We typically take a trip with Zach’s family during the summer but sometimes we switch it up and go during Spring Break! I was especially pumped for this year’s family trip because DISNEY WORLD!!! Mrs. Charlotte LOVES getting to tag along with us for many of our family trips and has really, really been wanting to have all of her grand babies together. We have only gone once as a big family and it was back when Kye, Colt and Payton were the only ones old enough to go (Britt was like 6 months old at the time and Mema came and kept her the day we did Magic Kingdom). You can read all about that trip here! (Spoiler alert but it rained the ENTIRE day which was actually a blessing b/c it cooled it down and helped some of the crowds dissipate!)

We couldn’t check Kye out of school early to head down because he had Field Day and we didn’t want to make him miss any of it so he was just a car rider that day and we hit the road. We made like crazy amazing time and the kids were DYING for Colt and Payton to arrive. It was precious b/c they just wanted to sit by the windows and wait! 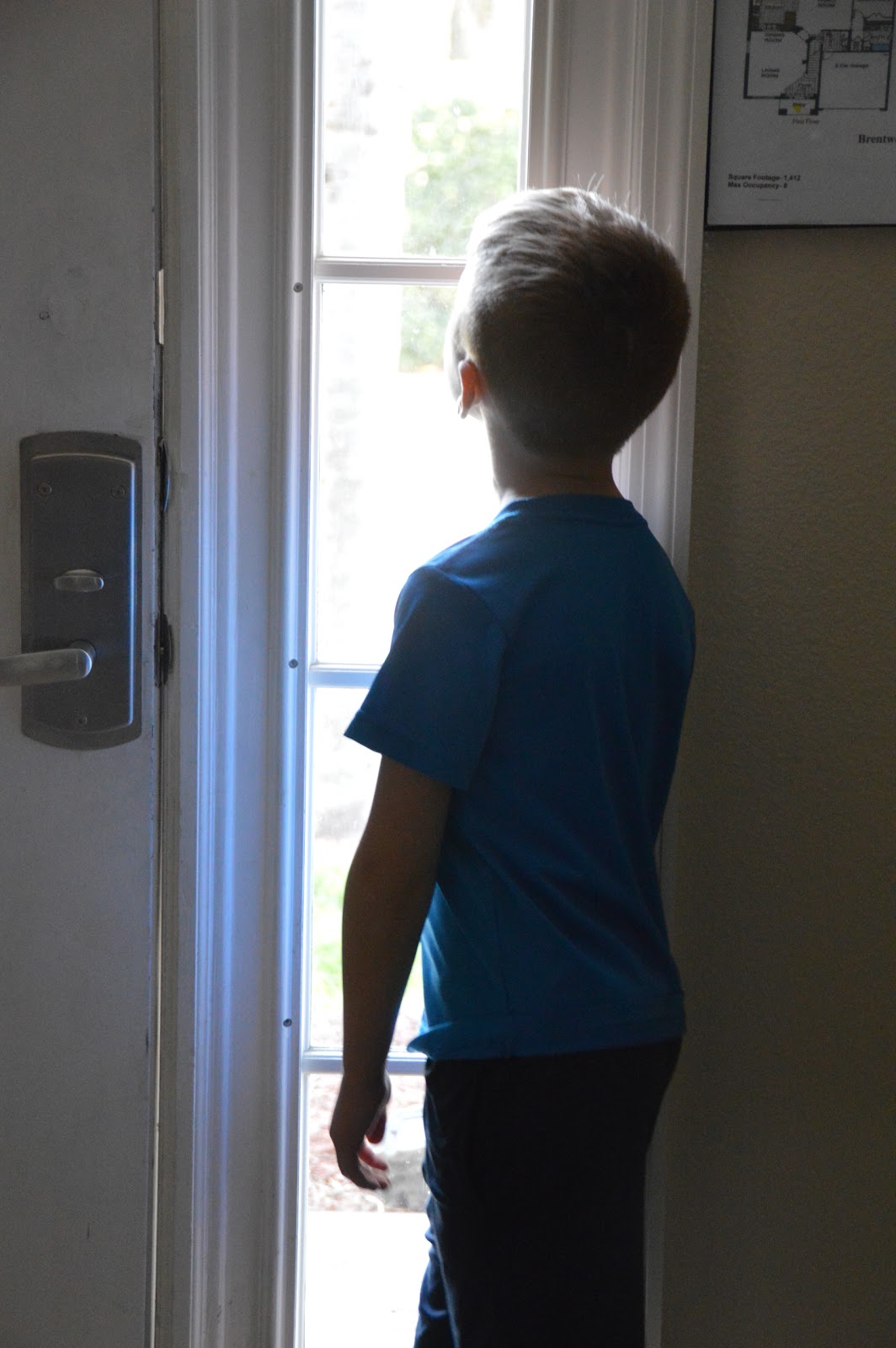 How awesome were these themed bedrooms?!?! 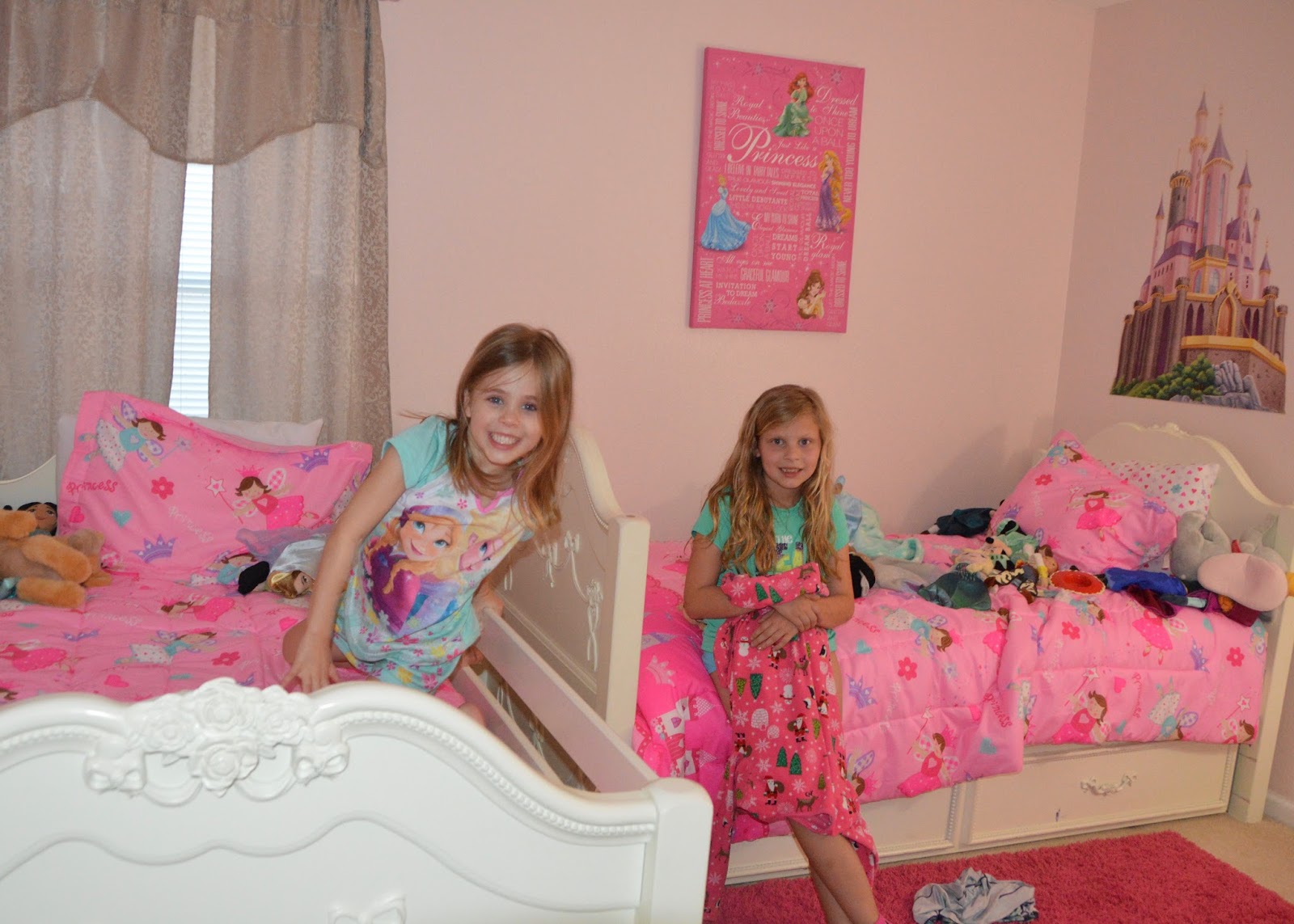 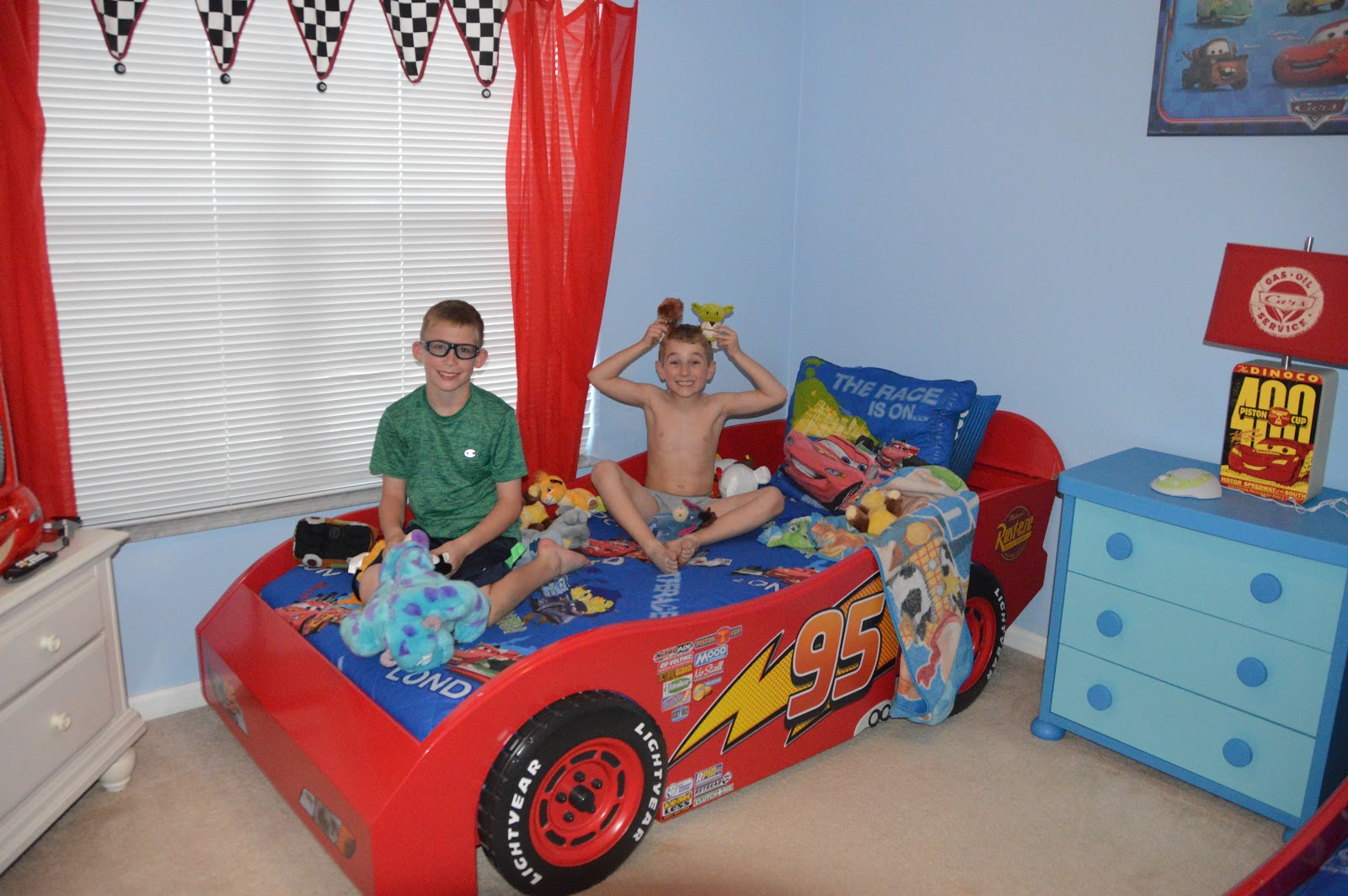 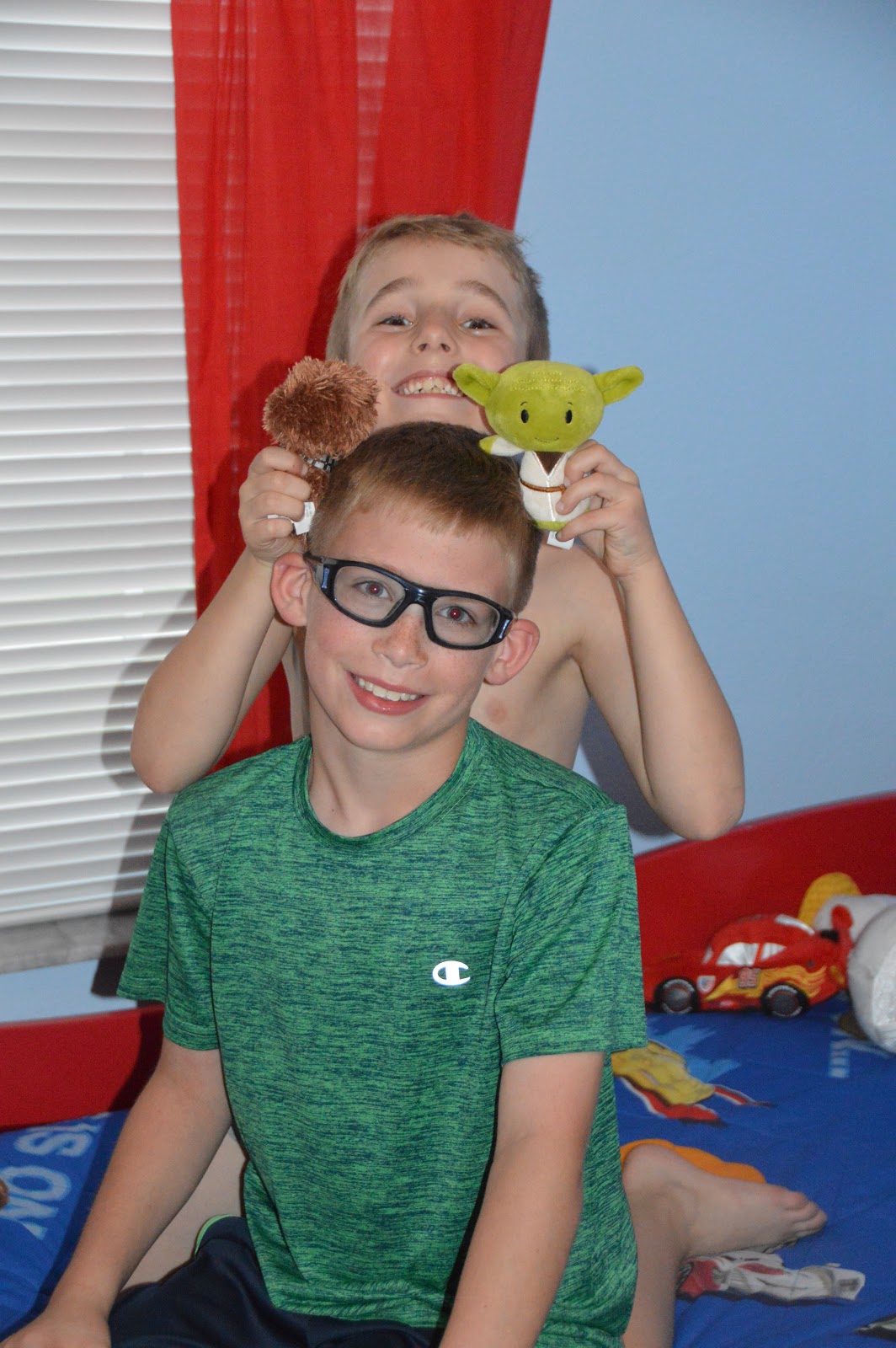 Every year on the trip Zach and Mr Rusty have some quality guy time together. Usually involving golf in some form or fashion! They spent that day together Saturday so the rest of us planned to just hang out at the rental house and enjoy the pool. We stuck on some Moana so we could all rest a little in the morning 😉 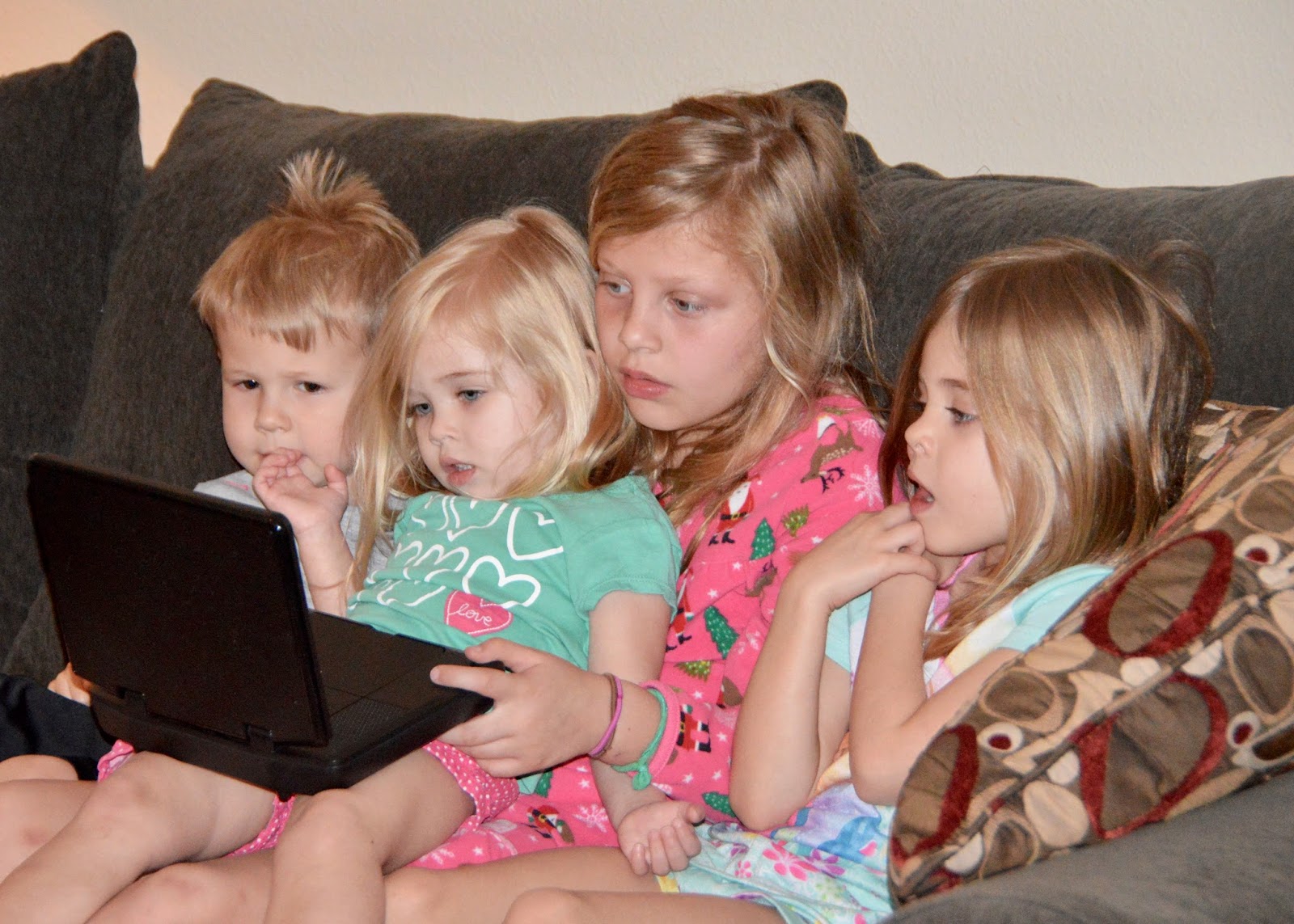 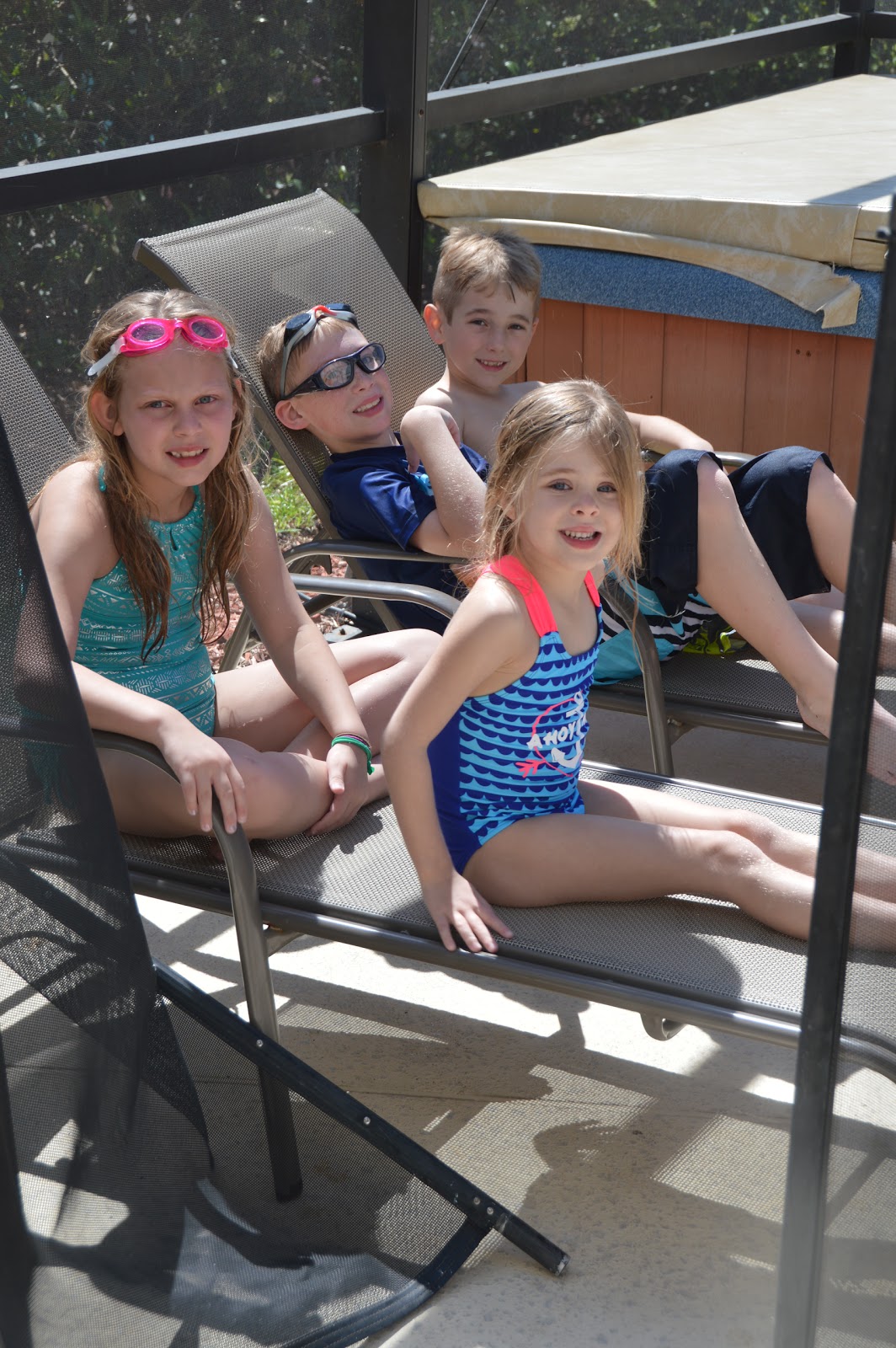 Lunch by the pool can’t be beat 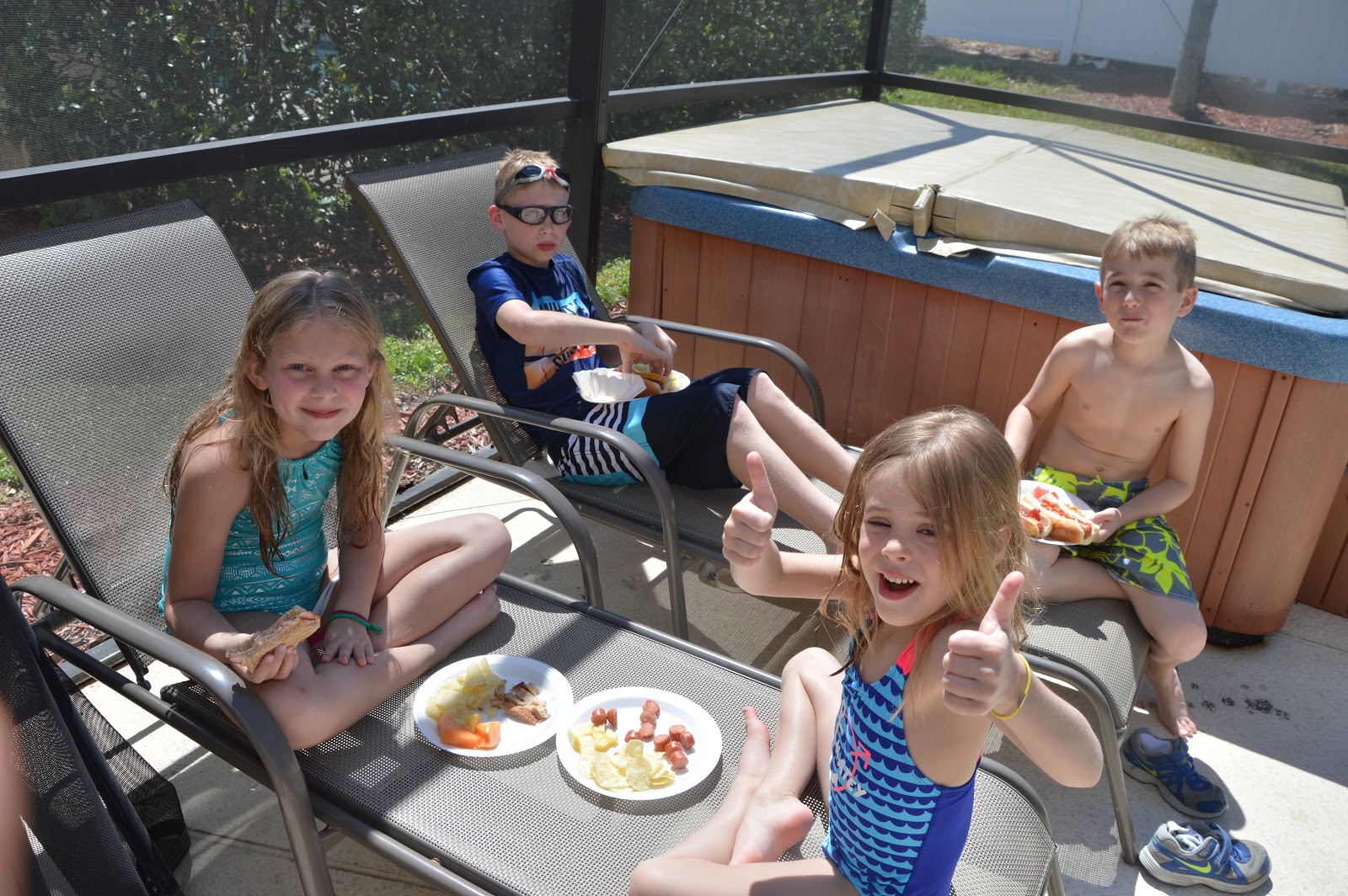 The guys were having a great day together! 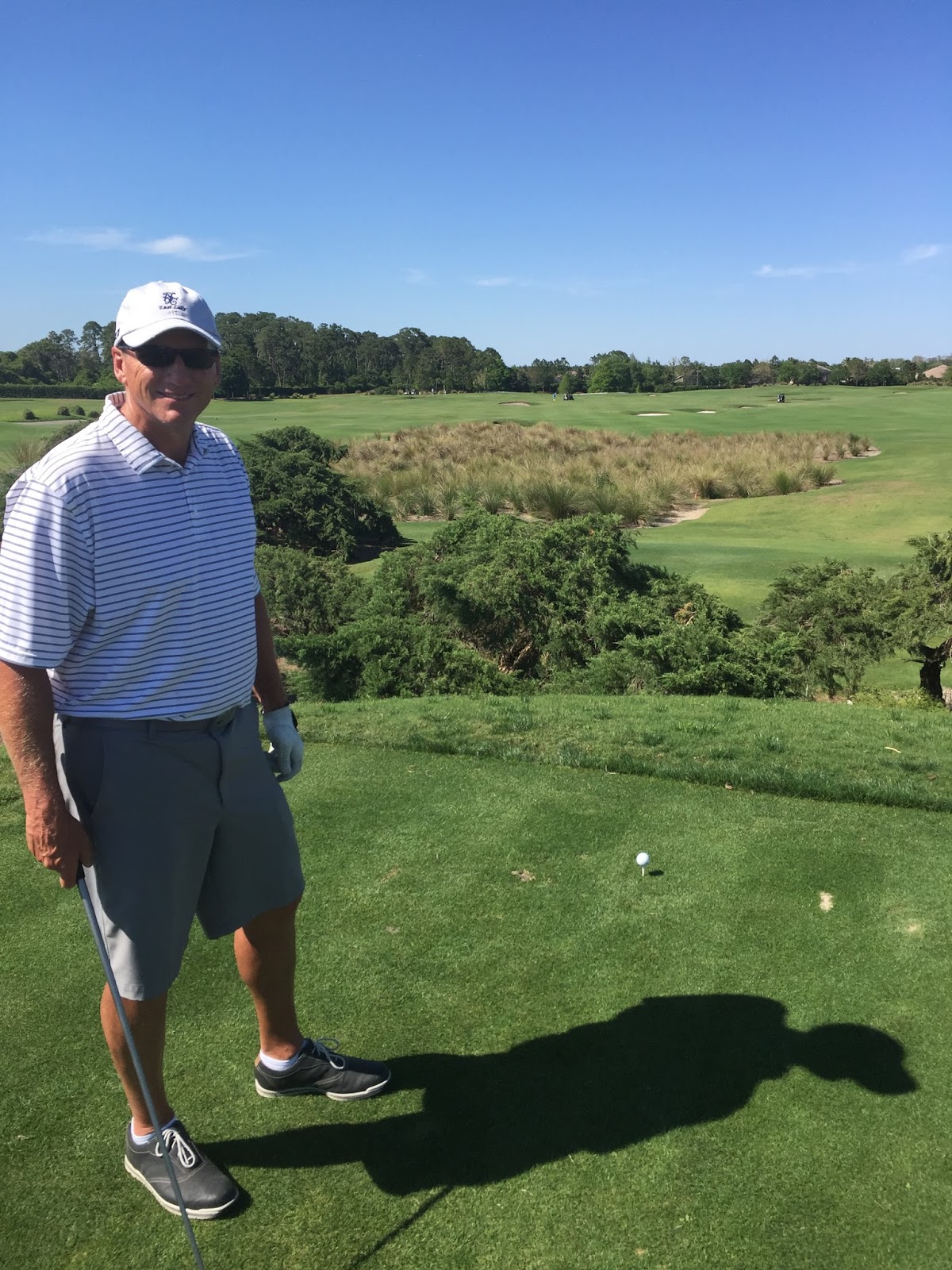 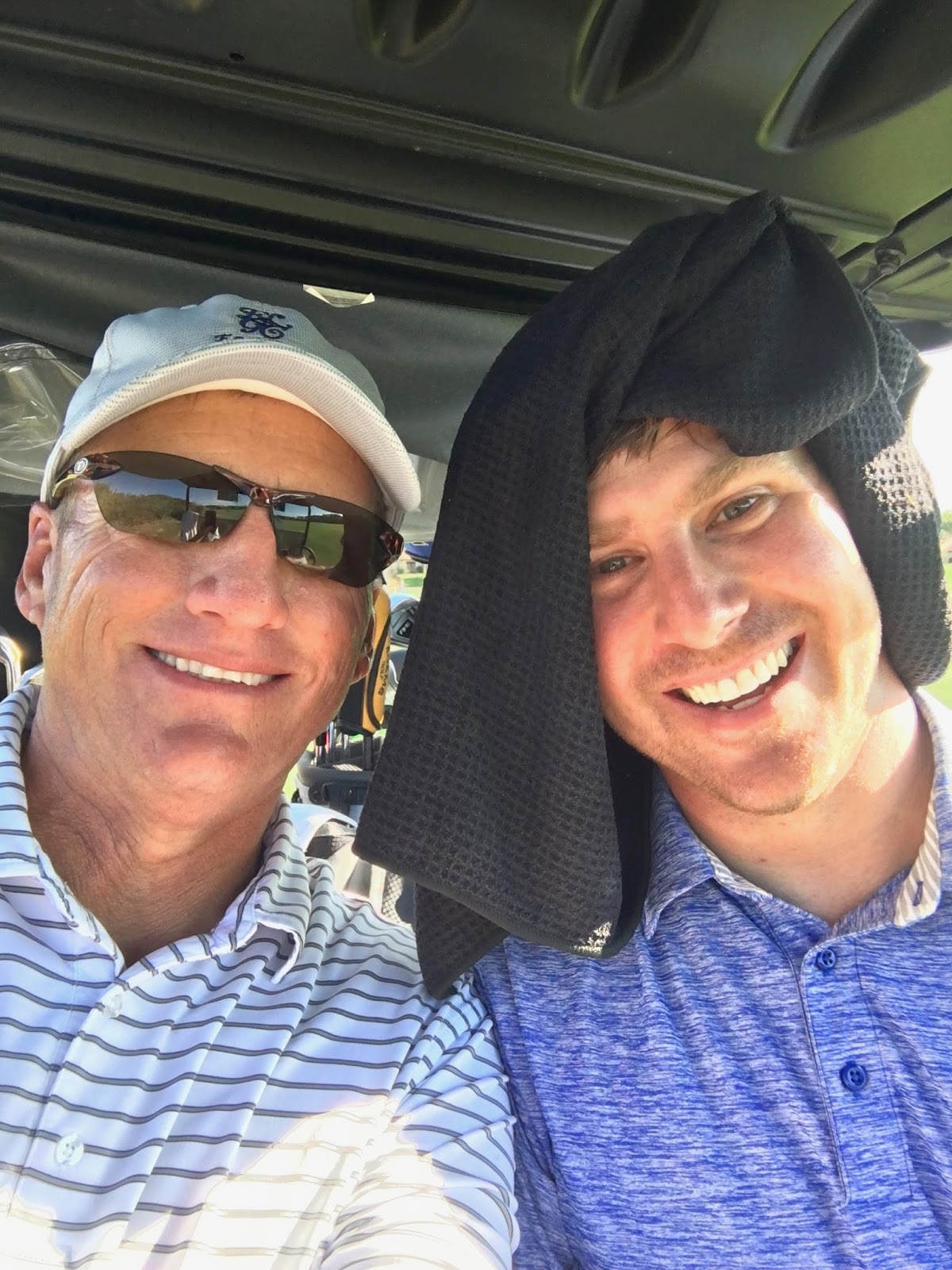 One lesson we learned that day that we will remember if we ever are able to purchase a rental house at Disney…get a salt system for the pool. Oh my goodness y’all the chlorine in that pool KILLED all of our poor babies’ eyes! They were miserable and pitiful! I don’t think it helped that the pool man randomly showed up and did chemicals while we were eating lunch and said we were good to resume swimming in 30 min. Should have def called off swimming for the rest of the day! 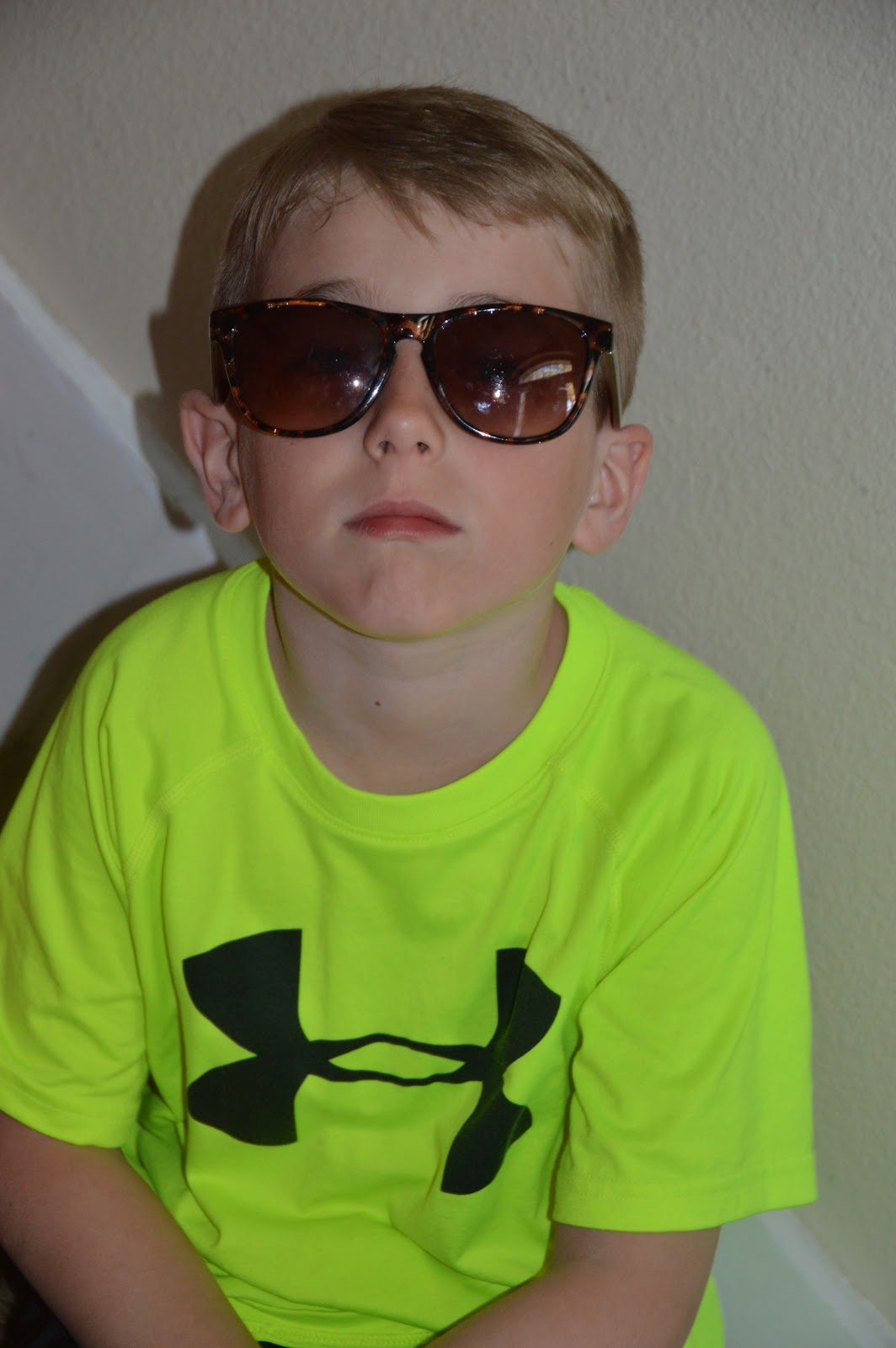 Dinner was casual and the guys weren’t going to be back until late so I figured why not go to Cici’s? We’ve always passed it on International Drive and haven’t ever stopped in and the kids LOVE it and it’s CHEAP!

I went to load the kids in the van and Britt called out to me from her seat that she was covered in paint. I was like “paint?!?!” I ran back to her side and realized that this child had some CRAYONS in her seat and had been sitting on them for who knows how long and that all day in the Orlando heat melted them. And legit it was like PAINT. All over her. All over her clothes. All over her seat. Courtney and Mrs Charlotte were already on their way to Cici’s so I had to hurry to make do and meet them there…yall know me and my life there is always a random story to tell ha! 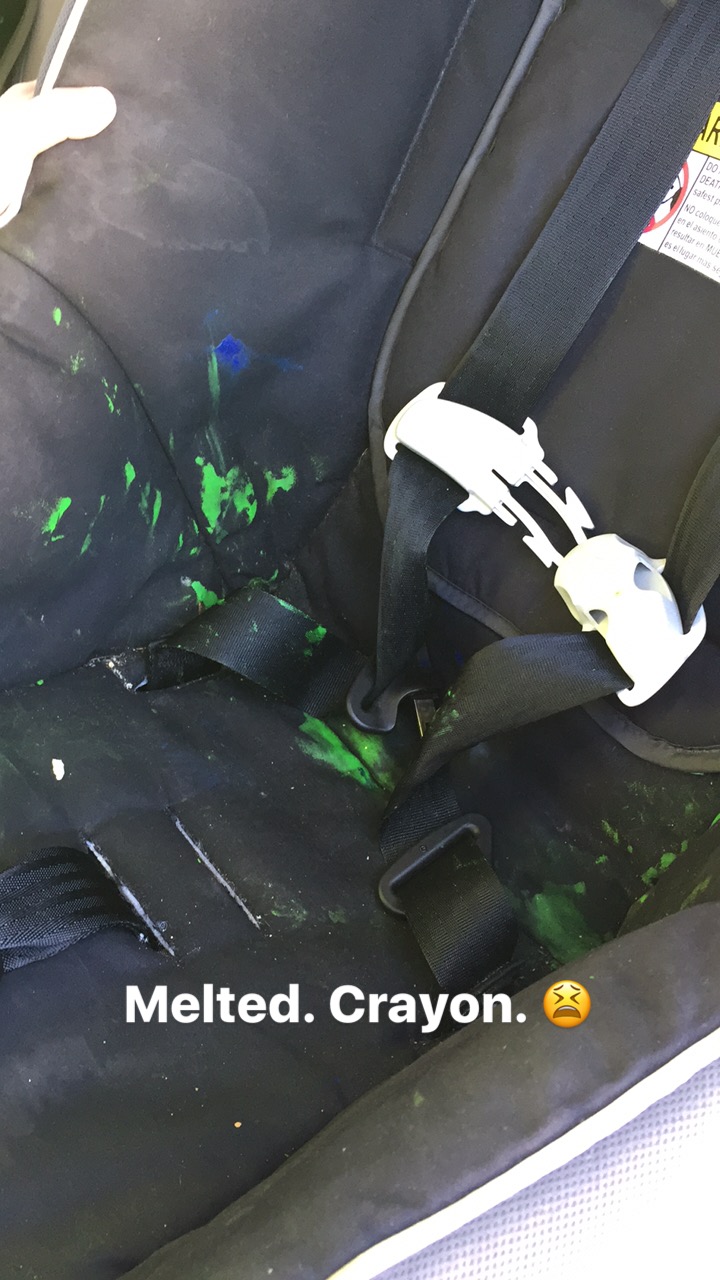 Ready to grub with our BFF cousins! (Minus Carter)

The pain on their faces is so funny…their eyes were legit painful! 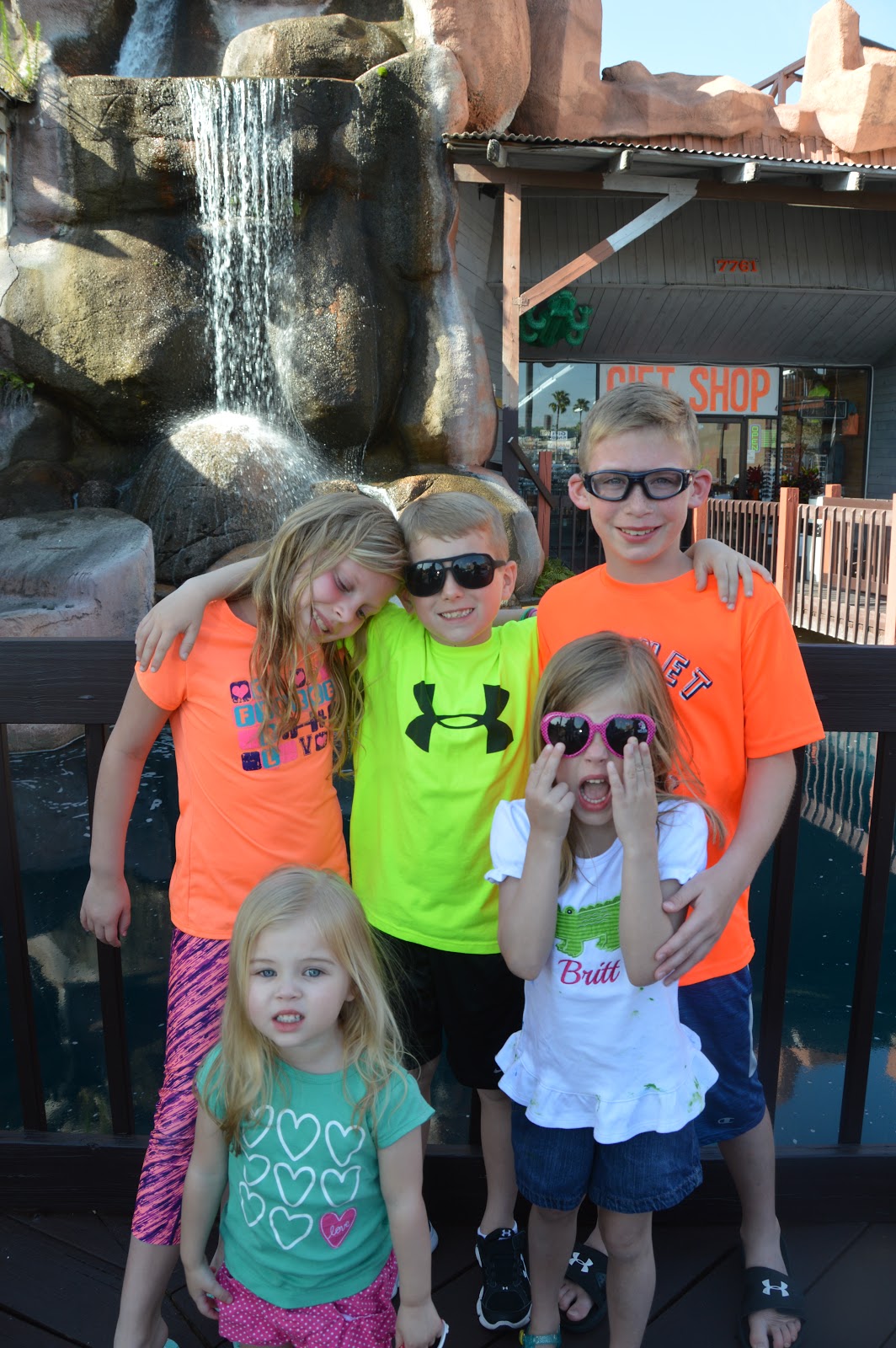 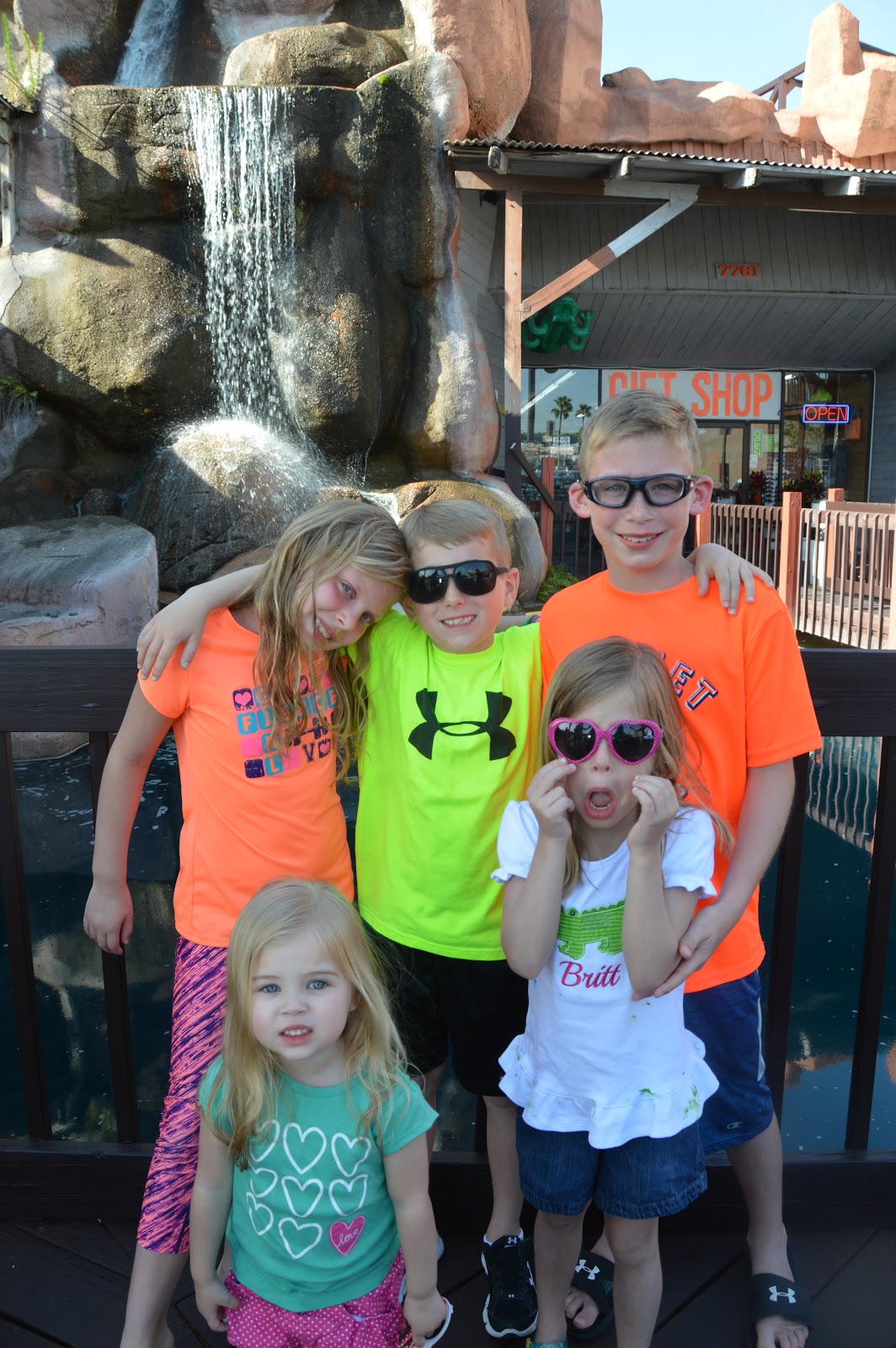 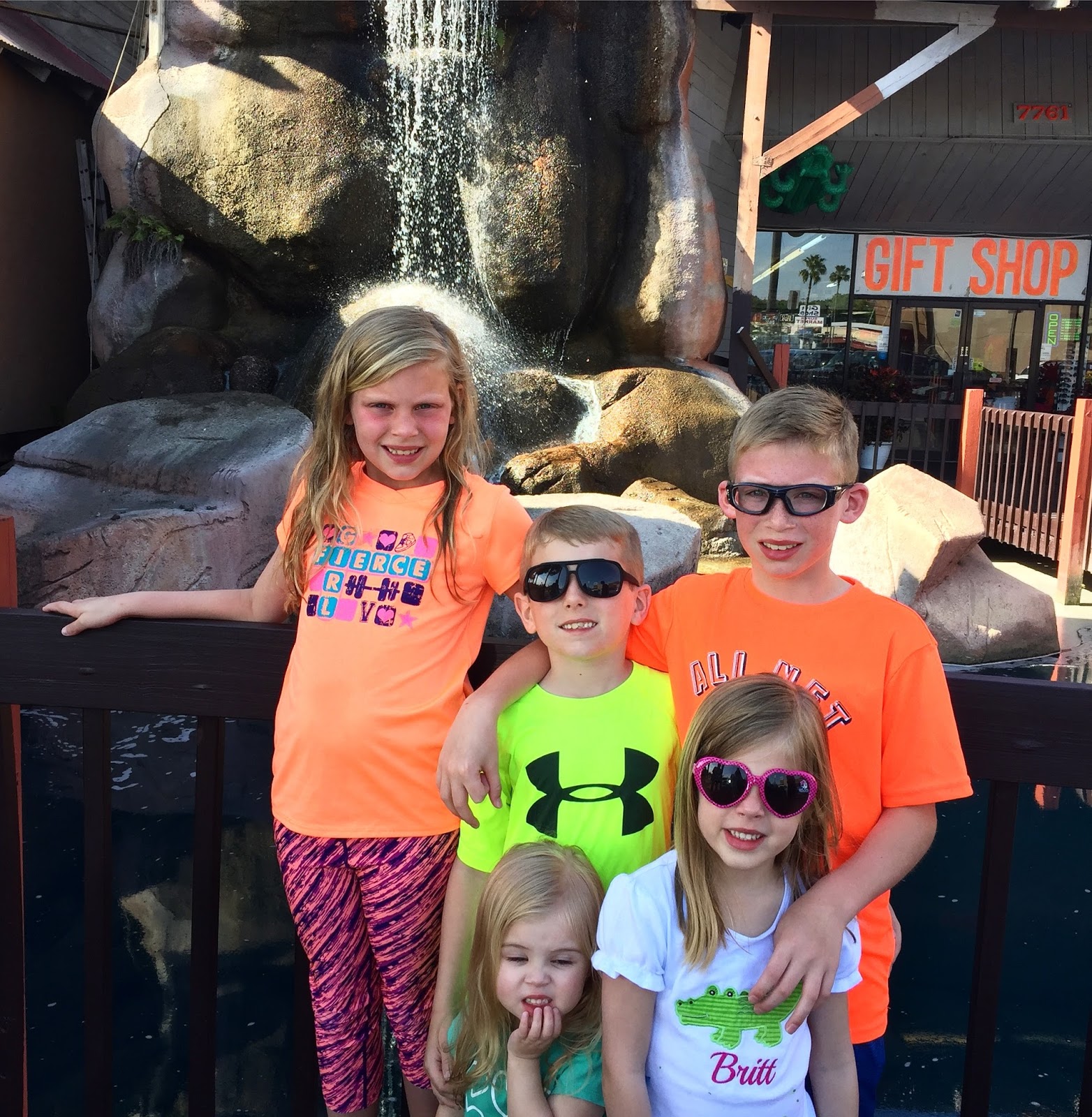 We had a great time at dinner and this adorable boy randomly fell in LOVE with me. Like he was just walking by and was wearing a Disney shirt so of course I said something to him about his shirt and then he wouldn’t leave me alone. Like kept coming back and talking JUST to me. Didn’t even look at anyone else at our table. He came back several times and wanted to hug me and I went over and talked to his family. It was so sweet! Kinda weird…but also sweet 😉 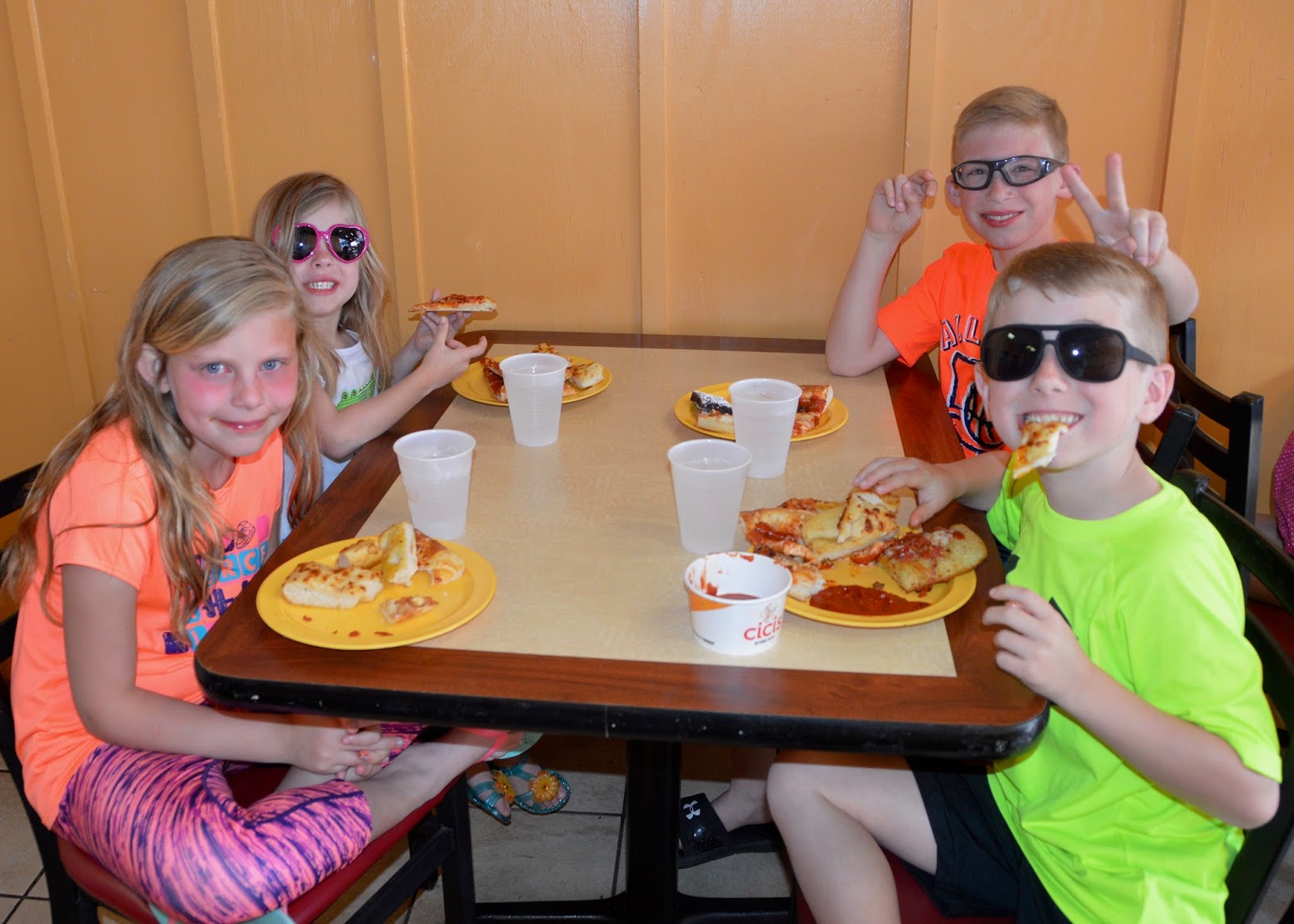 When we got back Mrs Charlotte was a woman on a mission about the crayon turned paint situation. Of course when it all happened Britt happened to be wearing her special personalized alligator shirt and Mrs. Charlotte was determined to get ALL the crayon OUT. She went to work on that while I worked on the car seat.

Tess is so funny when she’ll want to be in a picture. 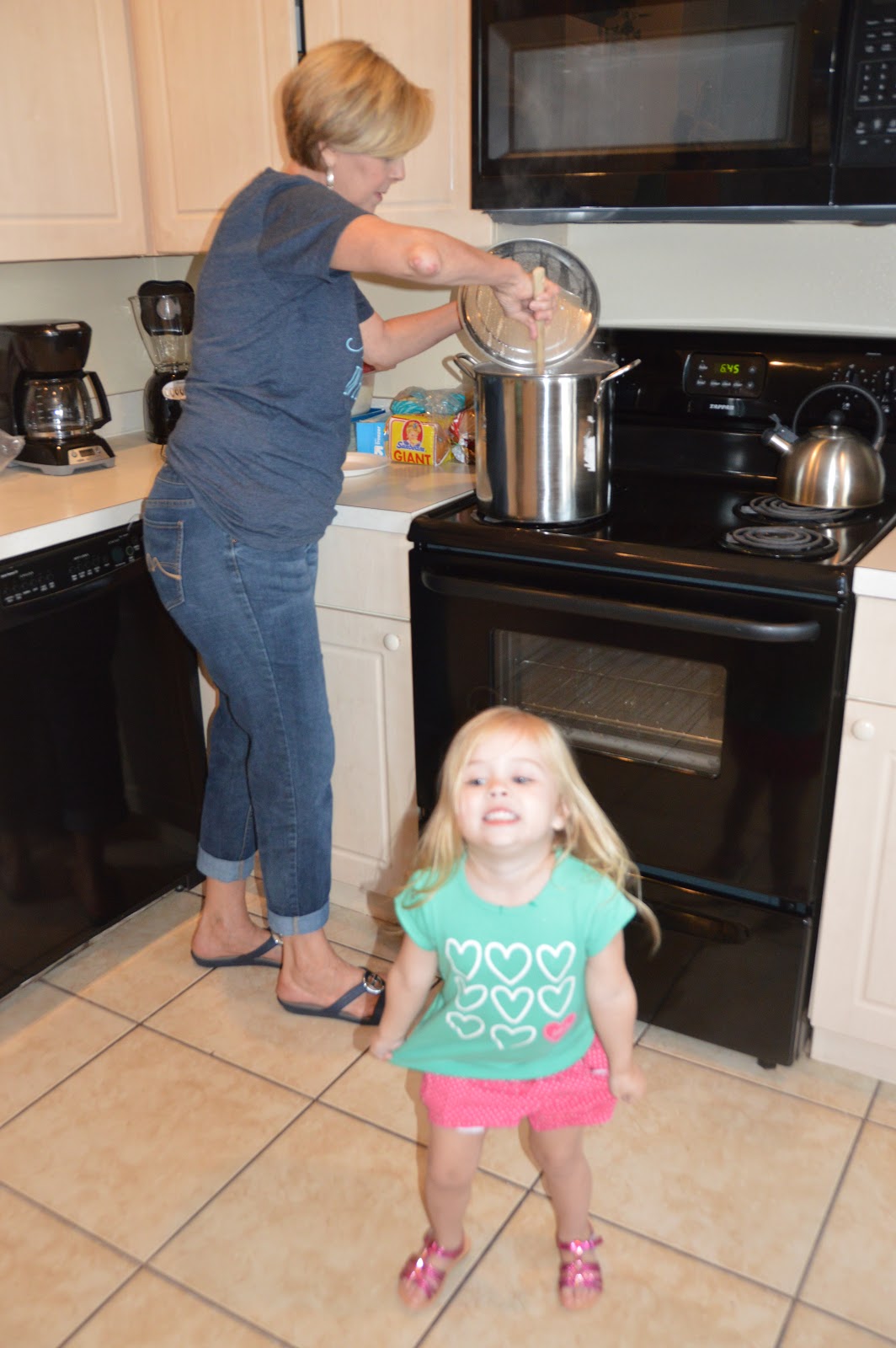 Her work on this reminded me when Kye was first born and Levi got into chocolate on our first night home from the hospital. My dad was coming to visit a few days later and I was stressing over the house and cleaning up dog puke/poop from the chocolate. Mrs. Charlotte swooped in and saved the day – like always! 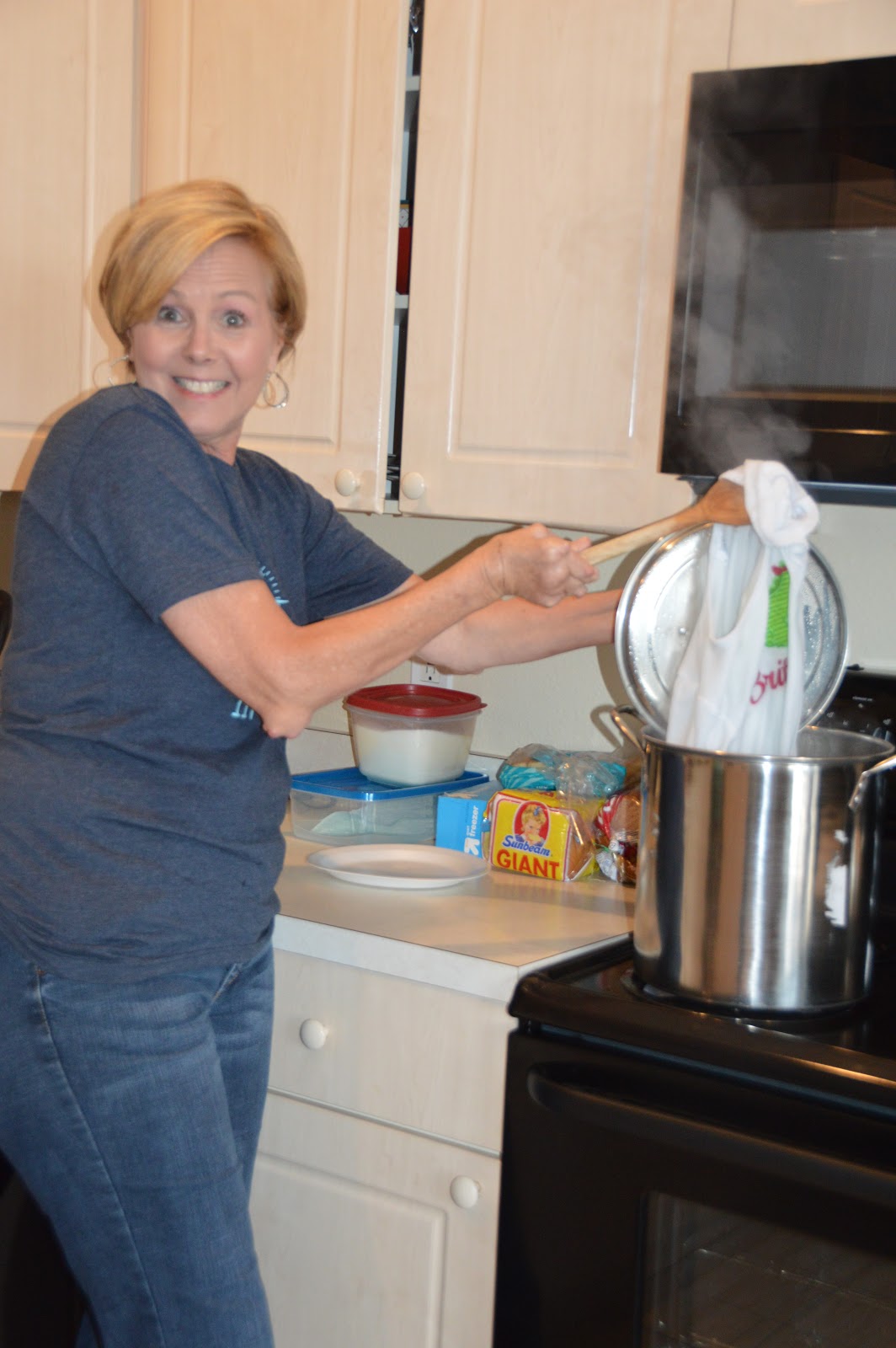 The good news is that her tricks worked and it all came out of the shirt! I also was able to get it all out of the seat…and when I went to clean the seat cover I discovered that the headrest of Britt’s seat was completely broken. The styrofoam piece was legit just being held on by the seat cover. If you have a Graco Size 4 Me 70…check it out. B/c when I got home I discovered that the second one we have ALSO was broken in the same spot! Crazy! And when doing research on it…it means the seat isn’t safe! I didn’t have a choice but to finish out the trip with it but had to make some new car seat purchases when we got home (posts to come on that!) 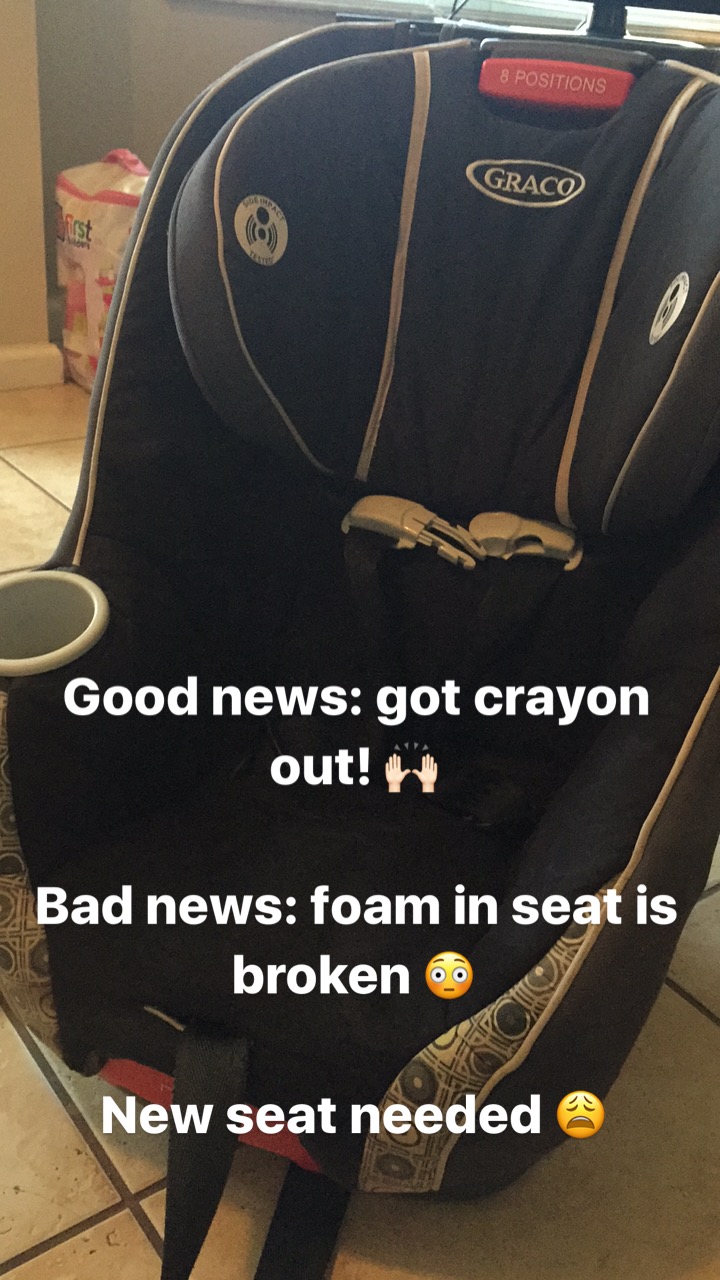 We wanted to get the kids down nice and early for our first BIG DAY! I love the bonds they share with their cousins and was so, so excited to see them all together at Disney!