The Parker family is typically not the type to plan things. It’ll be Wednesday and they will say “hey let’s go away for the weekend!” What does that mean for Zach and I? We can’t ever go! We (coughIcough) are planners and if you want to see us you have to make PLANS to see us. After a few years with me around, Zach’s family is getting the picture and starting to make plans in advance. We dubbed Labor Day as the time of the year for the whole family to go on vacation together. We actually started it two years ago while I was pregnant and continued it last year.


This year we went to Jacksonville Beach as it’s only a 2 hour drive and that makes it a LOT easier on those of us traveling with kids. Zach, Kye and I headed down Friday during Kye’s nap and Mr. Rusty, Mrs. Charlotte, Casey and Jordan (her boyfriend) went down a little earlier than we did. Courtney and Brad had to work so they came down in the early evening. The condo was AWESOME. It had 3 bedrooms, 3 bathrooms, TONS of living space, a HUGE dining room table (which could seat us ALL), and a beautiful view of the ocean. We got hooked up!

you can tell Kye was eager to check everything out 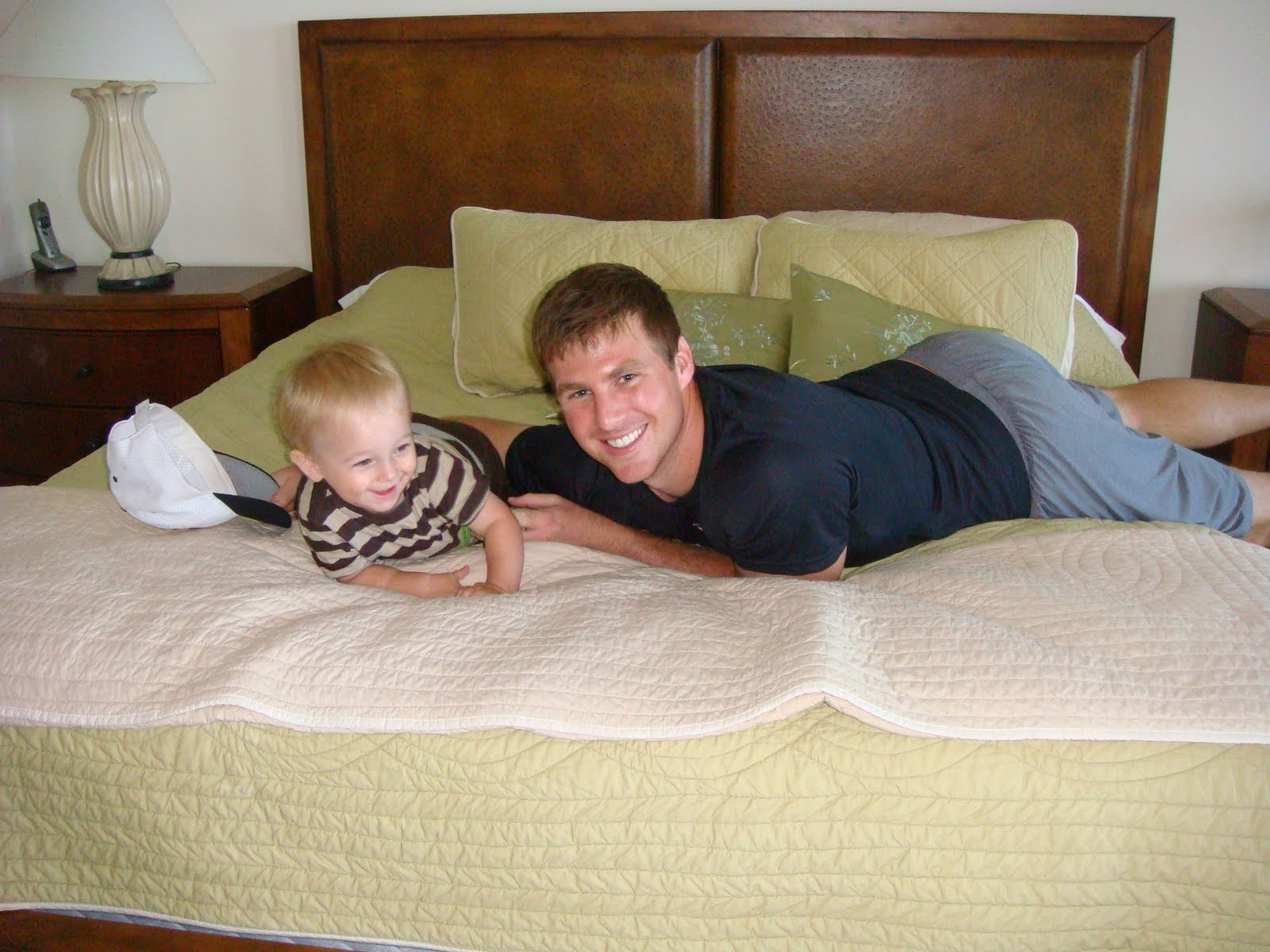 Zach and I were looking around the place and we went to find Kye and this is how we found him! 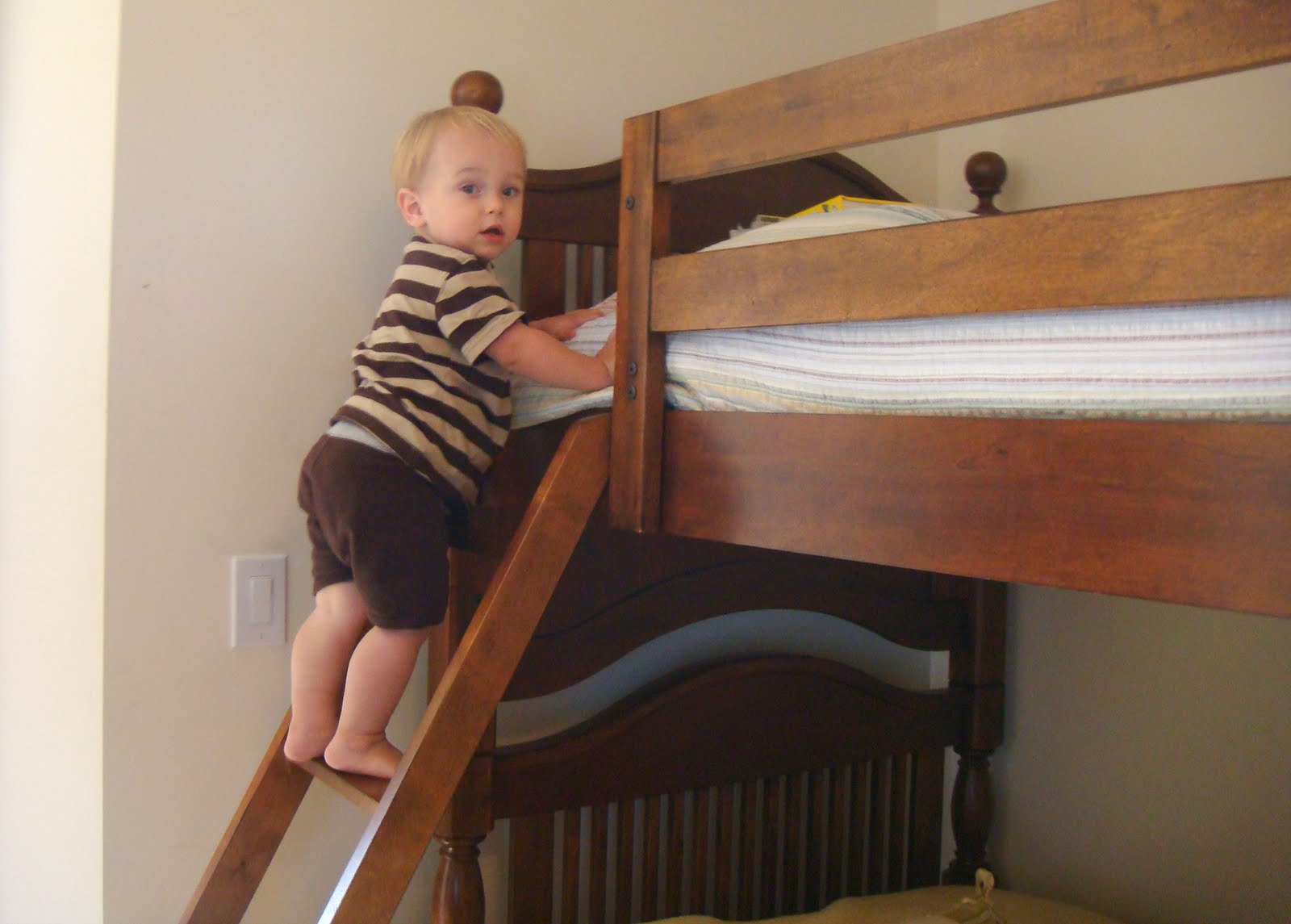 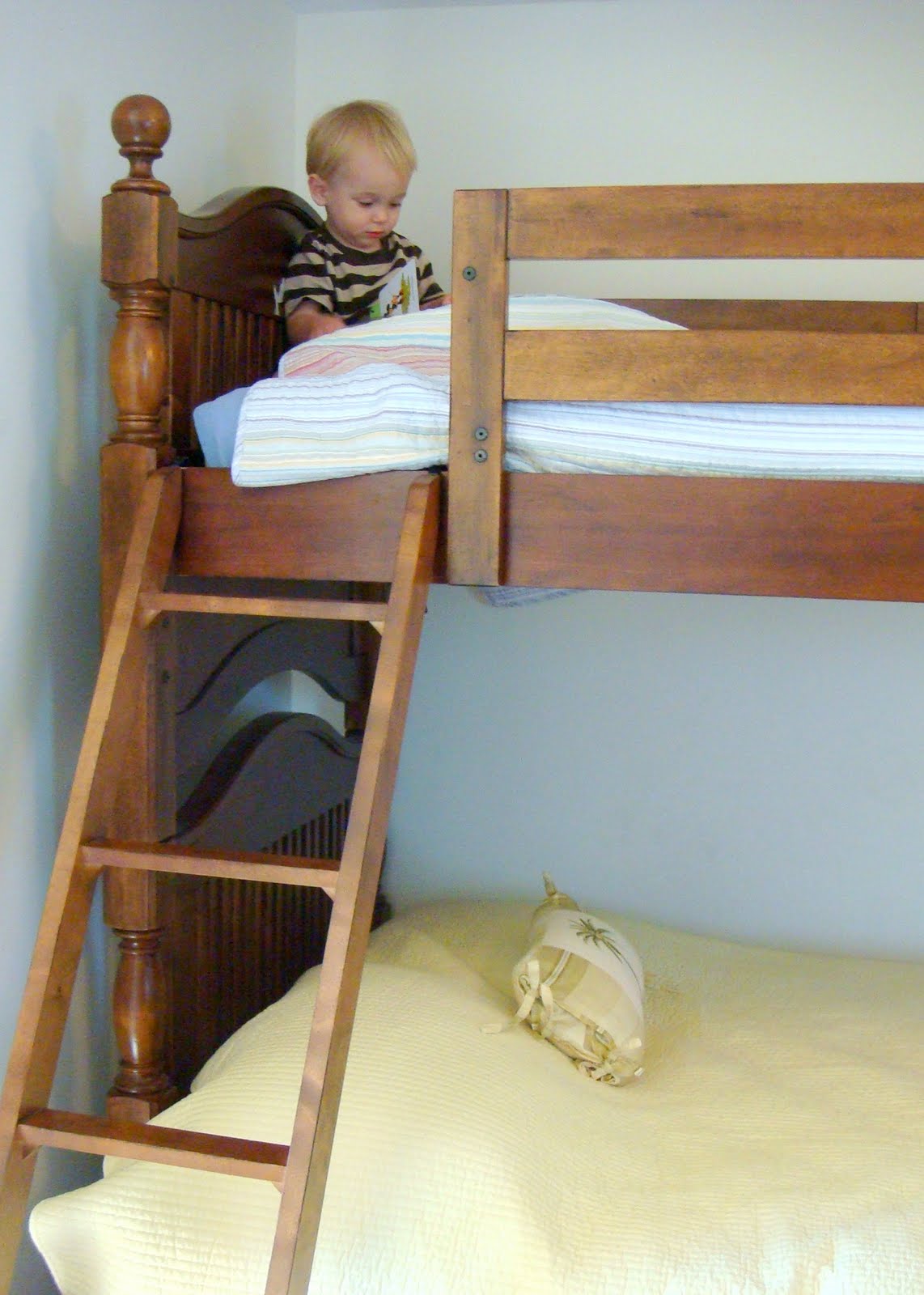 With the hurricane off the coast the waves were INSANE that afternoon by the water and I was pretty much ready to go back inside as soon as we even went out there. The guys were all pumped about the great waves and loved some boogie boarding but Mrs Charlotte and I weren’t too crazy about having to worry about my child getting taken out to sea! We let him play in the ocean for a bit but quickly went to the pool before heading back up for the night. 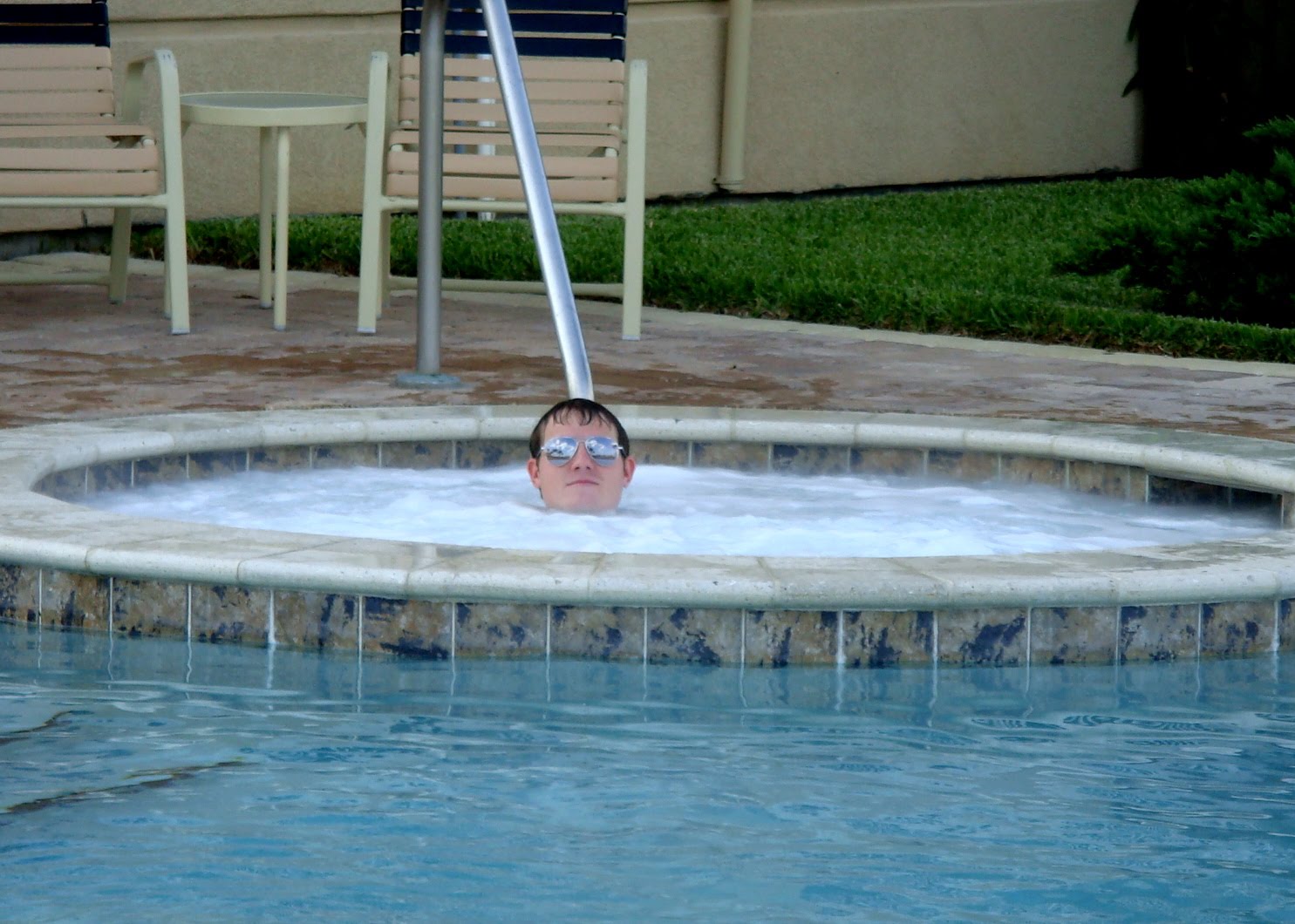 Friday night was a girls night out because the guys couldn’t live without seeing the HIGH SCHOOL football game. They were freaking out and panicking because they couldn’t figure out how to watch it on their computers. Don’t worry, Jordan saved the day by figuring it out (but, of course, Zach got all the credit since he figured out how to make the video full screen). When the ladies left for dinner this is what our guys were doing: 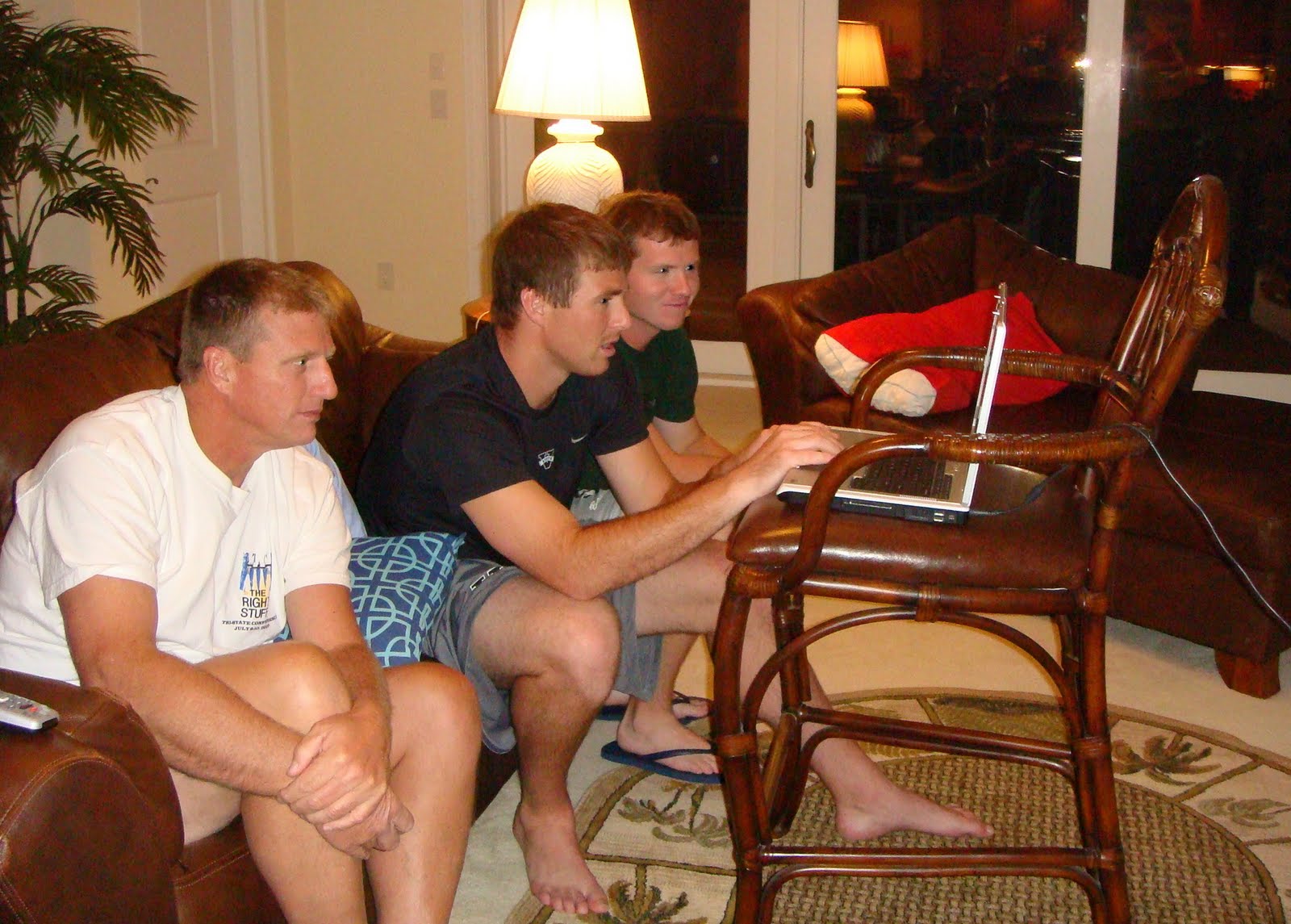 glad to be leaving that scene! 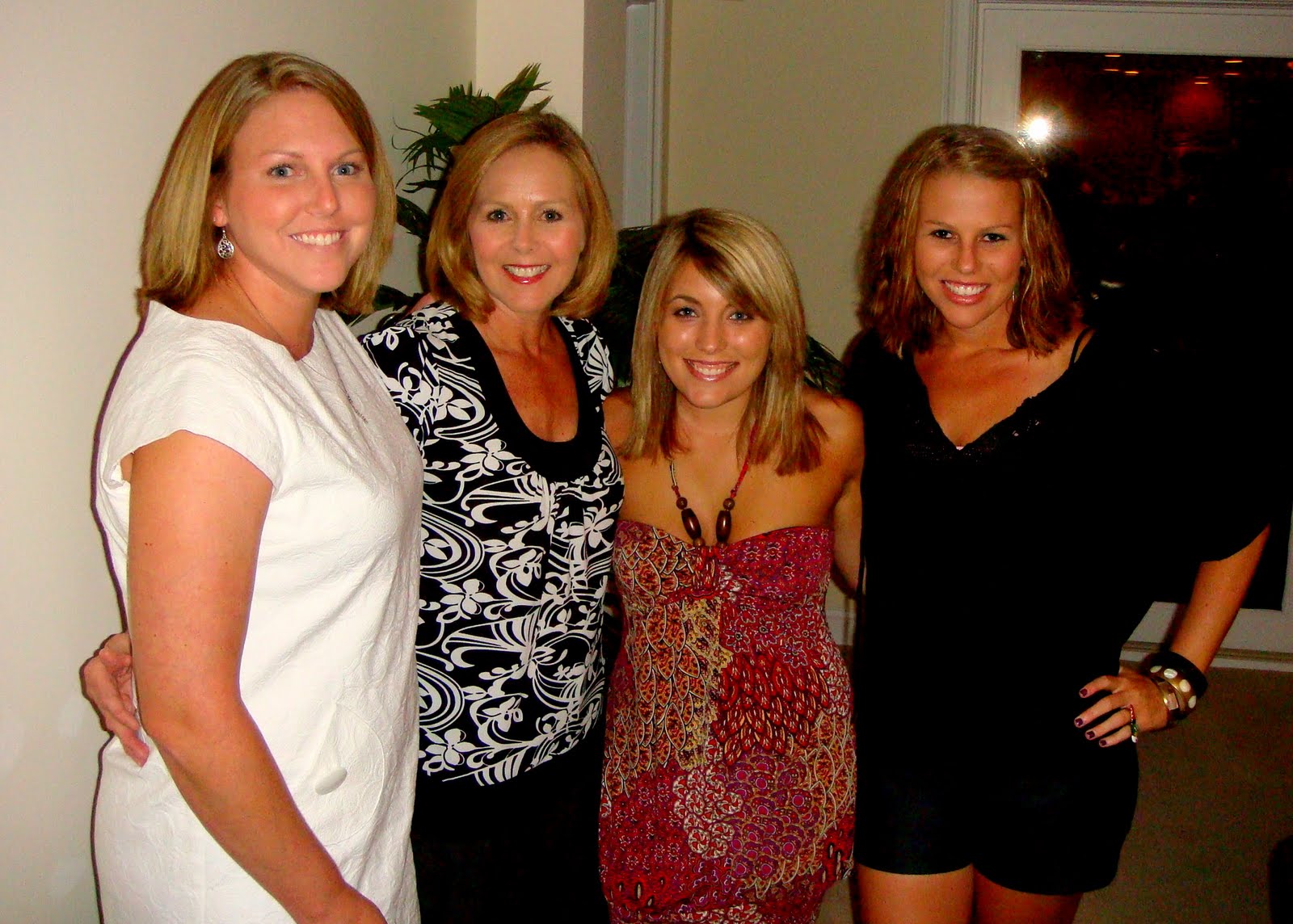 For dinner we decided to go to California Pizza Kitchen. I haven’t eaten there in a MILLION years and it was soooo good. The service was a little lacking but we didn’t mind more time to chat it up. There is never really a silent moment with this crew!

Courtney was so lame ordering a turkey sandwhich haha 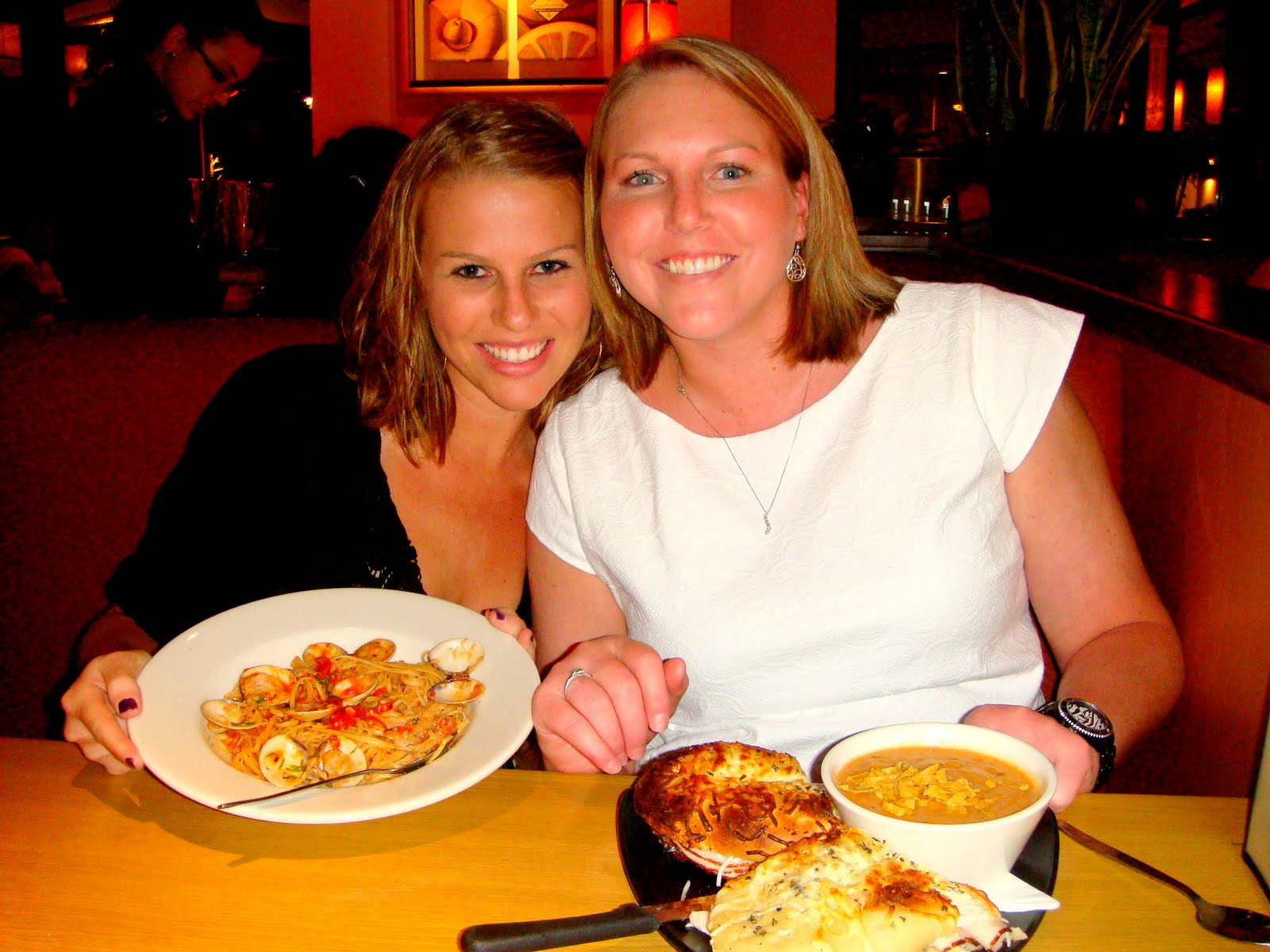 I ate this ENTIRE pizza by myself – no joke! After dinner we headed over to MOCHI! You may remember from my trip to Gainesville that I am in LOVE with that place. I seriously want to open one up in Valdosta. I’m not kidding! It was about 10:45 by the time we got there and the line was OUT THE DOOR. That place is a booming business and I for sure helped them out with my cup.

You pay by the ounce so they weigh your cup when you check out…almost a pound for me and YES I ate it ALL! 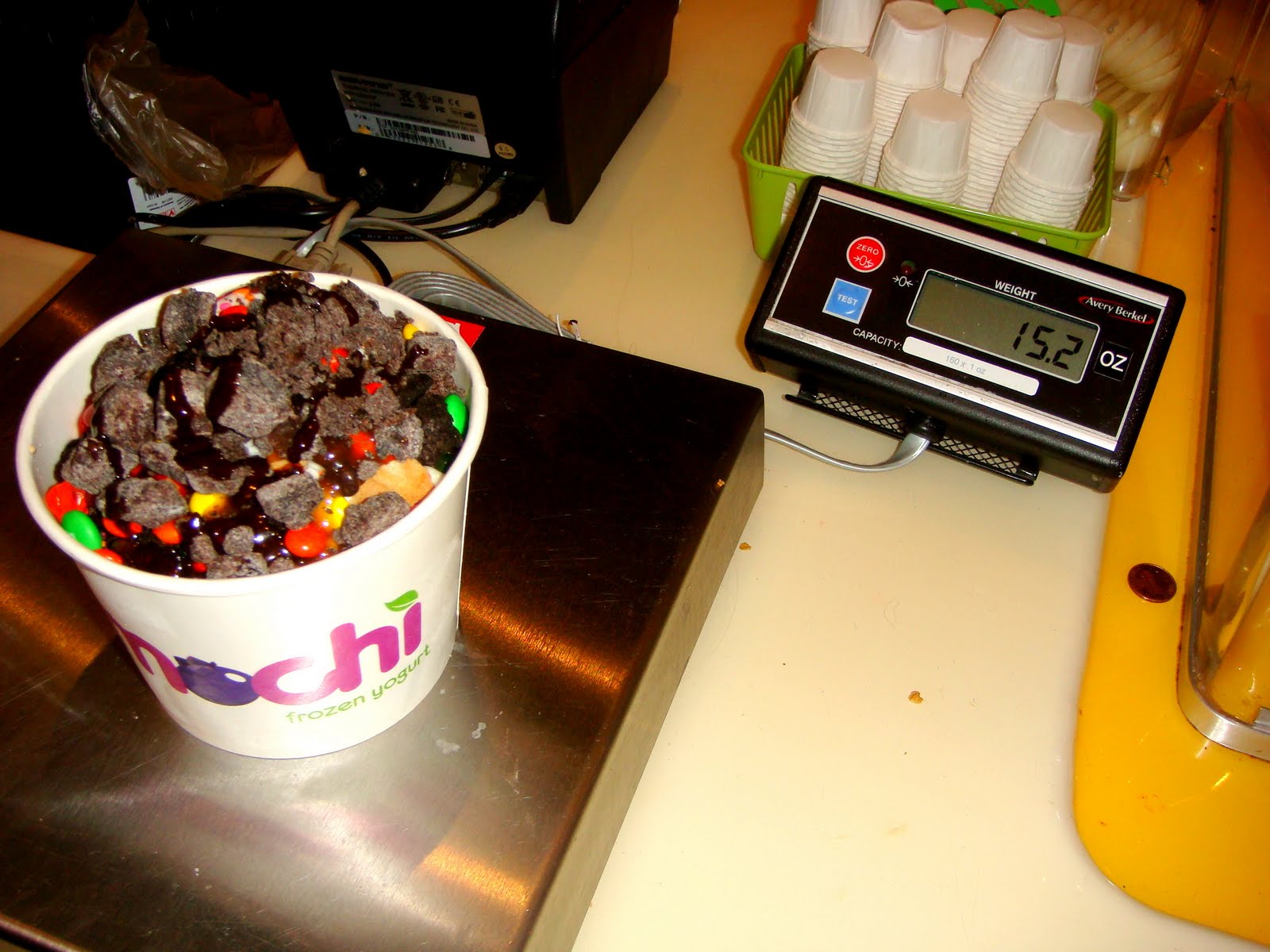 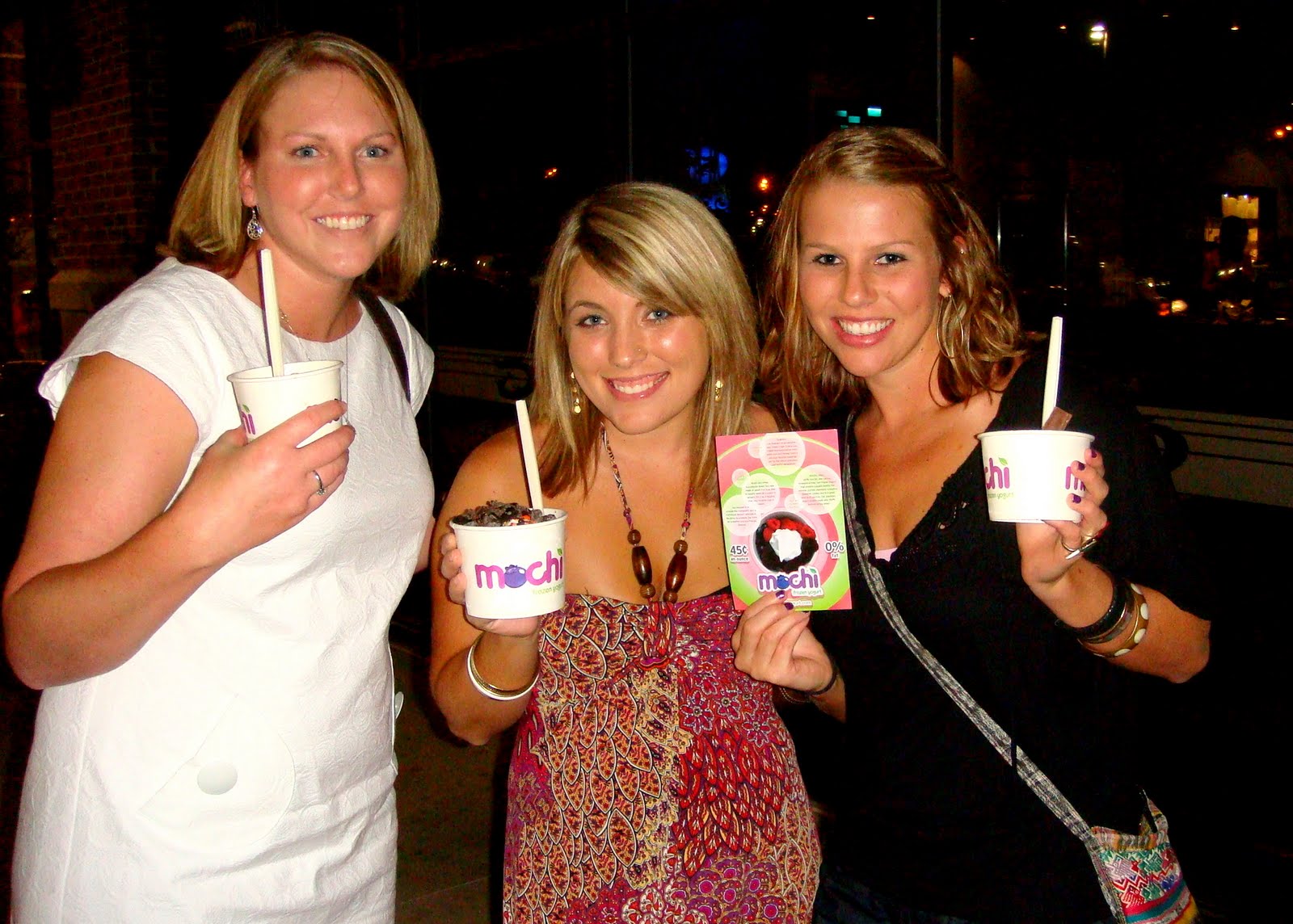 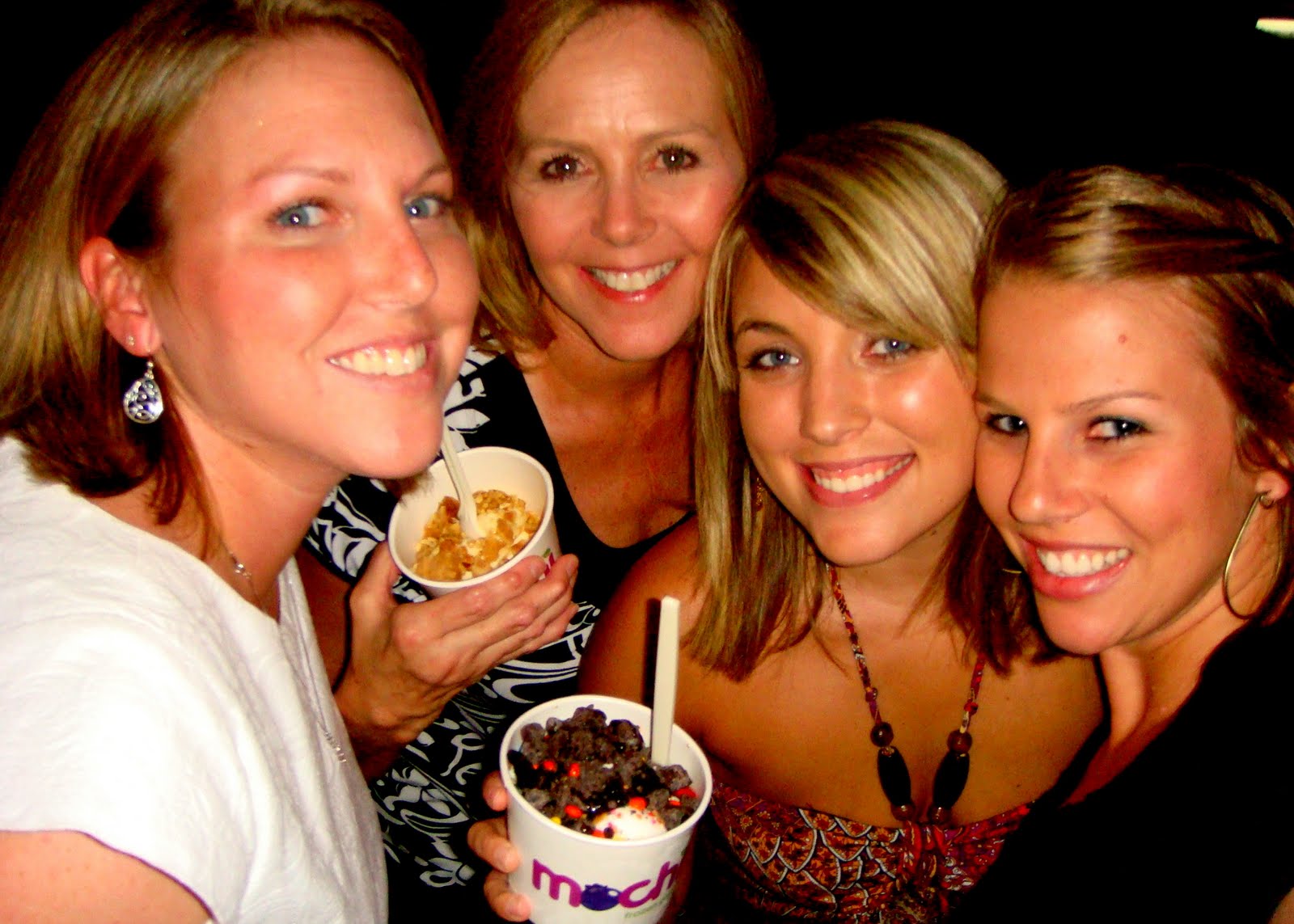 It was a LATE night to start off the trip! We didn’t end up going to bed until after 1 and then we shared a room with Casey and Jordan (Kye slept in Mr. Rusty and Mrs. Charlotte’s huge closet, Jordan slept on the top bunk in our room, we slept on the bottom full-sized bunk, and Casey slept on a pull out trundle) so we stayed up even later joking around with them. You know it’s going to be a good vacation when it starts out with some Mochi (and for those of you who care, Lowndes lost the game that night so the guys weren’t too happy)