Parenting Inside the Funnel

My biggest struggle so far as a parent is resisting the tendency to parent outside the funnel with my children. I’m so thankful I’m a “Babywise mom” as I am able to pick up my copy of Toddlerwise and read how it reiterates the importance of avoiding this on page 36: “By “outside the funnel” we are referring to those times when parents allow behaviors that are neither age-appropriate nor in harmony with a child’s moral and intellectual capabilities. To allow a 15-month-old child freedoms appropriate for a 2-year-old, or a 2-year-old child freedoms suitable for his 5-year-old sister, is to parent outside the funnel. Such freedoms do not facilitate healthy learning patterns – they only contribute to confusion.”

I am so thankful the Babywise series of books touches on specific parenting matters for each age group and the concept of parenting inside the funnel is one that will provide moral training for many ages to come. I believe strongly in proactive parenting, intentional parenting, parental authority, time obedience, and establishing a moral foundation with my children where they know I will request respect from them in our home as their training to be adults. 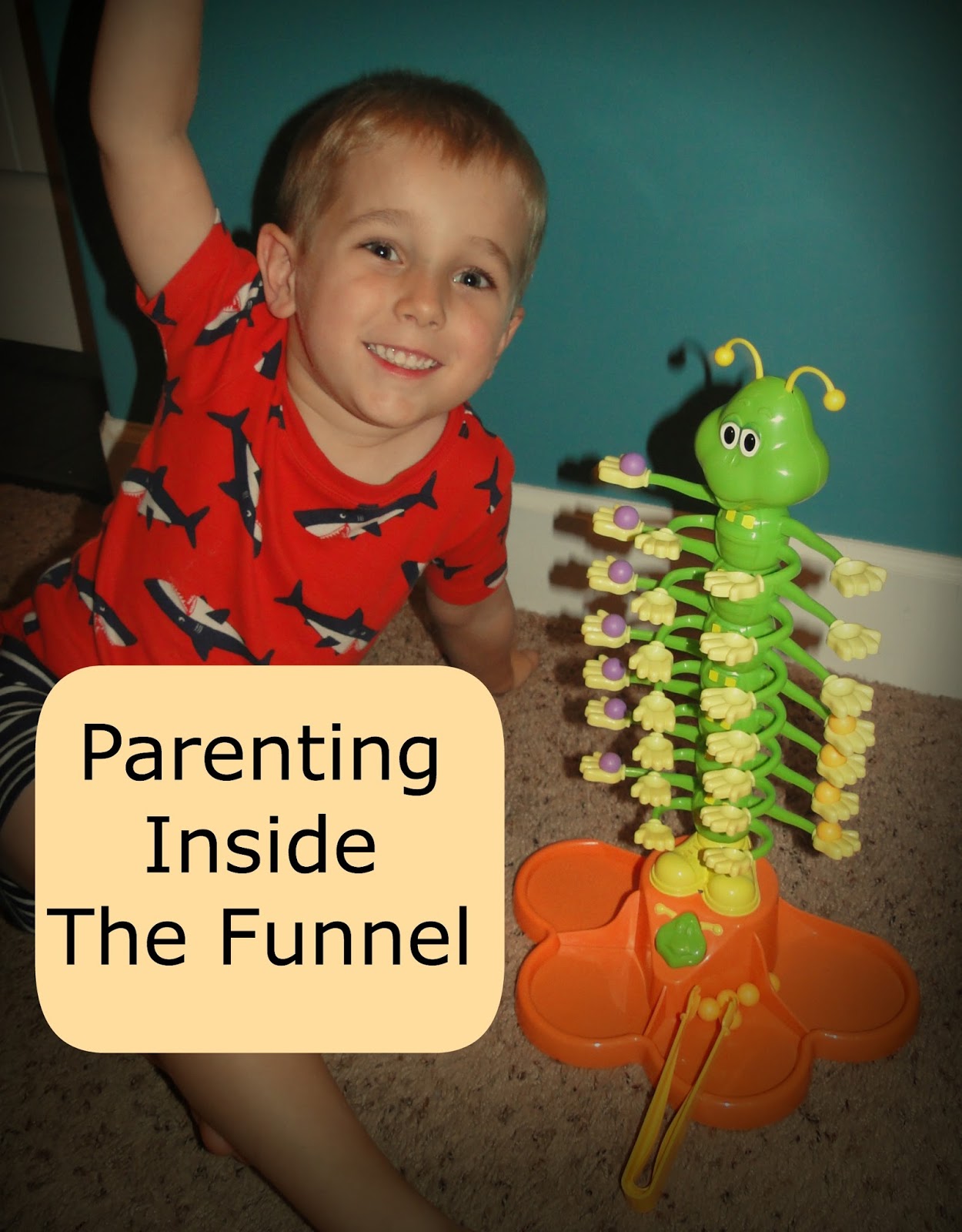 When Kye, my now four year old son, was my only child I didn’t struggle as much with this issue. The only time I really found myself parenting outside of the funnel was when he first developed the ability to use language. As he was more and more able to express his wants and desires I caught myself giving him more control and asking him what he wanted, thus putting him in a position of power over me.

By giving him too many choices (freedoms) I caused confusion for him which lead to behavior issues. At meal time he’d say he wanted more raisins and I would give him more raisins. But then he’d ask for more raisins and I’d want him to eat his beans first and we’d end up in a power struggle because he was used to making the decision as to what he’d eat.

This can quickly create a “wise in their own eyes” attitude where children take on the leadership role in a family. (Be sure to read my post here on this topic and how to prevent and correct it if it’s an issue in your home!)

Thankfully, I realized early on that this was something I struggled with and I took back over the control of meal times as well as all other areas of decision making. There aren’t too many age appropriate decisions for a toddler to make, right? 😉

Once I had Britt, my daughter, it became much much harder to parent her within the funnel. Instead of just one funnel to worry about, I now have two. In every situation I have to think about what is age appropriate for a four year old (Kye) and what is age appropriate for a twenty month old (Britt). My struggle typically becomes allowing her too much freedom and treating her older than she really is.

Recently Kye became old enough to handle eating whole grapes without me cutting them up into slices for him. Britt naturally wanted her grapes whole as well since that’s how her brother’s were and would fuss and fuss about it at lunch time. I gave in, thinking (as I often do with her) that it “wasn’t fair” for her to see him getting something different than she was.

However, it’s not age appropriate for a twenty month old to eat whole grapes. It’s dangerous and not something I feel comfortable with. I had to have a reality check and remind myself that I am the parent and SHE is the child.

Things won’t always be fair nor should they be and that it is okay for her to fuss about getting sliced grapes instead of the whole ones. I went back to cutting hers into quarters and she was FINE about it. Barely any fussing at all and I knew she was eating in a safer way.

I have to often remind myself of the funnel and literally stop what I’m doing and consider whether or not something is age appropriate for each of my children. Kye being the older child I think I often tend to not allow him freedoms when he is ready for them whereas with Britt being the second child I think I allow her too many freedoms too soon. 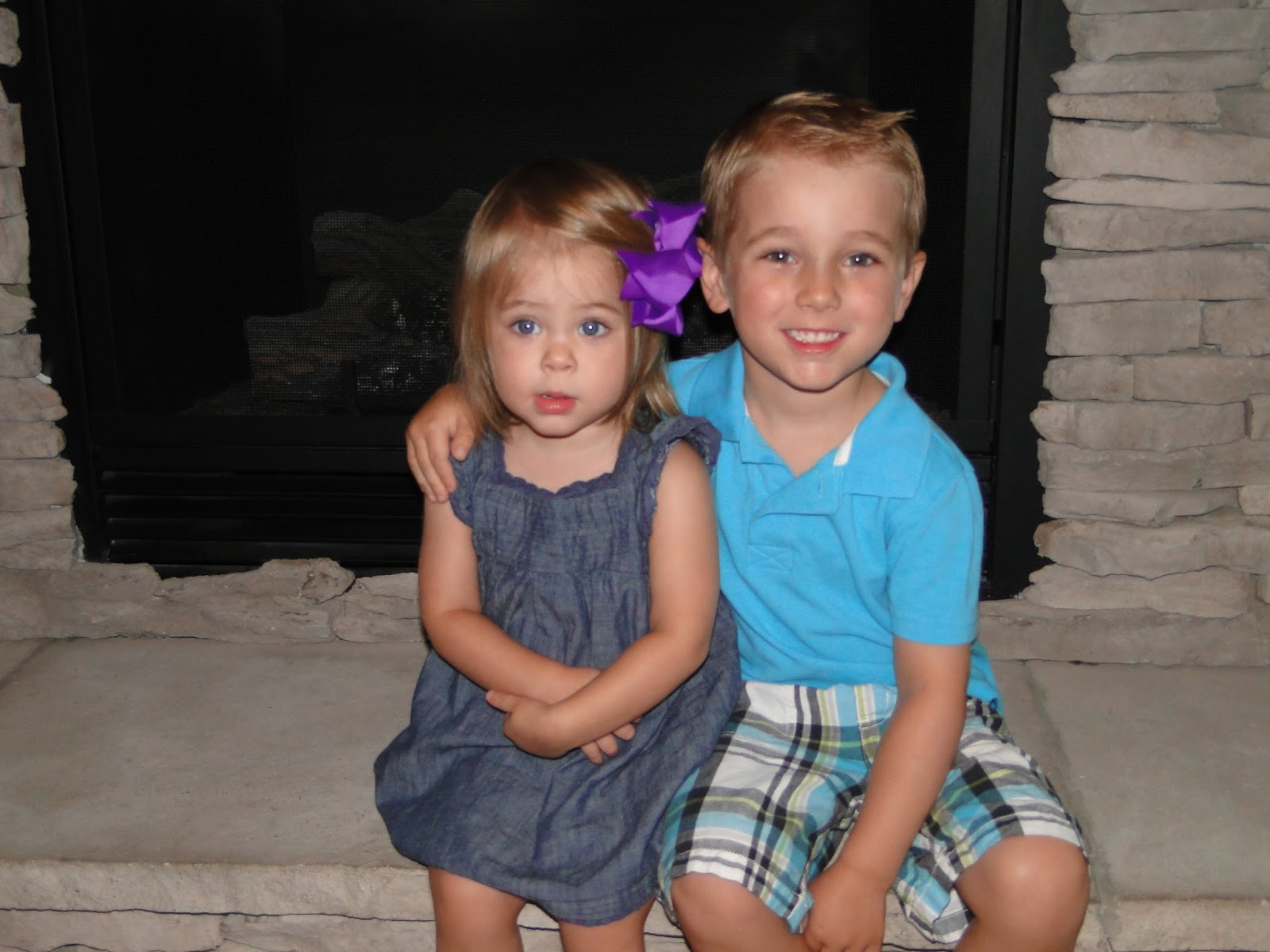 I also catch myself expecting more from Britt than I should. I have to remind myself of the funnel not only to make sure I have age appropriate freedoms for Britt, but also age appropriate expectations. We require Kye to always reply with either “yes ma’am” or “no ma’am” and naturally we expect Britt to respond the same way.

Hearing her say “no” gets under my skin and I find myself irritated with her for not saying “no ma’am.” At her age she doesn’t have the language ability to say “no ma’am” so instead of expecting her to say it, I simply repeat “no ma’am” to her every time she says “no.” She has started to be able to say “no ma’am” and we are mindful to shower her with praise whenever she does!

At four years old, Kye is expected to say it without any praise but at her age she needs the praise to be encouraged to say it every time!

Whenever in doubt I refer back to page 36 in Toddlerwise and keep the following equations in mind:

Thankfully, Kye is not yet at an age where us withholding certain freedoms from him is an issue. I typically will handle sibling issues by lowering Kye’s freedoms down to ones that are more age appropriate for Britt.

Kye has a lot of board games he enjoys playing but many of them have small pieces and also require deeper understanding and patience that Britt just can’t handle yet. Kye knows we don’t play with those games while Britt is awake and instead Zach (my husband) and I will play a game of Kye’s choosing each night during the fifteen minutes between when Britt goes to bed and when Kye goes to bed. He is still able to enjoy his age appropriate game but without it affecting Britt’s ability to stay within her appropriate limits.

I know that Kye does sacrifice for his younger sister in many areas and I’m always mindful of that. I make a special effort to always compliment him and to give him plenty of opportunities to enjoy his well earned four year old status freedoms.

We go get ice cream just the two of us quite often, I allow him to have some quiet time in his room with his preschooler age toys before she wakes from her afternoon nap, and he attends a half-day preschool where he’s around other children his age every day!

With two children, parenting within the funnel is definitely a greater challenge than it ever was with just one child. I know as we add more children to our family eventually that I will have to readjust and always be mindful of what limits, freedoms and expectations are appropriate for each child at their given ages. I understand how important parenting inside the funnel is at any age and try to always have it at the front of my mind when making any parenting decisions. 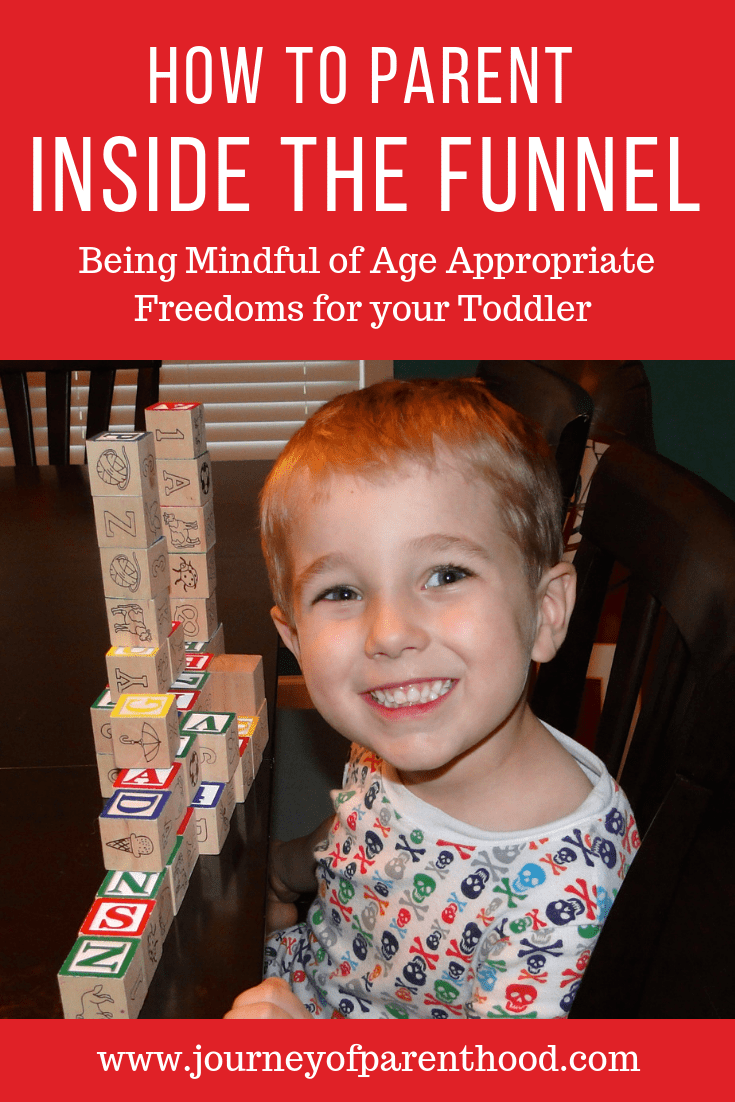 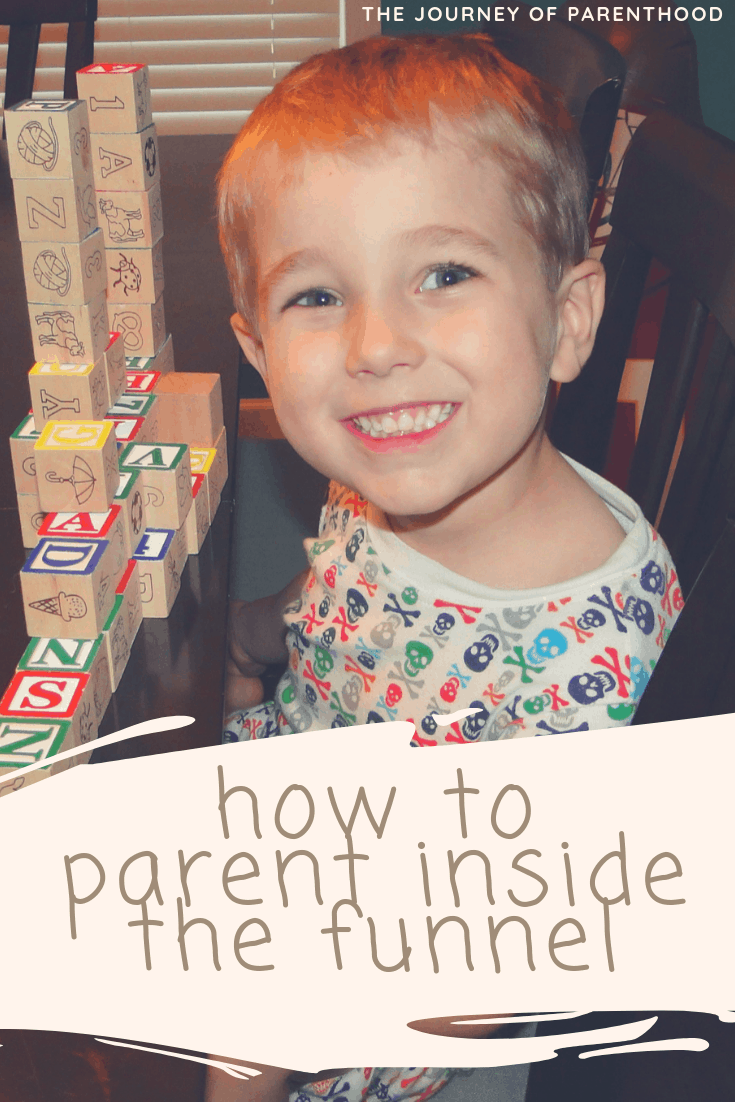