I recently visited Kye’s school to attend chapel with him. They do chapel every Wednesday morning and parents are welcome to attend. I think this is a wonderful outreach to people, but I will not be going again any time soon! Me being there totally disrupted Kye’s school routine! But the day I visited they happened to be introducing their Christmas charity for the year – Operation Christmas Child. Kye came home with more information that day and I was very excited for us to participate!

It’s sponsored by an organization called Samaritan’s Purse and the collect show boxes filled with little presents for children then send them overseas with the focus being on the Lord. Who wouldn’t want to participate? I wasn’t really sure how it would go with Kye but I took him to the dollar store to let him pick out the items for the child.

When we got there I asked him if he wanted to buy for a boy or a girl and he said both. How could I refuse that??? So we put two plastic bins in our cart and walked around the store. The information online (and in the packets they handed out at school) suggests things to buy as well as items not to buy. I assumed Kye would be wanting everything in sight and that he’d be asking to have it for himself…he TOTALLY surprised me when he was hardcore about picking out things for the kids and never once said anything about himself. He would say “lets get this for the girl” or “I want that for the boy.” He even told one of the workers there that he was buying presents for a boy and a girl. I was blown away by the pure, giving heart of such a young child. When they first announced the charity, I thought he was too young to participate in something like that, but I’m glad to be proven wrong!!!

He would pick out the items then I’d hand them to him and he’d put them in either the girl box or boy box. When we got ready to put them together I had him fill out the All About Me sheets. They gave them out at school and I can’t find a link to them online but it’s really neat! I asked Kye the questions and filled out his answers for him…I especially loved that it asked questions about Jesus. It asked “why I love Jesus” and Kye said “he loves me and he listens to prayers.” So sweet. I let him go crazy coloring the pages and included them in the boxes for the kids. 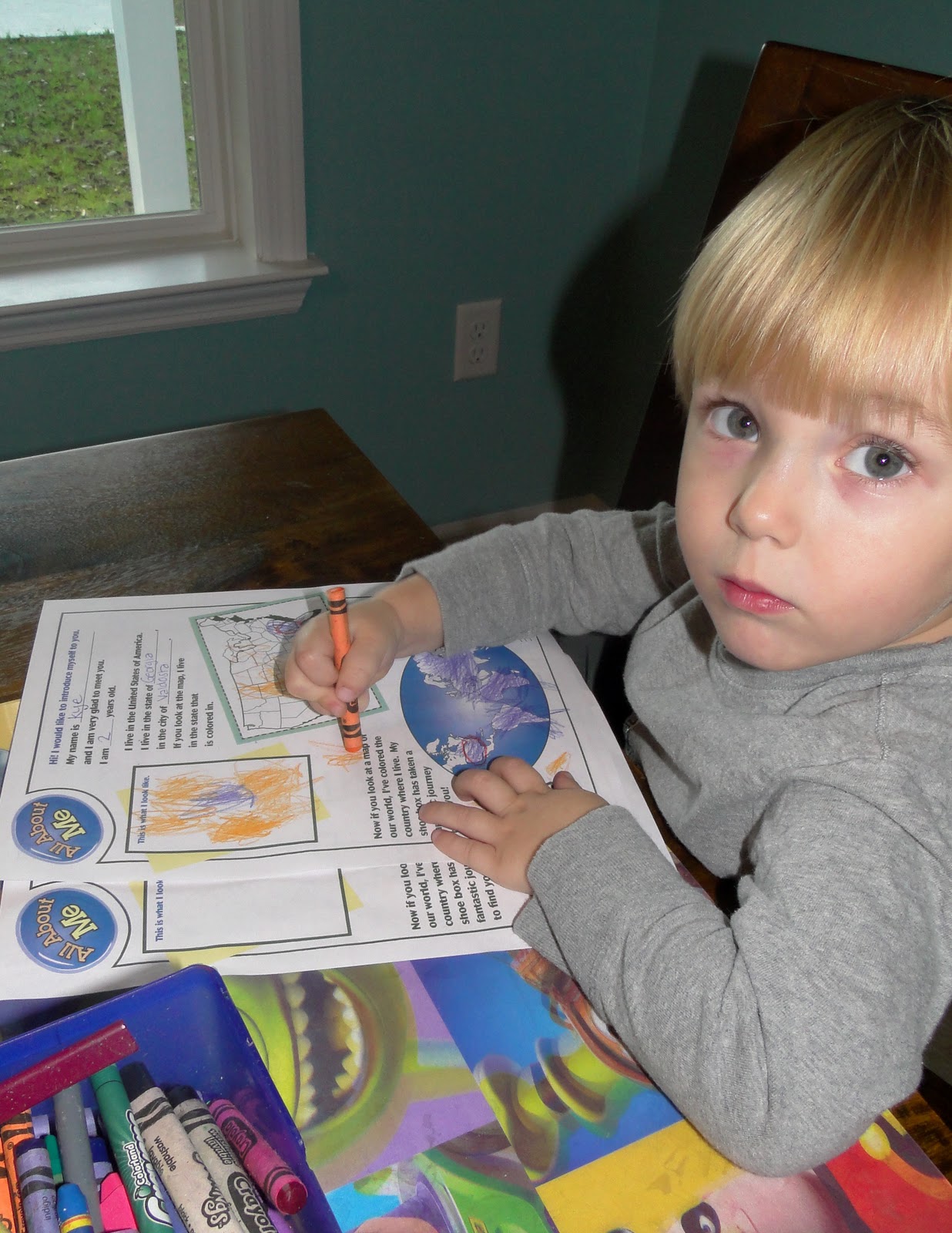 I wrapped each box and it’s lid so the children will get to have an actual present and then Kye and I put all the goodies inside! We bought so much that we had to open a few things to make them fit! 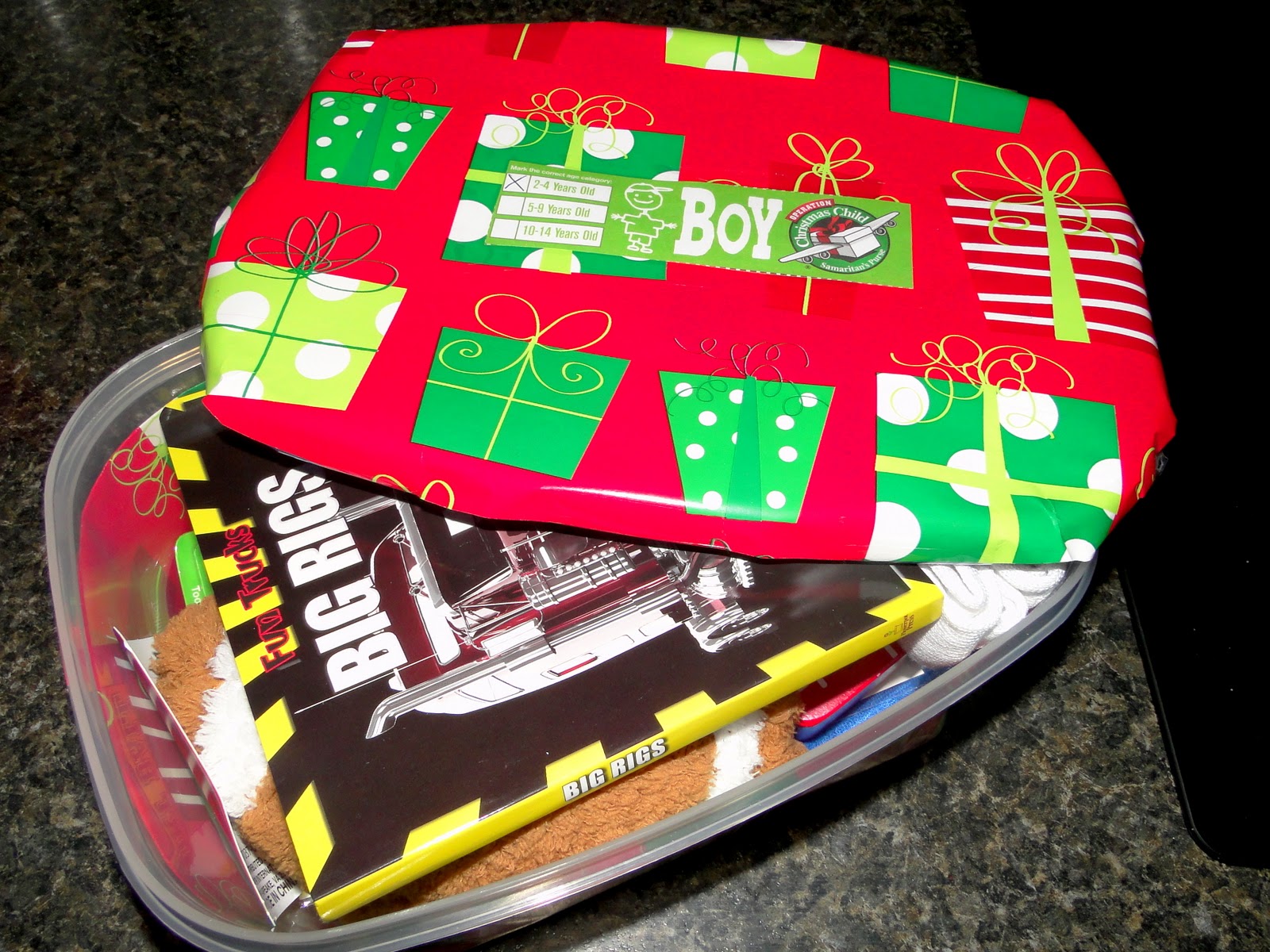 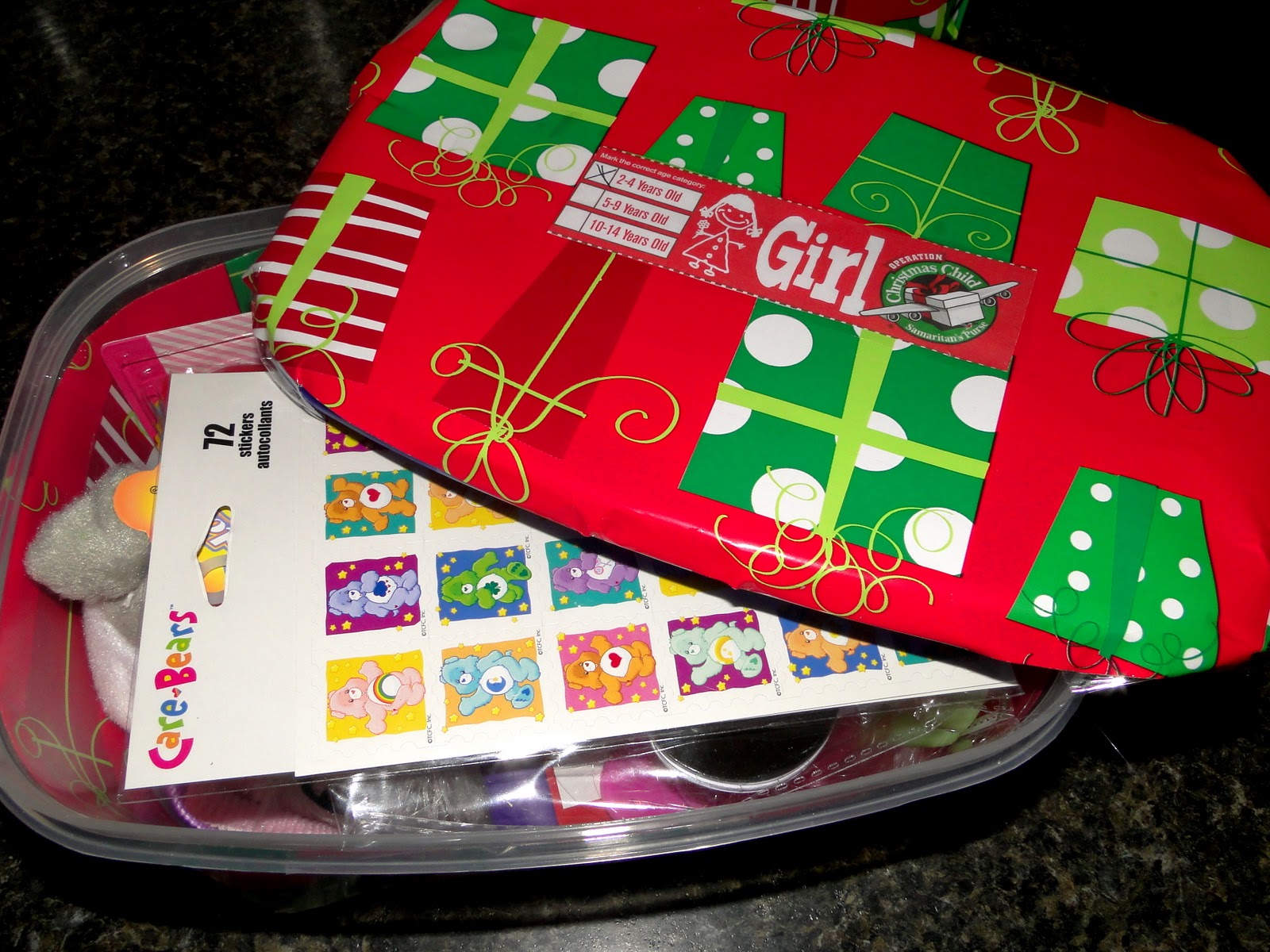 Once you pack your box you have to pay $7 per box to cover the shipping fees but what is so neat about it is that you can TRACK your actual boxes online and see where they get delivered! On the All About Me sheets we were able to put in our address and were told that MANY of the children write letters to the kids thanking them! Wouldn’t that be neat???

I know I’ve seen that our local Chic-Fil-A participates in this charity as well so I’m sure other places do too and I bet they would cover the shipping cost for you. I think Kye’s school would cover it too if we couldn’t afford to pay for it ourselves. It was a semi-costly Christmas charity overall, especially since we did two boxes, but it was WELL worth it. I can just imagine the looks on the childrens faces when they get their goodies and I pray that they know the love of the Lord through this charity.

I’m SO thankful we participated as I now know that Kye IS old enough to understand giving selflessly to others, and it was a blessing to me to see him do it with SUCH a cheerful heart. This will be something we do every year and I hope some of you do it too! You can visit the Operation Christmas Child website here to learn more! 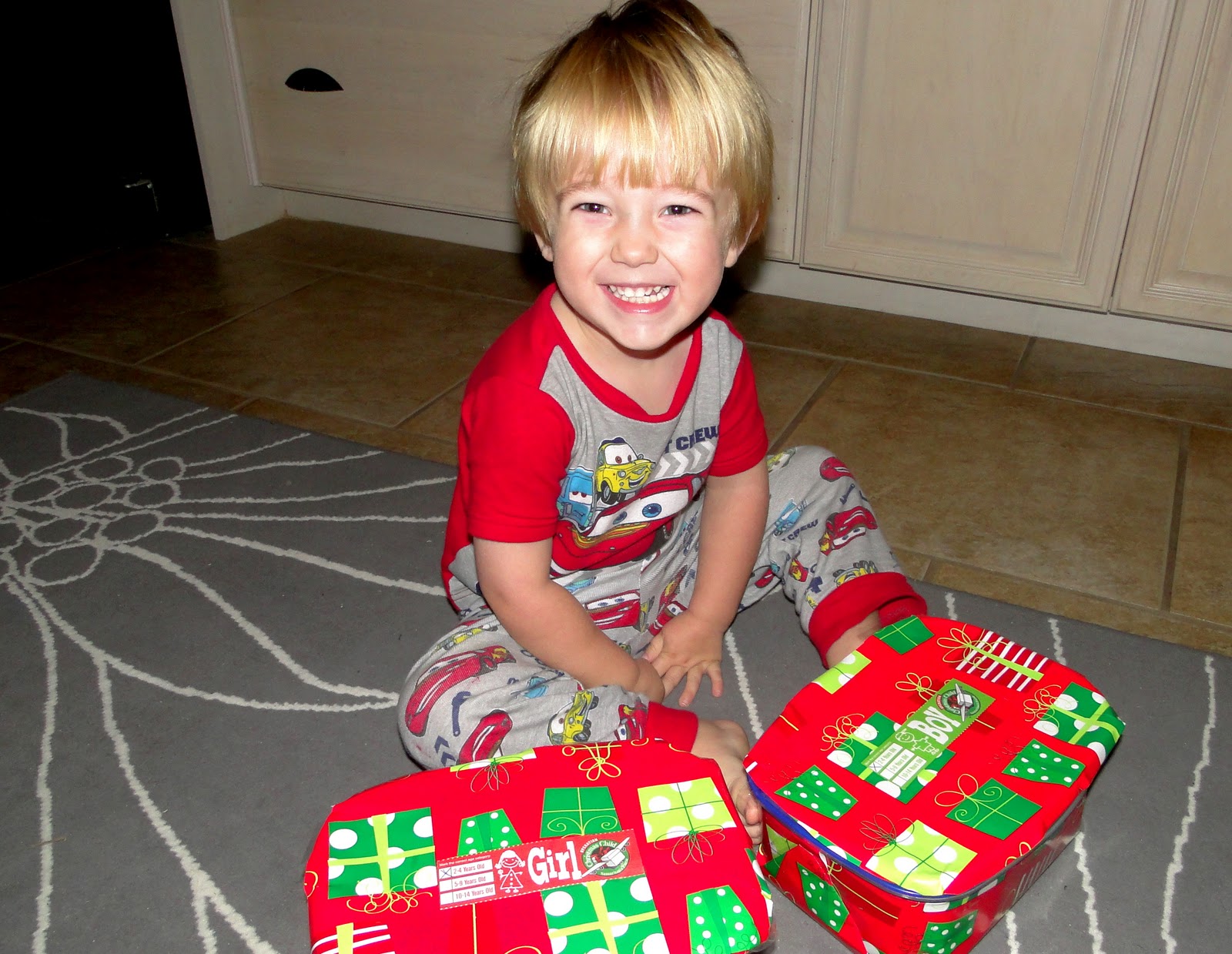