So I tried to make a collage of these pictures but I just don’t like them! They look great on other people’s blogs but I hate how SMALL the pictures are! No fun! Plus since I’m making blog books it’ll show up better to have individual pictures!

A couple weeks ago I went to Mathis City Auditorium for a Kids Sale (thanks Crissy for the tip!). While the clothes, in my opinion, were very used looking and very over-priced, the toys were awesome! I got this for $4 and it looks brand new! I decided to buy it because Kye is sitting up so great now and I wanted a toy he could play with without having to hold it in his hand. The downside of this new toy? It’s WAY too loud. It also doesn’t have an off option so if we ever accidentally hit it it starts making noise! I wiped it down really good with some sanitizing wipes (a mom’s best friend haha) and let him play with it.

He adores it! It’s so fun that Kye’s finally at an age where we can see him have fun with things and see him choose favorites. Whenever Kye’s having a rough day Zach and I both know just pull out the car toy and he’ll be happy 🙂 Zach worked on it to make it less noisy and it’s a lot better than it was. It’s so cute to watch Kye “drive” he is so serious and puts his hands on the wheel and on the shifter haha. He also loves to chew on the little man driving the car. I’m sure many more favorite toys are in Kye’s future but I don’t think I’ll ever forget his first favorite: the $4 car!

Here are some pictures with his favorite toy of the moment: 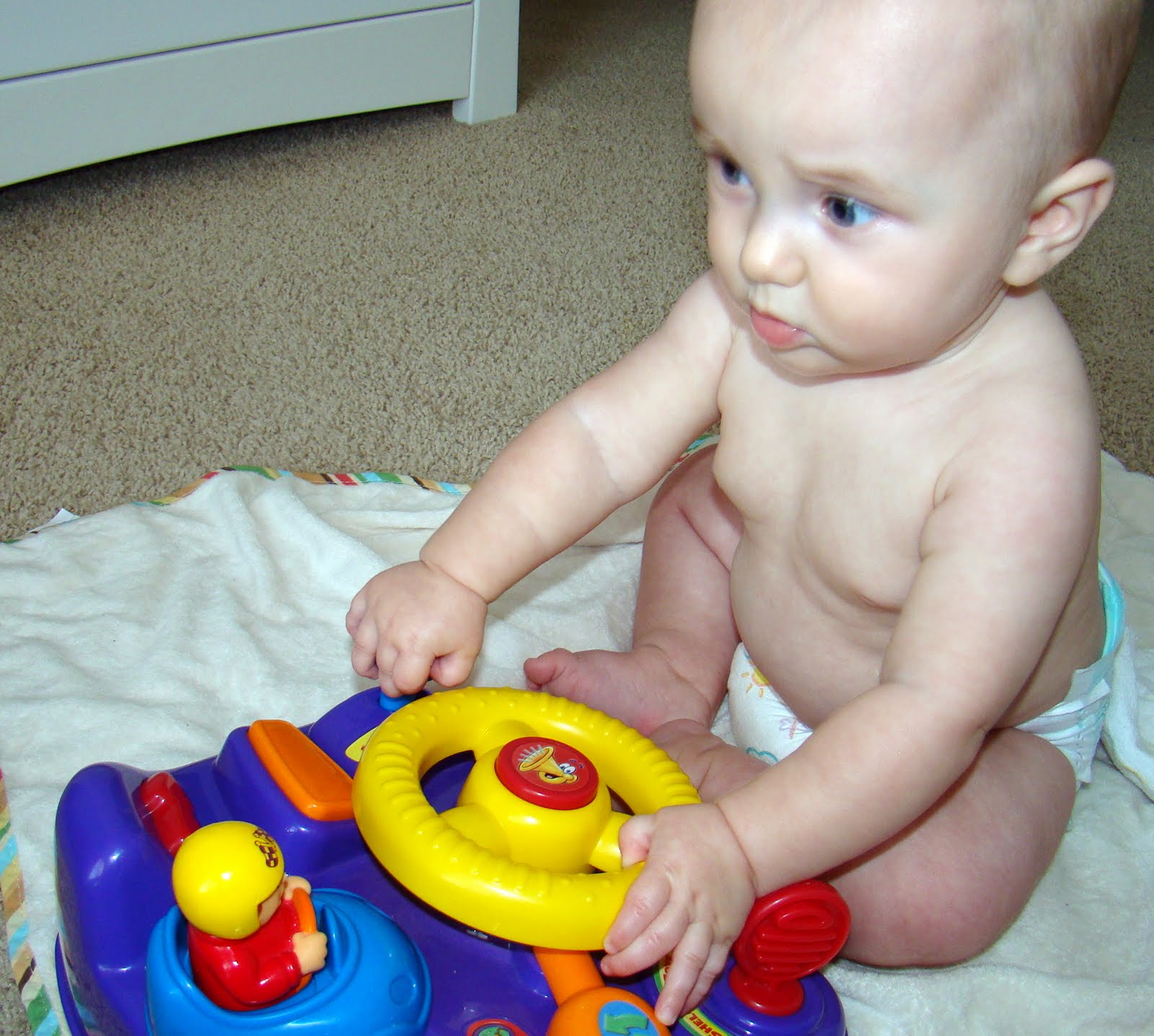 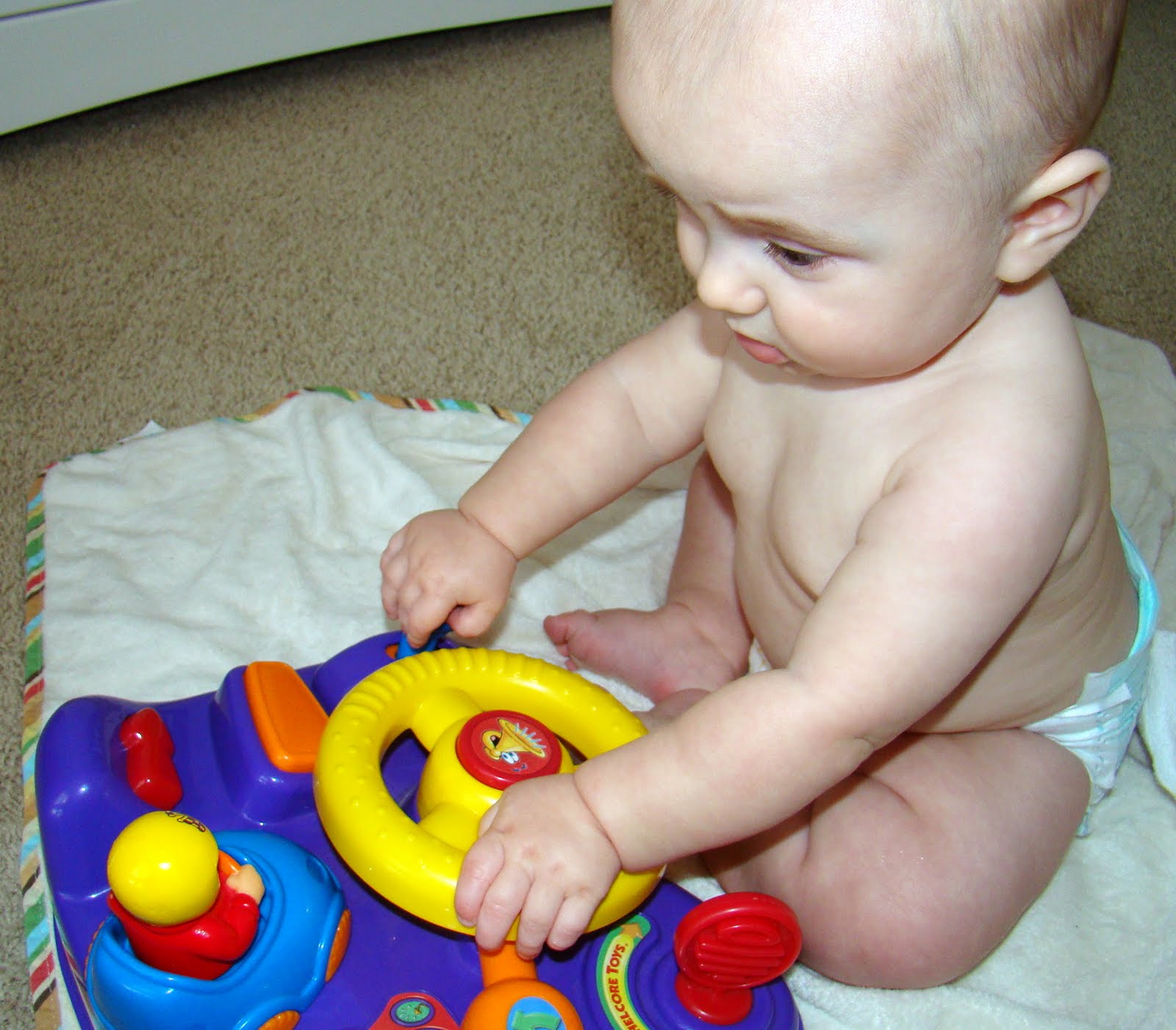 Best part? Chewing on the driver! 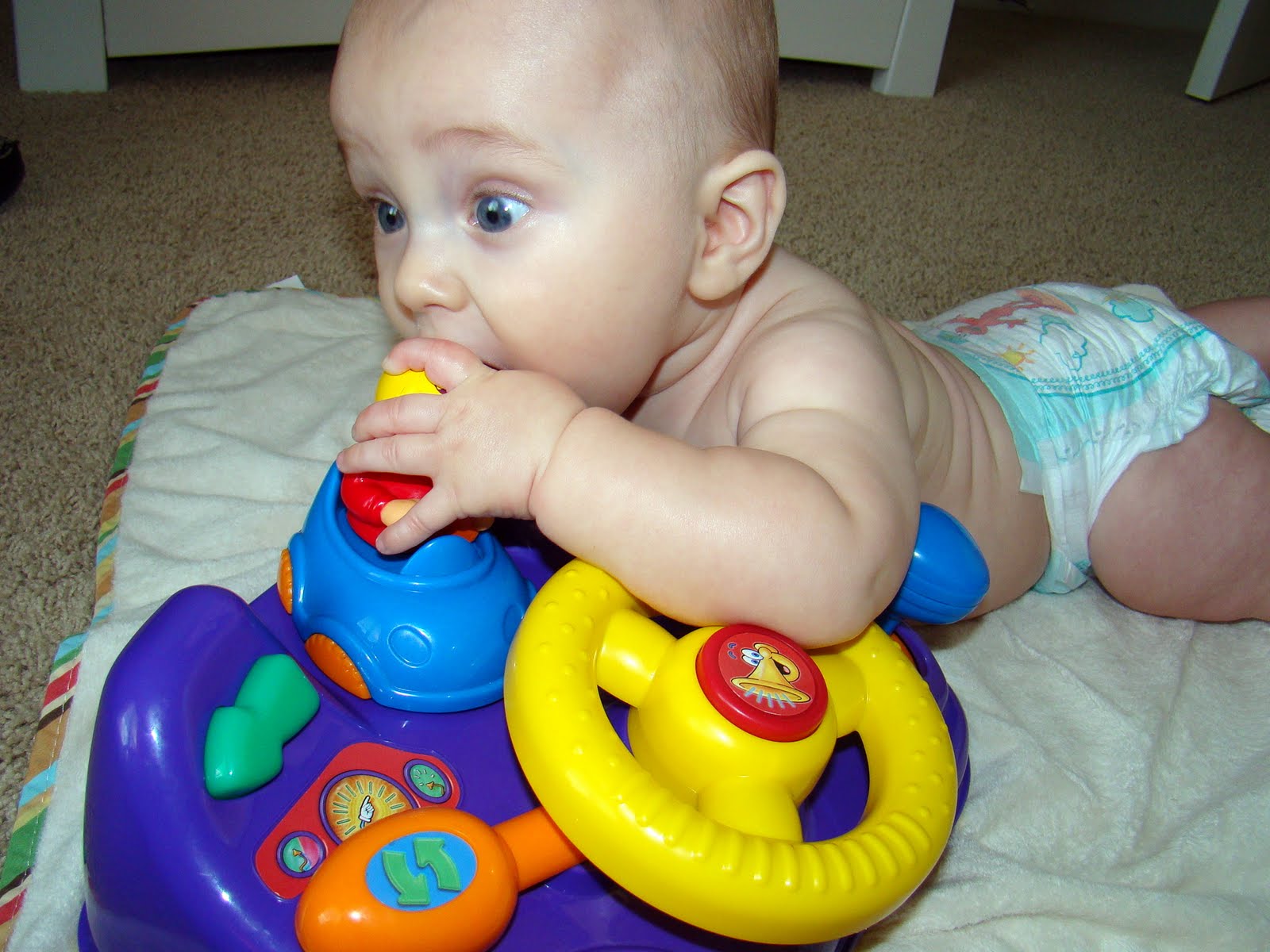 Even when he falls over he’s still hardcore 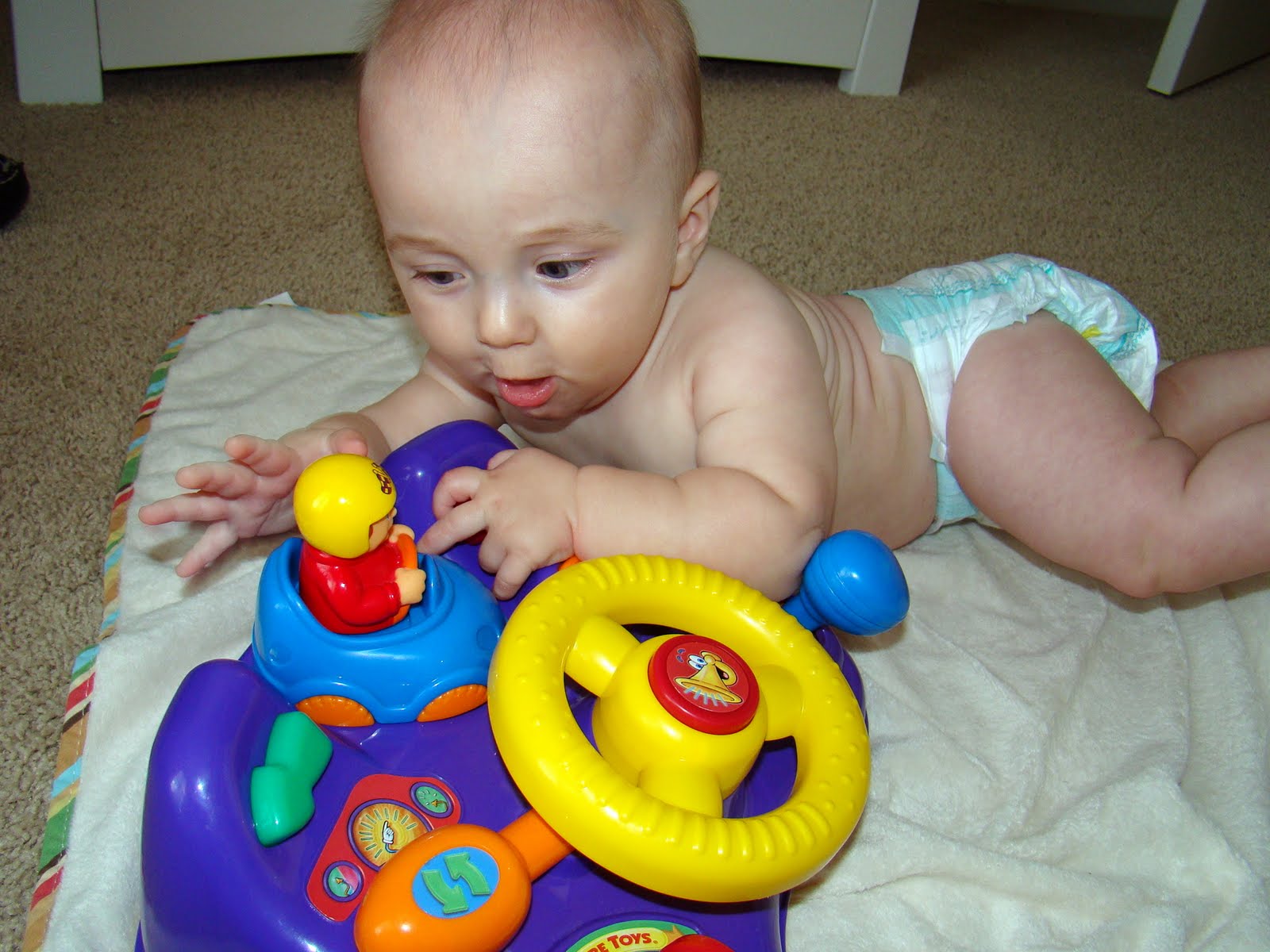 I love it when he laughs 🙂 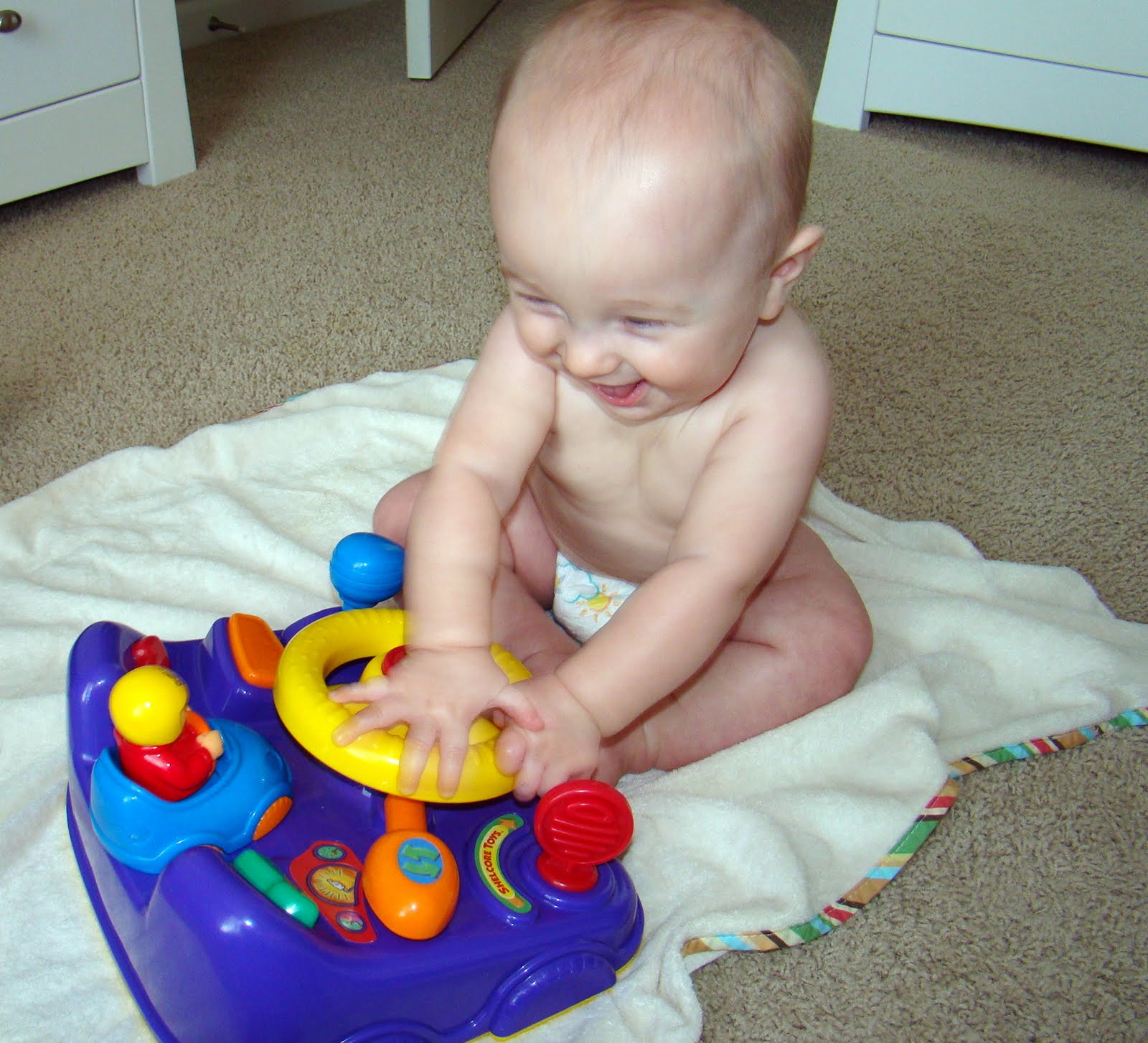 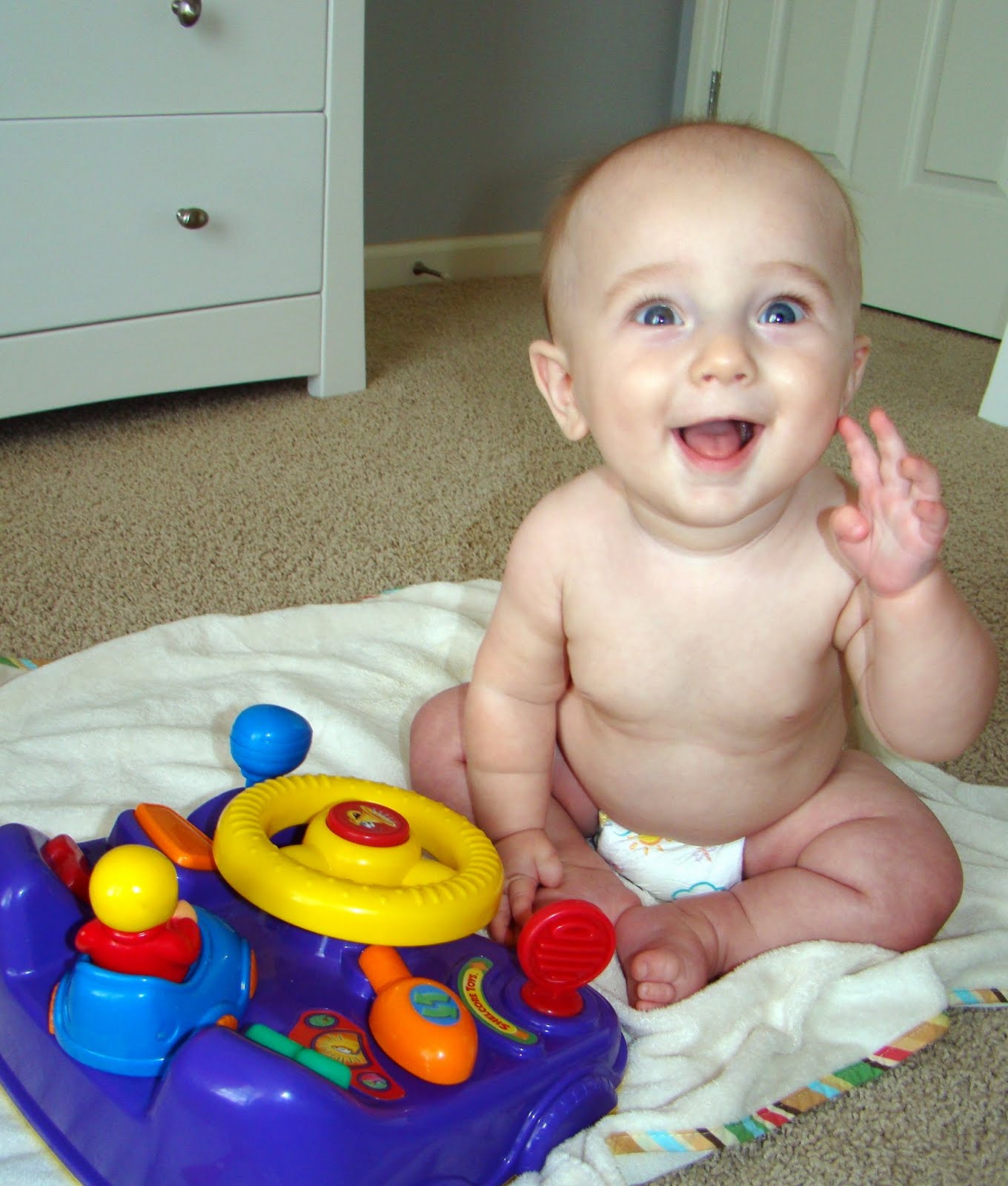 So proud of himself and his new toy 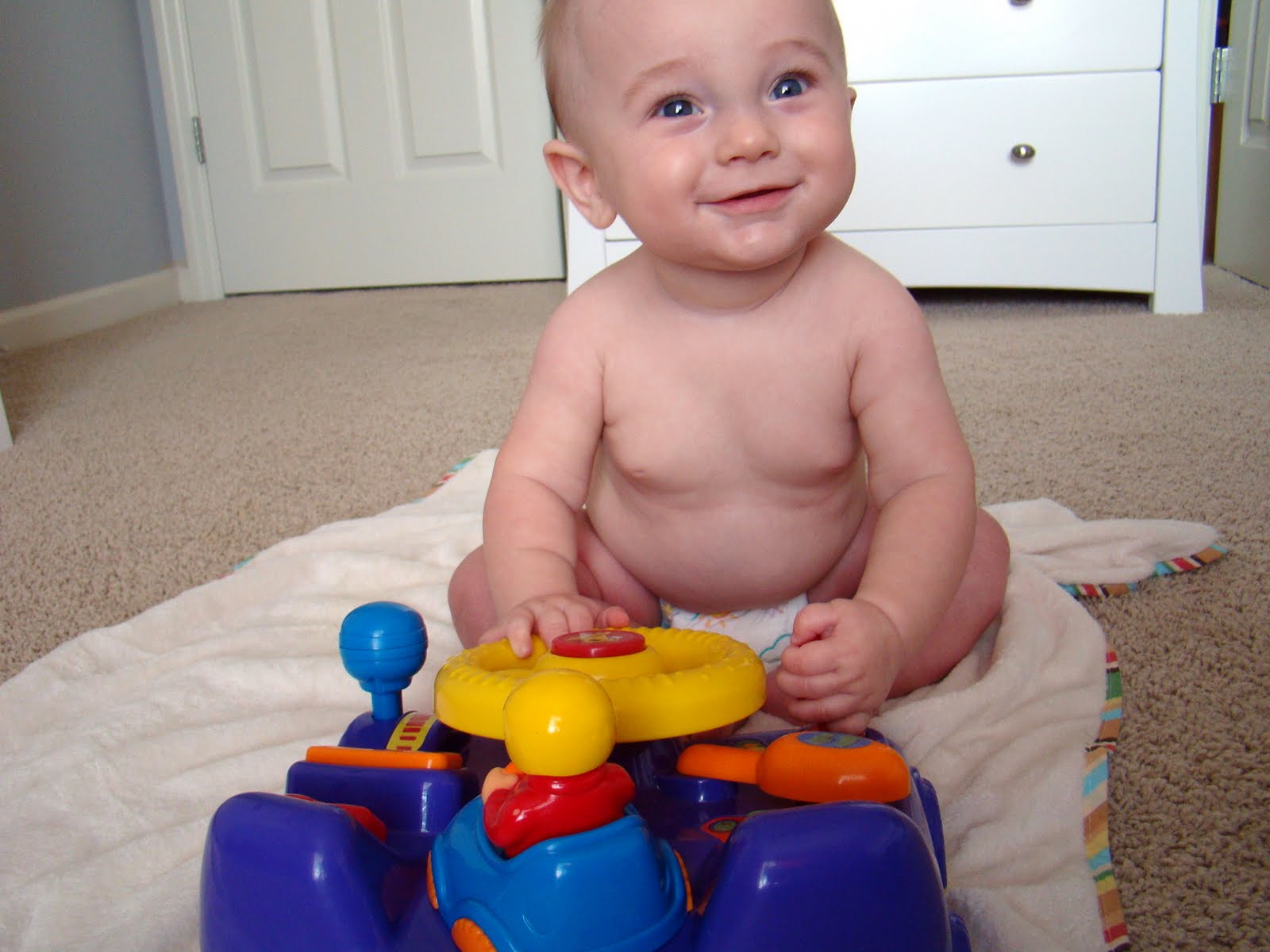 sticking that tongue out thinking hard 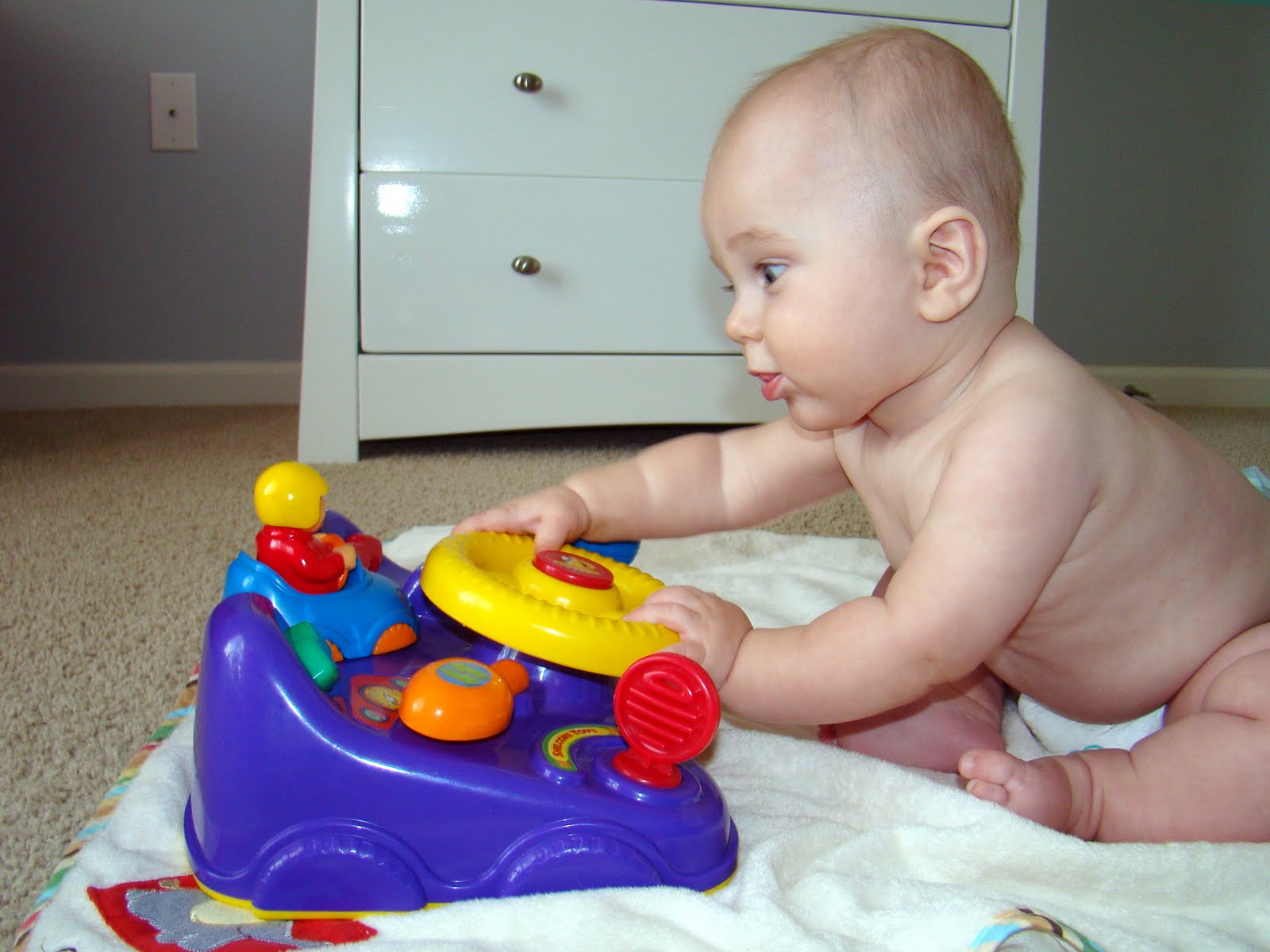 already a better driver than Daddy…haha 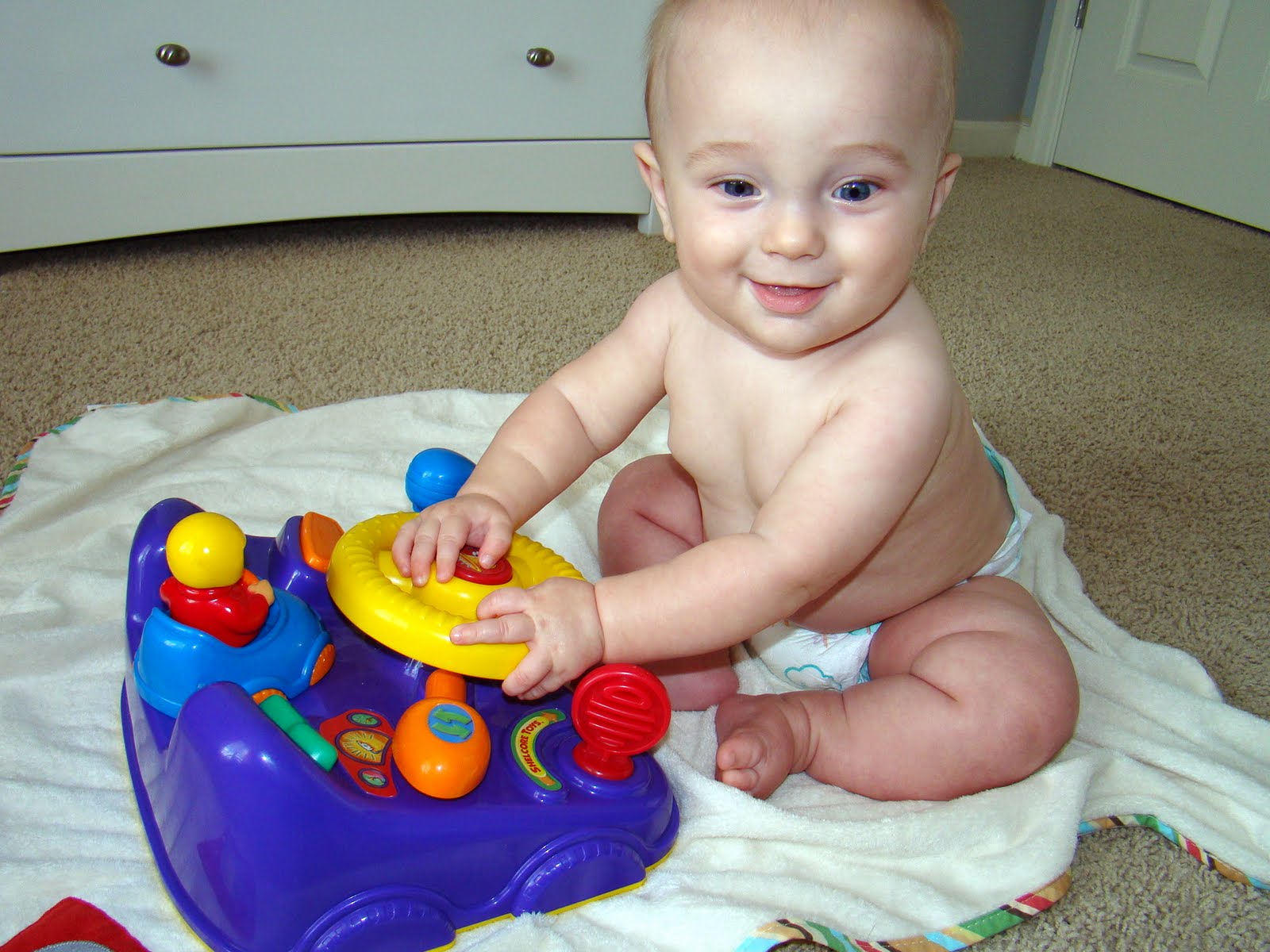