I know what you’re thinking: how is it possible that Brittlynn is almost three months old and Emily has yet to go anywhere with them both on her own!?! I feel pretty slack for taking this long to do it! Zach runs the household errands on his way home from work in the evenings, I do my errands with just Britt on days that I have to pick up Kye from school, and when we go out we ALL go – not just me. I wasn’t kidding when I said it took me three months to adjust. It REALLY did. But now that I’m adjusted I’m all about conquering the world 🙂

I had a hair appointment schedule for Thursday March 1st and was planning to take both kids along with me. I figured it was a good outing for the first one since everyone at Jordan’s Salon is so sweet and understanding. Renika, who does my hair and is AMAZING, got sick so we had to reschedule. I was already pumped up for the big outing so I decided to take them out anyway. I pumped and make Britt a bottle for her 10:30 feeding and we headed to the mall playground!

Yes, I took the mega double stroller just to walk from the parking lot to the mall…it may seem silly but I knew after Britt ate that we’d have to go do a diaper change in Belk and I didn’t want to risk Kye not obeying or something going down so I knew having a seat for them both would be my surest bet that things would go smoothly. 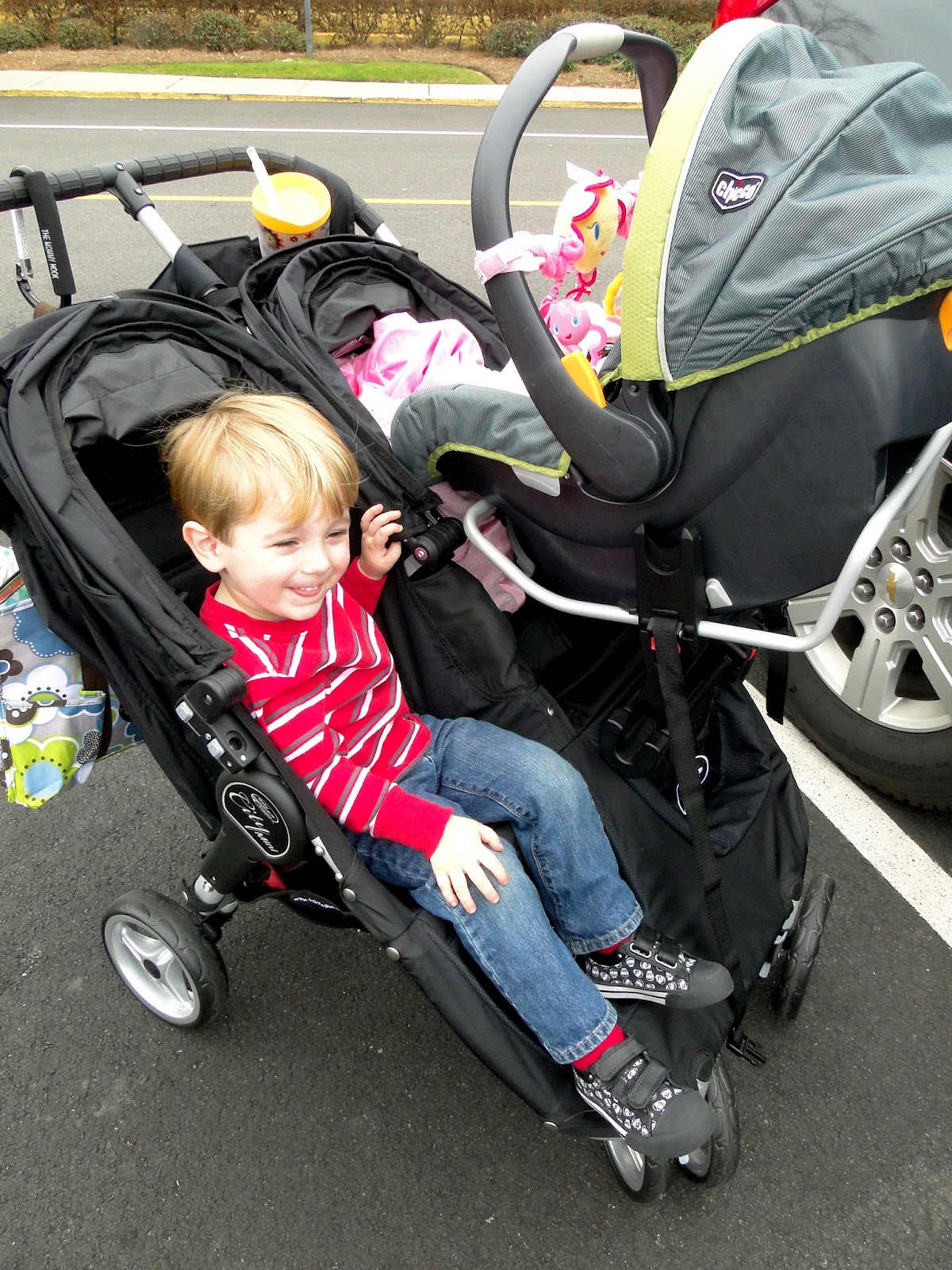 He was so excited to show Britt the play ground! 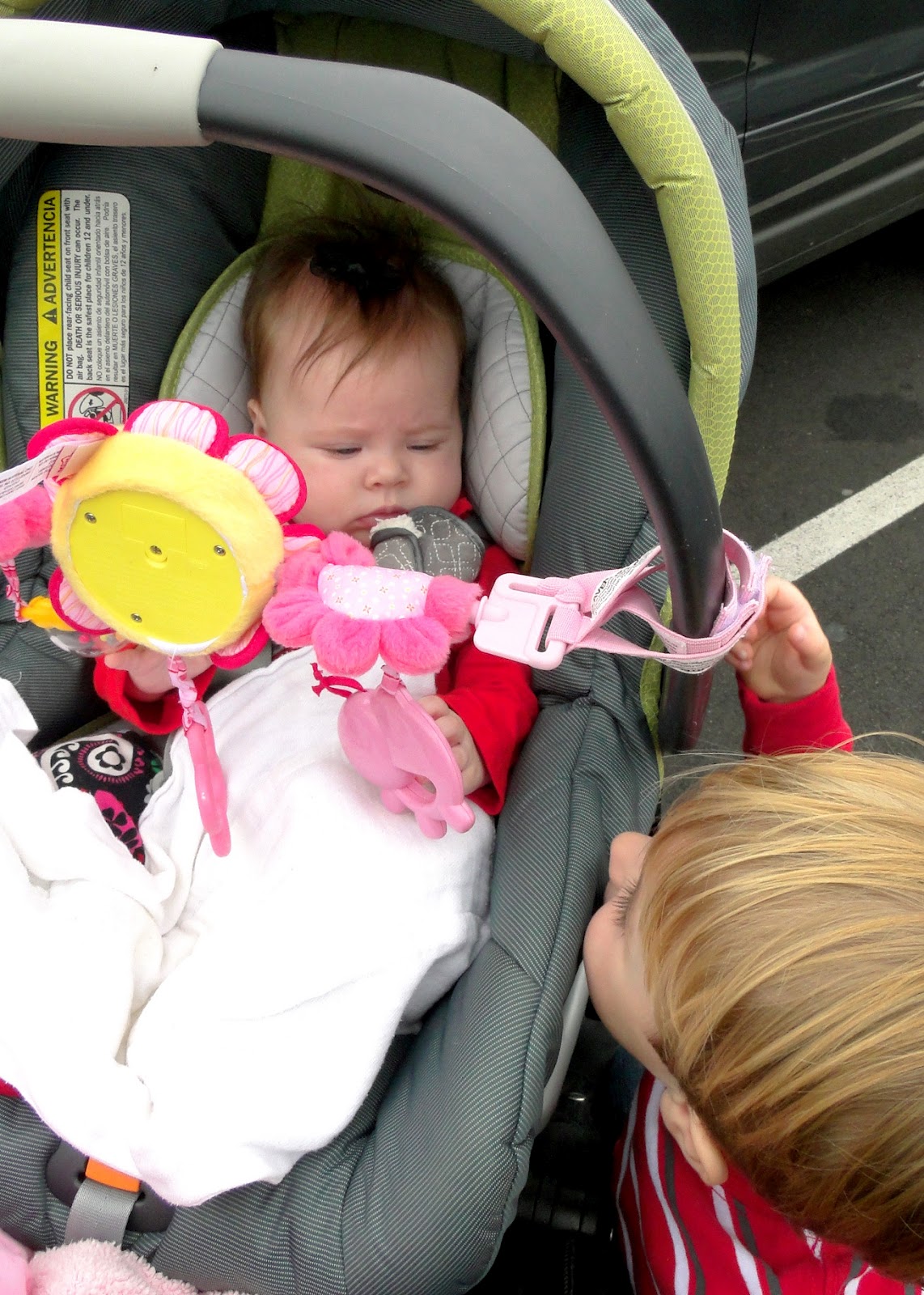 Right when we got there it was time for Britt to eat. I’ve mentioned before that she’s not a fan of the bottle. So this was a good trip for multiple reasons…it gave me my gold star for taking both kids out somewhere solo, it gave Kye something fun to do for a change rather than just being stuck at the house, and it gave Britt more bottle practice. I actually worked it out that week where she had a bottle (or sometimes two!) almost every day. It really did help her to start drinking it better! She did well drinking the bottle and there were no issues at all! Kye enjoyed playing with one other little girl that was there and then a girl from his class came with her mom so he especially enjoyed that. How funny is it that there are only 12 kids in his class yet we run into them all the time? Twice at Chick-Fil-A, at the mall play ground, and I’ve even run into one of the kids moms in the bathroom at Hobby Lobby. Small world I guess!

Anyways…I am kinda obsessed with this mom. She has four kids (the girl in Kye’s class being the youngest), she looks awesome, dresses super stylish but in a way that doesn’t come across like she’s trying, if her daughter had been a boy she was going to be named Kye (even spelled the same!), she stays at home, she did Babywise with all her kids (when I mentioned Britt’s schedule she said “do you do babywise? I love it!”), she’s basically my ideal mama. She drives a VW van and I told Zach I’d be willing to get a van now as long as it’s that one b/c if she can rock it and still be so cool then maybe I can too haha. I really enjoyed talking with her and felt like a total nerd who was being picked to sit at the popular table at school when she suggested we trade numbers to meet up again sometime. On top of that she even texted me that next week (but, duh, I can’t do anything last minute and she asked about going to hang out like an hour in advance). It was SO nice to be out of the house and to be making new friends in the process!!! It was great to see a mom who has “been there, done that” and who survived it all. Sometimes when you’re stuck in a tougher phase in life it’s hard to see beyond that and see that it does get easier. She inspired me and helped re-energize my goal of having a house filled with kids! 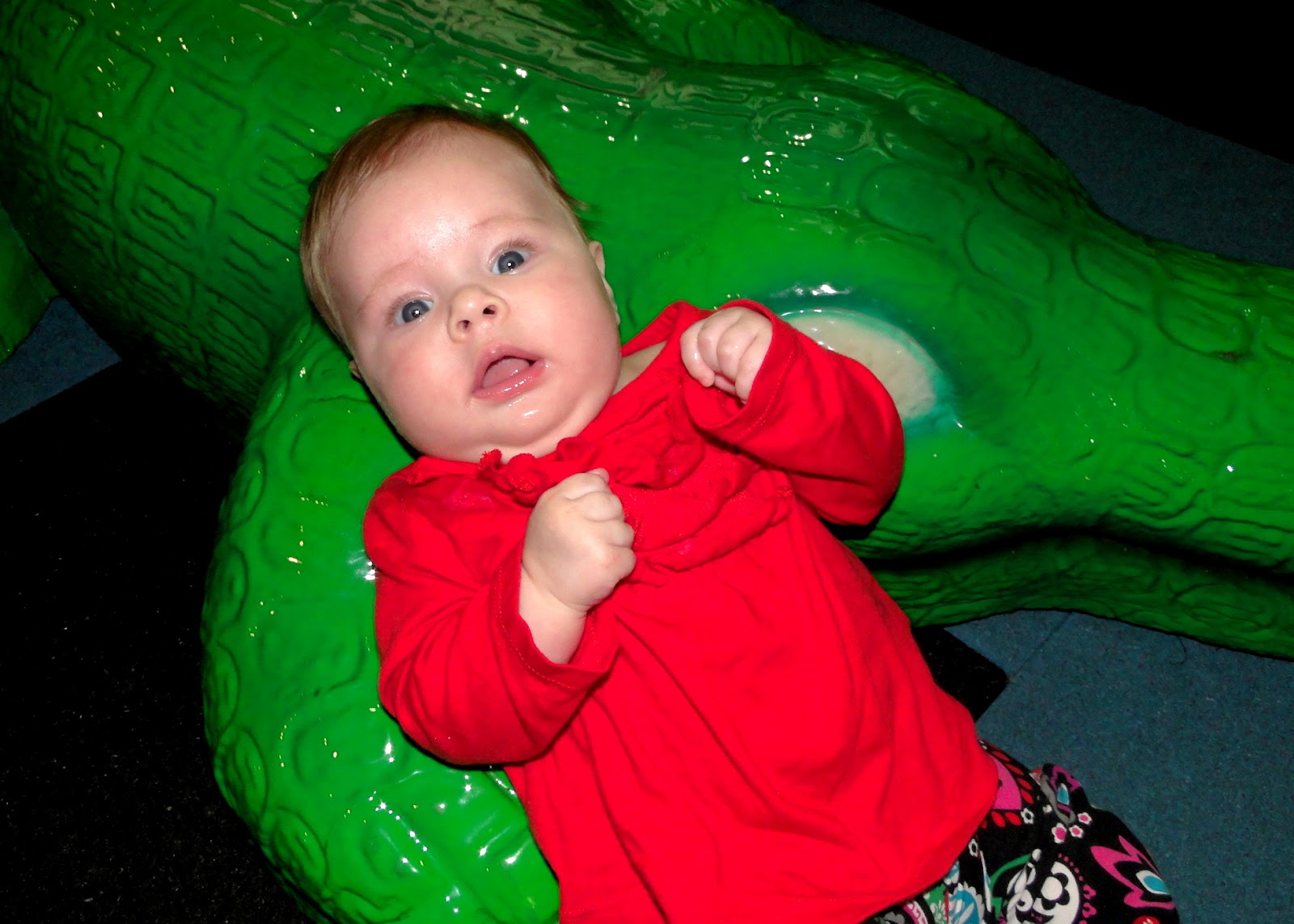 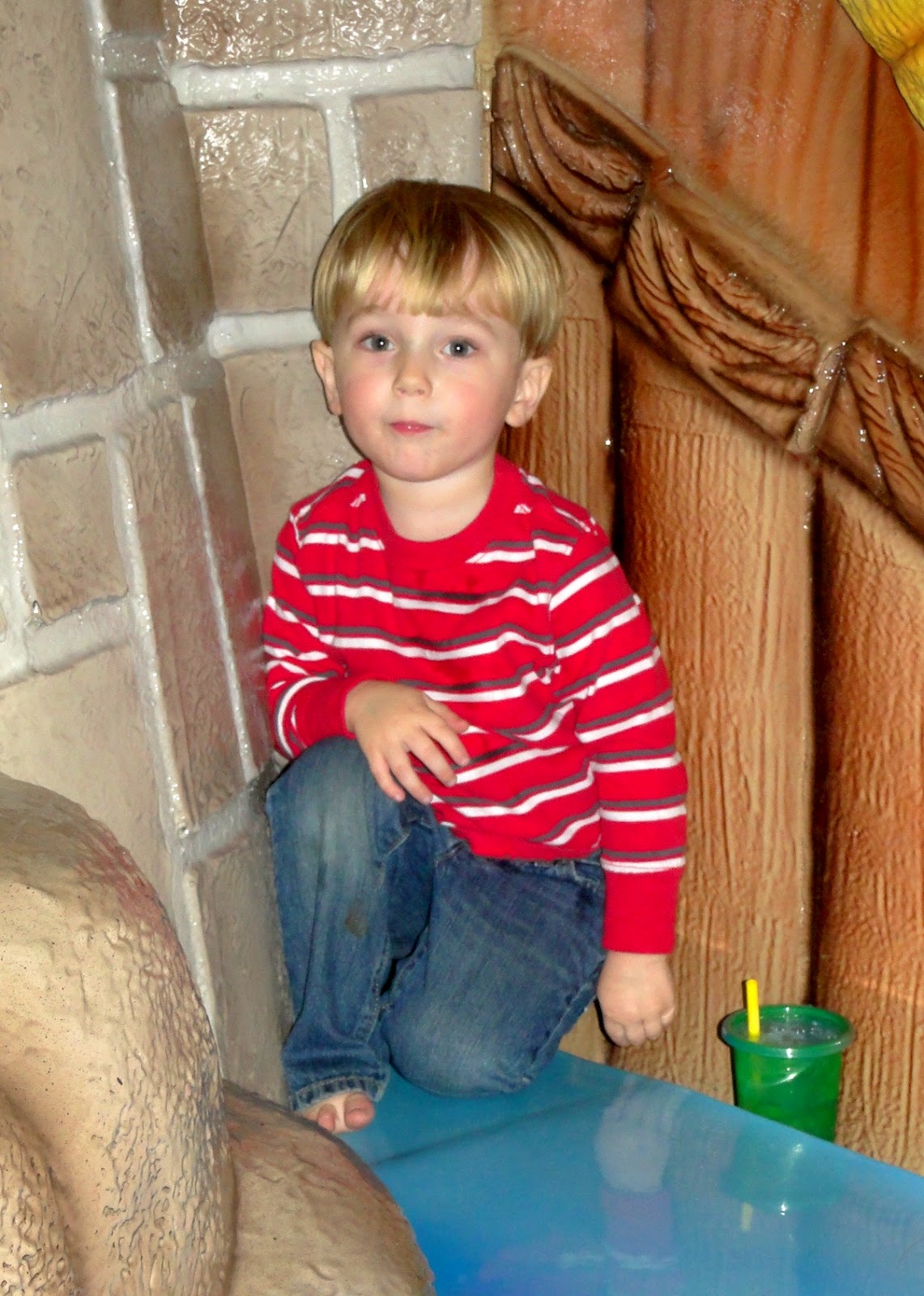 He did a lot of pretend sleeping for some reason? 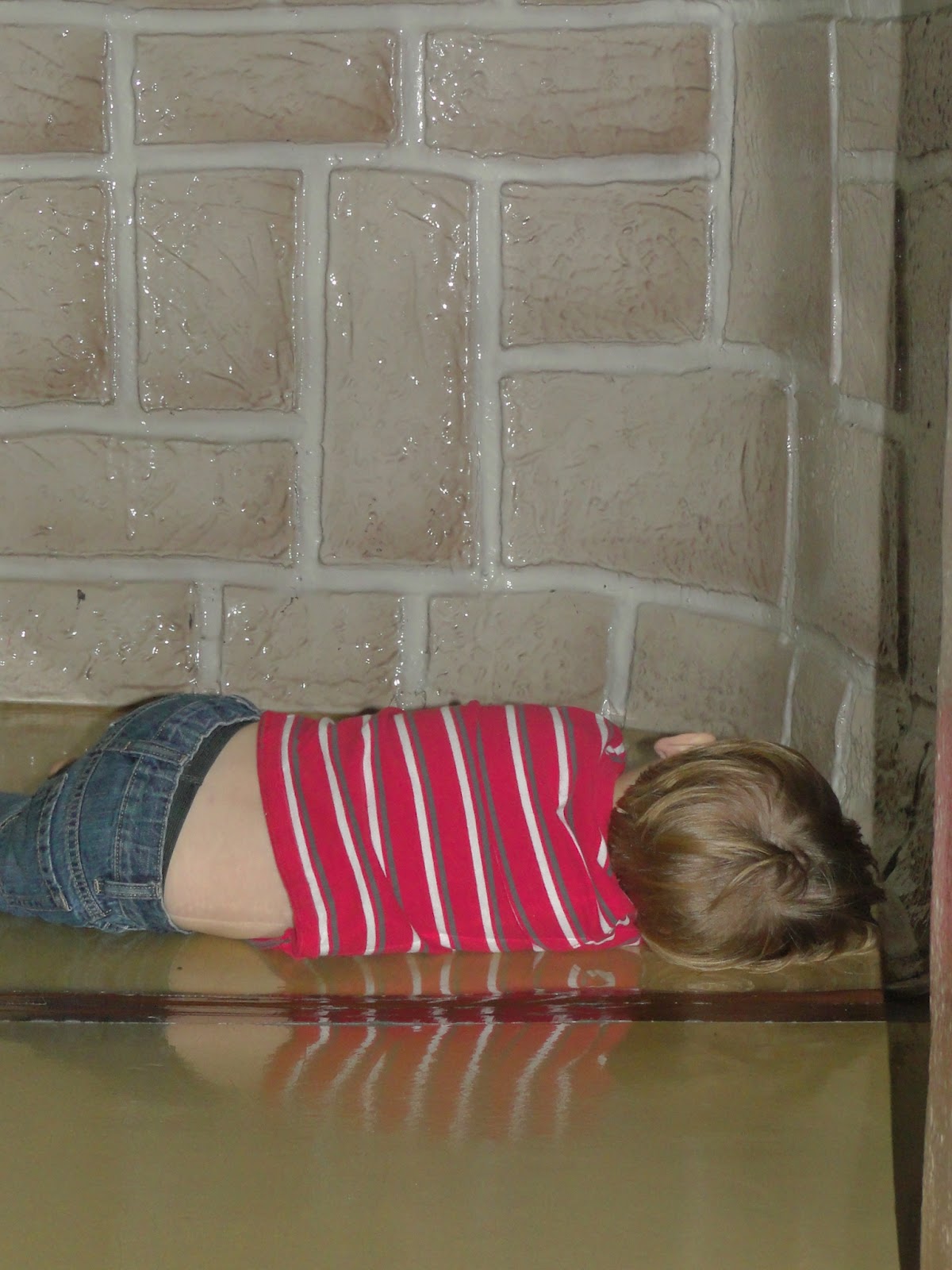 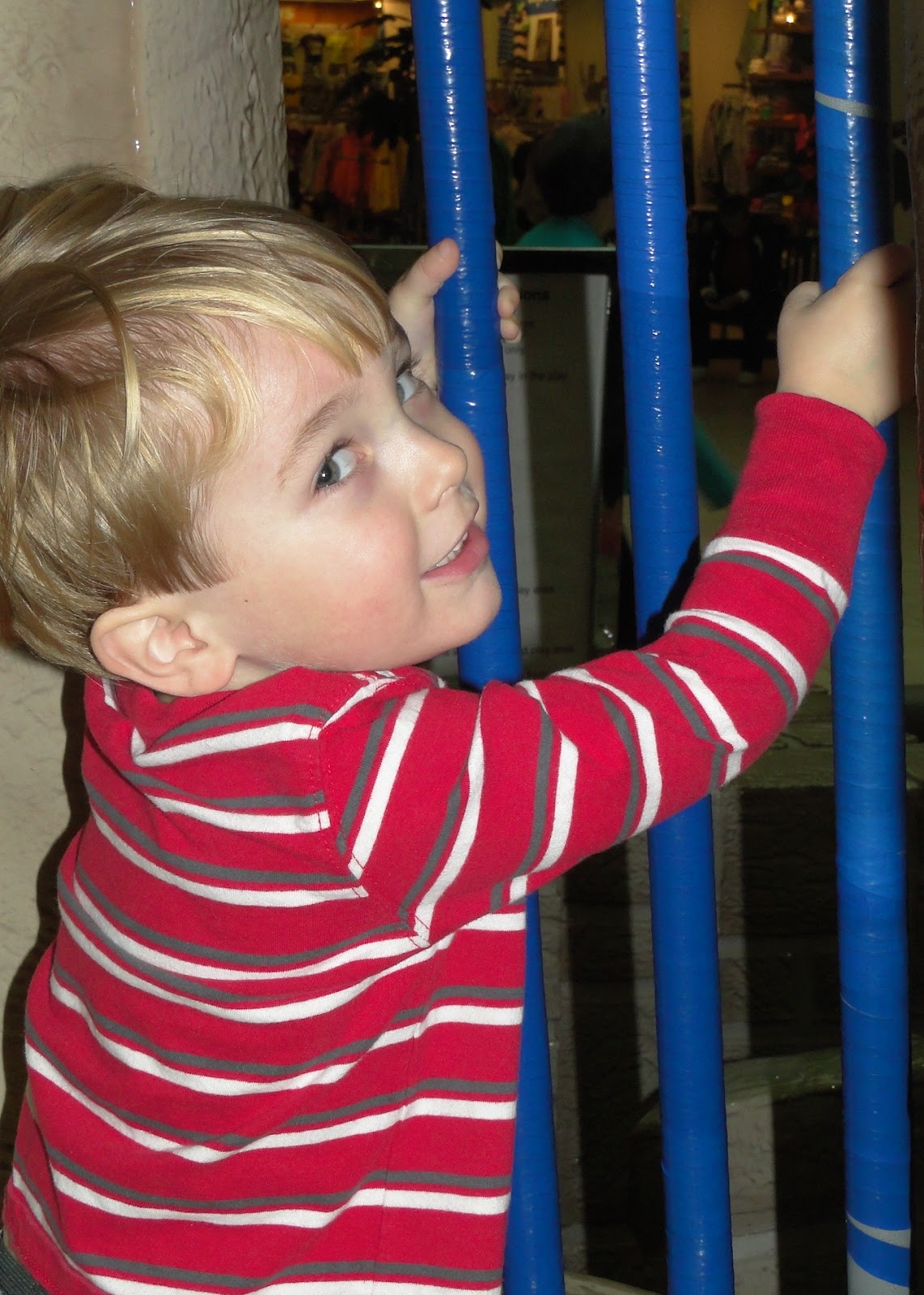 First time going down the slide! 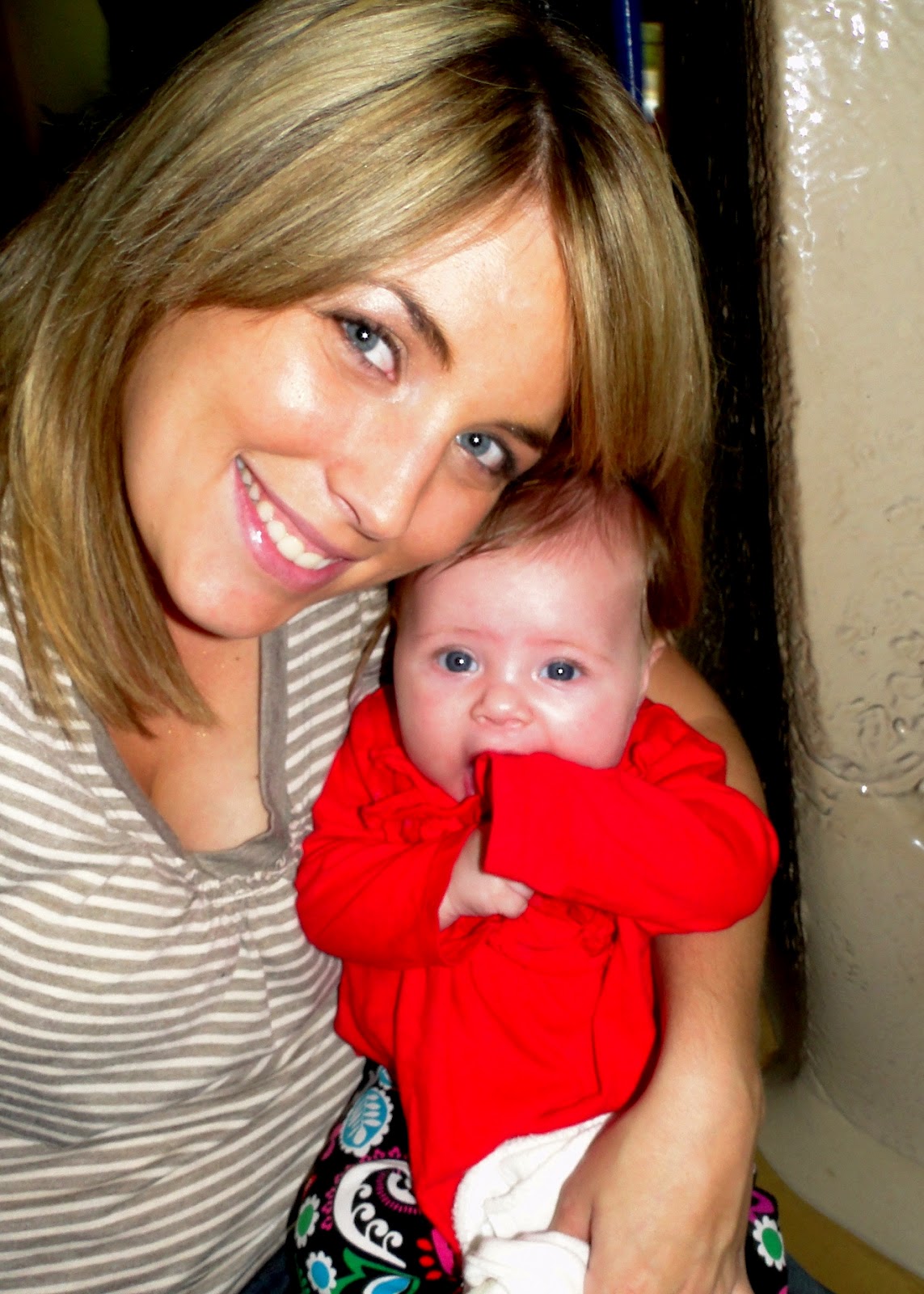 I can’t stand when parents let their kids climb all over the seats, but I’m down for Kye climbing on the mushrooms! 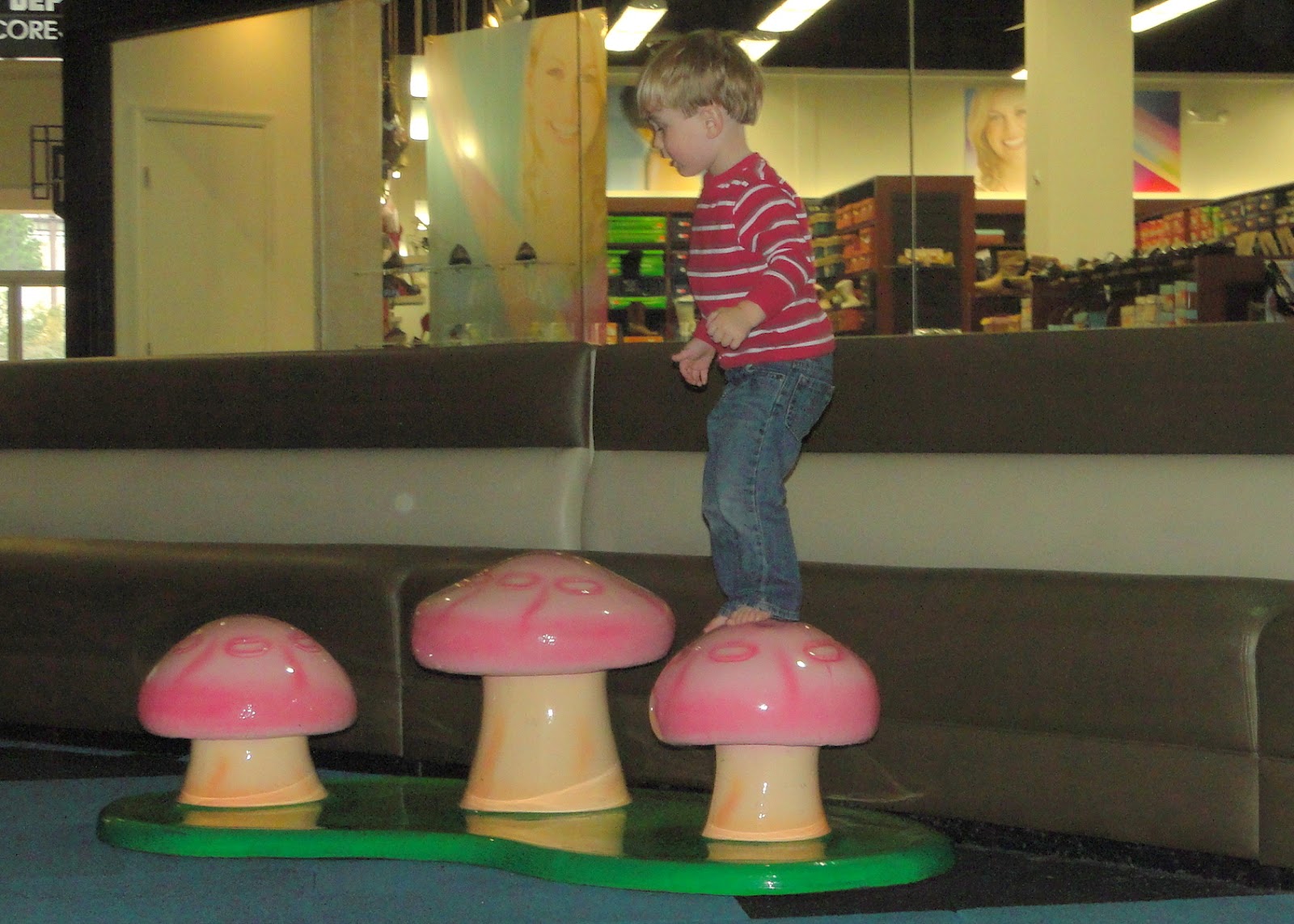 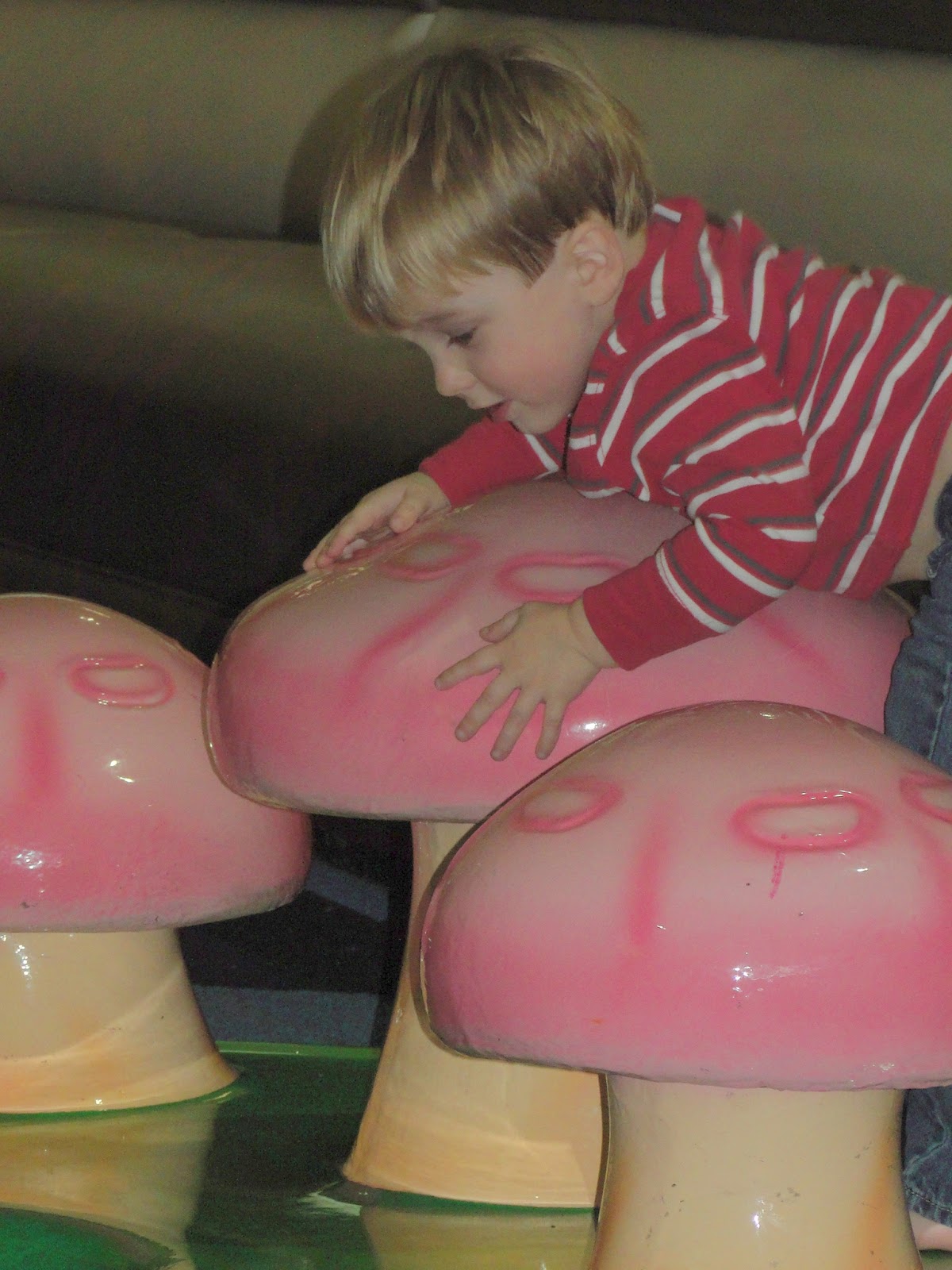 When I was talking to the mom from school I mentioned that Kye really doesn’t have his colors down yet and asked how her daughter is doing with them. When Kye ran by I said “Kye, what color is the alligator?” And, of COURSE, the kid says without hesitation “Green!” Thanks for making me look like a dummy haha. Never underestimate your kids right??? Maybe he knows those colors better than I give him credit for 😉 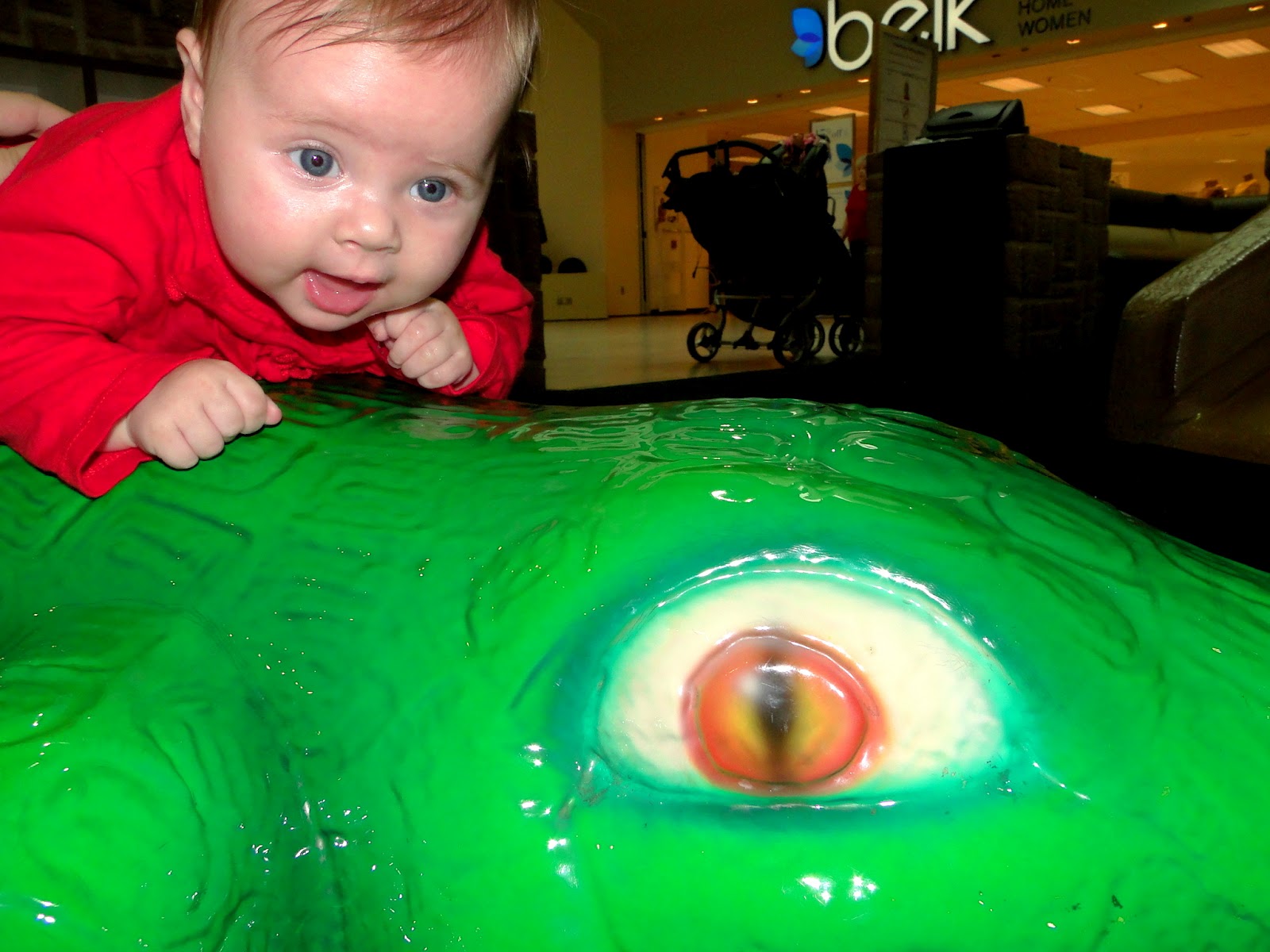 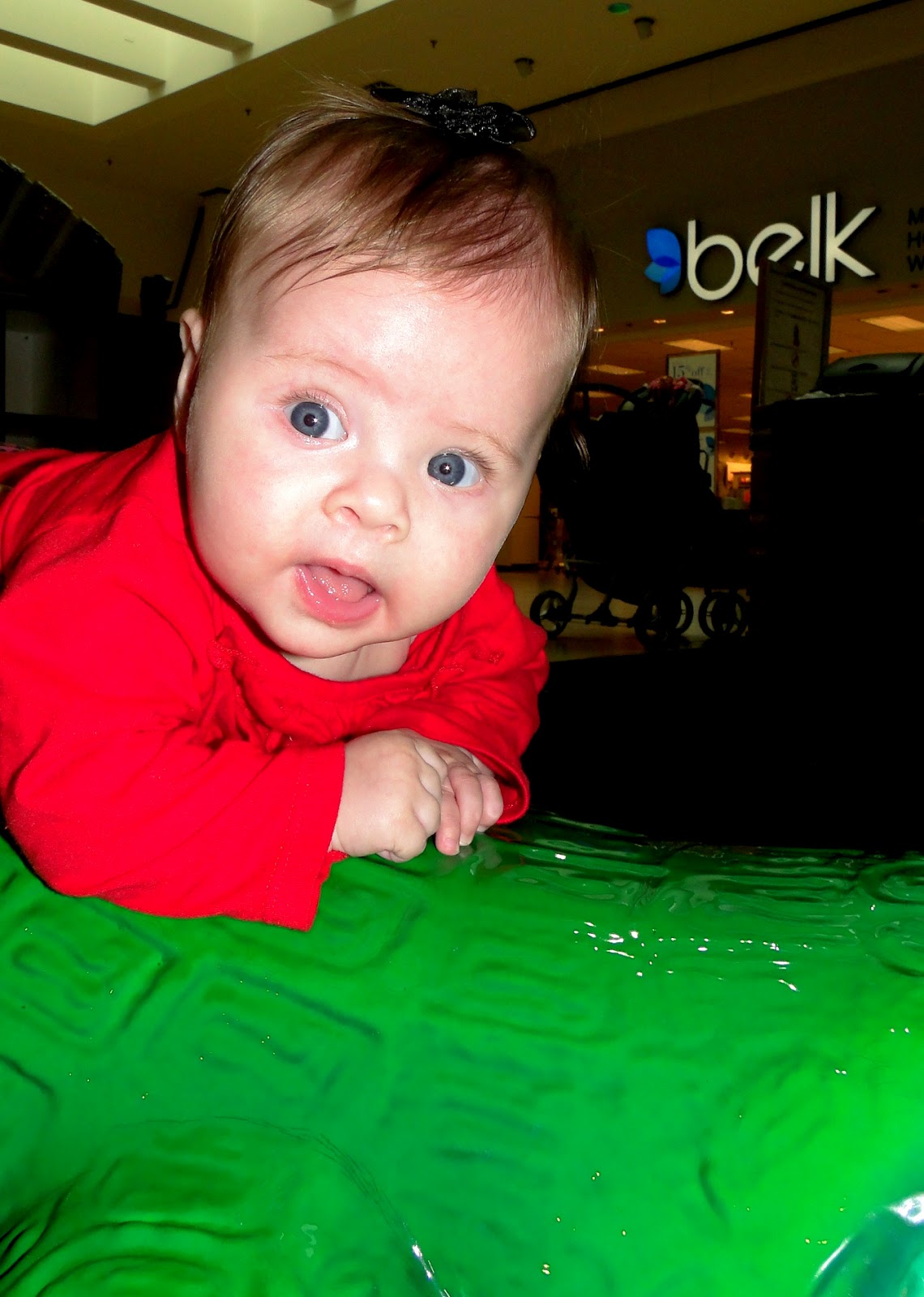 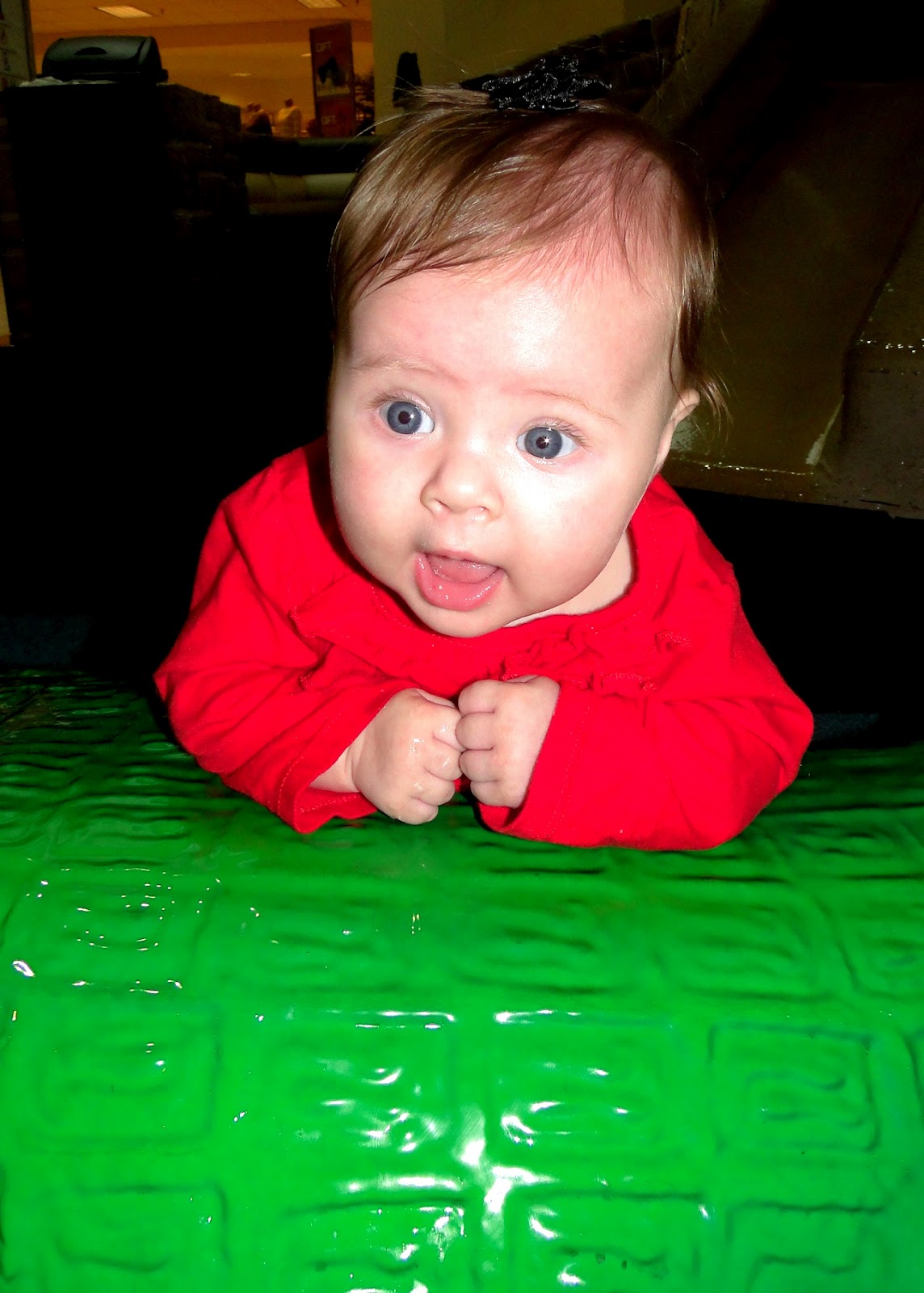 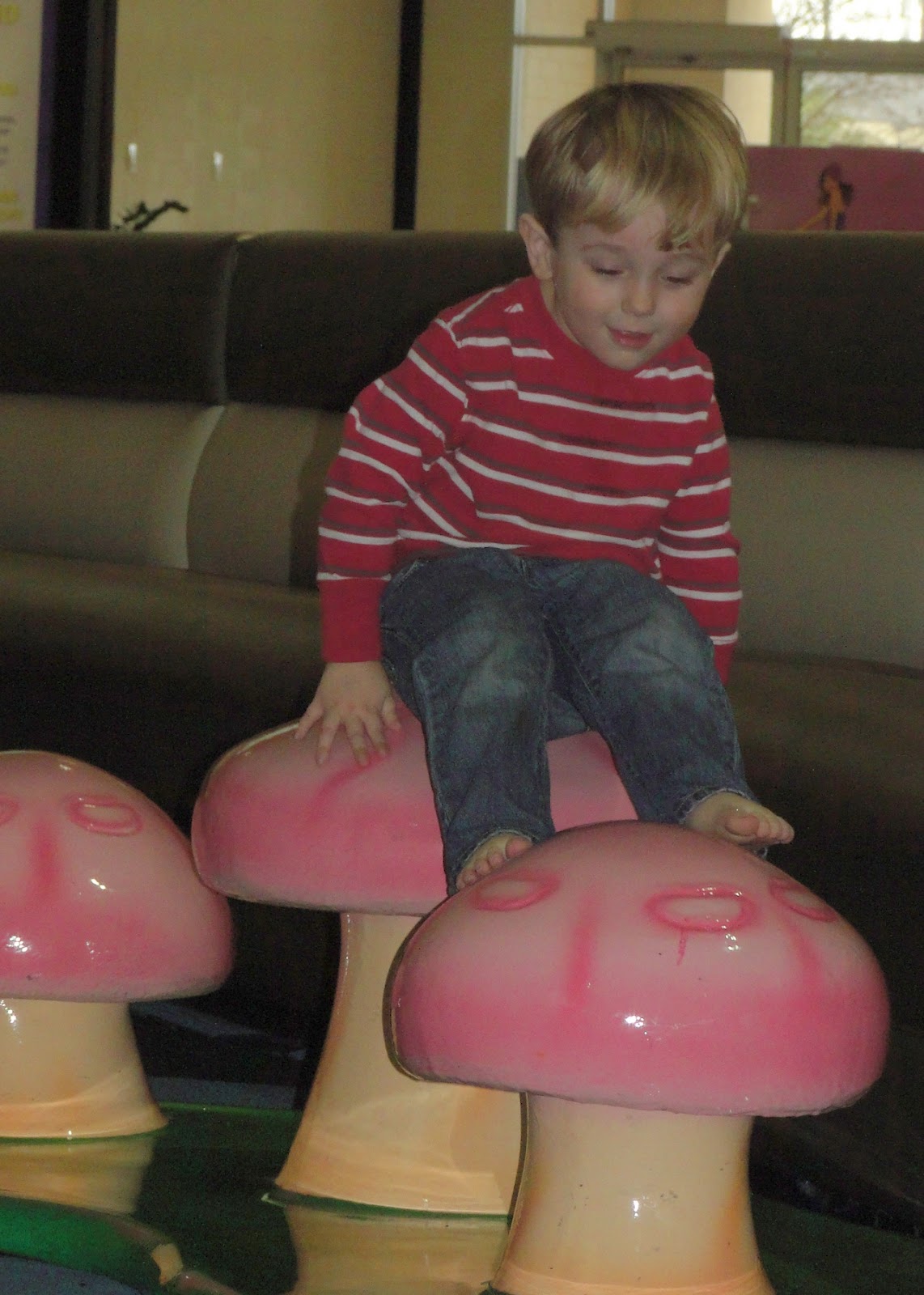 Having so much fun together! 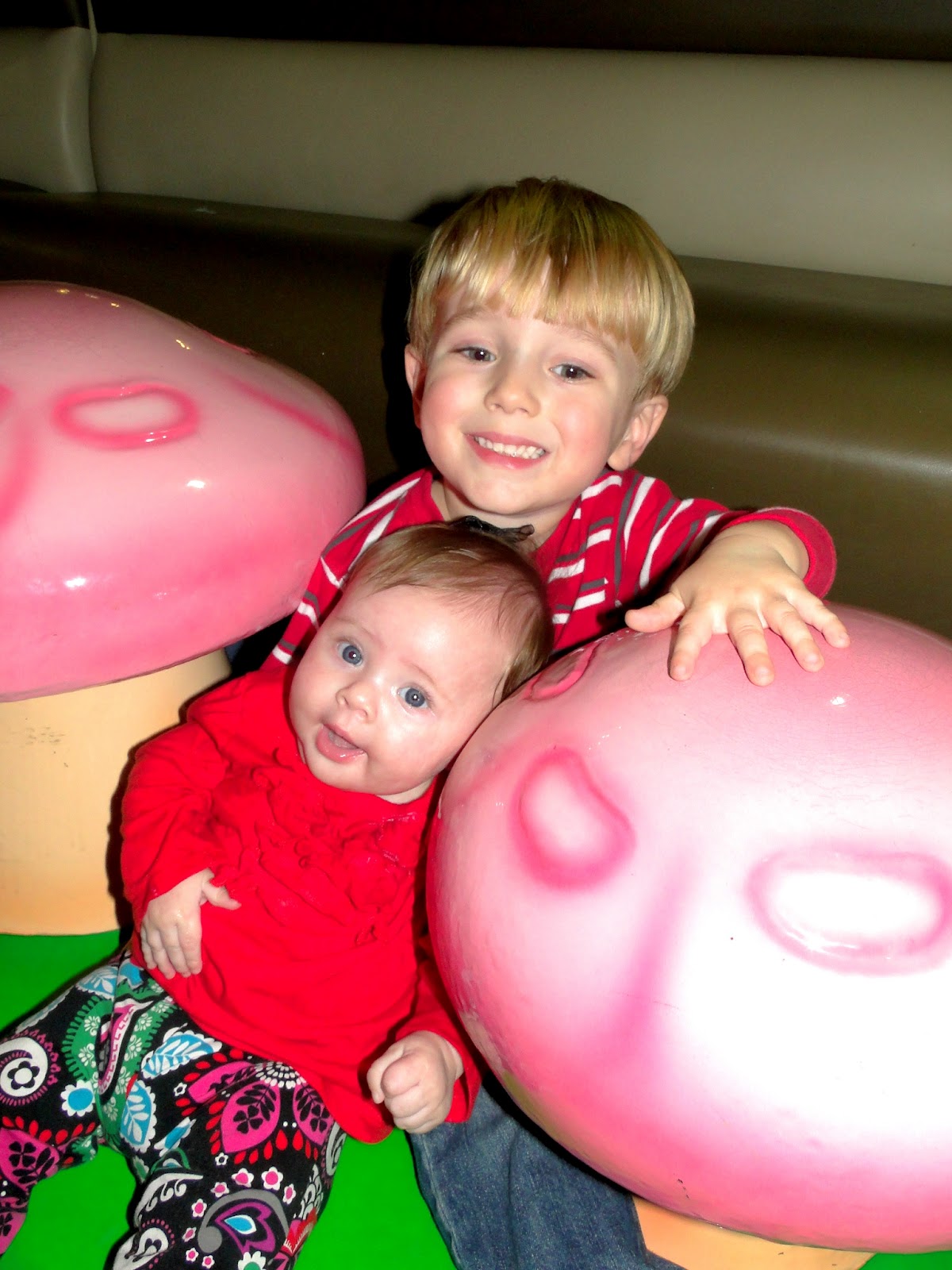 More “sleeping” on the alligator 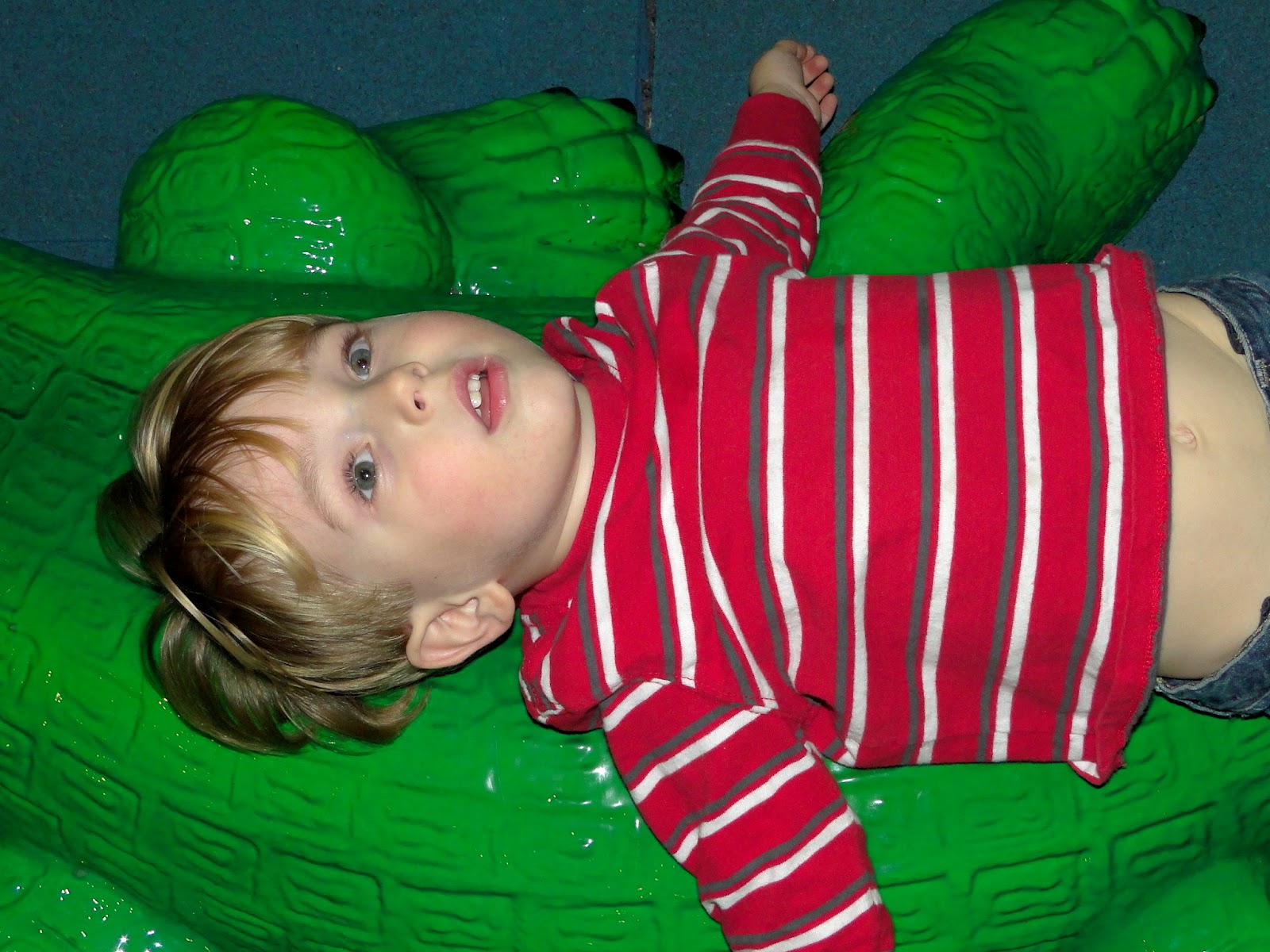 We played from 10:30 until 11:30 then it was time to go. When we left the house I worried that it would be too quick of a trip and that Kye would be upset about having to leave. Nope! It really worked out well. The other kids had all left and Kye was asking me if we could go. Perfect timing! I loaded them up in the stroller and headed to Belk to hit up their bathroom for a diaper change. I knew Brittlynn would most likely fall asleep in the car on the way home and I didn’t want to have to fully wake her up to change her diaper, thus messing up her nap even more. 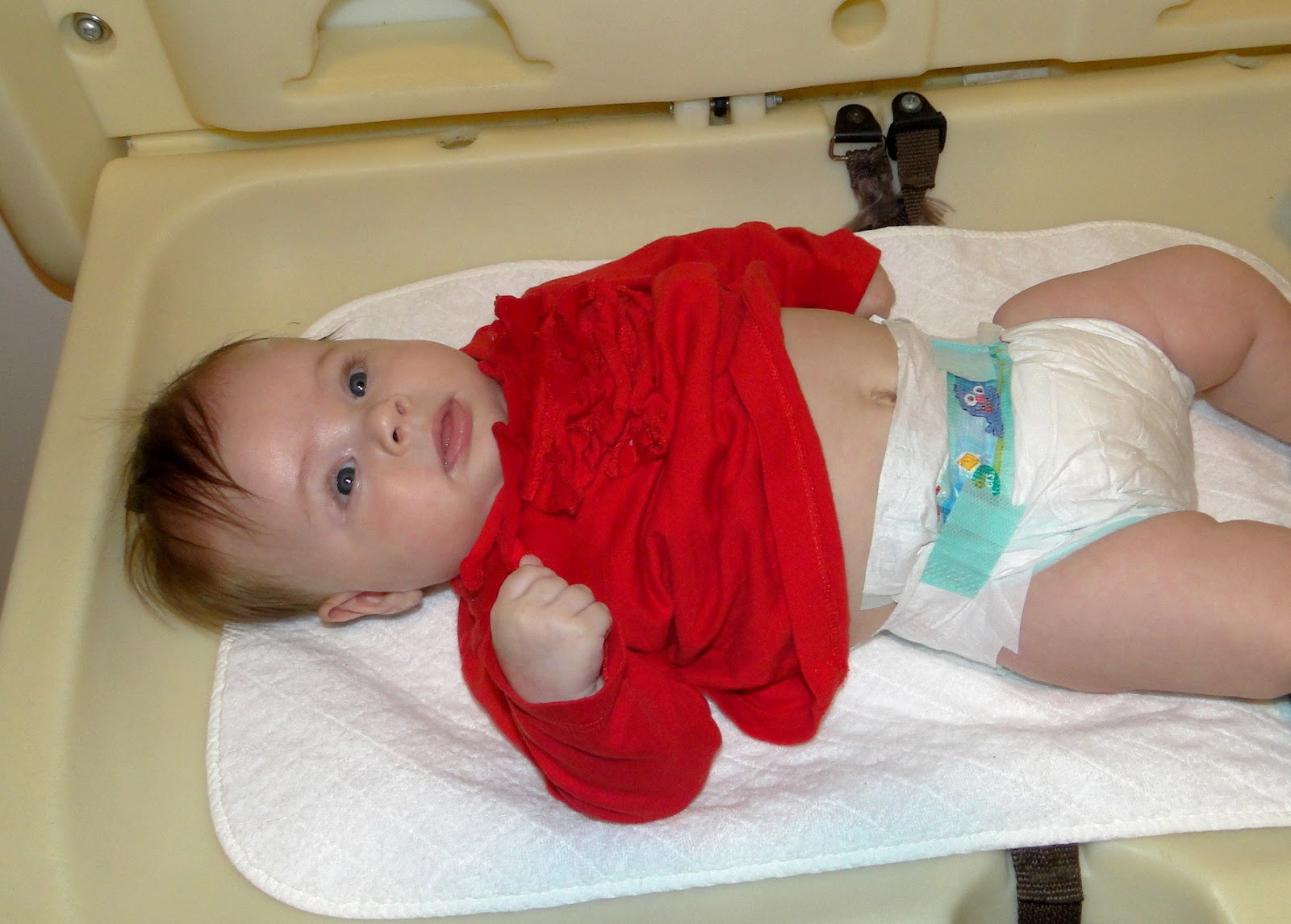 Kye was a HUGE helper in the bathroom and we both laughed about how the big stroller took up all the space. He used the potty too, like the “big boy” he is, and then we left. On the way out of Belk he kept saying “Mommy let’s SHOP!” Um…where did this come from?!?! He even said “We can buy you something!” I was totally tempted to take him up on that offer…too bad he doesn’t have any money he can spend on his mama 😉 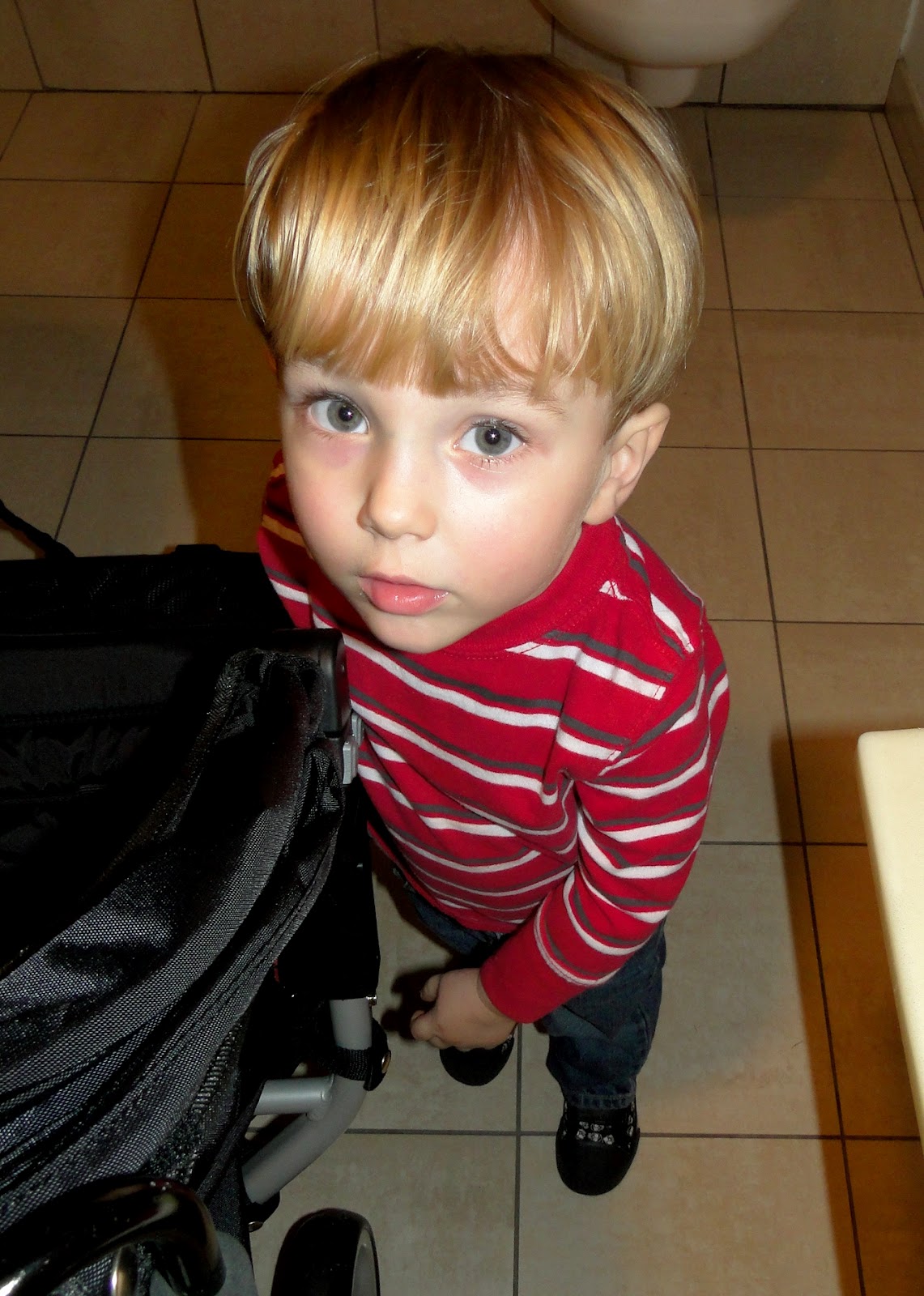 Family vacation: check! Taking both kids out on my own: check! I really feel like I’m BACK to EMILY!!! That following week I had to take them both to my rescheduled hair appointment…it also went pretty smoothly but I wasn’t able to ENJOY the hair cut like I usually do so it won’t be happening again haha. I am, however, DOWN for more fun at the playground or other places! Until Britt moves to the four hour schedule (which she is ready for now but I think I’m going to hold off until after Casey’s wedding weekend) we are free on Tues and Thur from 10:30 to 11:45 if anyone wants to hang out with us!