We all know I’m the type-A-personality-everything-has-to-be-perfect type mom. So I would never even have anything to write for a Not-Me-Monday post right? Not me!

While setting up for Kye’s party I would NEVER let him just run wild around the house! Not me!

I especially wouldn’t let him explore with some baby silverware to the point that he somehow stabbed himself in the mouth with a pretty sharp fork. Then while he was crying I wouldn’t lie to my mother in law, who I was on the phone with at the time of said stabbing, and say that he just bumped his head. Not me! 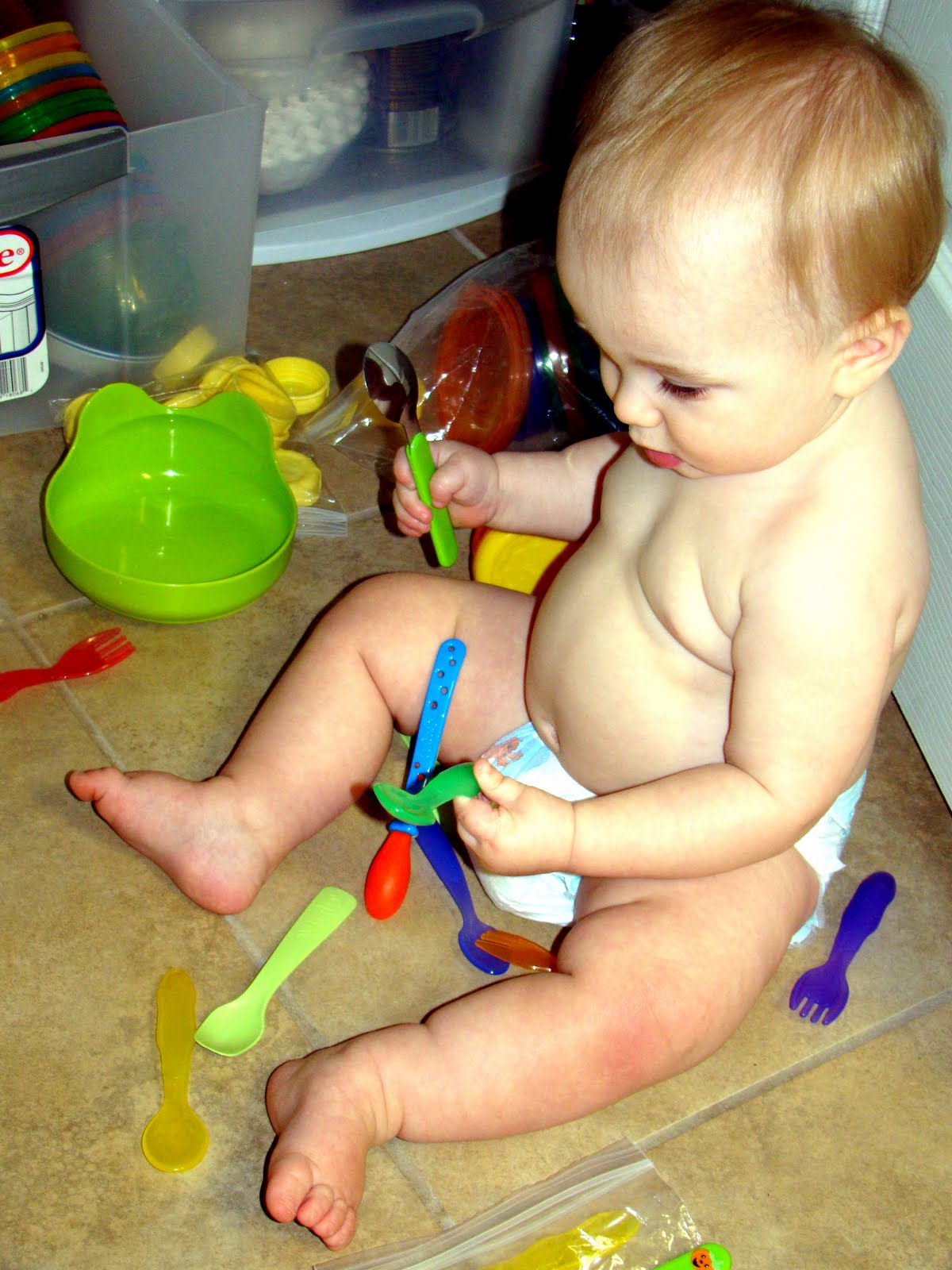 I am such a perfectionist and in such amazing physical shape that I would never be so sore I could barely move my arms just from cleaning right? Like sore to the point that I seriously couldn’t scrub another thing and didn’t even have the arm strength to vacuum? Not me!

And while cleaning I’d never realize that in the two years I’ve lived in this house that I’ve not only never cleaned the base boards or the windows but that I’d also never vacuumed my closet. Not me!

I also wouldn’t be so hardcore about my son’s first birthday party being perfect that I stayed up super late the night before perfecting 50 monkey cupcakes. And I wouldn’t be so exhausted while doing them that the only thing keeping me focused would be timing myself to see how fast I could go. Not me!

And the morning of the party I totally wouldn’t ignore my child’s needs so badly that his diaper became so pooped filled that it literally leaked out allll over the carpet. Not me!

I also wouldn’t make him wear khaki’s pants for his party that were too small to the point that they left red marks on his little legs. And I would never allow him to wear his $20 embroidered shirt while eating his smash cake. Not me!

And since I am the perfect hostess and party-planner I’d never tell my guests to get down on the floor next to Kye to open the present they got him. And I’d never lay in bed tossing and turning the night after the party worrying weather or not I thanked people for coming, made Kye say thank you enough, or talked to everyone. Not me!

Surely I’d never see my sons cake-filled-poop-diaper the morning after the party and tell my mother and husband that it looked just like chocolate frosting and that it looked pretty tasty. And of course I wouldn’t repeat such a comment to multiple people at church. Not me!

And since I’m working so hard to keep off my baby weight and I stick to my Weight Watchers diet so well I’d never eat Kye’s extra birthday cake for breakfast the morning after the party. And I’d surely feel so sick from such a breakfast that I’d never eat it again for dinner and even add ice cream to it! Not me! 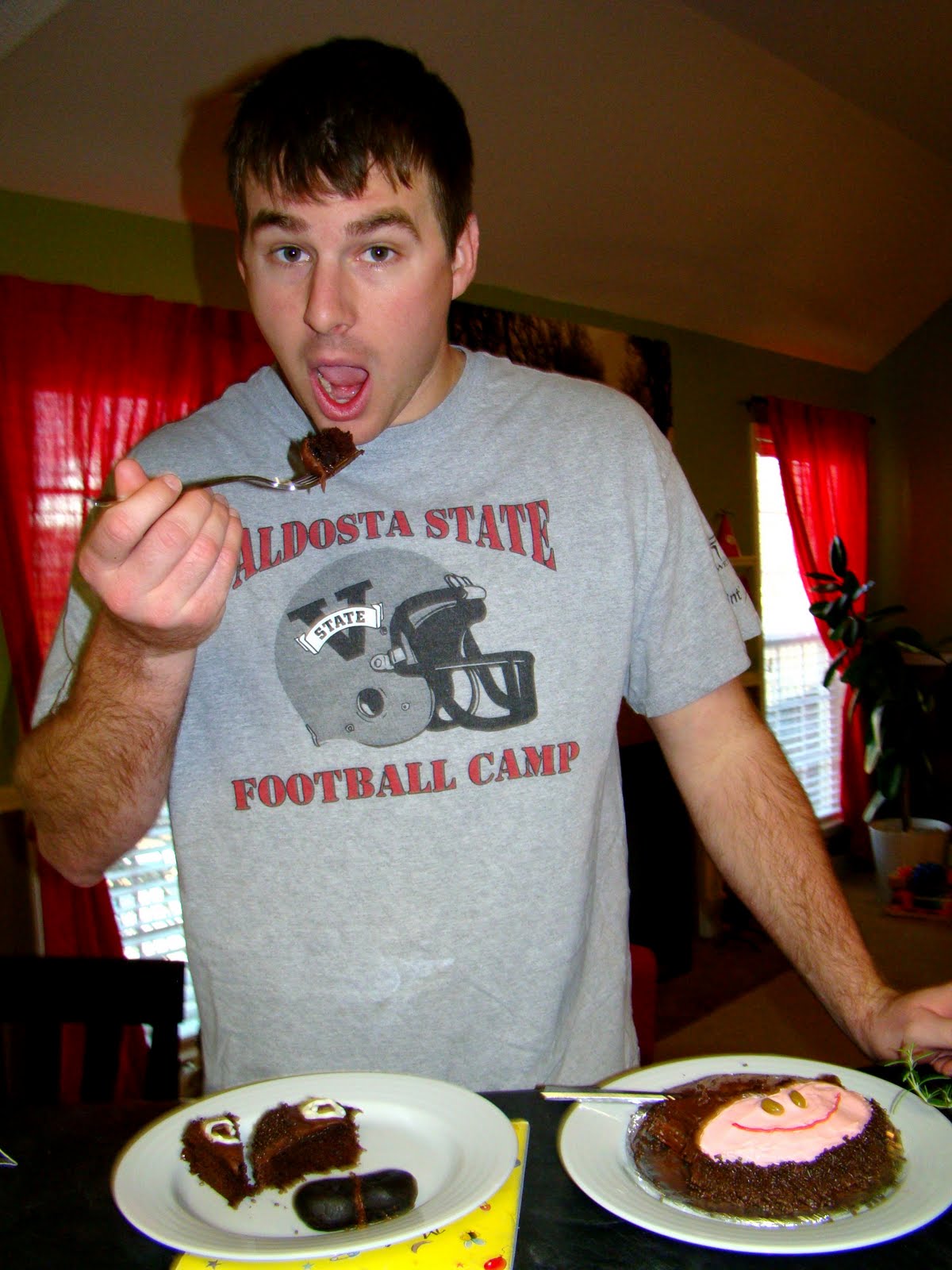 Did you enjoy my first attempt at a Not Me! Monday! Hopefully I won’t have too many more Not Me! moments in the future but that’s doubtful! This blog carnival was created by MckMama. You can head over to her blog to read what she and everyone else have not been doing this week.