Danielle, Chelsi and I have known each other since pretty much forever! I am pretty sure Danielle and I met in 5th grade? And Chelsi I think was 7th grade! While we’ve known each other for a long time we didn’t become good friends until High School.

Since we got close, Danielle has been one of my best friends. She is one of the few people who truly “get” me and that I can talk with for hours and hours and hours without running out of things to say. Even though we both live extremely busy lives and don’t get to talk often we both know we have the other one and that alone is comforting sometimes! Usually when Zach and I find our way going through Atlanta we will stop and spend a night with her at her parent’s house (they are two of the nicest people EVER!). Those nights are times where we stay up super late talking and catching up. Even though I may be exhausted the next day I always feel so refreshed. It’s like being around her recharges me and keeps me going until I see her again! haha!

It meant so much to me when Danielle called and said that she and Chelsi were going to come down for the weekend! And it was PERFECT timing as, unlike normal, we had no plans! This was only the second time either of them had been to Valdosta to visit and the first time they’d get to see our house so I was excited. They got here late Friday night, like 11, and we stayed up until after 2 catching up. Zach even stayed up with us!

Danielle and her mom made us this adorable diaper cake and she brought down a bag full of goodies for the baby! They put a little doll inside the bag too and Zach was basically obsessed with playing with it. He even stuck it in Clover’s crib haha. 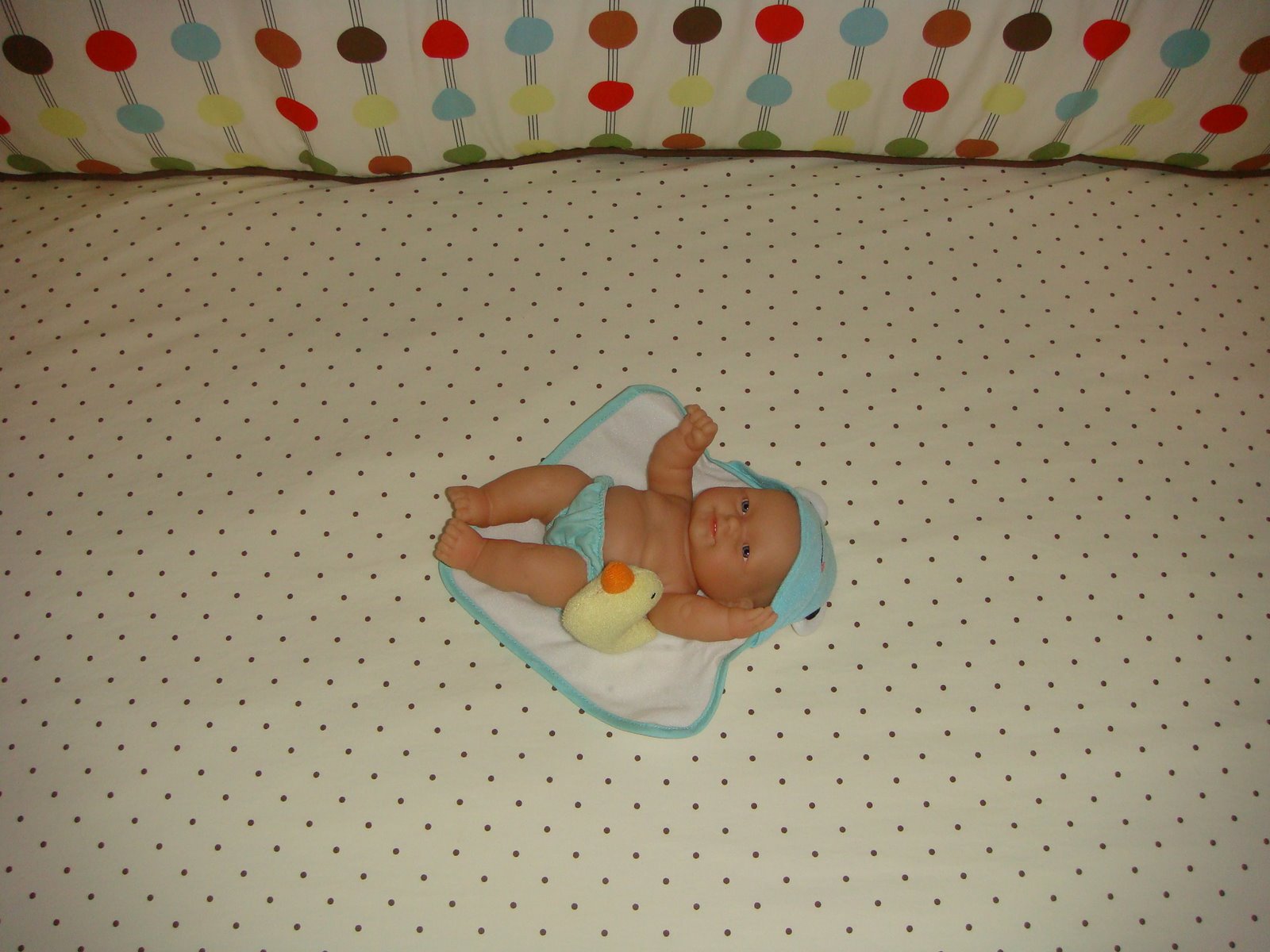 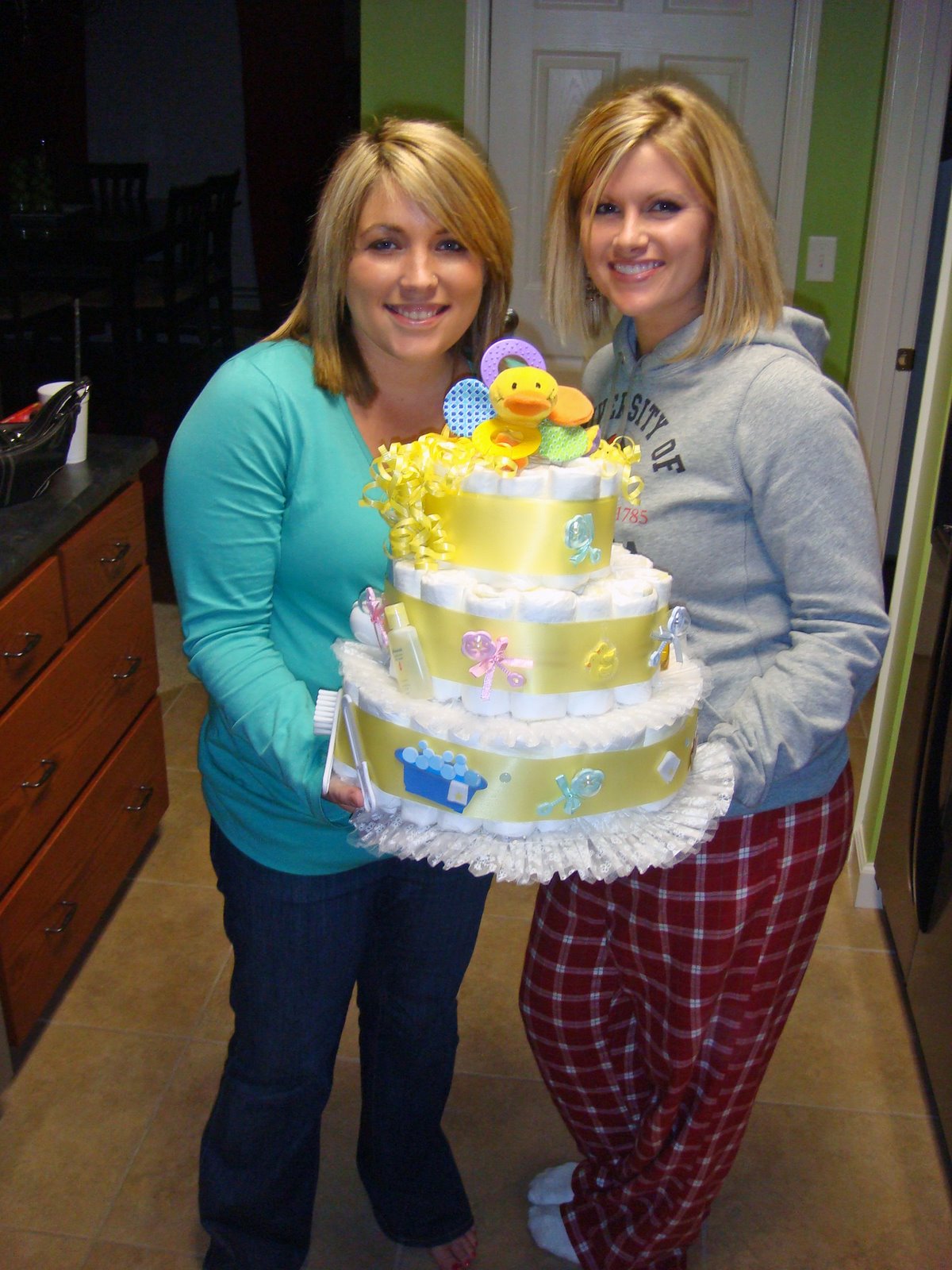 On Saturday, once we finally woke up, we headed out to see the awesome town of Valdosta! haha. We met up with friends of ours at one of our favorite restaurants, Sister’s Pizza. Zach got “little” Zach to tag along and I’m so glad he did because my poor husband would have been stuck with five women! 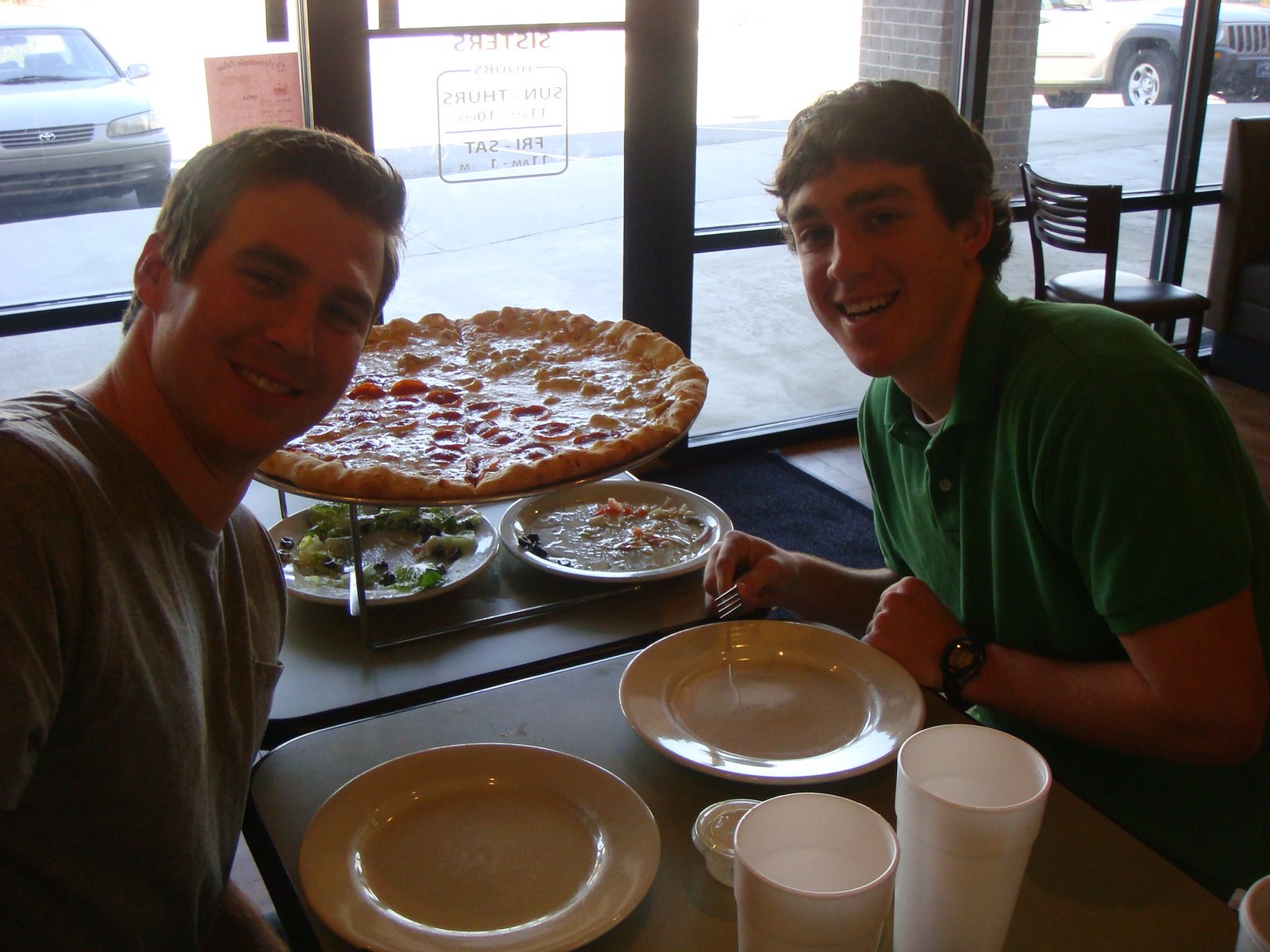 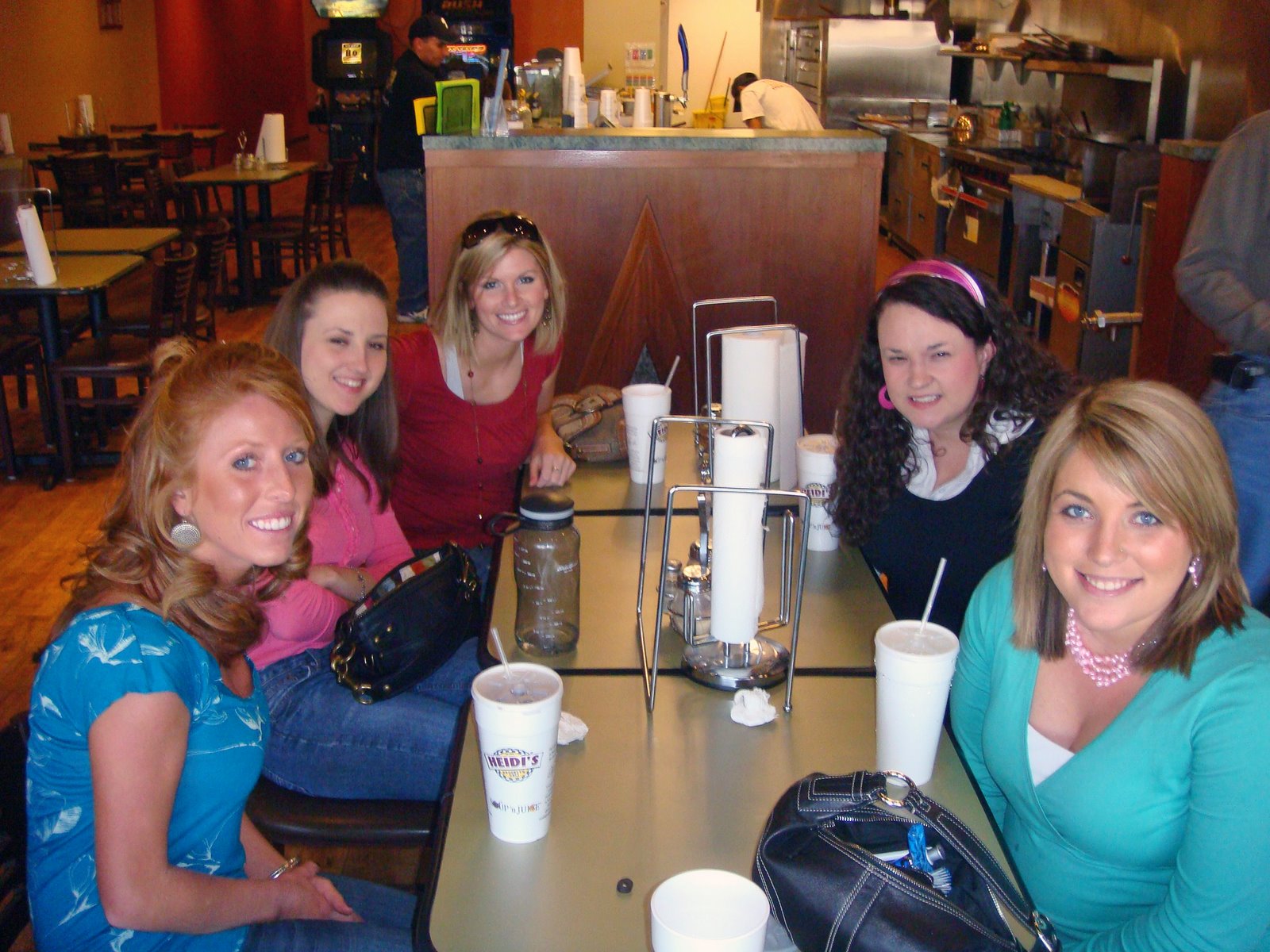 While the boys tried out Valdosta’s newest attraction, the putt-putt course, we went to go see Revolutionary Road (it was not good at all…don’t waste money on it unless you want to feel depressed!). Afterward we went by the house and picked up Zach then met up with Chad, Chelsi’s boyfriend who lives in Tifton, at Smokin’ Pig. He was so nice and such a gentleman! He likes to golf so that gave him and Zach something to talk about!

Chelsi went back to Chad’s with him and Danielle stayed with us for the night. I decided to stay with her in the guest room so Zach could get some sleep and we could stay up and talk as long as we wanted! We watched the wedding video, as she hadn’t seen it, and I seriously can’t believe that the bride in that movie is the same person sitting here right now! I look sooo different! That’s one thing pregnancy does change for sure, where I used to think I was chunky or not so hot I now look back and appreciate how awesome I really did look! I think once I get back to my “normal” size I will be MUCH more confident than I was pre-pregnancy!

While I only got about five hours of sleep that night, I had to get ready for church and my last baby shower on Sunday, it was well worth it. It was such a nice weekend just being able to relax with close friends and catch up on what is new in our lives. Zach and I plan to make a trip to Atlanta over the summer with Clover so we can see everyone again and everyone can meet the baby!