days I’ve been a big believer in independent playtime. While I don’t feel like I structure Kye’s awake time enough, independent playtime is something I’ve stuck very religiously too and I already see the benefits of it. During these past few weeks with Kye’s cold then rash we kinda let the independent playtime routine slip some. He was so clingy that it was impossible to get him to go into his pack and play. 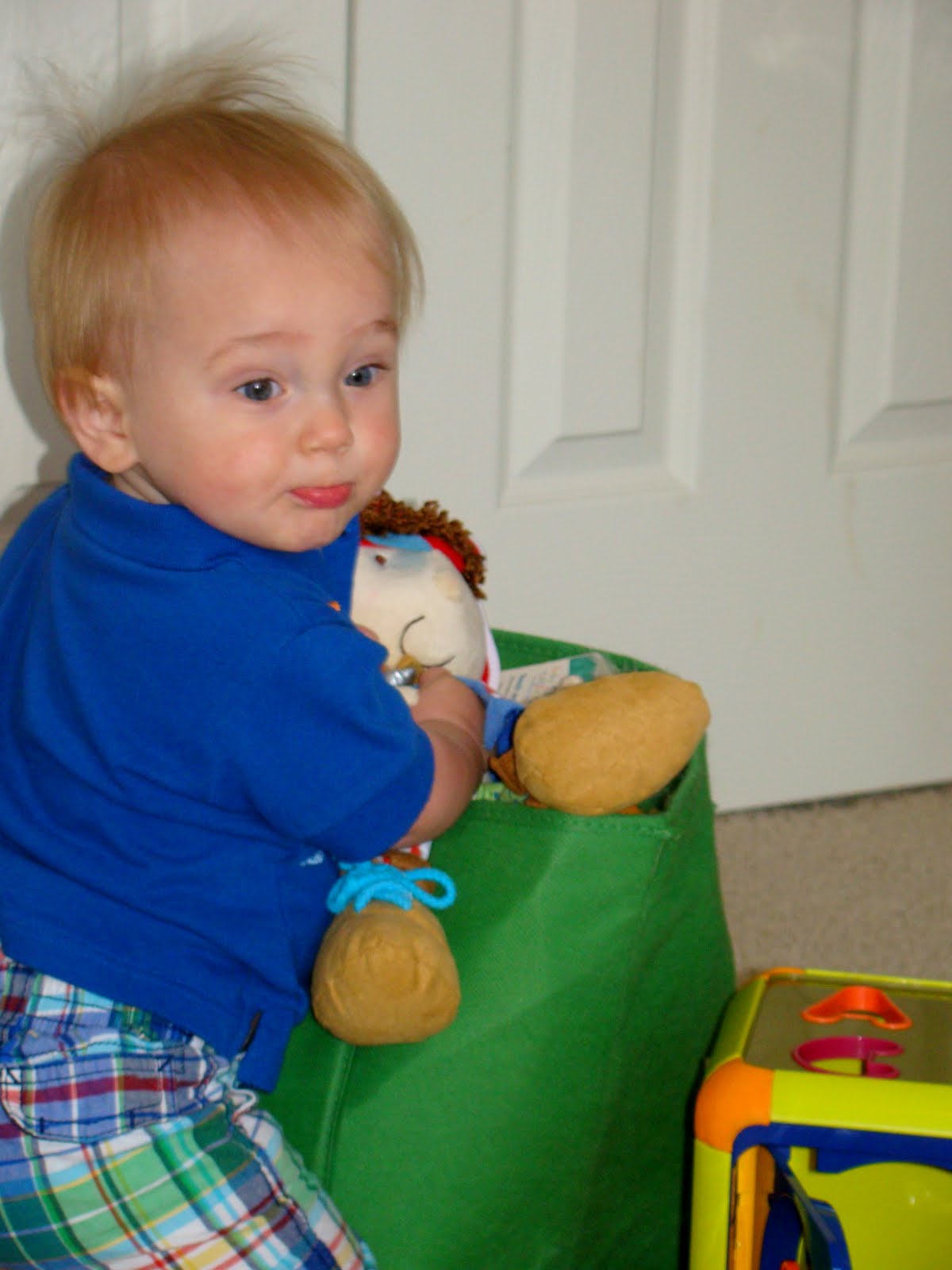 Once he started feeling better I tried to go back to independent playtime but he just wasn’t having it. Toddlerwise

discusses the importance of independent playtime and how as toddlers you transition the child from the pack and play to their room. I decided that it was time for us to move to roomtime rather than pack and play time!

(checking out the “cars” outside) 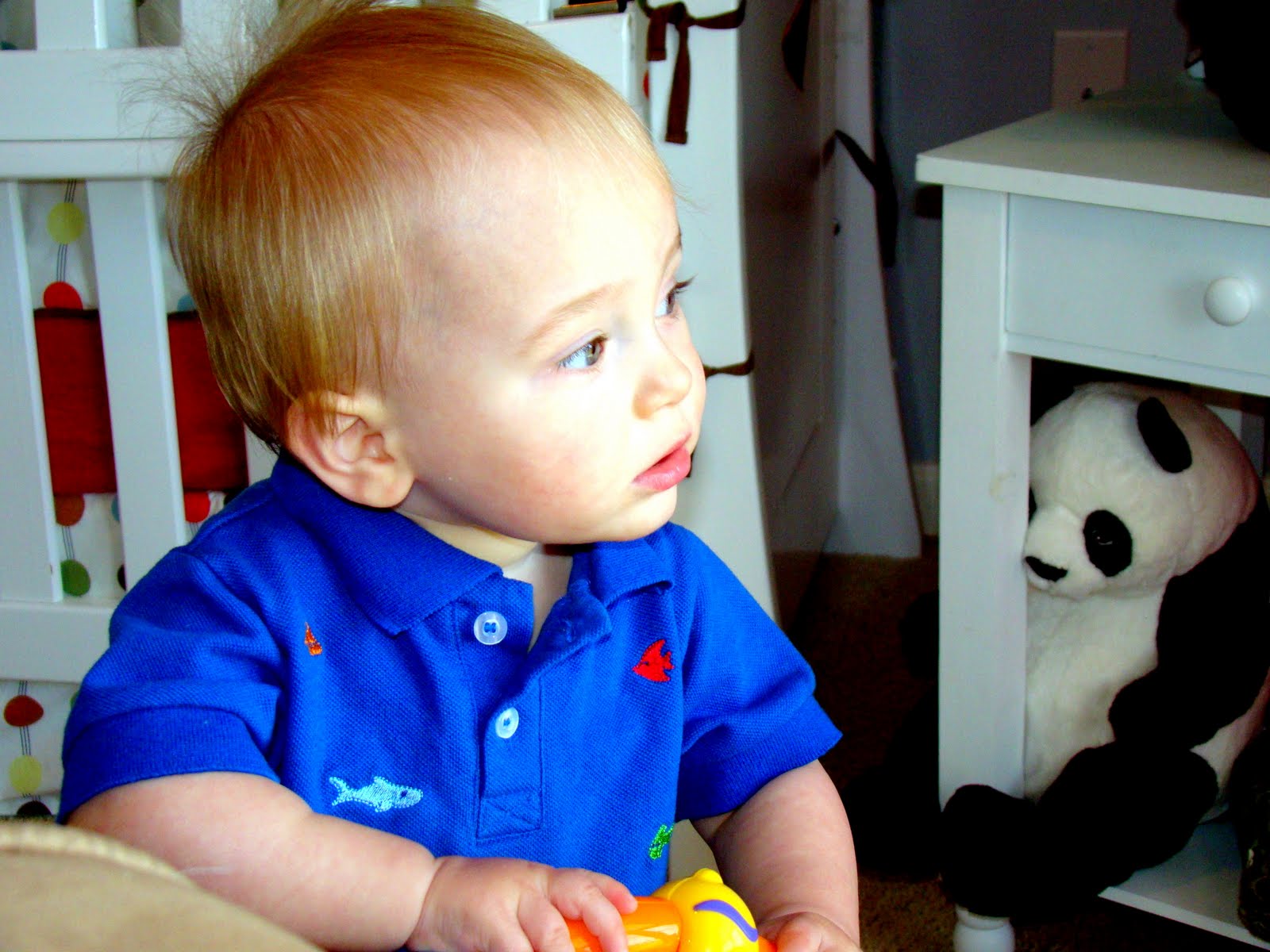 Toddlerwise says that the purpose of roomtime is to teach your child to learn to play quietly by himself for a period of time. It helps them to learn to focus and to play independently without having someone or something there to ‘entertain’ them. This is a time determined by the mother, not the child, and it’s simply independent playtime with extended boundaries. It’s not a time to let the child do whatever they want and break any rules but it’s a time where they have a choice between toys you select in an area you select to play.

(a moment where he did want Mommy!) 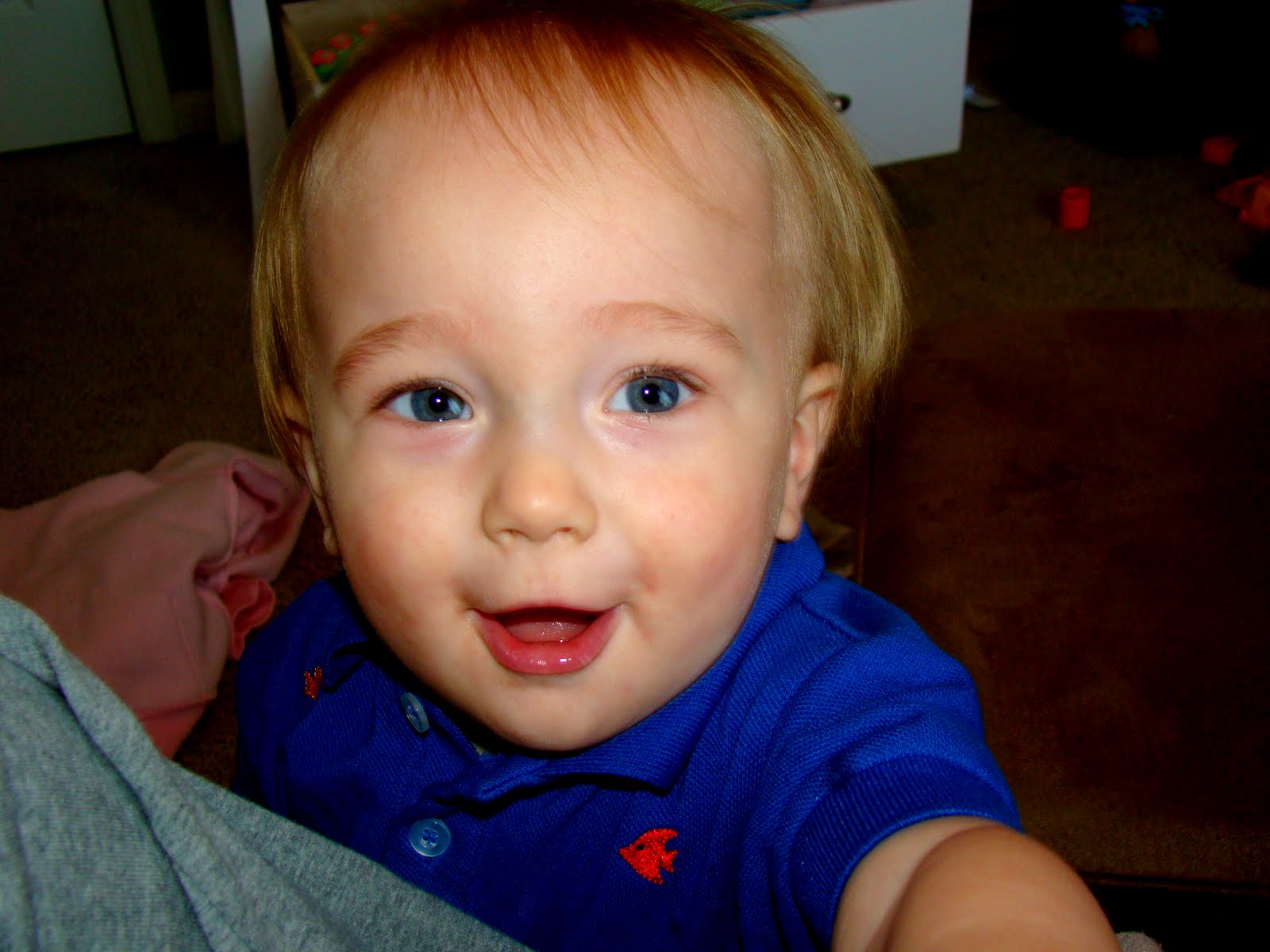 Since Kye’s been mobile Zach and I have always worked with him on boundaries. I agree with the ‘wise books that boundaries are very important and that giving a child too much freedom is not a good thing. Kye knows what he can and cannot touch. He knows not to pull things out of his drawers, grab the plant in his room, or mess with the blinds. He knows his boundaries pretty well and since he was obviously beyond the pack and play (it’s a REALLY small area for a very mobile child!) I decided he’d probably do well with roomtime.

(playing in his drawer for most of the roomtime!) 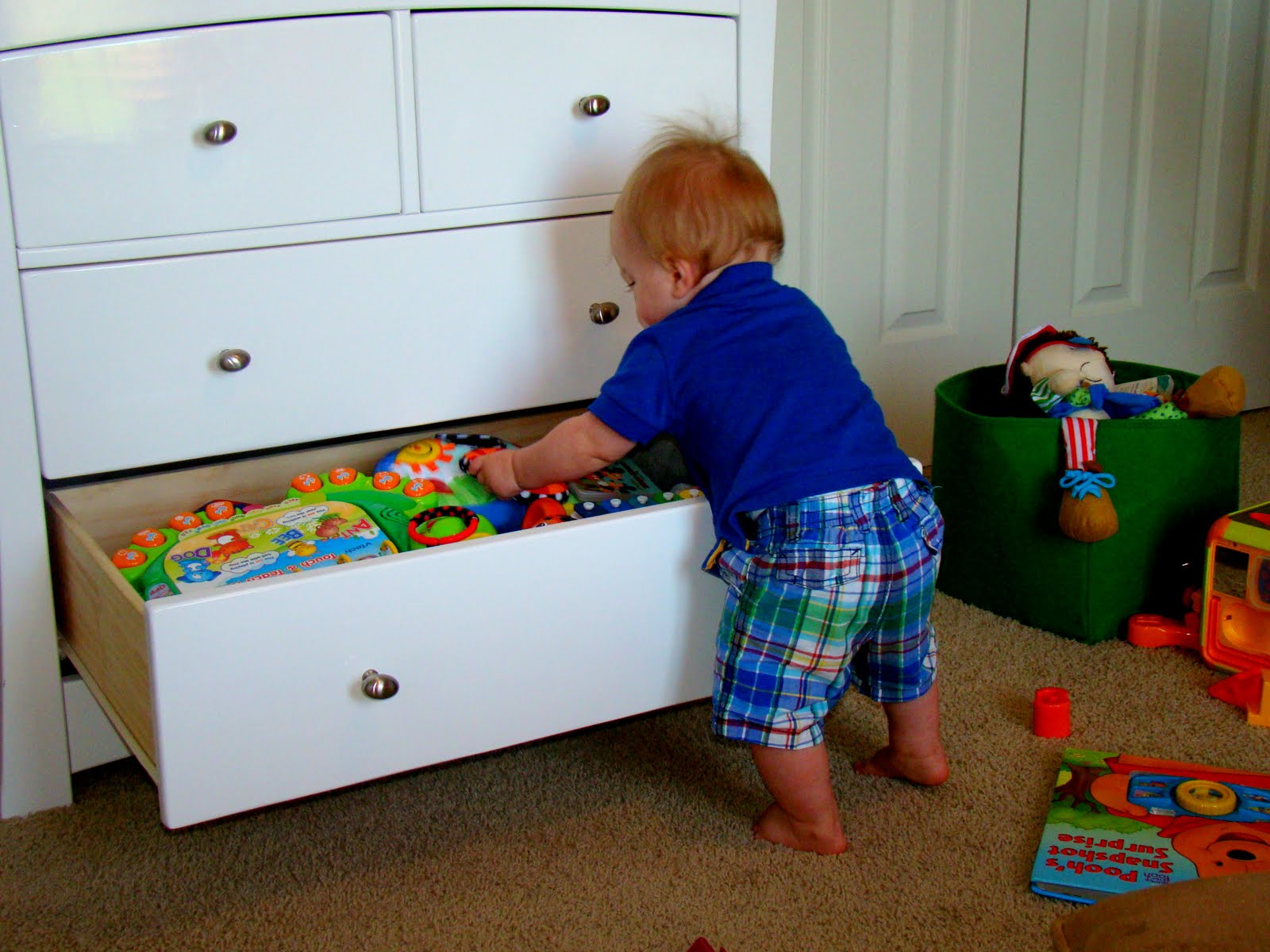 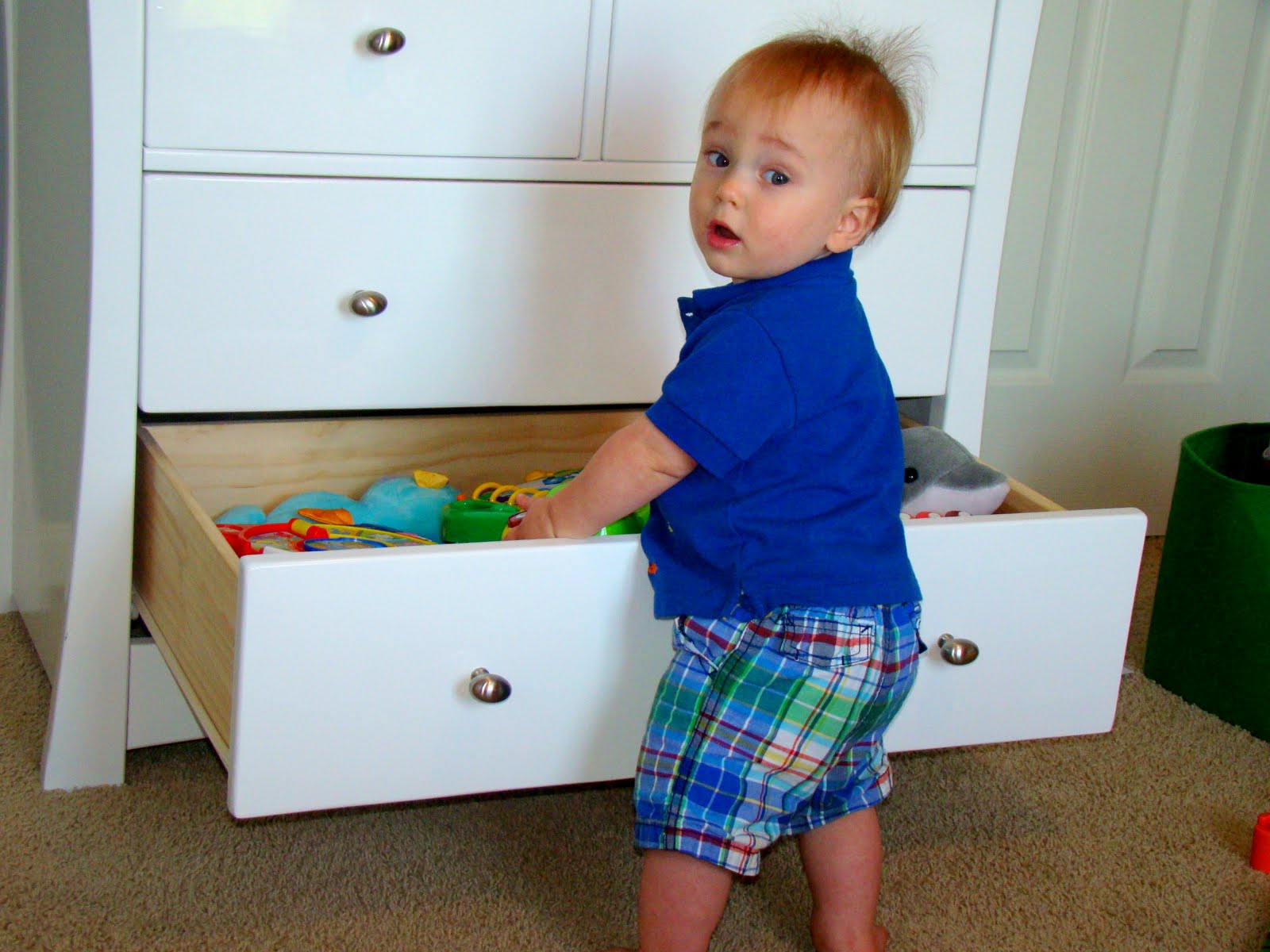 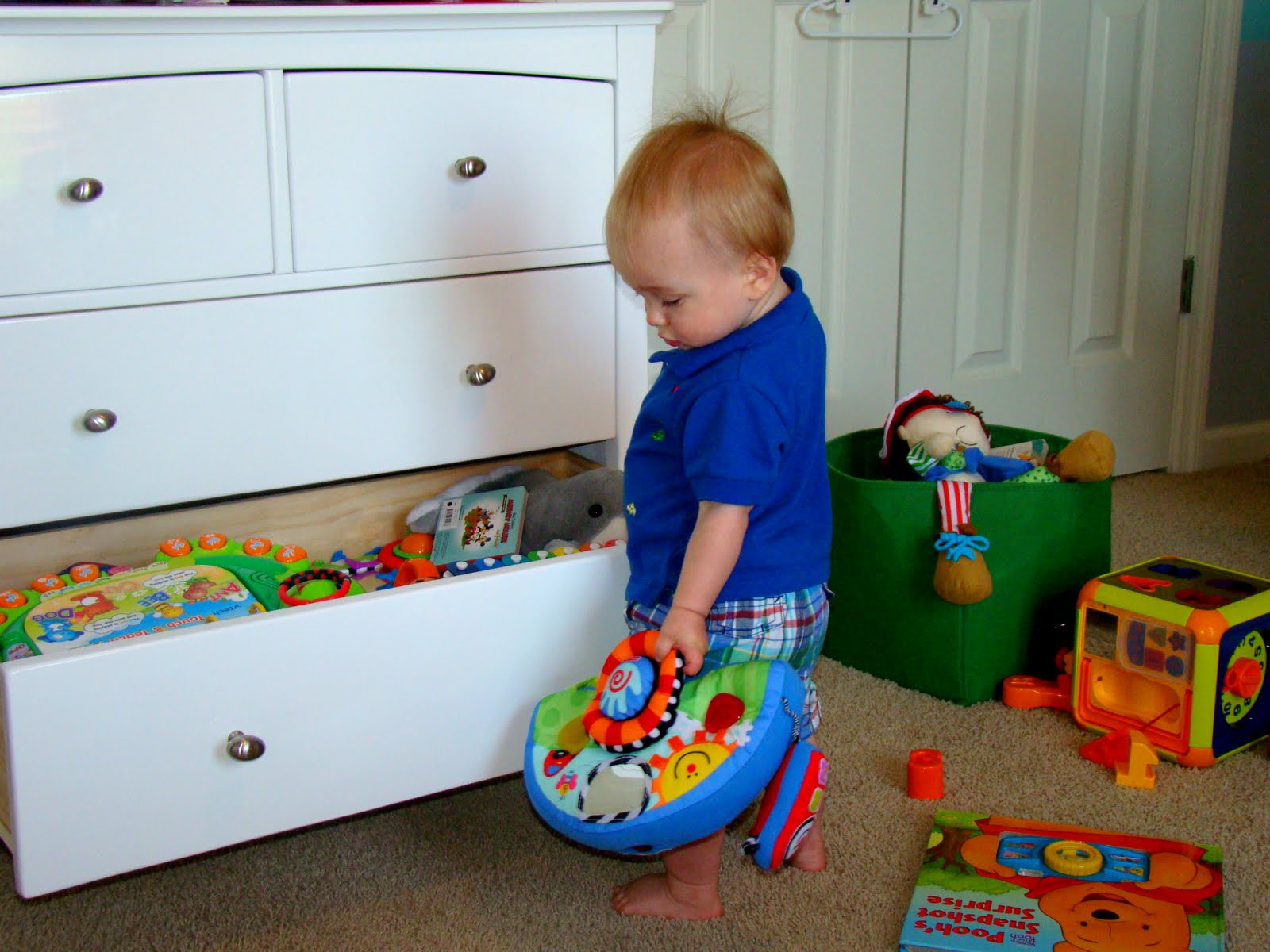 I read all about what the Babywise Blog Lady suggested on the topic (here’s a link to all her posts related to independent playtime as well as roomtime) and then we started it! I read that she suggested to be in the room with the child and play but then to slowly stop interacting with them and then eventually leave the room all together. The pictures in this post were taken while I sat in the chair in Kye’s room observing him for his first go at roomtime. After this day I haven’t stayed in the room with him at all! 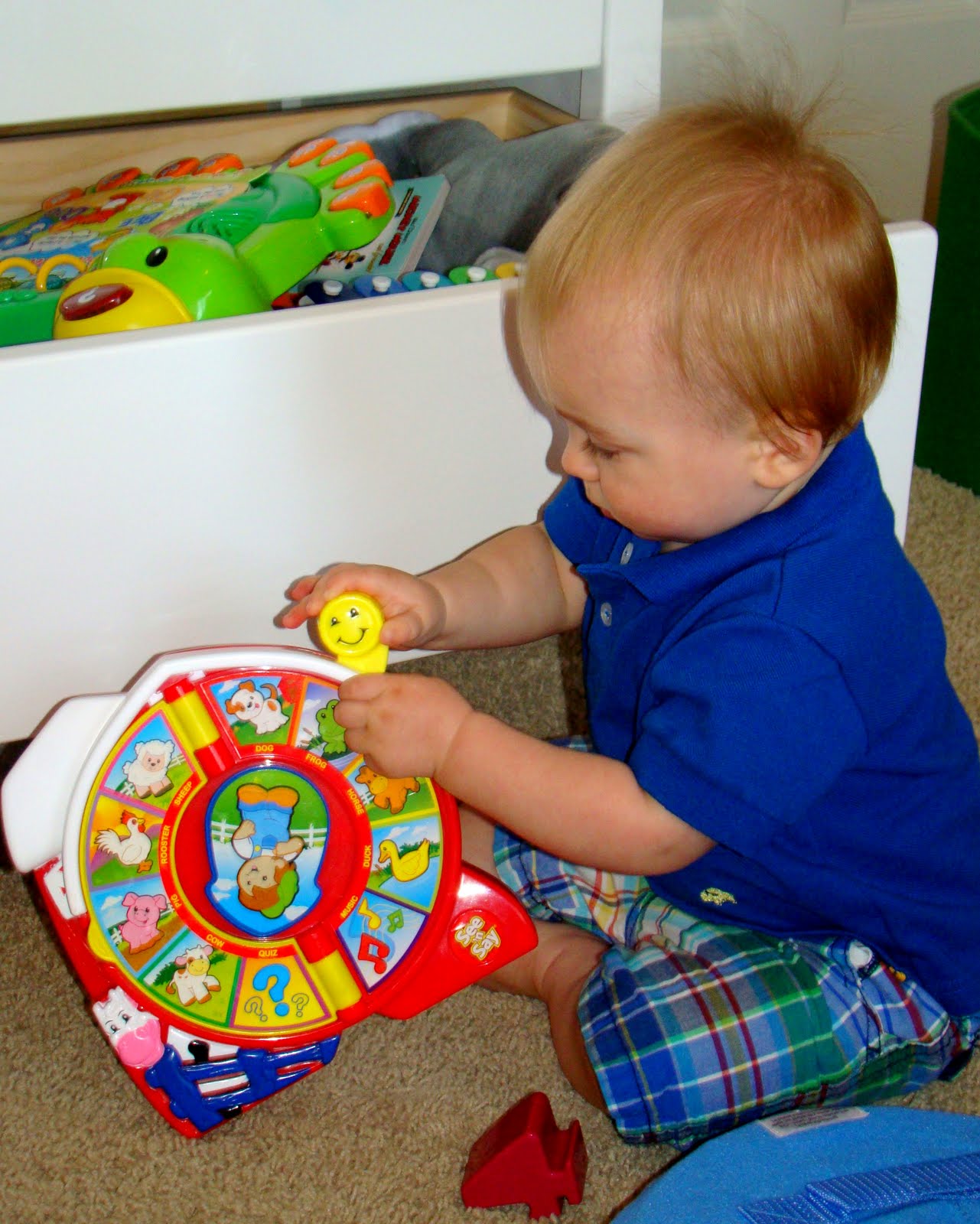 Kye’s used to playing on his own as we started independent playtime very early on with him and Zach and I both don’t hover over him all the time. He barely even tried to interact with me during his first roomtime experience so I knew he was ready for it and I knew he’d do fine with it. The Babywise Blog Lady said her son loves this time so much that he will want to continue to play on his own and will have roomtime everyday for over an hour (he’s 4 years old)! She said she even will go in there when it’s over and he’ll have already cleaned up his toys…um awesome! 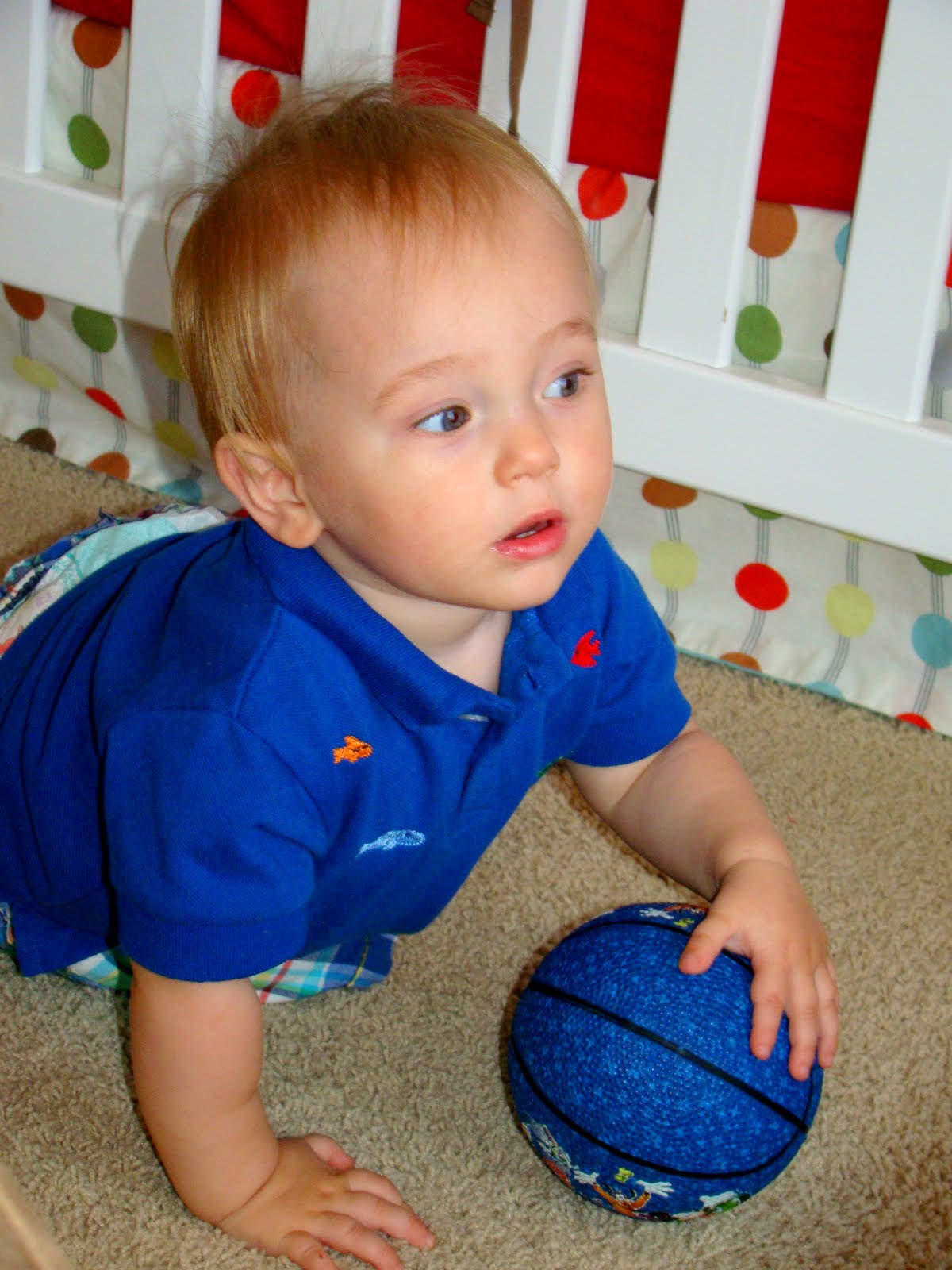 ), his drawer of toys open, and one of the storage tubs we keep toys in for him. I agree with Toddlerwise when they discuss the importance of rotating toys as when a toy loses its sense of novelty then the child will lose interest. Whatever toys he has to play with I want to make sure they are stimulating and hold his interest. Right now I’m also just letting Kye enjoy this time for as long as he’s willing to (which is about 25 min) so I can judge how long to set a timer for.

(of course he spent a lot of time riding his turtle) 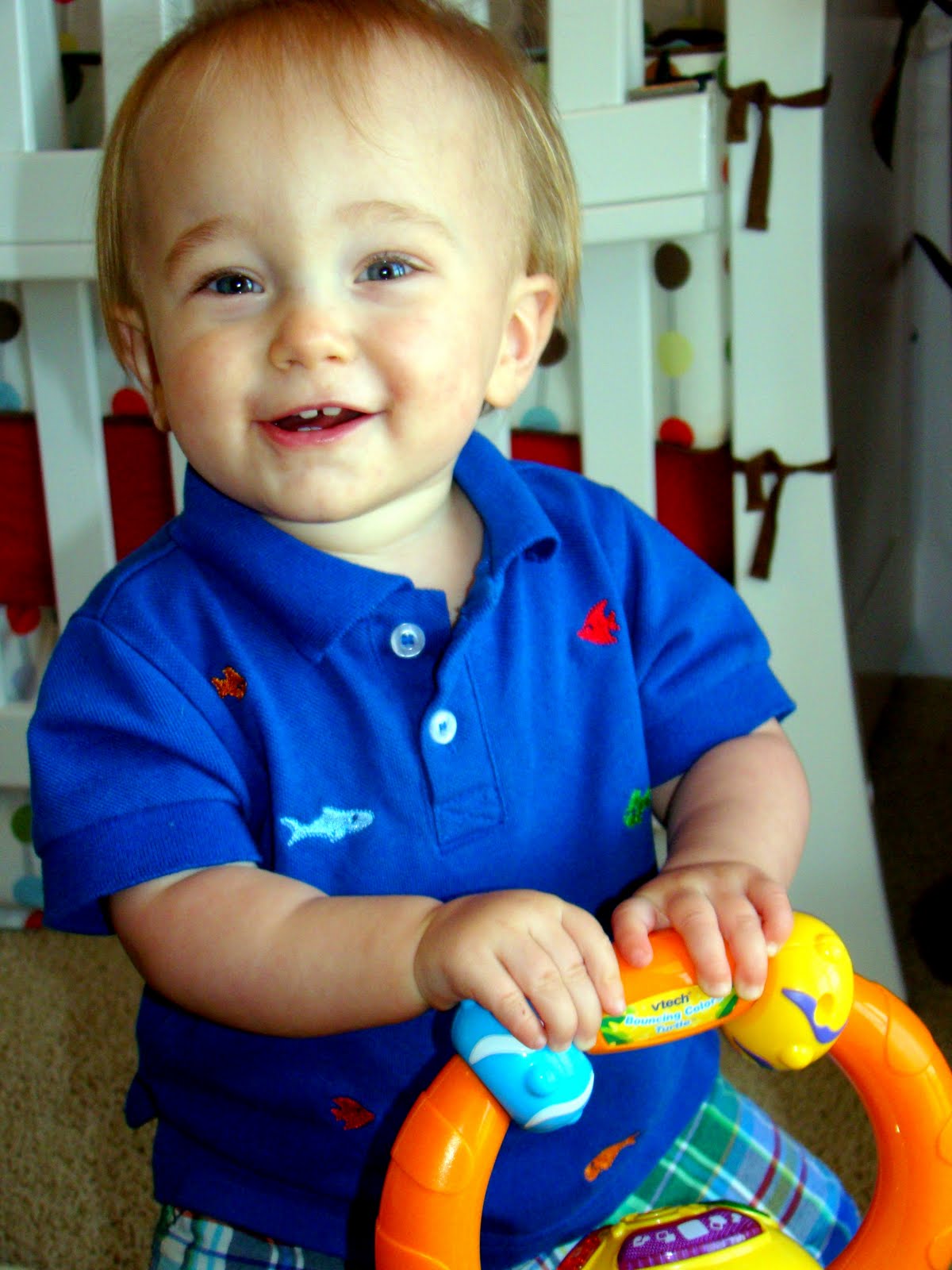 I plan on putting a timer in his room and setting it for the amount of time I want him to have roomtime (I plan to start it for 25 min since that’s where he’s comfortable then slowly move up). He will learn that roomtime is over when the TIMER goes off, not when he starts whining for it to be over.  My goal is for roomtime to be 40 minutes long once a day as that’s how long independent playtime was. We did it everyday right after lunch (so around 11:30ish) and he’d stay in there happily for around 40 minutes. I truly believe that he’ll quickly be at that point with roomtime and that, like the Babywise Blog Lady’s son, he’ll LOVE this time to himself! 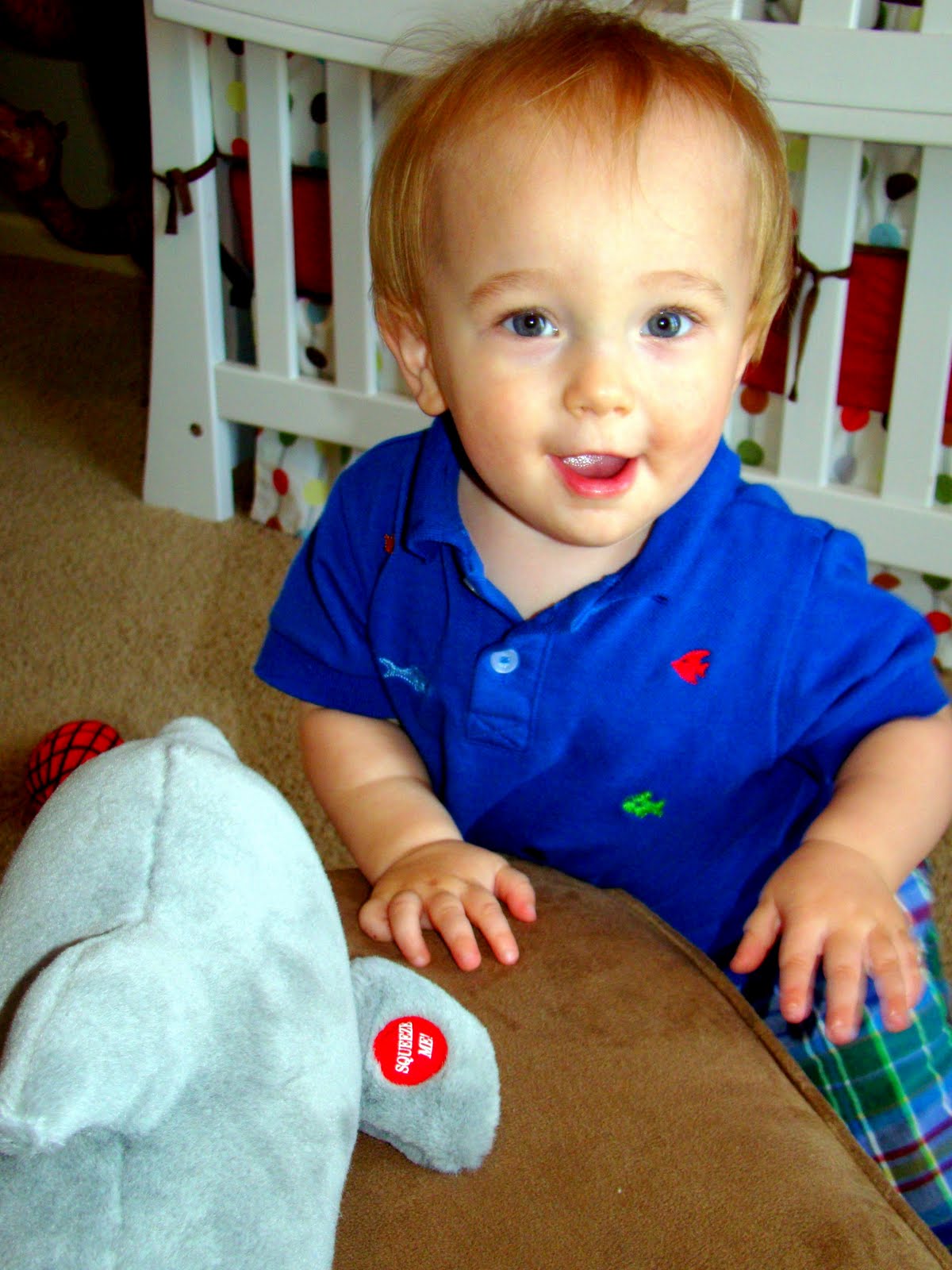