Thank you for all of your prayers! Kye’s surgery went beautifully and I’ll be blogging about it here soon (I want to wait a few days to see his recovery!)…

I have heard about the Mother/Son Luau for many years. Candler, the boy I used to babysit for, would go with his mom each year. I hoped that Kye and I would go together but it’s never worked out. It’s not nearly as popular as the Father Daughter Dance so I never even hear anything about it! This year I got lucky and saw a post someone made on Facebook about it. I got information from her (thanks Brandy!) and lucked out that it was on a weekend we were free!

Ready to get our dance on! 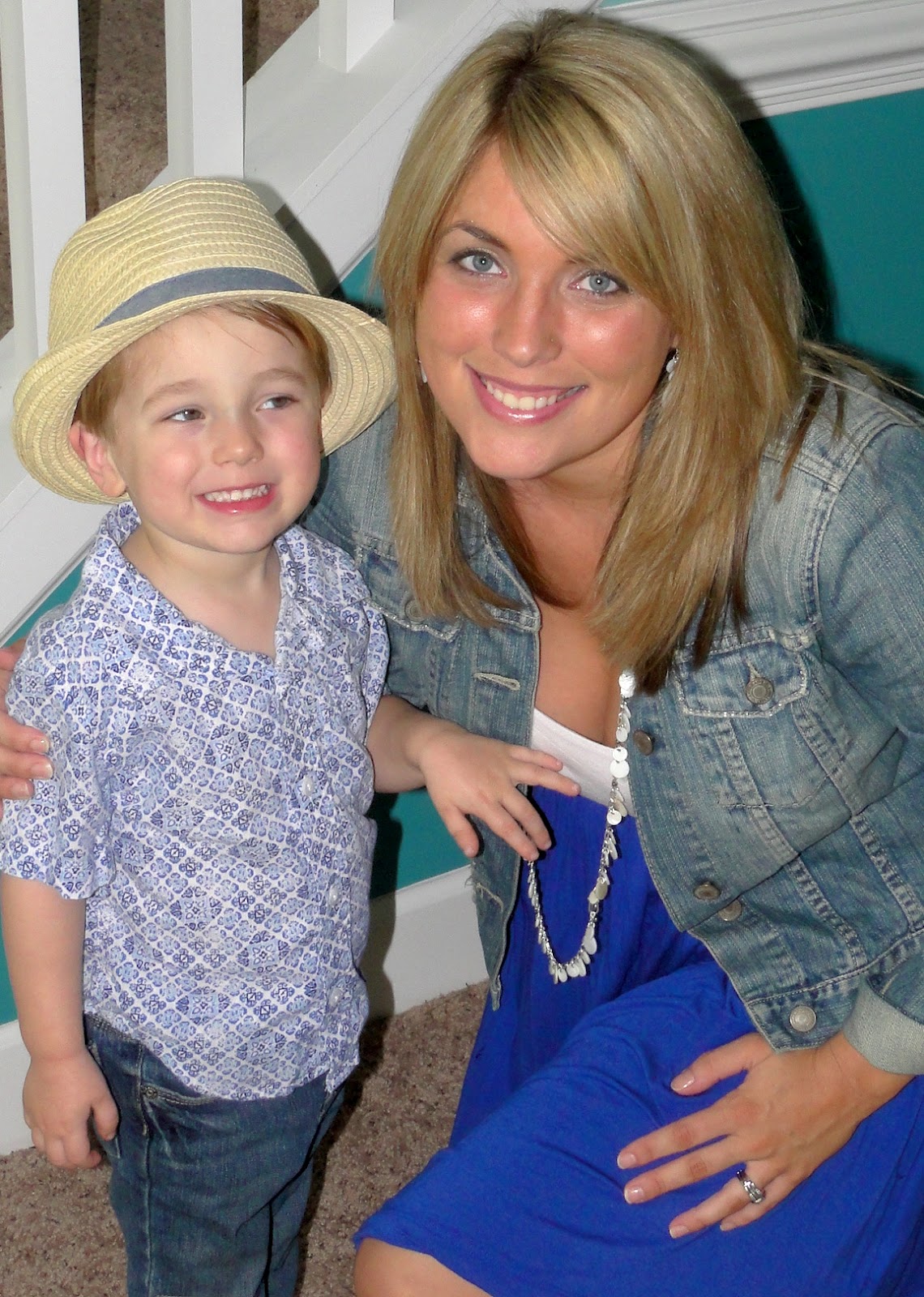 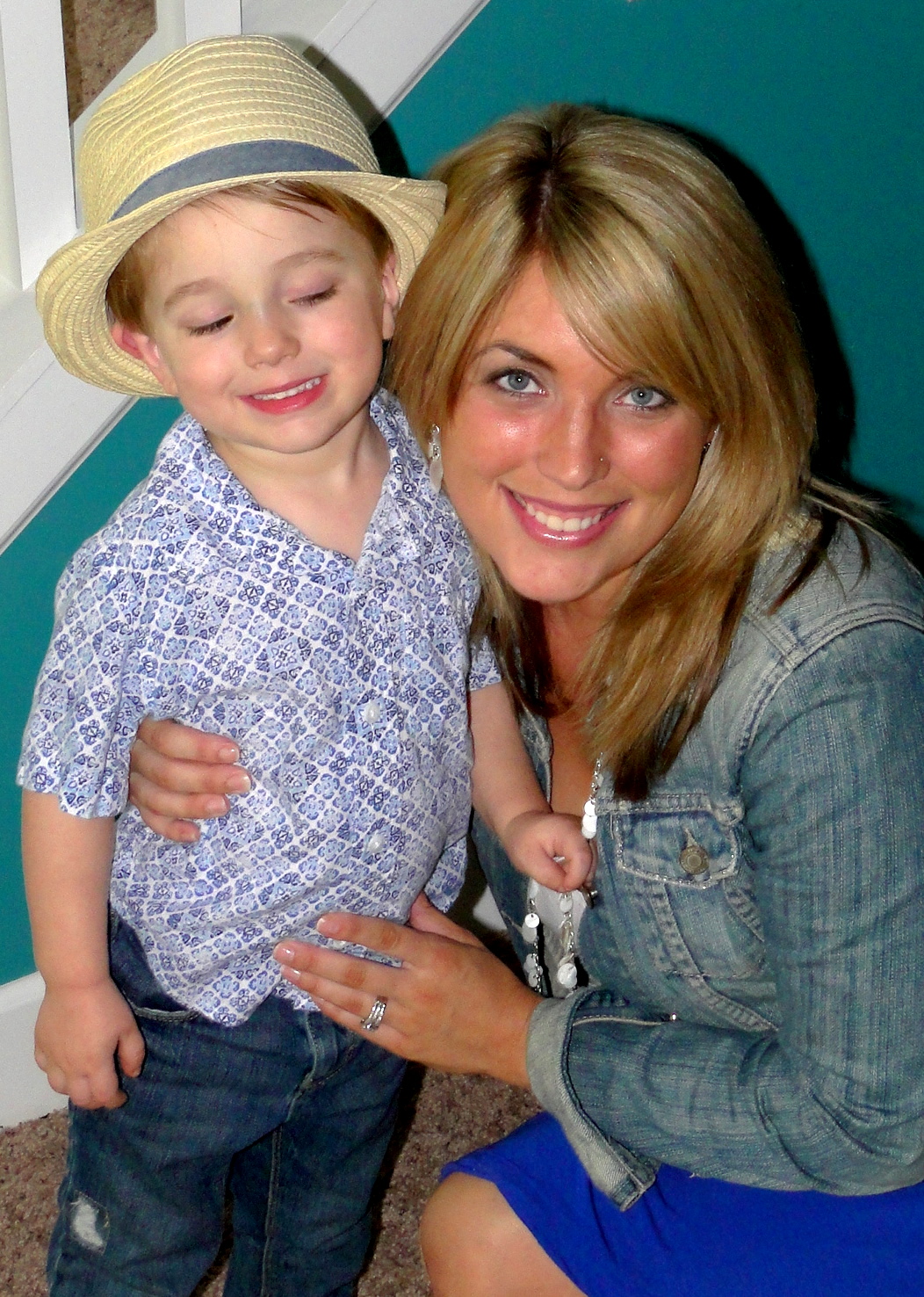 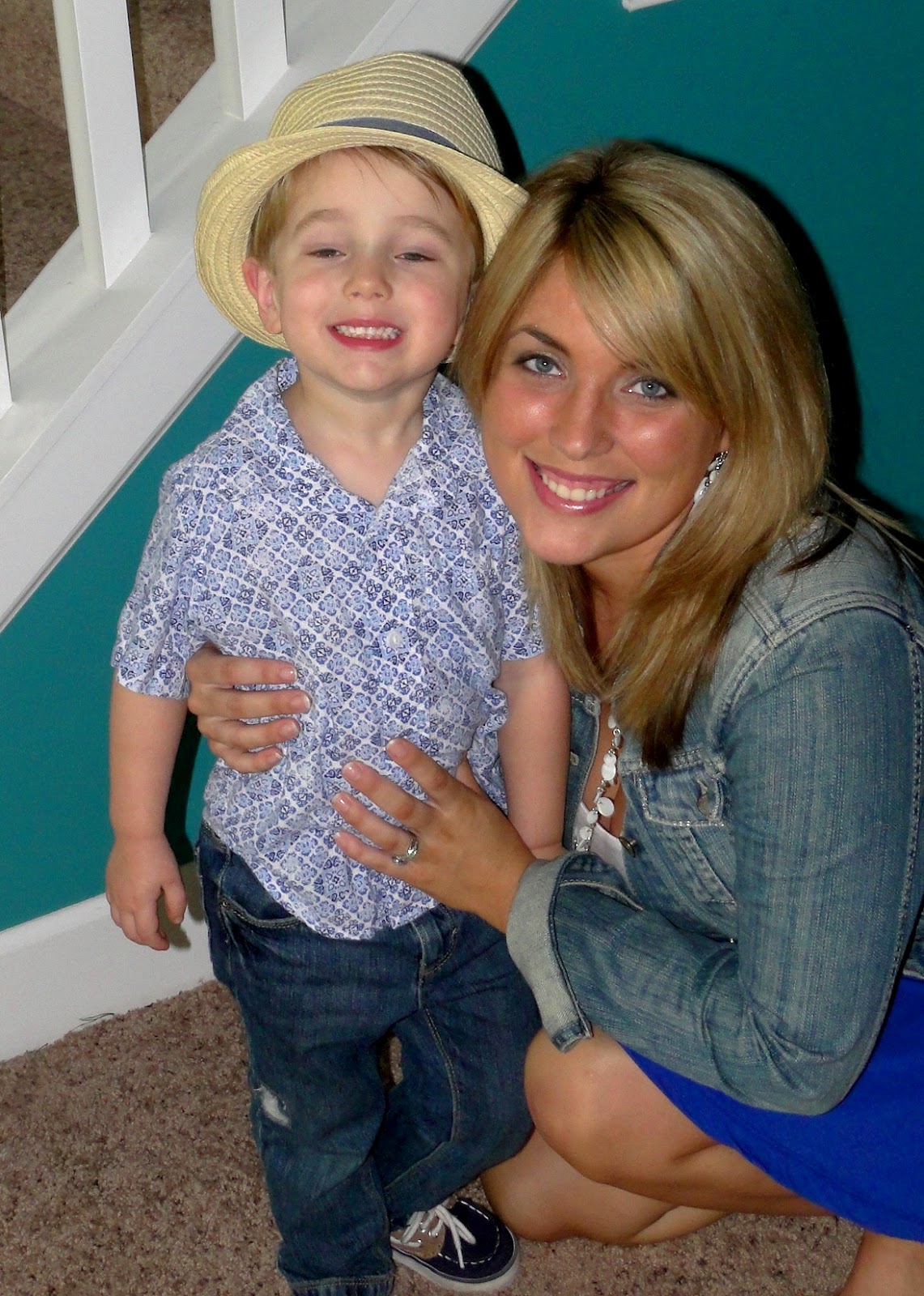 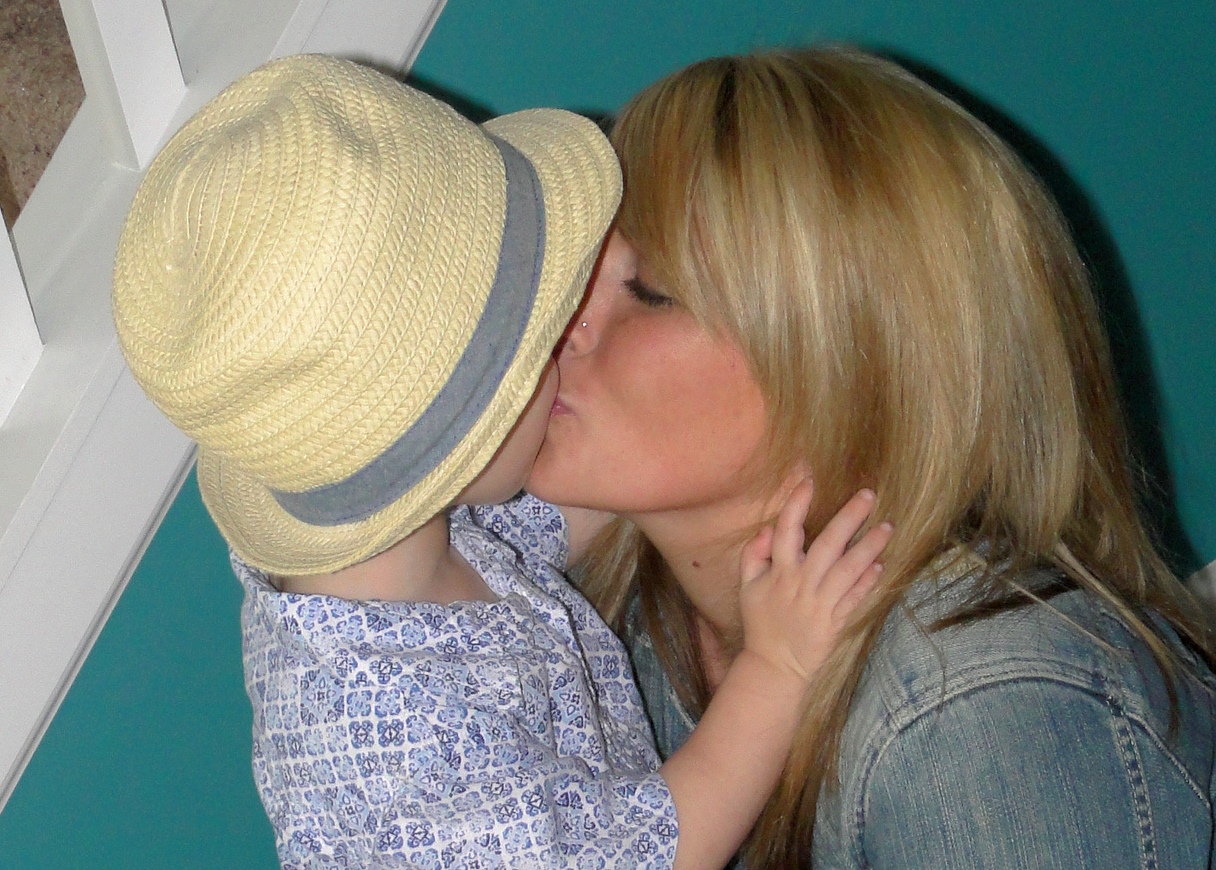 Kye and I left as soon as he woke up from his nap. The dance didn’t start until 5 but I wanted to have enough time to go by Toys R Us. We had several doubles from his party that we needed to return and I wanted him with me so he could pick out something with his birthday money. When I told him what we were going to do he got very excited and said that he wanted to buy Jude a Lightning McQueen car. I guess when all the kids were playing at the party Jude, a friend from church, told him he didn’t have a Lightning McQueen. Kye remembered that and wanted to use his money to buy one for his friend. How sweet is that?!?! 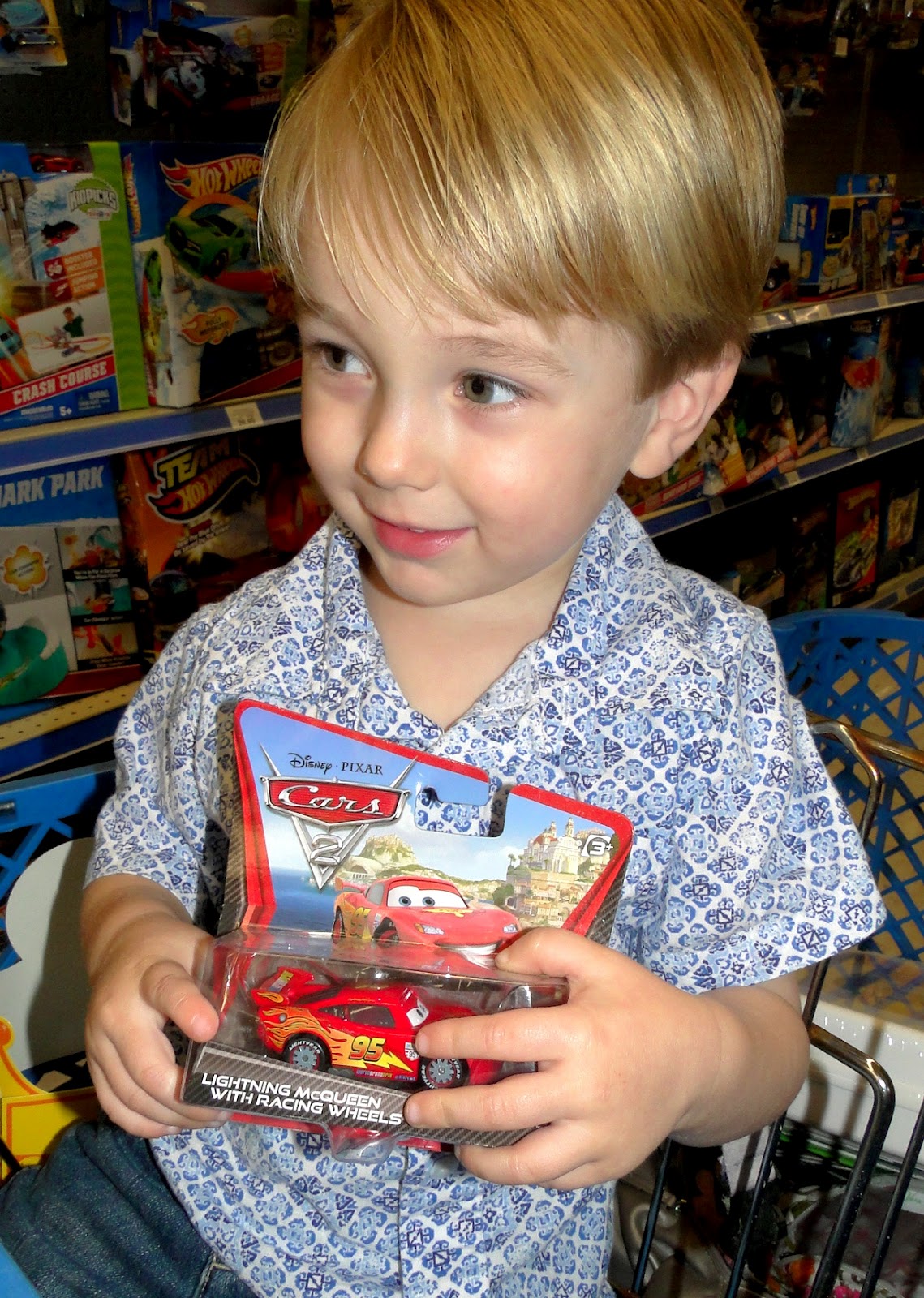 I always try to take Kye to Toys R Us around the time of his birthday because they give him a free balloon, crown, and sing to him over the loud speaker. It was a crowded Saturday so they didn’t do the singing 🙁 But at least he got the balloon and crown! This balloon lasted FOREVER and still isn’t fully deflated almost a month later!!! 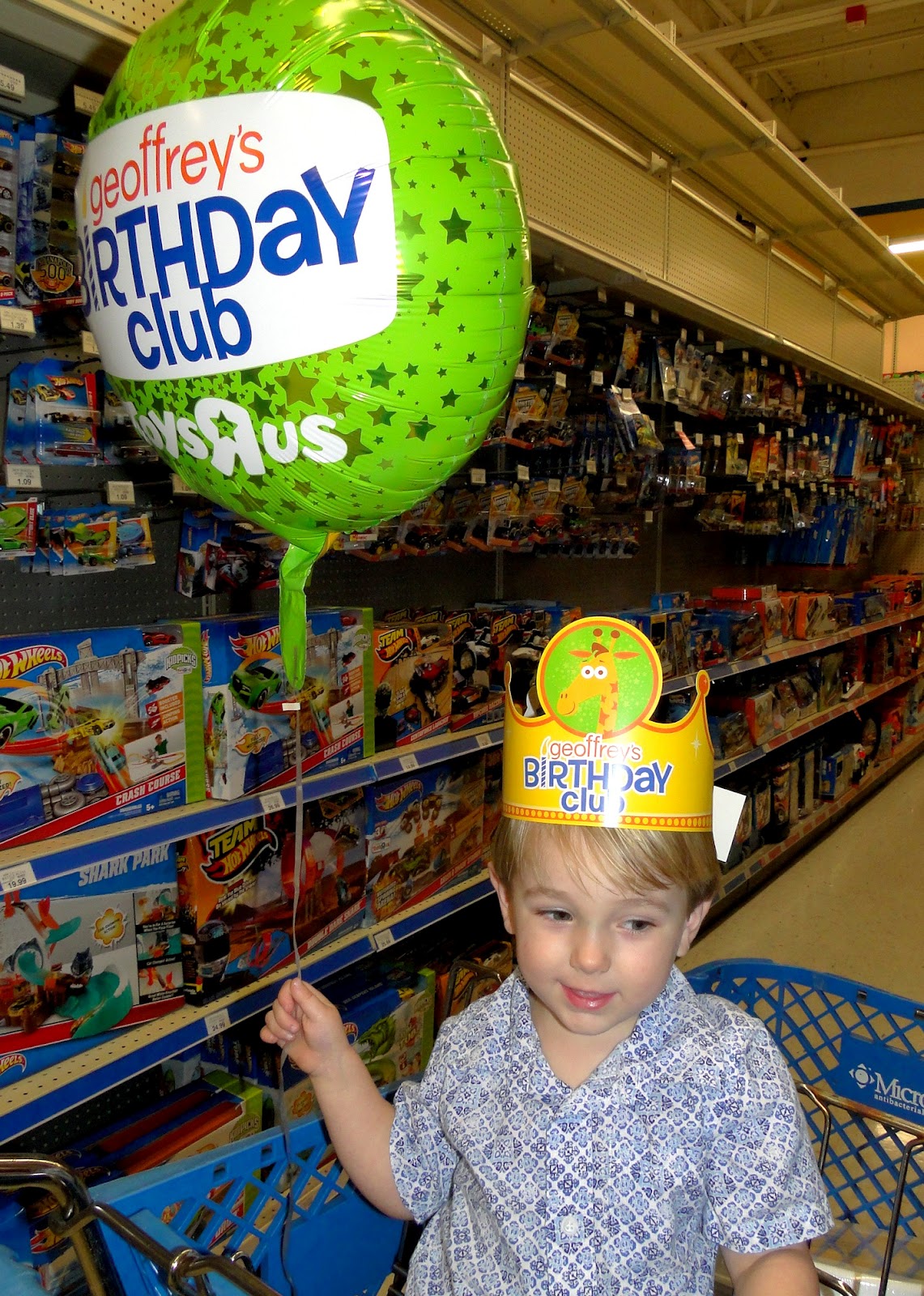 We had fun going up and down the aisles to decide what Kye wanted to buy. When it came time to check out I had Kye pay with his birthday cash then I used his gift return gift card on the rest. I thought it was a good chance for a lesson in spending and helping him understand that the things he has cost MONEY! What meant a lot to me was when Aunt Mary gave him $5 for his birthday when we were at church and he said “this money is for God!” He even gave one of his dollars in the collection plate that morning 🙂 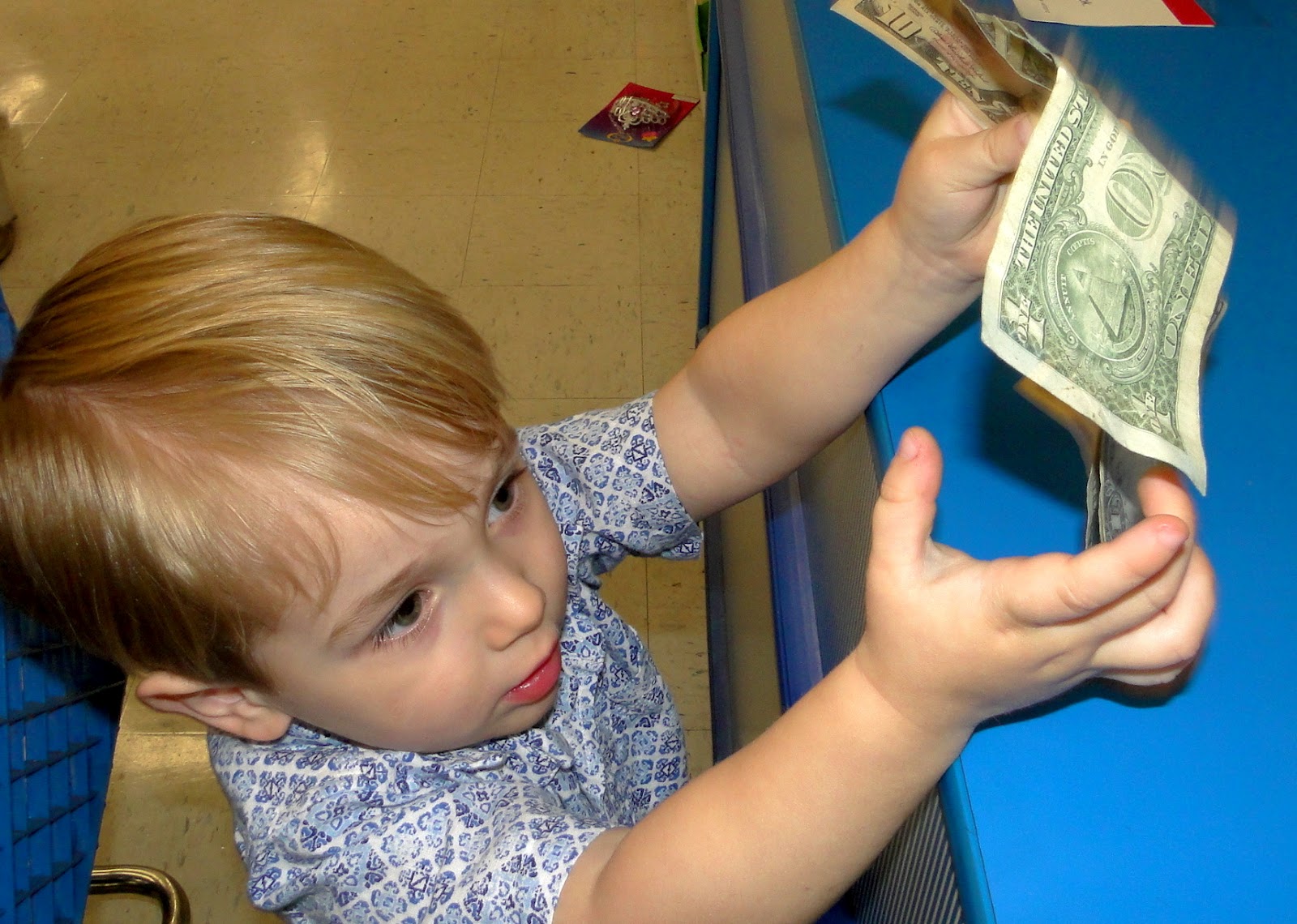 After much debate Kye ended up getting a Cars airplane and another Lightning McQueen. It’s his fourth. The plane was $22. For a plane that did nothing. But it’s his money so I let him spend it. I would have NEVER bought either thing for him so it’s good that he got to pick out what he wanted. He really was wanting this $40 Cars track and even though his birthday money would have covered it I just couldn’t allow him to spend that much on something so silly!!! 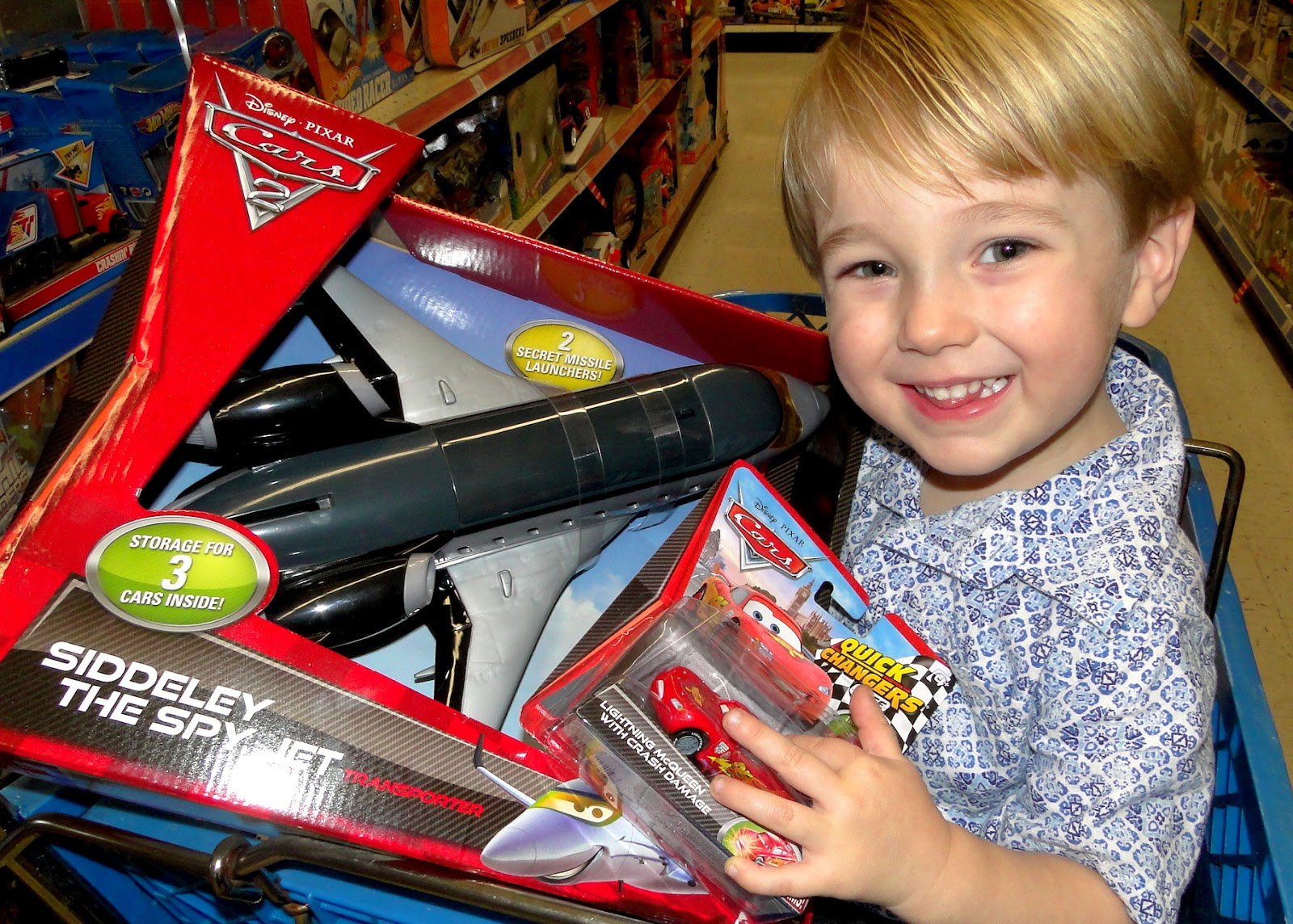 After Toys R Us we headed over to the dance. It’s funny because Zach and I aren’t dancers. I’ve never enjoyed it. Yet Kye LOVES to break it down. I knew he’d enjoy a night filled with dancing and thought it was a good opportunity for us to have alone time together! It was hosted by a local church and held at their building. It was $10 per person which was a little steep (I think the Father Daughter dance is cheaper and it’s a WAY bigger event) and they charged extra if you wanted to by a lei or get photos done. No thanks, we’re good 😉 We were some of the first people there but Kye didn’t mind being the one to get the dancing started! 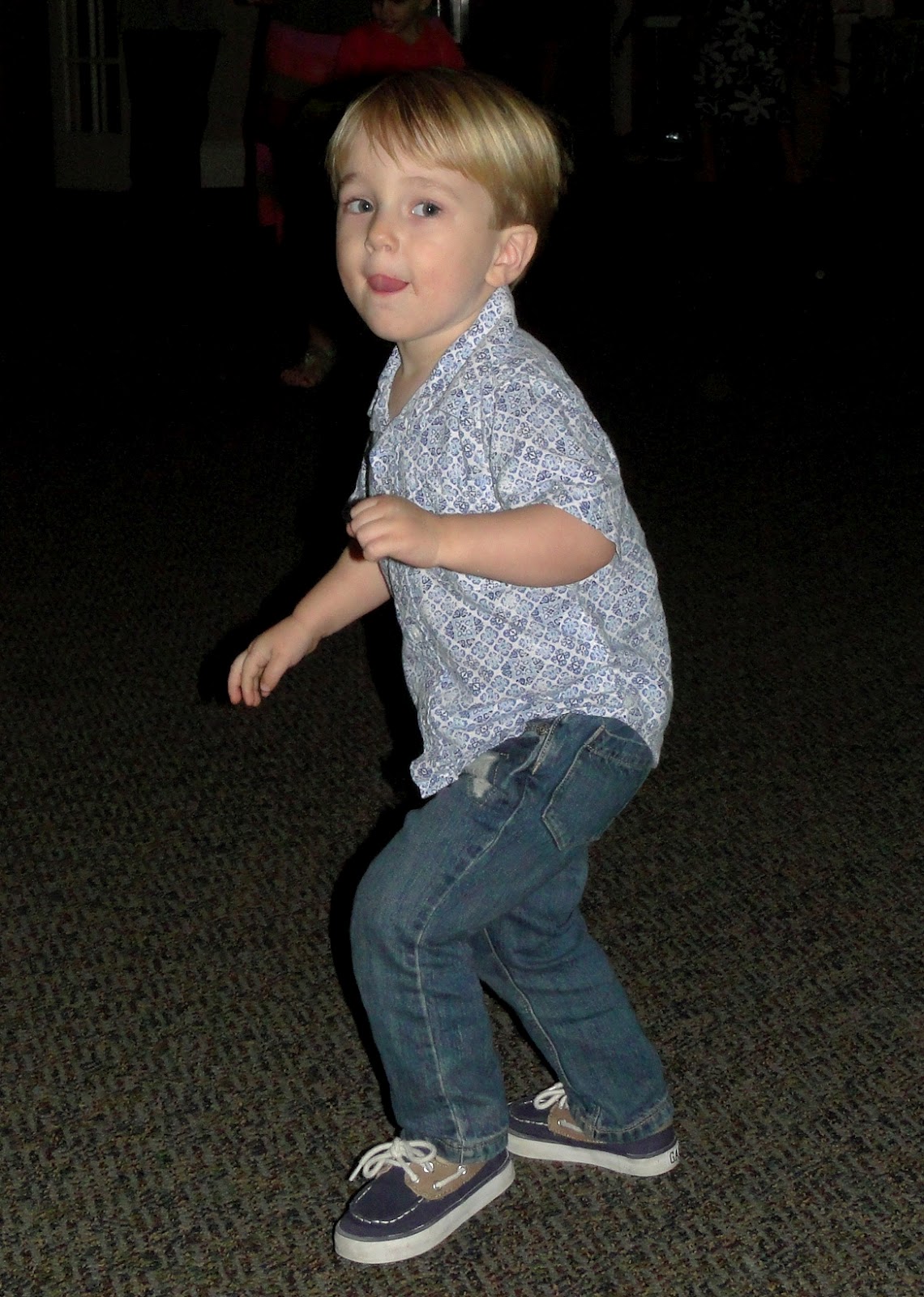 The biggest hit of the night for my child was the food! They had a ton of yummy snacks and Kye had a FULL plate. They had lemonade as well so I filled his cup with water then put a splash of lemonade in it because he really wanted to have some. He called it his “special drink” and seriously spent 90% of the night sipping on it! 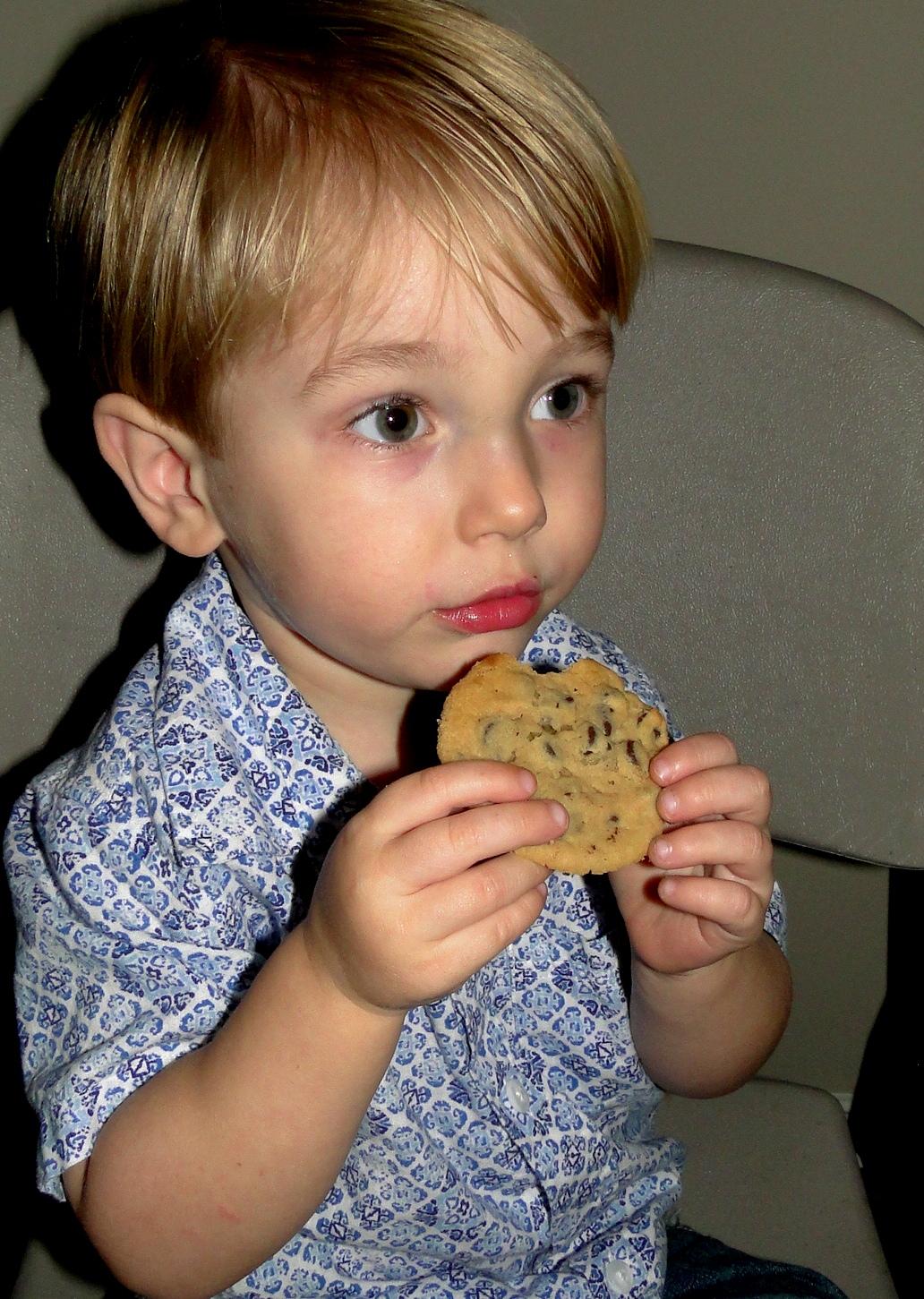 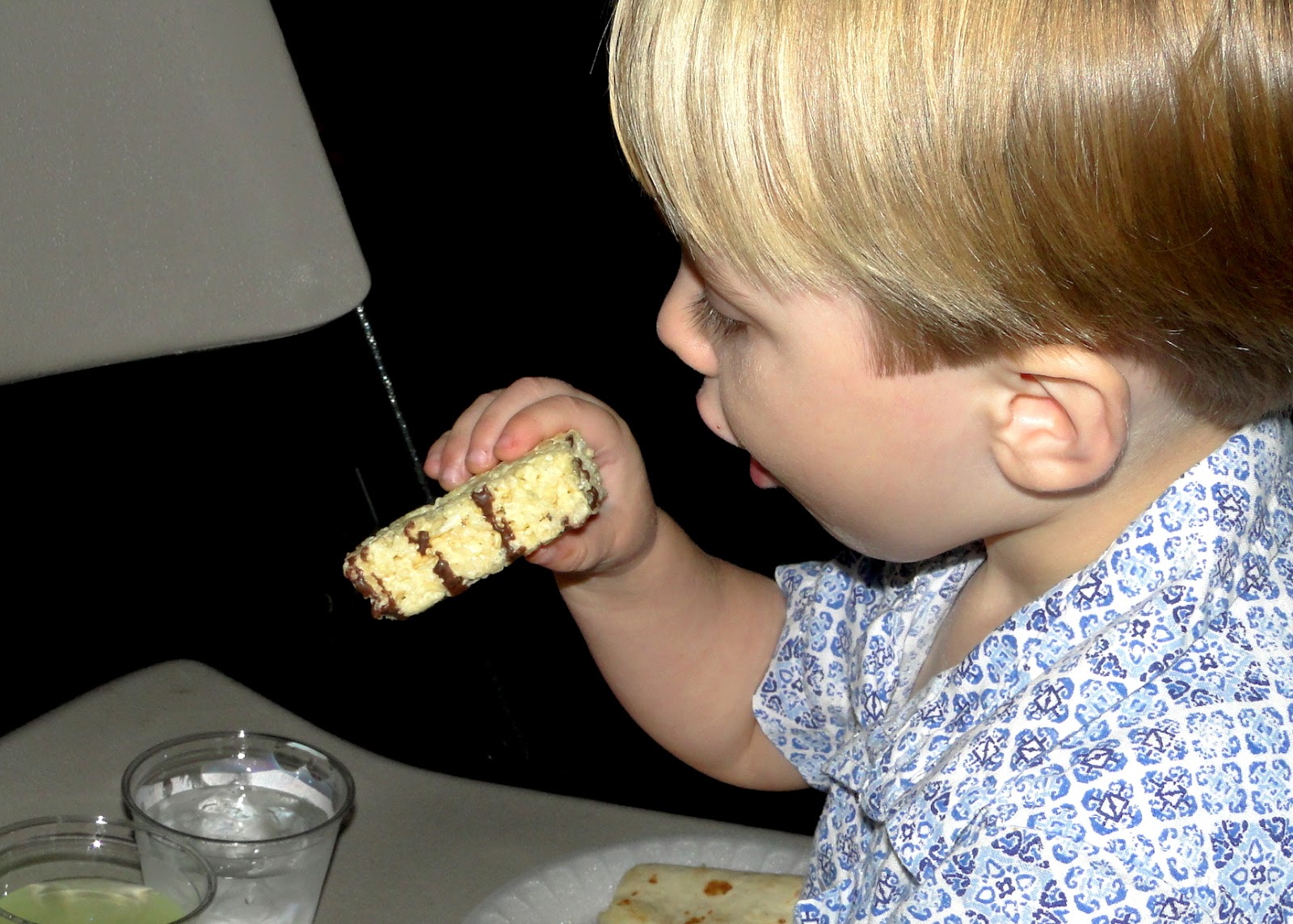 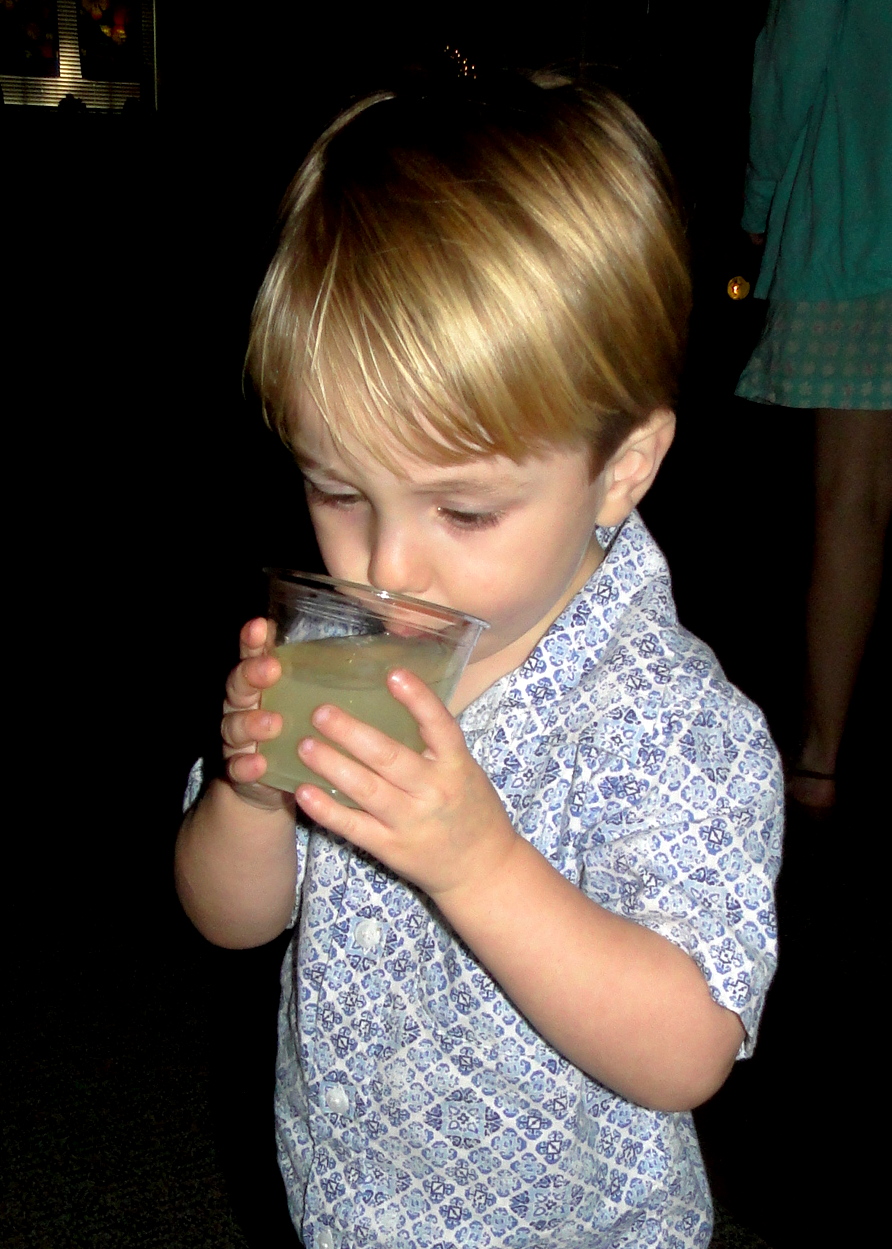 When we first got there Kye immediately said he wanted to take off his shoes. I told him no and that everyone else had their shoes on. Then as it got more crowded a lot of the boys did take off their shoes. Kye came over to me and said “look Mommy, he doesn’t have on shoes.” So I let him take them off. He was more comfortable and I figured why not? He had a BLAST running and running and running. TONS of the boys were and it annoyed me that a lady chose Kye to stop and get onto about it. They are BOYS. To him, running is a type of dancing haha. As long as he was mindful of other people I just let him keep running. He was staying on this maroon strip of carpet the whole time so it was contained to that area and I didn’t mind. No one else did either (other than that one lady!) 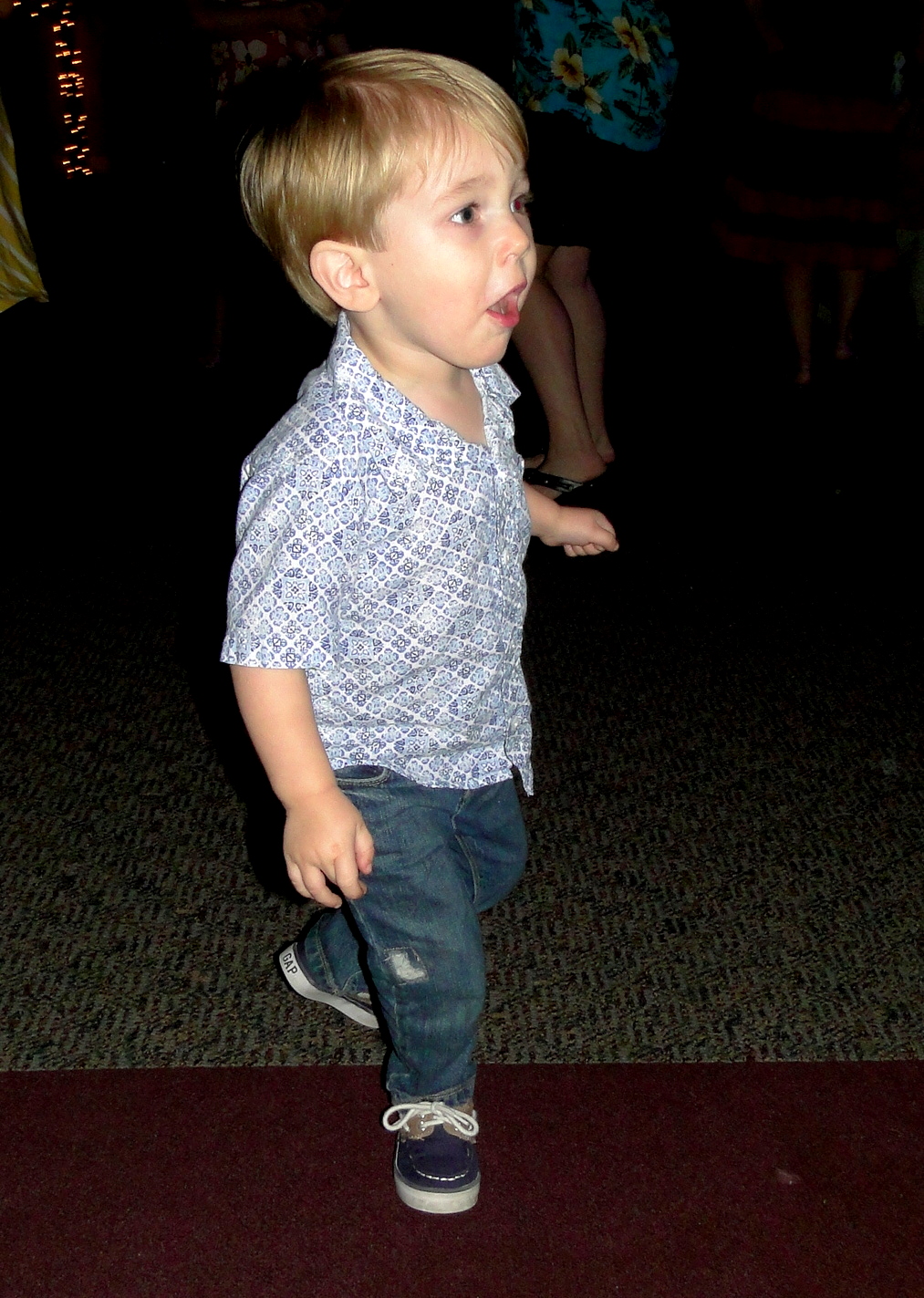 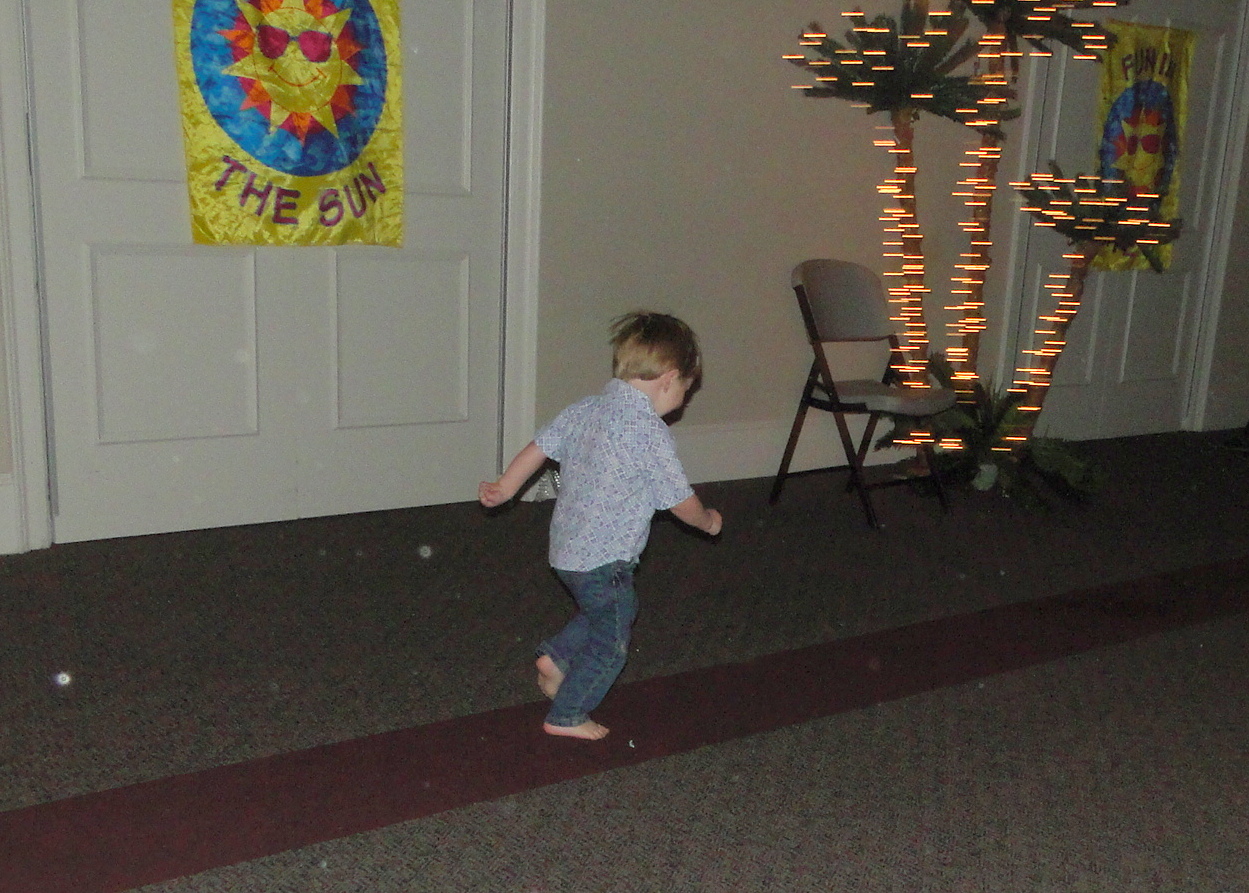 Thanks to my blog bud, Brandy, for taking some pics for me! I love meeting blog friends in real life! 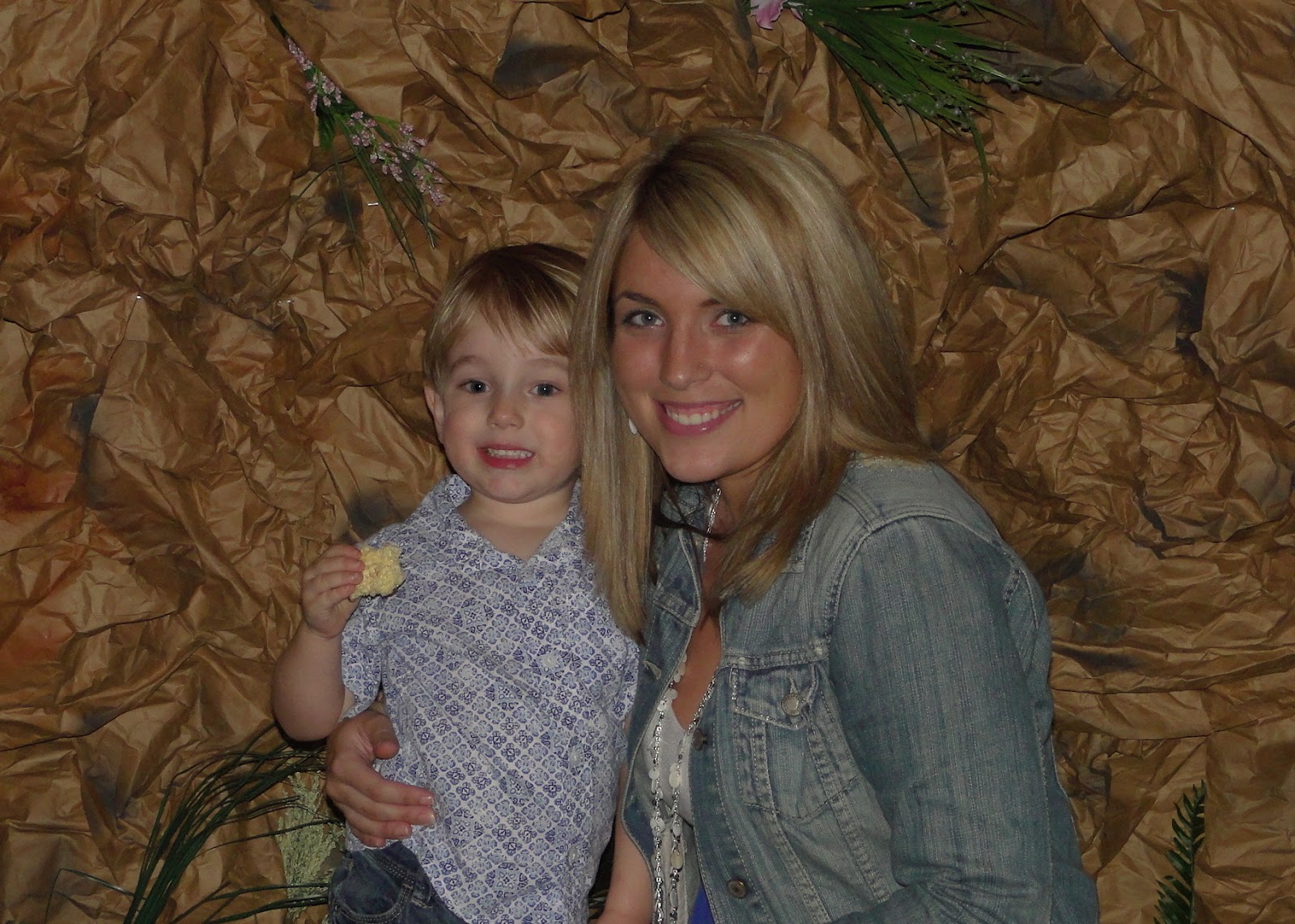 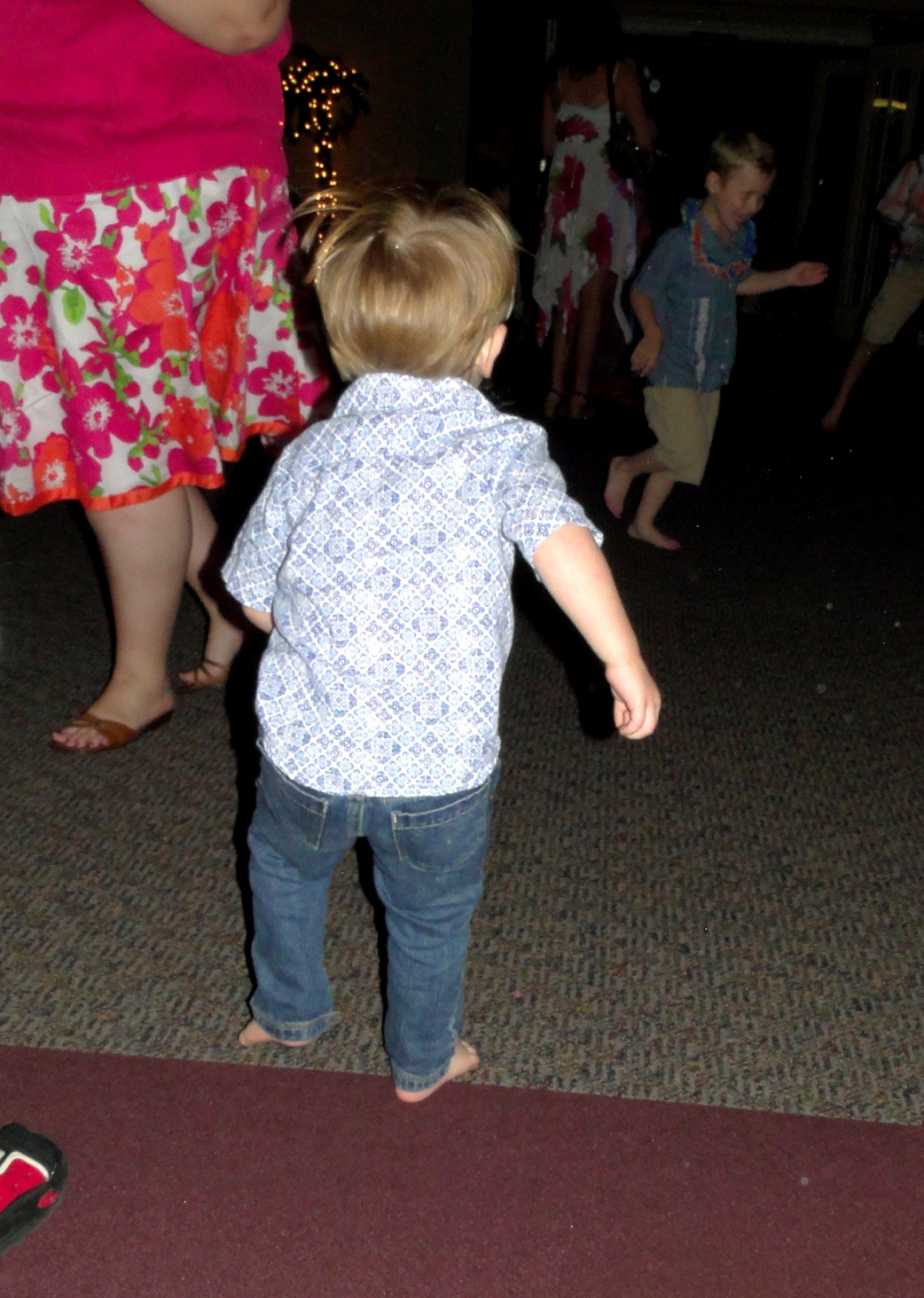 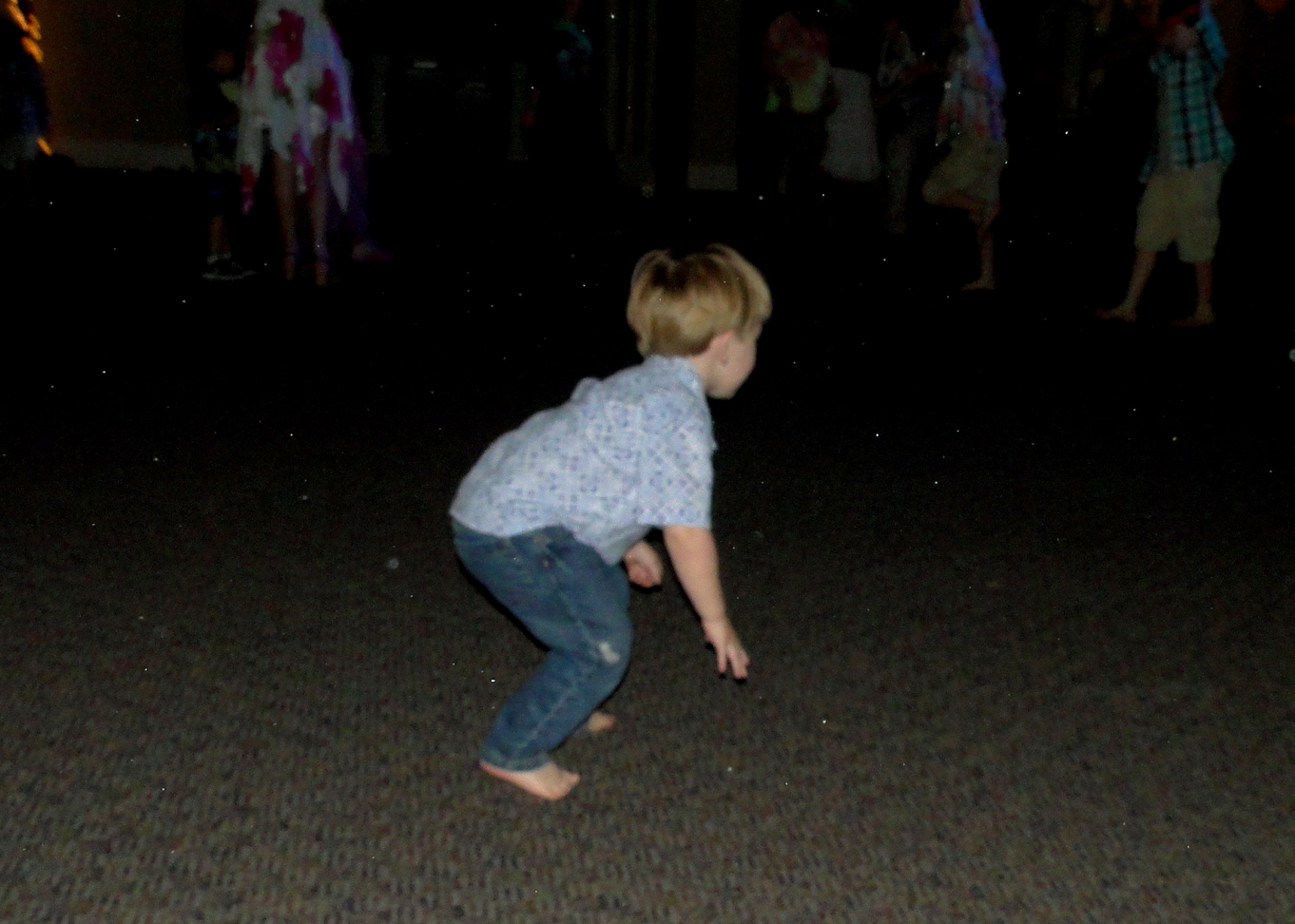 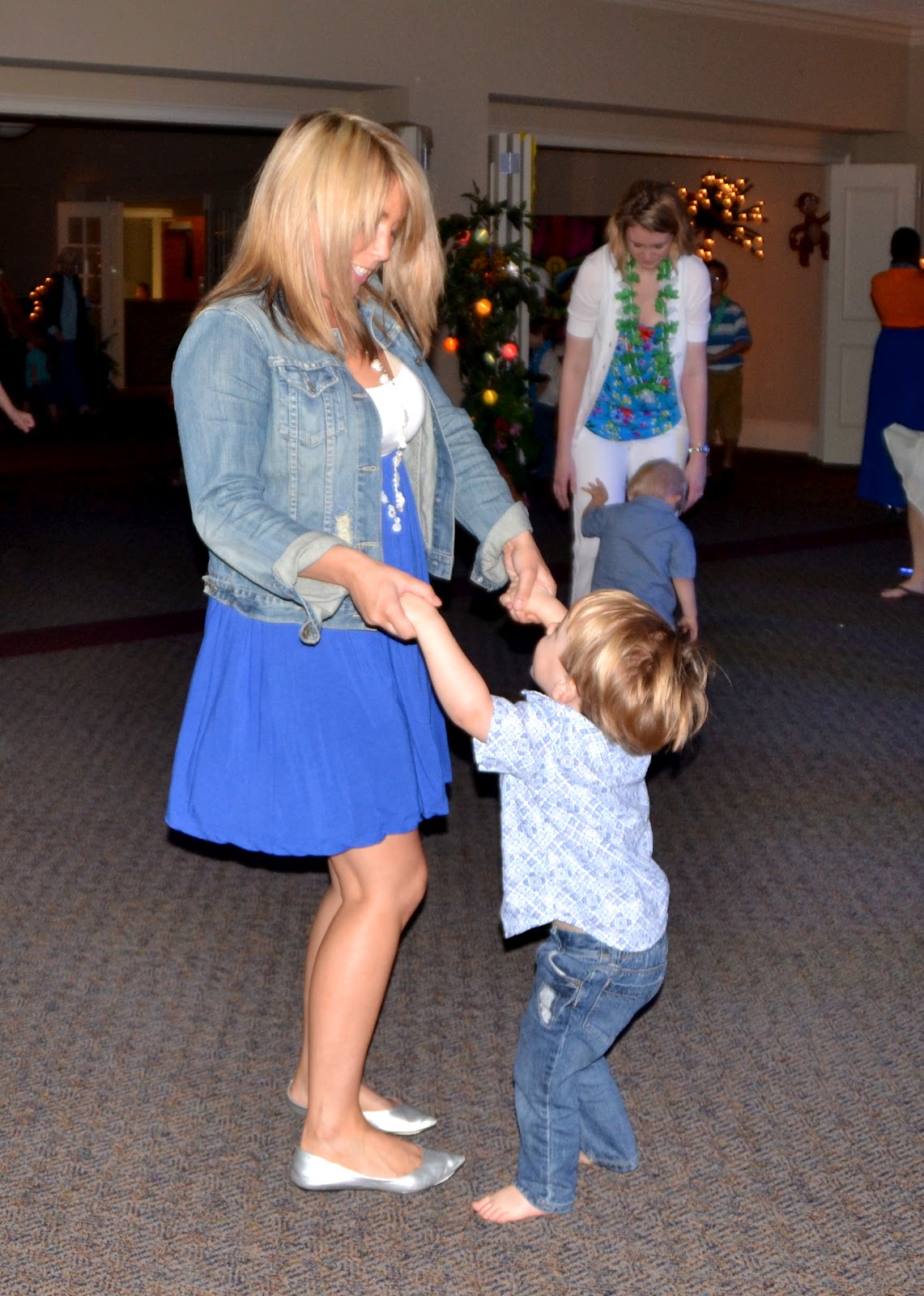 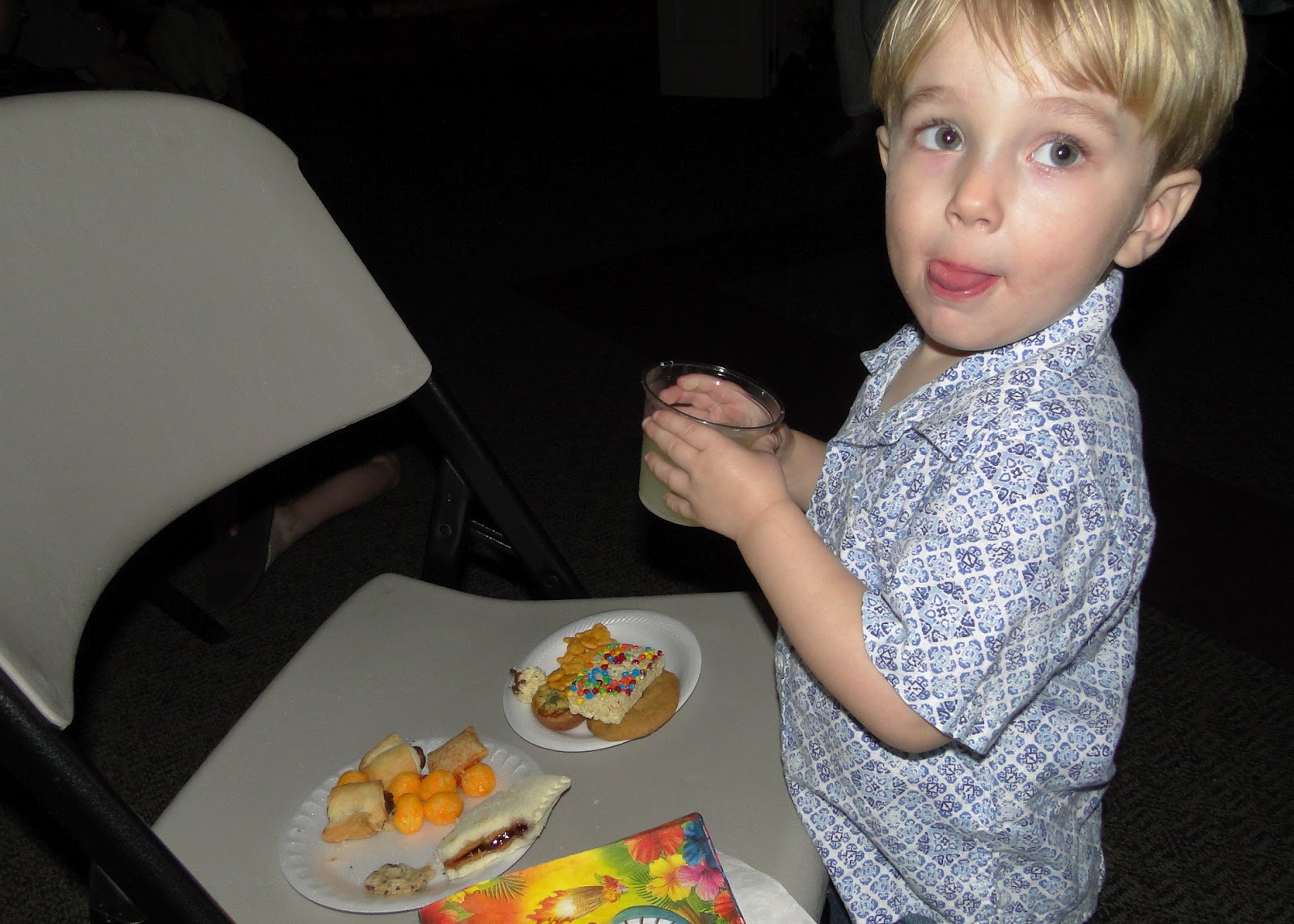 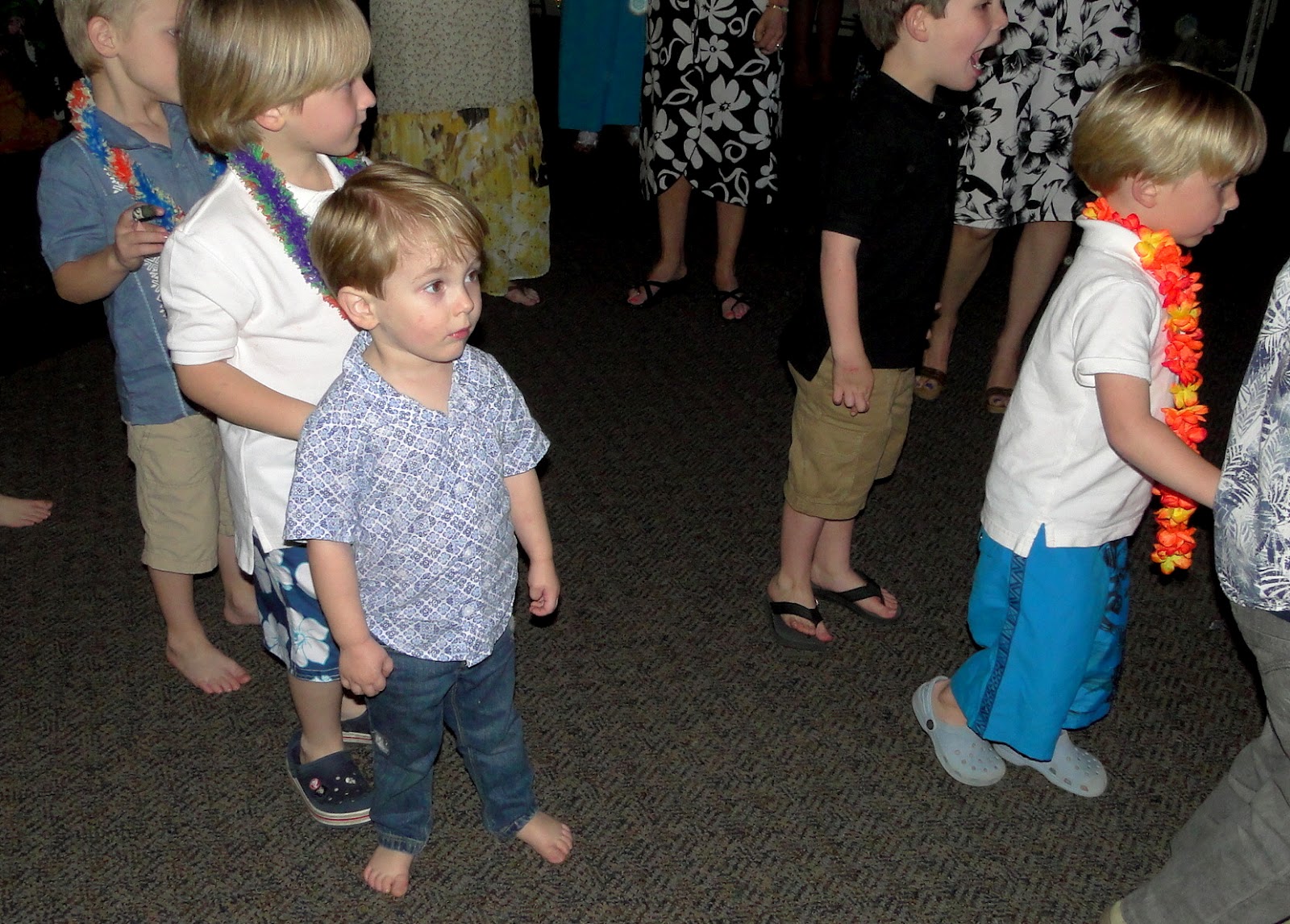 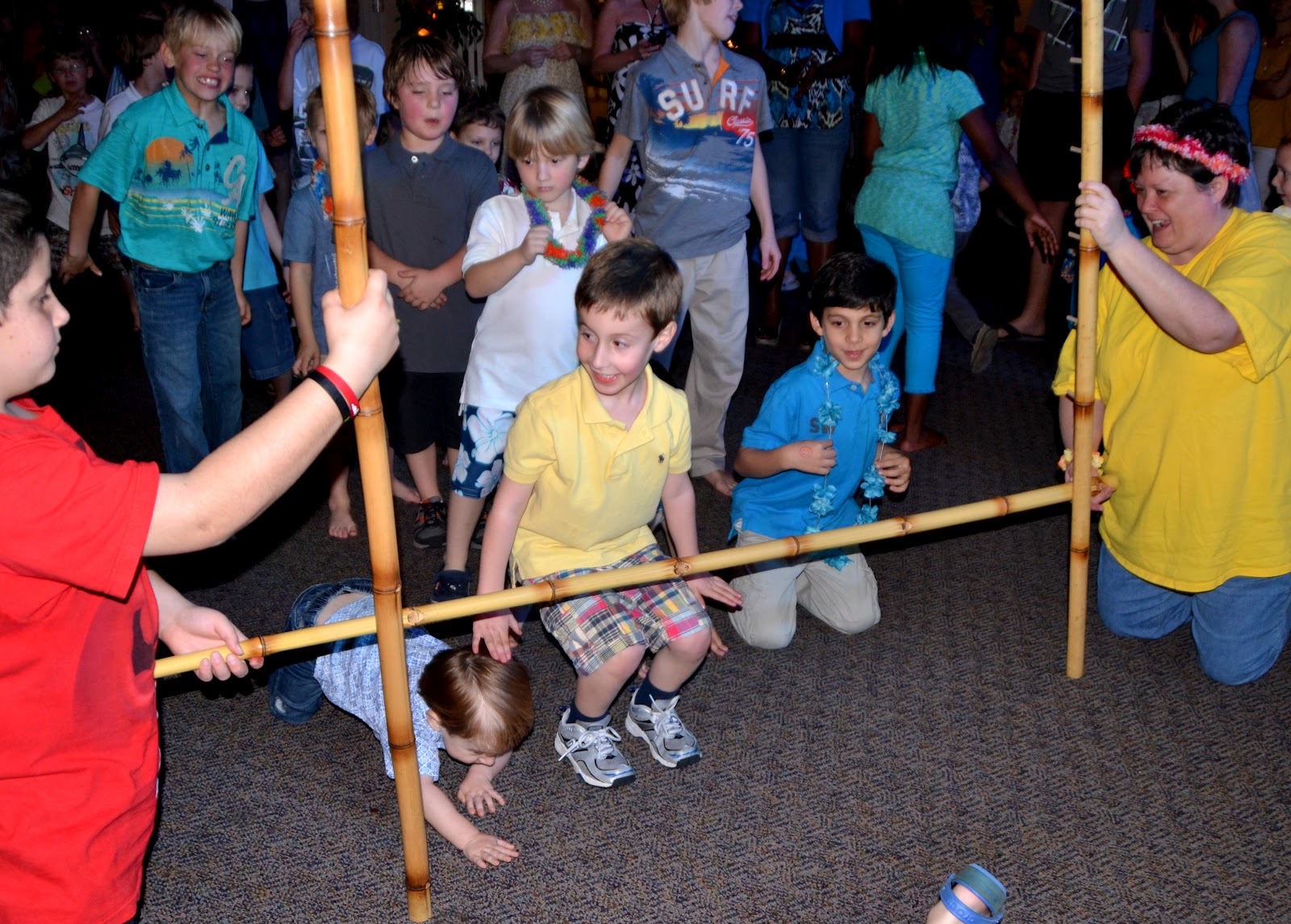 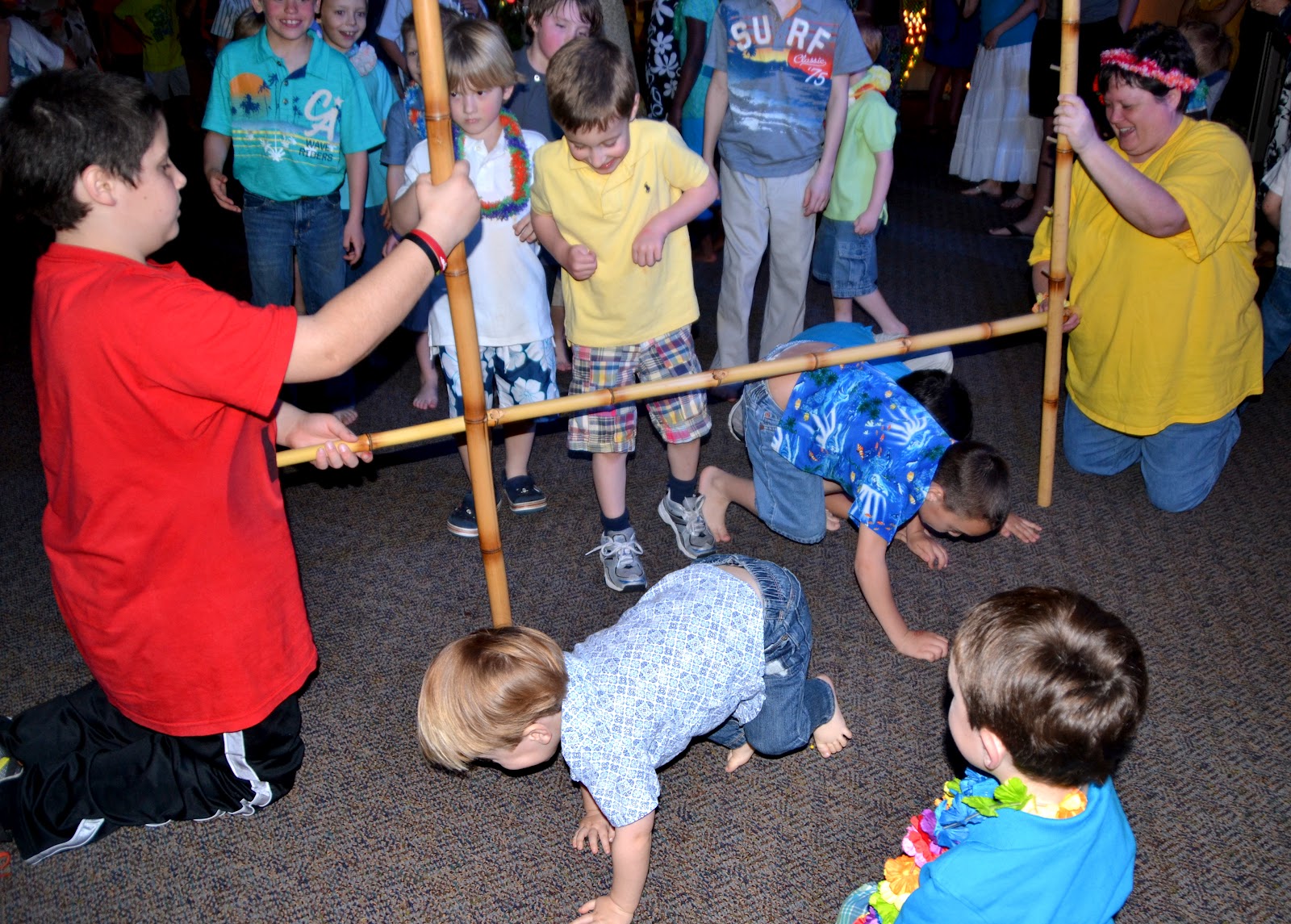 We stayed until about 6:45 because I wanted him to get a quick bath before bed (he worked up a SWEAT). Overall, it was a nice event. The only real issue I had with it is that a lot of the music they played was inappropriate. I figured since it was at a church and was for mothers and sons that they would stick to kid friendly stuff…not Soulja Boy…I heard it only got worse after we left so unless that is changed for next year we probably won’t be attending. Seeing some of those moms breaking it DOWN with their sons was rather awkward hahaha

Kye was worn out from dancing like a crazy kid and was super pumped to take the rest of his special drink and snack plate in the car. Of course the special drink ended up getting spilled all over my car…so much for trying to be a cool mom on our date night. That also will never be happening again 😉 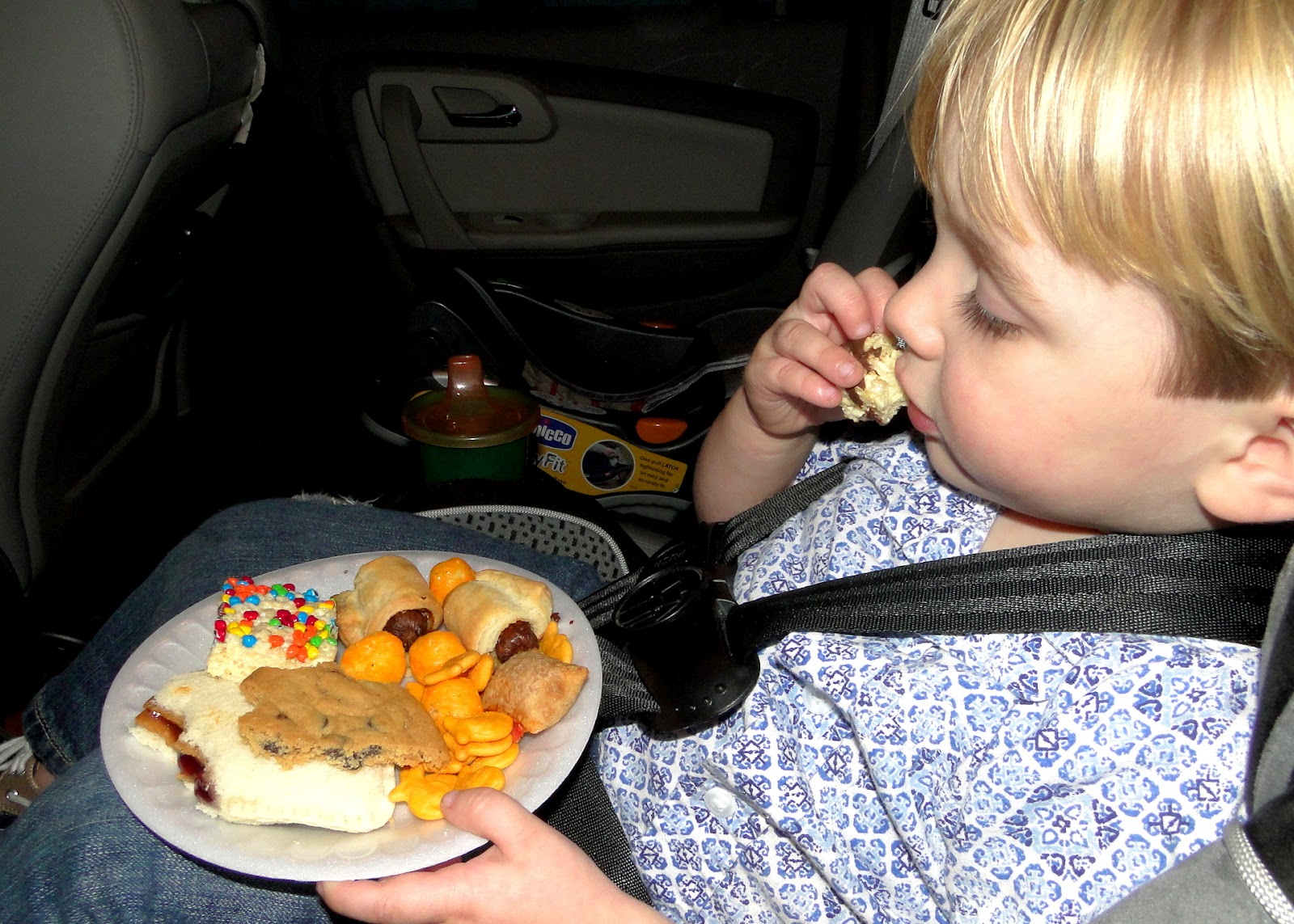 I love any excuse to get quality time with my kids! This is what life is all about, am I right?