A couple year’s ago I helped out with our church’s Mother-Daughter Luncheon on Mother’s Day weekend.

I did the opening prayer and I was SUPER nervous about it! It ended up being a great day though and I enjoyed getting to spend it with my mom and with Ashley and her mom.

They didn’t have the luncheon last year for whatever reason and this year someone new decided to host it.

Again, I offered to help in any way that I could and she told me I could do the closing prayer. Sounded great by me!

Well, a couple of weeks before the event she called me and told me that she thinks I’m pretty and dress cute and wondered if I’d be willing to do an actual speech (I guess dressing cute qualifies me to speak well?! haha)!

She’s SUPER sweet and I know it was probably so hard for her hosting such a big event so I really wanted to help out and said that I’d be more than happy to give a speech. I don’t know if she exactly knew what she was getting herself into though!

Anyone who knows me decently well knows that I’m not a real cheesy type person.

Even though it was a Mother’s Day themed event I didn’t want to get up there and say a bunch of cheesy cliches about motherhood. We hear those enough and hear them so much in fact that they’ve all come to mean very little ya know?

Anyone who knows me also probably knows that I’m very honest. In fact, too honest. I’ve had to learn to filter my thoughts a little more than is natural for me.

While I’ve become better at keeping my mouth shut, I was being asked to SPEAK! Being asked to write whatever I wanted and to present it to a crowd of women who couldn’t escape me haha.

I felt a decent bit of pressure over the whole thing. There were going to be ONLY two speakers…myself and the lady who hosted the event.

She planned on talking about a personal story and I was the last speaker of the day so I felt like my speech needed to have a strong message.

Knowing that the other speaker would be more personal, I wanted mine to be more directed at everyone and also incorporate the Lord into it since it was a church event.

My first idea was to make it kinda funny and do a list of 10 things I’ve learned as a new mom. Mention things like not bothering to get dressed each day b/c you’re doomed to have pee, puke, snot, or food all over you by the end of it anyway. I came up with a list of about 8 things and it was pretty cute.

Instead, I wanted to take my opportunity to present a message I thought everyone needed to hear. I got some help from a blog reader who REALLY inspired me!

She mentioned that my “to my self-esteem” poem helped her and that something similar would probably help other women.

I really didn’t know how to begin writing a speech as I’ve never been able to do one on ANYTHING before (for PR classes in college we were always given a topic or at least guided towards one).

Zach told me I should just write a blog entry then read it since I’m very comfortable with my writing. So that’s what I did.

I was pretty proud of how it turned out. Zach LOVED it and my mom did too (read it to her over the phone). It was about 4 min long and I thought it’d be pretty powerful. Well….I thought wrong!!!

Mrs. Charlotte and Casey came with me to enjoy the day and show their support and I’m glad they were there because once the thing got started I started freaking out. I totally wish I’d brought my list of 8 things with me!!!

The vibe of the day just wasn’t what I expected it to be. It was fun but it was casual and more relaxed and there were a ton of young, young kids there. There was a cute little fashion show and some girls sang songs about motherhood and babies and a sweet elderly lady read scripture.

The first speech was what I expected, she shared her personal story and got tears in her eyes telling it. I should have ended the event with something soft, simple and sweet. Instead, I brought a message that no one was probably wanting to hear!!! 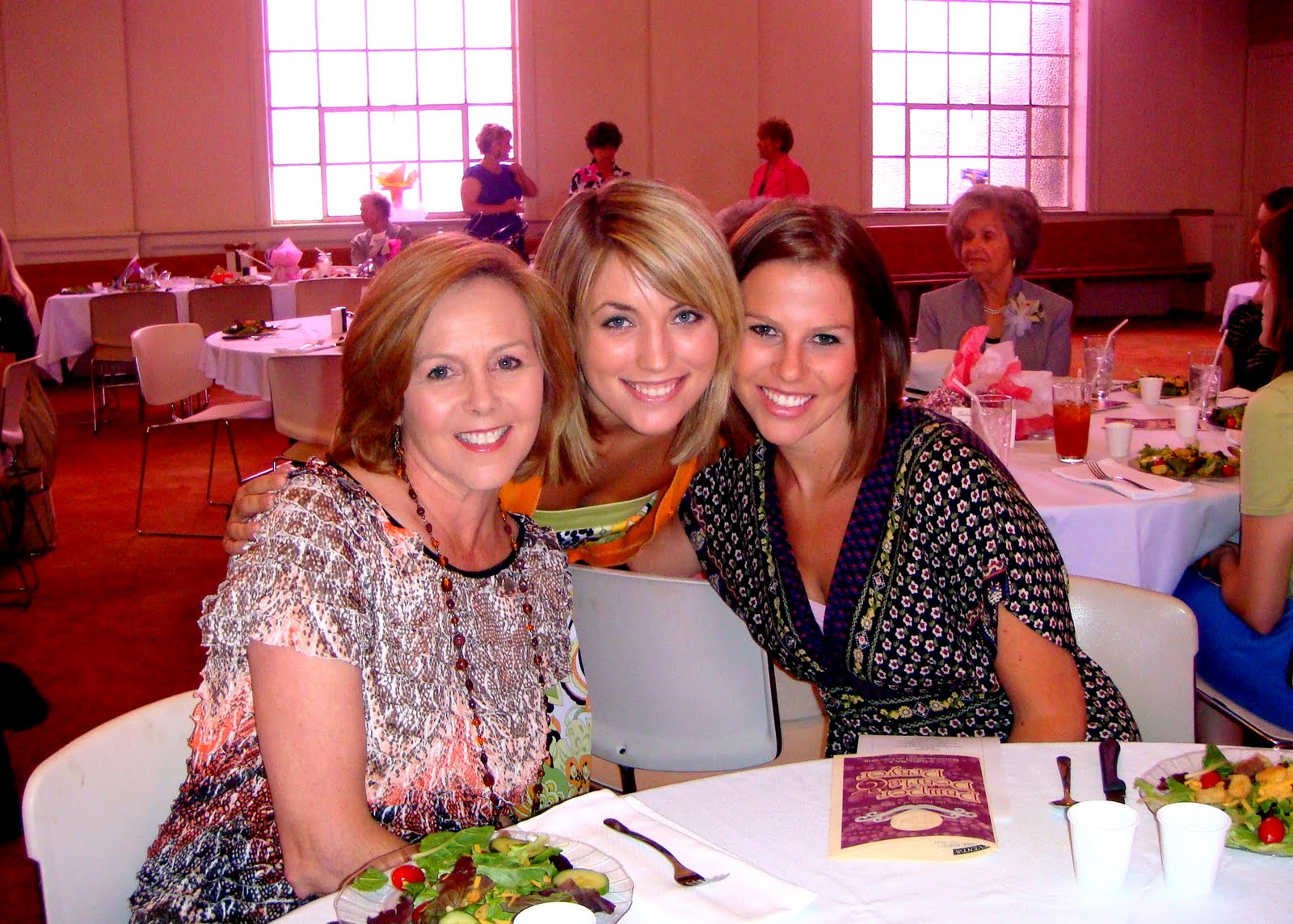 I didn’t have any other choice but to present it as I figured something well prepared and inappropriate was better than something unprepared ya know?

I got up there and did my thing and I totally wish all of you could have been there to see the faces on these women!!! OF course, I kept catching the eyes of the women that took offense to it and I’m up there talking away while getting evil looks haha!!!

My speech, at a Mother-Daughter Luncheon, was all about women and how we treat each other. How we all judge each other, pick each other apart, and criticize each other to death.

I, of course, talked about personal experiences mentioning how Zach and I have a hard time finding couples we like b/c we love the husbands but usually don’t like the wives.

How when I became a new mom I realized how women are really always in competition with each other…being made to feel like we make the wrong choice whether we work or stay home, breastfeed or bottle feed, etc.

And also we are in constant competition with our children. Always pushing them and comparing them to others and it’s wrong.

I talked about how I felt about my body after having Kye and how as women we understand each other better than men will EVER understand us but that we’re too afraid to open up to other women for fears of being judged.

Obviously, it was a mostly “negative” speech about women overall and how we treat each other. I summed it up by talking about God and what HE wants of us and that our focus should be on Him and making Him happy and having Him tell us He’s proud of us when we get to Heaven someday and that we need to quit worrying about society and what other women think and be more worried about what God thinks.

I left it with many questions for everyone and a calling for them to think about themselves and if they are helping others get to Heaven.  Basically, I told it like it is. And I don’t think most women at such an event are 1) expecting that or 2) wanting that!!!

While I think some of the women there did appreciate it, I think as a whole it was a total flop.

I was kinda embarrassed about the whole thing and it was interesting to see what Zach’s grandma had to say about it since she was there too!

I’m glad we decided to go visit our old church on Mother’s Day so I didn’t have to face everyone at our church!!!

It was so funny to me to check Facebook that day and see that only ONE person commented to me that I did a good job and it was Carolyn from the student center who knows me super well and totally understands me.

Later that day we were driving with Kye and that song “Break Your Heart” came on and Ludacris opens the song with the lyric “I may not be the worst or the best but you gotta respect my honesty.” Zach and I both laughed and decided that that should be my new quote!!! 😉

our professional pic from the event! 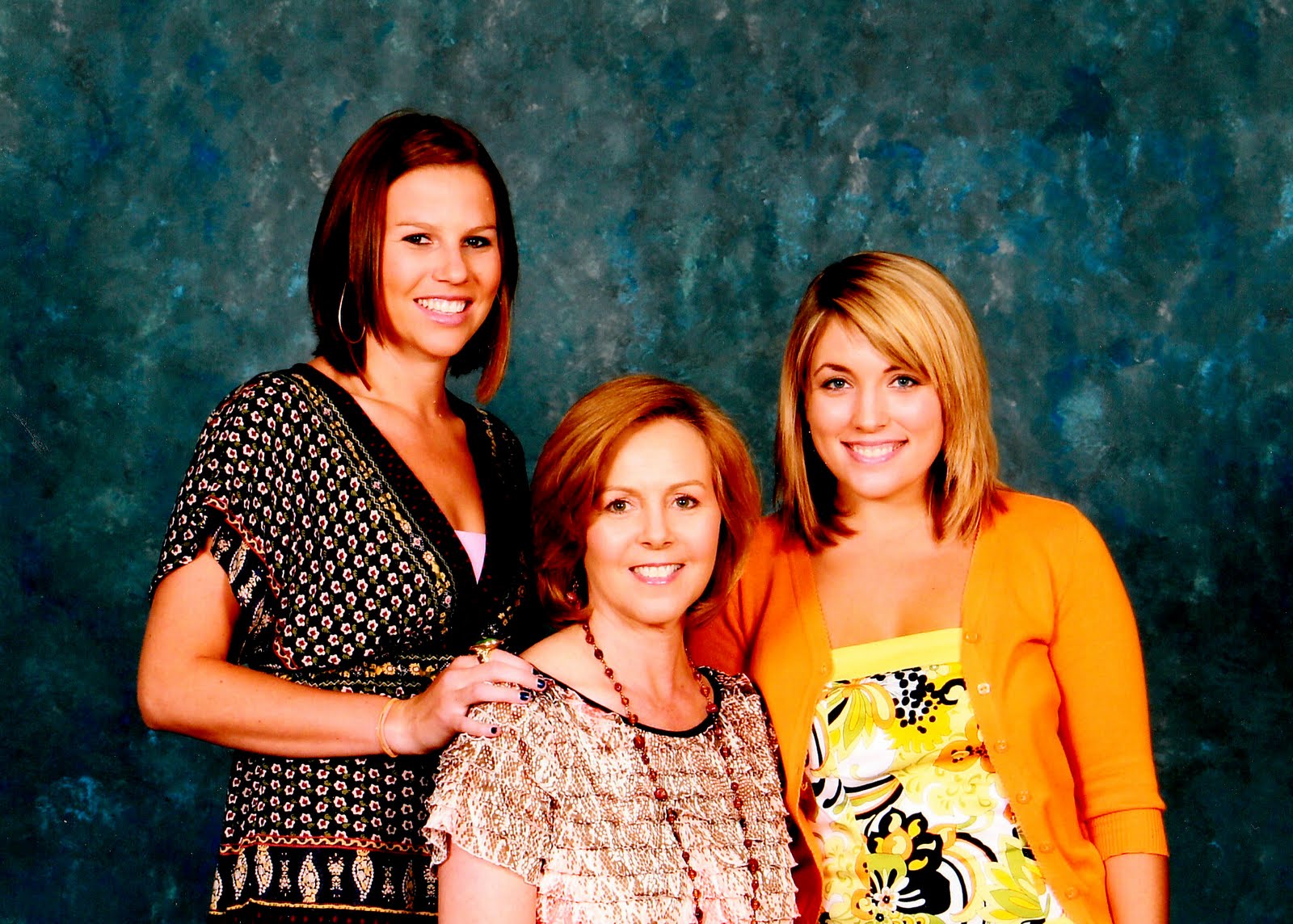 The Mother-Daughter Luncheon was a very fun, nice event and Mrs. Charlotte, Casey, and I all had a great time together.

I’m proud of myself for being real and not being afraid to say what I felt and be true to myself. Since then other people have written on facebook or sent me a comment and have said they thought I did a good job (I even got a handwritten note in the mail!).

Most people say they thought it was funny…which I don’t understand as I’m NOT a funny person but whatever! While I totally think I should have held back some I did learn a valuable lesson.

I think the ladies from our church also learned a lesson…to probably not ask me to speak again haha!!!

You can read the full speech here!