June was a BUSY month for us with lots, and lots, and LOTS of traveling so there weren’t many moments to capture that I didn’t already include in some type of post from that month!

Here’s some fun events that I never posted on:

Big Papa’s Birthday: For Mr. Rusty’s birthday we all had a cook-out at The Parker’s and the kids had a BLAST together. The birthday hats made it extra fun and they all took turns telling Big Papa “Happy Birthday!” 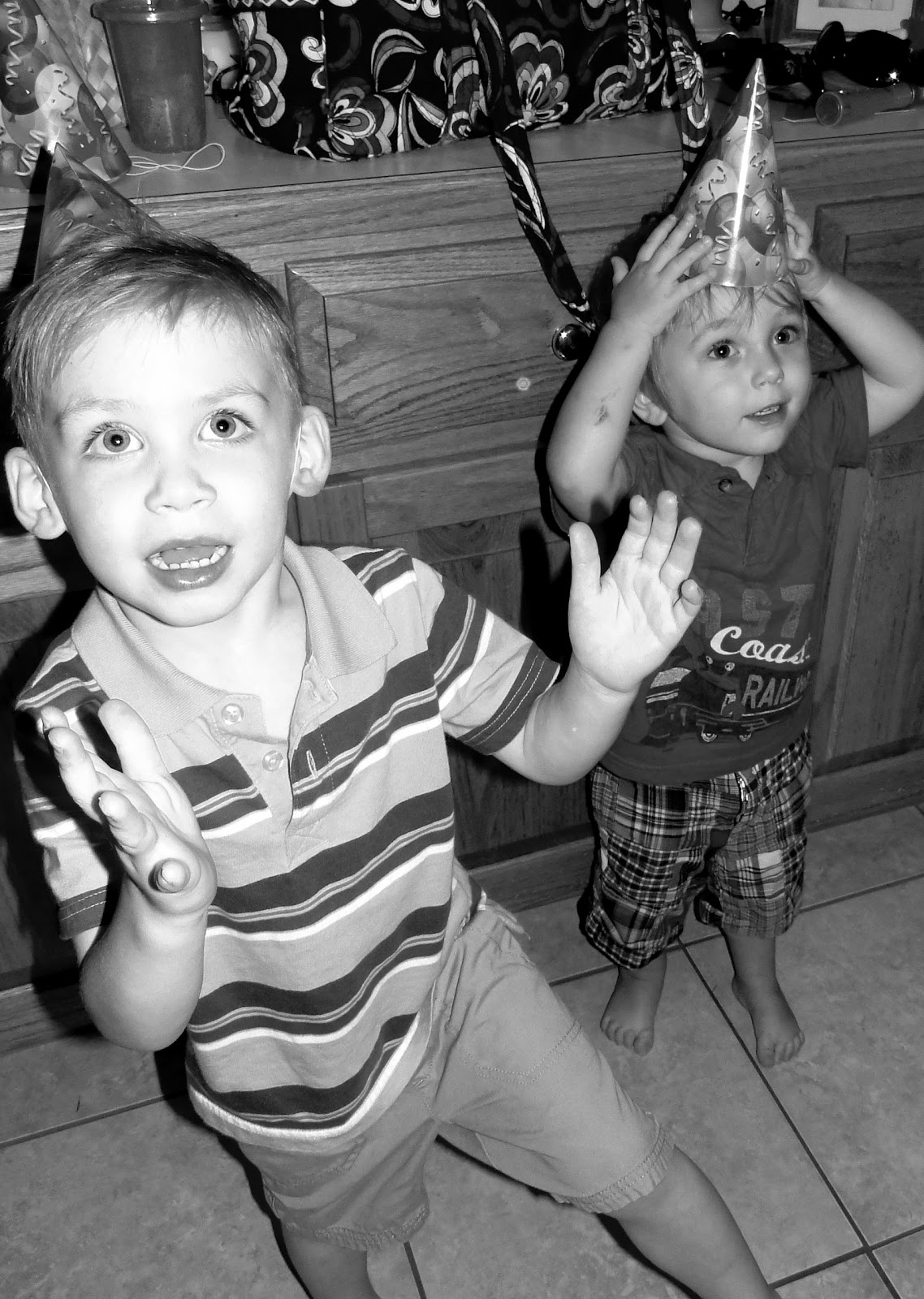 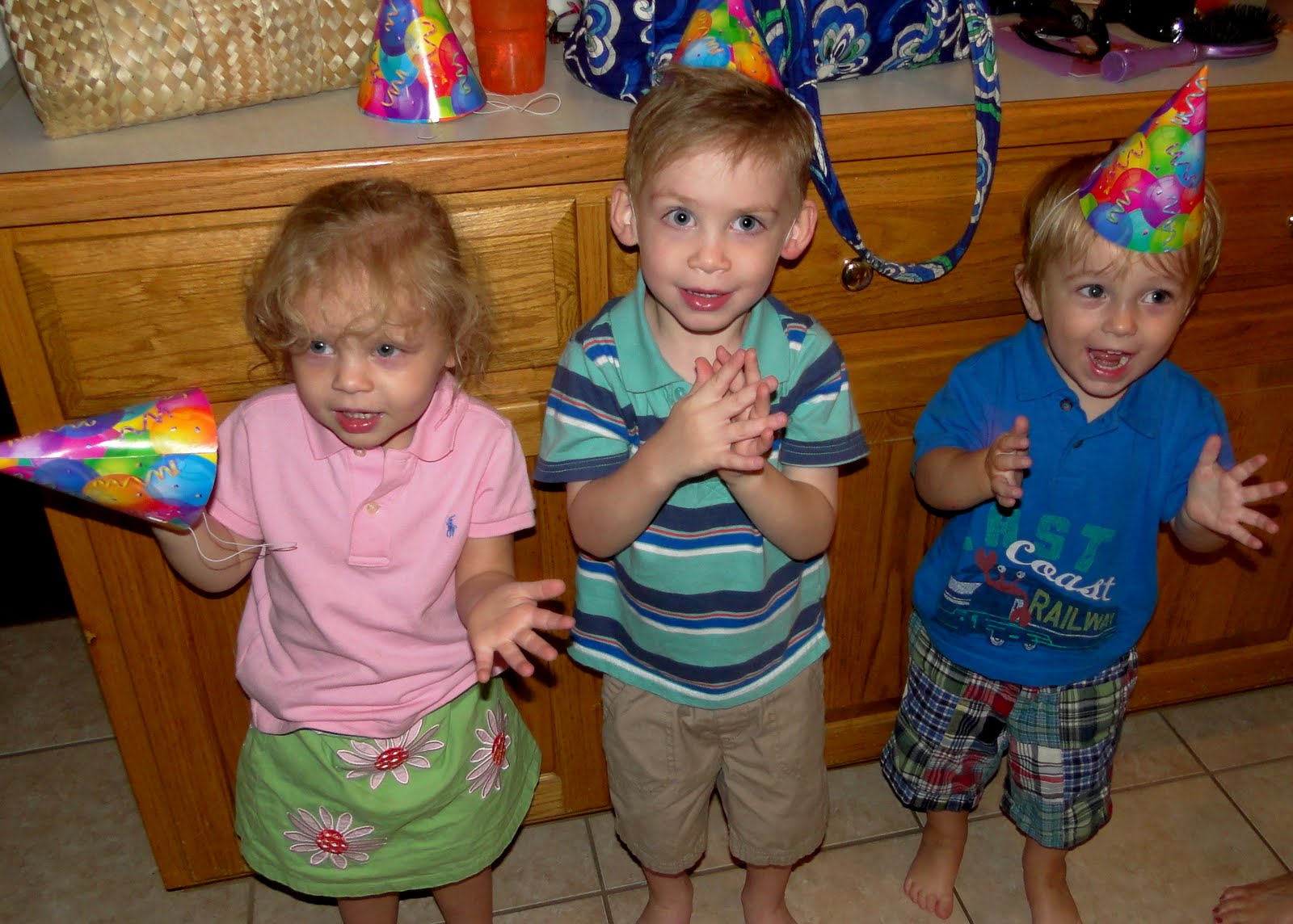 Shed: At our old house (now Gramma’s house) Zach built himself a storage shed, this time around he’s building more of a storage house. This thing is HUGE and he’s building it so well that we could honestly finish it one day and make it into a pool guest house or something if we needed the space! He works on it ALL. THE. TIME. It’s put a dent in our social life because on nights he’s home early enough he’s out back going to work and will work on it until dark (typically from 5-9:30). I LOVE what a handy-man and hard worker my husband is and am excited (and also beyond ready…) to see the finished product. It’ll be GREAT to have our garage cleaned out and be able to park both cars in there! I can’t stand chaos and right now that’s the state of our garage. Hopefully by September he’ll have the whole outside completed! 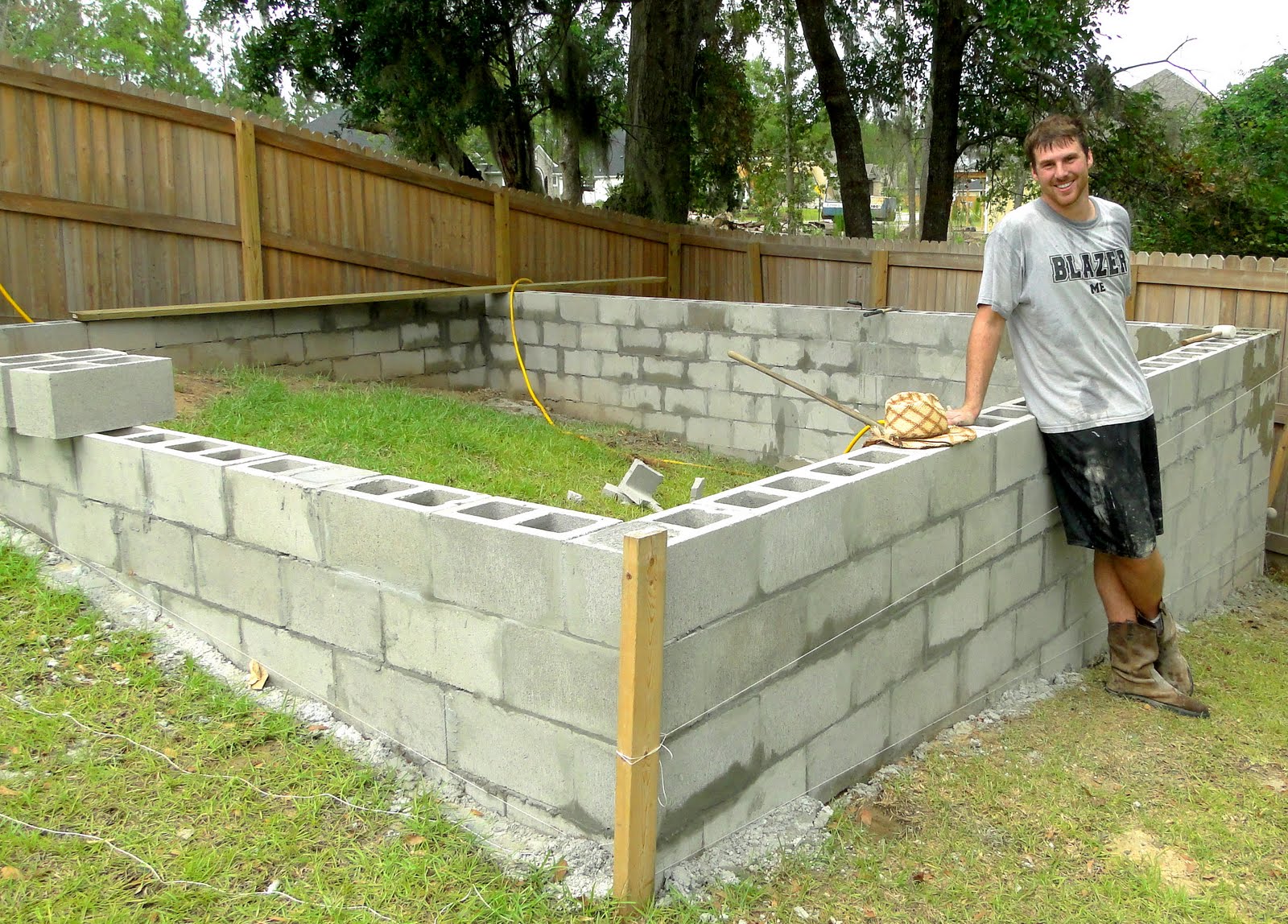 While I’m proud of Zach for his hard work, it’s also tough on Kye and I. Kye misses his Daddy all day and to have him come home and be in the backyard (where Kye can see him) but unable to play is tough. Plus it means I’m often handling Kye completely on my own all day until he goes to bed at night. Like I said, I’m ready for it to be finished 😉 Kye often BEGS at the back door to see Daddy so we take lots of time to visit with him and see his progress…and borrow his hat 😉 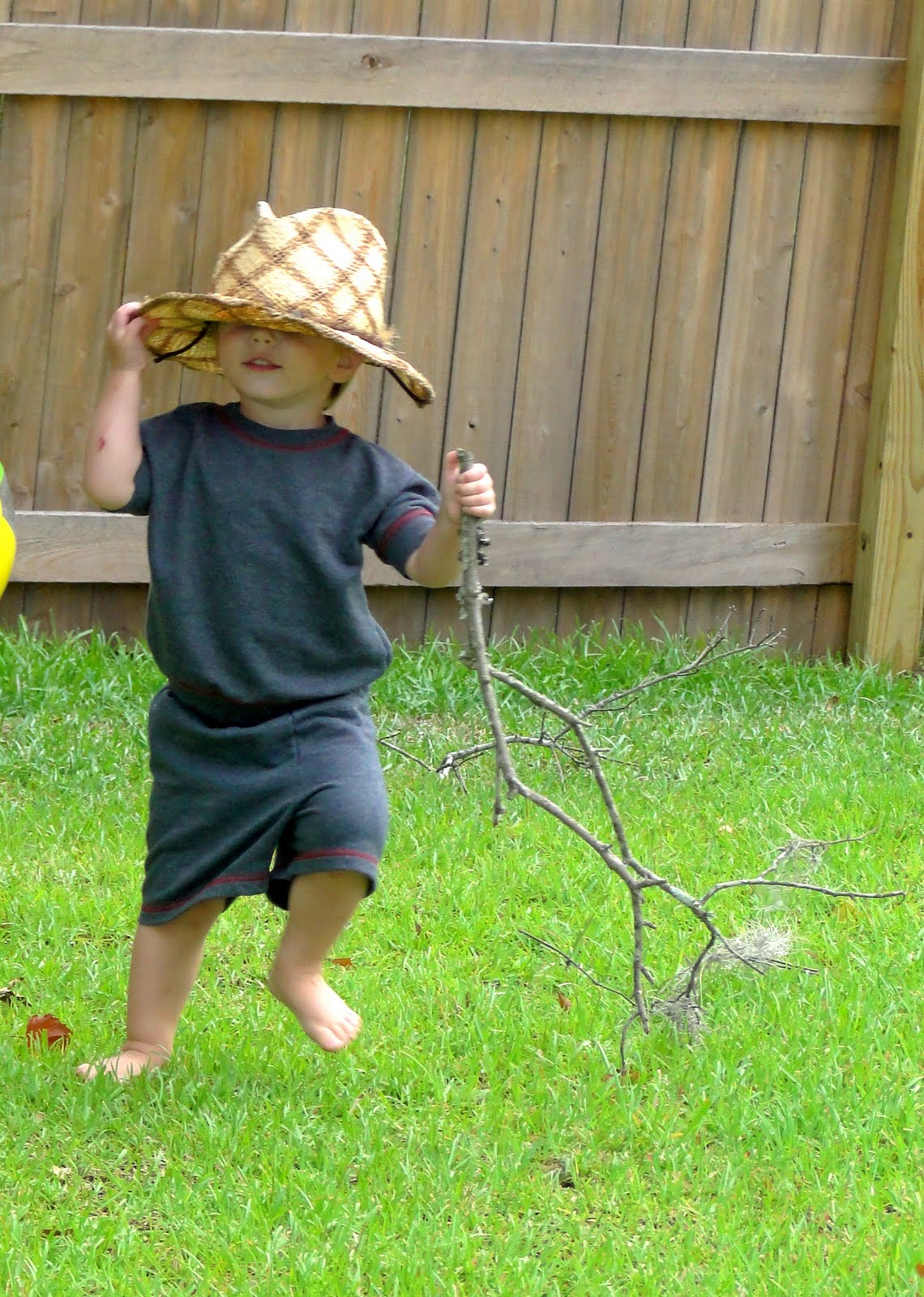 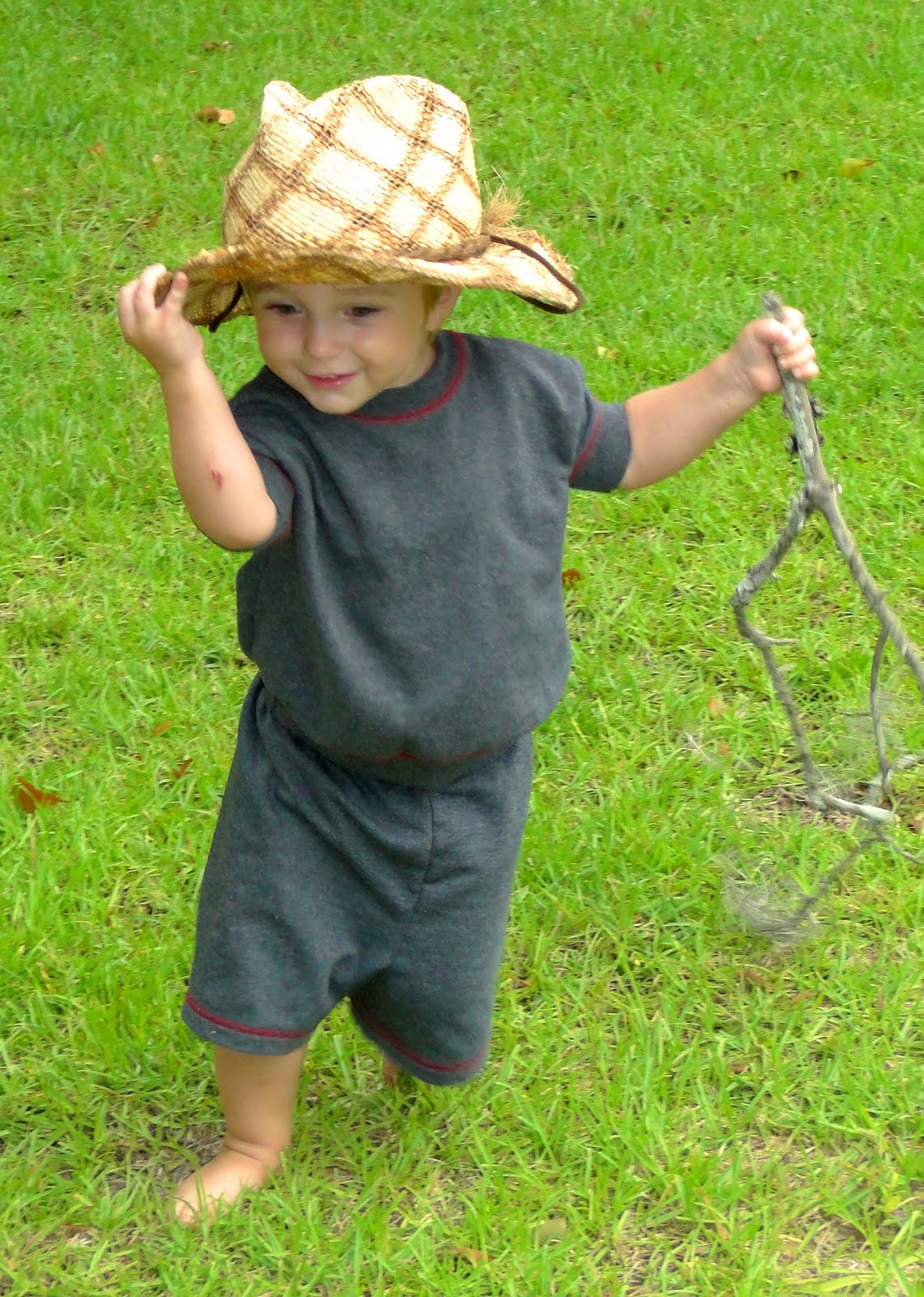 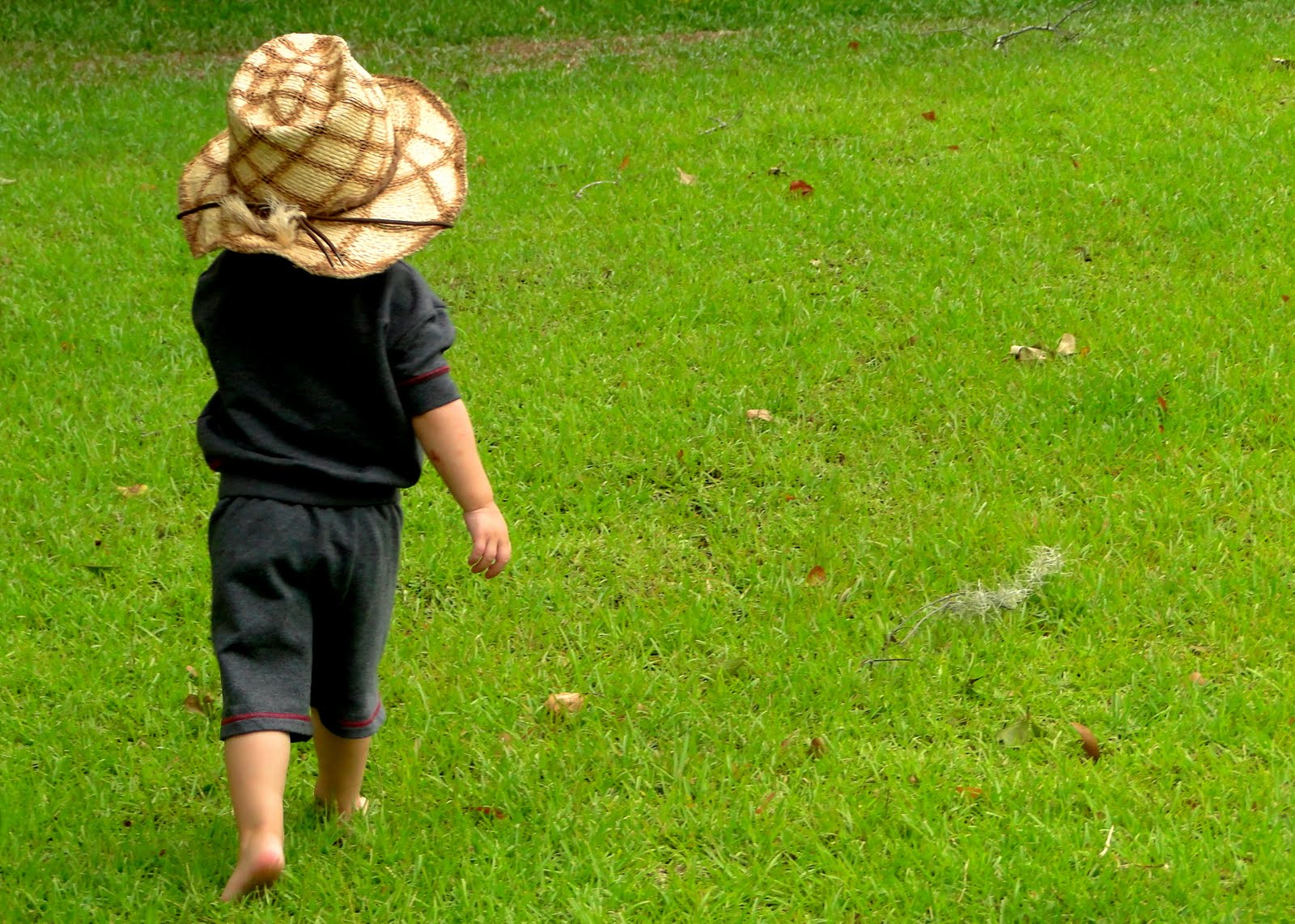 Cars 2: Ever since we saw the first ad for Cars 2 we have been excited. Not that Kye even had a clue, but Zach and I knew how much Kye has LOVED the first one so we were looking forward to taking him to see the newest one. The week after it opened we made plans with Courtney, Colt and Payton to hit up the movie theater!

had to wear his Lighting McQueen shirt 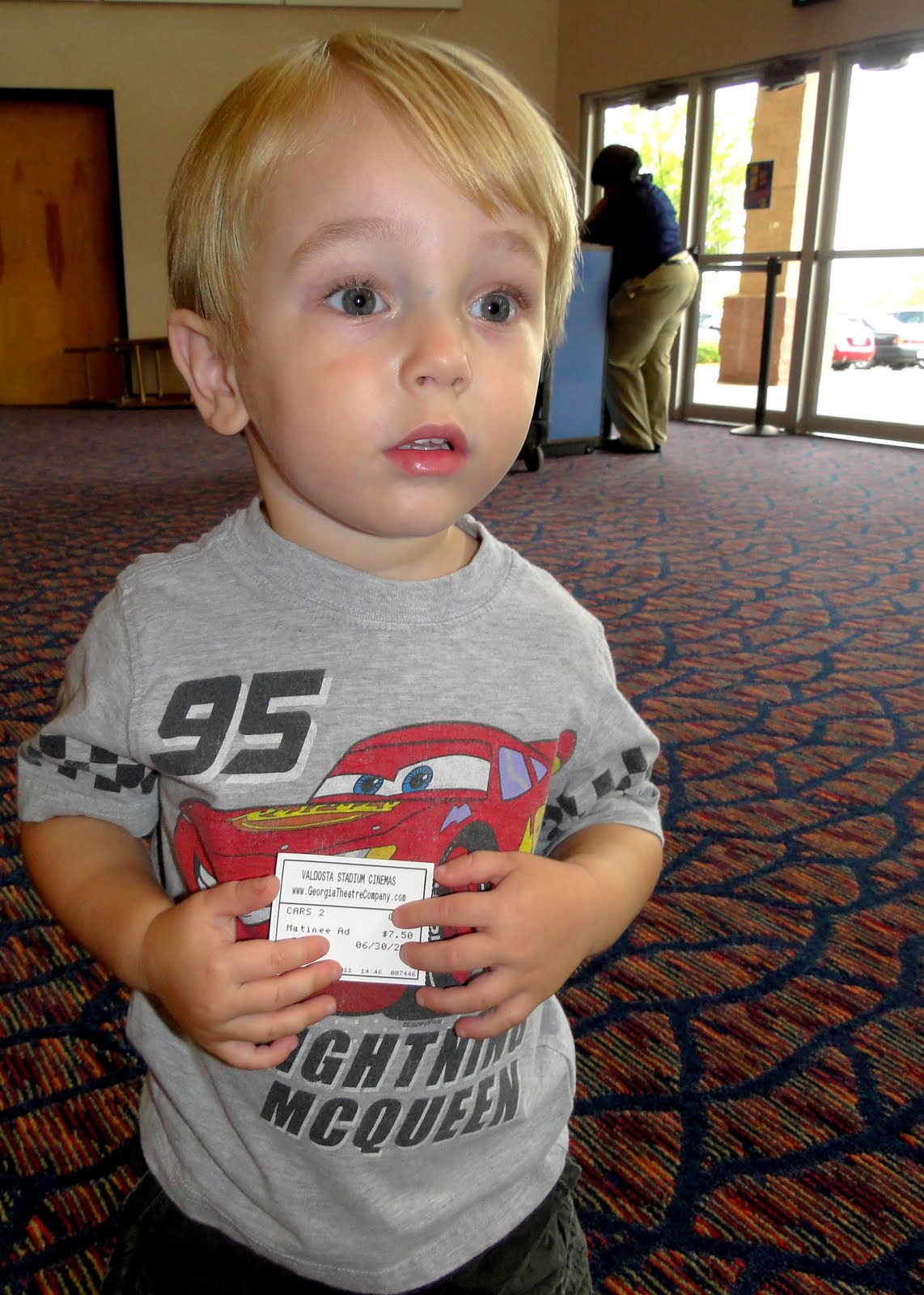 The movie was a HUGE disappointment. Like mega. It was very, very violent and had a storyline that included a plot to kill Lighting McQueen. Um my kid is 2. He does not know what “kill” means and doesn’t need to know that yet. But imagine how scary it was for him (and Colt too) to see one of their favorite characters be shot at and chased down. It was a VERY inappropriate movie and made me sad. I assumed we’d be buying up every Cars 2 toy on the market and instead we will not only never see the movie again, we will also not be adding it to our dvd collection when it comes out. Hope Pixar does a better job on their next movie!!! It was the WORST Pixar movie yet!

the kids still had a blast together though 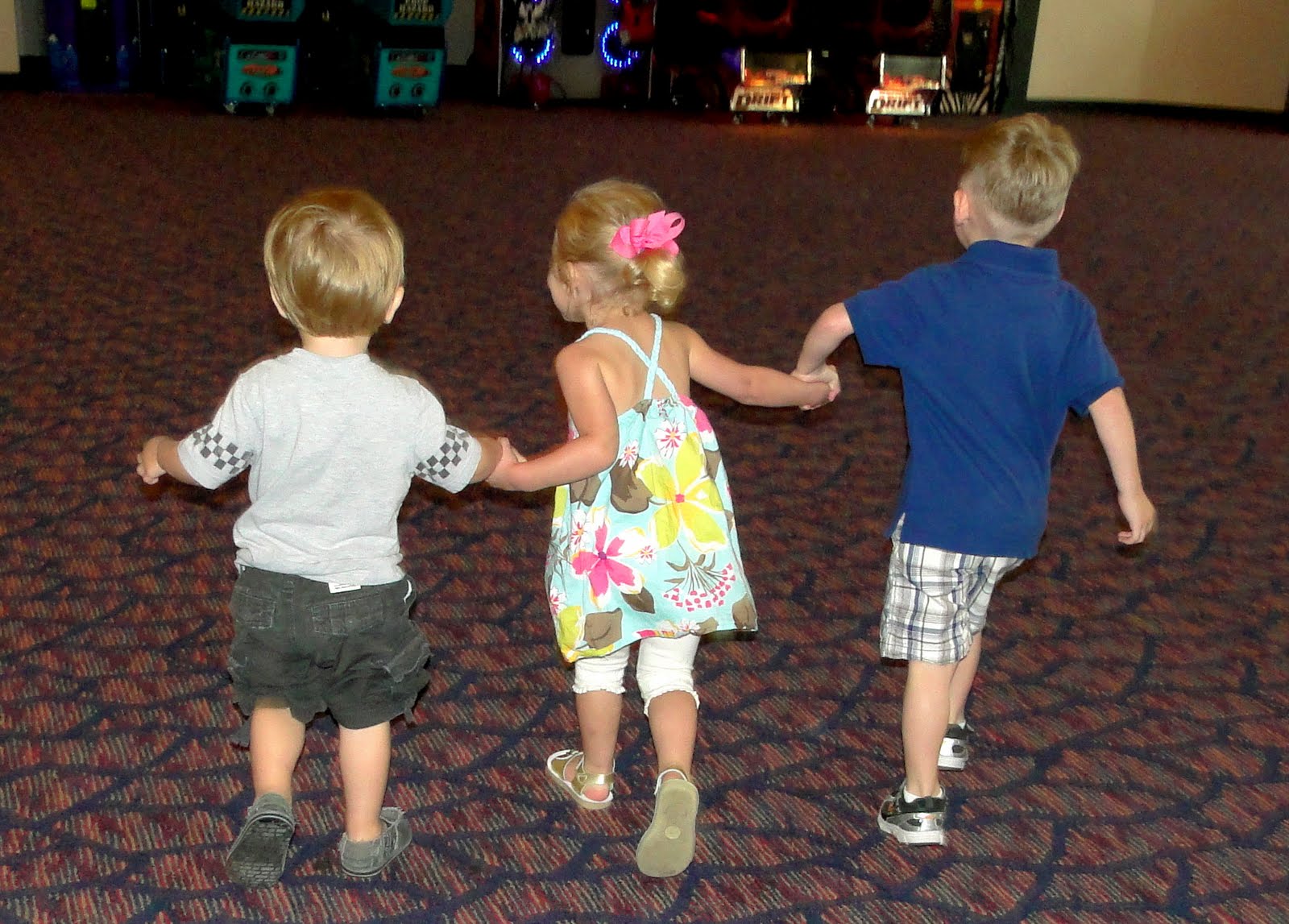 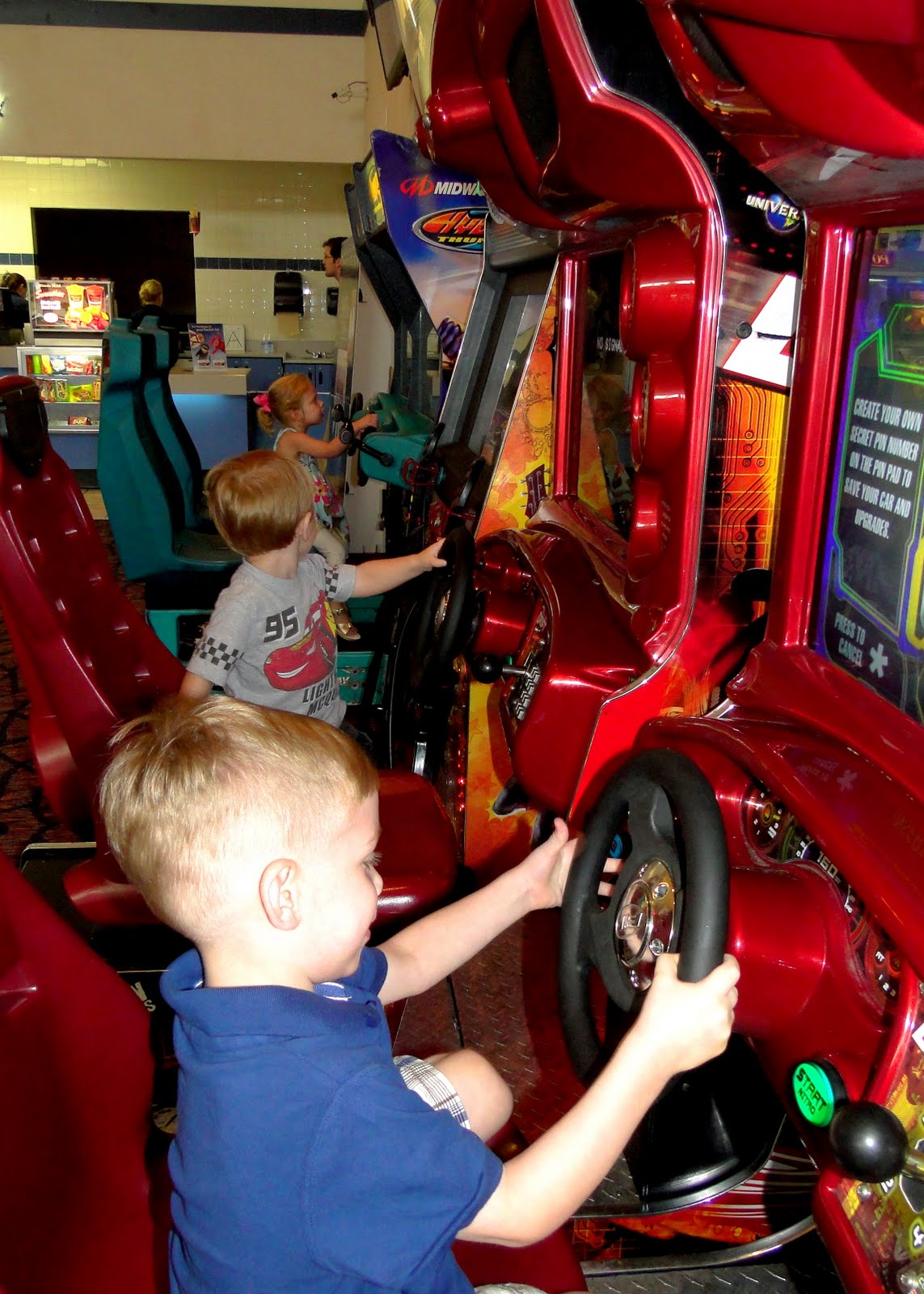 so glad Zach was able to meet us there (and even he agreed that it was a badddd kids movie!) 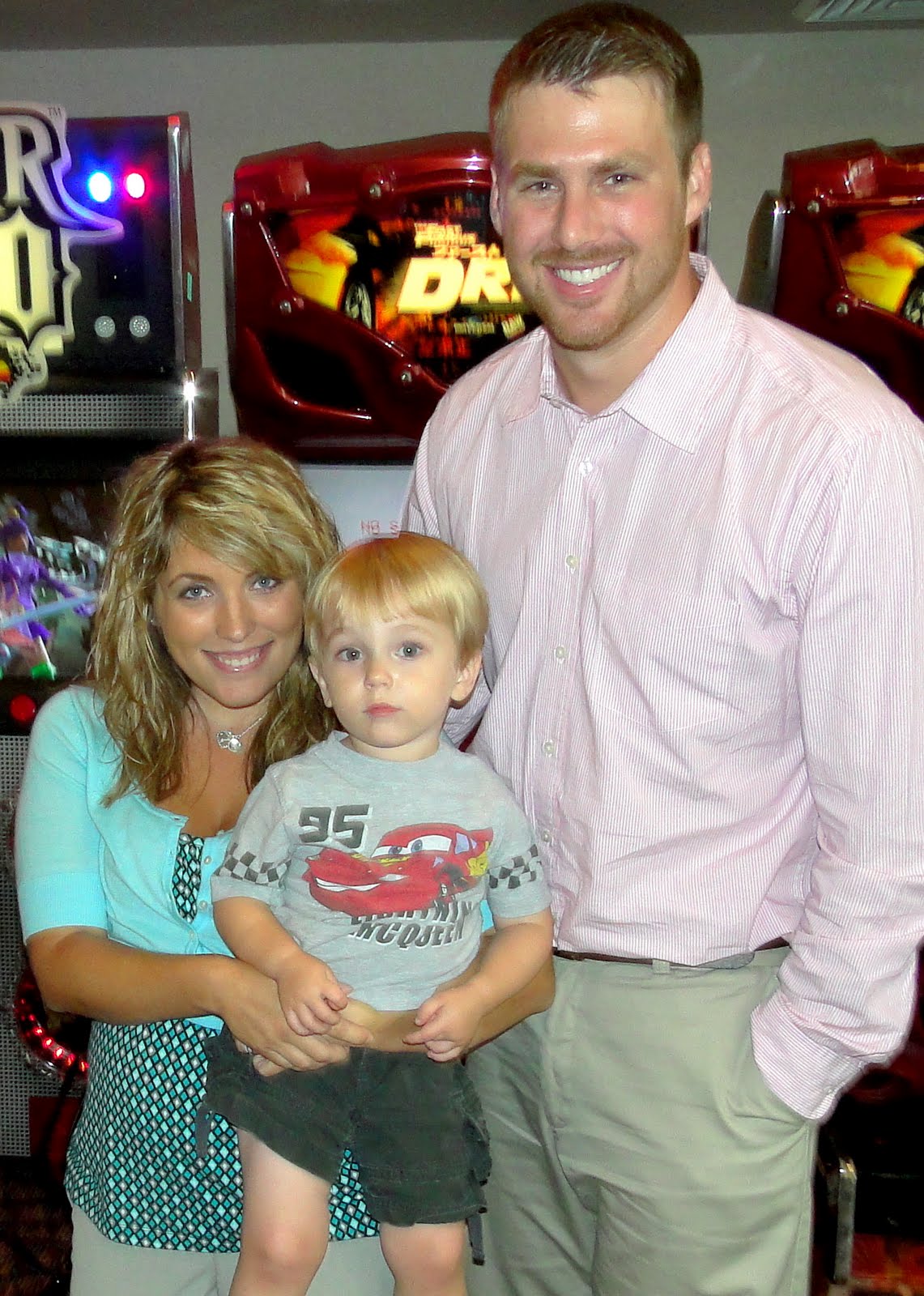 Here are other things Kye was up to during the month of June:

Goin’ to the beach: When we travel now I let Kye get a gallon sized ziploc bag and pick out what cars he wants to bring along with us. He greatly enjoys this responsibility and it’s funny how quickly he realized that the smaller the cars, the more he could fit in the bag. Even now he’ll ask to “go to the beach” b/c he wants to load up all his cars. Here’s a video of his selection process. 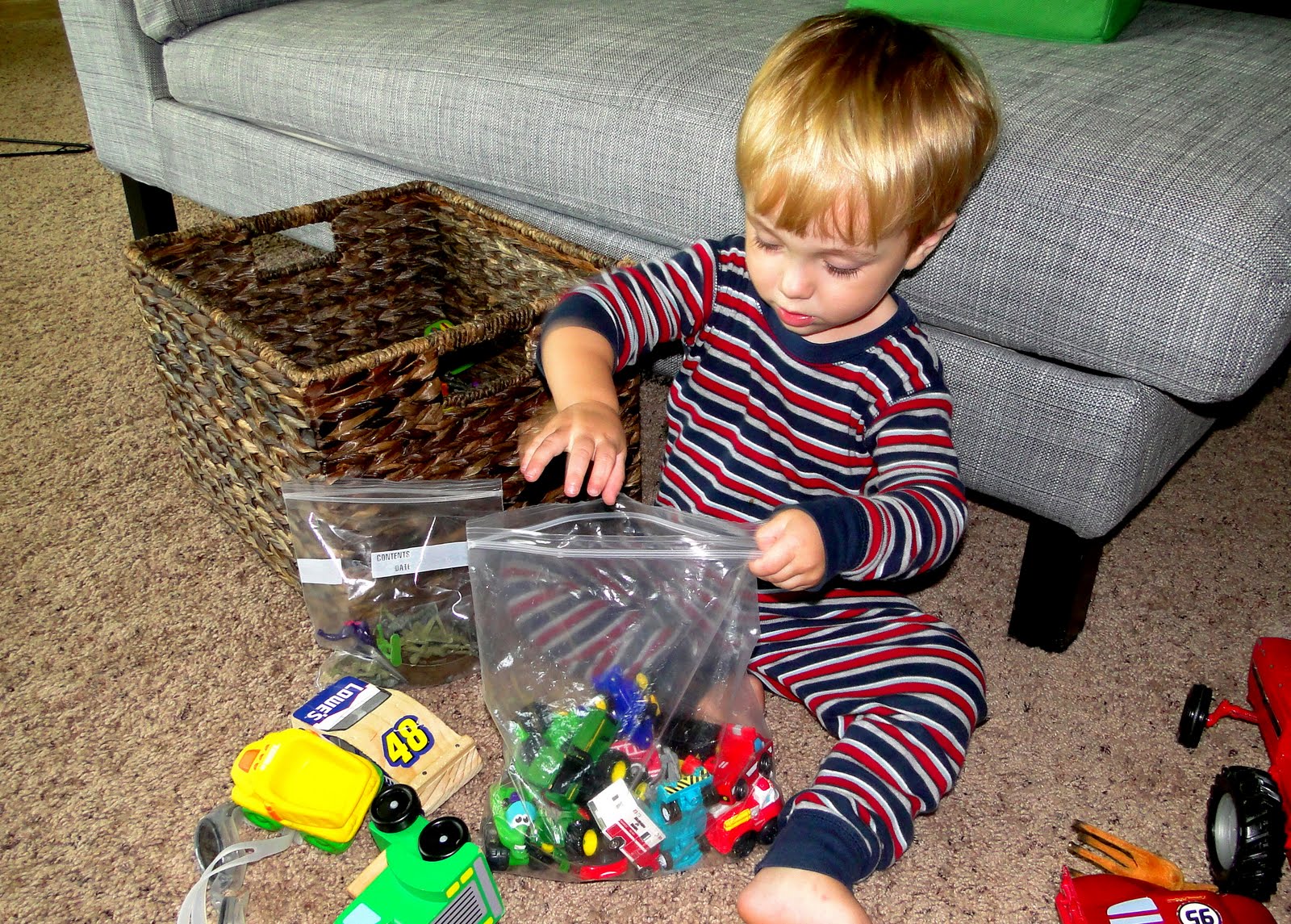 Hair Cut: Last summer Zach really wanted to leave Kye’s hair long. We did..for awhile…and I can’t stand the way it looked. It was just too thin to wear shaggy but this year it’s gotten thicker and I caved in about cutting it. We let it grow and then had our hair lady (Penny) shape it up. Kye and Daddy went together to both get hair cuts and I have to admit…Zach was right…our kid can rock the Justin Bieber style!!! 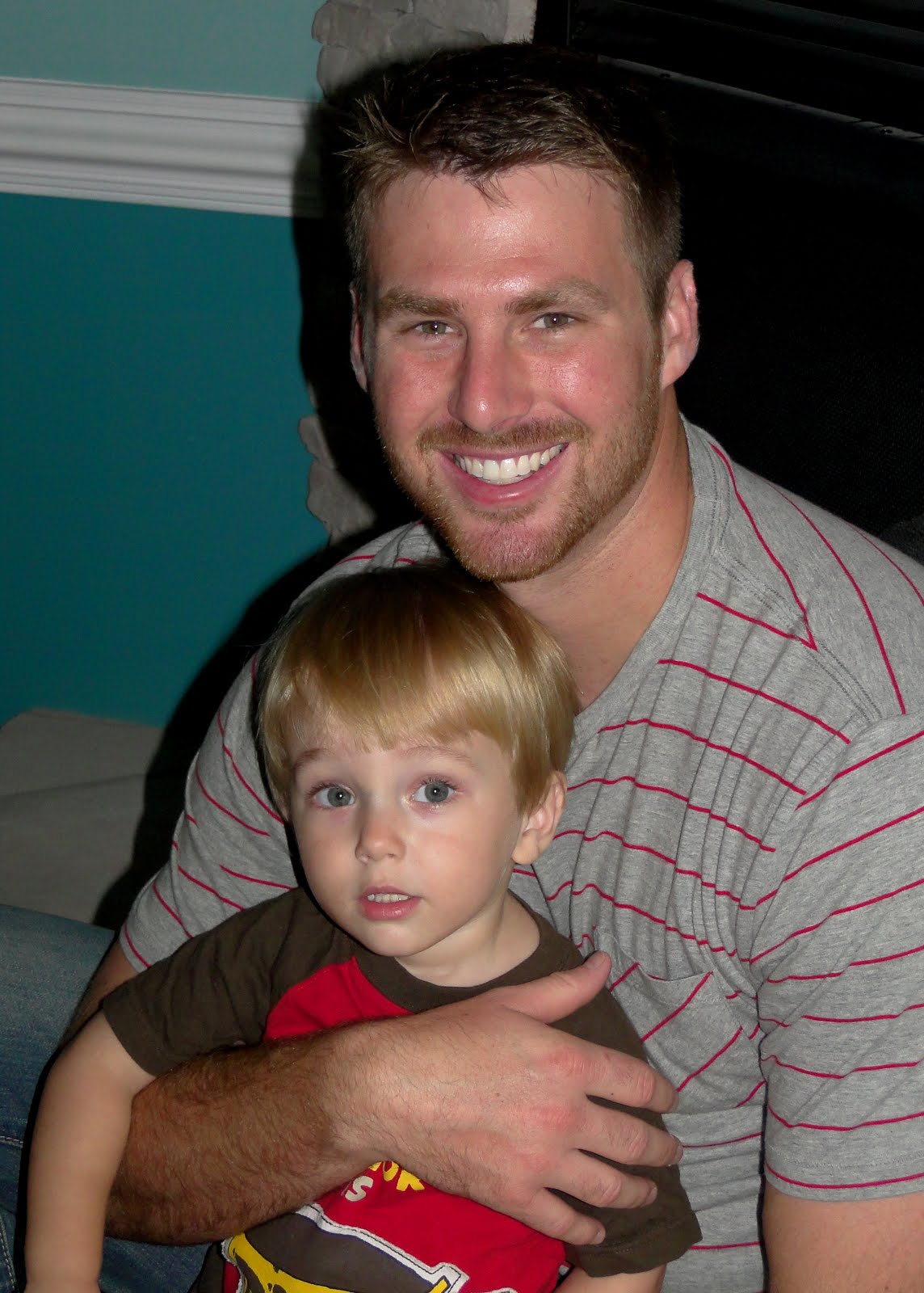 Reading: Reading on his own has become a favorite hobby of Kye’s. If I don’t hear him for awhile I’ll go to see what he’s doing and typically he’s got a book in his lap. I have found him in some interesting places too though…like in our tub wearing my swimming goggles 😉 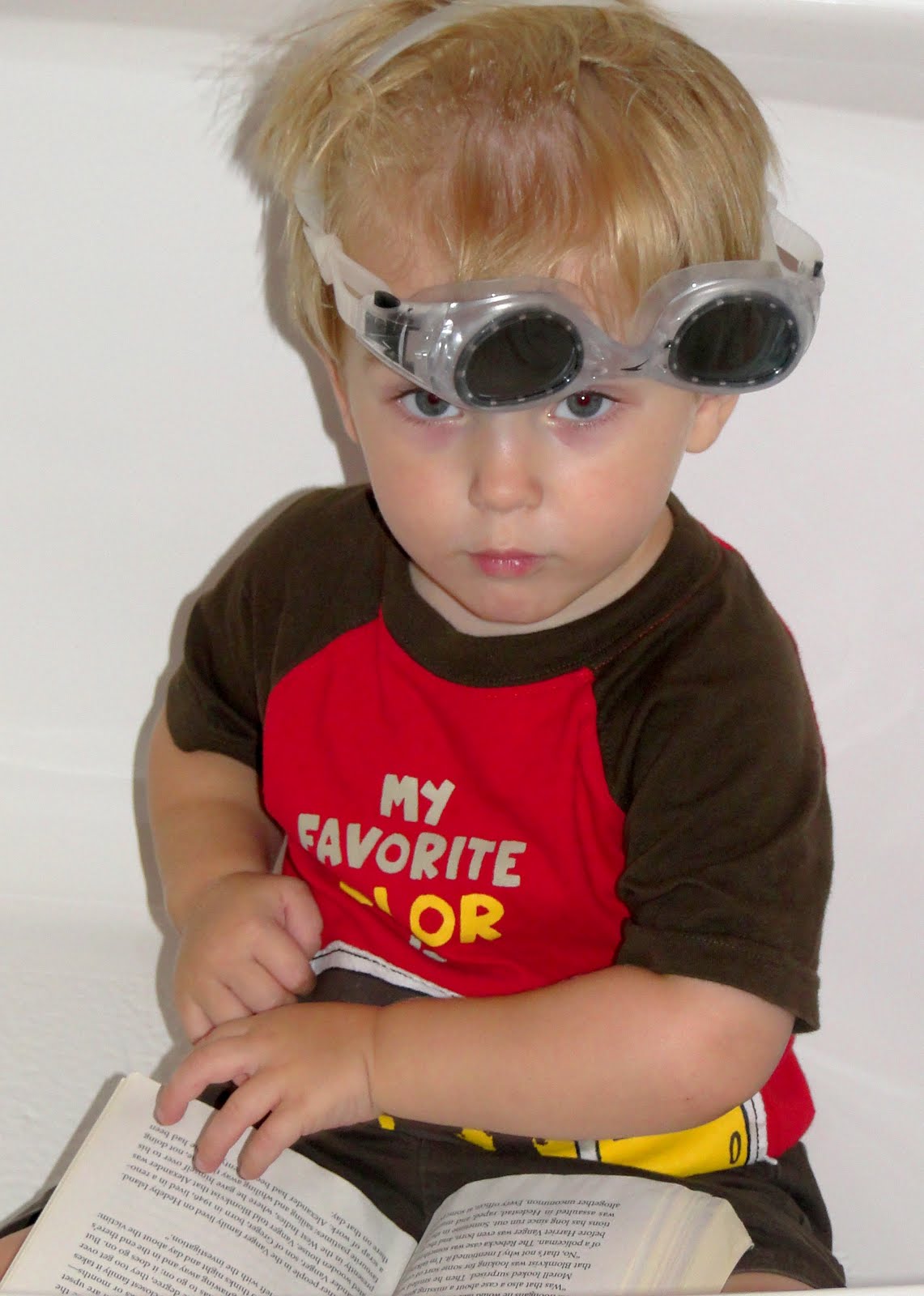 this makes me laugh..and WILL embarrass him someday 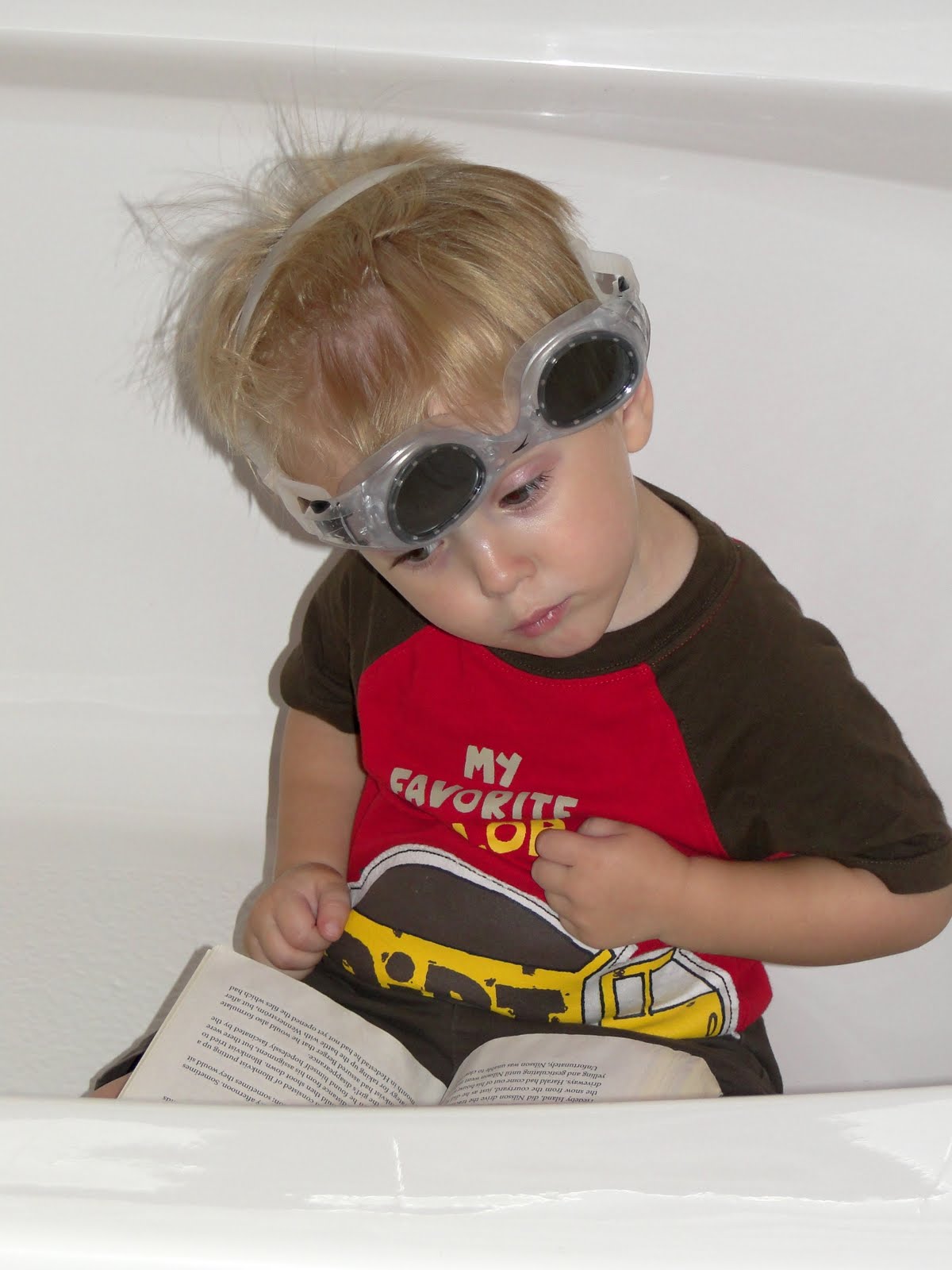 While I adore his love of reading, I most appreciate his love of The Bible. God’s Word is THE most important book for him to know and when I found him in his room with his Bible in his lap it was a “proud mommy” moment for sure. He’ll talk about his Bible and will say “I’m readin’ about Jesus.” Too sweet! 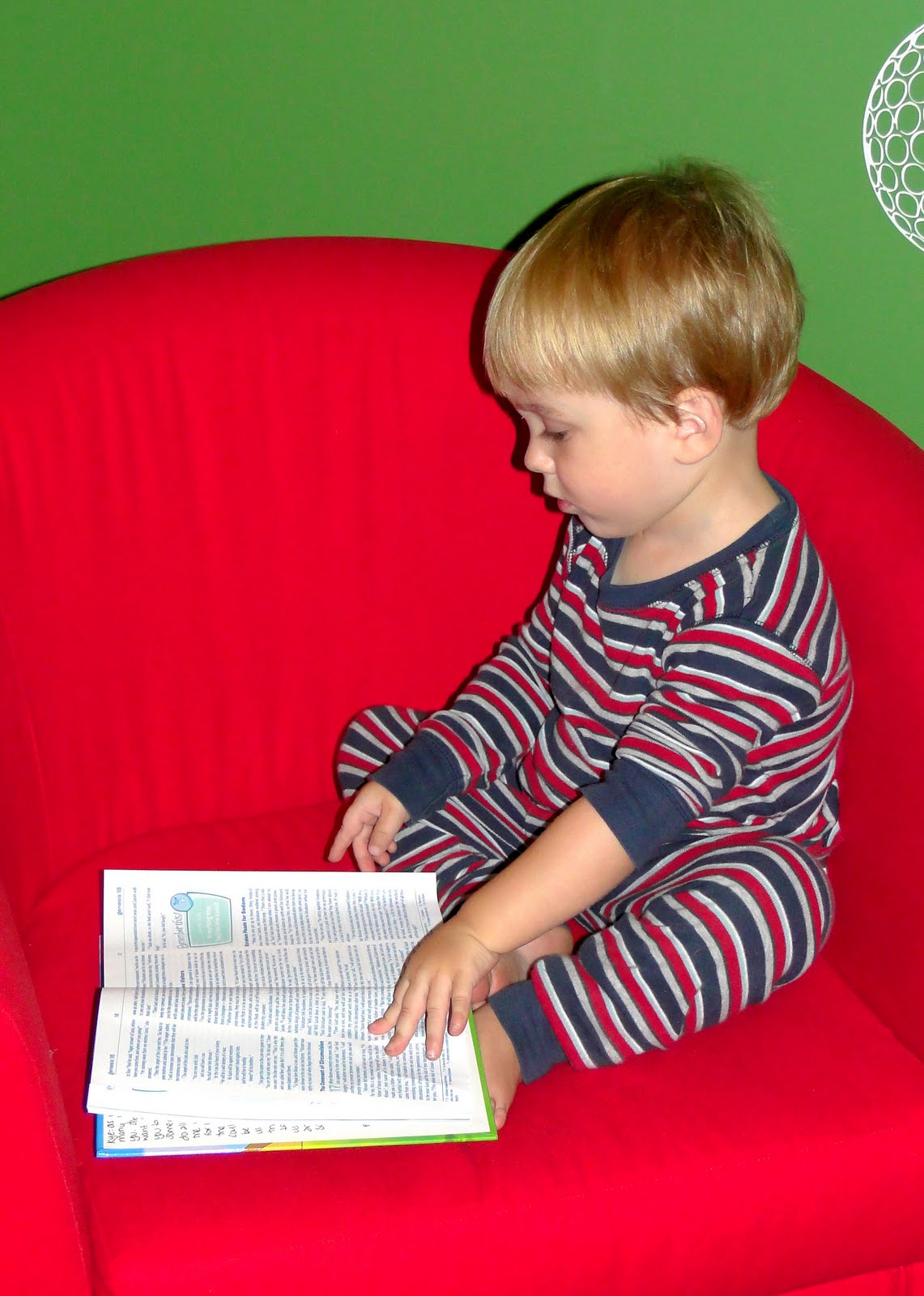 After Nap: My favorite time of the day is right when Kye wakes up from his nap. I’ve always been told that boys are sweet and I realize now that it’s soooo true. He will snuggle up to me and want to stay in his bed FOREVER. Often he will wake up at 3:30 and we won’t leave his room until 5. His favorite thing to do is get puzzles on his bed and work on those together right when he wakes up. I realized he is a slow waker and really needs that relax time to be in a good mood, it is precious in the afternoons…but makes for rough mornings especially when we have to get up and get going somewhere!

one of his favorite puzzles right now is his letter puzzle 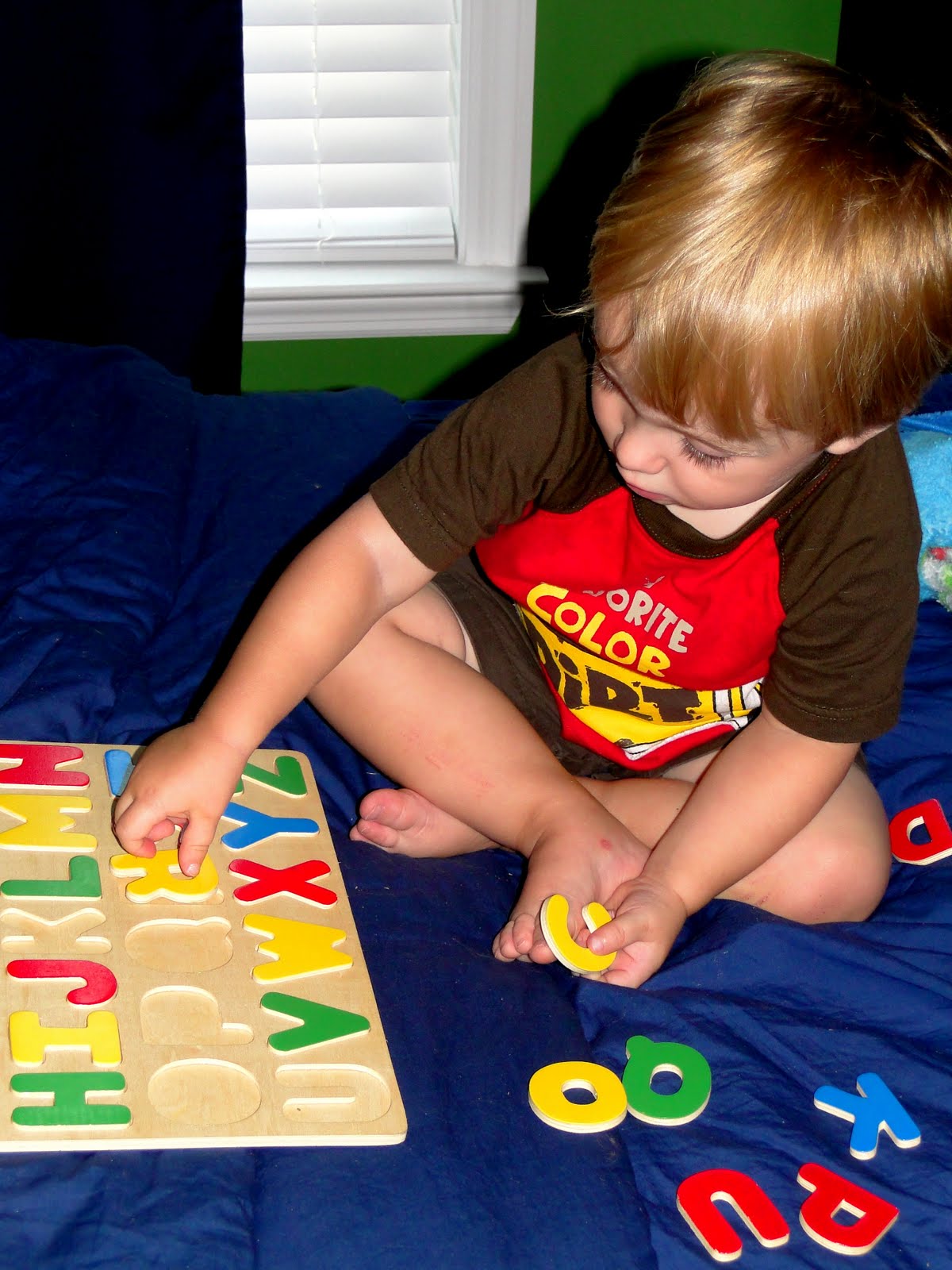 I love watching Kye grow and change and especially love hearing all the cute things he’s saying now, it’s that ADORABLE age I’ve always been wanting! I used to say I wished I could birth a toddler and, while I’ve loved EVERY age, now that time is here and I’m savoring every second 🙂