I have been looking forward to Mom’s Day at School for a SUPER long time. I know that may sound lame, but I’m not kidding. I about CRIED when I learned that it was the same day as the doctor’s appointment!!! Really, though it worked out perfectly. Zach wasn’t able to go to work that morning due to the appointments so it wasn’t a big deal for him to just wait until lunch time to work so he could take care of Brittlynn while Kye and I went to school.

When we got there his class was outside playing and the kids RAN to the fence calling out “Kye! Kye!” It was really adorable. Mrs. Autumn was inside setting up so I played with Kye and enjoyed visiting with some of the other moms. I really like so many of the mom’s from his class, it’s sad that majority of them are putting their kids in the 5 day class! We’re doing 3 day again next year (I cherish those days that he’s home with me, I’m not ready for him to be gone every single day yet!!!) and only a couple of the kids from this years class will be with him next year. But it’s good for him to meet new people! 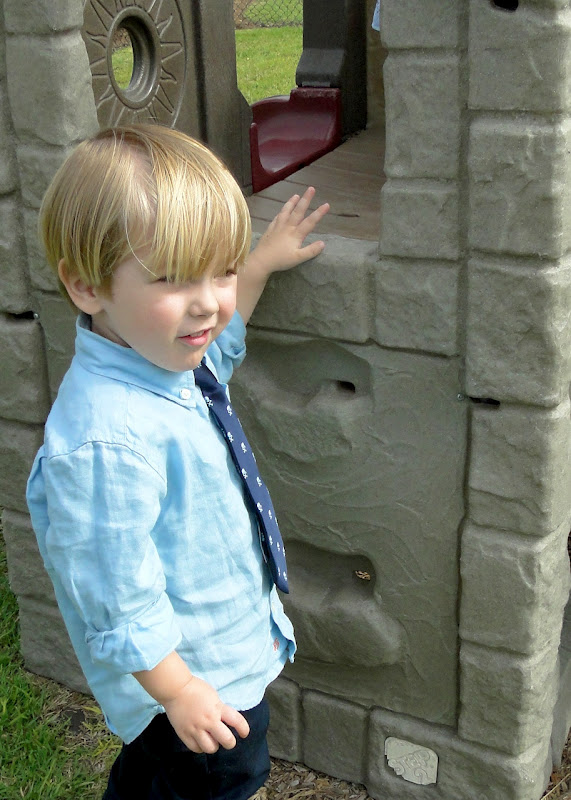 Of course Kailyn was the first one to come play with us 🙂
I’m thankful she’ll be in his class again! 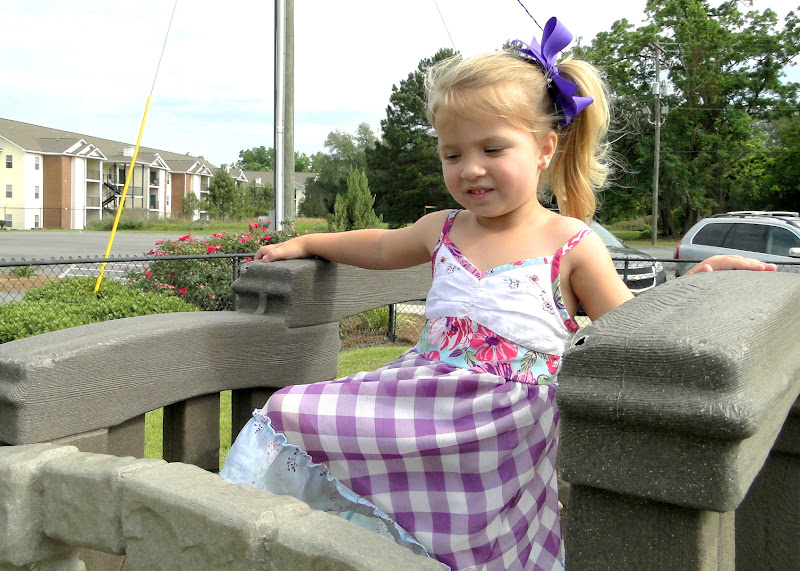 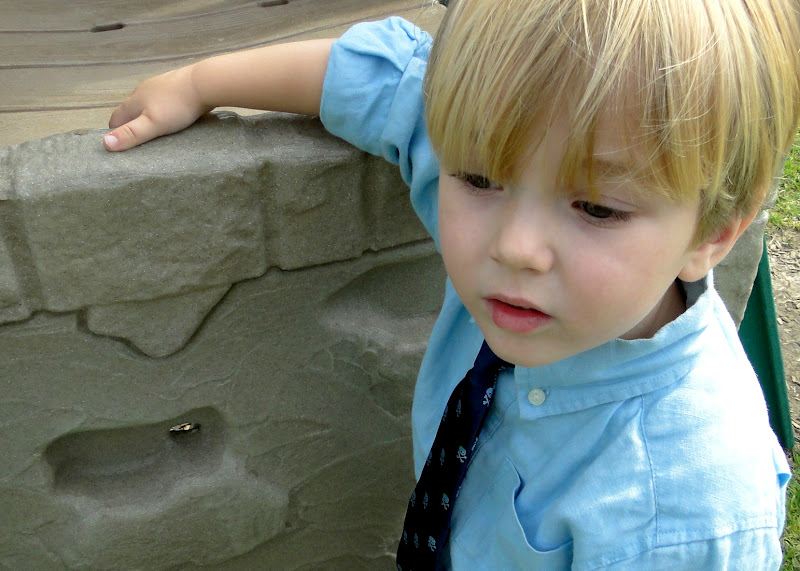 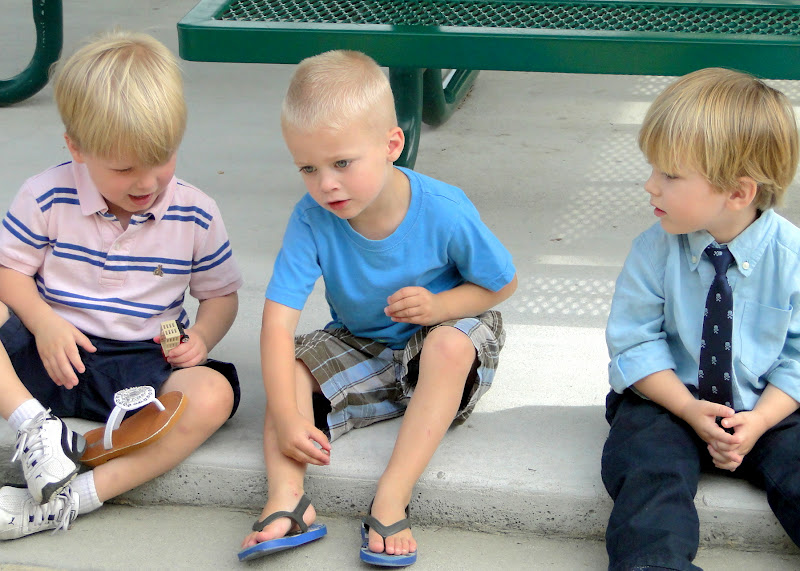 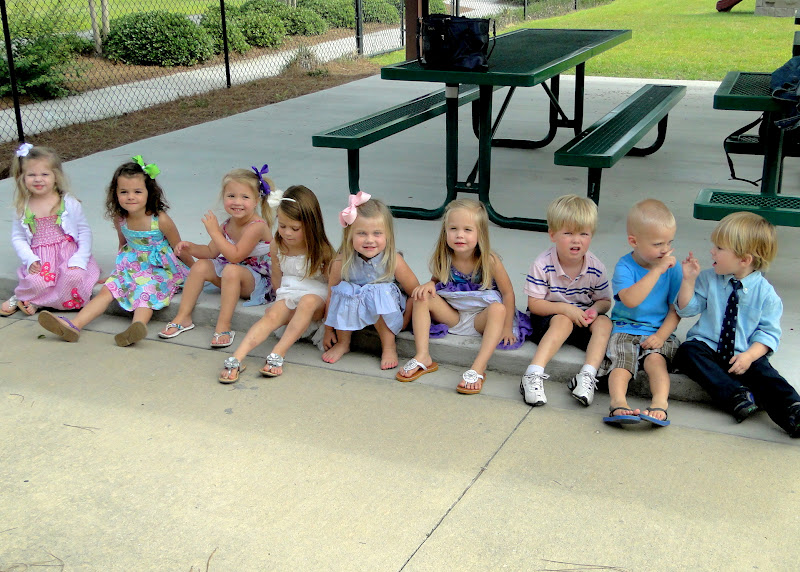 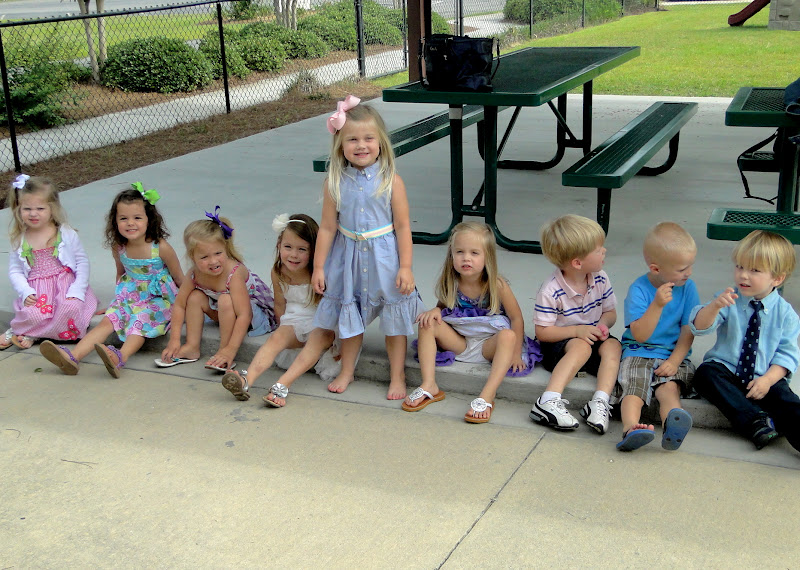 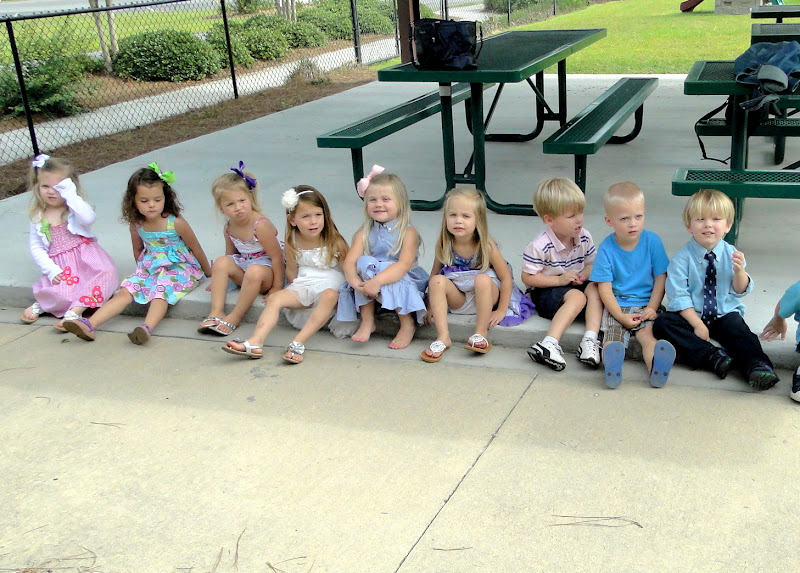 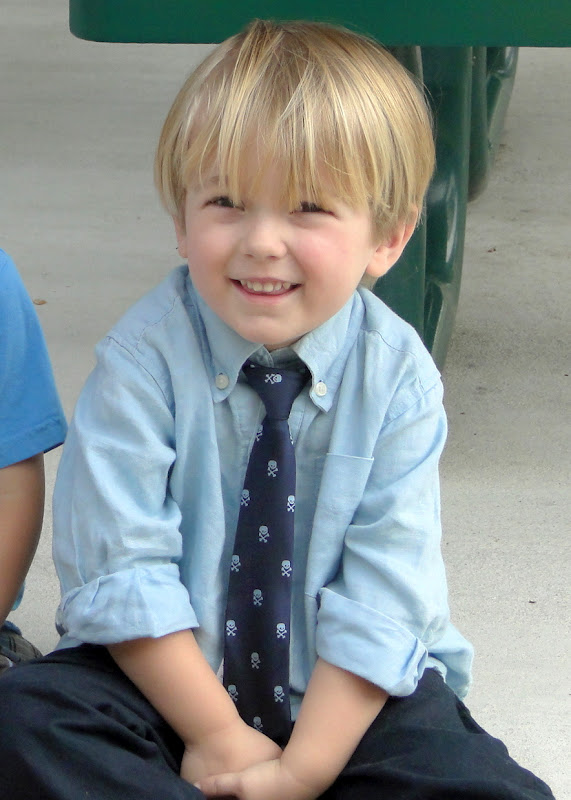 When it was time to go inside we waited out in the hall and our children came out to get us and escorted us to our seats. It was really special. Waiting for us were these goodies: a flower pot they made with sunflowers in it, a magnet they made, and a special card for each of us! 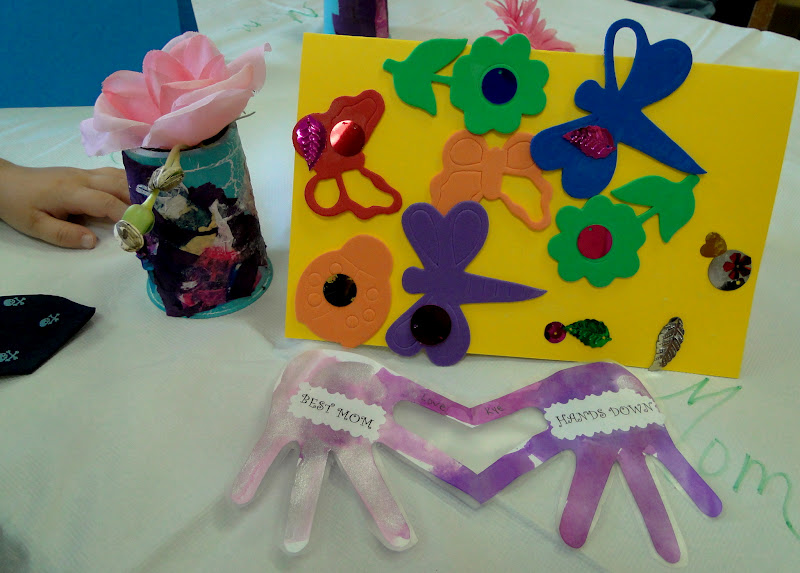 Best Mom Hands Down! I love it!!! It’s actually on our fridge which is not a common thing to happen around here!!! 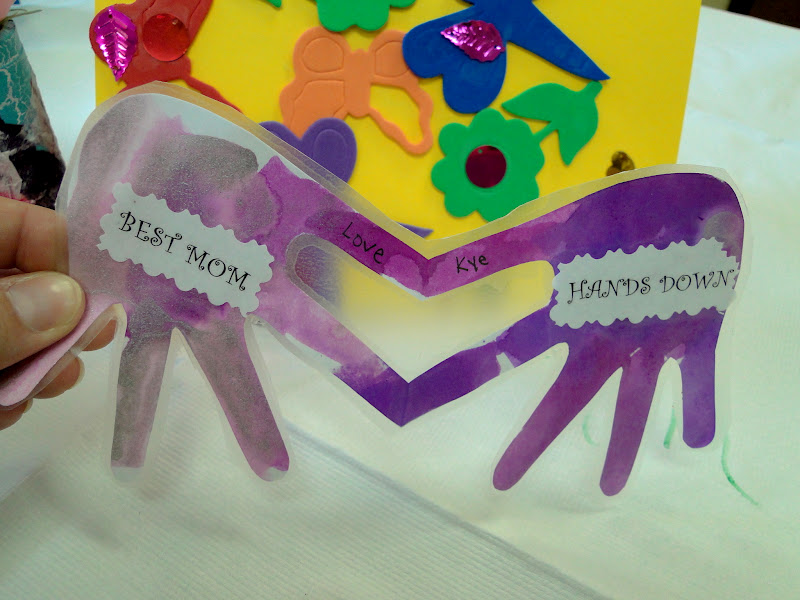 Interesting smile Kye…showing me the flower pot he made

(Which I already knew about. He told me about it the first day they started working on them, 3 year olds can’t really keep secrets haha) 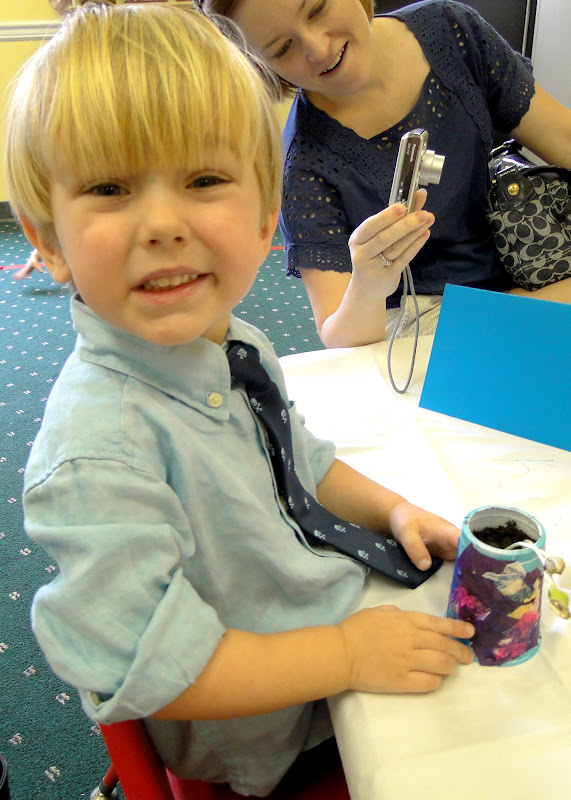 This was what was inside my card: 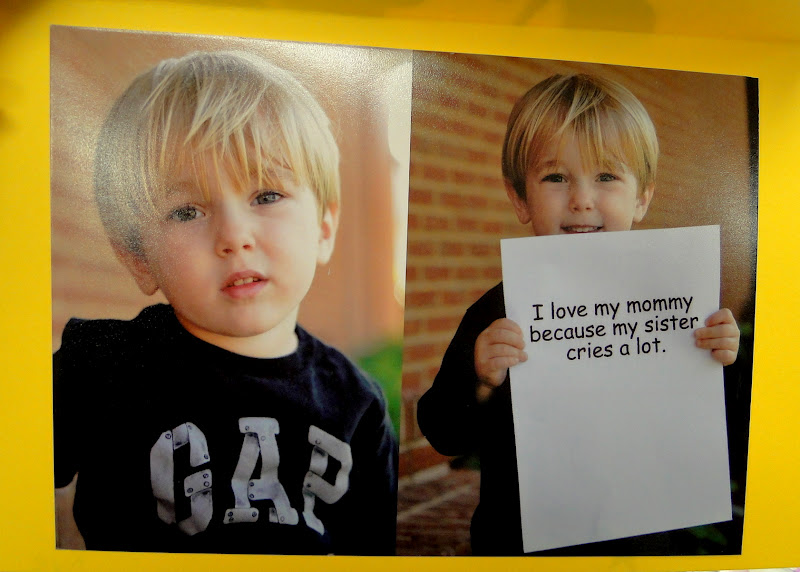 I cracked up. Kye tells people CONSTANTLY “I have a little sister and she cries a lot.” I guess when they asked him why he loves me that’s the first thing he said. Thanks Kye 😉 What’s even funnier about it is that she doesn’t really cry all that much. He’s in trouble if the next baby is a crier!!!

The next thing they did was sing a song for us. I also had already heard parts of the song at home and I was MEGA excited about it. Tell me this isn’t the sweetest little video of him!!! He won’t sing it for me often but when he does I love it 🙂 Much better than the original Barney song for sure 😉

Kye had been talking up Mom’s Day for awhile…he was pumped about the hot tea I’d be drinking. I’m pretty picky about my tea but I wasn’t about to let him down so I drank some and he enjoyed some lemonade in a little teacup. The teacup thing didn’t last for long, my kid is all about food and he wanted a big cup 😉 He pretty much ate the entire time. He kept asking me for more and more! 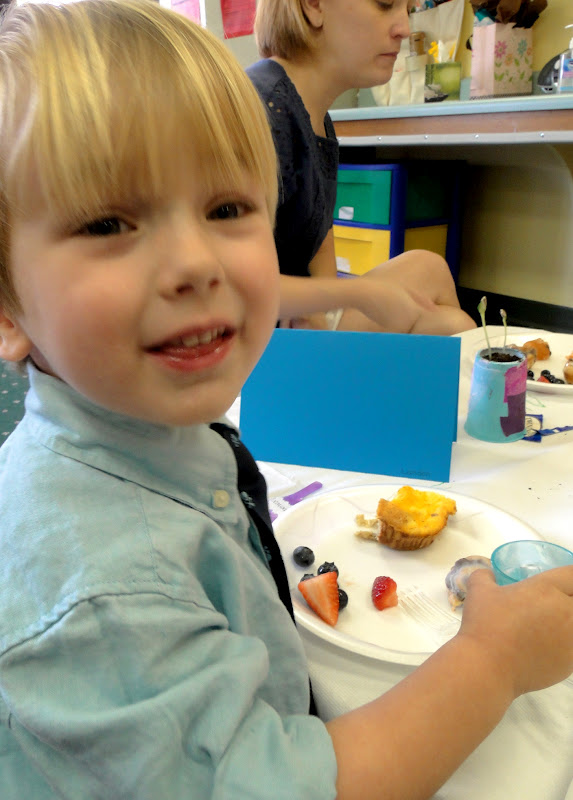 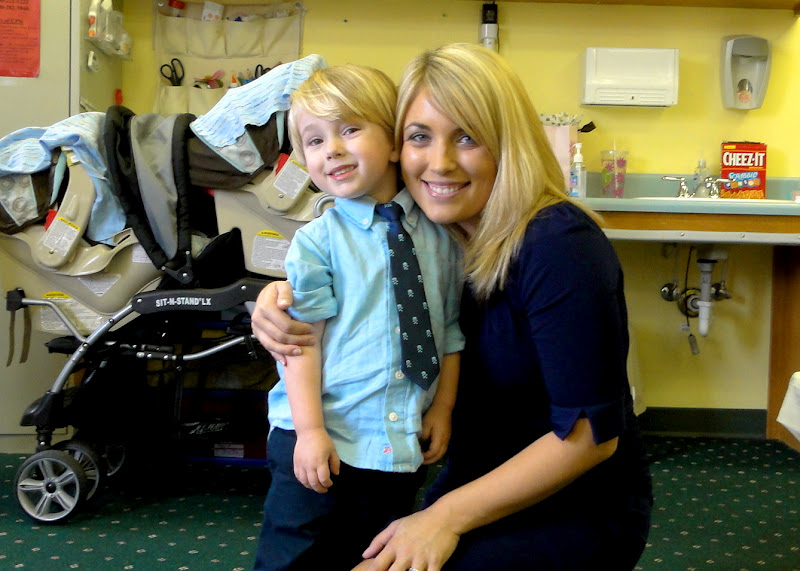 I don’t know what is with this smile?!?! 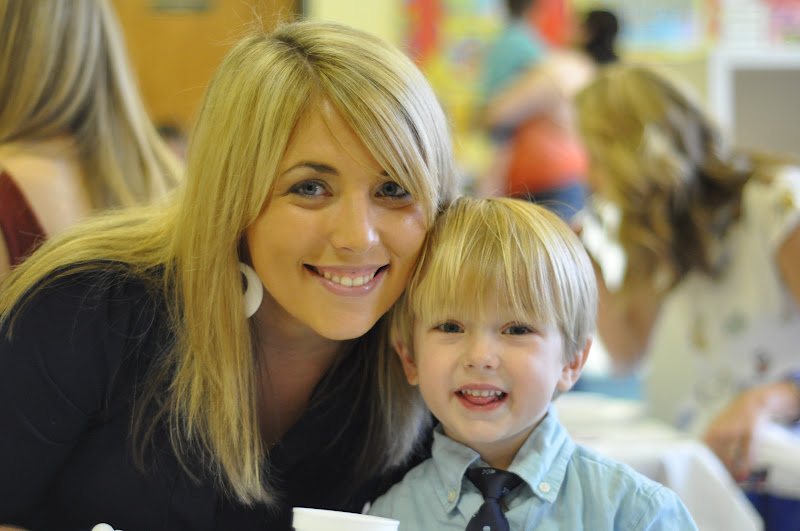 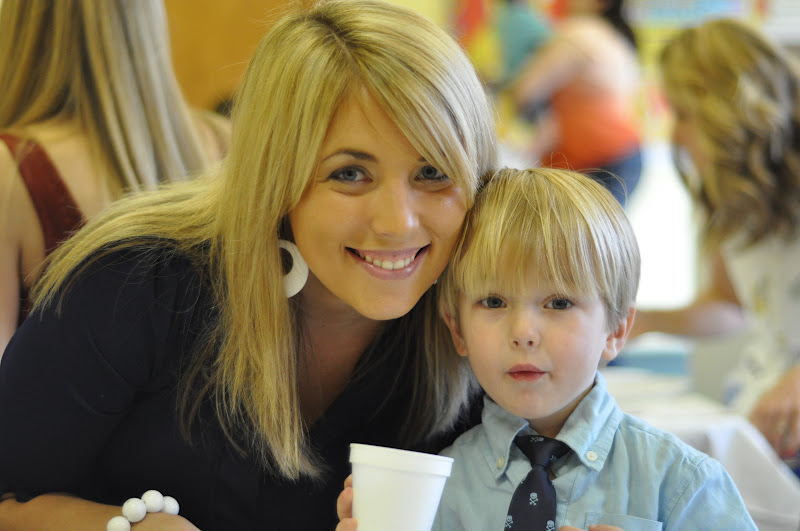 After Mom’s Day I told Kye I’d take him to Zaxby’s for lunch. I wasn’t about to be upstaged by Daddy on Dad’s Day. Since he took Kye to Chick-Fil-A I wanted to take him out to eat too. We had a BLAST at Zaxby’s just talking and enjoying quality one-on-one time together. 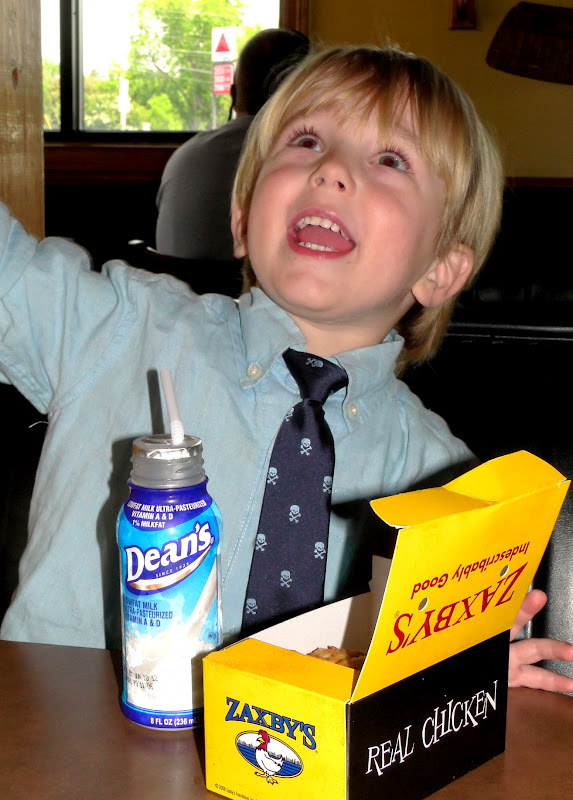 We decided that Chickfila is Kye’s favorite and Zaxby’s is Mommy’s favorite but that it’s Kye’s second favorite too! 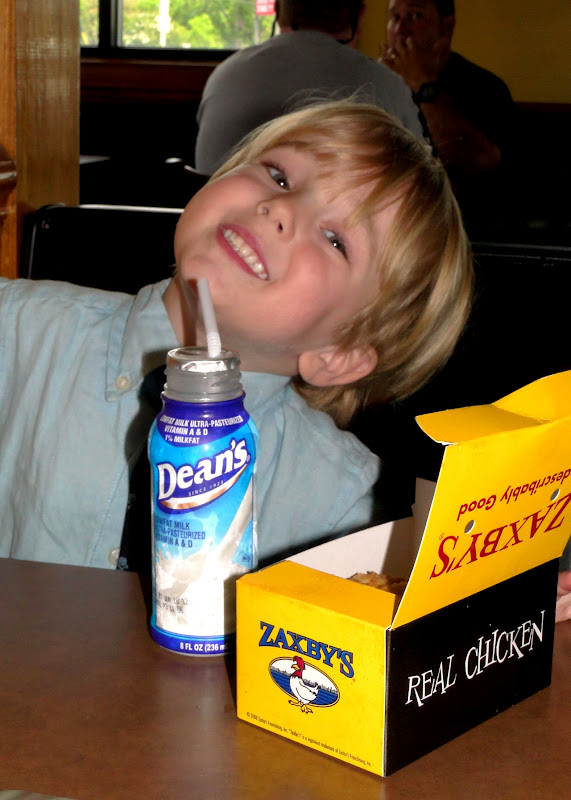 I really appreciate Autumn and Nicki and all the hard work they put into such a fun day. Zach was excited about the sunflowers and he and Kye planted them in our backyard! They are still growing (along with some CORN. Our bird seed from our bird feeder was falling onto the ground and corn started to grow so Zach moved it to the same corner as the sunflowers. We’ll see what happens!). I’m SO thankful I was able to be there for Mom’s Day and I am already looking forward to it for next year 🙂