Wow. When I was pregnant I wrote a post about how forgetful I became (read it here!). I thought once I became a mom that life would go back to normal. I’d have my awesome memory back! I’ve always been a pro at finding stuff. I’m not saying I have a photographic memory but I can visualize items and where they last were. Well, I used to be able to!

Since having Kye I have what I call “mommy brain.” It sucks. I lose things alllll the time.

Back when my dad visited for my birthday I lost my car keys.We drove home from Mrs. Charlotte’s in MY car so I HAD to have the keys right? I searched everywhere for them and didn’t find them for a MONTH. They were in a corner of one of Kye’s diaper bags!

Then my mom bought Kye a My First Christmas board book that we had on the coffee table as a decoration and as a toy for him to have in the living room. Well one day it went missing. I freaked out because I didn’t want Mom to think we didn’t like it or lost it. I hunted everywhere and left for our ski trip begging Ashley (who house-sit for us) to search everywhere while she stayed at the house. I also had Mrs. Charlotte (who kept Kye) look through all of his stuff hoping it’d turn it. It didn’t. It stayed lost for over two weeks until we went to wrap presents and I found it in the bottom of the big box I had stored Kye’s Christmas gifts in.

The day after we found the Christmas book I realized I couldn’t find my ipod. I hadn’t seen it since we’d gotten home from skiing which had been about a week. Again we looked everywhere. We gave it a couple days and agreed to go through a weeks worth of trash before they picked it up just to make sure I didn’t throw it away. Thankfully we did one more house check before going through the trash! Zach found it mixed in with a bunch of random tote bags.

THIS IS SO ANNOYING!!!! Will it ever go away? Is my brain just at it’s maximum capacity?!? How will I survive with two children? FOUR children? I need some memory meds or something. 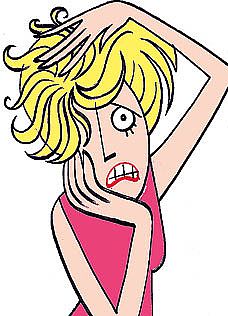 Currently we can’t find one of our spatulas. I’m not even bothering to look for it. I know that it’s somewhere in the house and it’ll turn up. Probably somewhere random like Kye’s diaper drawer or something. It seems like something is ALWAYS missing around here now and it’s always my fault. The only thing I hold on to is that we did lose our passports for a SUPER long time and that ended up actually being Zach’s fault (this was back when we first got married but STILL I’m not the only one that’s ever lost anything).

It’s not just stuff either. I forget things to pack all the time too. We got half way to Charlotte’s to drop Kye off for the ski trip and I realized I left his whole supply of breast milk in the freezer at the house and we had to come back to get it. It’s so frustrating. So so so frustrating.

I have started to say a certain phrase that helps me not have to take all the blame though! I now say “do we have everything?” before we go somewhere so that way Zach and I can both think it through! 2 brains are better than one (or at this point I probably can only be considered at having half a brain!).