Couldn’t leave to celebrate Christmas with my last post not being Merry! And nothing is happier than Disney right?!? 🙂 MERRY CHRISTMAS!!!

I LOVE our tradition of getting away during the holidays just the two of us. Anyone I ever tell about this tradition also loves it. Now that we have a son, I like that we get time away to just enjoy each other at Christmas so legit Christmas morning can be all about Kye! Because wouldn’t it be anyway?

This years trip was another instance where God answered prayers that I didn’t even know I was asking. We always go skiing up in North Carolina together but this year I kept putting off booking the trip. I wasn’t sure why (as duh, I plan like crazy) but for whatever reason I never got around to booking it. Thank the LORD I didn’t because 1) we couldn’t afford it 2) Zach’s back issues means he wouldn’t be able to ski and 3) Zach’s back issues means that long of a car trip would have been brutal.

Instead, we decided to go to Disney (Zach’s idea! Yes!!!) and do the Mickey’s Very Merry Christmas Party again like we did a couple years ago (pre-pregnancy and therefore pre-blogging). We left on Sunday Dec 5th and drove to Orlando, which is only 3 hours away. Our first stop? O’Charley’s for some lunch! I know you Atlanta dwellers get to enjoy O’Charley’s whenever you want so it’s not a big thing for you, but for us Valdostians it’s a treat 🙂

mega pumped for that potato soup 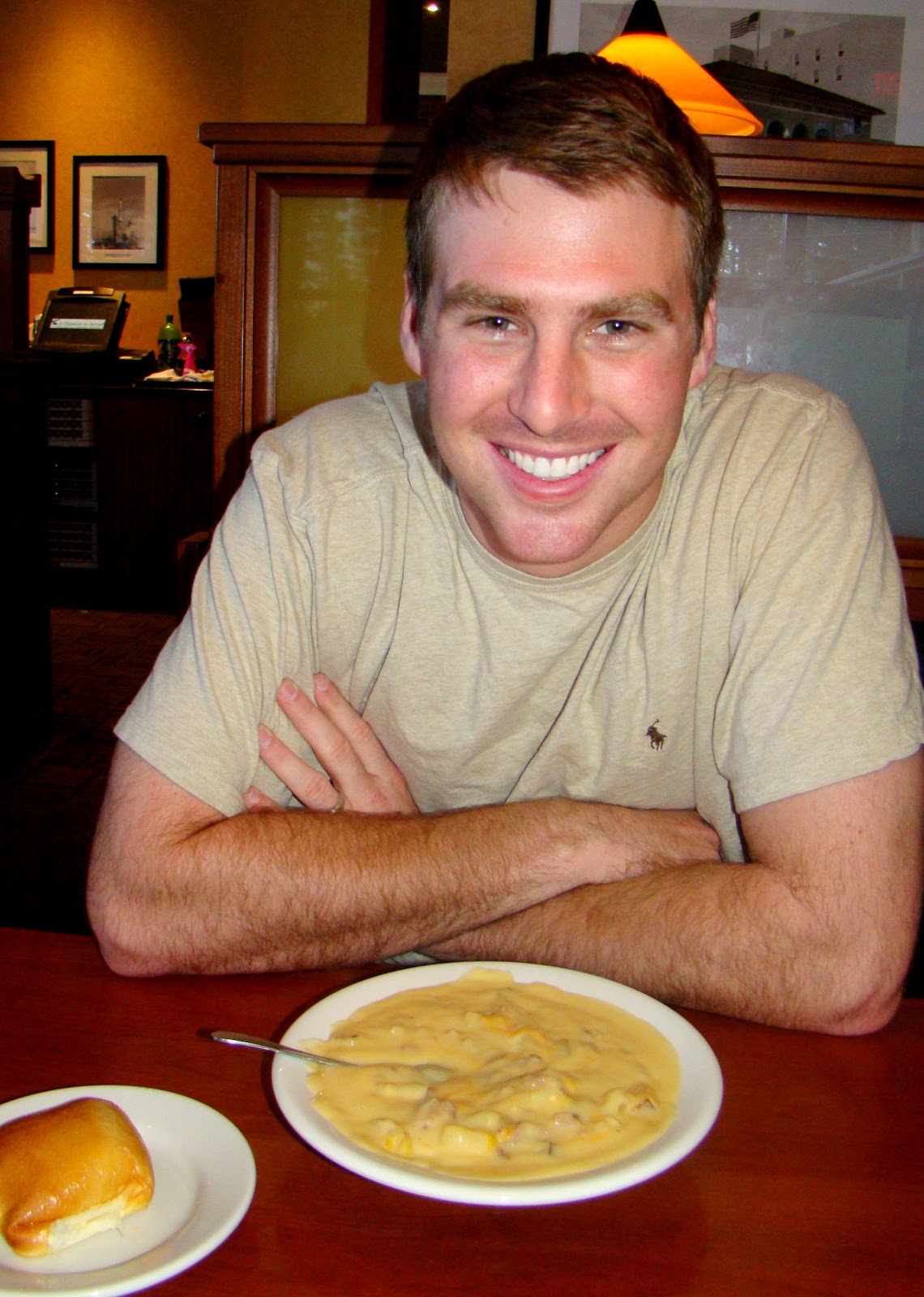 and I love the spinach and artichoke dip! 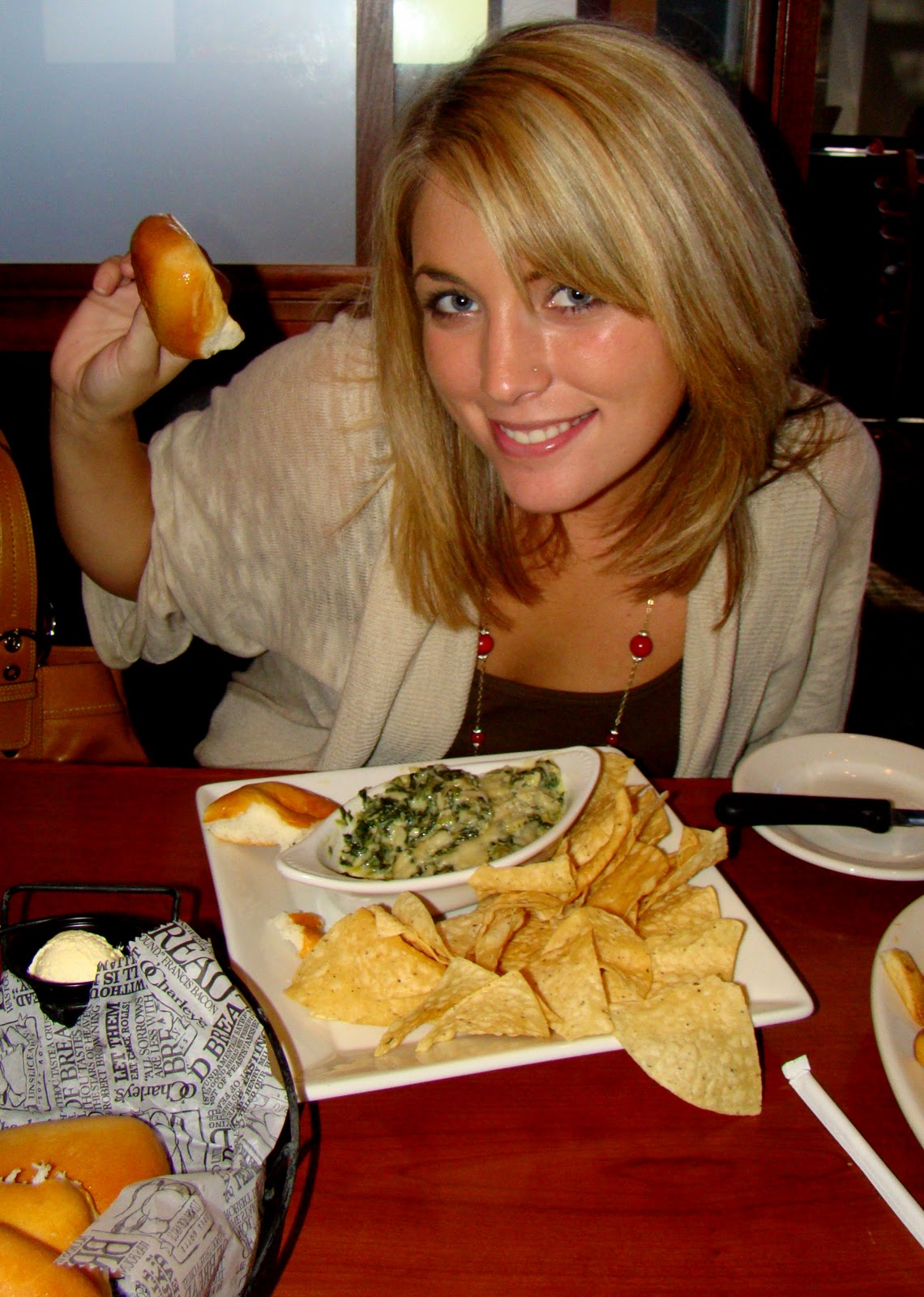 We stayed in a timeshare condo and went ahead and checked in so Zach could rest up for the big night. It was a pretty nice one-bedroom place!!! The window was AWFUL though for trying to sleep in, but we still enjoyed it! 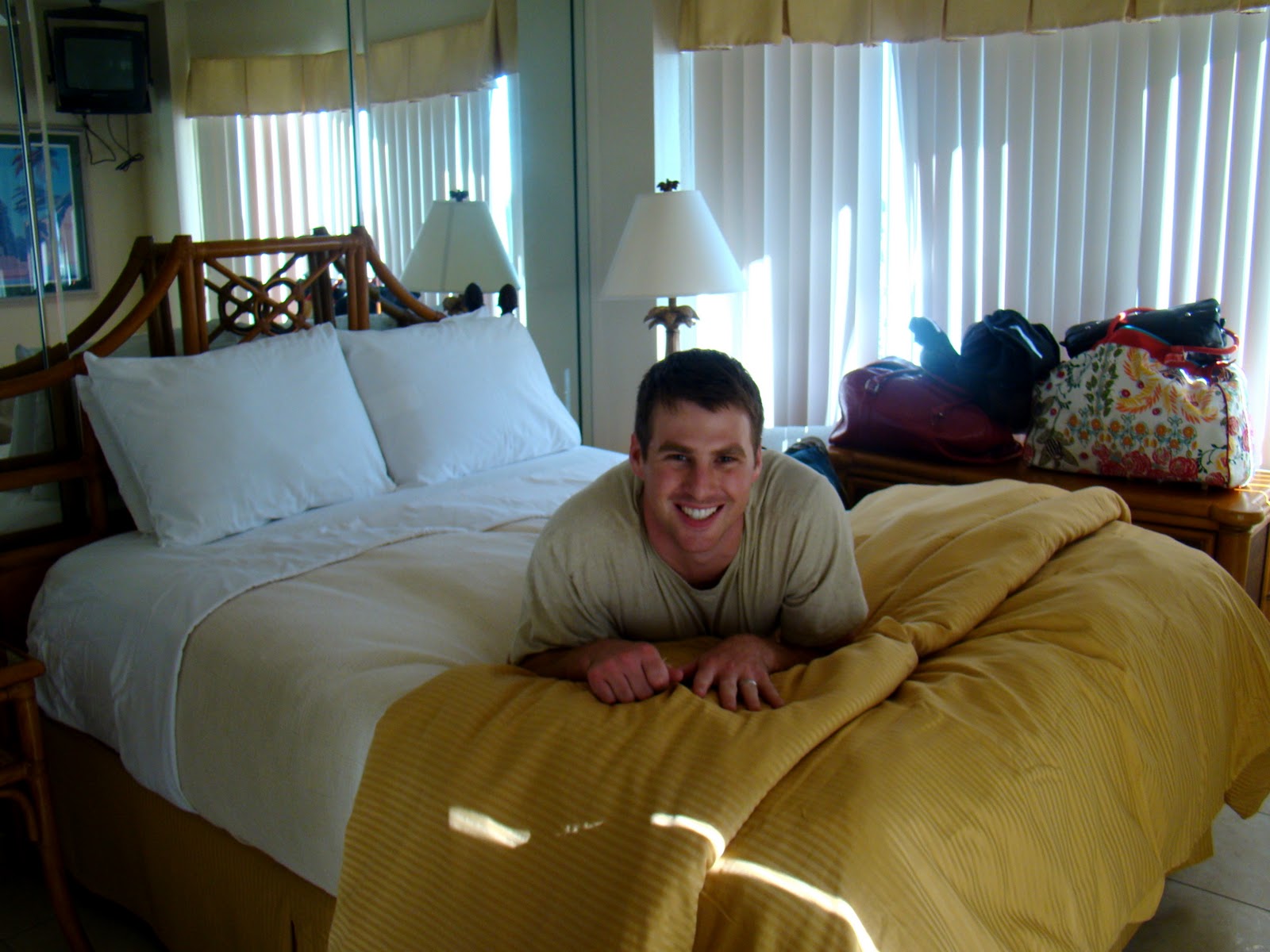 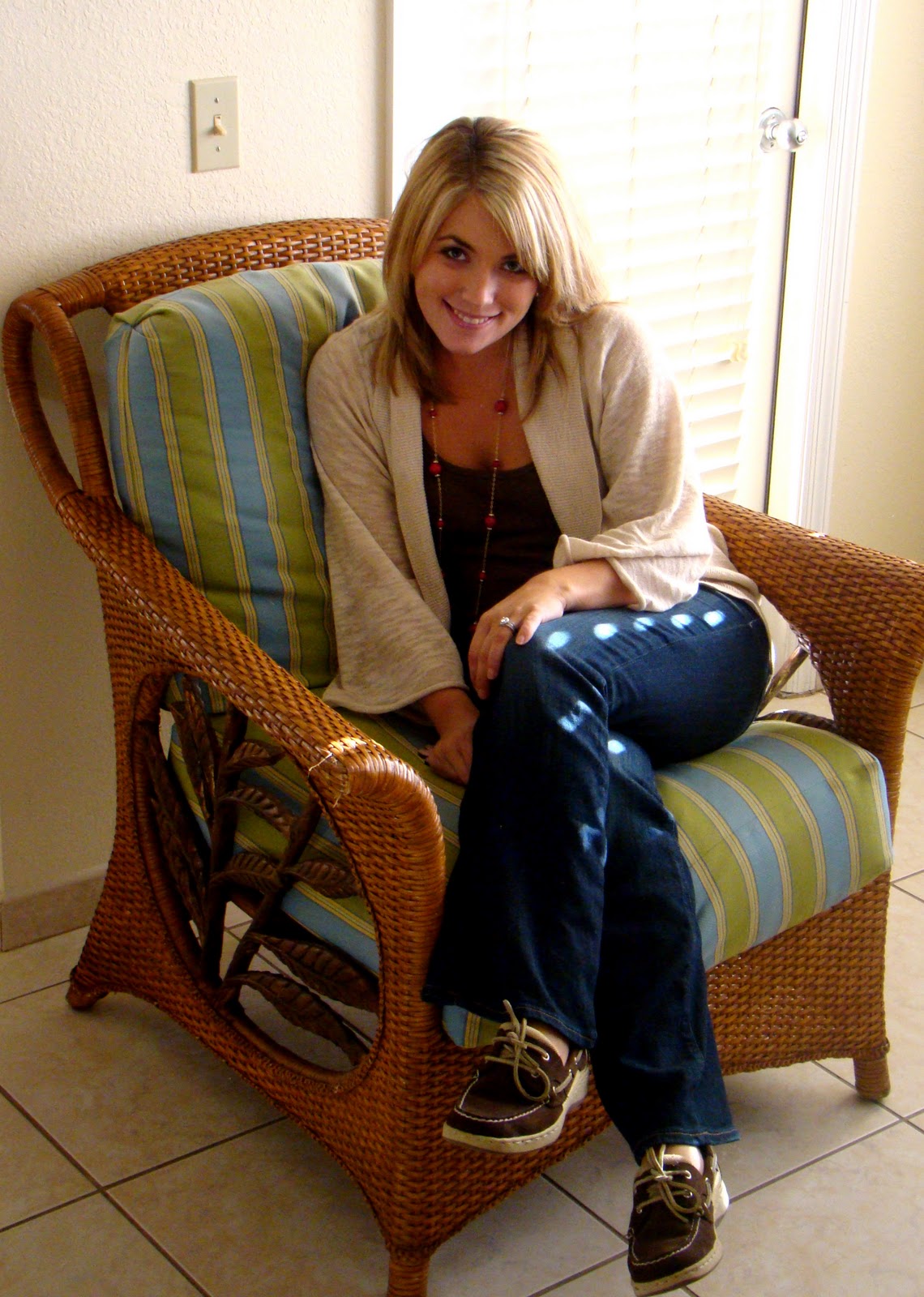 The tickets to the event say it doesn’t start until after the park officially closes at 7:30 but us insiders know that the ticket is actually valid at 4! We headed over and I was PUMPED to de-stress at the happiest place on Earth 🙂 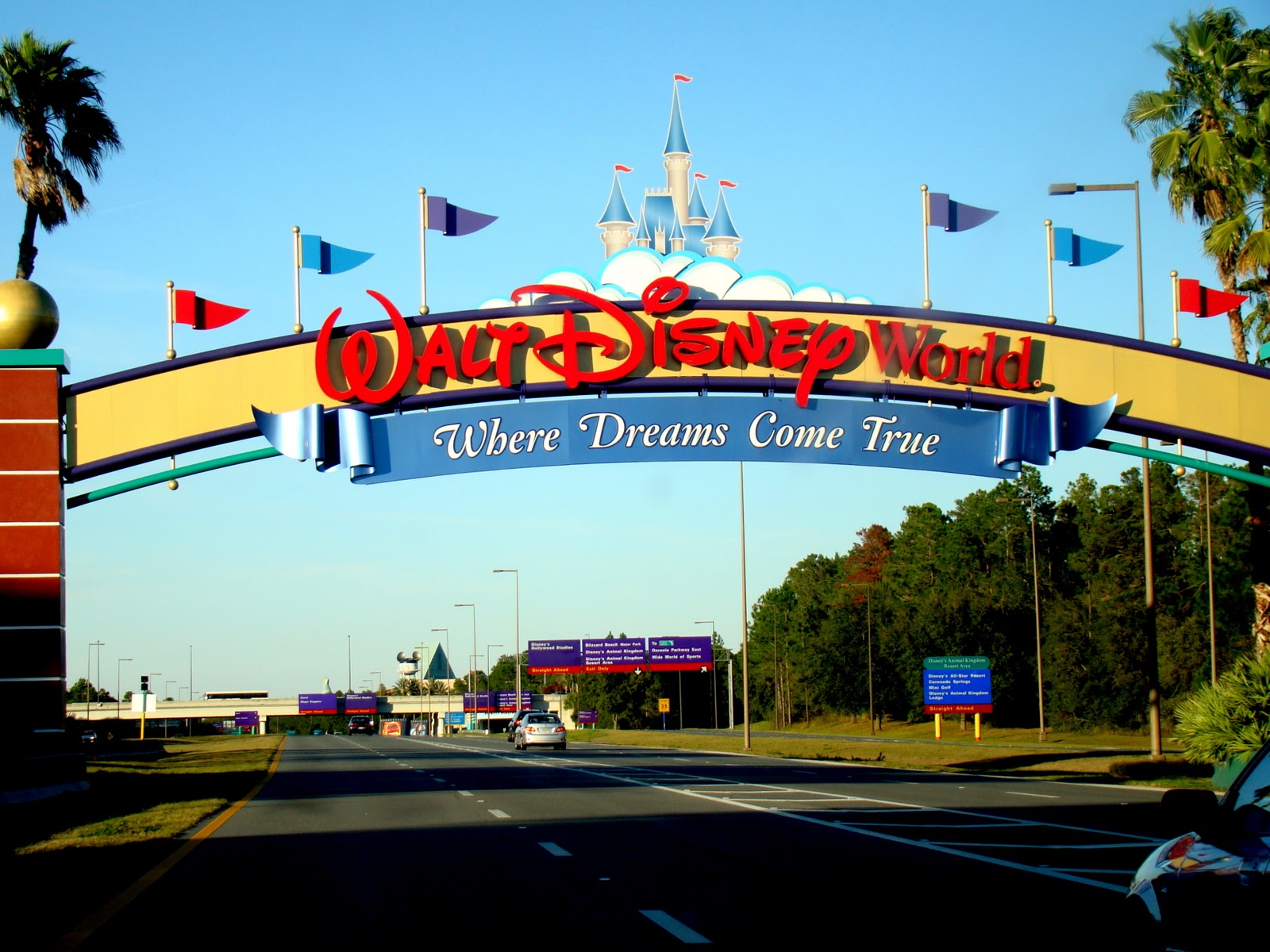 We decided that we’d take a picture on EVERY ride. I know that may sound lame to some people but taking pictures of stuff makes it more FUN I promise! You should totally try it sometime! The first ride of the night? The parking lot tram 🙂 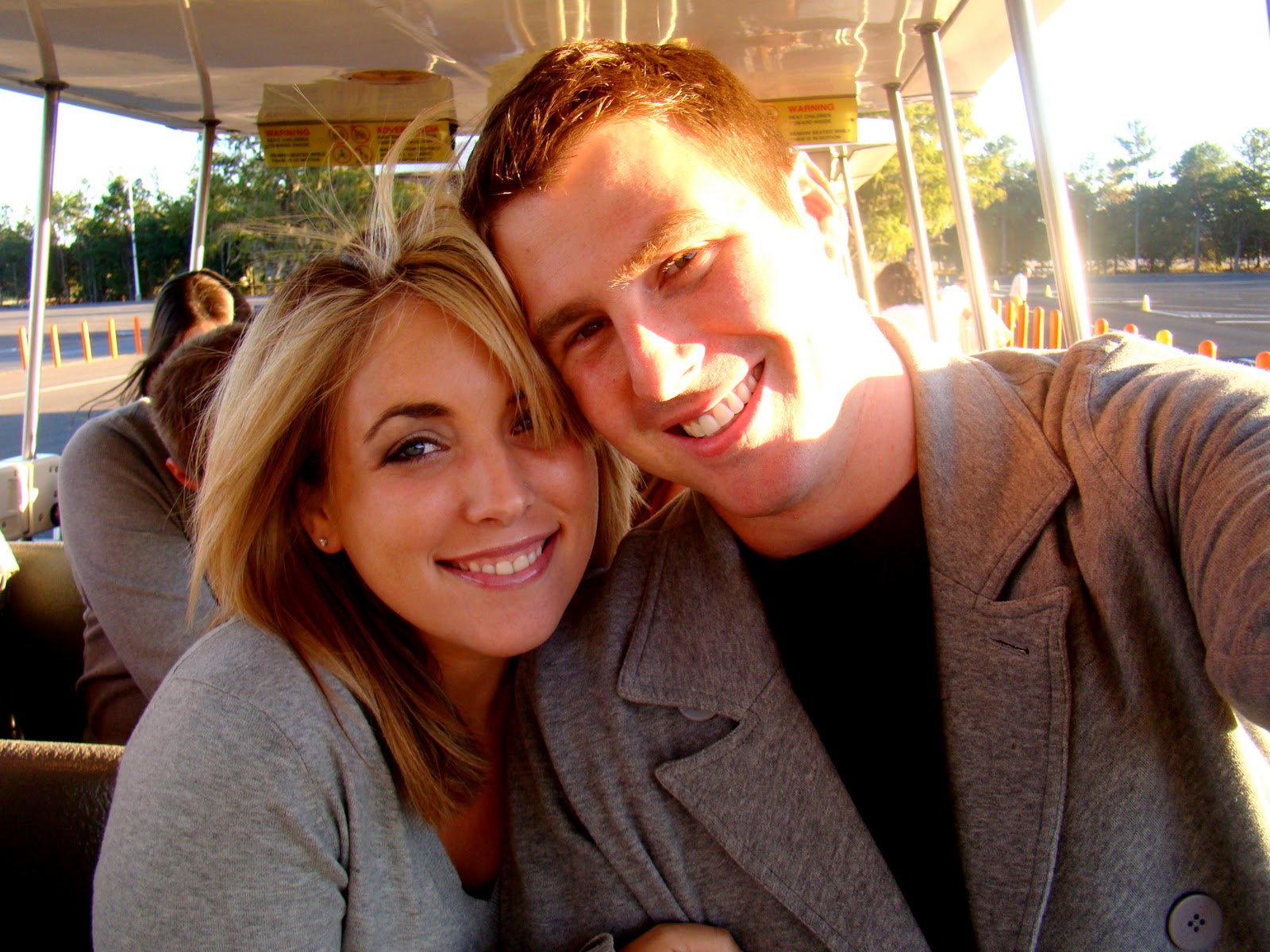 If you’re like me then you have these rare days where you just look awesome. I’d say once every couple of months I feel like I look super pretty and I happen to look good in every picture I take. Guess what? Our Disney night was MY night!!! Zach was also having a hott-picture-taking-day and we took full advantage of it. It made my night all that much more wonderful…plus SO SO many people offered to take our picture together! That always makes for an awesome experience for me! 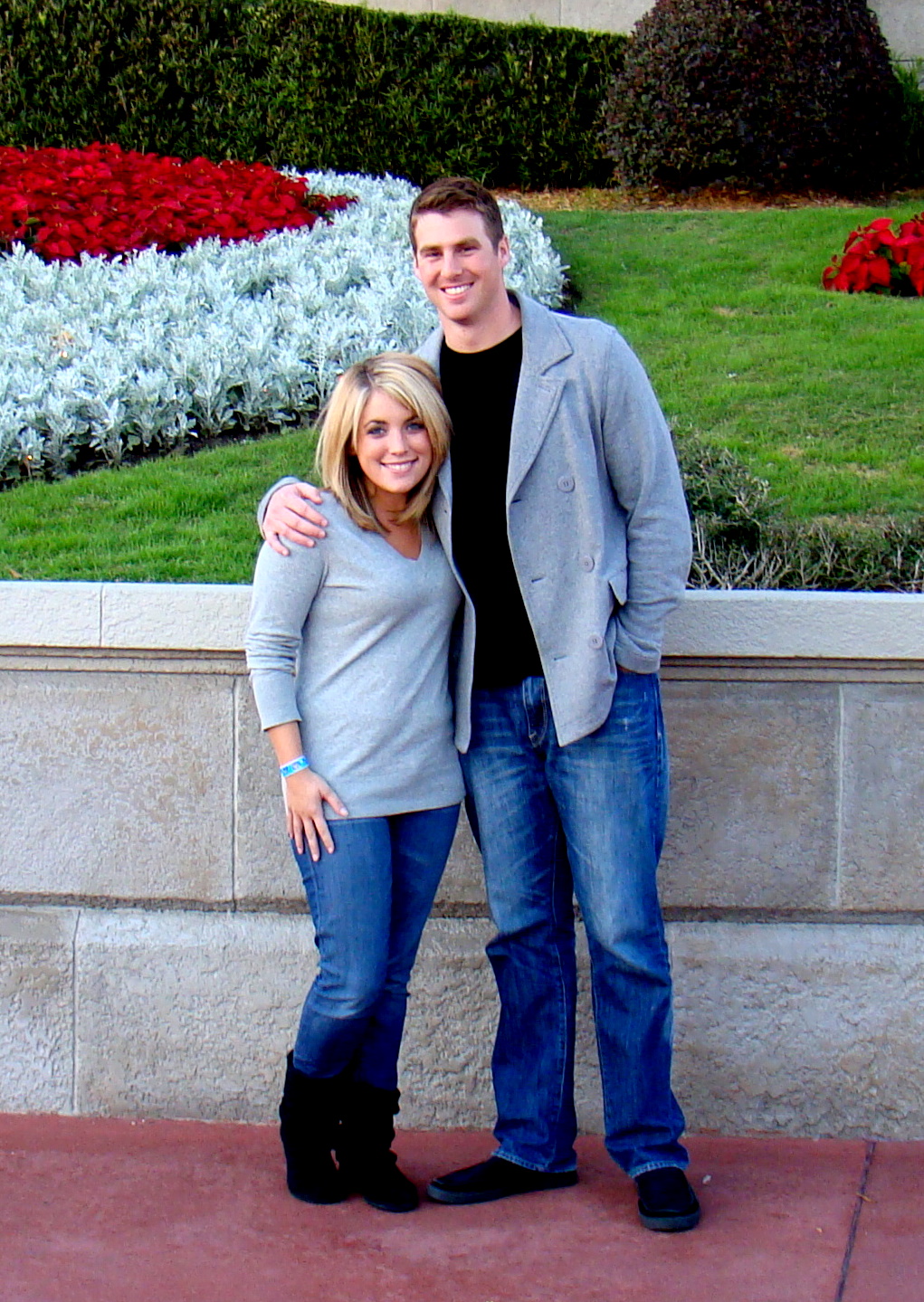 all decorated for Christmas 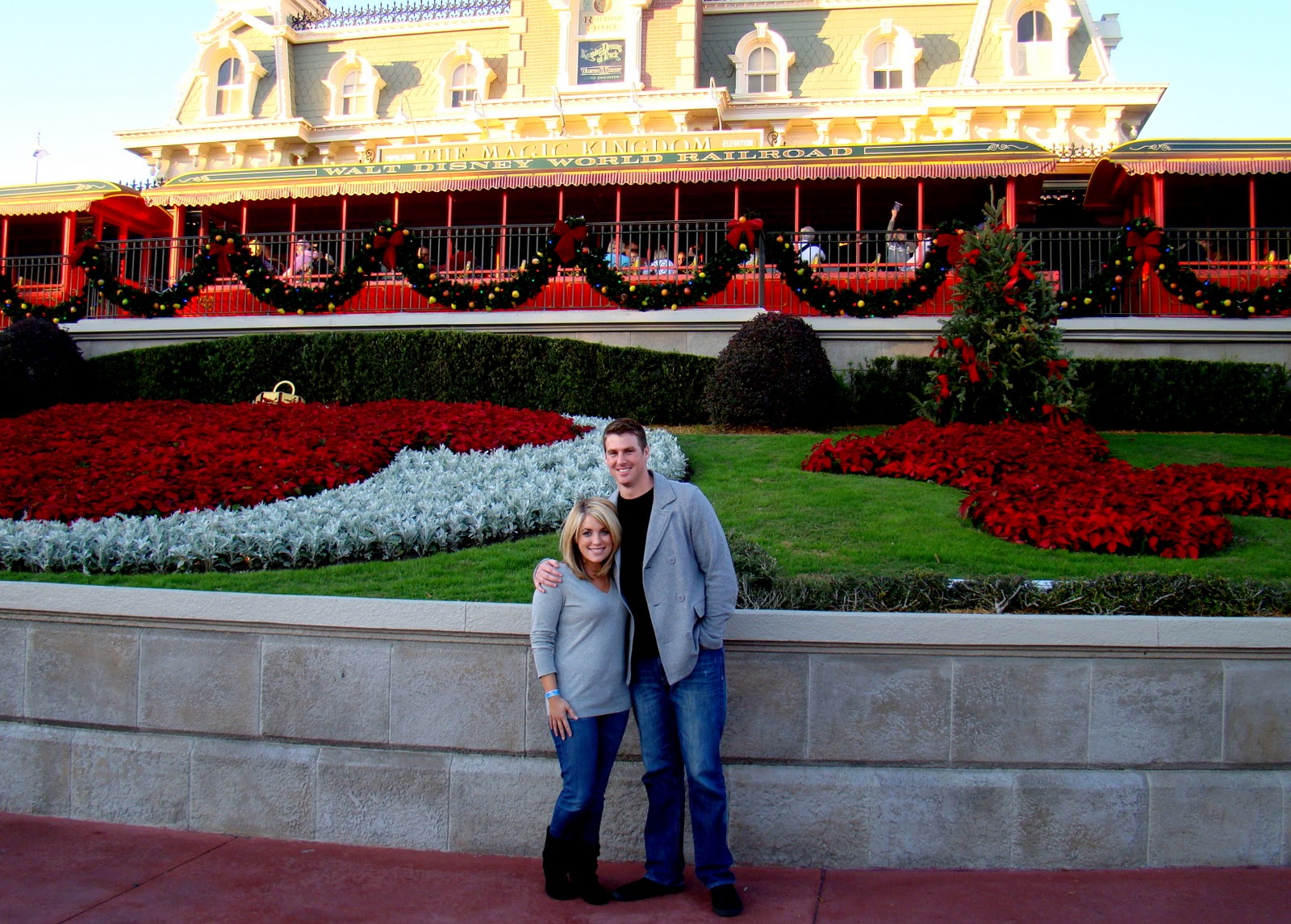 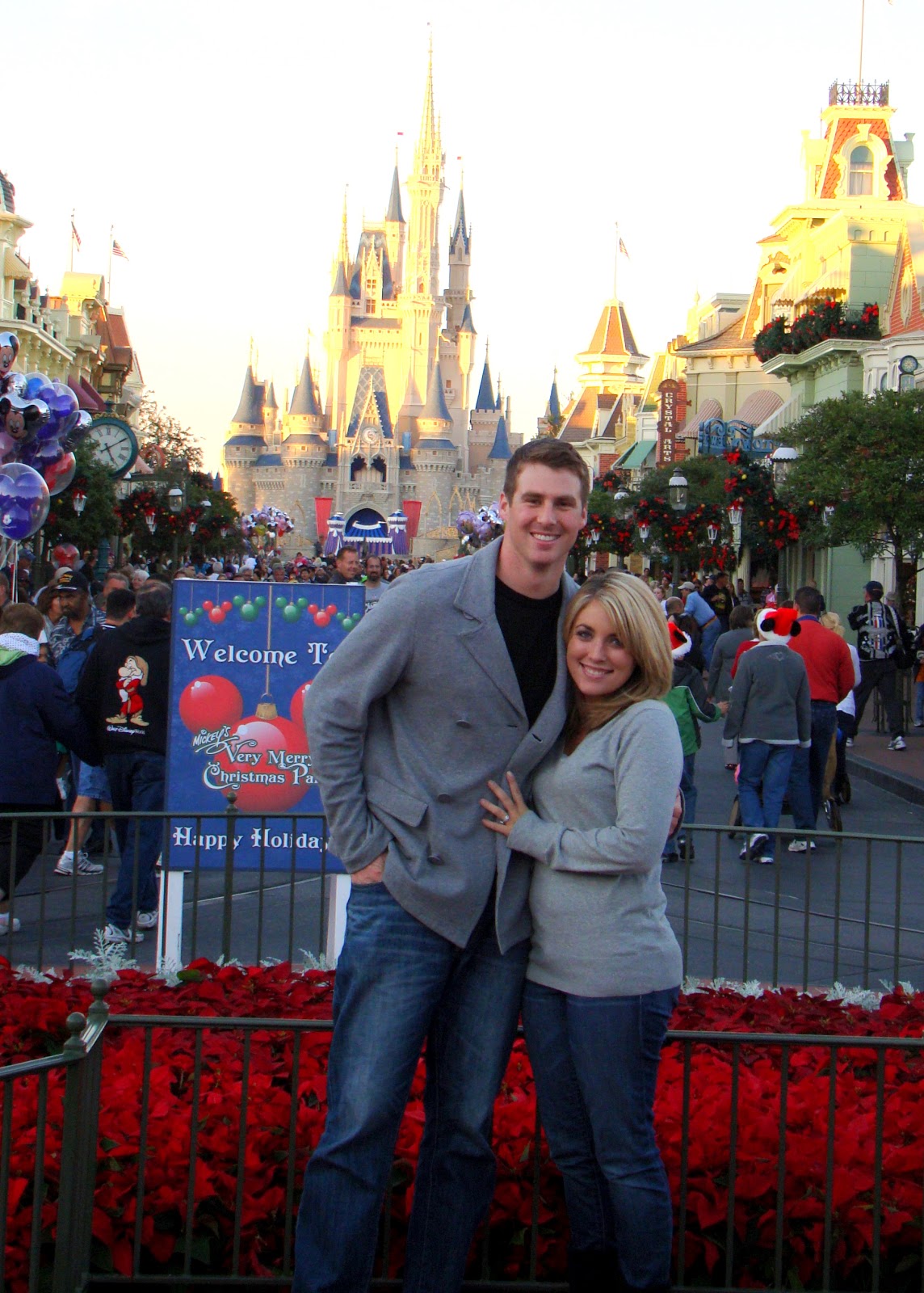 I had zero interest in doing the Swiss Family Robinson Tree House but Zach said it was his favorite as a kid so we did it. It made me break a sweat! The whole night I couldn’t help but think about Kye and started to mentally plan our family trip out in my head. Kye won’t be doing this “ride” as it’d take him a million years to climb all the way up that thing!!! 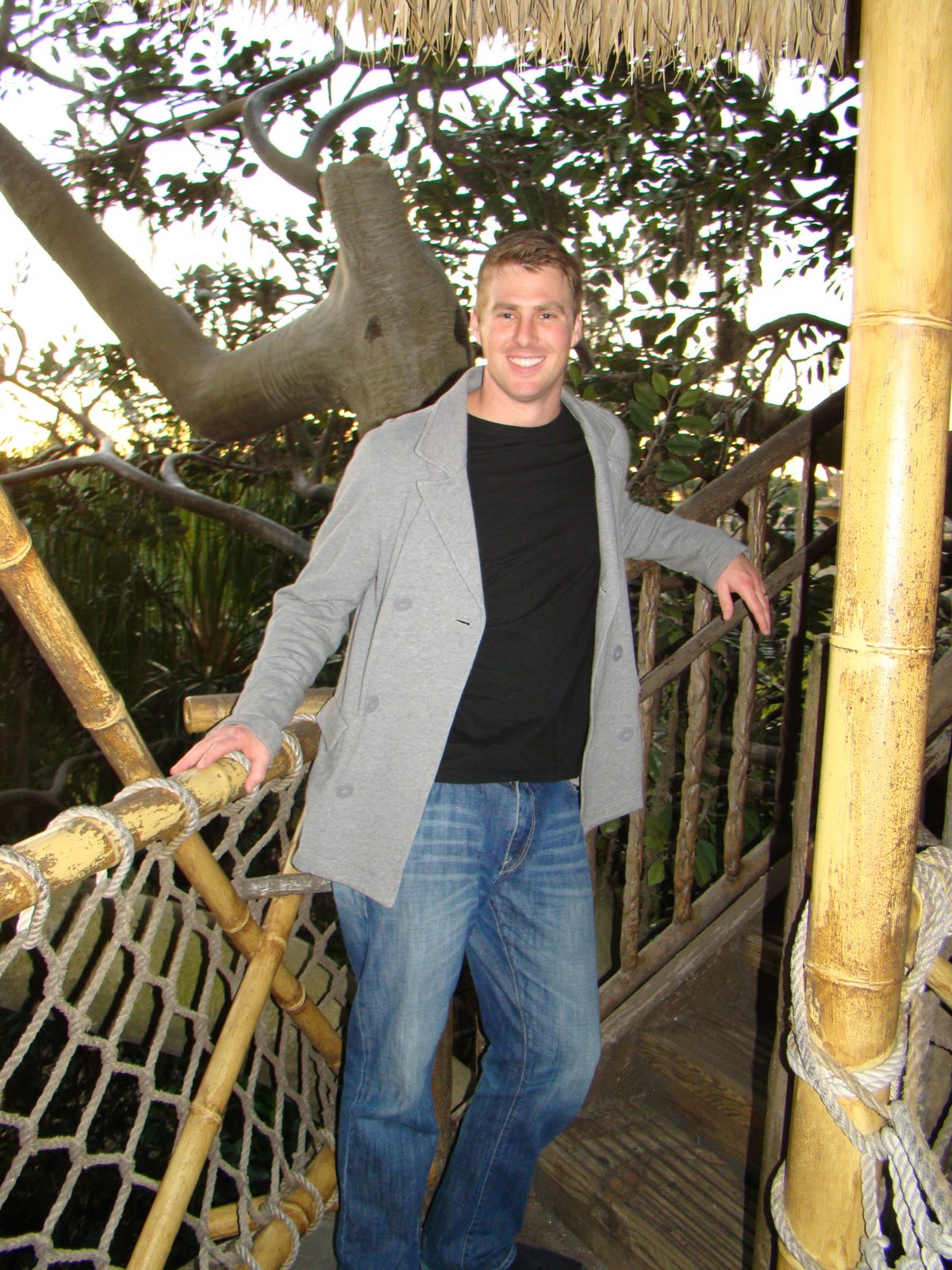 Kye WILL be doing the Jungle Cruise. Yes, the cave is scary but I think he’ll LOVE the rest of it. Plus Zach and I really love this one. It’s hilarious and it’s always fun to get different tour guides and see their senses of humor. We made sure to ride it before the park closed because it was one of the few rides that wouldn’t be open that night (for obvious reasons…like the dark…) 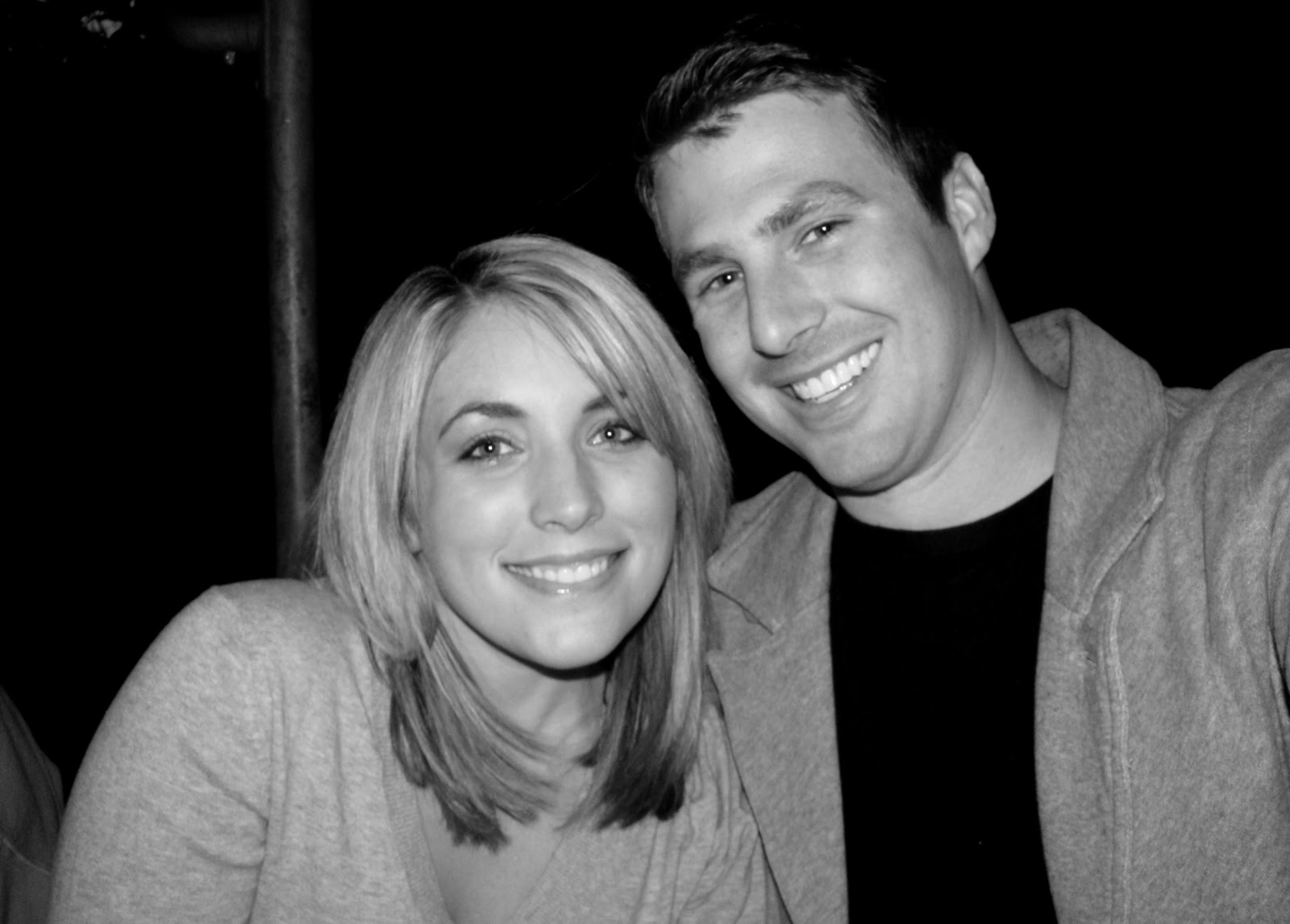 pumped for some Tiki Room! 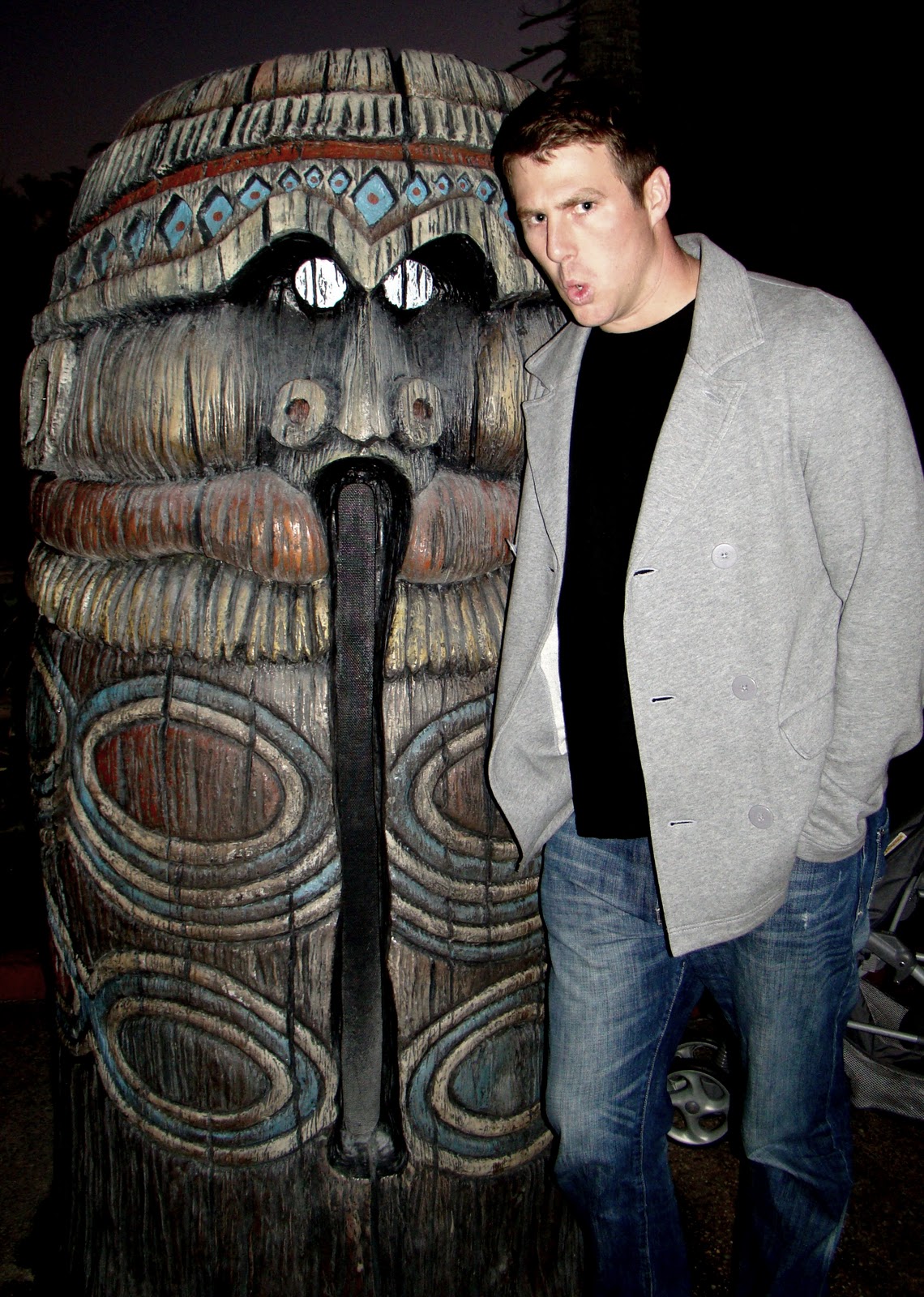 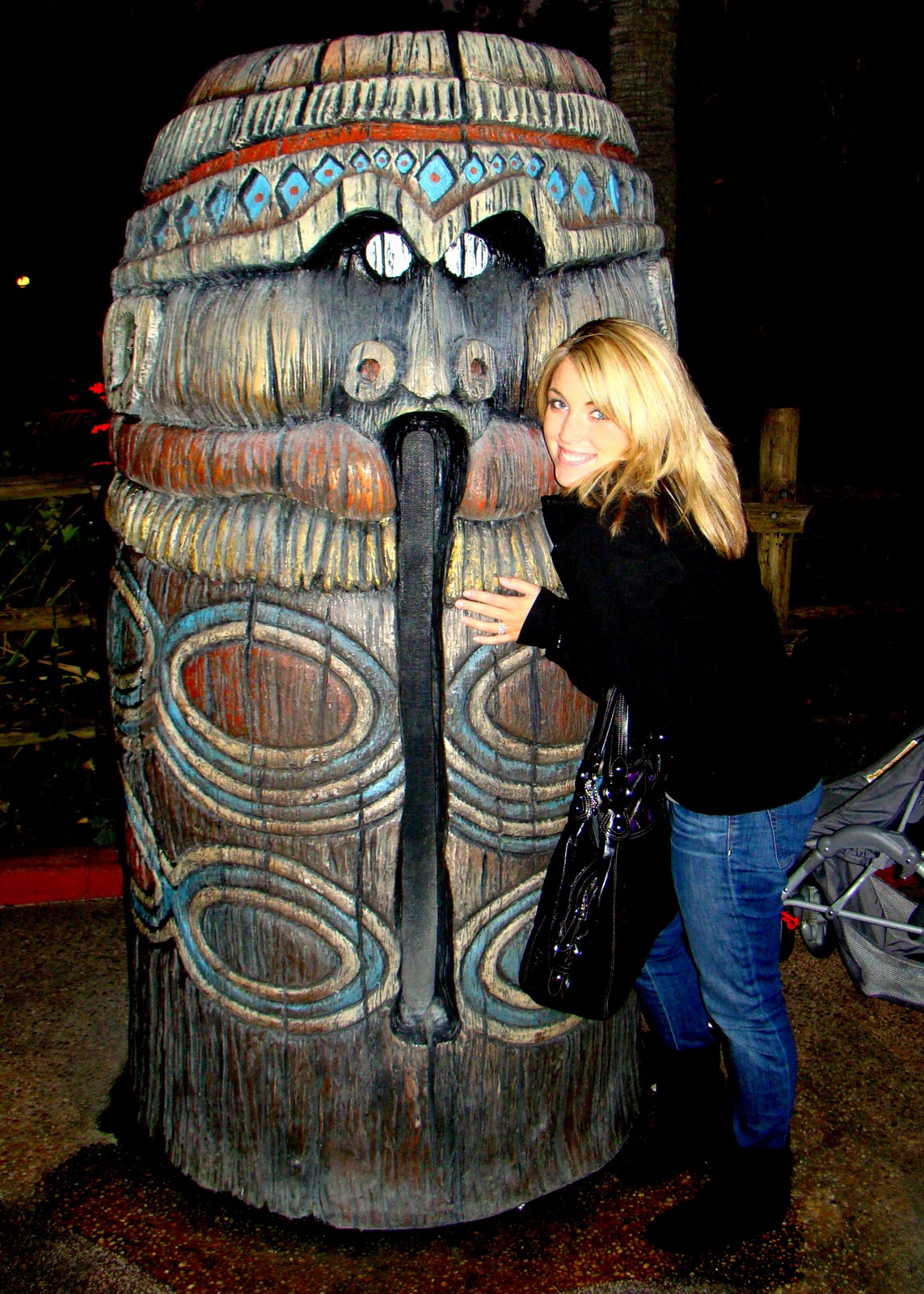 I know most people hate the Tiki Room but it’s one of my all time favorites. I think the reason is because waaaaay back in the day my brother and I went together to Disney and we’d always get the song stuck in our heads. It’s too catchy not to and you know when you sing a song over and over you can’t help but to love it? That’s what has happened with me for the Tiki Room! I have heard rumors that it’s closing down in 2012 so I totally am making sure Kye gets to experience it when we come next year. I’ll be sad to see it go 🙁 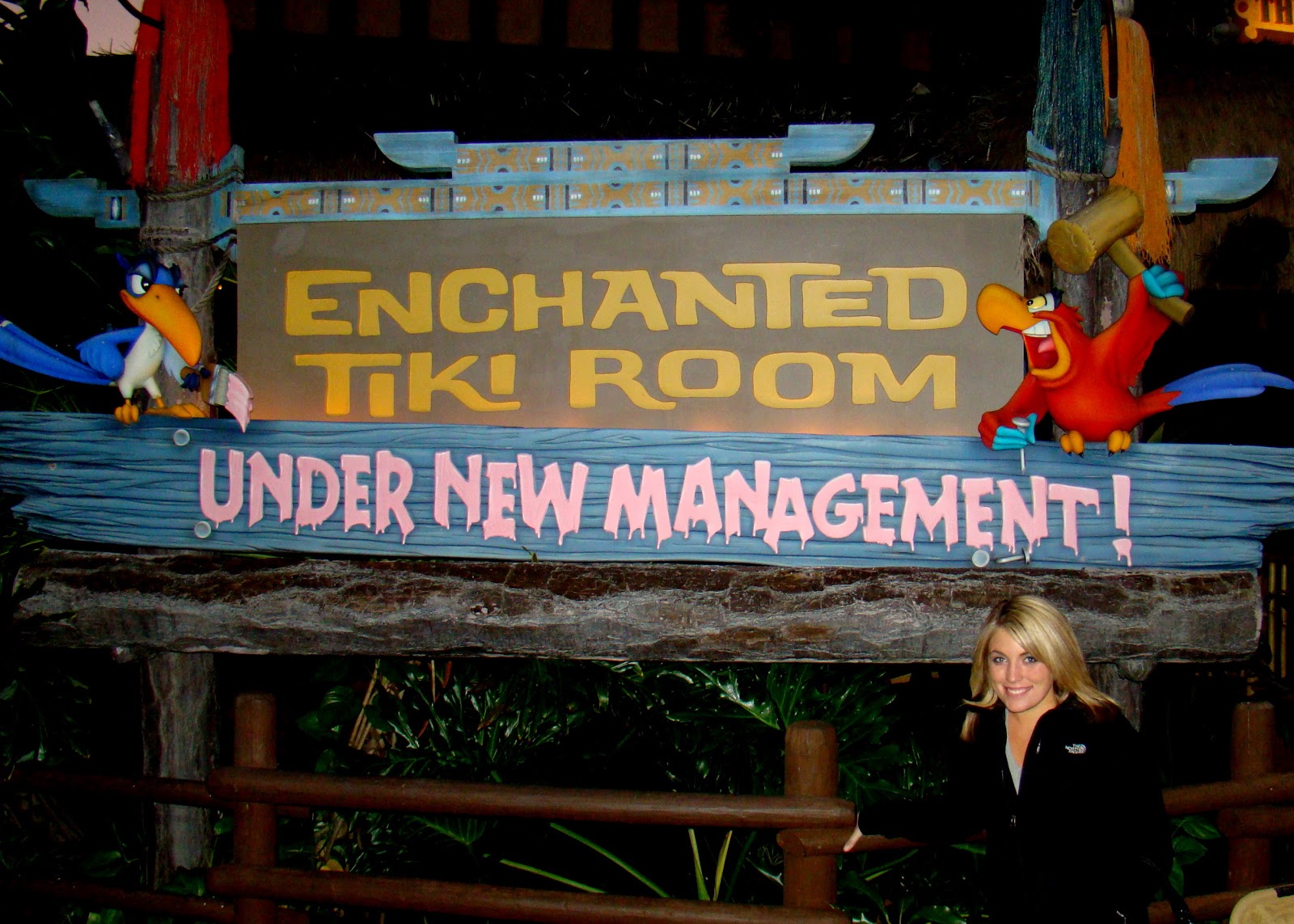 One of Zach’s favorites is Monsters Inc Laugh Factory. It’s HILARIOUS and even I think so! We love how they call people out in the crowd and I think we both secretly wish they would pick on us. There are a few rides at Disney that we love so much we will ride them over and over again and this is one of those rides. It changes each time you go to it so that makes it always fun and Kye will love it! 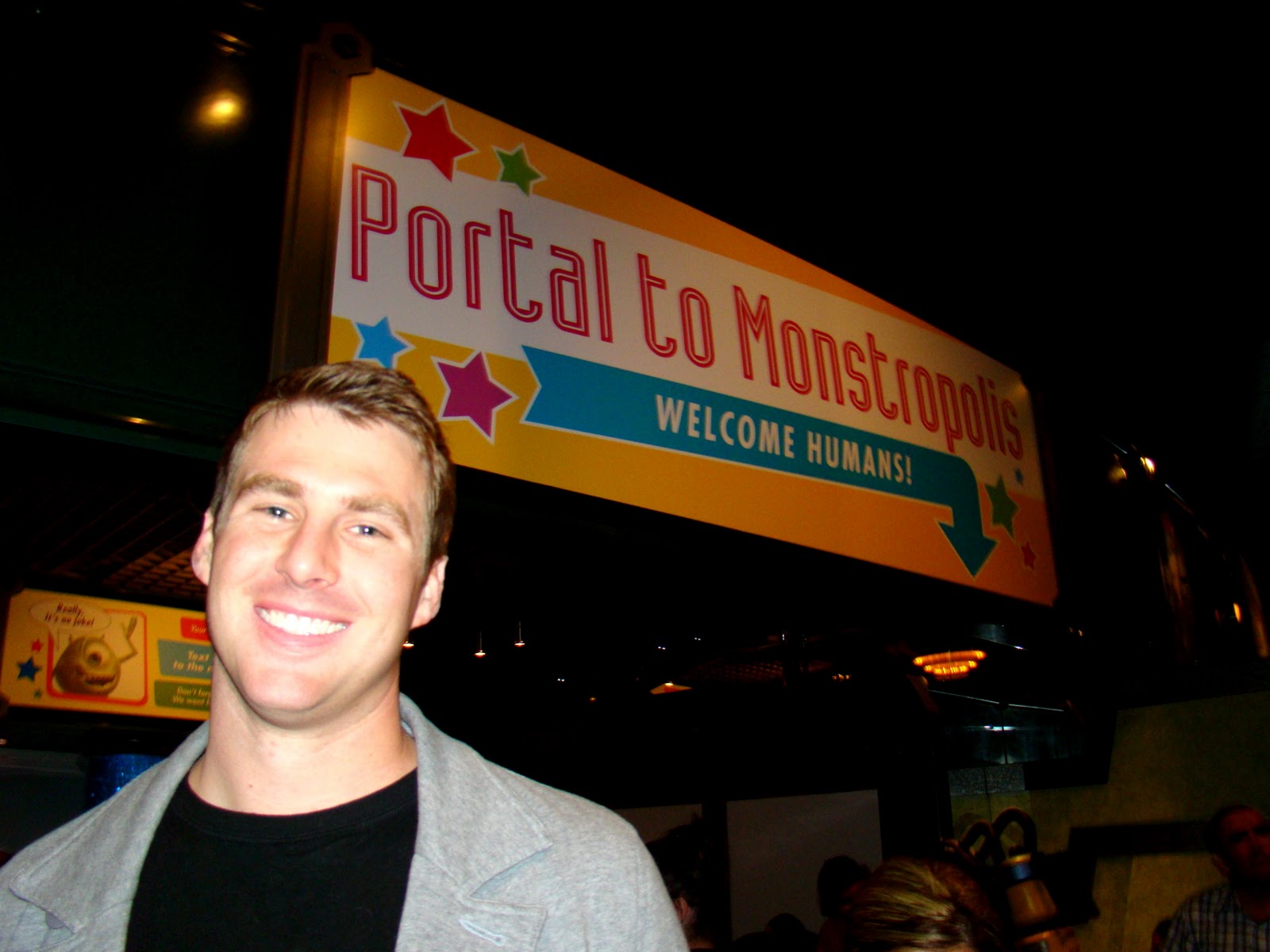 Can you guess which Magic Kingdom ride is Zach’s true favorite???? Yup, Buzz Lightyear. It’s the only really interactive ride at the whole park and we ride it over, and over, and over each time we go. It’s fun to challenge each other and see who will win. It’s usually Zach but I have gotten the high score before!!! Zach is PUMPED to have Kye try it out, but I honestly think it’ll be too hard for him to enjoy it…we’ll see though! 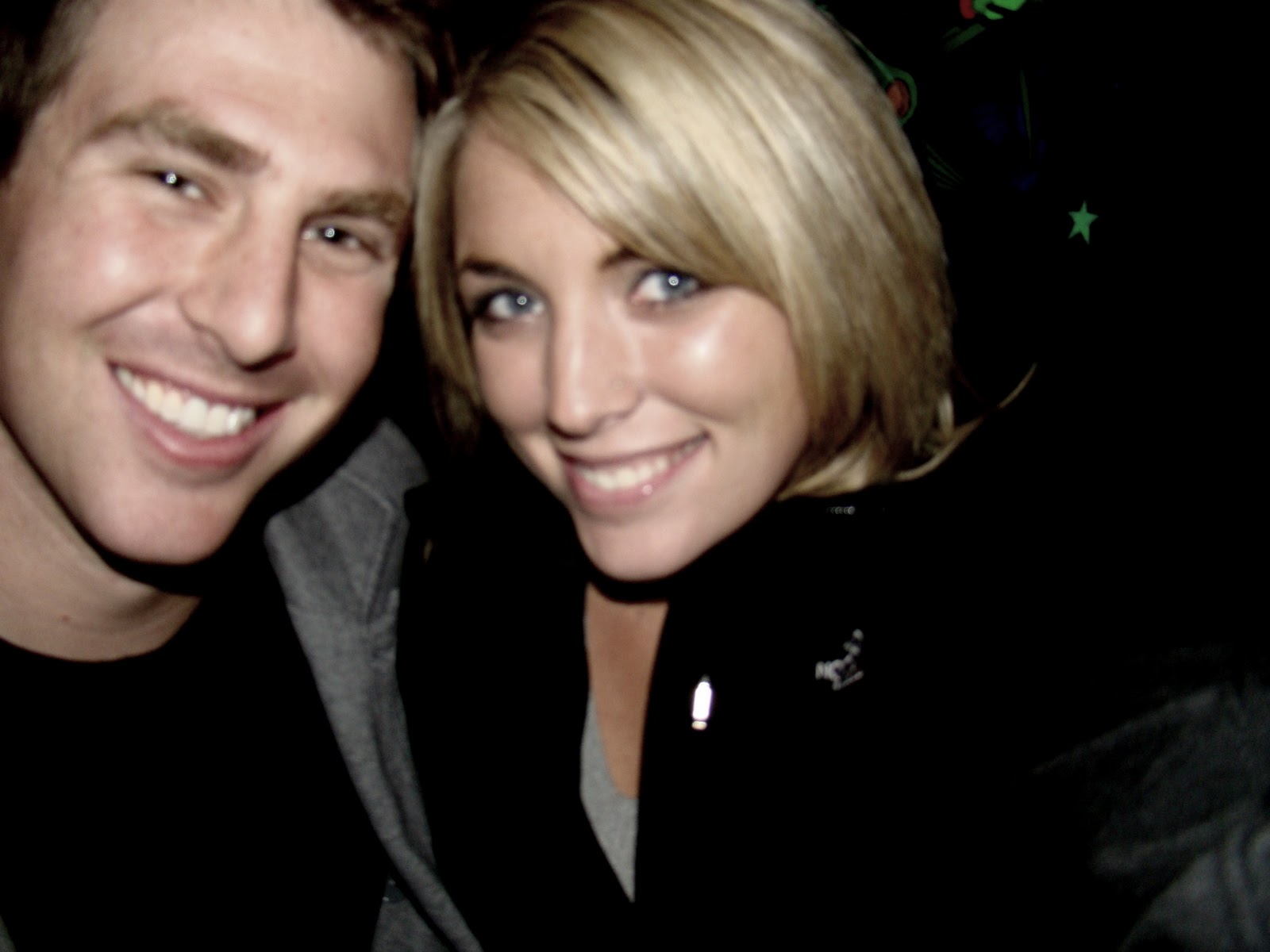 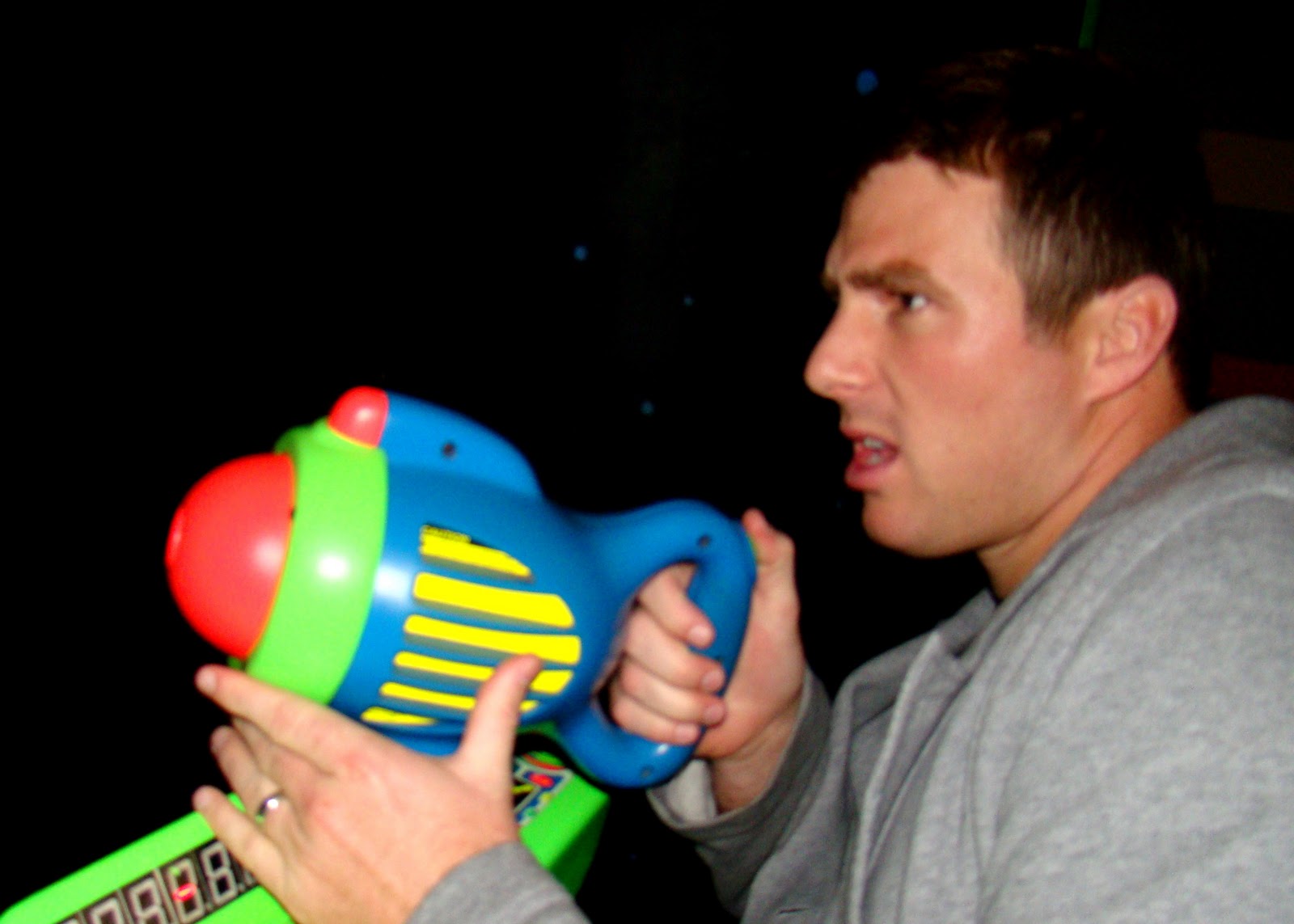 my concentration face is very much like my pirate one 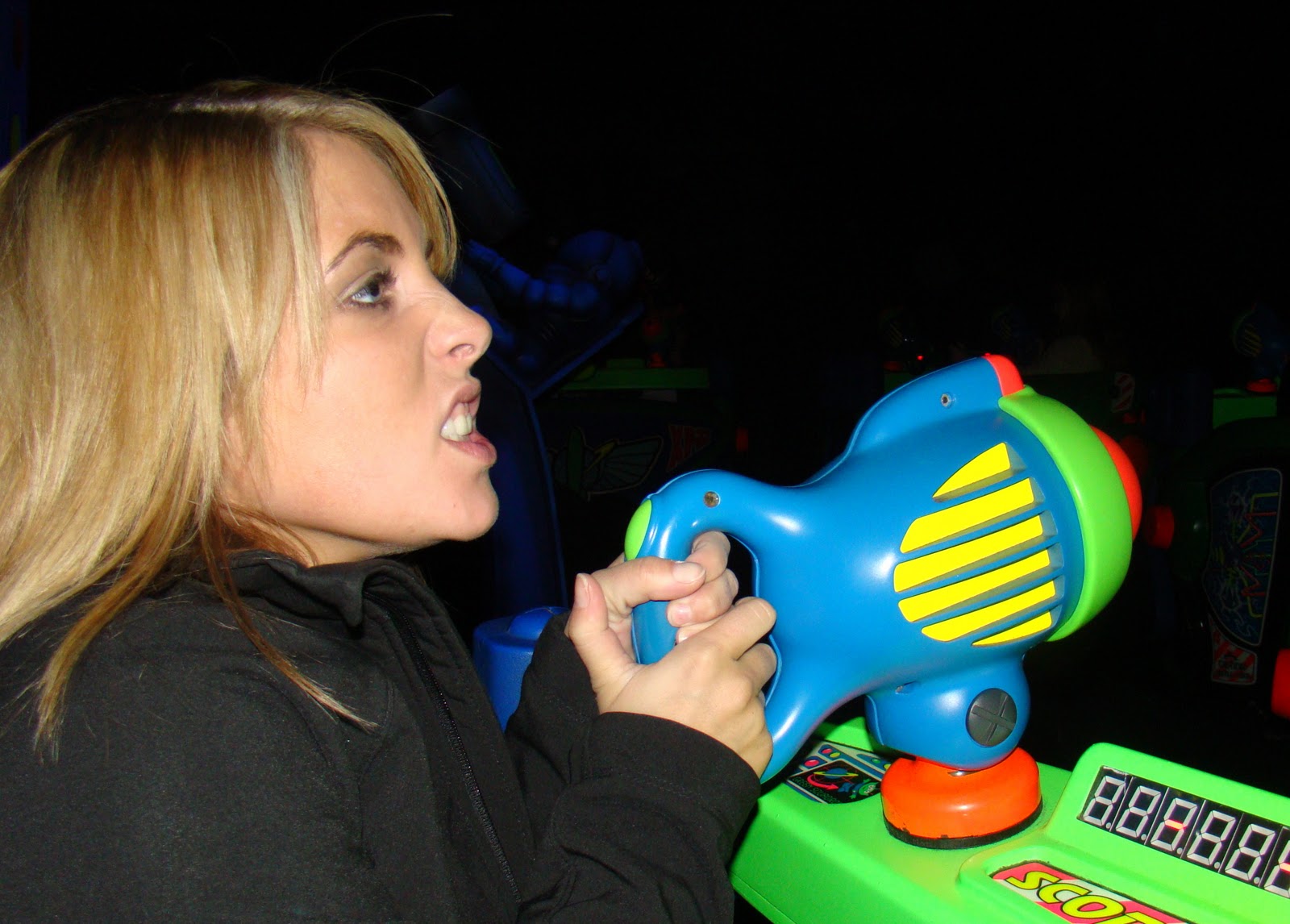 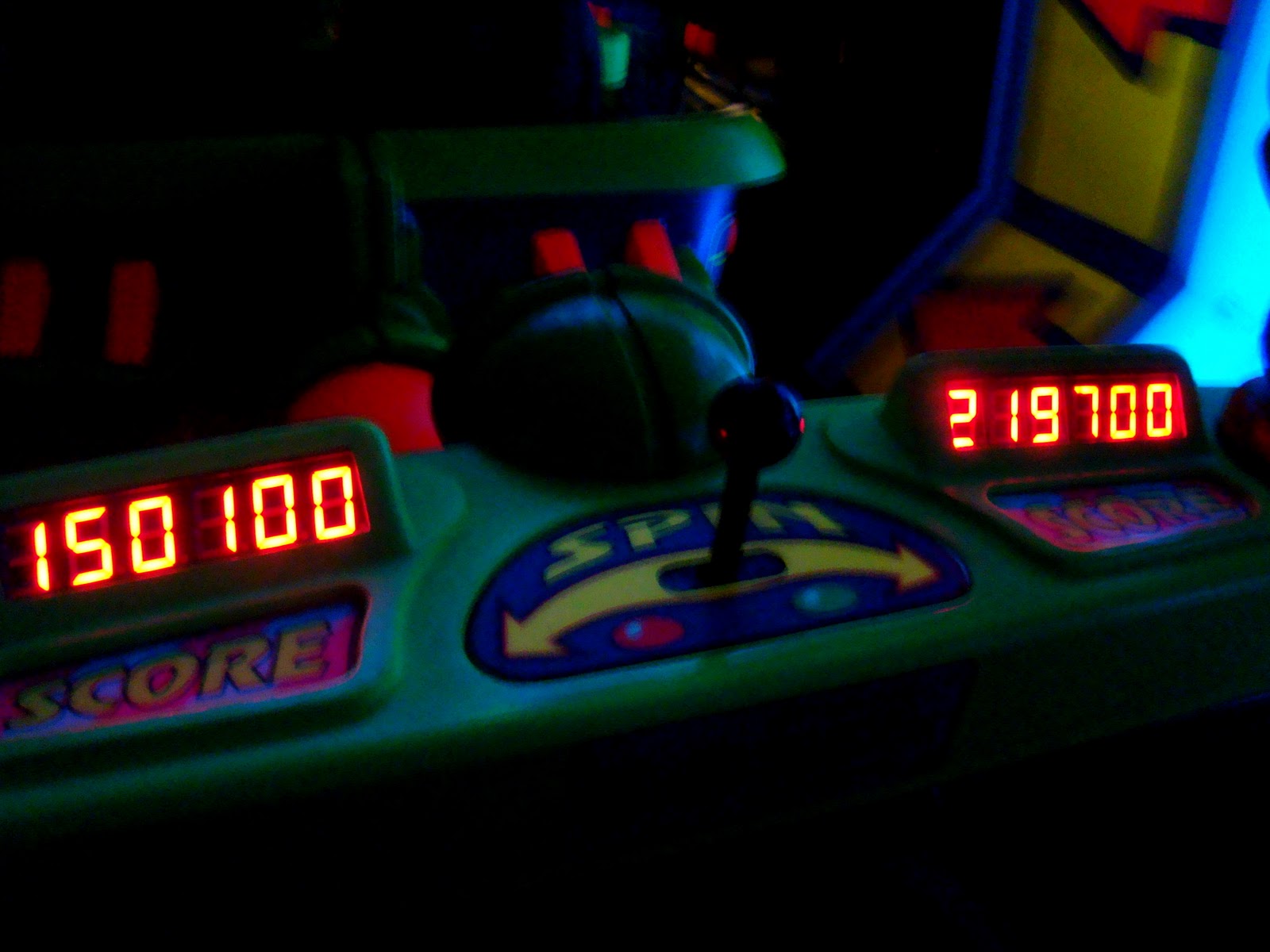 Since we were having such a “hott night” and since we took a picture at each ride, I did you all a favor and spread out the love a little bit by splitting this into two posts 🙂 So Part II of our Magical Christmas Event is coming up next!