In case anyone out there didn’t know it, ESPN’s Sportscenter named Valdosta, Georgia Titletown USA! The main reason? The crazzzzzzy high school football down here. It’s pretty outrageous if you ask me. A bunch of hardcore high school football fans who sport their high school letter-man jackets and high school class rings until they are like 80. Strange, but you know the saying…when in Rome!

This year with Cole, Zach’s cousin, the starting quarterback for Lowndes we tried to go to as many home games as we could. The day after we got back from Cancun was the biggest game of the year. Two local schools battling it out. The stadium is seriously packed more full than many D1 college football games and the fans are nuts. You can find plenty of fist fights during one of the games and people even scalp tickets!

We had to work pretty hard to find three tickets but Ashley really wanted to experience the big game and we lucked out and got three together! The game started at 8 but some people showed up as early as 3:30 to get ready!!! We went out there at like 5:30 to tailgate and the parking lot was already full!!! 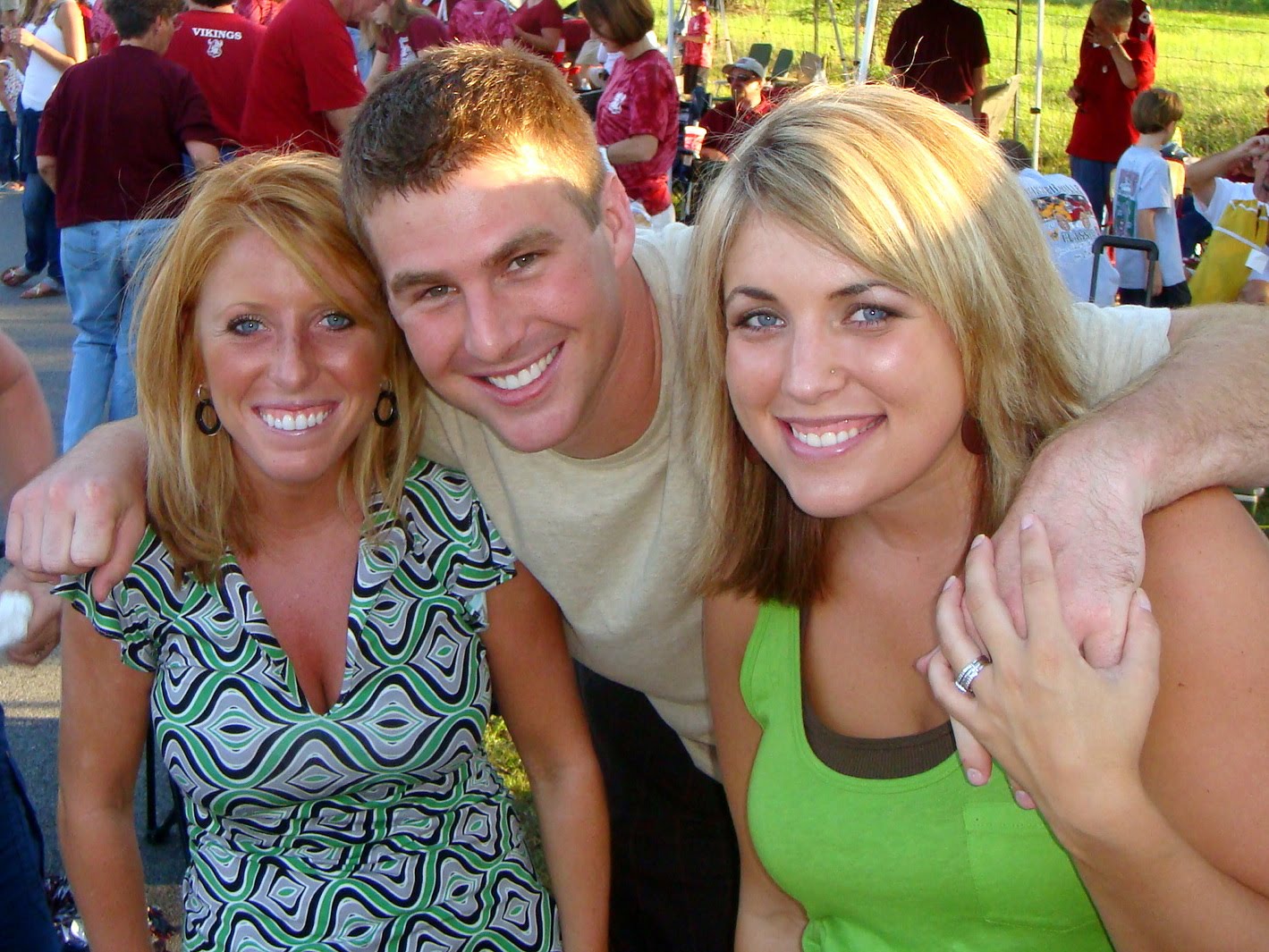 Big Daddy and Little Mama have been season ticket holders FOREVER and go every Friday night regardless of any of their children or grandchildren are playing in the game. They have a little section of the stadium where all the Parker’s sit and they get the same season seats every year. The LIVE for this junk down here!!! 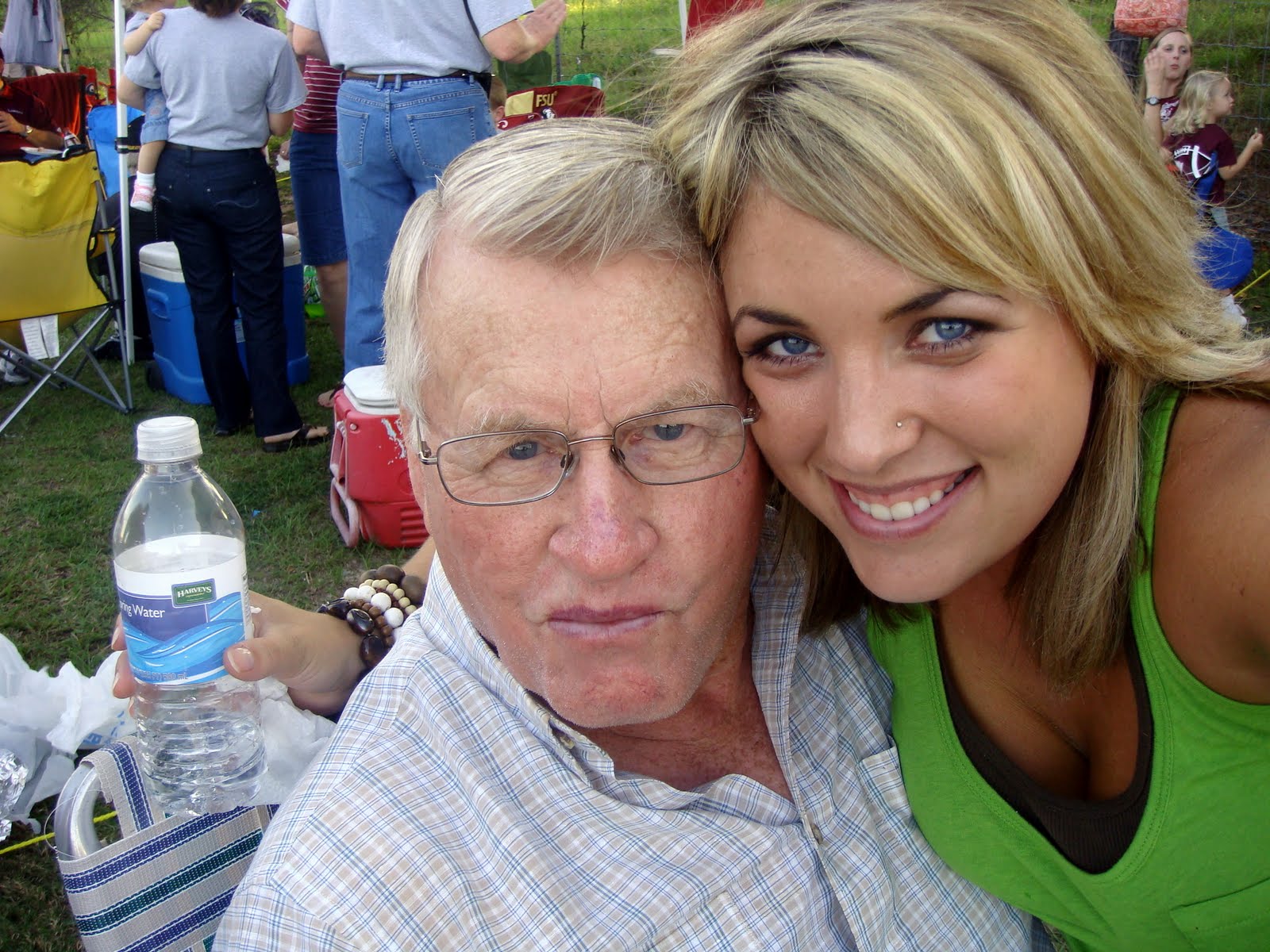 People are very serious about their high school football and it is a really neat thing to see. Ashley hasn’t ever been to a big football game other than VSU (which is NOT big! People love the high school but don’t much support the college which is not cool) so she couldn’t get over it. Local vendors make shirts for this game and almost everyone is wearing their team colors. All the younger kids (high schoolers and down) were decked out in full on paint! 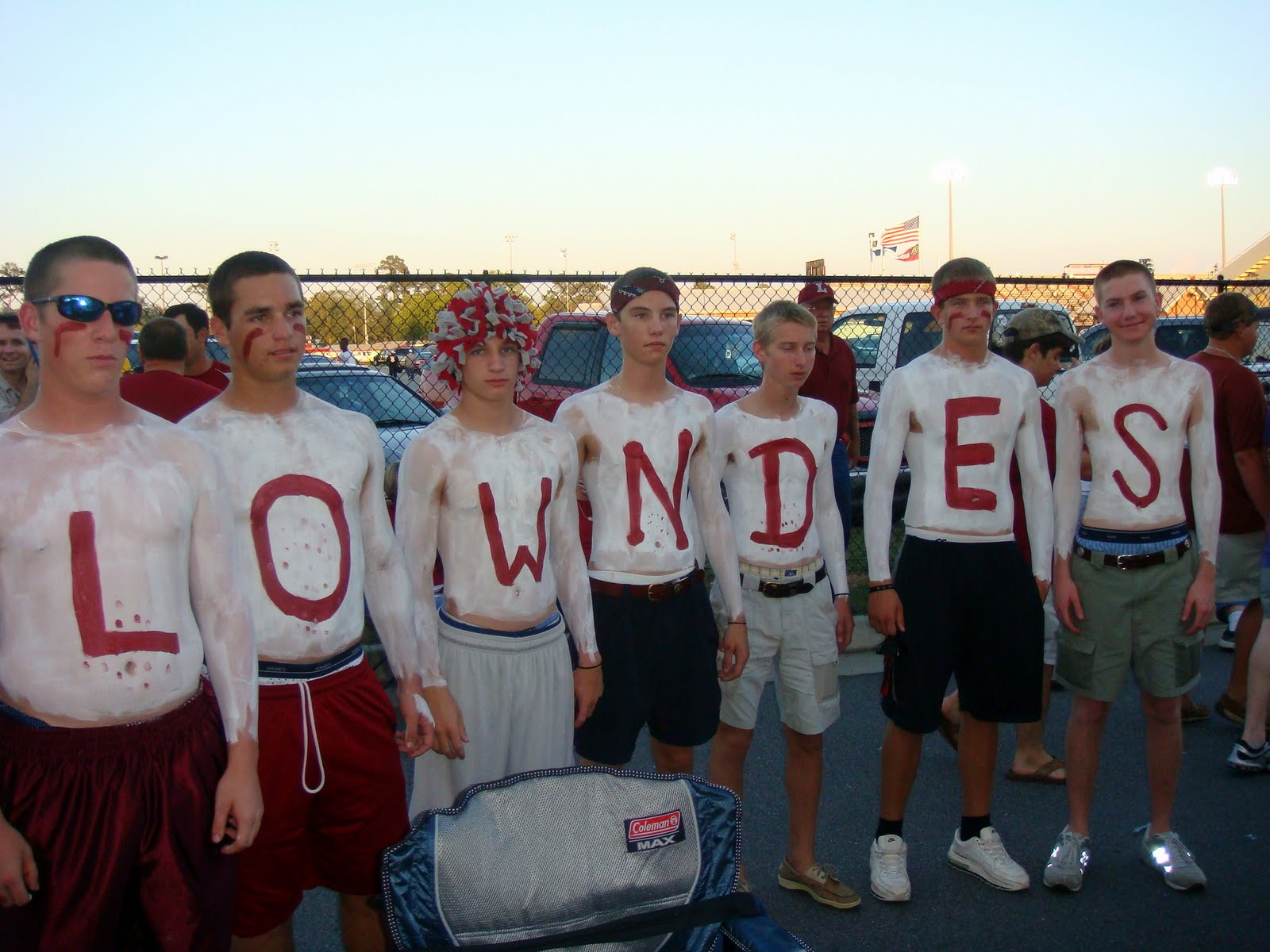 We had a good time tailgating with the family…Zach and Aunt Karen got a little too giddy and Zach poured a ton of water down her shirt!!! Luckily it was early Oct but still HOT in Valdosta! 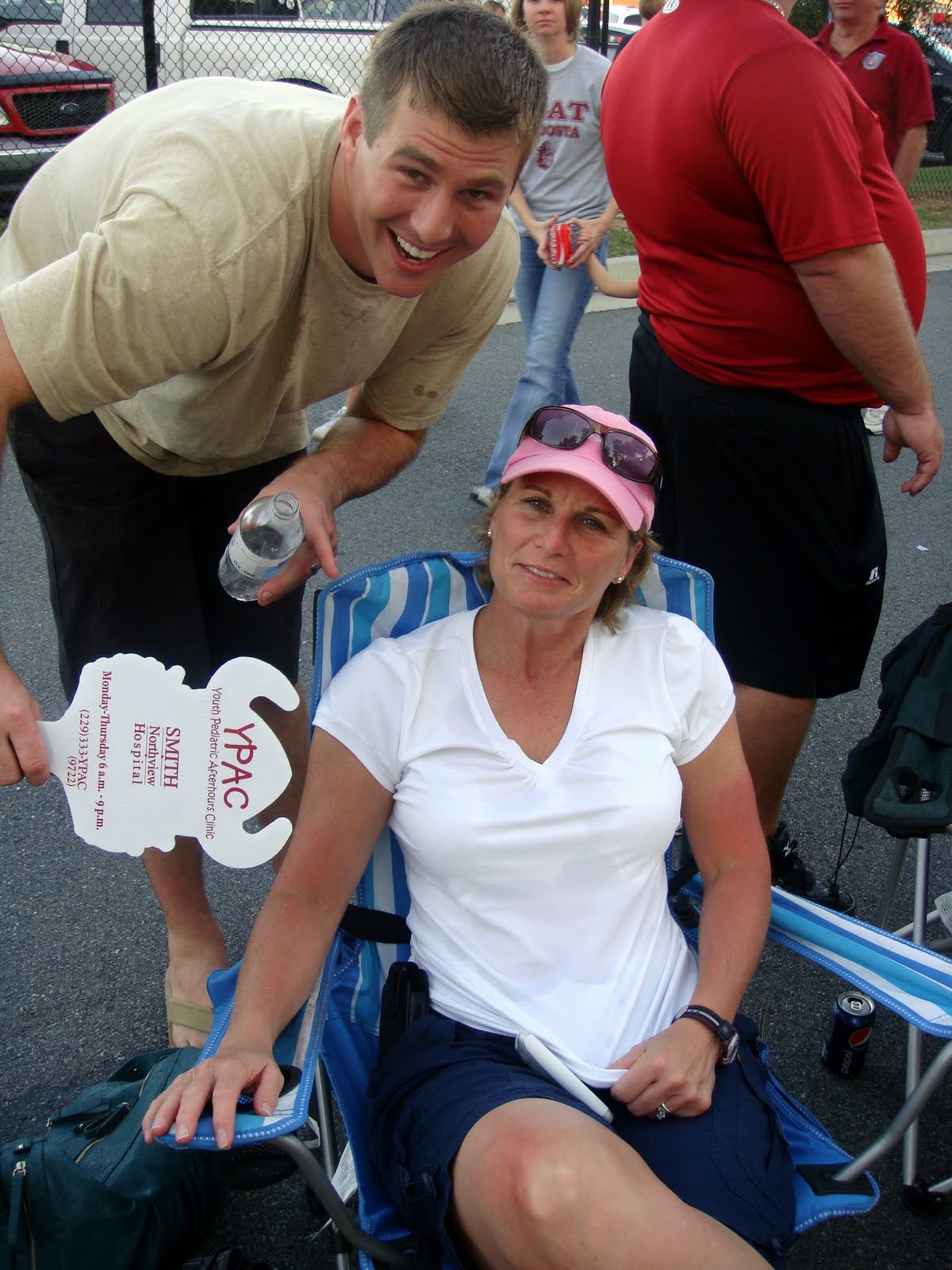 Before going in the game Zach was actually able to trade our tickets (which were on the Valdosta side) for some on the Lowndes side so he scalped the Valdosta side ones and made our money back! People were grabbing those things up like crazy time. He probably could have asked a LOT more for them and made it!

Right before going into the stadium 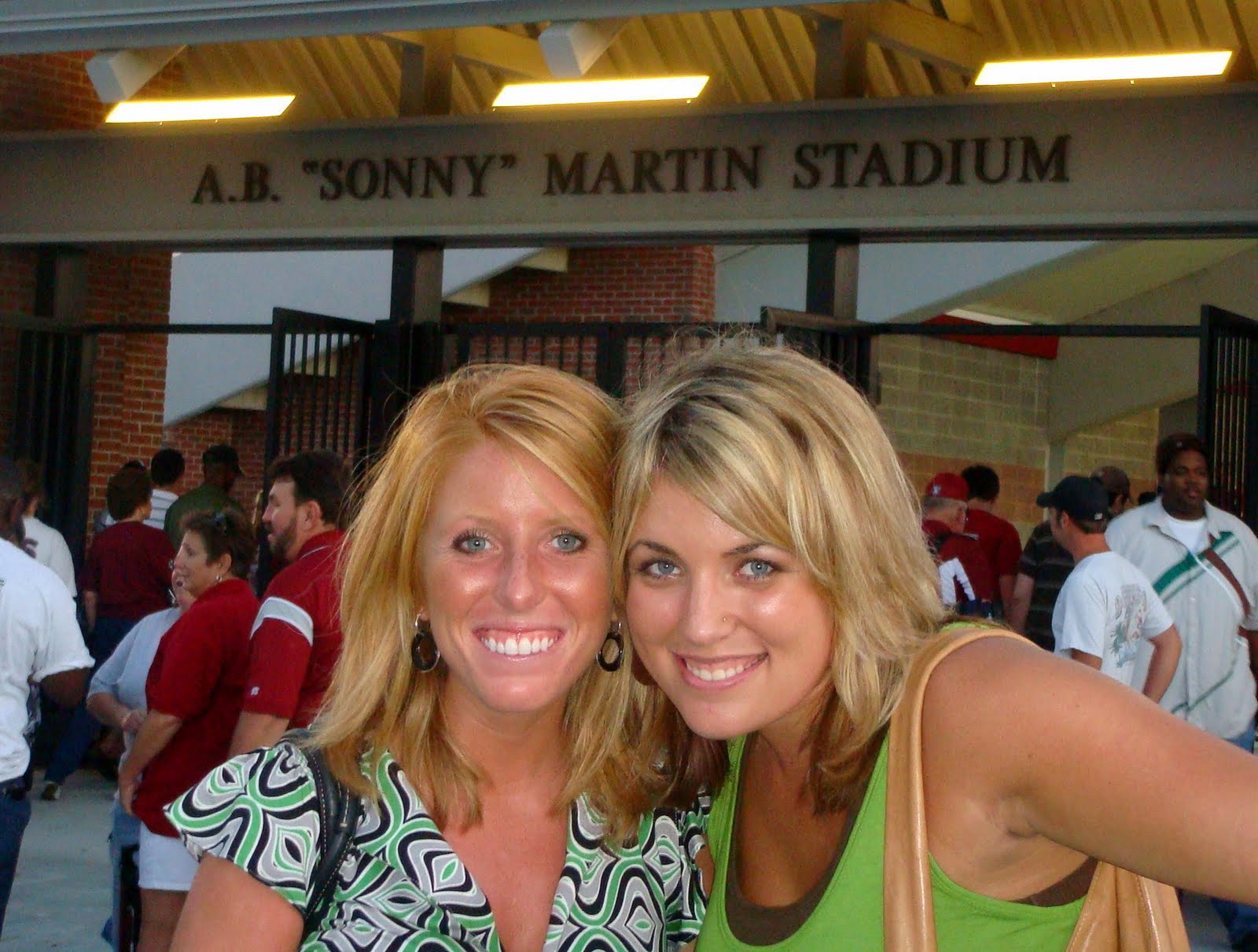 There isn’t an empty seat in the house for this game and you pretty much have to stand the entire game if you want to be able to see anything. Mr. Rusty and Uncle Steven actually watch the game from the stands and wear little head phones to be able to hear the game over the radio. Haha! “We” (Lowndes) killed Valdosta big time and Cole had an awesome game which was neat!

Here’s the packed stadium…and this is a picture of the “away” side! 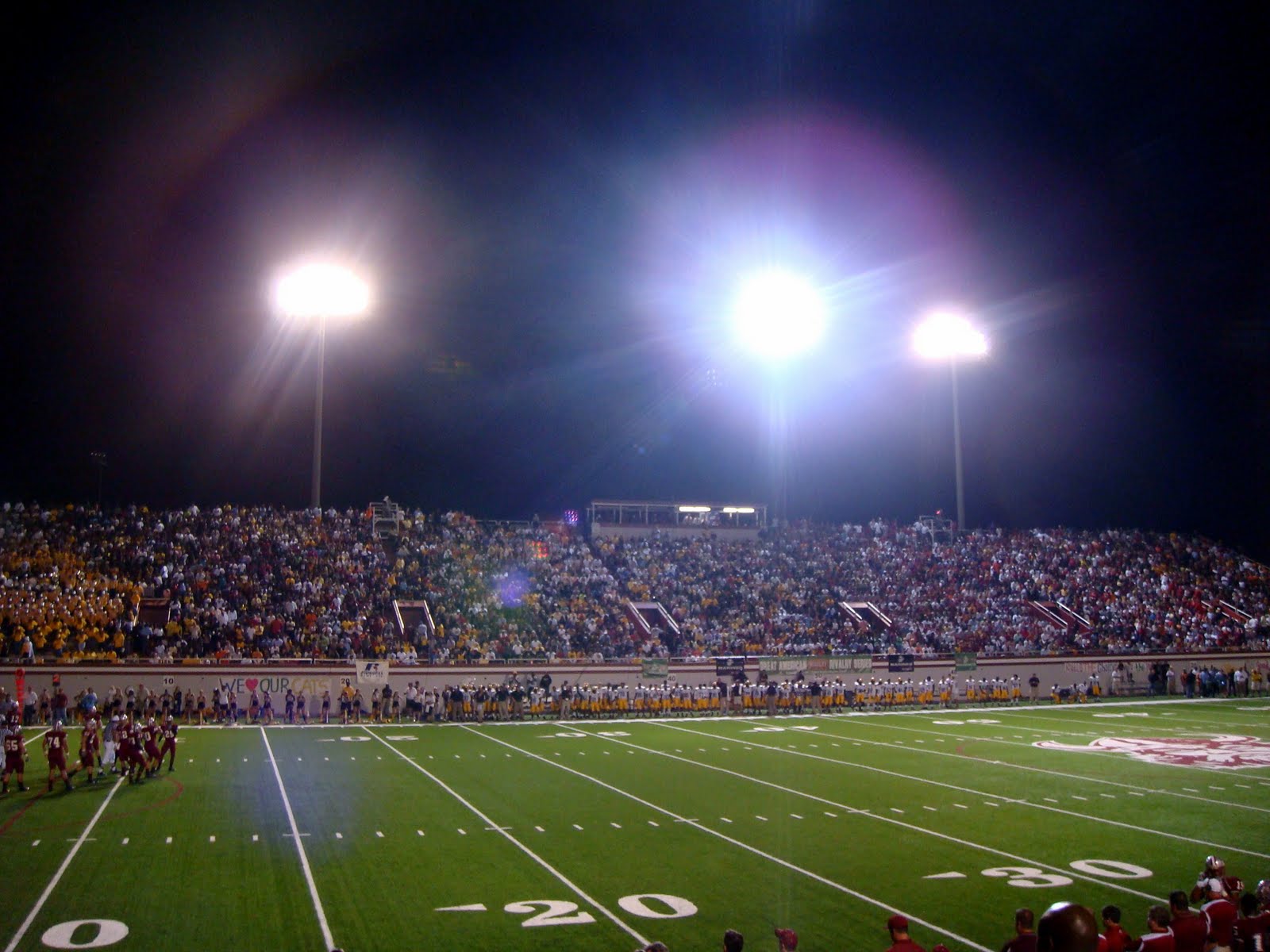 Not just the fans are nuts, the band is too. The Lowndes High School band has something like 350 members and they play all over the USA! In the stands you’ll see “band moms” who are decked out in band gear and don’t care about the actual football, they just cheer and cheer for the band. They are really good though and it’ll be interesting to see if any of our children end up joining as it’s such a big deal here! 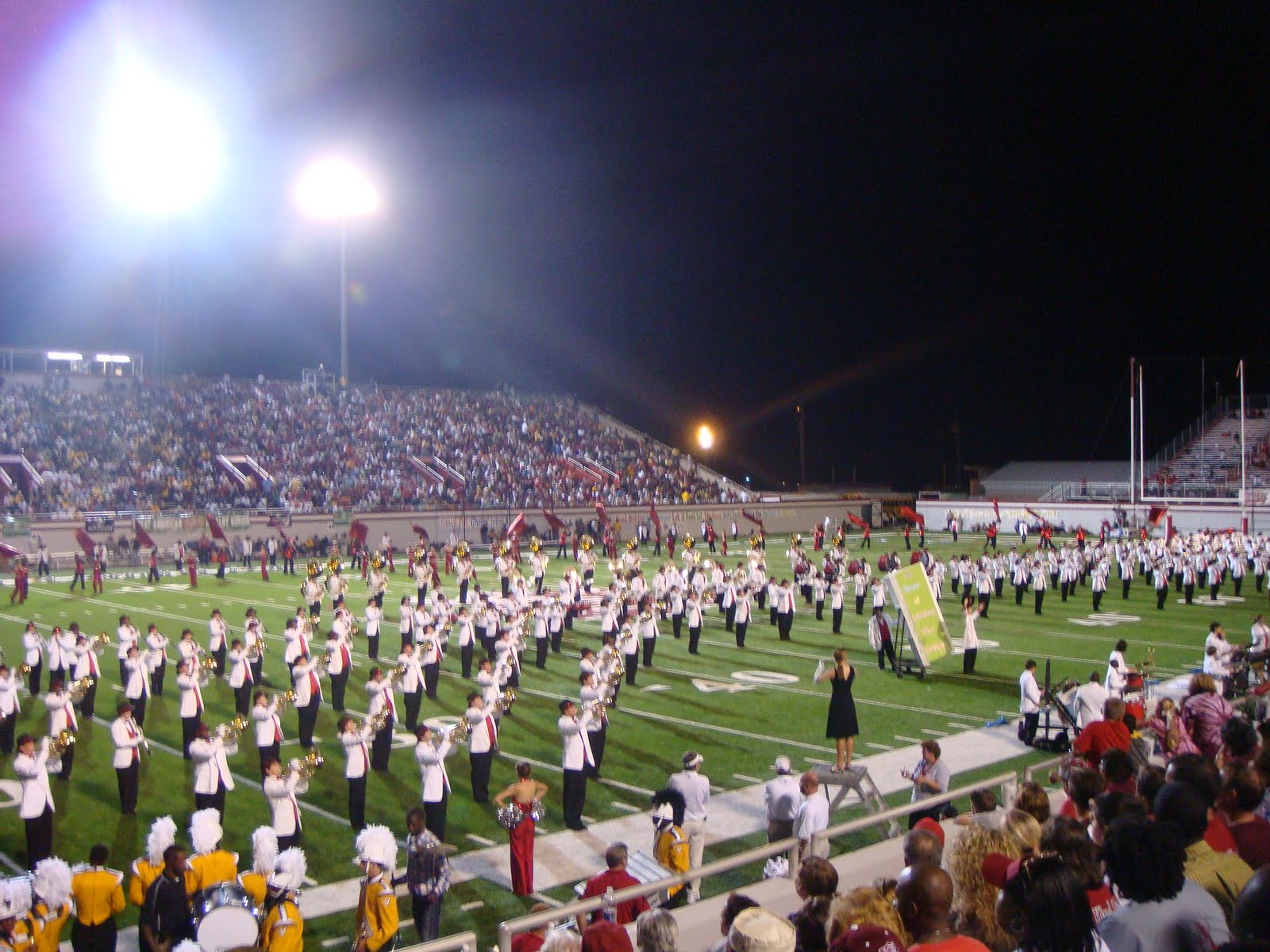 We took Kye to several of the games but didn’t want to take him to this one as it’s just a little too wild. Mema stayed at our house with him so he could go to bed on time and it was nice for her to get to spend quality time with him. We ended up leaving in the 4th quarter since they put in the second string and even though we left early we still hit bad traffic! Welcome to Titletown!!!