I think we all are guilty of this: we brag about those we love to everyone but don’t tell the actual person all the good things we say about them! Zach has always been great at showing me how much he loves me and giving me compliments, but I guess he talks even better about me behind my back!

Thursday we worked a VERY long day (left at 3am got home at 1am Fri morning!). So I was shocked when Friday afternoon he handed me an envelope with a three page typed letter inside. It was a love letter! While he was waiting for people to come in to see him about the insurance he said he got to thinking about me and how it’d be nice for me to know all the things he tells others about me. 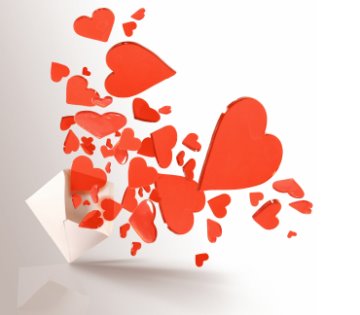 I won’t go into details as it was a private letter but it meant more to me than any other card or note anyone has ever given me. For him to write something so personal, for no reason, was so special and sweet. I know I haven’t been the ideal wife these past 9 months but he made me feel like I have been! He truly appreciates and loves me and I am so greatful for that!

We were talking last night and it’s so wonderful to be married! Dating was tough, being engaged was tough, and the first year of marriage was tough! Of course, obviously, there were great times during all these points in our relationship but so much of it was growing pains! FINALLY we’ve reached a point where we know each other, communicate how we should, and try our best to understand where the other is coming from. We’ve really grown into BEST friends and it’s such a blessing. I know being new parents will be tough but I have total faith that we’ll get CLOSER instead of letting the new addition push us apart. I’m just in a state of total contentment with my relationship which is such an amazing feeling! That letter let me know that we are on the same page and that we BOTH are happy which is awesome!