Afternoons in our house are usually pretty relaxing. Both big kids go down for naps at 1. Kye has a lamp in his room on a timer and the light turns on at 2:45 letting him know he can get up. He really, really enjoys solo play and he has an hour to an hour and half of free play before Britt wakes up. Usually he plays in his room and can choose to do anything he pleases until his lamp turns off (it stays on for about an hour) and then he can come down and play outside or do something else.

One afternoon he stayed upstairs past when his lamp turned off and was being very quiet. When he came down he made an announcement that he had decided to start his very first business. He had taken paper out of the trash from his chore sheets and had cut it into pieces and told me he was going to sell them as bookmarks. He was selling them for “three coins or $1.” Of course I bought one and of course I found him and Britt in her room with her piggy bank open and her just giving him all the money he wanted haha. 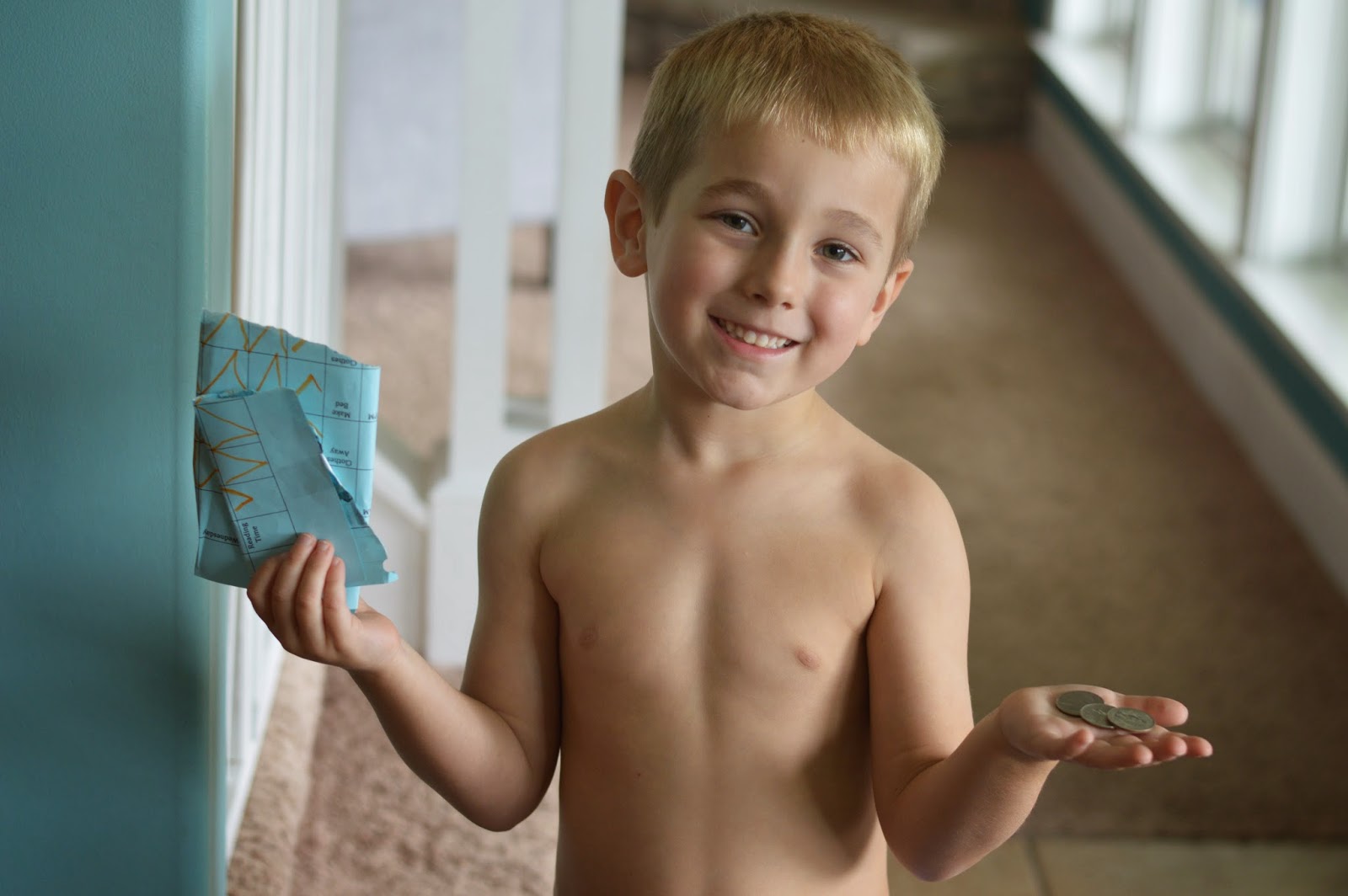 The bookmark making became something much more than just trash and an attempt to rob his sister blind 😉 He started spending over an hour a day cutting paper and decorating bookmarks. He decided to make them out of construction paper rather than trash and to lower the price to 1 penny per bookmark. He was VERY dedicated to his work! 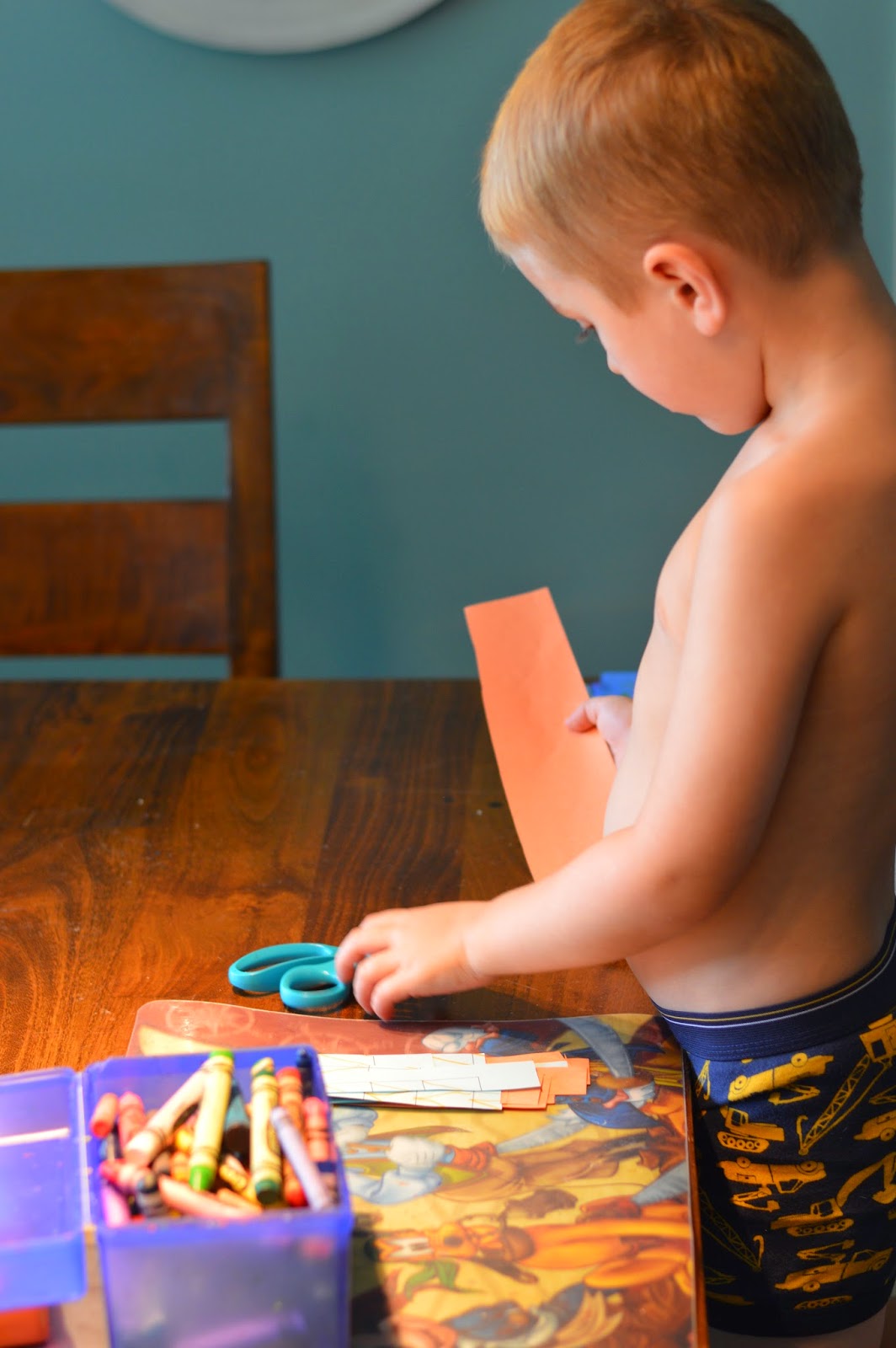 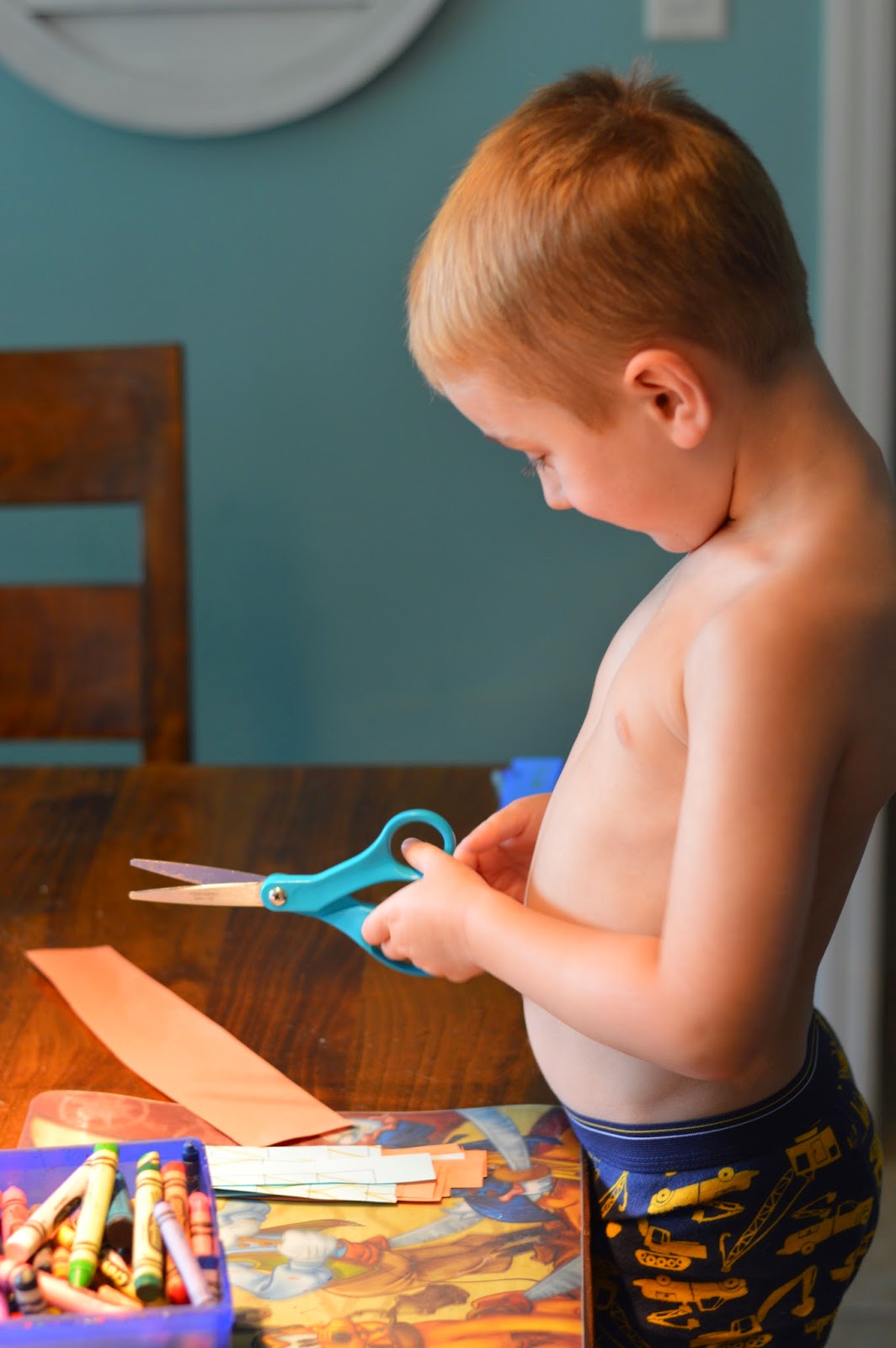 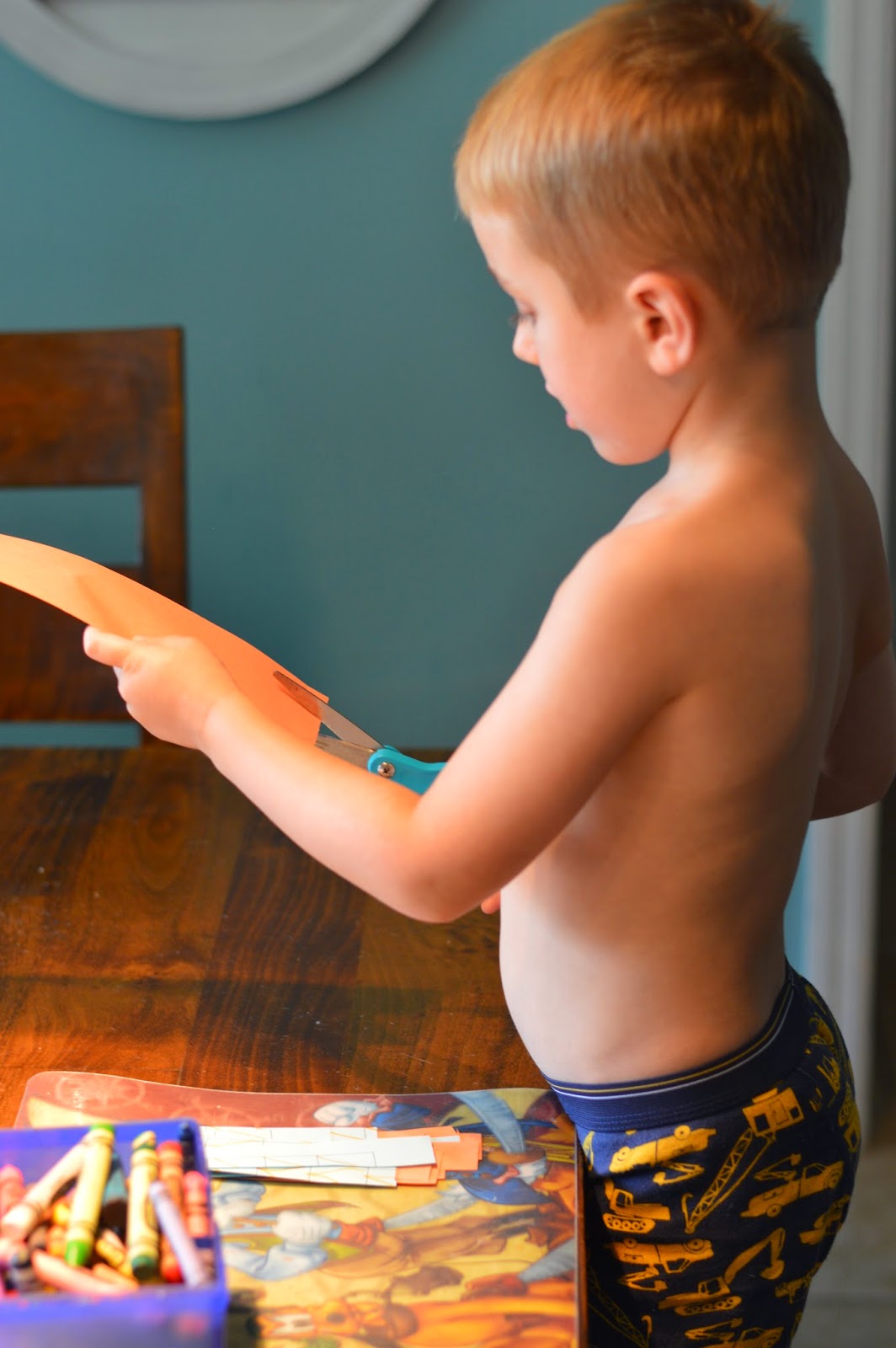 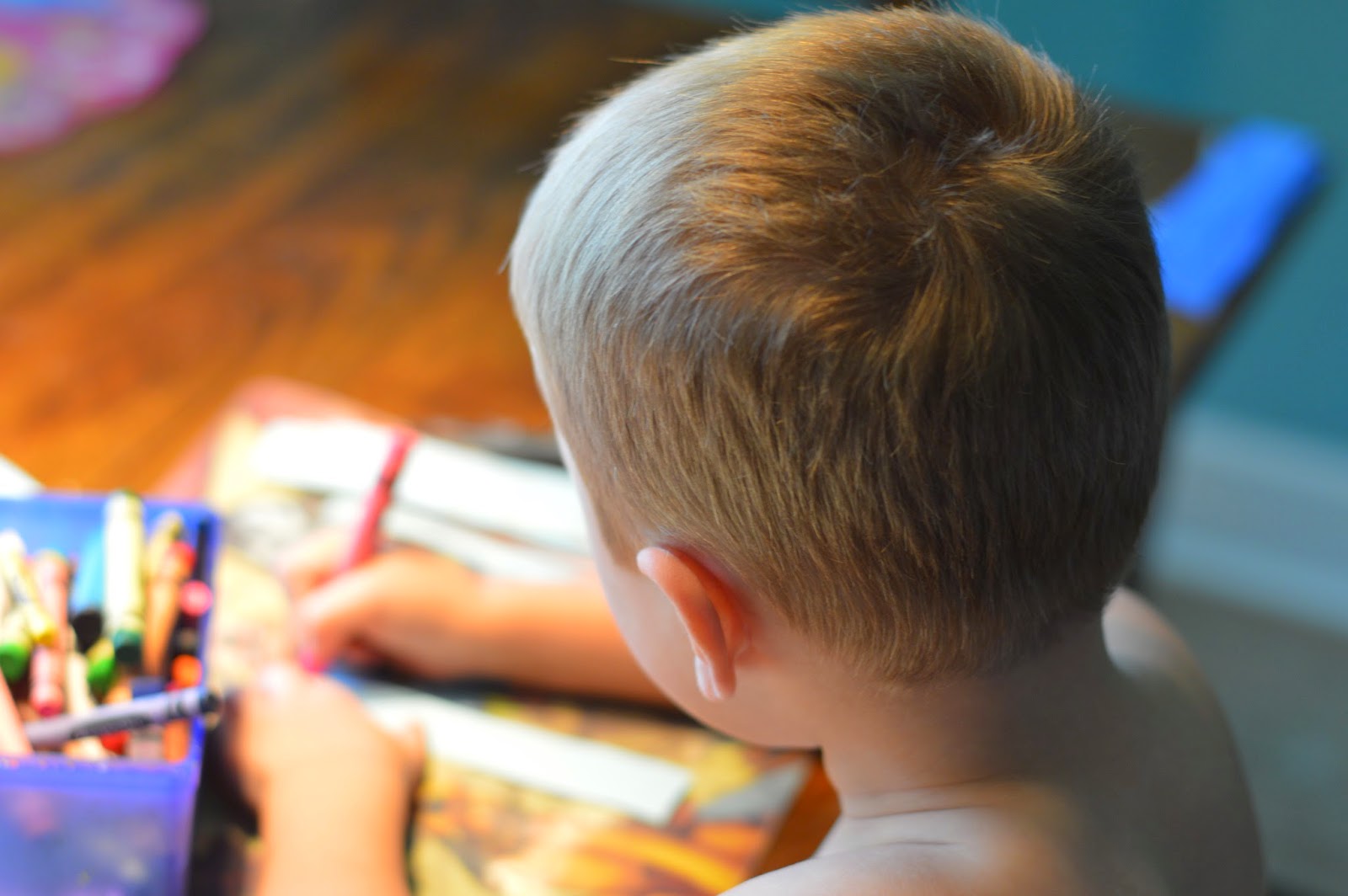 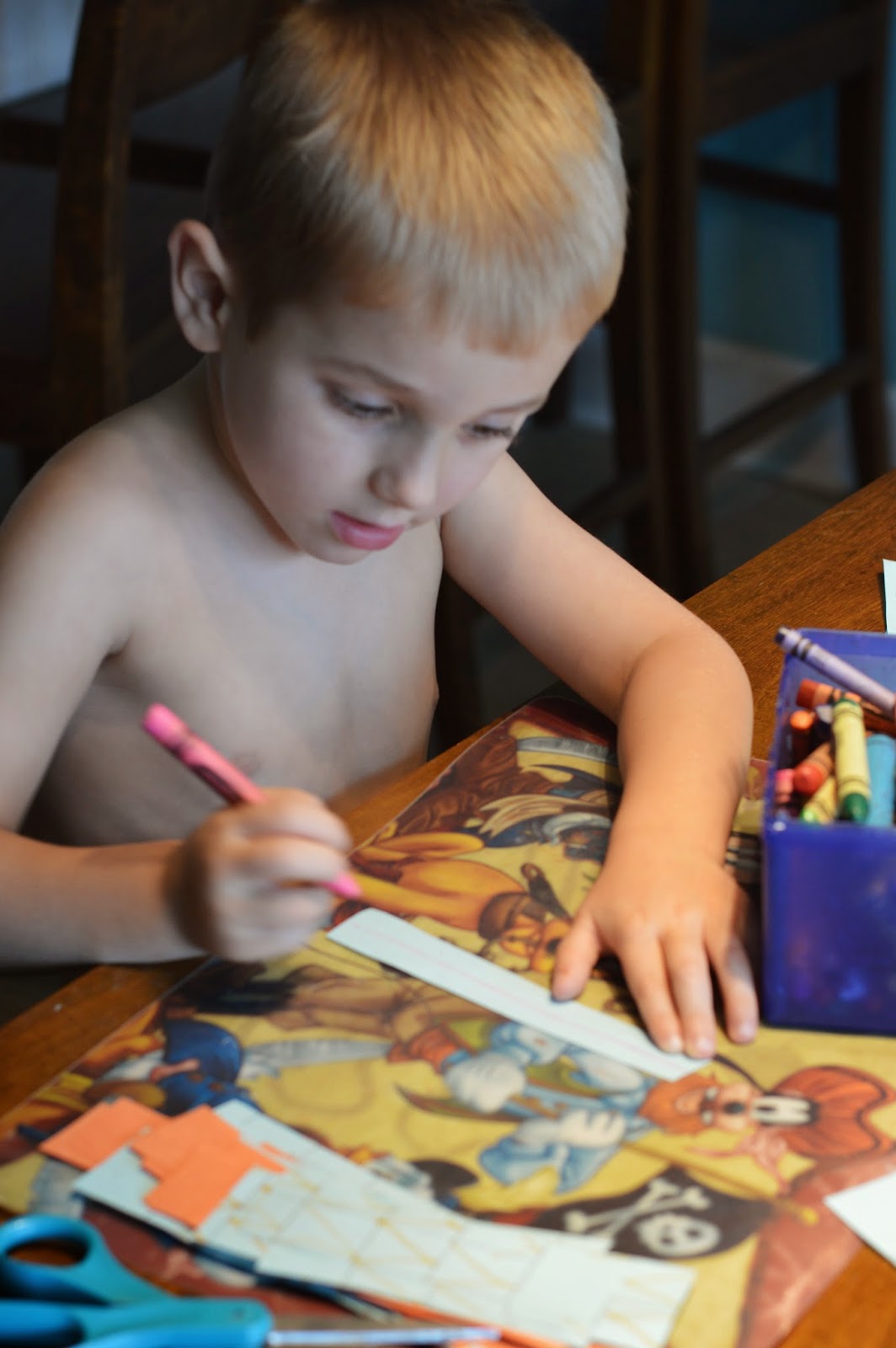 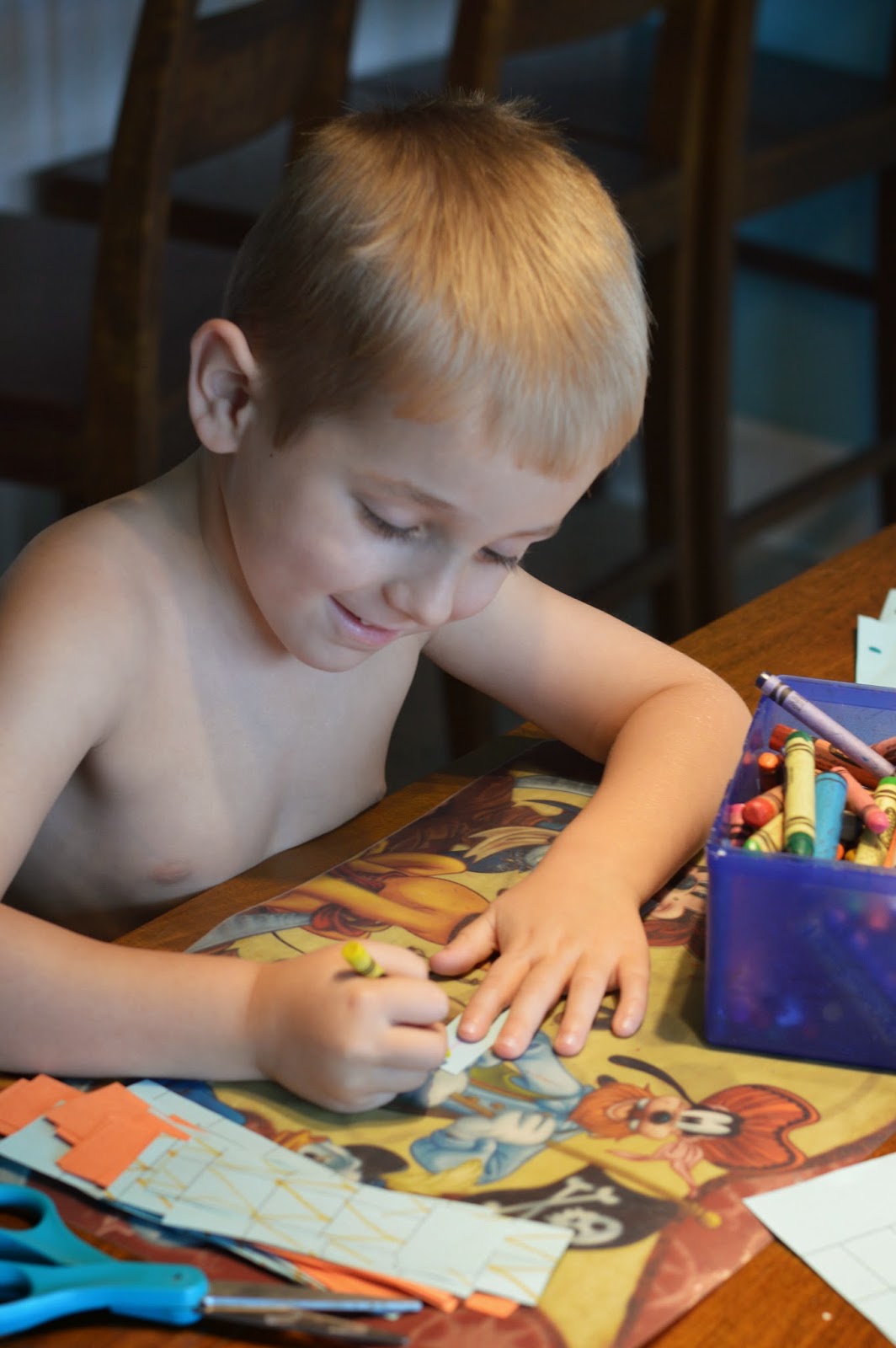 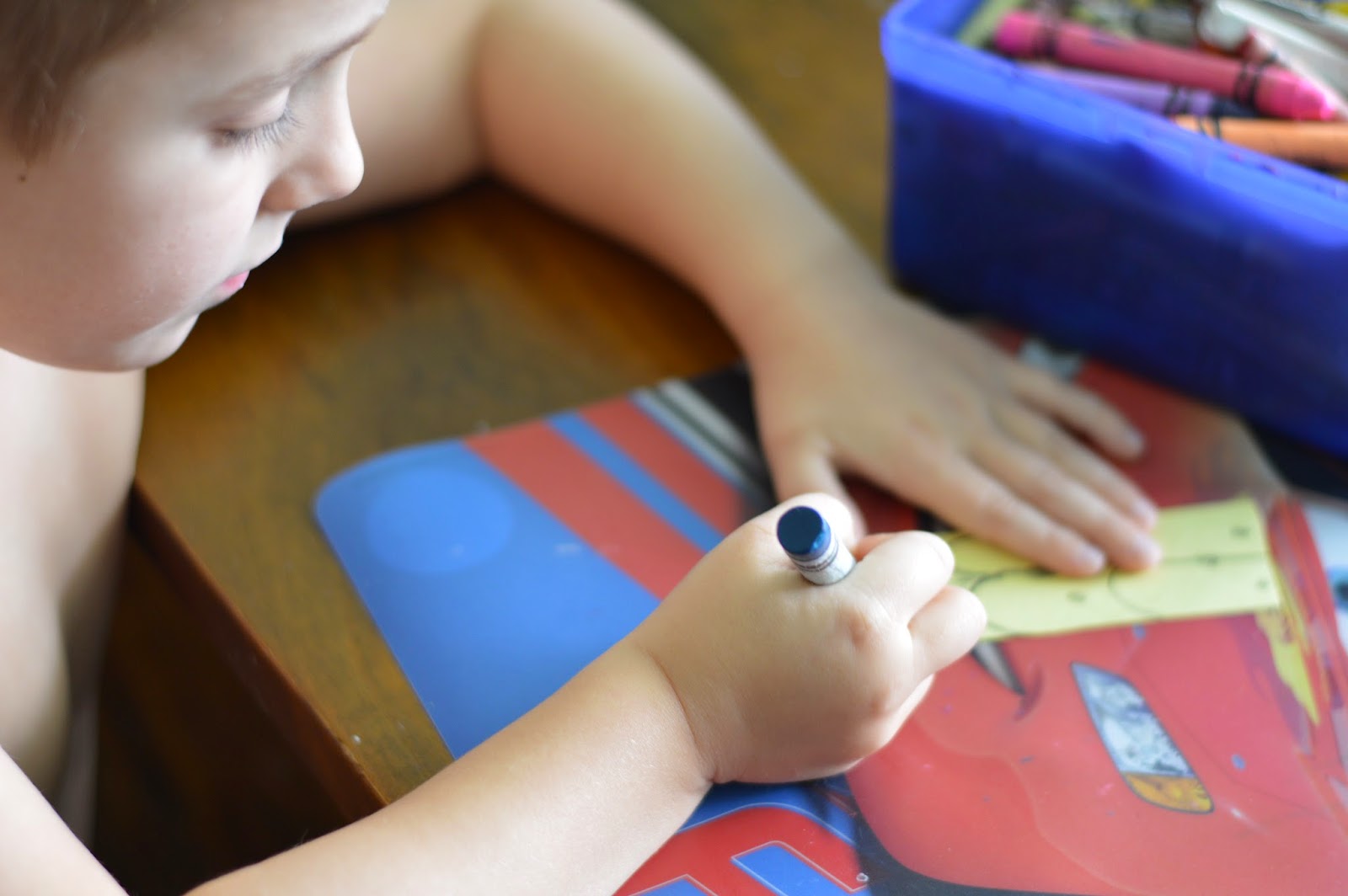 He does several different designs and is a very convincing salesman! Here’s a video of him pitching his sale to me 😉 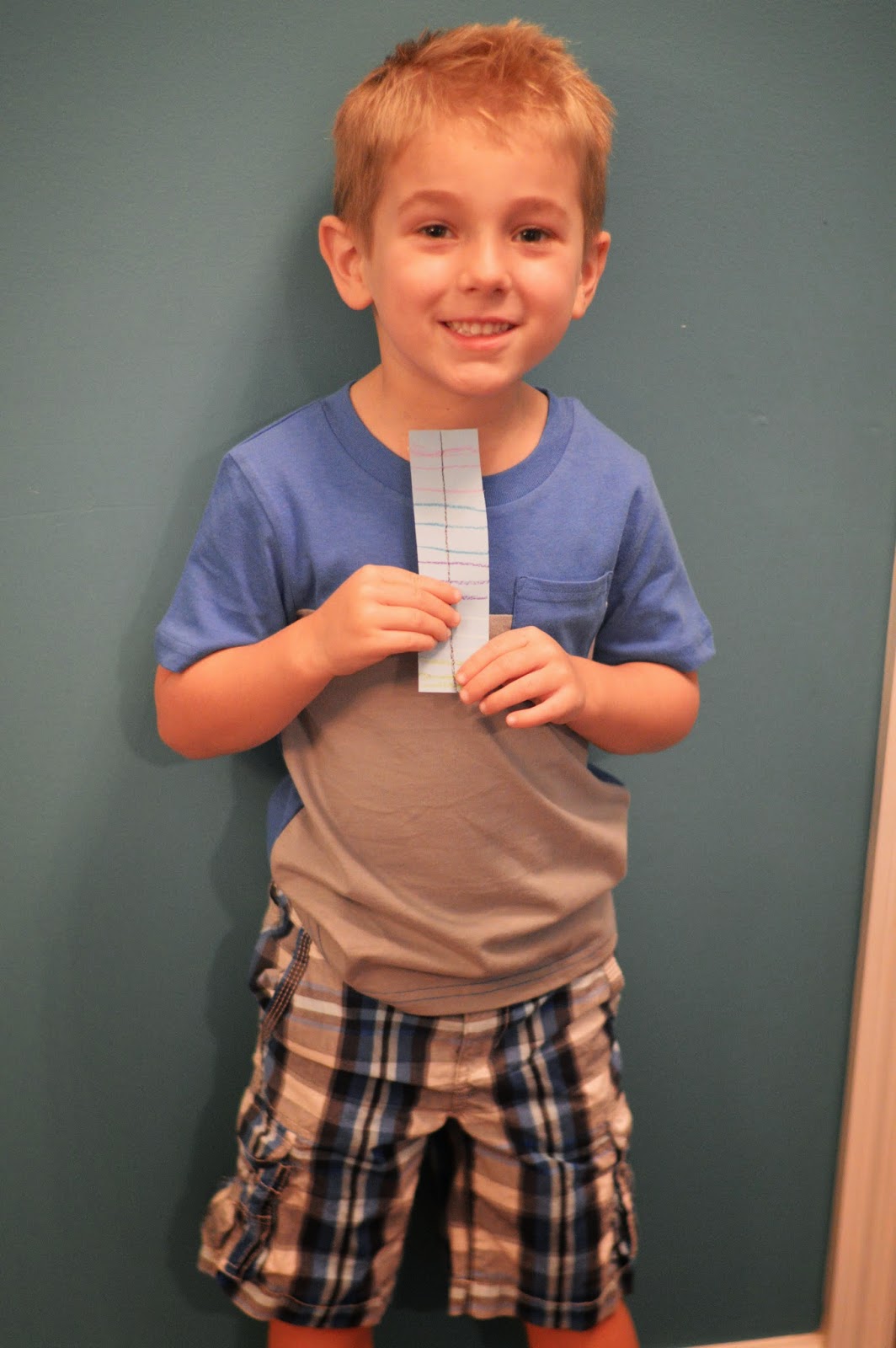 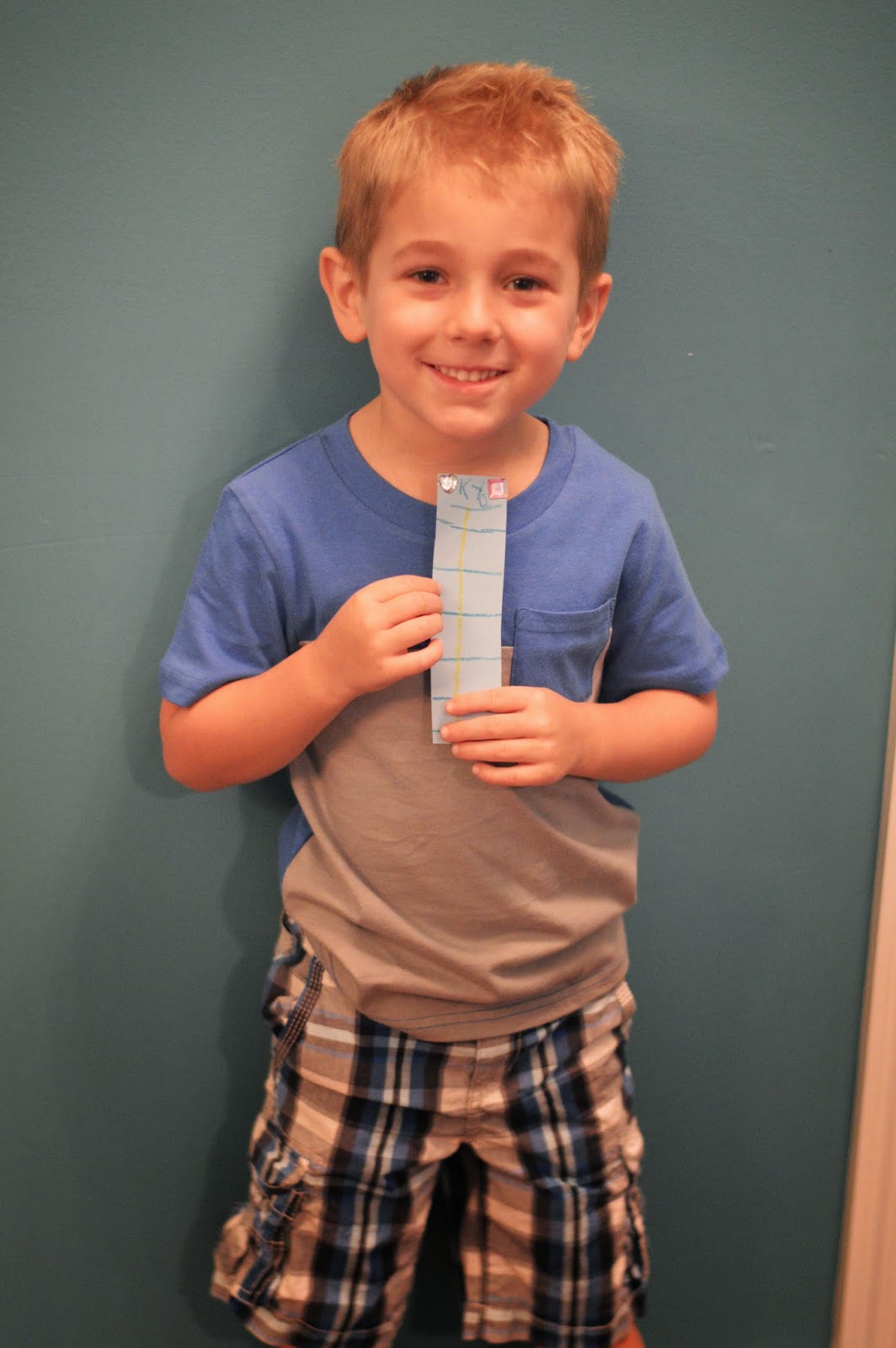 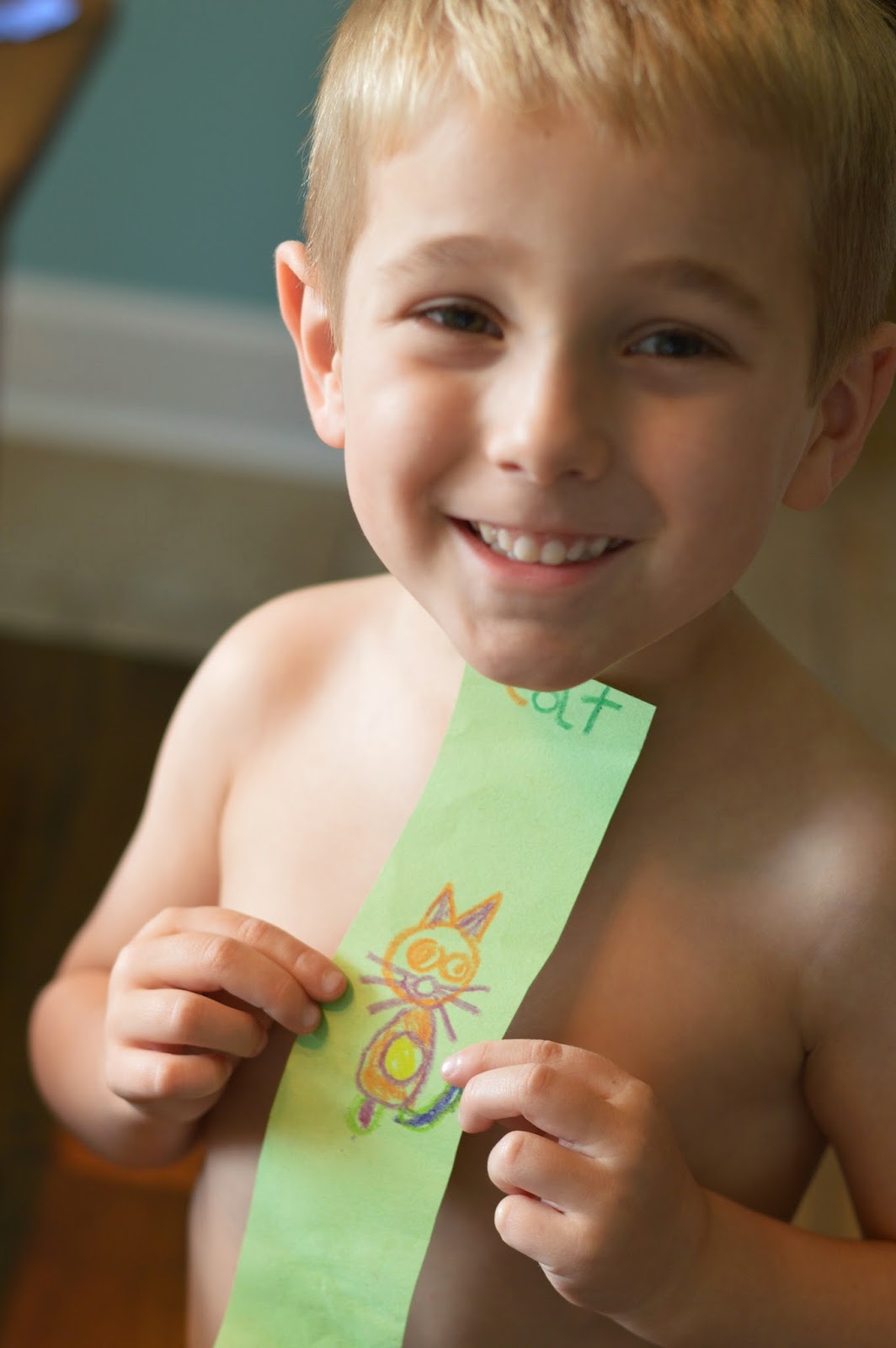 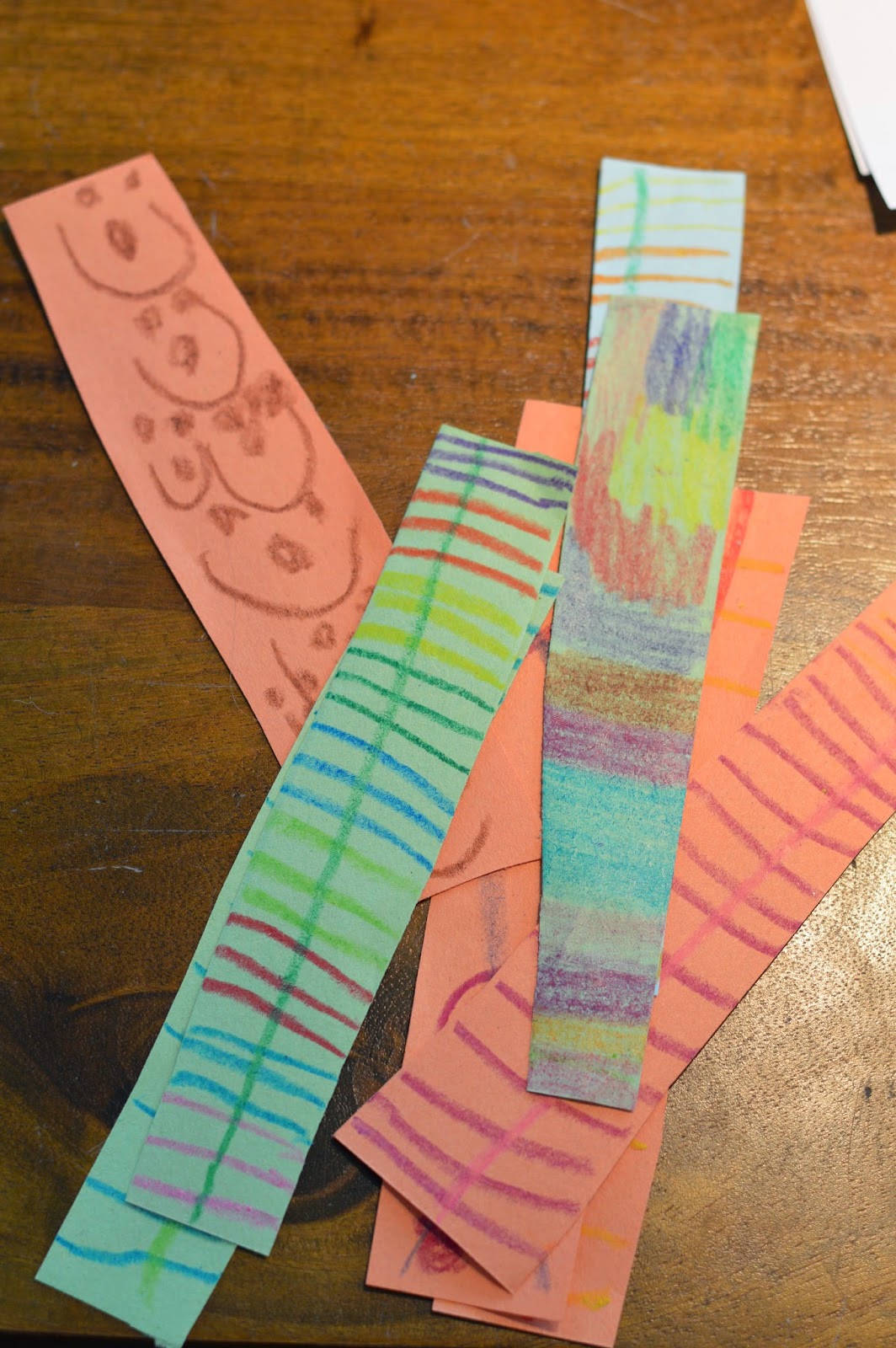 I thought the bookmark business would be short-lived, but it has been over two months now and he still is very into it. He has sold them to many family members and asked us if he could take them to school to sell. Obviously we said no on the school thing but when he asked about taking them to church to sell we decided to allow it. I mean we get asked by kids at church all the time to buy stuff for their school fundraisers so we felt like it was okay for him to sell his bookmarks there. We practiced with him about what to say to people and also told him he couldn’t ask the same people all the time (once he had a customer he didn’t need to keep going back to that costumer) and that he could only do them after church was over (we always stay a little while to visit with people). He had a bag of them and went up to people and said “I started my own business making bookmarks. They are 1 penny. Would you like to buy one?” It was a HIT 😉

His business has taken off in such a big way that he needed to quit taking over my kitchen table with it 😉 Zach found an old briefcase and gave it to him to have for his work! 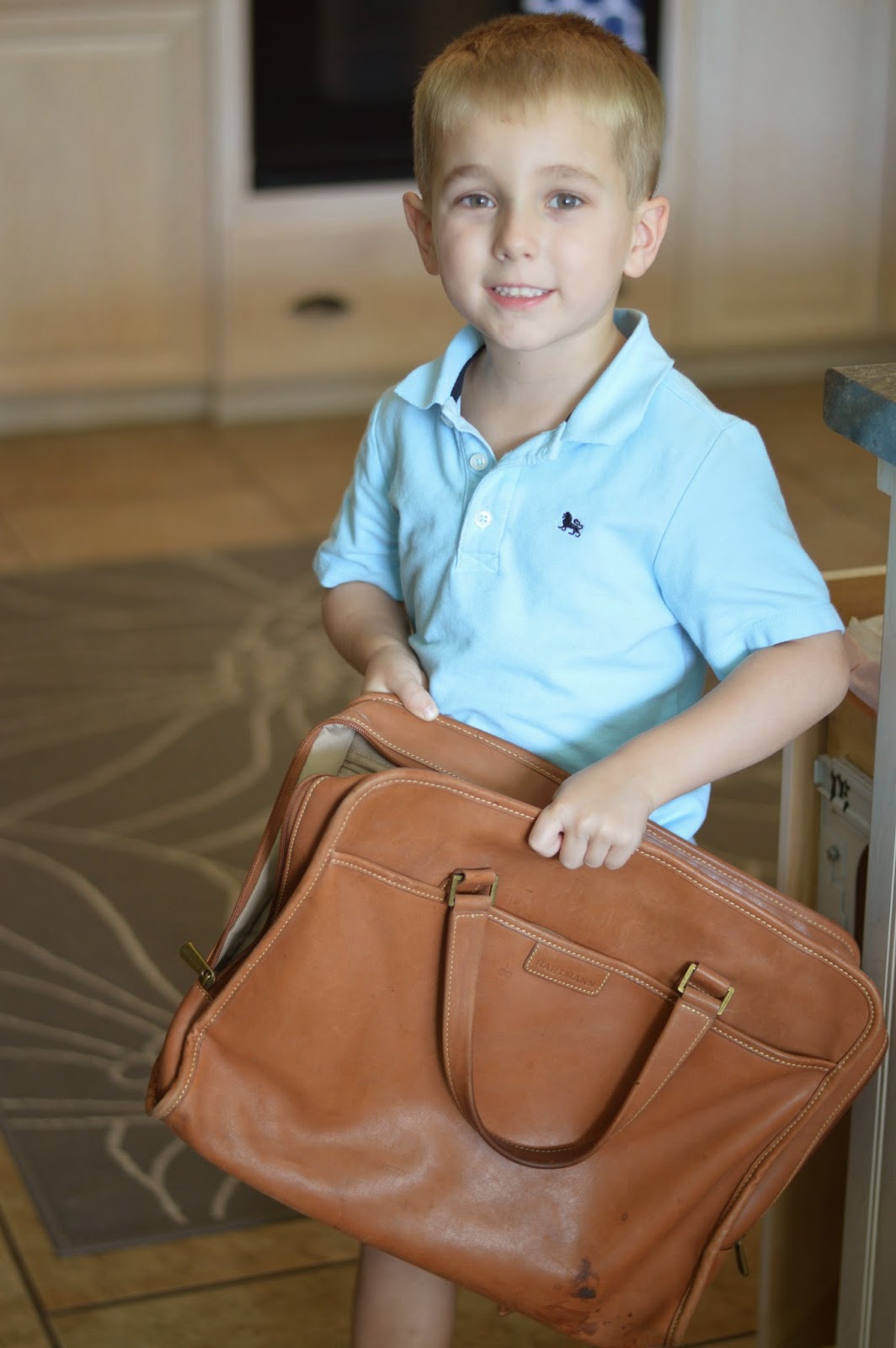 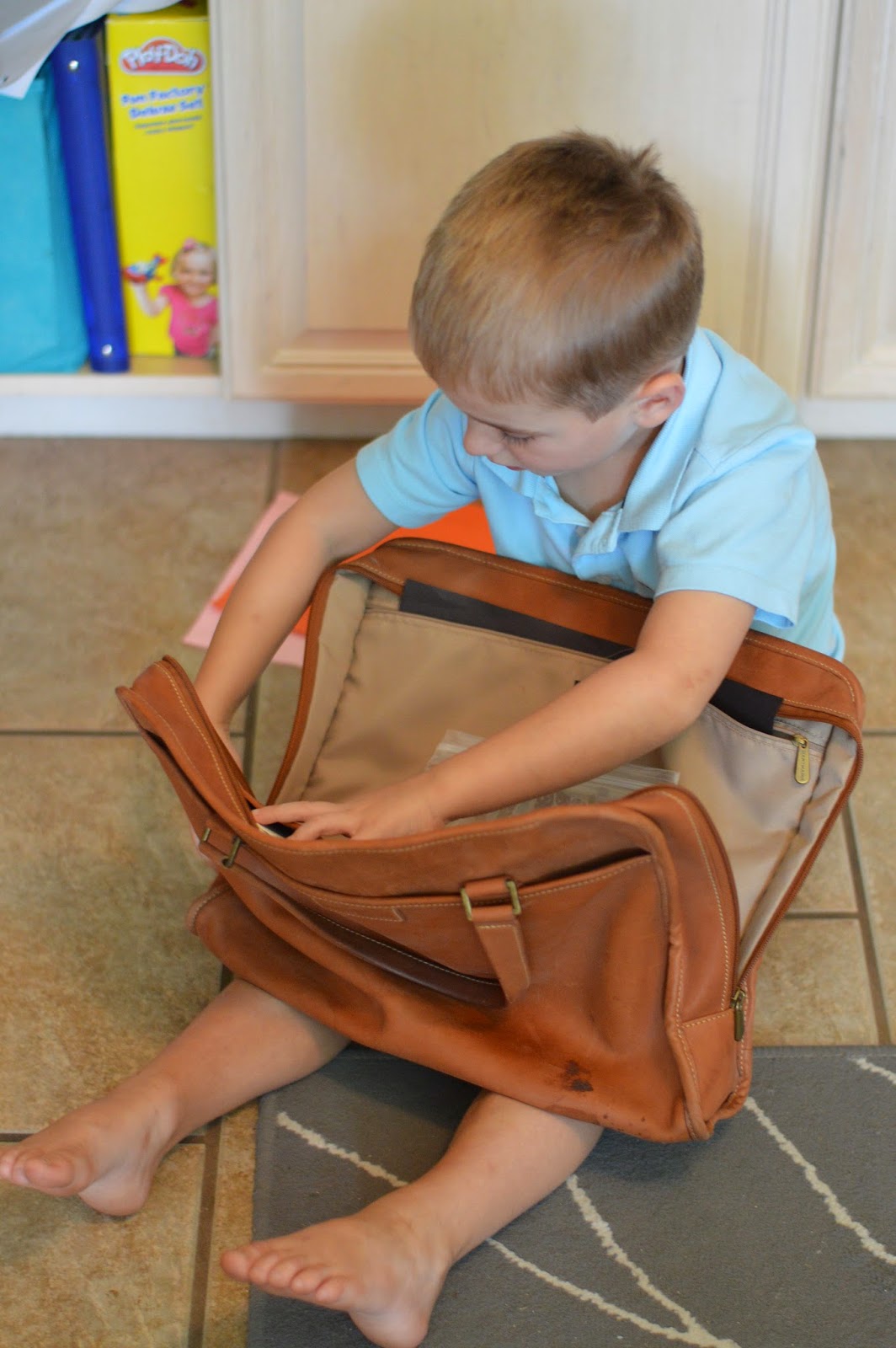 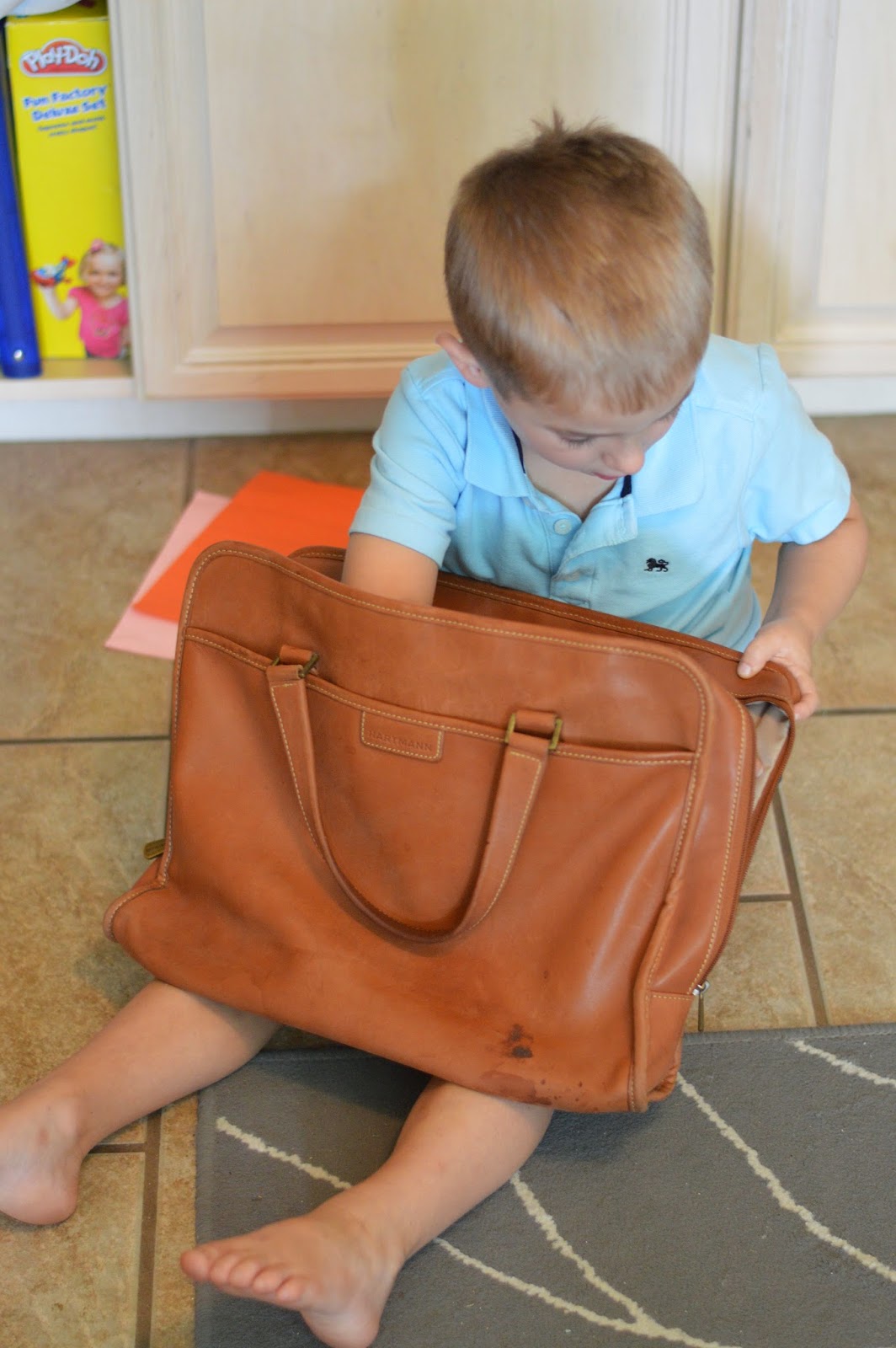 For his first day of selling them at church he wanted to dress like a businessman. Zach helped him get ready and Kye picked out his best bookmarks to take with him. Tell me this isn’t one handsome businessman! 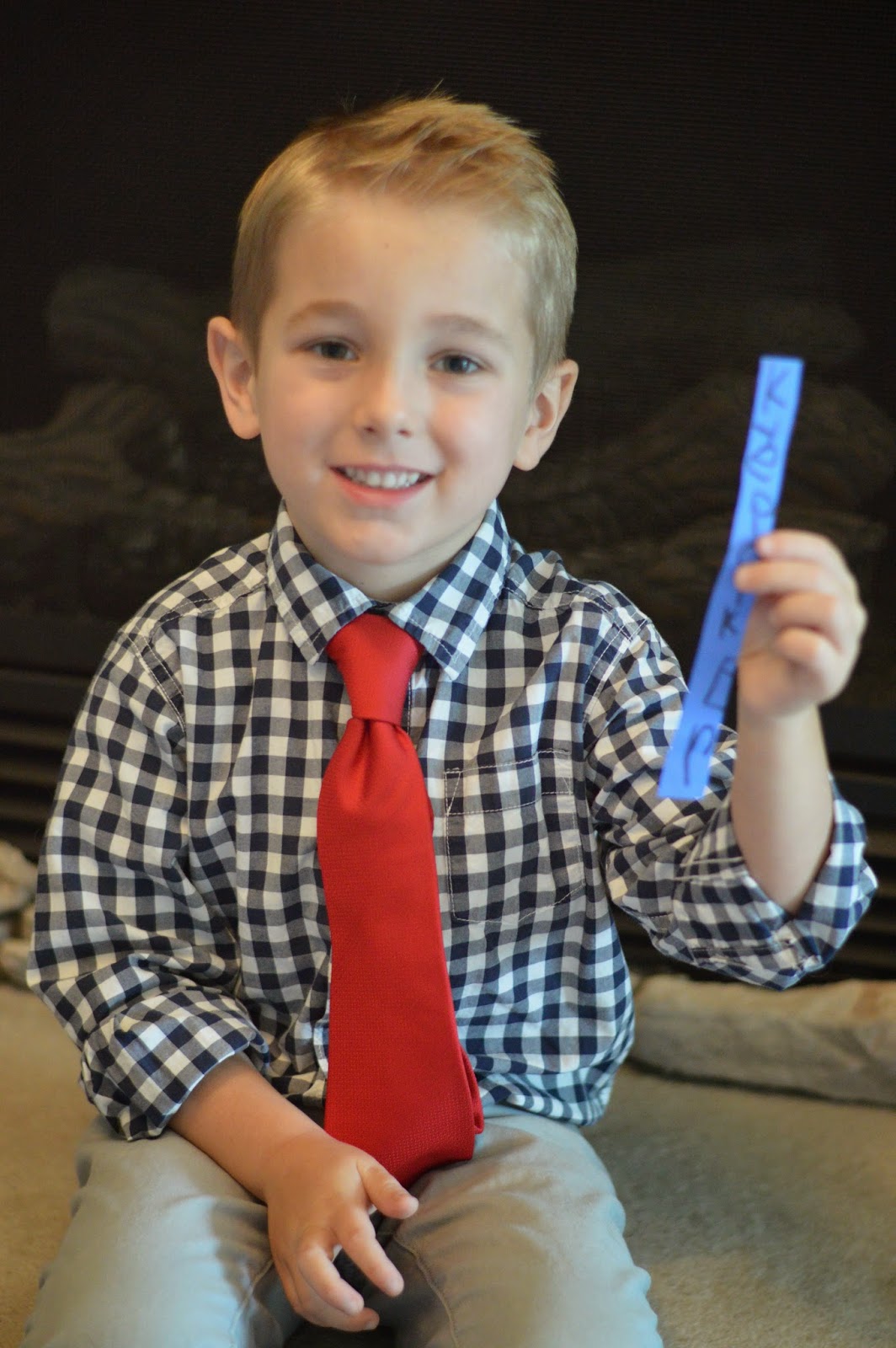 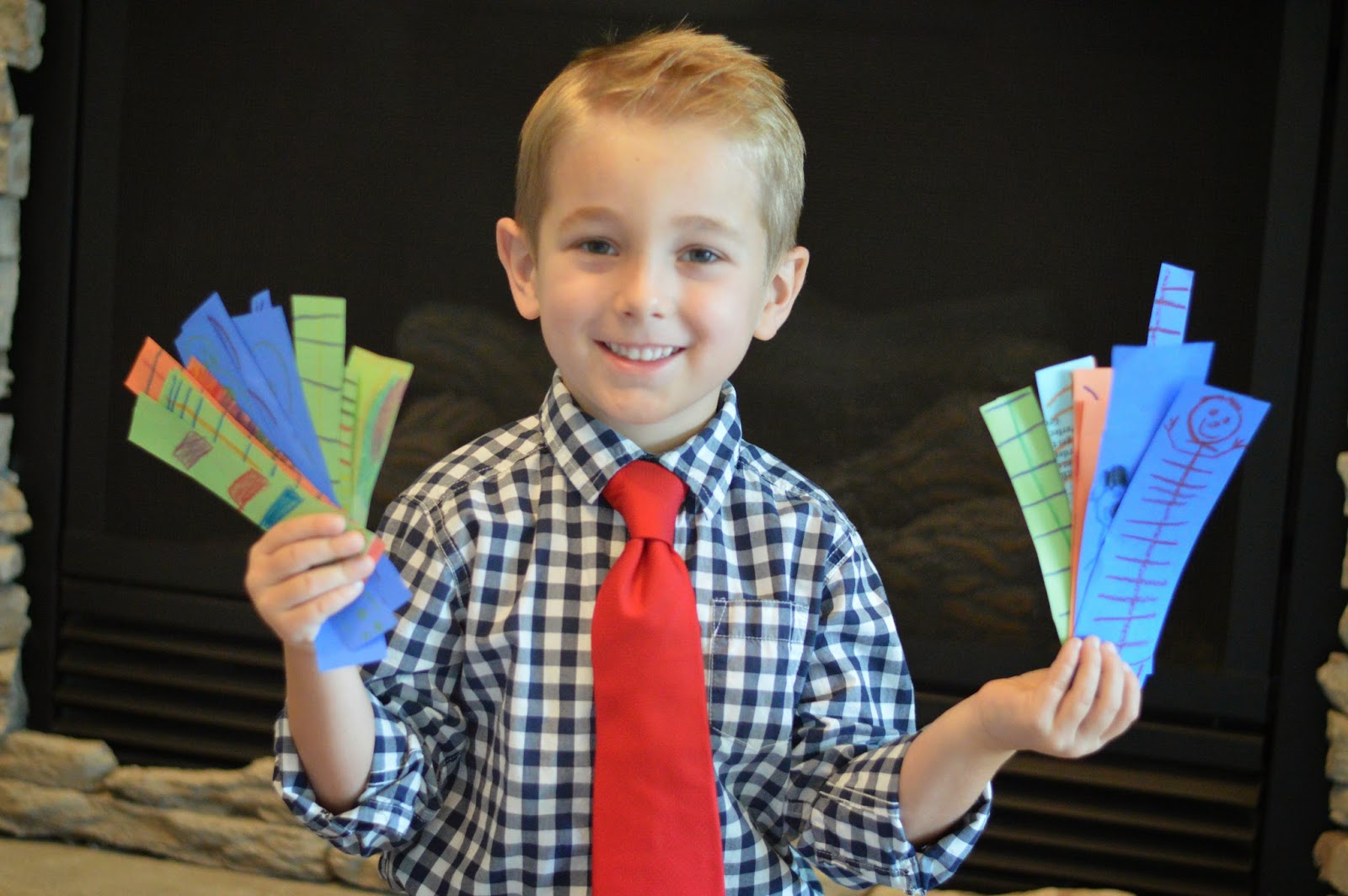 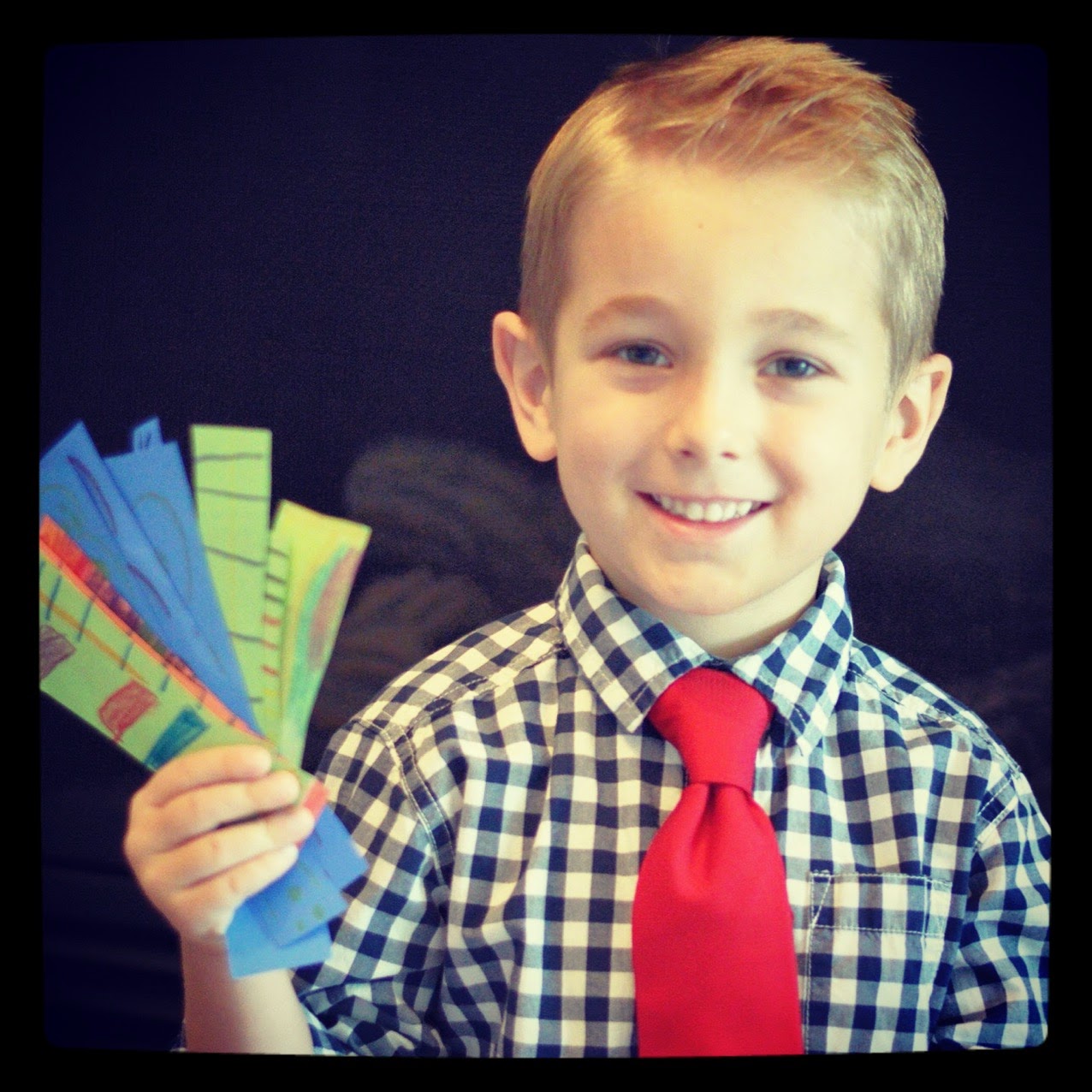 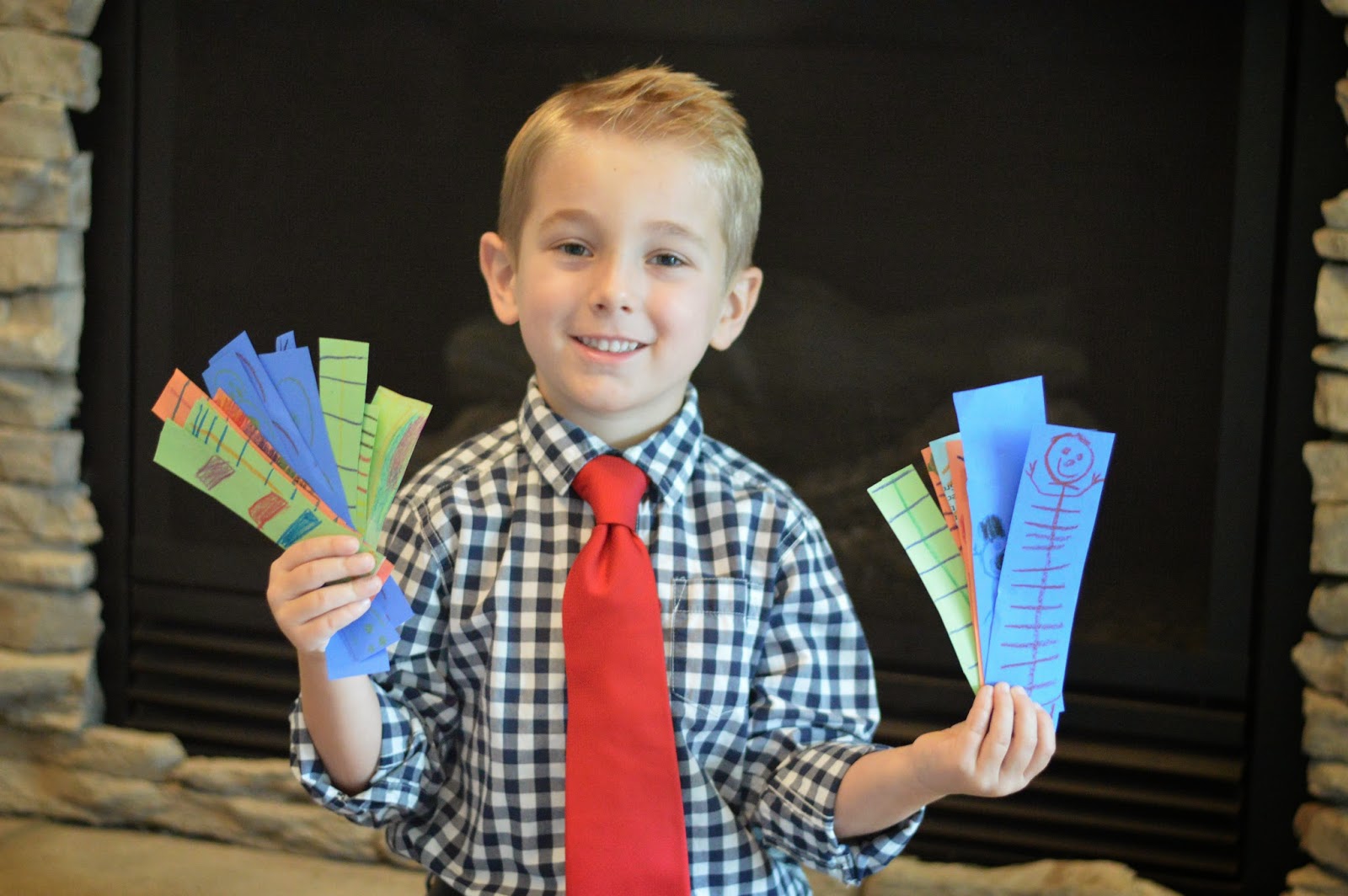 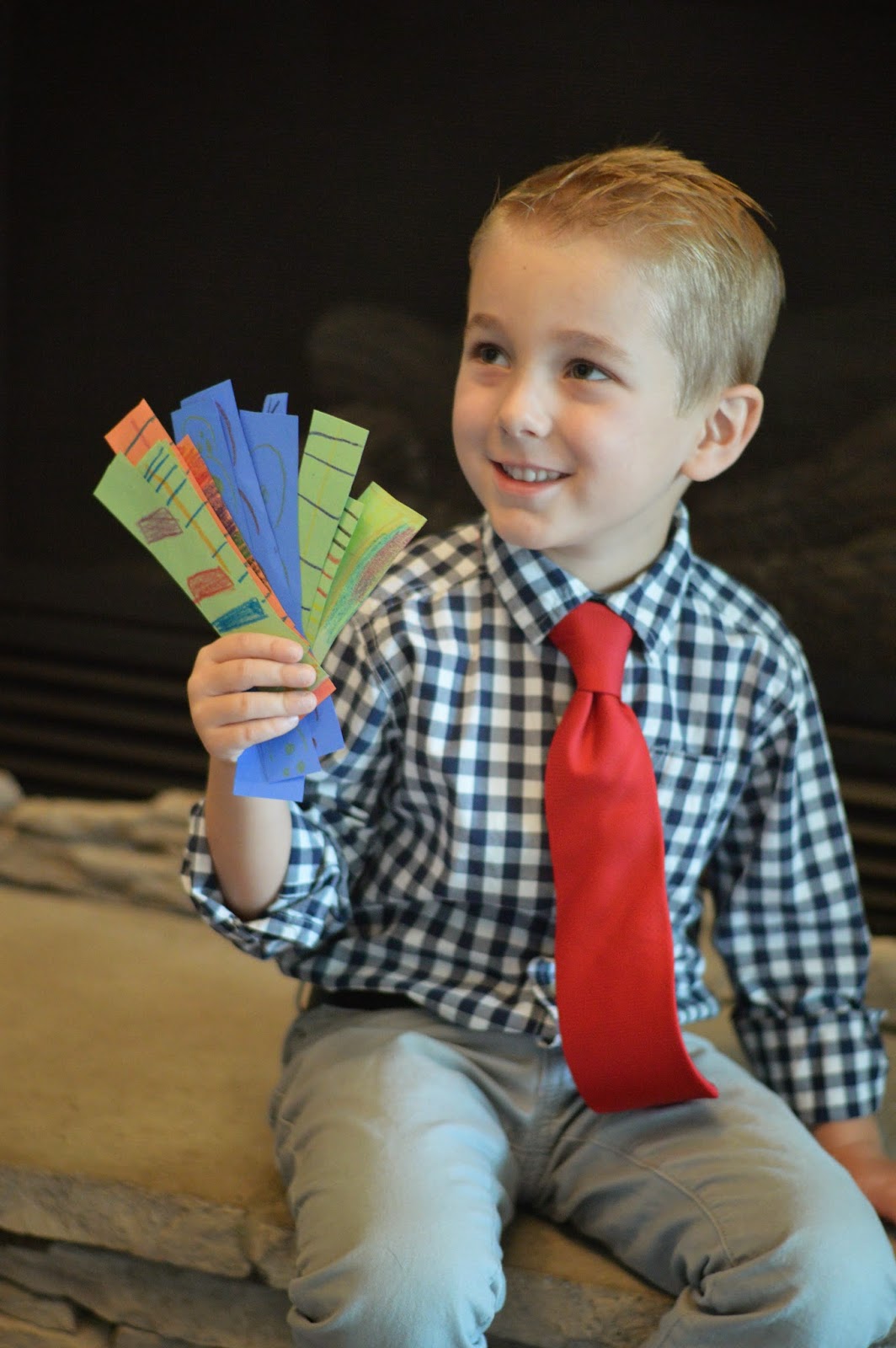 His very first time taking them to church he made almost $4! It surprised me how much everyone really was supporting him and so positive with him about it. Zach and I joked that we are the government and should be taking some tax money off his earnings 😉 It was a GREAT opportunity to talk about giving to God and Zach added up all his money with him and they decided how much to give to the Lord, how much to save, and how much to spend. Kye actually didn’t want to spend any of it. He told me he’s saving it all so he can buy a house and build it in the lot next to our house 😉

one of his first customers…thanks Alex 🙂 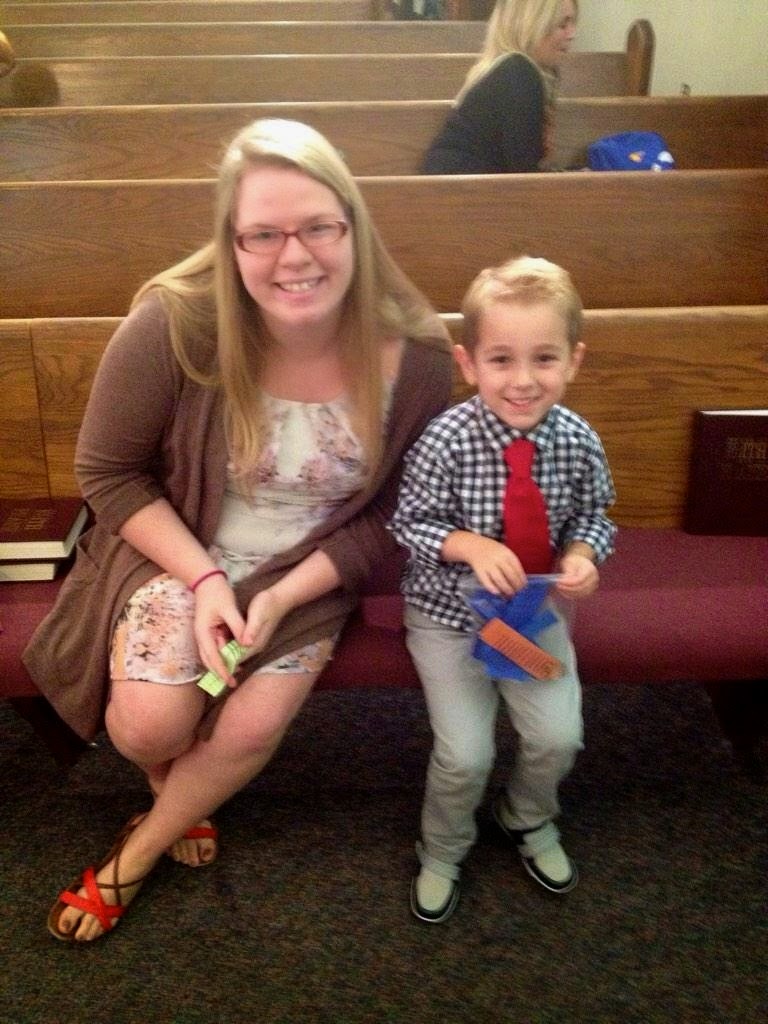 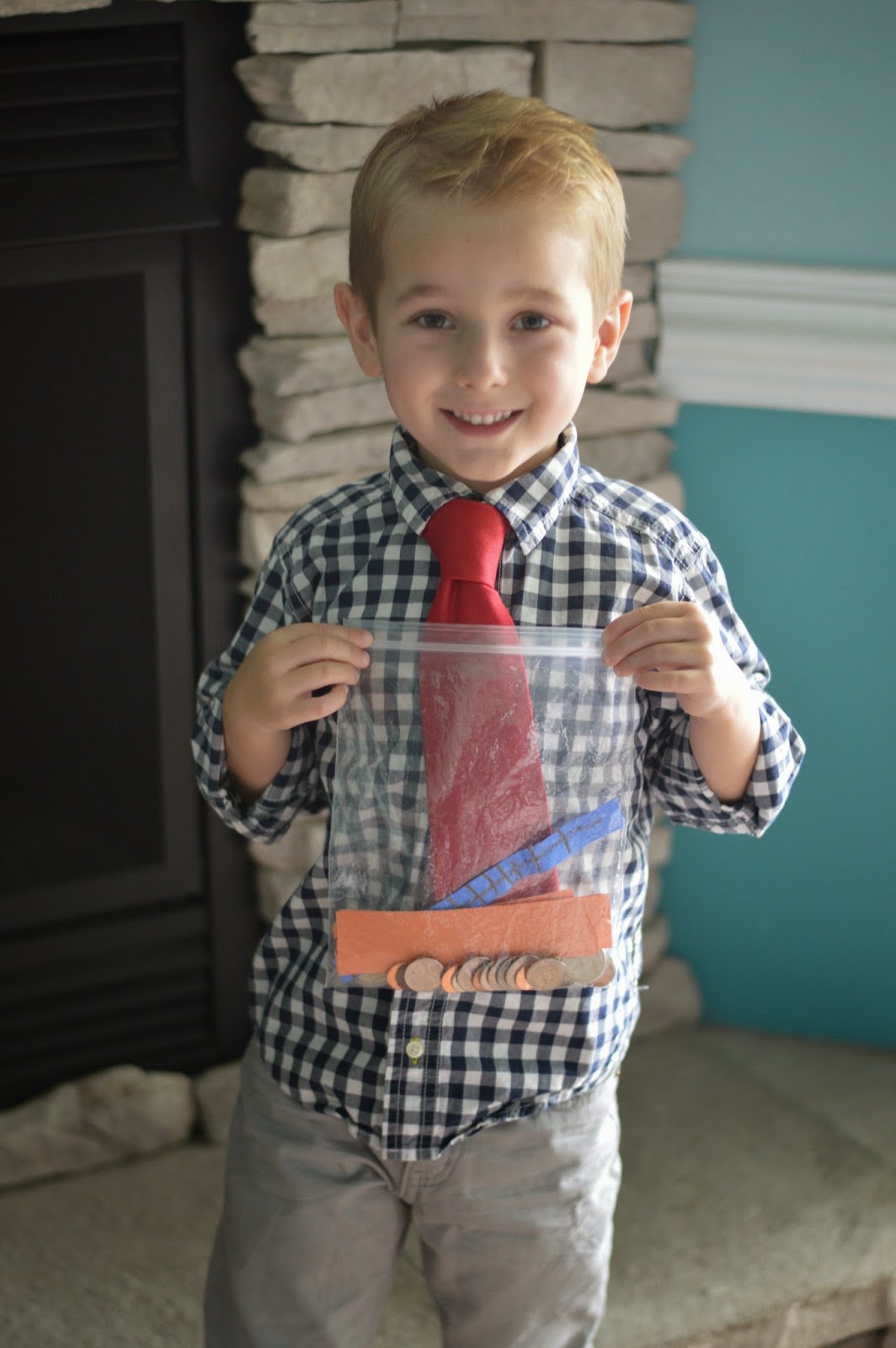 Kye’s business has continued to bring in some income for him…I think he’s up to $10 now! I think it’s so cool that he is so into it and has such an entrepreneurial spirit. I am keeping several bookmarks for myself and totally plan on framing one with a photo of him to put in his office someday when he’s the CEO of some major corporation 😉 We will look back and remember that it all started with bookmarks!