I’ve realized lately that no matter how much you may resist it – where you live affects who you are. I was raised in Lawrenceville, Ga (outside of Atlanta…to people from around here anywhere semi-near Atlanta is considered “Atlanta”) and while it wasn’t a city-city, it was MUCH more city-like than where I am now! We have only three McDonald’s here. And one Zaxbys. And no Olive Gardens. Our mall has Old Navy and New York and Co and American Eagle…and that’s about it. Most people here LOVE some Belk’s. Our nearest outlet mall literally has 10 stores and the only ones worth shopping in are Polo, Gap, and Carter’s. It’s small town life people!!!

Zach and I may not be country folk: no hunting, no fishing, no farming, no overalls, no southern drawl (okay – not much of one, you may think we sound southern but I promise you we’re nothing compared to everyone else around here!). But we do LIVE in the country. We pass tractors driving on the road on a daily basis. Kye can point out cows and horses from the car window on every trip. We drive down dirt roads often. Zach’s family “shucks” corn, “puts up” peas, and “cans” pickles (all terms I didn’t know until I moved here).

While I may tease and joke, I do appreciate this small town life. I’ve come to accept it as my home and when we travel and people ask where we’re from I will now say “Valdosta” instead of “he’s from Valdosta, I’m from outside Atlanta.” Mom moving here has made me appreciate this town from a new perspective. She LOVES all the things that make it country and southern and cutesy. She points them out to me all the time!

A few Sundays ago on the way to church Mom pointed out several hay bails (another term I didn’t know pre-Valdosta life!) in someones yard right across from our neighborhood entrance (our neighborhood location is pretty much in the country…I mean they just caught two black bears in our neighborhood last week!). She really wanted to hop out and get some pictures so on the way home we did just that 🙂 I will never turn down any photo taking opportunity!!! 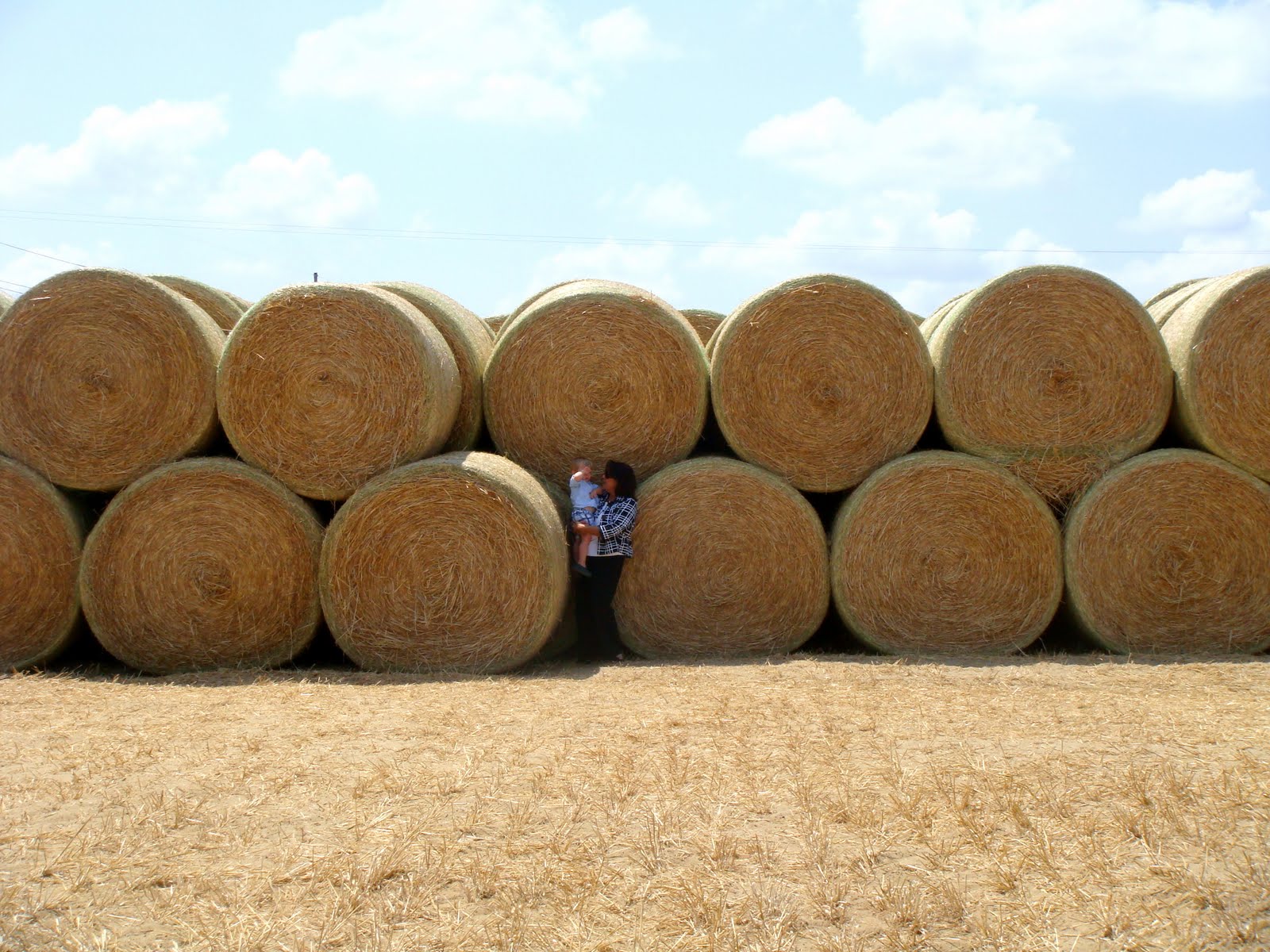 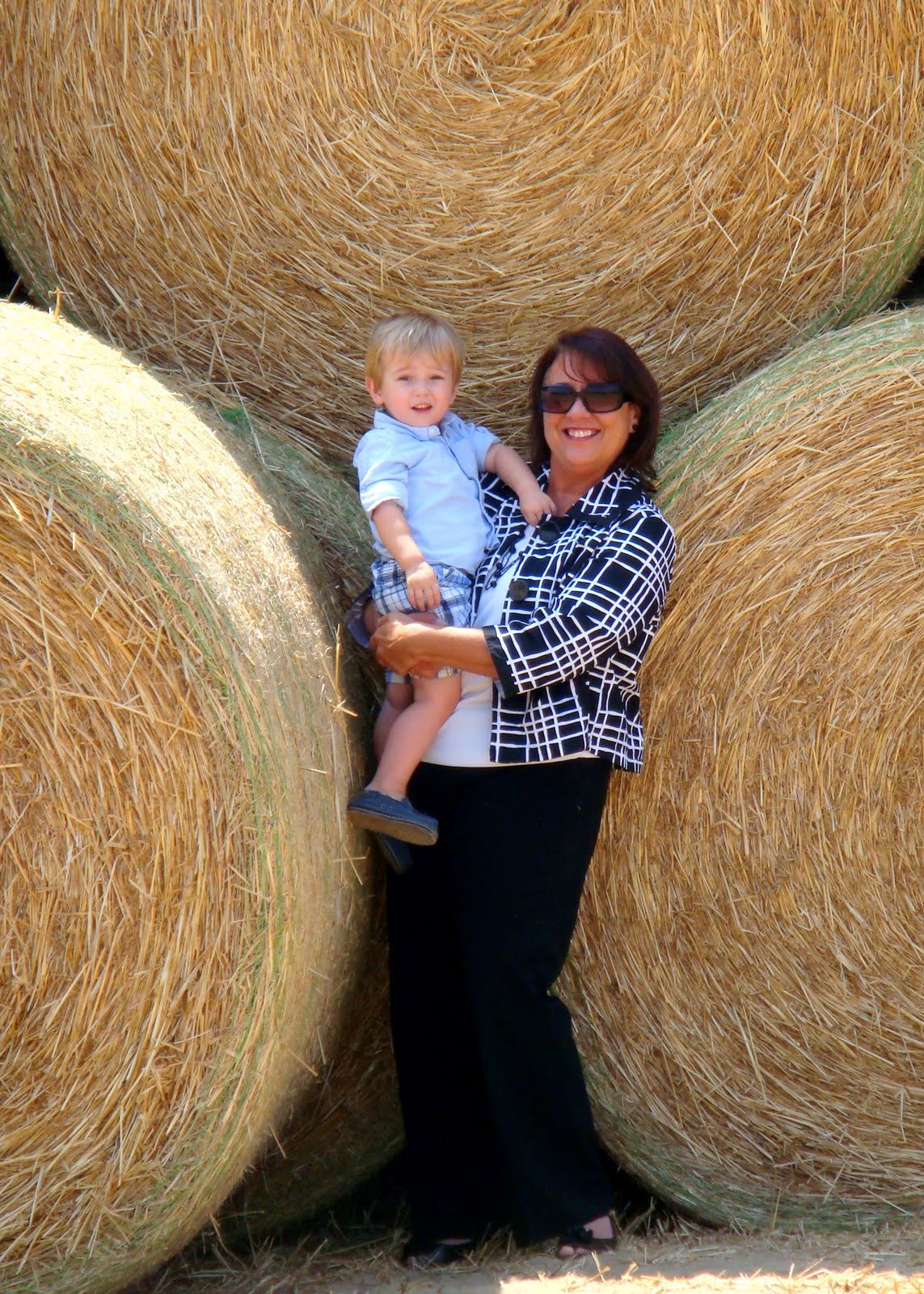 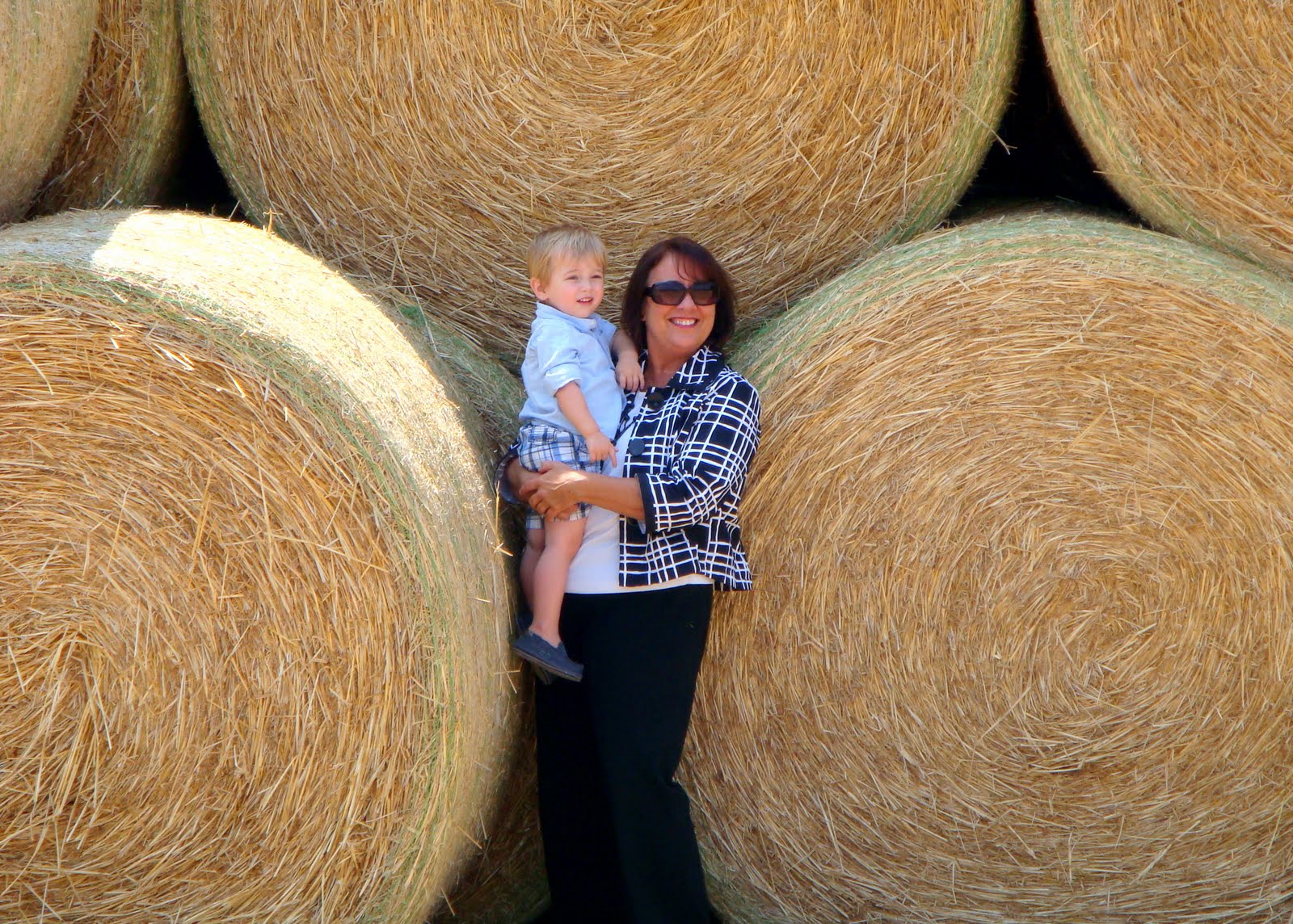 It’s SO funny that we’re in a mega country setting and Zach’s dressed so modern and metro! 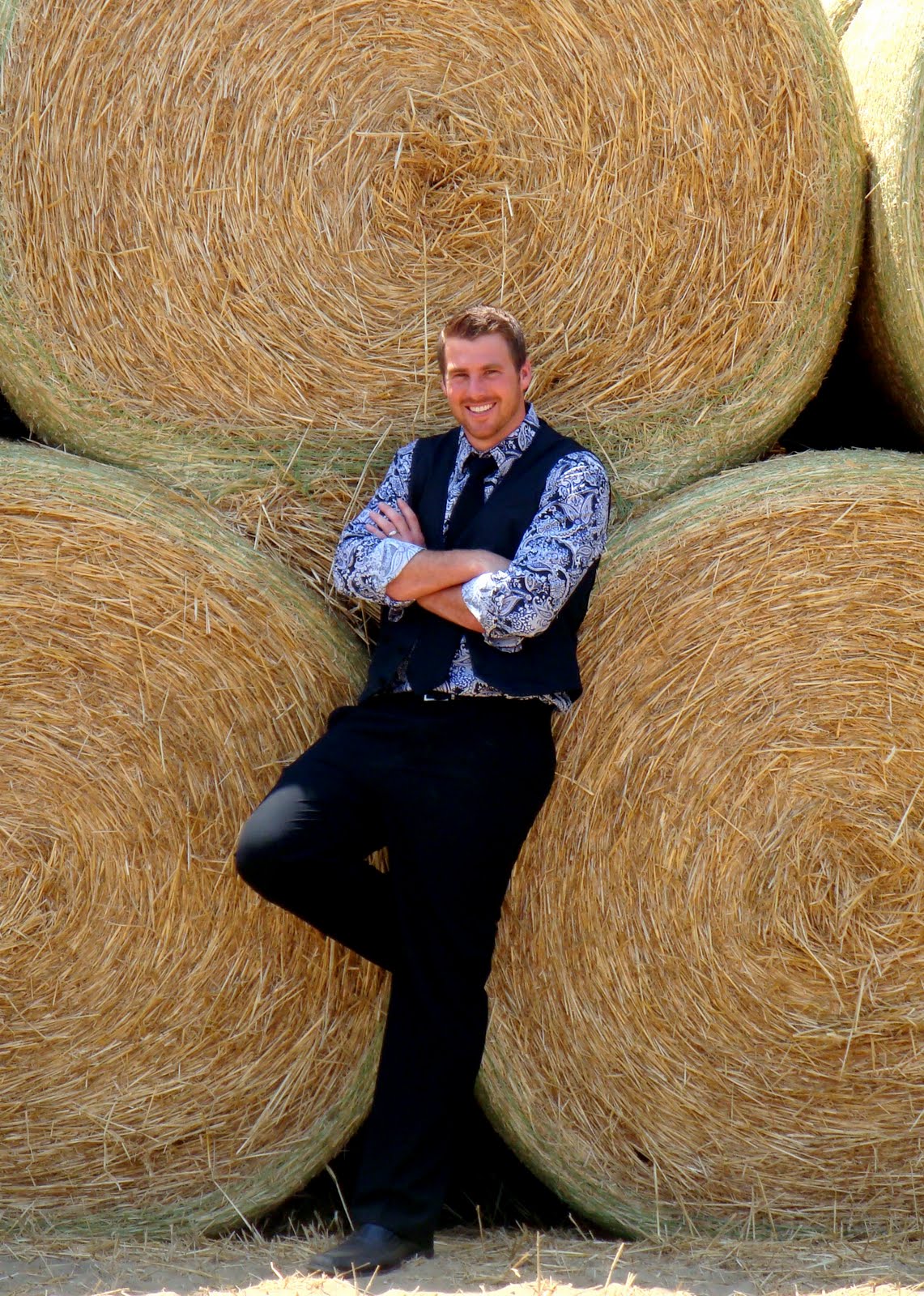 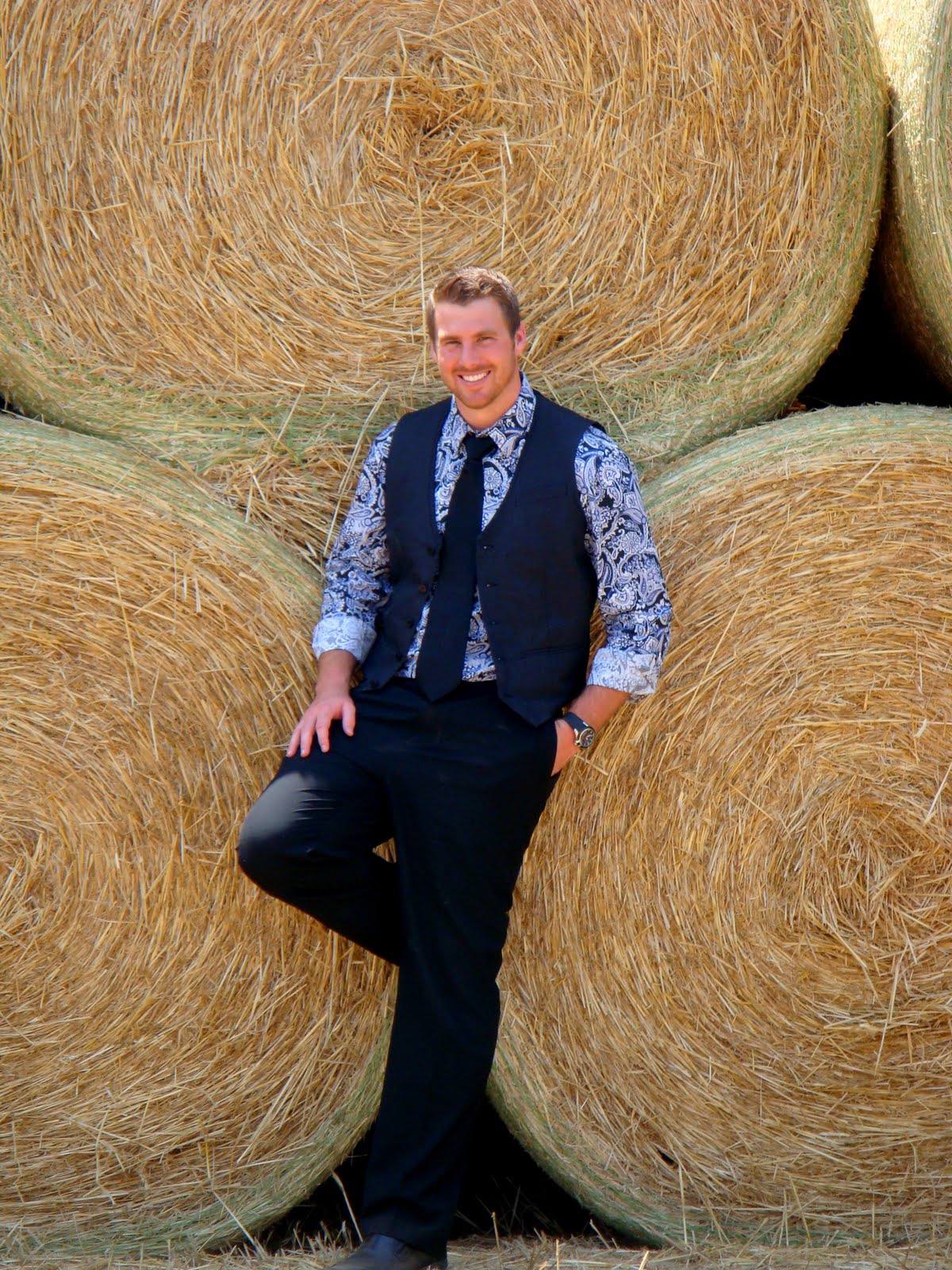 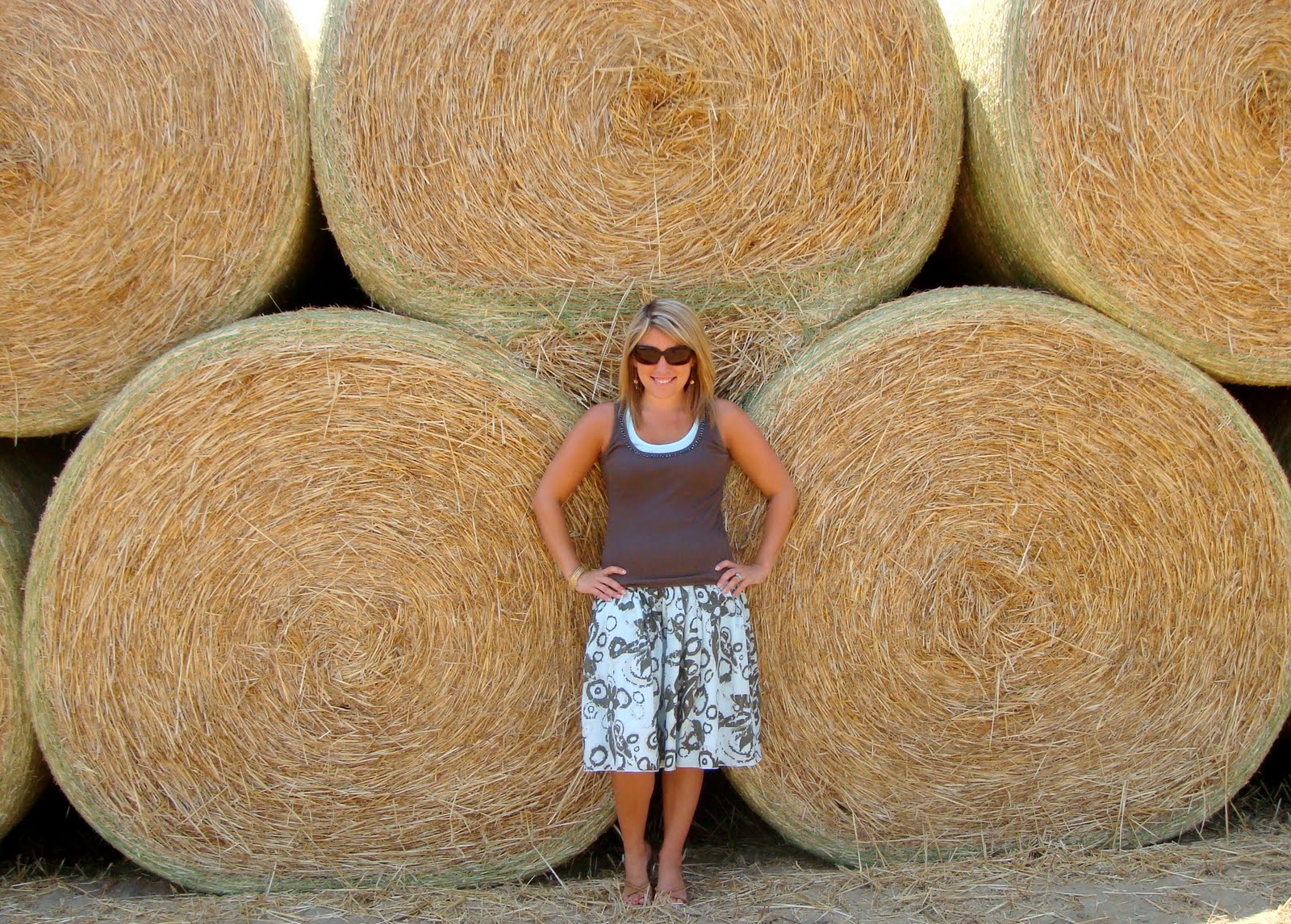 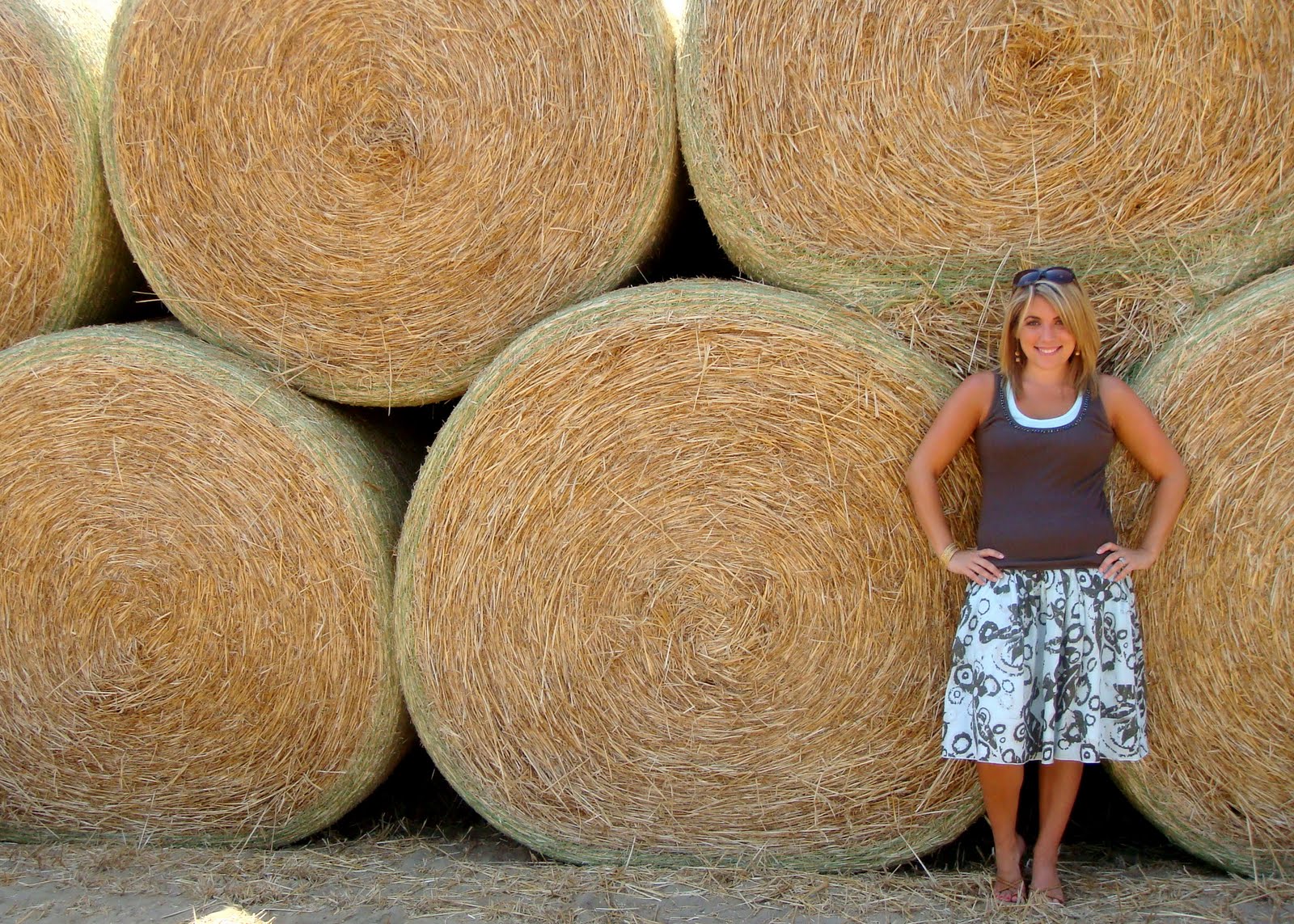 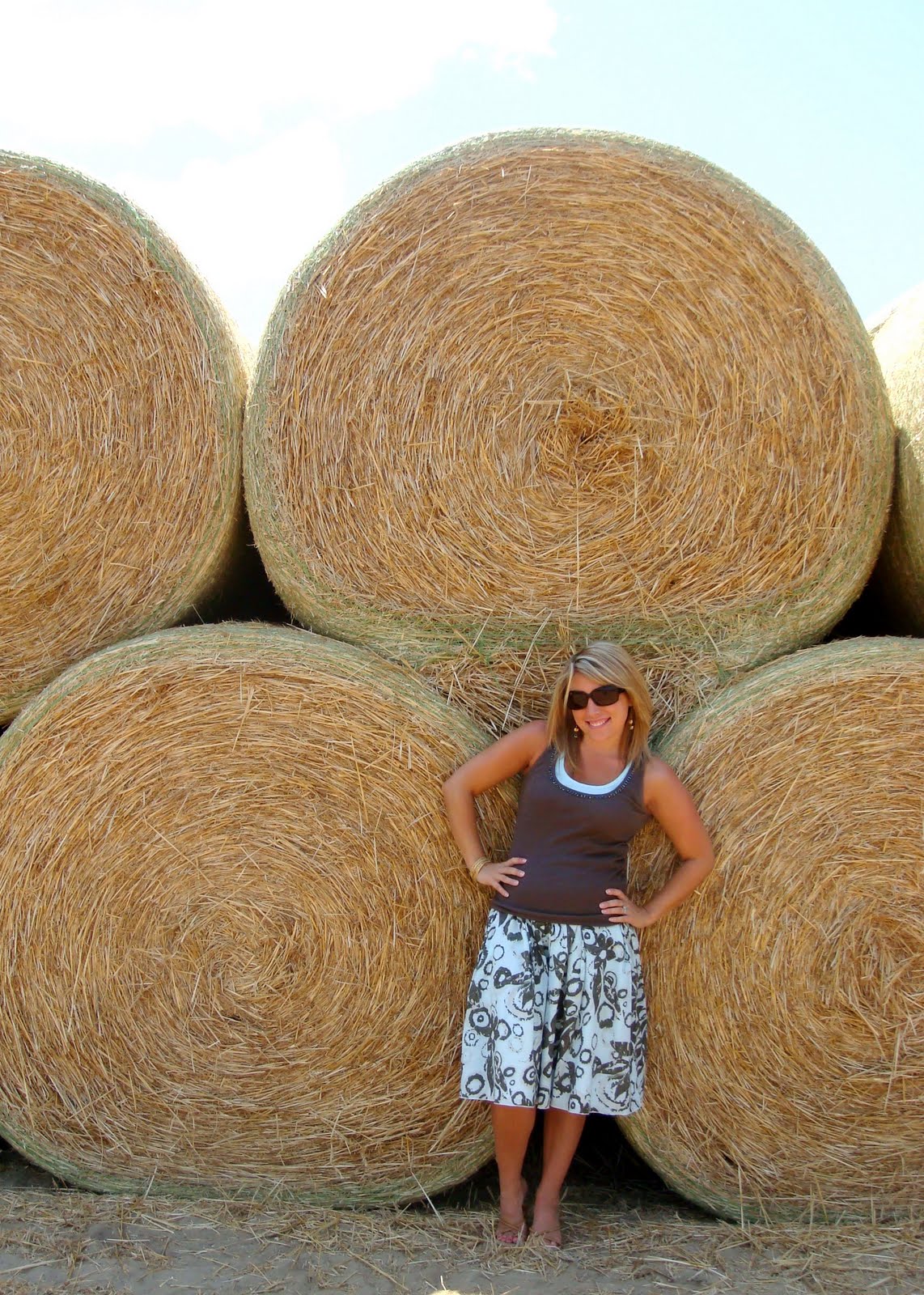 We have a REALLY cool old barn surrounded by beautiful trees (it’s actually wear we did Kye’s 6 month photo shoot…in the red chair!) and I want to take Kye out there for some pictures sometime before the grass gets too long. He’s from the country so why not embrace it? You won’t be seeing him wearing any overalls or having tractor themed bedrooms or wearing “pilgrim clothes” like many of the other kids around here, but I think some barn pictures would be cute 🙂