Every year our local library hosts a “Snow Day” where they bring in ice and call it snow 😉 For us in the south…it counts! Up until our ski trip this past December it’s the only “snow” our kids have seen! It’s a fun event and is one we always try to be able to attend. This year it got canceled due to bad weather but they rescheduled it and we happened to not have any plans so it worked out! It was a beautiful afternoon and a great outing! We got there after Tess nursed and made it home by the time she was ready for her cat nap 🙂 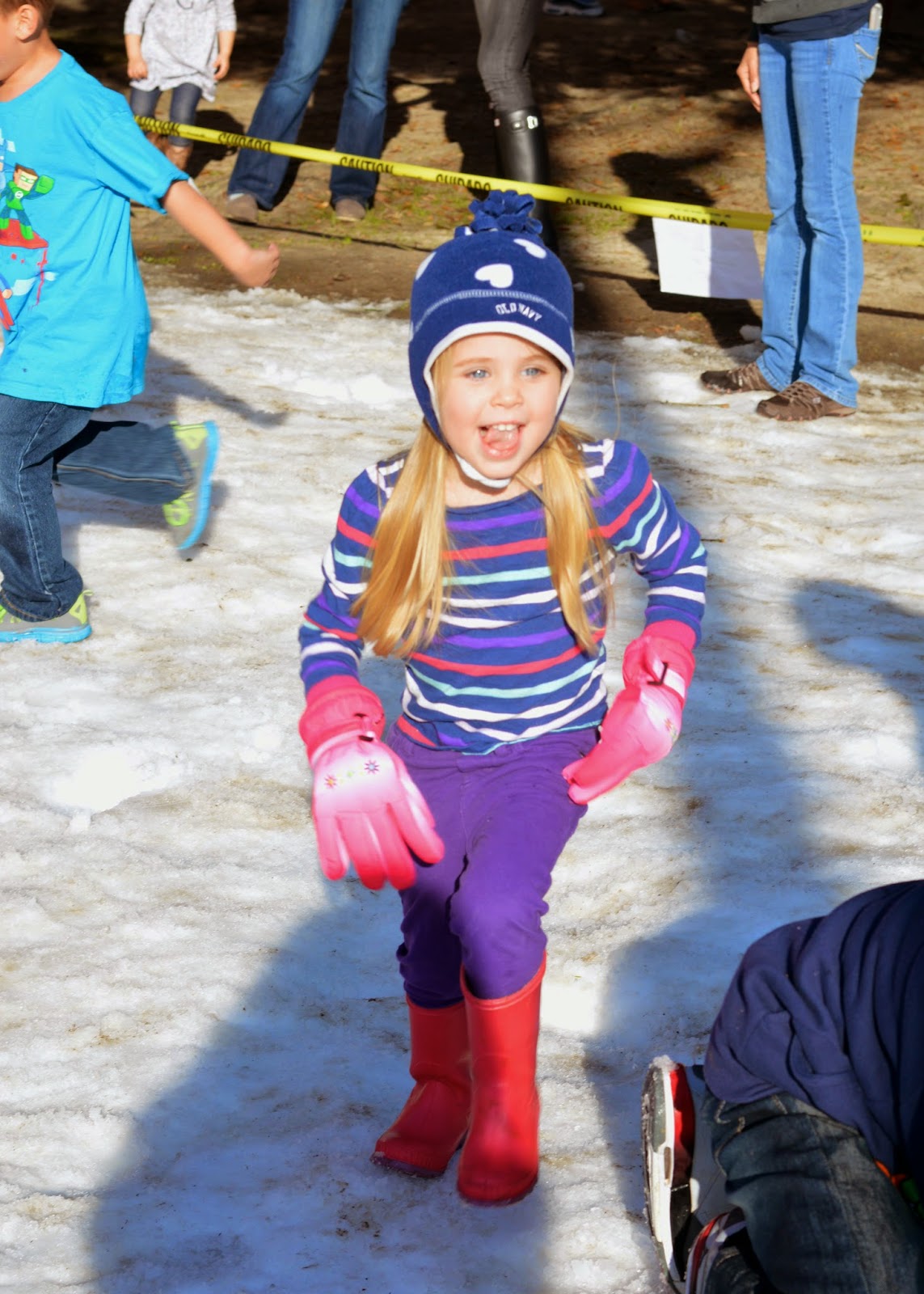 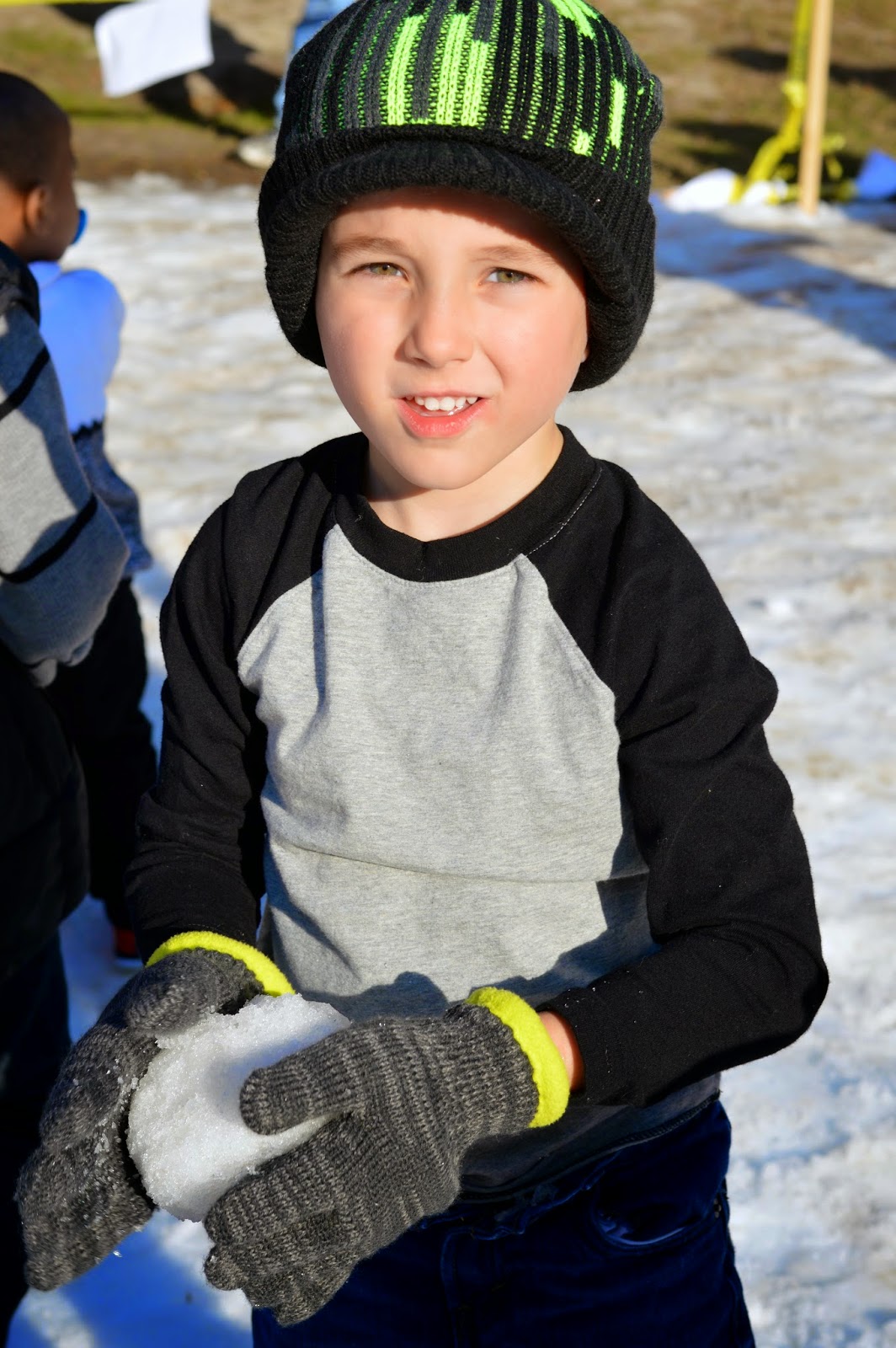 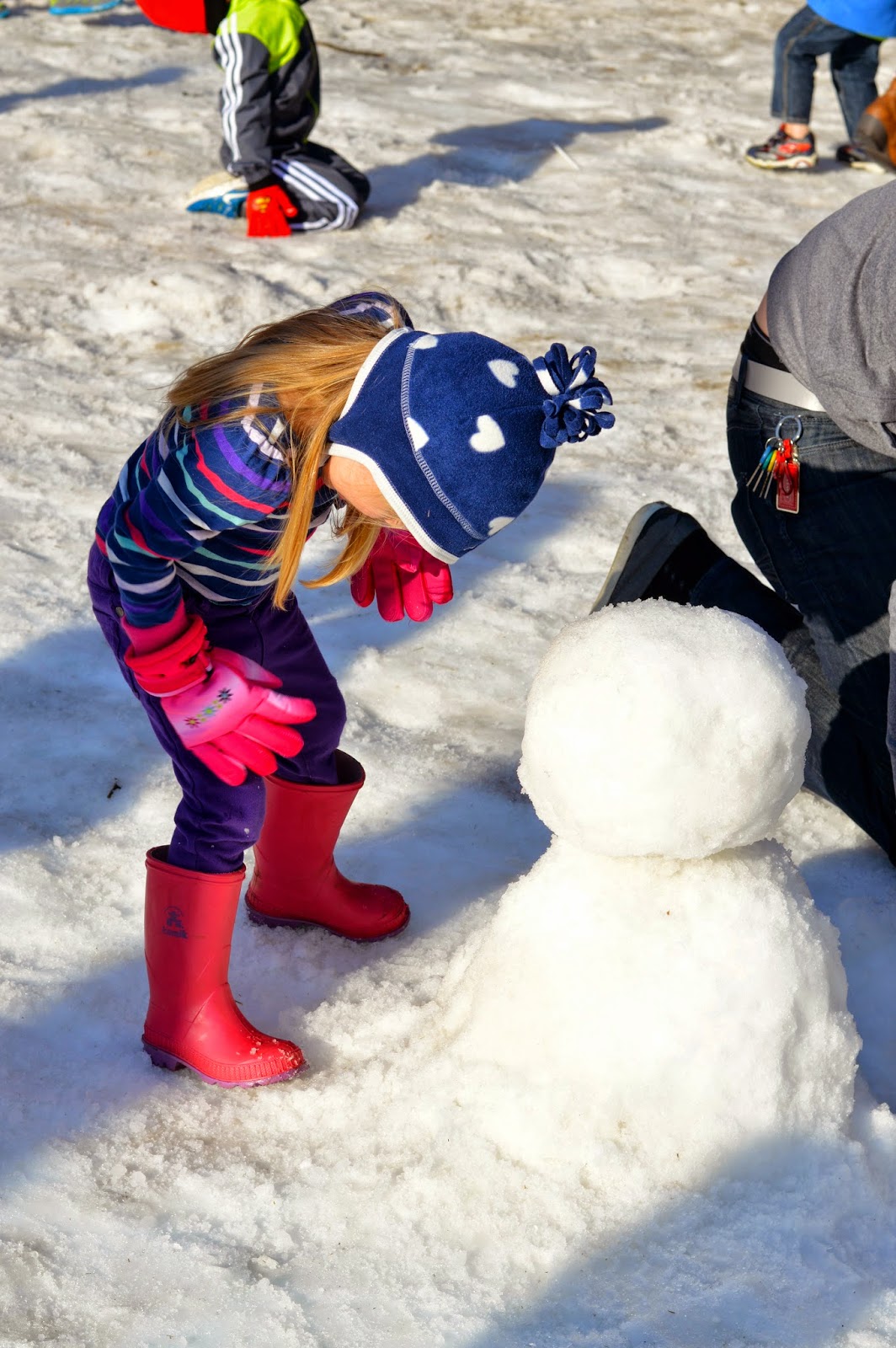 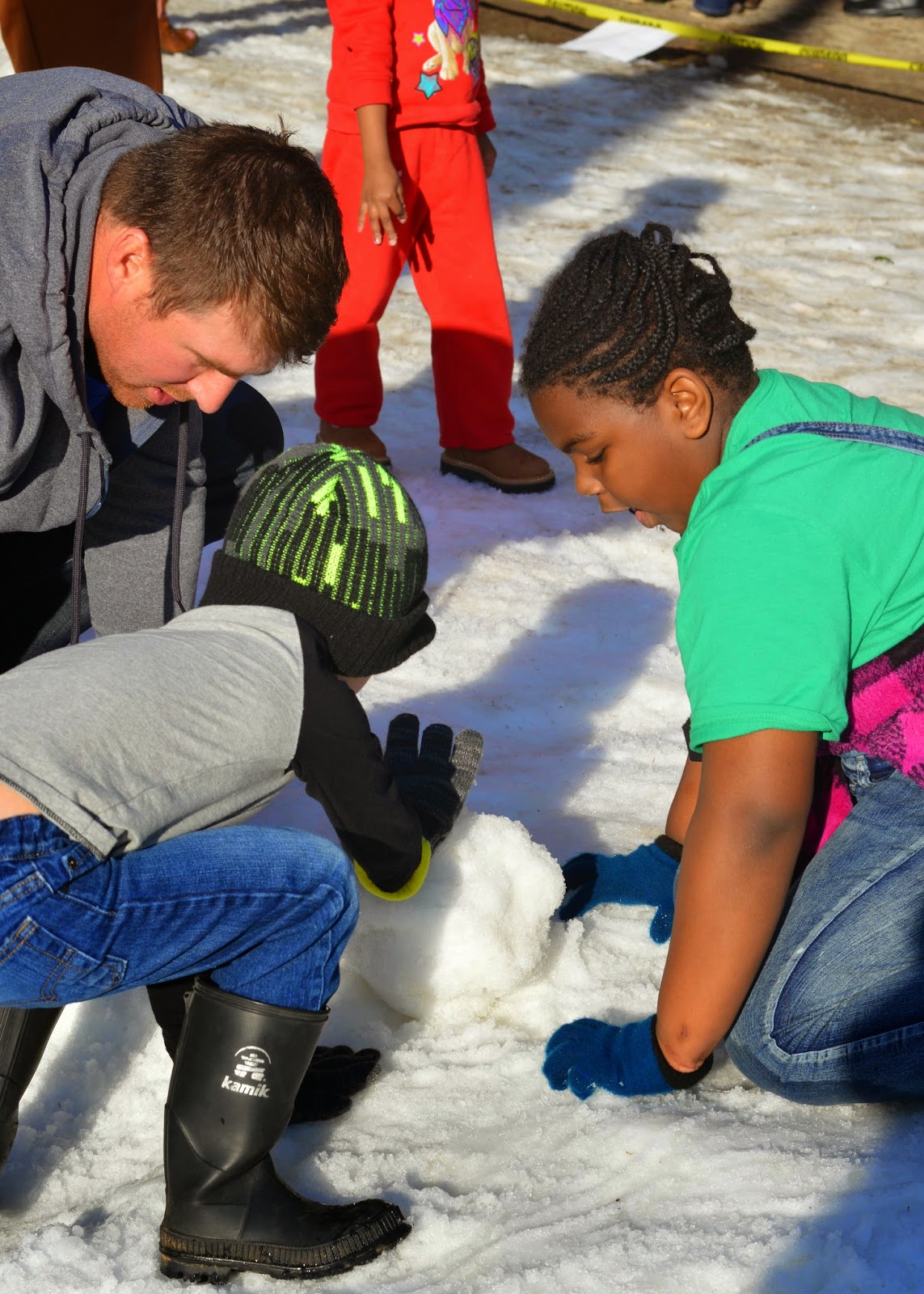 (Tess doesn’t look too impressed by it all ha! I’ve decided she’s like her mama and prefers indoor activities!) 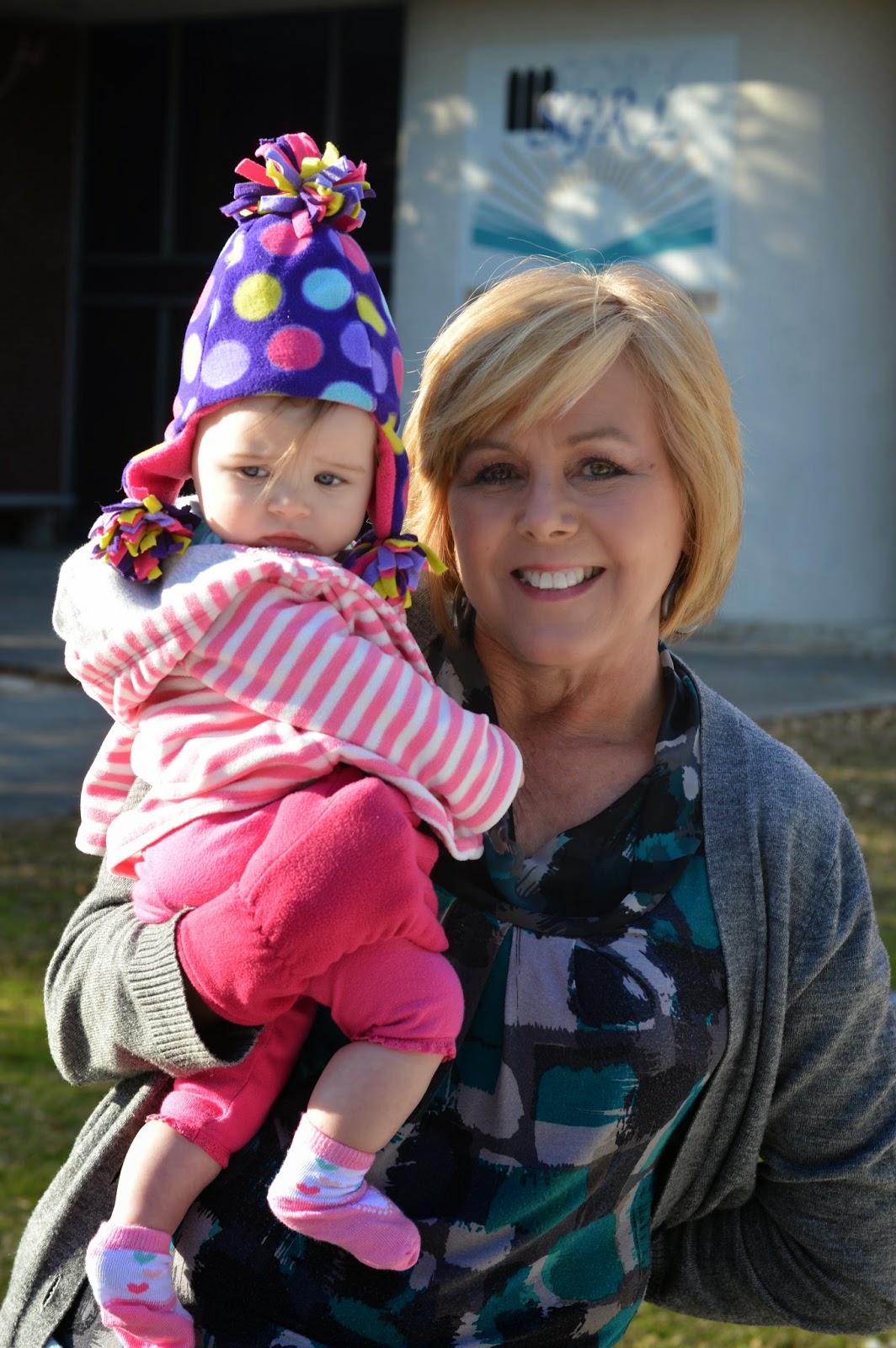 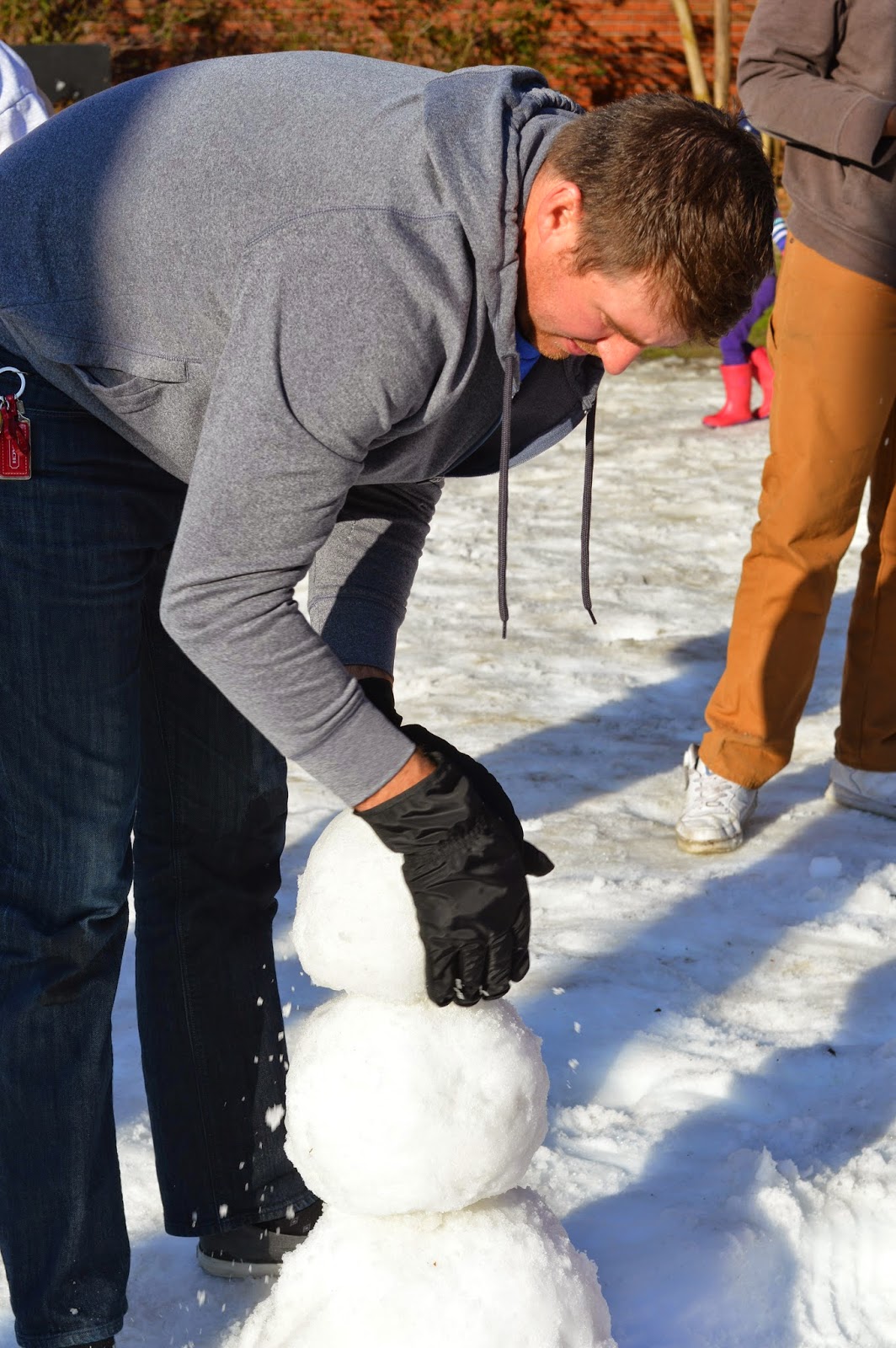 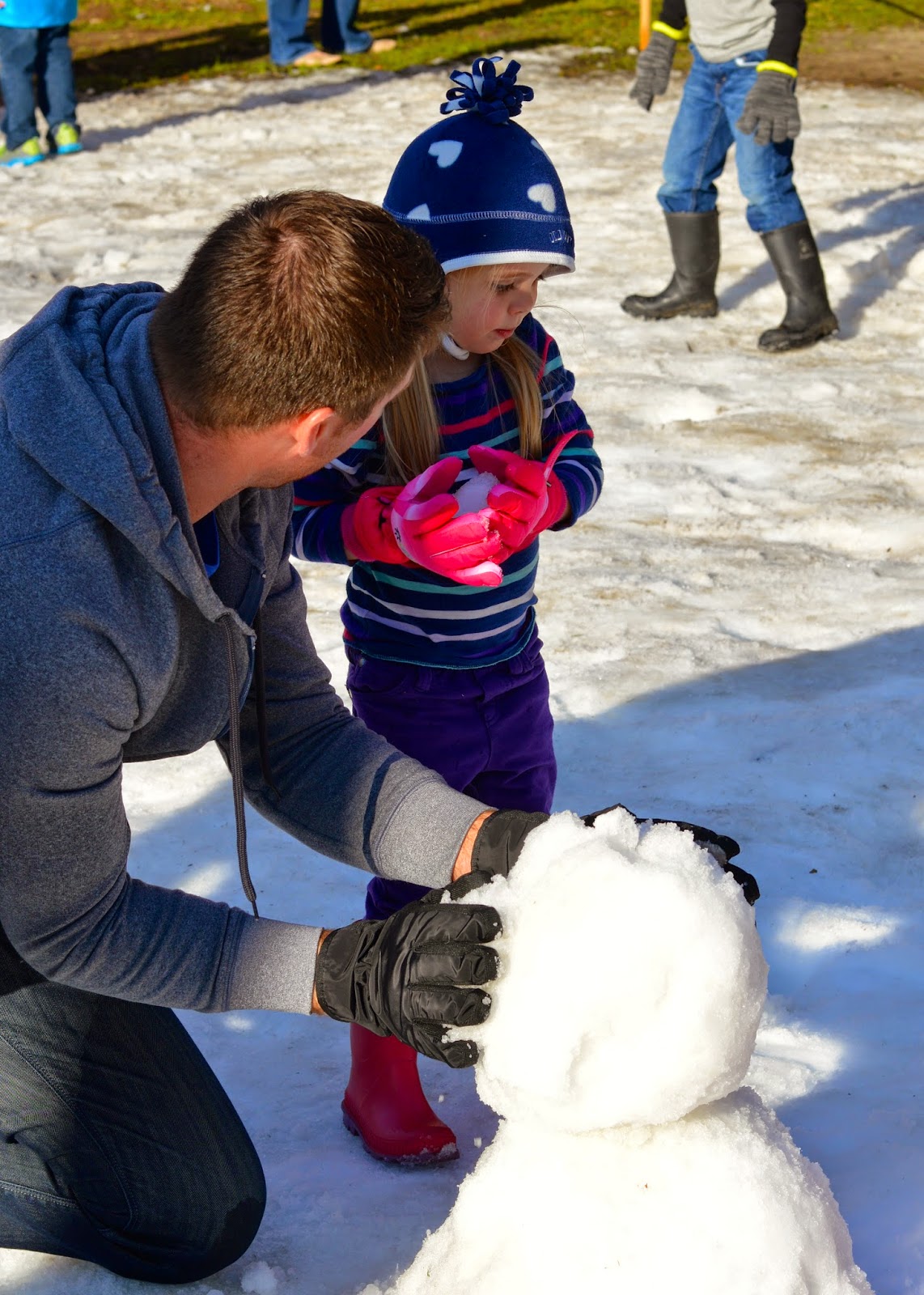 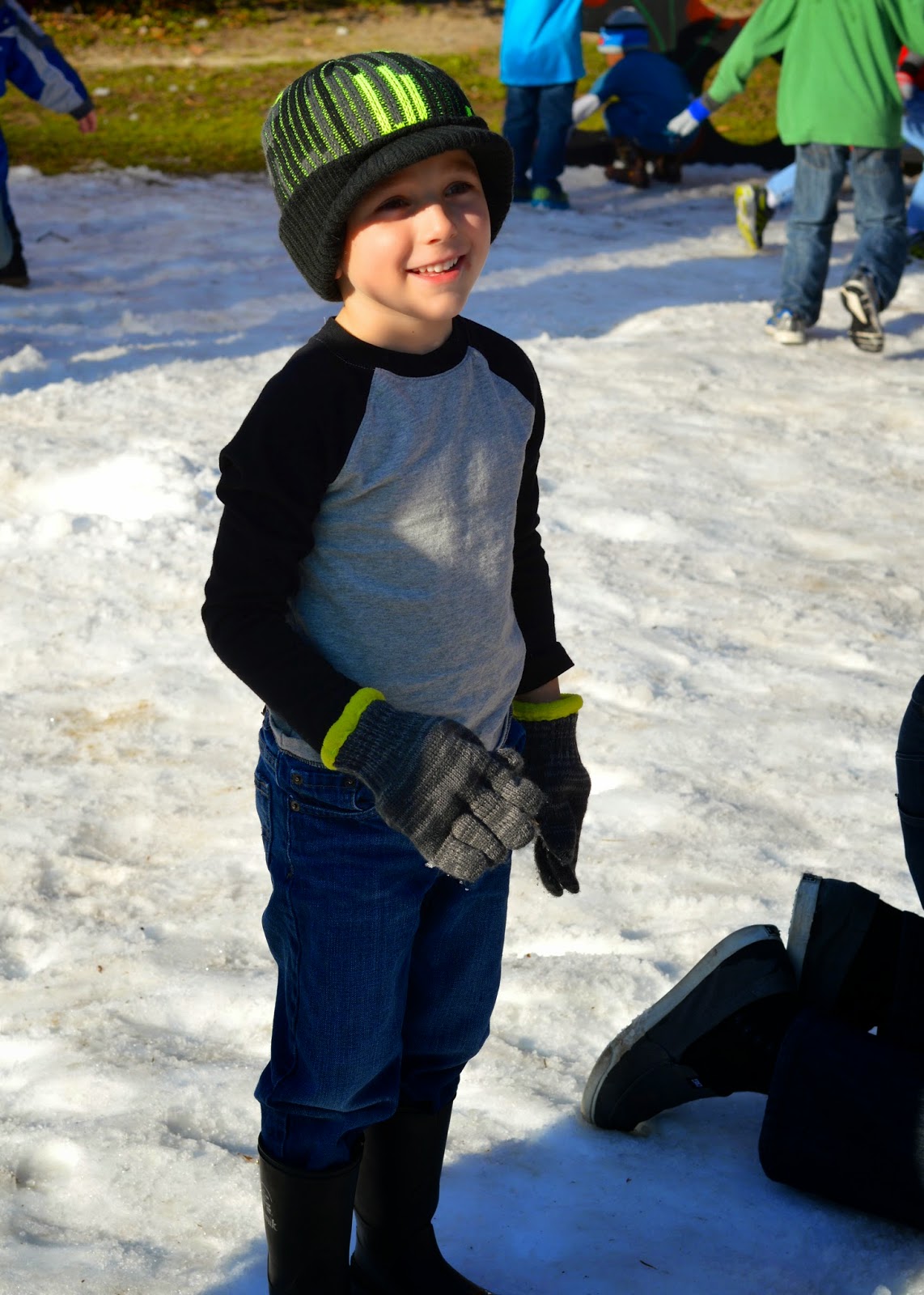 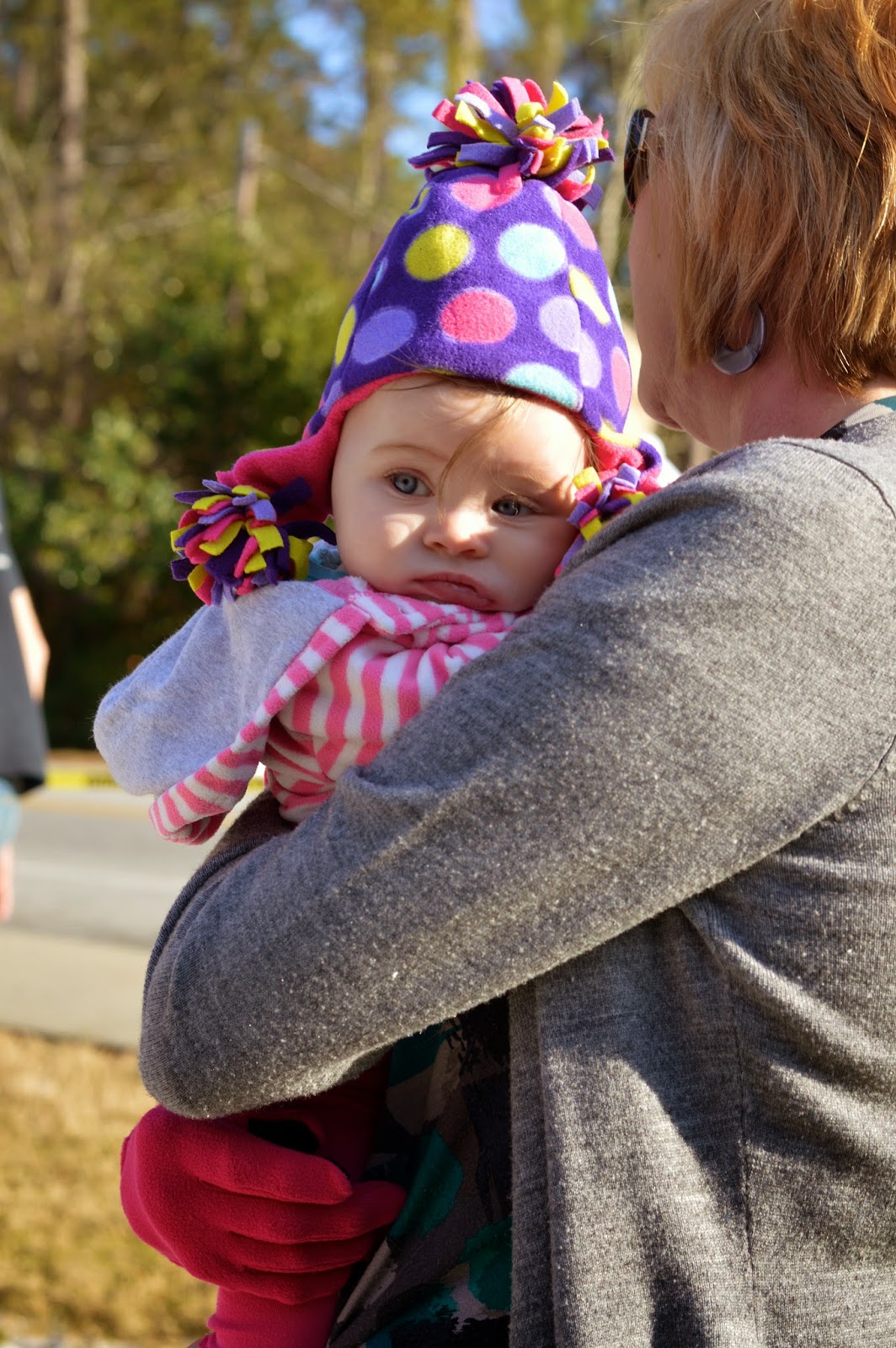 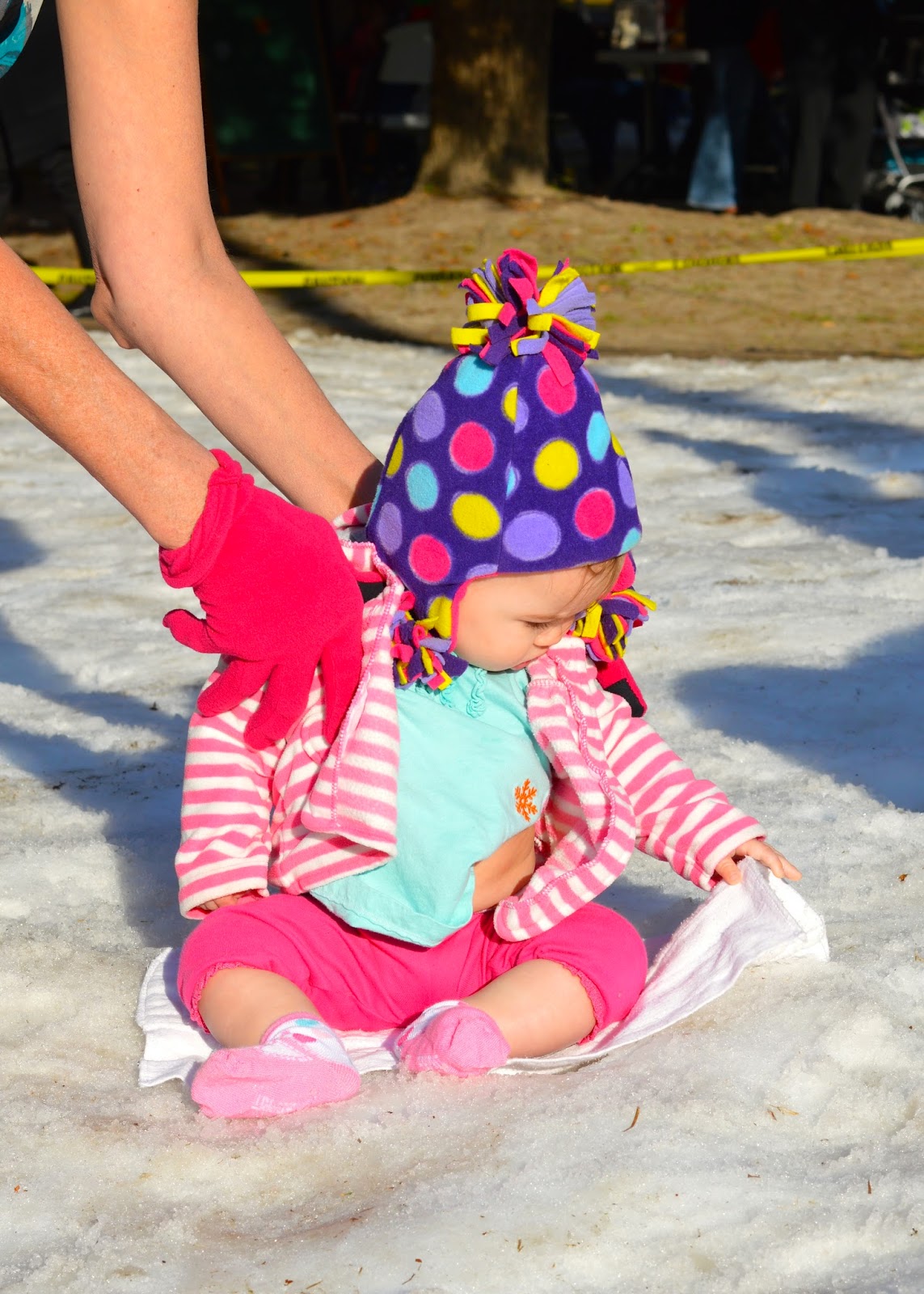 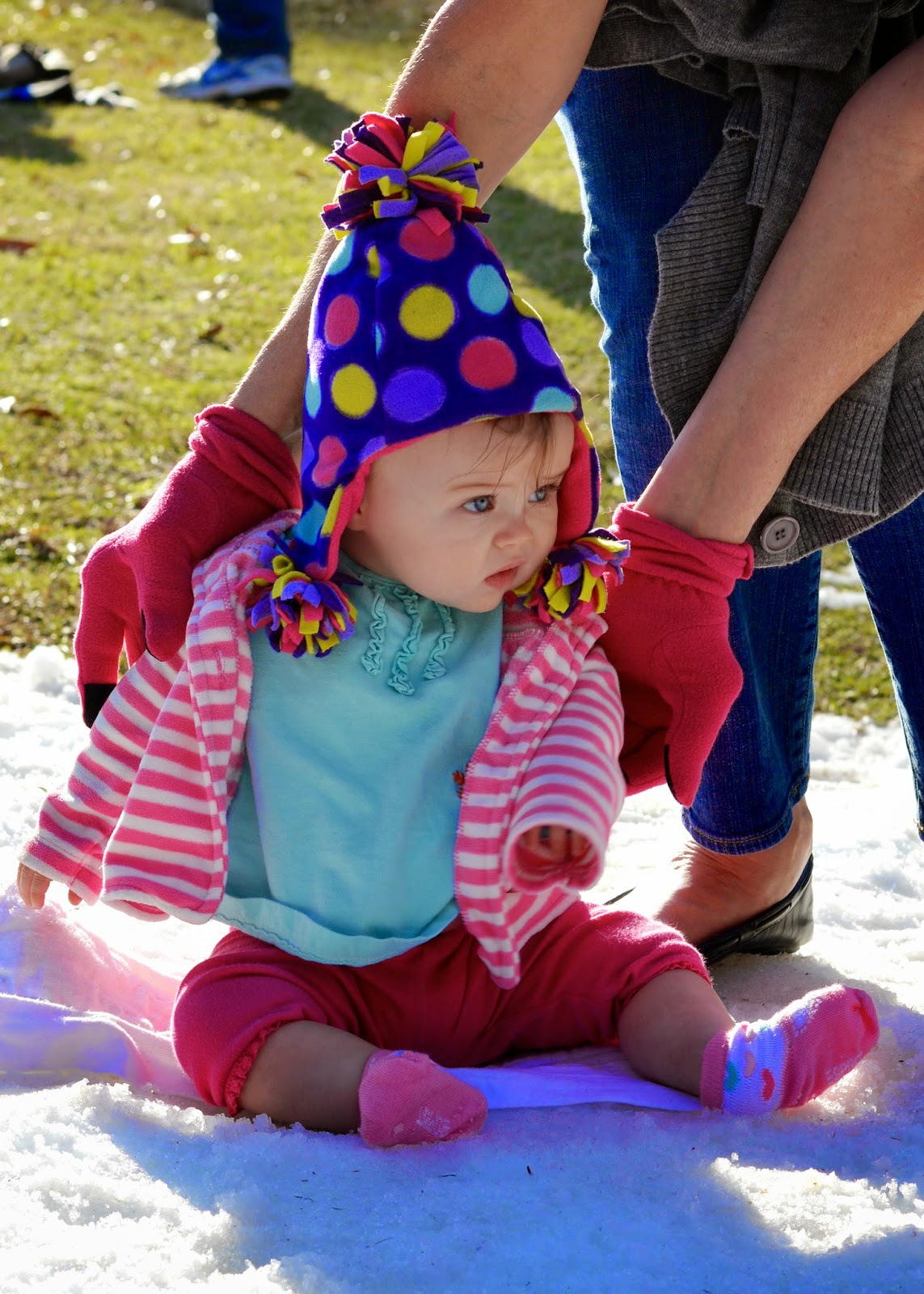 It was SO funny…Mrs. Charlotte was super worried about Tess getting snow on her/being cold/etc. She supported her for the pics and was the one who thought of putting the burp rag on the ground so she wouldn’t get wet. When I got done taking pics of her Mrs. Charlotte lost her grip and Tess fell face down into the “snow.” She was FINE but it was SO funny! Mrs. Charlotte and I were cracking up b/c she had been so worried about Tess being cold from the wet “snow” and then she dropped her in it bahahaa. It still makes me laugh picturing her little face when we picked her up! 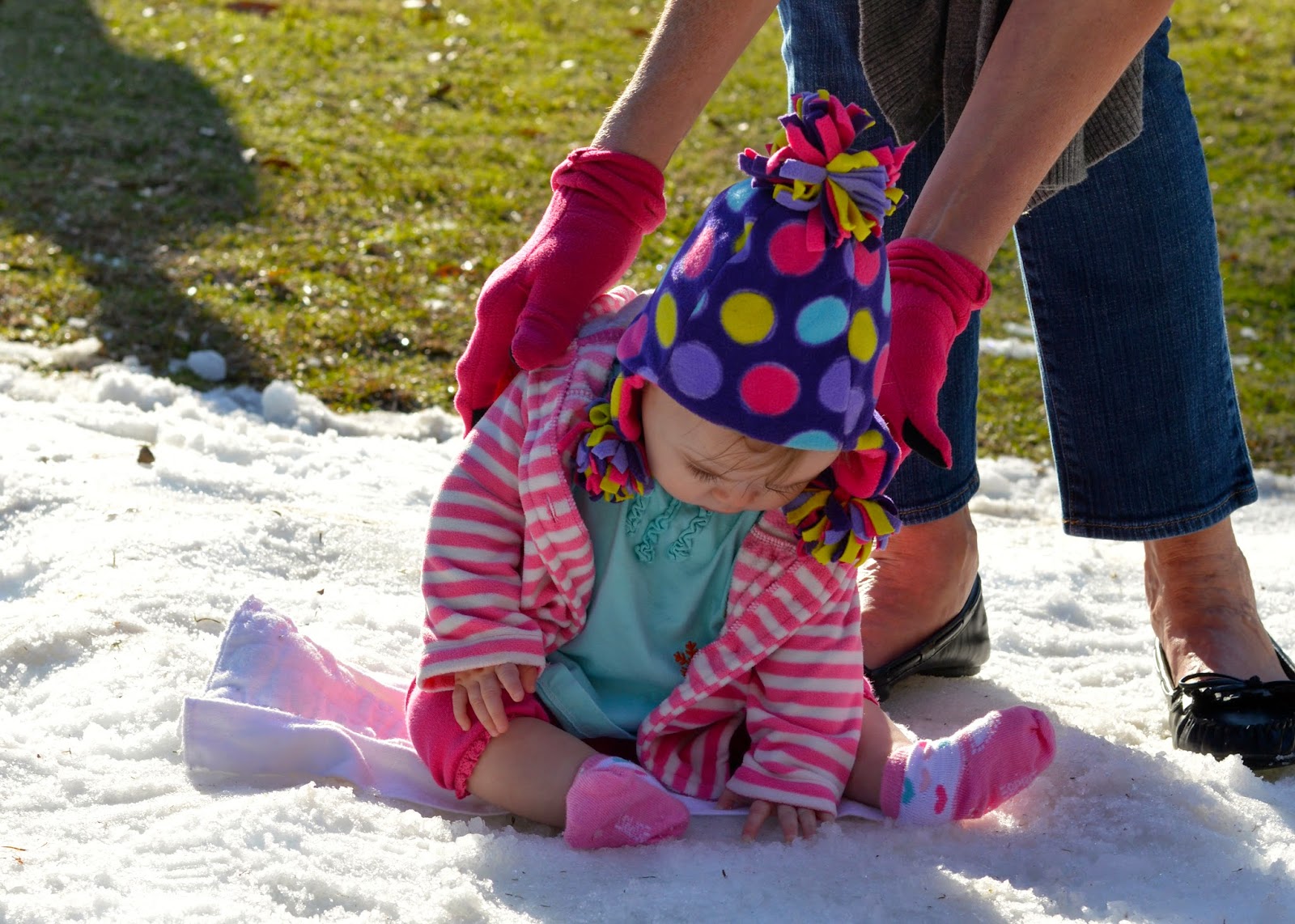 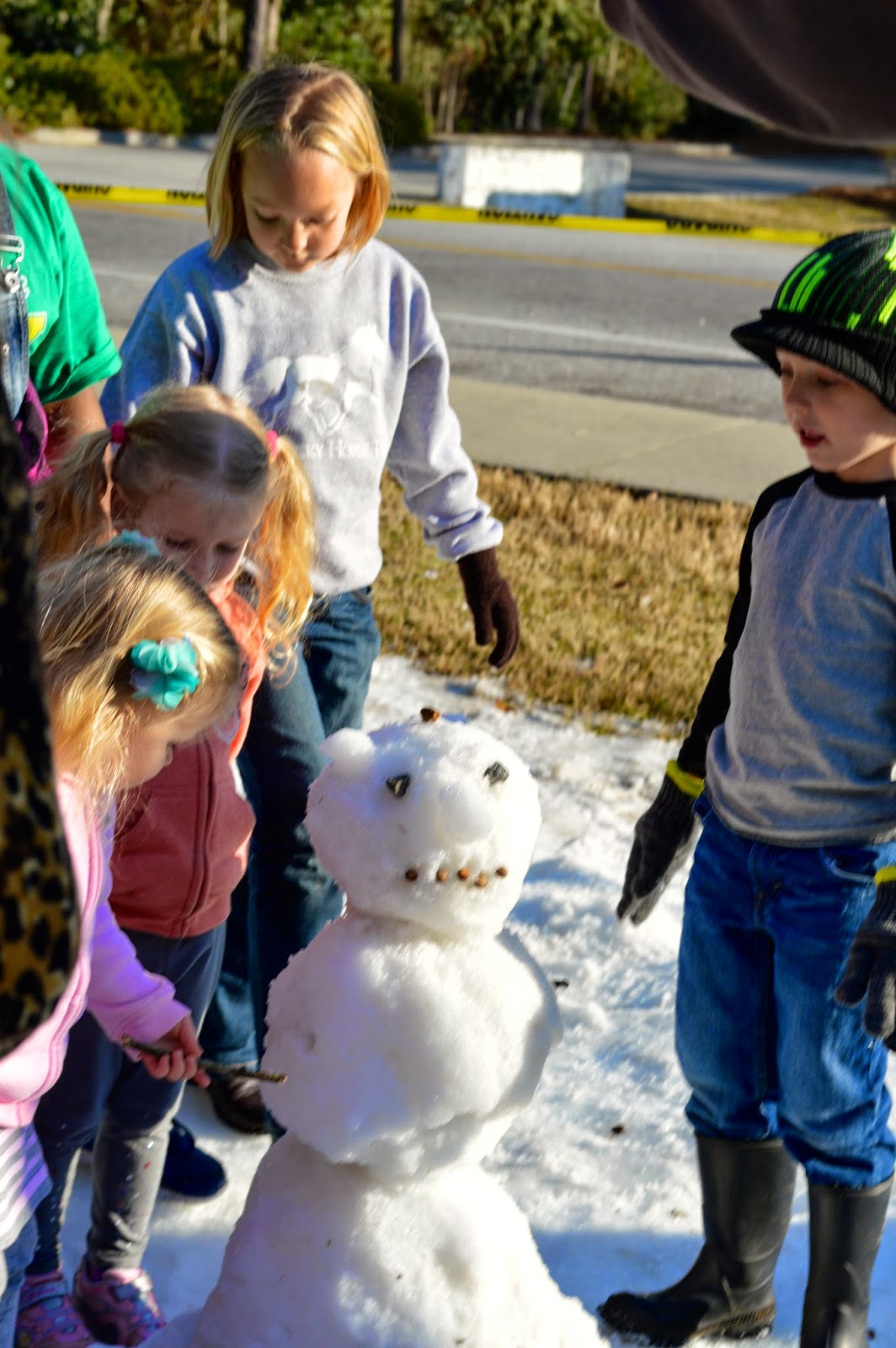 I love my husband…he took this pic for me and I laughed when I saw it. First, two kids heads are chopped off and second, you can barely even see the snowman 😉 At least Kye and Britt are in it though! 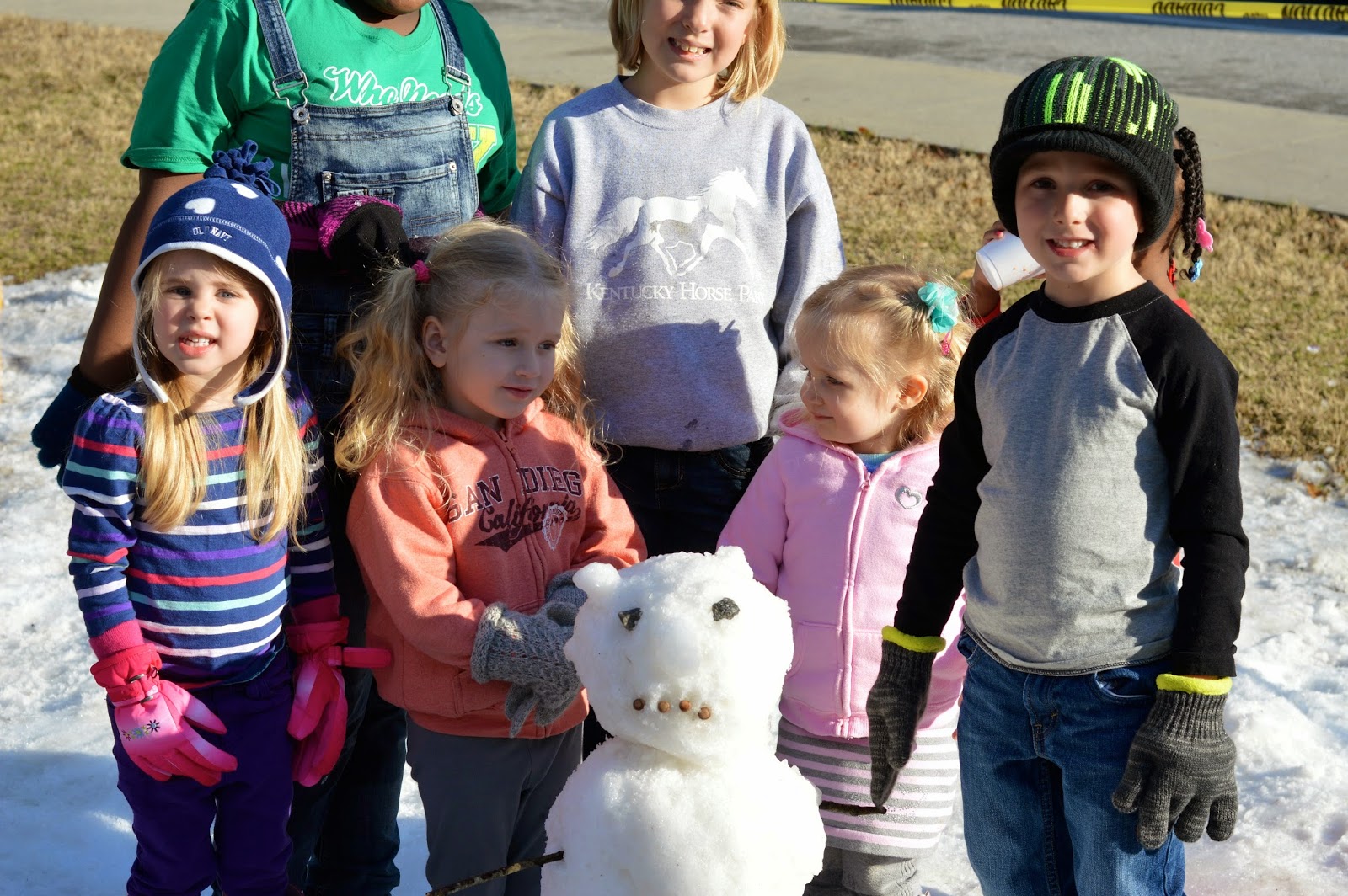 The snowball fighting was the big hit of the day for the kids. Kye has an ARM and accidentally hit a man RIGHT In the side of the face with a snowball. I was mortified embarrassed. Of course Kye apologized and the man was nice about it. But I mean that junk probably hurt. Oops. We had Kye face the building when throwing to help minimize anyone else getting hit! Daddy was the main target, of course! 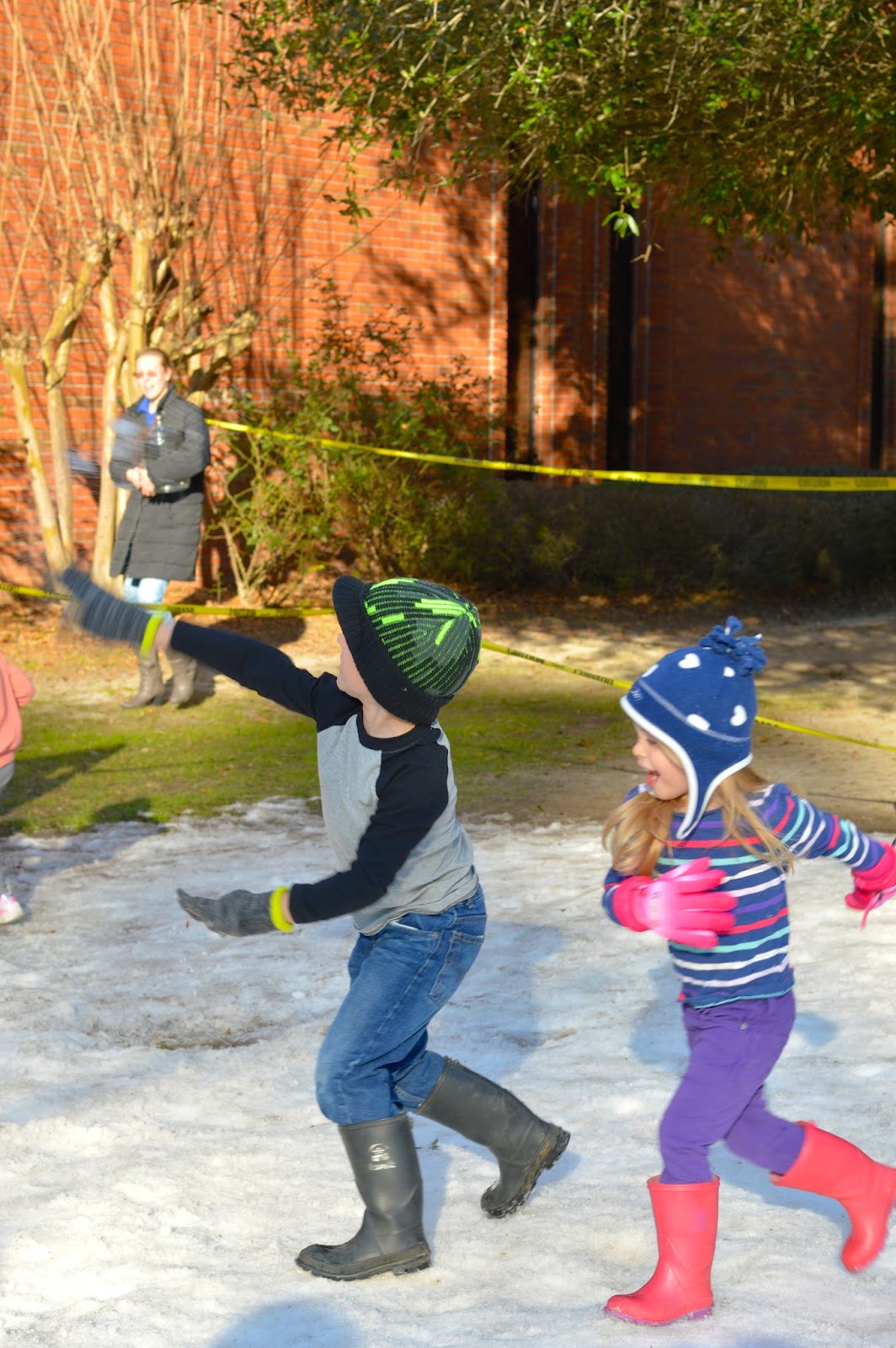 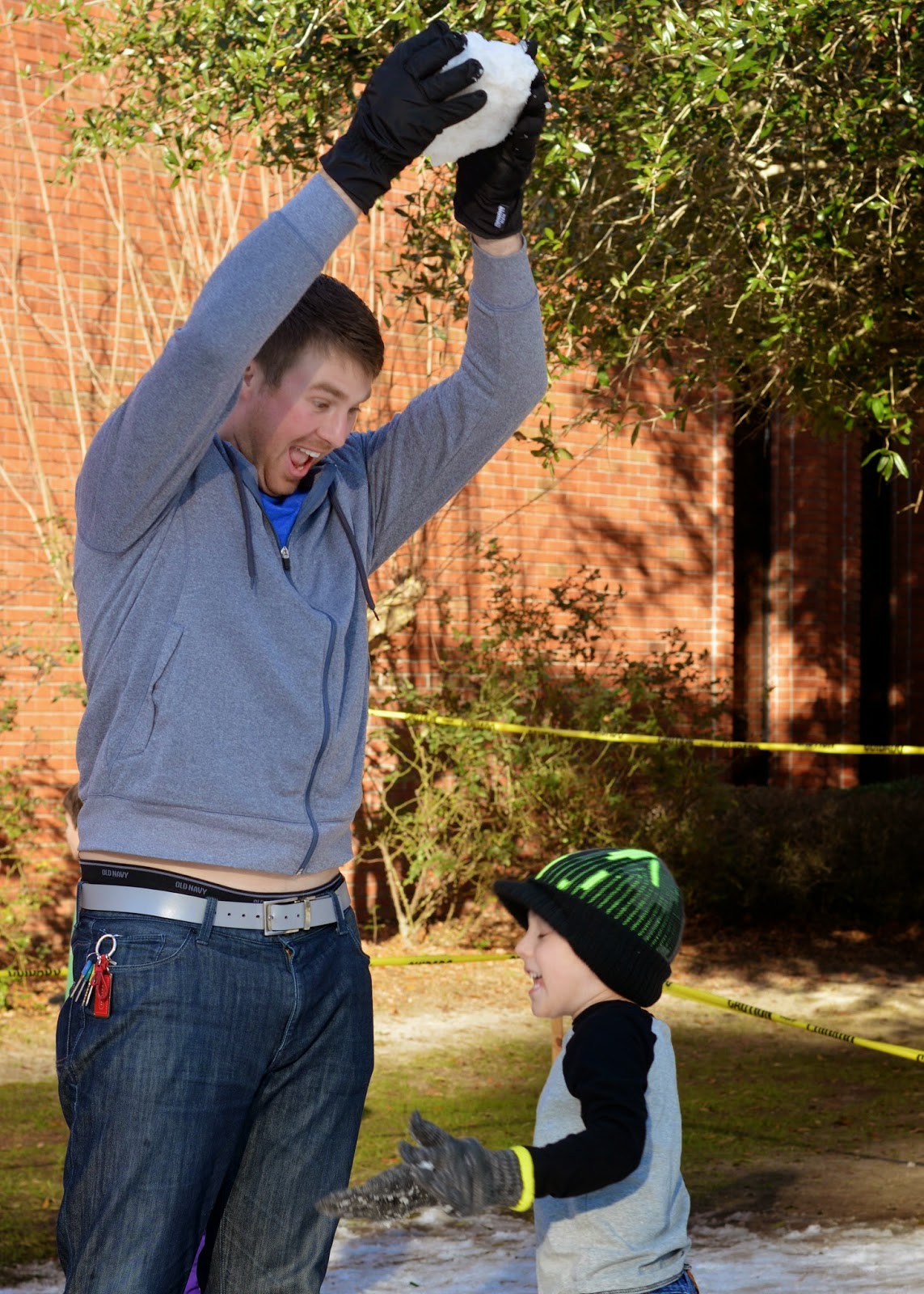 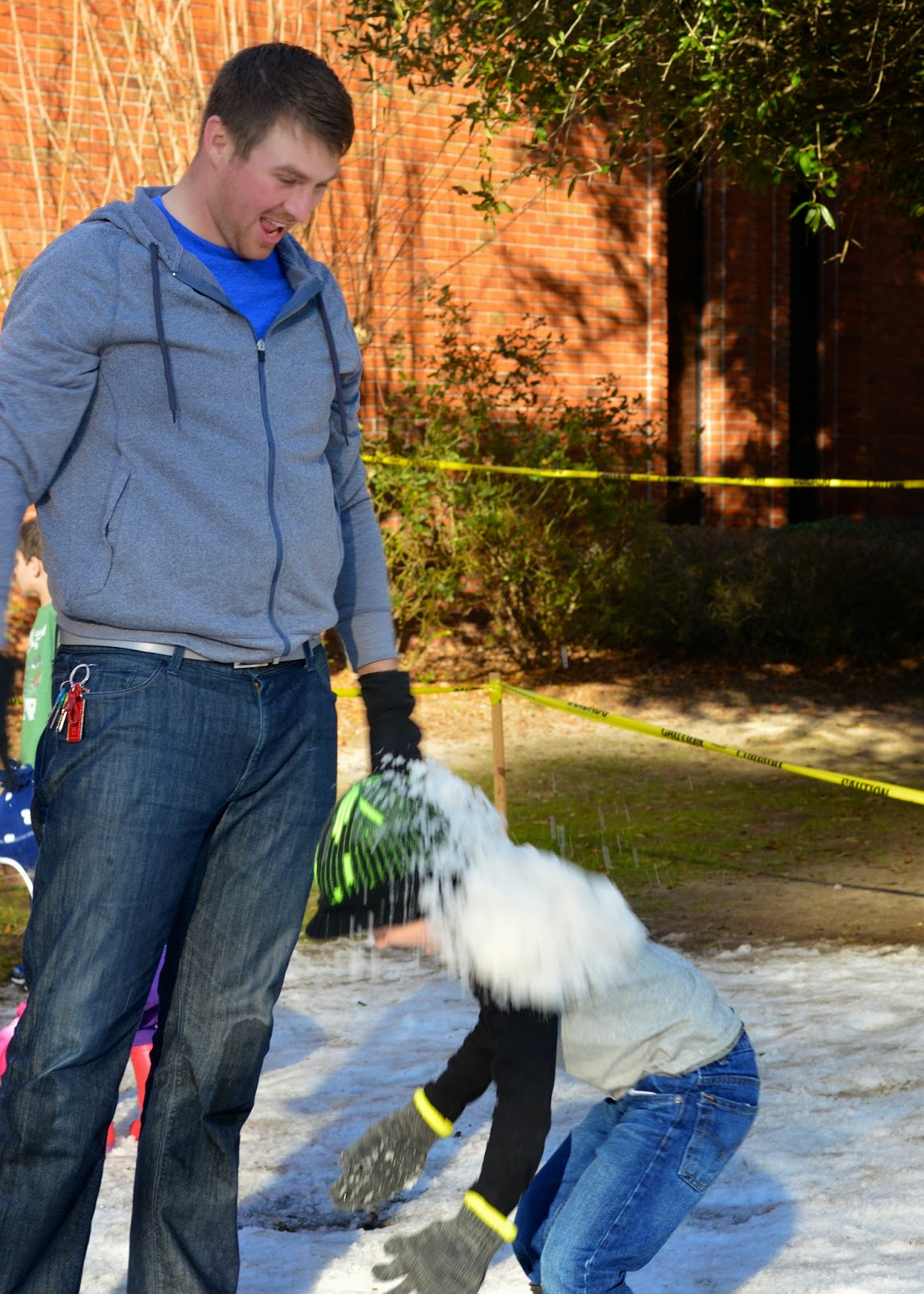 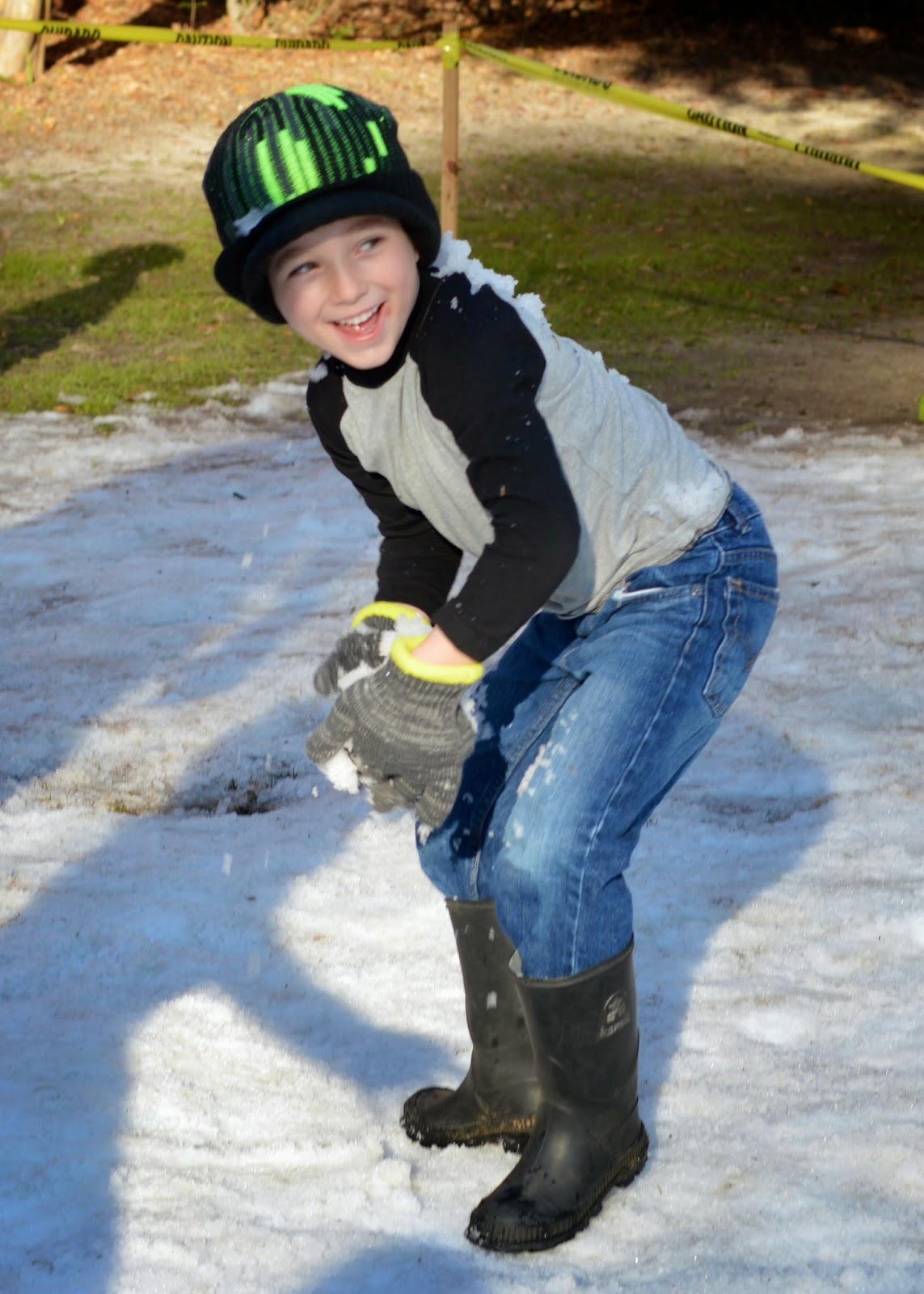 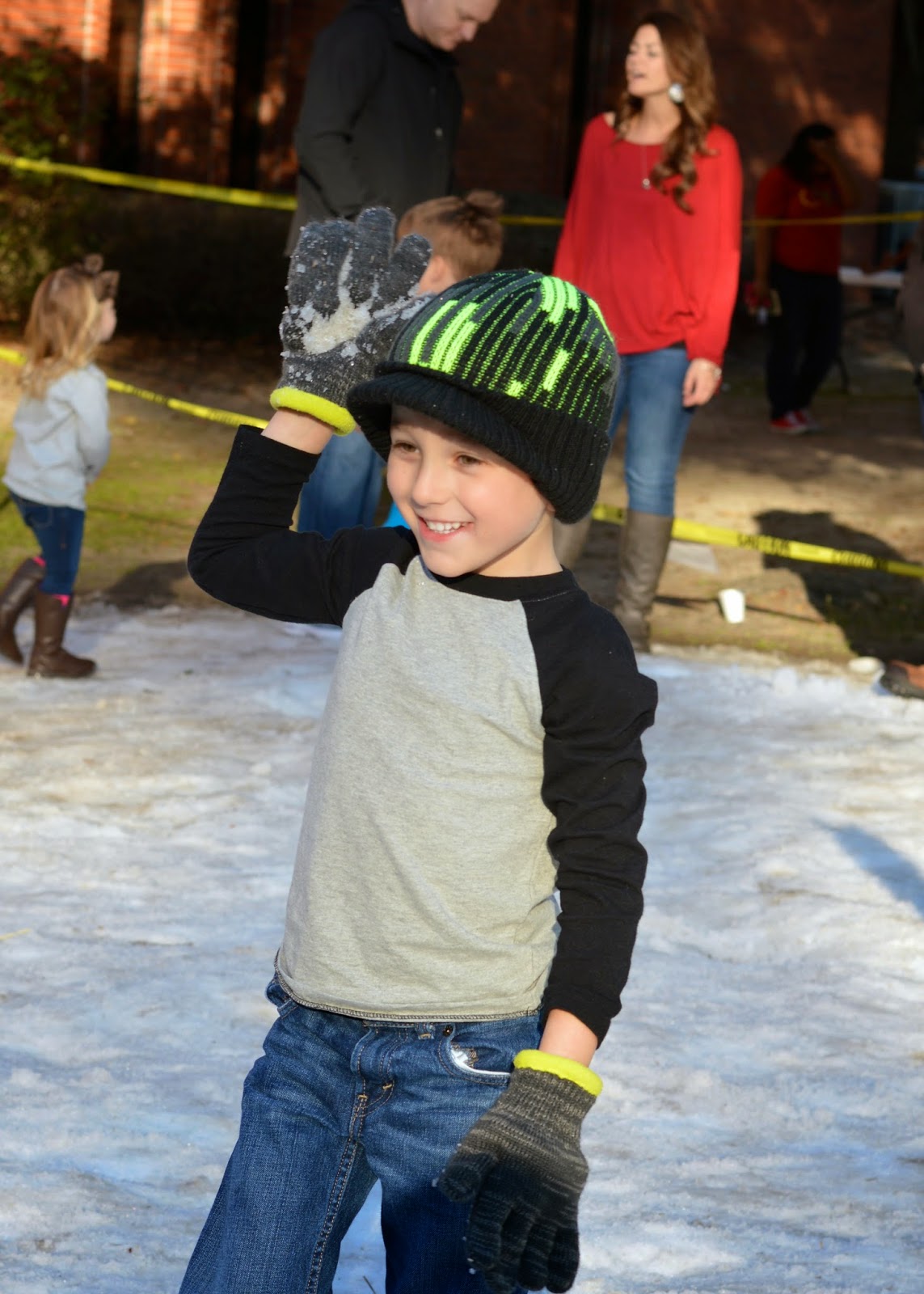 Kye had SO MUCH fun! 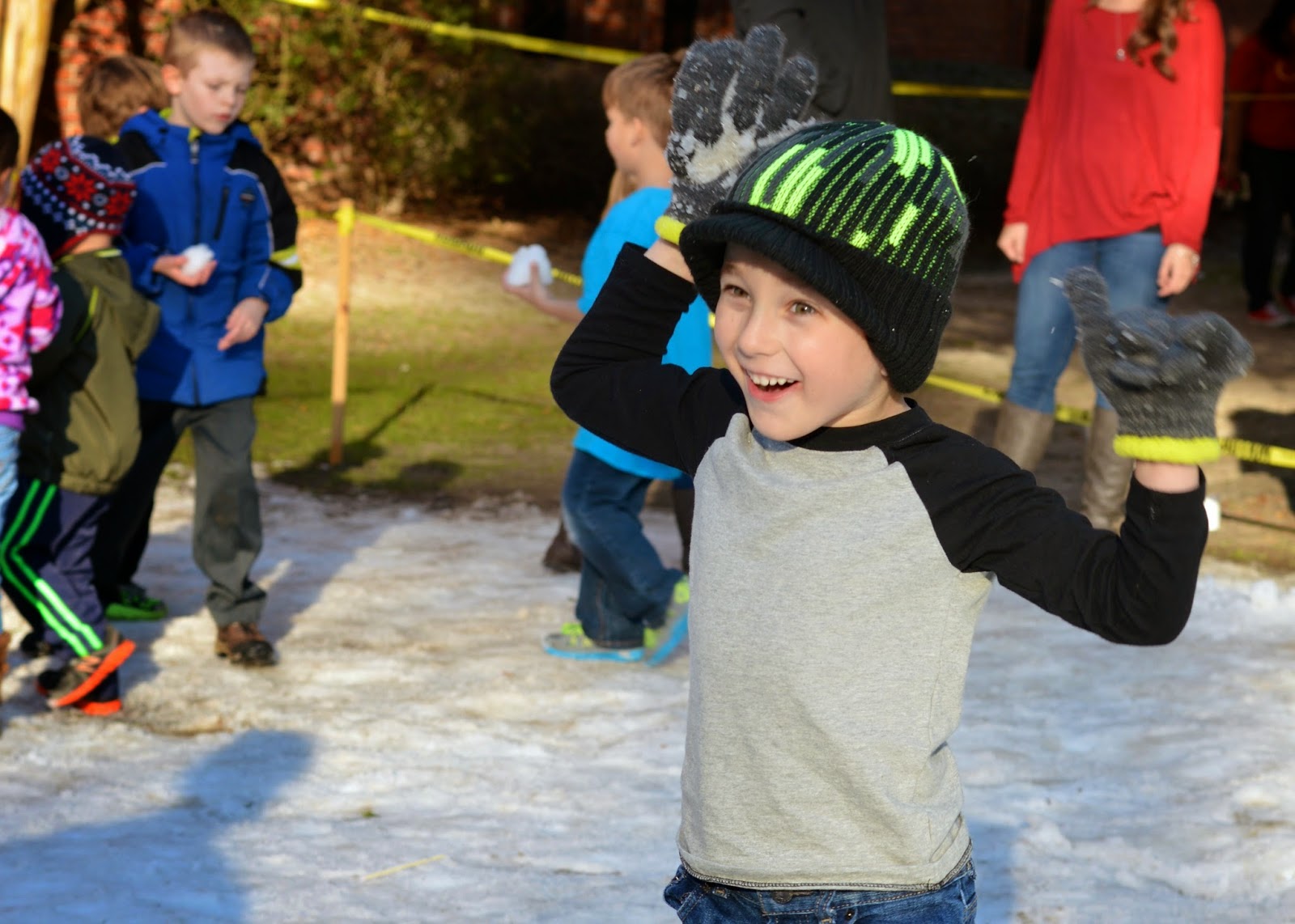 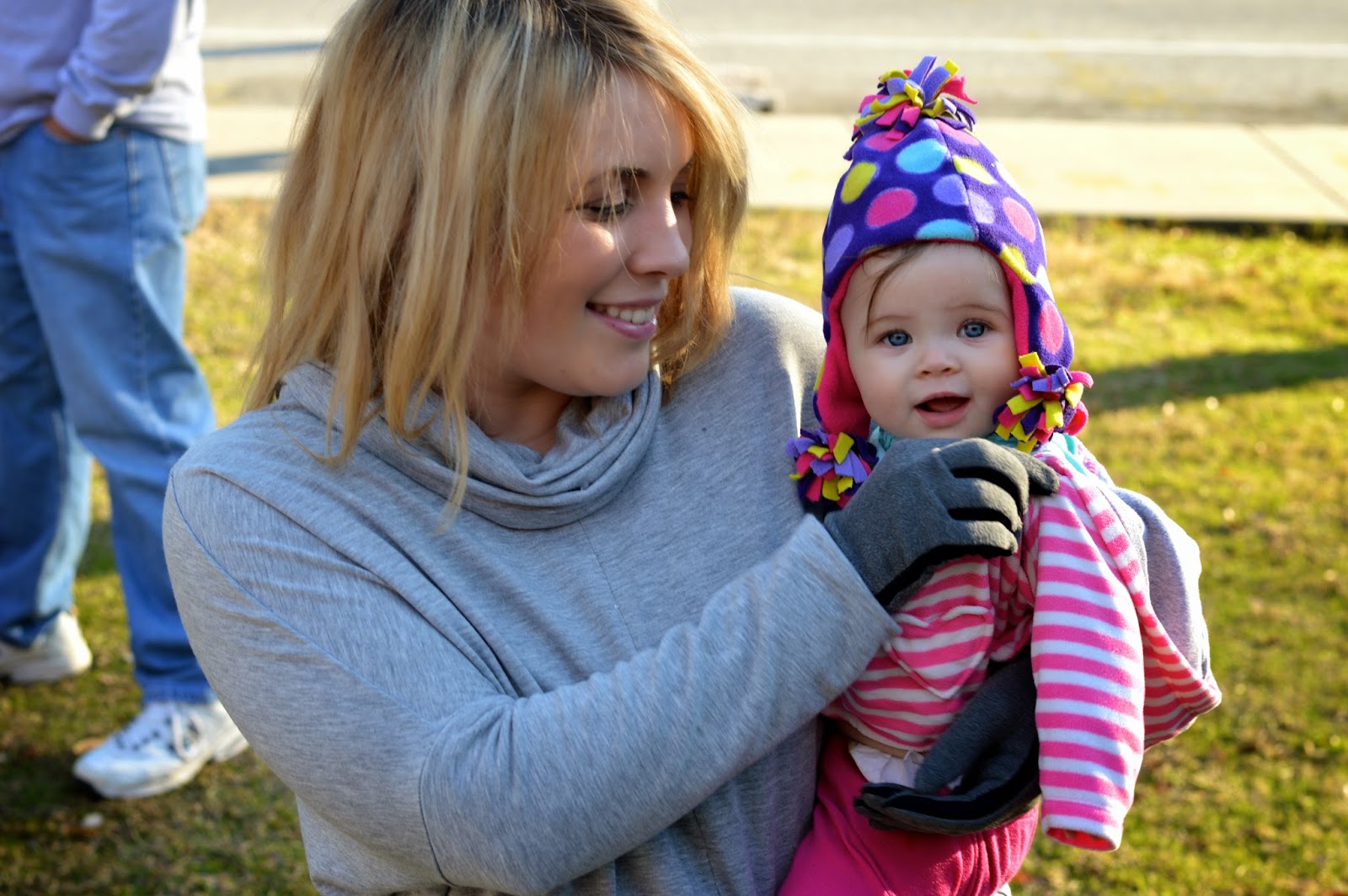 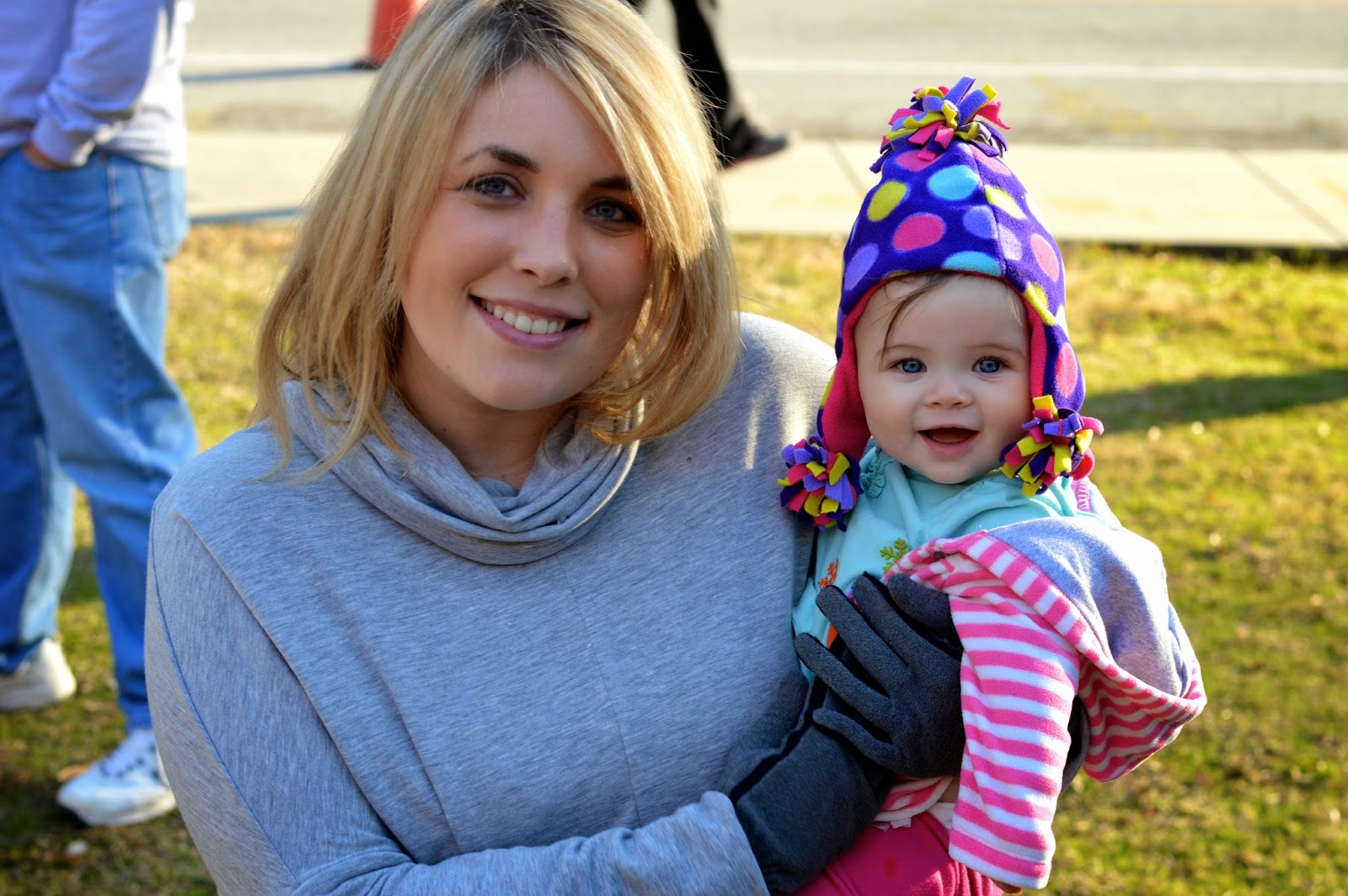 We have THE BEST G-Mama! 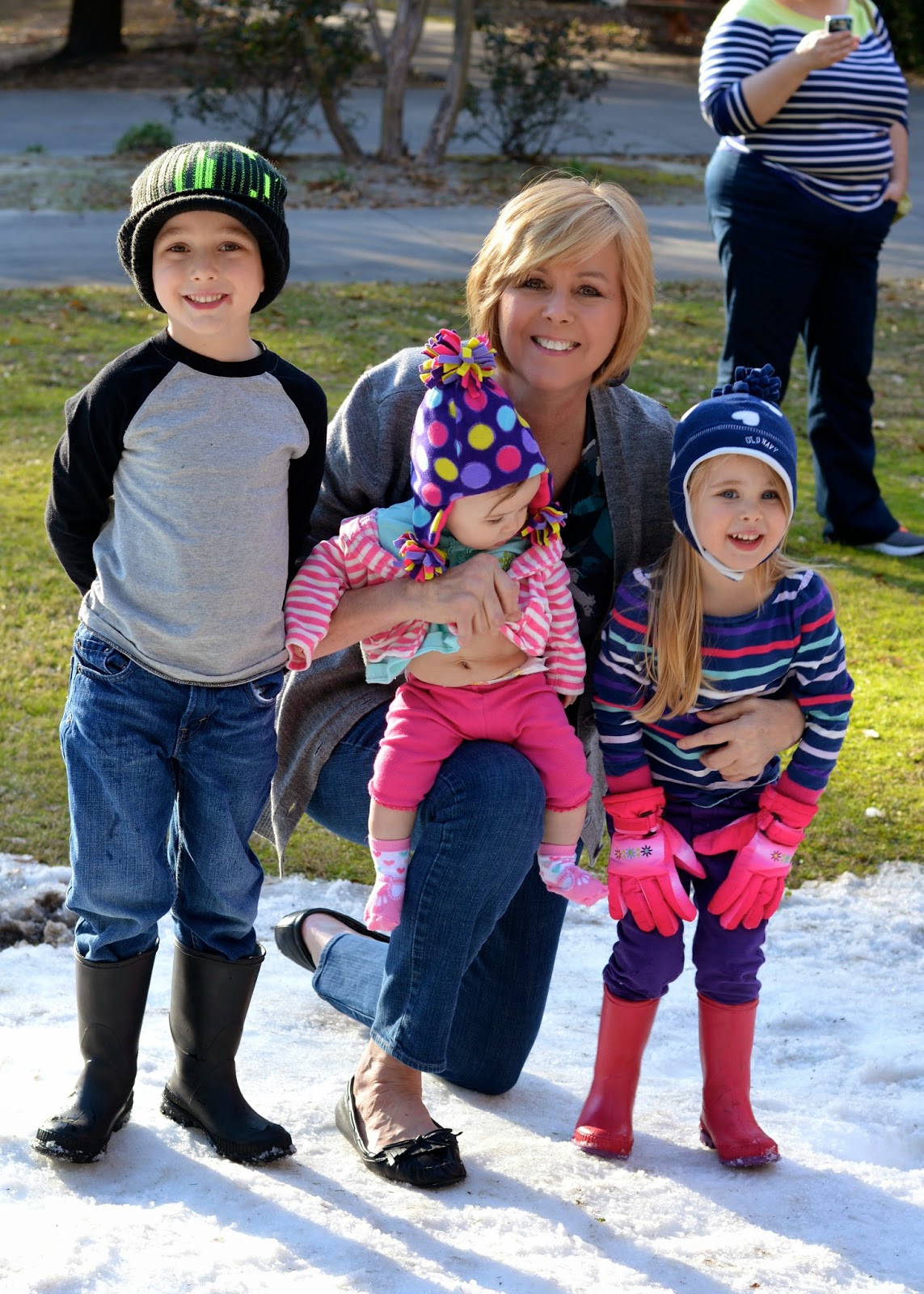 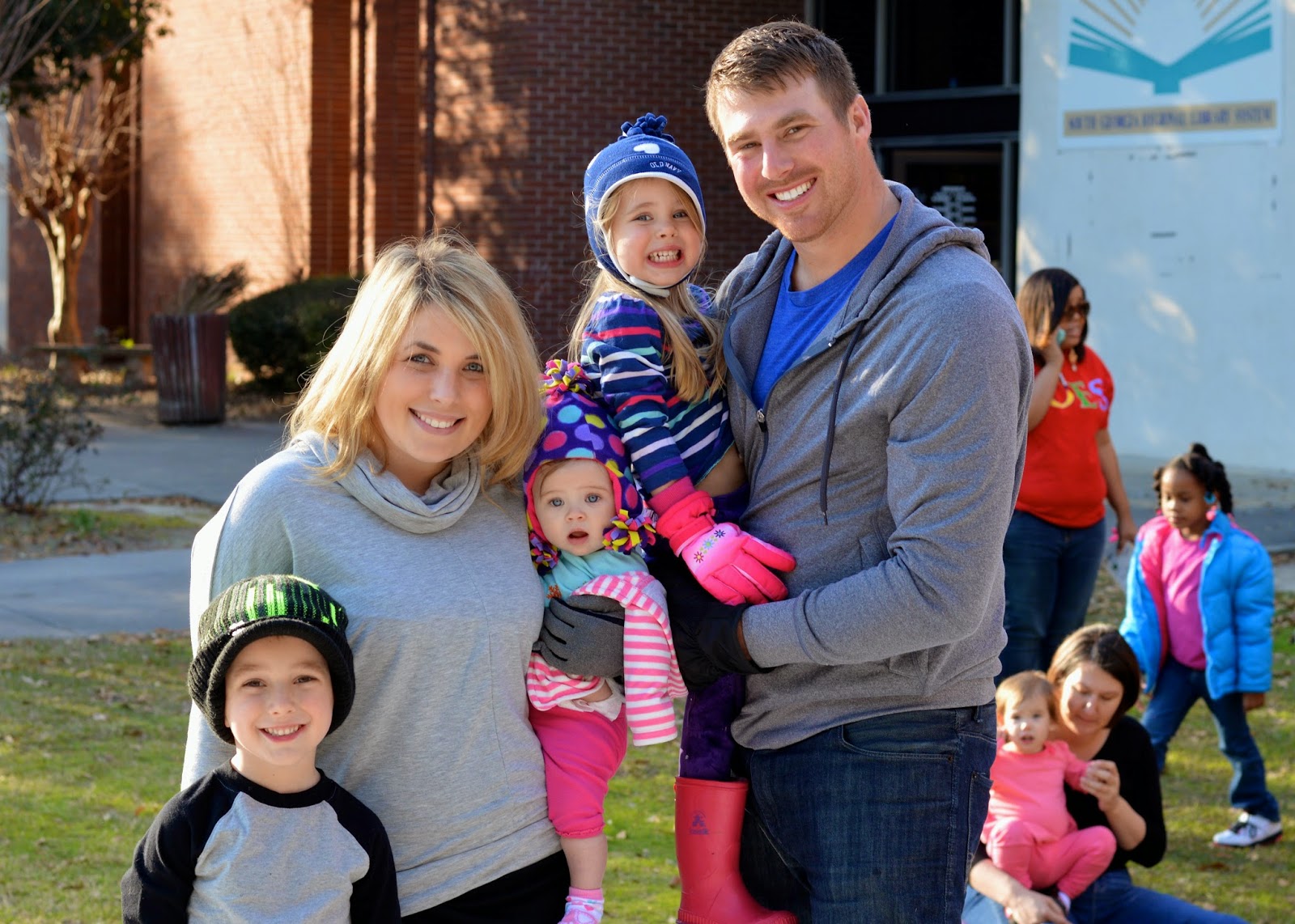 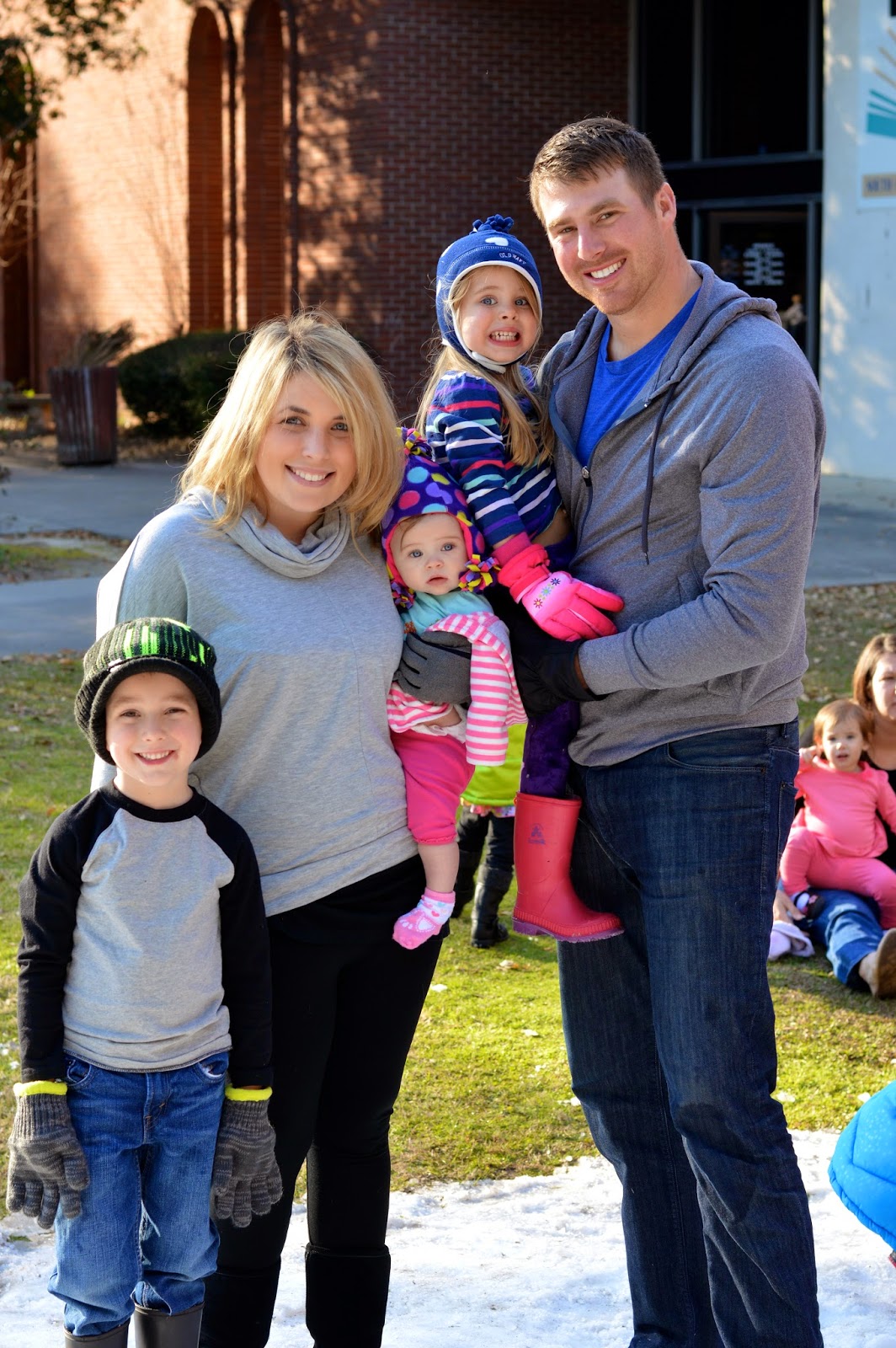 It was a fun time and it’ll be so neat to see Tess really play in the snow next year! You can see last year’s fun here and the snow day from 2013 here 🙂