So far as a parent I haven’t had anything happen that I was embarrassed about. Nothing that I didn’t want anyone to know. That, however, has changed. I debated about writing this post…I mean does anyone really need to hear about my screw ups? But then I remembered that more than anything else I keep up with this thing for myself…my own journal…and how I feel about this situation matters!

As I wrote earlier we met a nice couple at the pool of the condo in St. Simons and their baby was out by the pool for an hour and a half being a perfect angel! After seeing how well she did we decided to copy their ideas. So on Saturday, while the guys were living it up at Sea Island, we put Kye in a onesie and hat then put him in his bouncer under the shade of a pool umbrella. I made a big no-no a month or so ago and loaded Kye up with sunscreen when we took him to the beach for the first time. I learned now that you aren’t supposed to put sunscreen on them until they are 6 months old because their skin can absorb the chemicals. Opps! So obviously this time he was sunscreen-free. 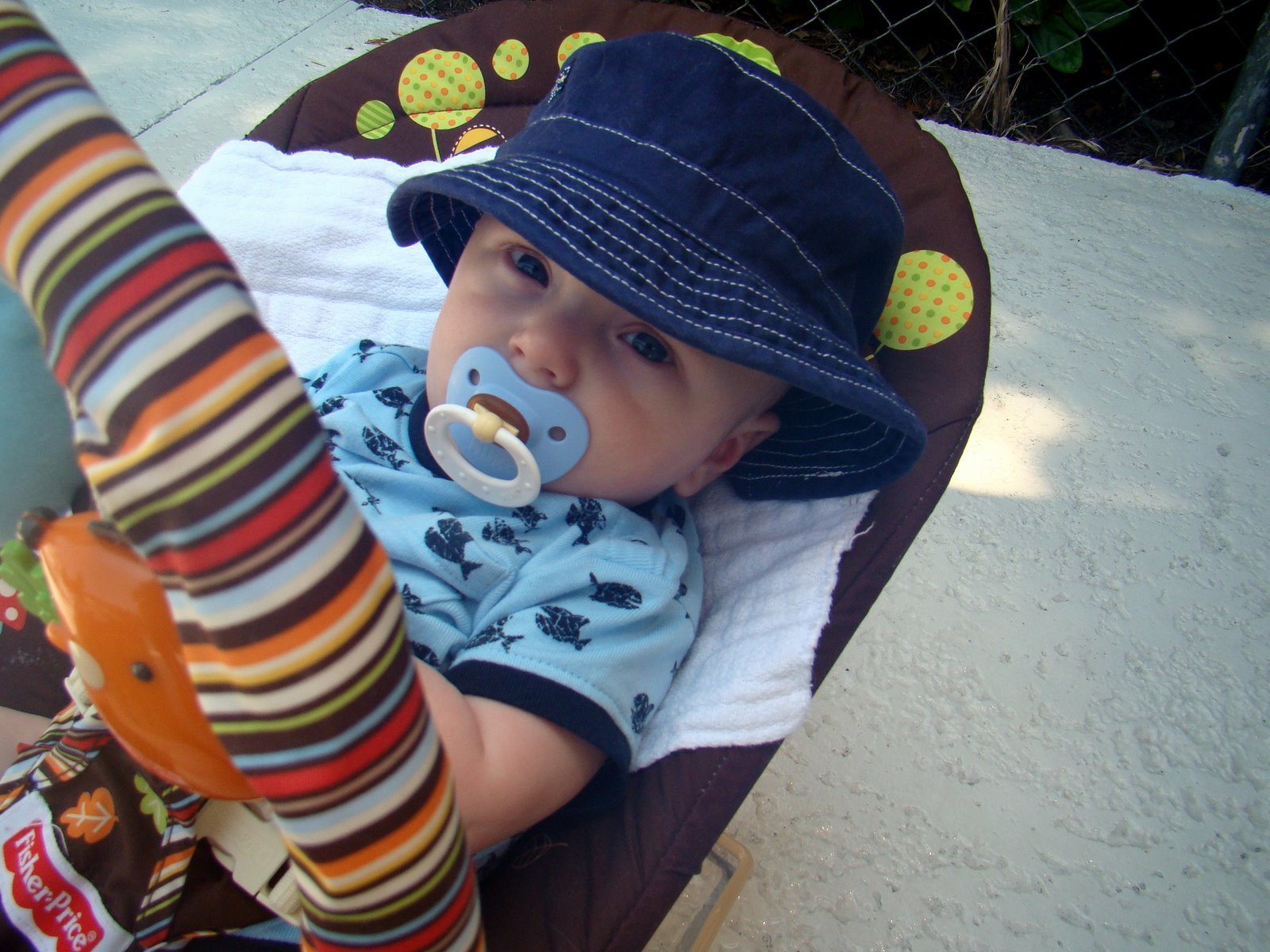 It worked out perfectly as he was happy and content to play with his hanging toys and he was in the COMPLETE shade the ENTIRE time! No sun ever touched him! I got to enjoy the pool (with my eyes constantly on my child haha) and he got to relax outside. He even fell asleep for a little nap which worked out great for his schedule!

Mom and I both were nervous about him being outside, even though he was in the complete shade. I guess we both had a bad feeling but I even got out my phone and google searched if babies can get sun while in the shade and EVERYTHING said to PUT the baby in the shade when outside! We were out there for a little over an hour and were all getting pretty warm so we decided when Kye woke from his nap (as he ALWAYS does 45 min into it!) that we’d pack up and go. 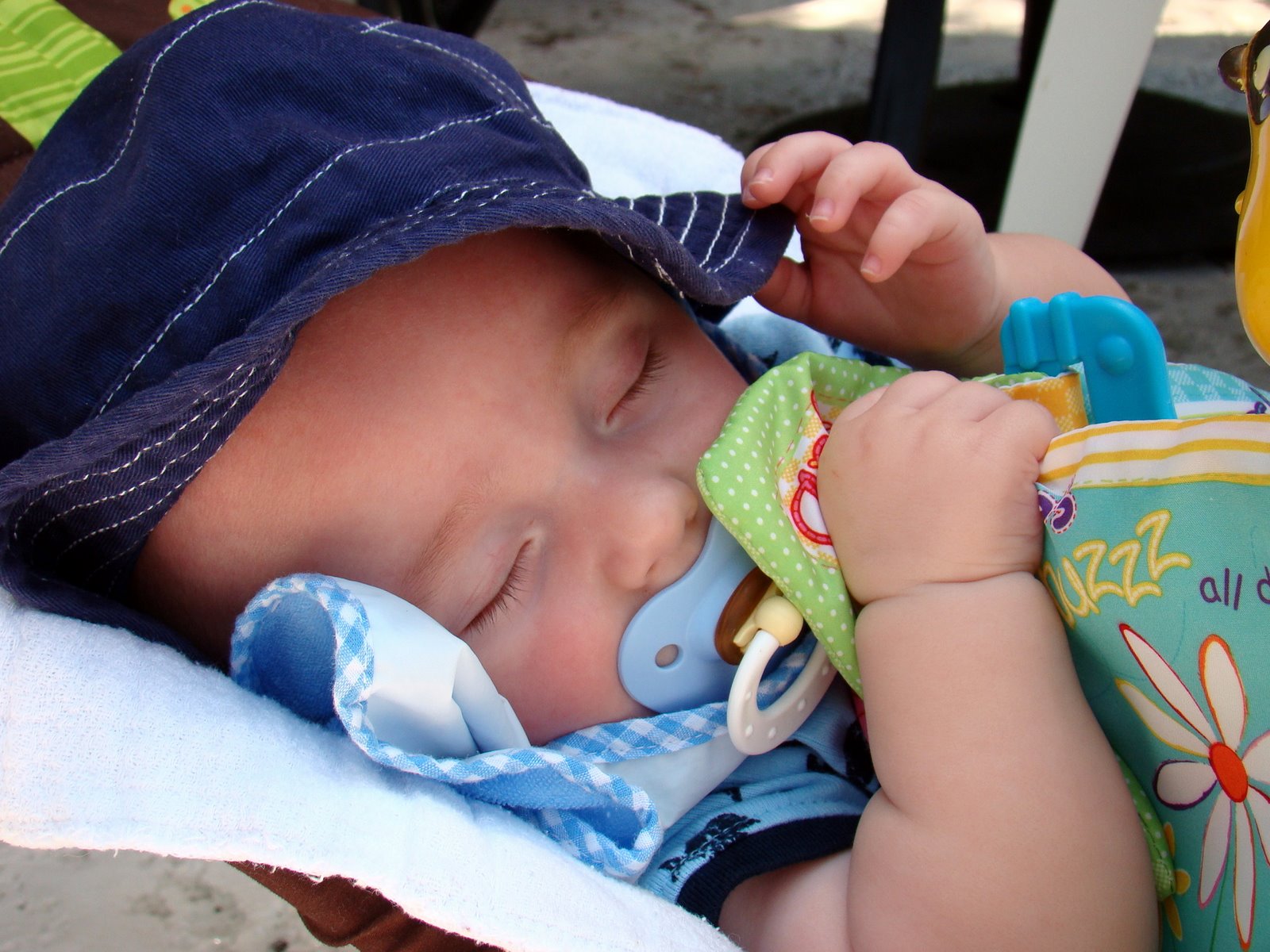 We went back inside and I put Kye down for the rest of his nap. When he got up about an hour later we started playing with him and noticed his legs were red. We tried not to panic and prayed it wasn’t sunburn…but yup. It was. He wasn’t so burnt that it hurt him (thank the LORD!) but it was red on his legs and a little on his arms. Ugh I felt horrible about myself!!! What a terrible mother!!!! I cried and Mom about cried too! We couldn’t stop talking about it and probably sat on the couch for a good 30 min just saying how bad we felt and wondering how it happened.

The child literally had zero sun touch his tiny body. He was 100% in the shade the entire time. So how does he burn??? It made me feel very, very guilty because I had a bad feeling about it but pushed that feeling aside and left him out there. UGH I wish I could go back and change it!!! 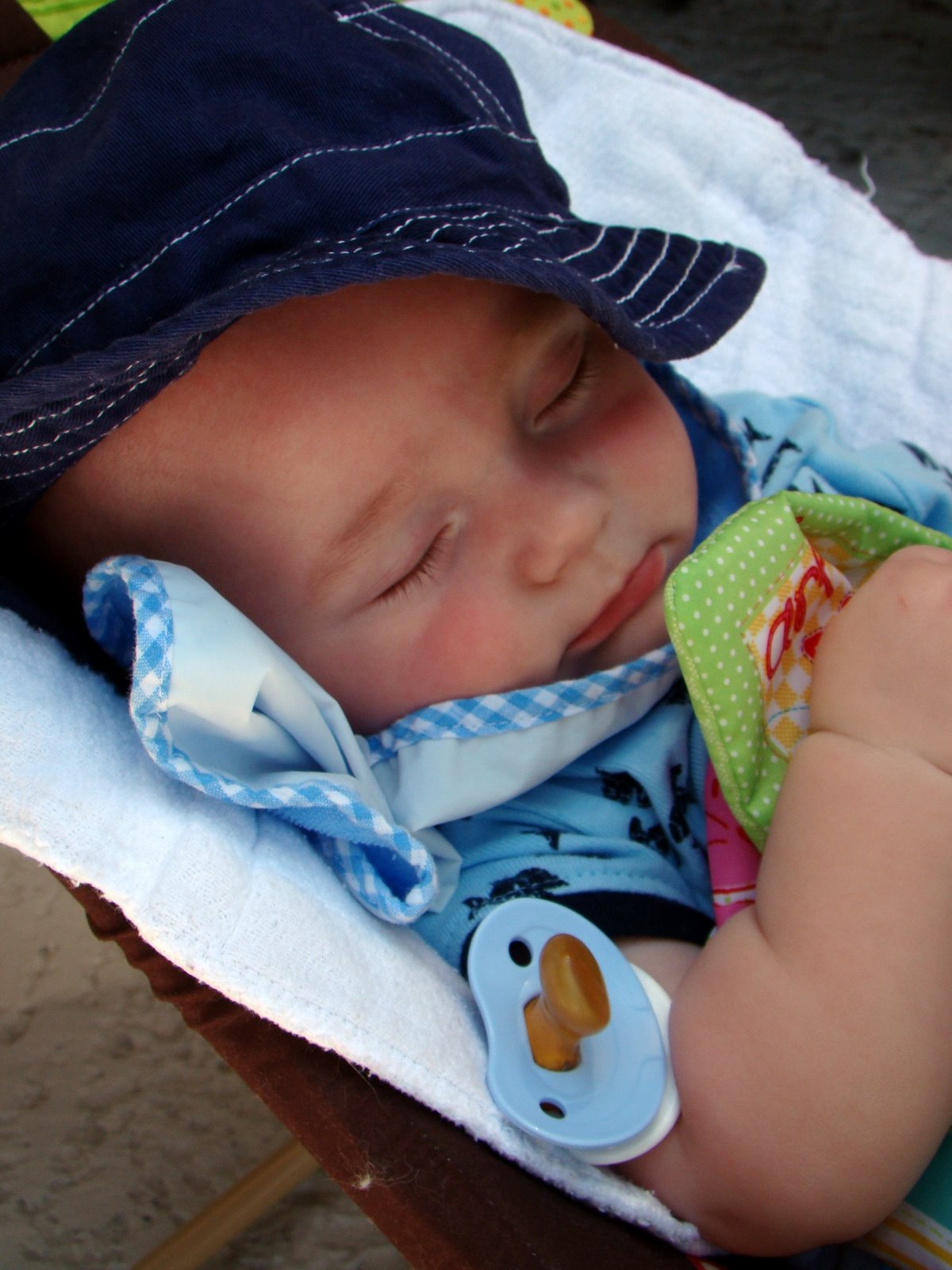 Thankfully the sunburn disappeared the next day but it was enough for me to be EXTRA careful from now on! The only thing I can think is that the umbrellas weren’t that SPF material and so while no sunlight touched him the harmful rays still got through? Is that possible?

Of course we have a beach trip planned for the end of July with Ashley and Katie! And he still won’t be 6 months old so sunscreen is out of the question. Even if we buy an SPF tent should I trust it? I’m going to be so nervous!!!

While I felt horrible (and still do) about the whole thing I did learn some stuff which is always good! I learned that unless I know for sure something has SPF protection to not trust it. I learned that you can’t tell a baby is burned until waaay after they get the sun exposure! I also learned that I need to listen to the little voice in my head and if something doesn’t feel like it should be going on then I should stop it from happening. Even though I HATE that Kye had to experience that (not that I think he even noticed..but still the long term damage of sun is SO SO SO bad) I am glad it happened when it did because he wasn’t badly burned. What if we had stayed out there for 2 hours? Or more? Thankfully he wasn’t out there too long and he wasn’t badly burned at all.

I shared this because I believe in being honest and it happened! I made my first major mistake as a mother and I’m sure there will be plenty more! Please don’t judge me…hopefully someone else will learn something from my mistake too so it won’t happen to their baby 🙂