Moving day was scheduled for Dec 30th and my sweet brother offered to come help for the big move. He and Chrissy were in California for Christmas this year so we decided to celebrate Christmas with them the day before moving day. It was a nice way to end our living at the house 🙂

I was still very sick. I seriously can’t remember the last time I stayed sick for sooo long. Typically if I start feeling cruddy I just take a day, rest, and I’m better. With ALL the stuff going on during that time and all the stress I was under I simply couldn’t rest or take care of myself the way I need to so I ended up staying sick FOREVER. At that time it also felt like things just kept going wrong. I was hoping to get all the last minute house things packed up before Brandon and Chrissy arrived but instead I spent the whole morning on the phone with UHaul. Never, EVER, rent from Uhaul. They are terrible! I had a truck reserved and called to see if I could pick it up earlier than the time I was given and they told me that they didn’t have a truck for me at ALL. NO ONE in town had a truck and I was freaking out. Like beyond freaking out. At the last minute they found me a truck…in Live Oak, Fl…45 min away. I had the “mean one” (Zach) talk to them and he was able to get them to let us pick it up early, keep it longer, and get $50 refunded to us. So we ended up with the biggest truck they have for only $17. Great deal, but I would have rather paid full price and not have the hassle!

I said all of that to say this. On top of being sick and rushing around packing and trying to spend quality time with my family I suddenly had to drive to Live Oak to let Zach drive the truck home while I drove my car home. It was the closest I’ve ever come to falling asleep while driving. I had to call people to help me stay awake! Luckily I made it back in time to still decorate Christmas cookies. That’s one tradition I refused to skip for the year!!! 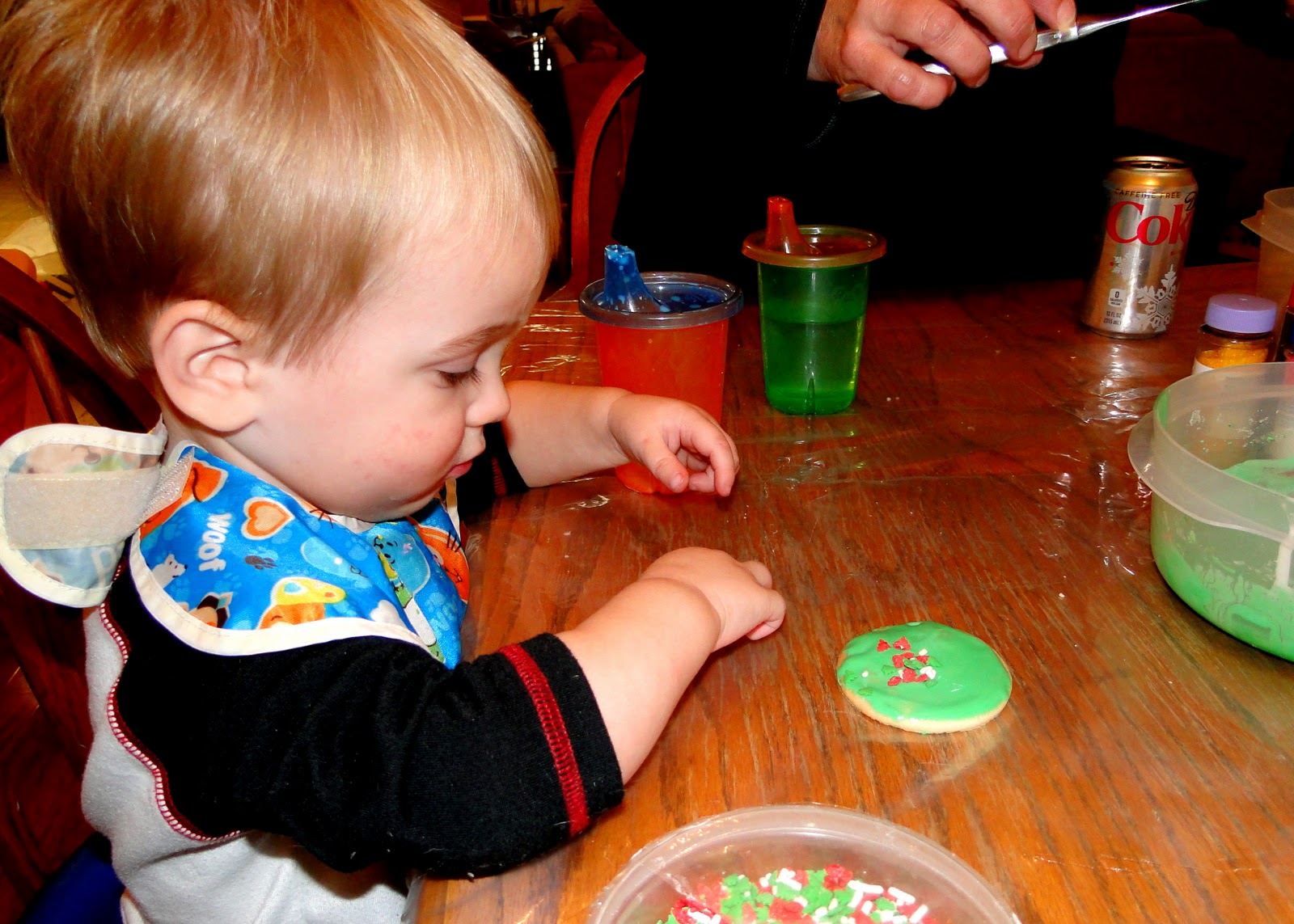 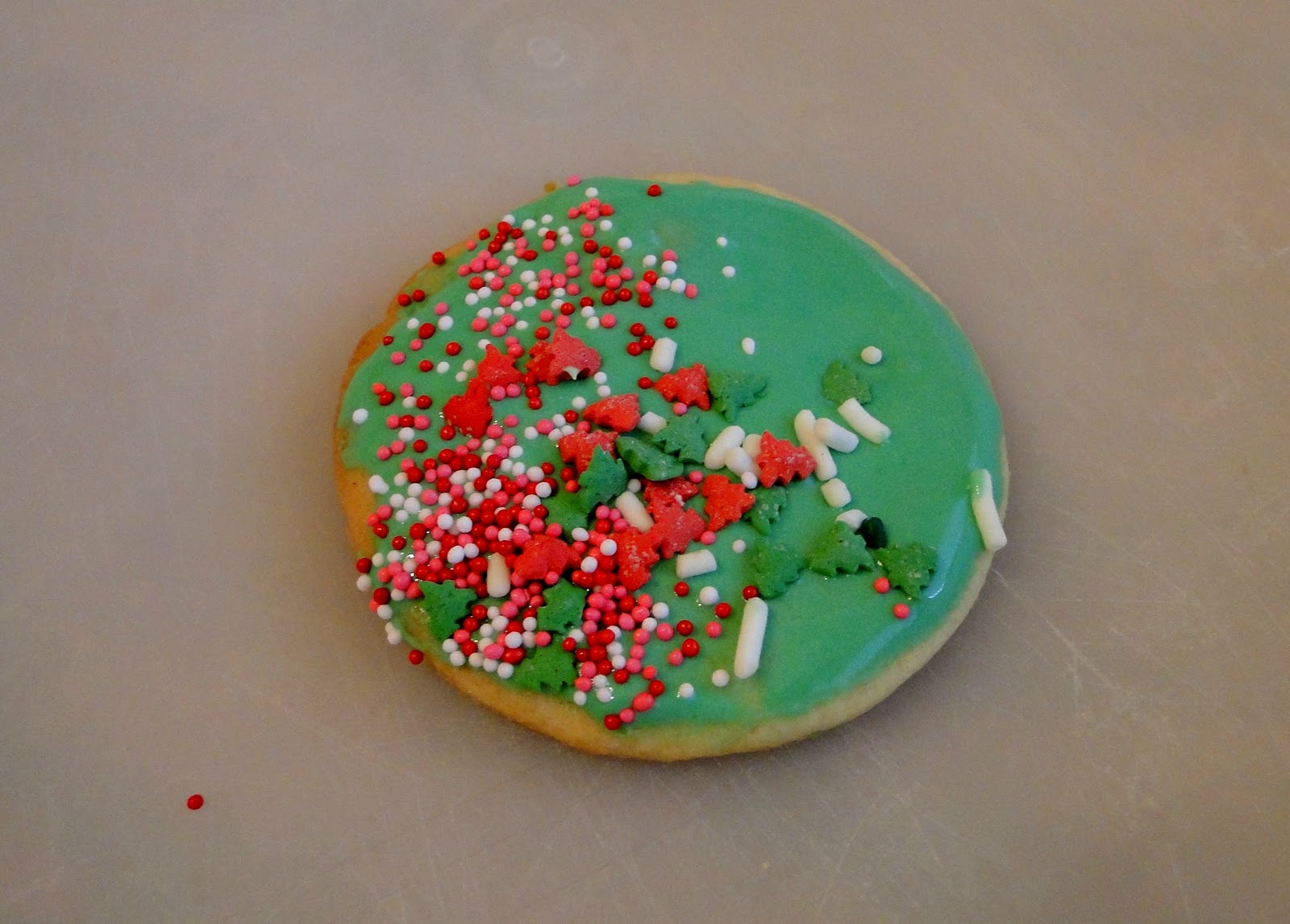 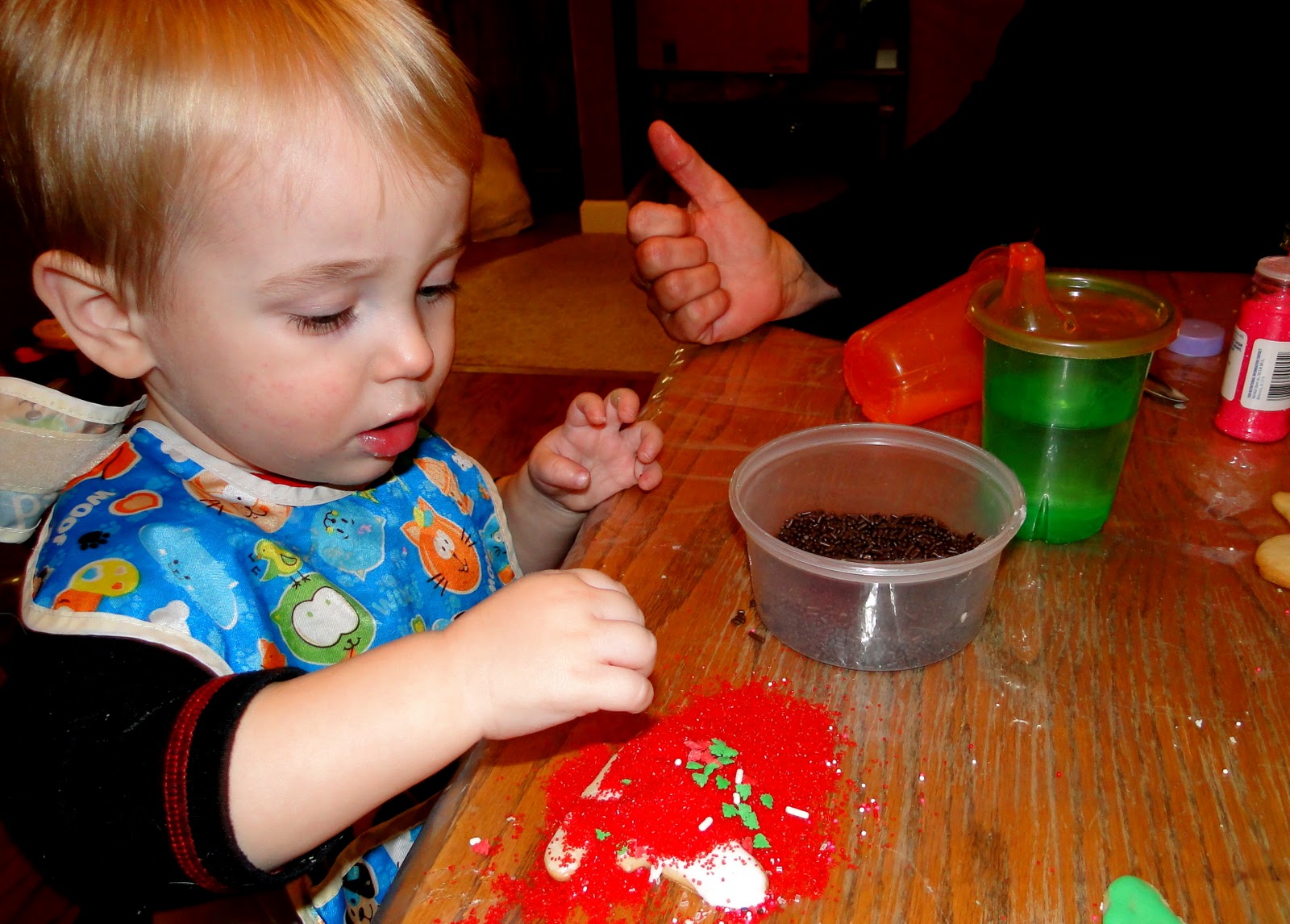 For the first time ever Brandon wasn’t the messy one 🙂 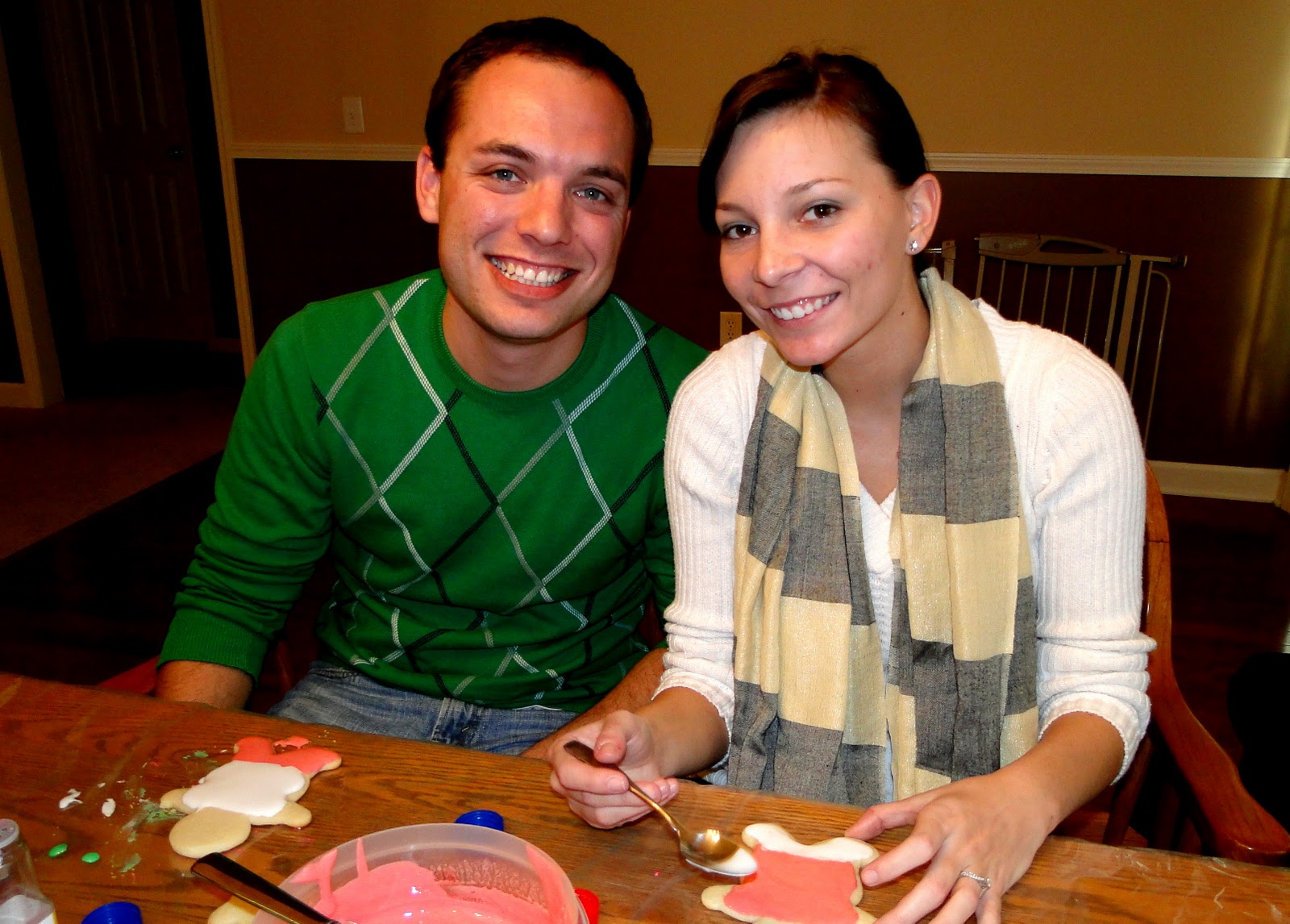 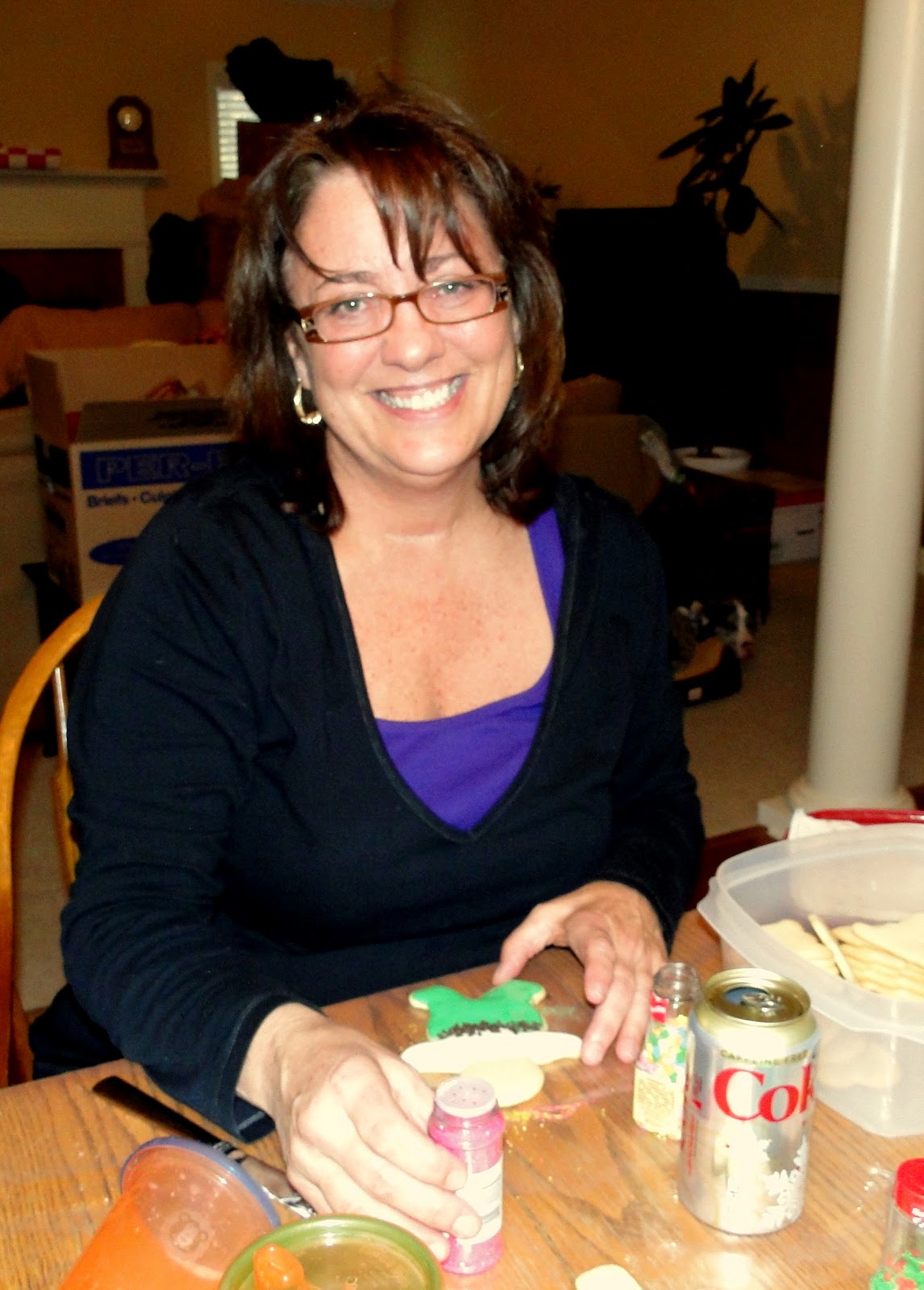 You KNOW I was sick. I had ZERO makeup on and actually wore pj pants to drive to Live Oak!!! 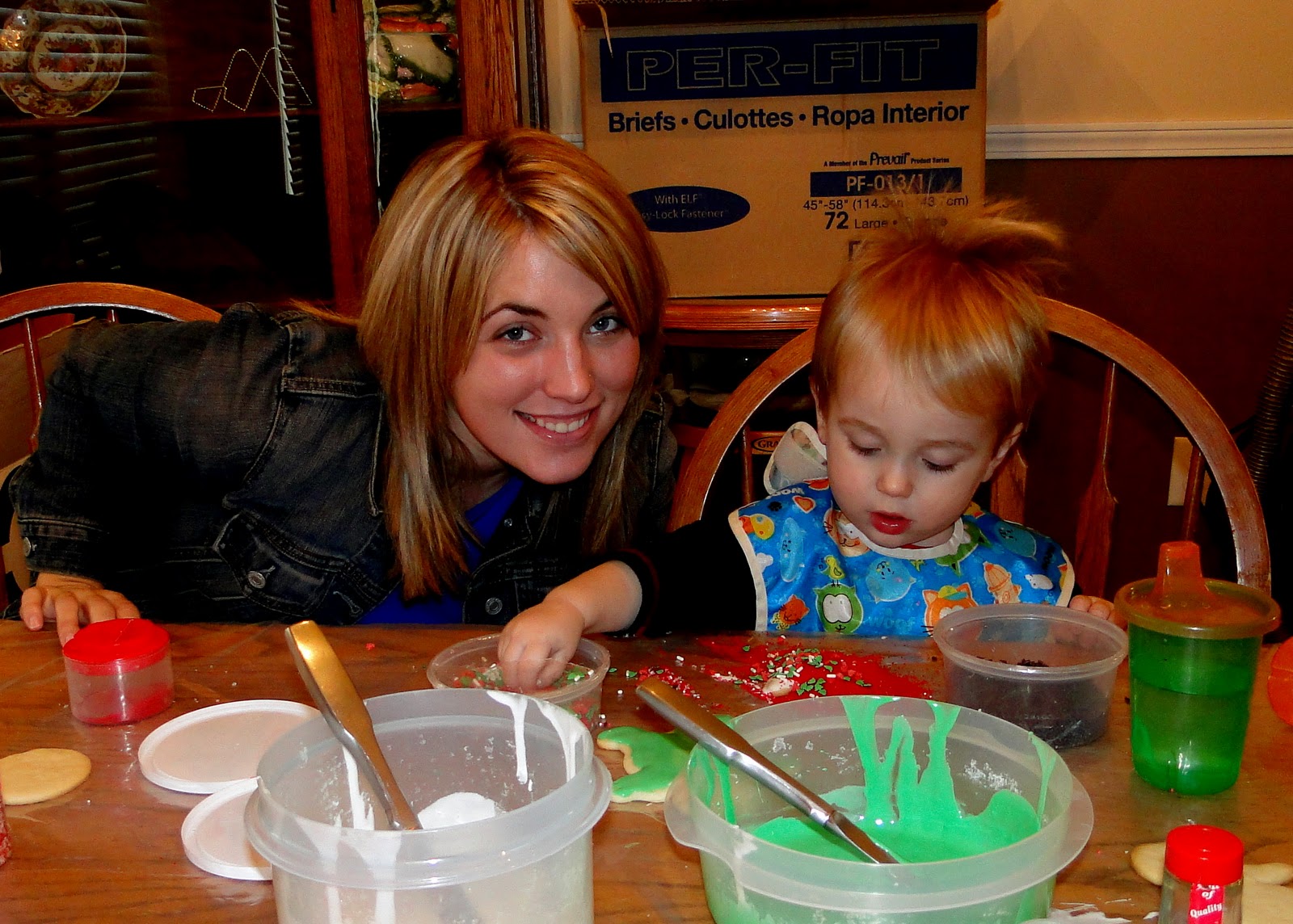 taste testing while decorating (yes, there is a cookie under there somewhere) 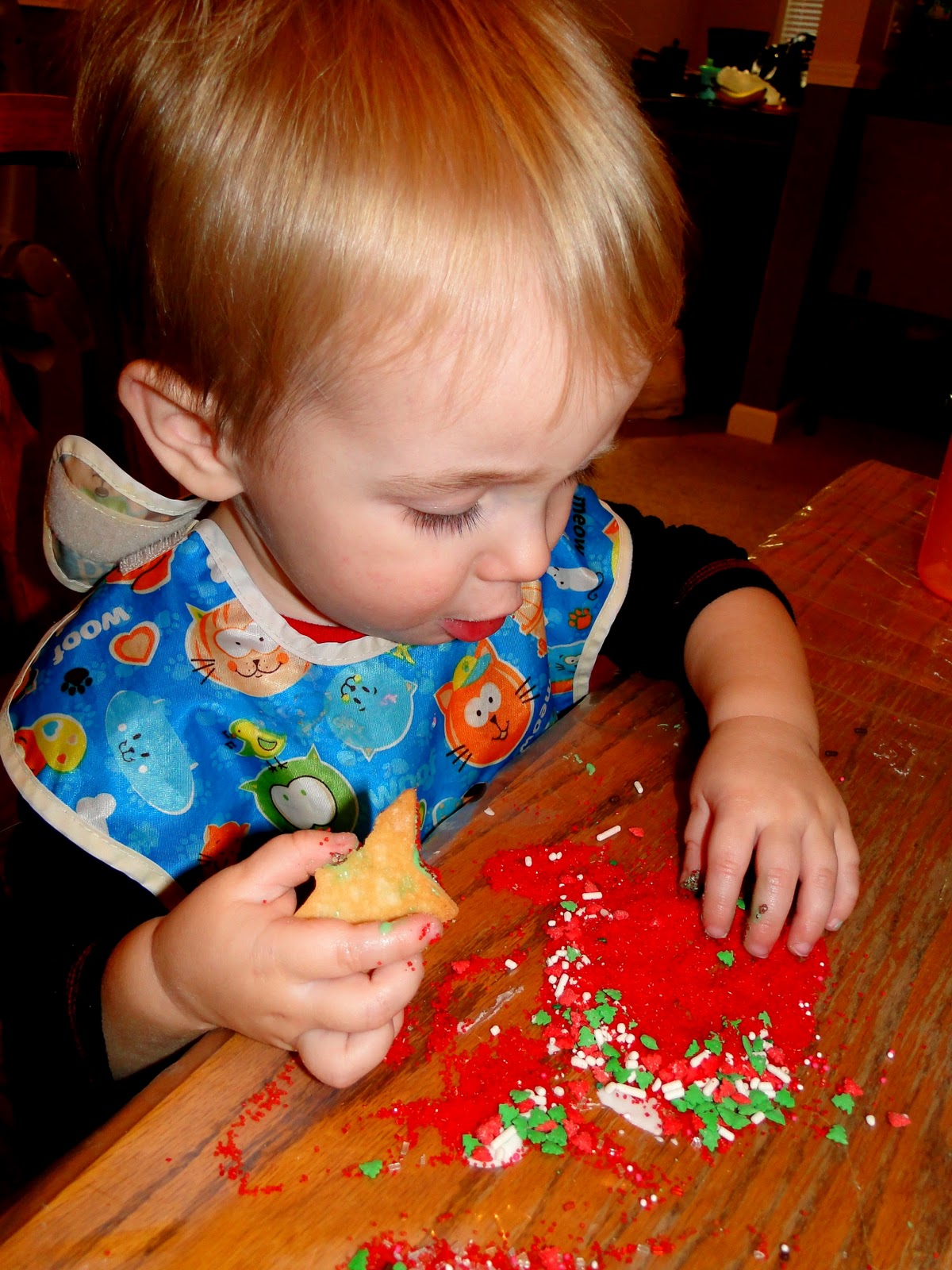 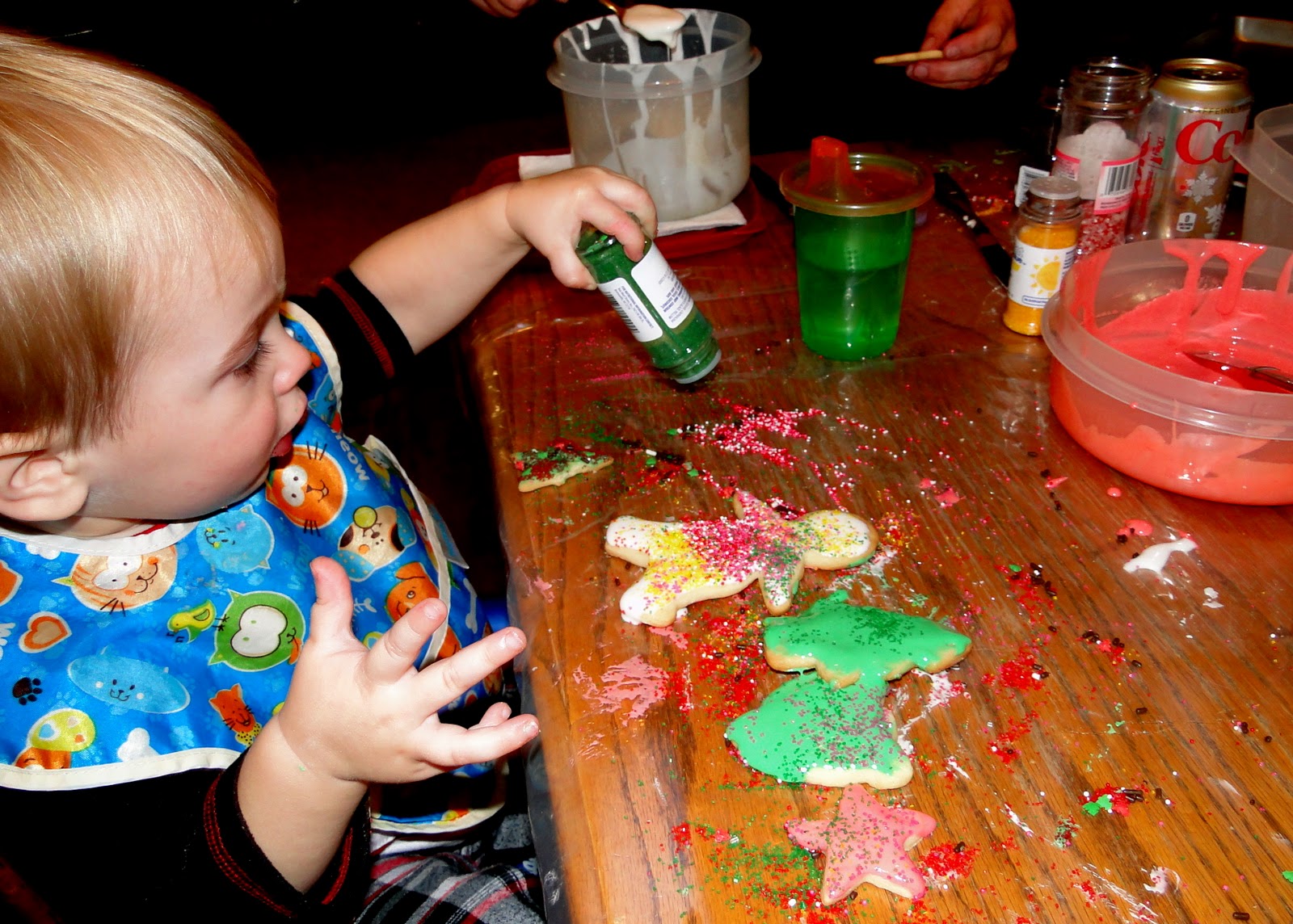 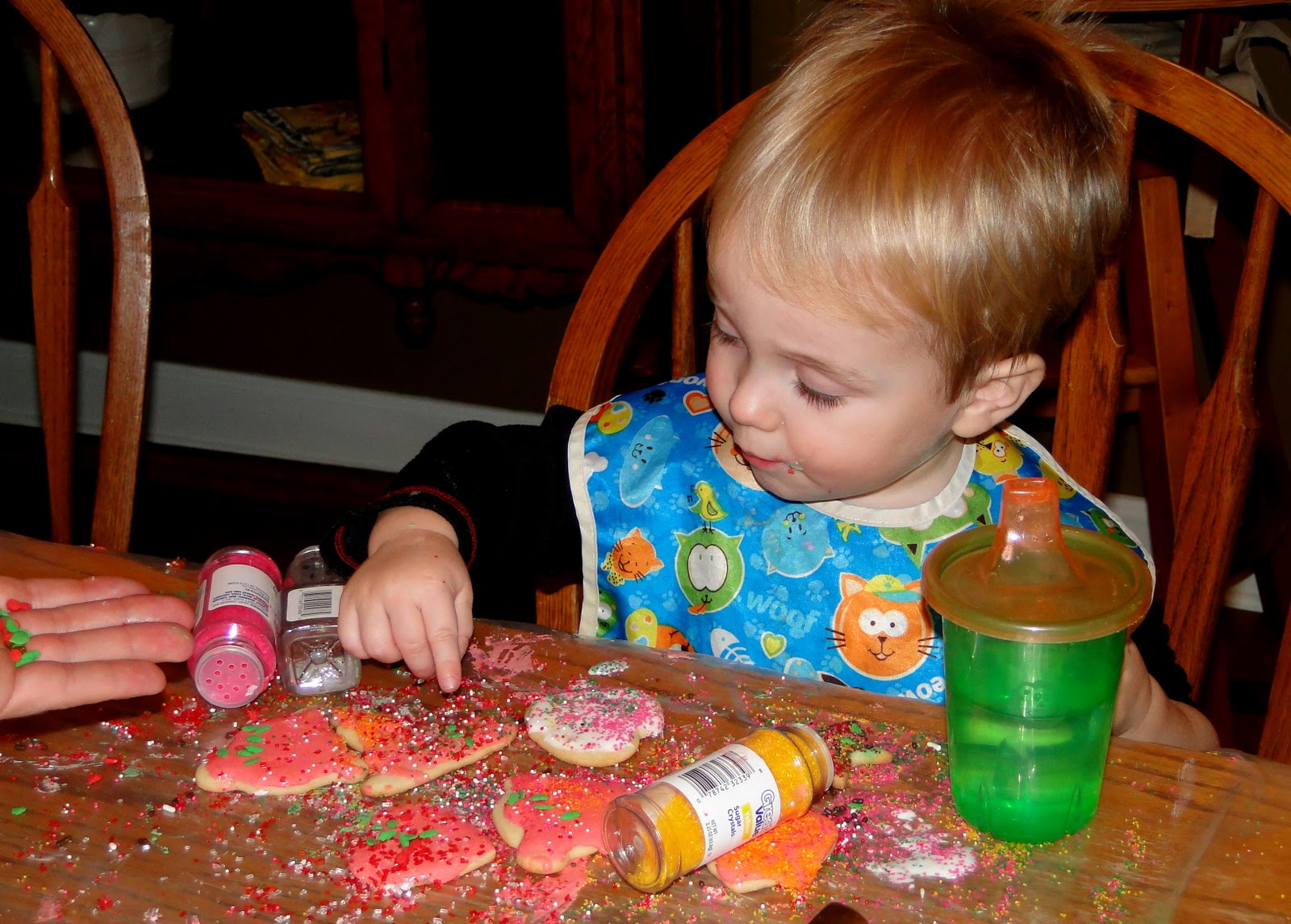 he used the entire bottle! 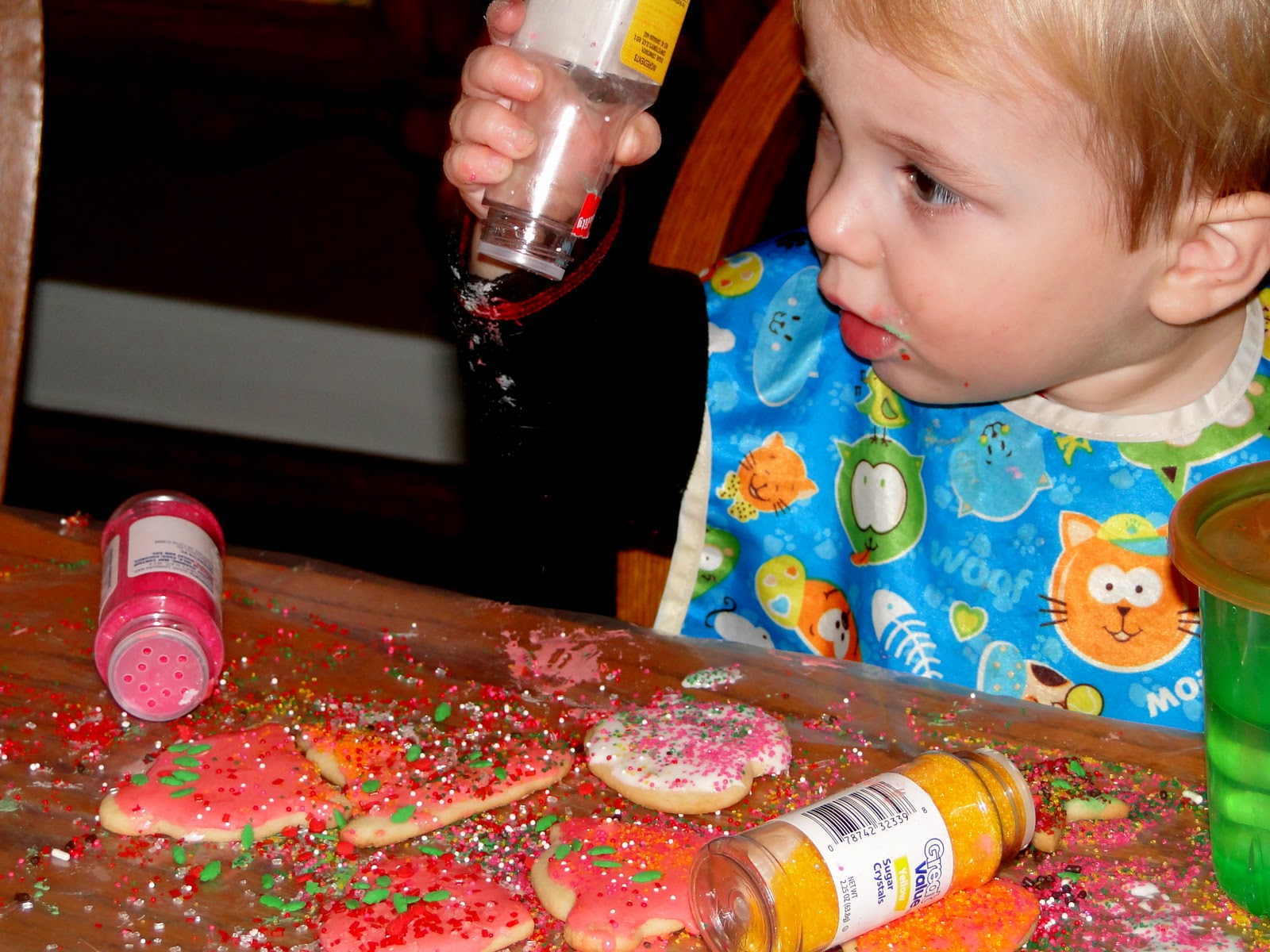 Here’s a video of his decorating skills 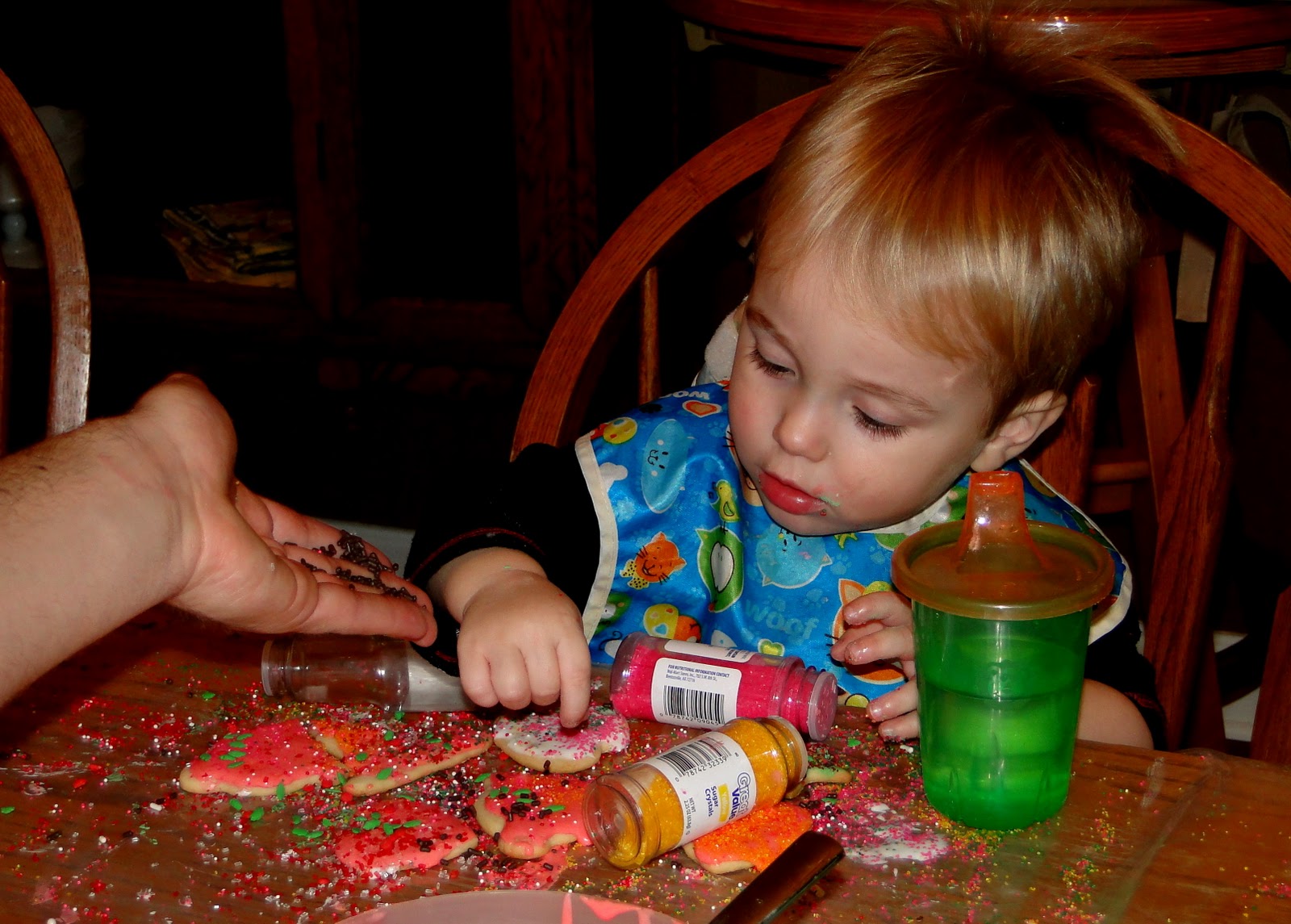 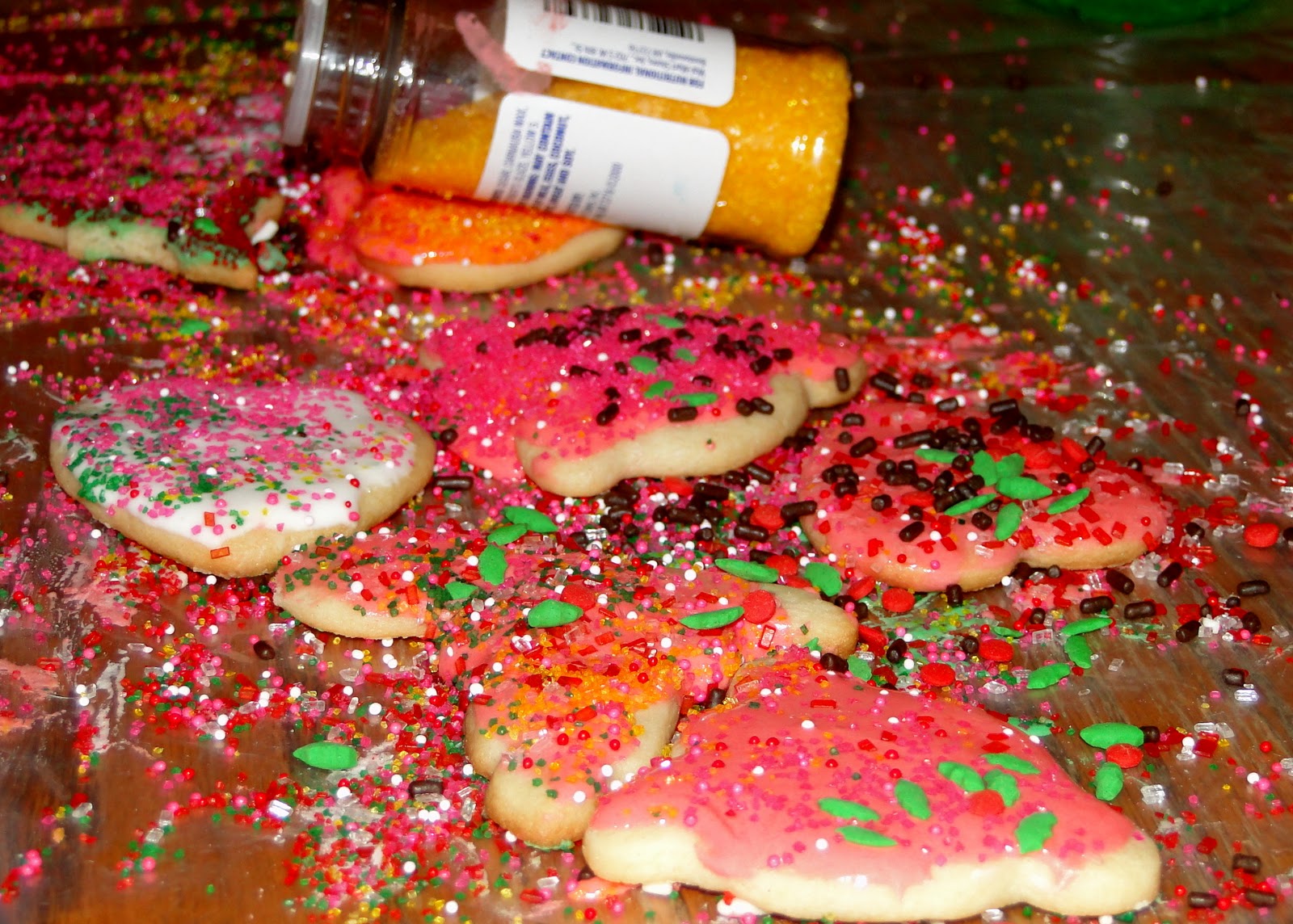 After the cookie fun we headed to Smokin’ Pig for dinner. I’m not a huge bbq fan but it’s cheap, quick, and close to the house so I don’t mind going! Plus both my husband and child love it so it makes it even better 🙂

I was very proud of Brandon for paying for Mom’s meal! It was a little celebration gift for her birthday and it made me proud that he did that. Guess he’s growing up huh? 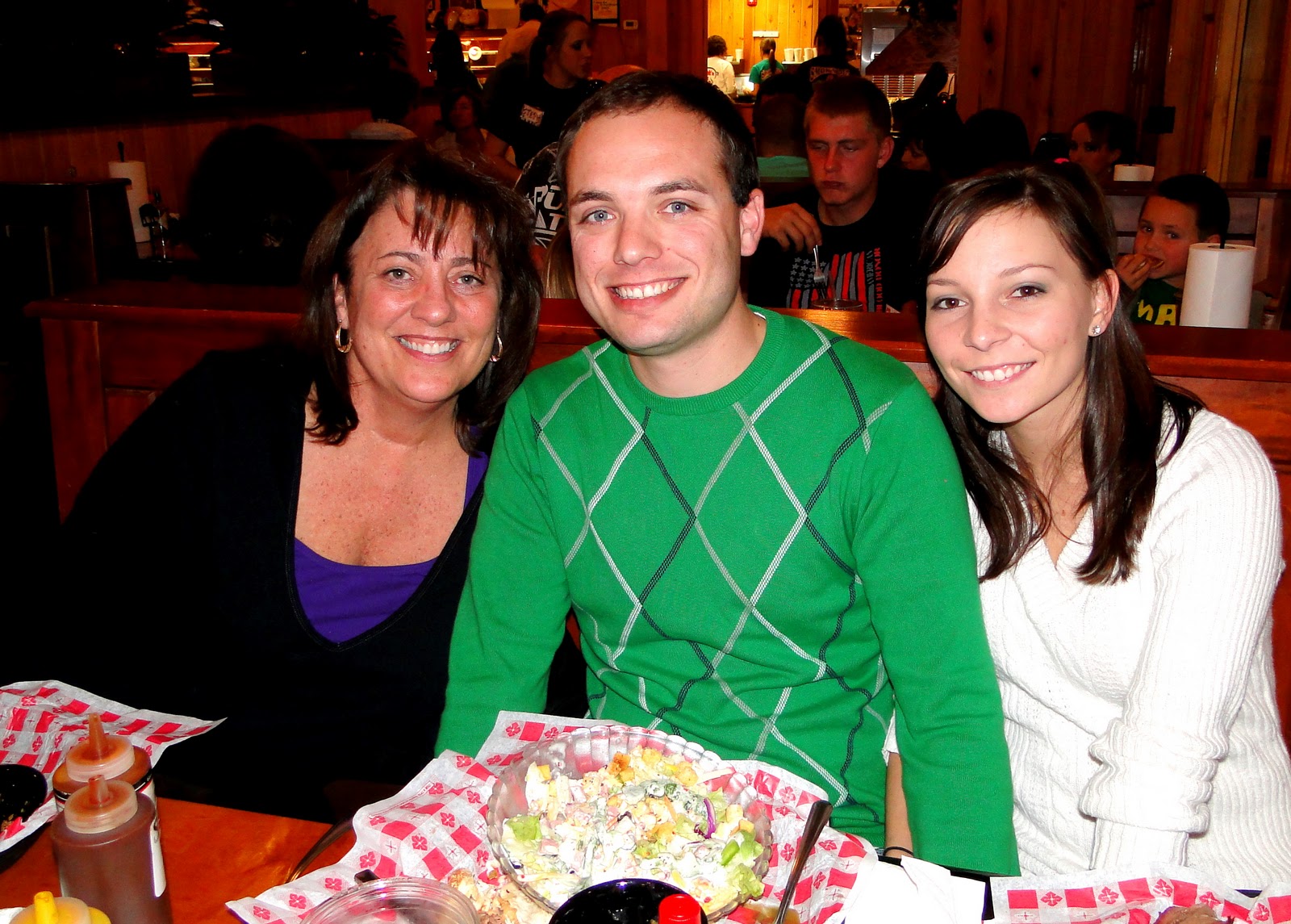 I love that Kye sits in a booster now! 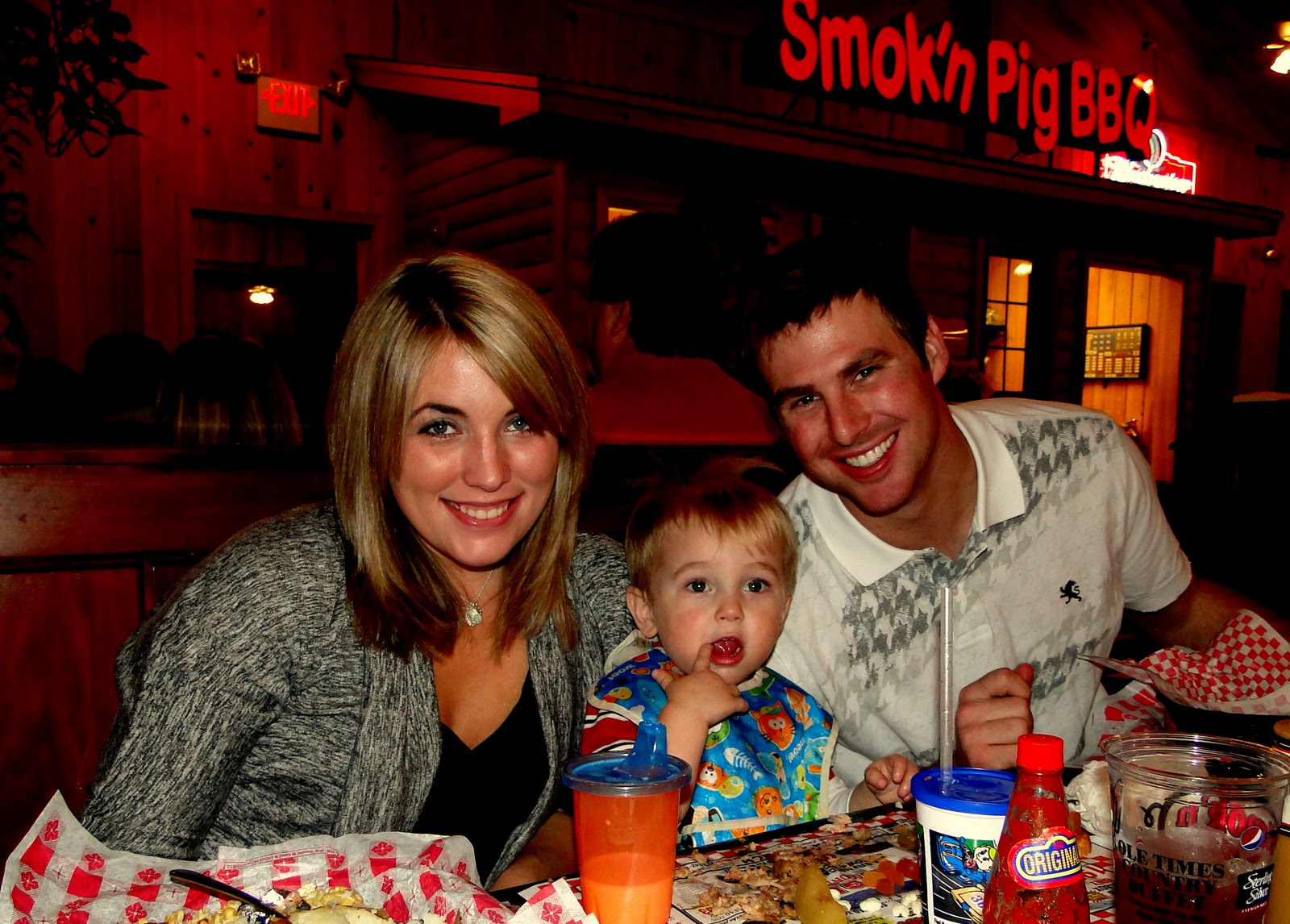 We went back to the house to exchange gifts and Kye had fun enjoying his last gift opening for the year 🙂 Brandon and Chrissy knew JUST what to buy him, that’s for sure! 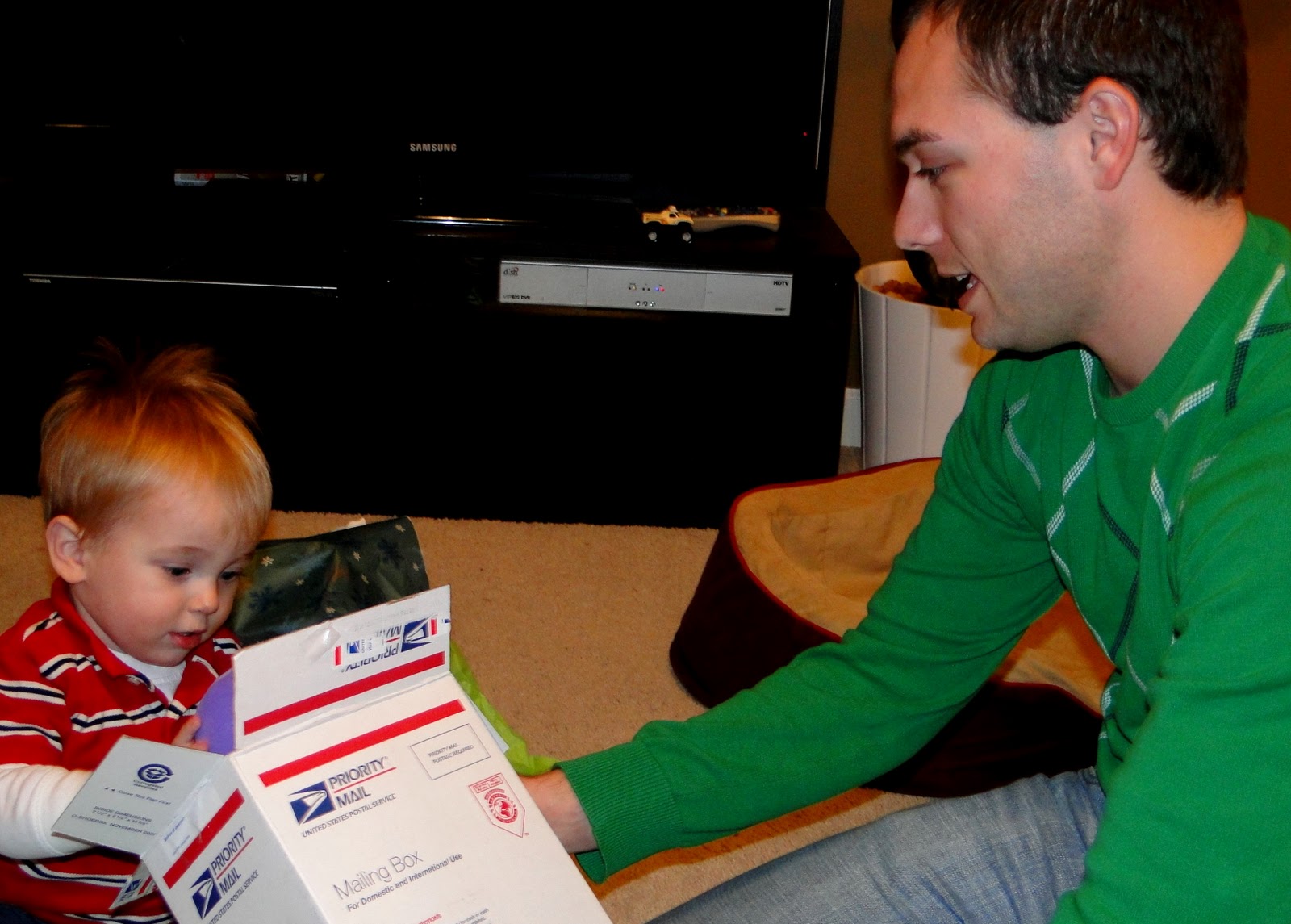 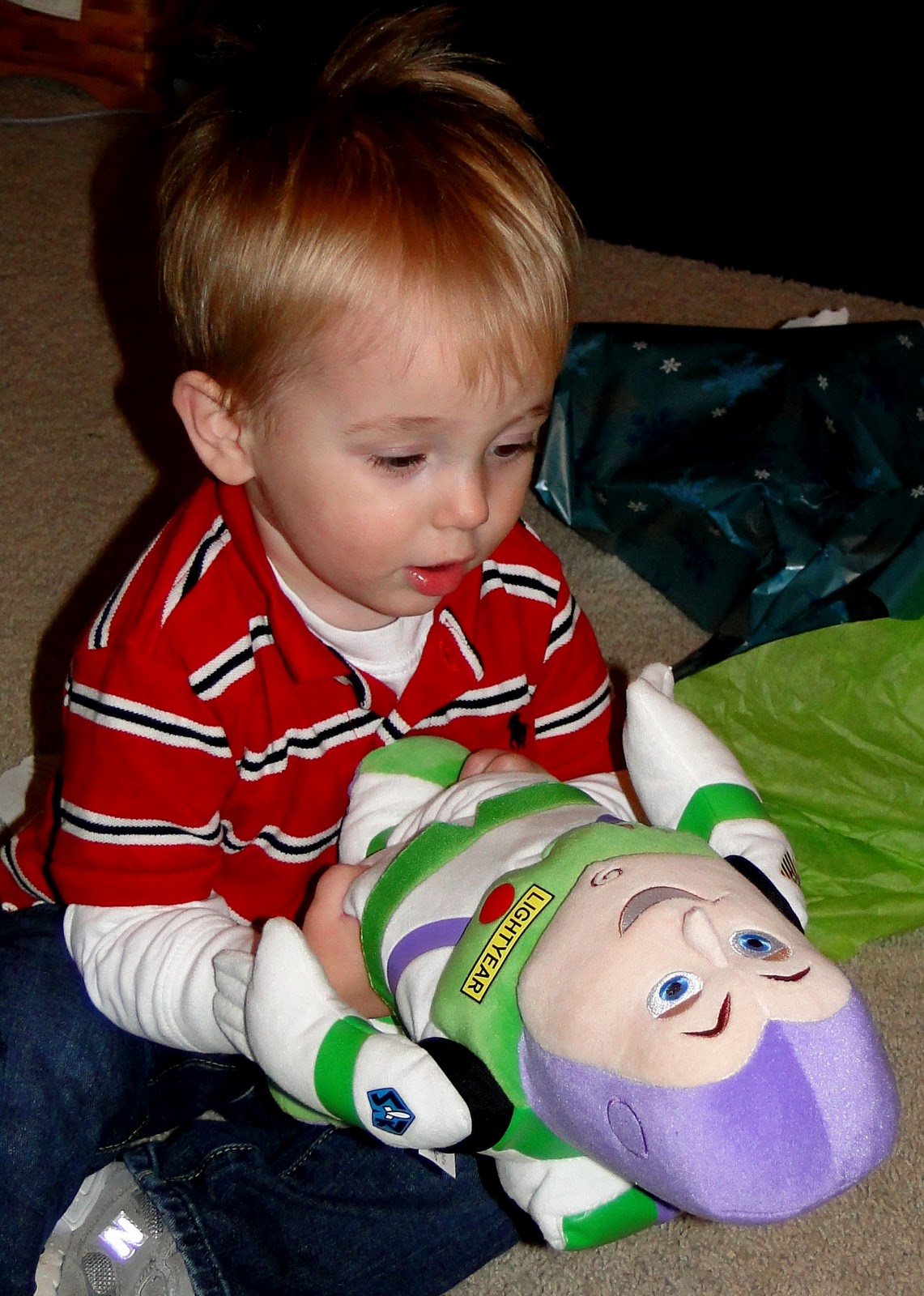 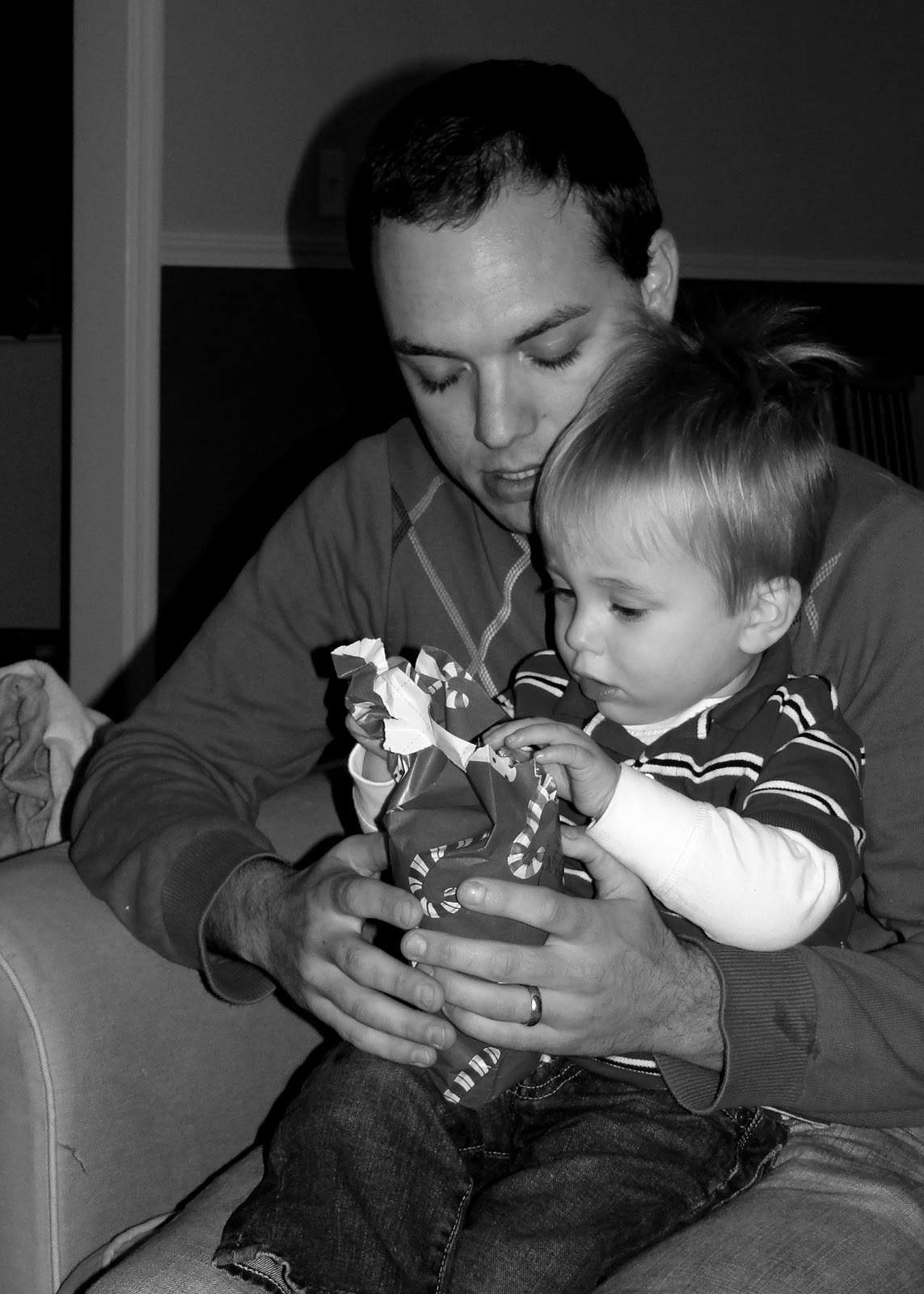 Brandon and Chrissy brought their dog, Apollo, with them and he did great all day. I feel bad because I wasn’t on my A-Game so I didn’t do as well helping Sadie and Levi adjust to him being there as I should. Levi is a pure chihuahua and is very territorial and protective (especially when it comes to me). All day he’d kinda been on edge with Apollo there and during the gift opening Apollo came to close to me for Levi’s comfort so he got in Apollo’s face and was growling. Poor Apollo had just had enough and lost it. He attacked Levi at the neck and it scared us all to death!!! Sure, Apollo is a puppy but he’s a 35 lb puppy while Levi is a 9 lb dog! I, like an idiot, jumped right in the middle of it and put my hand in Apollo’s mouth to get his clench off my dog. I kept saying “Yall get him! Get him!” Mom jumped up on the couch. Brandon had been putting his stuff away in their room for the night so he ran out and jumped in the mix and Zach ended up prying Apollo off Levi (which causes Levi to fly in the air into Brandon’s arms). I feel like a bad mom b/c I sure can’t tell you what my child was doing during all this!!!

Levi was fine (other than a bruised ego) and I was fine (other than a bite on my finger) and everyone else was fine. Brandon and Chrissy felt awful about the whole thing but honestly it was just as much Levi’s fault as Apollo’s. Like I told them – if Levi had died then, yeah, I would have been mad. And if it’d been Kye instead of Levi then, yeah, we’d have to have a talk but it was fine! We were all amped up on adrenaline so it was talked about the rest of the night and we learned a valuable lesson, to keep Levi and Apollo separated 🙂 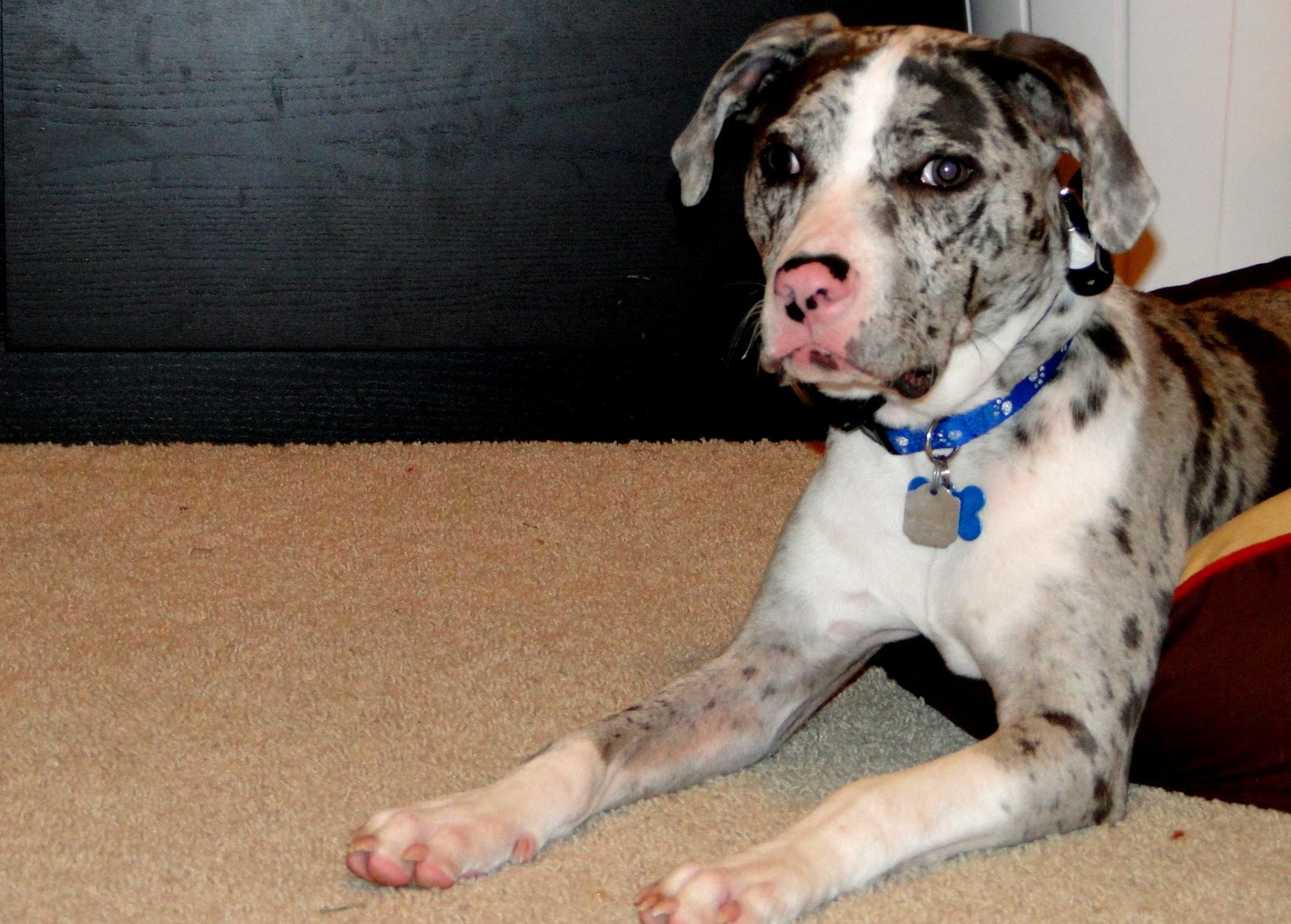 She has such cute Fiesta stuff – it makes me totally want some! 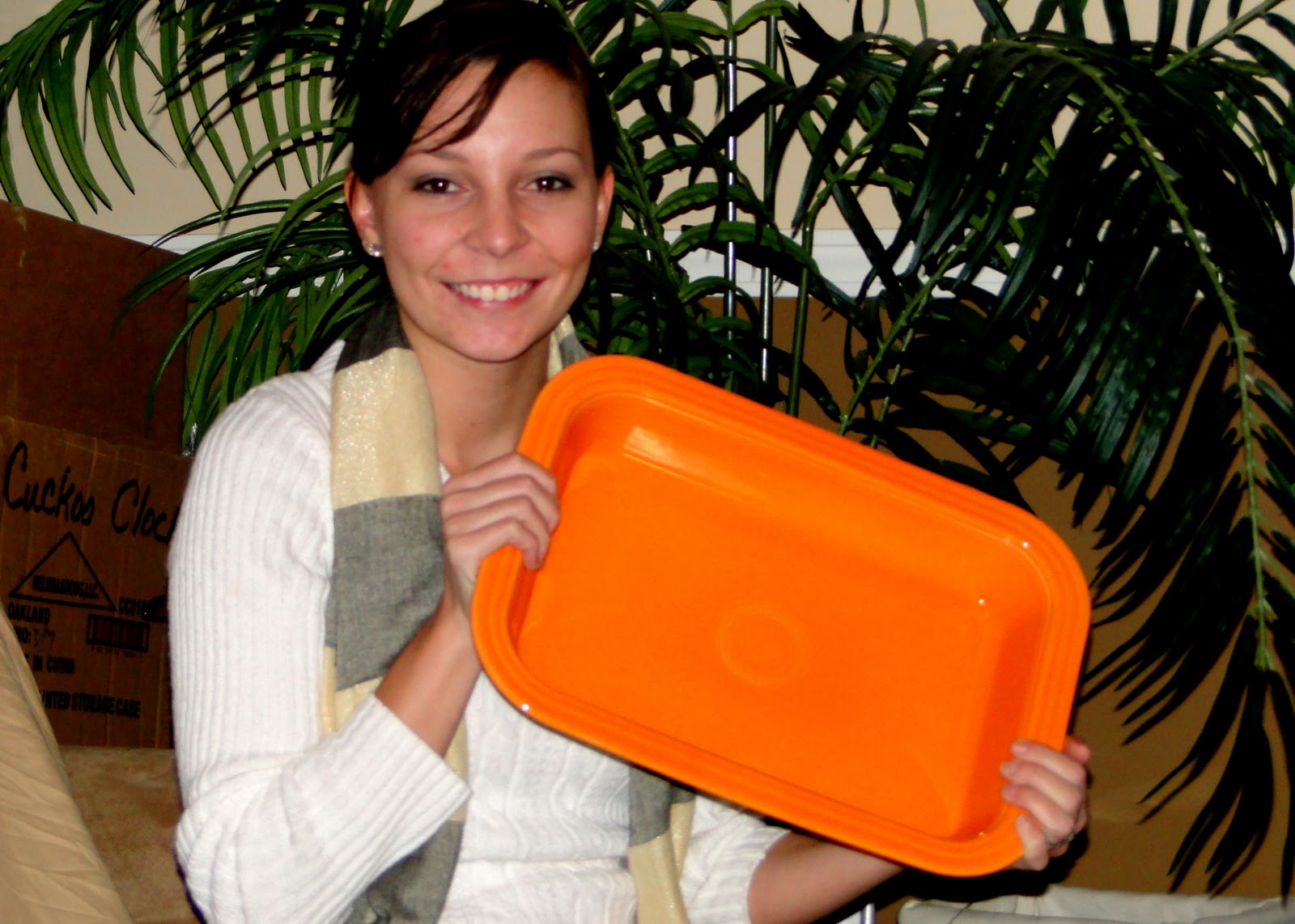 Had to welcome Chrissy to the Stella & Dot club too with a cute bracelet (that’s now, sadly, retired! But if you want one I’m selling mine!) 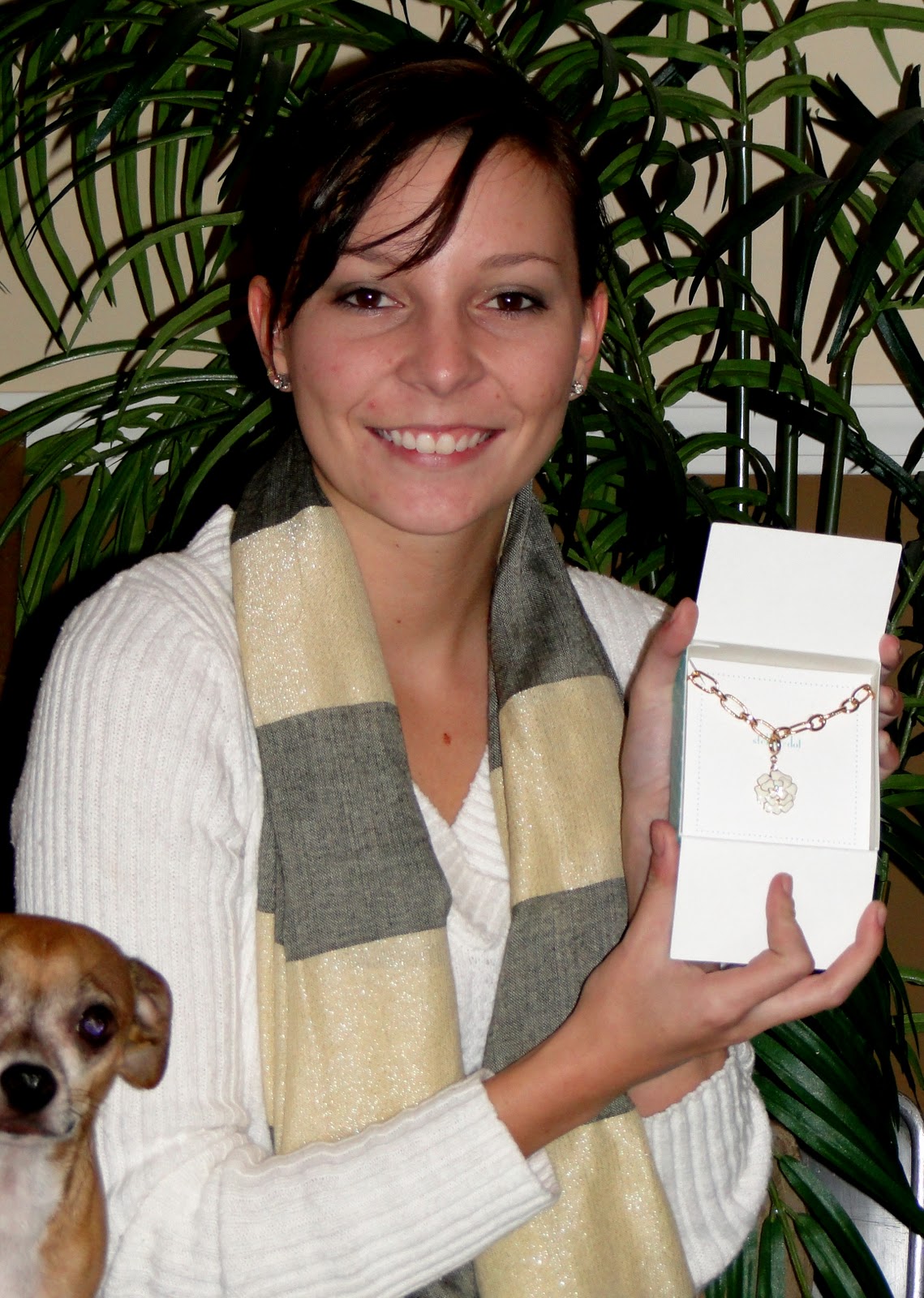 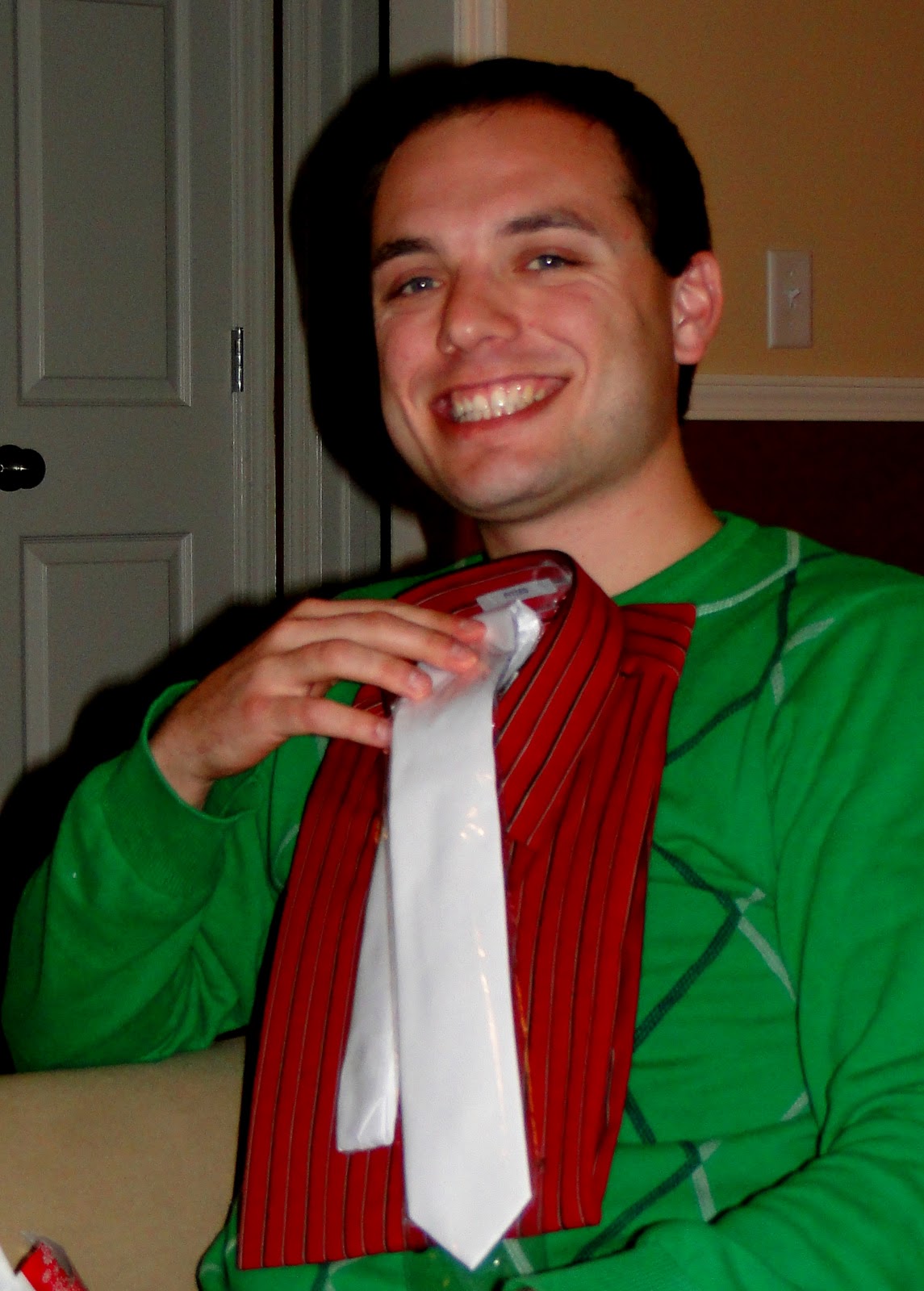 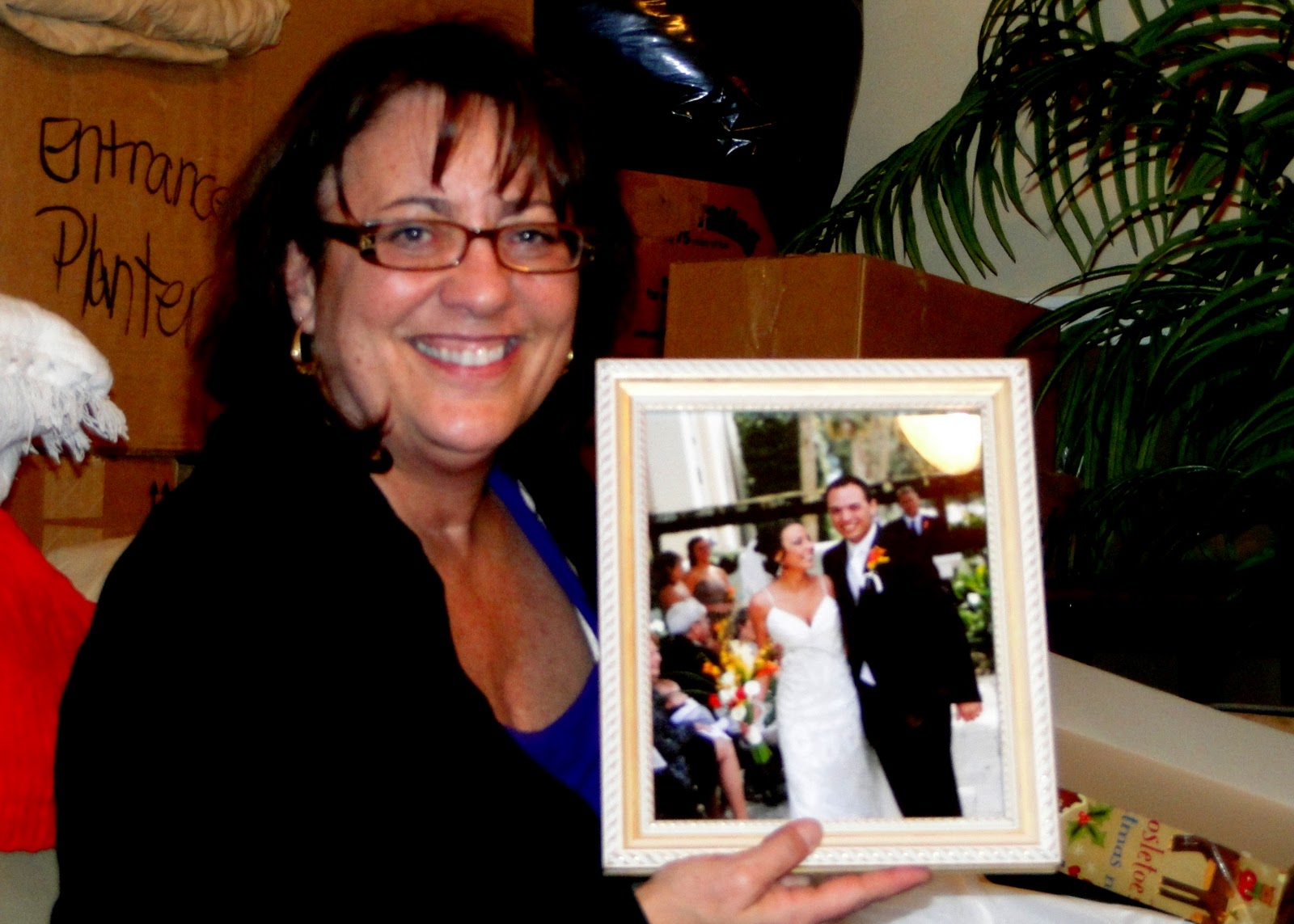 After Kye went to bed Zach needed to rest his back. The driving to Live Oak and breaking up dog fights wore him out and he needed to be okay to supervise for the move the next morning! Mom, Brandon, and Chrissy visited while I finished up all the packing up. It was a very eventful last day in the house for sure!!! I was beyond ready to let Mom settle in and get moved into our new home just in time for the New Year!