Last year we went to the Parker’s condo in Alabama for Labor Day weekend. This year we’ve added two more babies plus a boyfriend (Mr. Rusty broke his “no boyfriend/girlfriend rule” and let Casey bring hers) and none of us wanted to make the 6 hour drive to Alabama! Luckily, Mrs. Charlotte’s brother owns a condo in Panama City so we headed to the beach!

We left Friday afternoon and got there in pretty good time. Casey and Jordan were already there as were Mr. Rusty and Mrs. Charlotte. Courtney and Brad had a late start so we had to wait on them but then the guys stayed at the condo to listen to the Lowndes game on the Internet (which never even worked) while us girls went out on the town! 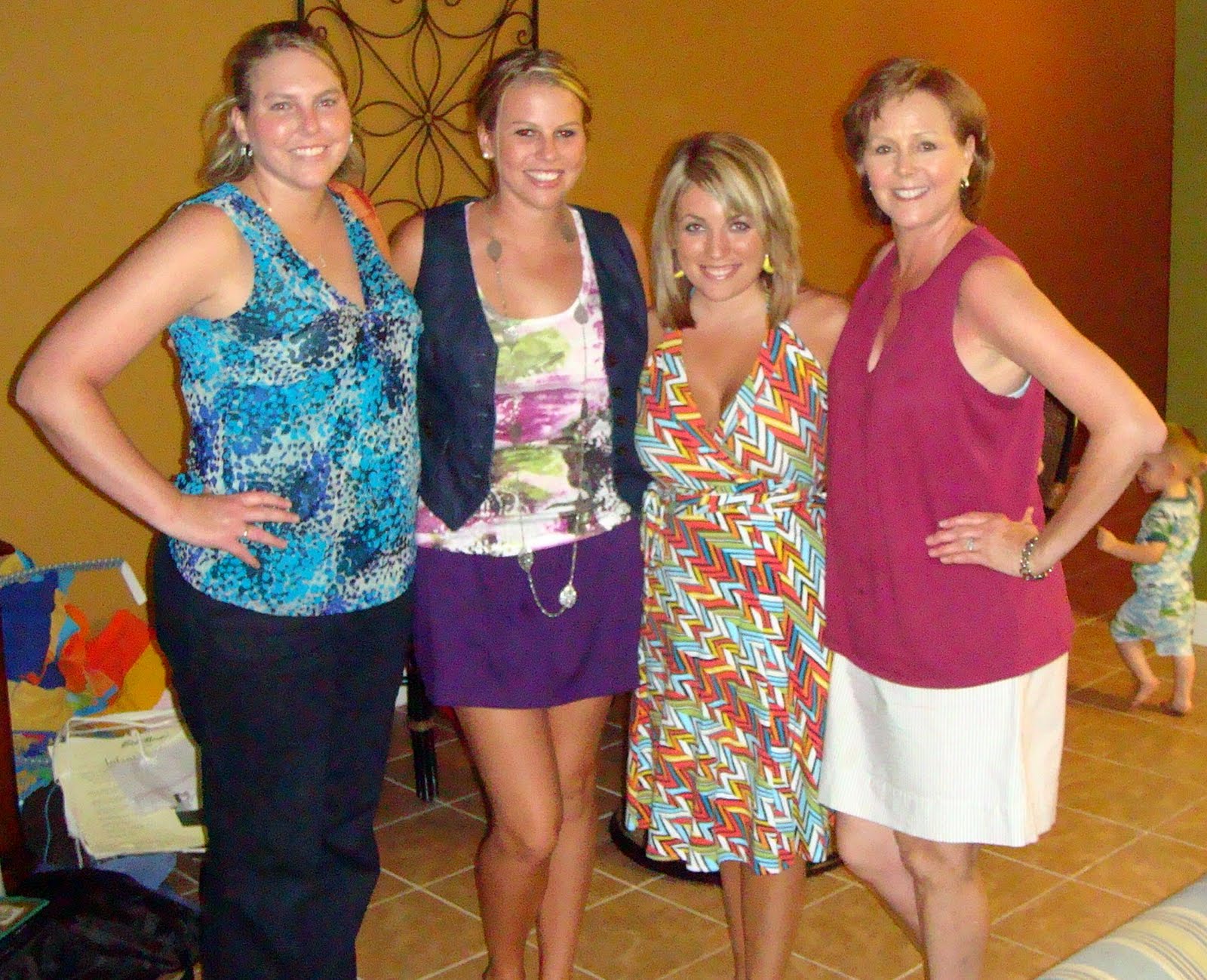 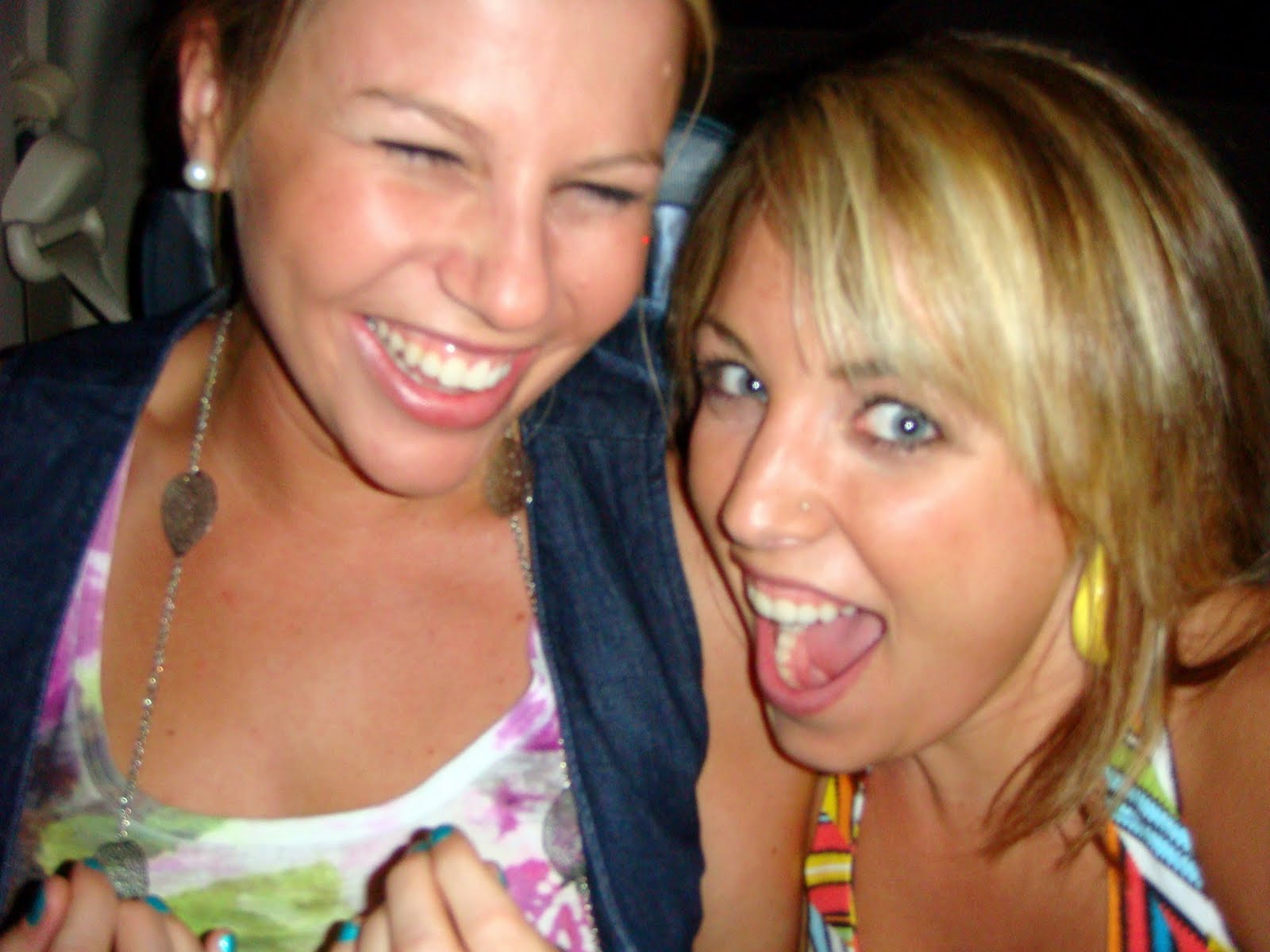 We ate at this AWESOME restaurant called The Back Porch and I had my second favorite meal of all time (my first favorite is from Cheesecake Factory). It was this shrimp and crap linguine and I seriously ate it all but like 3 bites which I never do. I think the combo of it being so late and me being so tired made me in a gitty mood but it was funny. We had this nerdy waiter who was hilarious! He brought out a cake for Casey (her birthday was the next day) and sang all by himself to her in his squeaky voice and he would randomly come by our table and say dumb stuff like, “I once beat the sun in a staring contest” and “I’ve counting to infinity, twice.” 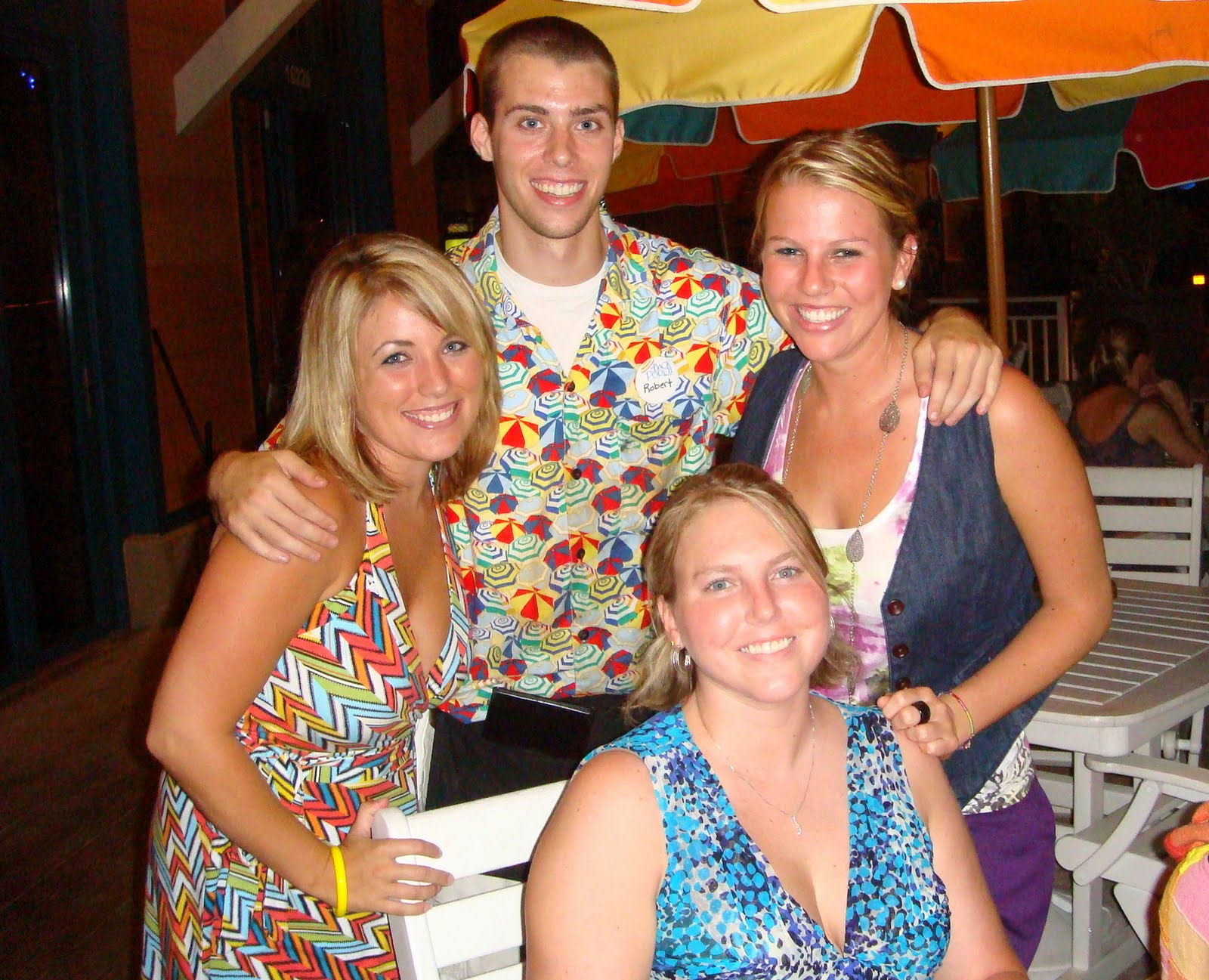 The next day it was time to enjoy the beach and beautiful weather! I had been nervous about this trip because there were THREE babies in a 2 1/2 bedroom condo for 3 nights! While it was a little crazy especially when Zach and I parent very differently from Brad and Courtney, it was nice for Kye to spend time with his cousins. I was worried that Kye would have a hard time with all the noise and the other babies crying so much (he used to cry whenever he heard a baby cry!), he surprised me and handled it all so well!

Here’s Colt and Kye playing with a ball together! 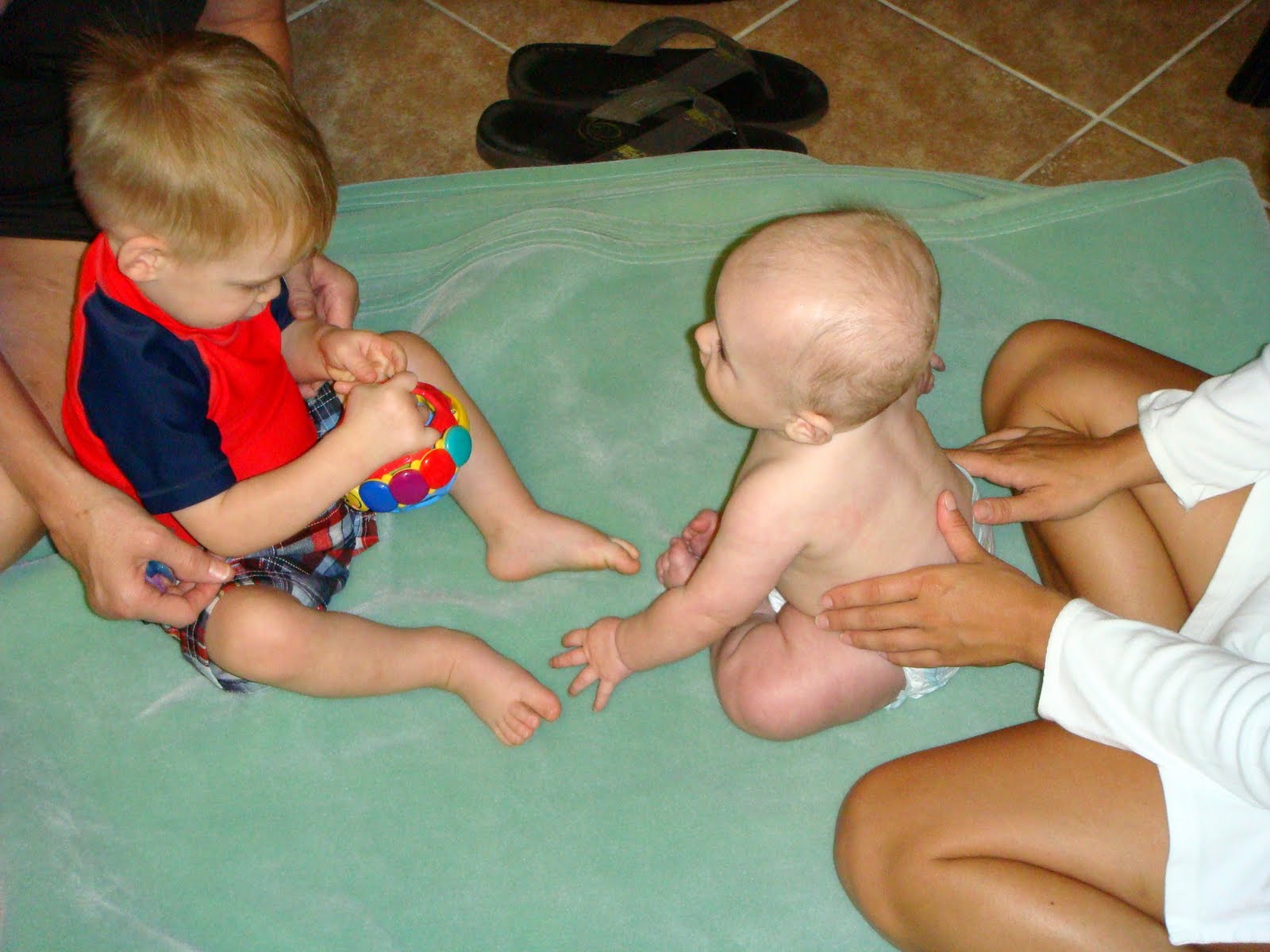 Zach and I agreed in advance that we’d both stay up in the condo together for all his naps throughout the day. It ended up that we were only going to be able to do something between 11:30 and 1! We tried to go to the indoor pool during his first awake time (7-9) but it wasn’t opened yet because we stayed on Georgia time and PCB is an hour behind GA. It was okay that we didn’t get to go down to the beach very long. Kye isn’t a big beach fan (hates the sand) but he LOVES indoor pools so we went there instead!

It was Payton’s first time ever in a pool! 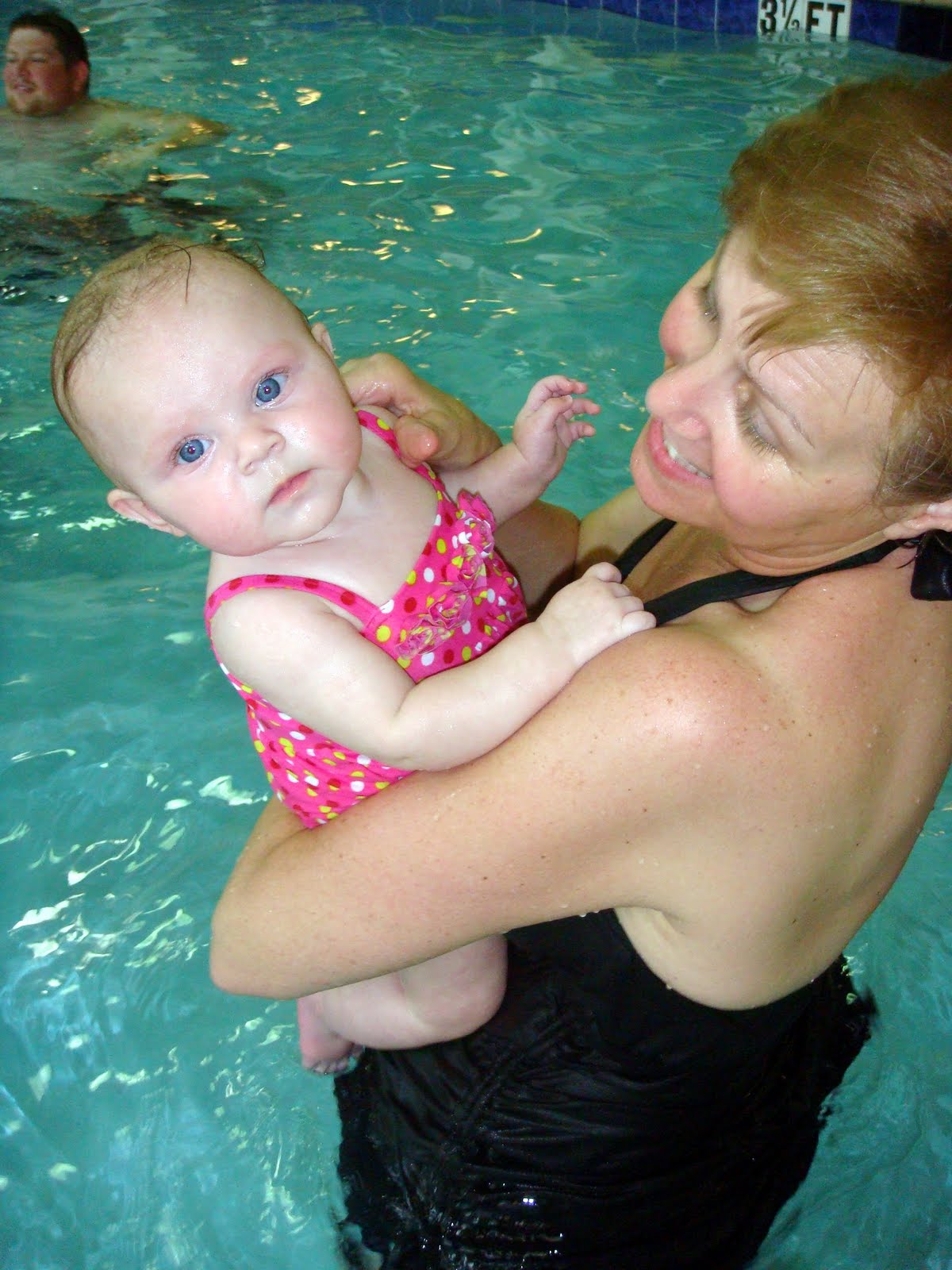 Zach loved this picture of Kye and I playing together…random! 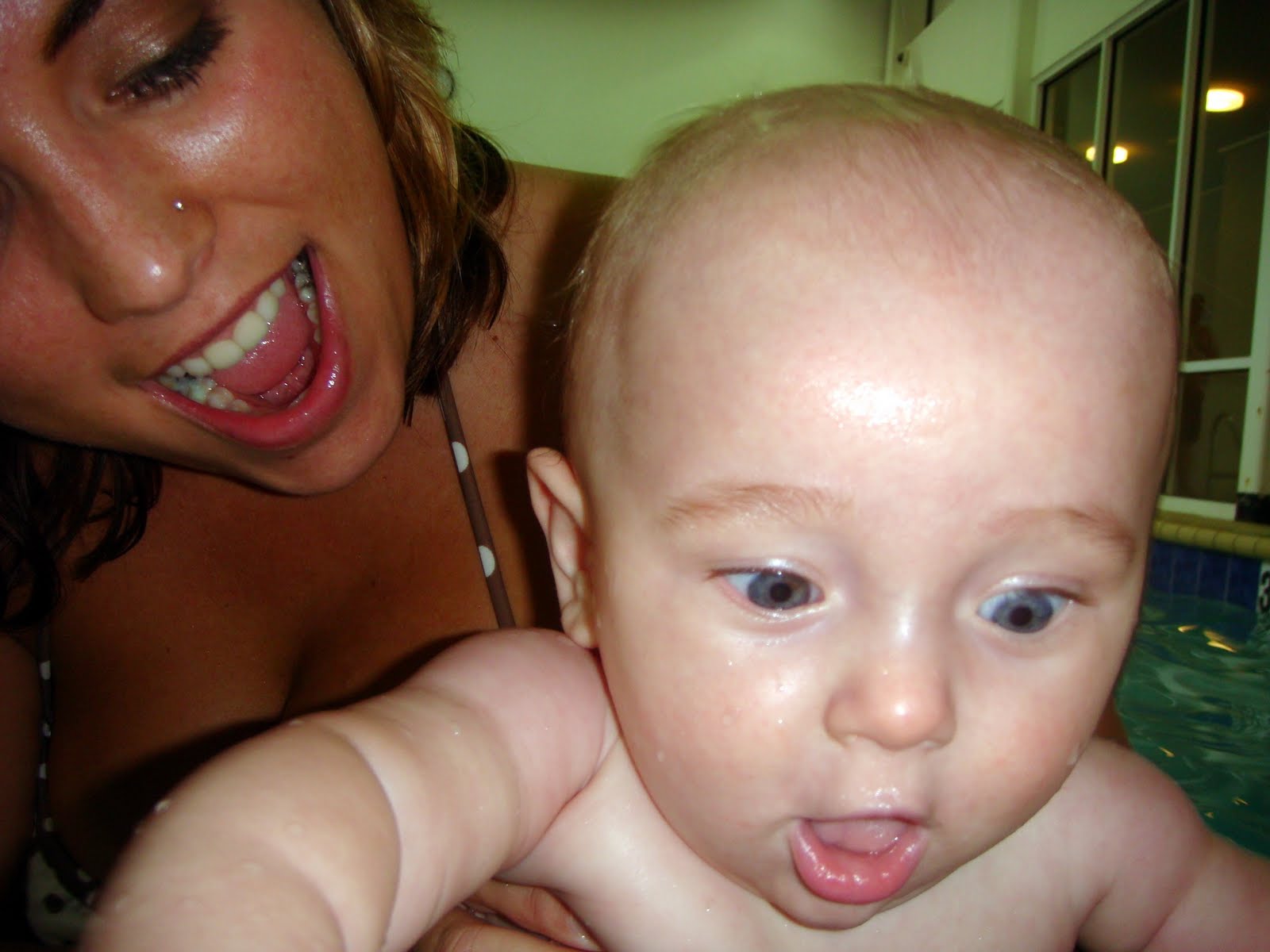 For some reason we decided to get the only group shot of the weekend while in the pool. Haha. And of course none of the babies are looking! 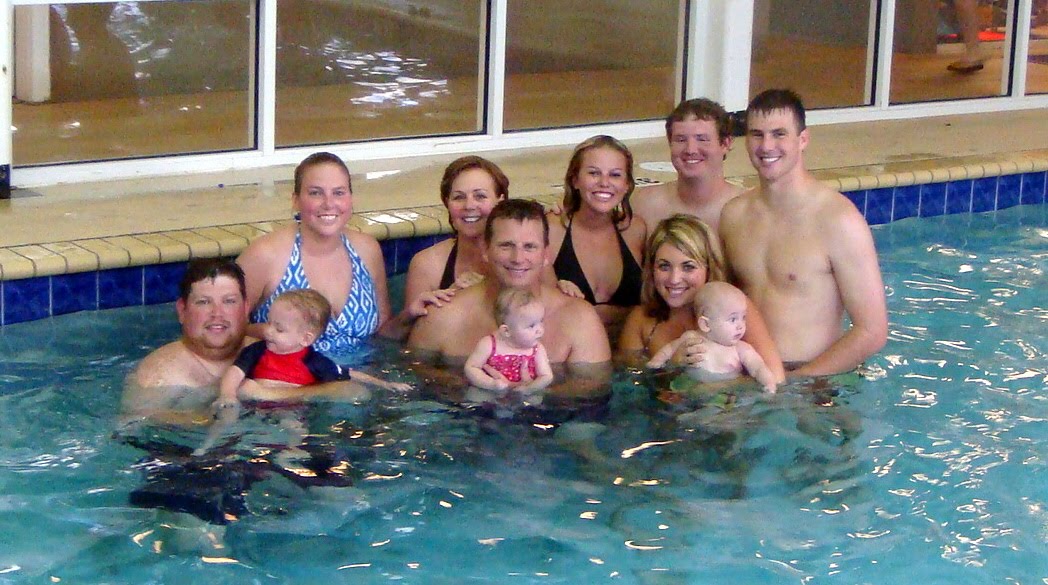 Kye giving Payton pool kisses. It was funny how our whole group dominated the pool and I wondered all weekend what people thought! Three kids so close in age, I swear they probably thought at least one of them was Rusty’s and Charlotte’s! 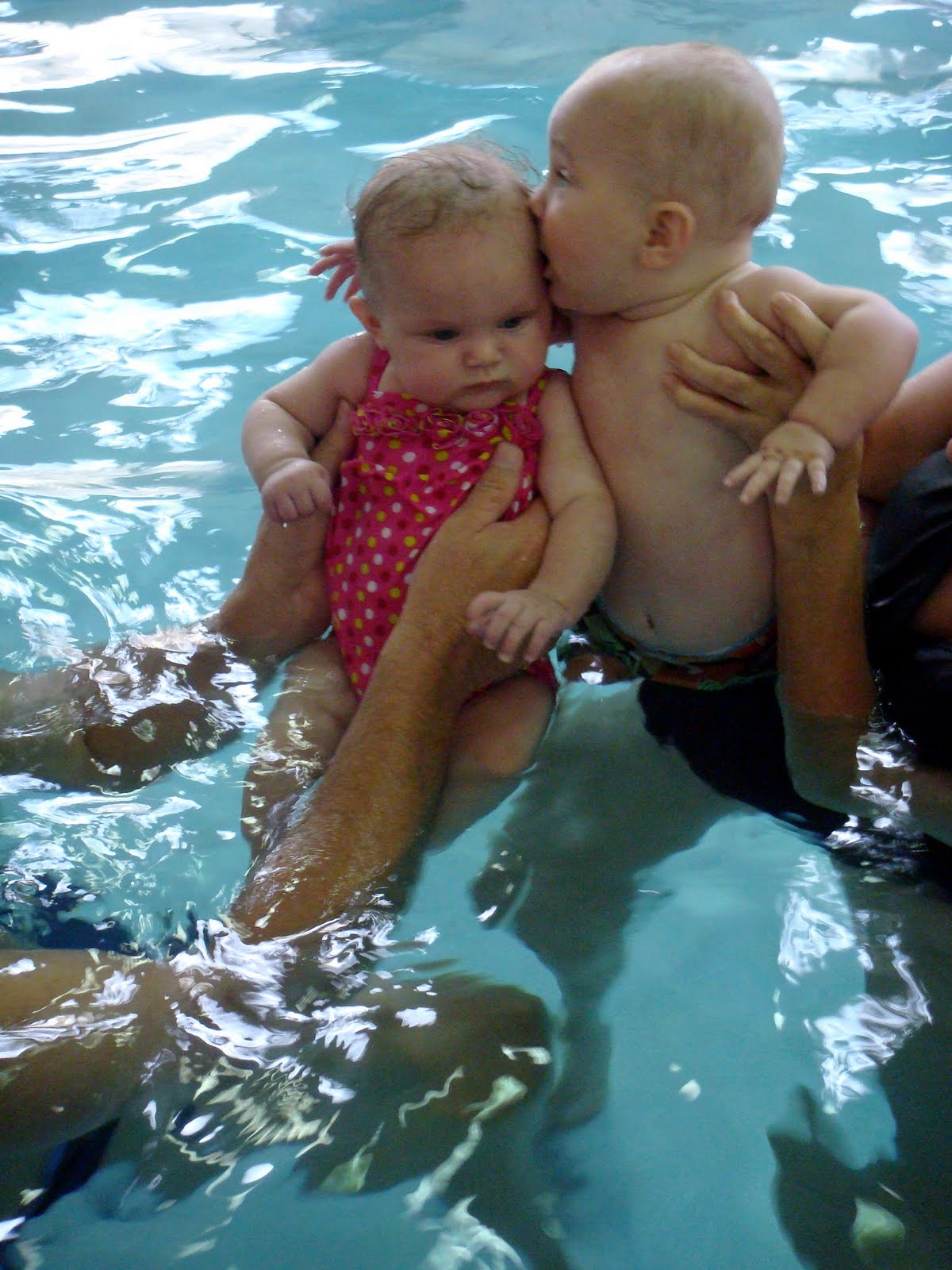 That afternoon the UGA game came on so Mr. Rusty HAD to be in front of the tv. It worked out good for Zach and I because he stayed up while Kye napped so we got to enjoy the pool for a little bit 😉 UGA lost, not that I cared but it put Mr. Rusty in a not-so-awesome-mood. Even though it was Casey’s actual birthday that night we didn’t go out for dinner due to the game so we grilled hamburgers and hot dogs instead!

Kye and I going to help Daddy with the grill 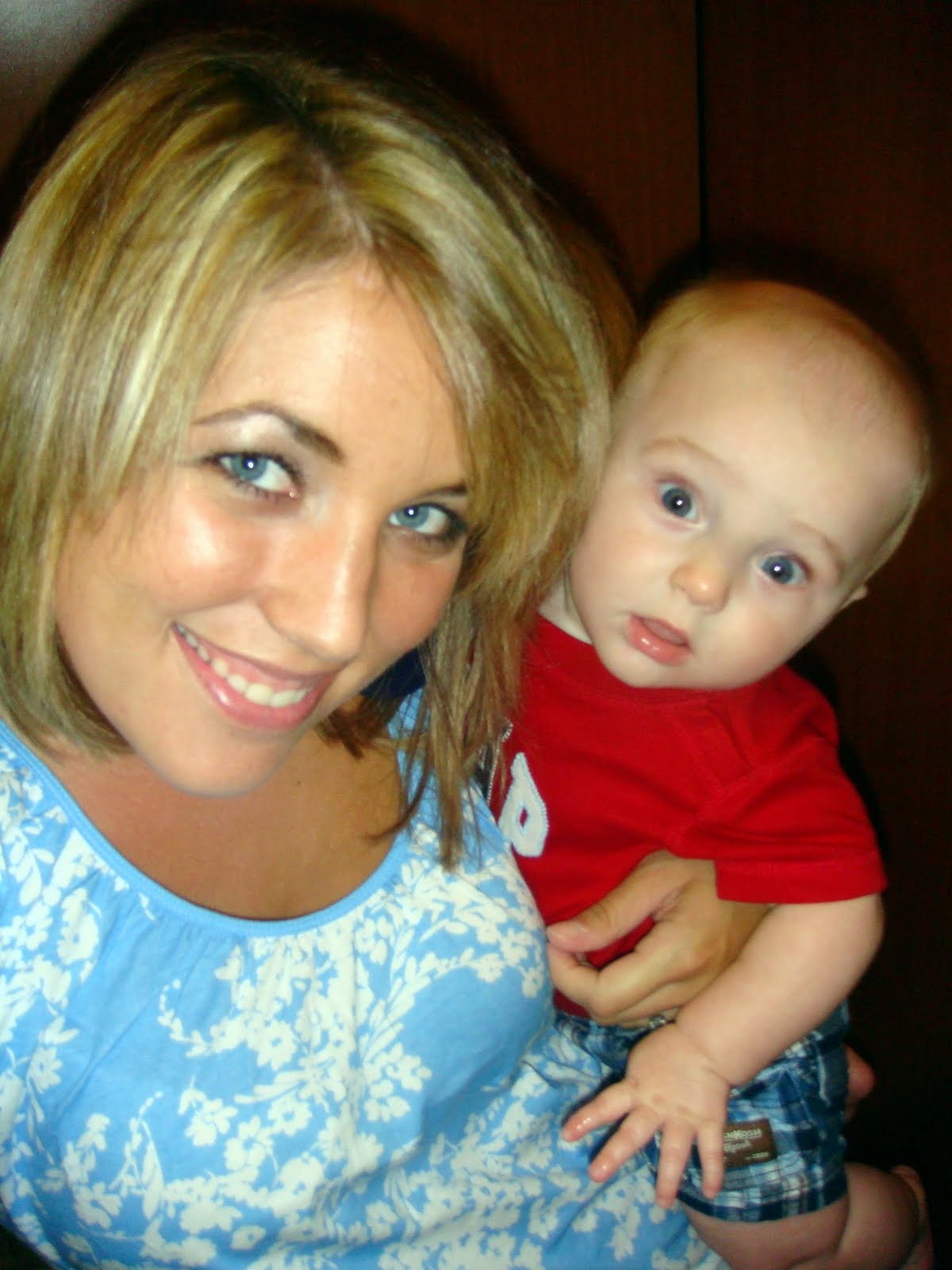 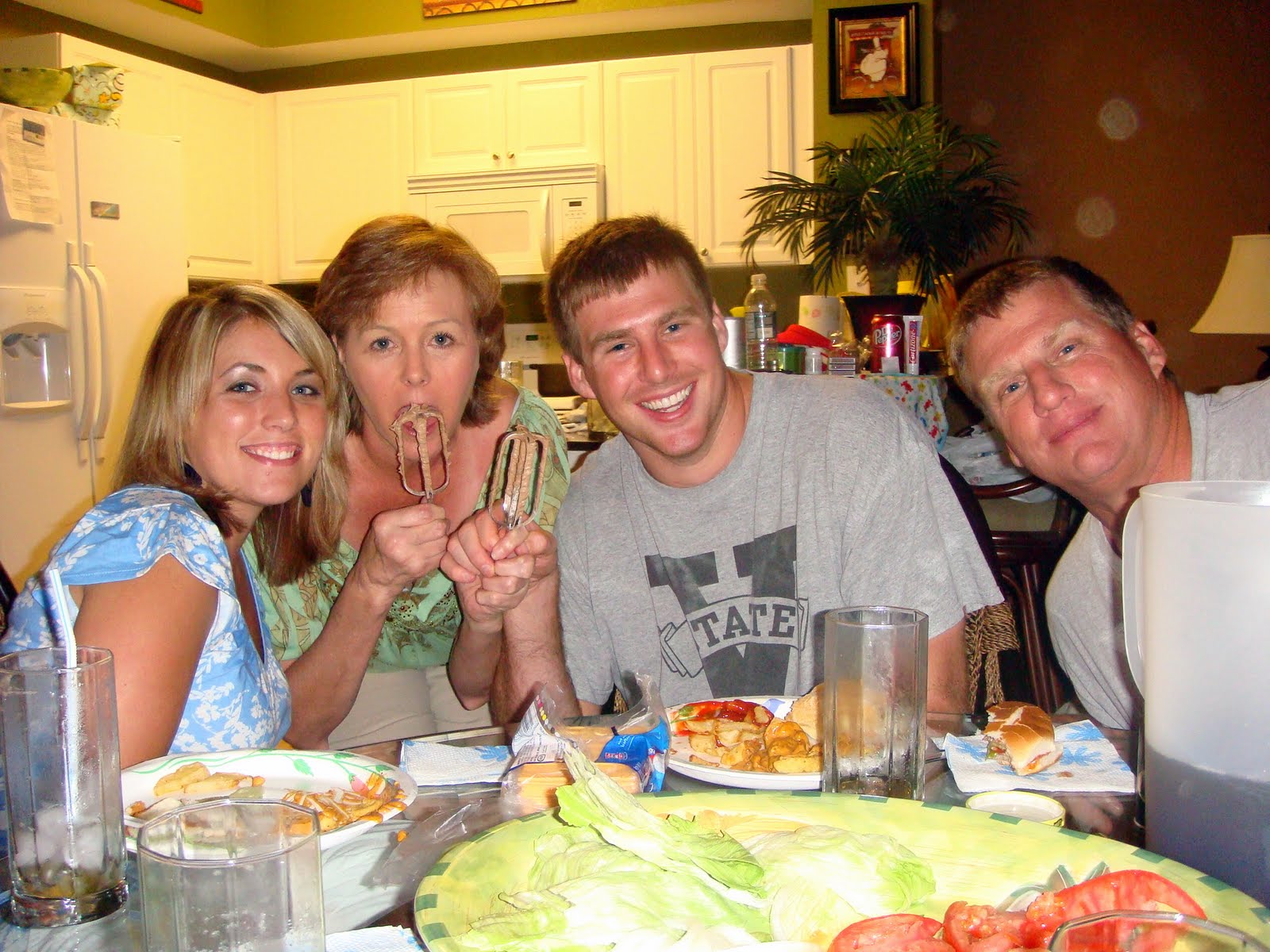 After dinner we BEGGED the guys to play board games with us and we ended up playing Guys vs. Girls in Taboo. No surprise, Zach, Brad, and Jordan (Mr. Rusty was in the bedroom watching MORE football) won 🙁 Here’s the girls sad faces! 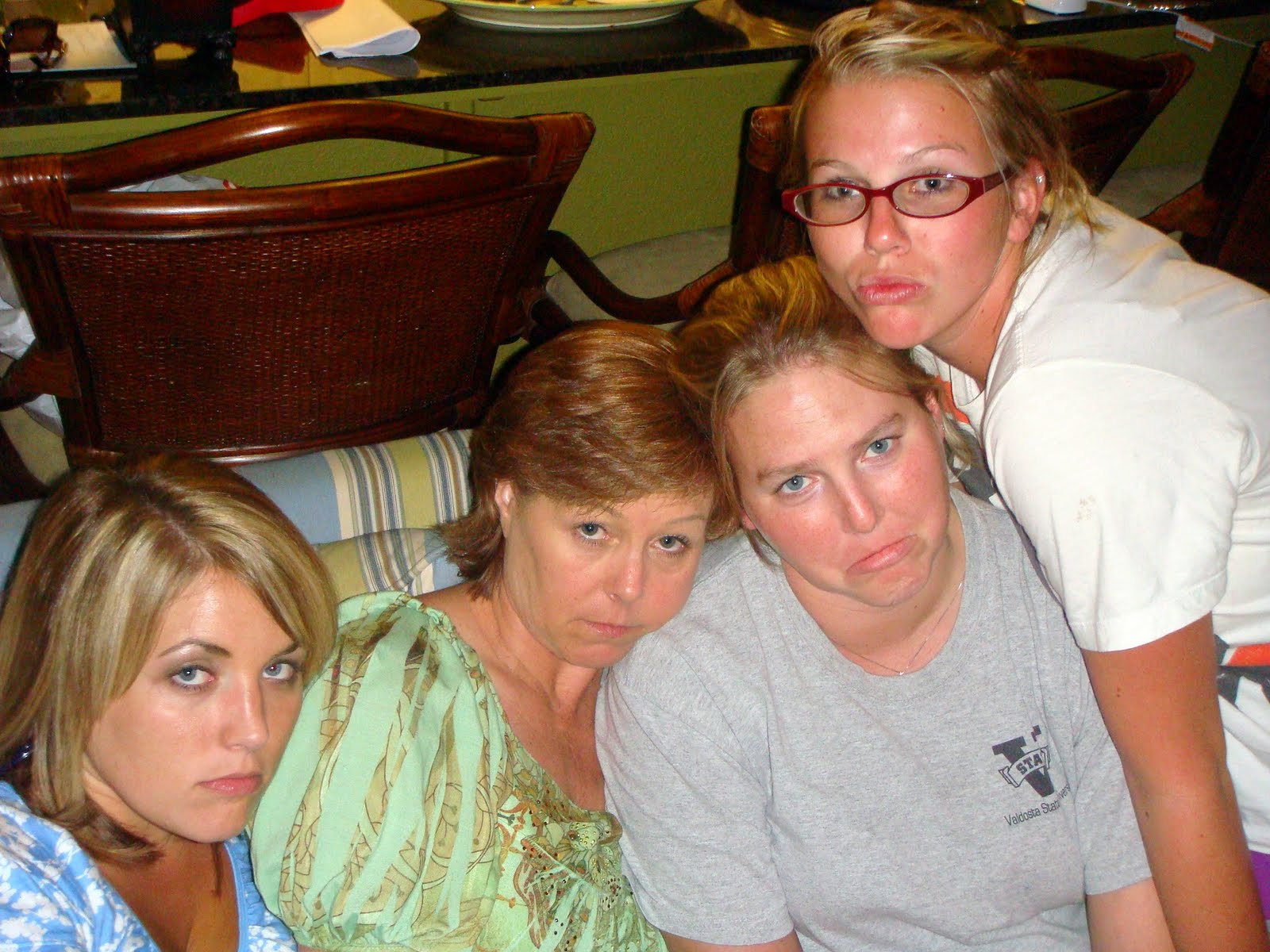 Part II of our trip coming up!