I kinda have a bitter taste in my mouth about this particular event due to a couple comments regarding my being late. It REALLY rubbed me the wrong way. I mean if someone is running a few minutes late, how about offering to help when they get there rather than rubbing it in their face and trying to make them feel more guilty than they already do, ya know? Geez! Especially since I’m a pretty “on the ball” type parent. I felt so, so bad and kept apologizing to Kye over and over for missing the hunt. He finally said “Stop Mommy. Don’t be sorry. You were HERE!” And ya know what? He’s right. I was there. Maybe that particular person who felt the need to “put me in my place” should have taken a step back and looked around. Not all the parents could be there. Many have to work and can’t make it to little events like these. Sure, I was a little late. I was a little “off my game.” So what? I was doing my best to be there for my child. And HE was grateful just to have me. HE didn’t mind a bit if I had been early or if I had been even more late. It didn’t matter to him. He was just happy to have me there at all and I appreciated him so much in that moment. He put me right back where I needed to be and allowed me to stop focusing on rude commenters and instead just on my sweet boy and on what really matters. We had a fun time and even Britt had a blast!

My friend took this picture of Kye with her daughter, Adia before I made it there! 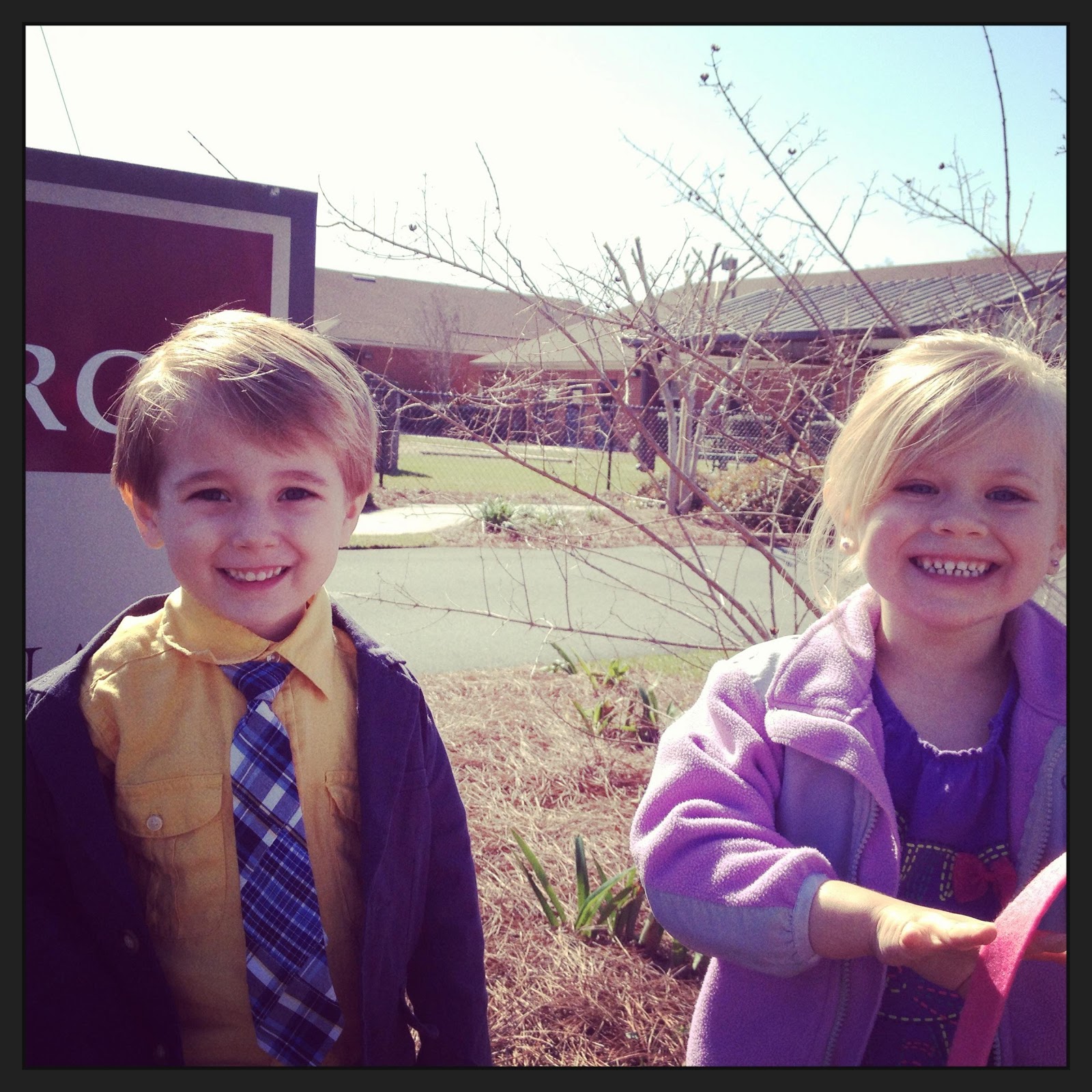 Britt was so excited to share Kye’s eggs with him 😉 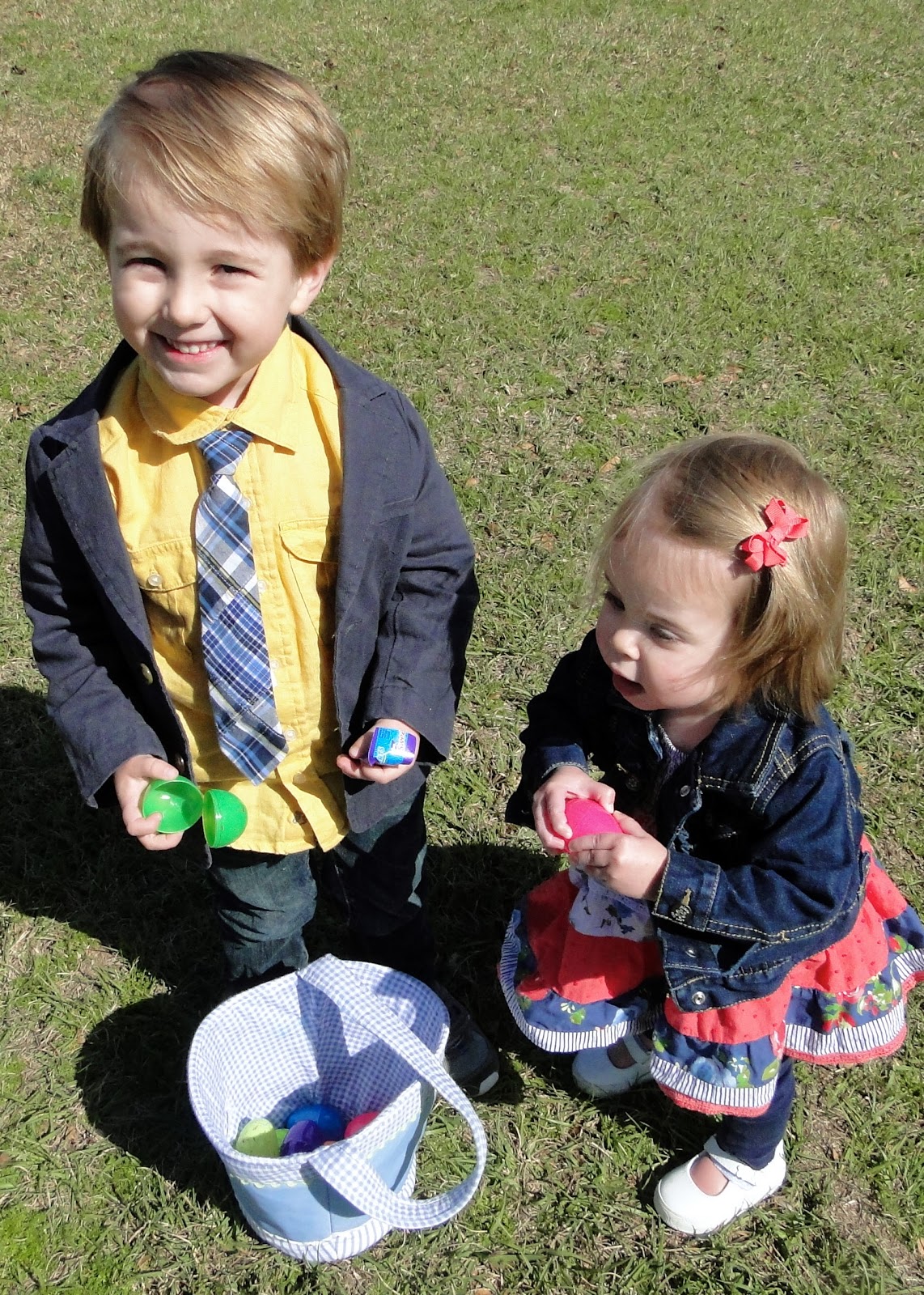 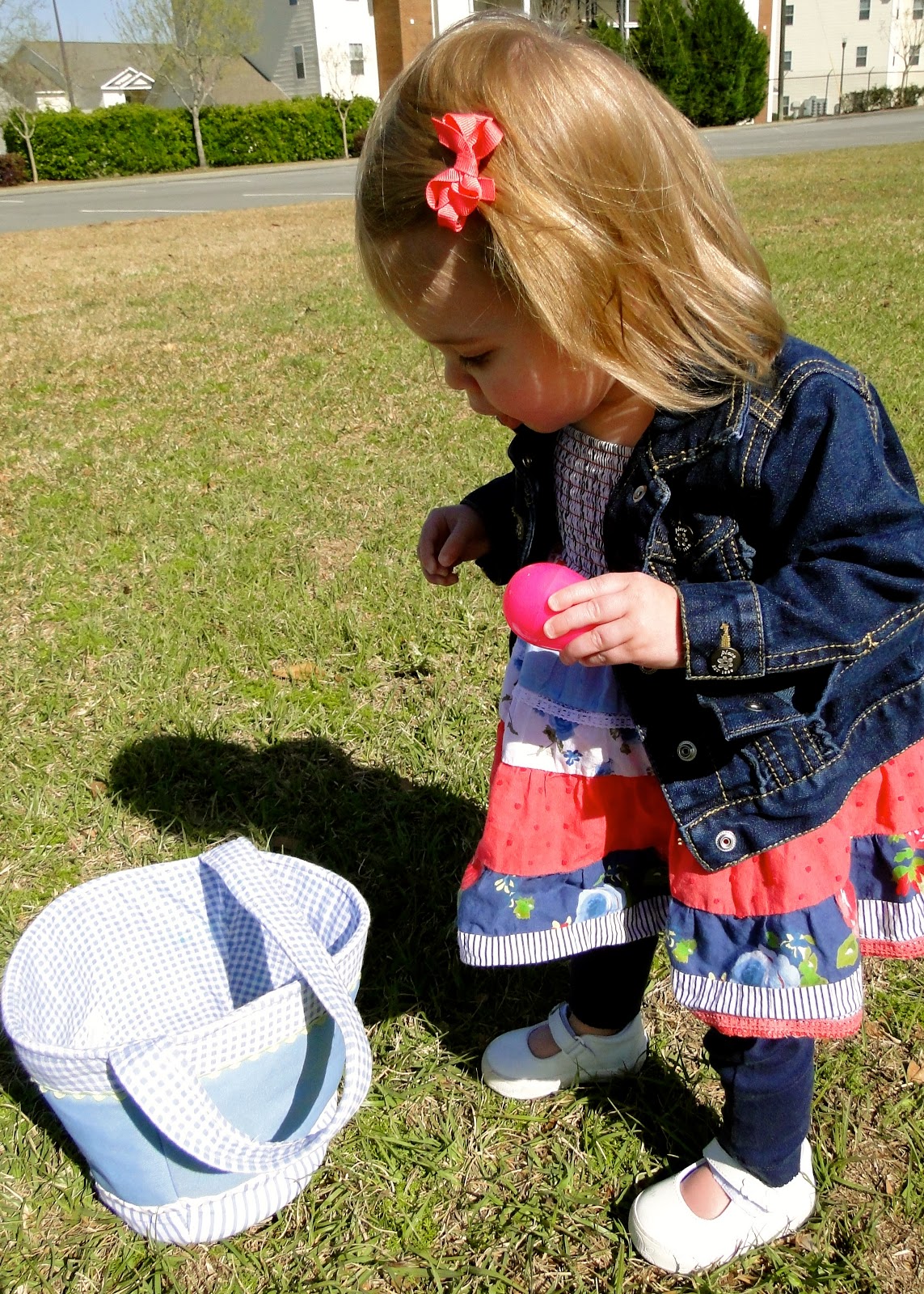 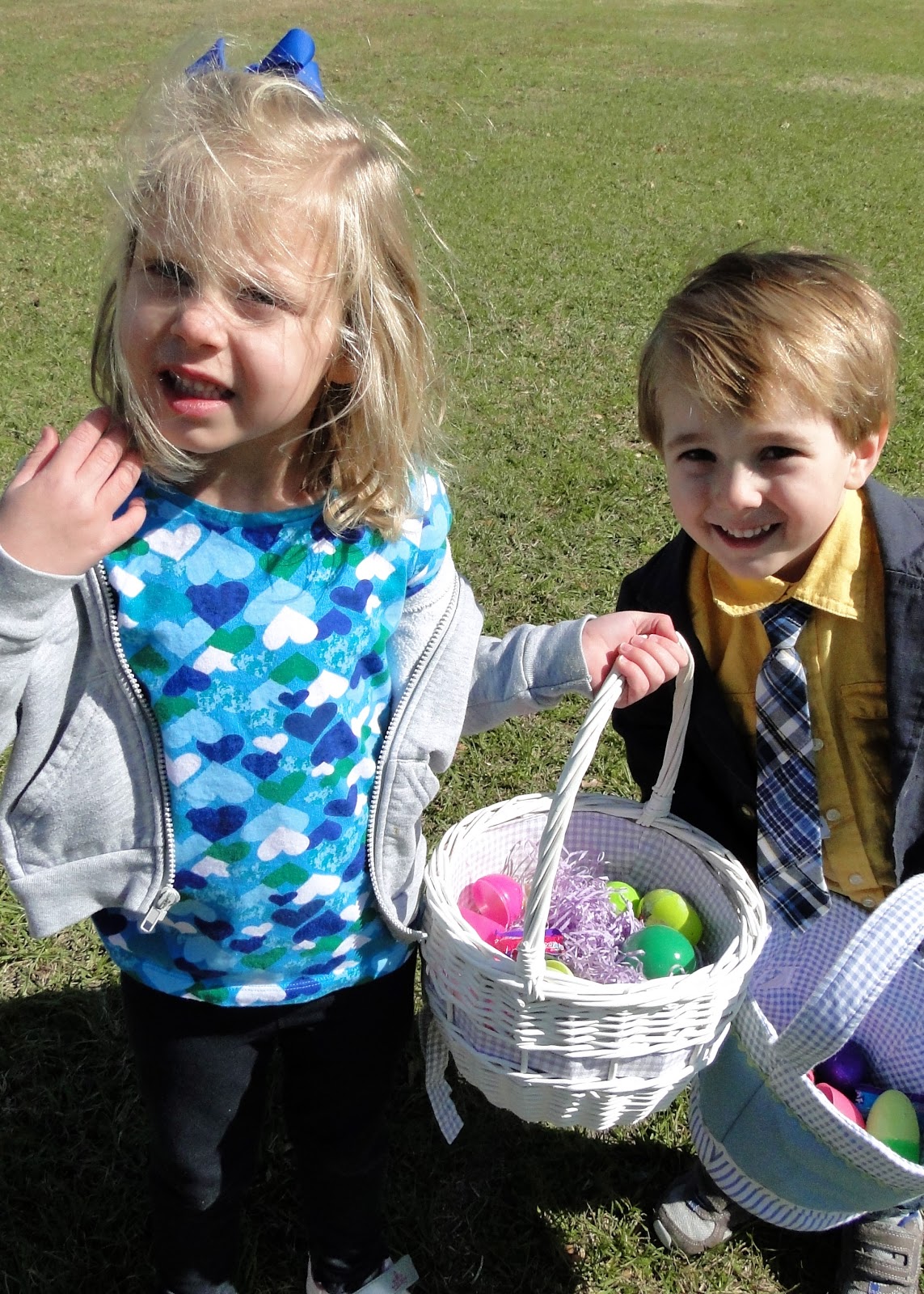 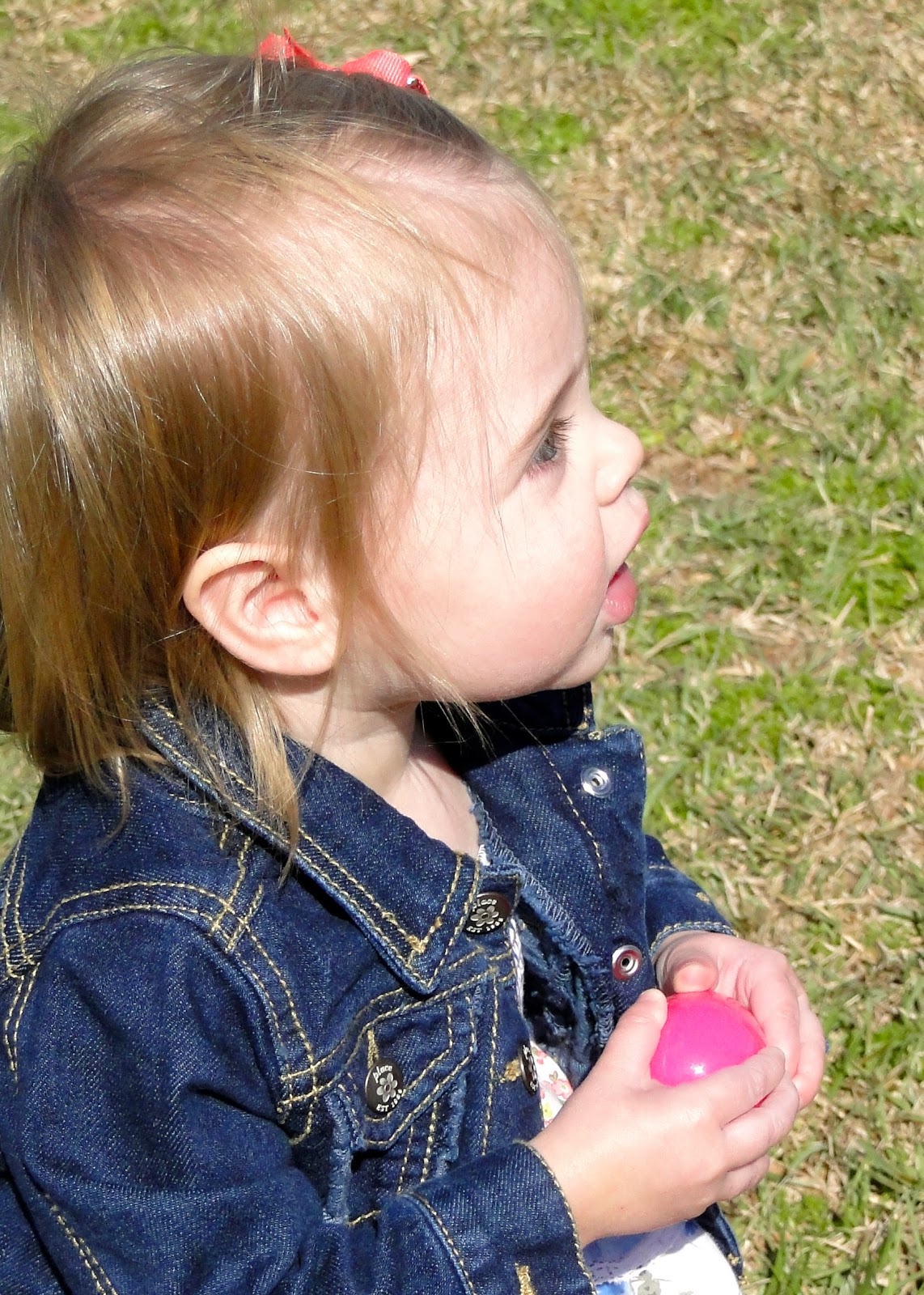 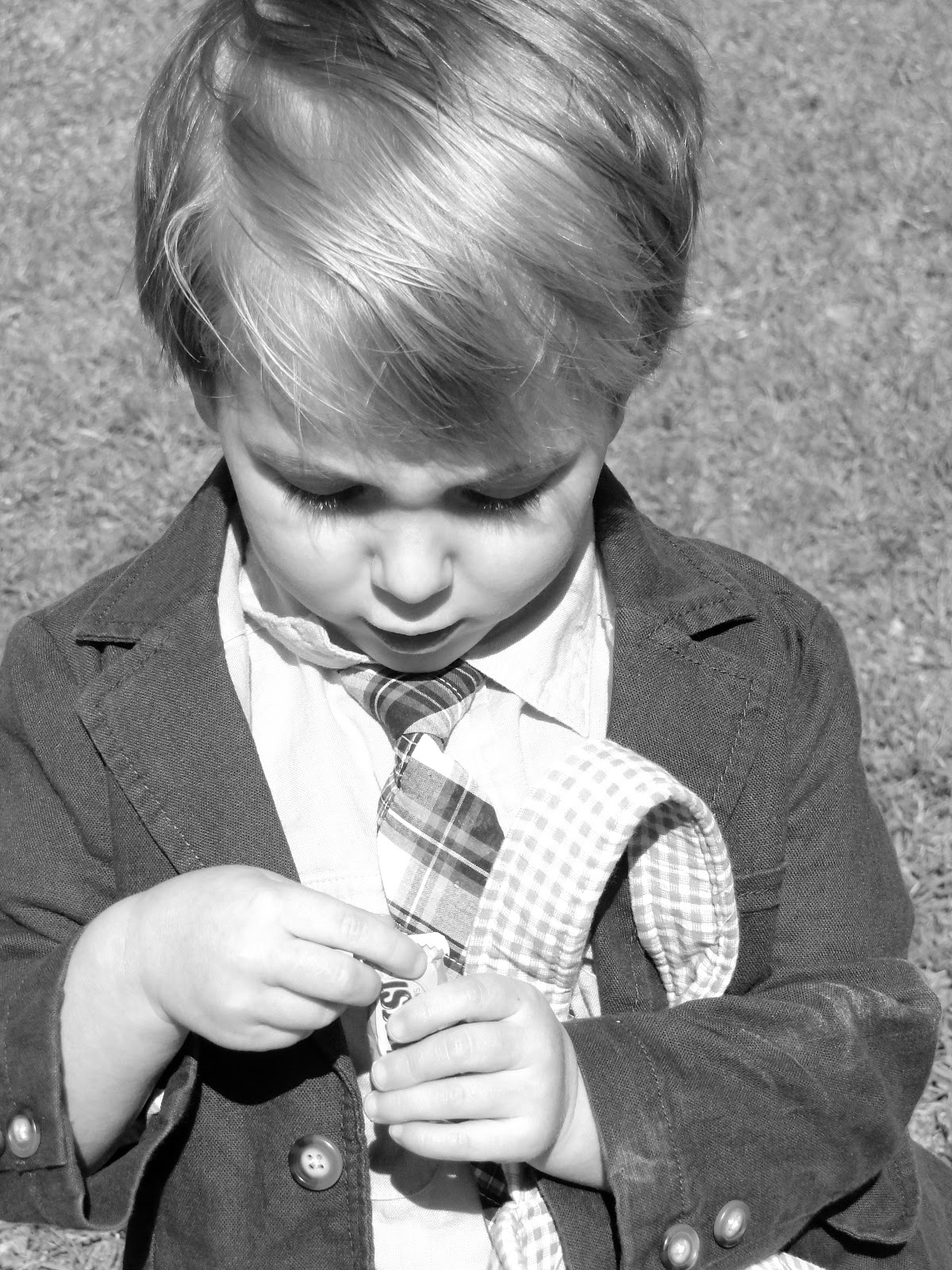 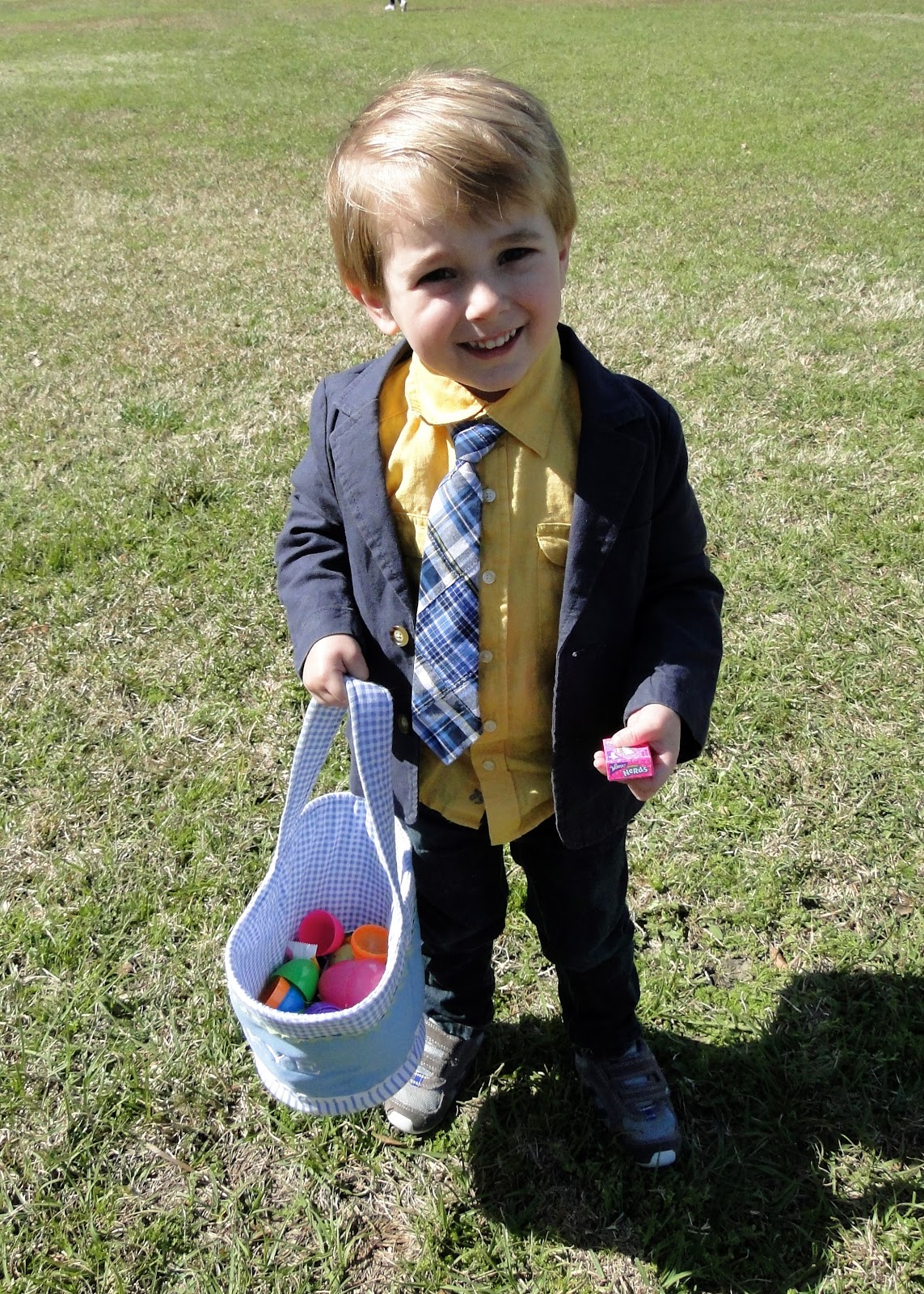 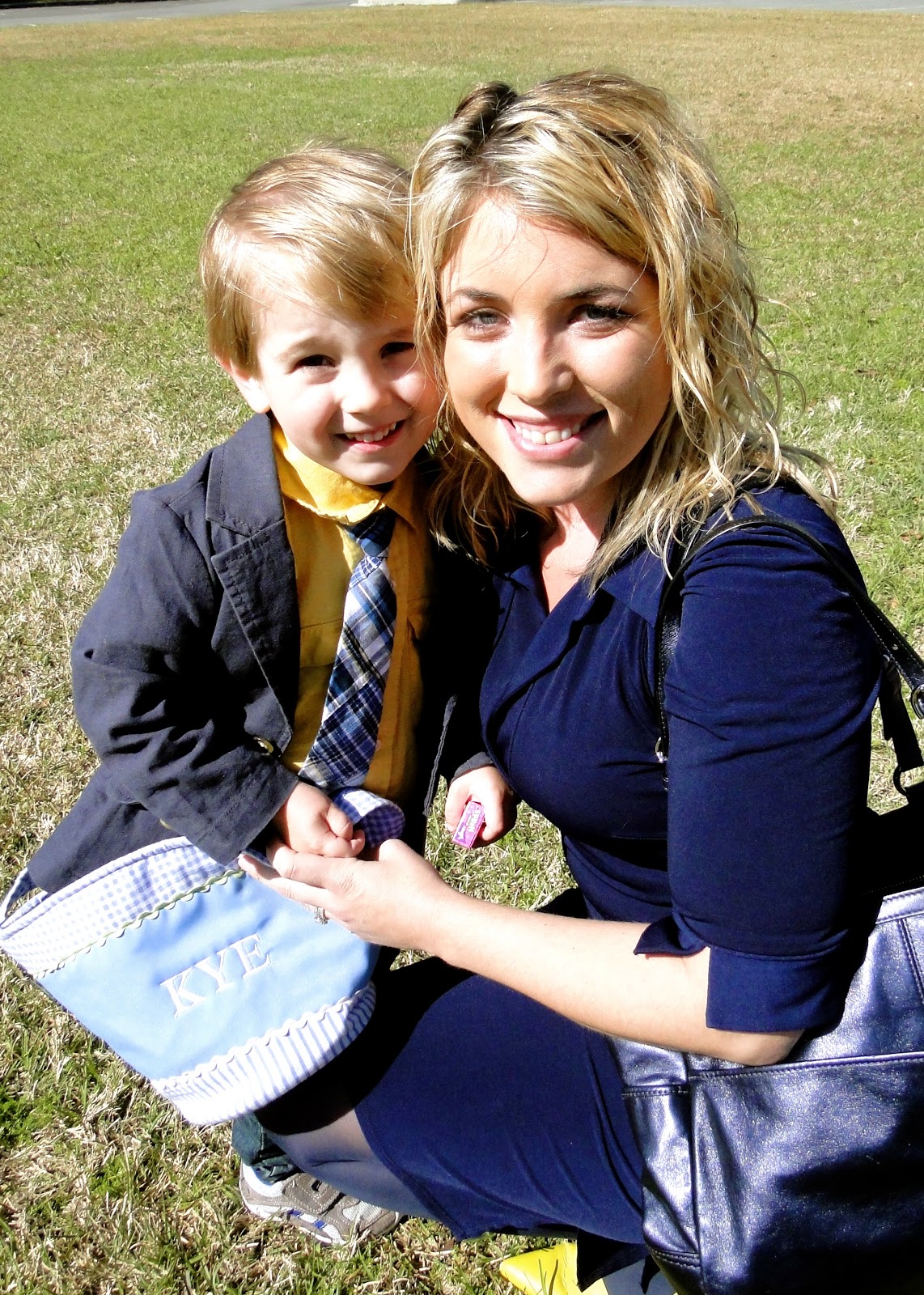 Attempt at a picture of the three of us! Thanks to Lindsay for taking it for me 🙂 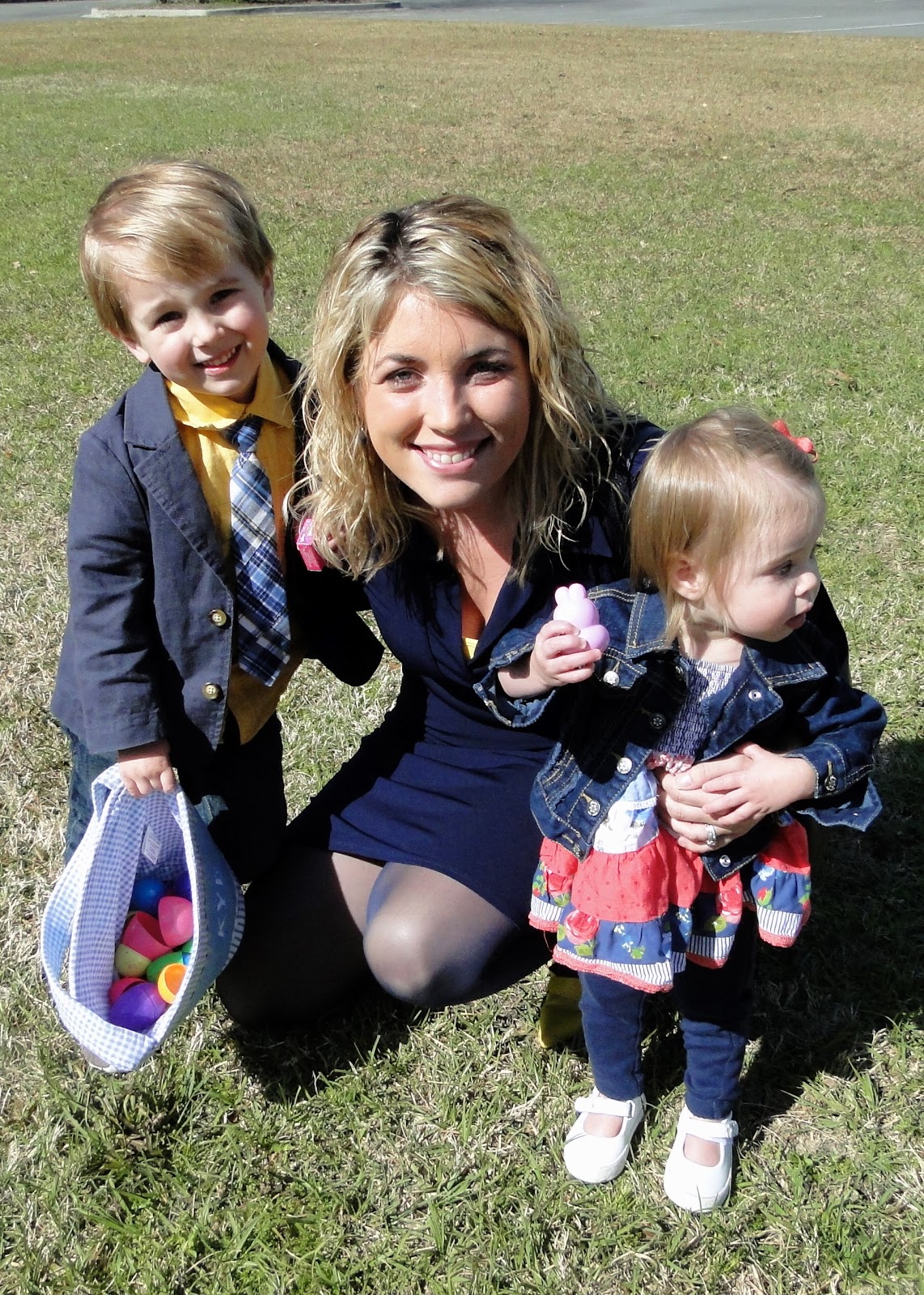 We got to spend a lot of time playing on the playground and Britt was a little celeb in the eyes of all the preschoolers! They were practically fighting over who would get to “help” her and play with her. She ate up all the attention. Then, of course, it became a game of showing Mrs Emily all of our tricks. I think I cheered on every kid in Kye’s class like 5 times as they went down the slide haha. I can’t imagine how Michelle Duggar makes it through a day with 20 kids of her own!!! 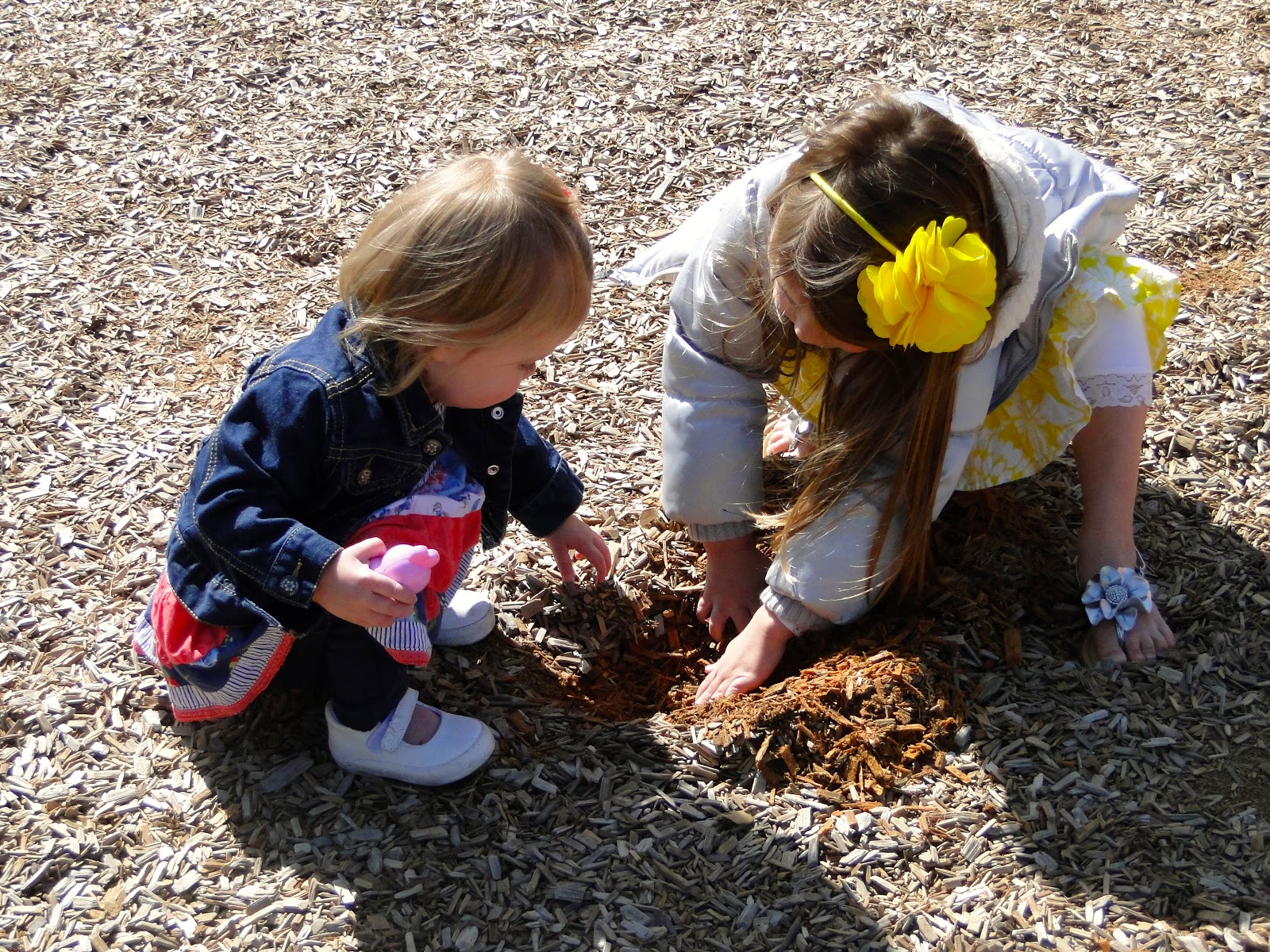 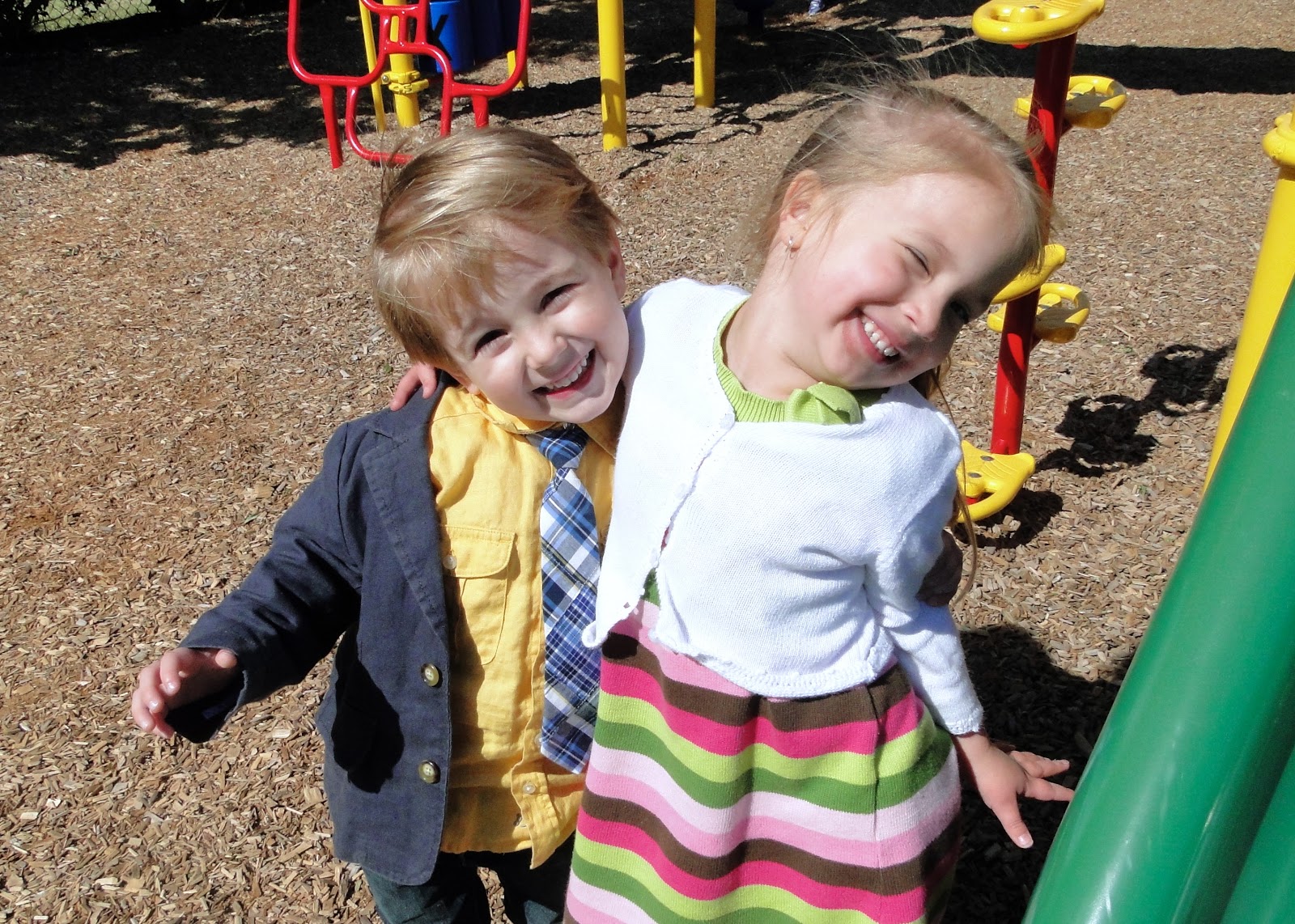 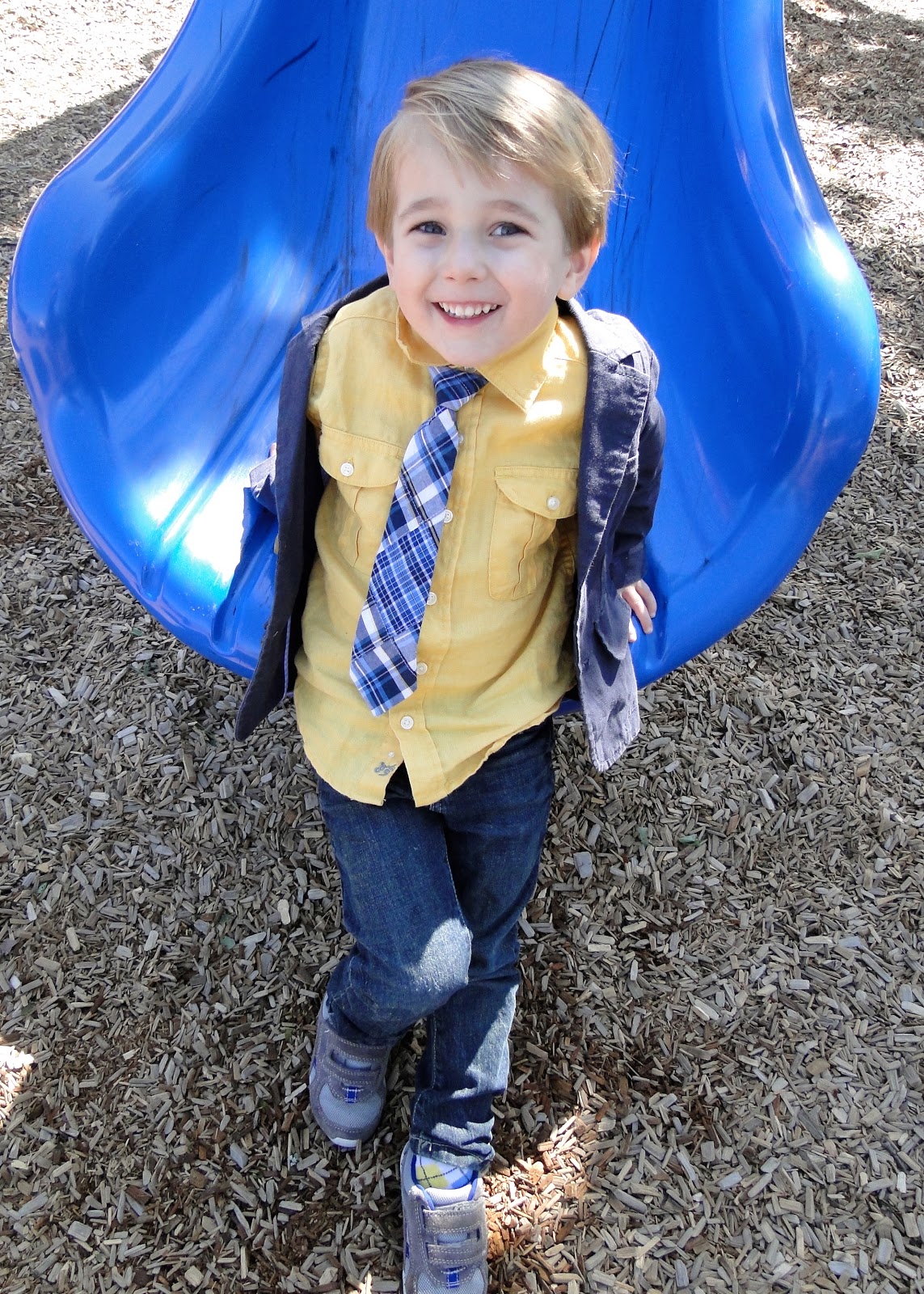 Even though I was pretty off-put by my little run-in, I tried my best to put it behind me and just focus on Kye and on Britt and even on the other kids. It was fun to play with them all and to see them all interacting. This year has been such a year of growth and change for Kye and I’m glad he’s starting to play with the other boys in his class. Up until recently he’s been ALL about playing with Payton and Kailyn and they are at that age where they just want to play with other girls so he came home with hurt feelings being left out. I continued to encourage him to play with other boys in his class on the playground and he has been doing that and comes home with lots of fun stories of the games they play together. I’m so thankful I’m able to attend events like these and can’t believe this school year is already coming to a close so quickly!!!