Kye had been SO excited about celebrating his birthday at school! Of course we ended up having to do our taxes the same morning as his little party was scheduled. But we made it work! It actually ended up being perfect because it meant Zach could swing by the party for a few minutes before leaving for work!

They celebrate all the birthdays for the month at once so Kye was celebrating with two other little girls in his class. He wanted to wear his firetruck shirt from his party! Mrs. Lindsay made him a special birthday crown to wear (which is his very possessive with at home haha). 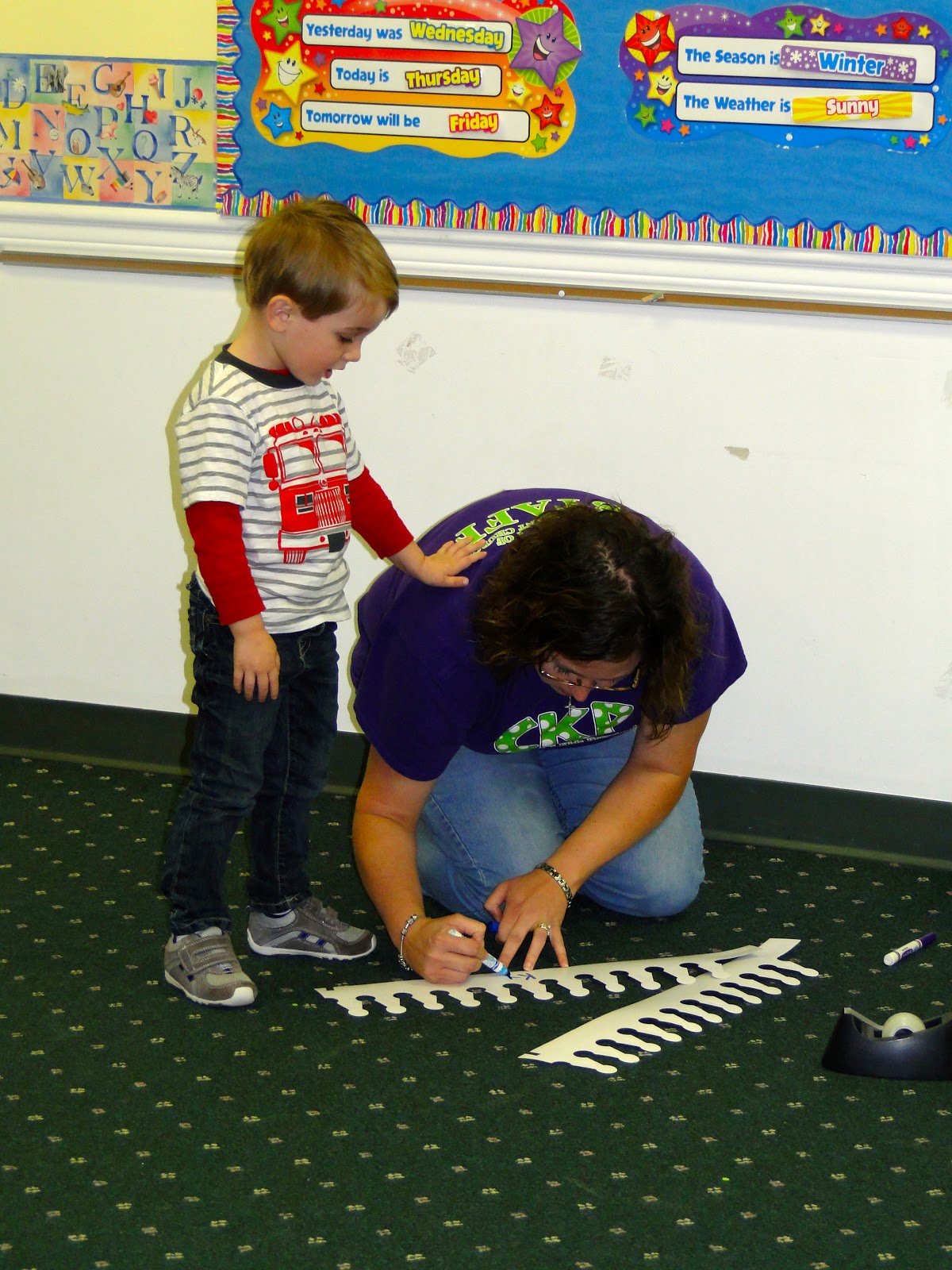 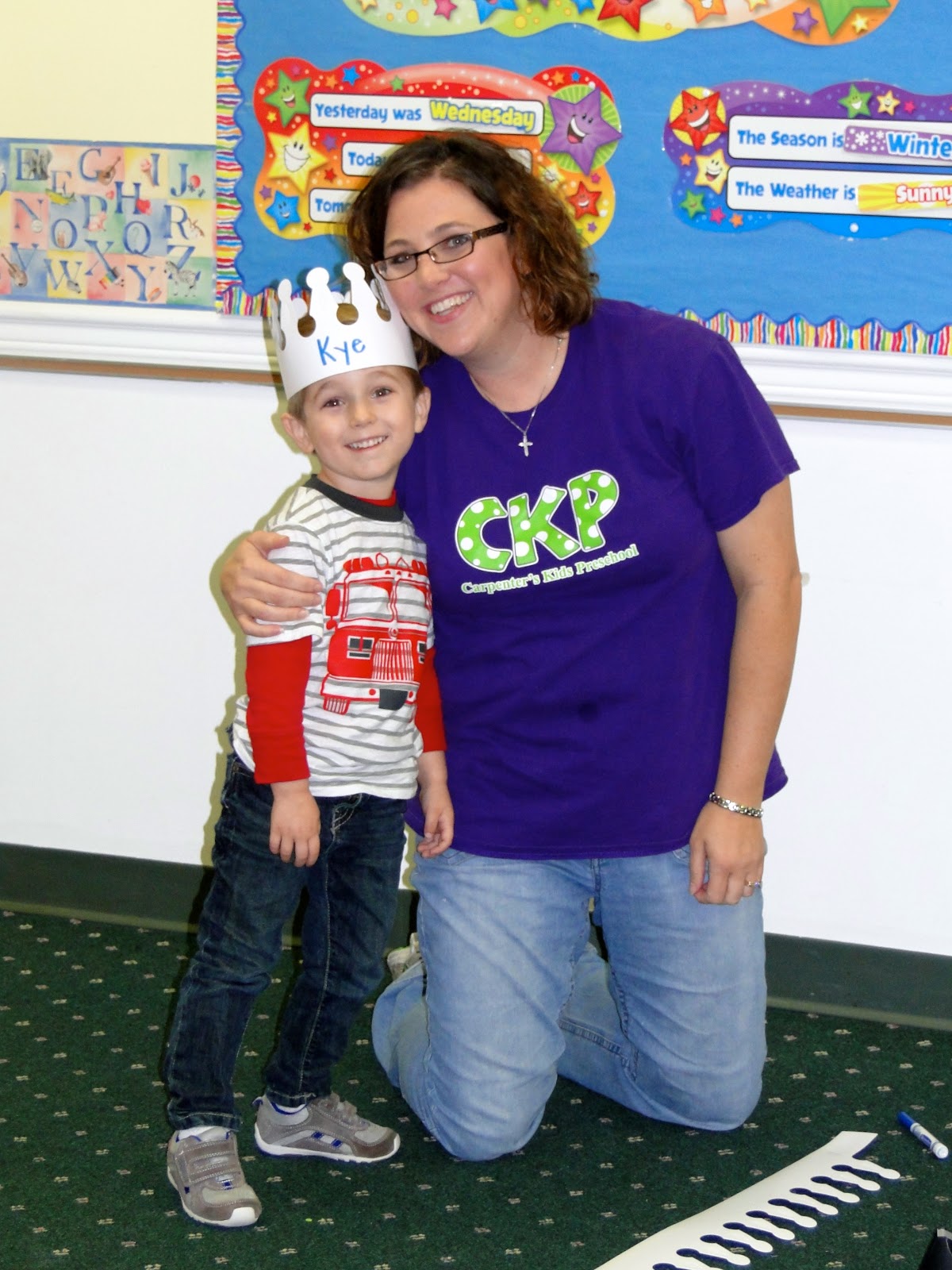 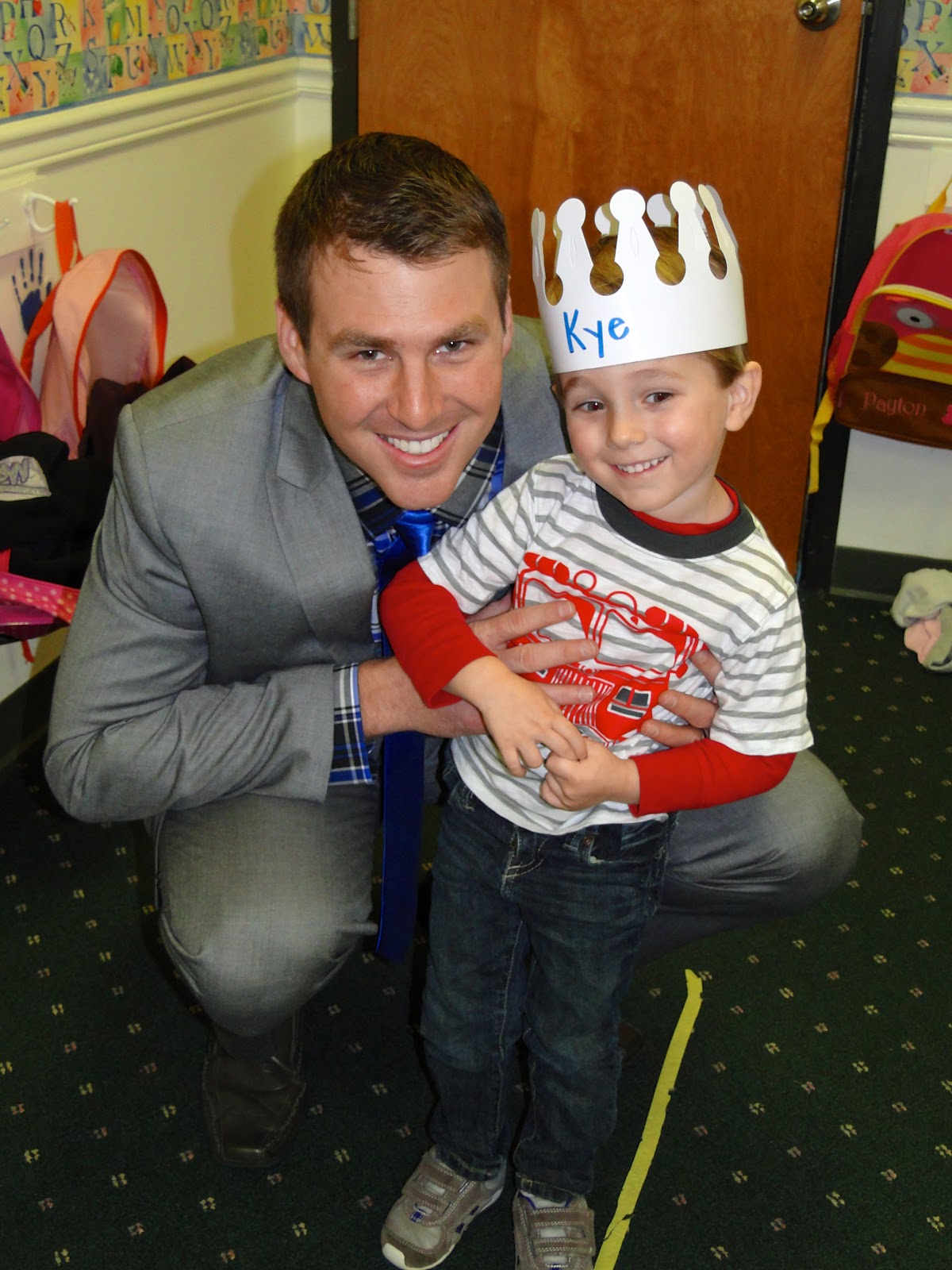 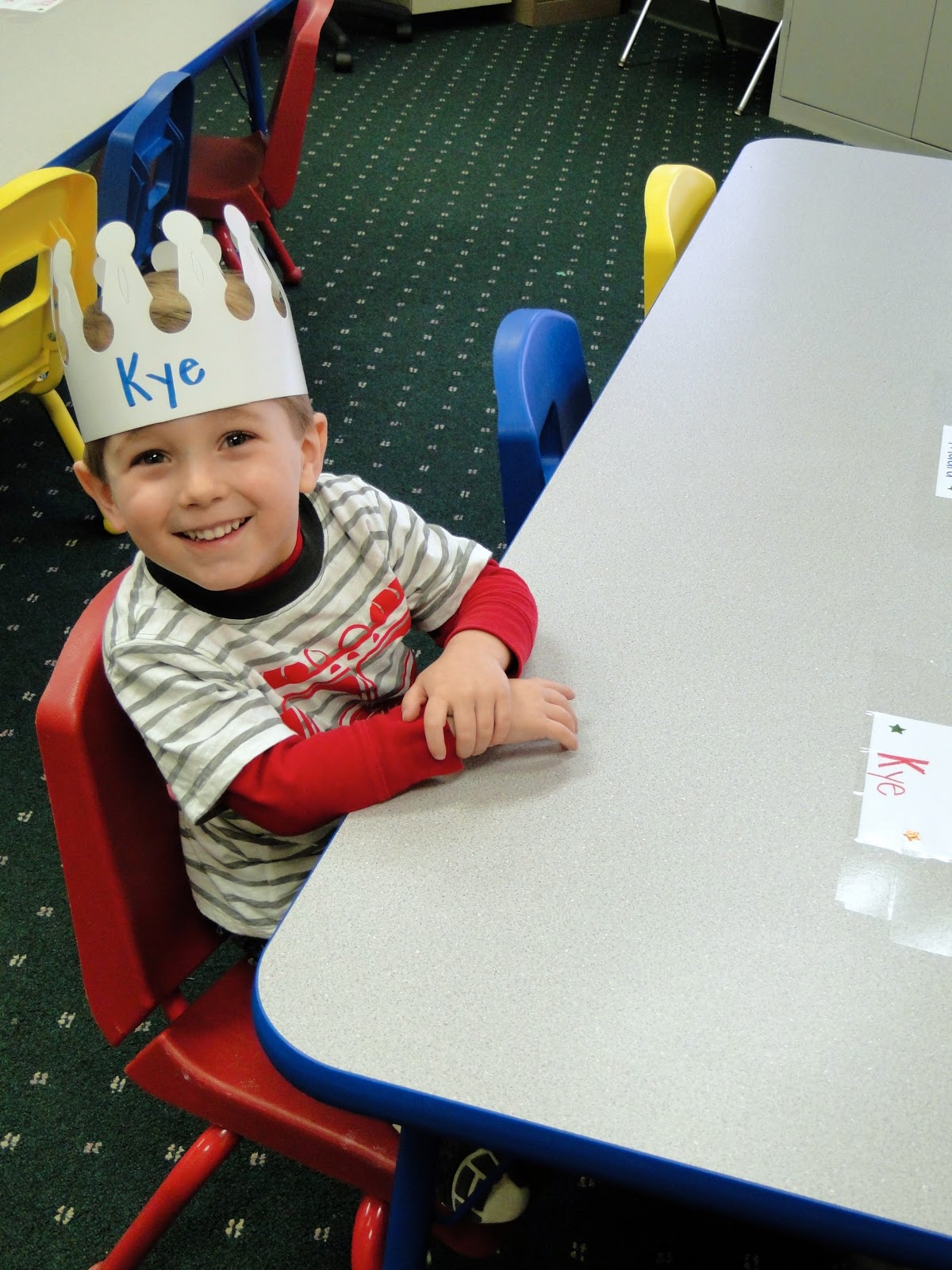 Each mom volunteered to bring stuff for the party. I made the same Dalmatian cupcakes we had at Kye’s birthday party and made little cupcake toppers to go with them. I also supplied a sheet of fire truck stickers for each child and one of the suckers from the party as I had just enough left over 🙂 The class sang a Happy Birthday song for the birthday kids and they also got to lead us in the prayer before snack time, you can see a video of it here! 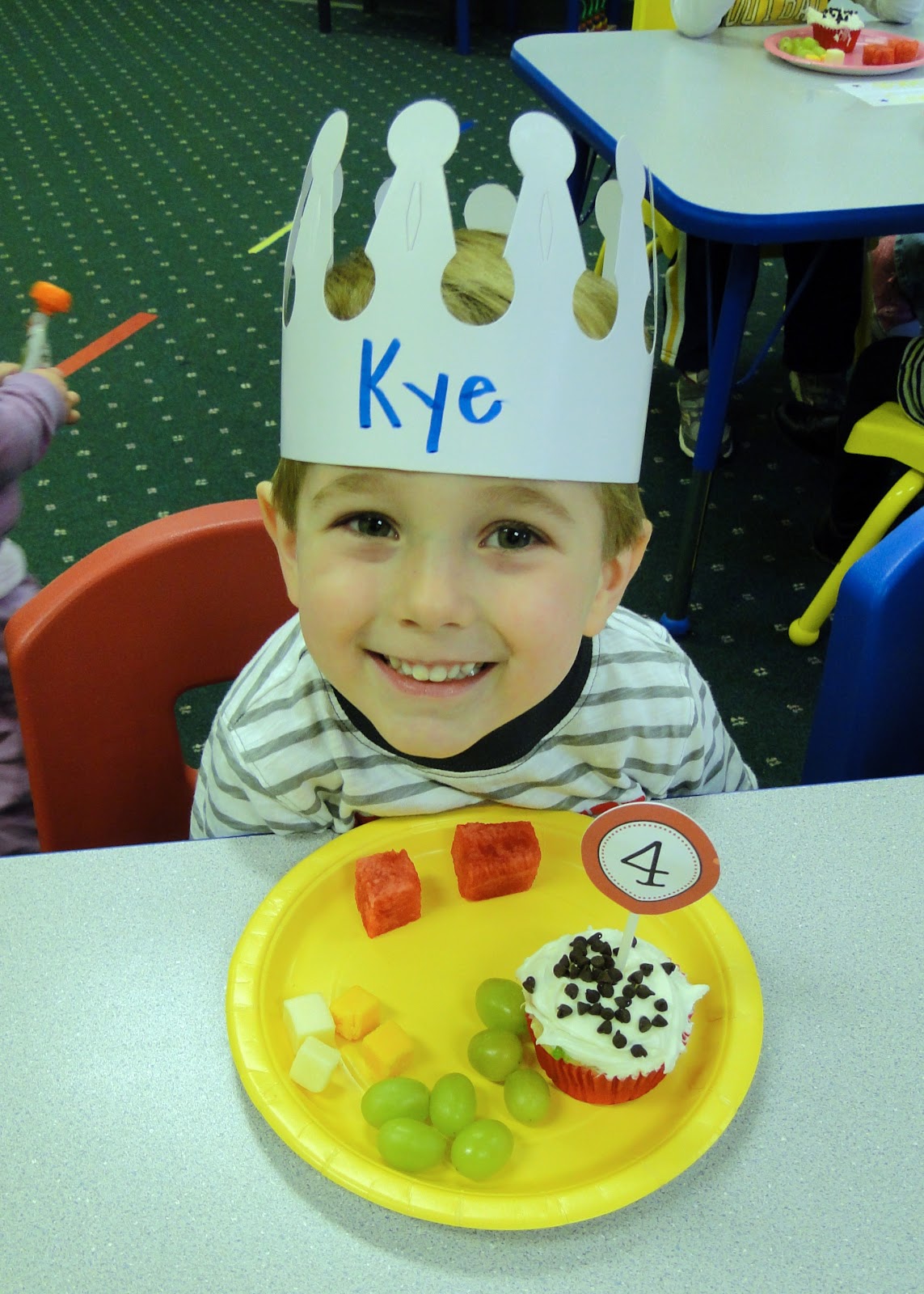 After snack they all played on the playground and Kye and I stayed to play since I had to wait around there to meet Mrs. Charlotte with Britt anyway! It works out great when I have errands or things I need to do during school time because Britt can easily nap at her house since she has to drop off and pick up Colt and Payton everyday anyway! I enjoyed getting to watch Kye have fun with his friends and talking with the other moms who were there too. Kye had a BLAST on his special day! You can see his birthday celebration at school from last year HERE! 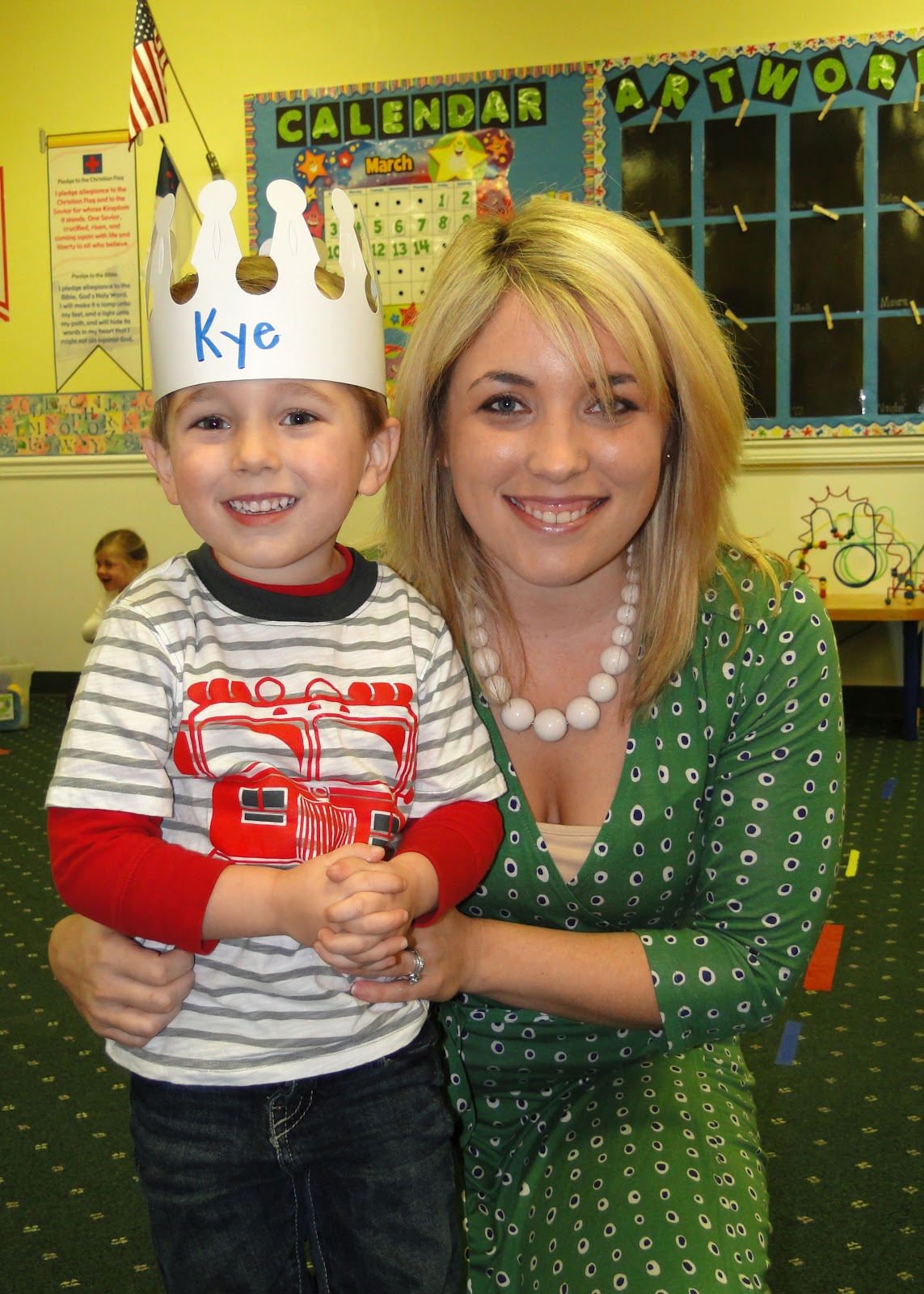 Usually every year I order super cute thank yous to send out to everyone after each kid’s birthday party. I typically order photo cards from Shutterfly with a picture of them on it from the party or from their yearly photo shoot. With our new budgeting goals I didn’t want to skip out on thank yous (especially since Kye is old enough to partake in the writing of them) but I couldn’t justify spending $1 per card. I ended up doing a photo postcard instead!!! Such a great idea! I also bought post card stamps from the post office online so we saved on postage too! I was pretty excited about them and used a super cute picture of Kye from our fire station visit for the front of the postcard. I wrote out the thank yous and let him sign his name on each one. He took it so seriously which was precious! 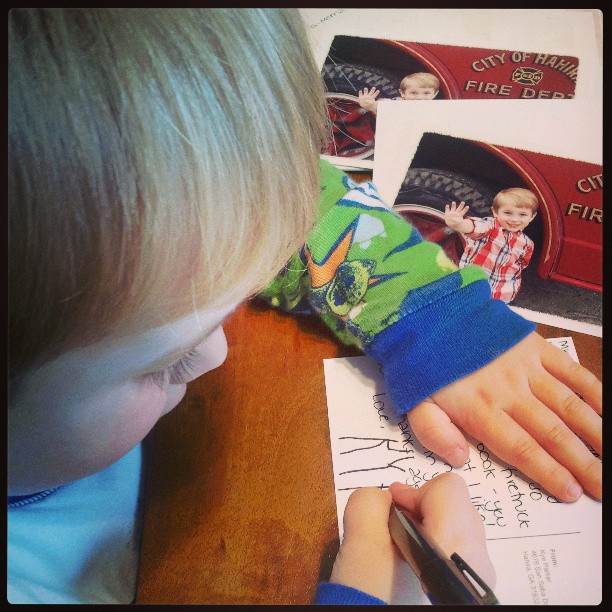 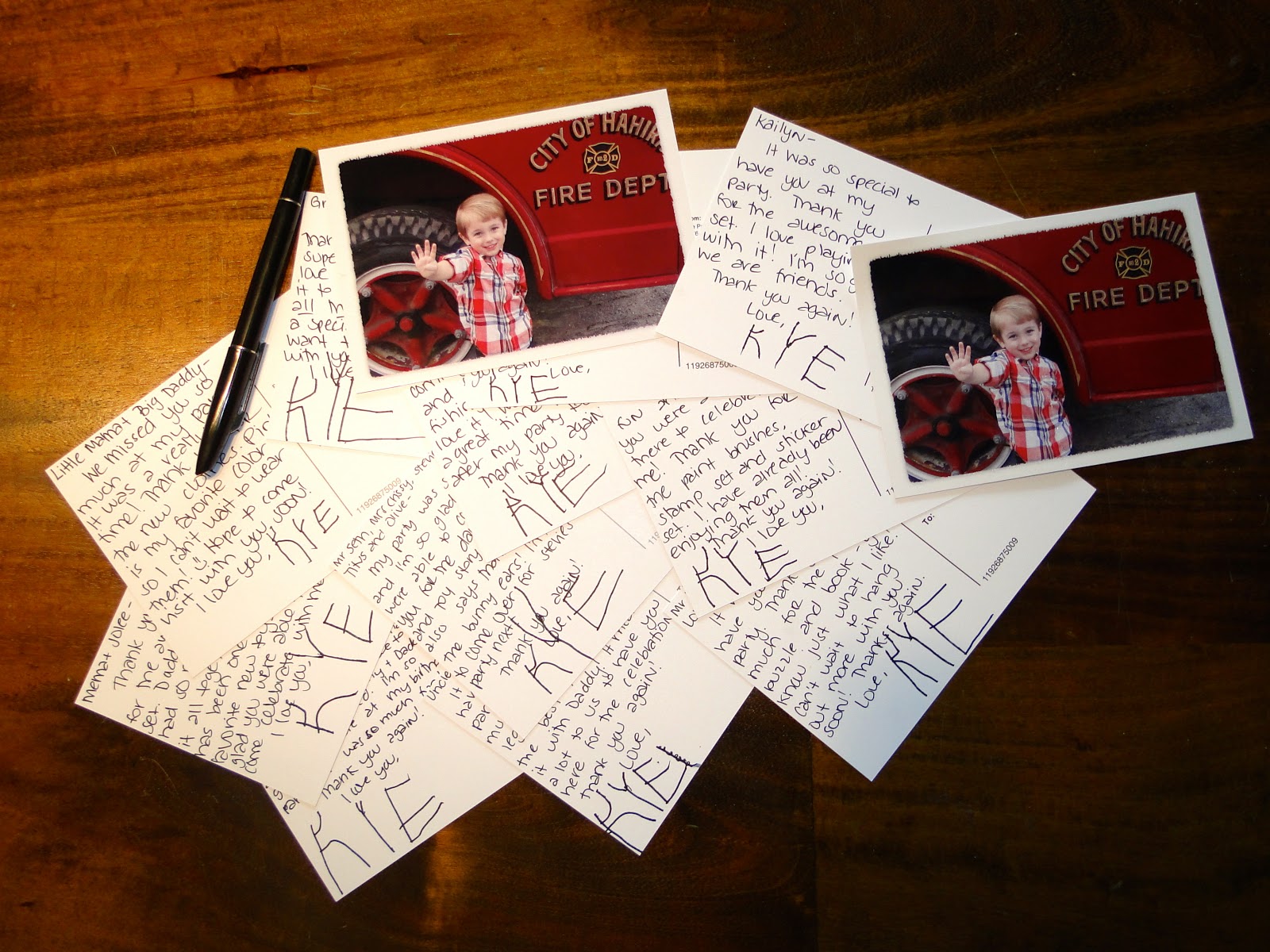 He was excited to get to walk to the “nail box” and send them off to everyone! 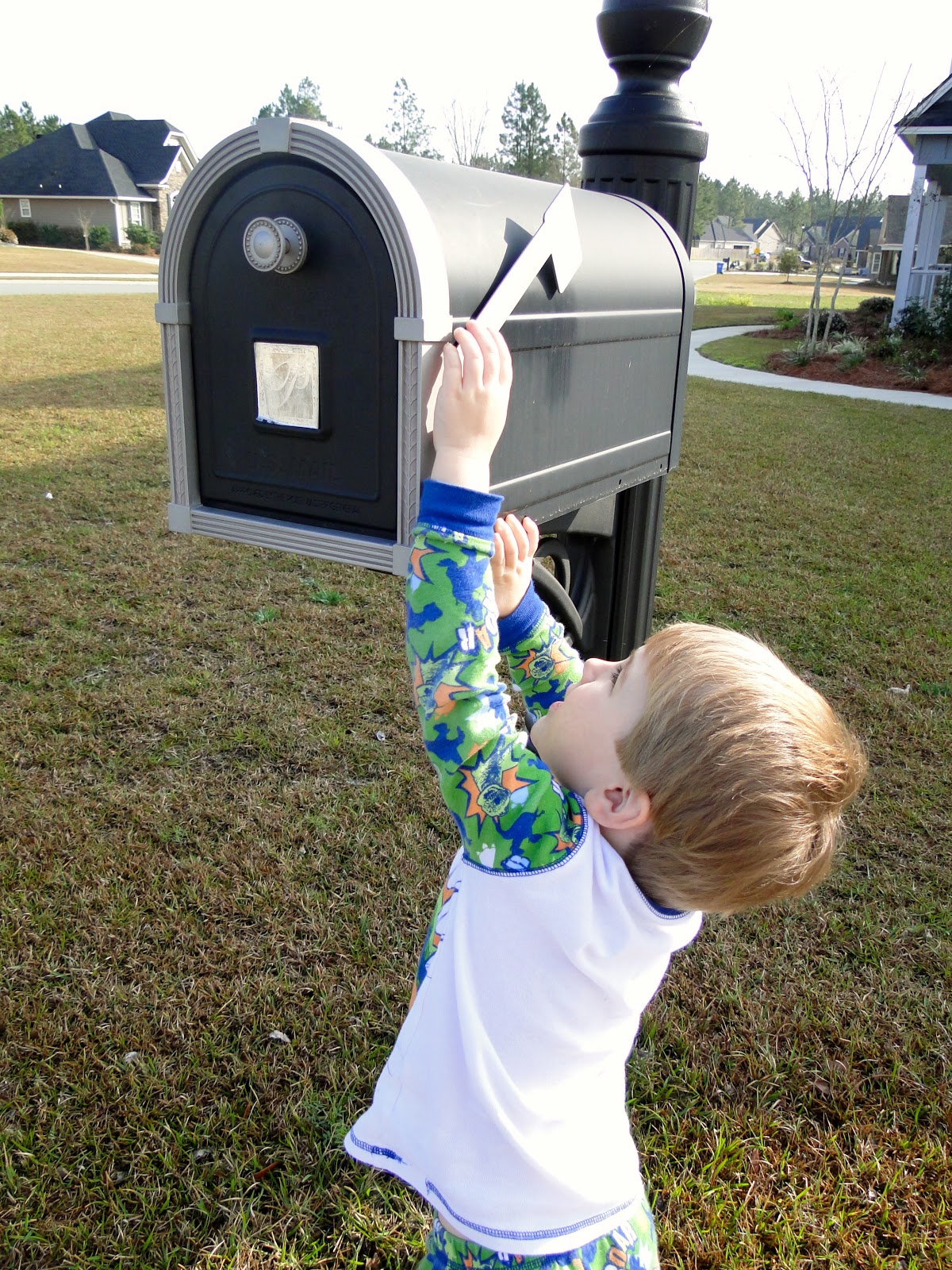 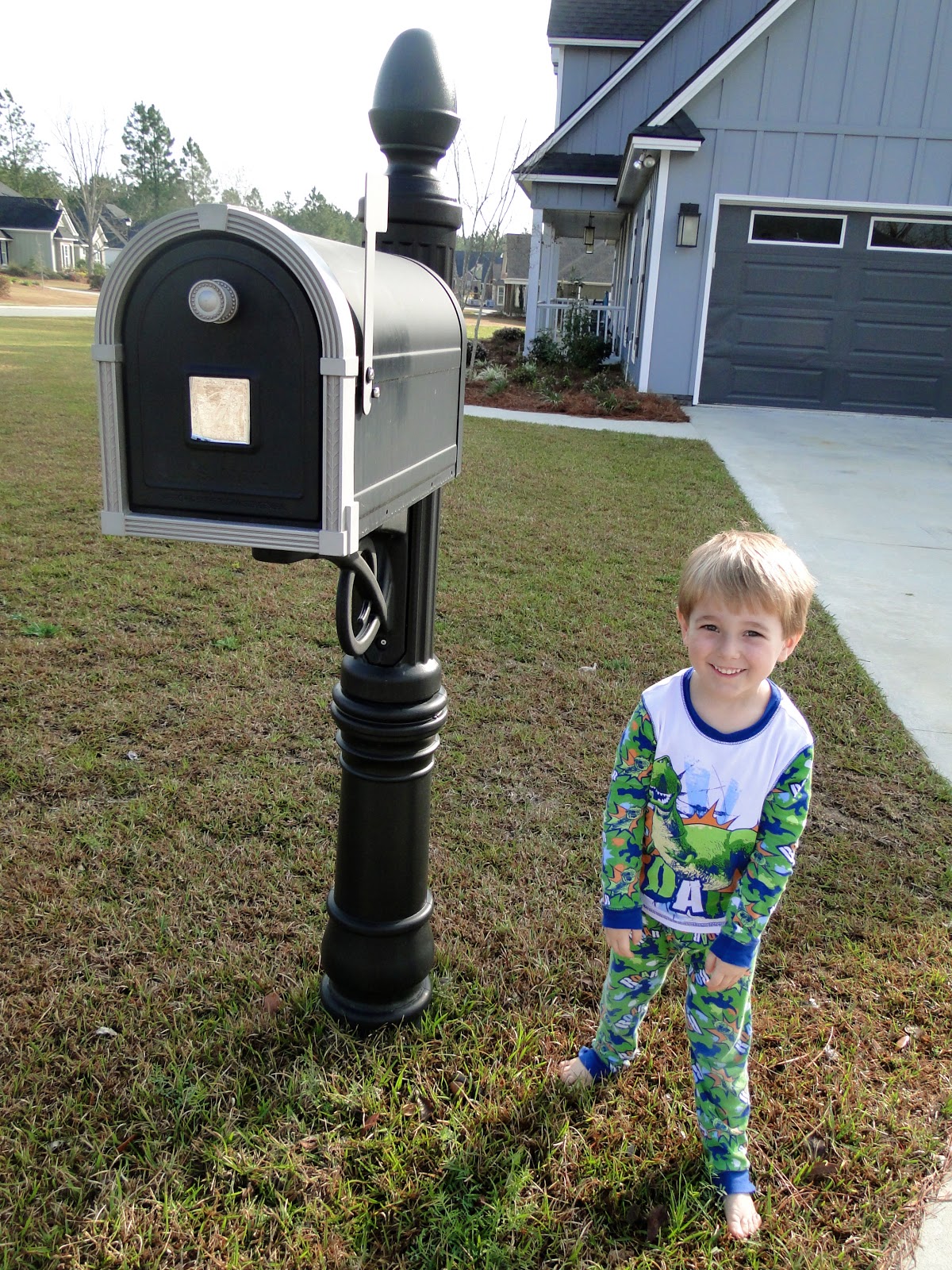 Y’all know me and how I’m pretty on the ball about most stuff. This shows how STRESSED I was during this time period. I sat there and hand wrote every single post card and then had Kye write his name on every single post card and stamped each one then let Kye put them all in the mail box…and NONE of them had addresses!!! I totally spaced and FORGOT to address the cards! So ALL of them were returned to me and since they were postcards I couldn’t resend them hahaha. Luckily majority of them were to family so I just handed them out to everyone. I did stick Aubrey’s in their mail box since they live down the street and I mailed Dad’s off in a larger envelop (which he still hasn’t gotten yet b/c I haven’t sent it off…). I mean I think the post card idea was a GREAT idea…just I failed on the execution 😉