On Thursday Robyn, who I actually met through this blog, brought her daughter, Lorelai, over for a playdate! I’ve been dying for Kye to get to meet another baby near his age. With him being an only child I think it’s SUPER important for him to have lots of interactions with children. Being around other children will not only be fun for him, but in the future it will teach him valuable lessons like sharing, friendship, taking turns, etc.

I got a Bumbo off Ebay but still have Mrs. Charlotte’s so we set them down in those to see how they responded…Kye is just like his parents: A FLIRT!!! He smiled SOOOO big right when he saw her! It was precious! I think LL was a little shy at first but she opened up too!

Look at the cute touching feet 🙂 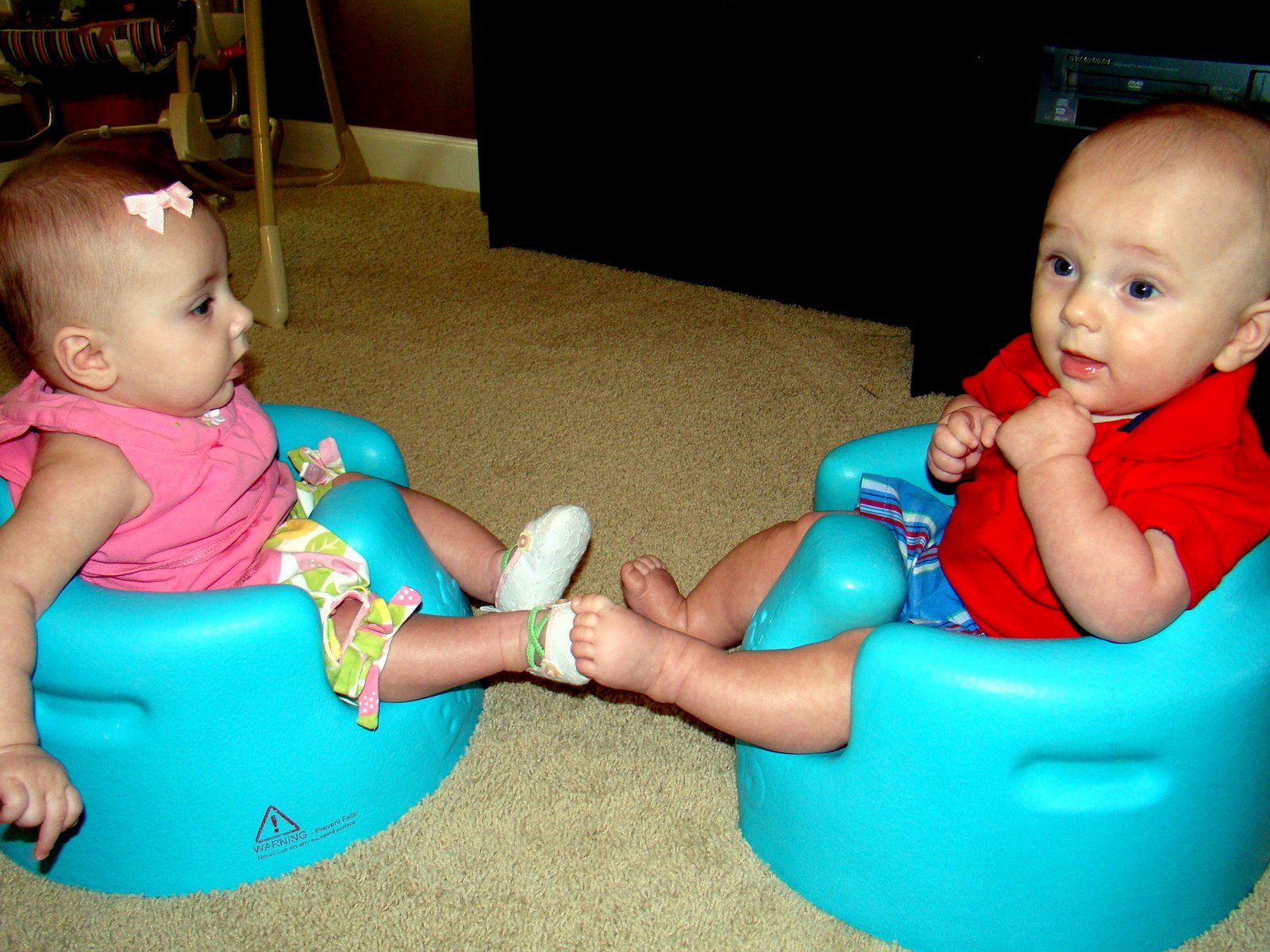 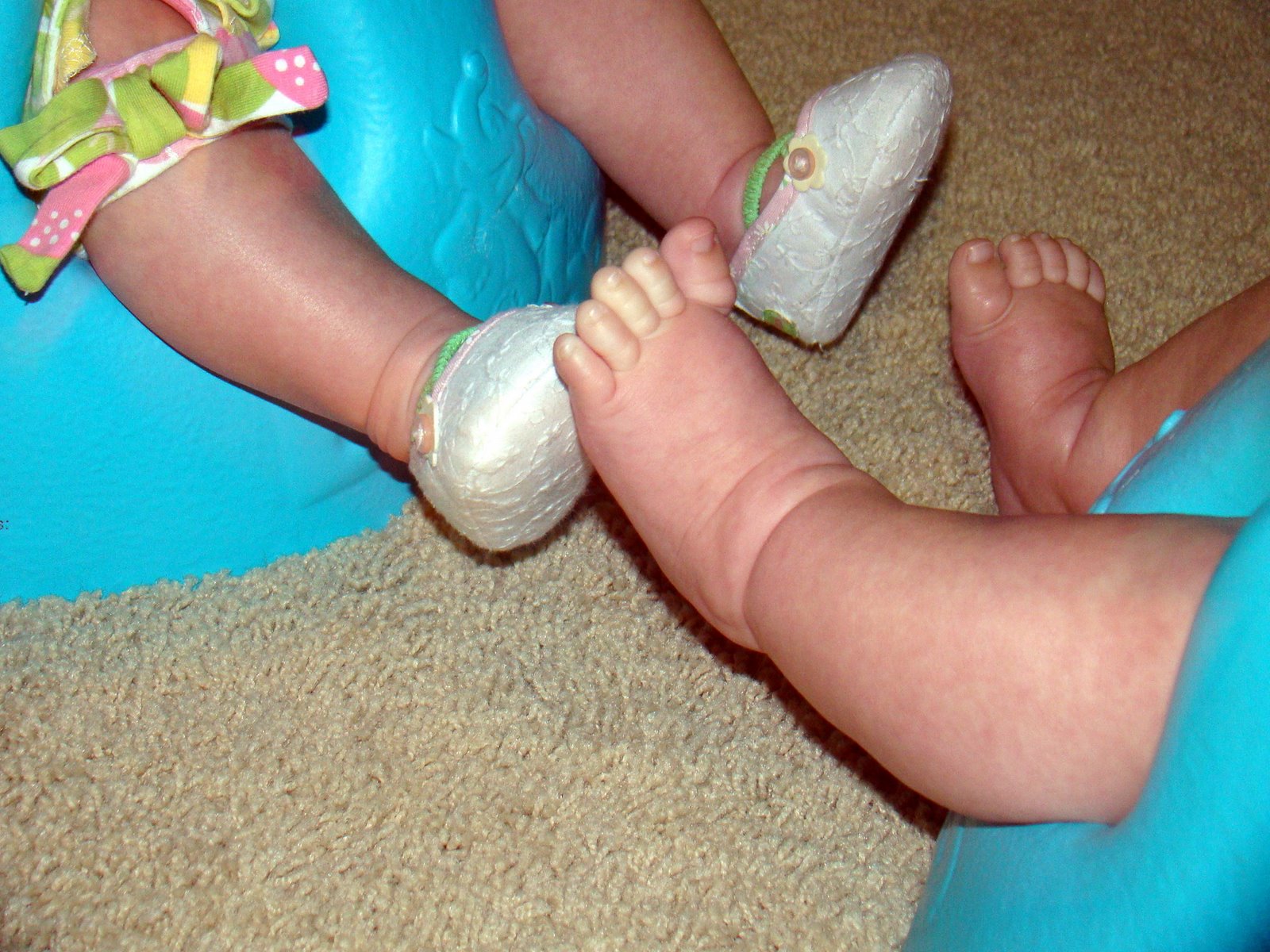 See him smiling? LL has the prettiest little eyes and they were HUGE when she looked at him. It was probably such a shock for both of them to see another person the same size as they are! LL is exactly a month older than Kye so it was great talking to Robyn and seeing LL because I can see a little glimpse of what Kye will be like soon! Of course she’s a month older but almost the exact same size as Kye. Haha. 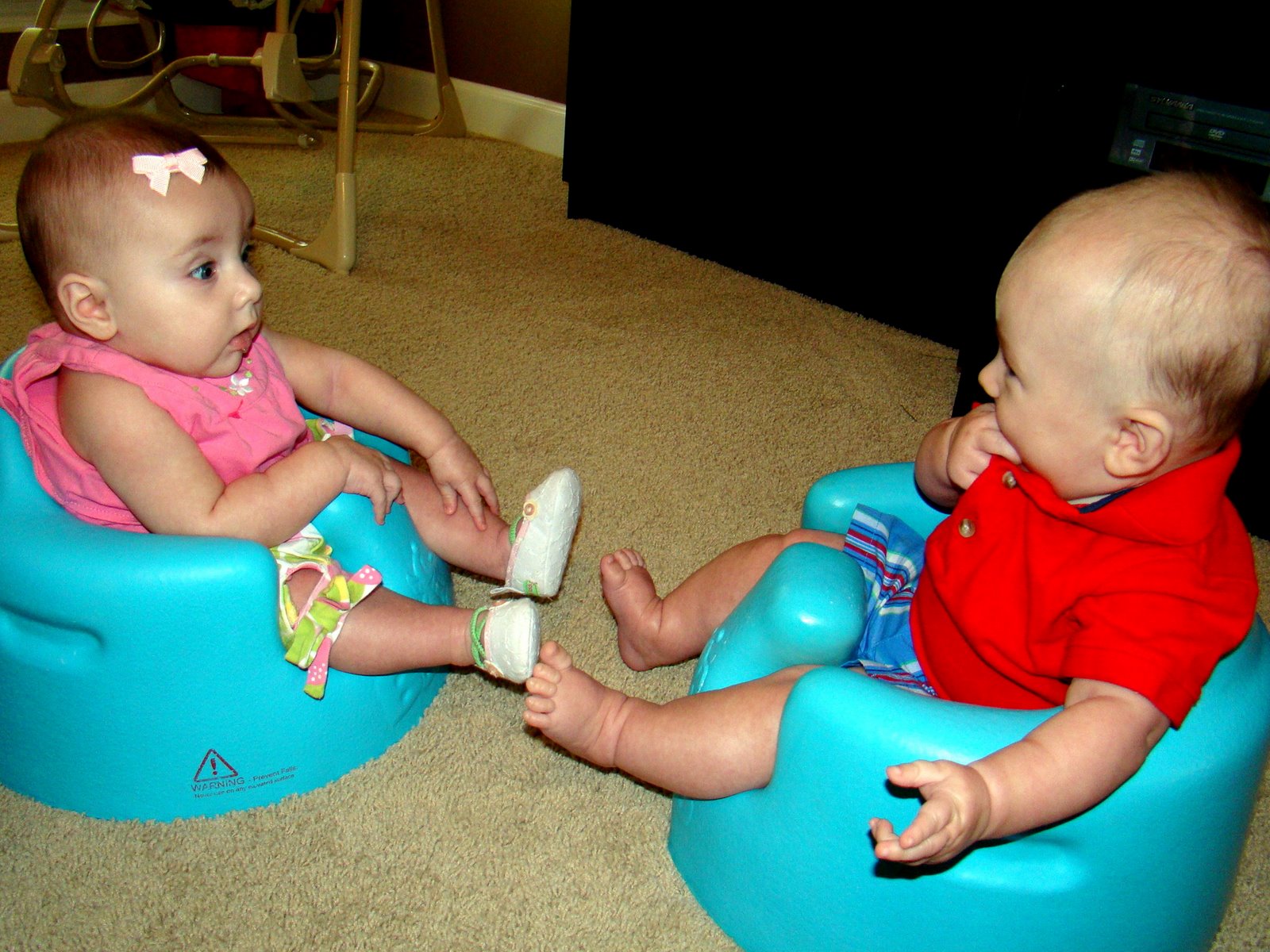 I was really pleased with how great Kye did, he was so sweet and just talked and talked and talked to her! I wish I could know what he was trying to say! I wonder if all babies can understand each other’s baby talk? We stood them both up facing each other and they grabbed each others hands, so cute! They both tried to put the other’s hand in their mouth!

LL acted pretty mellow but once she got used to Kye she was hilarious. We layed them on the floor and she kept putting her hands in his face and even rolled over to him! I guess Kye’s already a lady’s man 😉 See them holding hands? 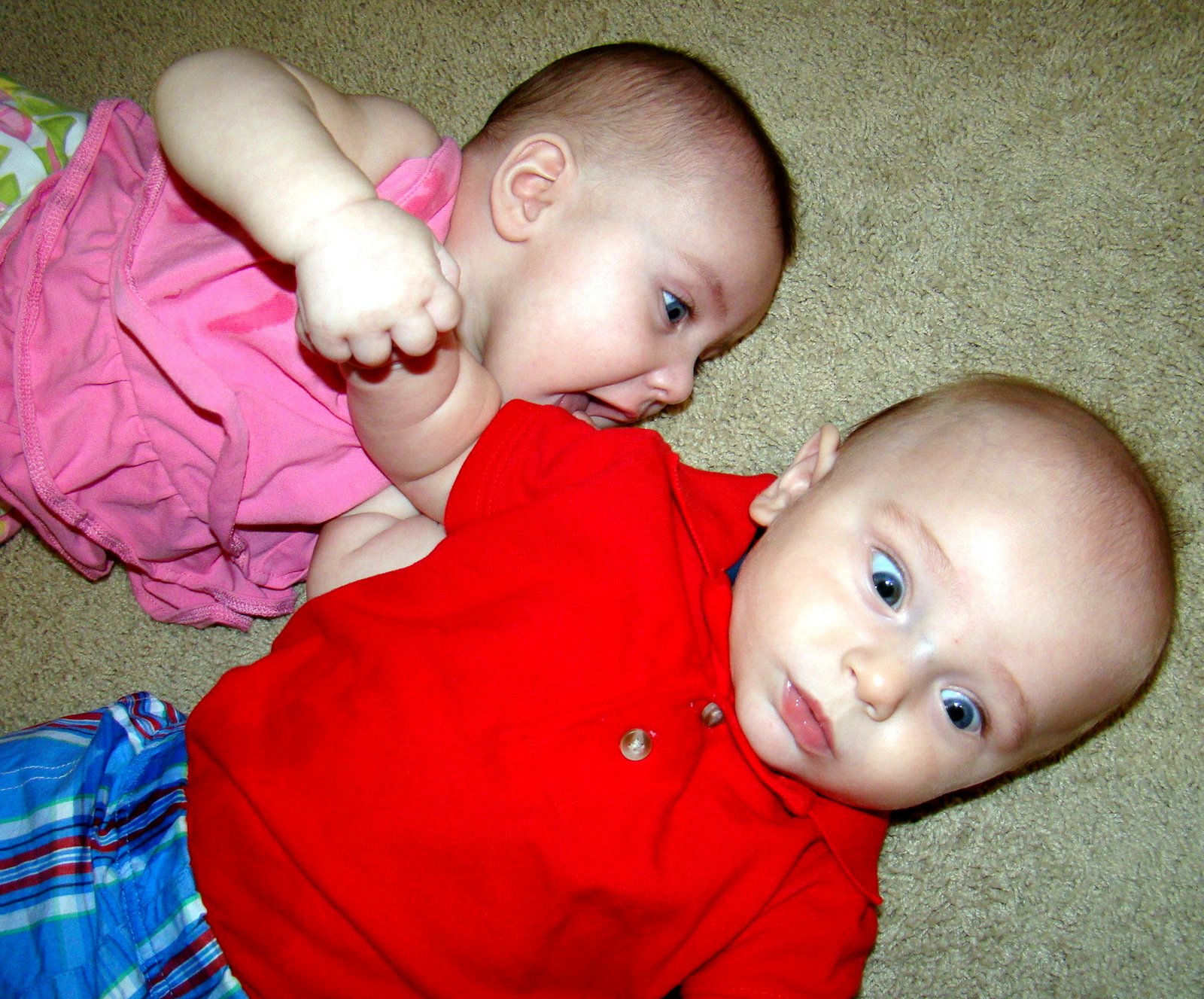 Kye started to get fussy and ended up having to go down a little early for his nap but I enjoyed the Mommy Time with Robyn as we have so much in common! She’s a Christian and a Babywise Mom! Hard combo to find! It was such a fun time for our babies and for us and I hope we do it again soon! 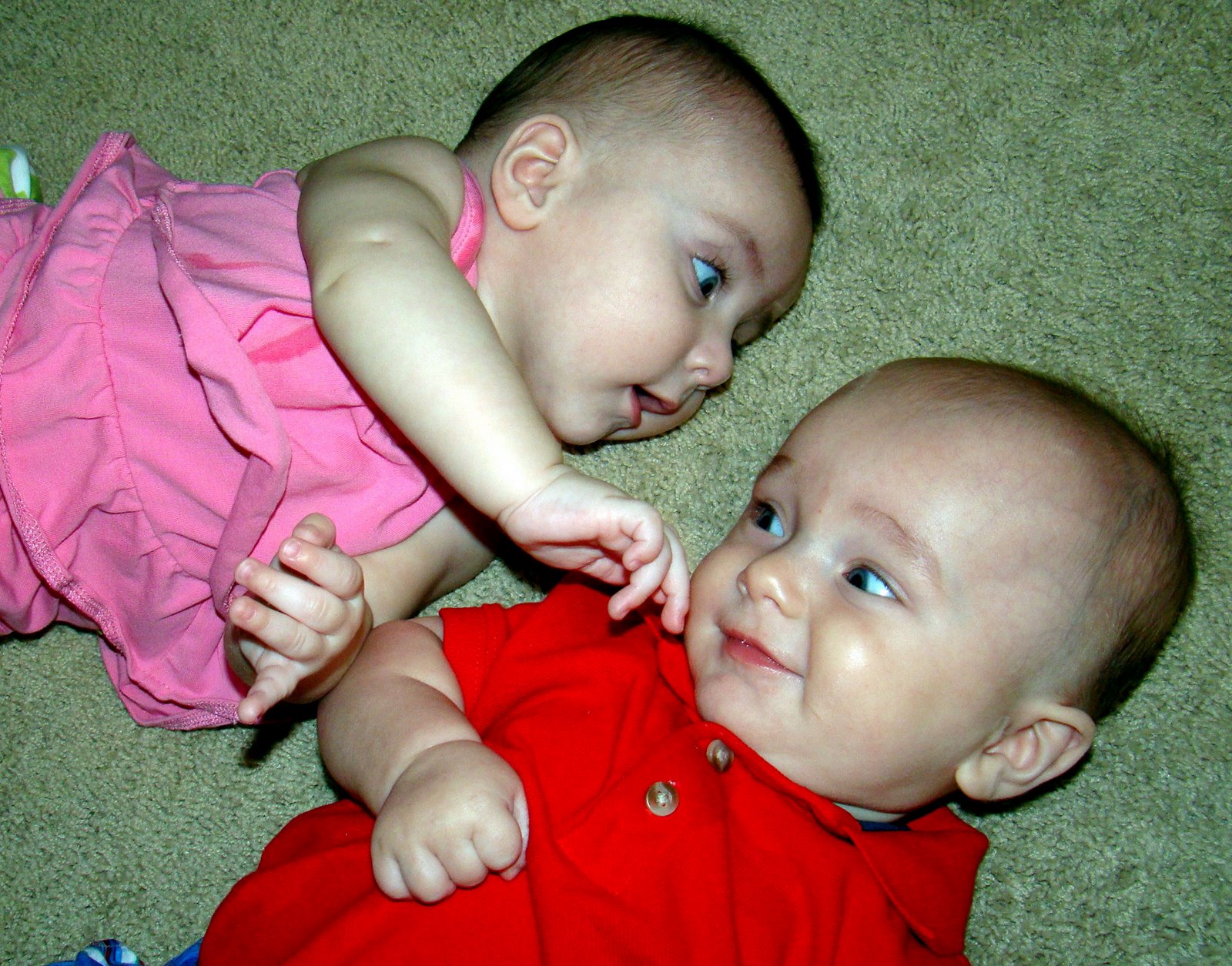