Sometimes I forget to post on things (I know I’m pretty organized so this surprises me when it happens)…The week prior to our beach trip with Matt and Robyn I heard about the local movie theater having “kids days” where they show kids movies during the summer for only $1 per ticket! Um awesome deal! I was so mad that I didn’t find out about it until the LAST week they were doing it 🙁 Boo! But I told Robyn about it and we decided we had to take the kids to at least try it out. The movie they were showing was Monsters Vs. Aliens

and it looked dumb (if it’s not Disney or Pixar why bother?) but I was fine with it especially when I got there and found out that the $1 was only for the ADULT tickets! Score!

The movie was at 10 so we snuck in food for the kiddies and they basically chowed down on lunch through the whole thing. I was pretty impressed with how well they behaved. There were a MILLION other kids in there so I wasn’t overly worried about ours being wild but they both just sat in our laps, eating snacks like little angels for a good hour. Once they started getting restless we just went ahead and left as I had some errands to run anyway and was hoping he wouldn’t make it through the whole thing 🙂

holdin his ticket ready for the show 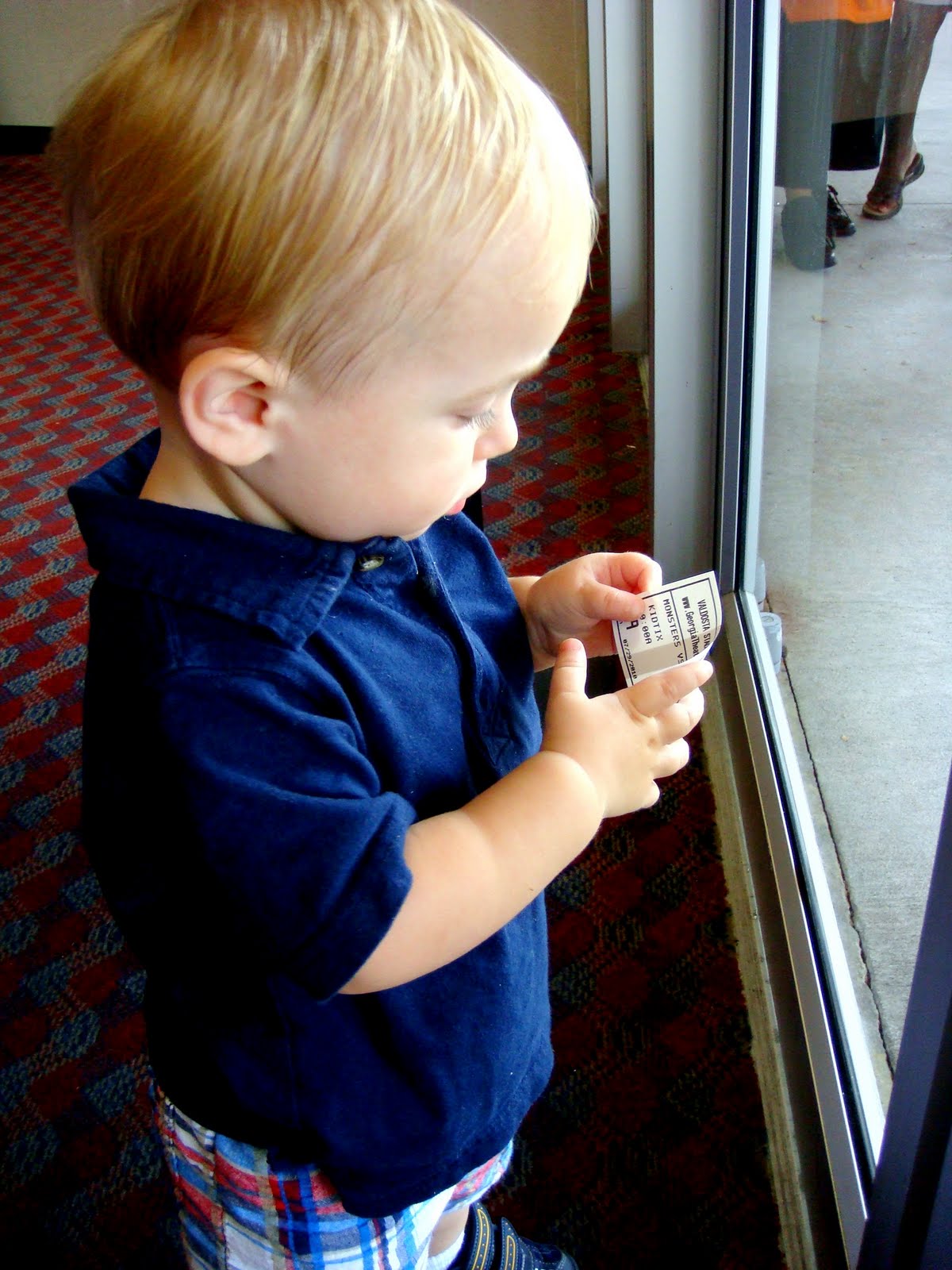 poor kid was on a date and was stuck with both of the moms there too! 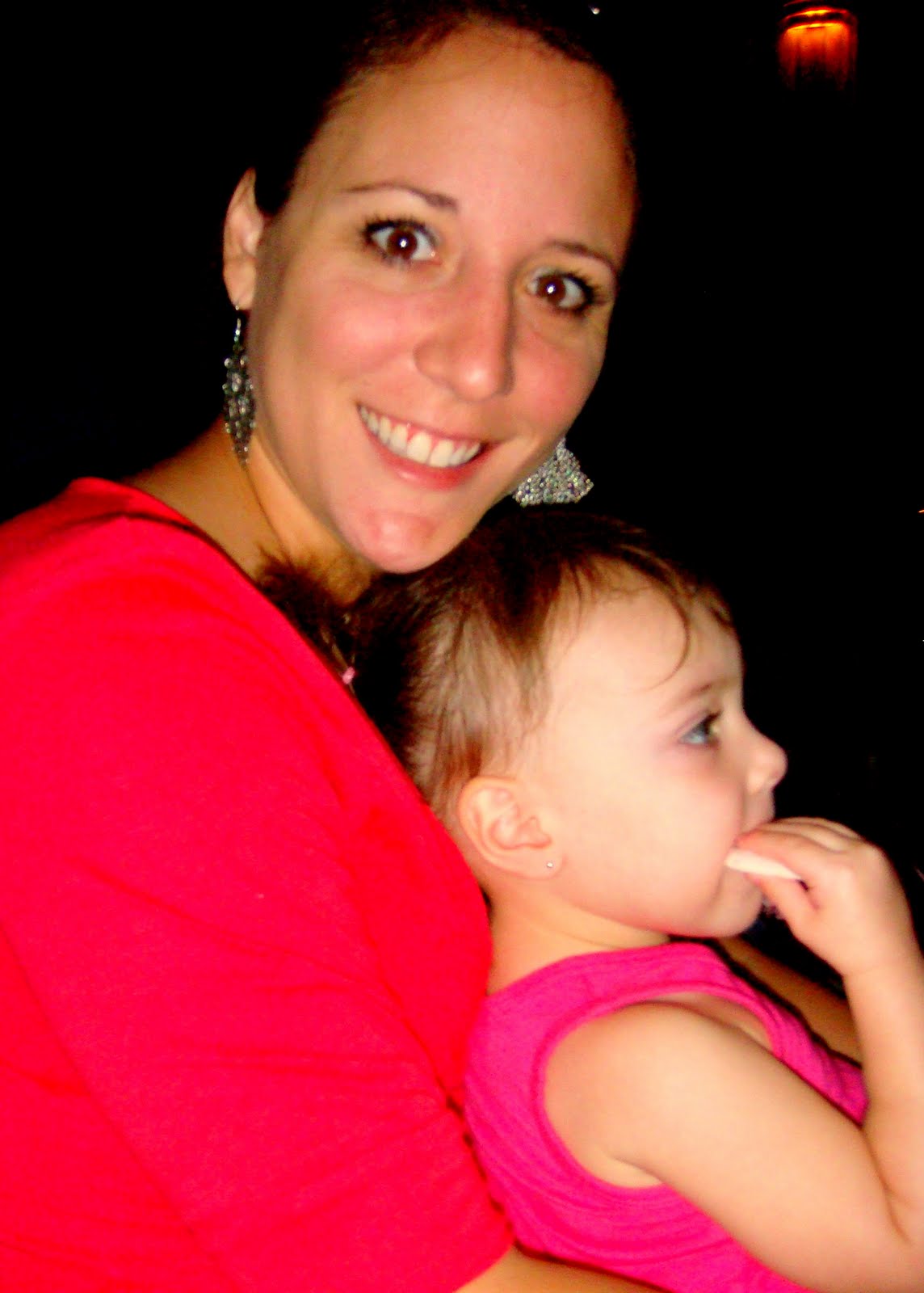 Mommy will always be his real date right??? 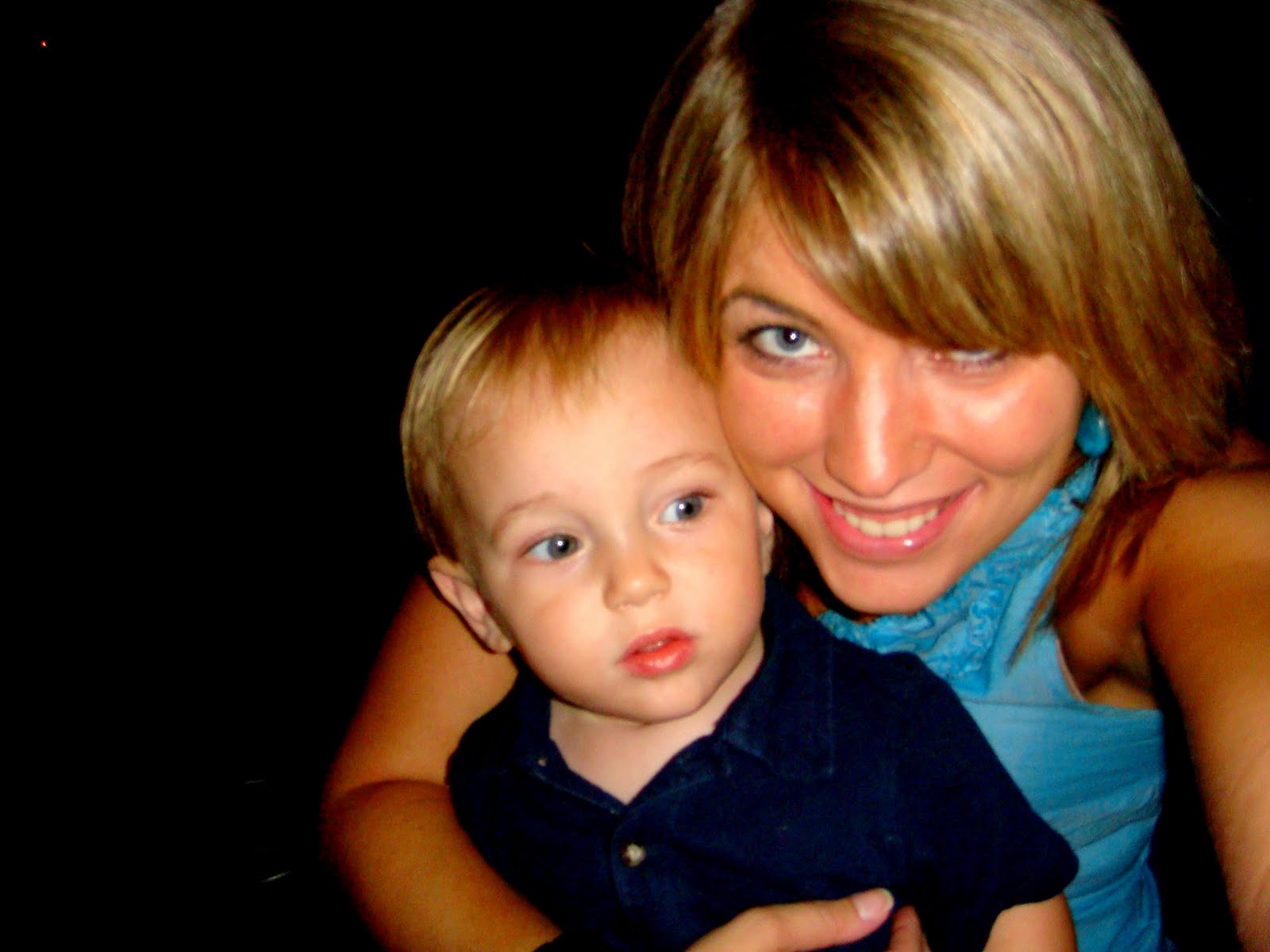 First movie at the movie theater = SUCCESS! Now if Toy Story 3 will hurry up and come to the dollar theater we’re ready for it!