Kye has already reached that age where he doesn’t really tell me all the details of his life anymore. When we take him to Bible Class on Sundays and Wednesdays the only stuff he really tells us about is what treats he got at the General Store with his Bible Bucks haha. I, legit, had no clue he was part of a singing group until someone mentioned it on Facebook and I didn’t know he had a performance until someone else told me.

The weeks leading up to the performance (on April 14th) were pretty much a blur to me due to foot surgery, but I wanted to make sure I was there to see him! They gave us a print out of the songs they would be singing and on the way to church that morning I asked Kye if he wanted to practice and he said “no ma’am, I got this!” So I trusted that he “had it.” He was SO pumped about his performance and said he wanted to bring his guitar and drums and sing “Life is a Highway” up on the stage after they got done. We don’t even have musical instruments at our church so that would have been quite the shocker haha.

We went to our Bible Classes as normal and they released us all early so the kids could perform prior to church services beginning. We were SHOCKED when we turned the corner to sit down and saw Mrs. Charlotte, Mr. Rusty and Trey all there!!! All of Zach’s fam attends church in a nearby city but the three of them had decided to visit our church that morning just to see Kye in his little performance. It was SO THOUGHTFUL!!! I was blown away by the surprise and by the sweet thoughtfulness of them doing that! Kye was truly shocked and it meant the world to him! 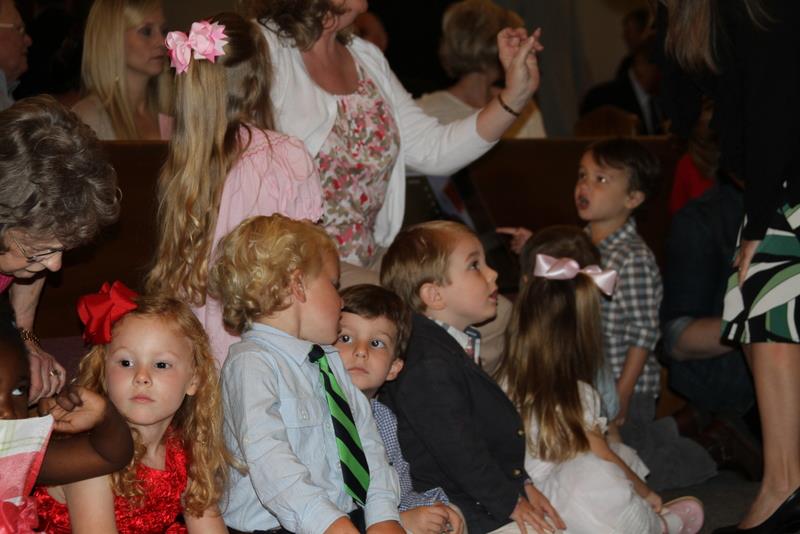 We ADORE Mr. John and he was giving them all a pep talk! 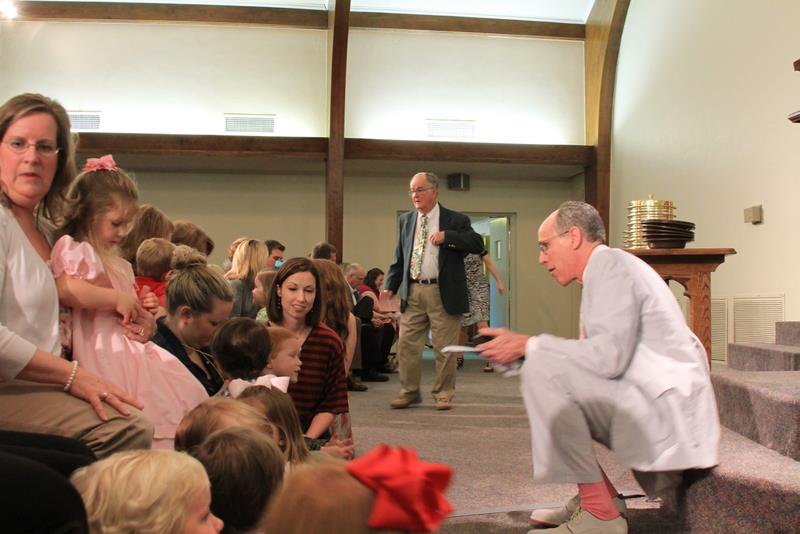 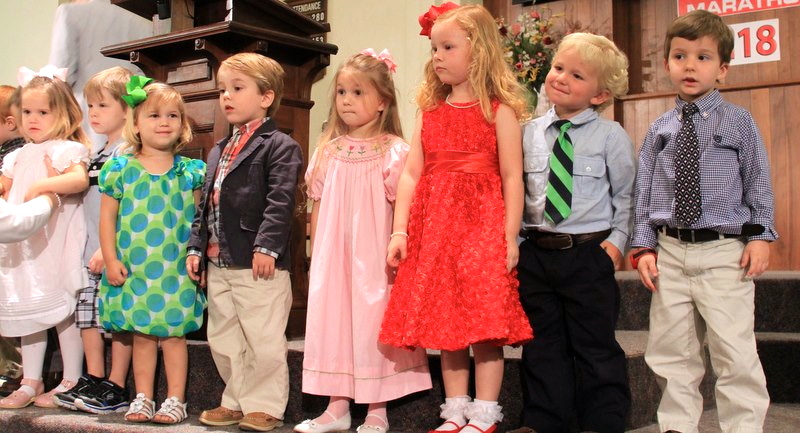 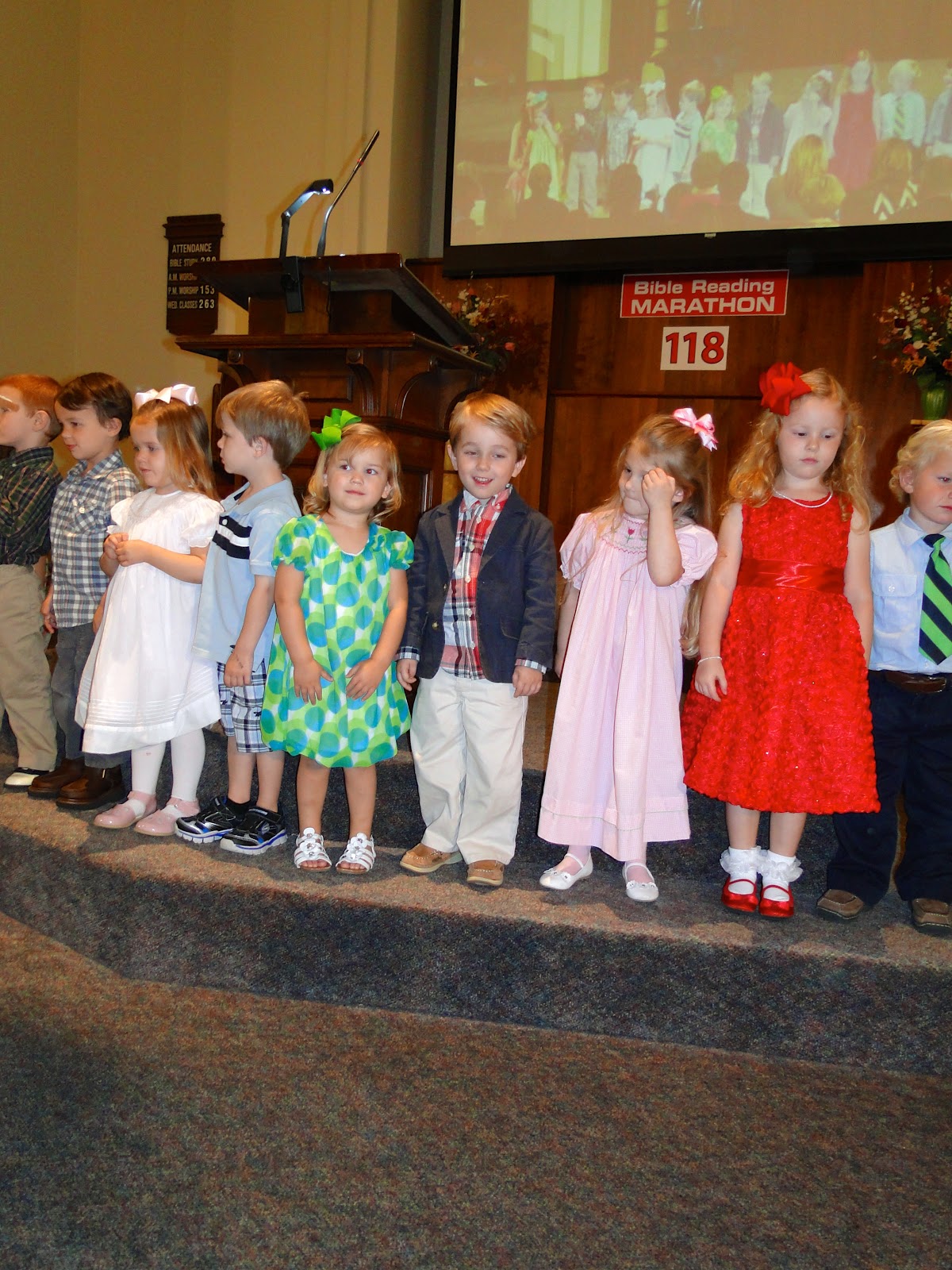 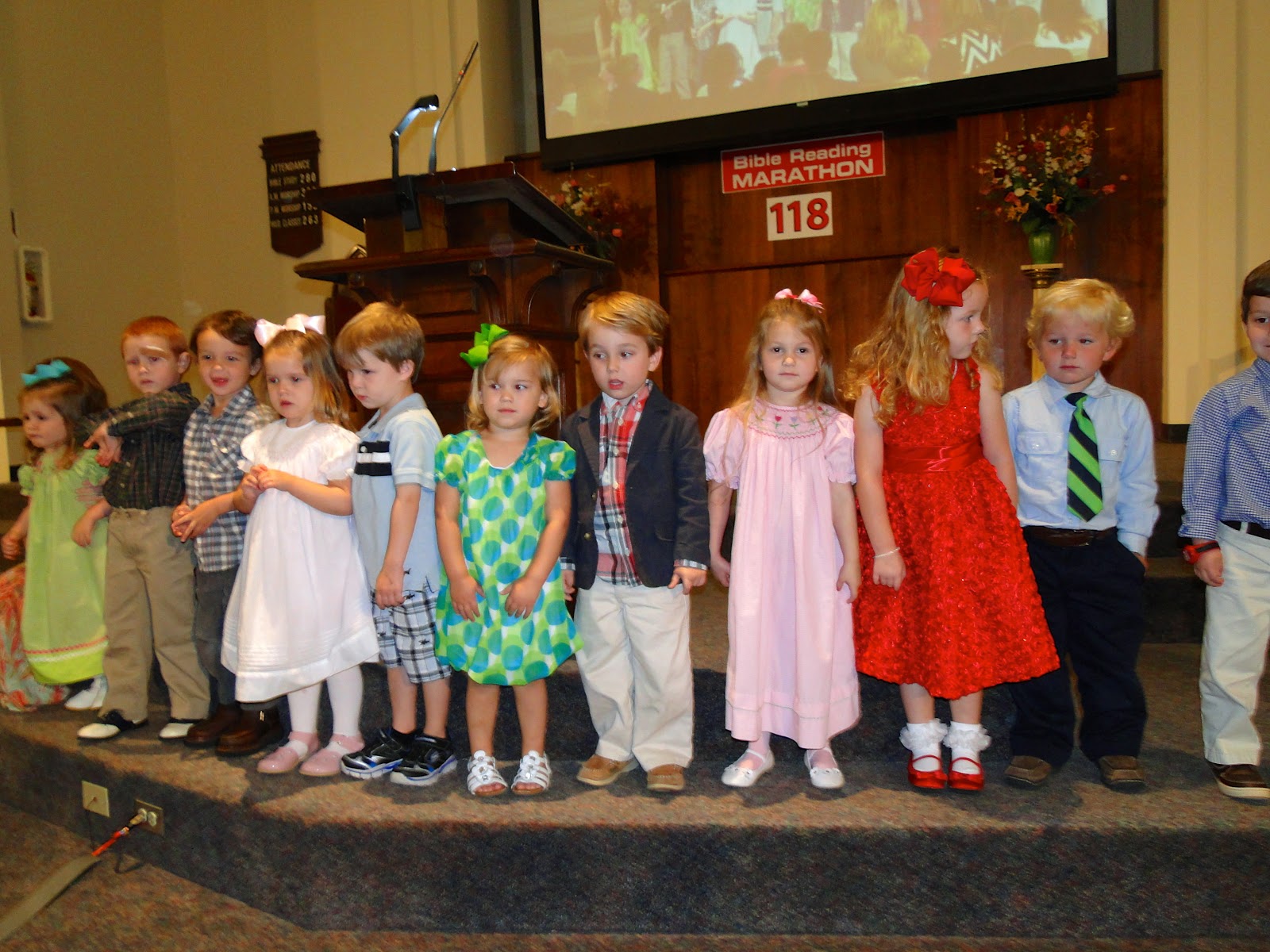 I was super impressed with how well Kye did! He really did “have it” and knew both songs super well and even lead some of the other kids with the hand motions! He sang so nice and loud and was SO serious about it and SO proud. It was truly one of those “proud mama” moments and was such an encouragement and blessing to me to get to witness. I’m SO thankful for our awesome youth program at our church and how much they do for our kids!!! 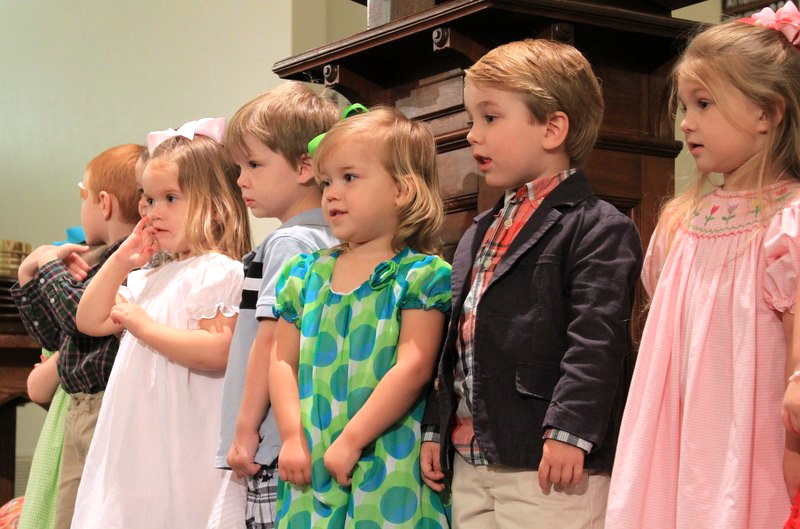 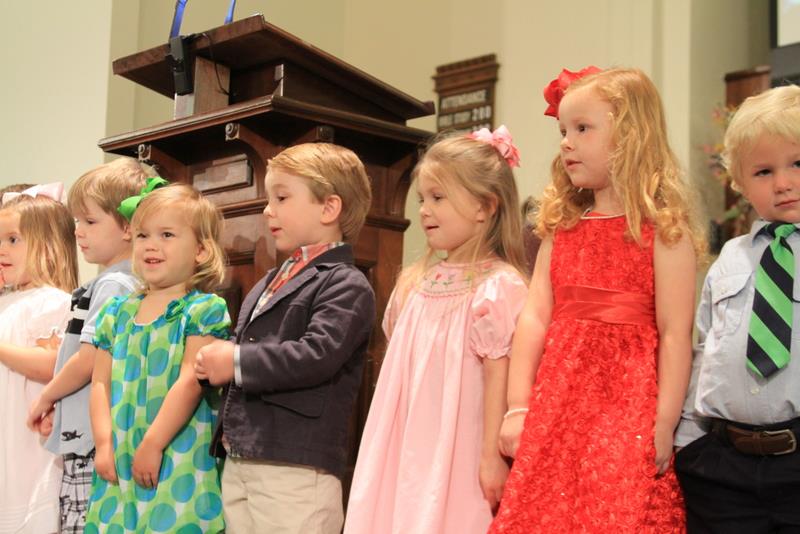 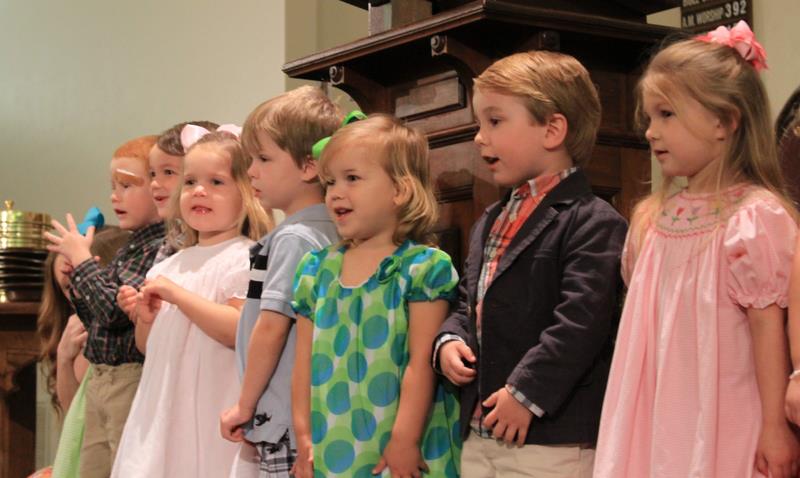 I took a video of Kye singing the songs (they did “Jesus Loves Me” and “Psalm 103”) and it’s SUPER short and pretty dang cute I must say 🙂 HERE is the video! Kye really, really takes his relationship with God very seriously and I really admire that so much about him. To be so young and have such a deep understanding like he does about God and such a faith is inspiring to me since I didn’t develop that until college. He loves to sing and I truly can see him being a great song leader one day! I am super excited to see future performances and love that they put this together!!! It was precious!!!

As an added treat we did something we, legit, have NEVER done and went out to eat after services! We even ate at a local country buffet (I think it’s Kye’s first time ever at a place like that haha). I didn’t have any milk for the kids. No bib for Britt. Nothing. We just rolled with it! (Isn’t that like super mega hard to believe?!?! Maybe the surgery pain meds were sill in my system haha) We were so happy to have our unexpected company and, for once, just wanted to go with the flow. It all worked out great! We were a little late getting the kids down for naps but it was okay for one time to celebrate Kye and get to visit with Zach’s parents (and Trey too!). 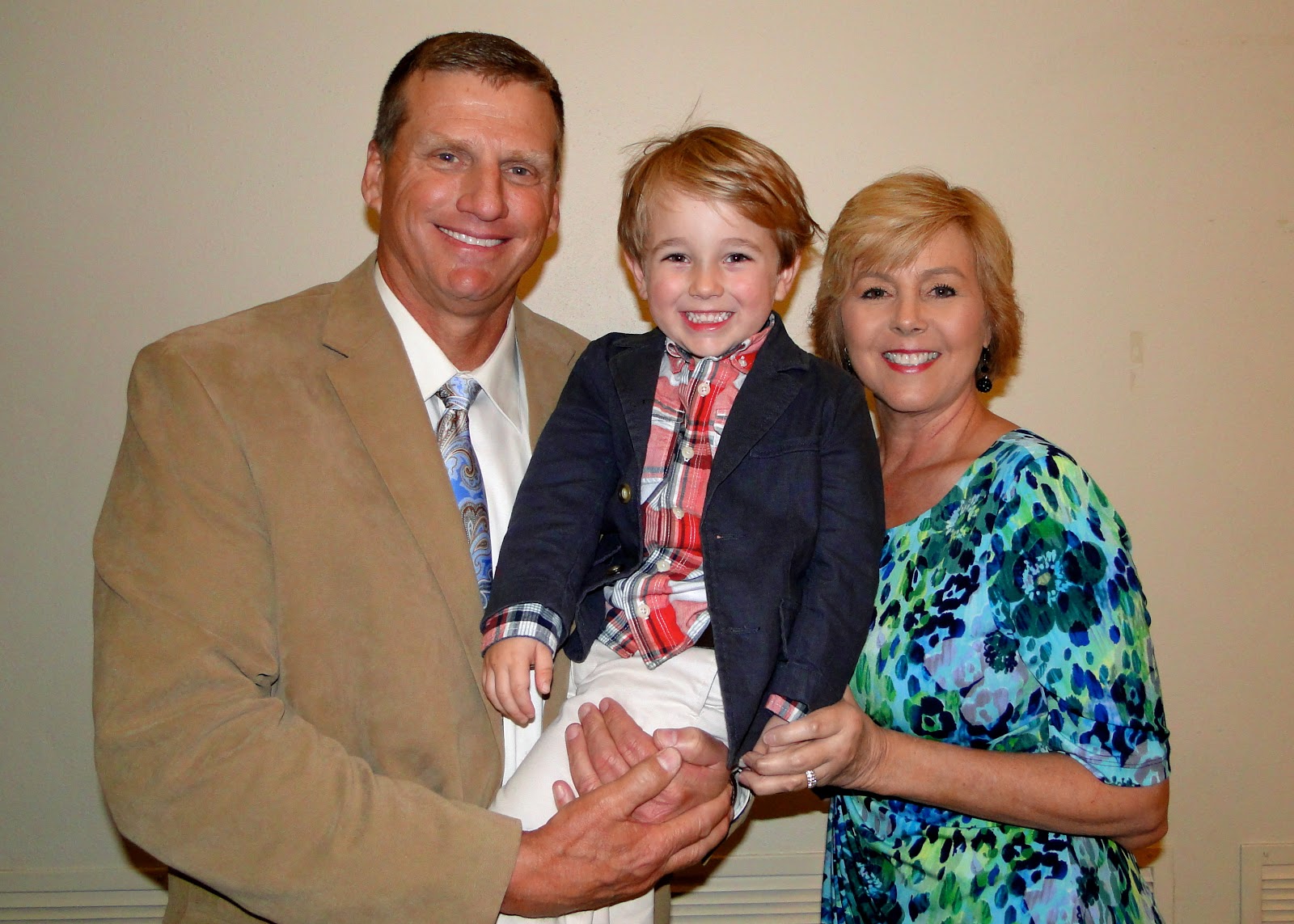