Kye turned the BIG 2 on Friday, March 4th. Last year his party was almost a week prior to his actual birthday and this year his party was the day after his birthday. I honestly prefer the week between as I had SO much to do for his party that I worried I’d be doing party stuff all day and not just enjoying HIS day with him ya know? I’m big about birthdays. When it’s time to send someone a facebook birthday shout-out I pretty much always say “I hope your day is all about YOU!” and I mean that – I think your birthday is the one day a year that you should get everything you want, do what you want, and basically let the entire planet revolve around you. Why not? It’s your day. So Kye’s day was filled with all the things that I knew Kye would enjoy 🙂

I was SO excited to wake him up that morning that I woke up super early and was practically begging for Kye to wake up so we could go in there. Here’s the video of us waking him up by singing “happy birthday!”

When he got up we let him open a little present from us in his bed to start him off PUMPED about his day then I made cinnamon rolls for breakfast (It was probably Kye’s most fattening day ever!). 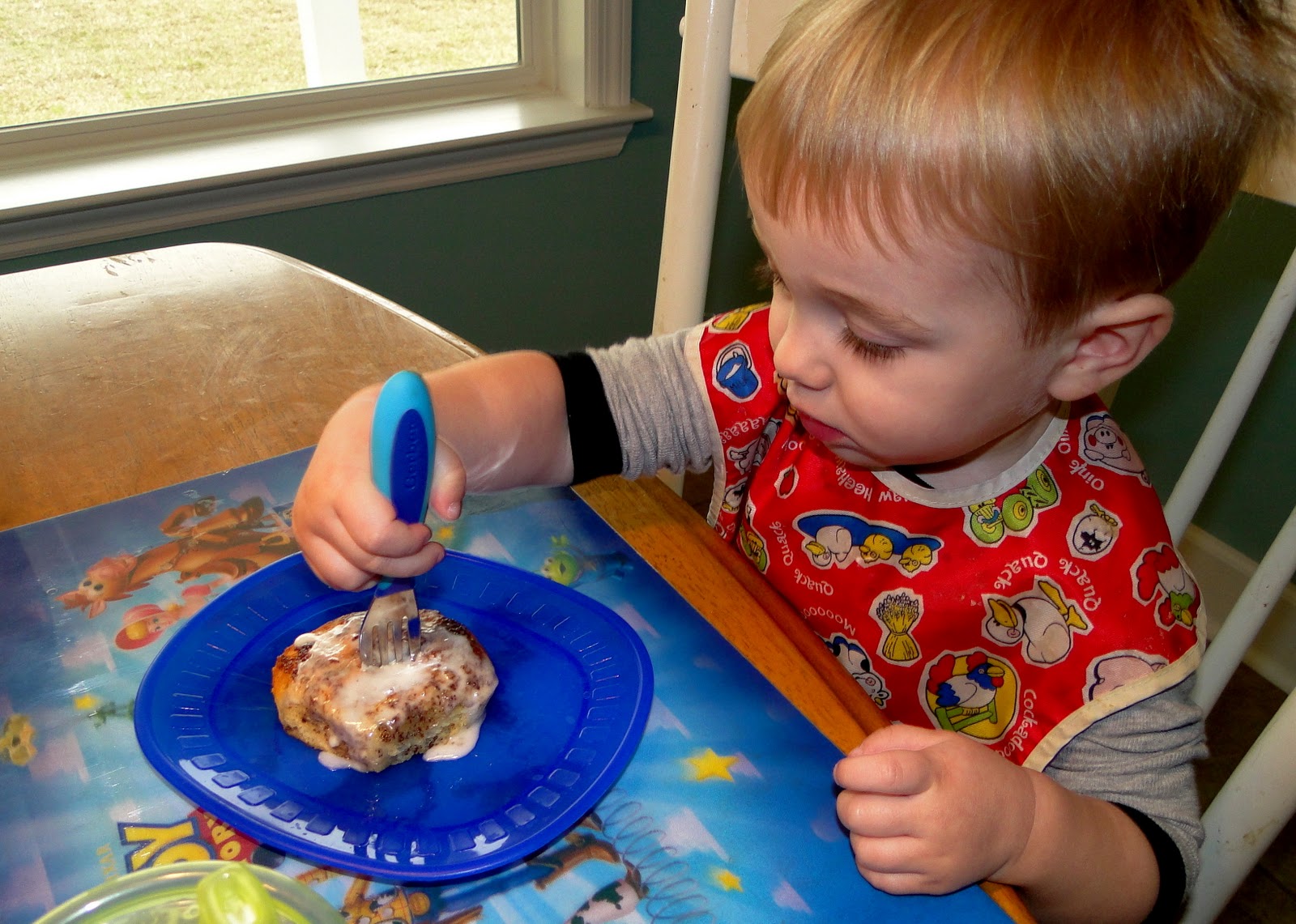 After breakfast we let Kye open his gifts from my dad and Audrey. He was so excited and he loved the wrapping paper Dad picked out because it had a bunch of balls all over it (here’s a video of him opening Granpa and Grammie’s gifts since they couldn’t be here to see in person!) They got him a cute card with a “I”m a Birthday Boy” sticker for him to wear, a truck that you can load little cars on, and monkey book bag. Seriously Kye didn’t want to do anything else that morning than play with his new truck! 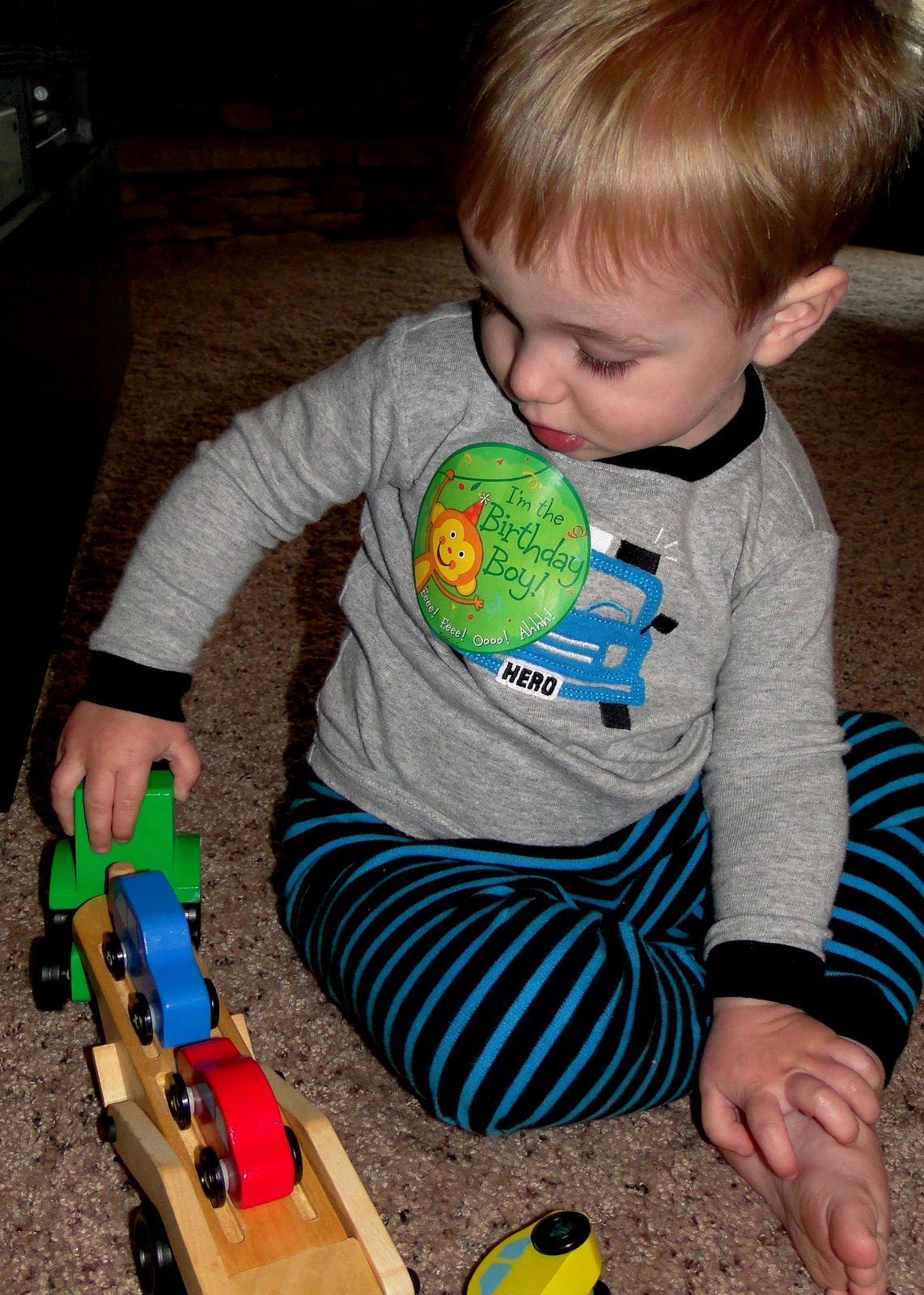 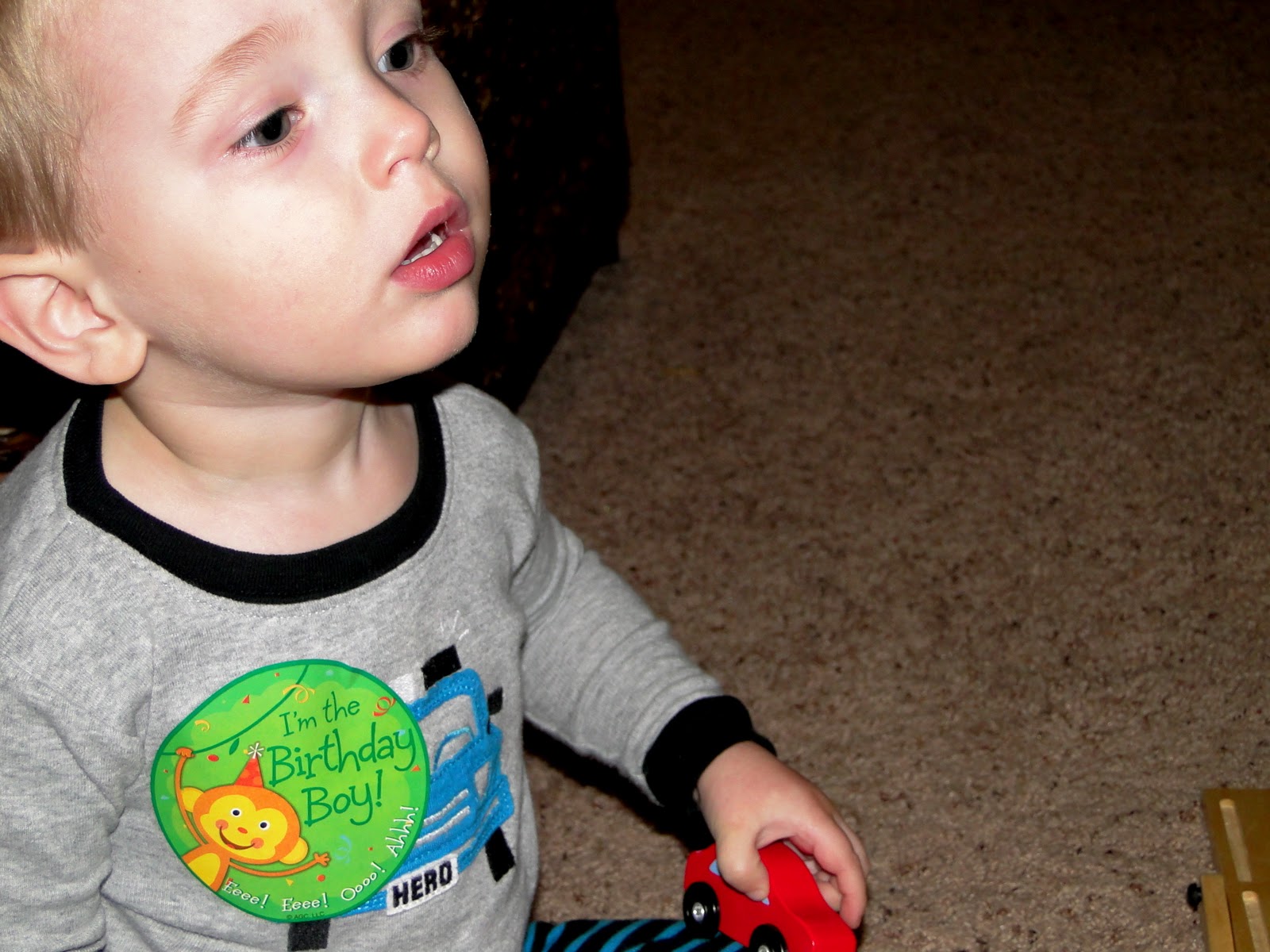 I finally was able to get Kye out of the house so we could go to the playground for a lunch picnic (since he loved our recent family one so much!). I drove him up there because it was randomly cold and windy and when we got out of the car he RACED off to the park. It was precious how excited he was to play. 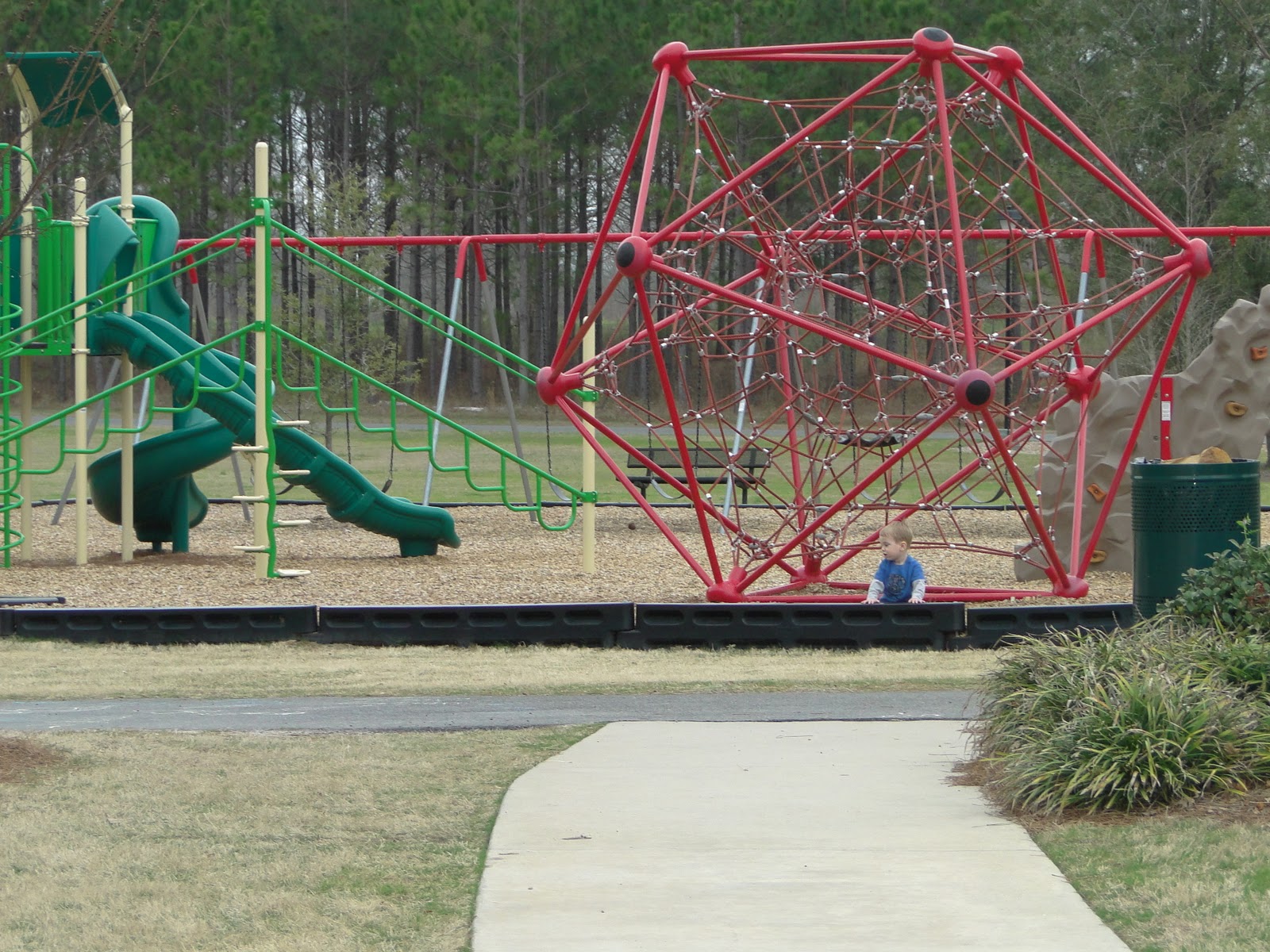 Brought along his new backpack from Grammie and Grandpa with our lunch (won’t this be adorable for preschool?) 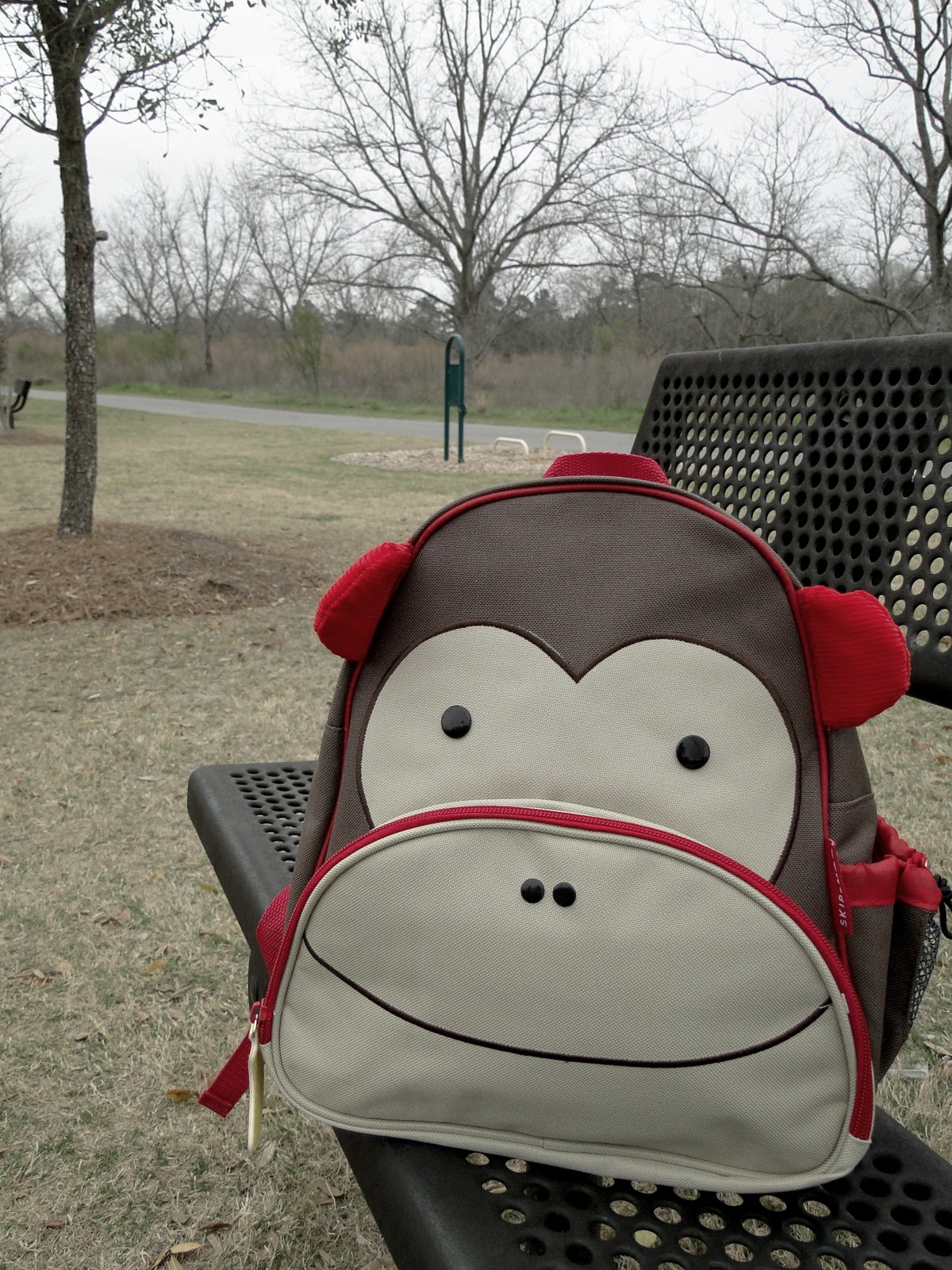 I also brought along the chalk so Kye could draw all over the walking track at the playground instead of on our driveway (Daddy wasn’t too thrilled about it being in our driveway last time and his party was the next day so I thought it was a good idea to not do it at home). 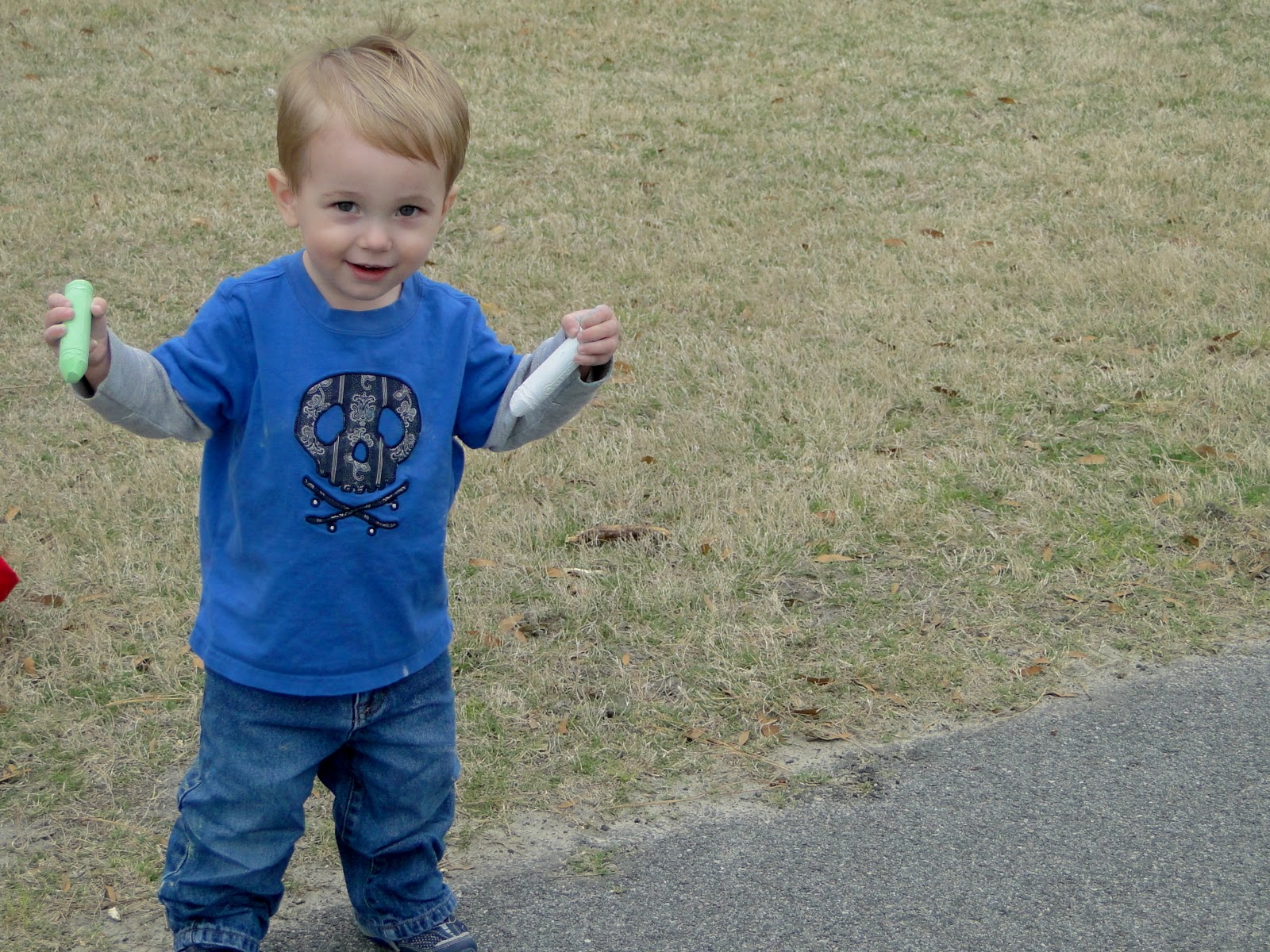 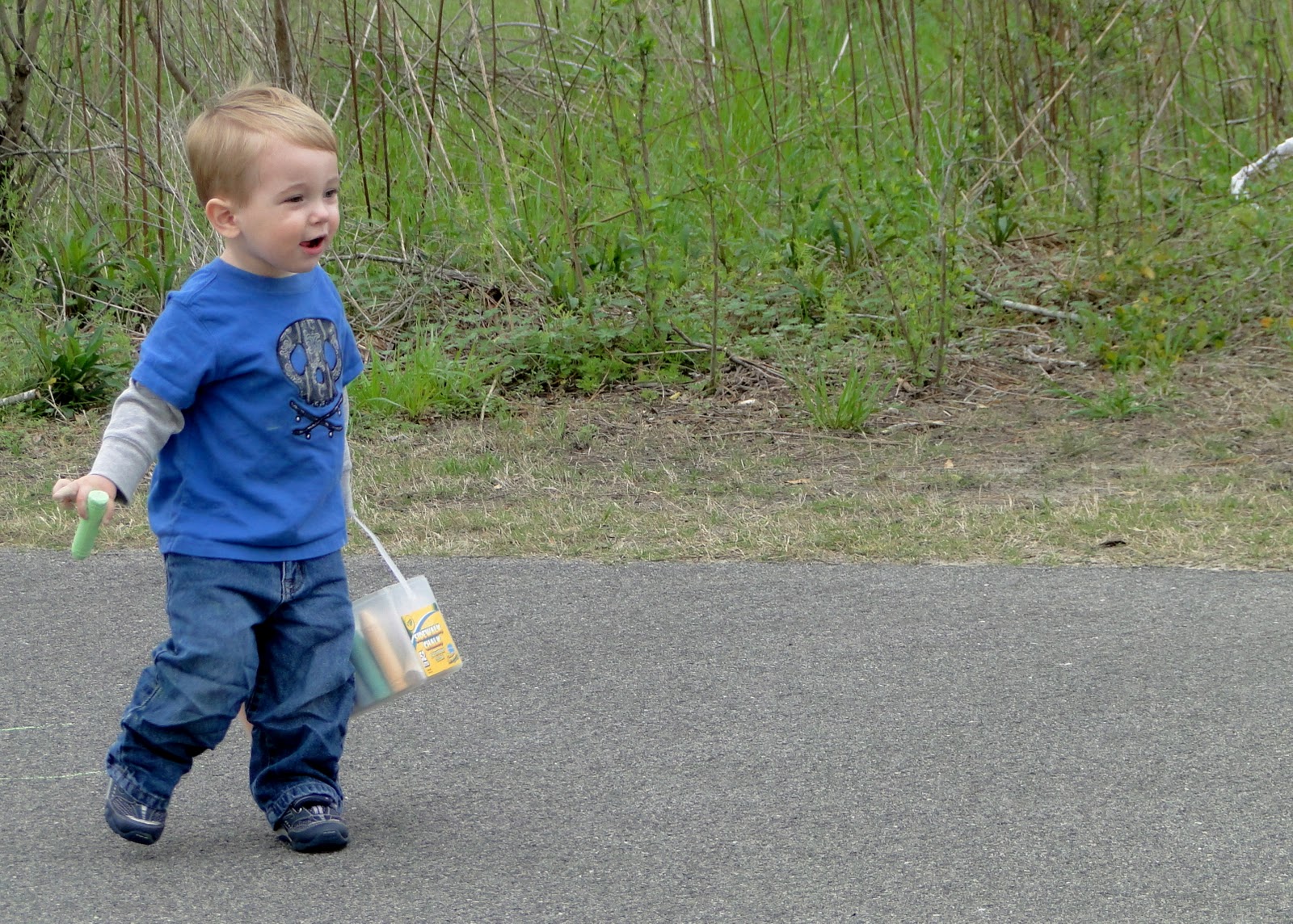 We def left our mark 🙂 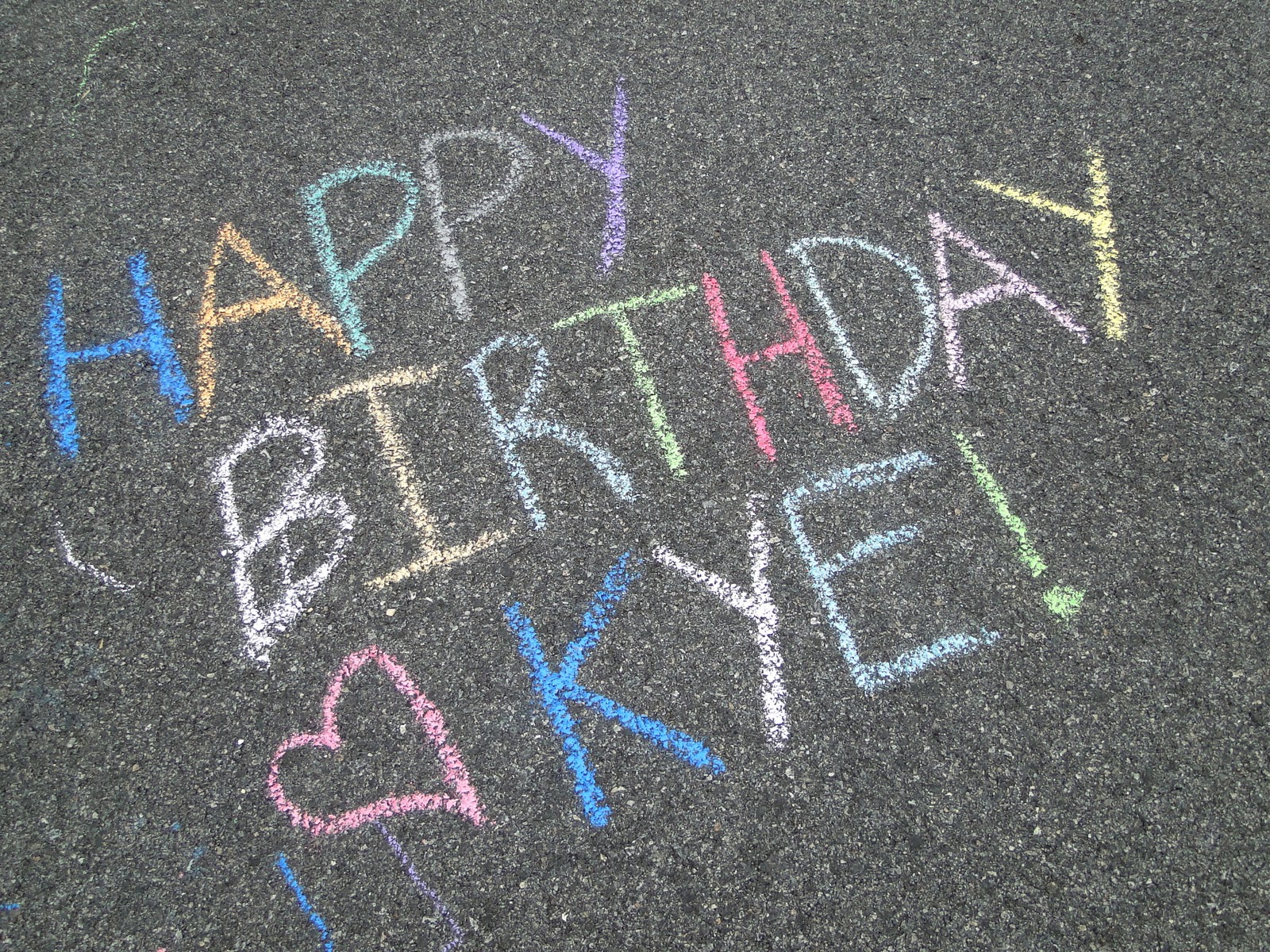 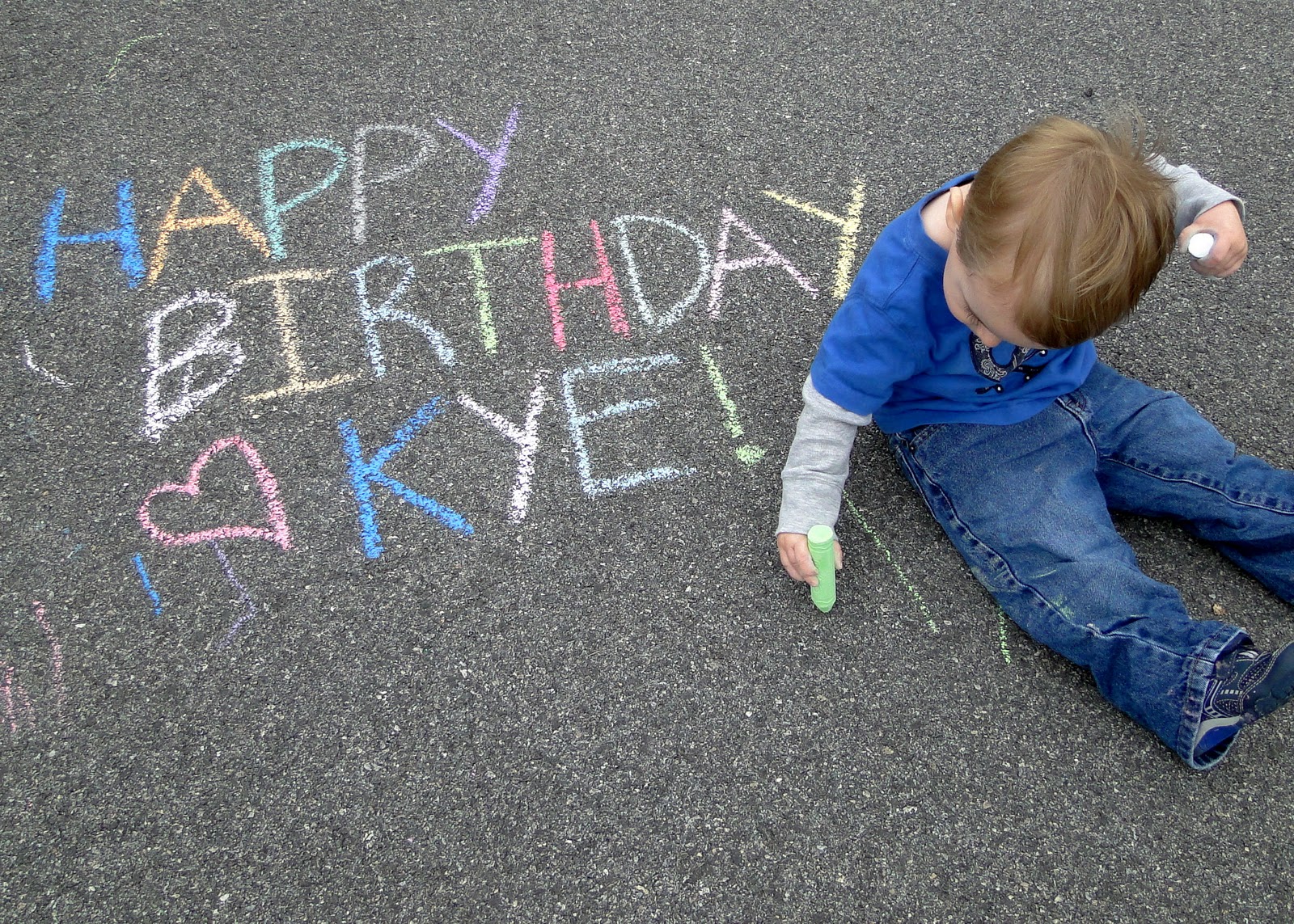 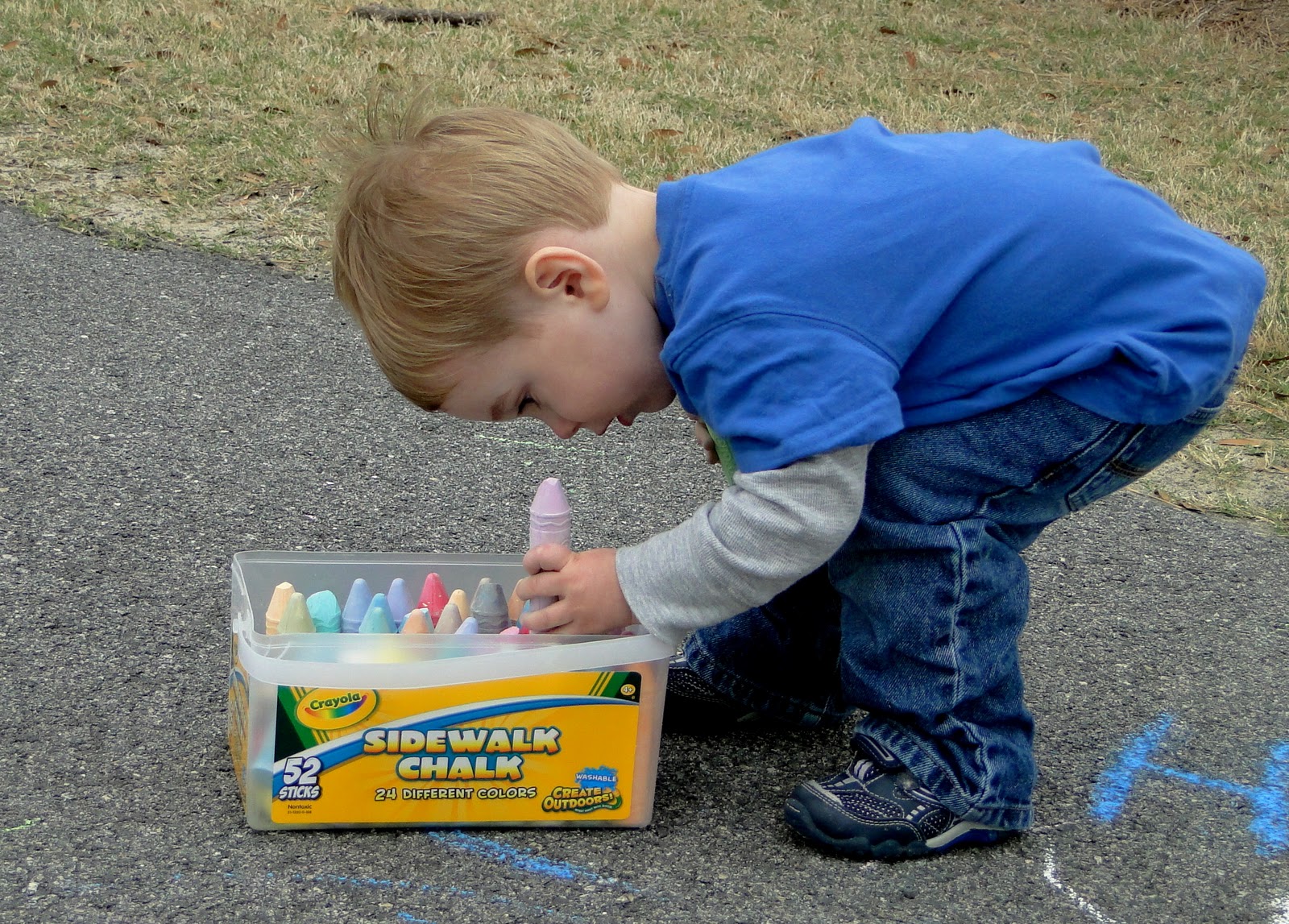 He was in HEAVEN 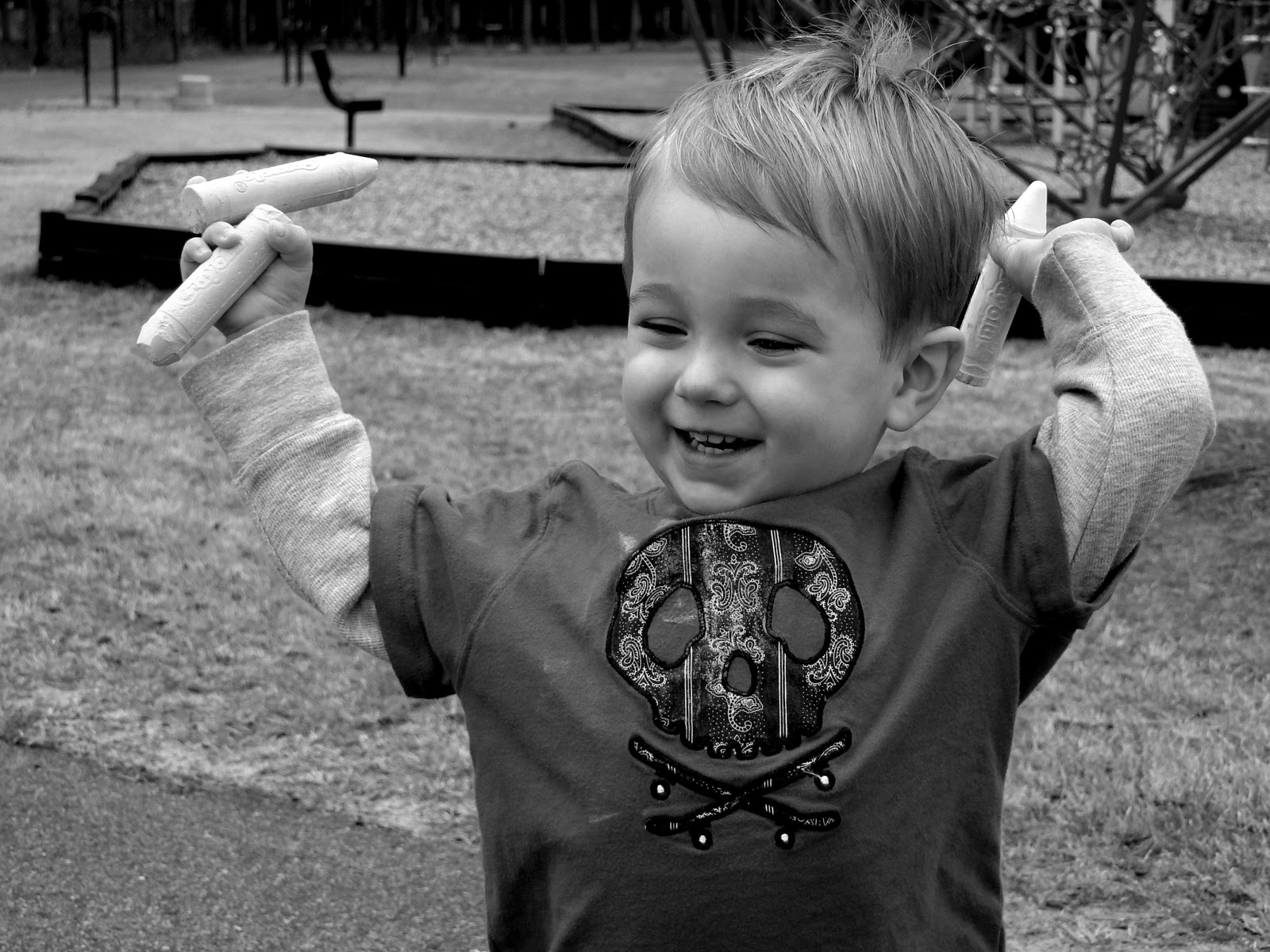 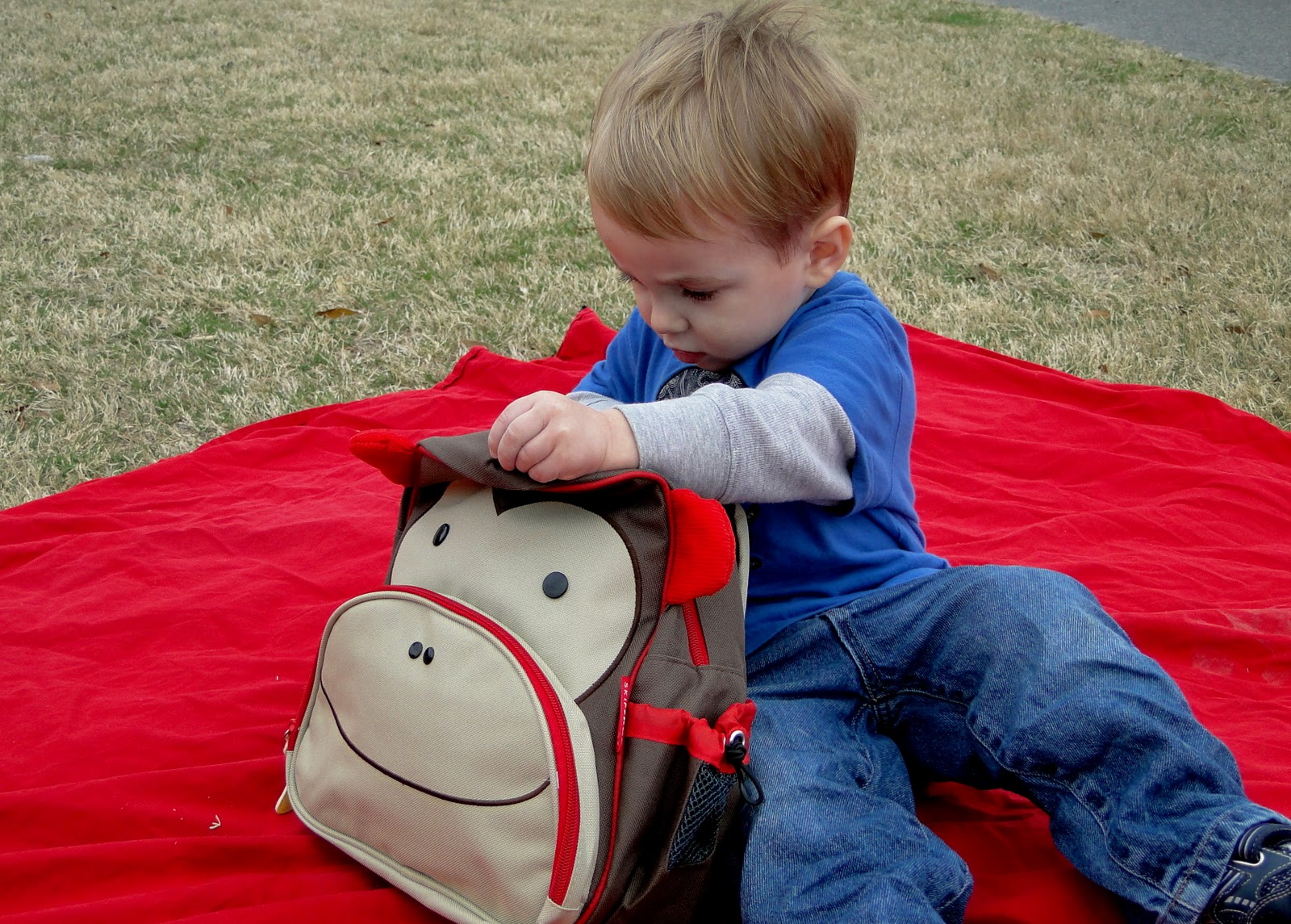 For lunch I wanted to pack his favorites so milk and hot dogs were on the menu. Tell me this child wasn’t super excited when he saw the hot dogs in his lunch! 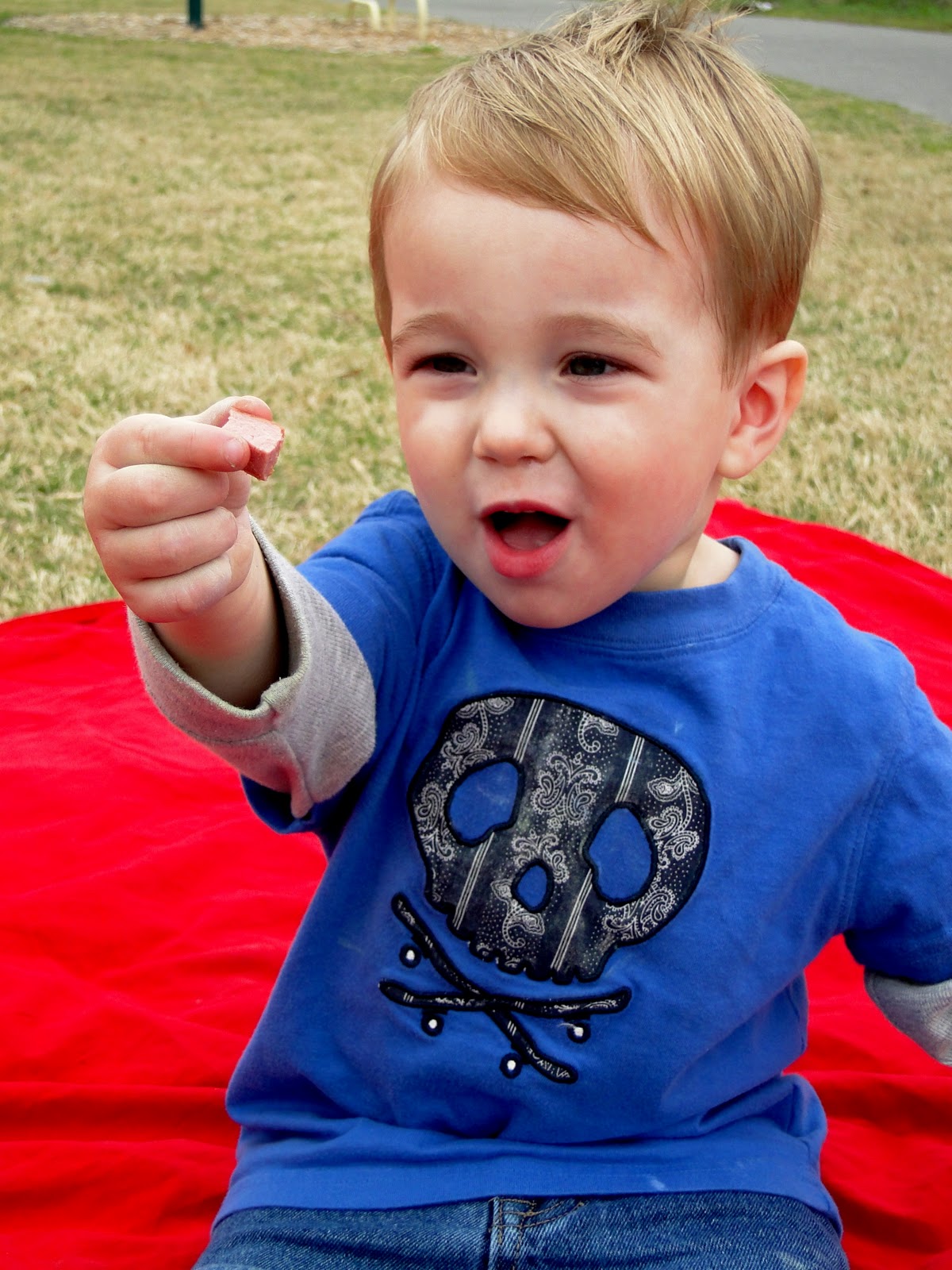 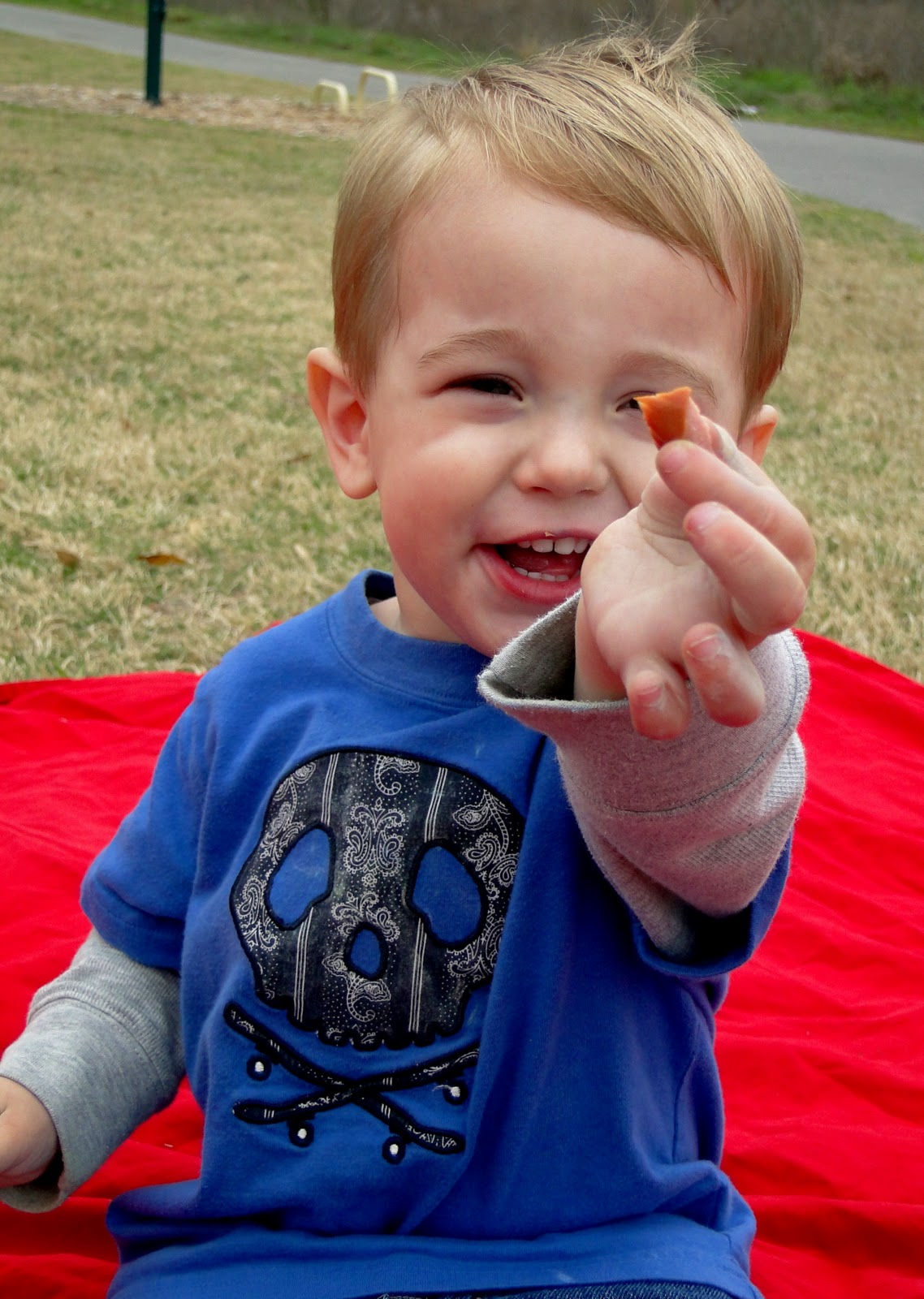 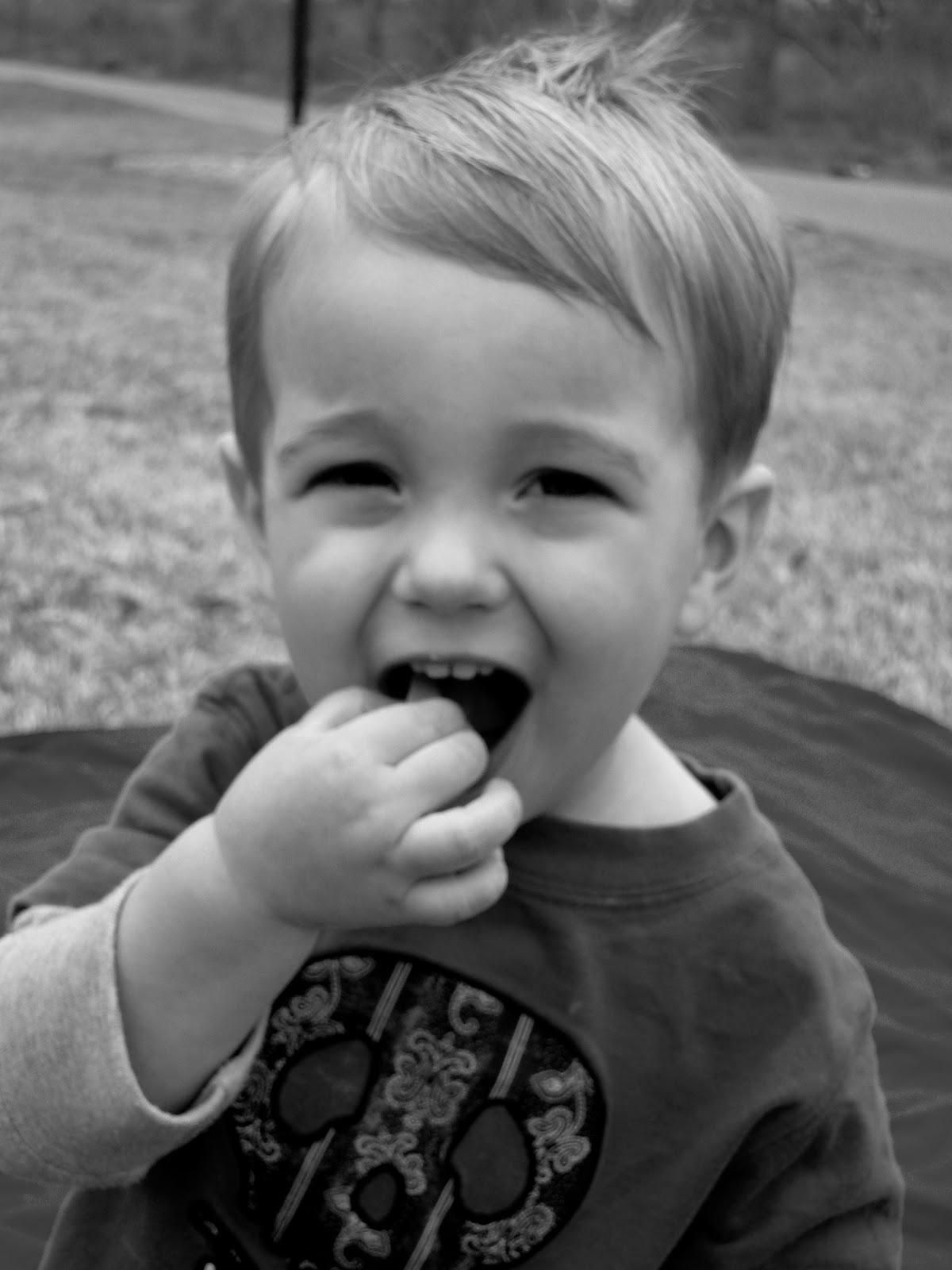 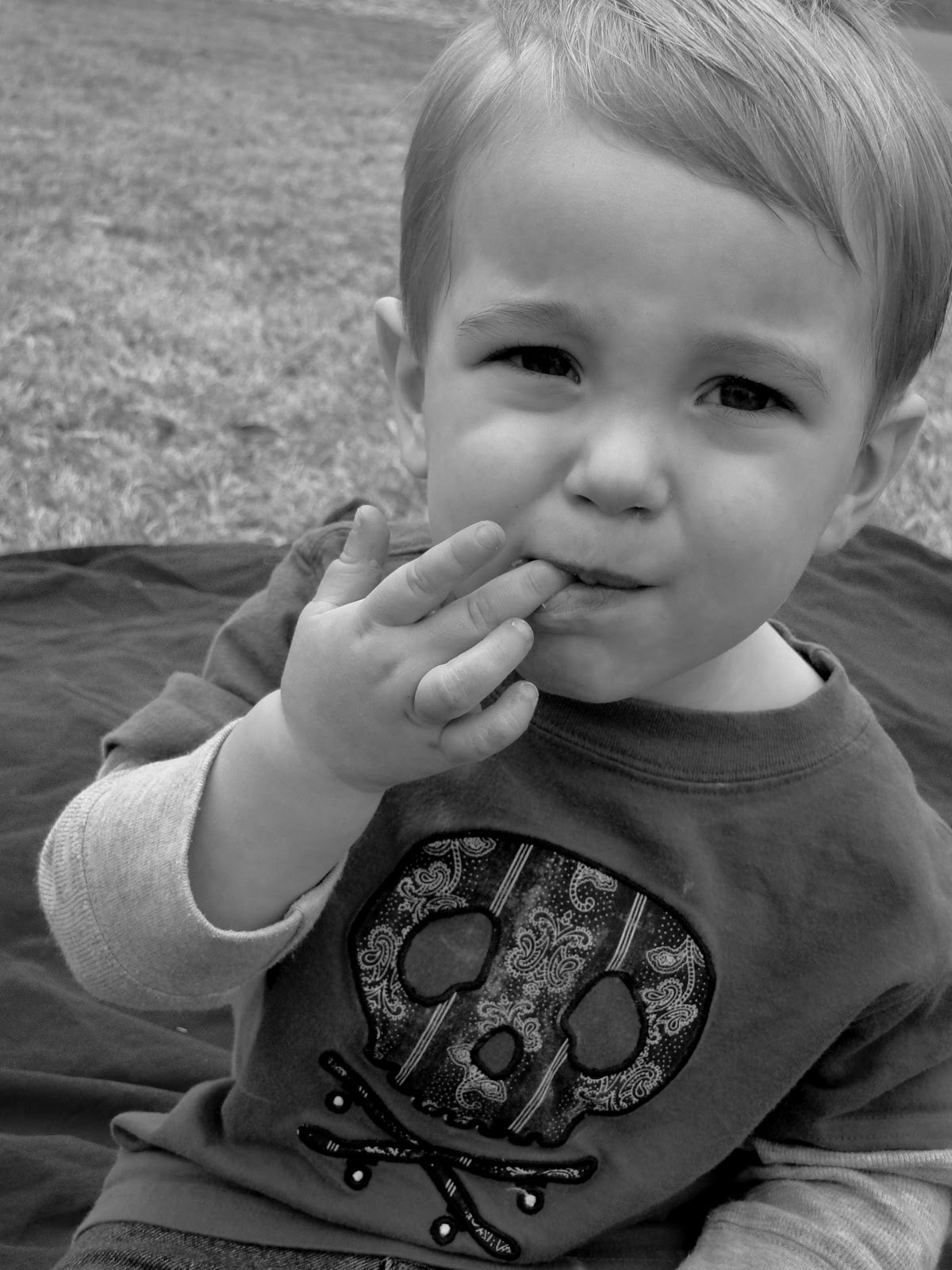 Enjoying the pretty day at the park! 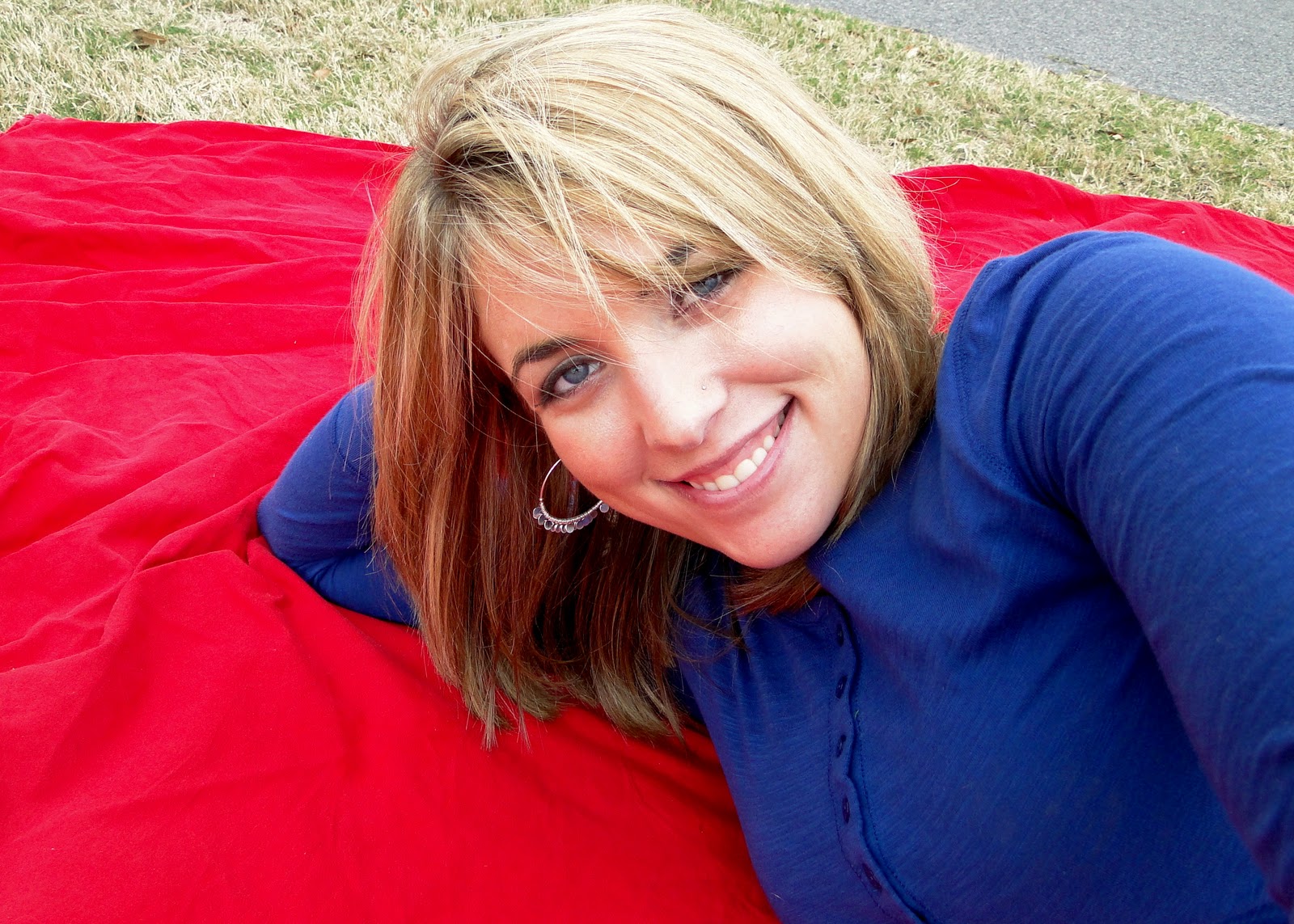 He honestly is saying “cheese” but saying it doesn’t give him a very attractive face…is there a better word we can have him say to get him to smile??? 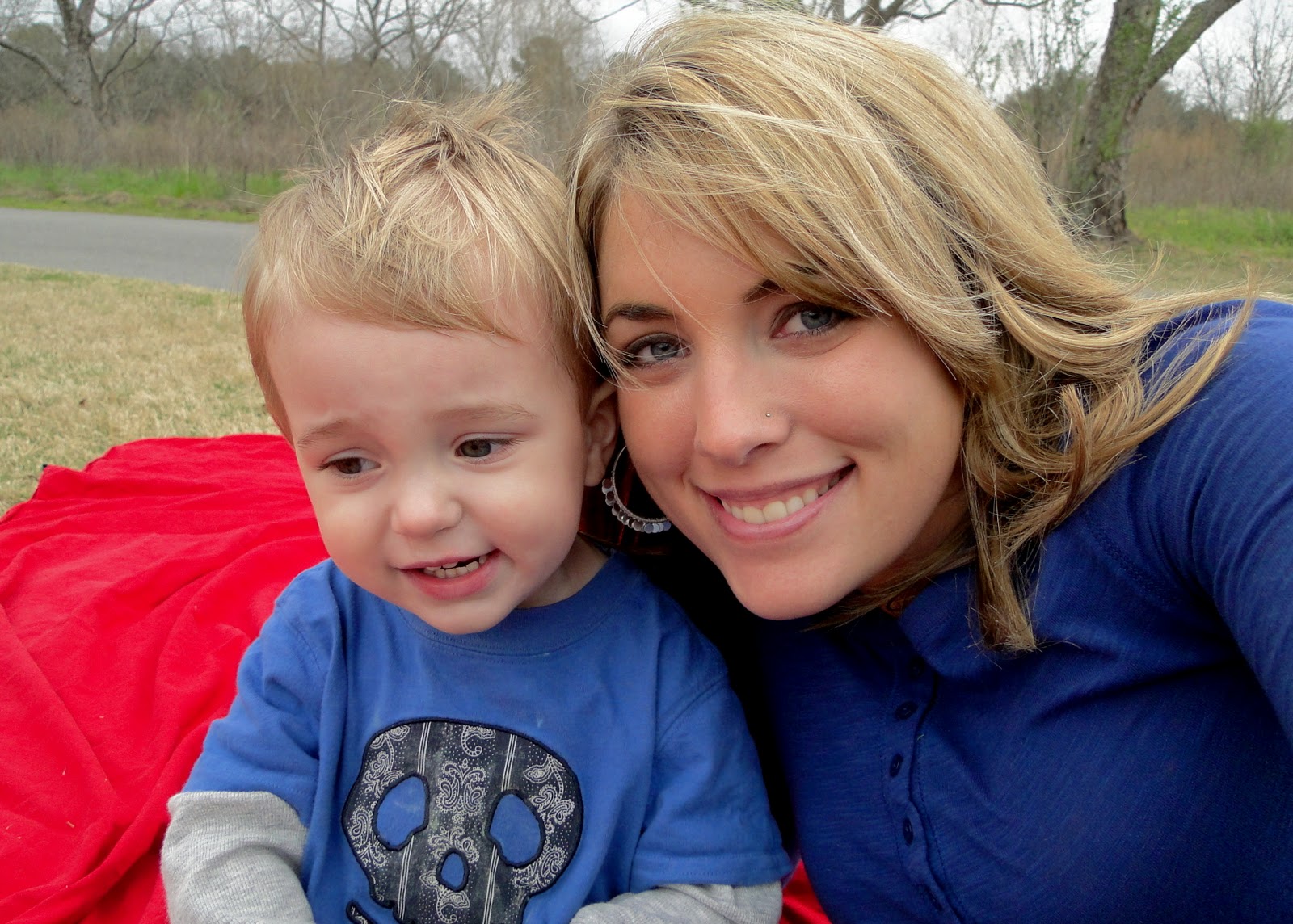 After we cleaned up lunch it was time to PLAY. We didn’t last long because it got pretty cold out and there weren’t any other kids up there. My original plan was to take him to Bruster’s for a free ice cream but I called and they didn’t open until noon which doesn’t work when nap is at 12:30. 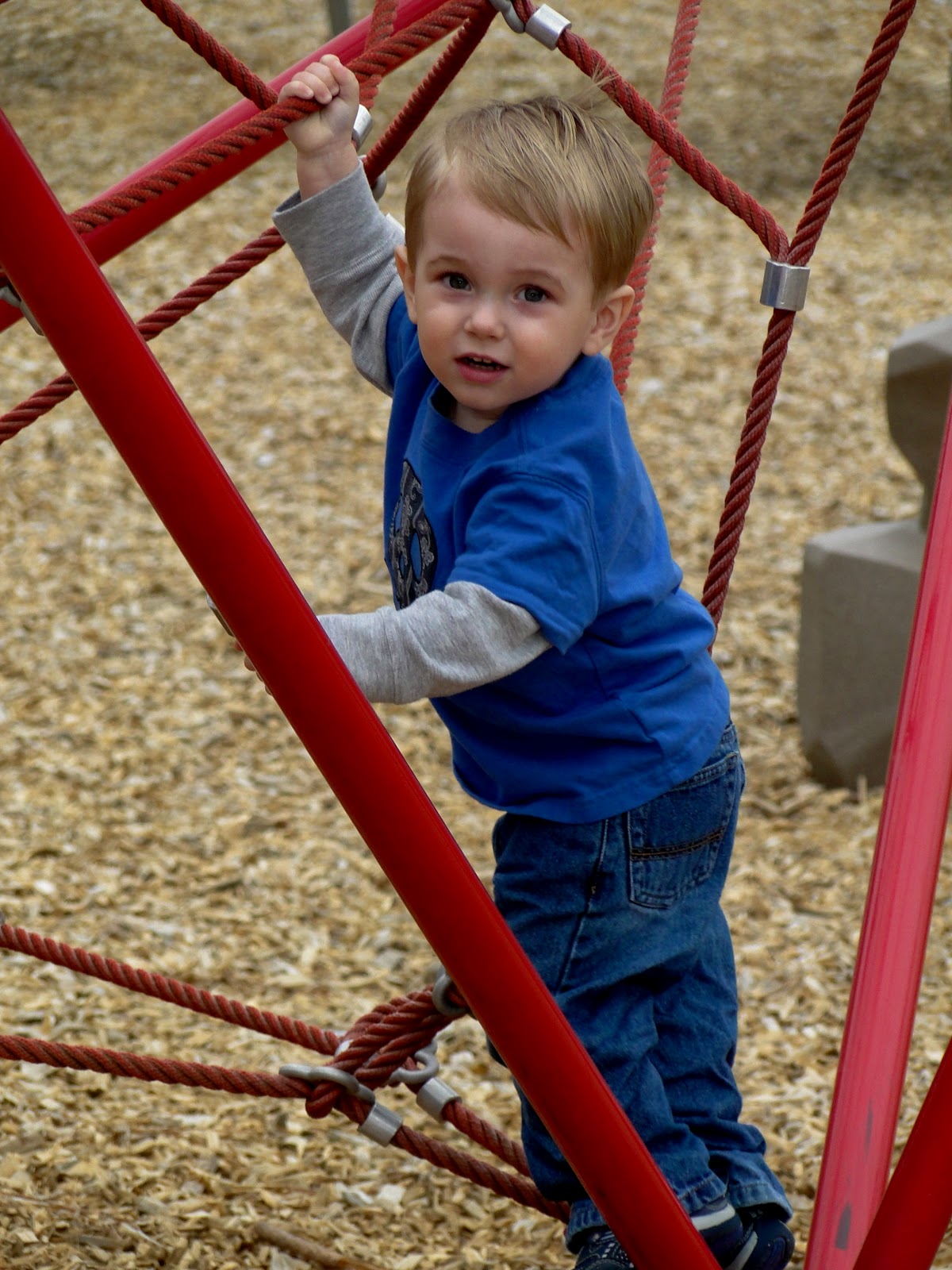 Kye will ONLY go down the slide backwards! 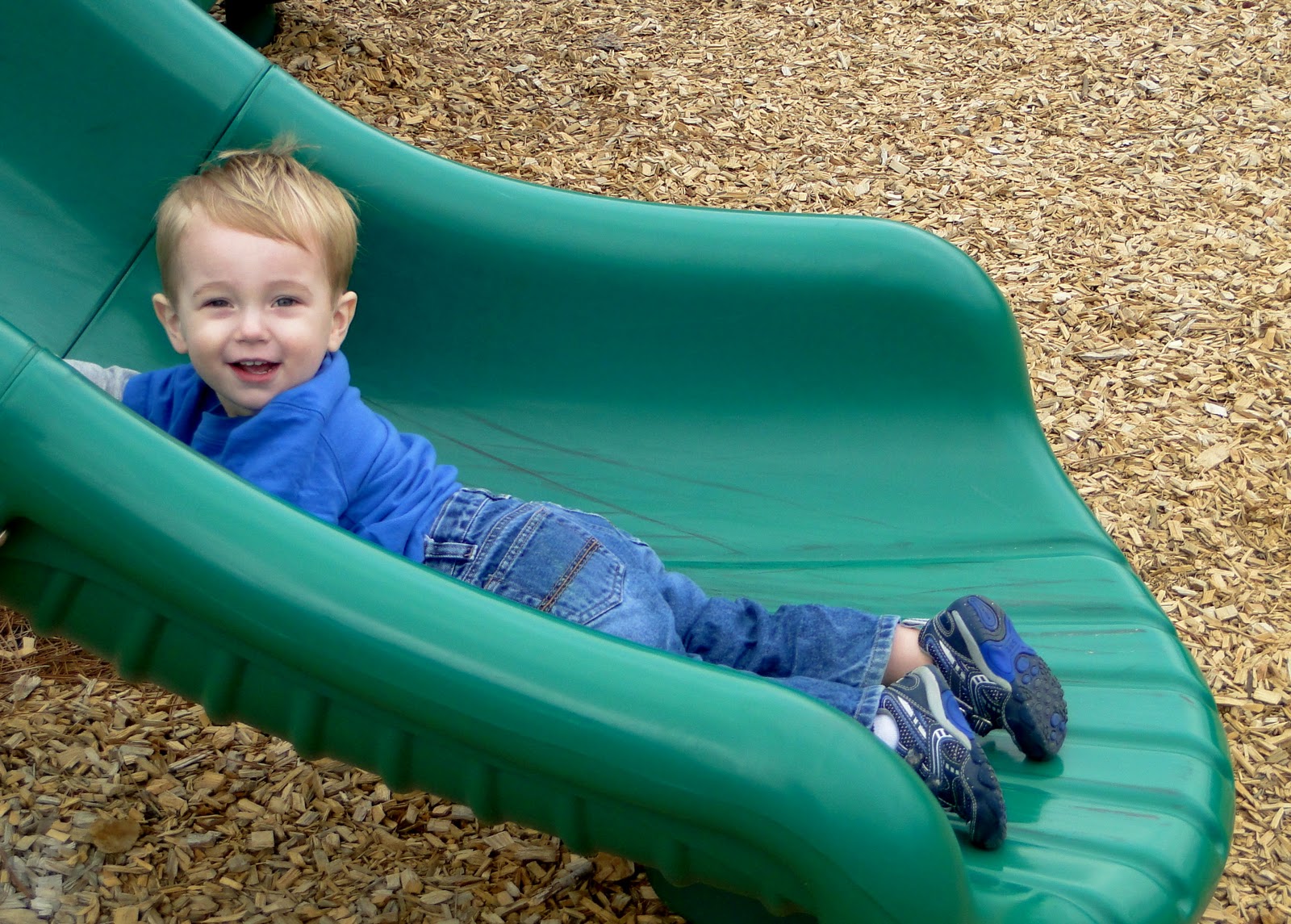 That night when Kye went to bed I asked him what his favorite part of his birthday was. It’s a question I ask him (mostly) everyday and I love hearing his answers. He’ll really think hard before telling me and I about died when he said his favorite thing of the day was seeing the “tractors.” Seriously? On our way home from the park we stopped at some construction and just looked at the big tractor – that’s it. And that was his favorite part of the day! Not all the food, not the presents, not the cake…the tractor. I guess it’s the simple things in life right? 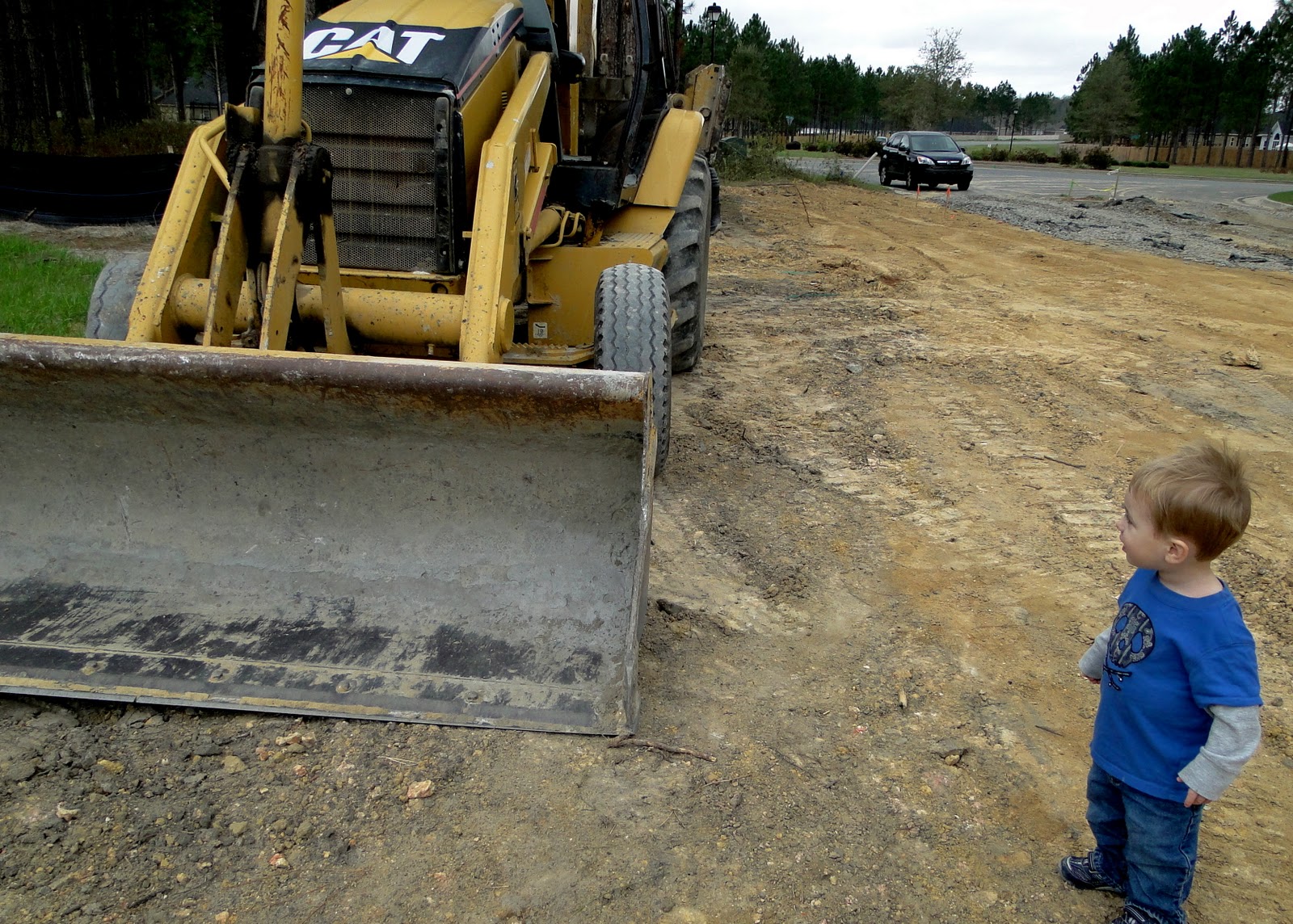 He loved the BIG tire! 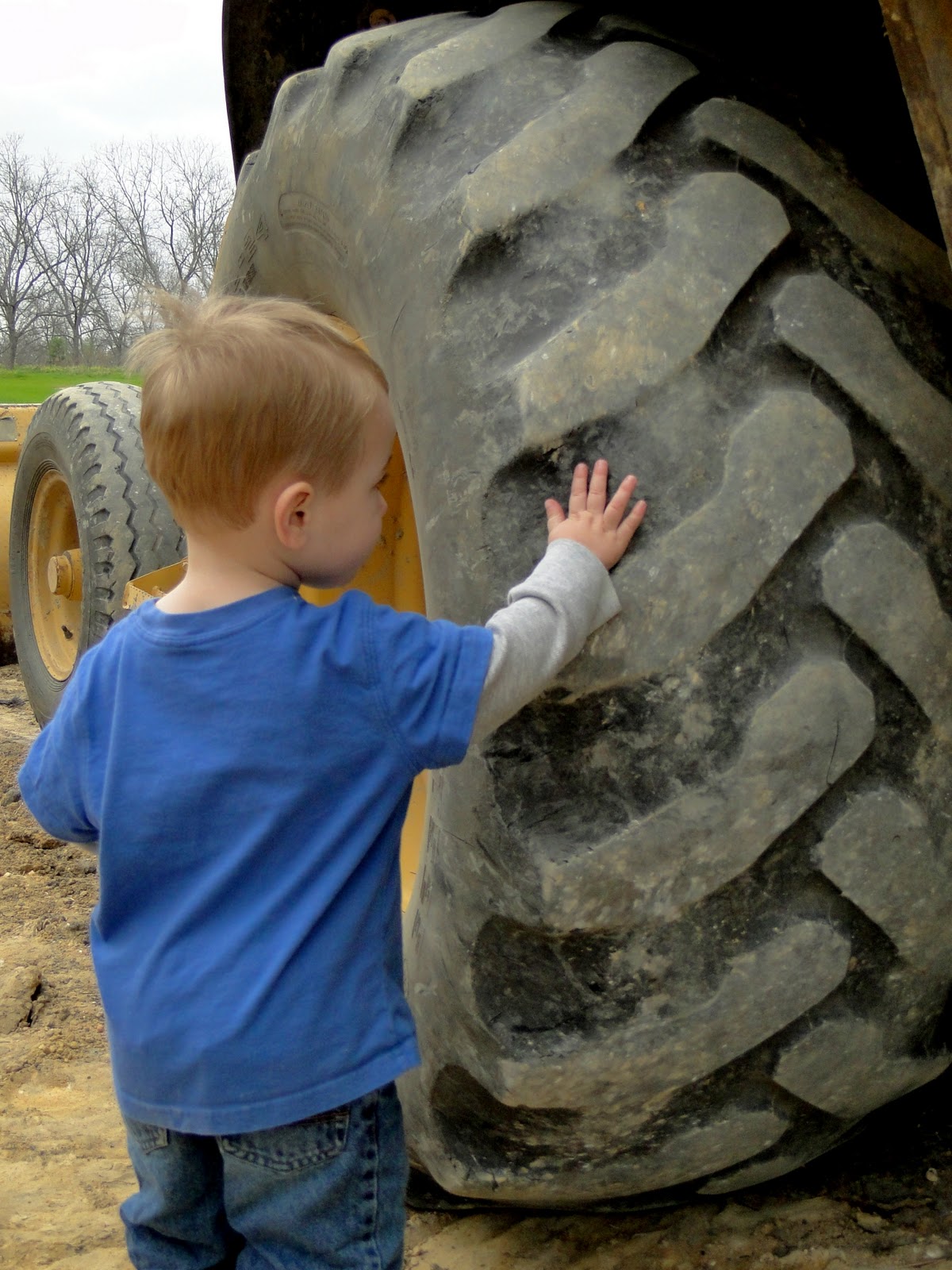