~~~~ CONGRATS to the giveaway winner…Katie Quintero!!! Thanks to everyone who entered and the businesses that participated! Hopefully we’ll do another giveaway soon! I’m thinking something FUN for when I hit 100 followers! ~~~~

While Kye slept I made him one of my “famous” (using that word very loosely…) bunt cakes. I’m not one of those talented baking type mommies and I’ve seemed to have a good record of yummy bunt cake making so I figured I’d stick with what I know best. Sadly, this one was a big FAIL. Even more sad was that by the time I realized it had failed, I didn’t have time to make another one before we’d have to leave to celebrate the rest of Kye’s big day! Thankfully I called American Cookie Company at the mall and had them whip up something for us real quick. I wasn’t too upset over the cake because 1) it is just a boxed cake mix and 2) I’d MUCH rather something go wrong on Kye’s real birthday than for his party 🙂 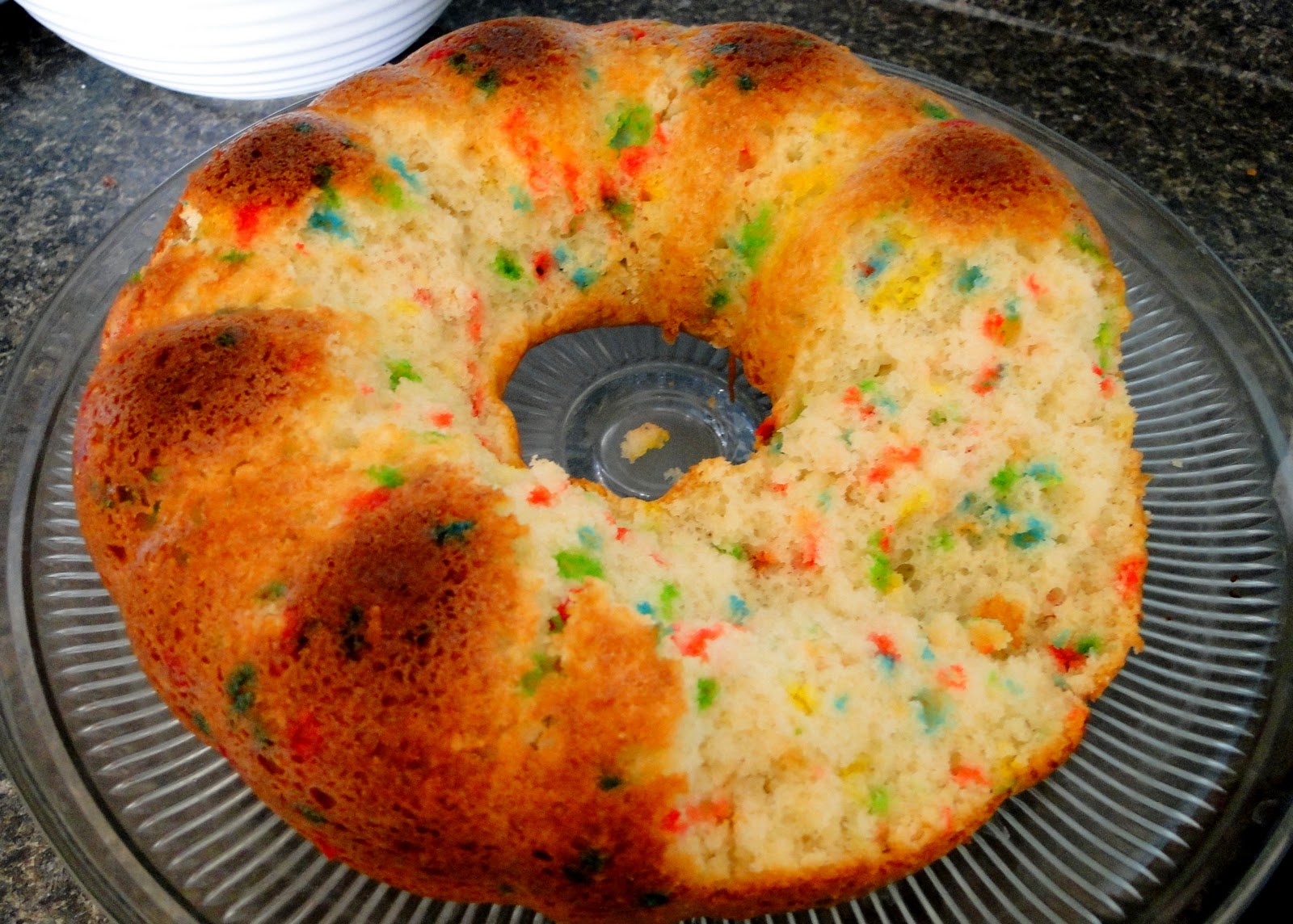 Originally we planned to go to Jungle Jym’s to play a round of putt-putt as a family. Unfortunately, they didn’t open until 6! Since that was out and we had to pick up the cookie cake anyway, we hit up the mall playground. We rarely go there and Kye loves it so we figured it’d make for some FREE birthday fun, and it didn’t disappoint. He had a BLAST running all over the place and making lots of new friends. 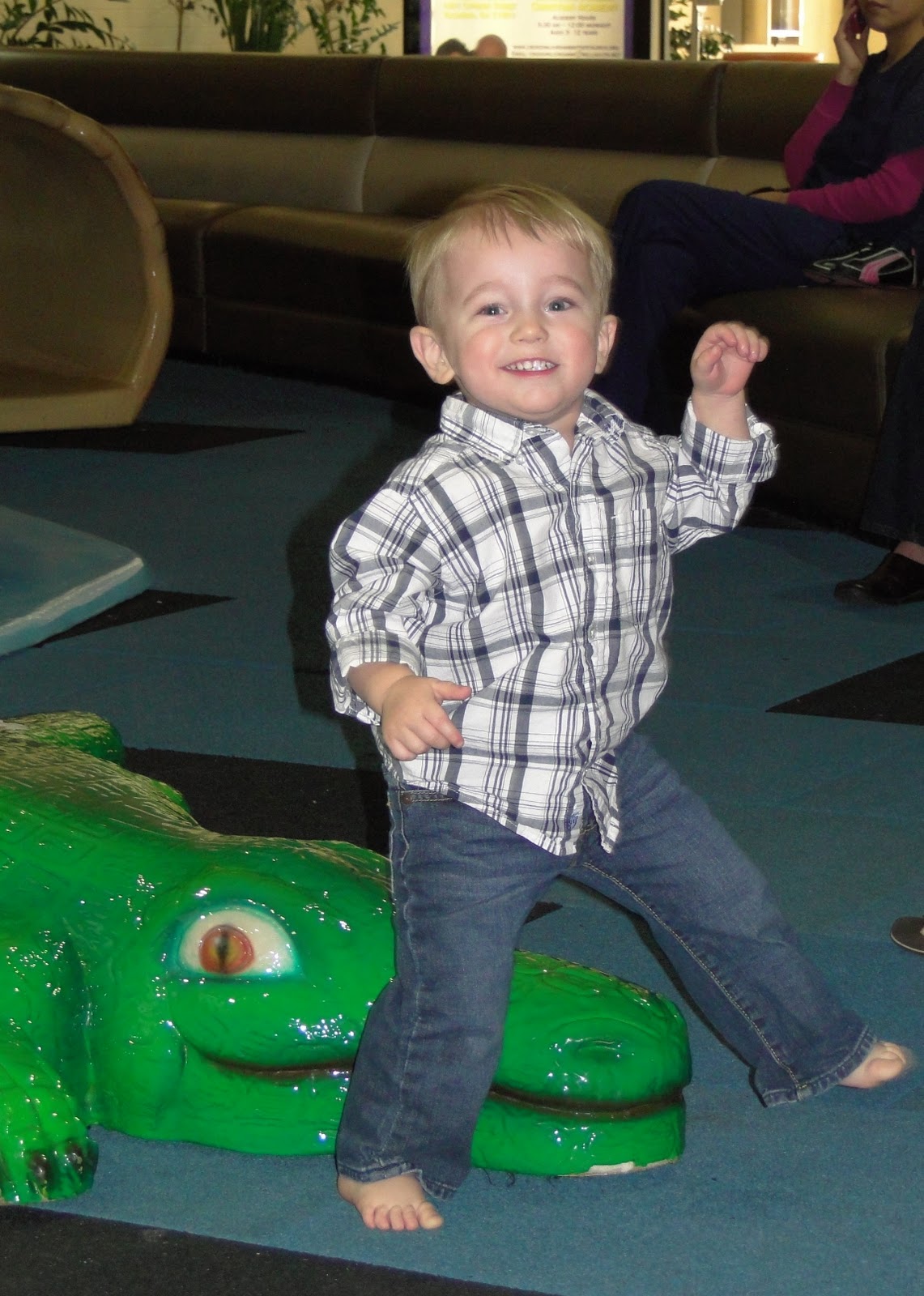 Since we’re tight on dough right now (once you see Kye’s party you’ll understand why…) I didn’t want to get some huge cookie cake. Plus who needs the extra calories? I had them make us a small “card sized” cake. Can you believe it was still $13?!? Crazy! I do love how it turned out though! Kye calls birthdays “happy” so I thought it was cute to have the cake say “Happy Happy Kye!” instead of Happy Birthday Kye 🙂 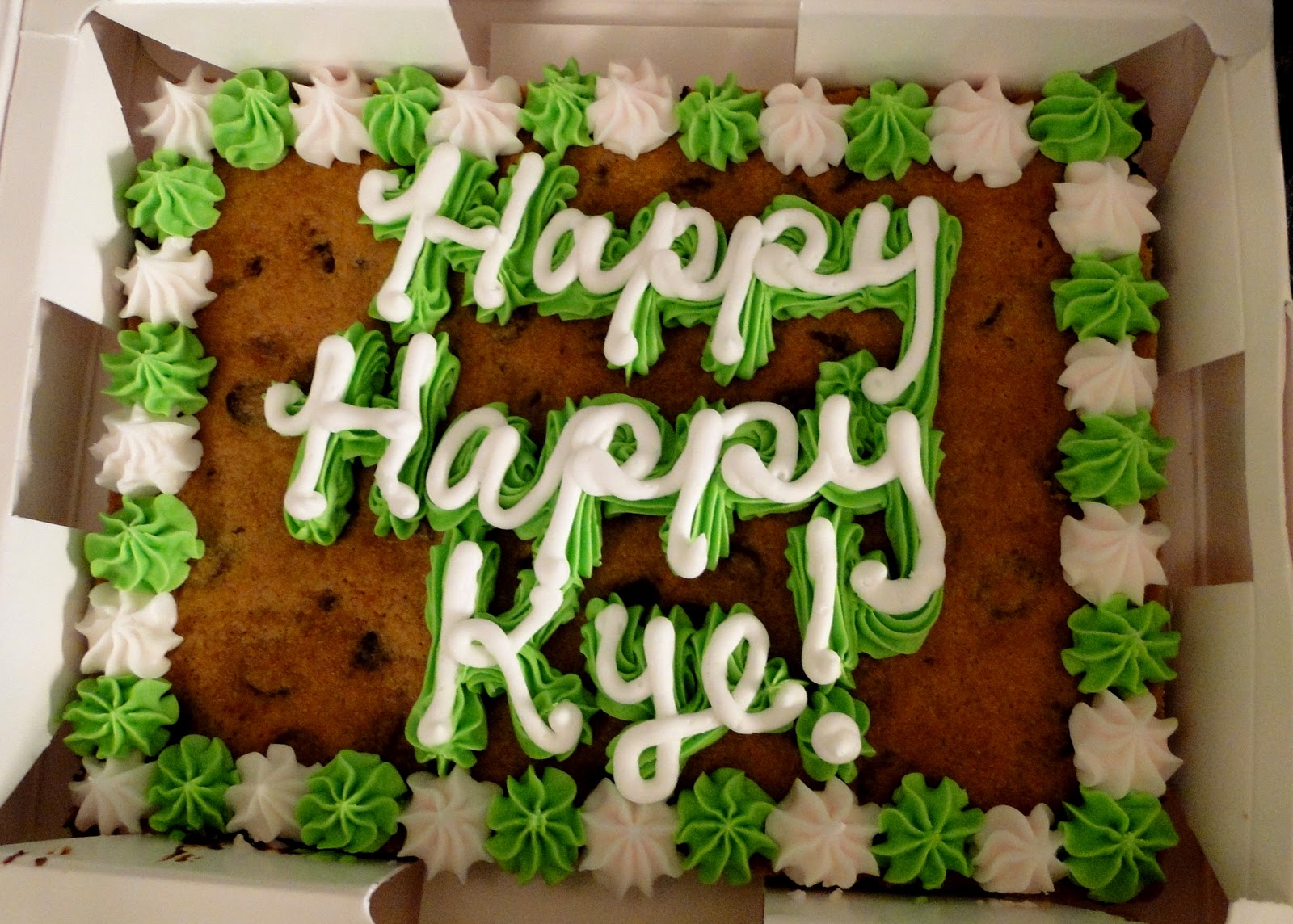 For dinner we wanted to go somewhere Kye would LOVE so we decided on pizza. Our usual family favorite is Sister’s but Zach had a craving for Pizza Hut and it is a little more kid friendly so we went there. Omg we had a FEAST! Yummy cheese bread and stuffed crust pizza. Kye was in Heaven and kept eating and eating and eating. He finished three slices! Here’s a video of him chanting for pizza. 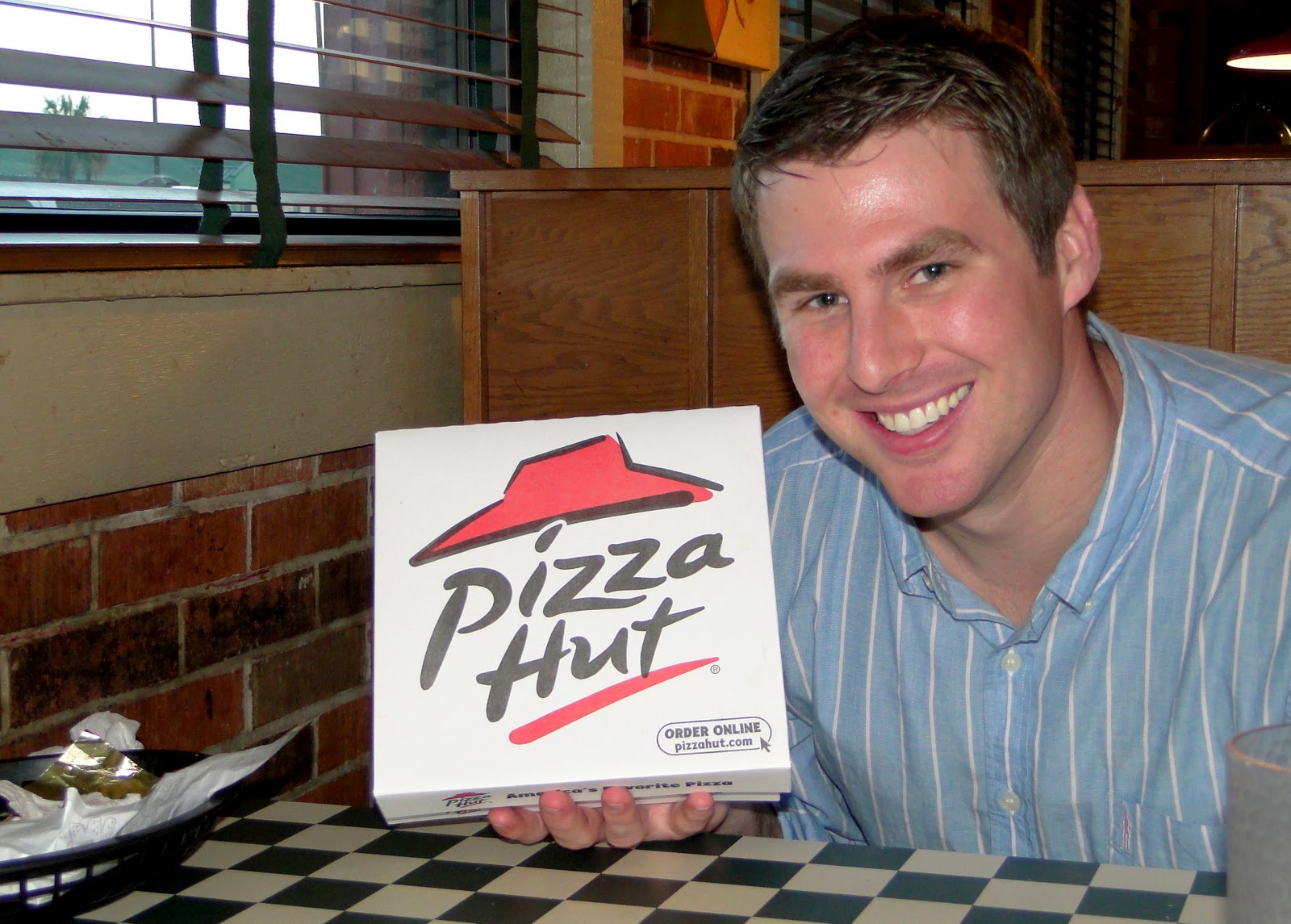 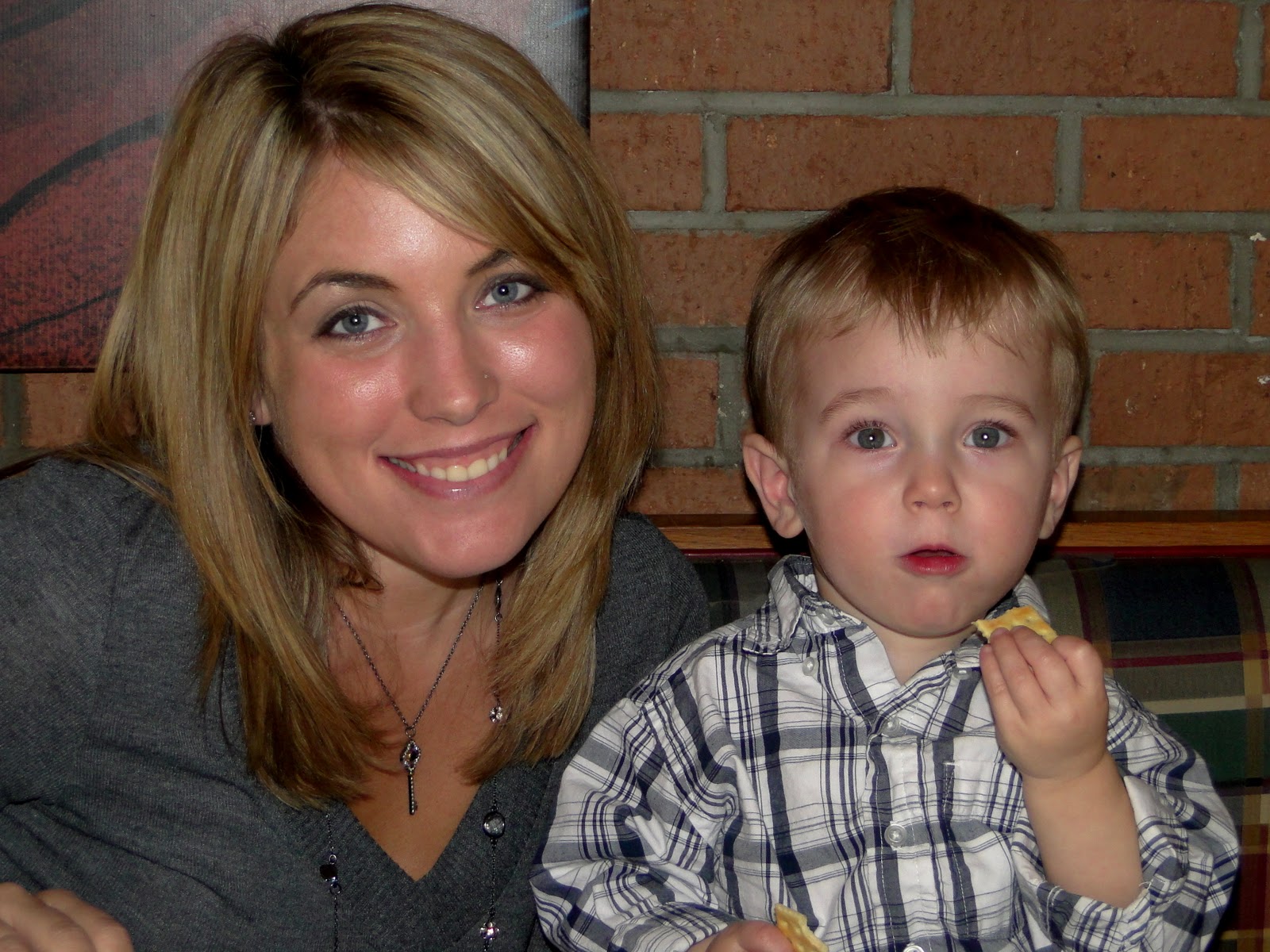 Once we finally got Kye to stop eating we headed home and sang his song for him. I’ve been prepping him for his birthday for a looong time. We read the book The Little Gorilla

often and always sing “Happy Birthday” to the Little Gorilla at the end of the story. He also started being obsessed with the song at Cade’s Birthday Party so I knew he’d enjoy when it got to be his turn. Here’s a video of us singing to him and blowing out the candles. And a video of him eating the cake and telling us his NEW age! 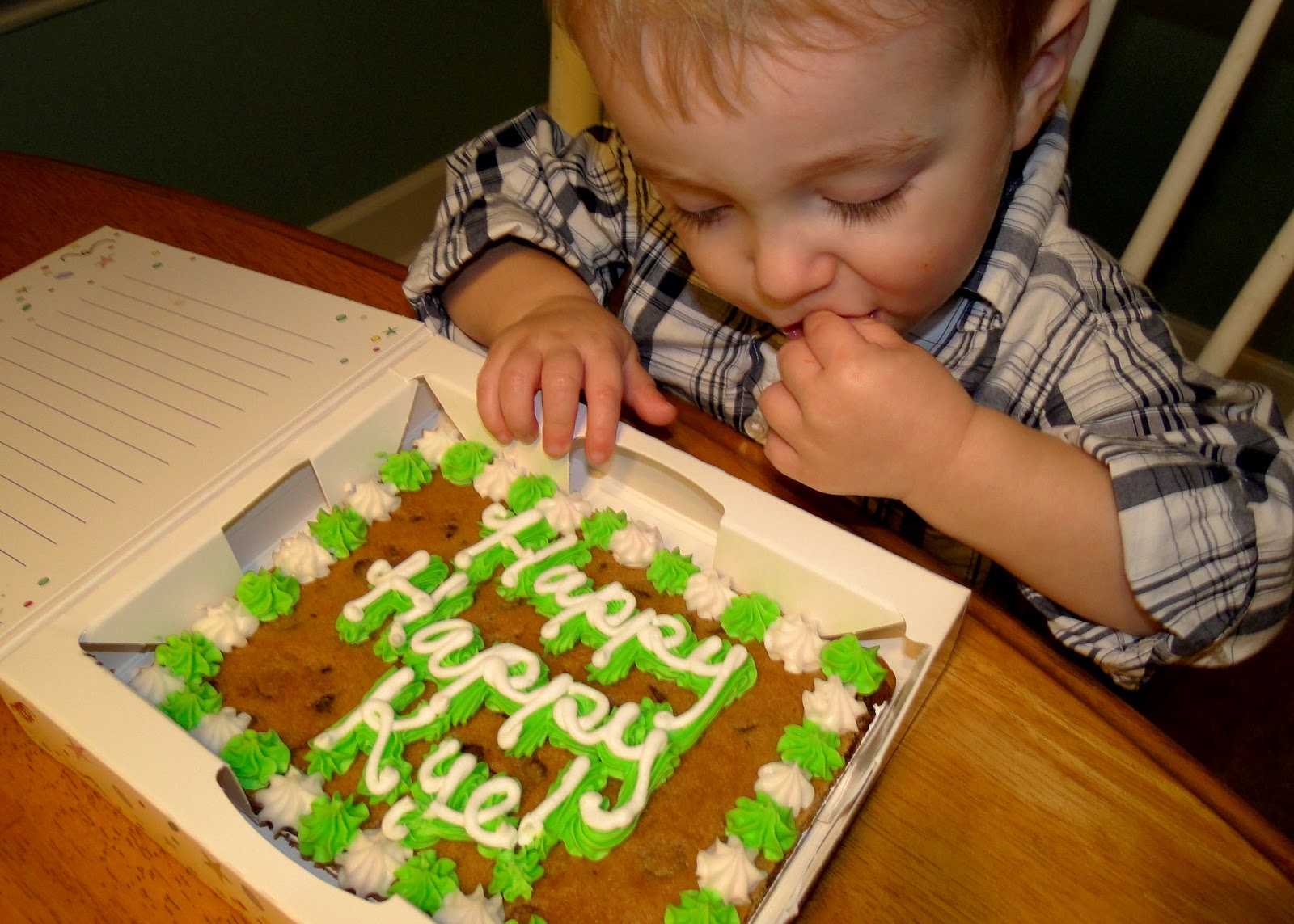 Present time! The kid got SO much at Christmas that it was tough to shop for him. I actually had some stuff that I didn’t give him for Christmas that I wrapped up for his birthday and I had a great coupon at ToysRUs ($30 off a $60 purchase – pretty awesome) so I used that. He basically had a BIG birthday with very little money spent on it, which is always a good thing 🙂 Here’s two videos of him opening his birthday presents: video 1 (Mr. Potato Head

which has been his FAVORITE gift!) and video 2 (saving “niccce” while opening his blocks

and buzz and woody dress up chest, )

I’ve been looking forward to reading this book together, good preparation for Disney World! 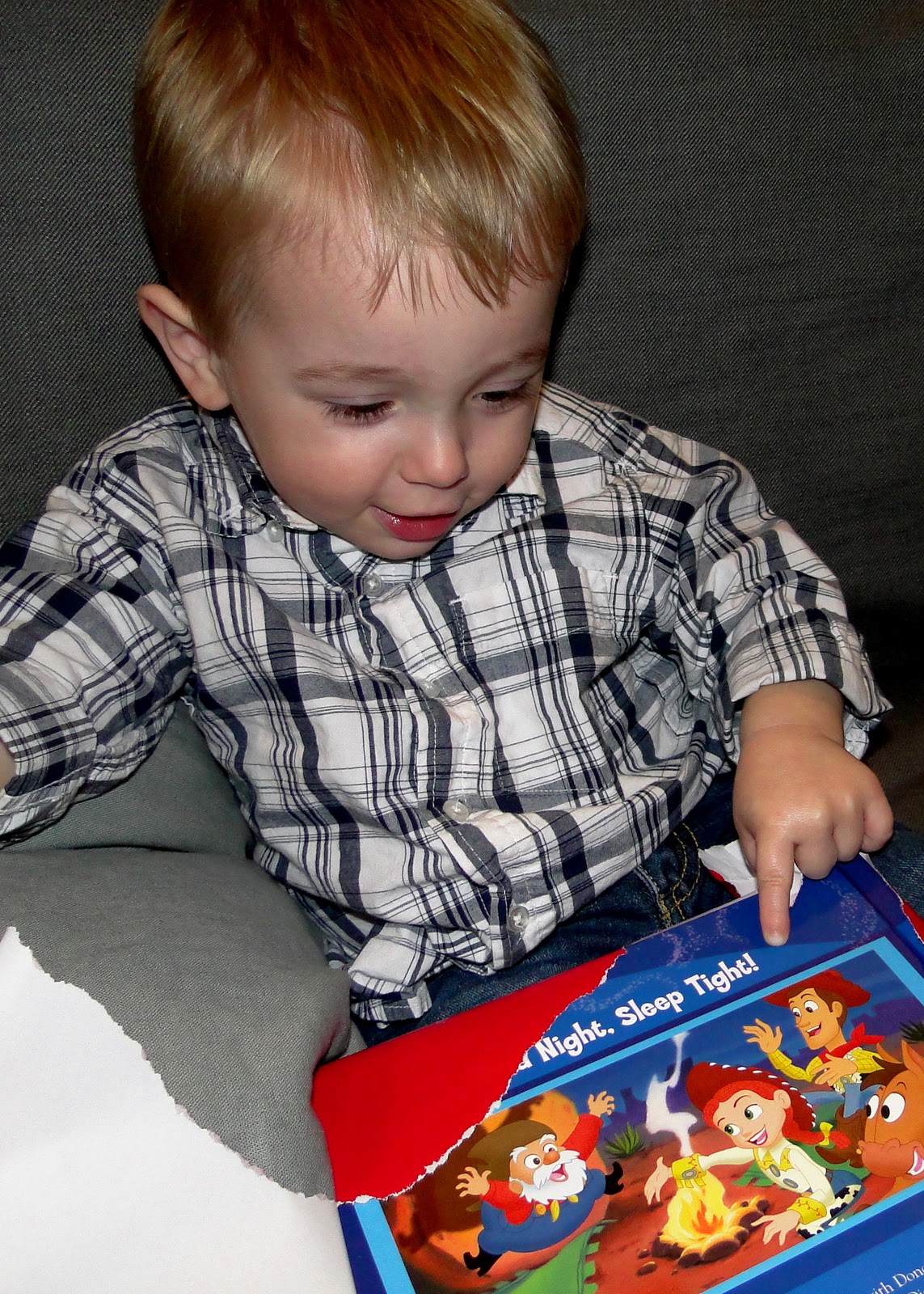 and it’s great because all the stories feature Disney characters but are short enough to read before bed. 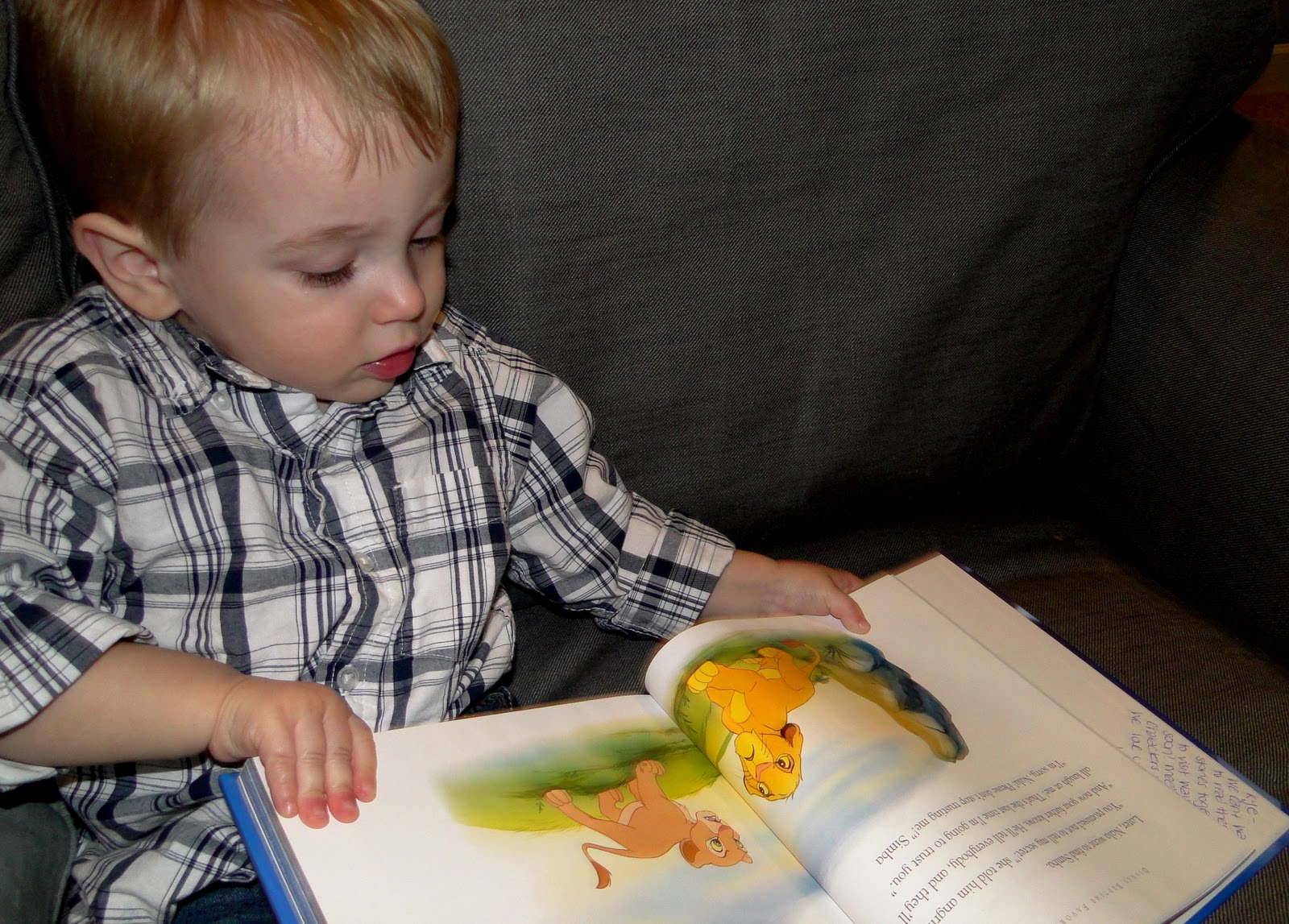 He couldn’t figure out what the bowling set 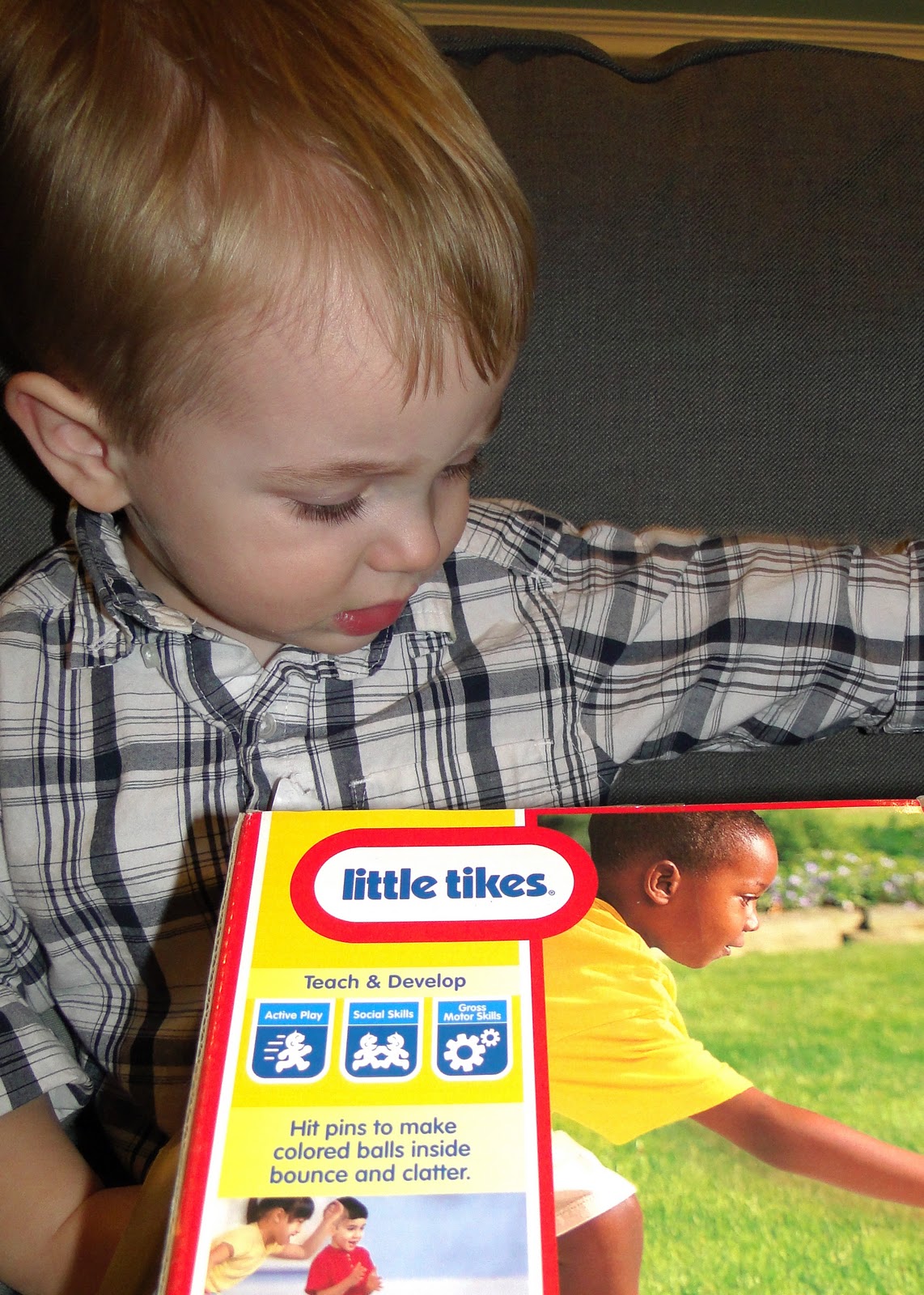 he was excited for the Toy Story dress up chest 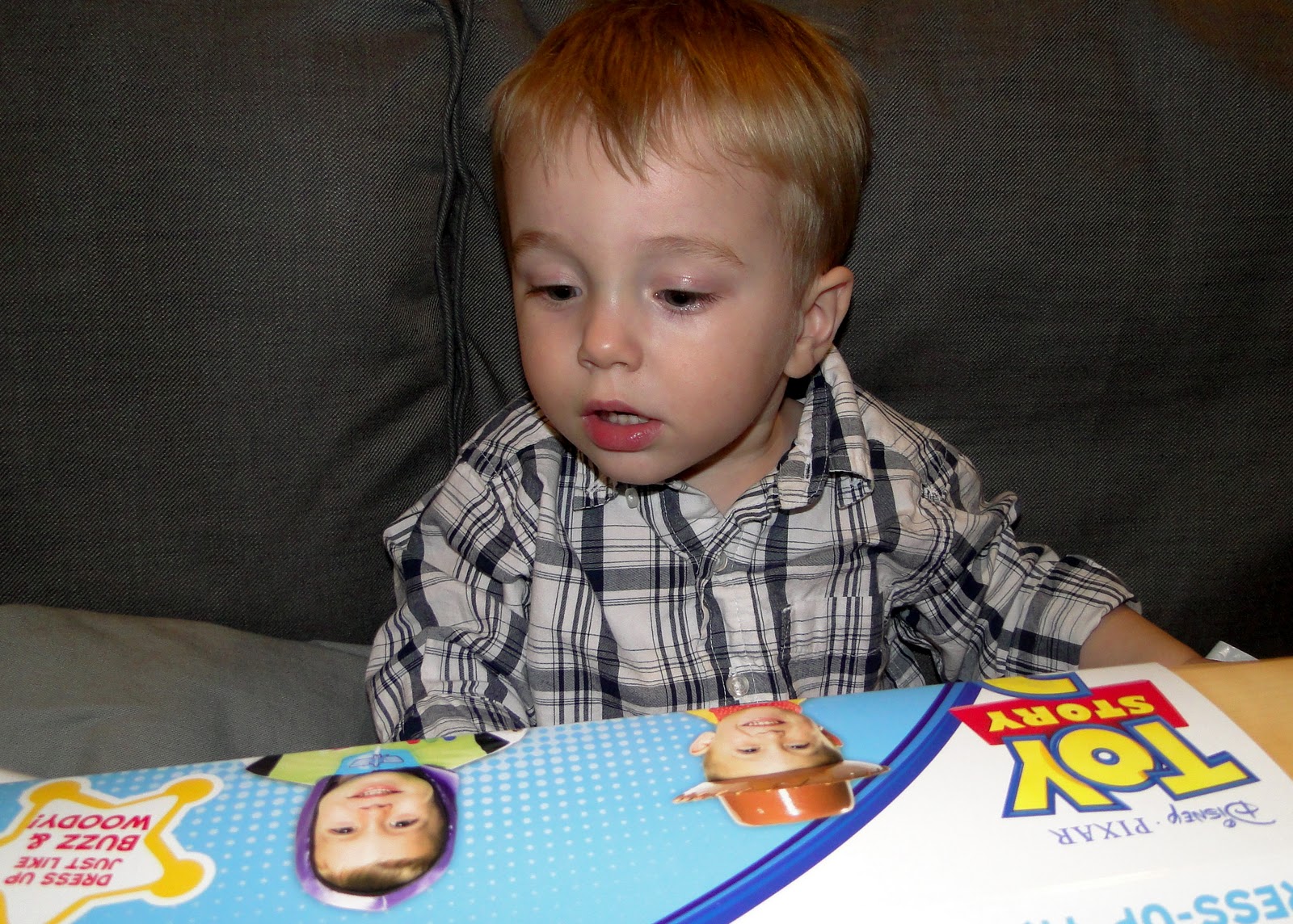 The last gift was SO huge that it took 2 rolls of wrapping paper! 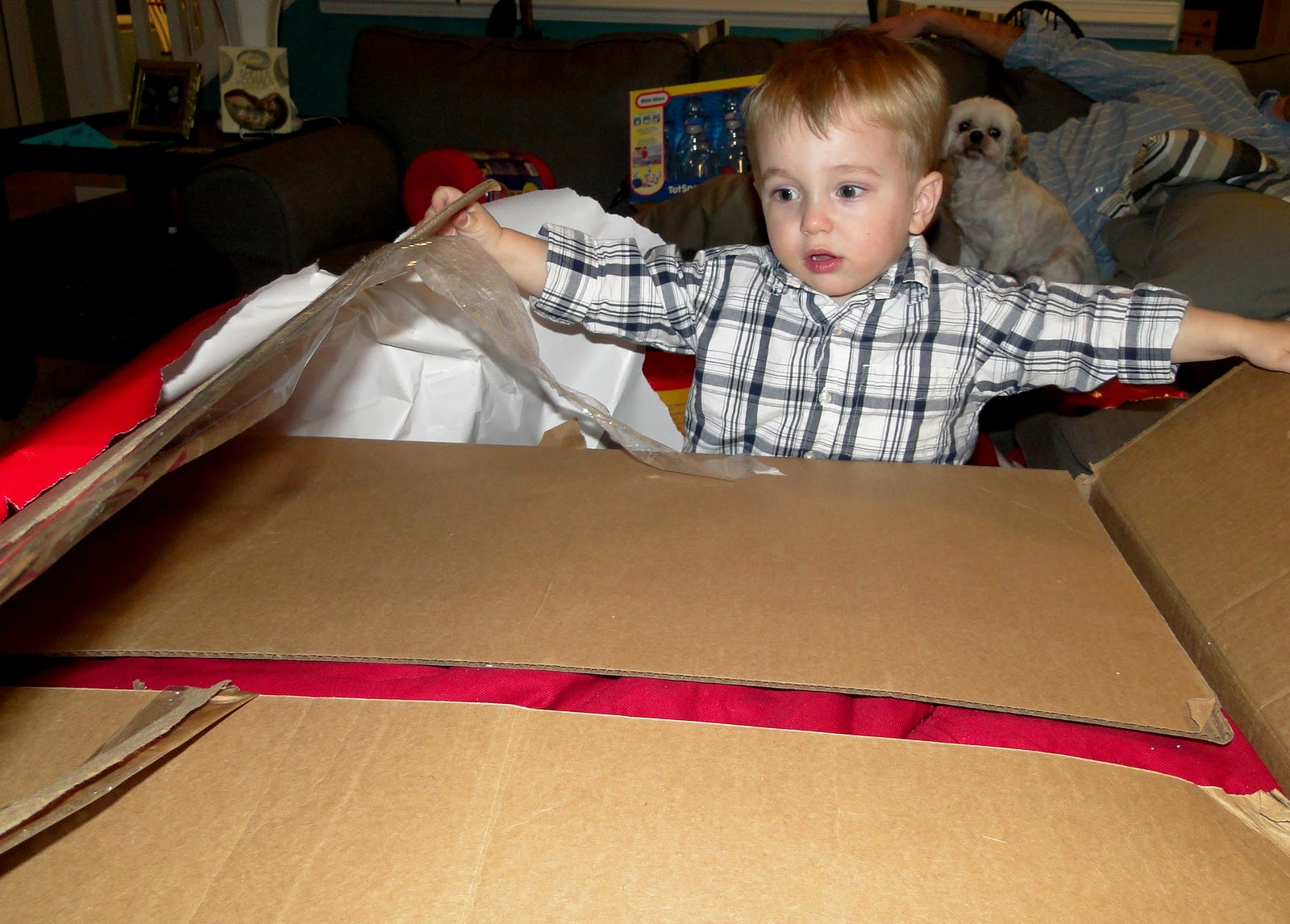 With all of his presents (it was much easier to sit him down for last years pic!) 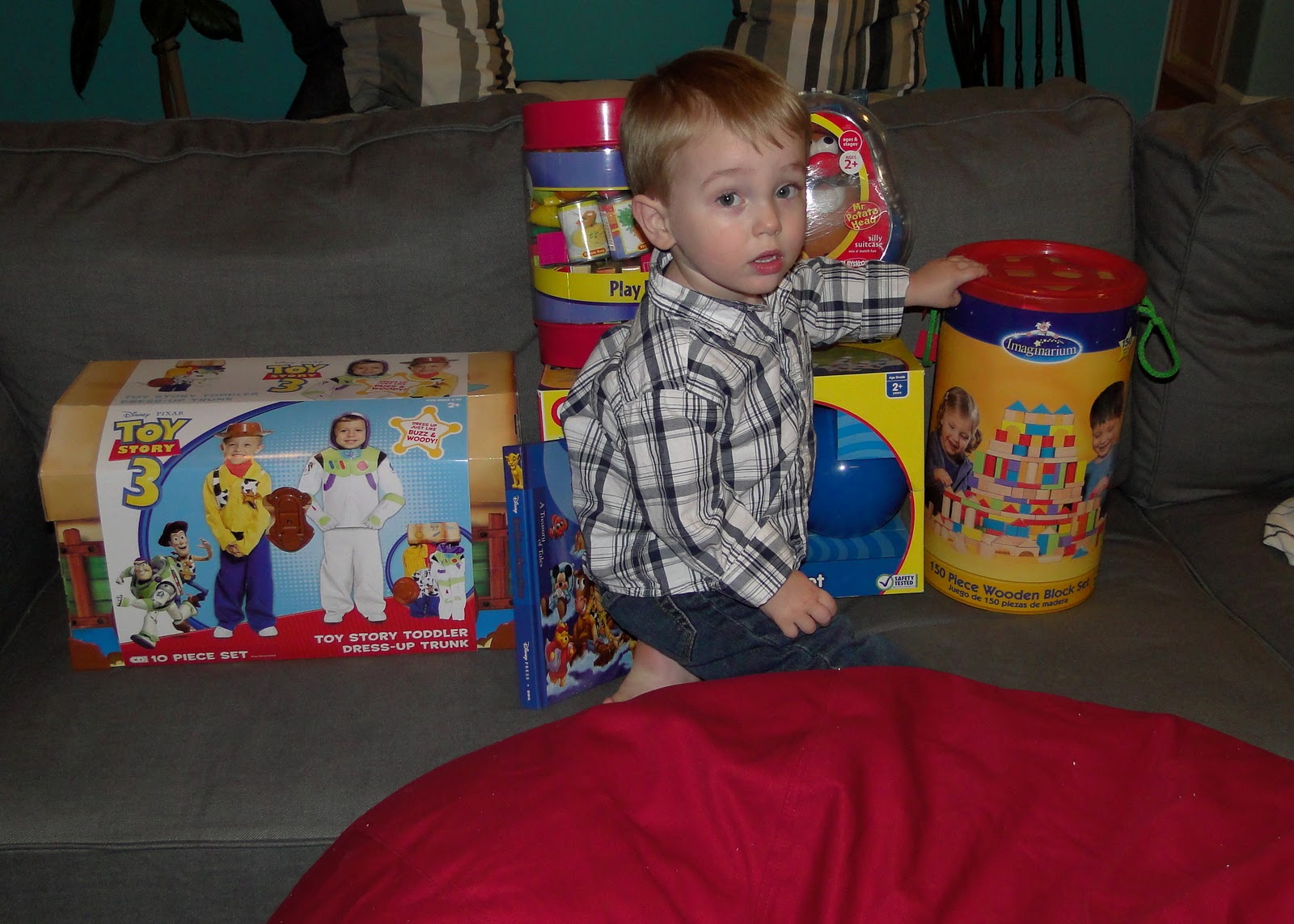 You can’t tell here but it’s HUGE. We bought it for Kye, but in reality we bought it for us to sit in while playing in the playroom. It was kinda a for you – from me – for me type gift 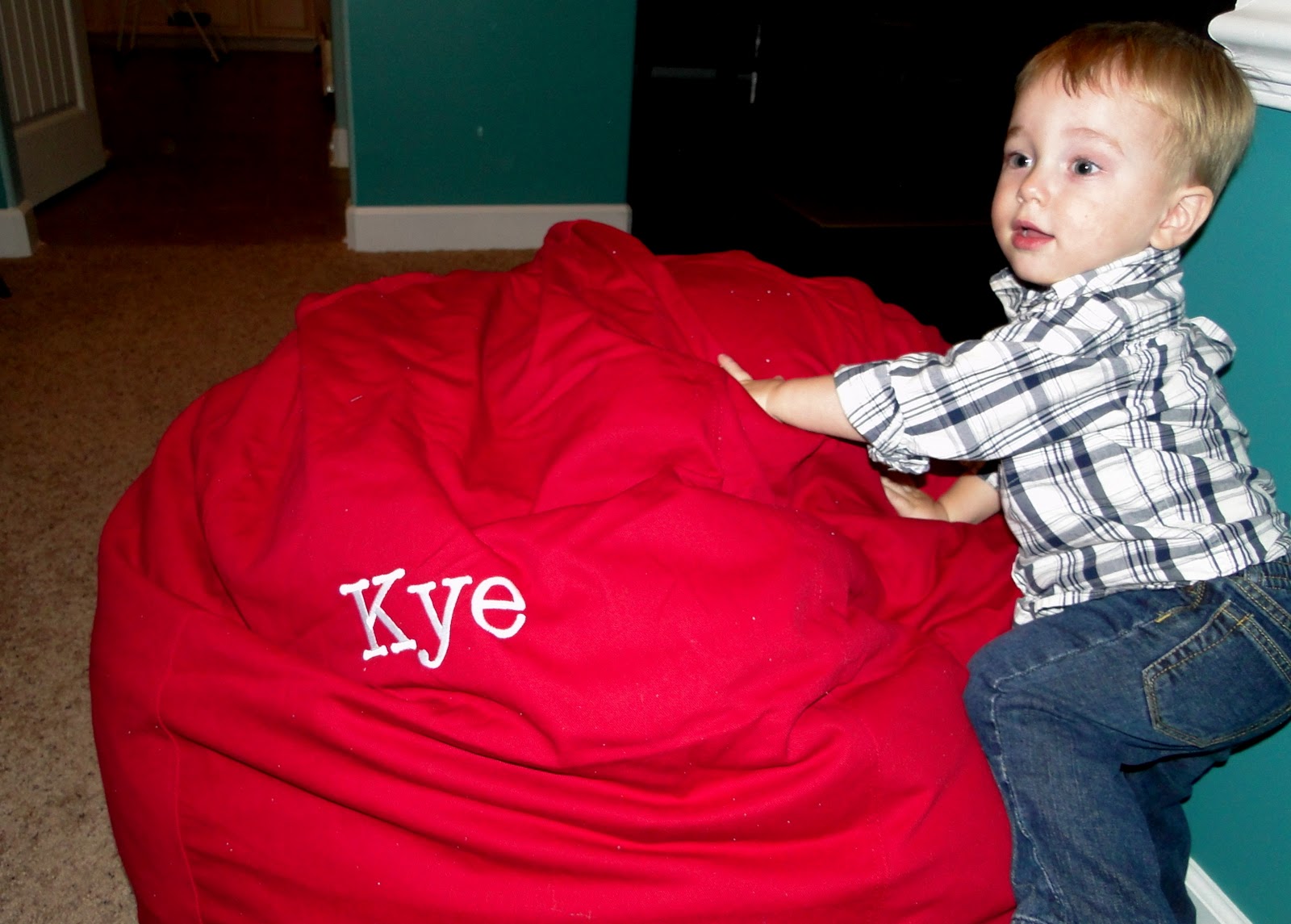 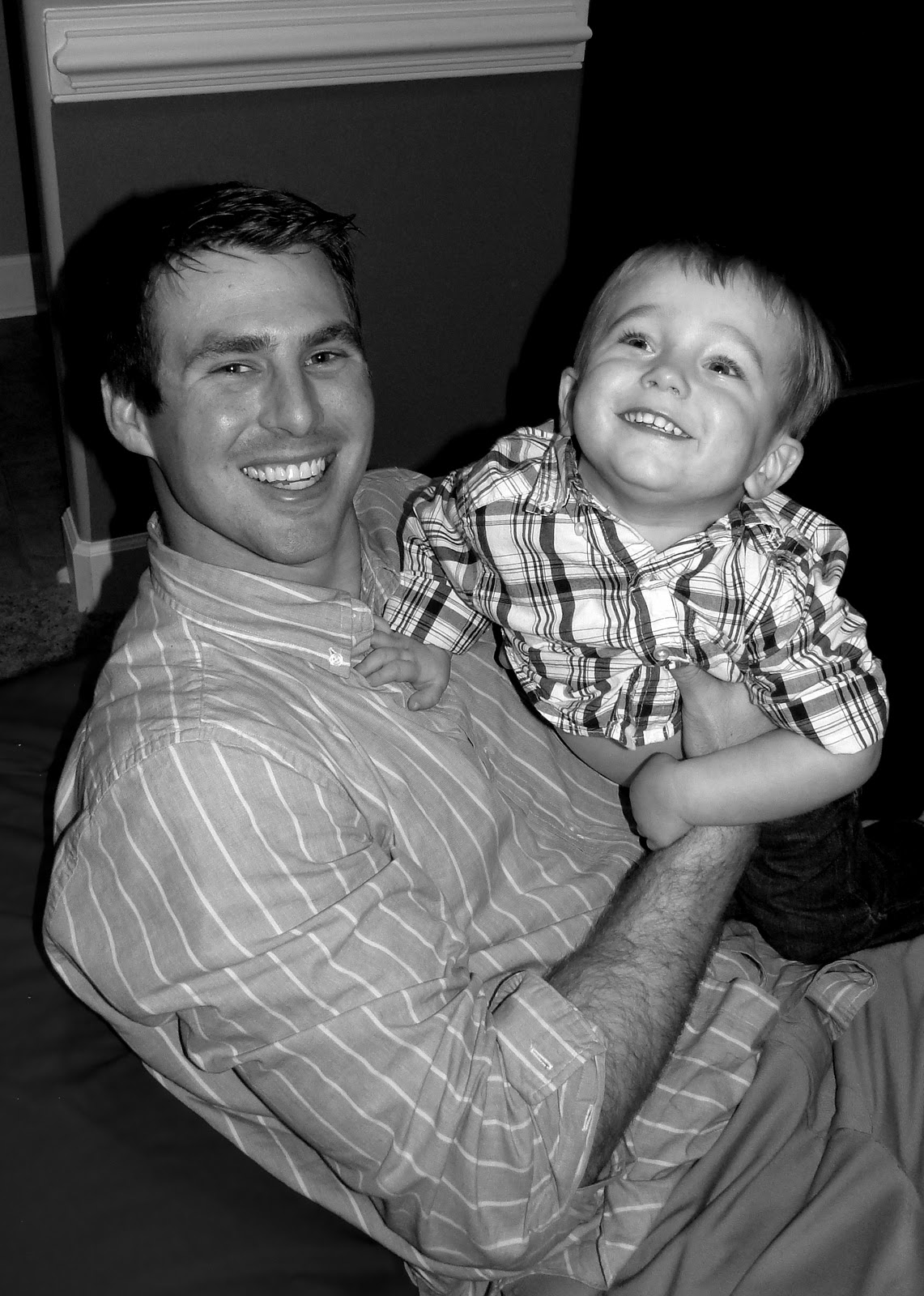 (see Stephanie, we do have dogs!) 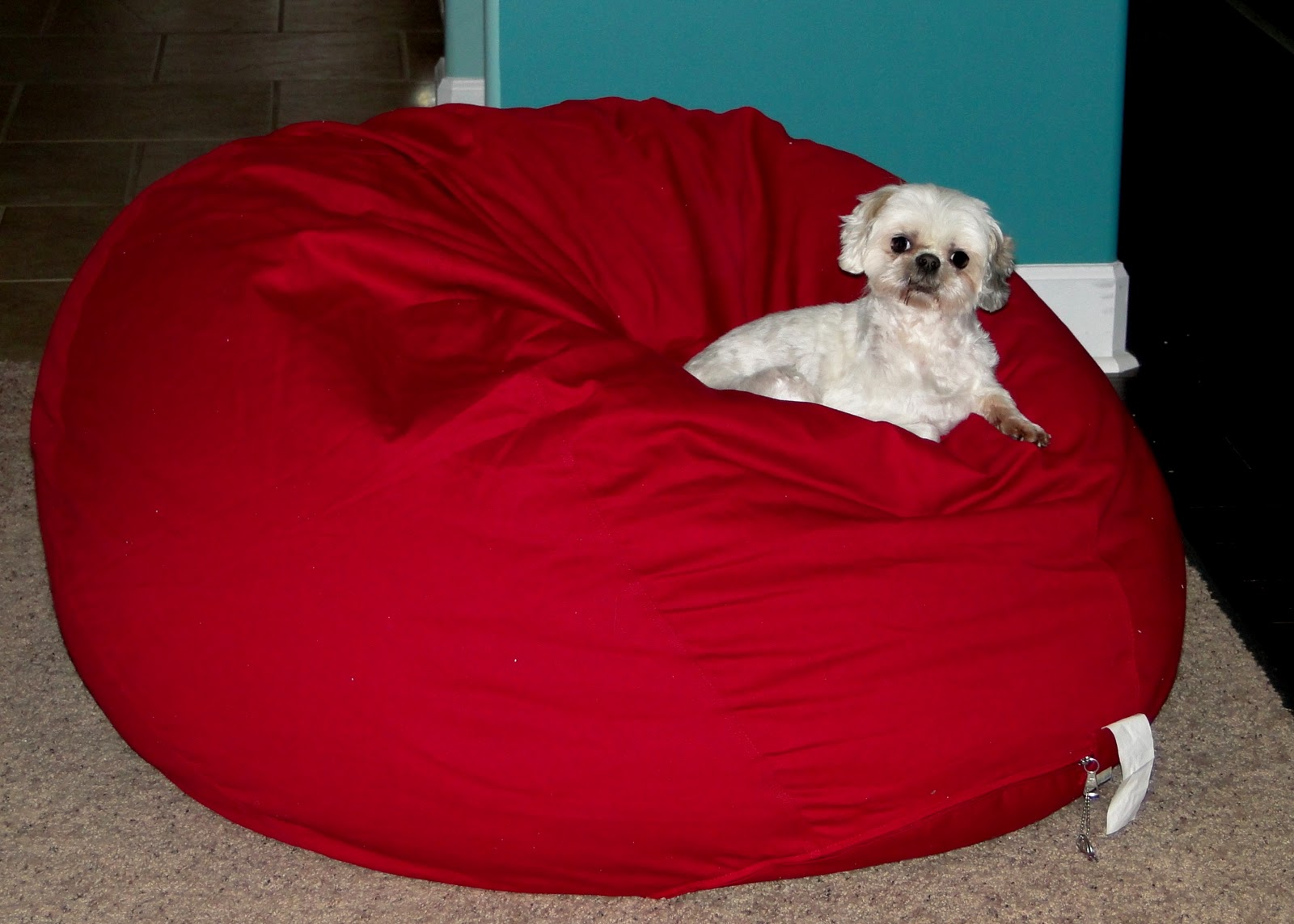 Now that we are settled into what we think will be our forever home, I want to make sure we track all our kids heights each year on their birthdays. It kinda stinks that we missed out on Kye’s 1 year height, but we’ll have ALL the years to come!!! We decided to do it on the door frame going to the laundry room so it’s not super noticeable or tacky. I LOVE it!!! 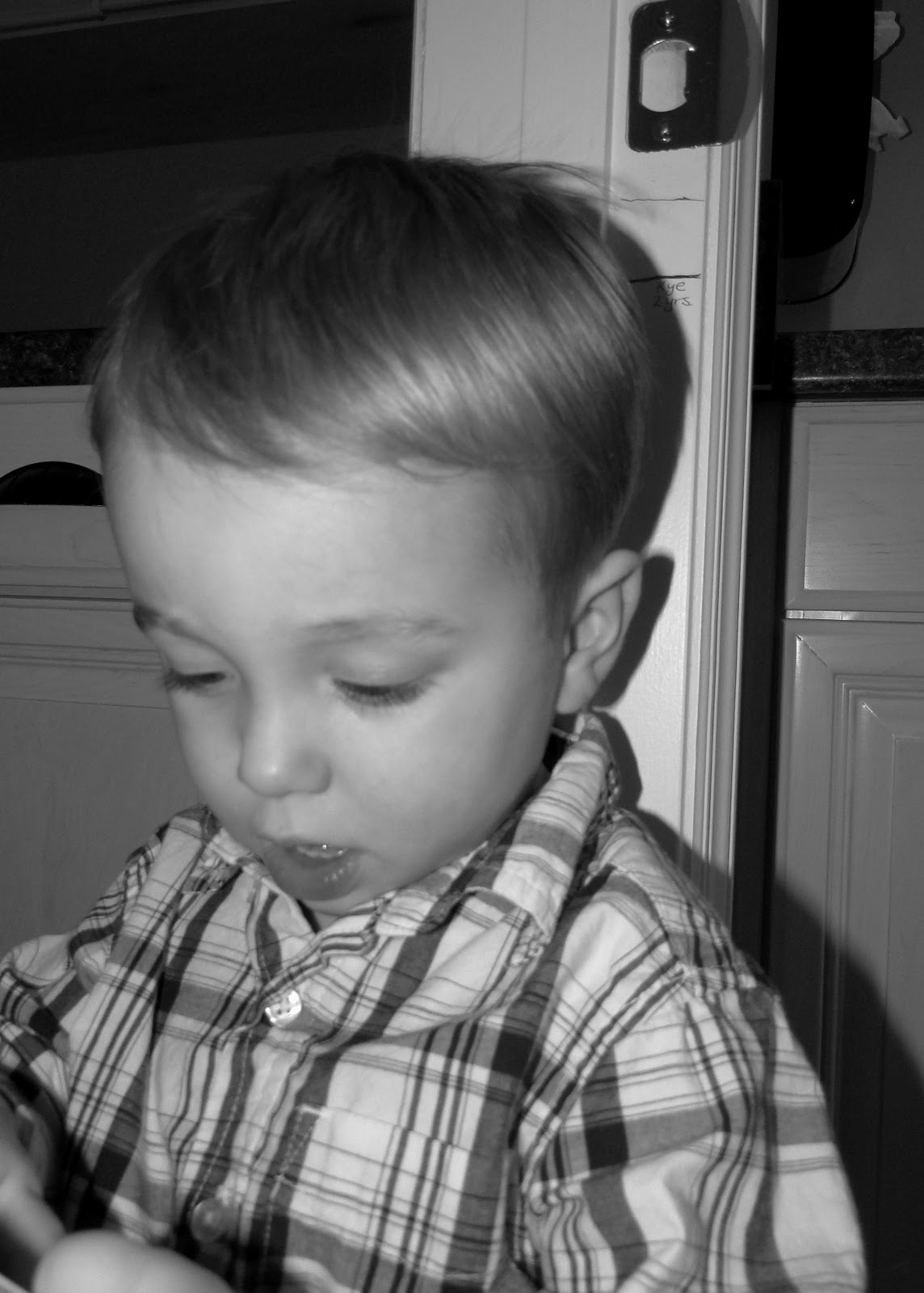 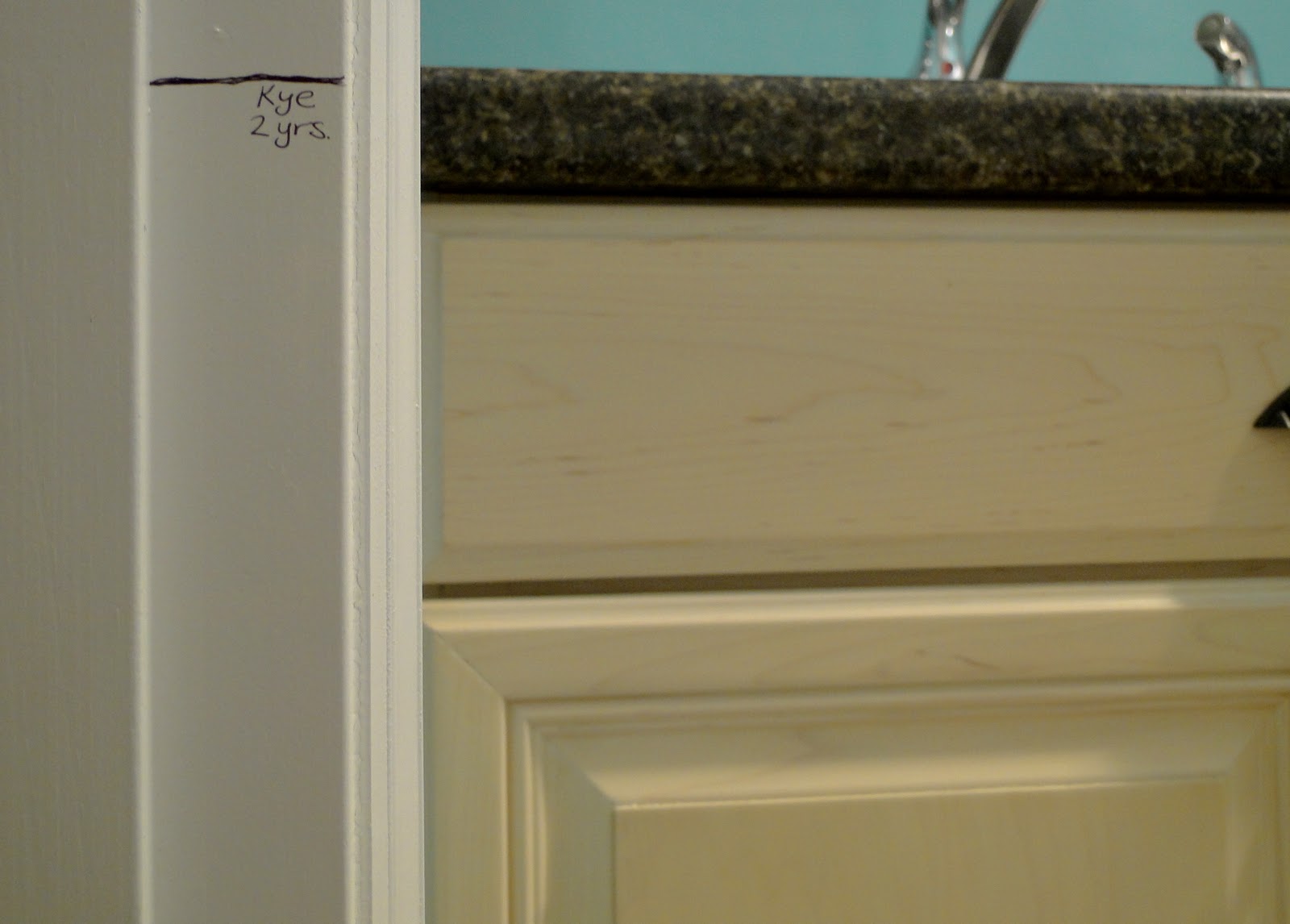 That night Zach and I spent lots of time getting everything party-ready so Saturday would run smoothly. When Mom came over Saturday morning she wanted Kye to go ahead and open his gift from her. He LOVES the Woody and Buzz toys

from Christmas and “needed” Bullseye

to go with the set. 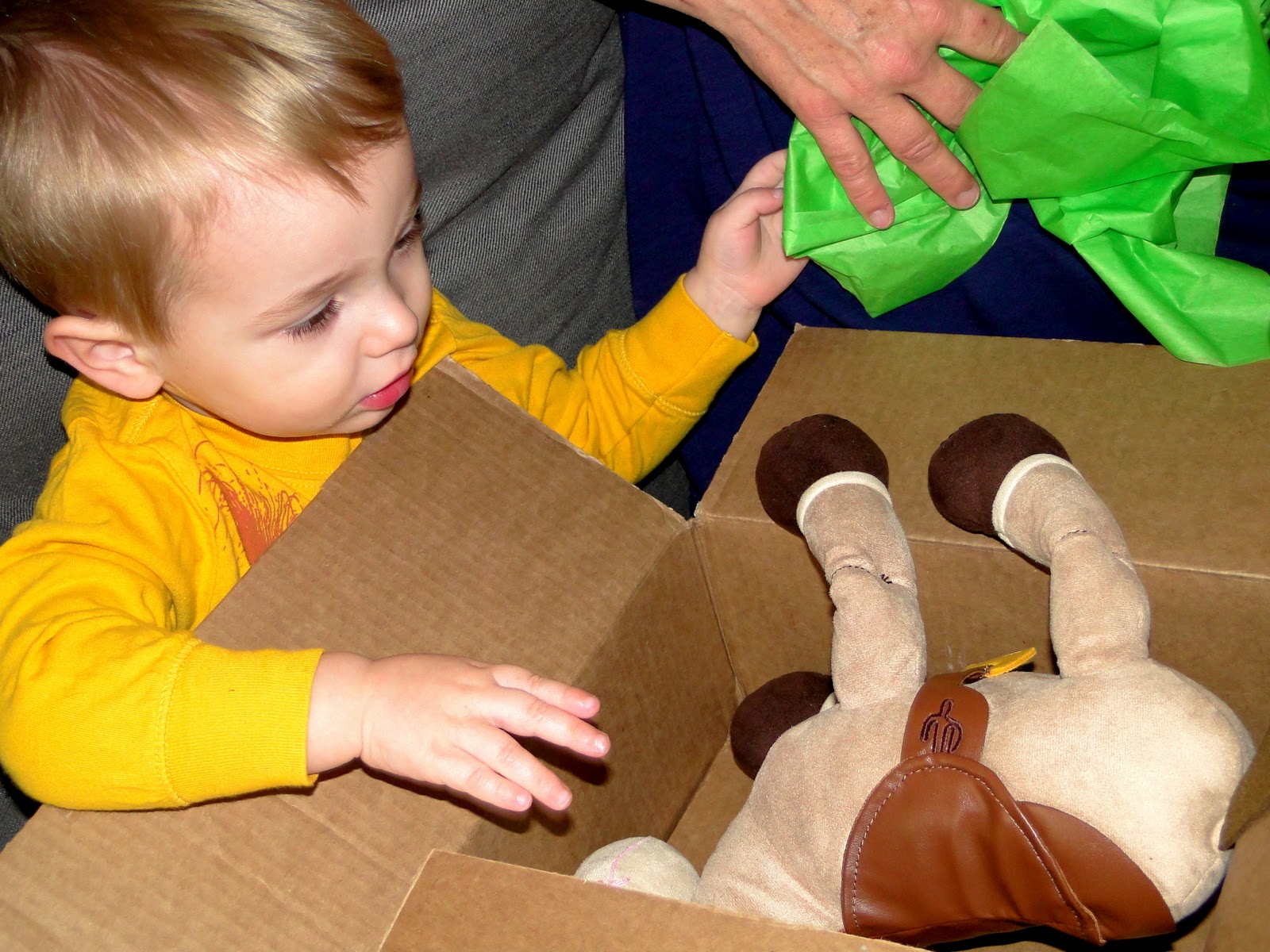 Isn’t it too cute?!? He enjoyed playing with his new friend before his BIG party! 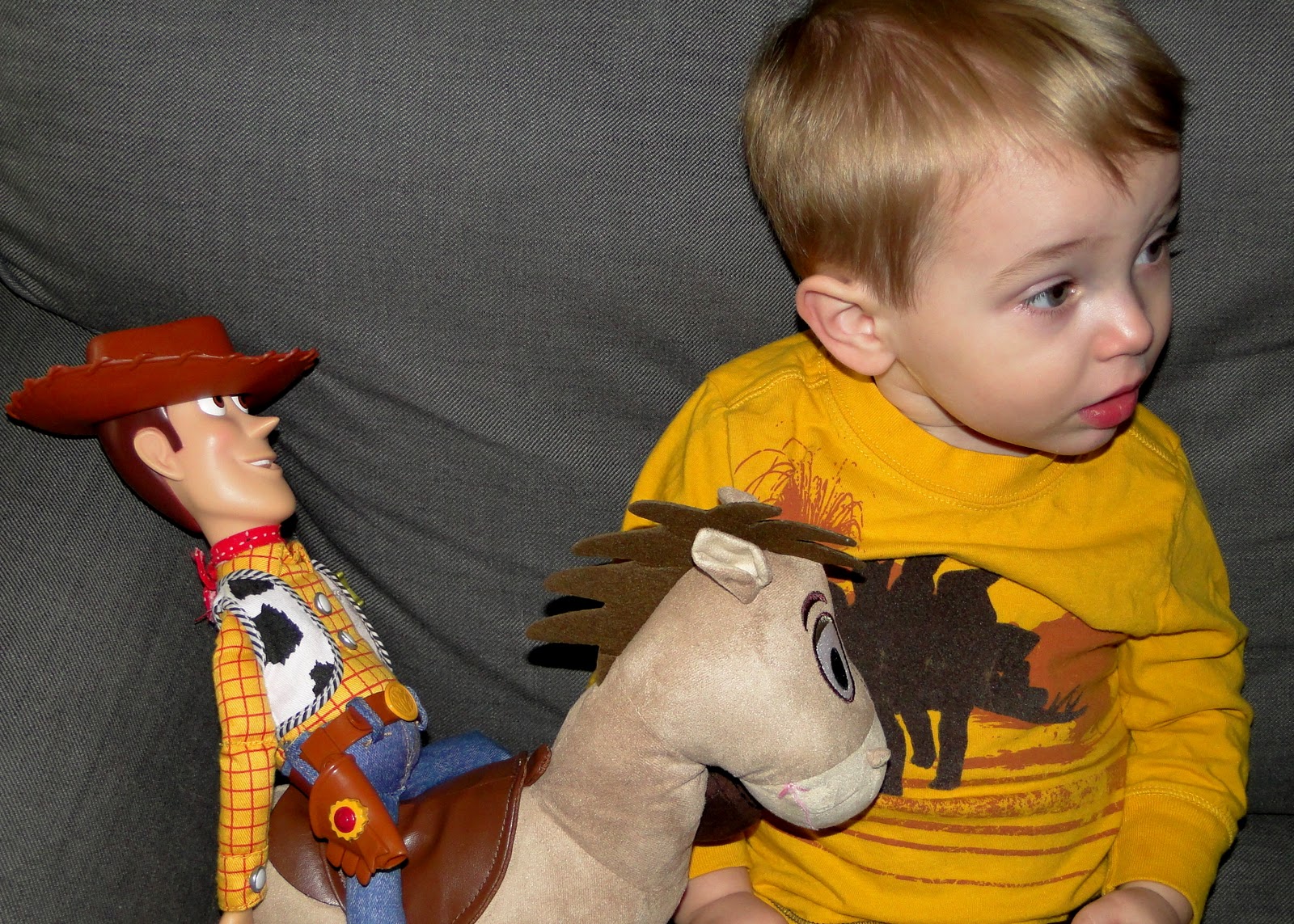 He had an awesome birthday and it wasn’t over yet!