A couple years ago we took both Kye and Britt to the same appointment to get checked out. I think it’s wonderful that our dr office offers combined visits, but it’s not something I plan on doing again. Now that the big kids only go once a year I want to really be able to focus on the individual child and make sure everything is covered in that visit!

Kye’s 6 year check-up didn’t include any shots so Zach stayed home with the girls and I took Kye solo for the appointment. He’s such a sweet daddy and loved getting to play with them! 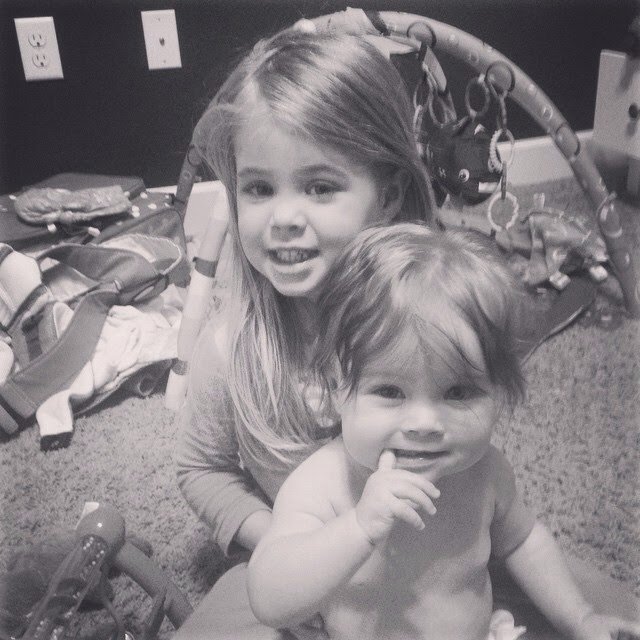 Just like in Britt’s visit, I had to fill out another questionnaire that is issued by the government. It did help pass the time as Kye and I discussed all the things it said a child his age should be doing. It legit said a 6 year old should only be able to name at least 4 colors and be able to write some letters?

They did his weight and height measurements right at the beginning. I was a little nervous about the height. Last year we got cleared from needing to get checked anymore regarding his growth delay stuff. He had grown 3 and 3/4 inches in just one year! While I was thankful for that growth…I was nervous that it’d mean he wouldn’t grow enough this year and we’d be dealing with the whole mess all over again! The “goal” is to have children see a 2 inch growth in height each year. Thankfully Kye went from 42 3/4 inches last year to 45.5 inches this year. So almost 3 inches in growth!!!

Milk was our big topic of discussion. We continued giving him a decent amount of milk this past year due to the growth delay stuff and the advice of both our pediatrician as well as the growth doctor. Milk ain’t cheap. Especially because we use organic. And Tess is about to enter the milk drinking world too so we’d LOVE to cut back on Kye’s milk drinking.

She and I discussed how his BMI is probably a tad higher due to the milk drinking but it’s also what is probably helping us see the consistent growth in his height. So we decided to give him half a glass of milk at each meal and if he drinks it all he then gets water. It cuts down on the milk intake but we also have to make sure he’s drinking 2% or whole and not skim. She said she’d recommend 16 oz a day of milk and then 2 additional servings of some type of dairy (we do yogurt and cheese often).

Kye did great on his vision test. My eyes have been bugging me and I stood behind him and took the same test mentally to myself and I did awful. I’m putting off going to the eye dr until I’m done nursing though as I have often had a change in vision while breastfeeding. I was glad he got 20/20 vision on his screening! I was planning to take him to the eye dr at age 6 since I got glasses at a young age myself but will probably wait until they suggest a need for it at his yearly visit.

Although I may just go ahead and take him when I will probably need to take Tess. I showed the PA the pics of Tess’s eye and discussed it with her in depth. Her son had something similar and it improved at 12 months old so we may just wait until then. She said it’s called Ptosis and I just now looked it up while I’m writing this and reading about it has me FREAKED OUT. I will still probably wait until her 12 month visit but I can’t imagine not taking her into the eye dr to be seen…hers is NOT a bad case AT ALL but if there is something we need to be doing to help correct it and/or prevent it from getting worse or affecting her vision then I’m ALL for going to the dr with her! It wouldn’t hurt just to take her in and be seen by someone who specializes in the eye! If nothing else, I’ll have a peace of mind about it 🙂

I had her look at Kye’s toenails. I know it’s random but since he was a BABY his pinky toenails have been so close to the skin. It’s a little painful for him when I trim them and I always have this concern that he’s going to get ingrown toenails. I don’t honestly even know what ingrown toenails exactly are but I assume it’s when the nail grows into your skin? And that freaks me out haha. She said to keep them trimmed short like I do and that they seem fine. She probably thinks I’m nuts huh?

Another big thing I wanted to talk to her about at this visit were seizures. When my brother was in kindergarden he fainted at school and had a seizure. He went through a phase for awhile where he’d have seizures and they found they were caused by pain. I have no idea if that stuff can be hereditary or not but I just mentioned it to her to have it on his chart in case something does come up. All I can really do is keep an eye out for it. Thankfully I remember my brother having them and am pretty confident that I’d stay calm if it were to happen to Kye. Hopefully it won’t though!

I meant to ask her about some little bumps Kye has on his arms…almost like little pimples? But I forgot to ask. I also forgot to have her look at his moles. But we did a skin cancer screening and had him looked over then and he’s fine. Zach’s family has raised moles and both Kye and Britt have a few already! It’s funny b/c I have one on my neck and Kye has one in the same spot. Zach has one in his hairline and both Kye and Britt have one in the exact same spot of theirs too! We’re just a bunch of Mole Twins 😉

She was very impressed with Kye’s vocabulary and commented about how inquisitive he is. It was nice just having him there and allowing him to shine 😉 We had a pretty long wait and enjoyed the time together. I didn’t bring any toys or anything with me. We just talked and visited. We talked a lot about the different colors of flags on the doors of the rooms and what they all meant. So when the PA came in she explained it all to us! I love that they never, ever make us feel rushed and I truly leave there feeling like they got to know me and my children!

He had to pee in a cup to get it checked and it was funny because he asked what “urinate” means haha. I did help him to make sure he got it in okay, he thought the whole thing was pretty hilarious. Which I mean I still think it’s funny too. I always feel bad for the person who checks the pee. So gross, right? I’m sure if you work in the medical field every day then you probably don’t even think about it! 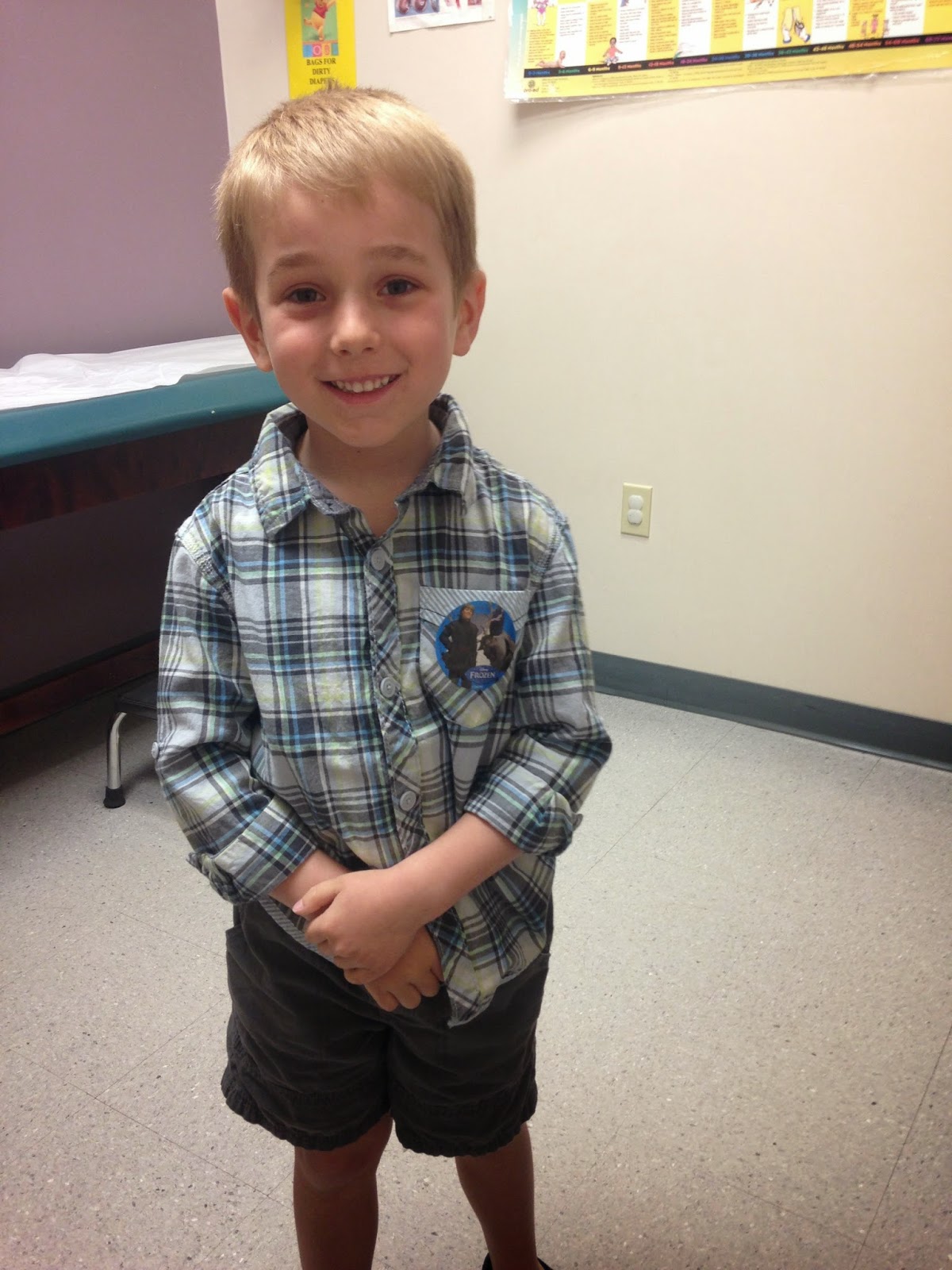 He got a sticker and a prize 🙂 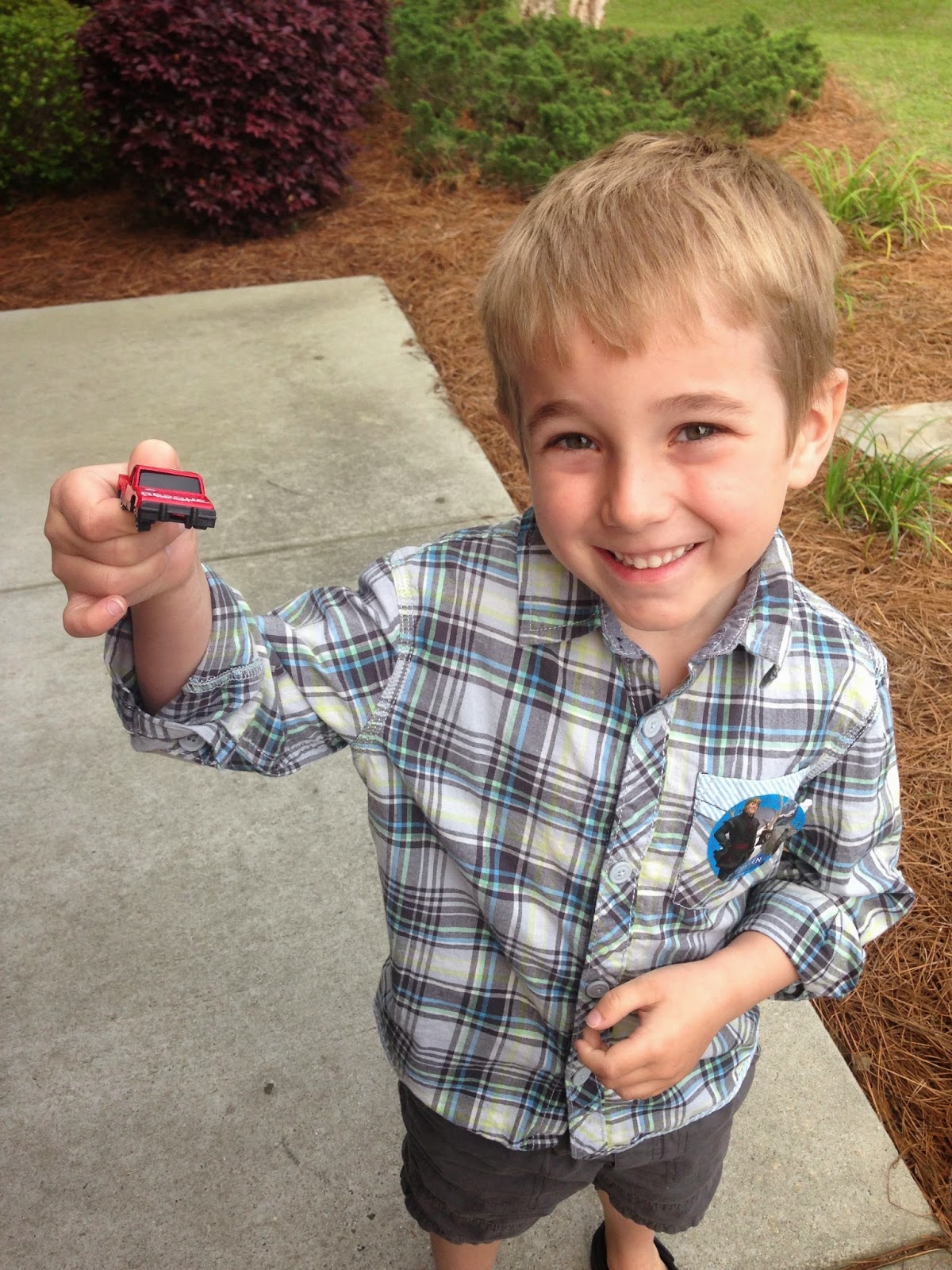 When I got home I couldn’t help myself. I headed over to the Height Predictor just to see what Kye’s predicted height is now with his new measurements. When he was 2 it predicted he’d be like 5’9″. We learned at his 4 year visit that he had some growth delay stuff going on (his bone age is younger than his actual age…when he was 4 his bone age was that of a 2 year old). Now that he’s out of those concerns I put in his current stats and the height predictor now says he’ll be around 6’2″ at age 18. Zach continued growing past age 18. He was 6’4″ at 18 years old and is now closer to 6’6″. Assuming Kye follows the same pattern he could be around 6’4″. Who knows how accurate it is but, hey, it’s a lot better than the 5’9″ it said when he was 2! (Not that there is anything wrong with being 5’9″…my dad is like 5″10″ I think? But when your dad is 6’6″ I’d assume you’d prefer to be on the taller side!). 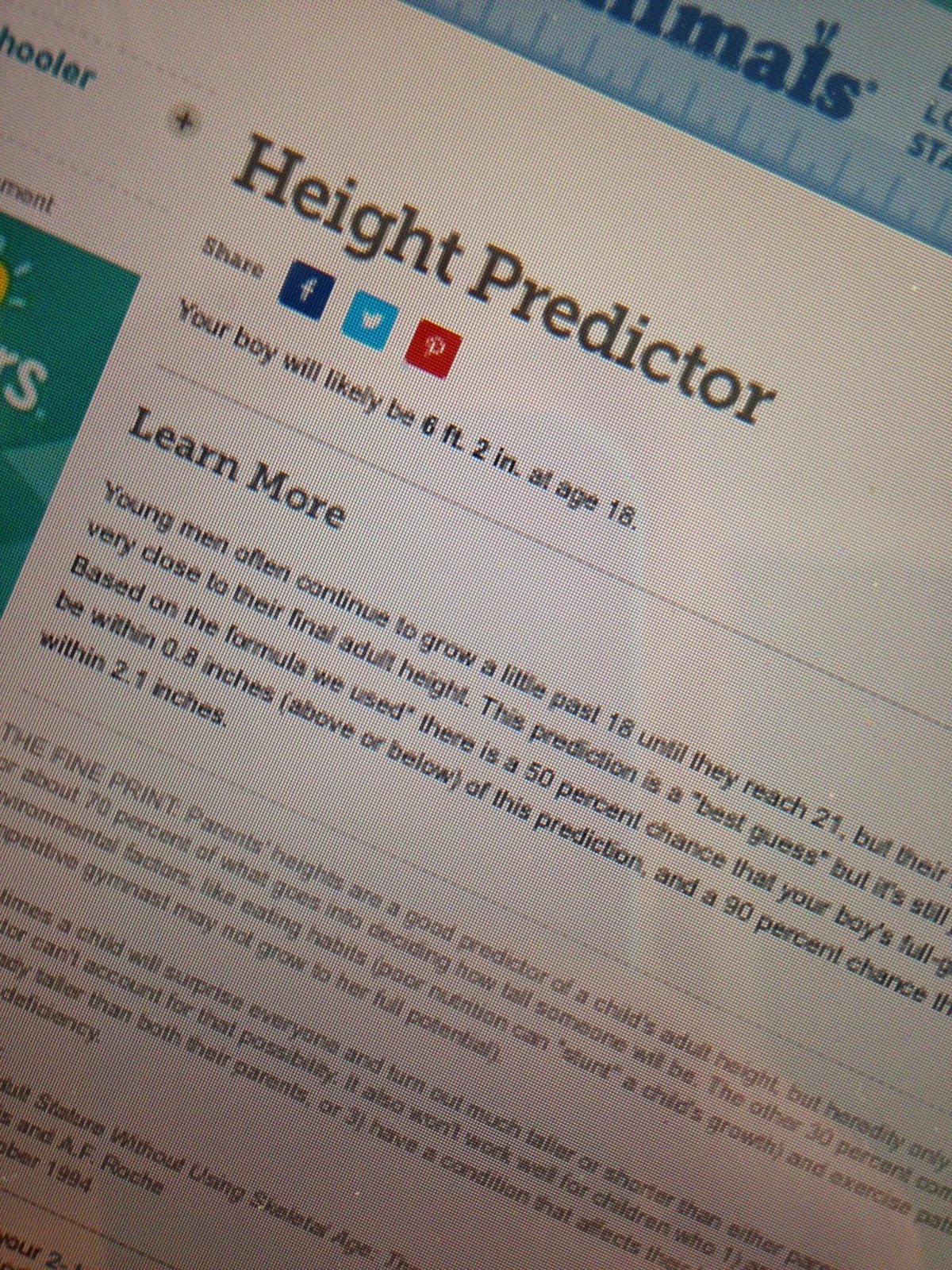 I’m probably rare in this but I really enjoy going to the kids well visits. I like getting to ask about my concerns and I enjoy getting to see their stats and getting to spend that quality time with them! Plus, what mom doesn’t love hearing how healthy her child is?!?! Always such a blessing and something I never take for granted!