It feels like I was just in school doing projects…and now I have a kid old enough to be doing them! Kye learned about community helpers in school and had to choose one to do a project about. He came home with the info and it said he had chosen fireman. Which didn’t surprise me in the least 🙂

Part of the project was to come to school dressed like the community helper they chose. We have TONS of costumes…but none that would work for a fireman. I tried to think of some inexpensive way to make him look “firemanish” and, duh, started searching Pinterest. When I saw the idea of turning a box into a firetruck I knew we had found a winner! First of all, it was a CHEAP idea. And second? I knew Zach and Kye would have a blast doing it together!

Zach and I are in trouble when it comes to school projects for our kids…you guys have seen the way we go all out for birthday parties. We both tend to go a little overboard. Kye’s firetruck turned out AWESOME! I dressed him in black pants and a red shirt. He wore a fireman hat we had and took Penny (my stuffed dalmation from childhood) with him because firemen have to have a dog 😉 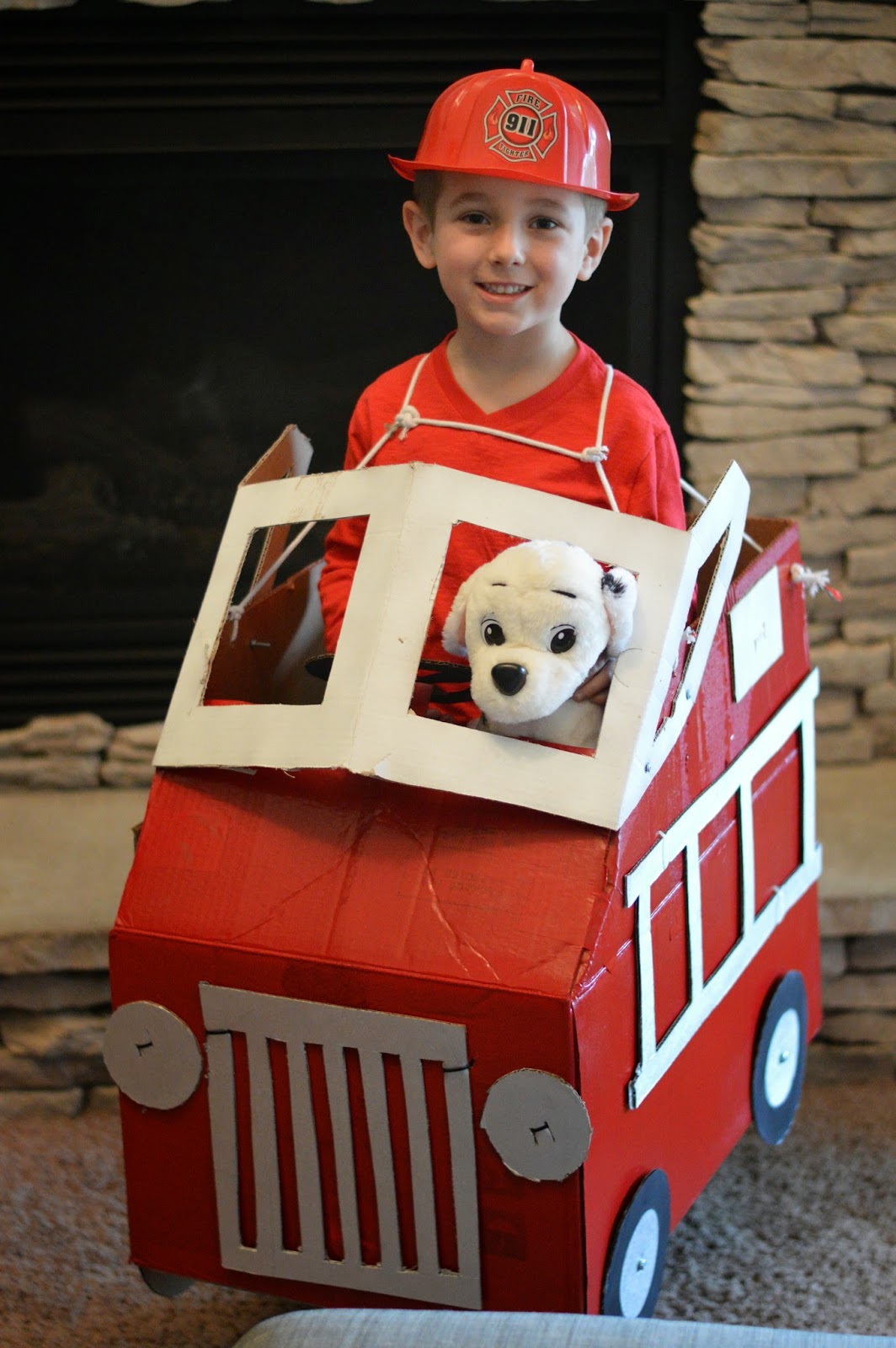 It even had a working steering wheel 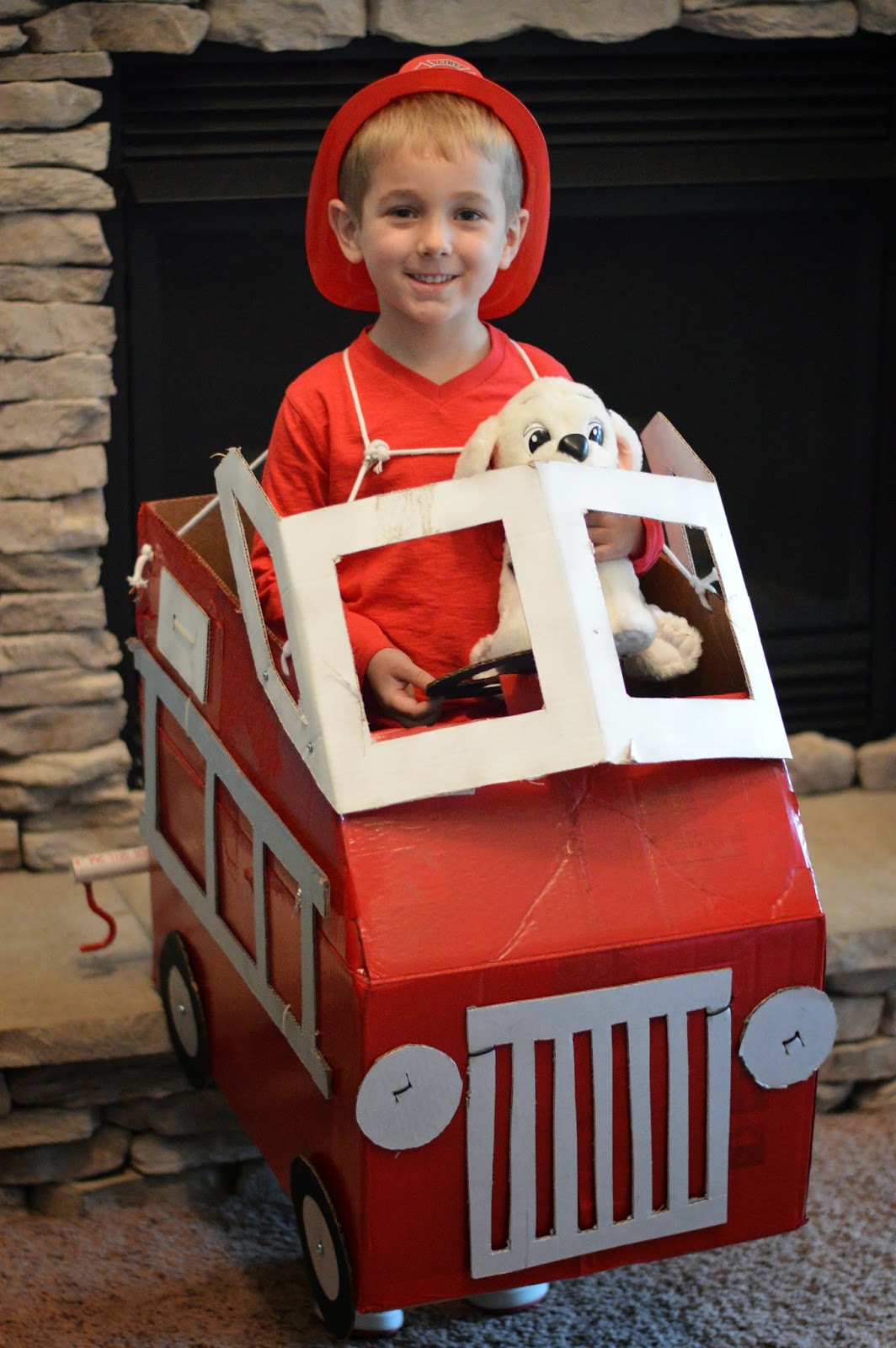 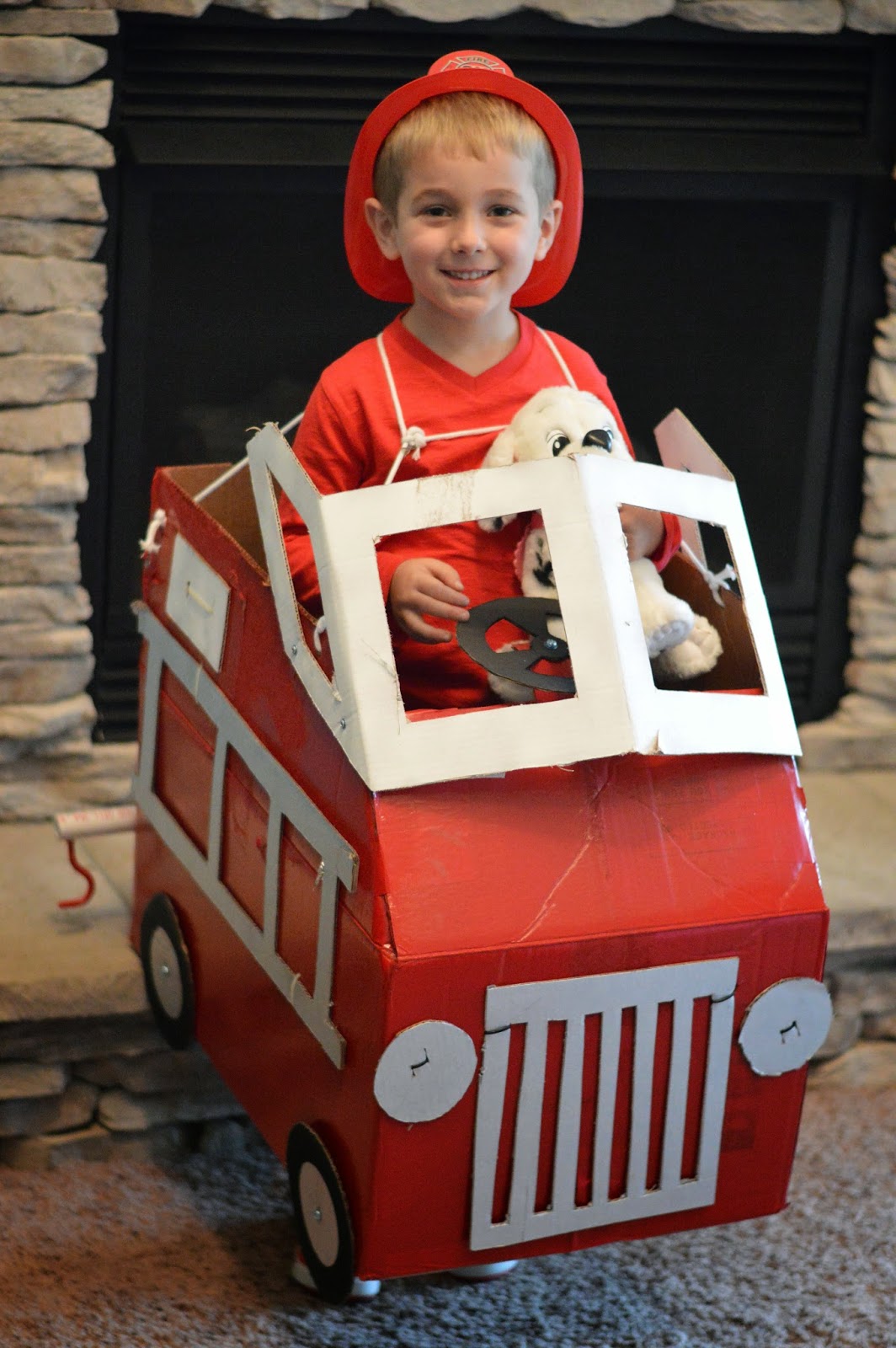 And a fire hose in the back! 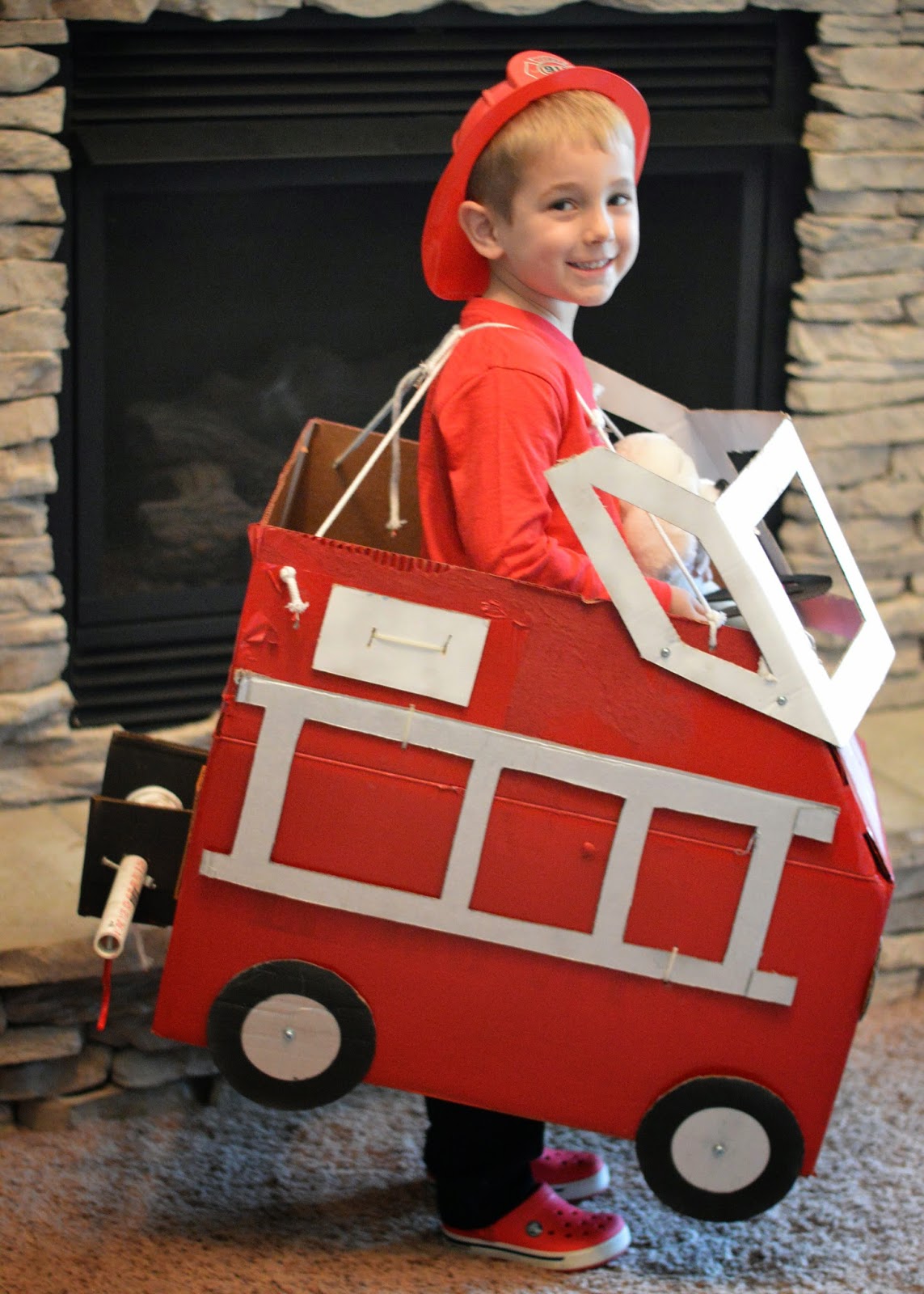 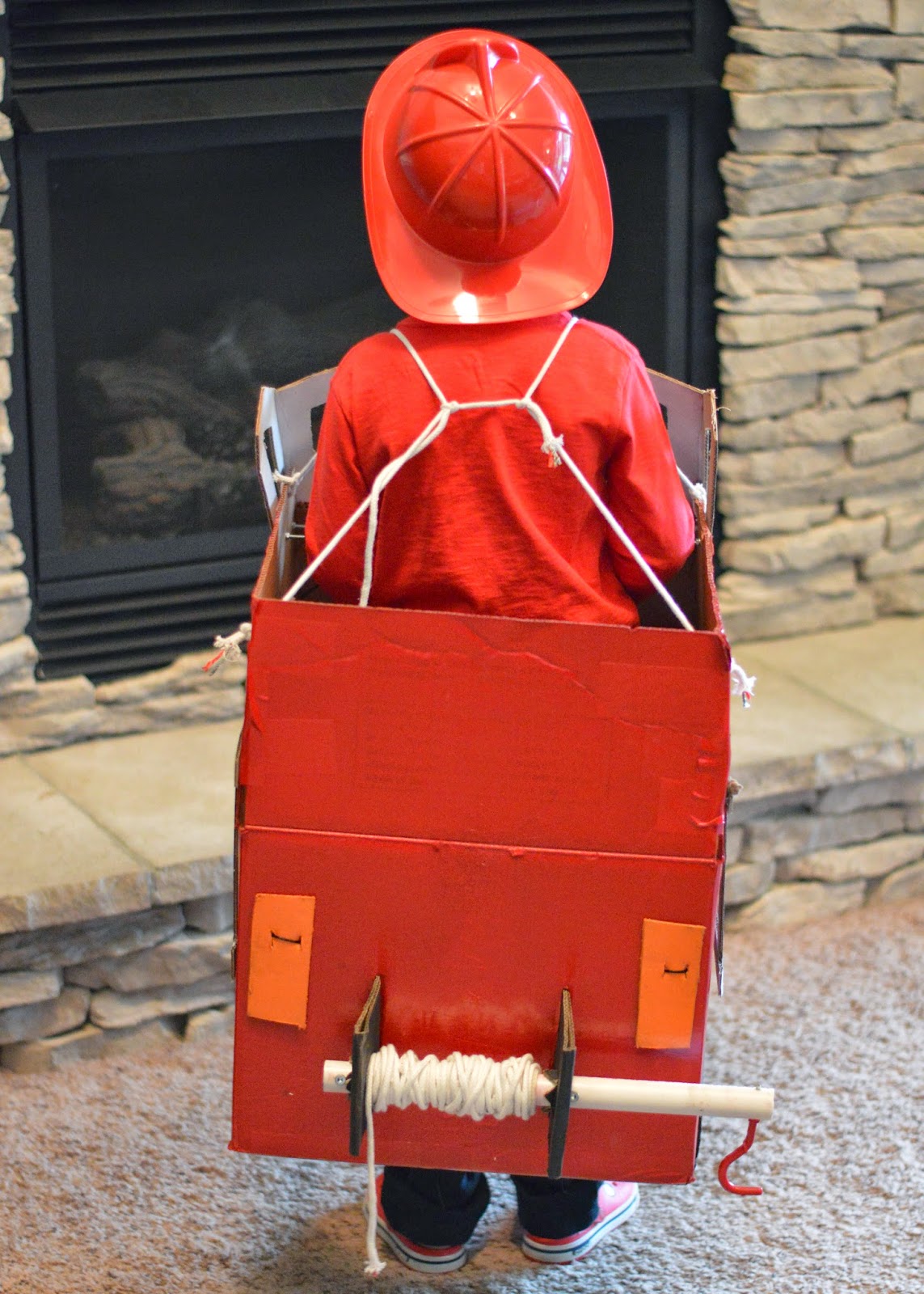 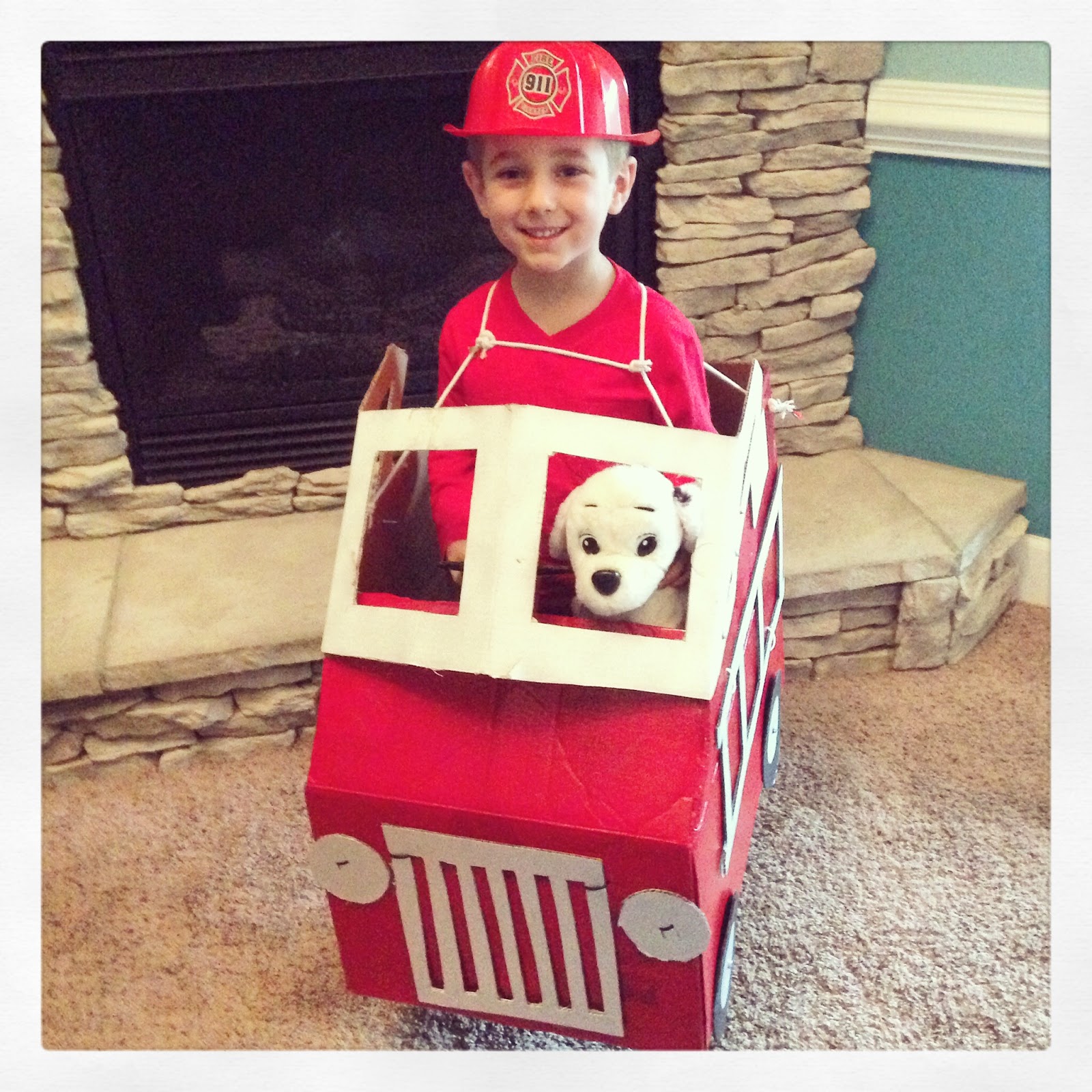 Britt wanted a picture with the fireman 🙂 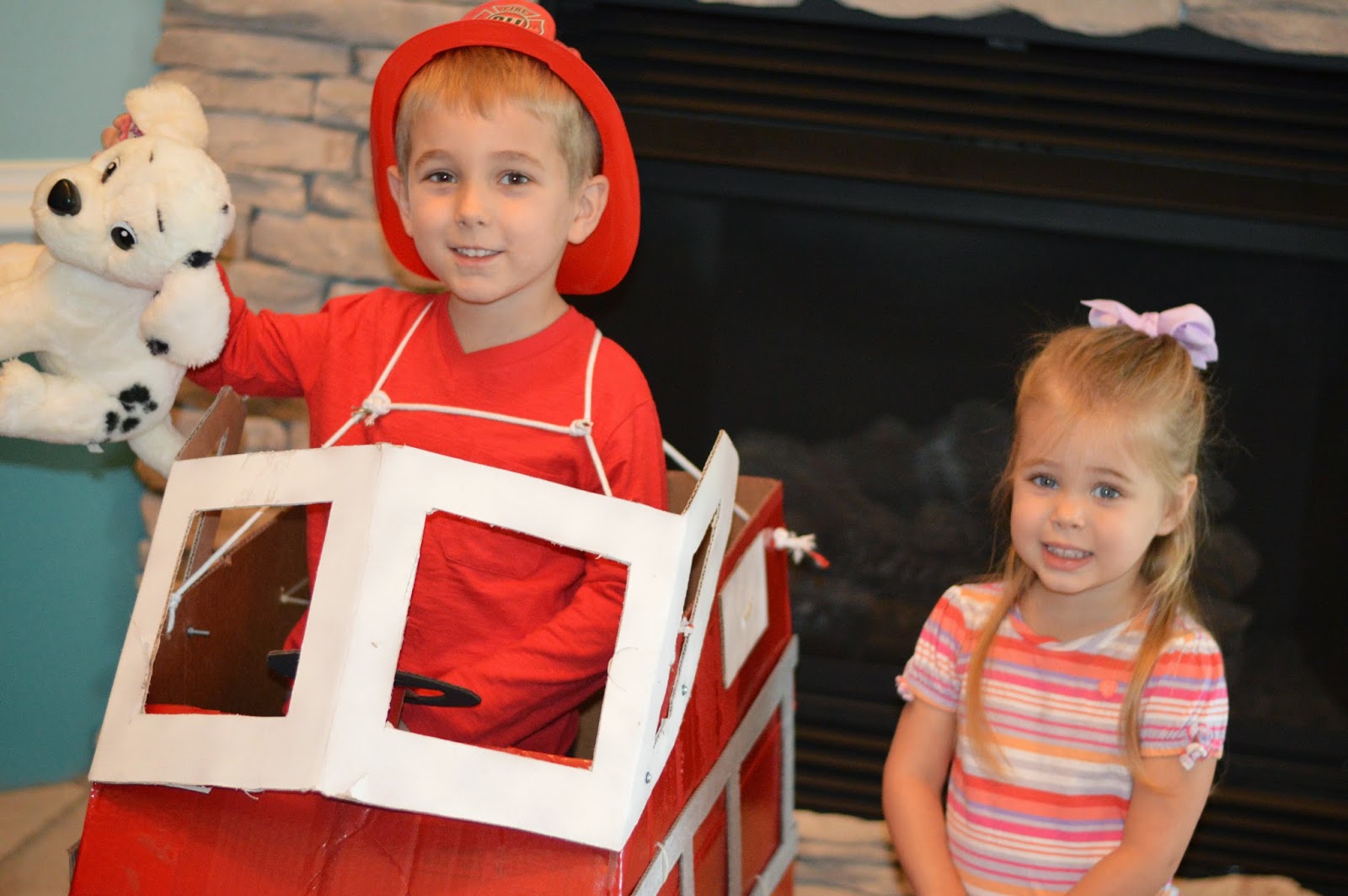 Showing off the hose 🙂 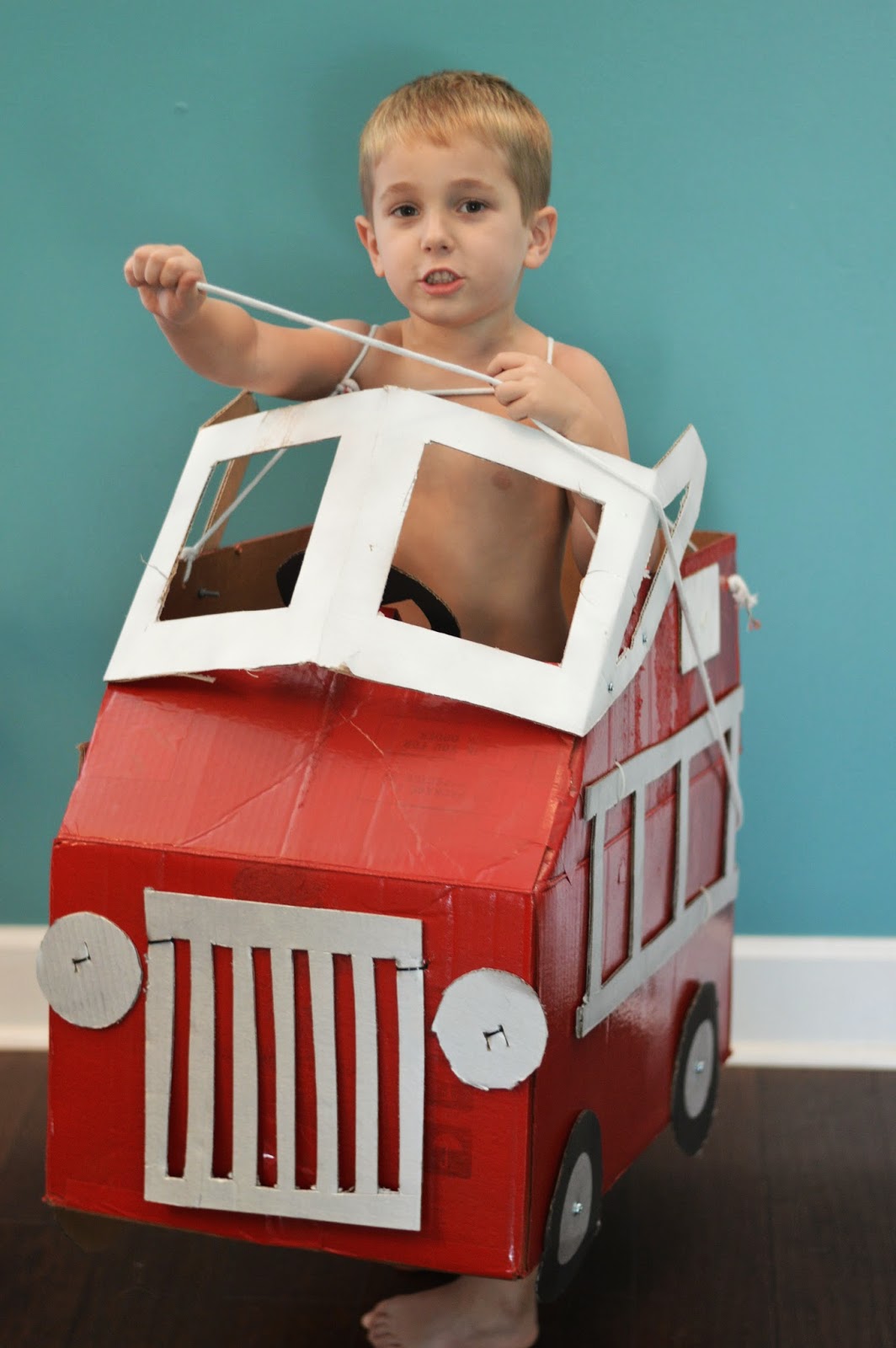 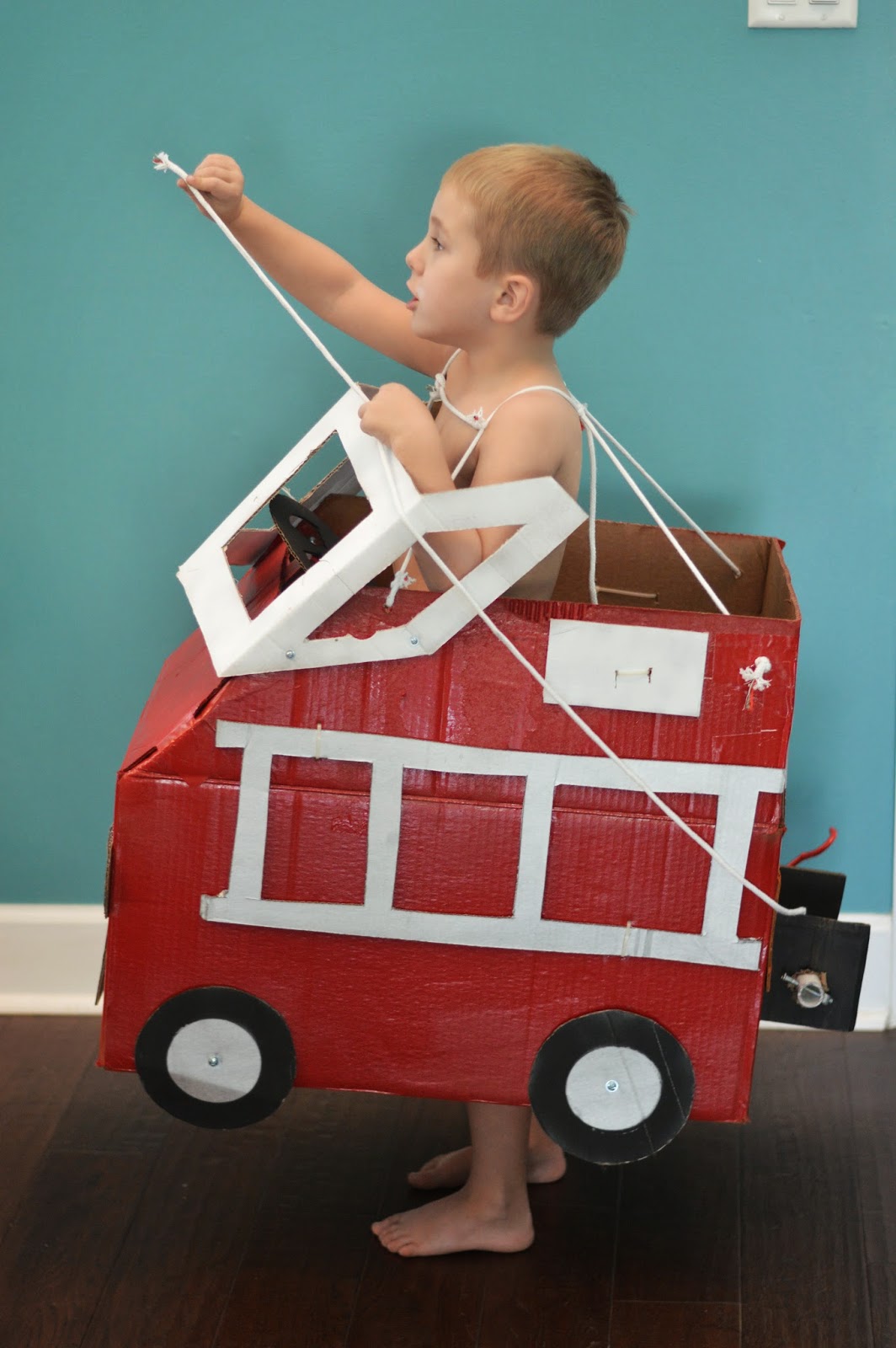 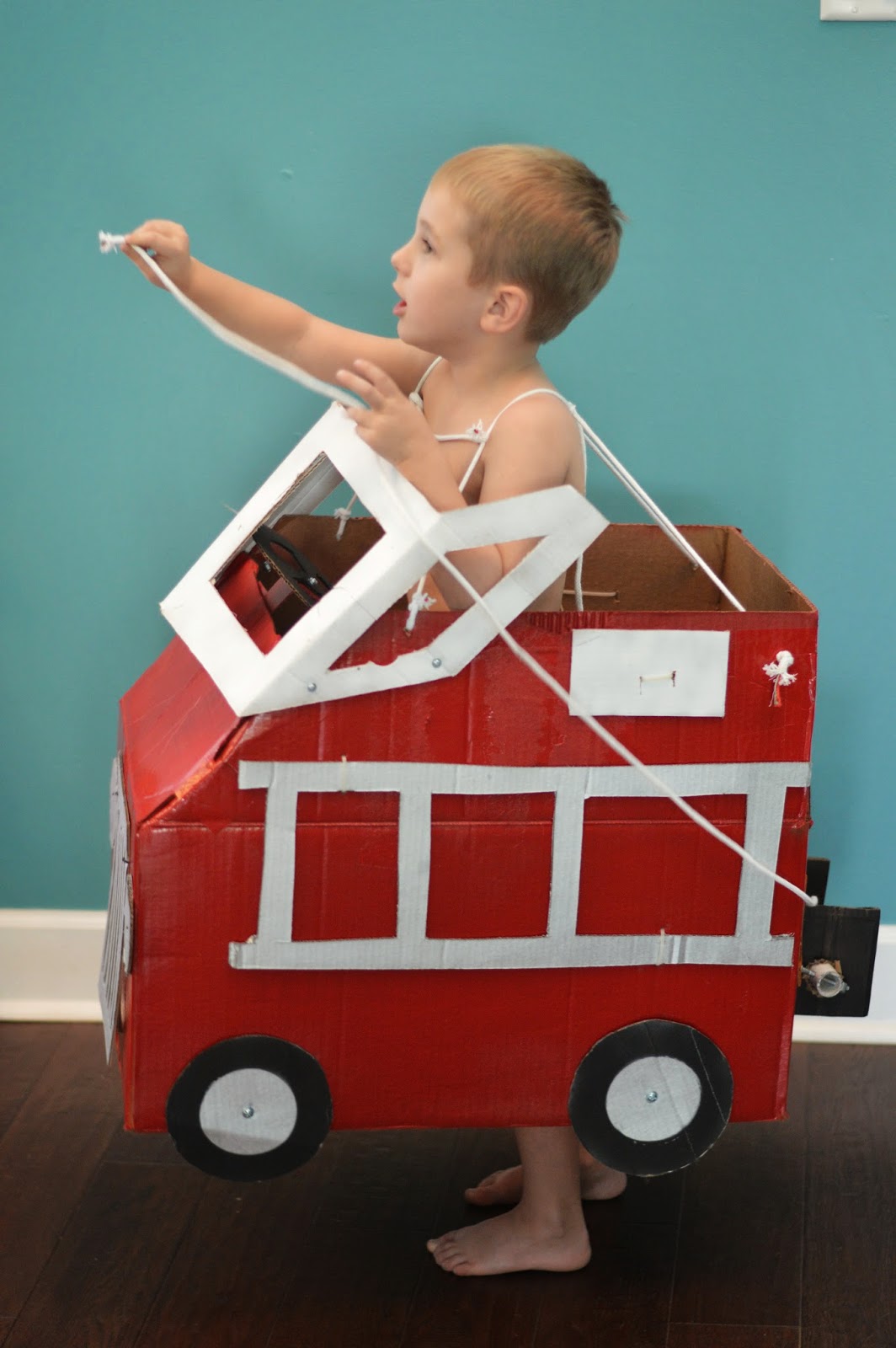 Kye practiced and practiced for his speech about the fireman. He had to include certain things about his community helper in his presentation. Here’s a video of what he said! I knew he’d do great and he ended up getting a perfect score! 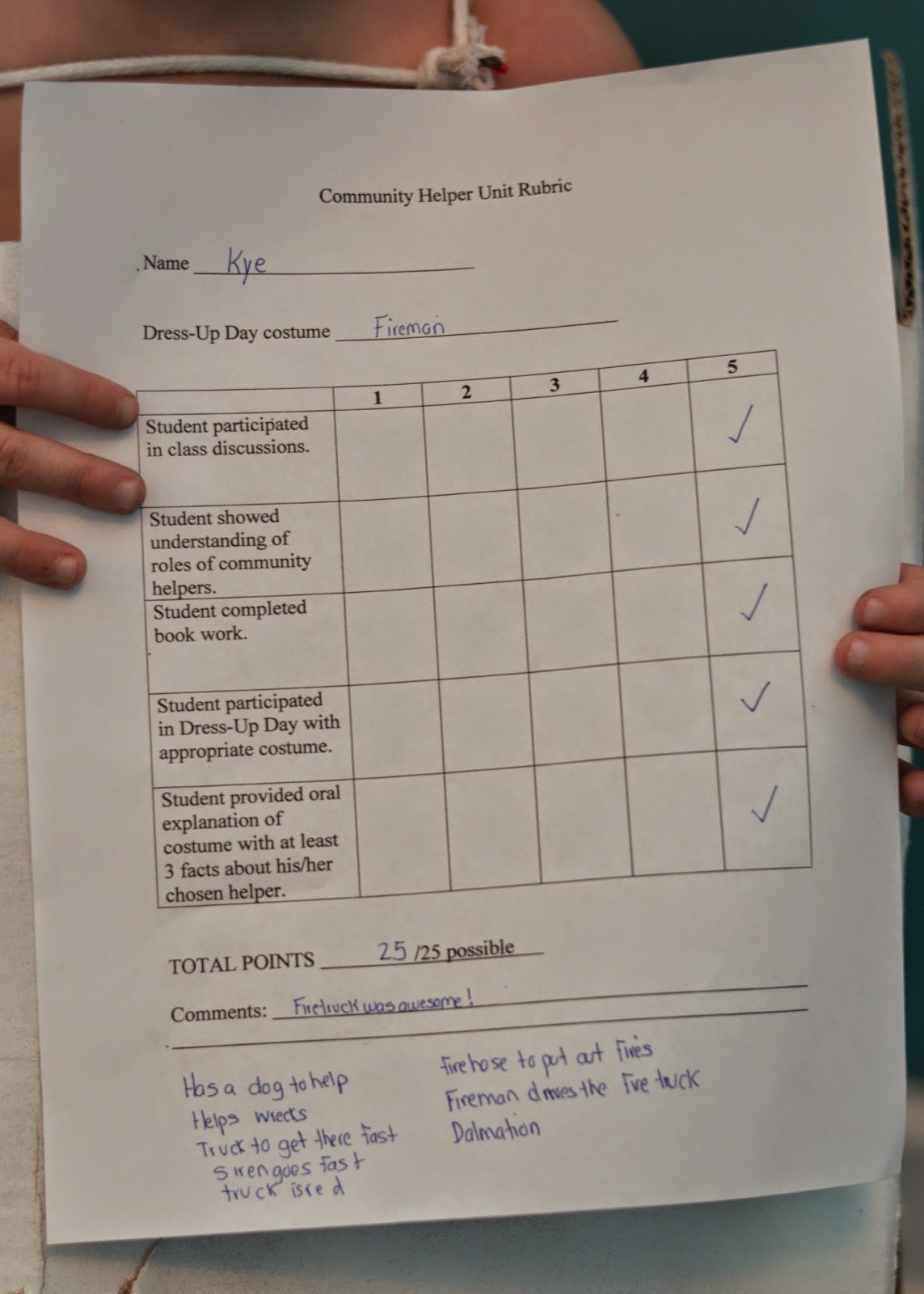