Growing up my mom took my brother and I camping a decent bit. I have such great memories of our times camping together and actually really do enjoy it! Zach and I went a few times prior to having kids (Side note: Our first dating anniversary he surprised me and took me camping at a vacant lot in our town. Not a camp grounds, just a random vacant lot. It was a sweet surprise but in Feb with very few blankets it was not a very enjoyable experience haha) but haven’t taken our kids camping yet. We are so hardcore about sleep that we’ve worried how they’d do.

Kye is at the age where boys he knows are in cub scouts and such so he’s heard a good bit about camping and really wanted to go! Zach has gone a few times (when he was a manager with Aflac he took his team a couple times) to a campground about 40 min away that has a TON of cool stuff to do so it’d be the perfect place for Kye’s first camping trip!

To be honest, my heart was sad to not be there. I like to be part of ALL of my kids’ “firsts” and this was a big one I wasn’t going to be a part of. However, I know how special it is to have that bond for Z and Kye. Mr. Rusty is Zach’s BEST friend. How awesome is that? I know that it’s important for Zach to build that relationship with Kye and I want them to be that way when Kye’s an adult too! Some stuff is just “guy stuff” so I stayed cool about it 😉

I got Kye his very own flashlight as a little gift from Mommy for the trip! 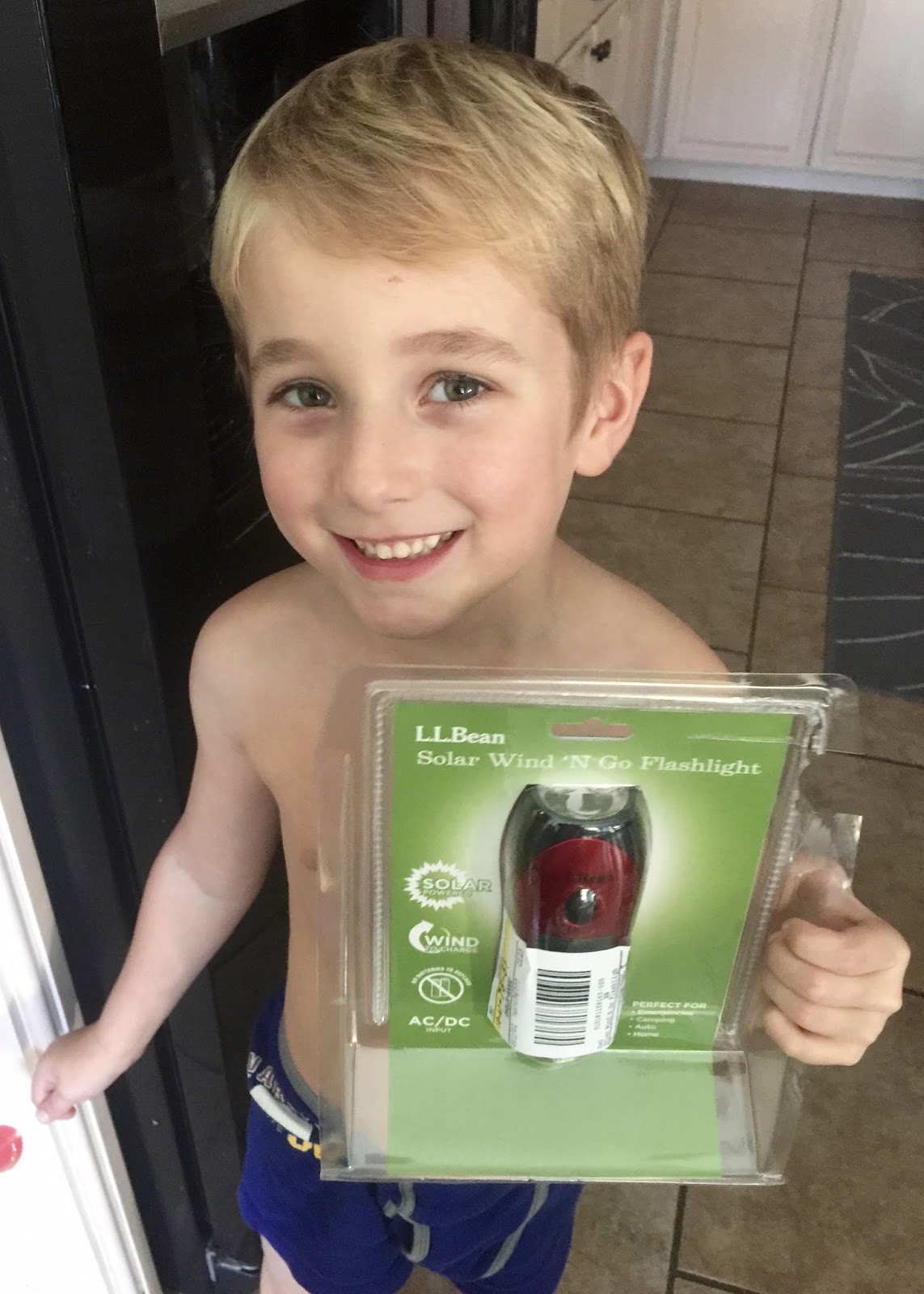 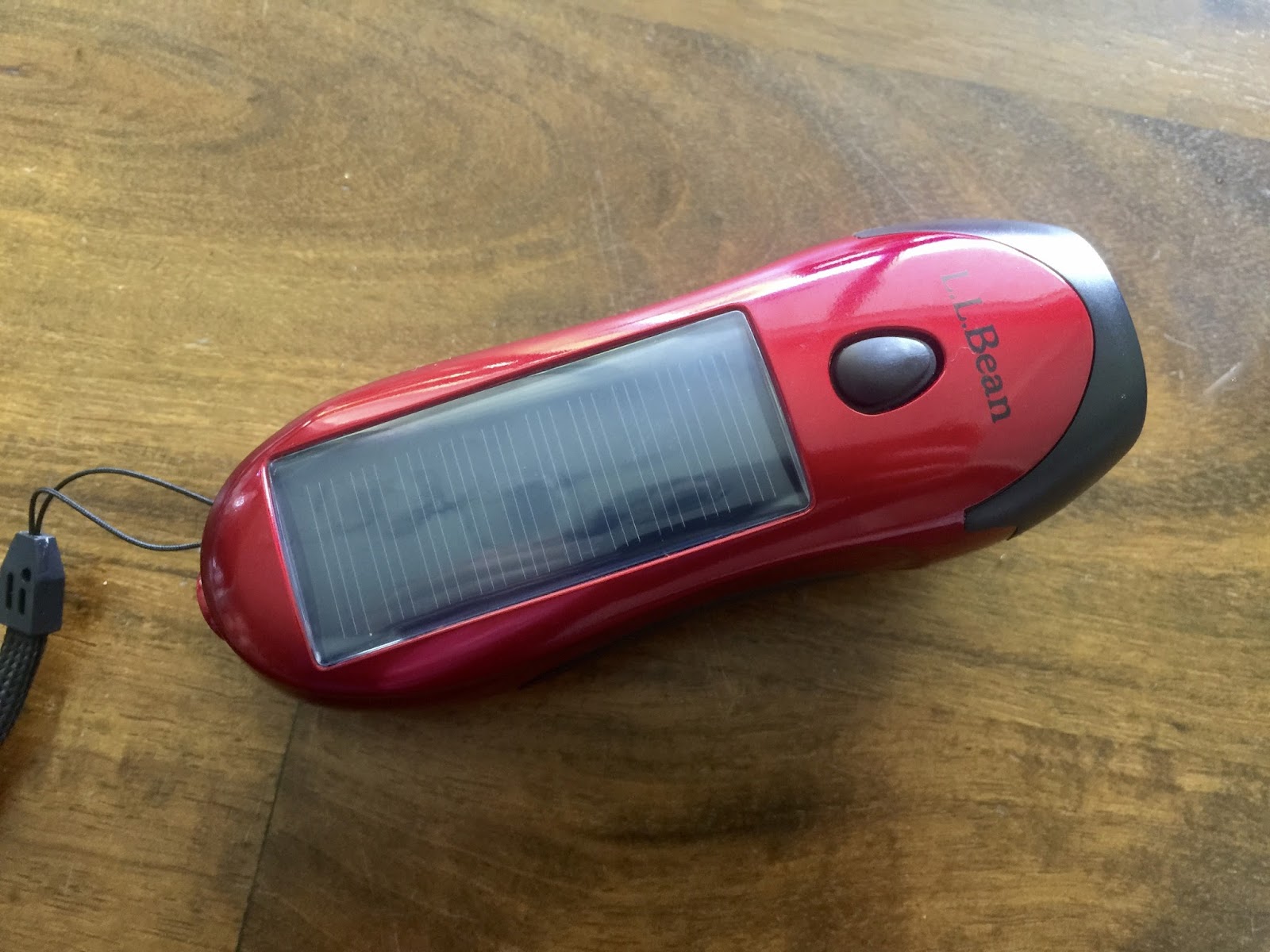 Picked out his own clothes for the camping trip… 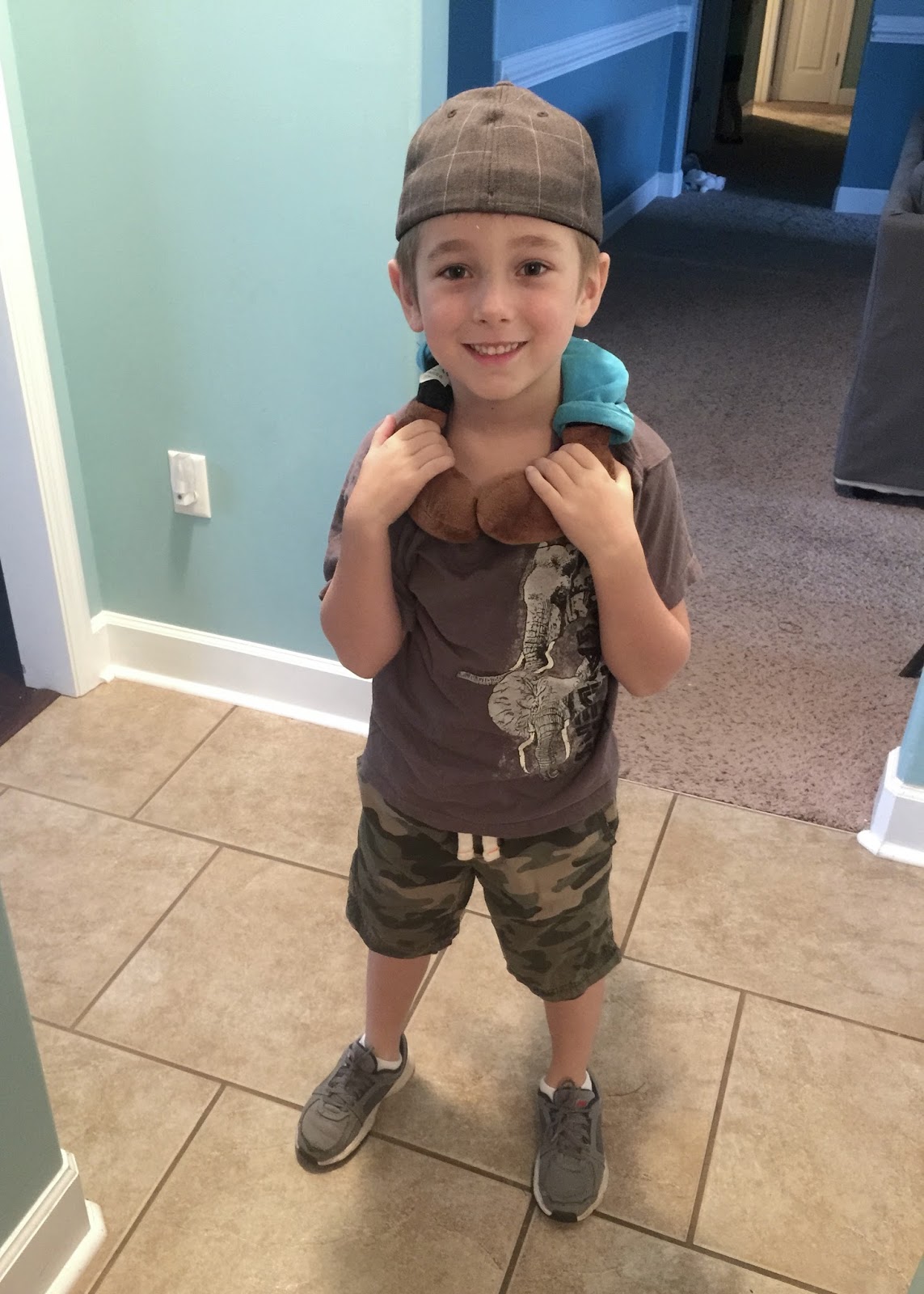 They headed out first thing on a Saturday morning in early November and stayed one night then took their time coming home that Sunday. I was pretty impressed with Zach for taking pics! Obviously he didn’t take as many as I would have (I made each kid a shutterfly photo book with pics from their solo trips…Britt’s had like 33 pages and Kye’s had 8 bahaha) but he took enough to give them something to remember their awesome weekend with! 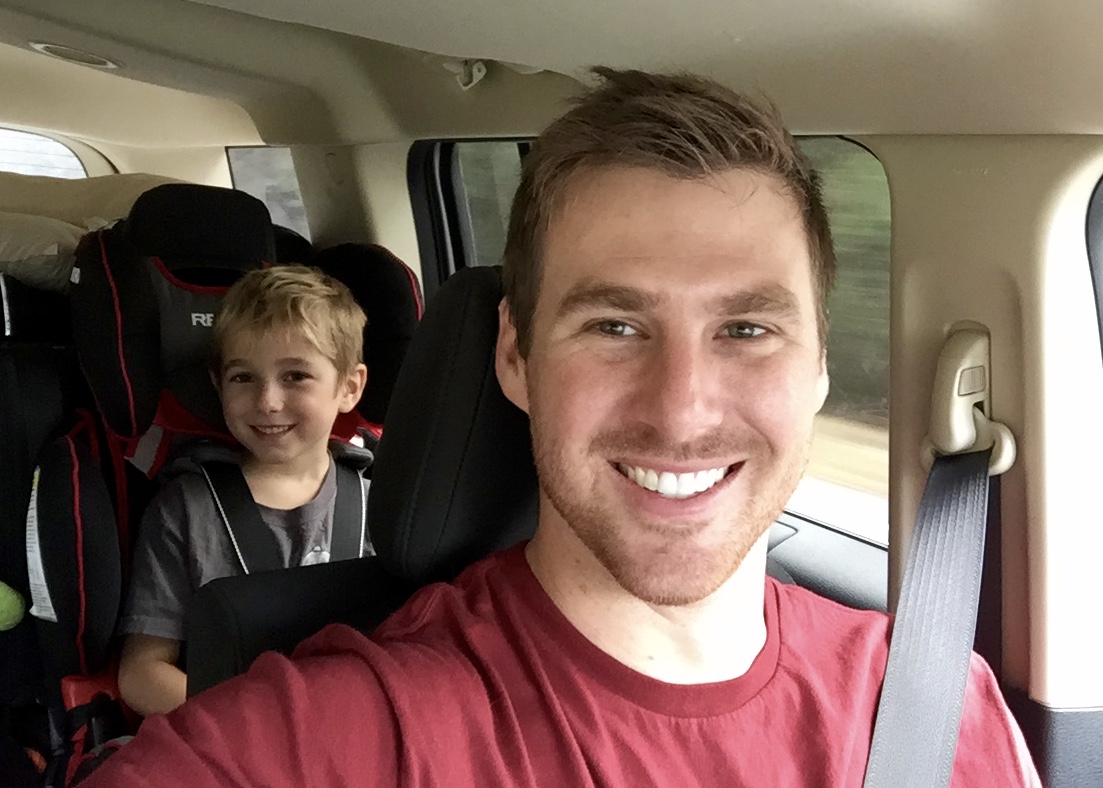 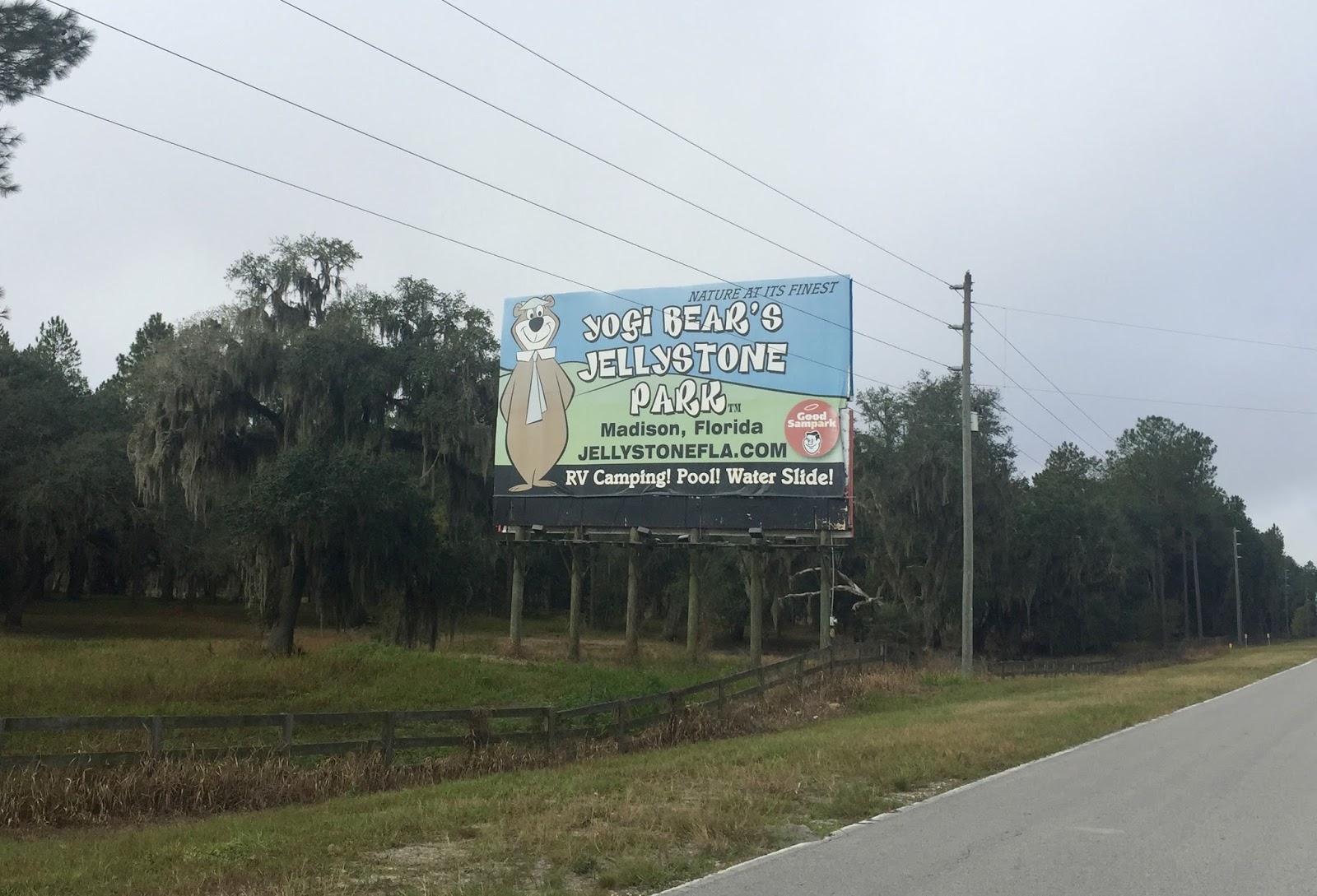 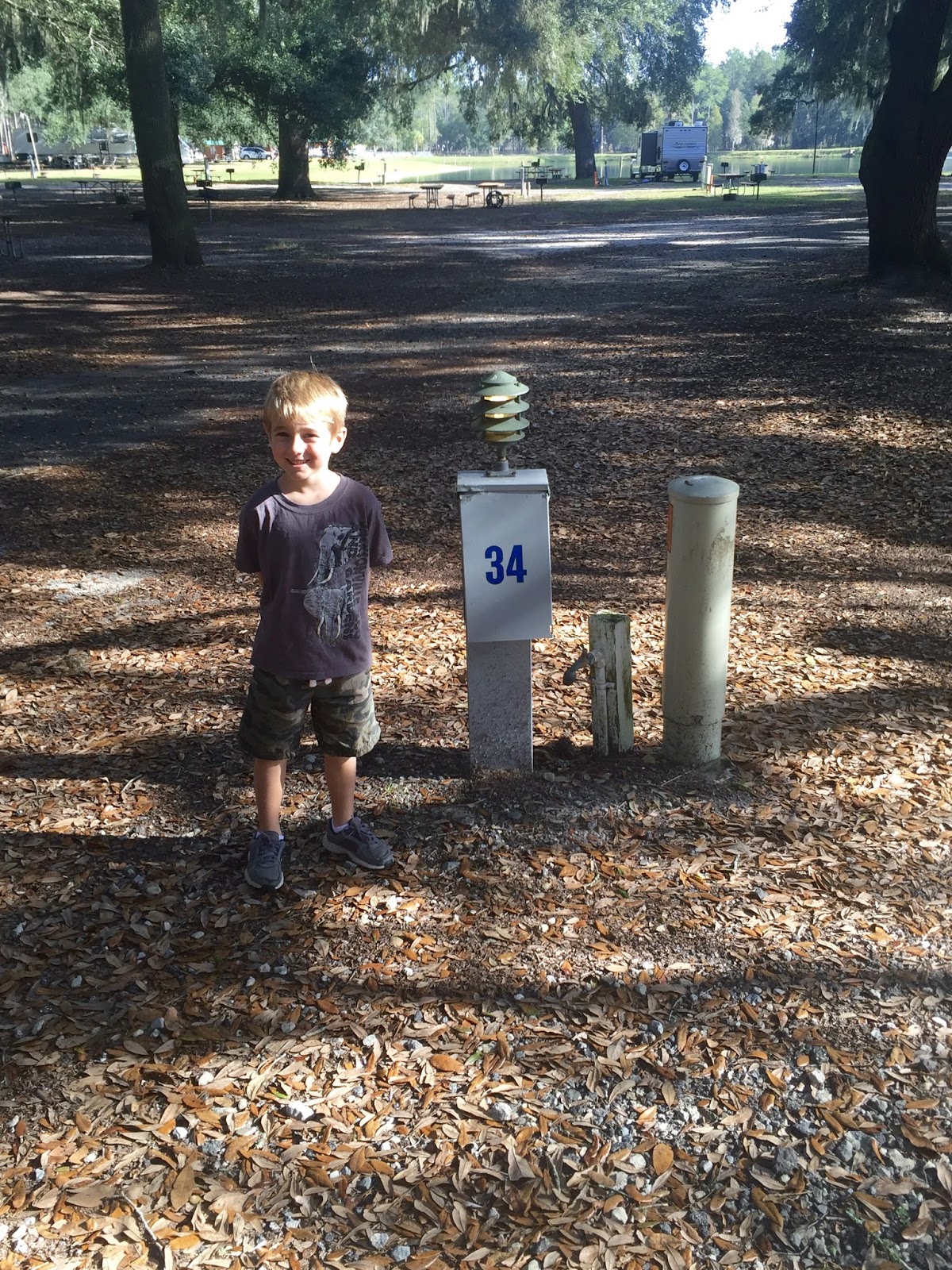 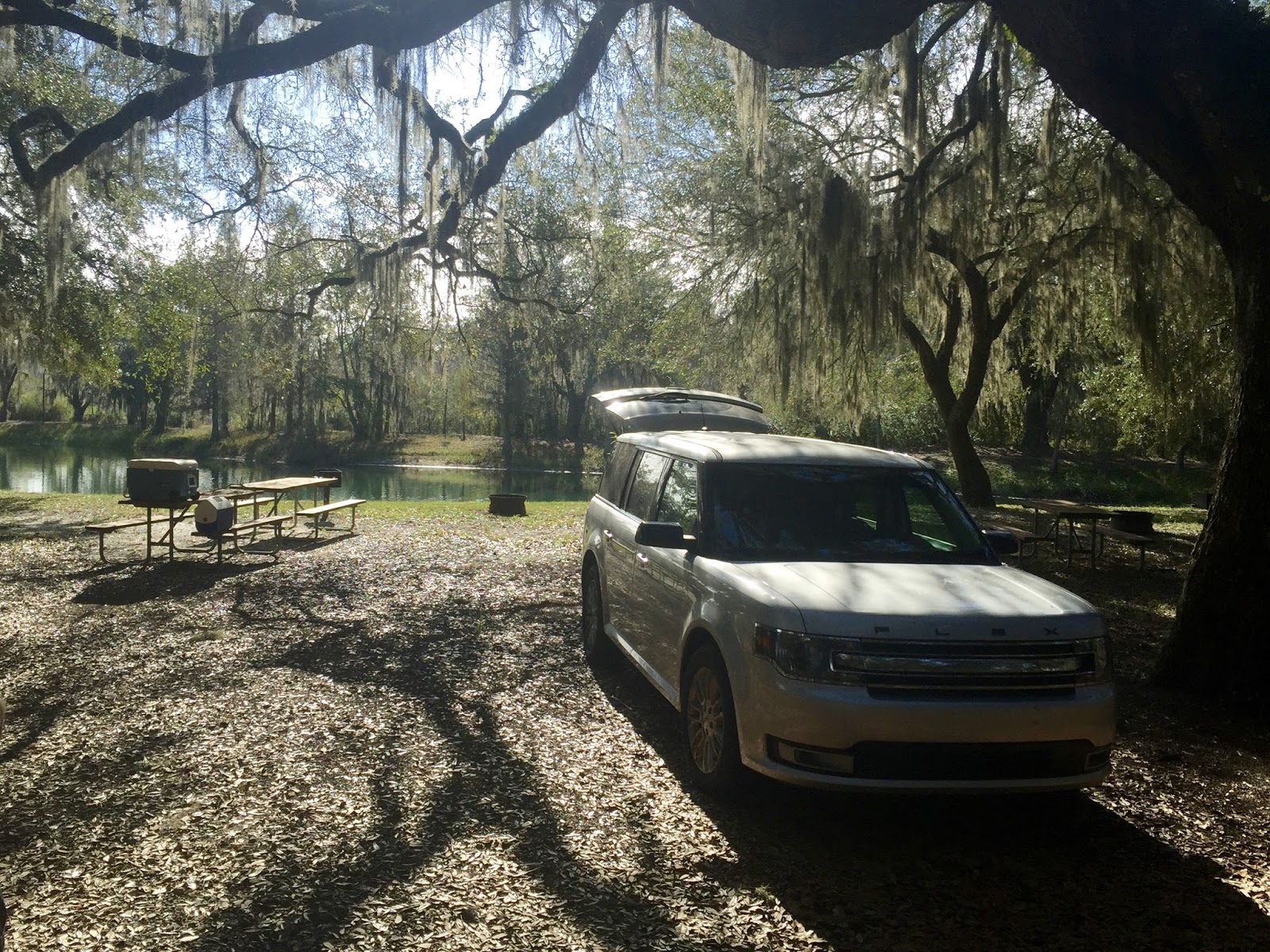 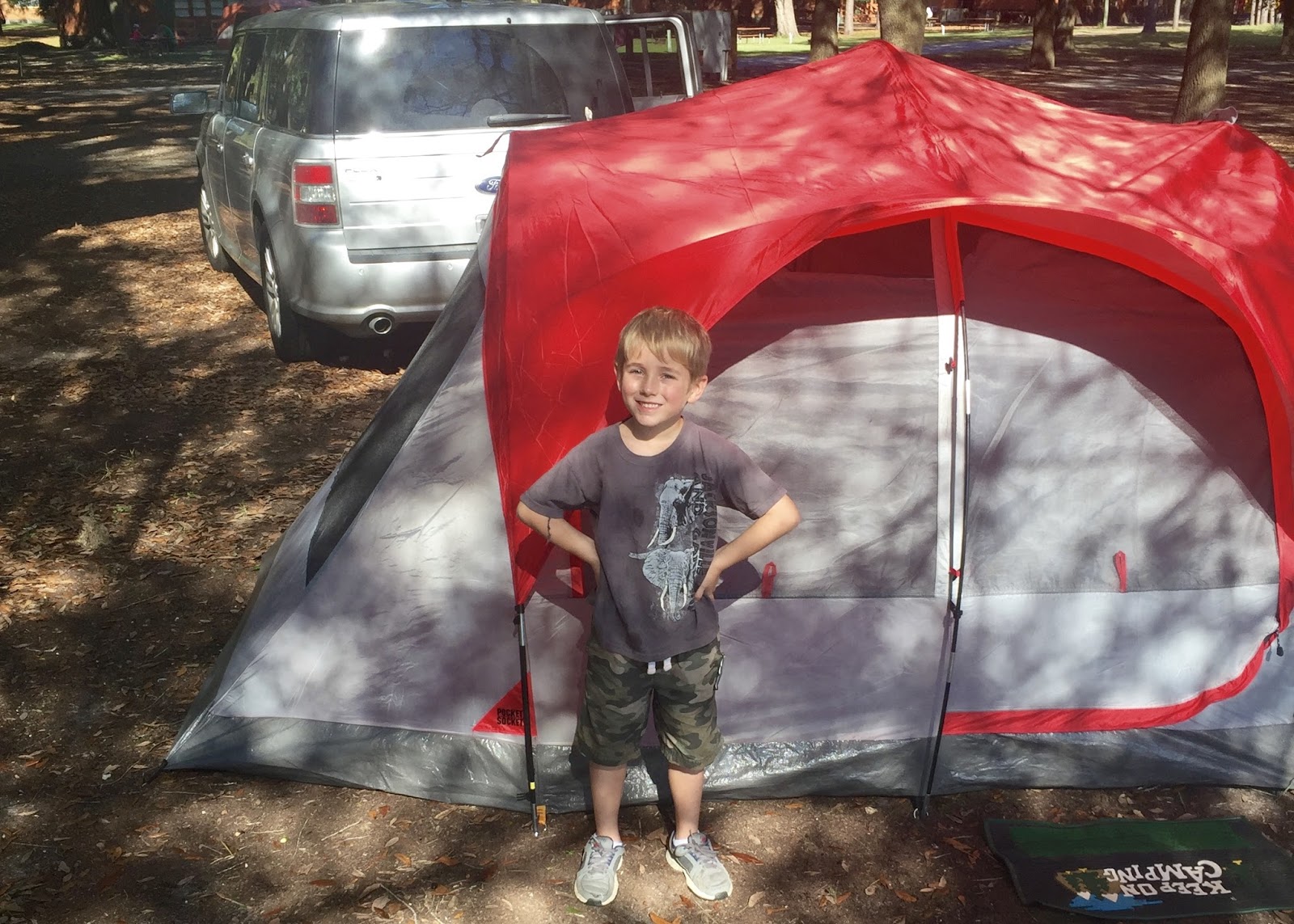 Kye talked to me for a SOLID hour that night filling me in on every detail of their day. It was SO cute. It was worth him leaving me so he’d want to talk to me that much haha! It was also sweet how much he and Britt missed each other. He asked to talk to her and watching them talk was precious. Kye’s favorite things were playing putt putt and eating 🙂 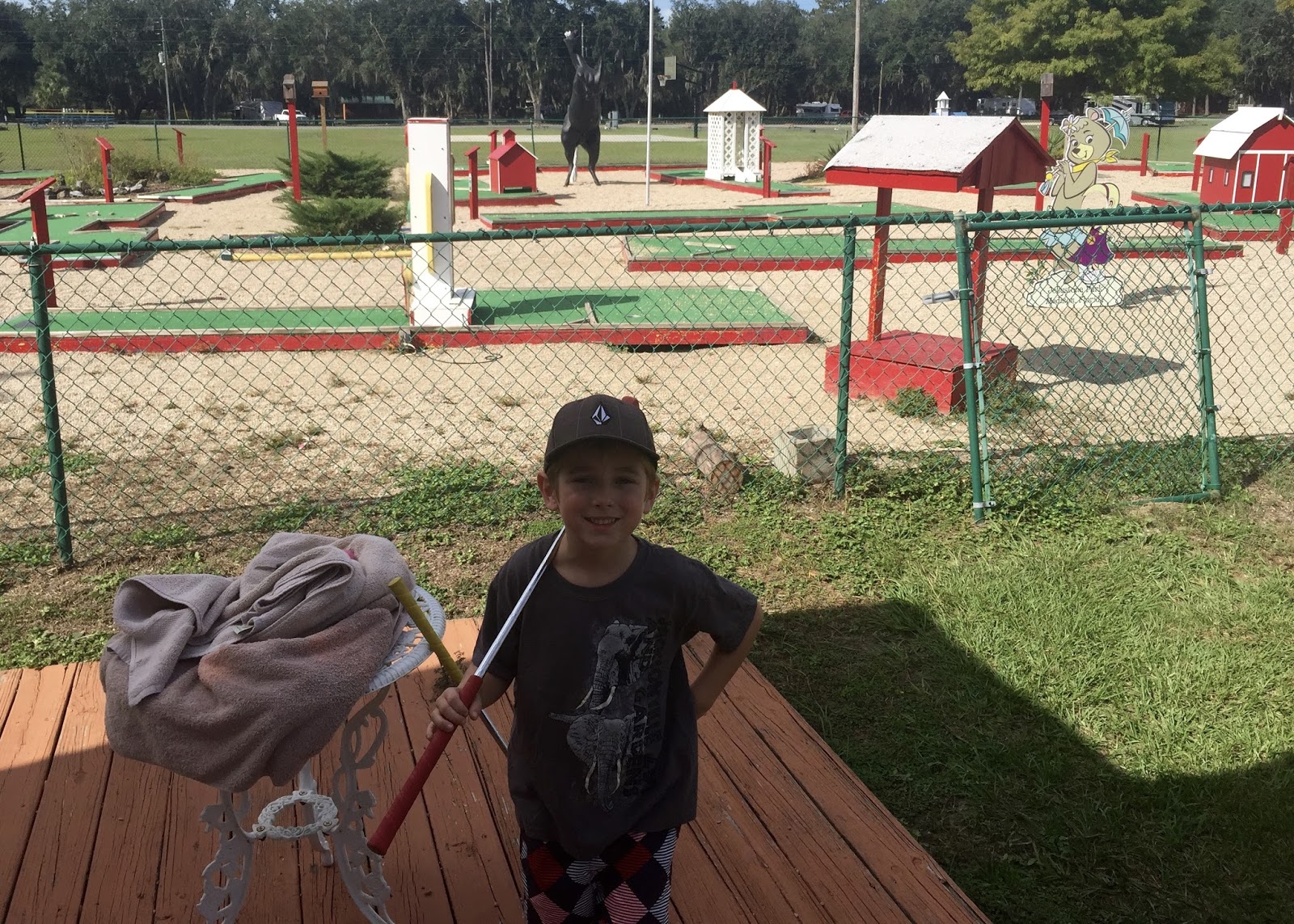 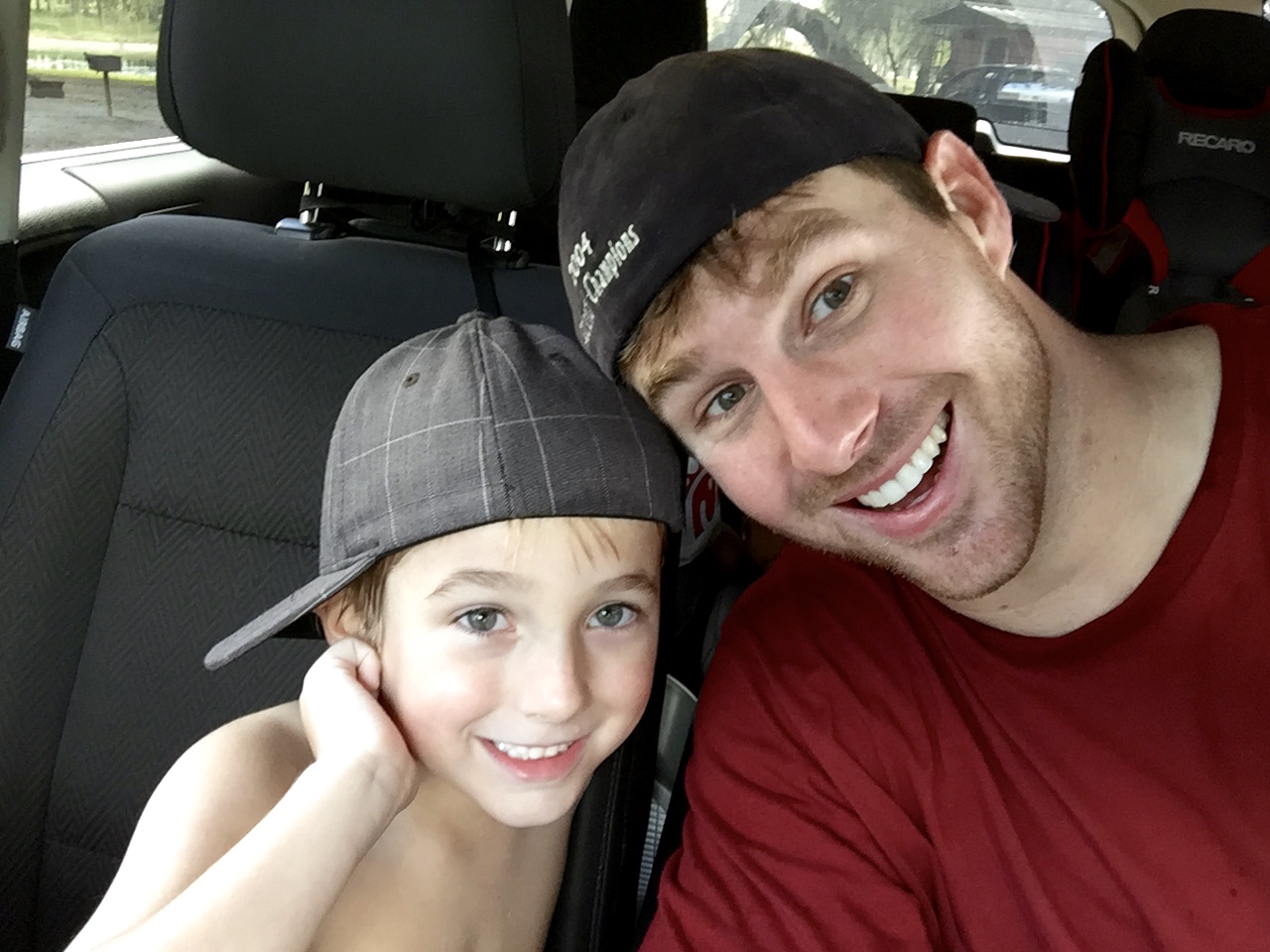 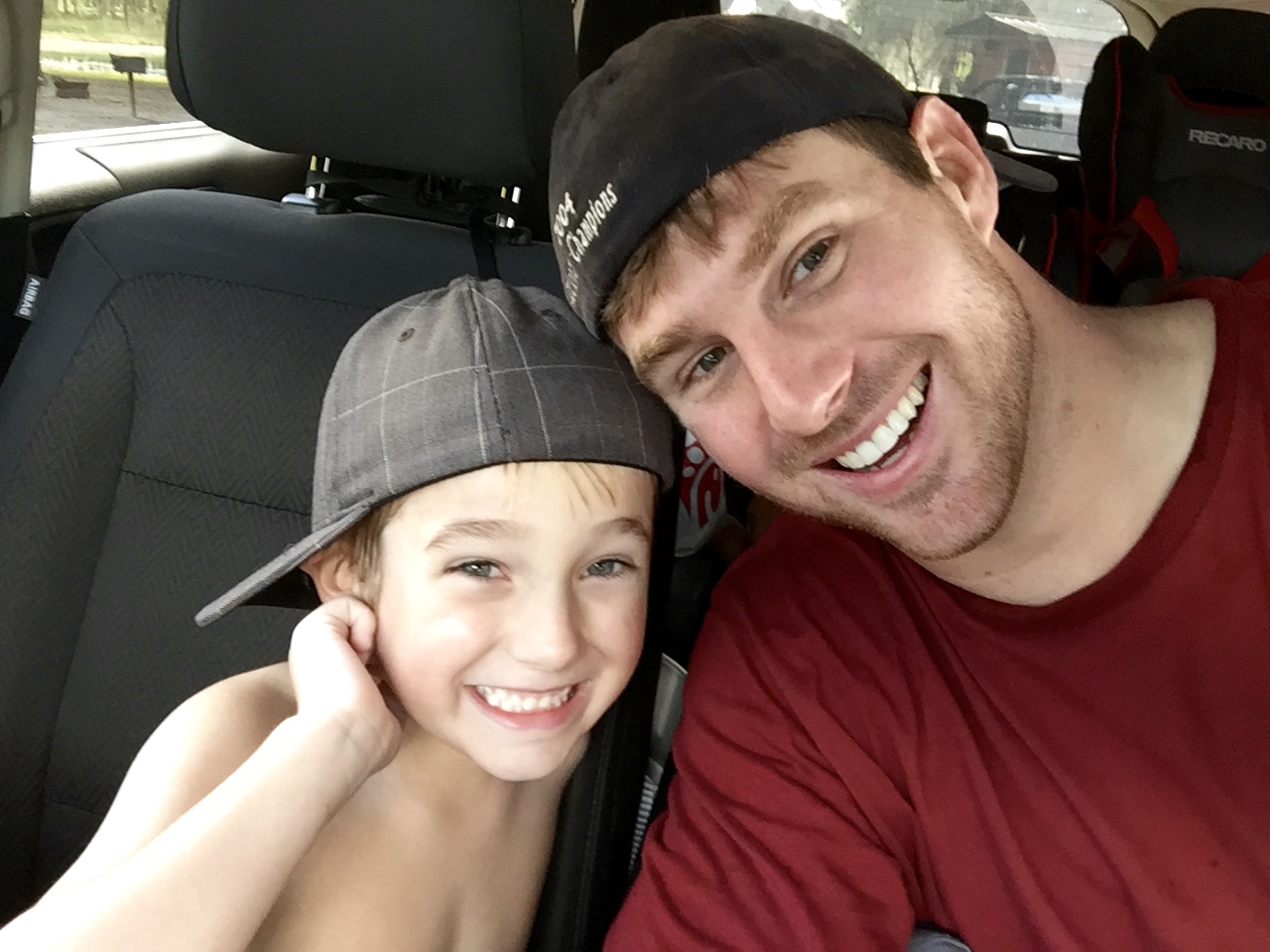 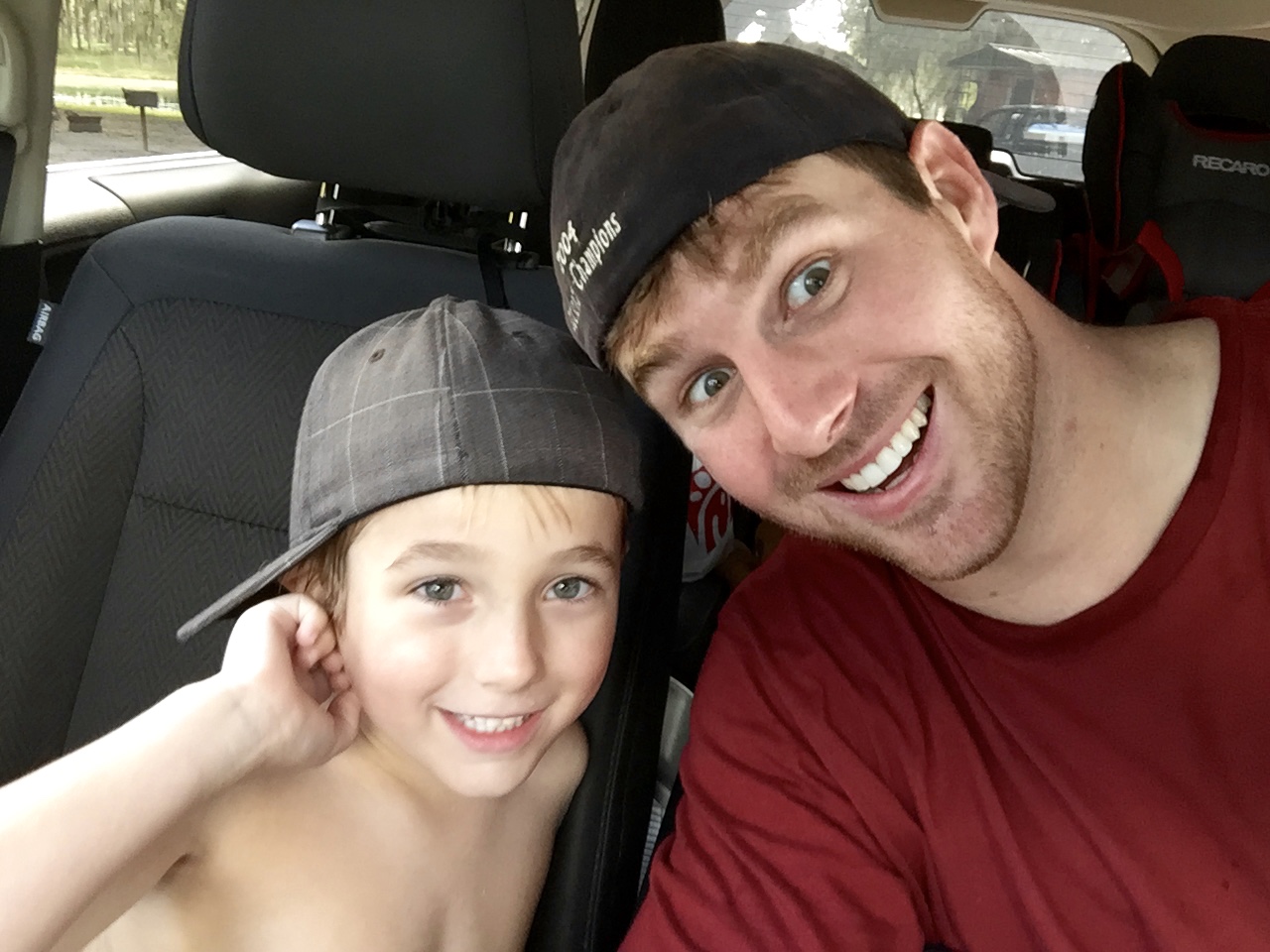 They did a junk food run and Kye got to enjoy lots of Daddy’s favorite treats. I also later found out that Kye had his first EVER sip of Coke. Um. I was NOT happy about that. And I was promised it wouldn’t be happening again! I didn’t mind the gum chewing but not a fan of soda 😉 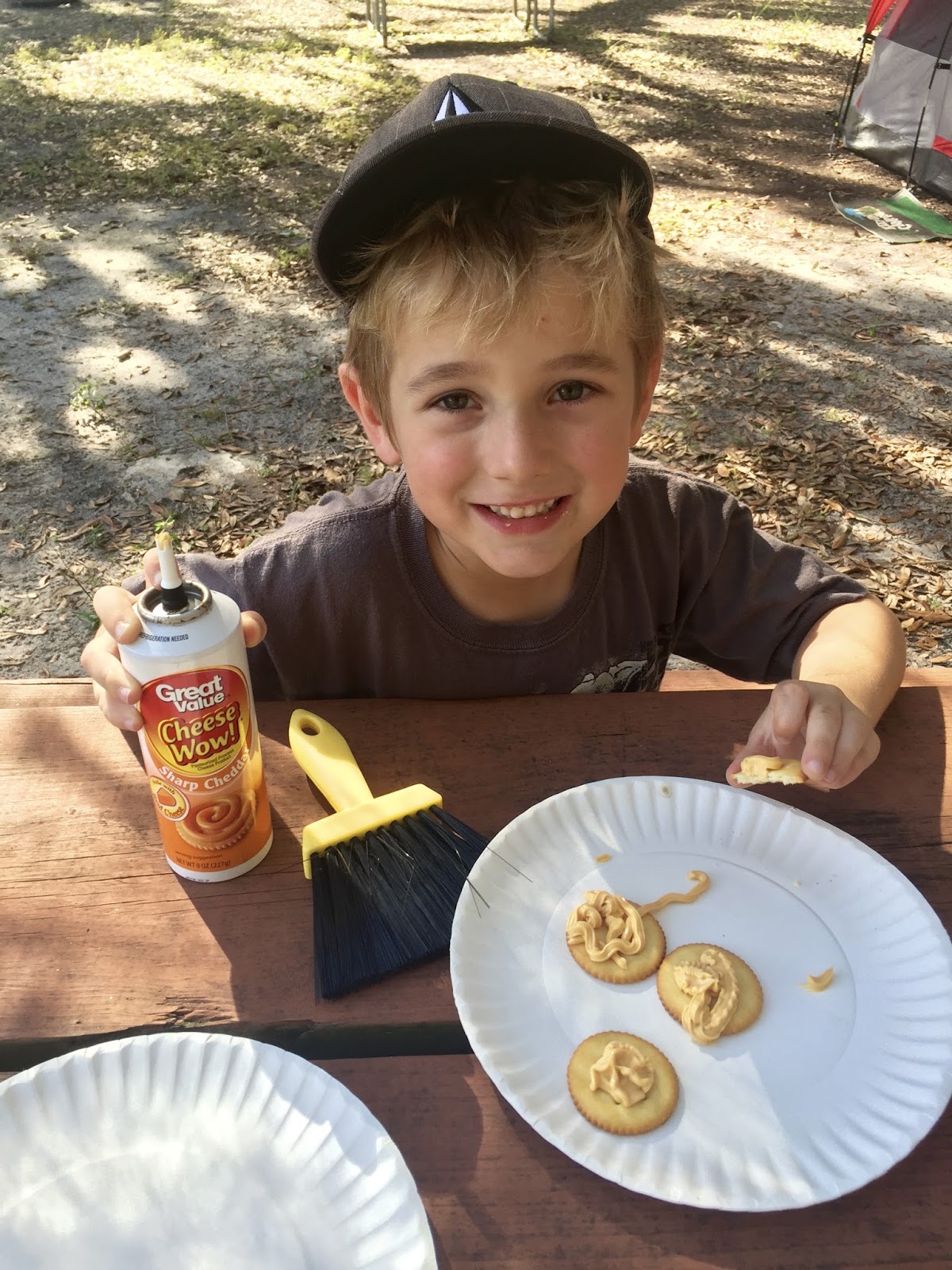 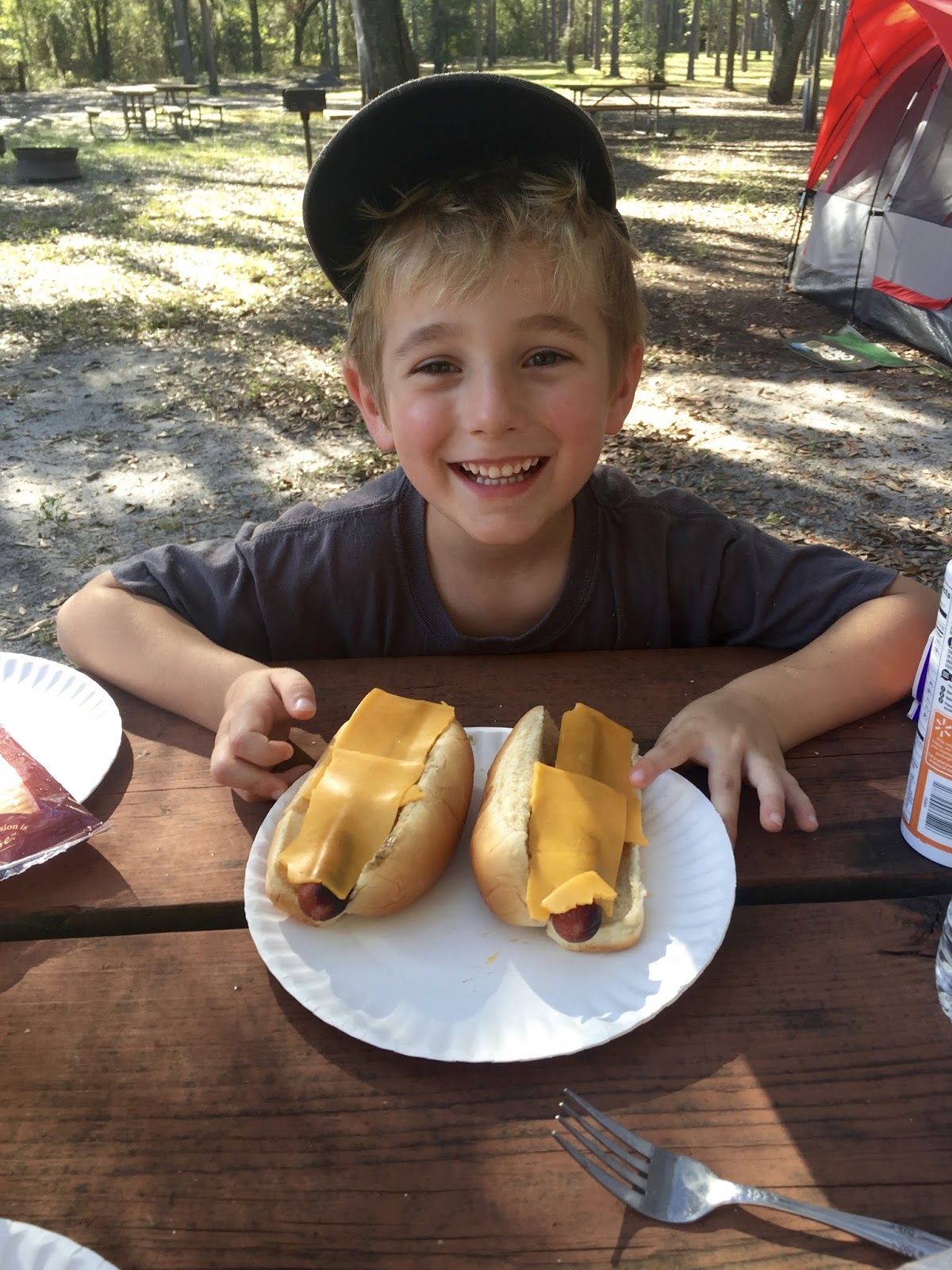 The requested for the rec room to show the FSU Clemson game so they could watch it together and every commercial break they went outside and threw the football. Even though FSU lost it was still fun for them to watch the game together in a new environment! 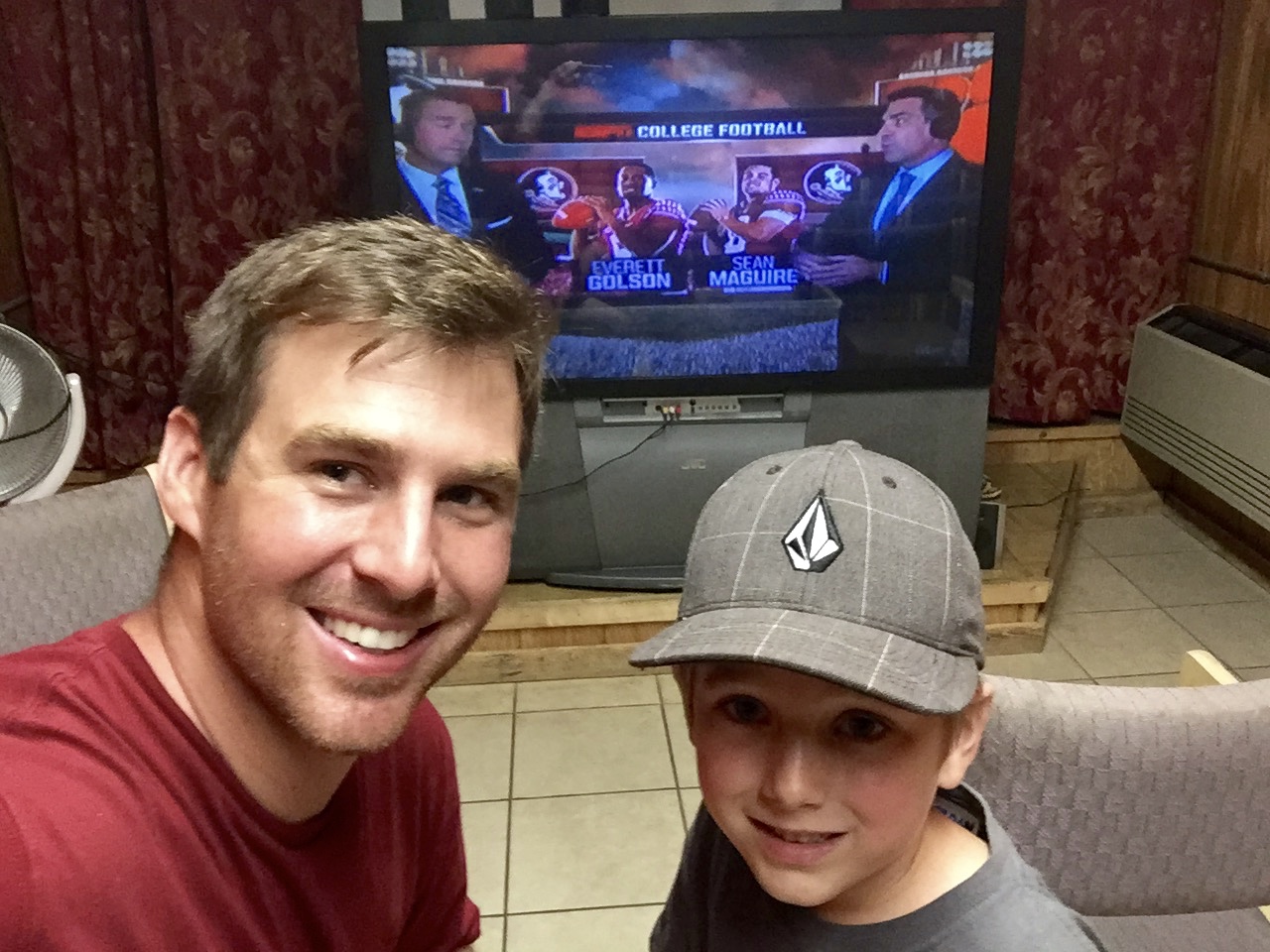 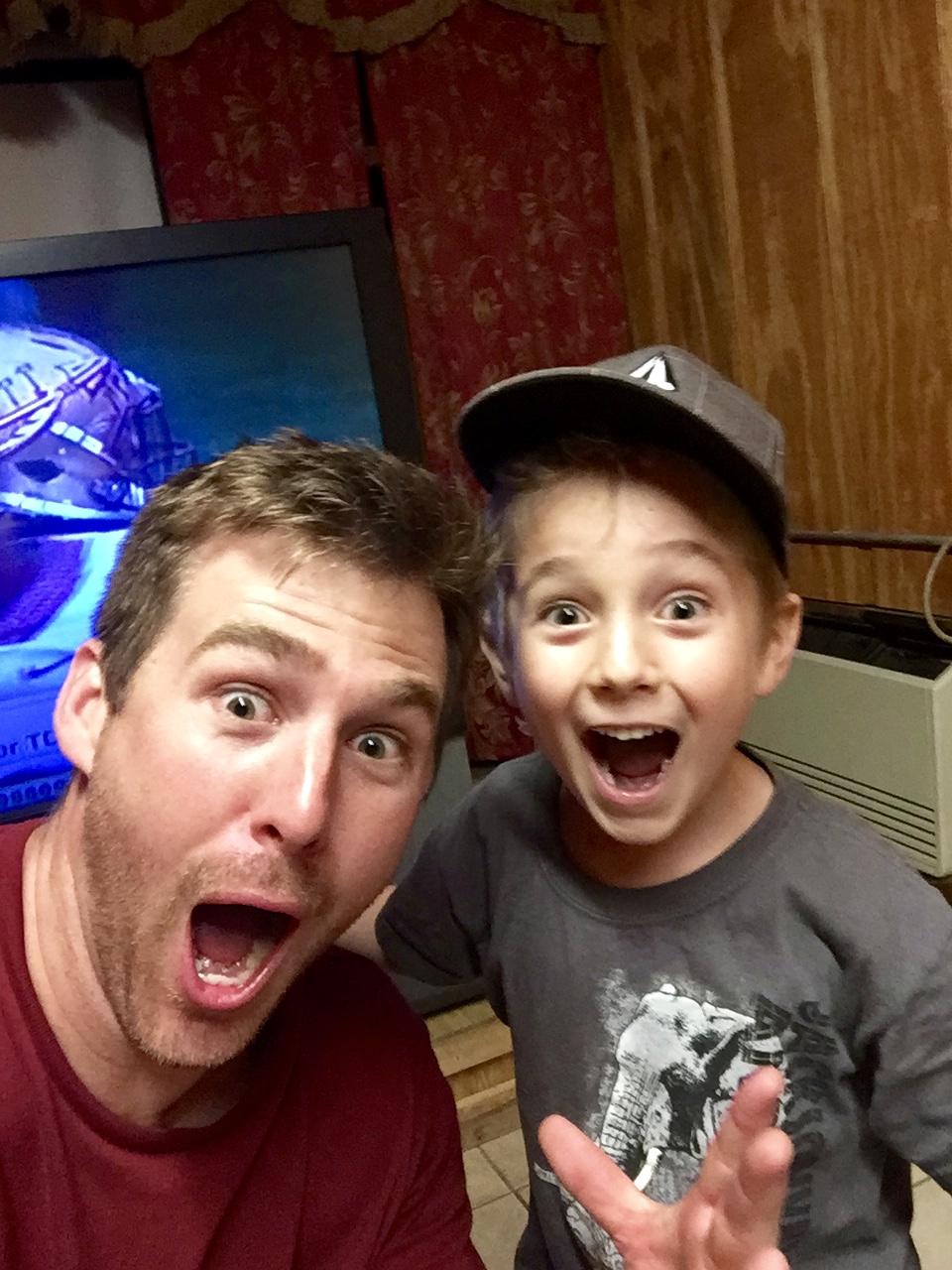 The amount of JUNK they ate is crazy! Boys love to grub and Zach has a tendency to over shop for vacation food haha 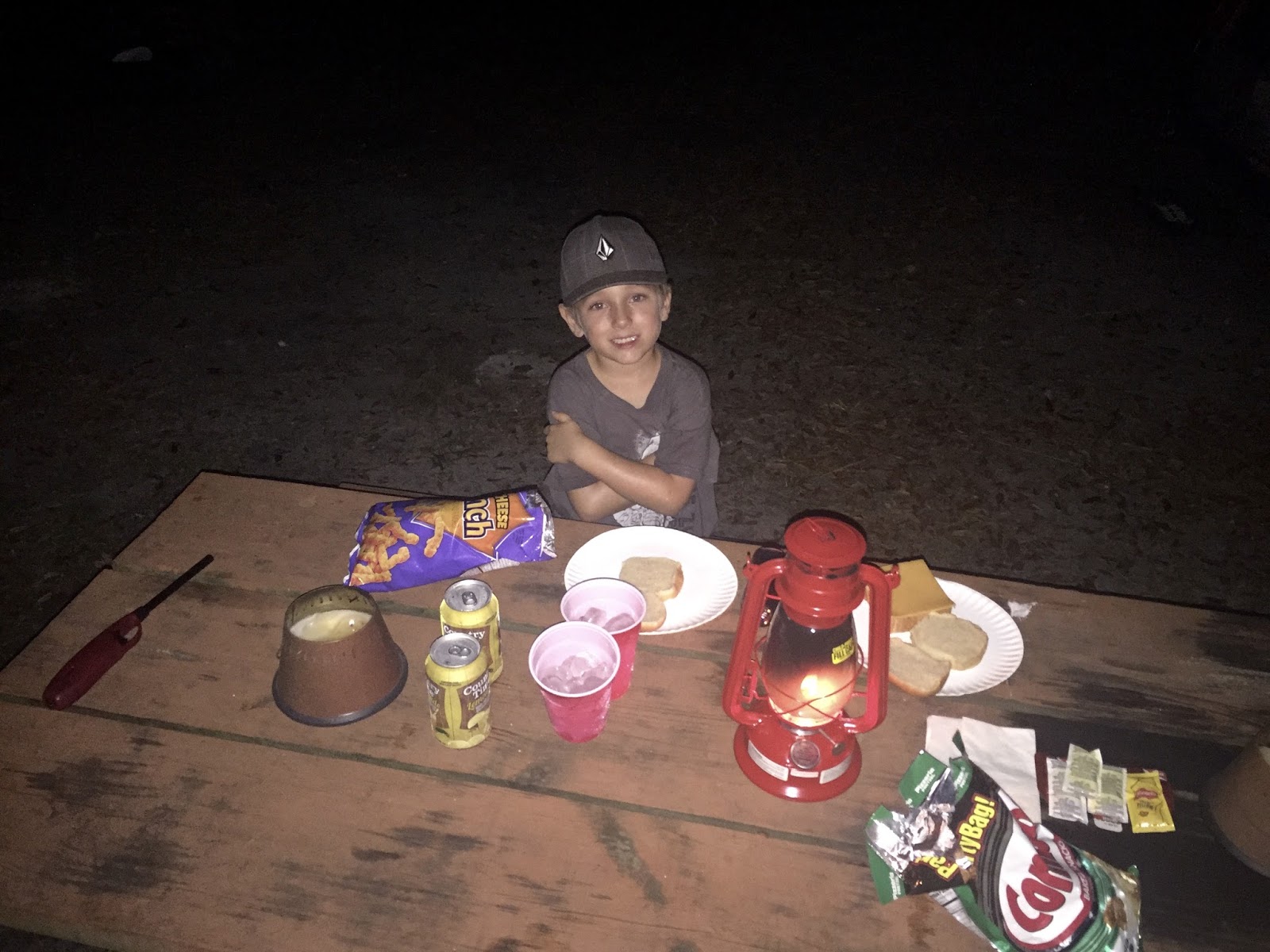 Zach’s favorite memory from the trip was when they took showers. It was a stall shower room so they each had their own stall and were talking to each other between them. Zach explained to Kye how to use the bar of soap since Kye has body wash at home in the shower. Kye always showers in our shower (while the girls are in the kids bathtub) and when Zach was explaining to Kye how to use the bar soap Kye said “I know already Dad because I like to use yours in the shower and be like you” So precious!

Kye’s favorite thing was using his new knife to cut wood. He was very proud of a stick he sharpened with his knife. He also really loved sleeping in the tent with Daddy. They stayed up pretty late and Zach said Kye did fine sleeping in such a different place than he’s used to! I think it’s so precious that they slept side by side together 🙂 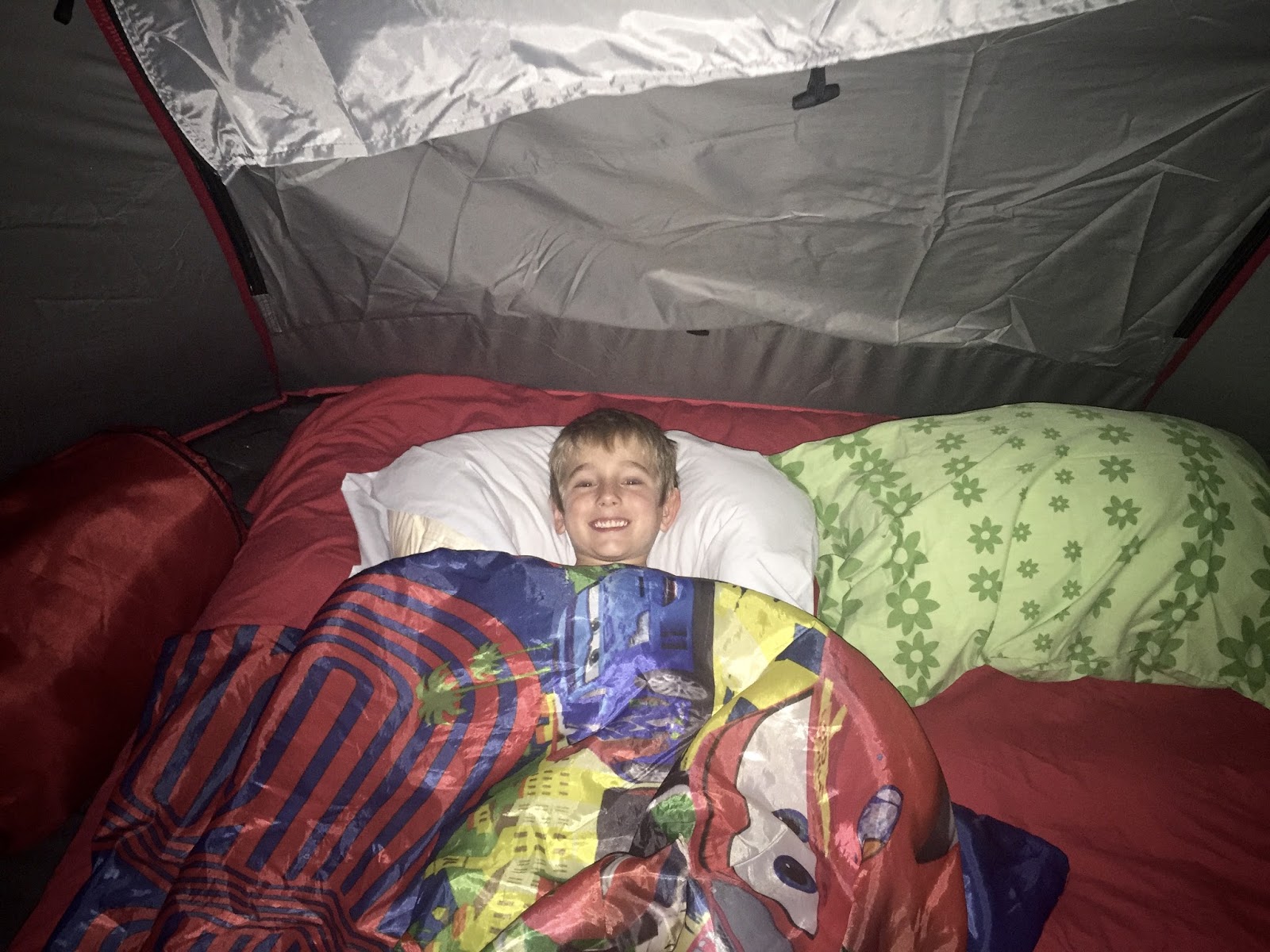 Kye wanted to take a picture of Daddy too 🙂 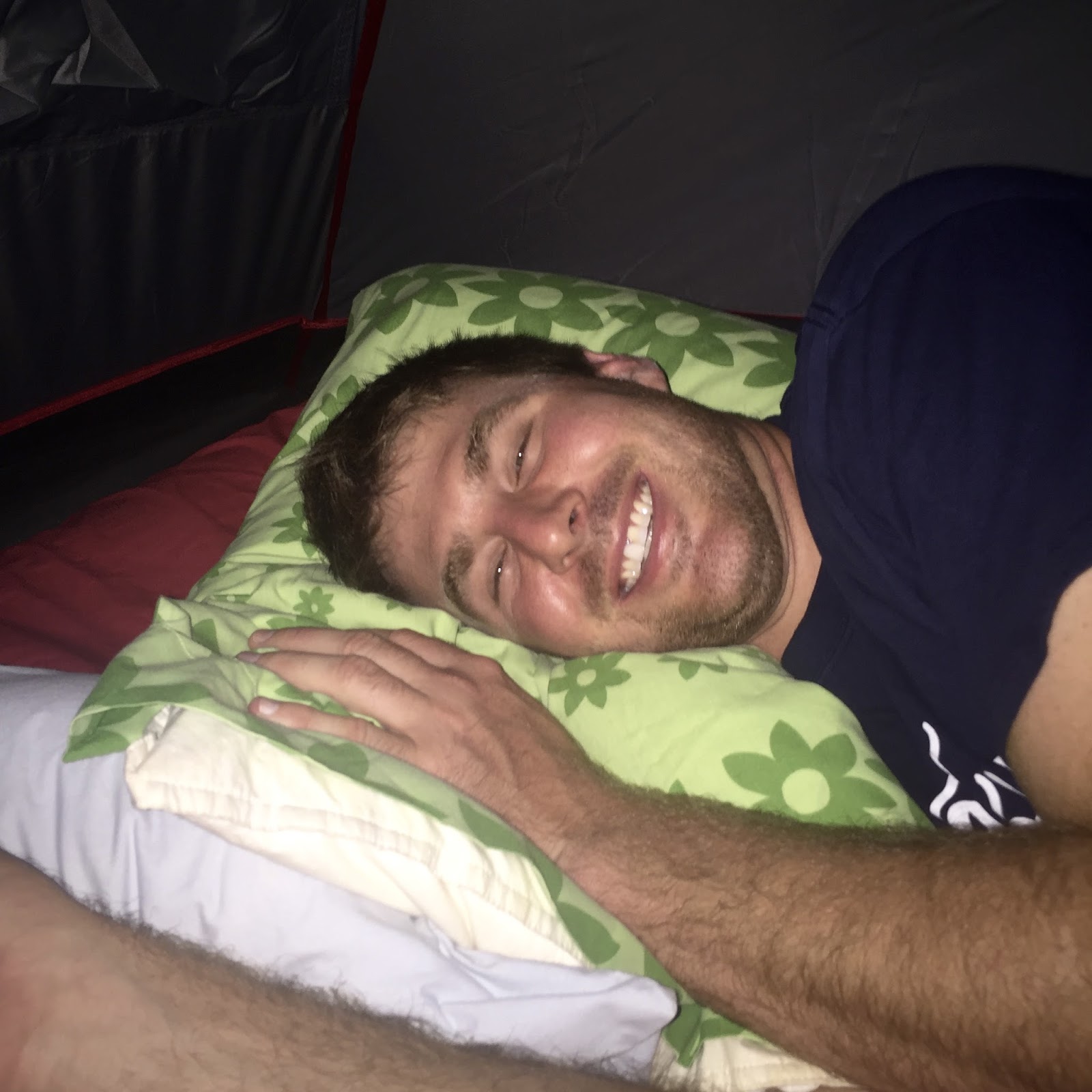 It rained (of course) but they stuck it out the next morning for a good bit! They took a kayak out and went fishing. Kye was pretty frustrated that they never caught anything but enjoyed the experience for sure! They took their time coming home and truly had a wonderful trip. I have a feeling they will be going camping again in the near future! I’d love to go as a family at some point but it’s hard for me to picture Britt with all her accessories camping haha! 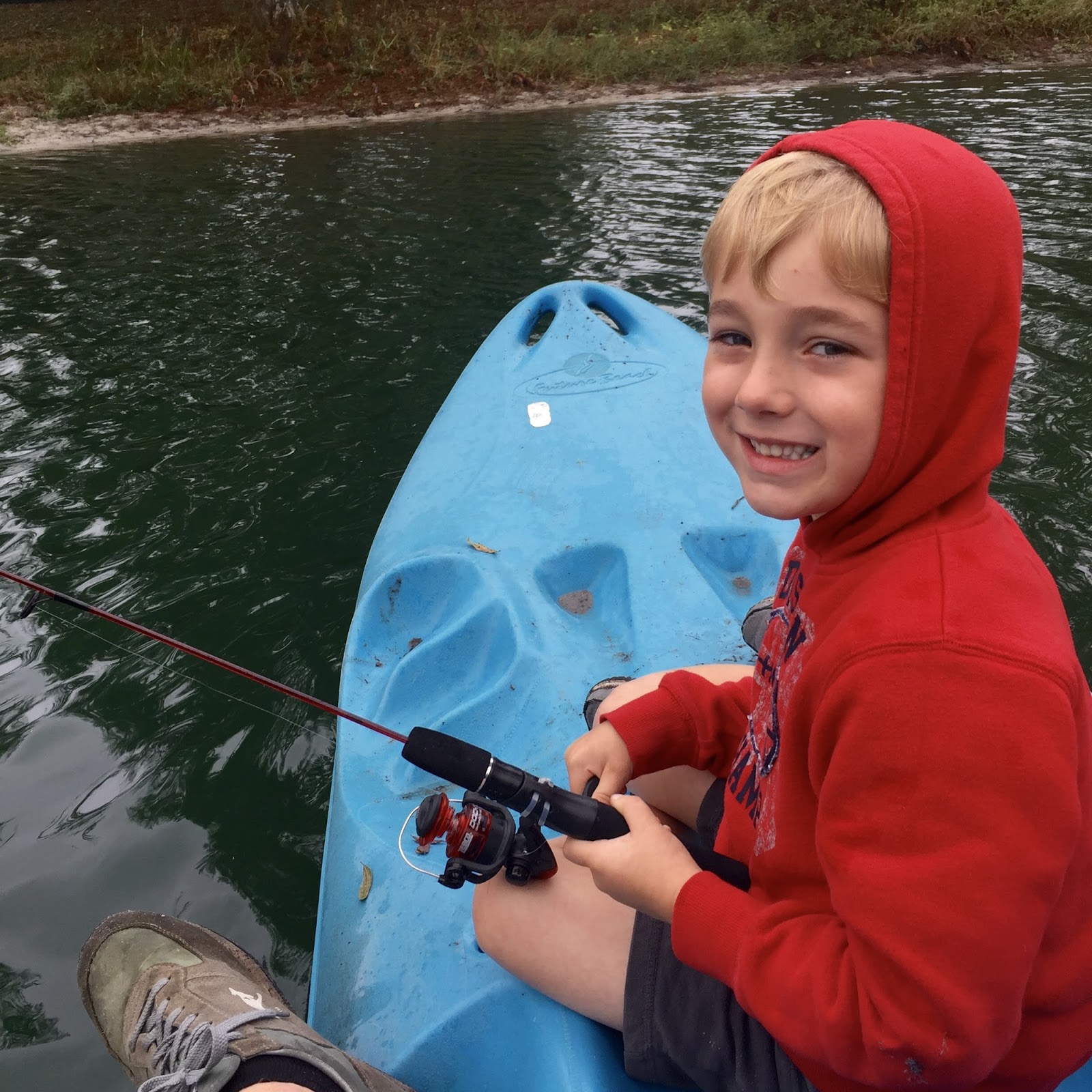 Our kids are so blessed to have a Daddy who WANTS to do things with them. Just as I want to be part of their firsts, so does he. It’s just as much a priority to Zach! That’s something that so many men in our culture today just don’t value and I’m truly beyond thankful that my children never, ever have to doubt their Daddy’s love for them or his desire to be an active part of every aspect of their lives!