All about my big boy from the month of November!

Swing: I have NO CLUE what the “normal” age to learn to swing on your own is, but I feel like Kye is delayed in that ability. He’ll be 6 in March and is just now finally able to legit swing on his own! My kids are always slower to do this kind of stuff. They take forever to crawl, forever to walk, and I guess forever to swing (btw…don’t ask Kye to ride a bike either…). Zach is super glad not to have to push him anymore but of course whenever Kye wants to swing then Britt does too so someone still has to be pushed 😉 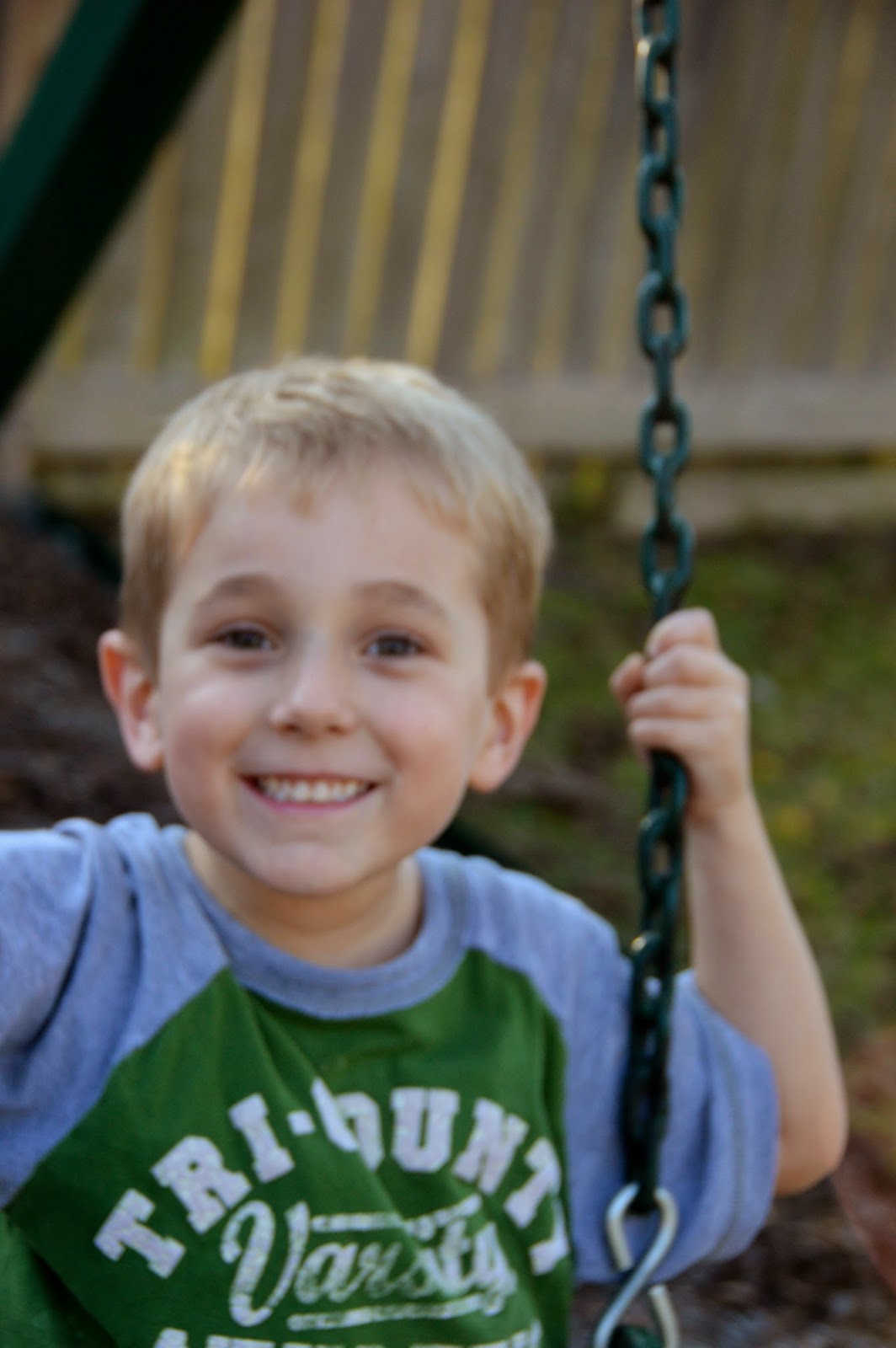 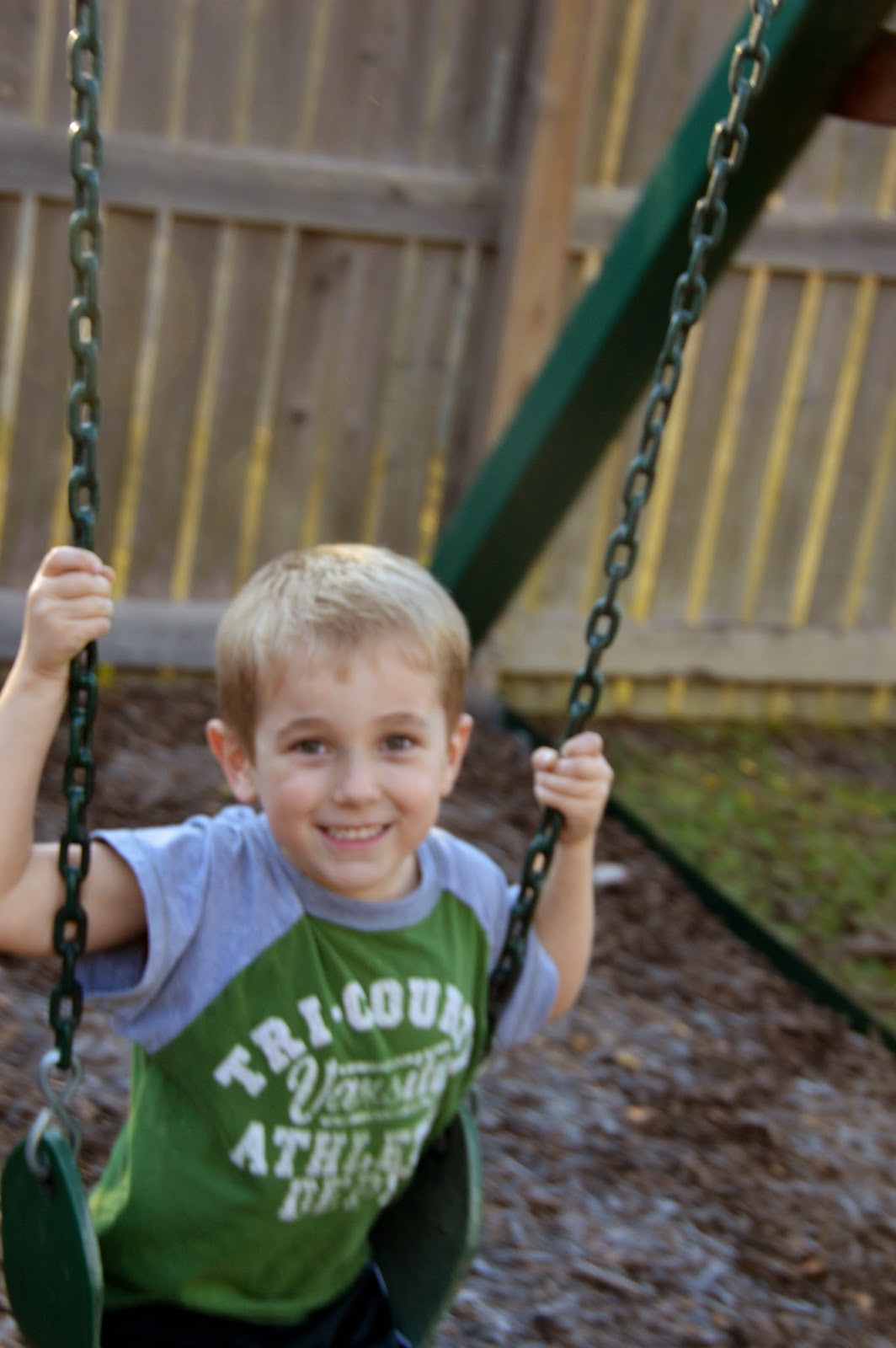 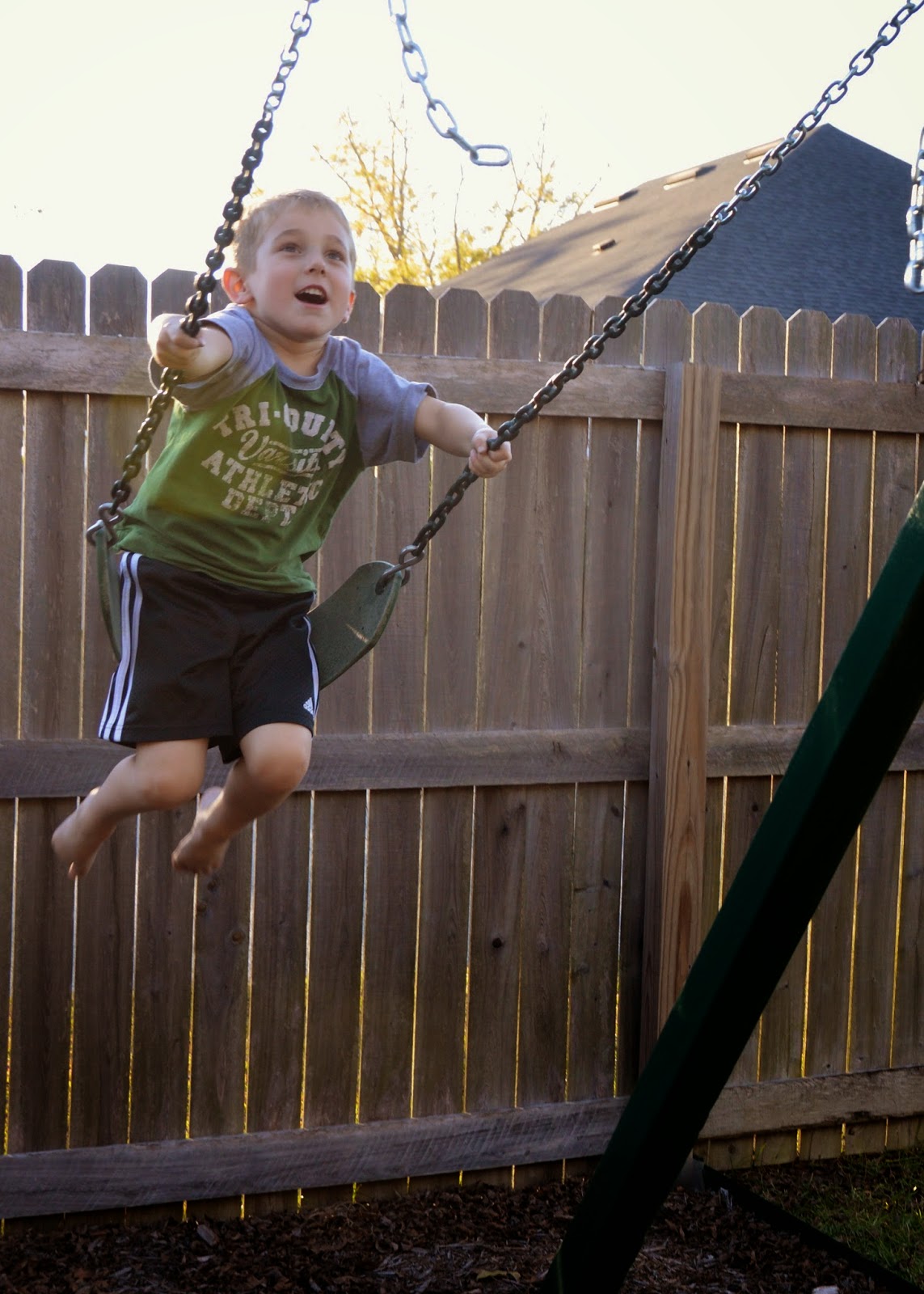 Businessman: Kye’s bookmark business is still going strong 😉 One Sunday he made $12 from his sales! He said he wanted to use his money to treat us all to lunch at Zaxbys. It was so sweet and he was so excited to be able to pay for our meal! 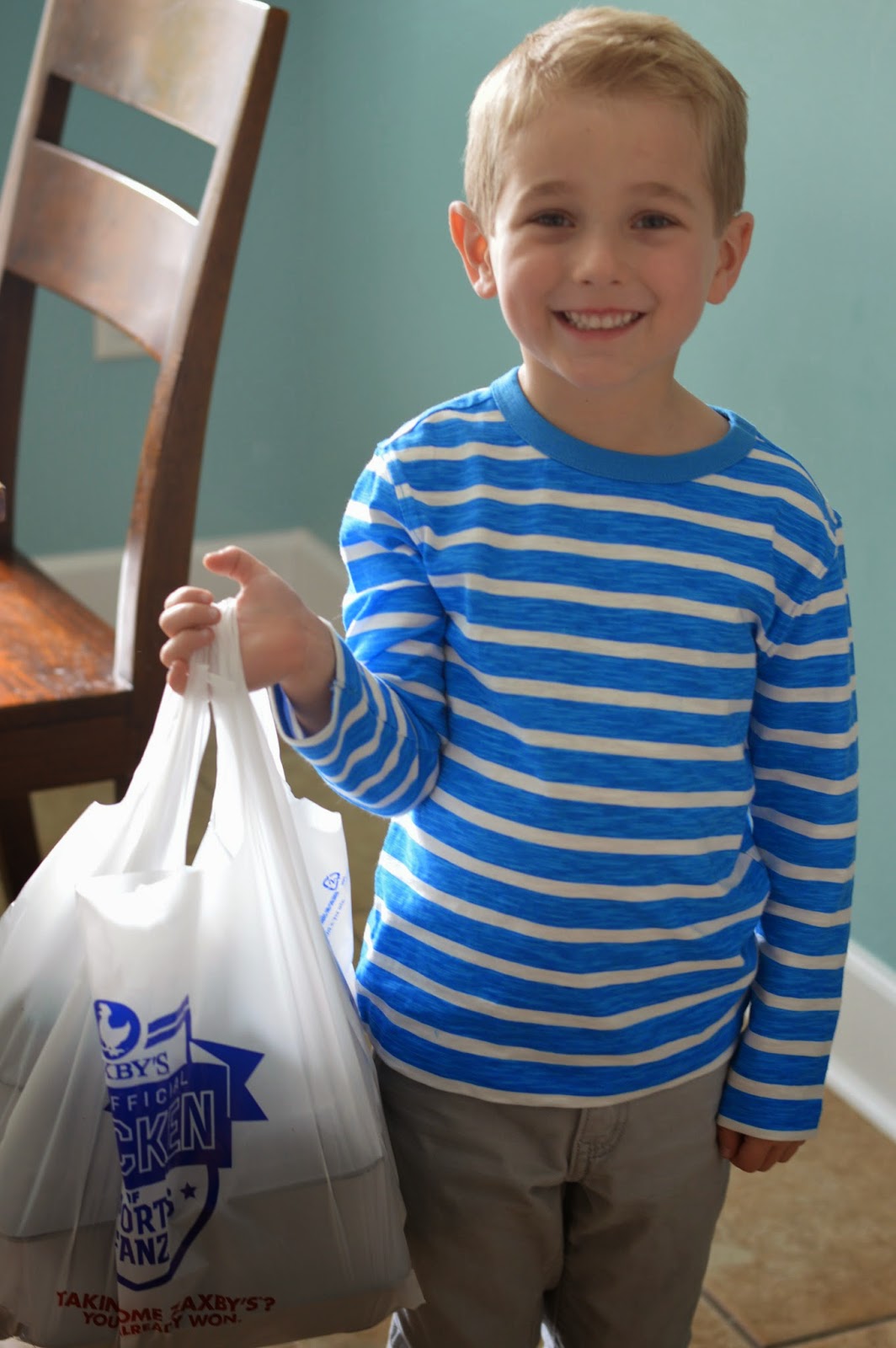 Chapped Lips: Kye is the KING of chapped lips. Does anyone else deal with this? He licks and they chap. They chap and he licks. I remember my brother having to glob on Vaseline at night when he went to bed b/c of his chapped lips and I guess Kye has the same situation! I gave him his own tub of it to apply as needed. I noticed they only get chapped during weather changes…our weather down her is SO random that it made for a lot of chappedness! 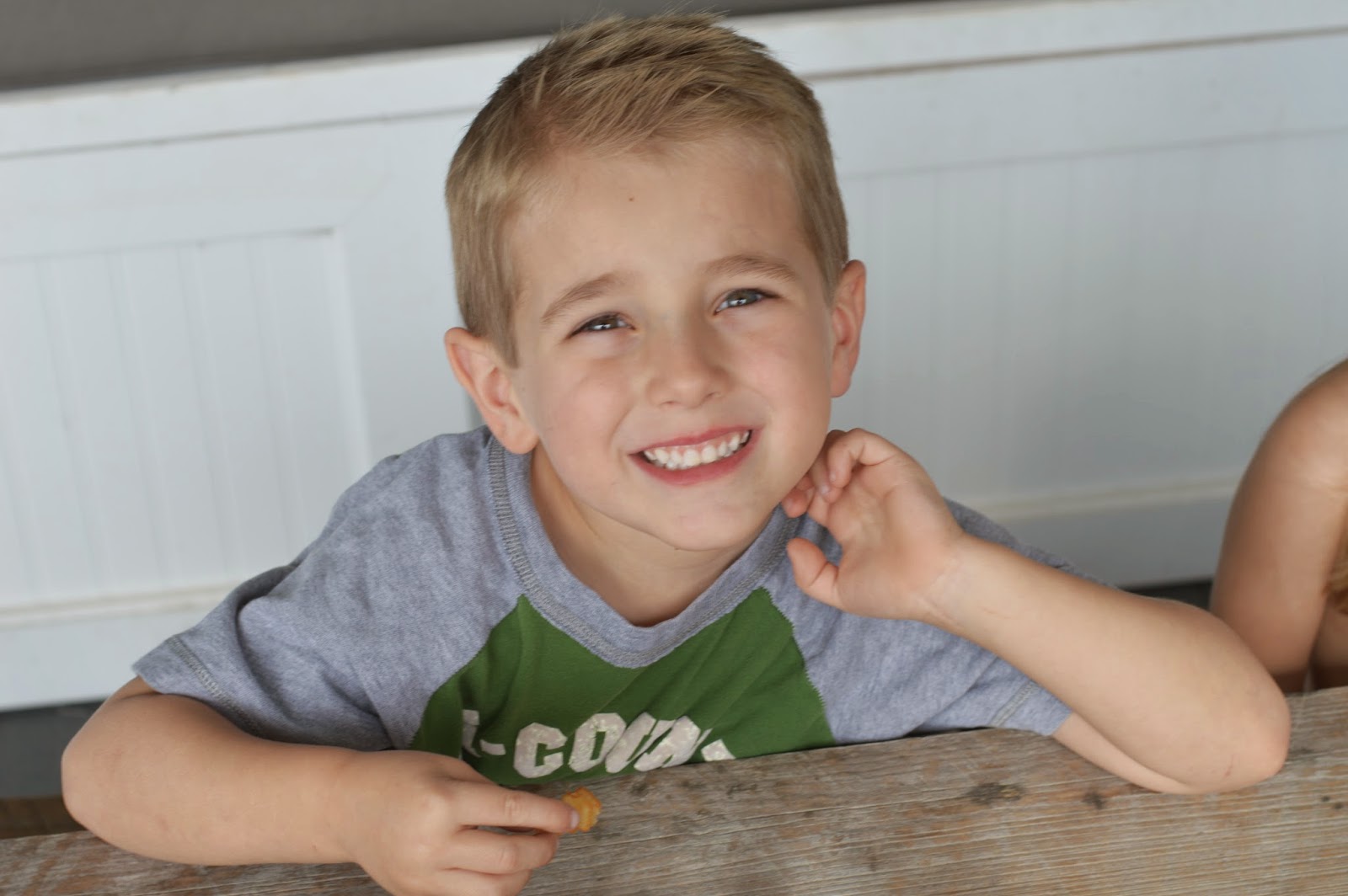 Screen Time: I’ve read lots of articles about the dangers of too much screen time in kids. We all know screen time needs to be limited. Kye found this mega old school 101 Dalmatian hand held electronic game that was mine as a kid. I was SHOCKED when it worked!!! I didn’t give it much thought until I realized he was carrying it around non-stop playing it. He wanted to take it in the car. He tried to play it during meals. He would run into stuff b/c he’d be walking and playing at the same time. He wouldn’t hear us when we’d call for him because he was too focused. It was a BIG wake up for MYSELF. How attached am I to my PHONE!?!?! My sweet, involved, active boy changed completely when allowed to have a small screen in his hands. How different am I with mine?!?! I quickly realized what an issue this old school game was and cut it out. I told him he could do it for a few minutes a day and then I hid it back in his closet after a couple days and he hasn’t found it again! haha! It was a good reminder to me about the importance of limiting screen time with our kids as well as ourselves! 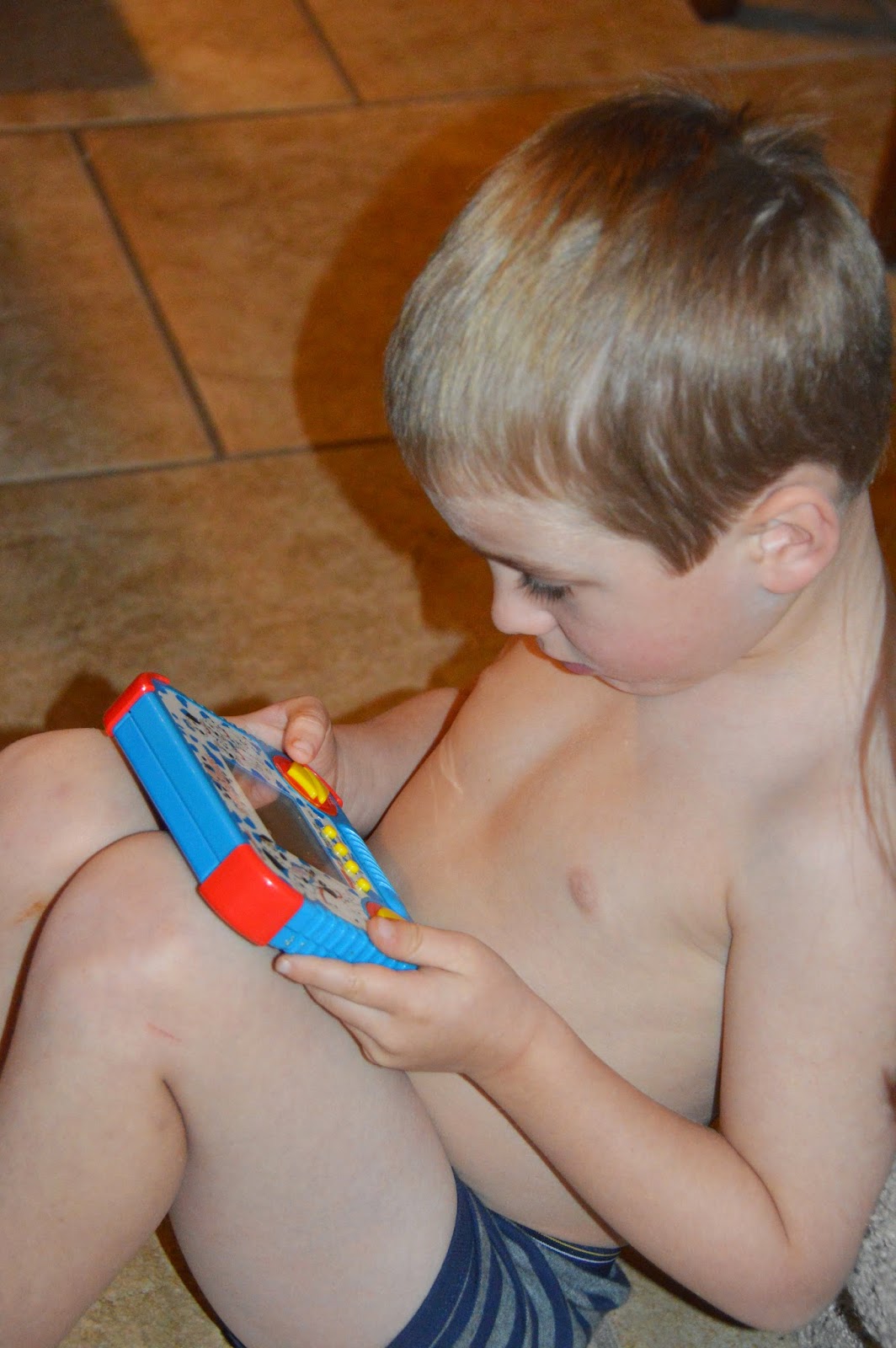 Mommy/Daddy Time: This month Zach and Kye went golfing together and Kye and I had a little errand-running date. I tried to get out and do things a lot this month (to help with my PPD) and Kye loves going and doing so we did quite a bit together 🙂 I enjoyed the company! 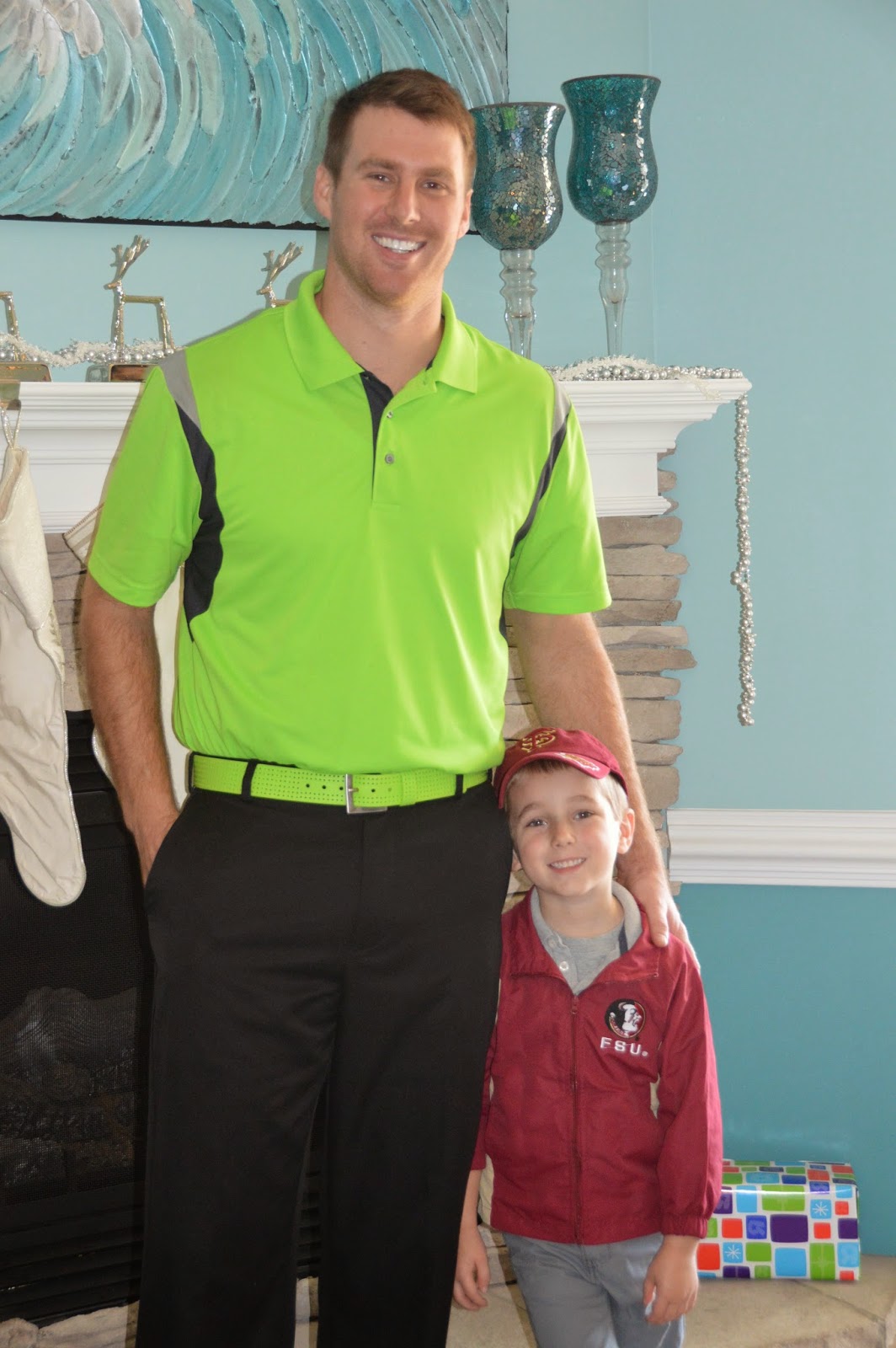 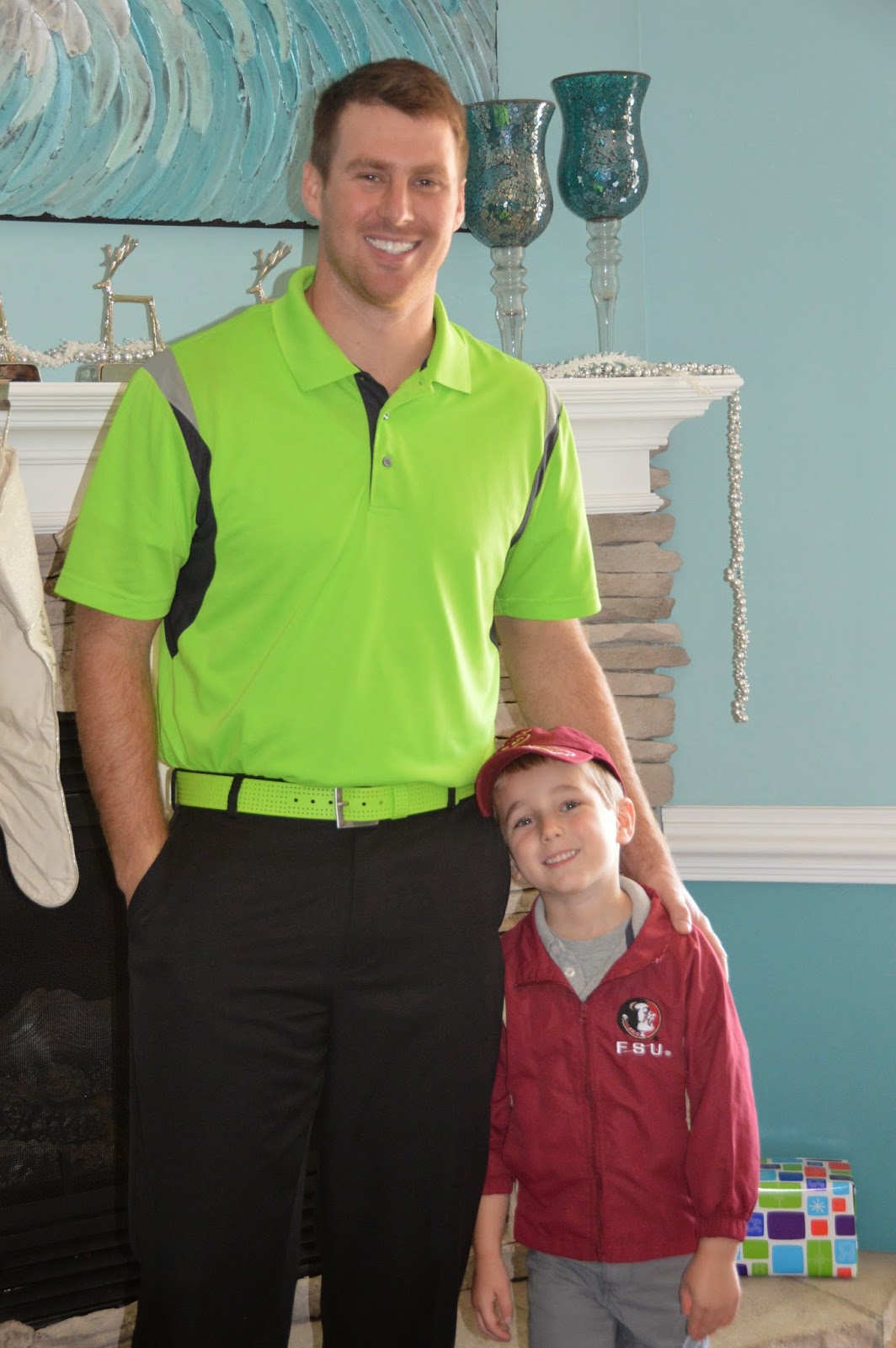 Being silly at Target 🙂 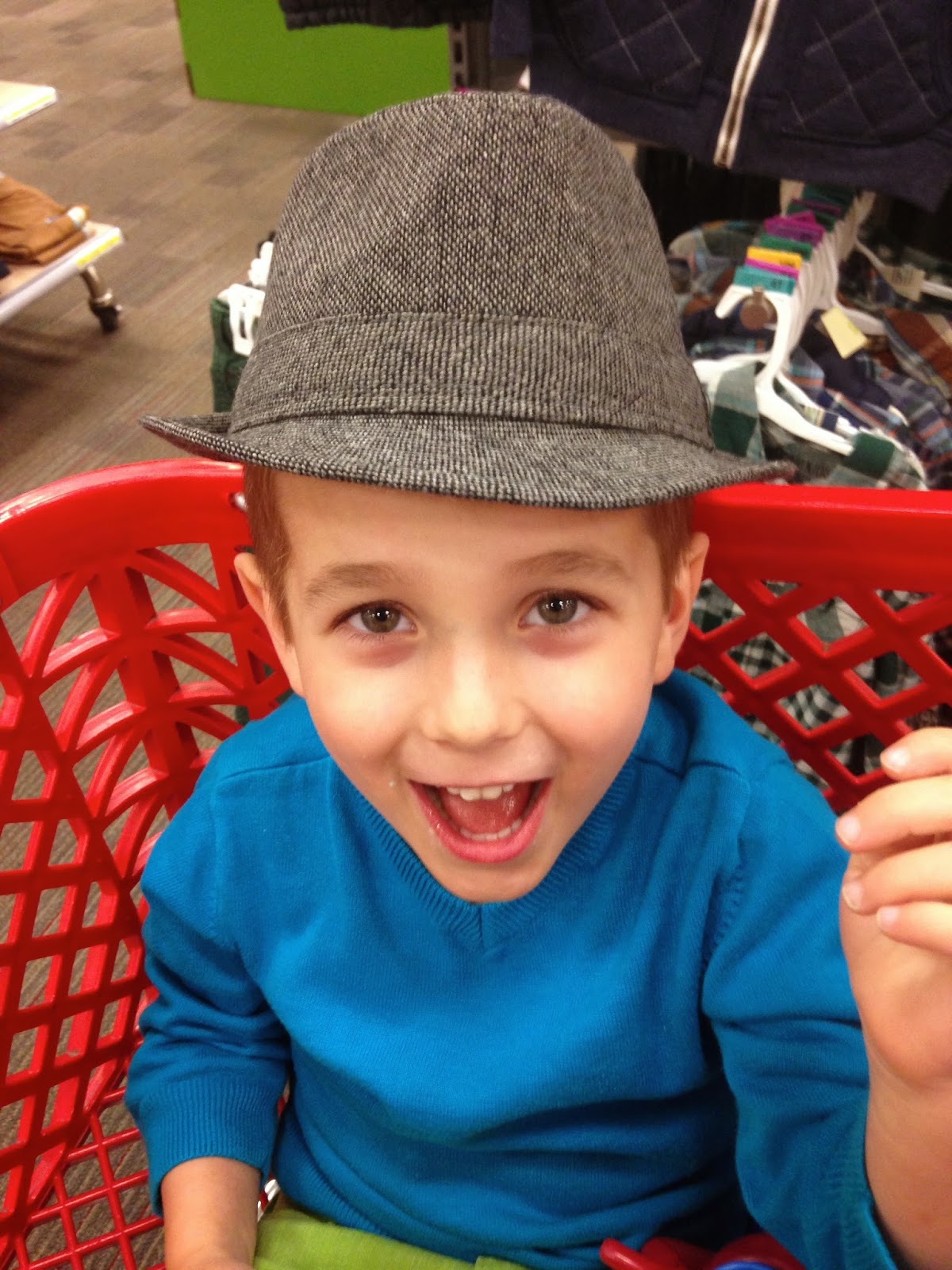 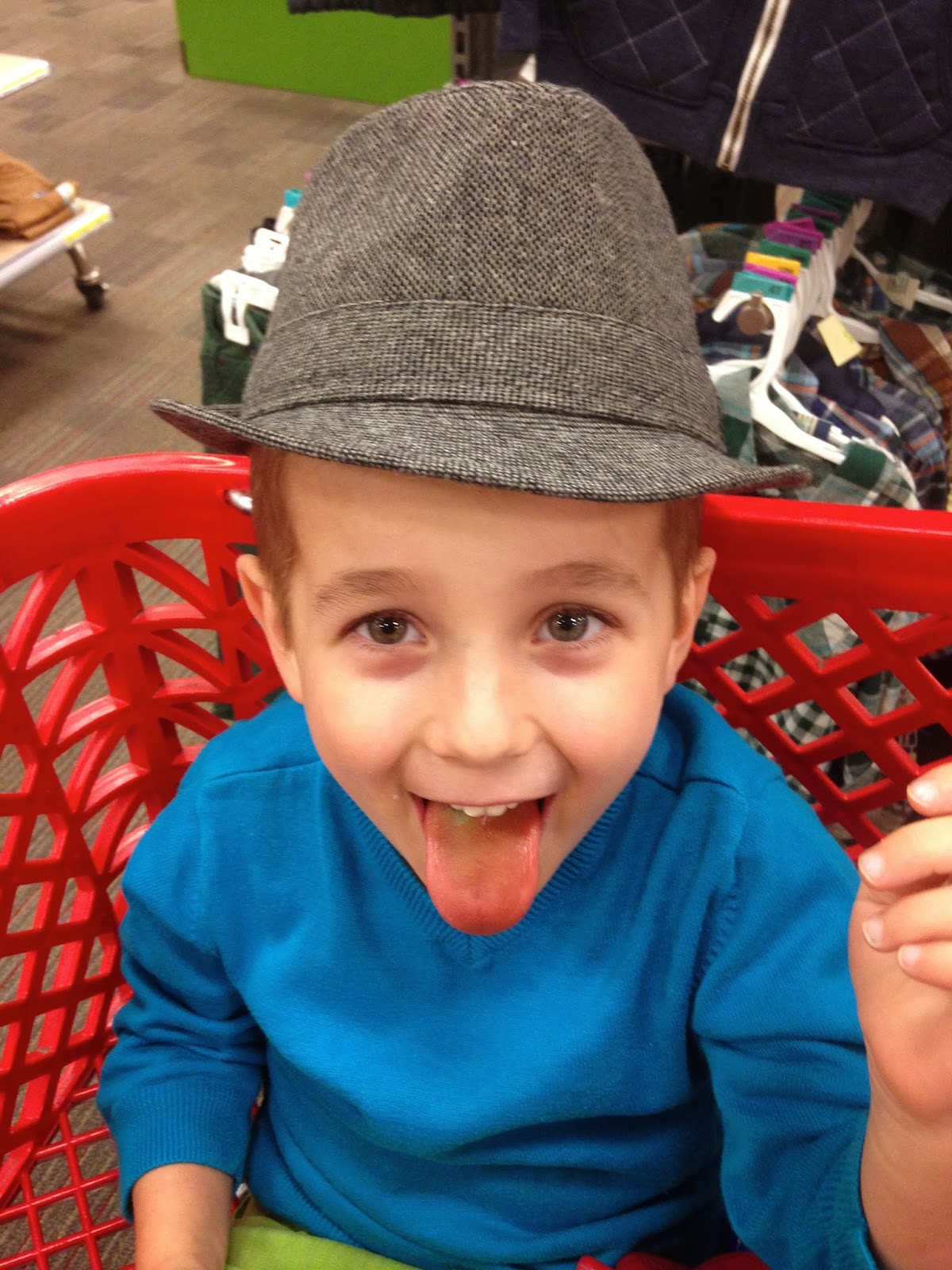 Greens: I wasn’t raised in the south. Having been here for several years now, I’m pretty accustomed to the culture! However, I do NOT get the whole “greens” thing. Zach went and filled an entire storage tub with mustard greens and did a TON of work to be able to eat them! Maybe it’s bc I can’t smell so I don’t really enjoy food all that much? But I don’t get it! Kye loved helping though and wants to have a more successful garden this year in our backyard! 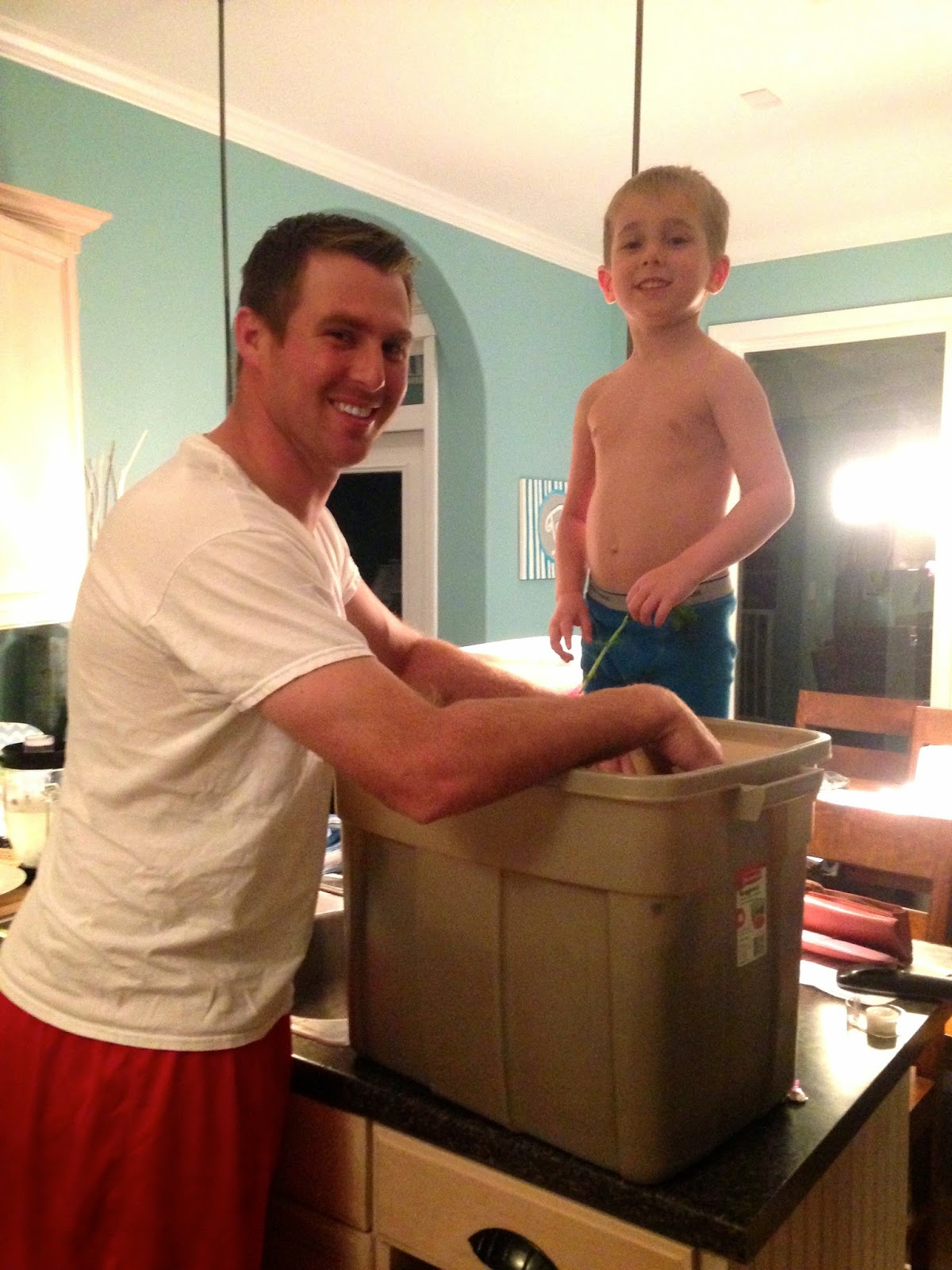 Mr Builder: Kye loves loves loves to help Zach build things and work on projects around the house. They will be out in the storage shed and I can hear all kinds of sounds that make a mama nervous (I learned not to go out there b/c it scares me to see Kye around all those tools!!! I just have to step back, trust Zach, and let them enjoy their time together). Kye always has all sorts of random things he’s built with his Daddy… 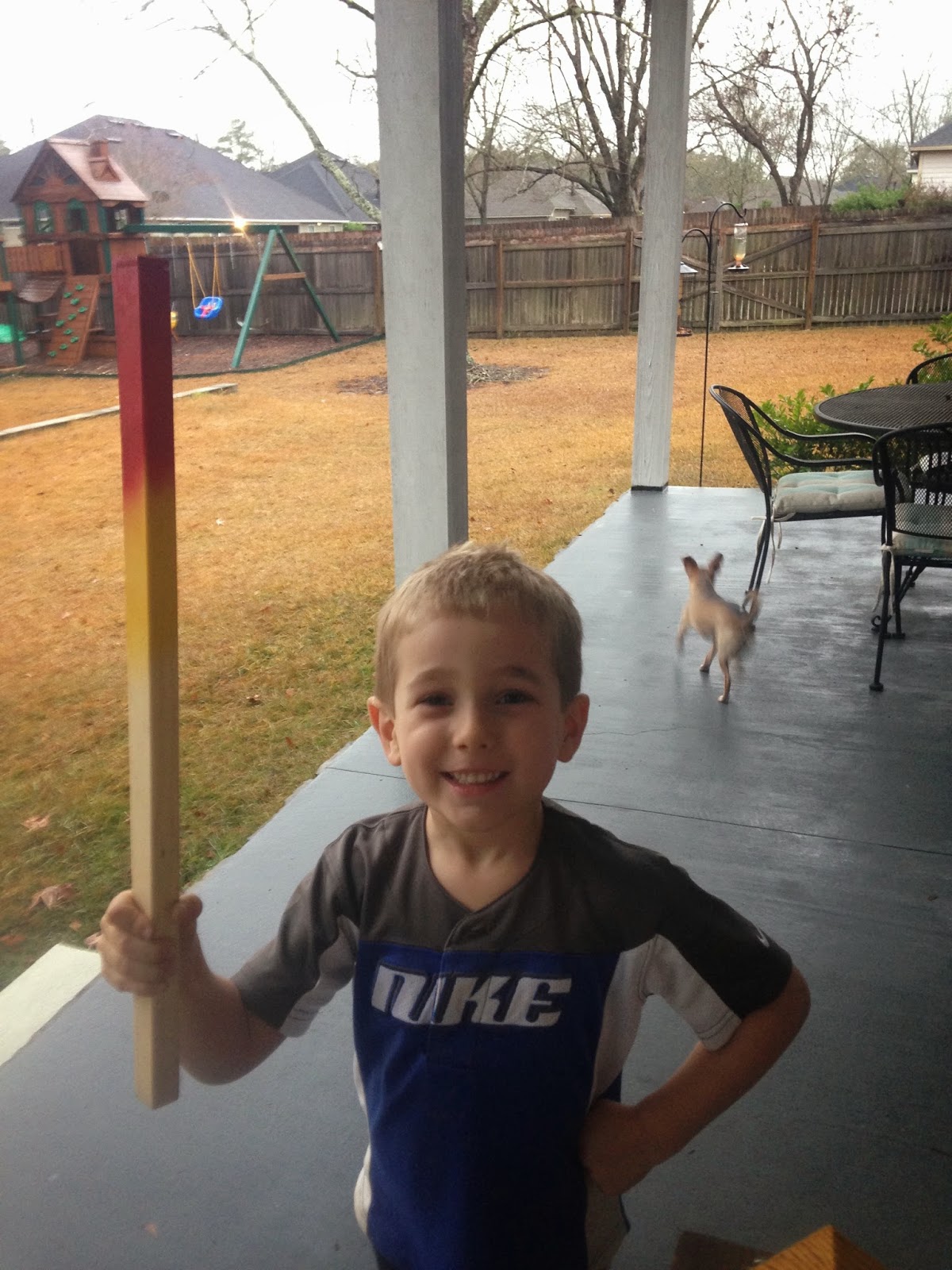 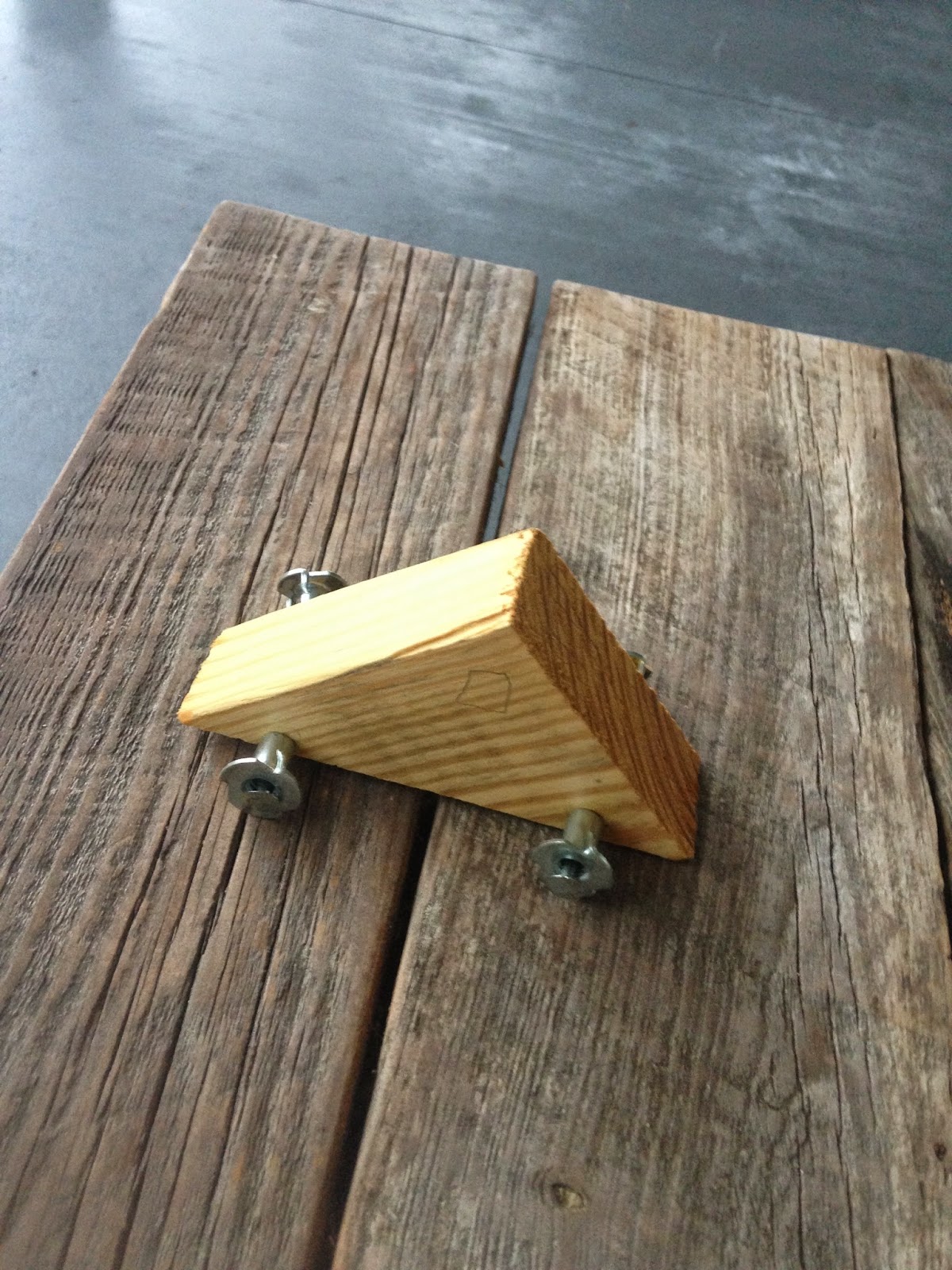 Preacher: Kye is my first child so I don’t have a lot to compare him to, but he just has a passion and heart that is for the Lord. It’s really an awesome thing and I truly believe he will bring so many people to Christ! This month he was really into carrying his Bible around the house with him and reading from it non-stop (much better thing to be carrying around than the little electronic game!). He had Britt and I sit down and “play church” with him so he could preach to us. He also started doing prayer cards. He wrote out a bunch of little prayers on pieces of paper he cut out. I found them all over the house haha but it was so sweet to know what prayers were on his heart. A lot of people have a hurt foot like his mama 😉 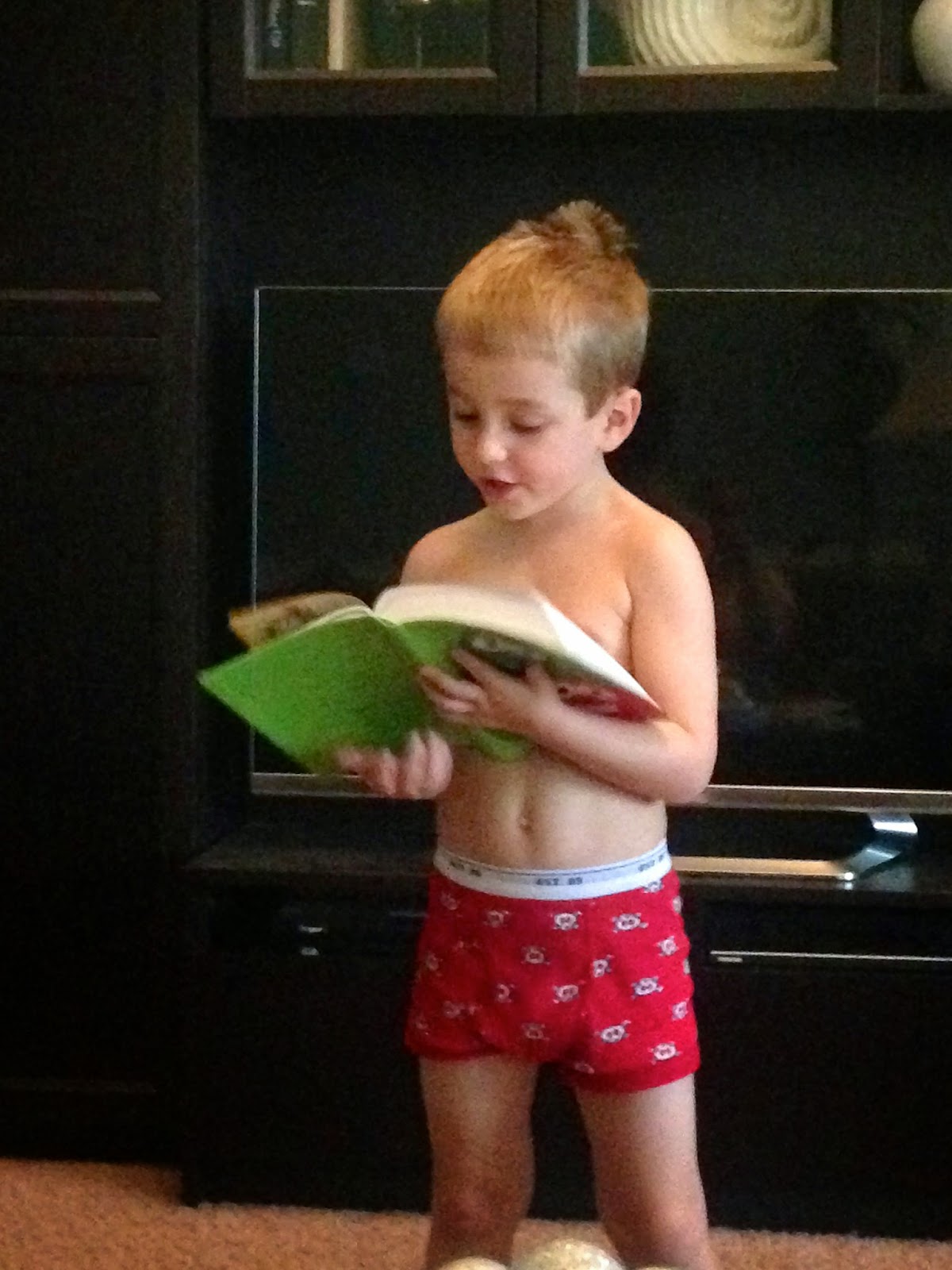 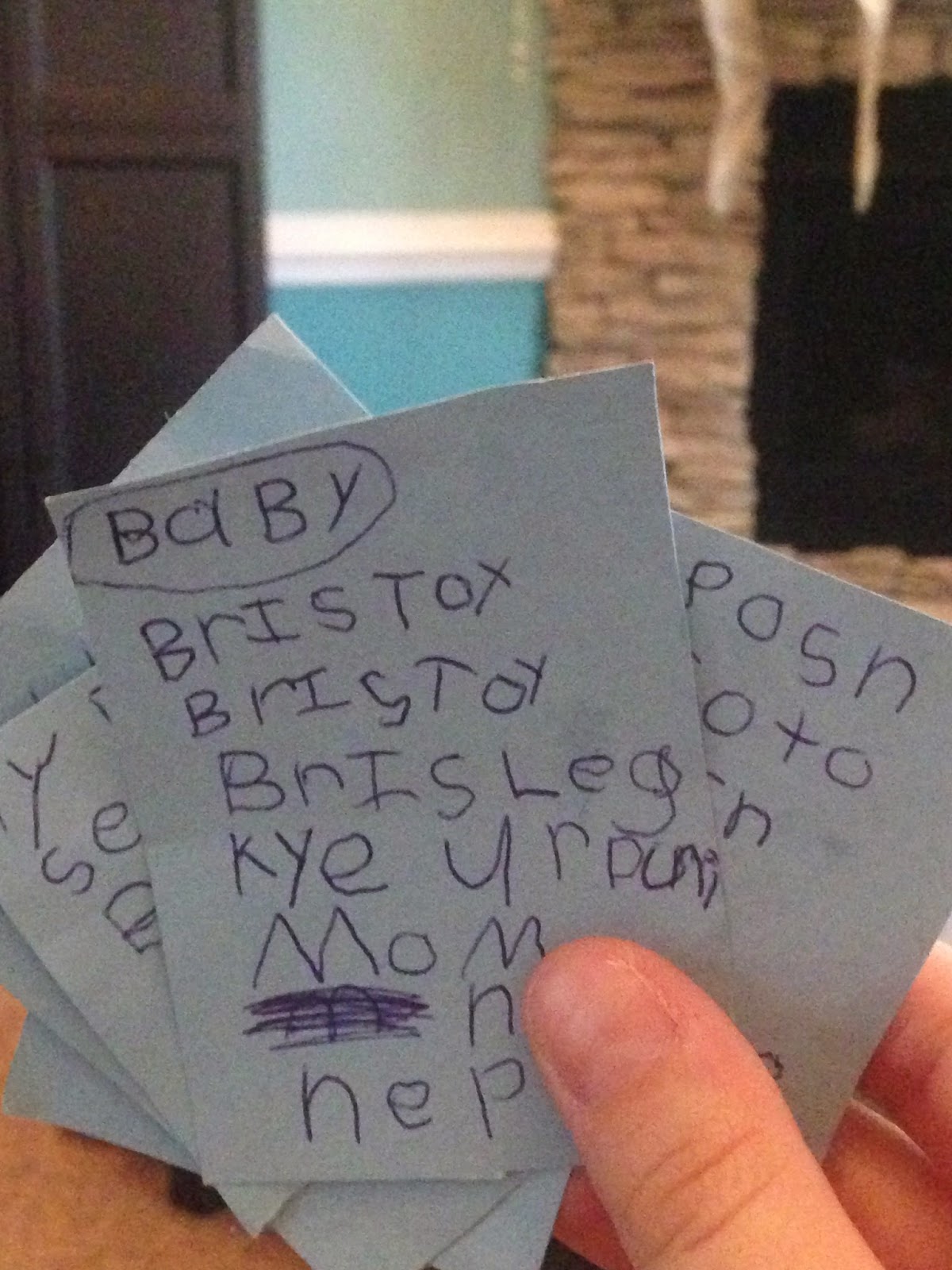 Photographer: Not only was Kye a preacher this month. but he was also a photographer. If you are looking for a good gift for a child…this camera

is awesome. Maybe it’s just because they have a  mom who takes constant pics…but both Kye and Britt LOVE taking pictures with their cameras and they love looking through all the pictures on it as well. It’s super adorable. I guess Tess likes it too 😉 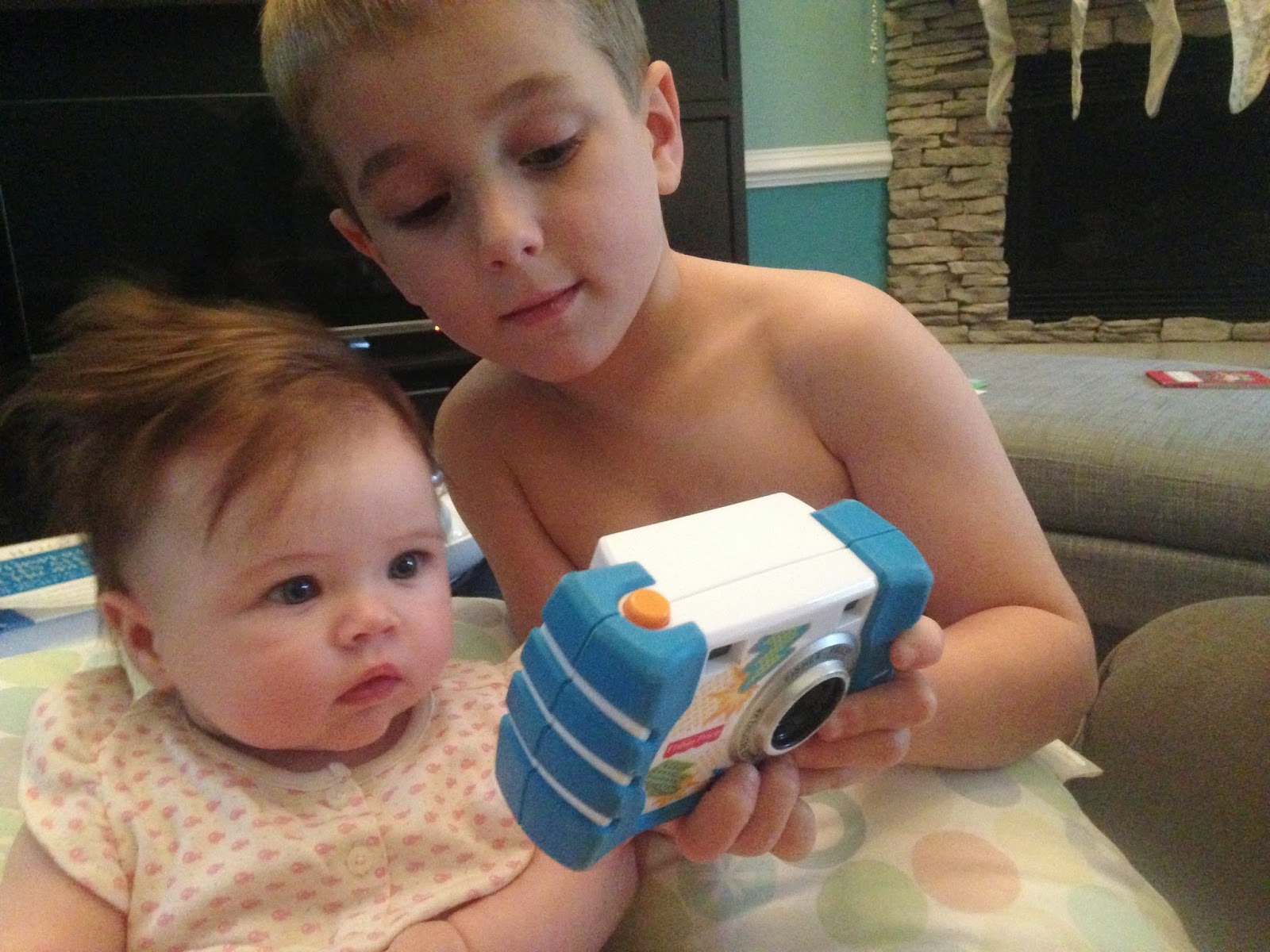 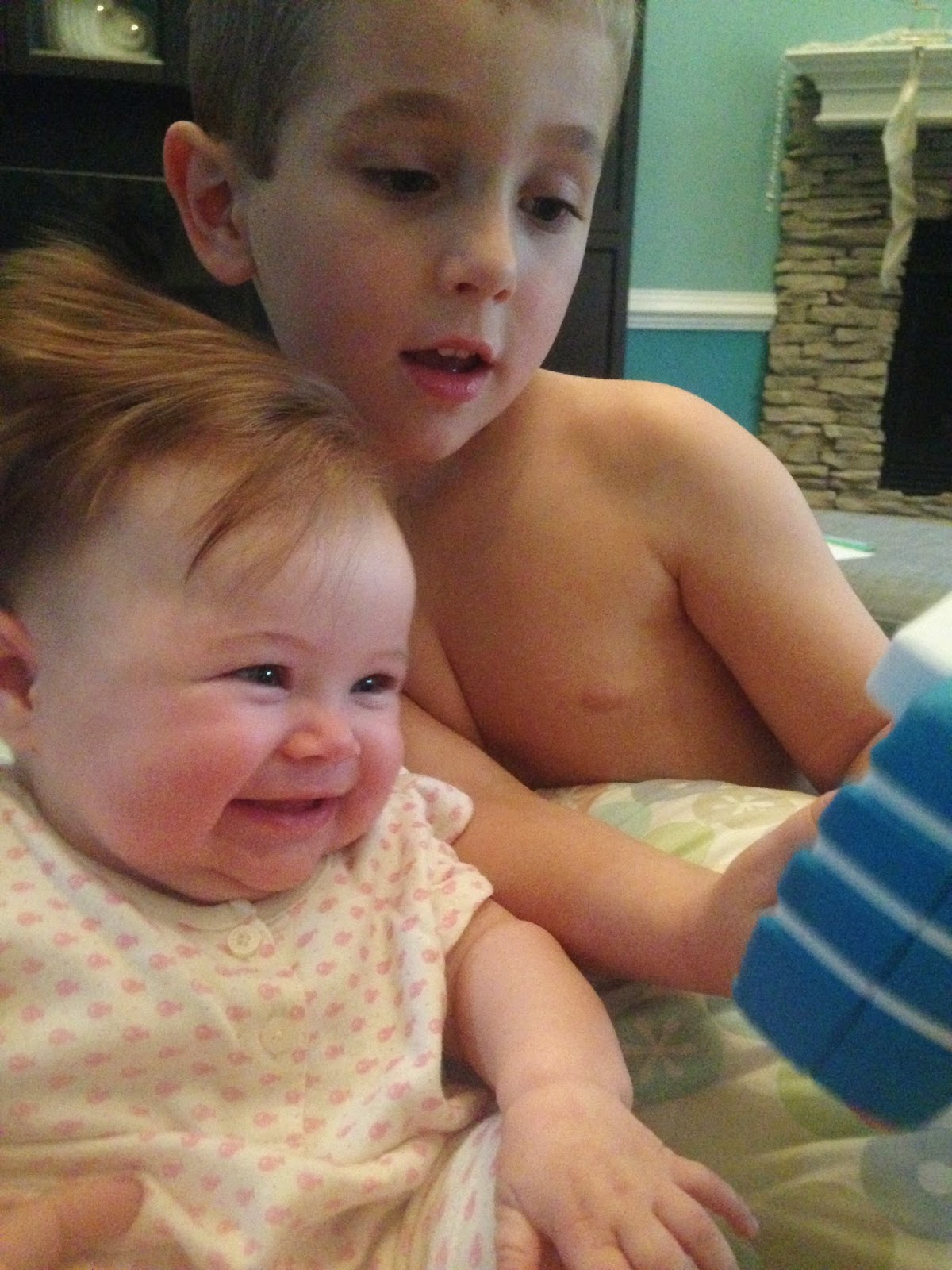 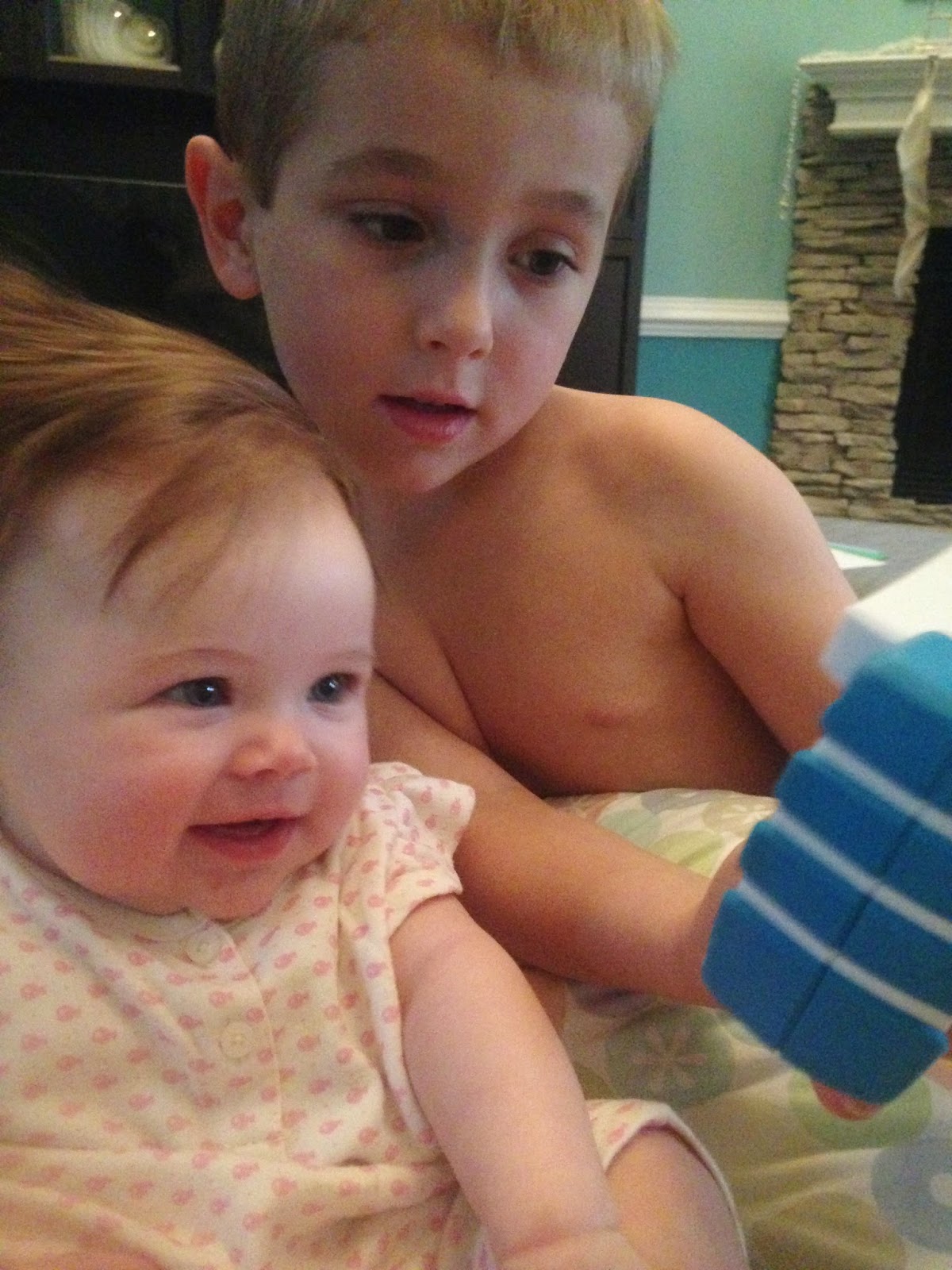 Cleaning: I miss Kye being a little baby…but gah there are a lot of advantages to him being older 😉 One is how HELPFUL he is! Britt “helps” but Kye HELPS. He can legit participate in caring for our home and I don’t have to go behind him and redo anything 😉 I’ve been putting him to work! 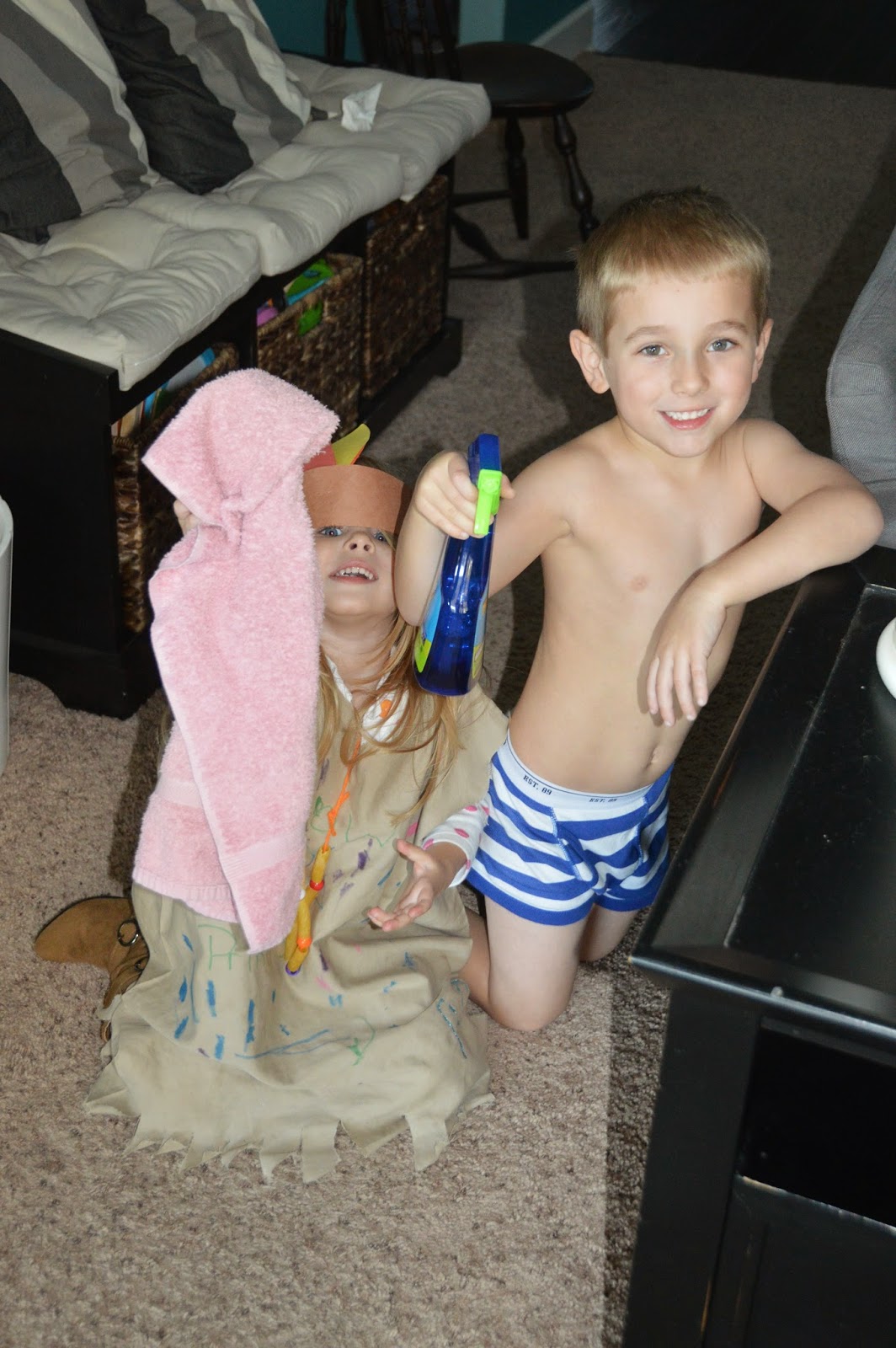 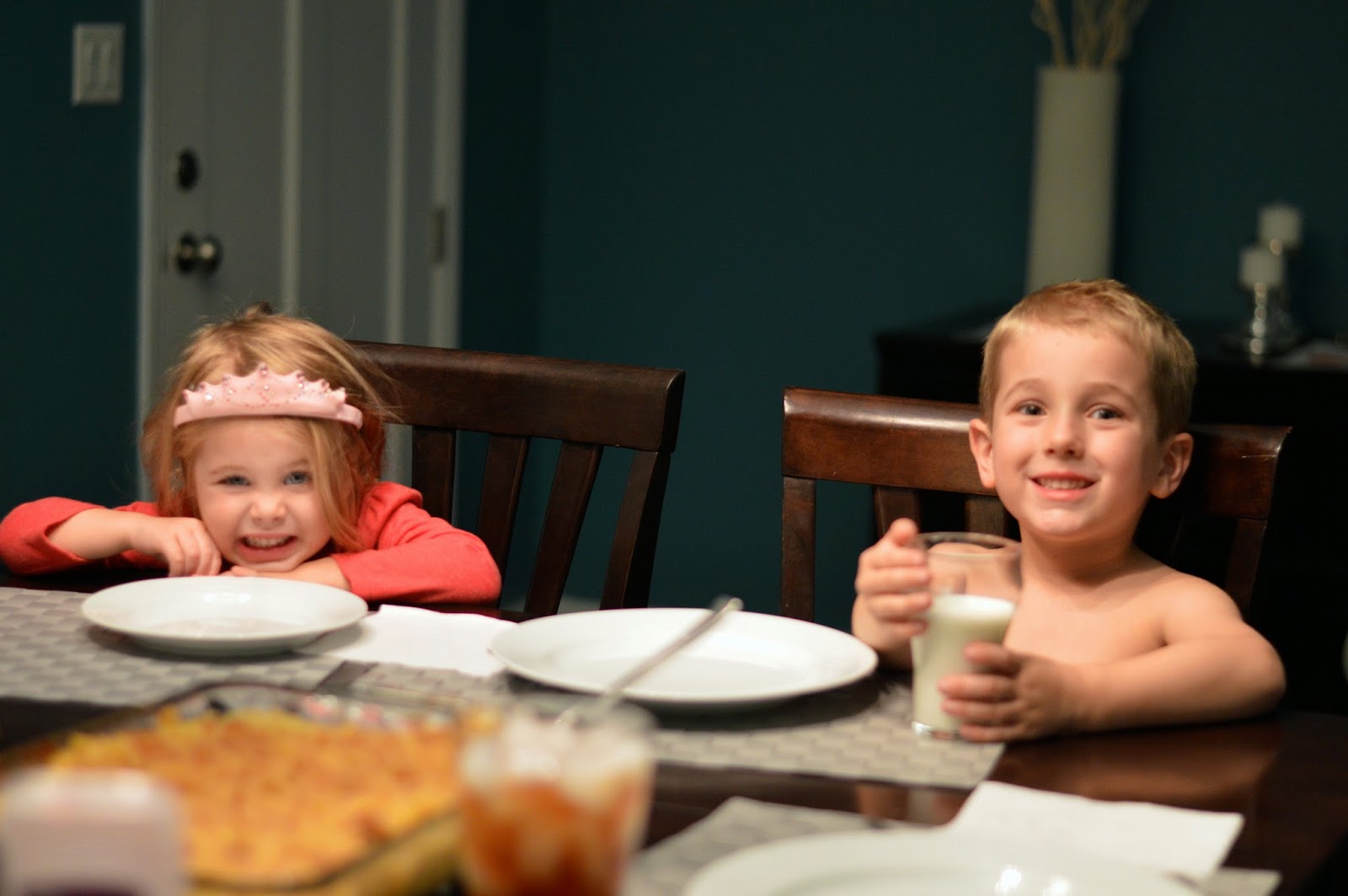 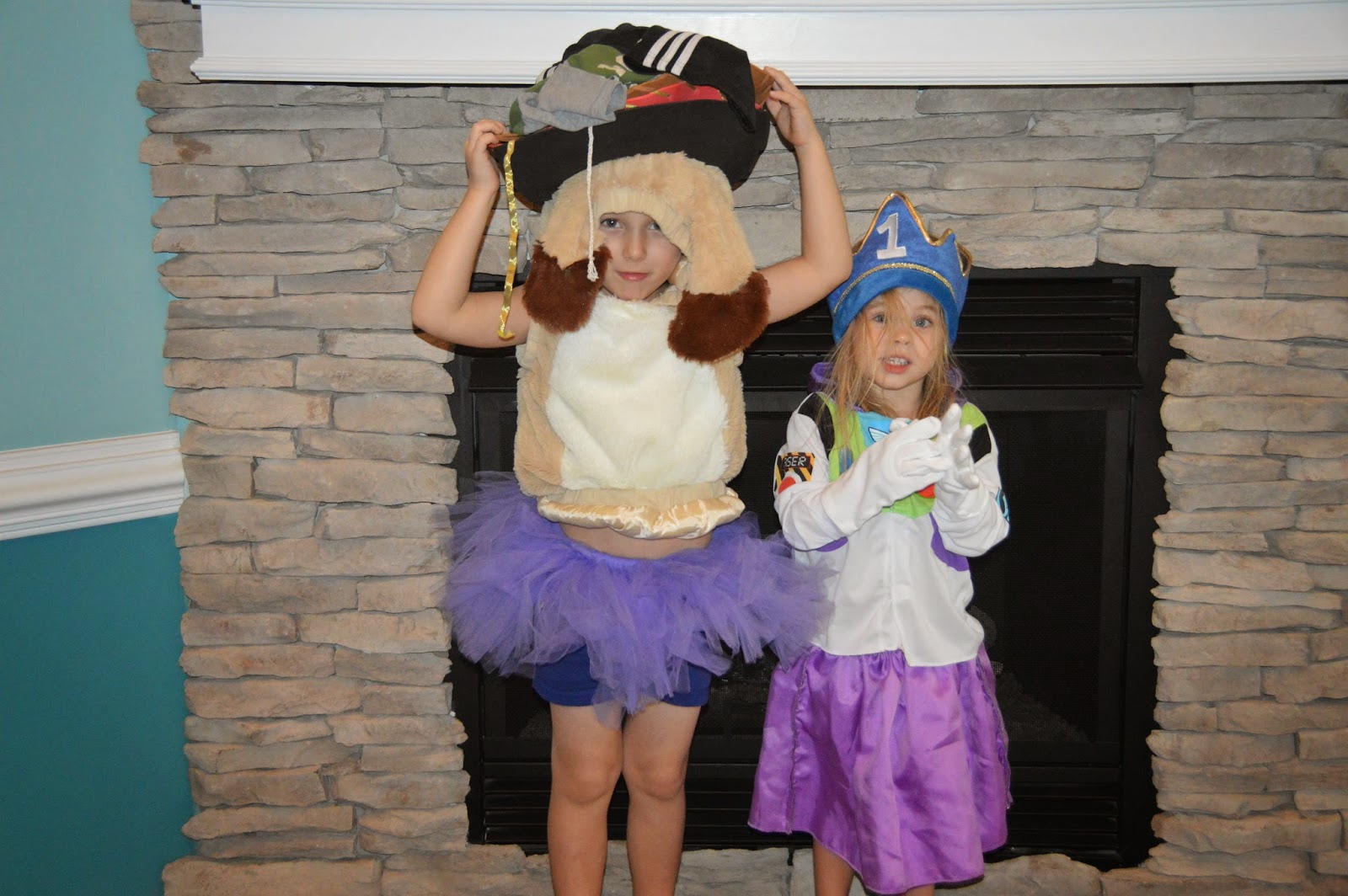 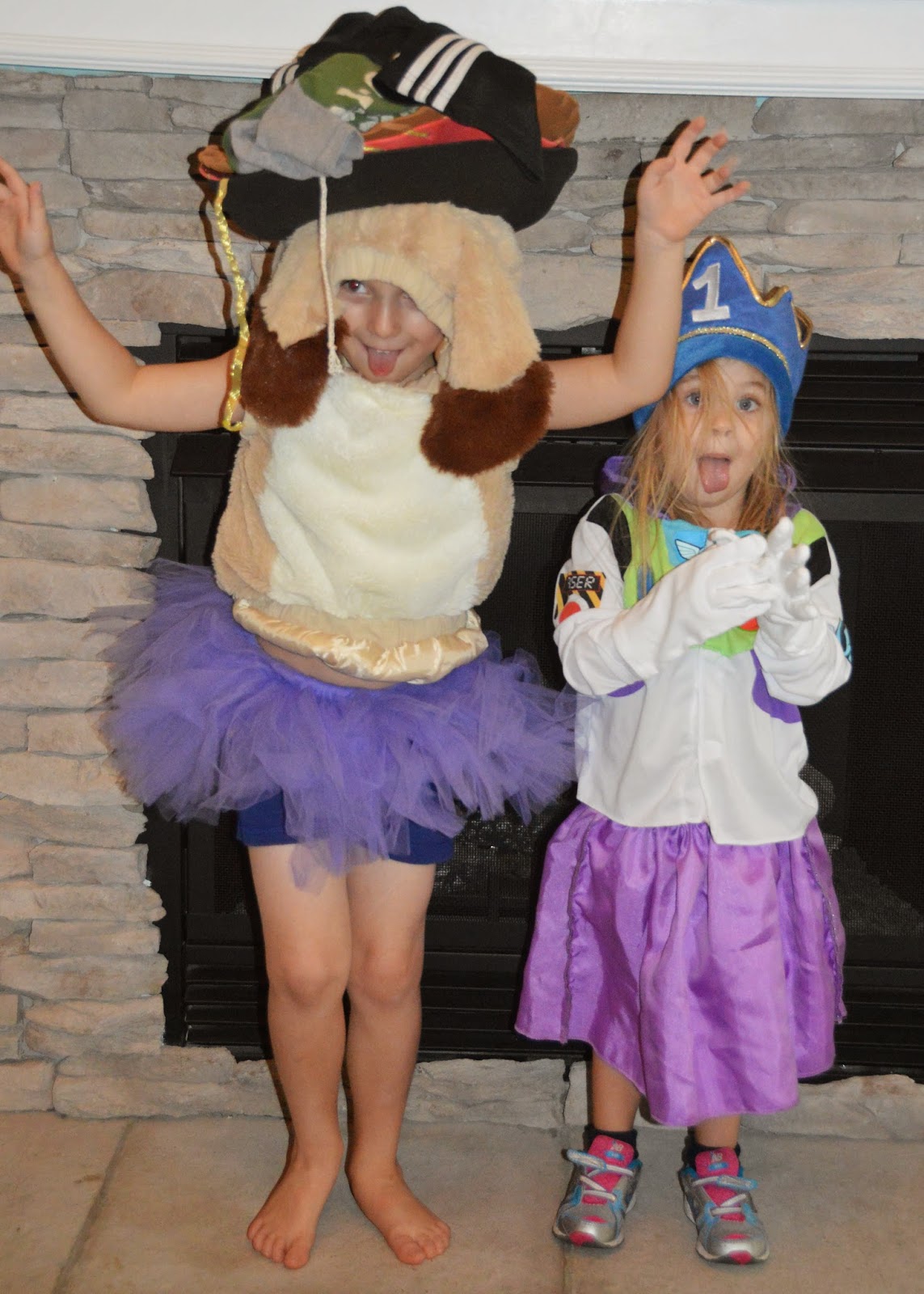 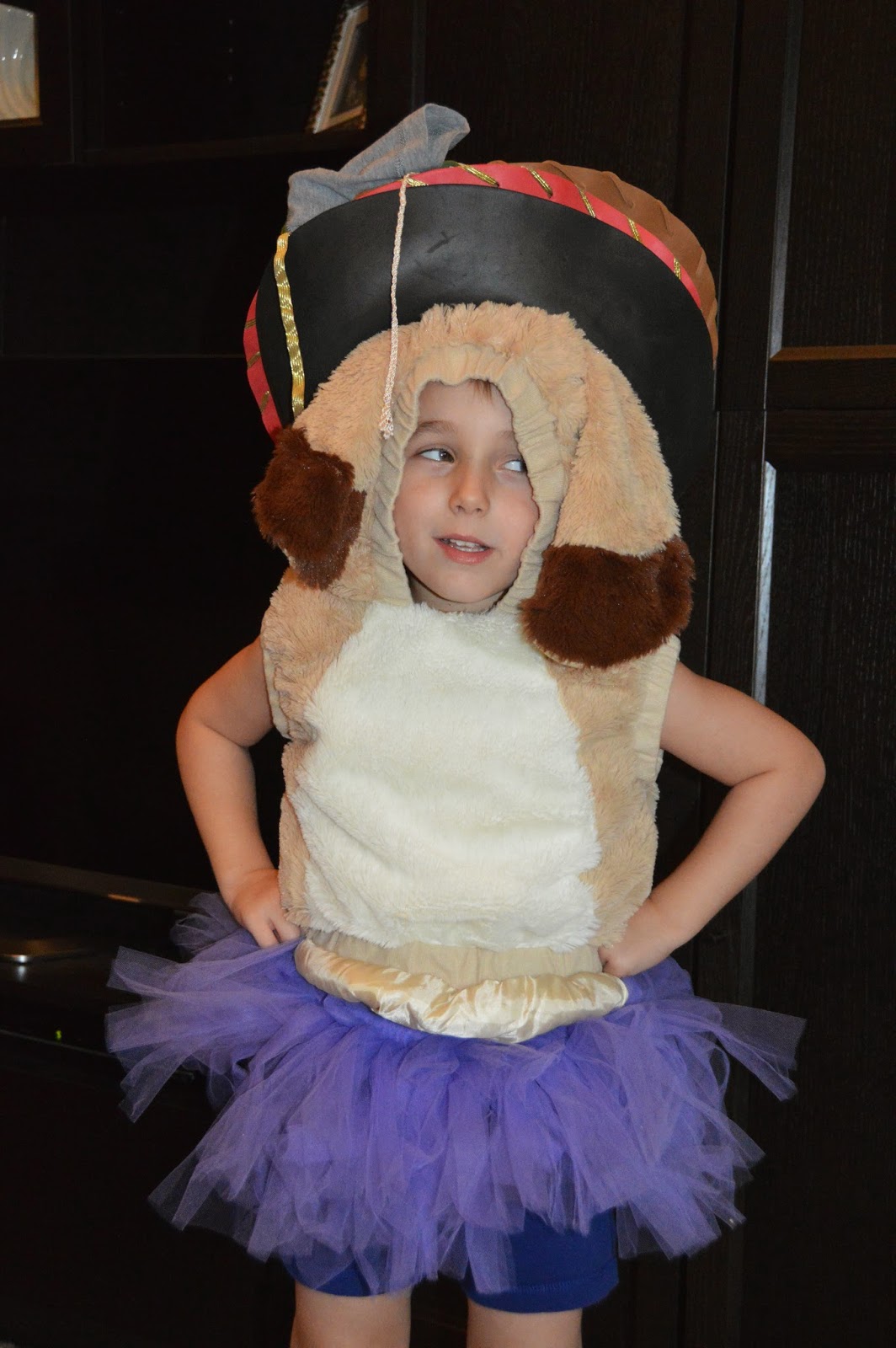 Kye enjoys making “feasts” for us in the playroom 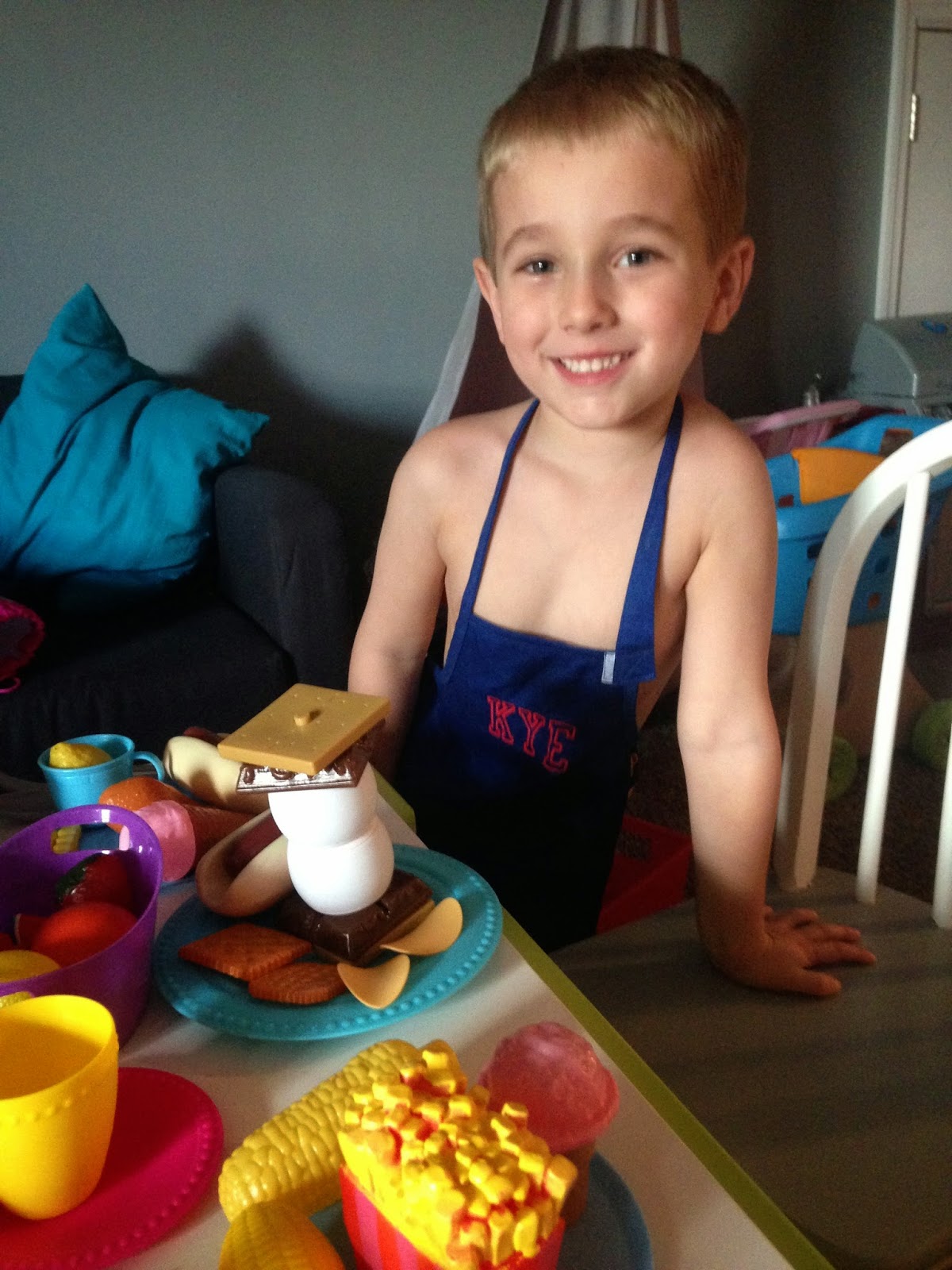 But his FAVORITE thing is playing with Tess 🙂 The excitement about her has yet to wear off for him! 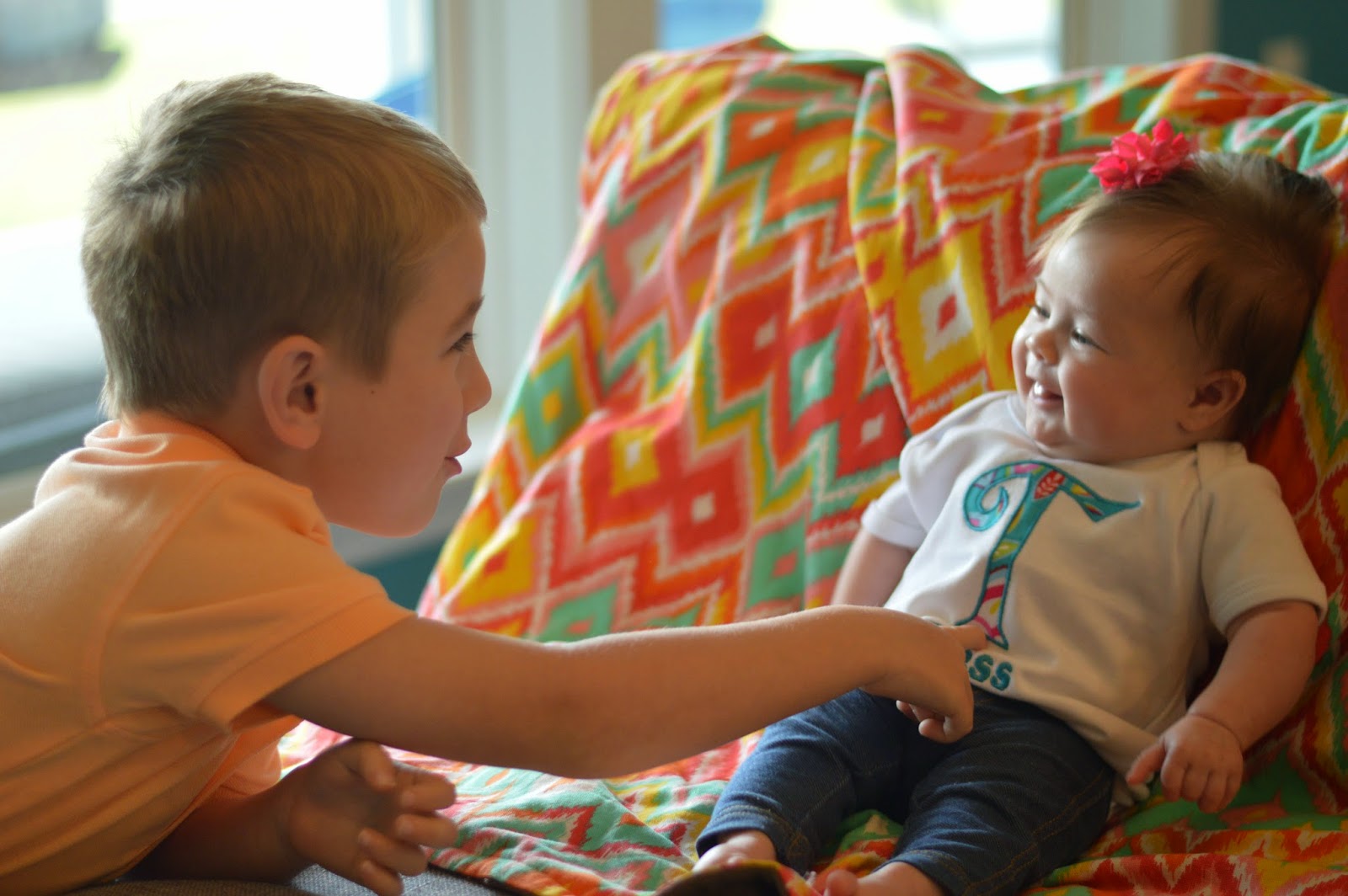 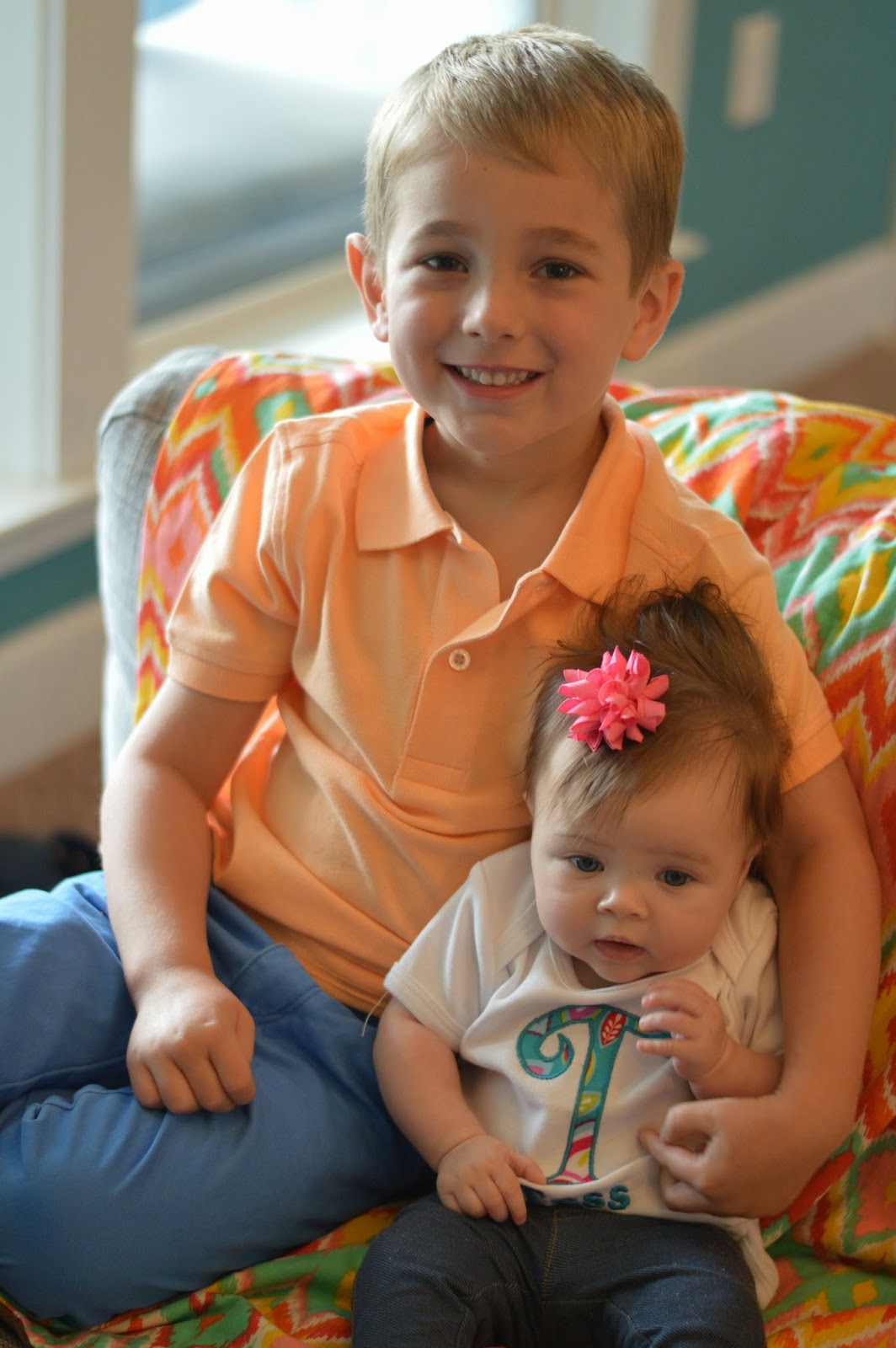 Sidenote: We need to work on some more MANLY poses for this kid though…any suggestions? He immediately does the hands-on-the-hip thing b/c that’s MY go-to pose and he thinks that’s just what people do in pictures hahahaa. I thought maybe about having him cross his arms across his chest? But then you can’t see his cute clothes 😉 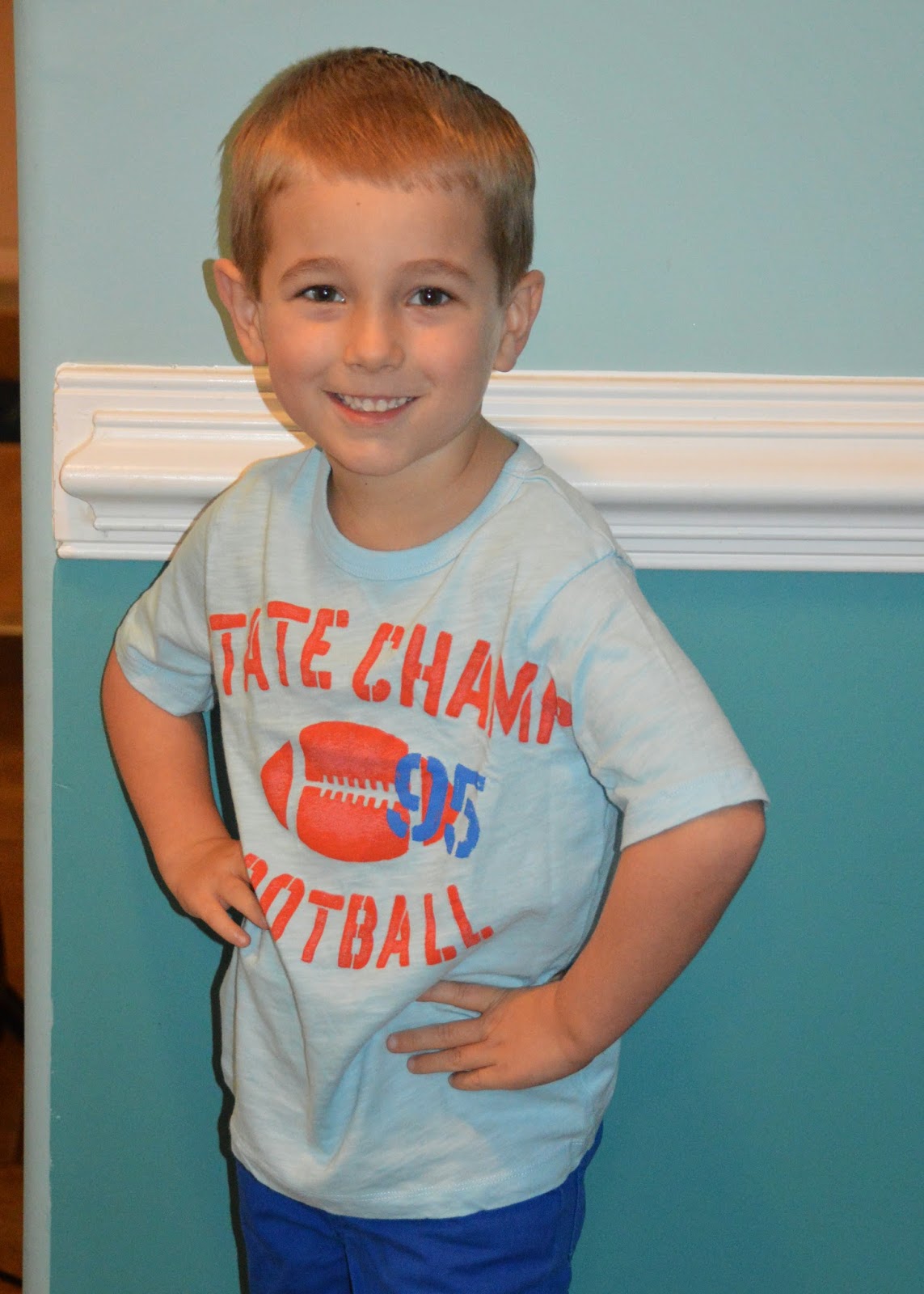