We went to the dentist this month for both Kye and Britt. As usual, Kye did a great job. They had to do another X-Ray because at his last visit they didn’t see some of his back teeth in his gums and had some concerns whether or not he had them. This X-Ray reveled that he does have them so no worries there. He has a SMALL jaw and the hope was since he’s losing teeth a little older than his peers that maybe it’d give time for his jaw to widen up some. We’ll see. Cavity free and no concerns! 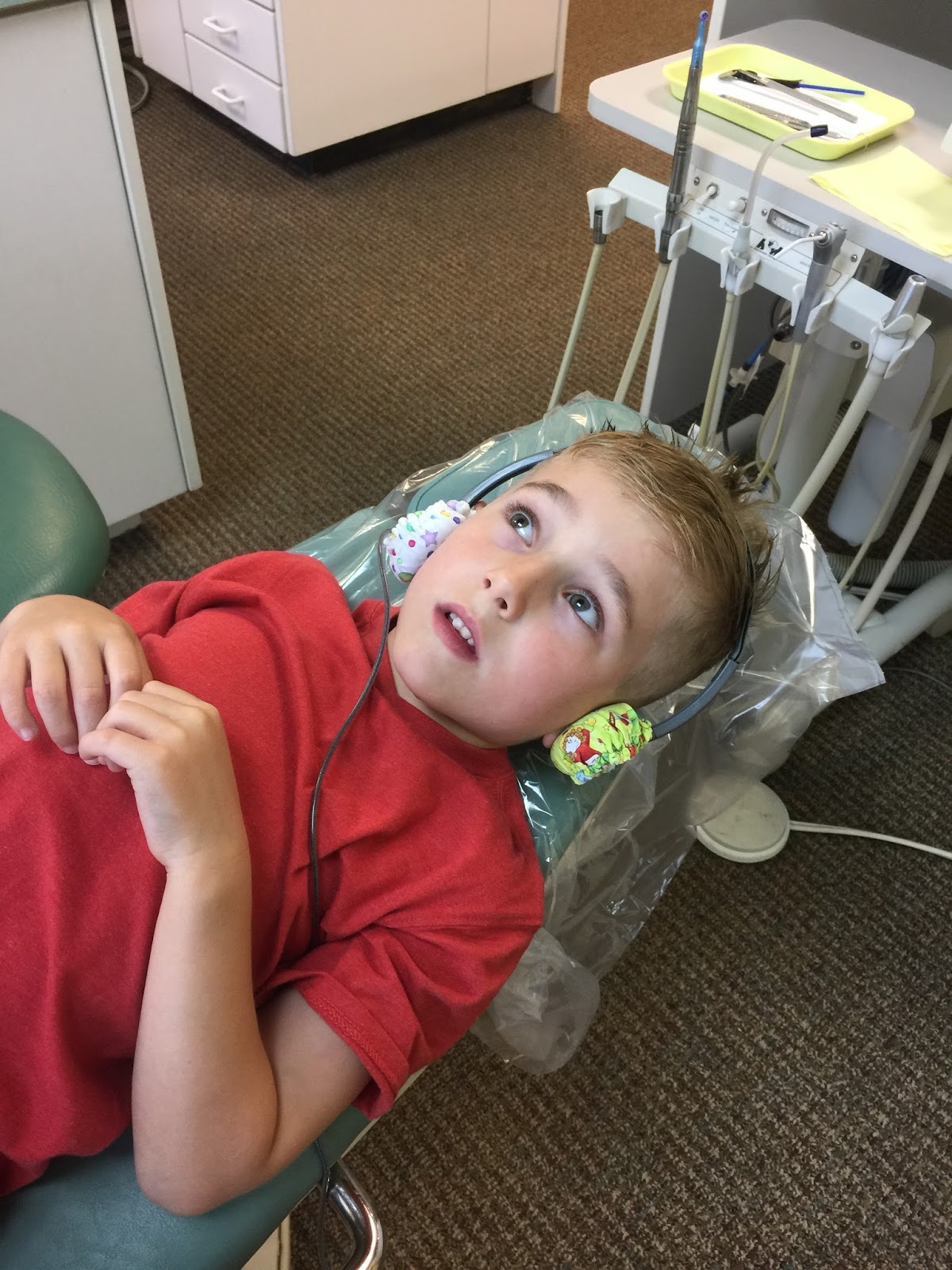 The end of 1st grade was really hard for me emotionally for some reason??? It was tougher than the beginning of the year for sure. I feel like Kye is just growing up SO fast on me and I’m not ready for the days of turning and waving goodbye to fade away. I’m thankful when I posted this on IG that a TON of mama’s said their older boys all still look for them and hug and kiss on them. Crossing fingers that Kye will be the same way! 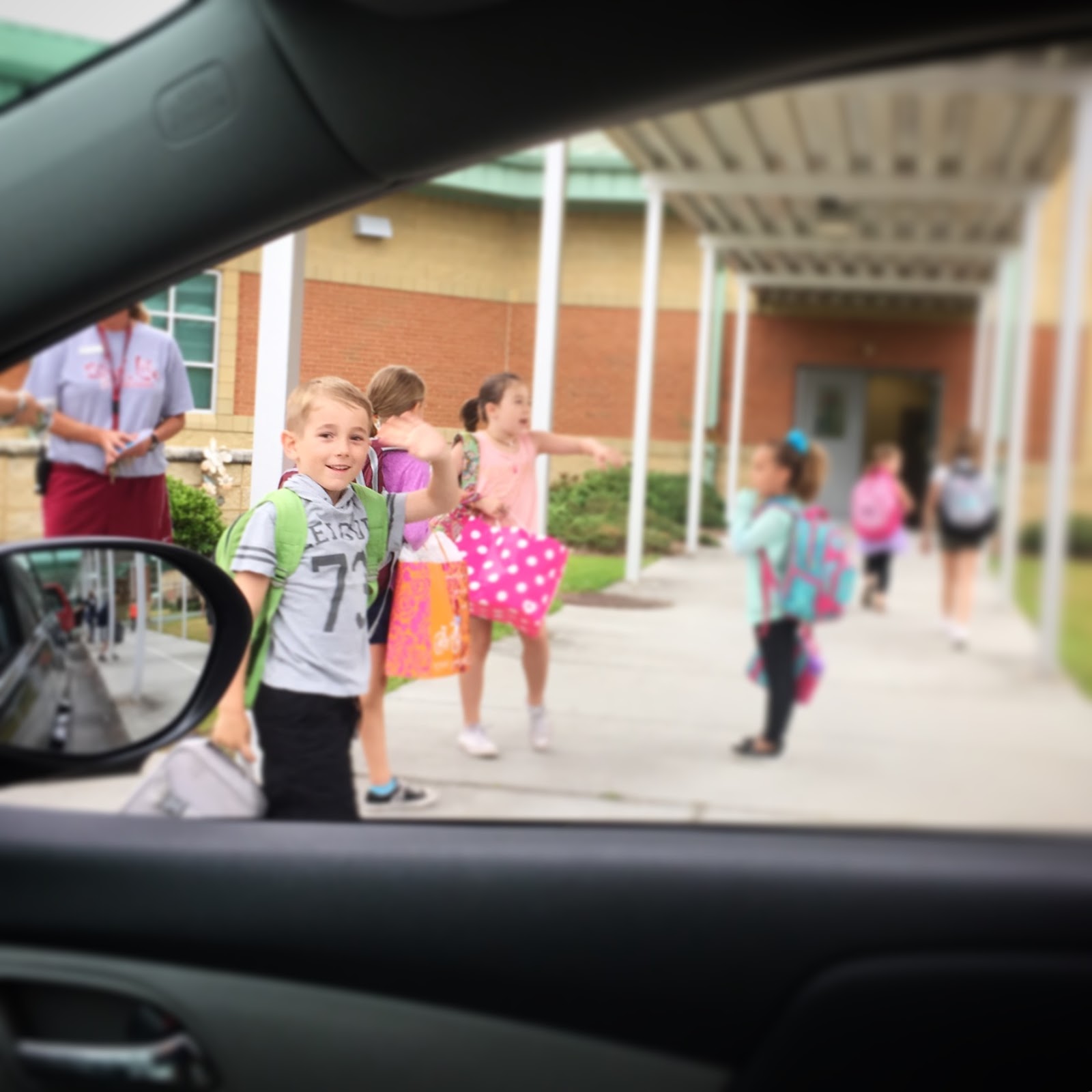 He had SUCH a great year and LOVED his teacher! He also really enjoyed Discovery (gifted). He went to gifted 4 days a week but will be doing all 5 this school year. Zach had the same teacher as a kid that Kye has for Discovery which is really neat! I loved these end of the year notes he wrote for his teachers: 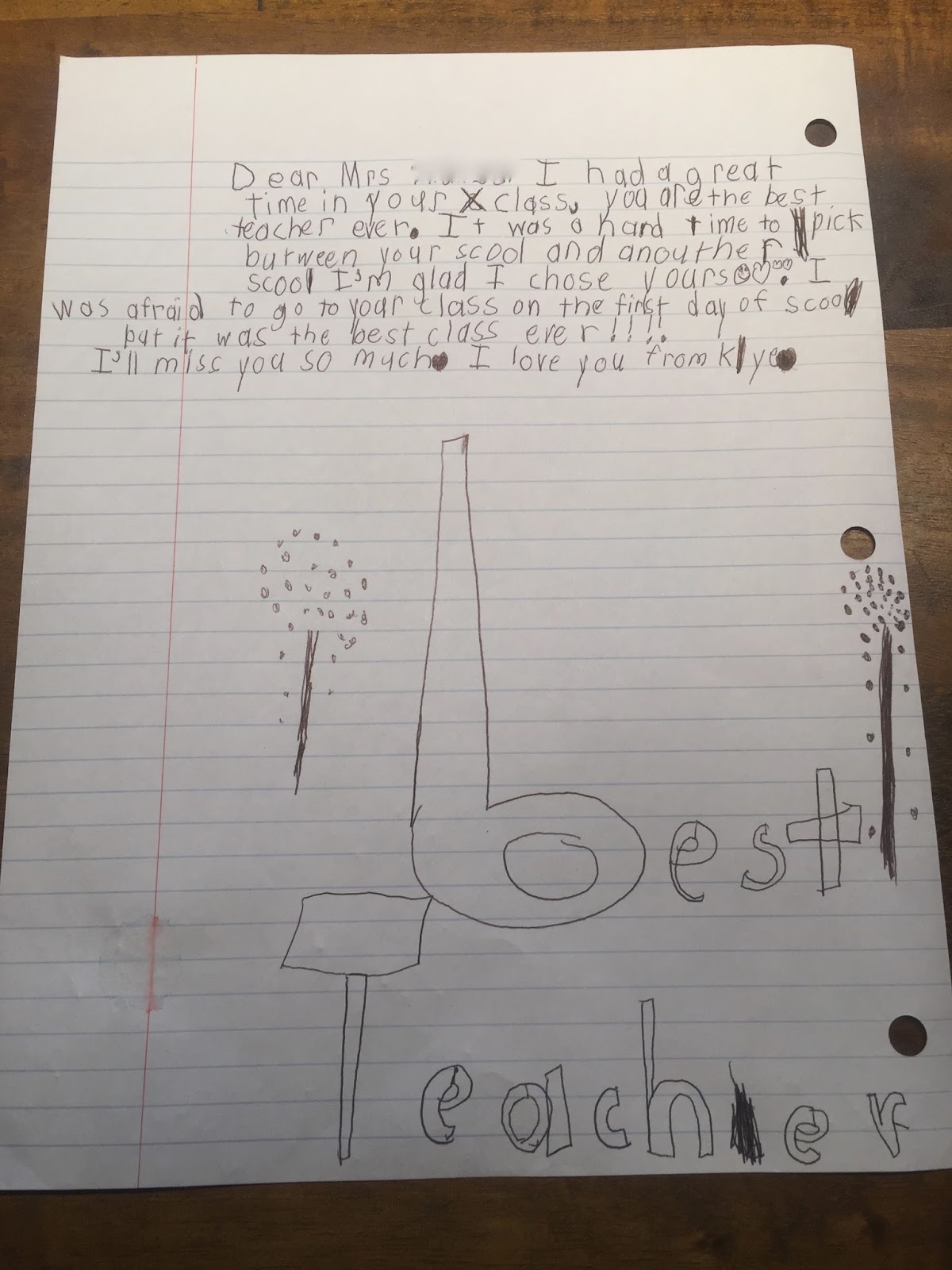 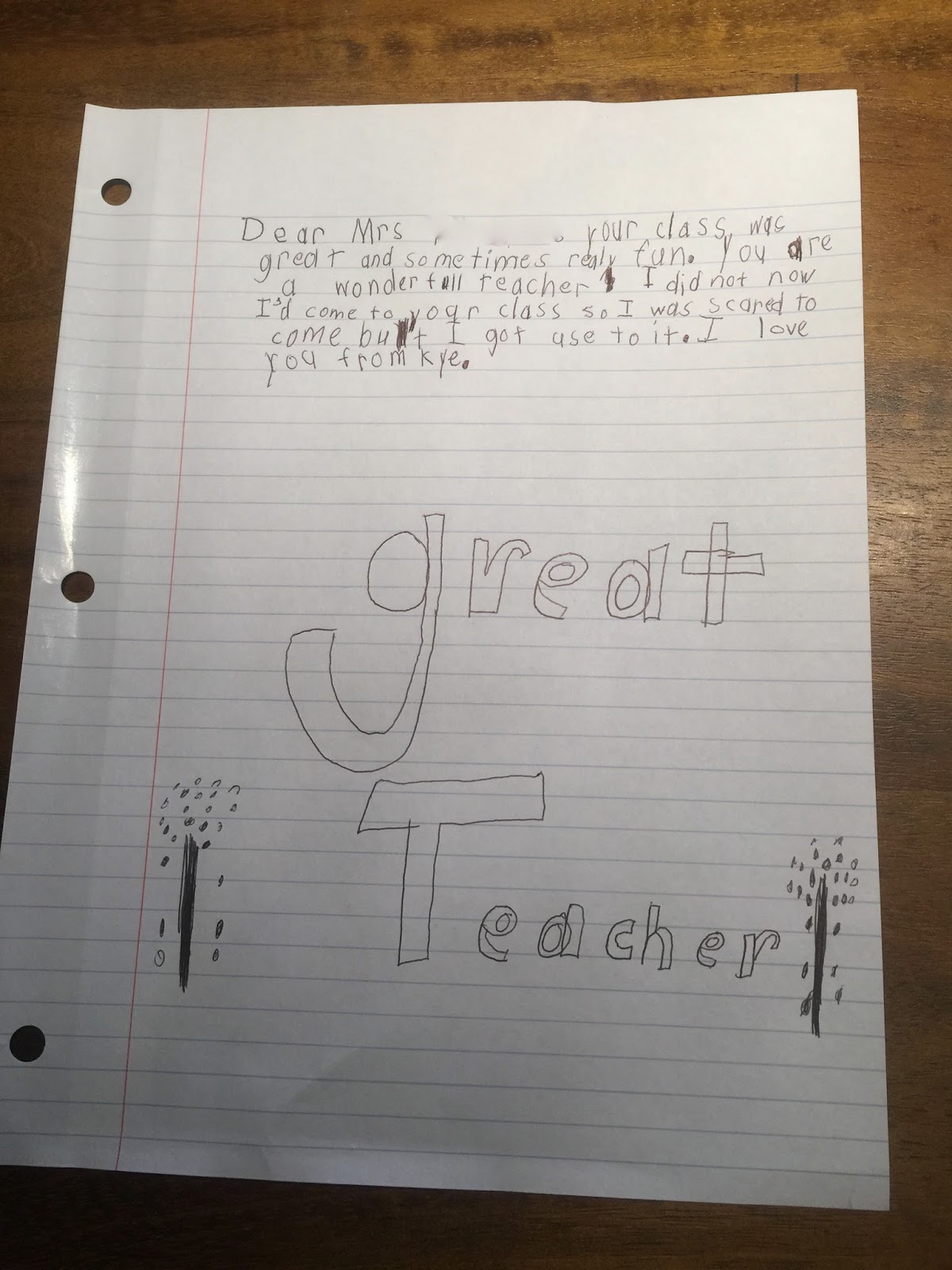 Every afternoon Kye gets off the bus and I wait for him either on our porch or out by the road. I love how he races to see me and if the girls are sleeping we will sit outside together and it’s usually his most talkative time of the day. Typically he’ll get chatty with me when I tuck him into bed at night too, but I’ll take as much one on one time with Kye as I can get! 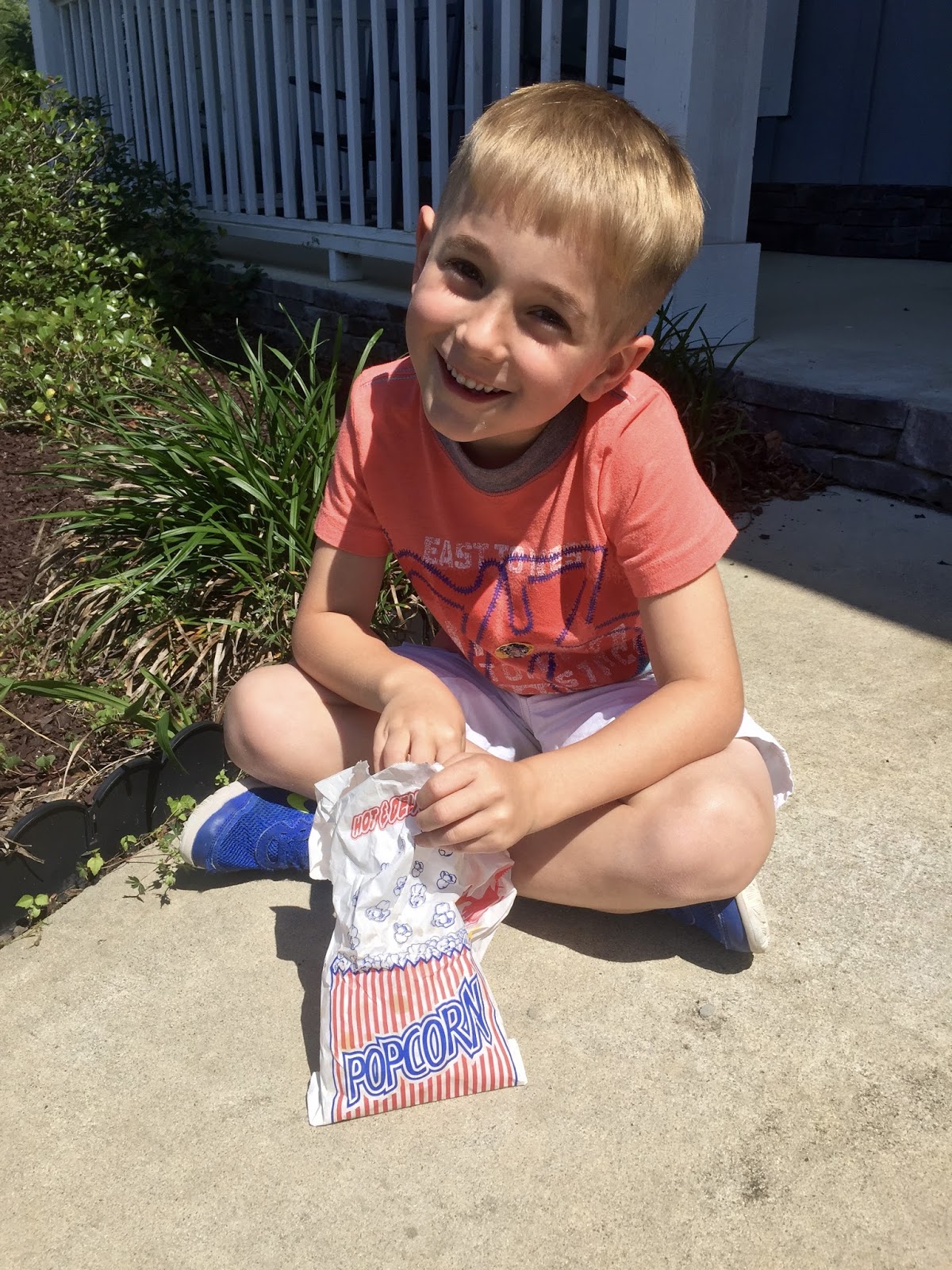 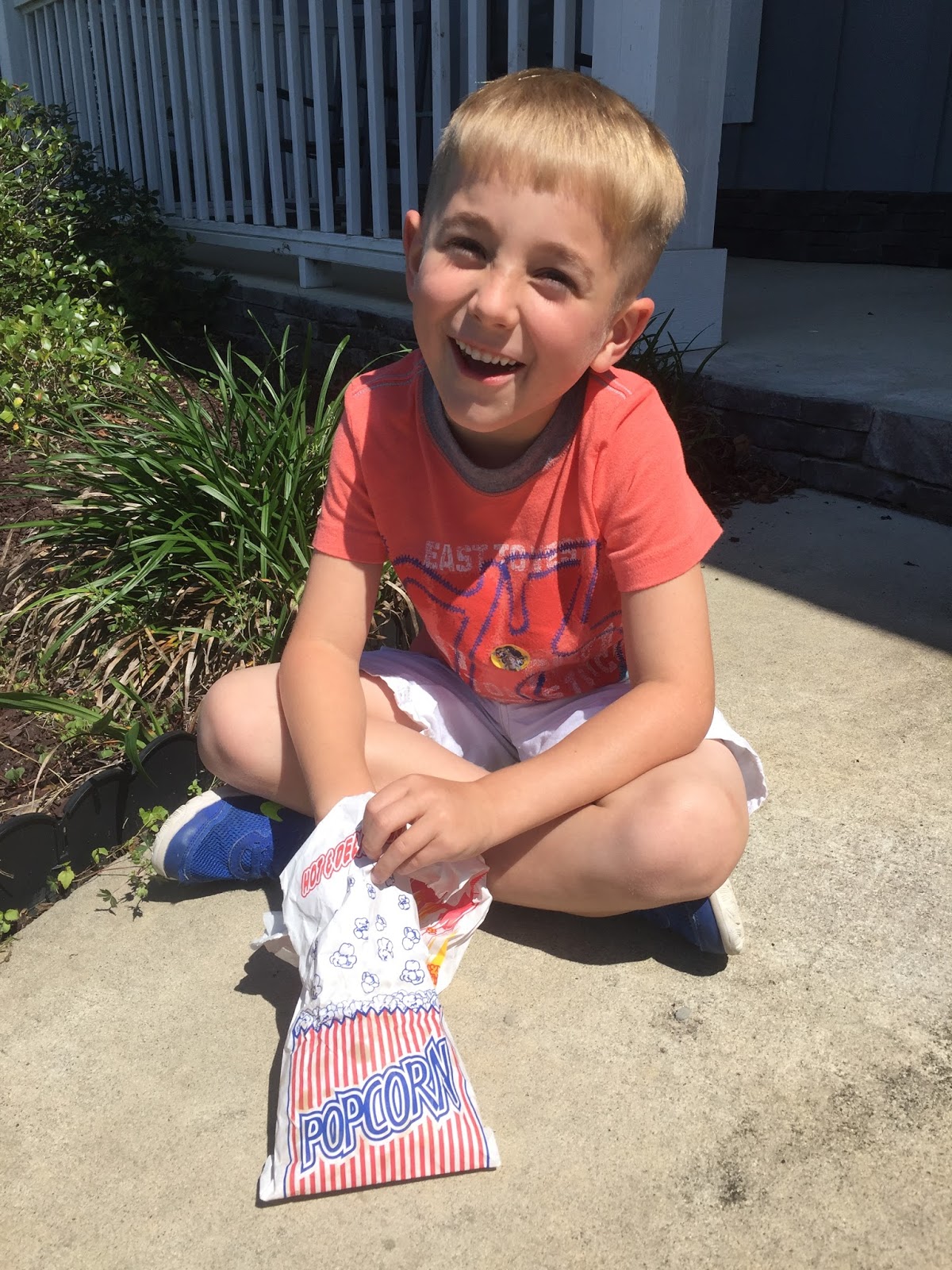 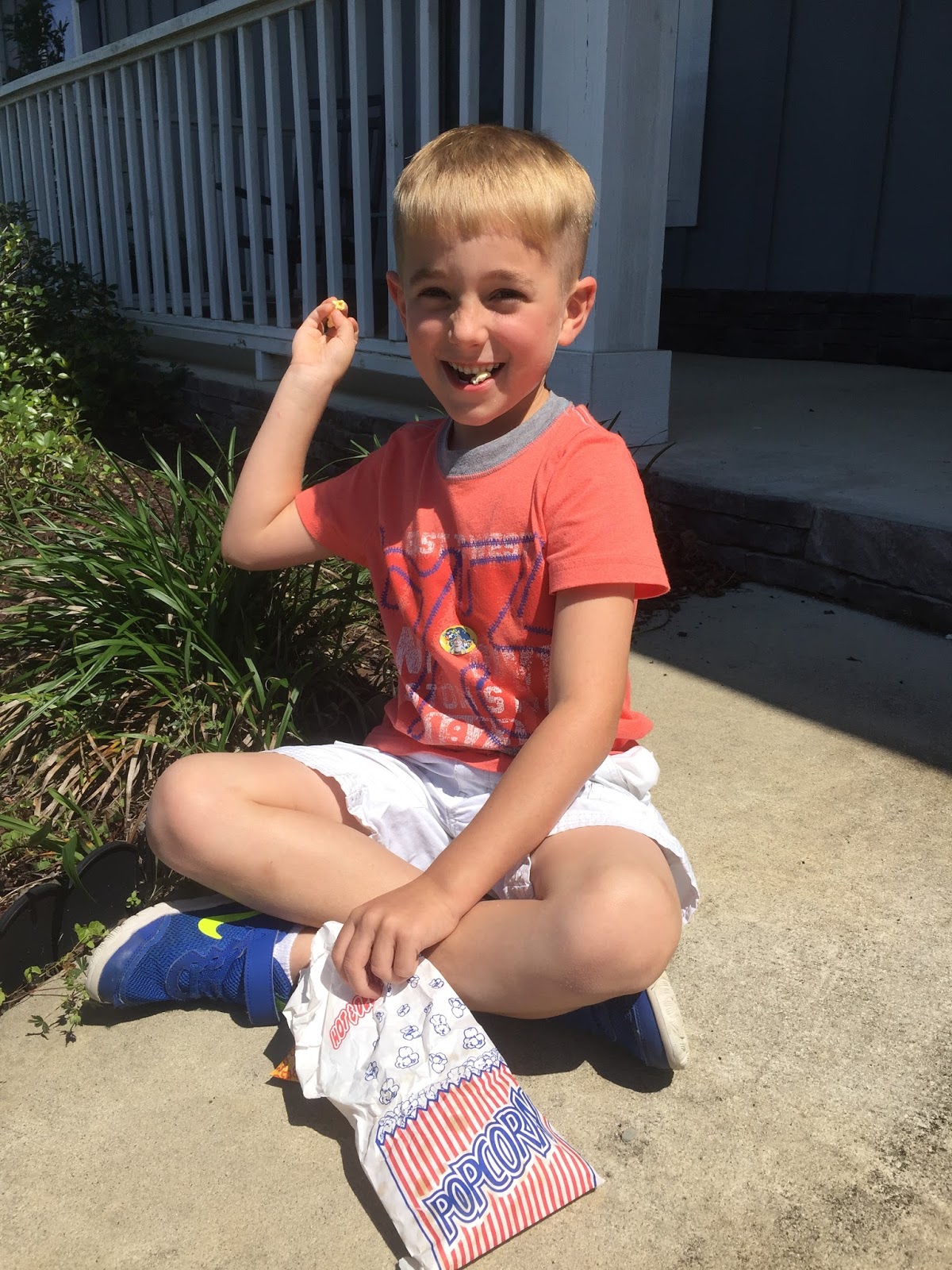 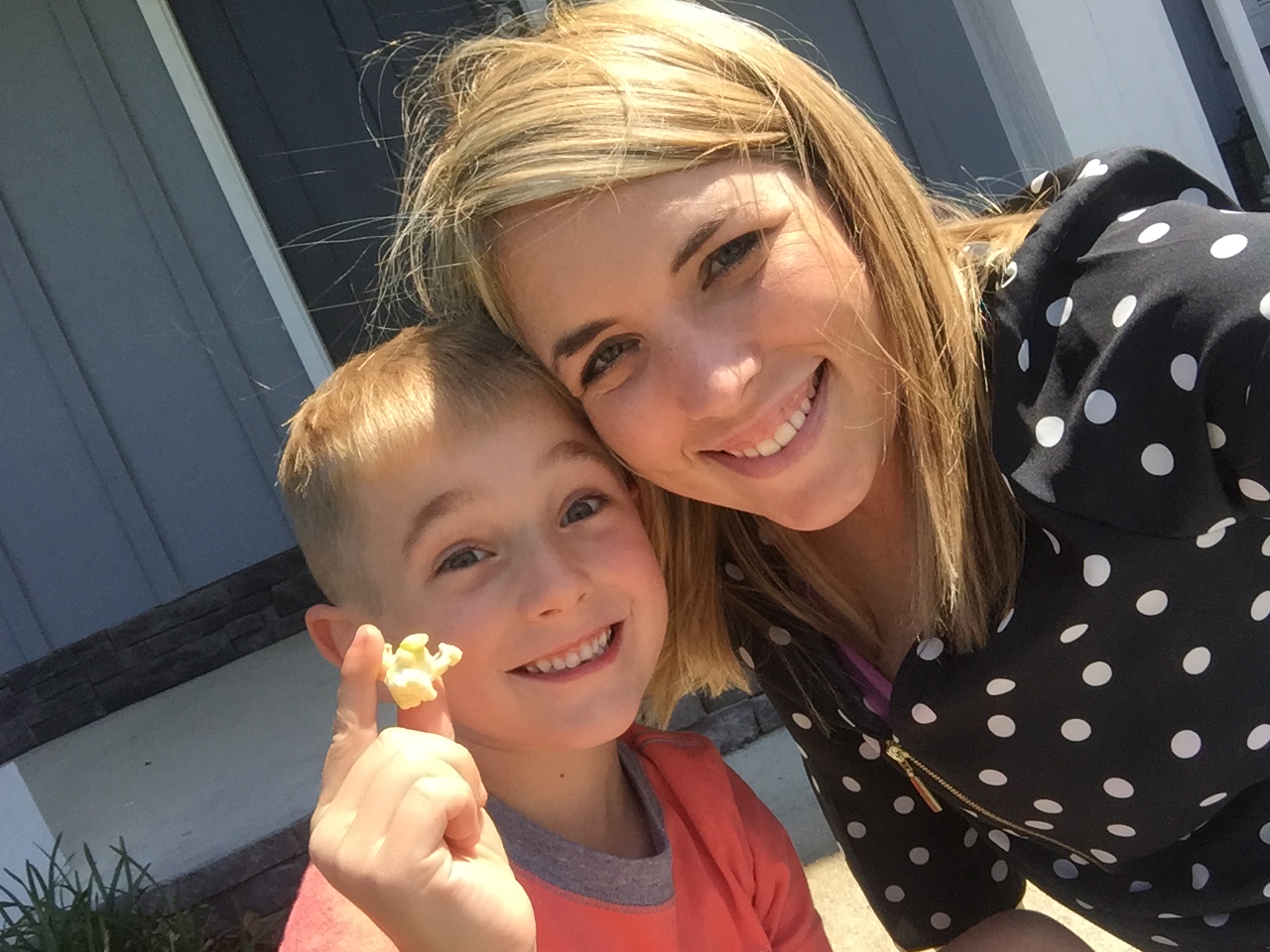 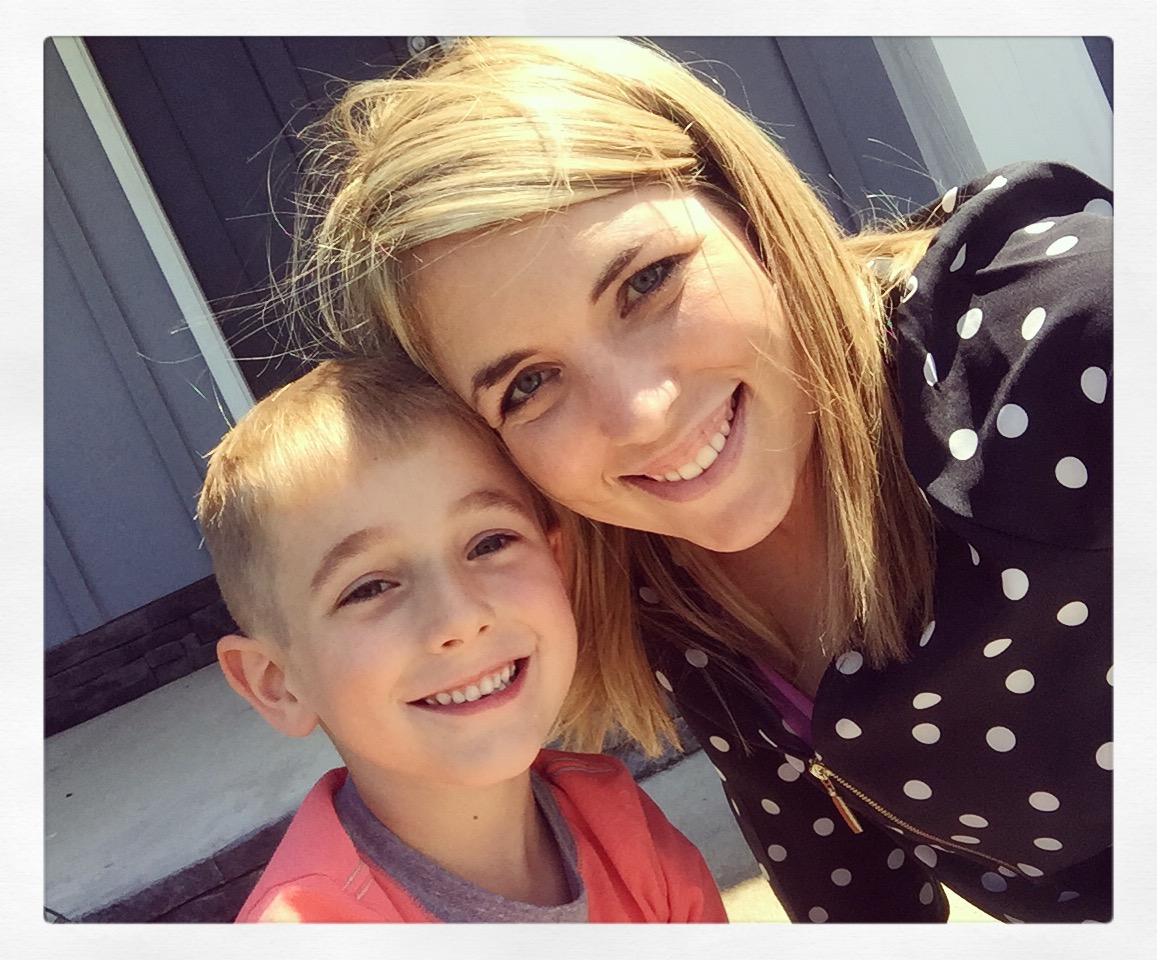 With Zach dealing with his back pain and having his surgery this month, Kye was a HUGE helper. We went to Aunt Karen’s to celebrate Mother’s Day with that side of the family and Kye ran some errands with me to grab goodies to bring (at that point in life, no way was I making anything!) 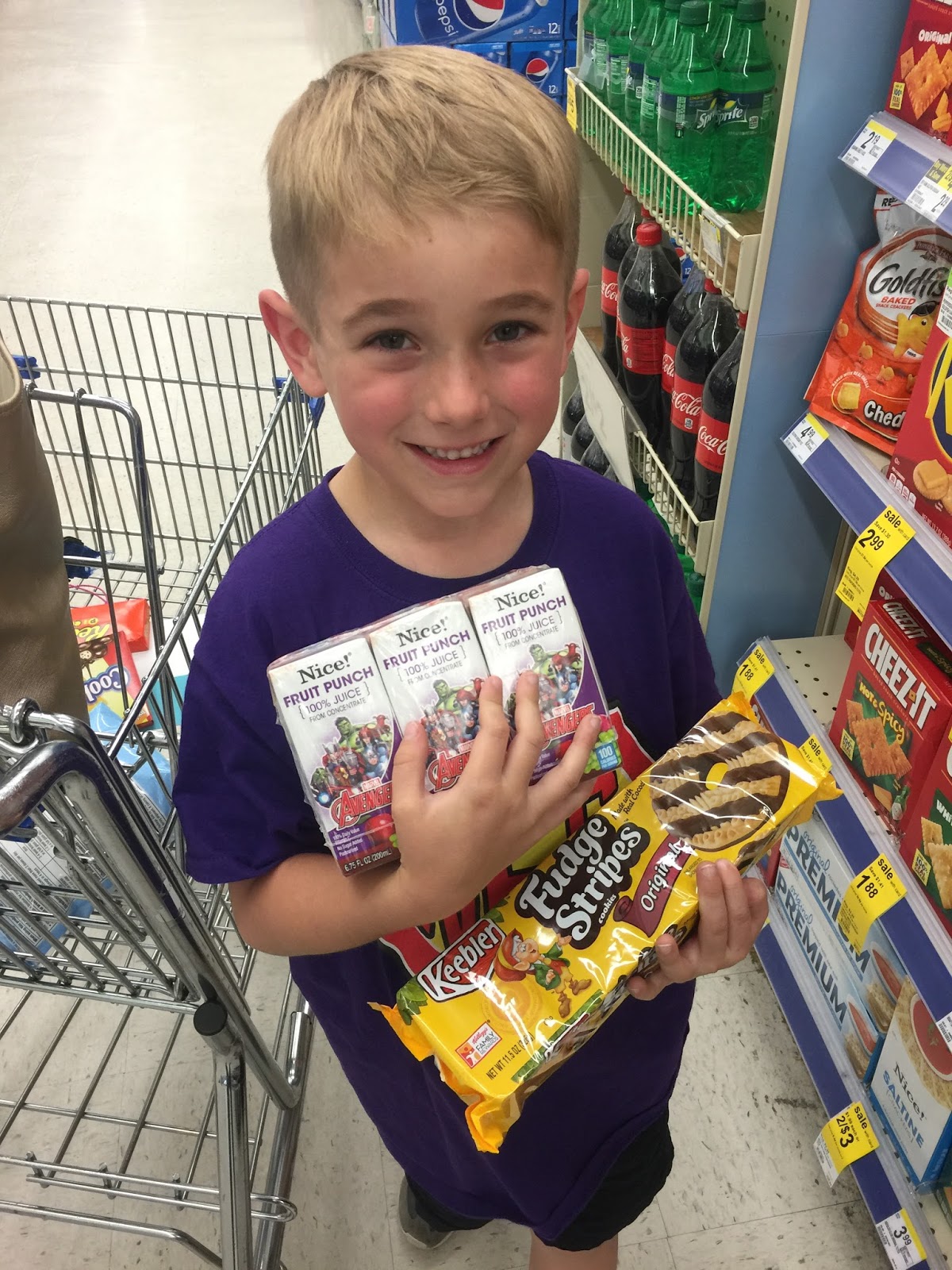 I also let him have a night where he could eat whatever he wanted for dinner. I told him it was a “Man Night” (Back Surgery Mama is a COOL Mom for sure). He picked every detail of his meal and here’s what he picked: gatorade, 3 slices pizza, 1 yogurt, a breadstick, 2 breakfast casserole muffins, and some chips. Healthy 😉 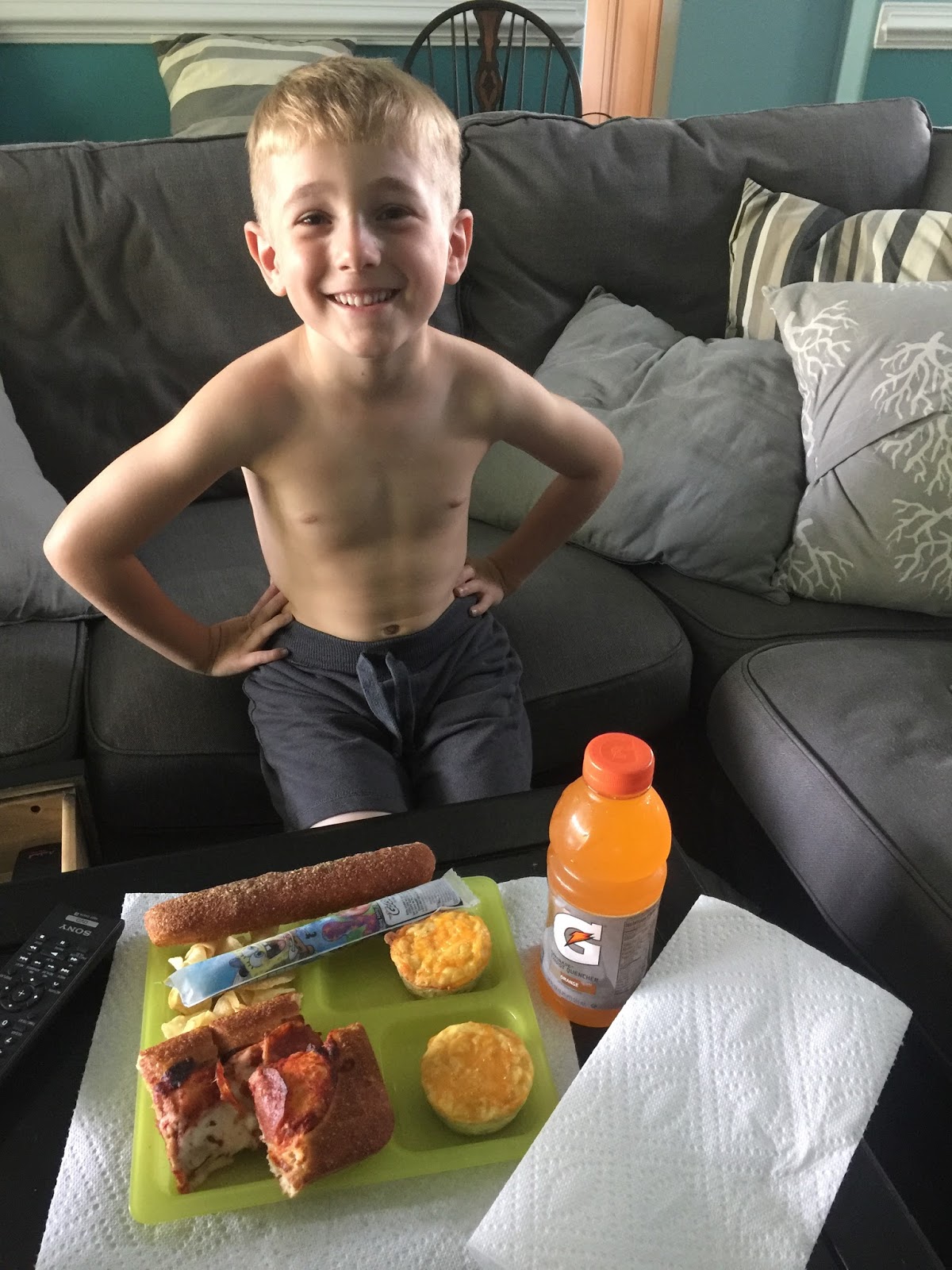 Kye also decided this month that one of his summer goals was to have a lemonade/candy sale. He went through ALL of our candy and sorted it into bags to sell! 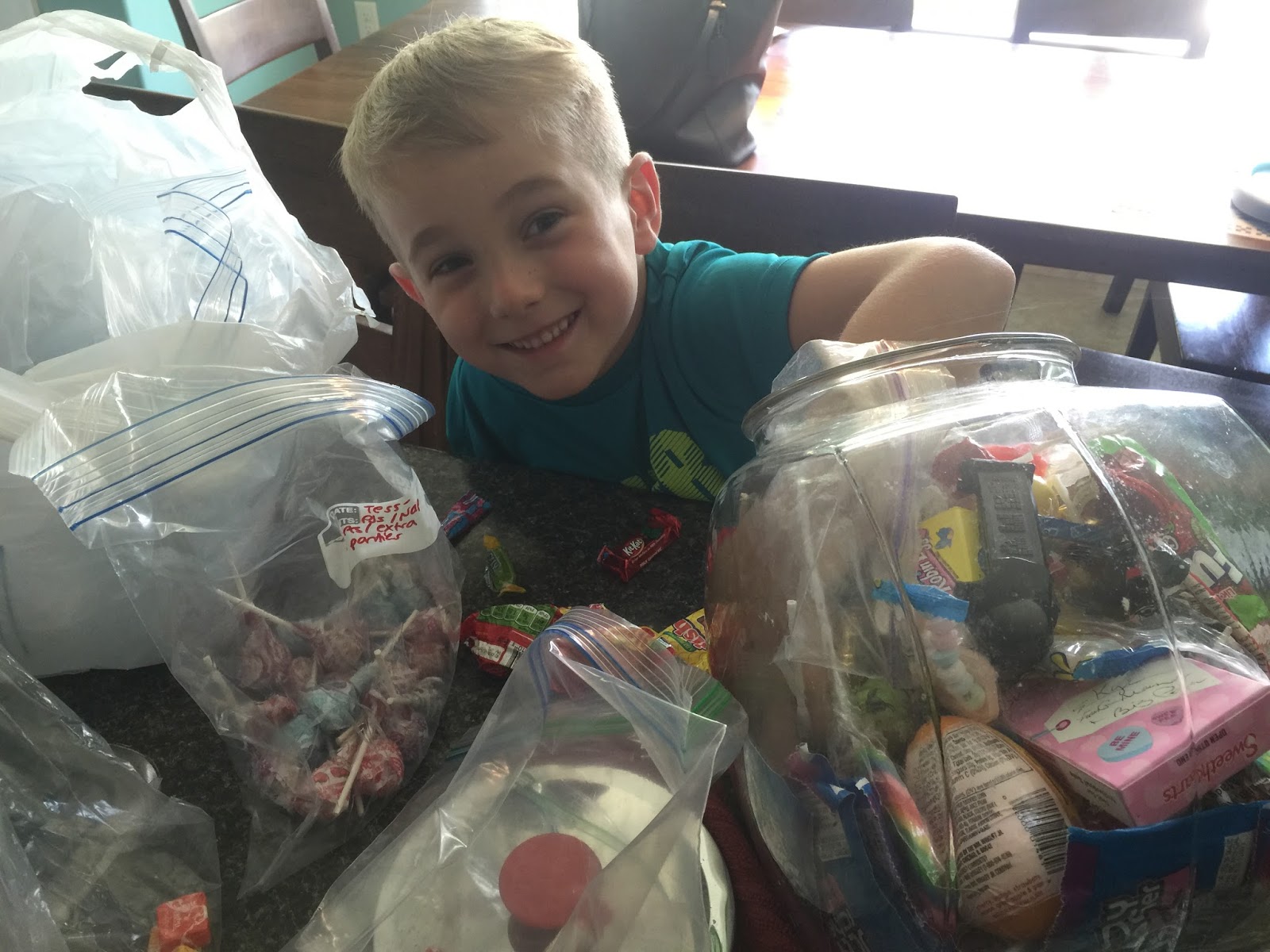 This boy always amazes me! He and Zach do a Bible study each night and he decided, on his own, to write himself a note about repenting. He said it’s a reminder to himself. He carried it in his pocket for a good while and even now, 2 months later, he has it sitting on his shelf where he can look at it right when he wakes up in the morning! 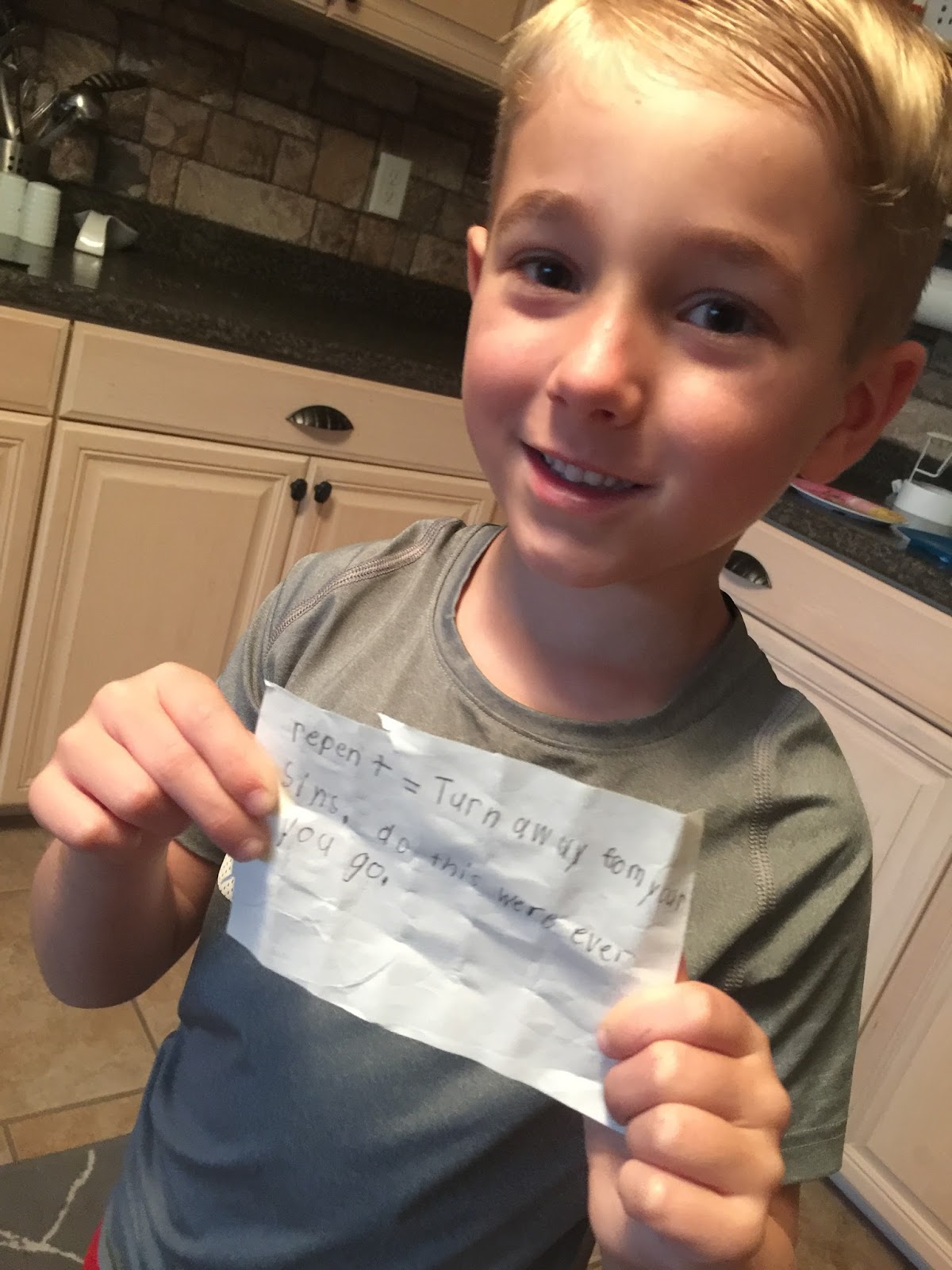 The bugs and critters age is def here. Kye is all about helping save little animals he finds in the pool basket and doesn’t hesitate to hold any little creature we find! 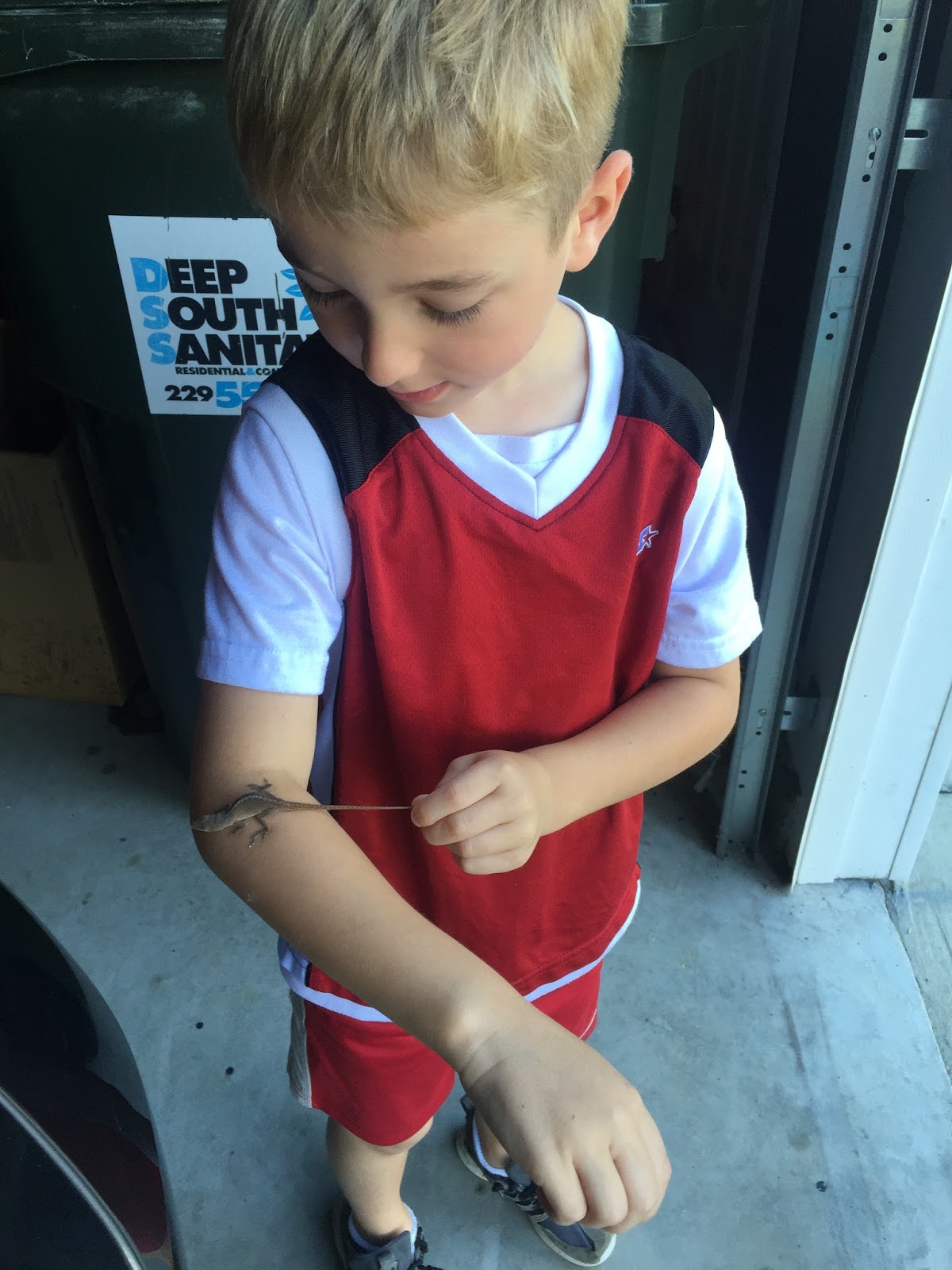 For Christmas I really want to get Kye a legit camera. He has had this camera since he was 2. He carries it around ALL the time and constantly takes pictures with it. It cracks me up because it’s such a reflection of myself. The kids are SO used to me always having a camera and taking pictures all the time that they think it’s normal. Kye took so many pictures one night at CFA haha! 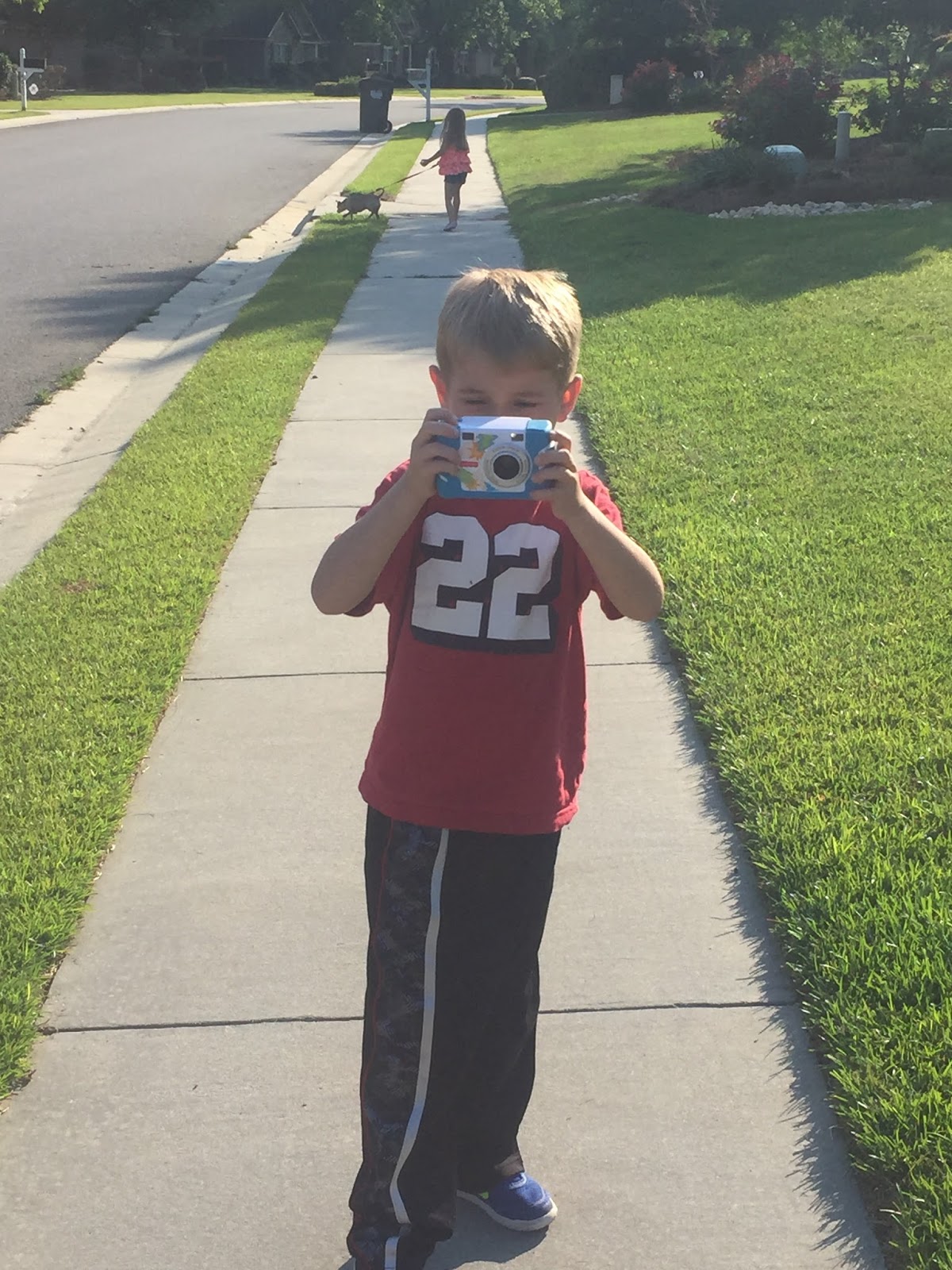 When summer started I bought Kye a big book to work through and planned to have him do some pages from it every day. He loathed that thing. I didn’t want to spend my summer dealing with that. It’s summer. Let him play and have fun and not work through some workbook, right? Kye LOVES to read. As in he reads over an hour every day. I’d probably not be exaggerating if I said it’s closer to 2-3 hours a day. We have to literally tell him to stop reading. Why force him to do a workbook he doesn’t like when I can just let him read, which he loves?!?! We also have some math apps on our iPad that I let him play to keep those skills up (Extra Math I think it’s called? The teacher from school sent home a request early in the year for us to download it. I believe they can see his results at school too). 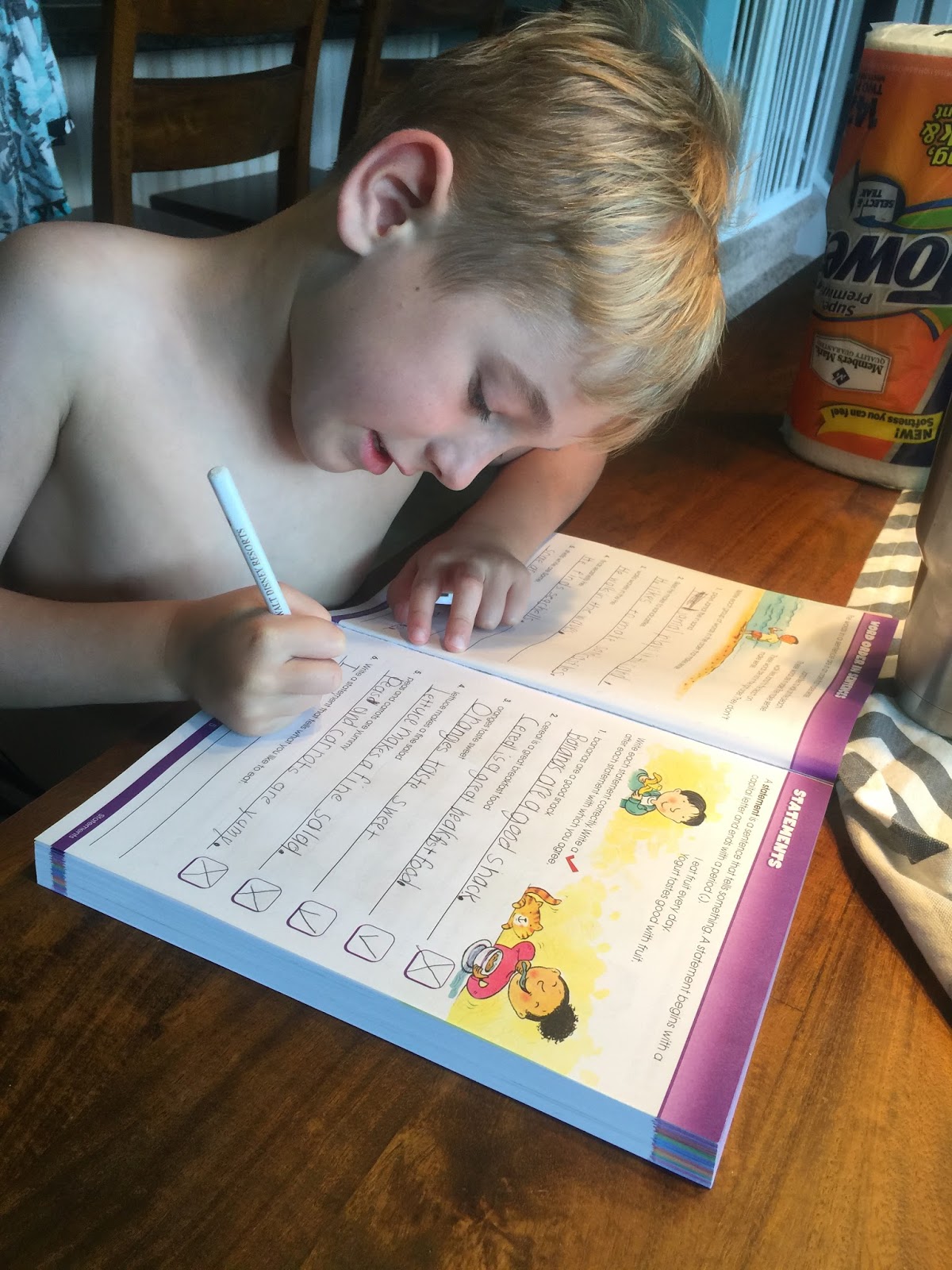 With all the picture taking Kye started doing we finally uploaded all of his pictures off the camera and onto my computer. I jokingly said he should start a blog like I have and he jumped on that so quick! Since he doesn’t sleep anymore most days at nap, we both have some blogging time together. It’s set to private so no one can see it other than some close family but it’s hilarious. It’s pretty much just captions of the pictures he takes. One post was several of me and he kept saying “Doesn’t she look so tired?” #truth 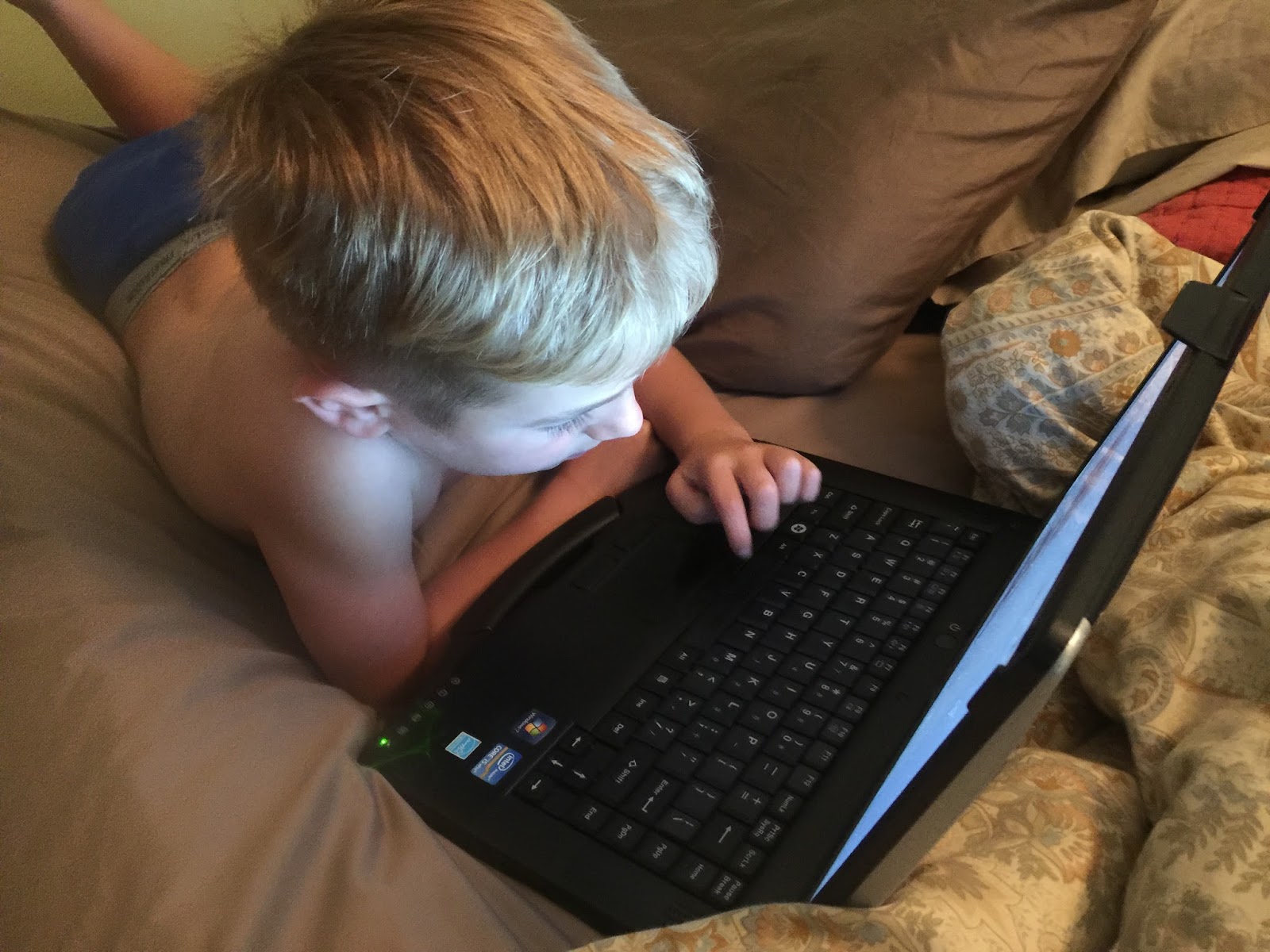 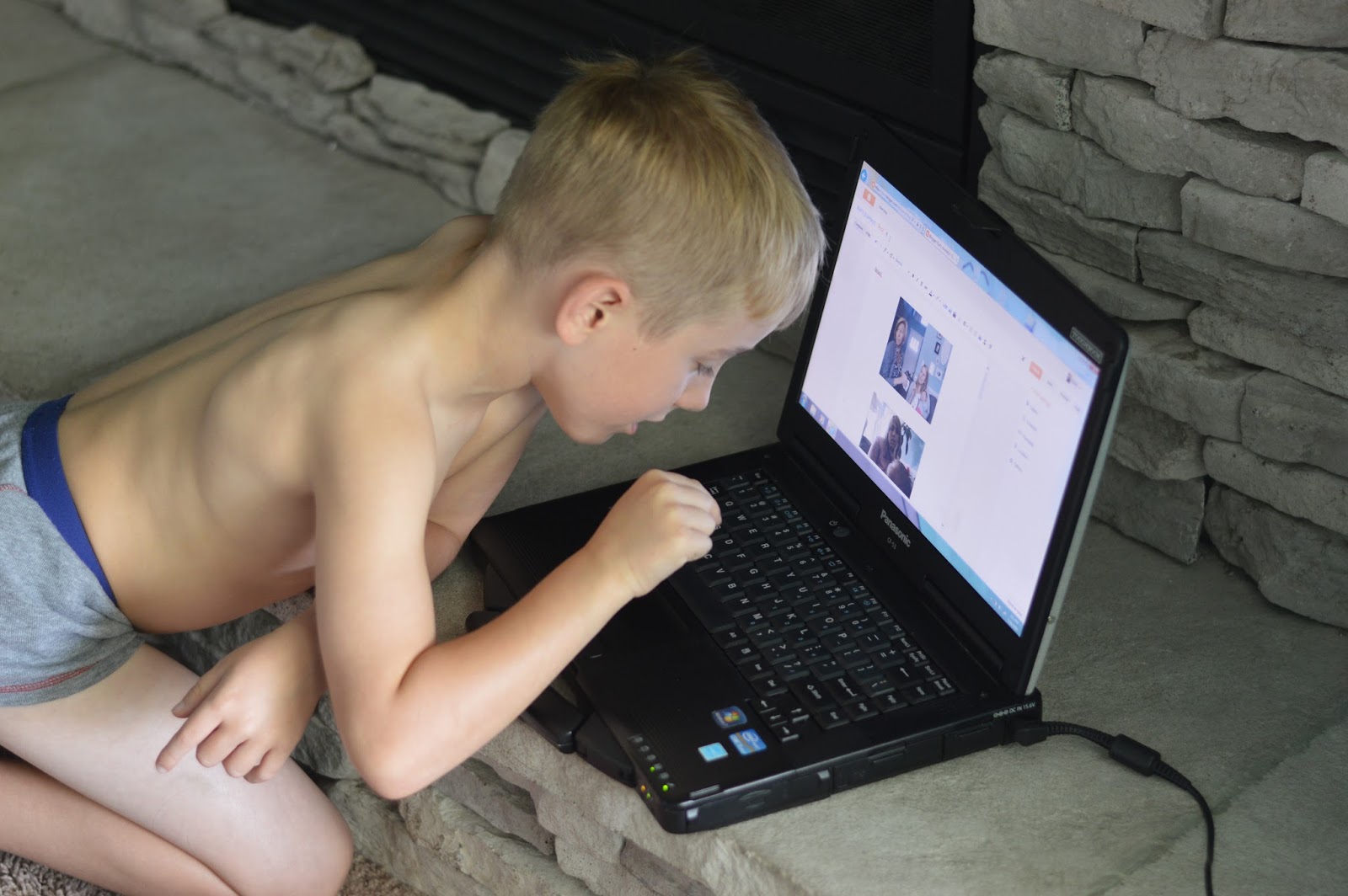 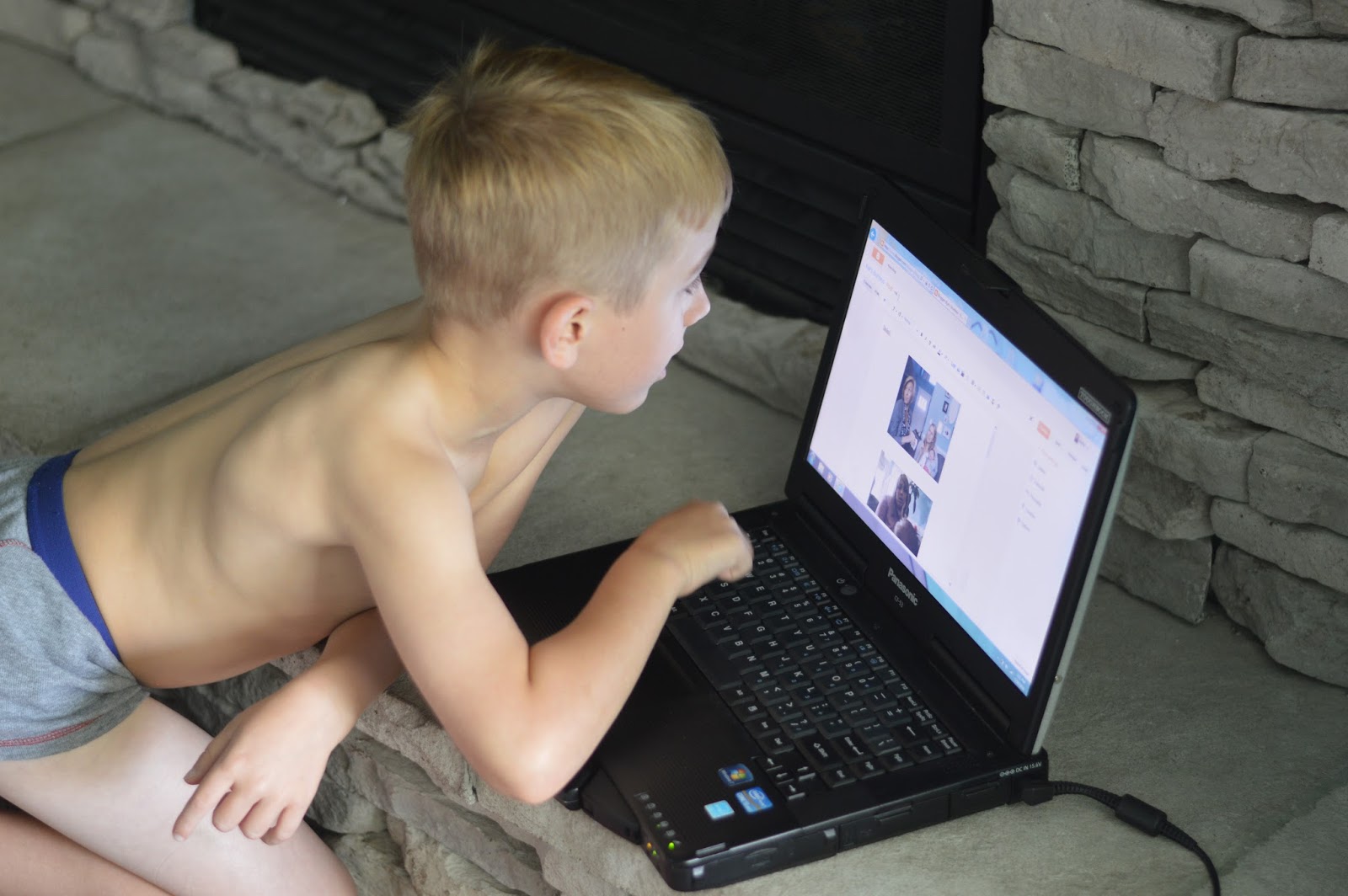 Once Zach got back to the world of working he had to go out of town for a few nights. The kids and I had the idea to alternate nights and let each of them have a “Mommy Night.” Kye’s night was first and he got to pick what we did together. He chose for us to play Wii. There are a few games he’s allowed to play, but only if playing with us (Mario Kart, Tiger Woods Golf, NCAA football, Wii Sports and a Toy Story game). He chose the Toy Story game and I got kinda into it haha! I forgot how fun games like that can be! 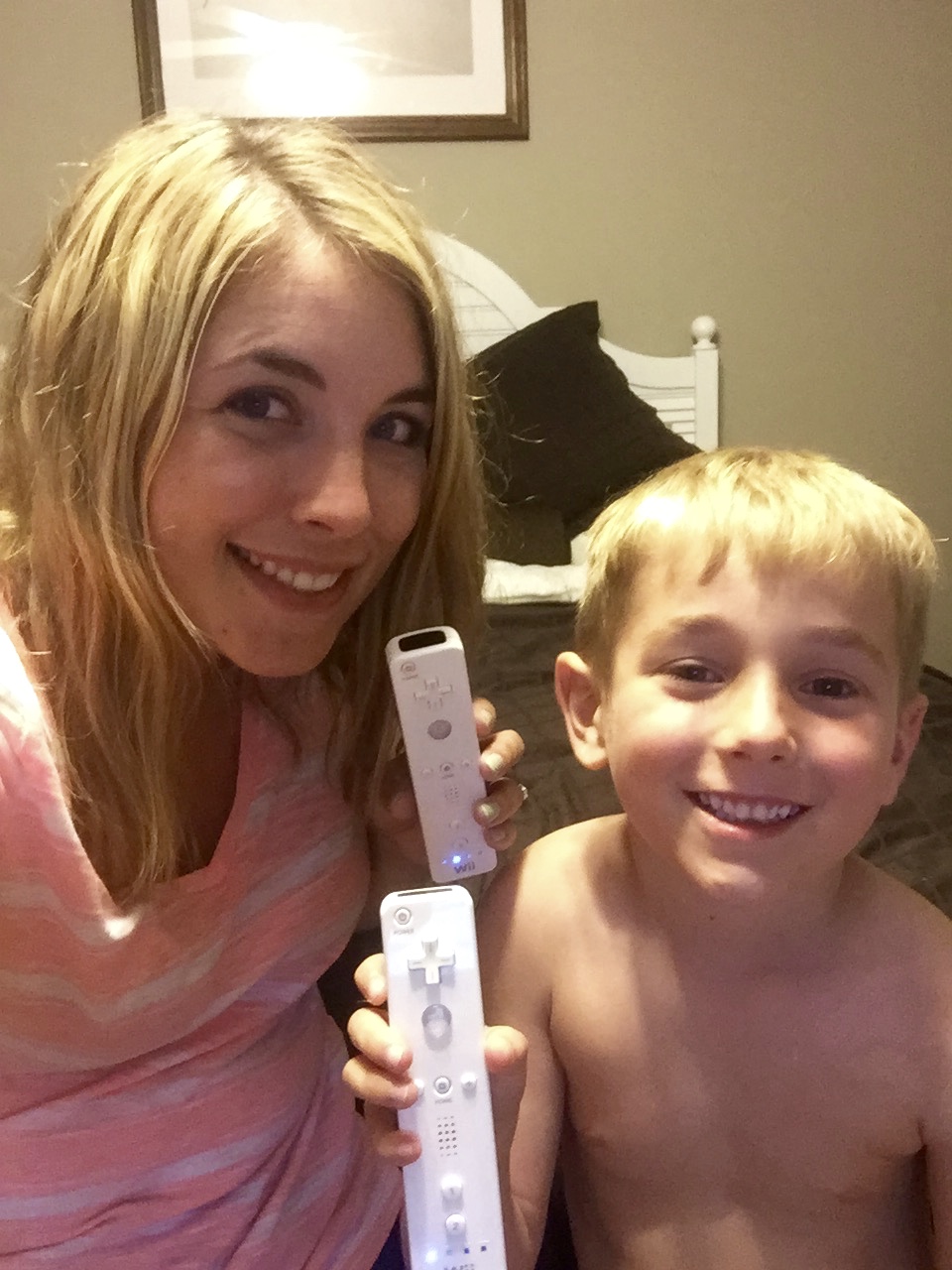 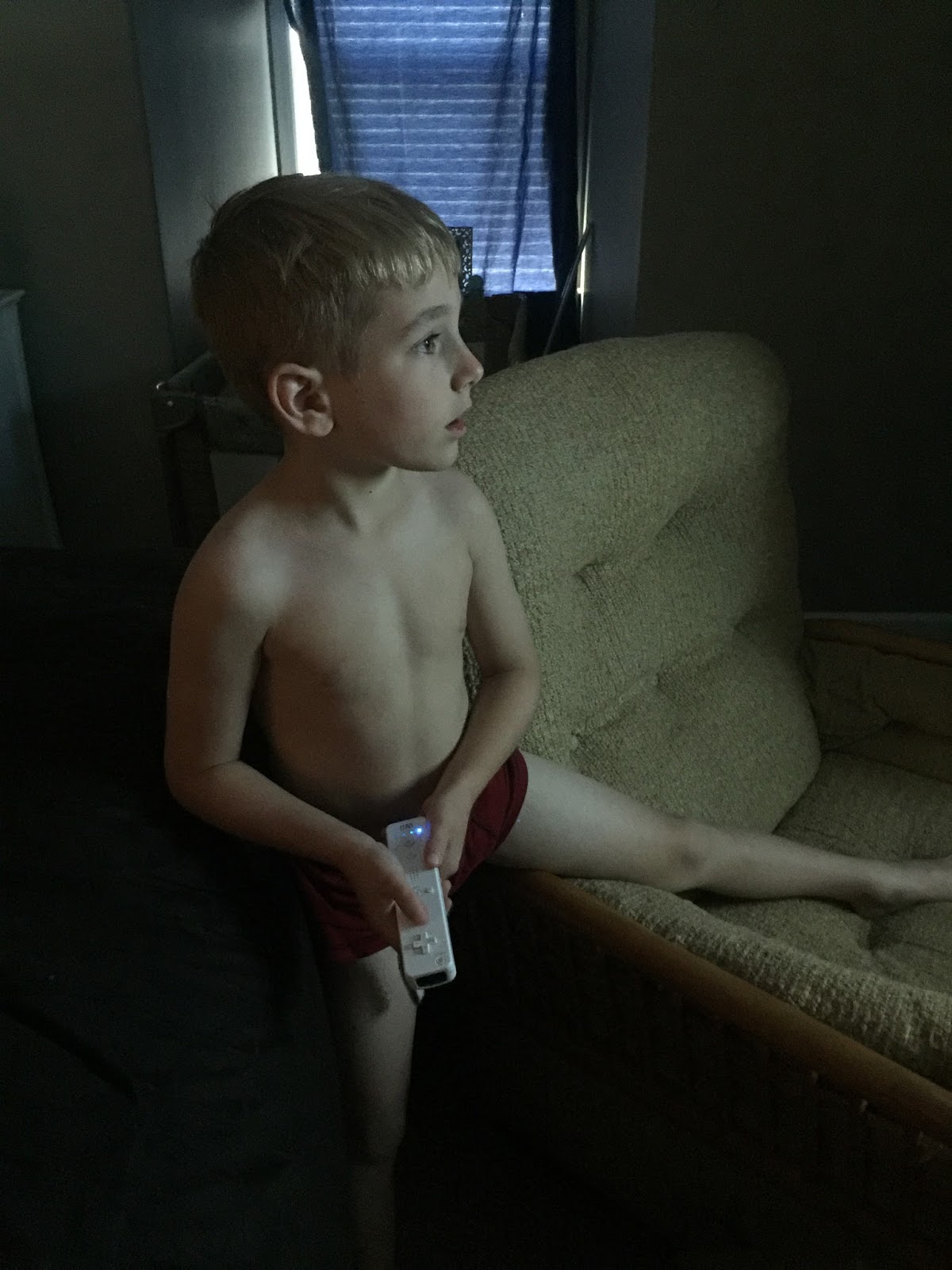 More About Kye in May:

I couldn’t be prouder of this kid and more pumped to have him home with me all summer! 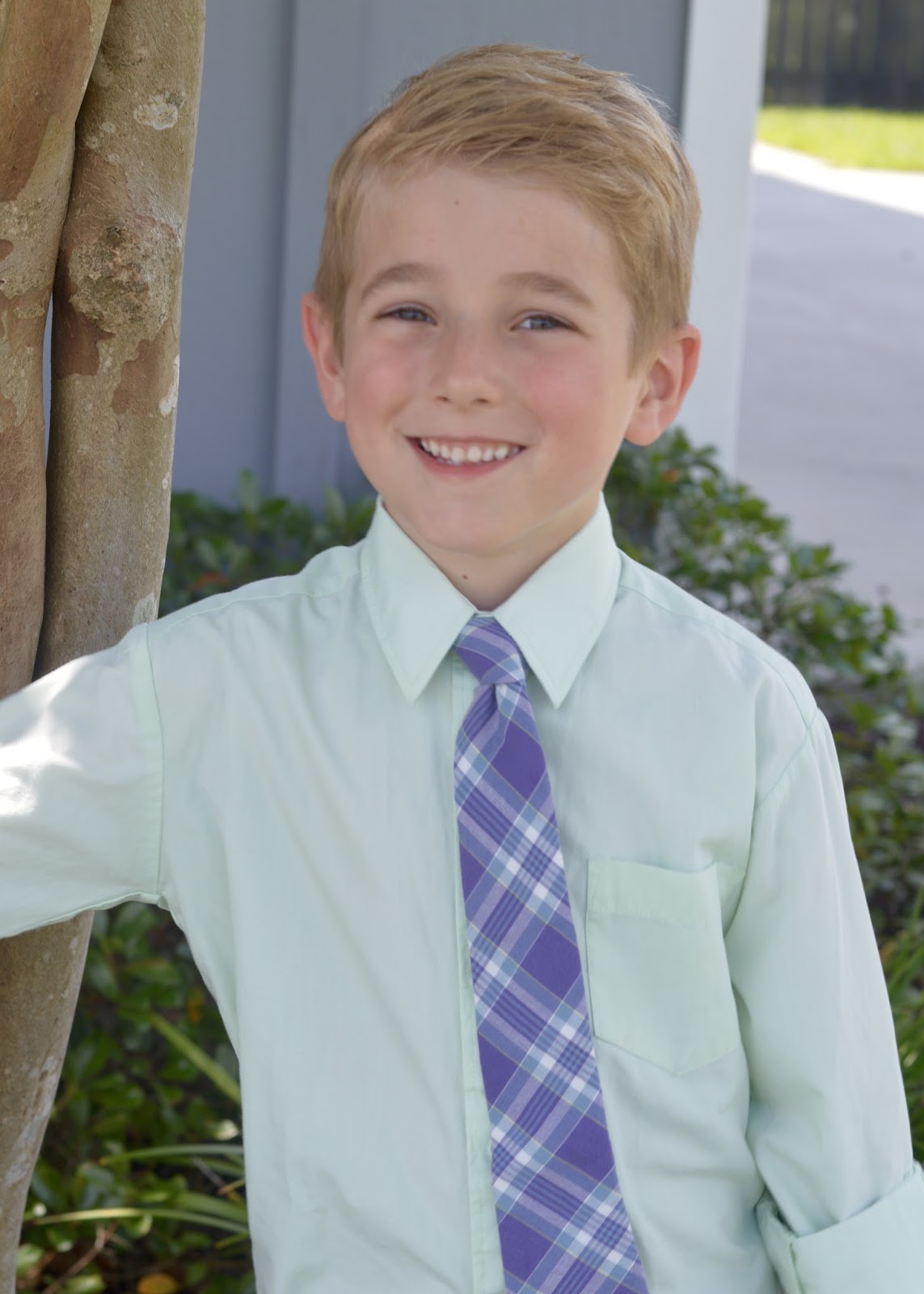 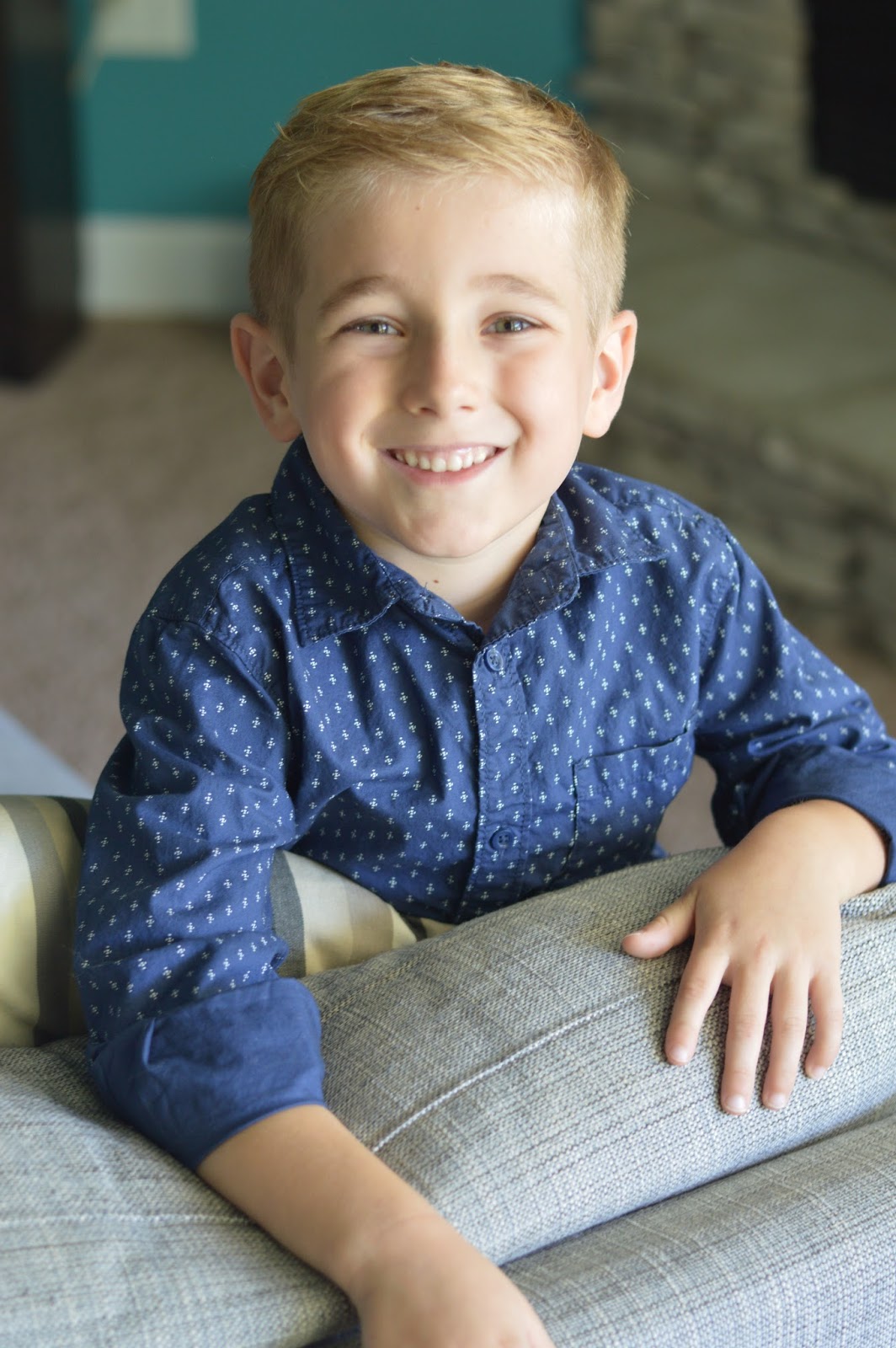