Field Trip: This month Kye’s class took a field trip to Publix. I am such a hardcore Publix shopper that I totally could have lead this tour 😉 We walked around the store and learned about each of the sections, the kids got to be the cashier, and they answered trivia questions. Of course the highlight of the morning for the kids was getting to taste test the icing in the bakery 😉 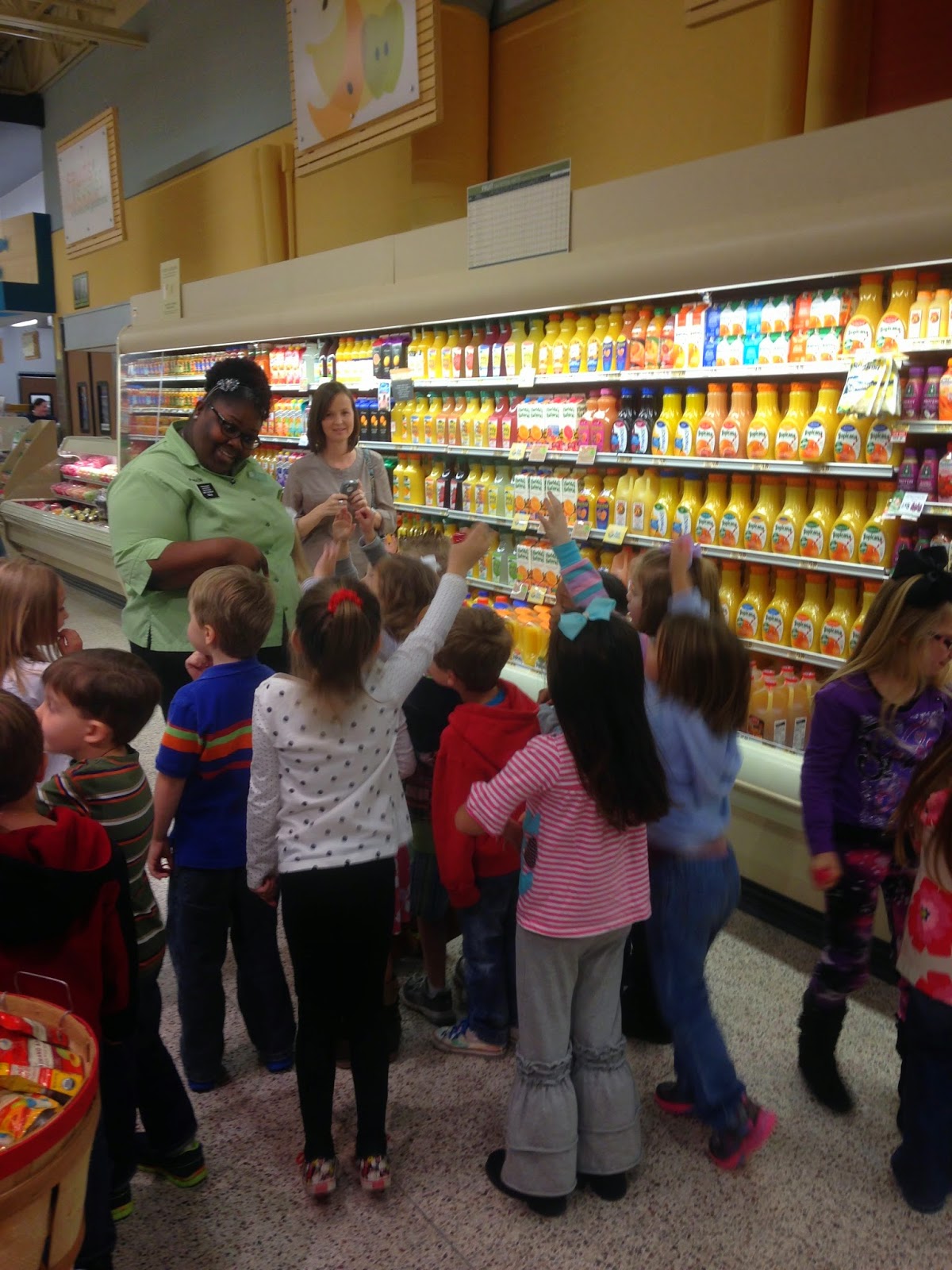 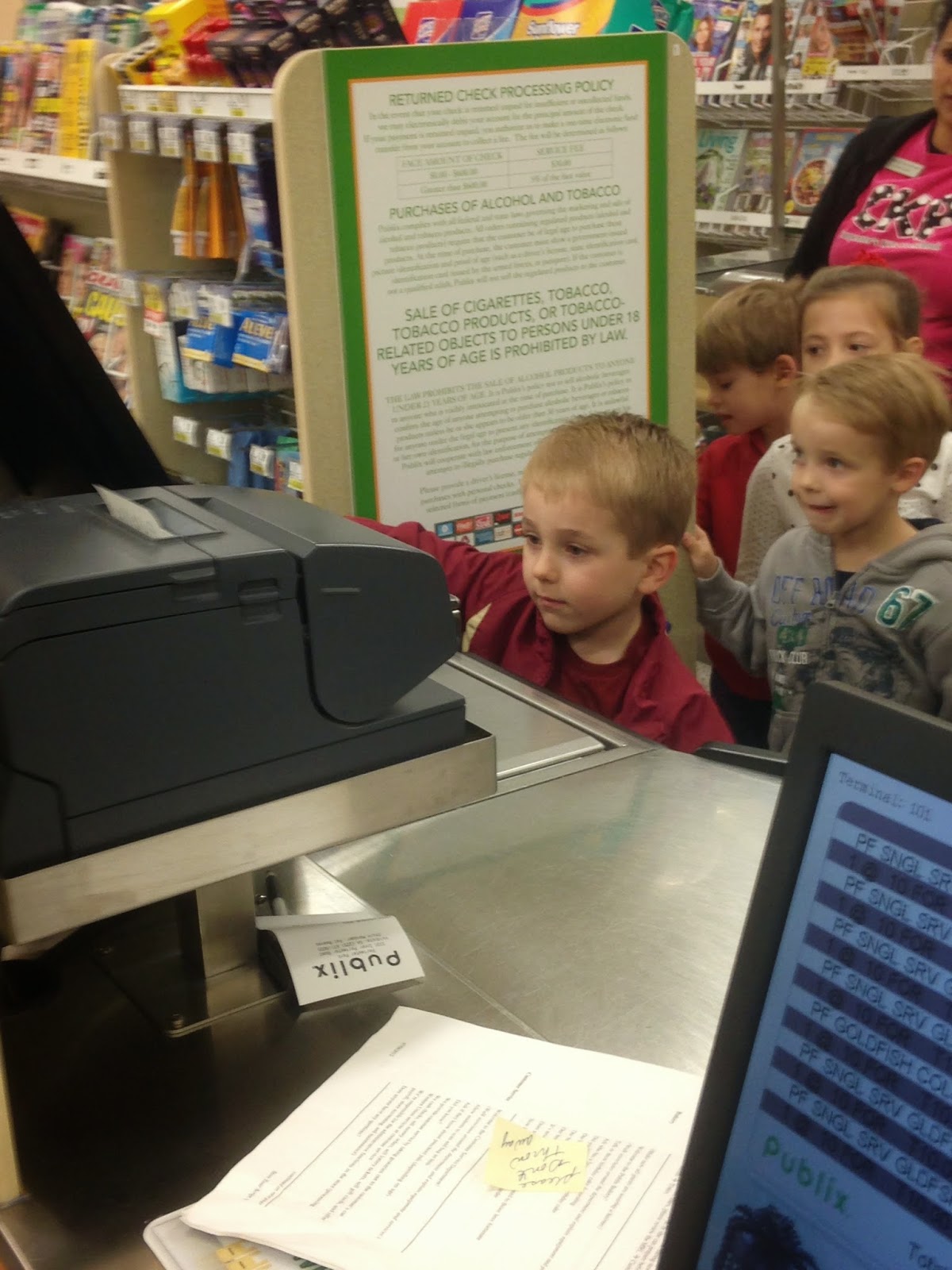 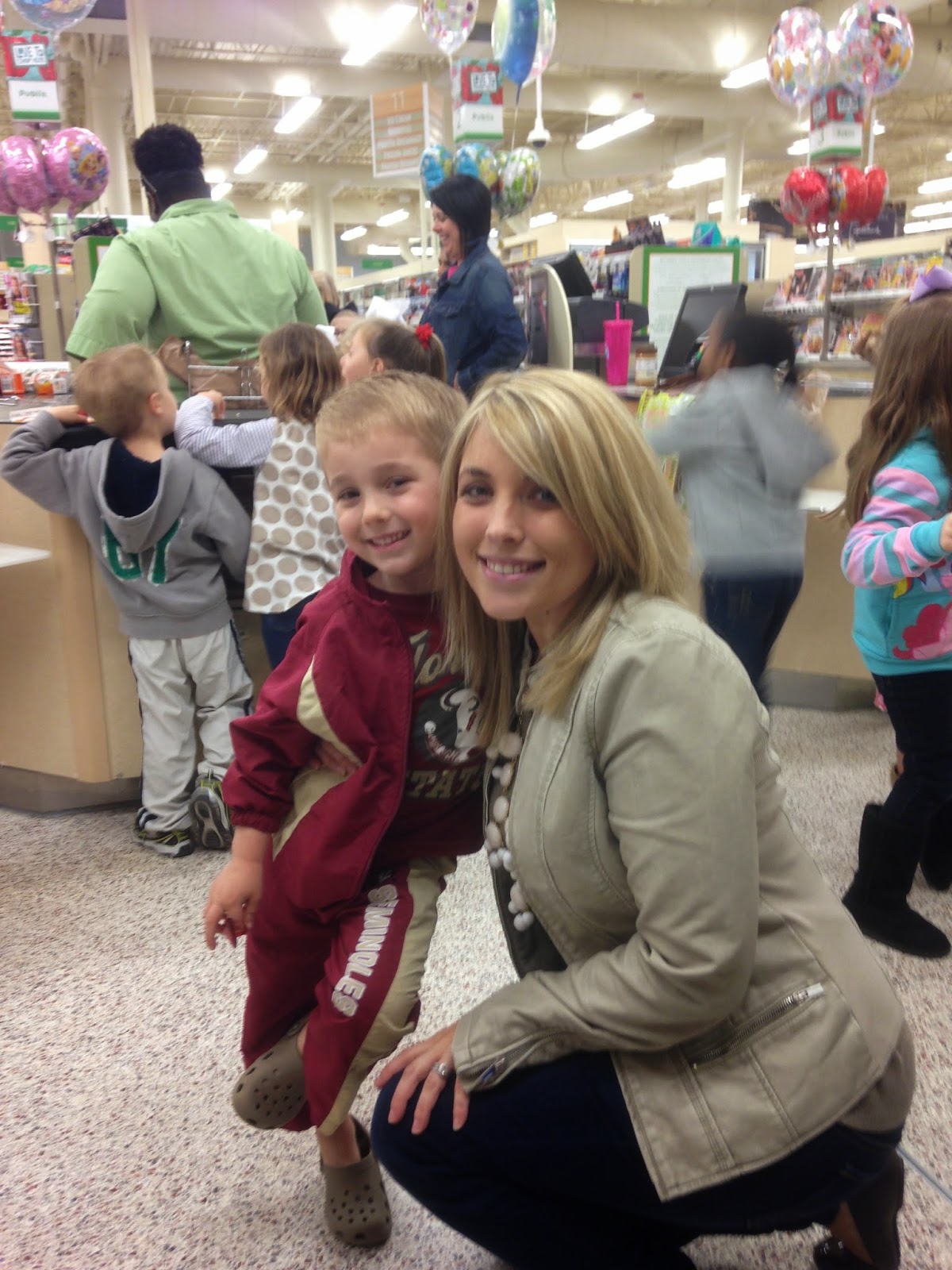 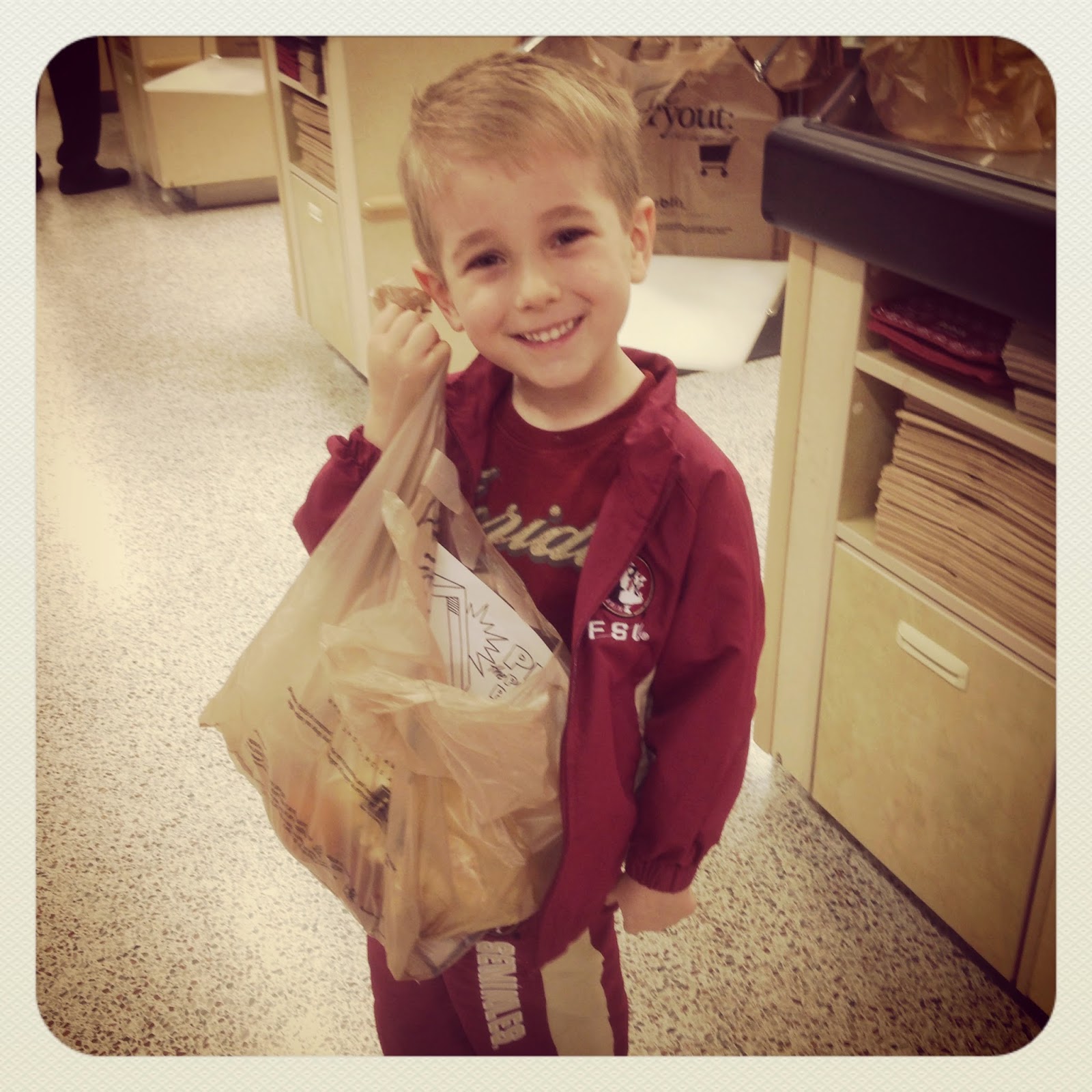 Notes: Kye LOVES to write notes to me. It’s the sweetest thing! He will “surprise” me with them all the time and does all the writing and spelling on his own. I have like five of them in my wallet 😉 I know these sweet love notes won’t be a thing forever so I really am totally cheesy about it and save them all. School work I toss but notes about his love for his mama I save 😉

He wrote “No Jesus” but obviously meant “Know Jesus” 😉

I love the “fancy” letters he did for me 😉 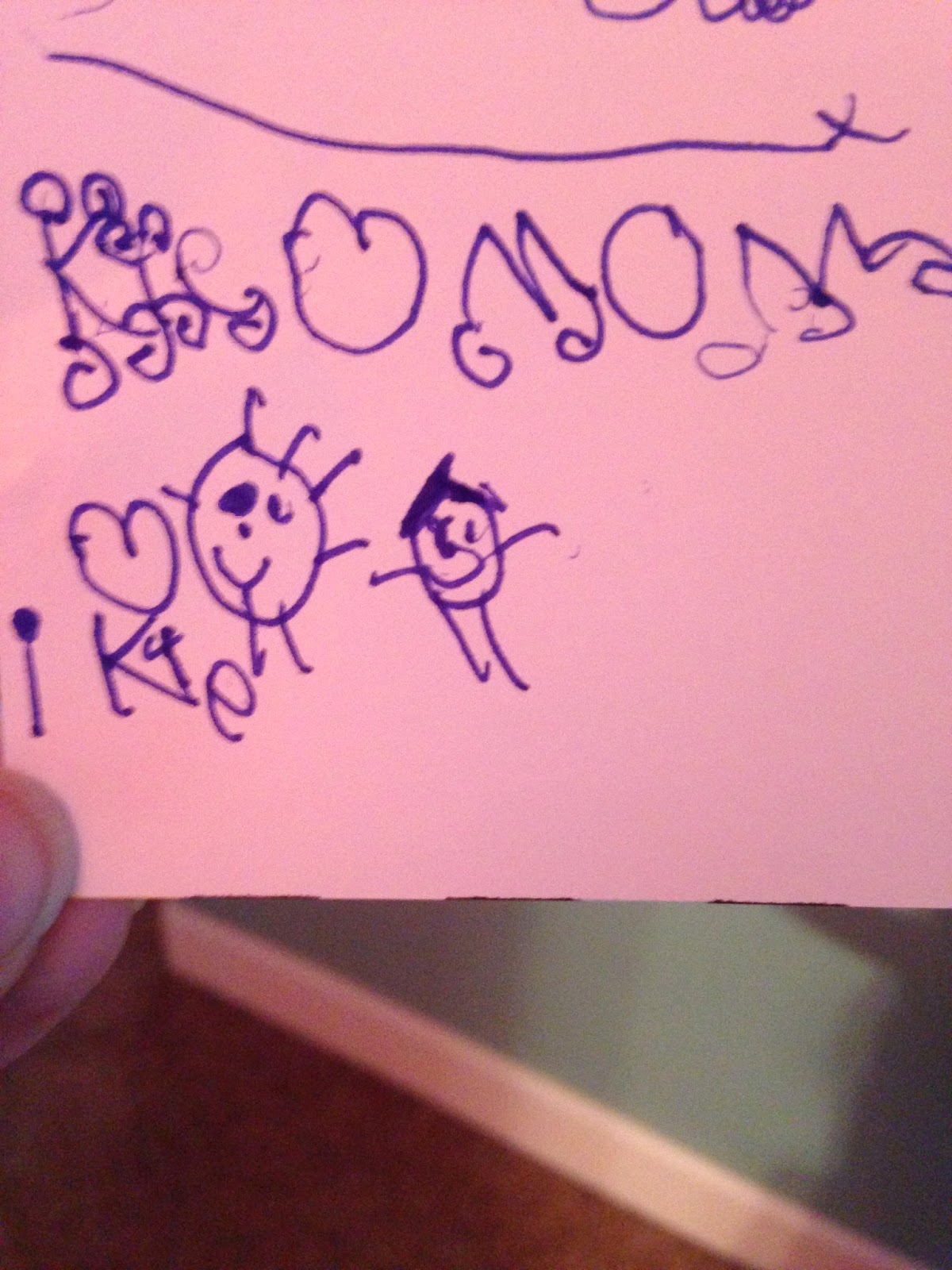 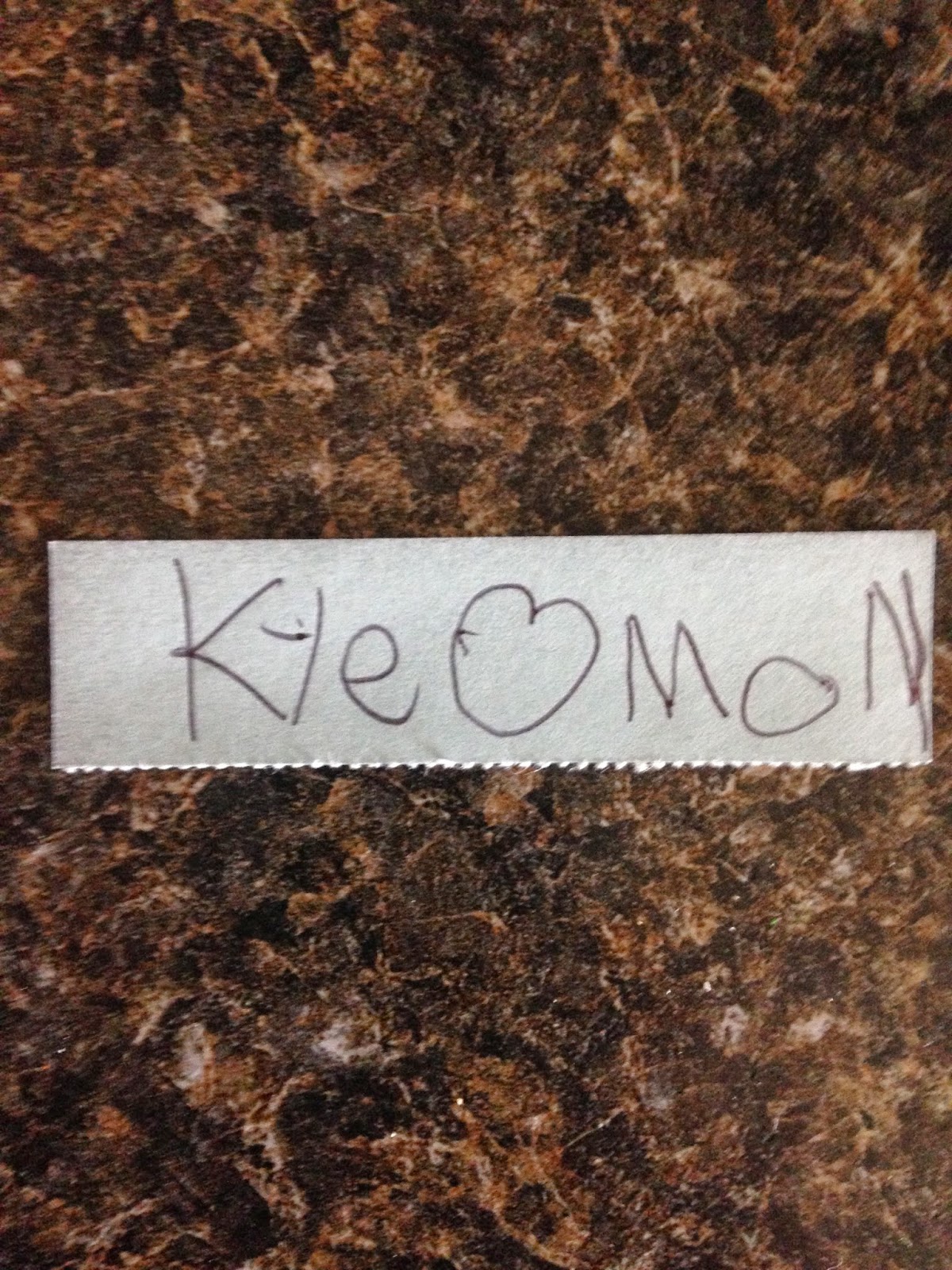 Reading: I read a lot with the kids (the goal is always 20 min a day or more of reading time…I read somewhere that should be a good goal?) but I know it’s time to set aside “Kye reading” as well. I’m thinking about bumping his bedtime up to 8 rather than 7:45 that way we’d have an extra 15 min so he can read to me? How do y’all handle the reading practice? I feel like Britt would be a distraction? One night he really did want to “read” the book to us at bedtime with Britt so he did and he read/has memorized the entire book of Where the Wild Things Are. He was SO proud about it and asked me to take a picture and send it to everyone haha 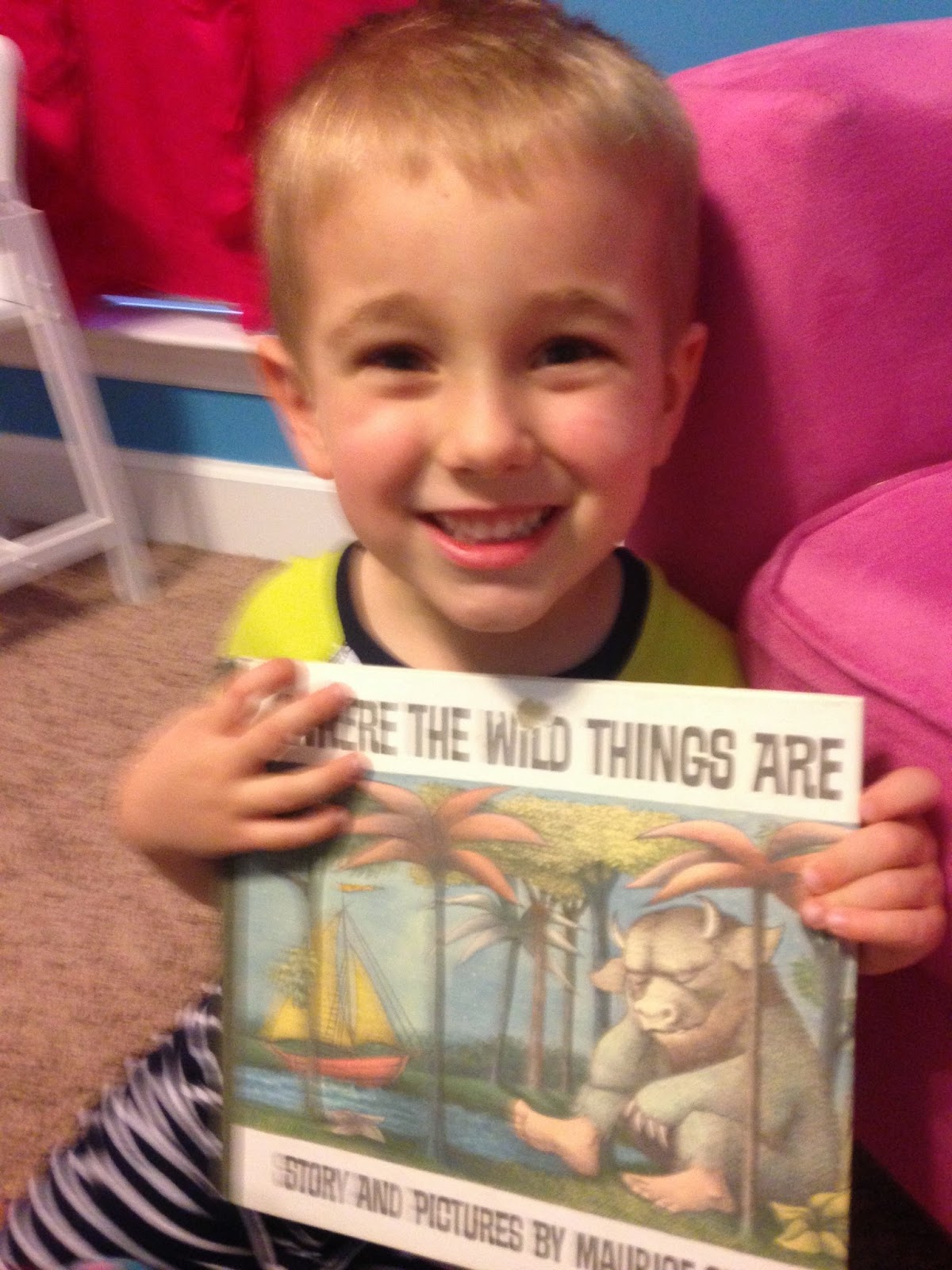 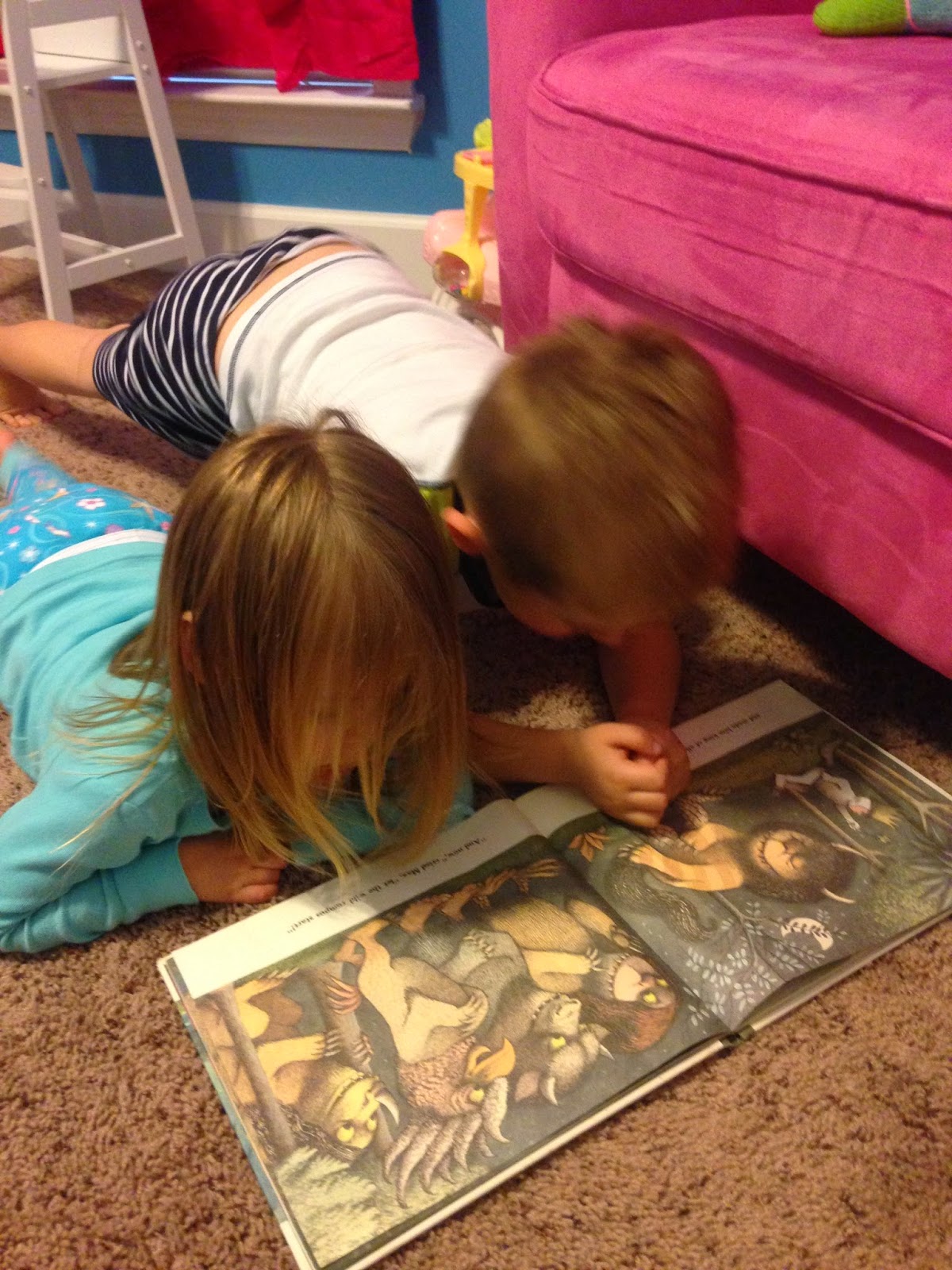 Birthday: Kye REALLY appreciated his birthday cards, calls, and gifts this year. My dad and Audrey sent a really cool card with a blow up football along with $5 and Kye was stoked. He has truly played with every single present he received and it makes it more fun to buy things for him now b/c he DOES truly appreciate it all! 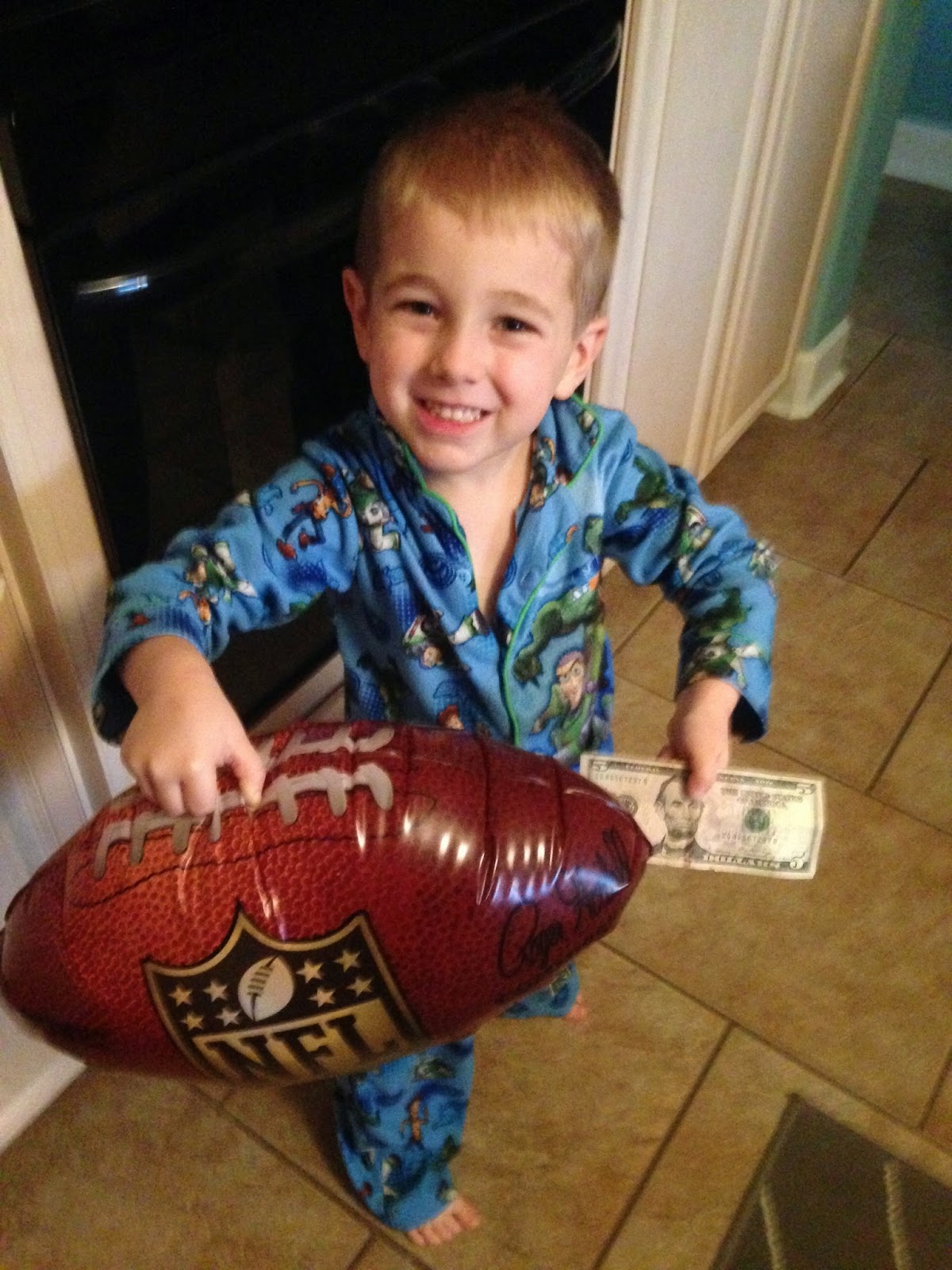 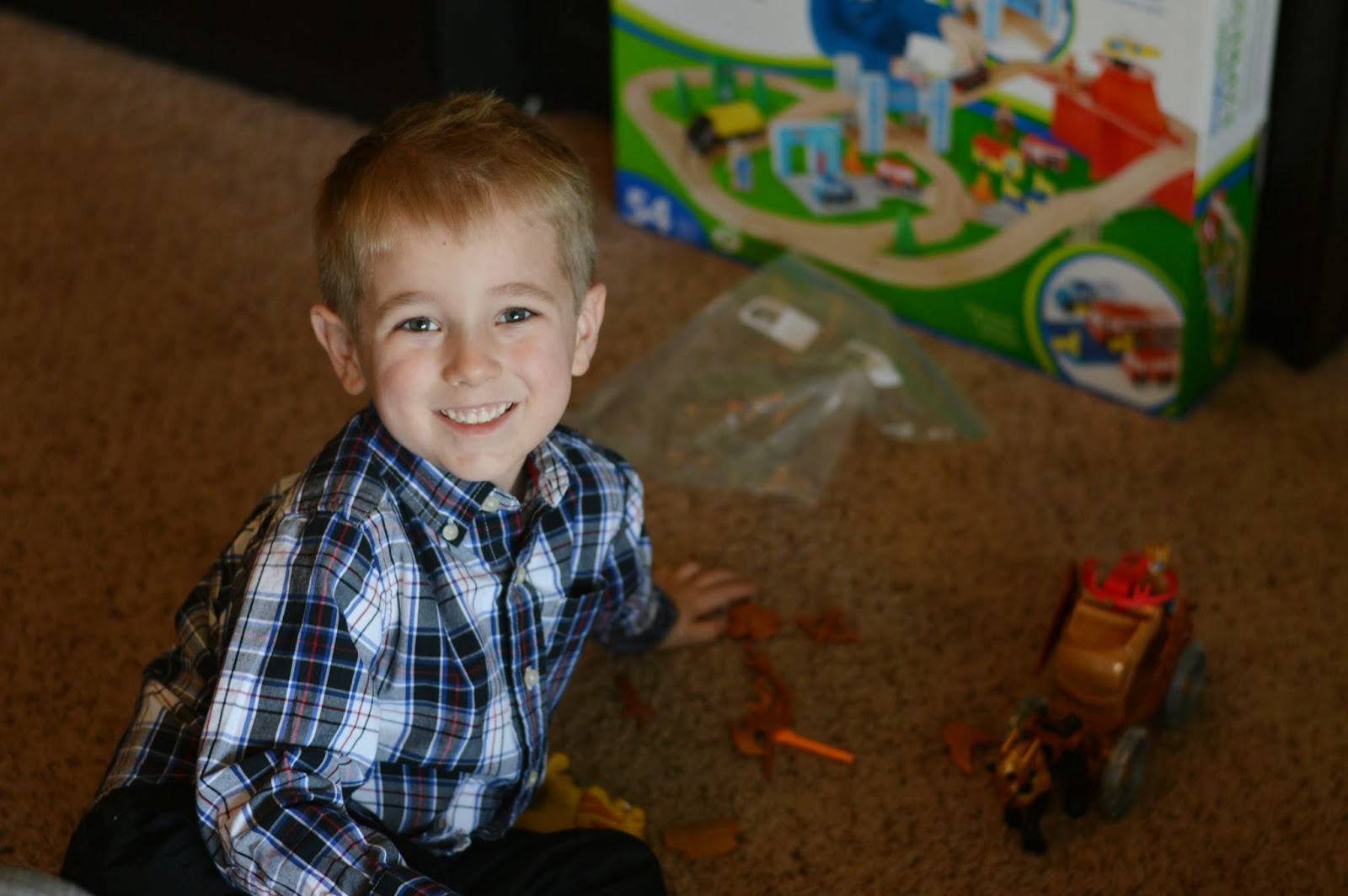 He got a LOT of new wooden train stuff which has been a hit! 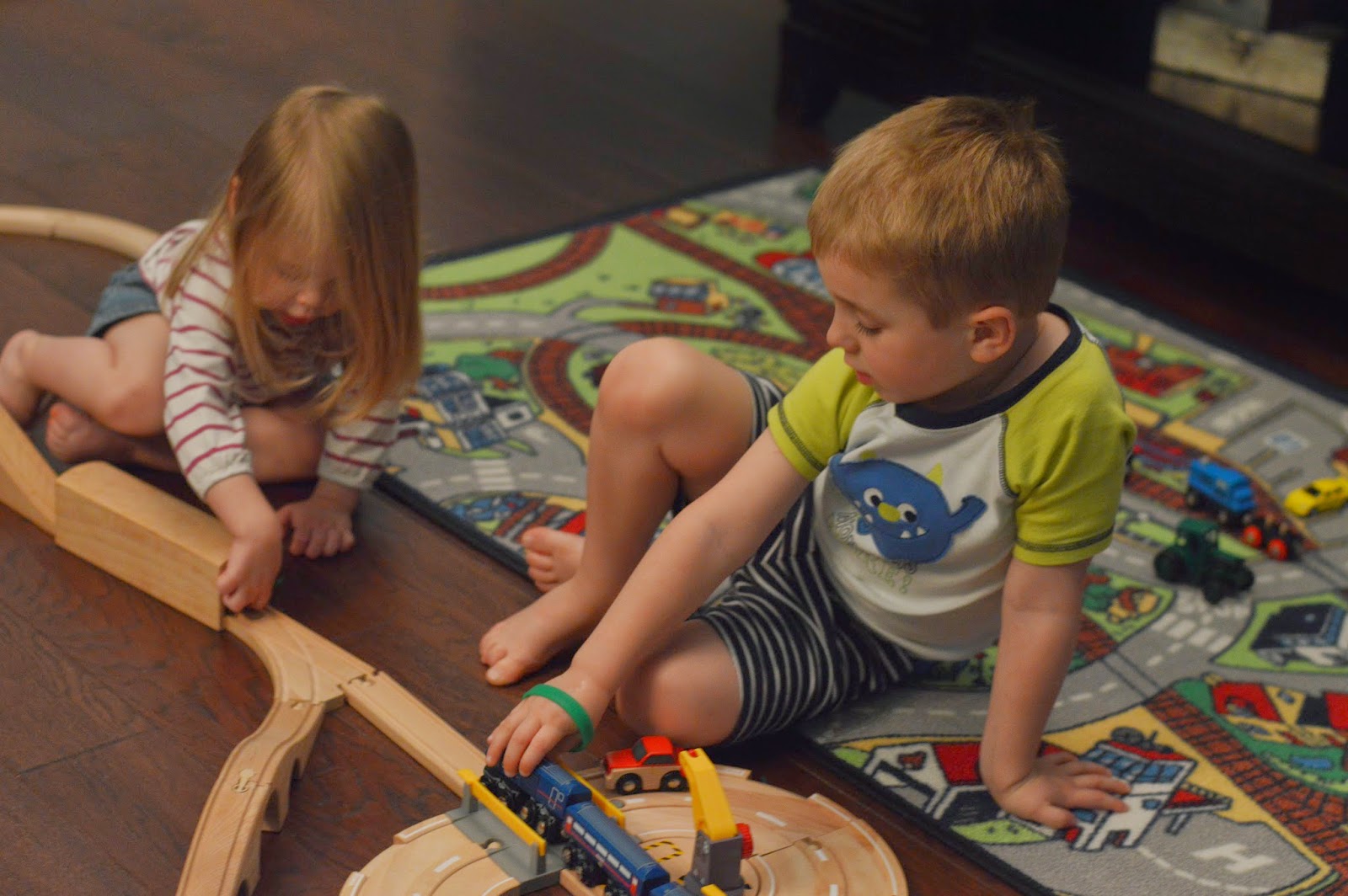 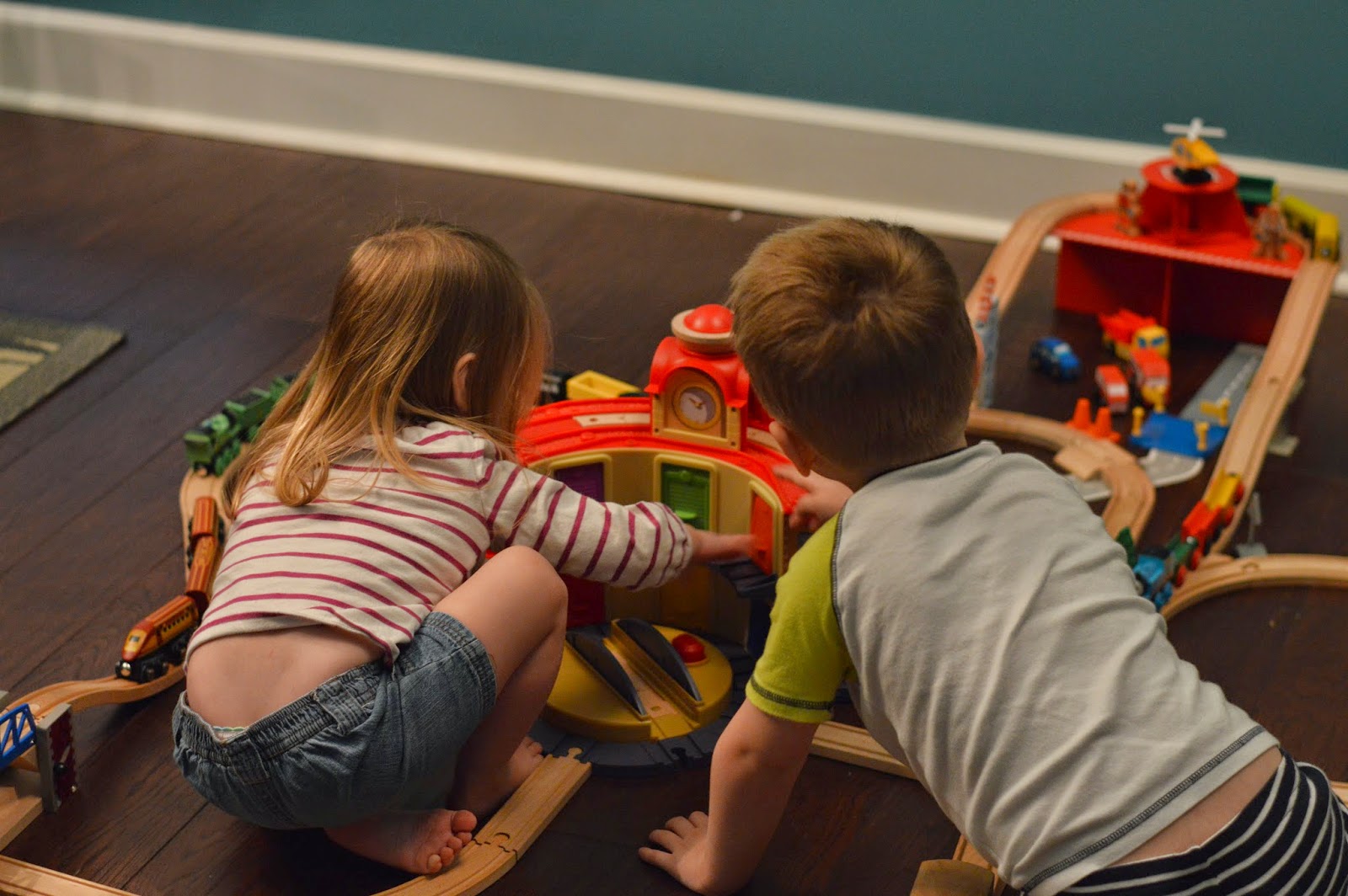 Forts: Kye has also started to build his own forts…which is a blessing and a curse haha. I will walk out in the living room and find blankets and pillows all set up which can be a tad annoying! At least he is super good about cleaning it all up himself without much complaining 😉 One afternoon Jordan stopped by and it was a rare occasion where Zach wasn’t home and Jordan needed to come over for something so it was just me, Jordan and the kids for a bit. While I was talking to Jordan in the living room Kye went and built his own fort in my bedroom. My dad called that evening and the FIRST thing Kye told him was “while Daddy was at work Uncle Jordan was here with Mommy and I went into the bedroom and built a fort all by myself” hahahaha I mean that def doesn’t sound very appropriate and my dad totally doesn’t know Jordan AT ALL so I can only imagine the thoughts that went through his mind. Classic five year old huh? 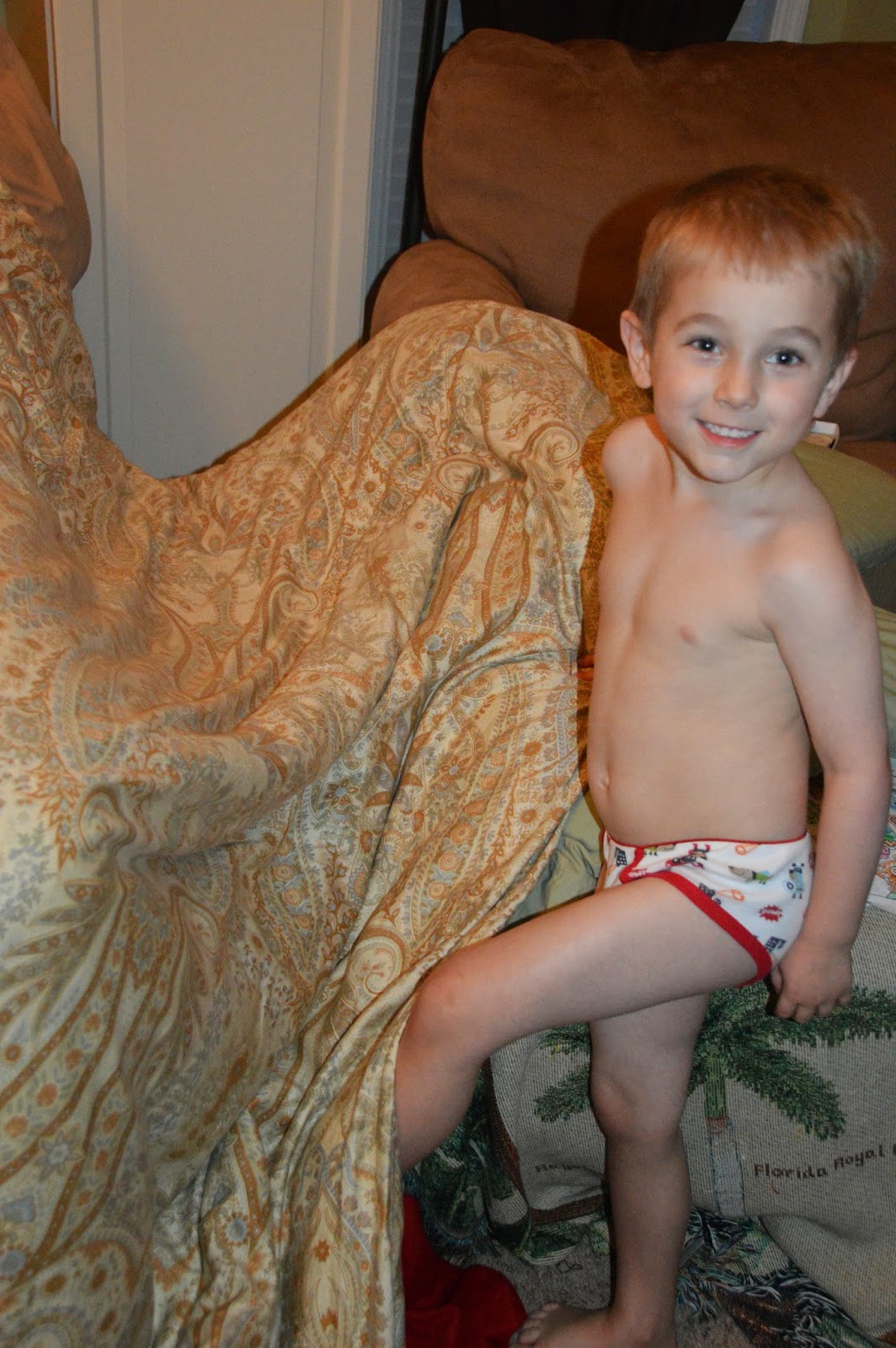 Fruit by the Foot: Did y’all know they still make these?!?!? I happened to see them at the store and was totally pumped about it! They actually had a combo pack of fruit roll ups, fruit by the foot, and gushers! I bought that junk right away and HAD to have the kids at least TRY some of the junk food from my childhood. I bought them for Disney and they only ate the fruit roll up there so I let Kye eat a fruit by the foot. Duh, he loved it. Who doesn’t?

Outside Time: Kye is doing VERY well with being allowed solo outside time. Back for his first birthday my dad actually bought him that classic Little Tykes turtle sandbox. Y’all. If you are looking for a good gift idea…then this is it! Zach had to add a system to keep the lid shut (we have bought more sand than you even want to think about) but it’s been a long time favorite of Kye’s. He will go and play in it for a solid hour easily. I’m glad it’s something he gets so much enjoyment out of and am glad he’s old enough not to make a huge mess with all the sand. He knows to keep it in the sandbox and to put the lid back on tightly after he’s done. He’s a well trained child haha 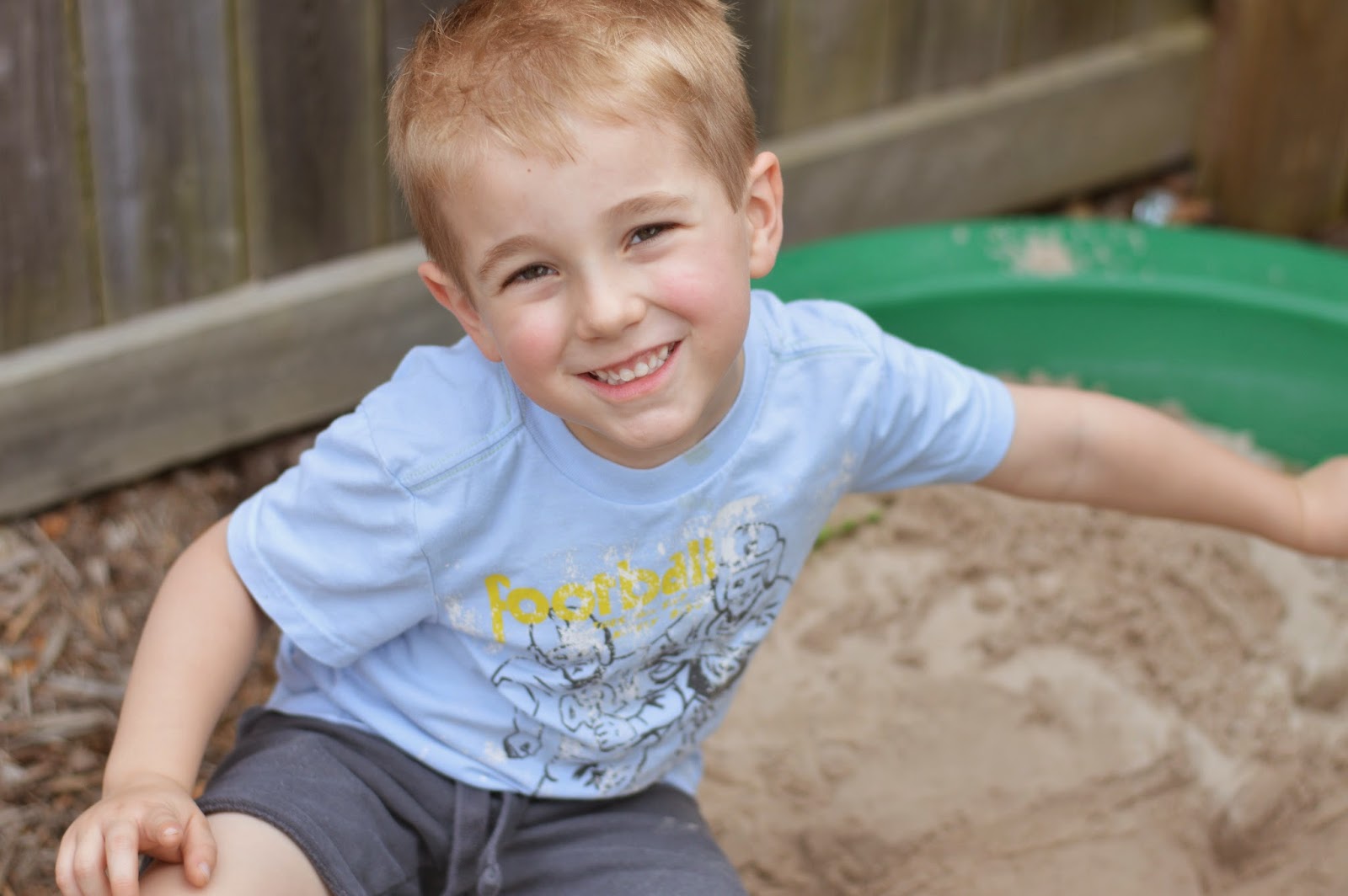 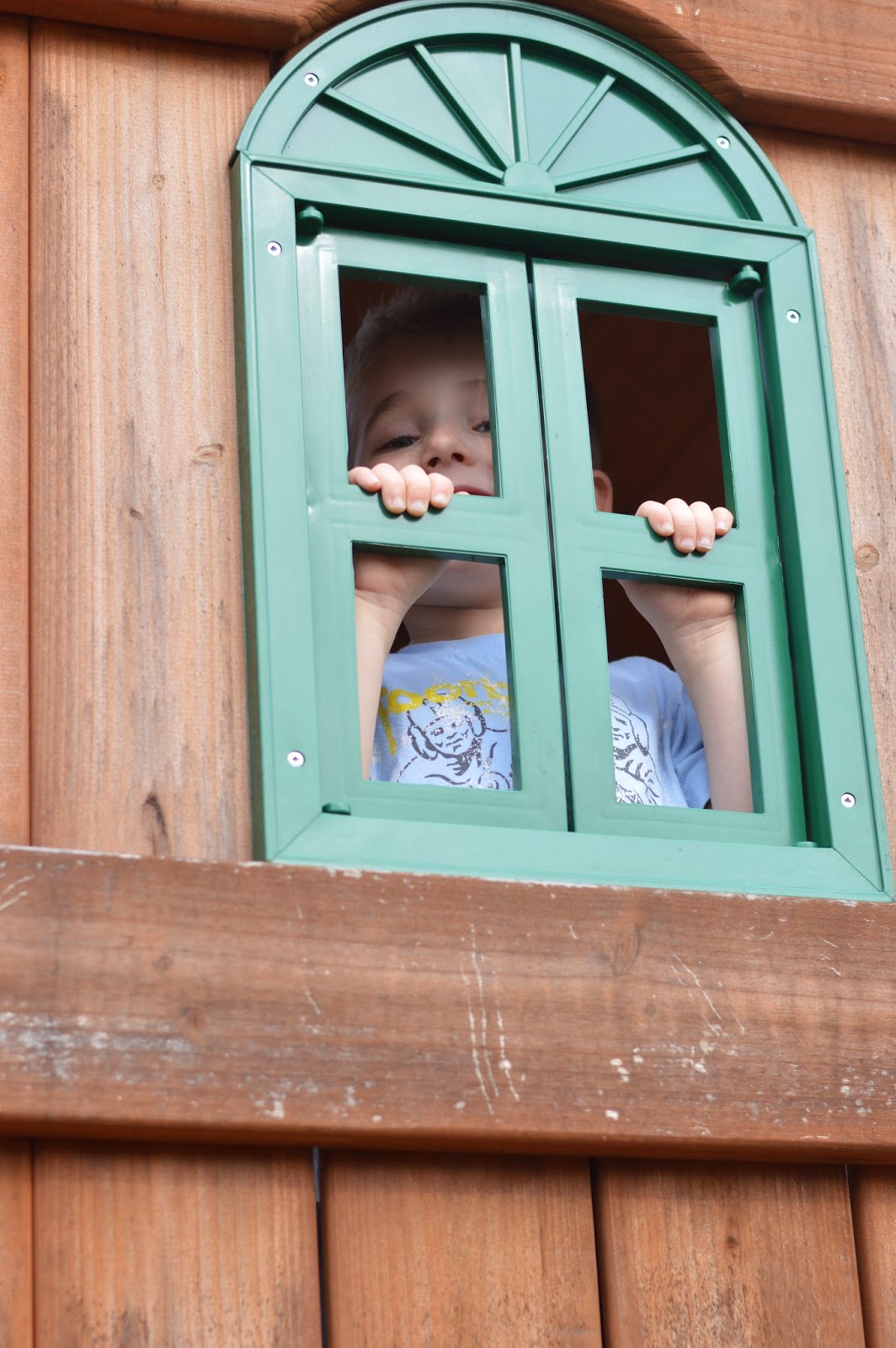 Kye’s Room: Leading up to the BIG MOVE upstairs, I really tried to have the kids spend as much time playing together in Kye’s room as they could. I will miss the days of them cuddling up in his bed with their toys and reading stories together. Now I know they will probably start playing in Britt’s big girl bed, but it’s still the end of an era! 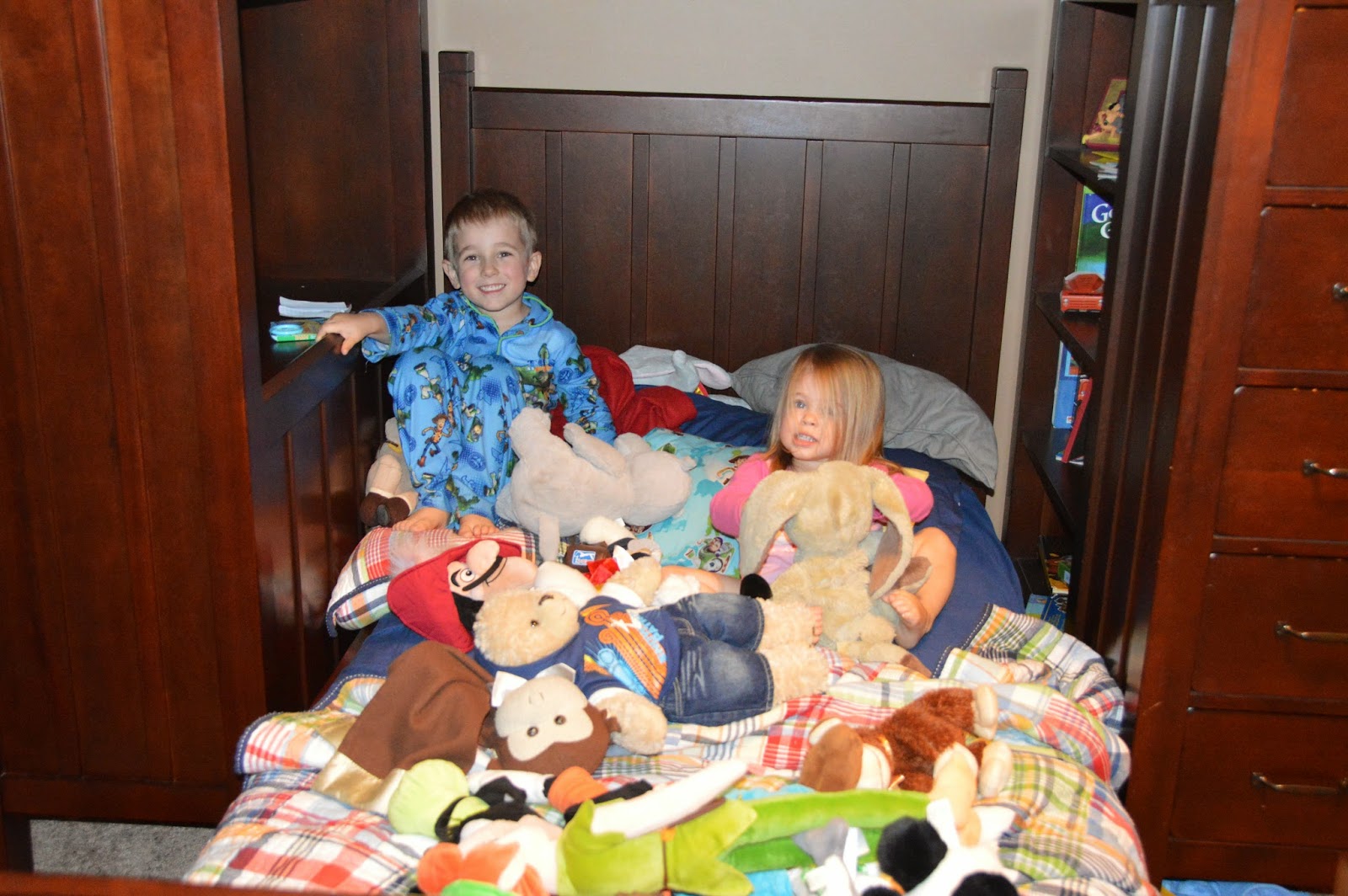 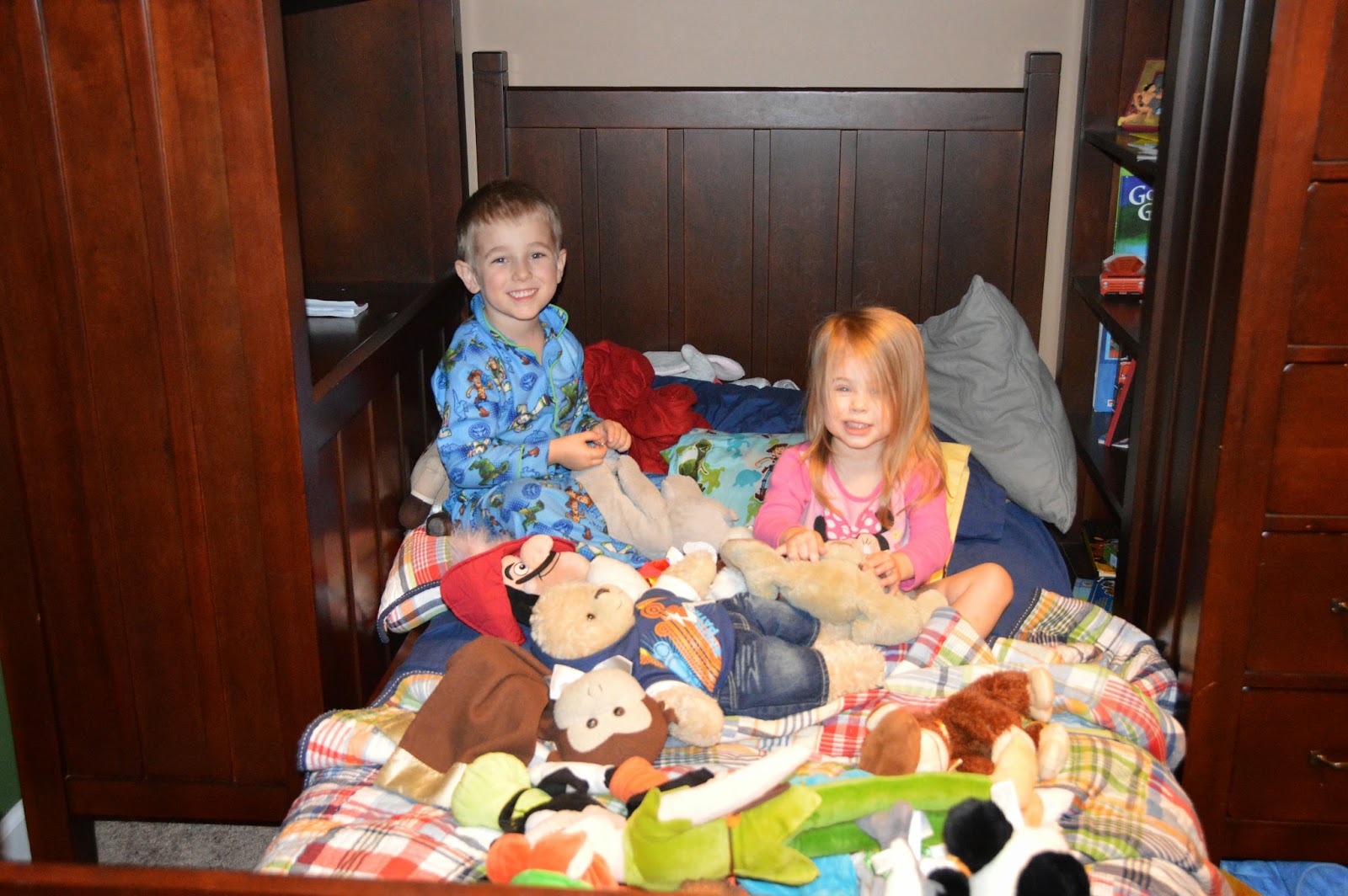 Togetherness: The kids are starting to play better and better together. Fighting still occurs, but they also will play NICELY too. It’s really sweet when they love on each other and I hope that only become more frequent and that the bickering become less and less 😉 Wishful thinking huh? 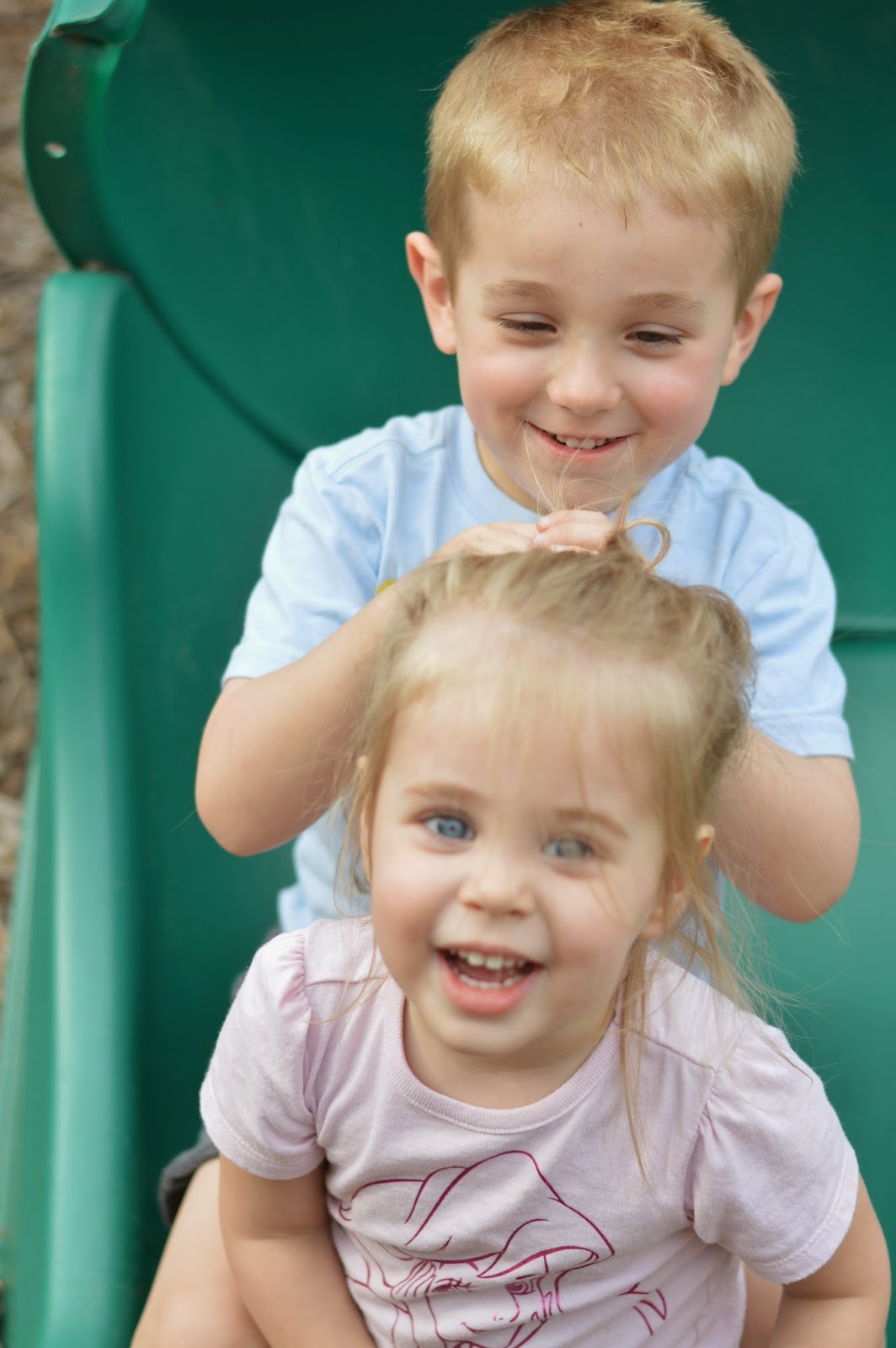 Blocks: One area we def still struggle with in the arguing department is the magnatiles. Kye likes to use them ALL to build these massive towers and Britt wants to come and tear it all down. I try to give them each their own pile but she often still ends up knocking his over. Oh the joys of little sisters! Here’s a video of them somewhat playing together 😉 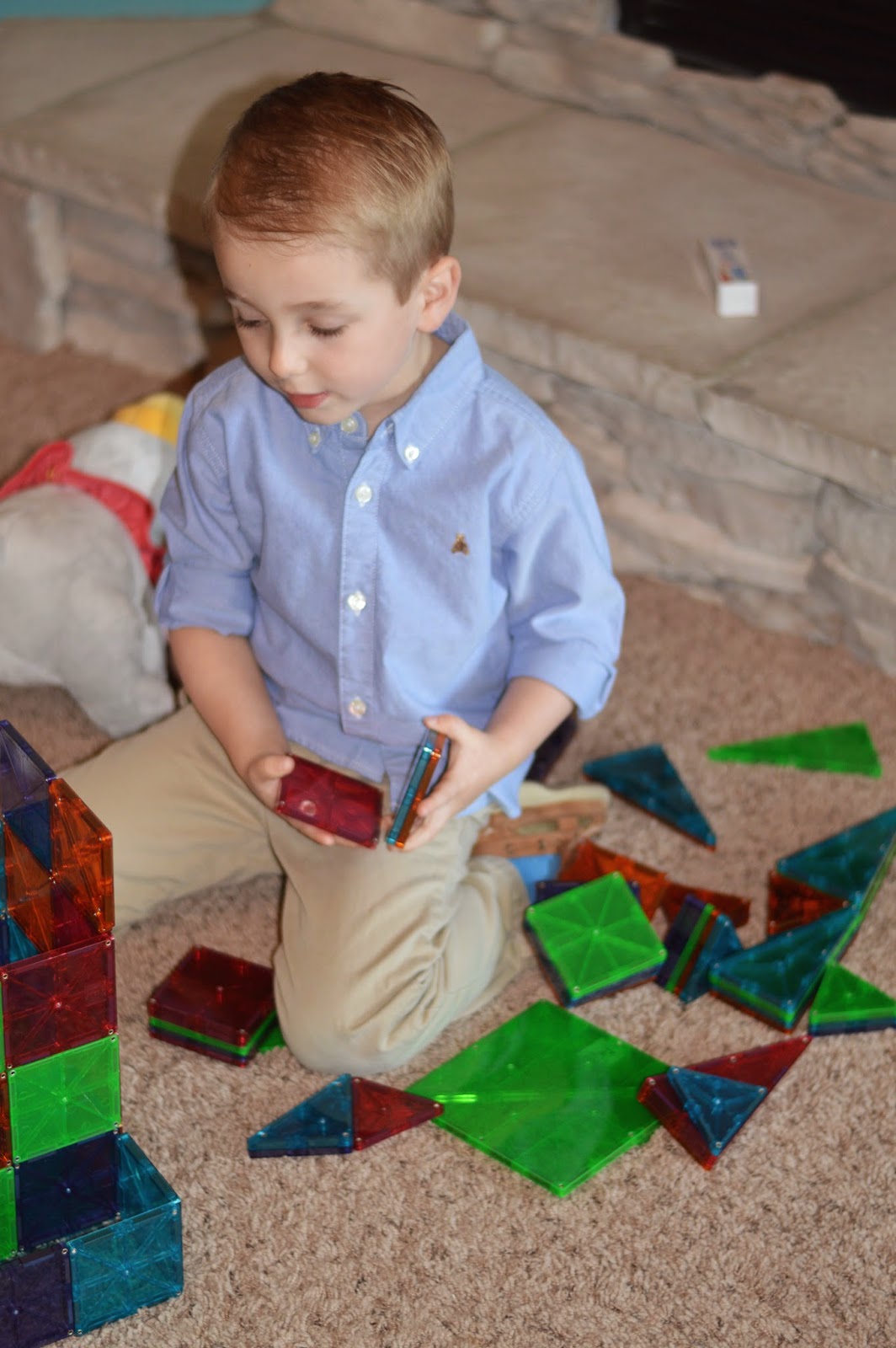 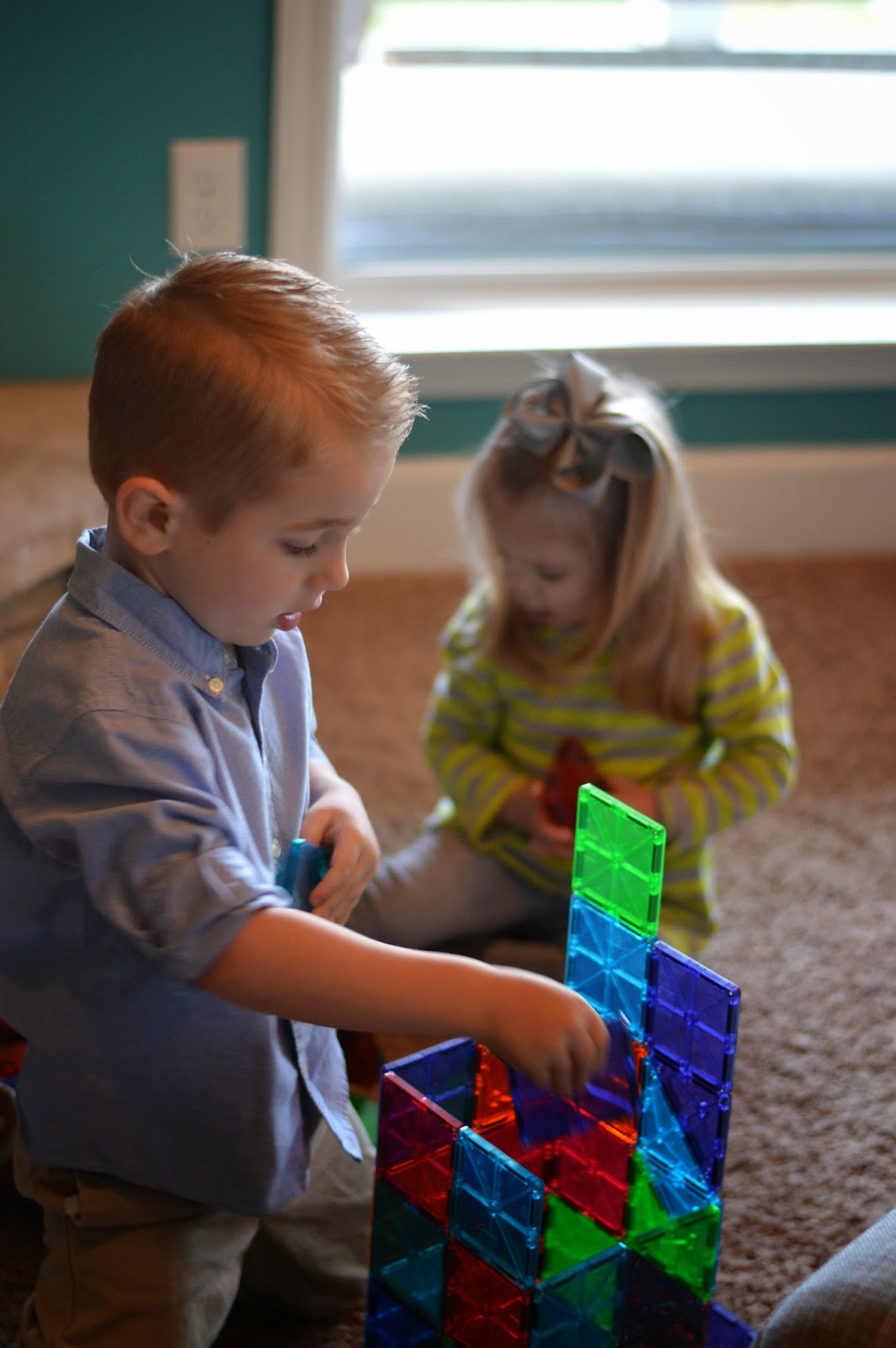 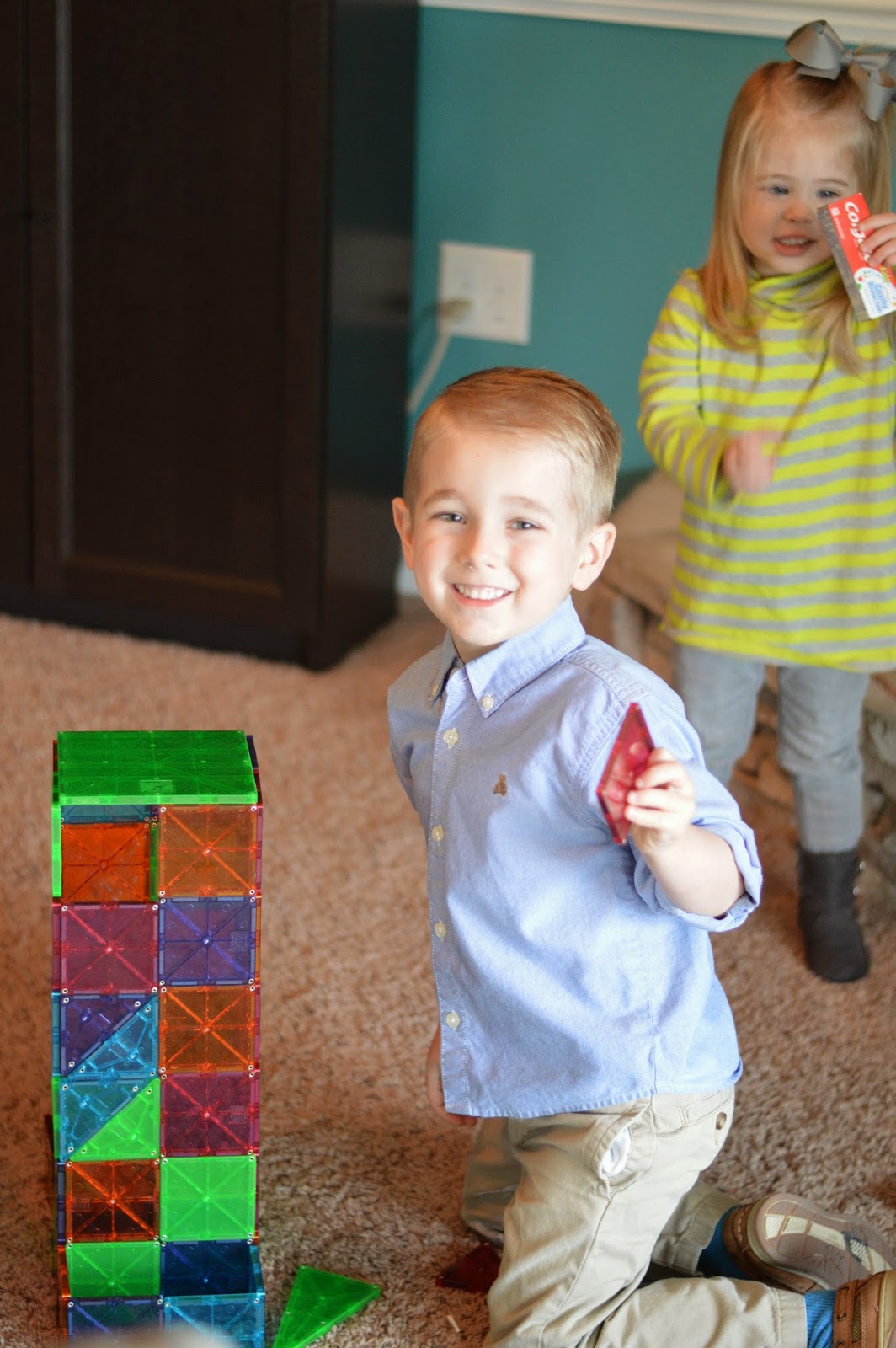 Other Things from This Month:

Another great month with my sweet boy! 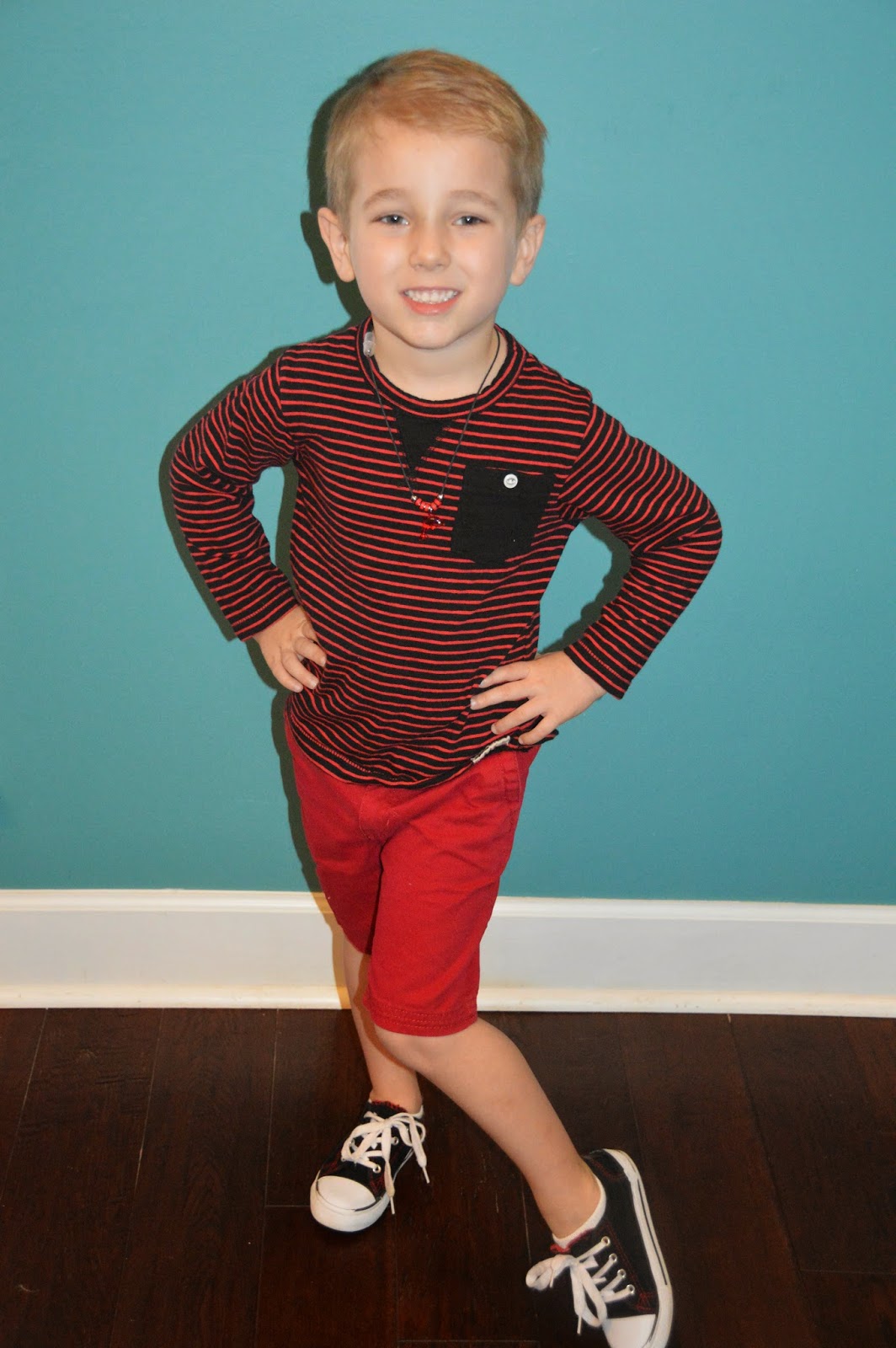 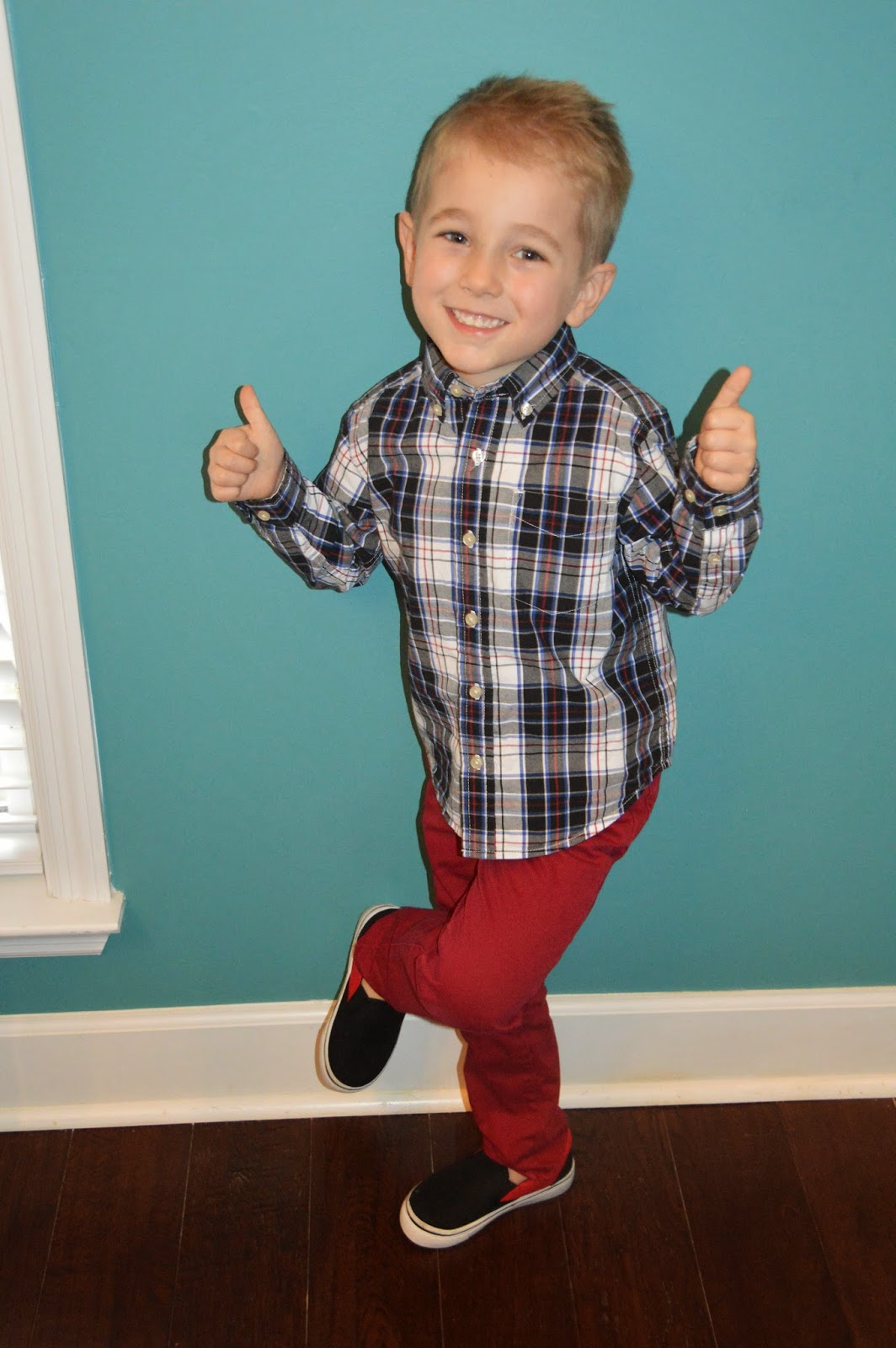 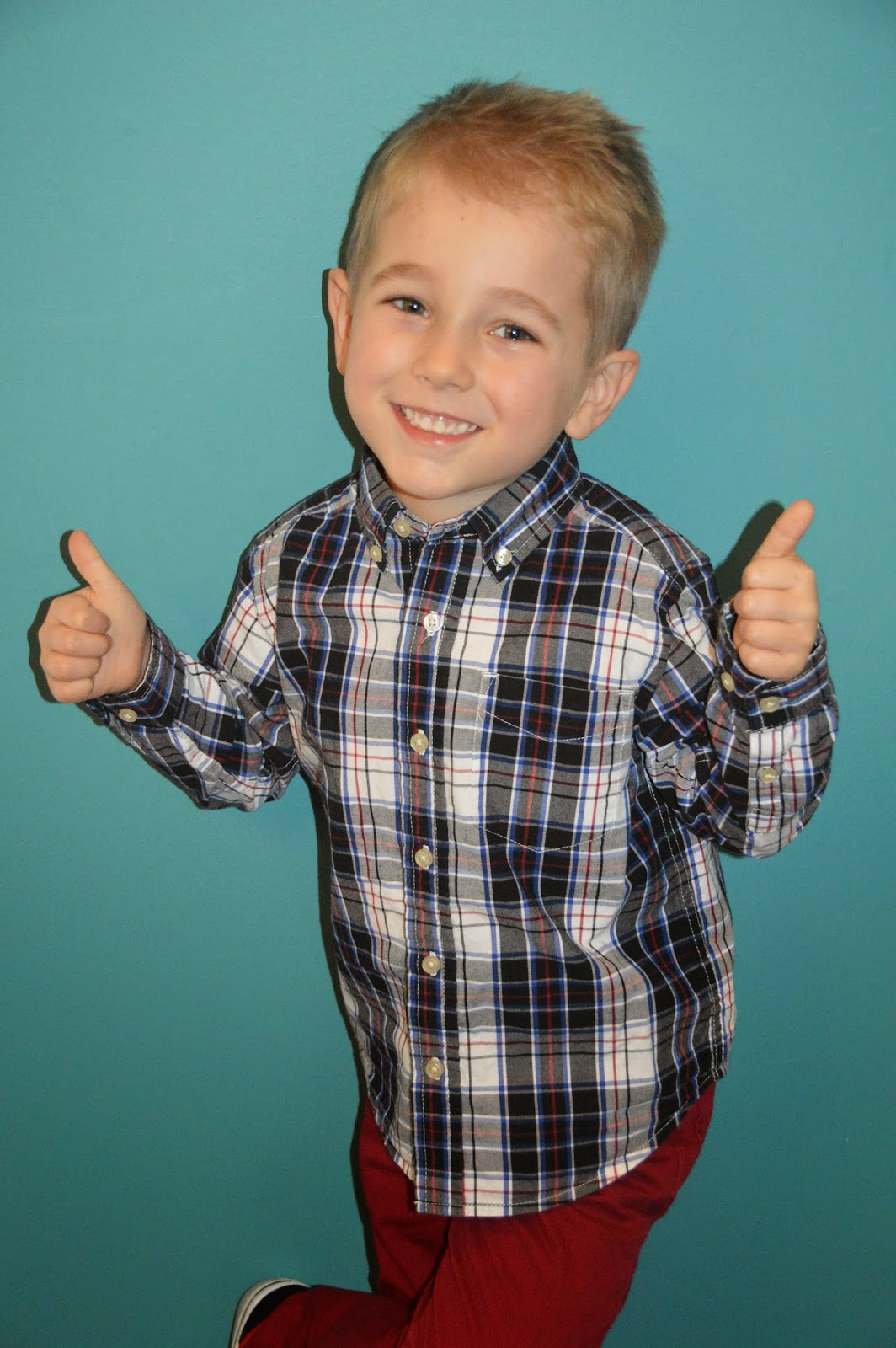