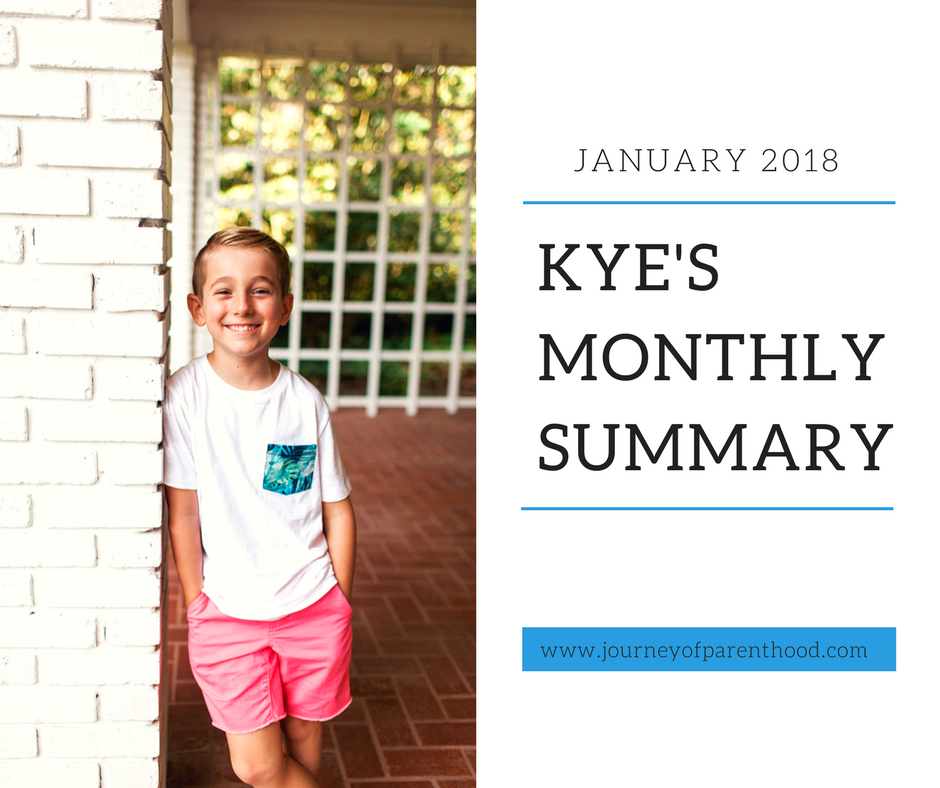 Kye and Zach both love putting together puzzles. I really need to invest in some sort of puzzle storage thing so they can enjoy putting them together without leaving them sitting on my dining room table!!! Katie told me that her grandmother loved doing puzzles and that it kinda became a “thing” where everyone would do puzzles together at her house. I LOVE that idea and think it’d be really fun to get a puzzle as a family gift every Christmas then have it out over the break and work on it together. Wouldn’t that be such a great tradition and a great way to sit and talk together? BUT I do NOT like how puzzles sit OUT. Ugh. I am just not a fan of clutter! I like my table clean especially since it’s the first thing people see when they walk in the door! So I def need a solution for that! 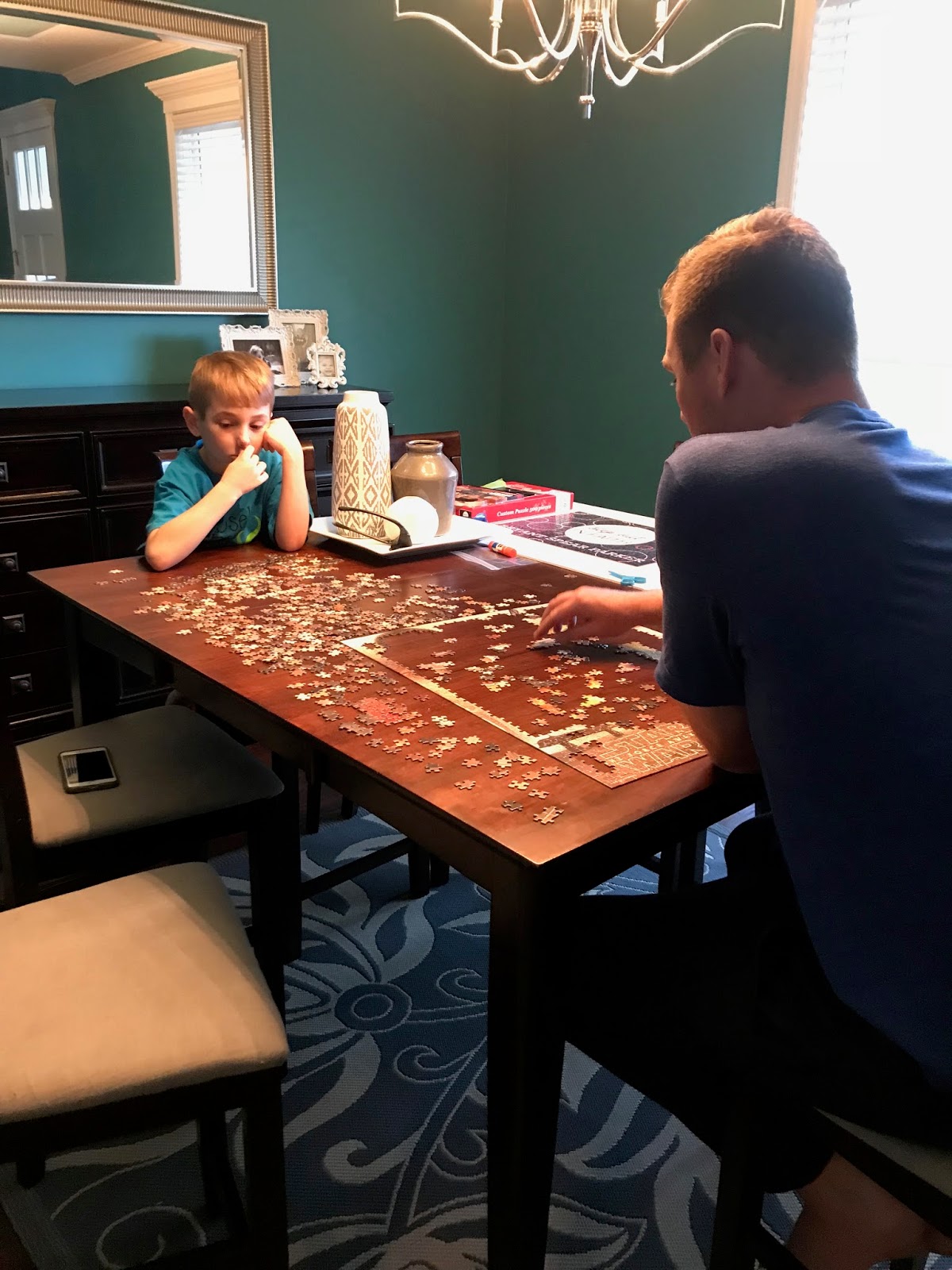 For now, I was just super pumped that they finished the puzzle so they could take it apart and put it away haha! 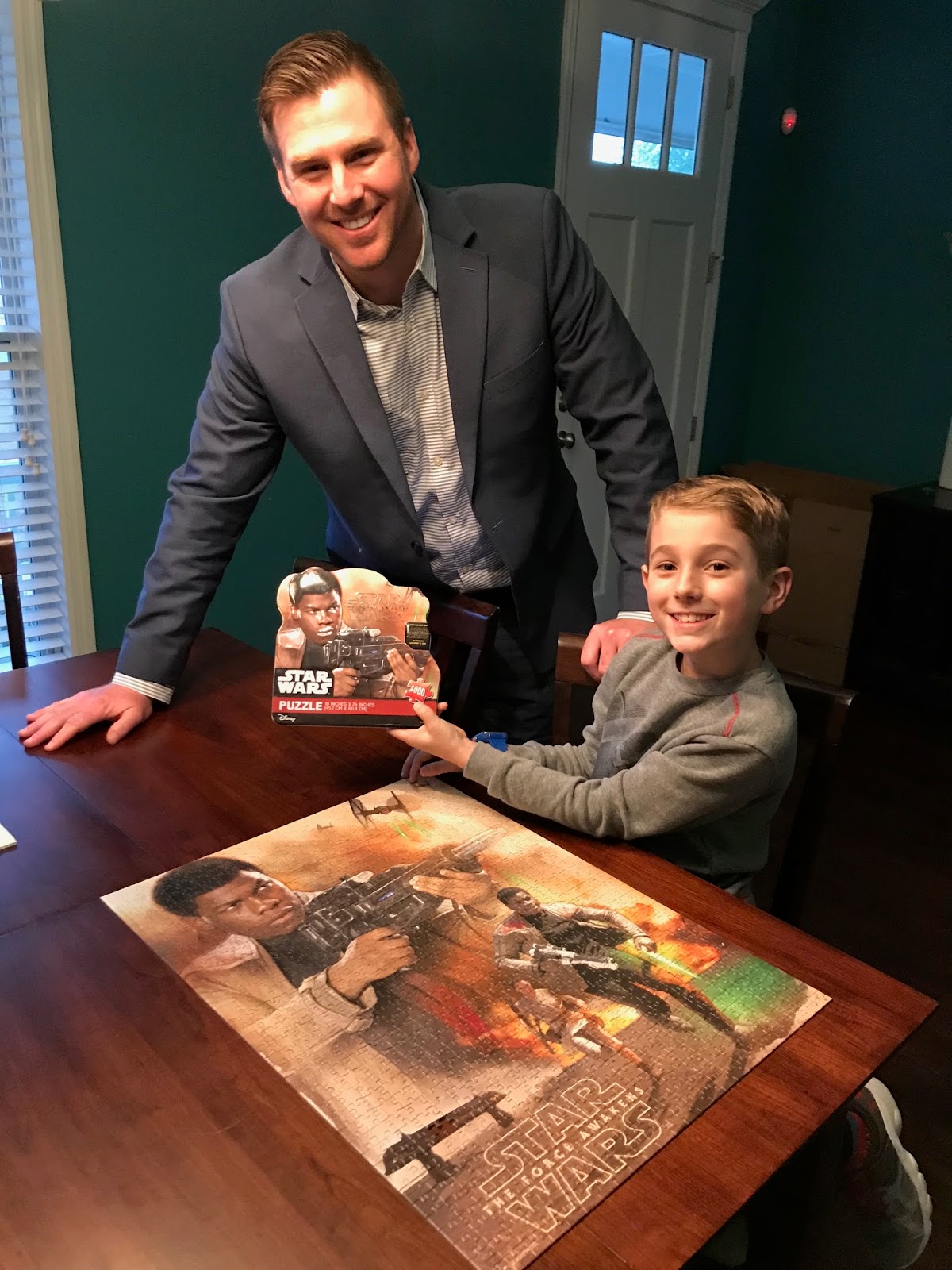 I’ve mentioned this in previous posts but for Christmas we got Kye a Sphero BB8. Y’all. It’s AWESOME. It’s a big splurge but for a Star Wars fan it’s worth it! Kye used it a ton this month and it was SO fun having BB8 watch some of the Star Wars movies with us…he responds throughout the movies! 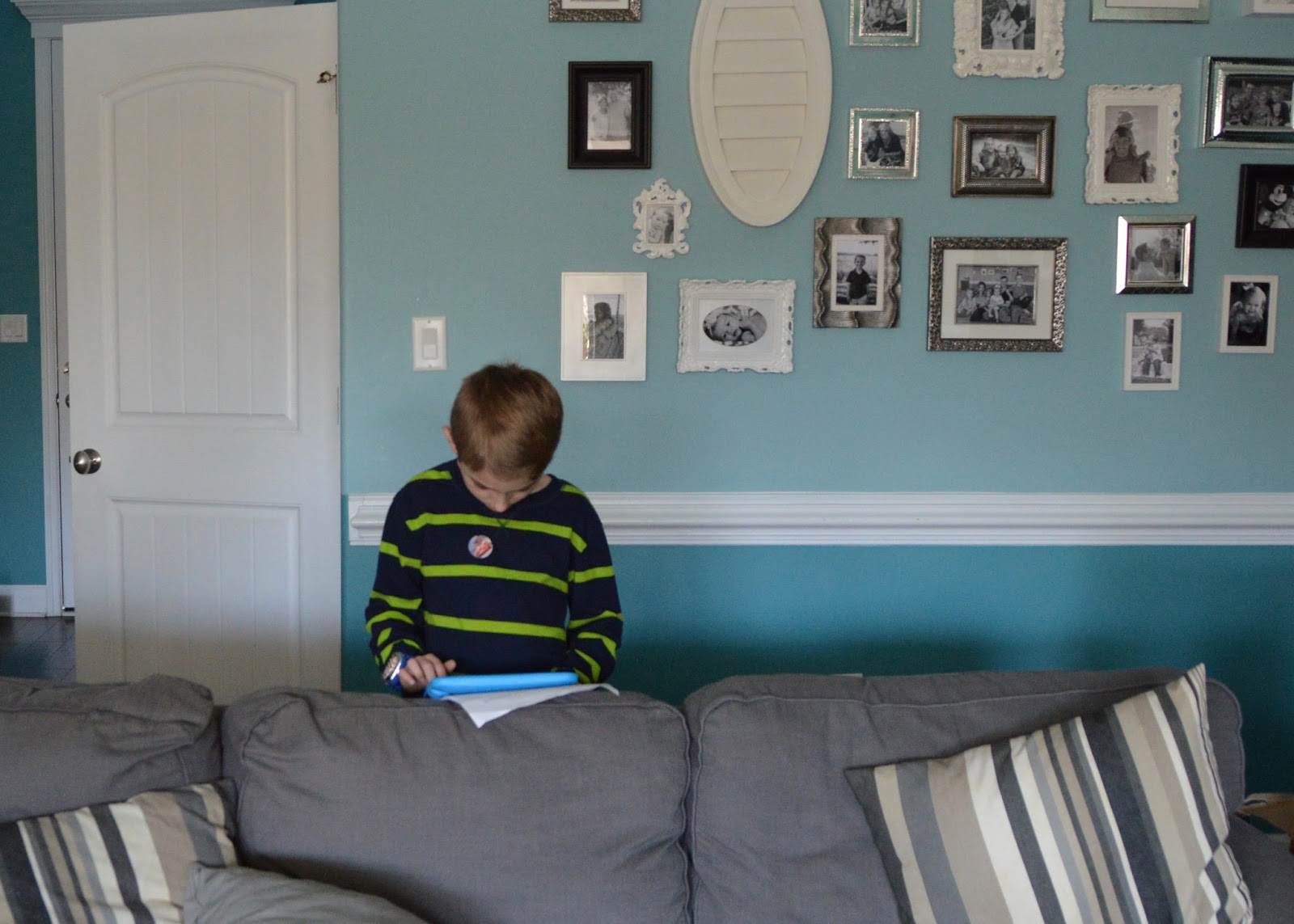 Here’s a video of him doing his thing! 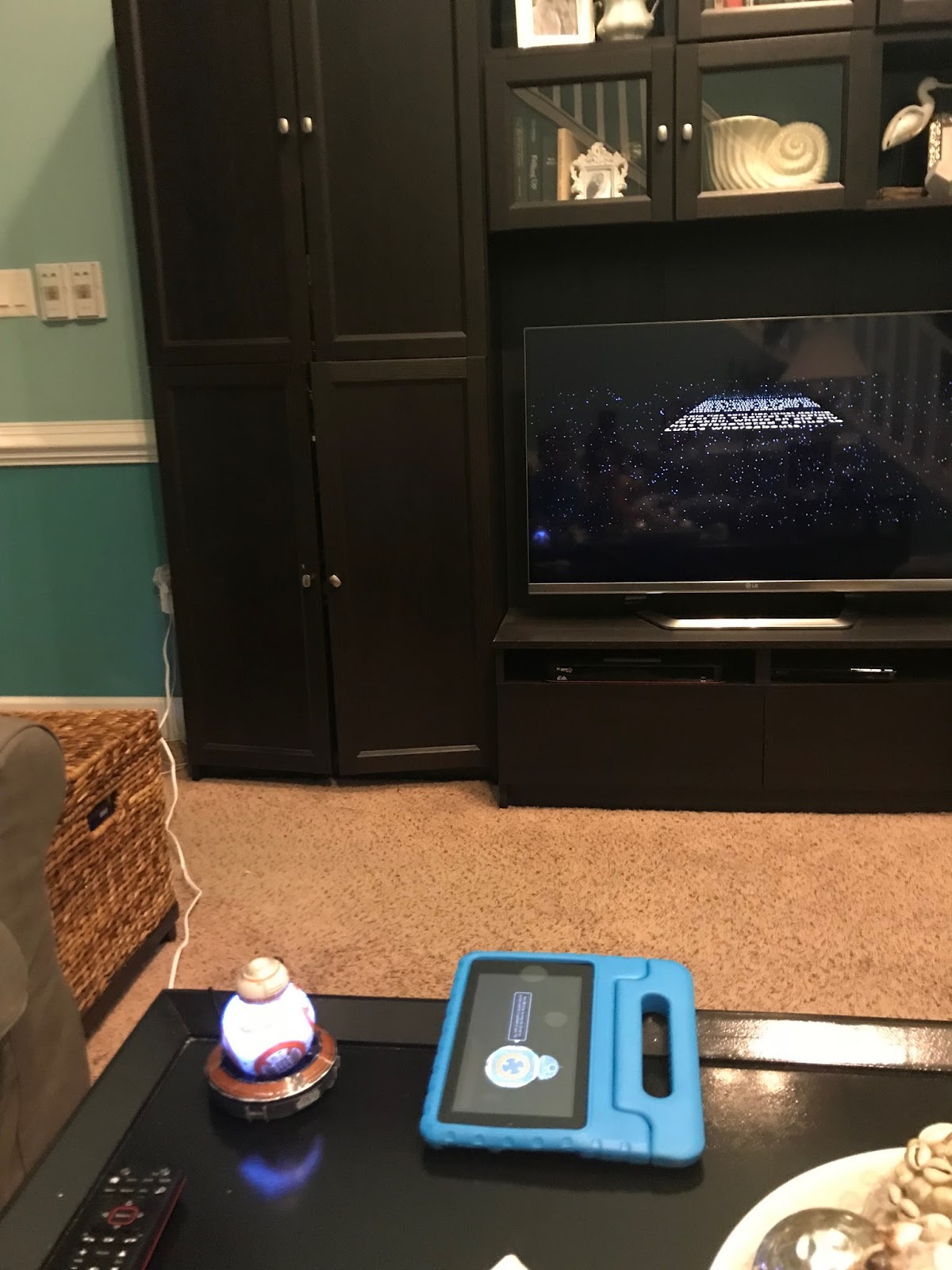 Magnetic sets are a HUGE hit around here! The kids got several Magformers sets for Christmas and have loved playing with them. 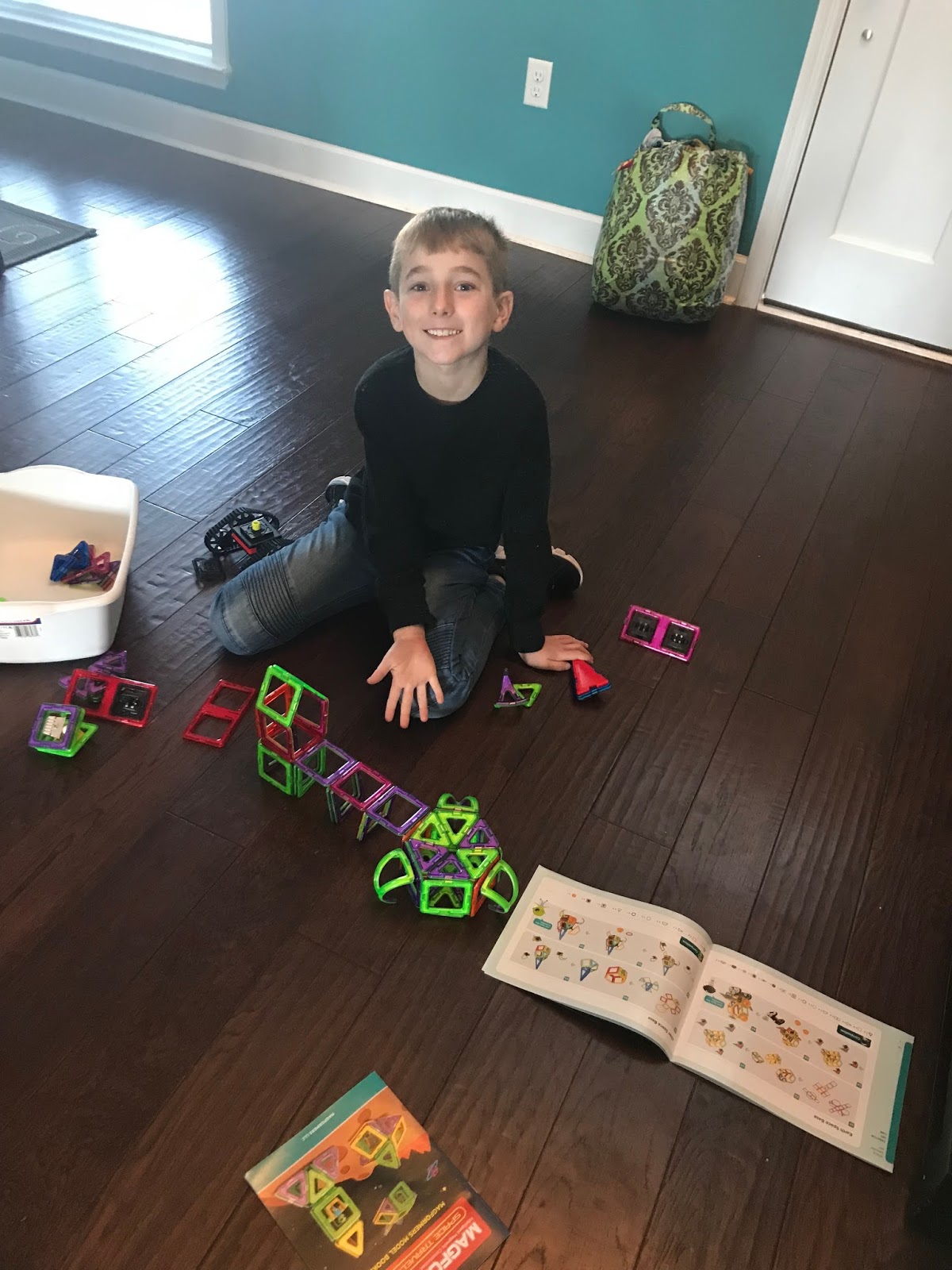 Of course a good ‘ole box is always a favorite too 😉 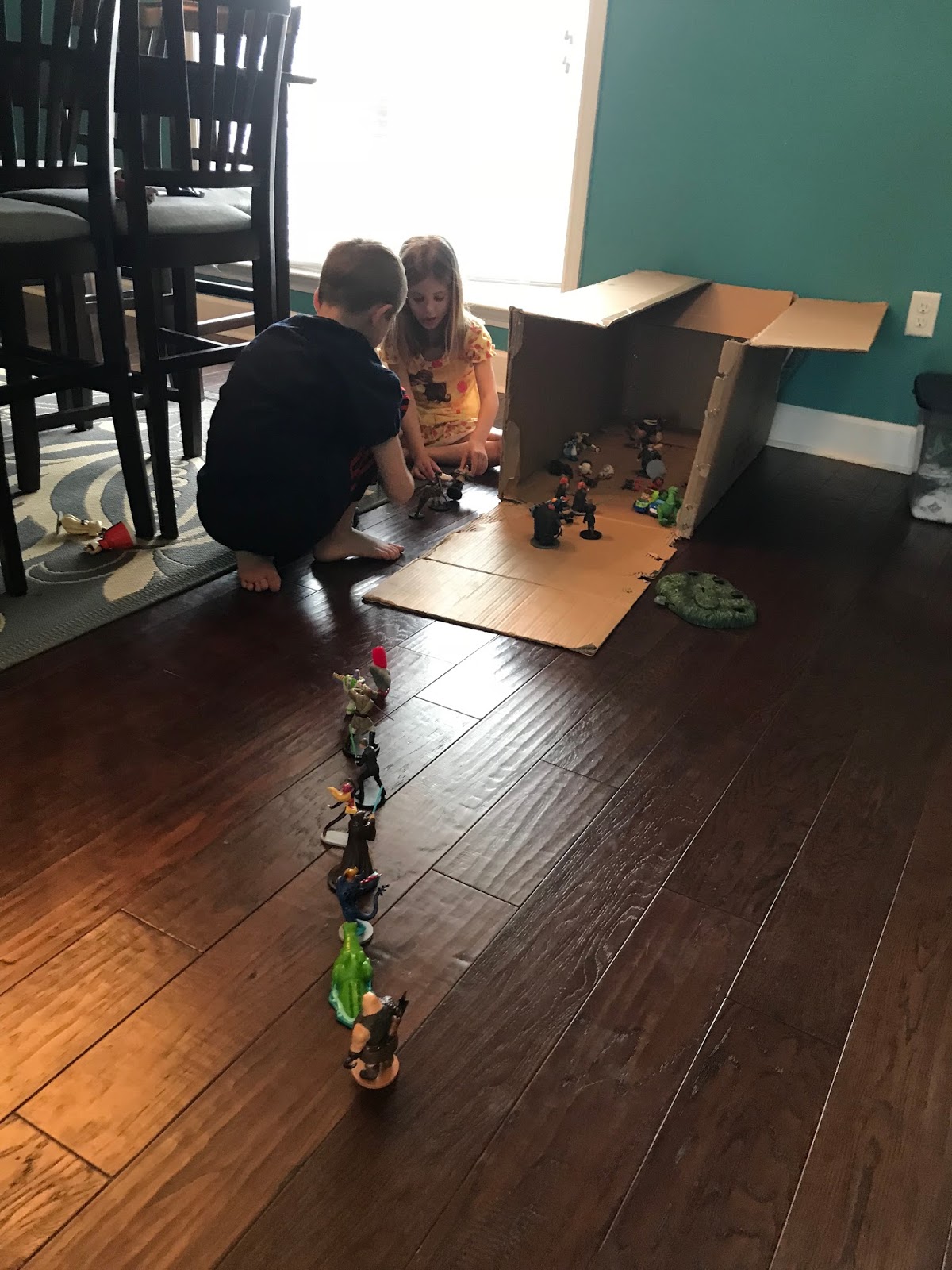 I love that Kye will just cozy up and read! It’s so neat too that he’s at an age where he’s reading some of my old favorites. Hello Judy Bloom? Duh. 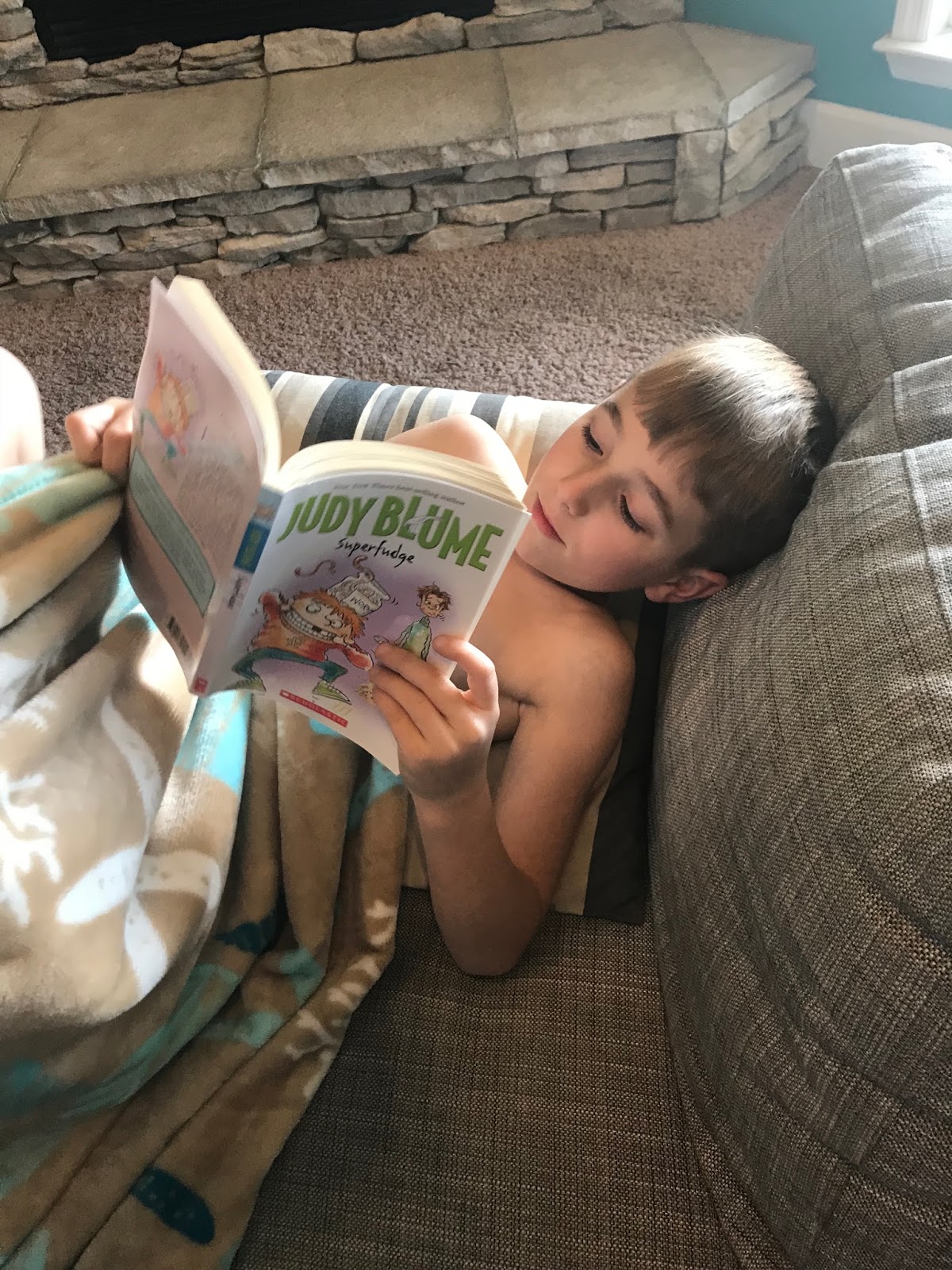 I try really hard when I have a new baby to make sure I set aside solo time with each older child. SO much of my time is devoted to caring for Spear and I always want to be mindful to pour into all my babies too! I did a “20 min solo time” with each older kid and they got to pick a game for just the two of us to play. Kye chose Star Wars Battleship and it was so fun! We were literally down to the WIRE on who would win! 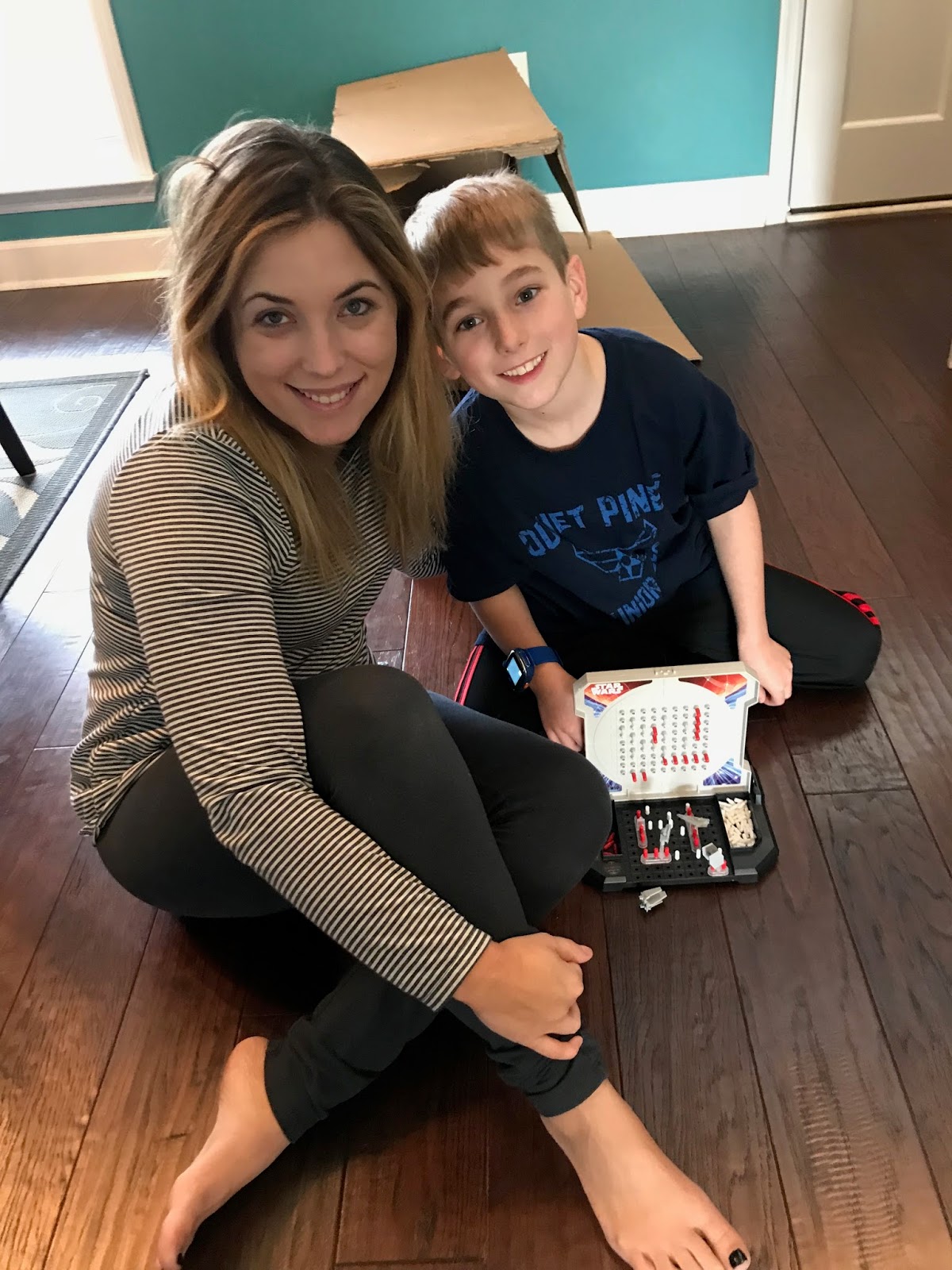 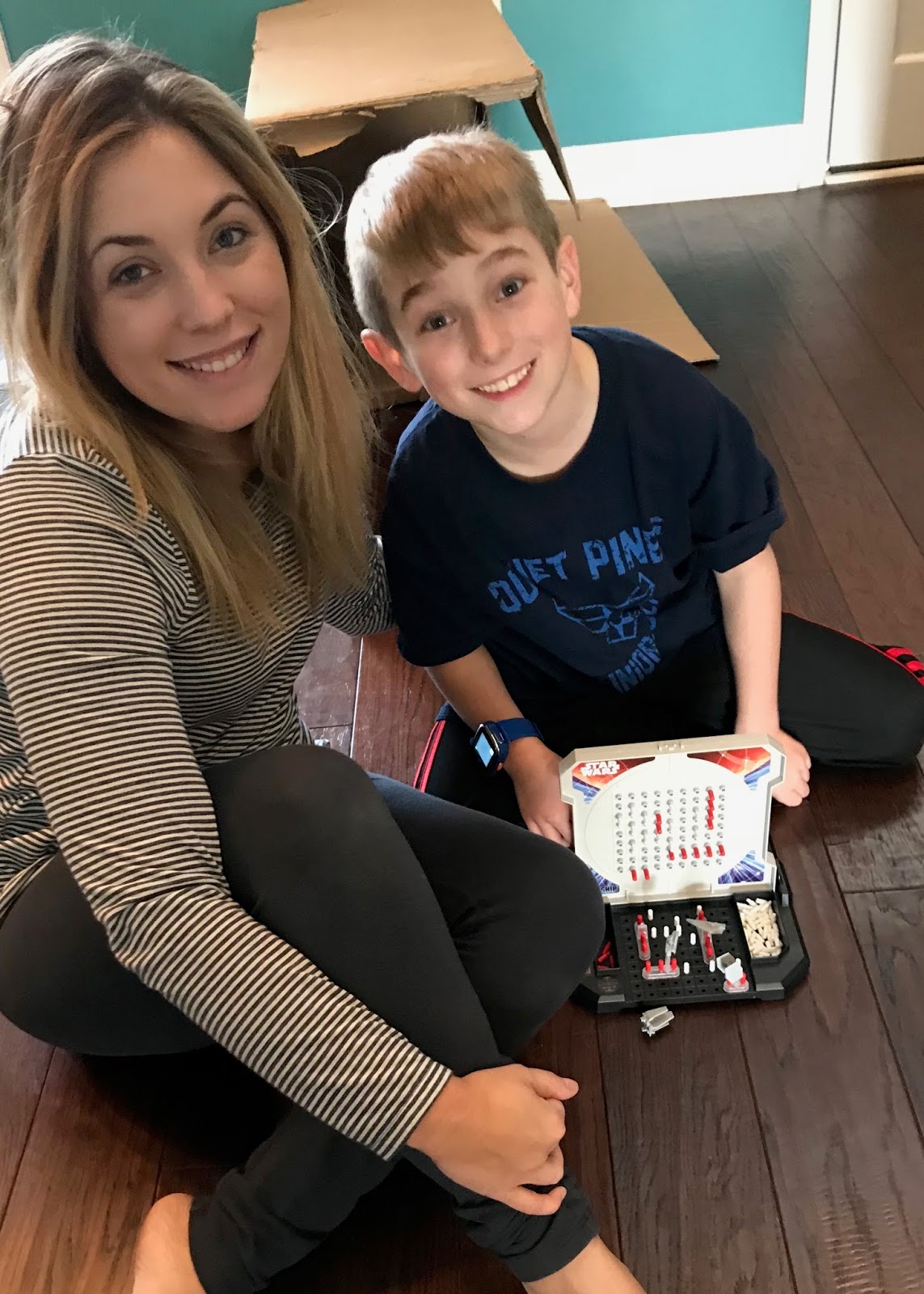 I also took each older child on a “Mommy date” this month. Kye chose to have lunch at Ci-Ci’s pizza and we had such a fun time! It’s getting trickier to connect as easily with Kye as he’s getting older. I can’t press too hard or ask too much and just have to kinda let things happen on his terms. It was funny because he just wanted to EAT and then once he was done eating he opened up more and shared more of his thoughts with me. Kye is FOR SURE entering that “pre-teen” era of life. He’s quicker to be emotional and isn’t always consistent in his responses. It’s hard to read the moment with him and know the best way to communicate with him on things. Sometimes one way works, sometimes it doesn’t. I’m thankful for the close bond we share and savor those moments when he does open up even more now that they aren’t as often! 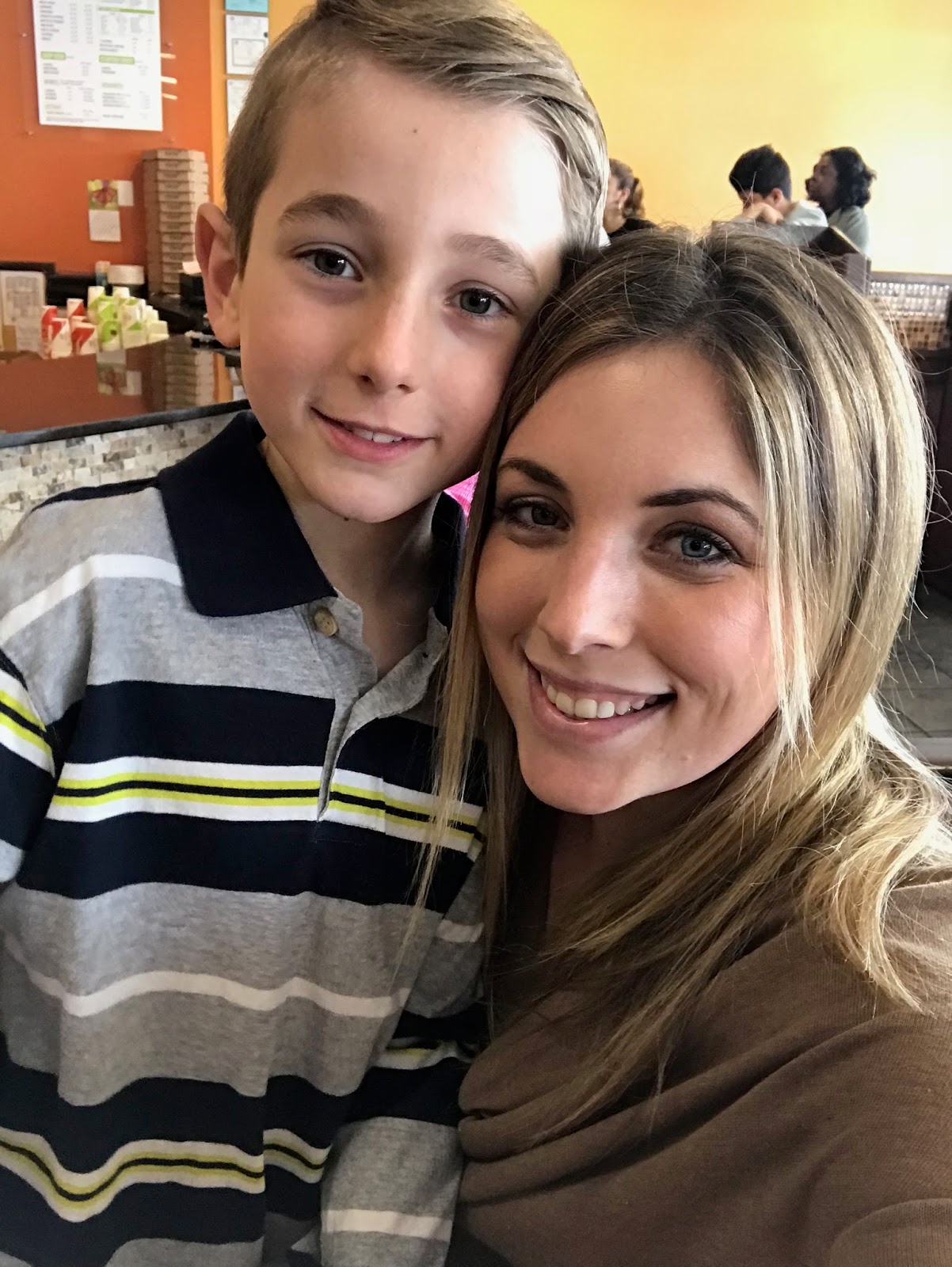 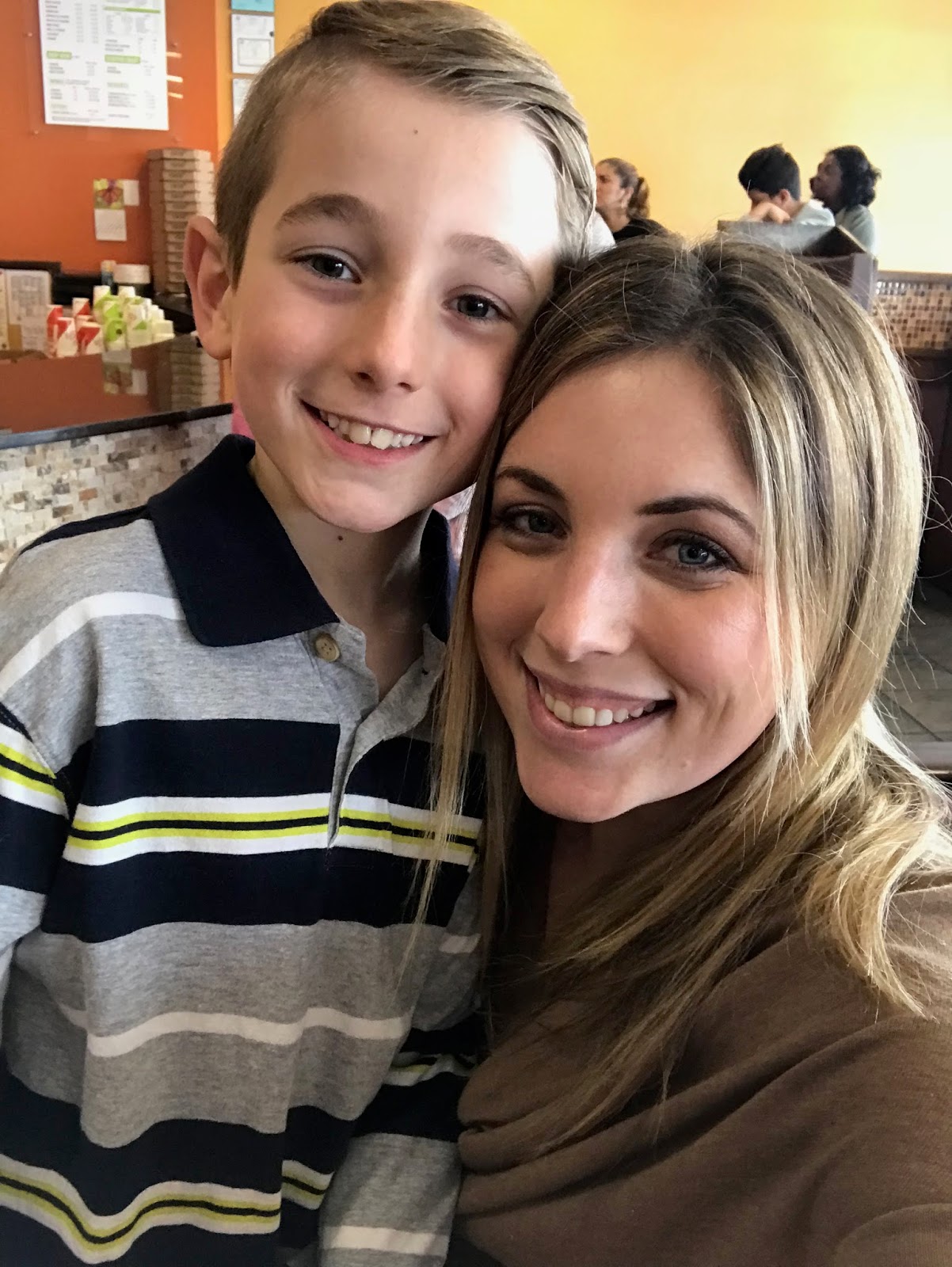 “What? I just got my normal amount of pizza?” haha 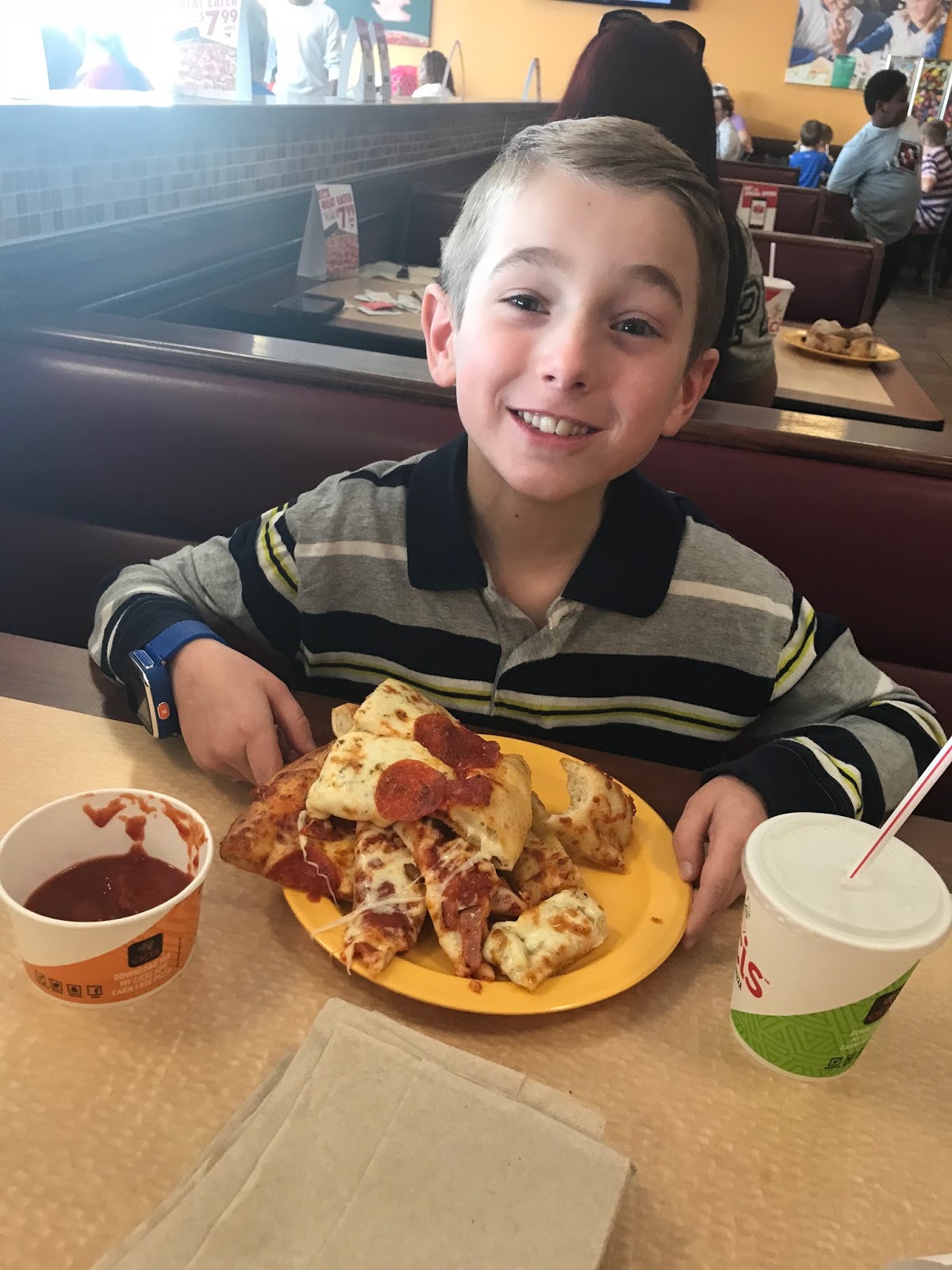 Kye has always loved all of his siblings and bonds so well with each of them! He’s had to sacrifice three times over now when we’ve welcomed new babies into our home and he’s a PRO at being a big brother. He’s never had an ounce of jealousy or a single issue with any of our babies or this stage of life where things tend to revolve around the baby’s needs. All the babies always adore him just as much as he adores them!

I cannot WAIT to see Spear and Kye grow up together!!! Kye continues to excel in the classroom setting! This month he mastered the multiplication testing on the XtraMath program they have at school. 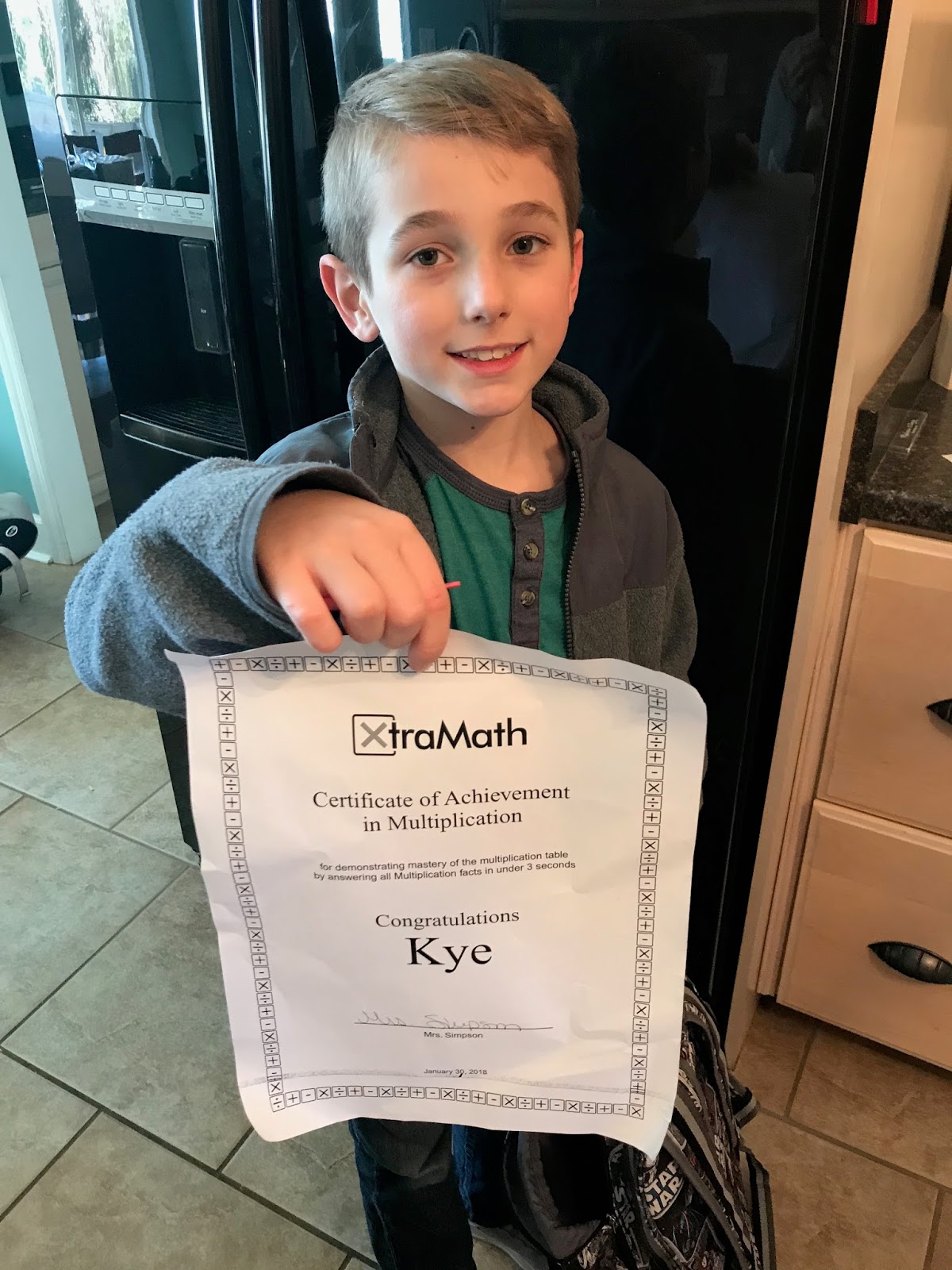 I also DIED when he brought this assignment home. It was writing about their traits and who they take after in their family. My fav part “I have a big head like my mom and Cam” bahaha 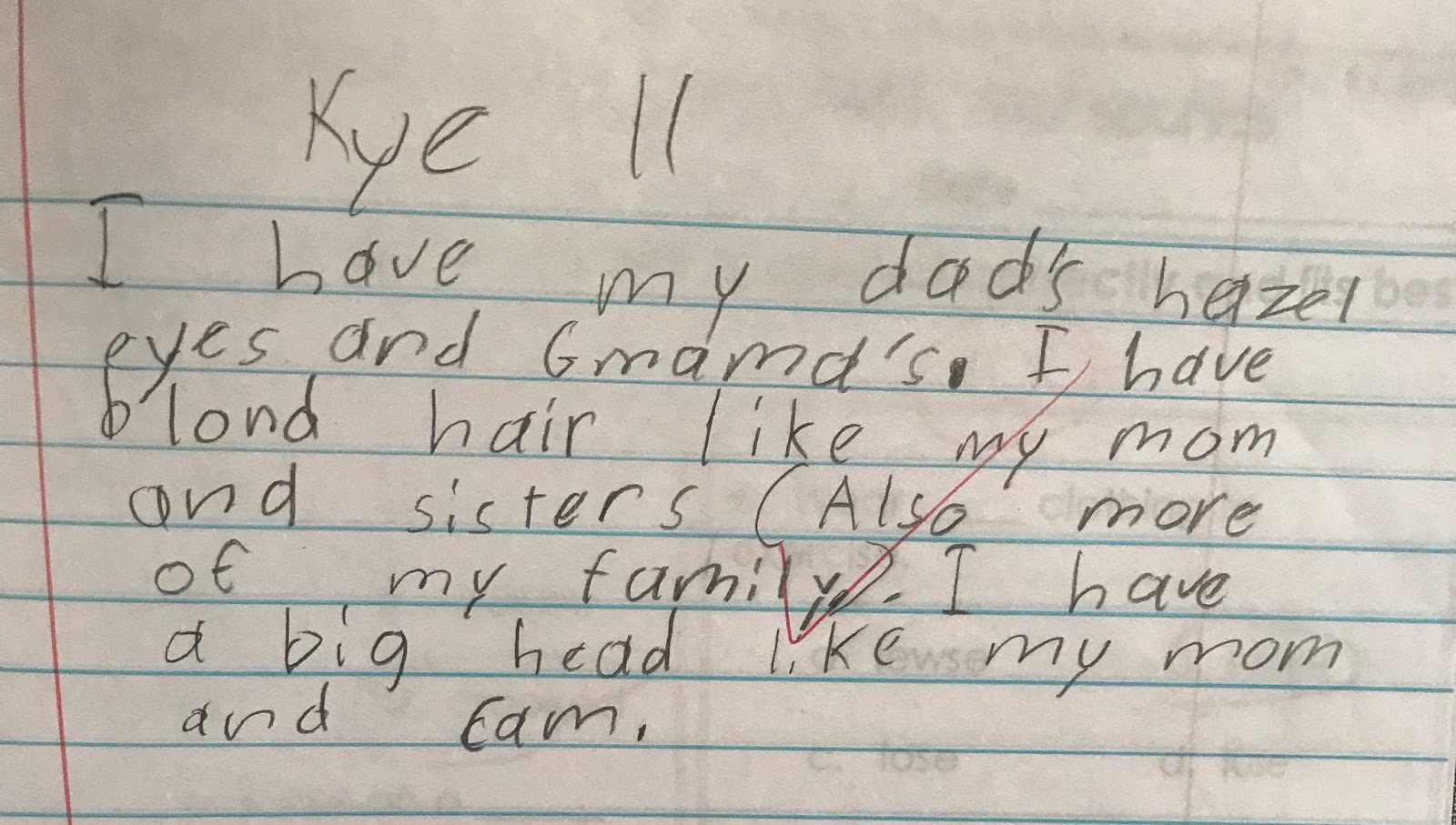 Kye also got rolling on his public blog this month!

Have you checked it out? 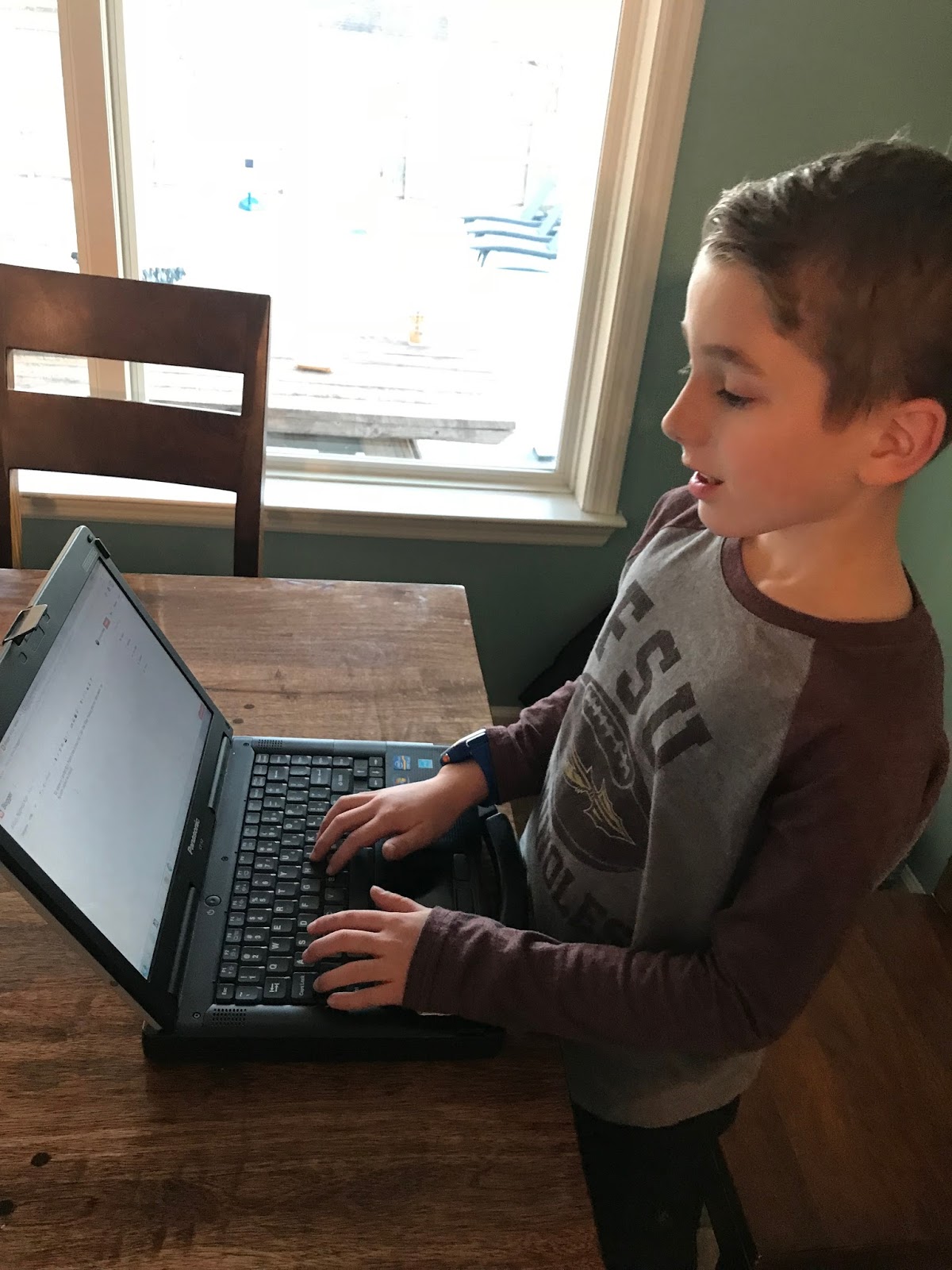 This month during evening services the young men of the congregation lead every aspect of the worship. They all did SO GREAT. Each of the boys decided what they wanted to participate in doing and chose what they were going to do (songs they sang, scripture they read, and wrote their own lessons). We were all so proud of Kye for his desire to serve and his excitement in leading so many aspects of the service! We filled a solid 2 rows in the pews with all the supporters 😉 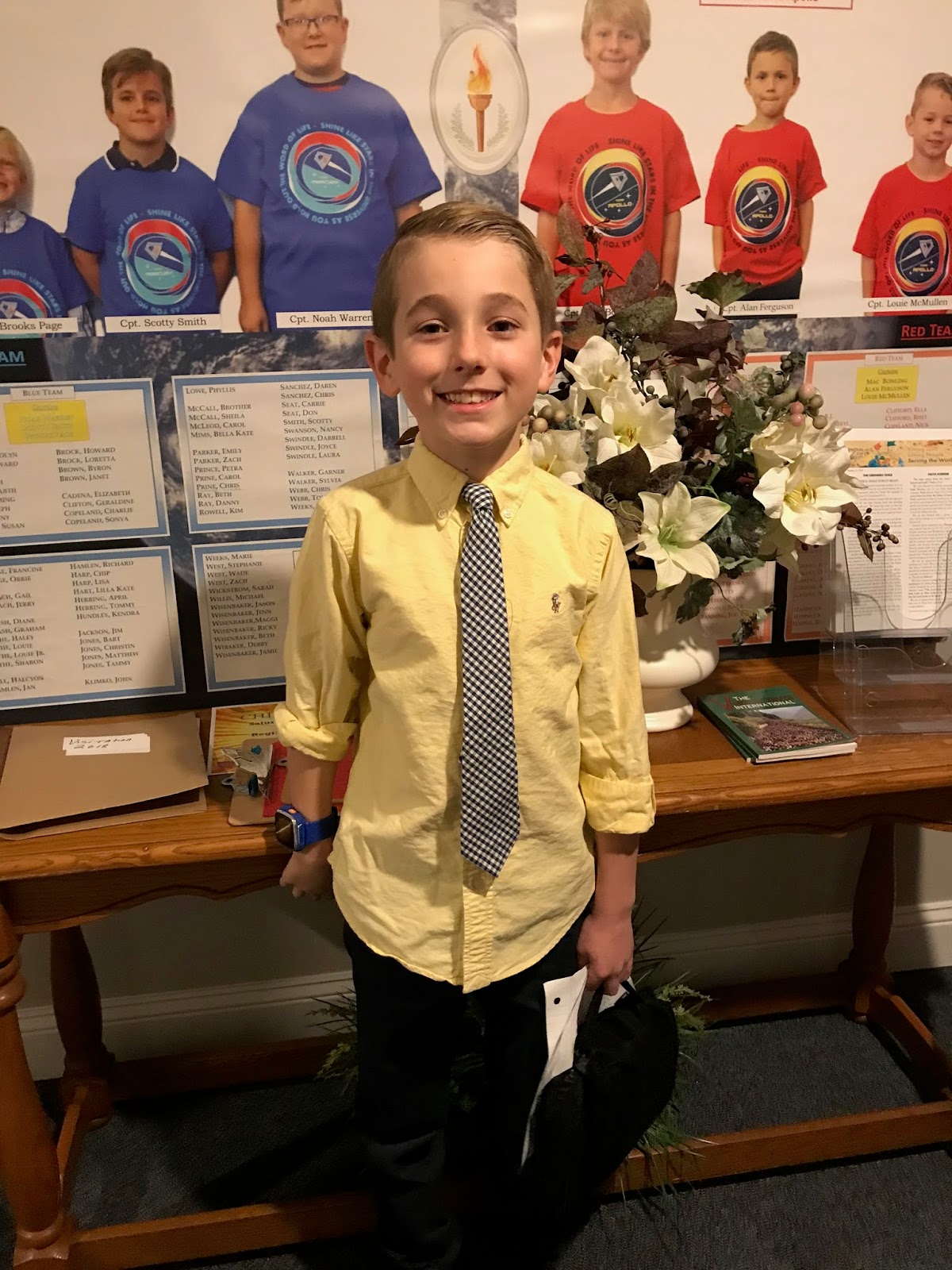 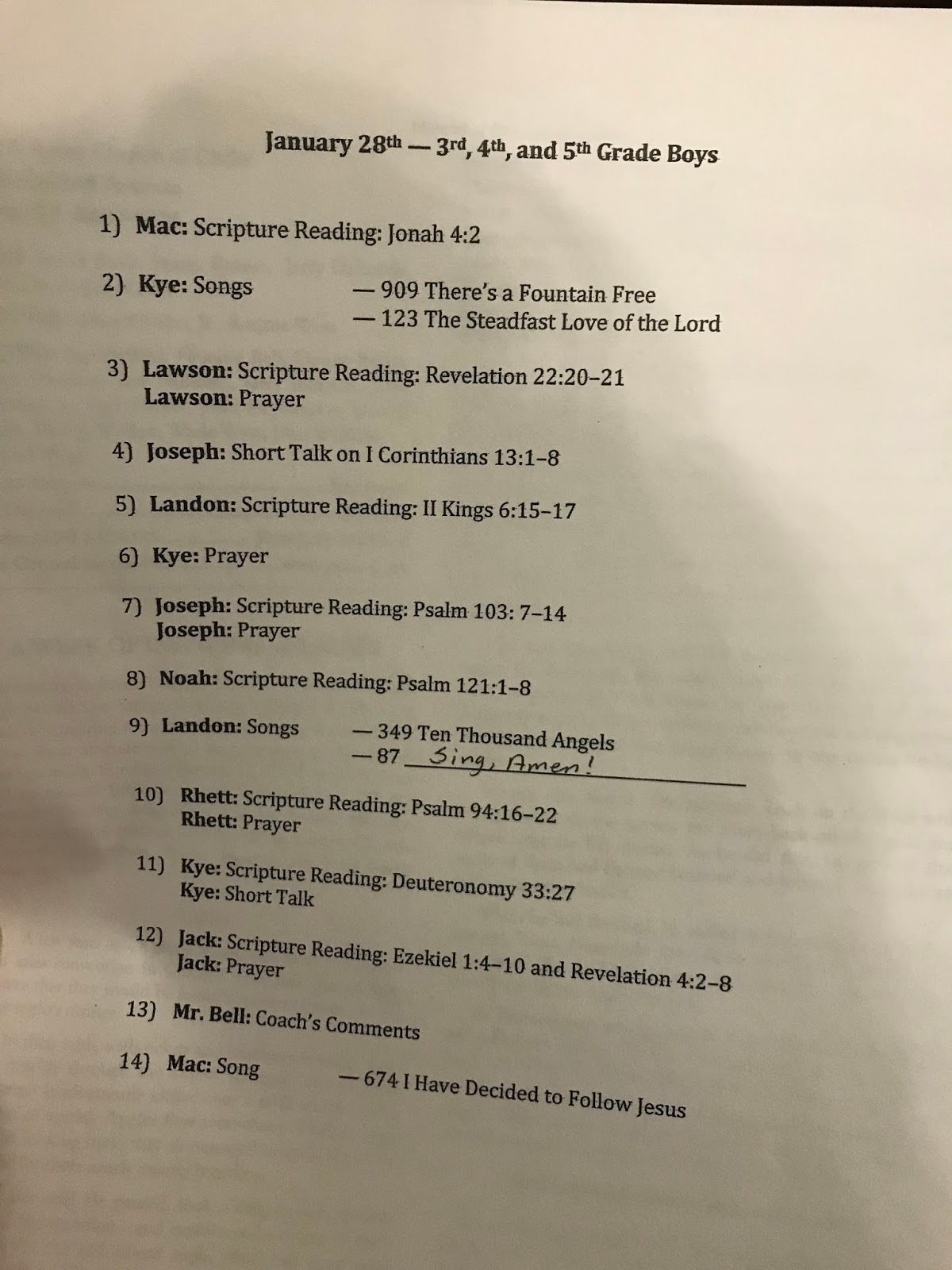 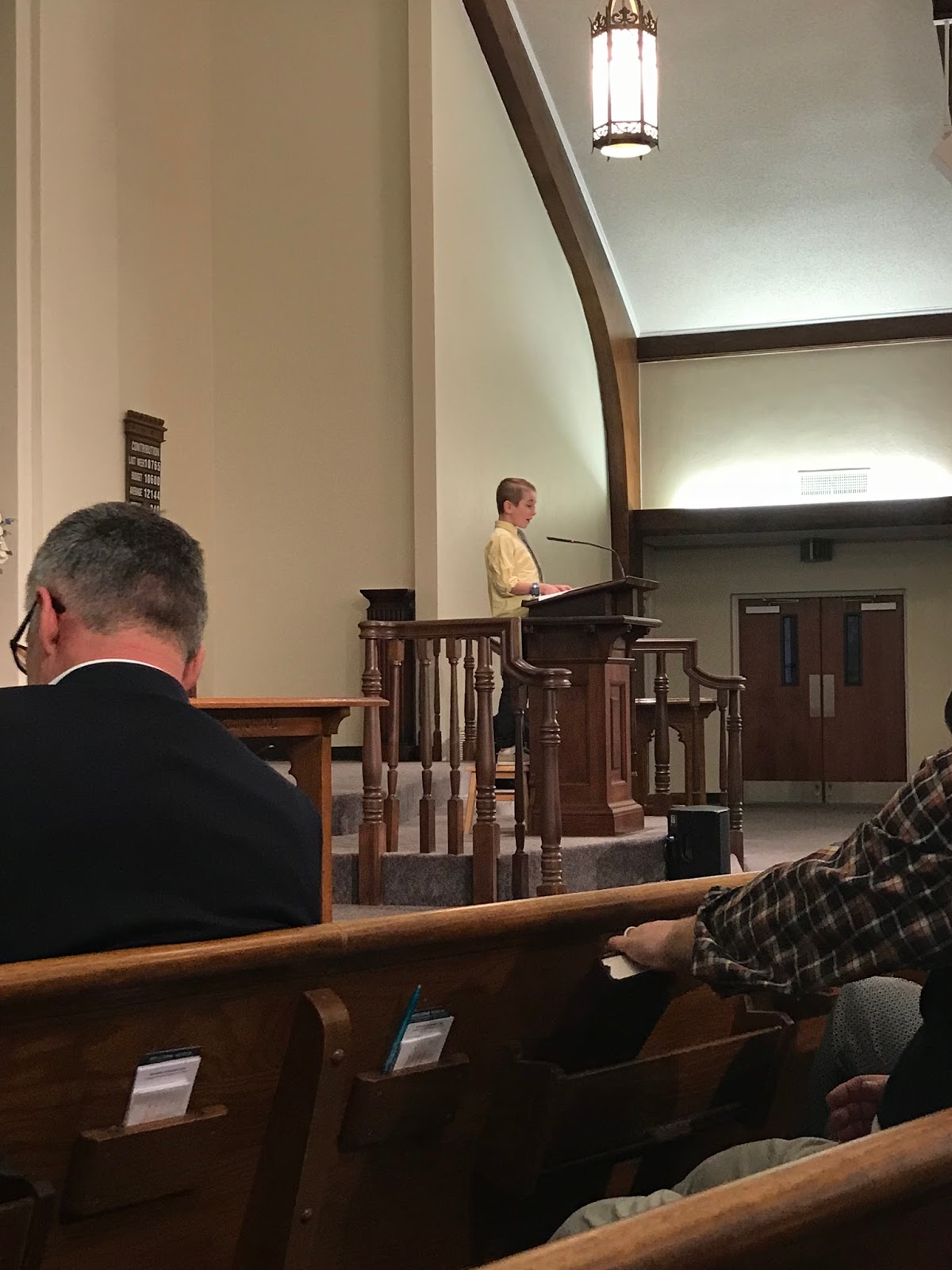 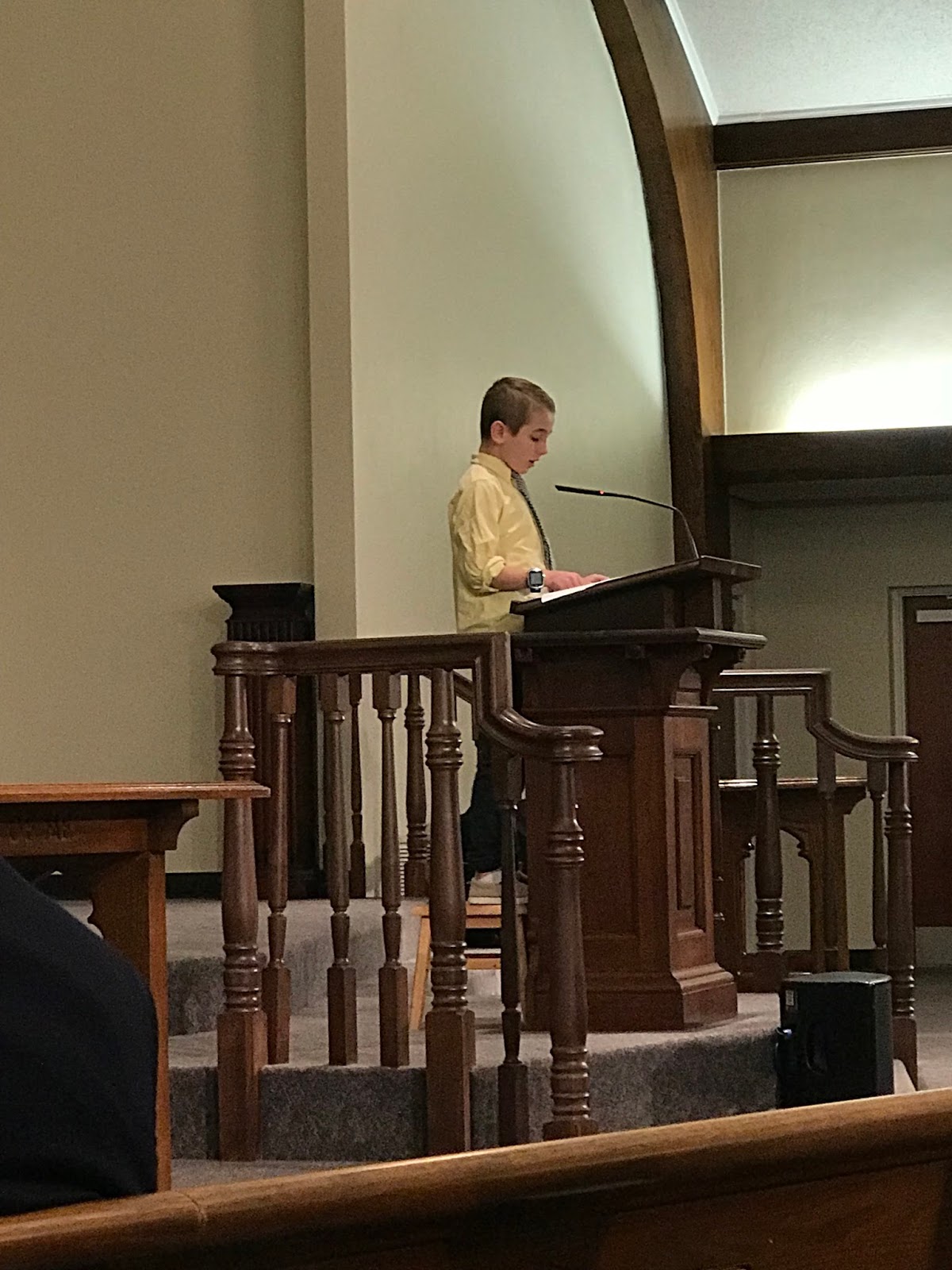 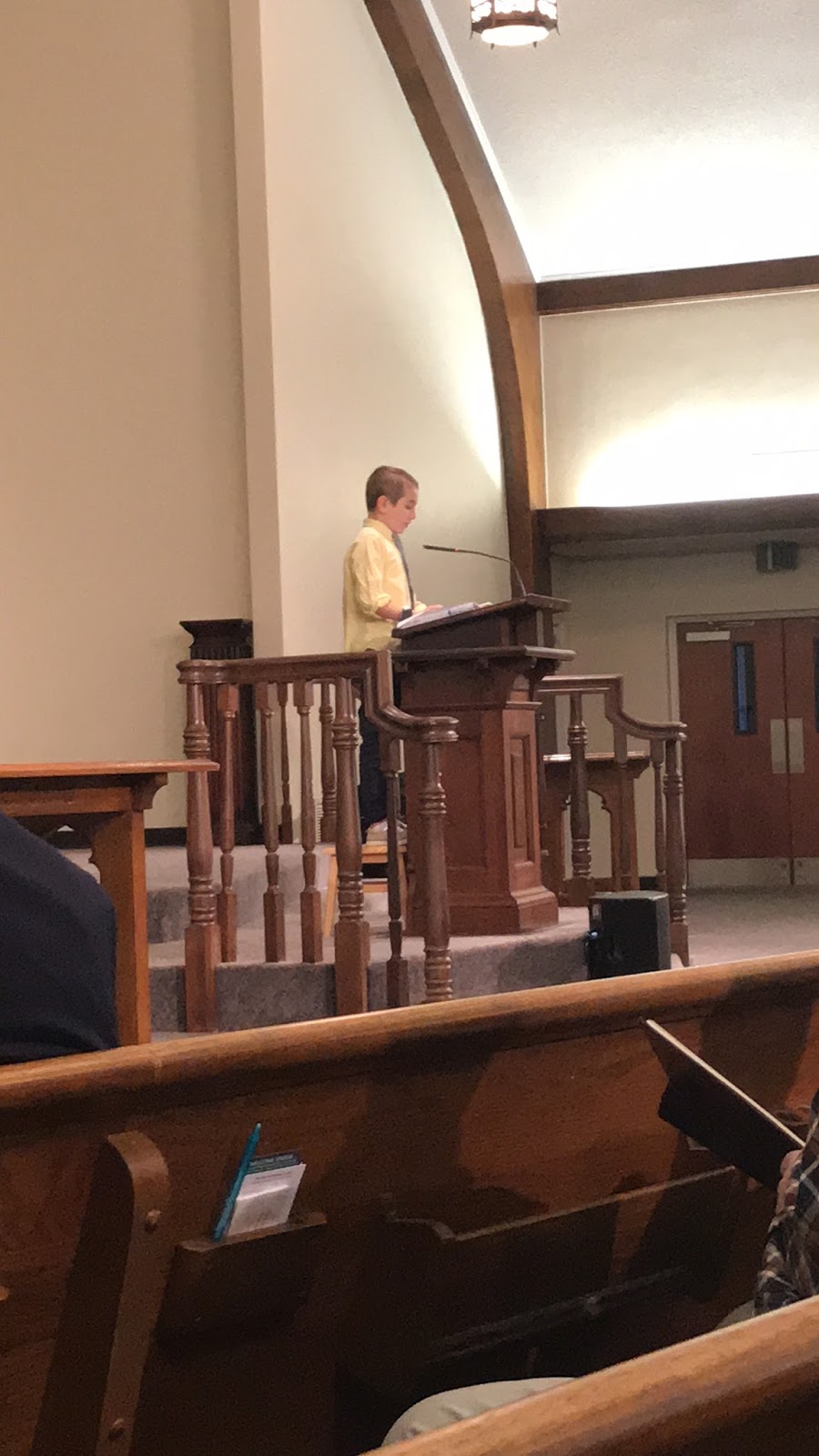 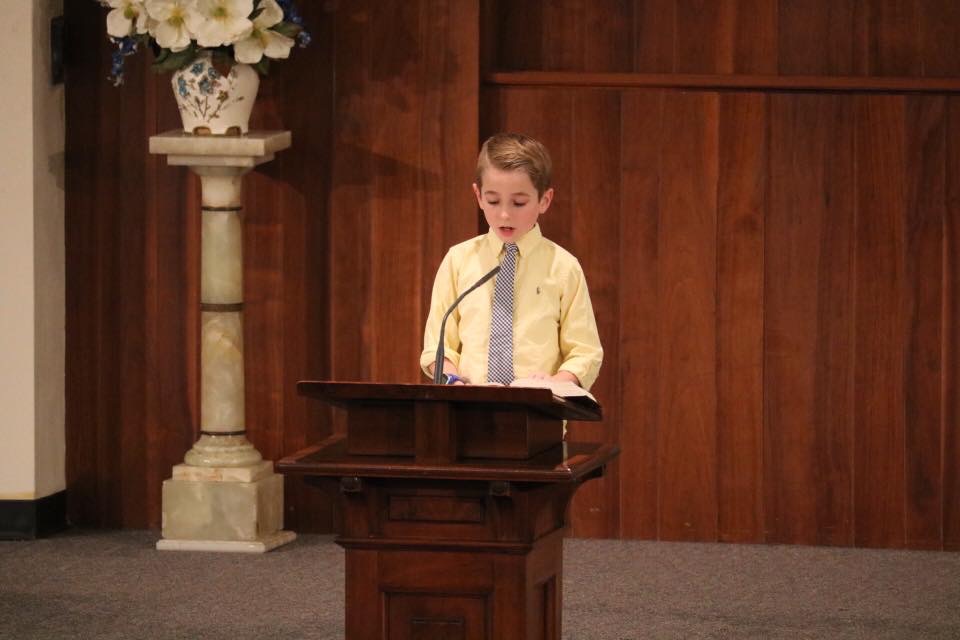 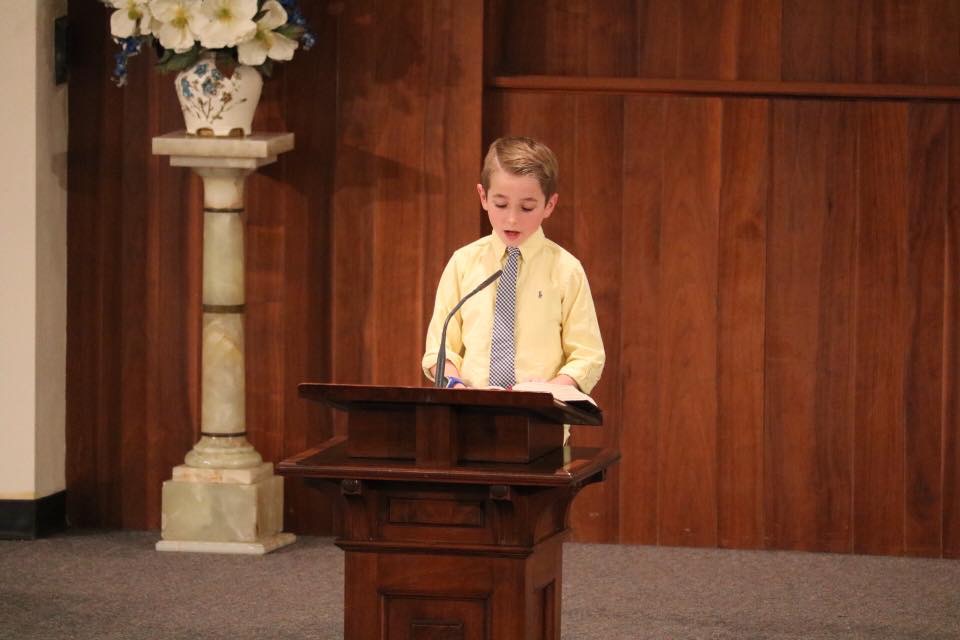 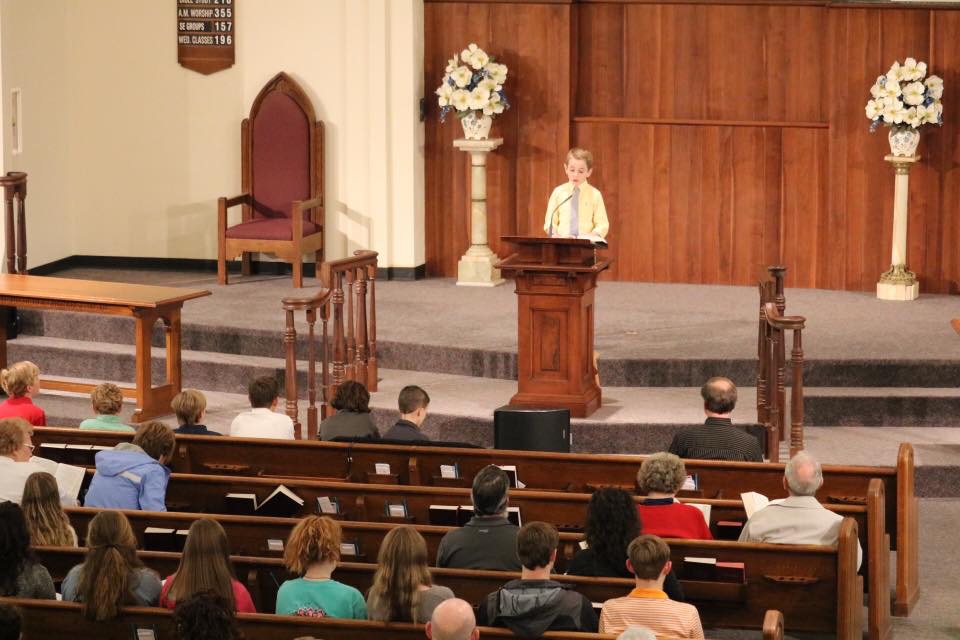 Sweet boy who just loves Jesus and makes us SO PROUD! 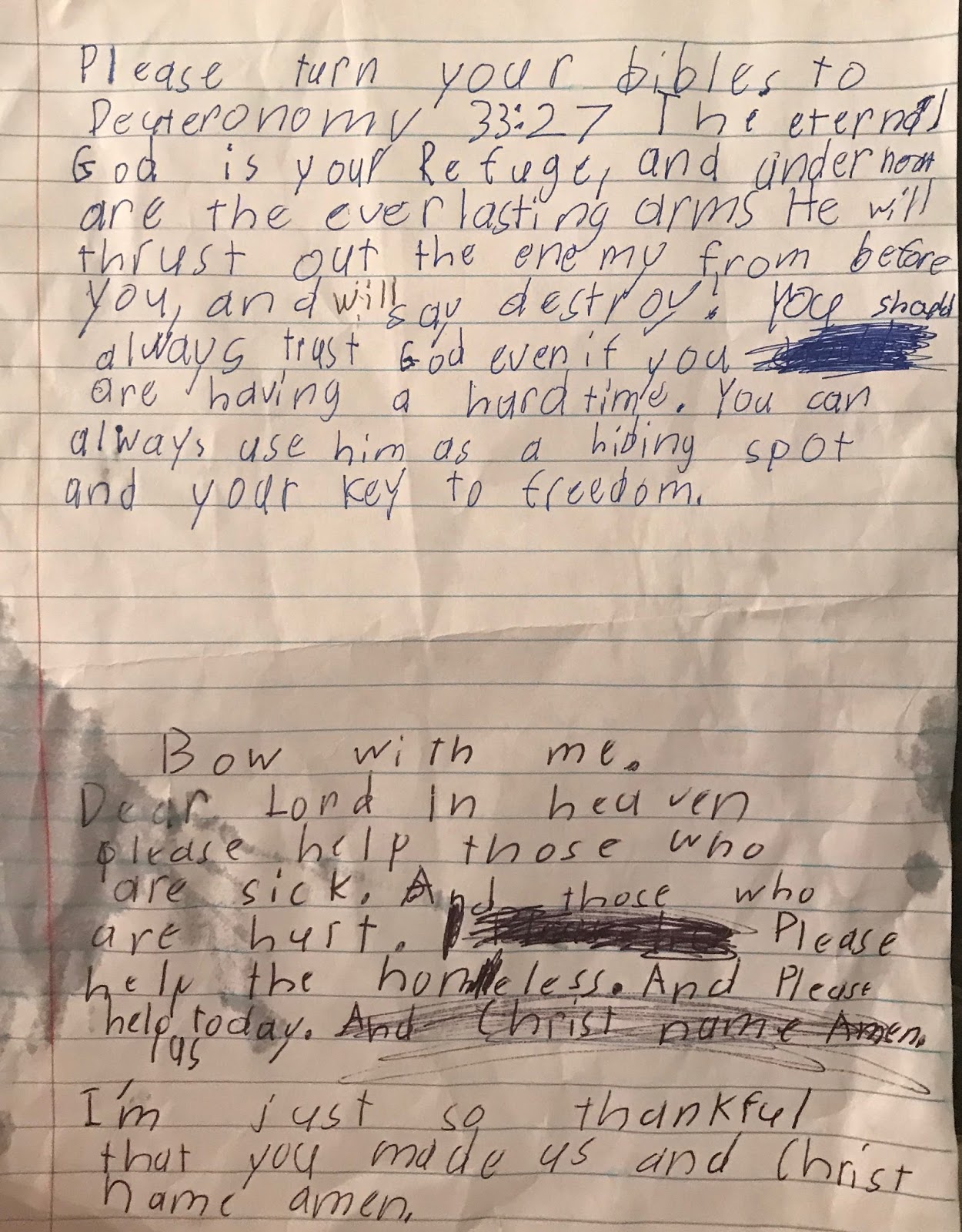