This is Kye’s summary from February – also his last month being 7! 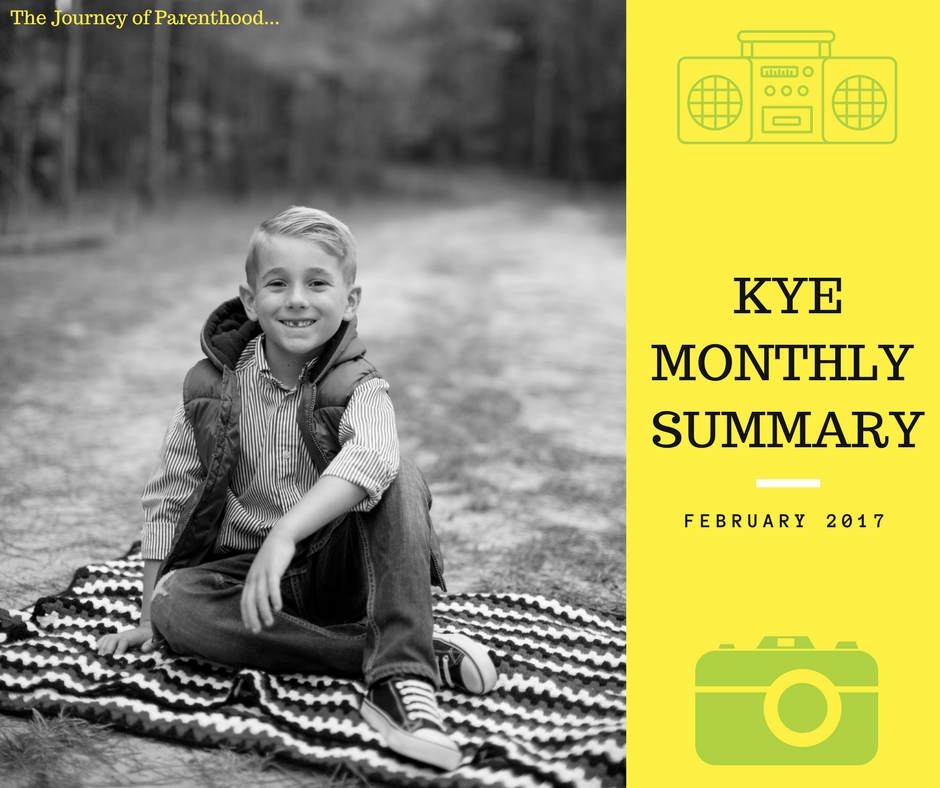 Kye has done SO well with his reading. His school does AR (accelerated reader) testing which is so funny to me because I remember having the same thing when I was in school (of course I wasn’t competitive about it like Kye is!). I’m not sure if this is a nation wide thing or not but basically he earns points for the books he reads as well as how well he does on comprehension tests he takes after he finishes each book. We have a pretty solid system down. He reads quicker easier books each night but also works through a chapter book each night too and checks out a chapter book for the weekends. It’s really helping him rack up the points!

He’s SUCH an outstanding reader. This month he accidentally got a book from the library that was a 6.6 reading level (meaning the level a 6th grader reads at a little over halfway through the 6th grade year). He’s allowed to get 5.5 level or lower, but didn’t realize he’d grabbed a 6.6 one. He still took the AR test on it that Monday and scored a 90!

This month he got a letter from Valdosta State that he’s been recognized as one of the top readers at his school! Such a big honor! He was invited to attend VSU basketball games and be recognized during the game. It ended up falling on the same day as my Disney Solo Trip so Zach took all three kids solo (and even dressed them all in pink for the “pink out”). They had a blast and it really was the perfect daddy-solo time outing! 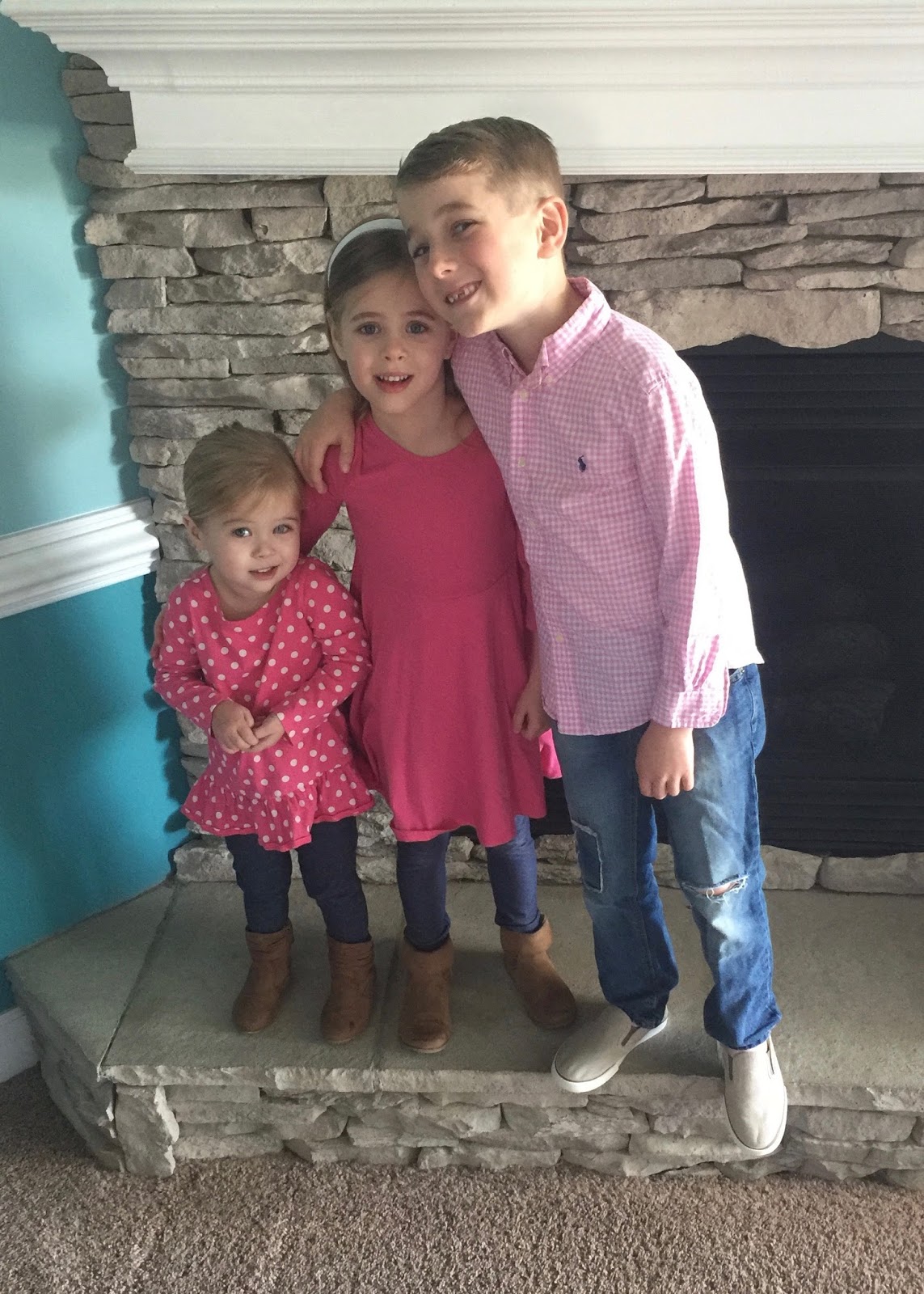 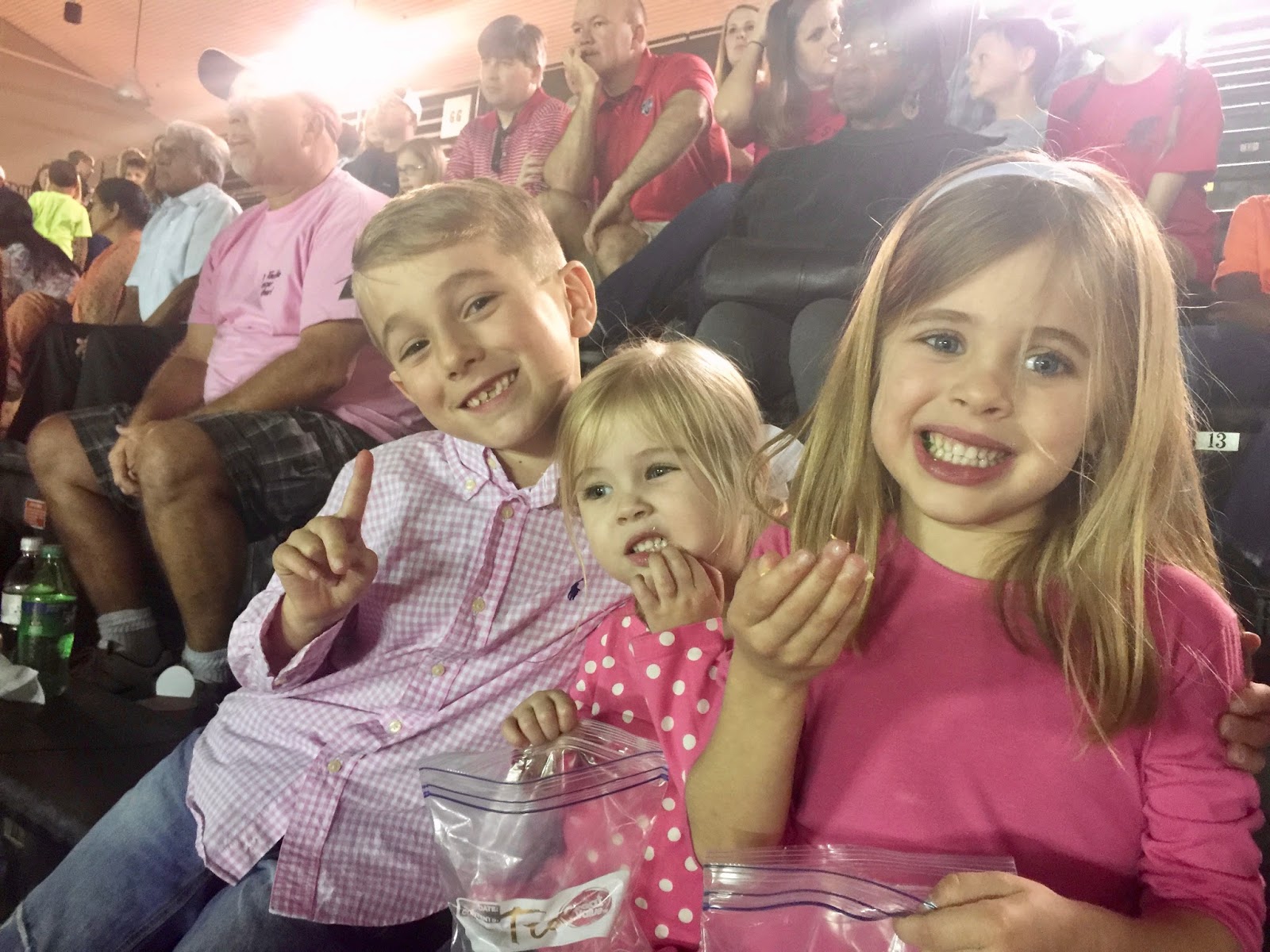 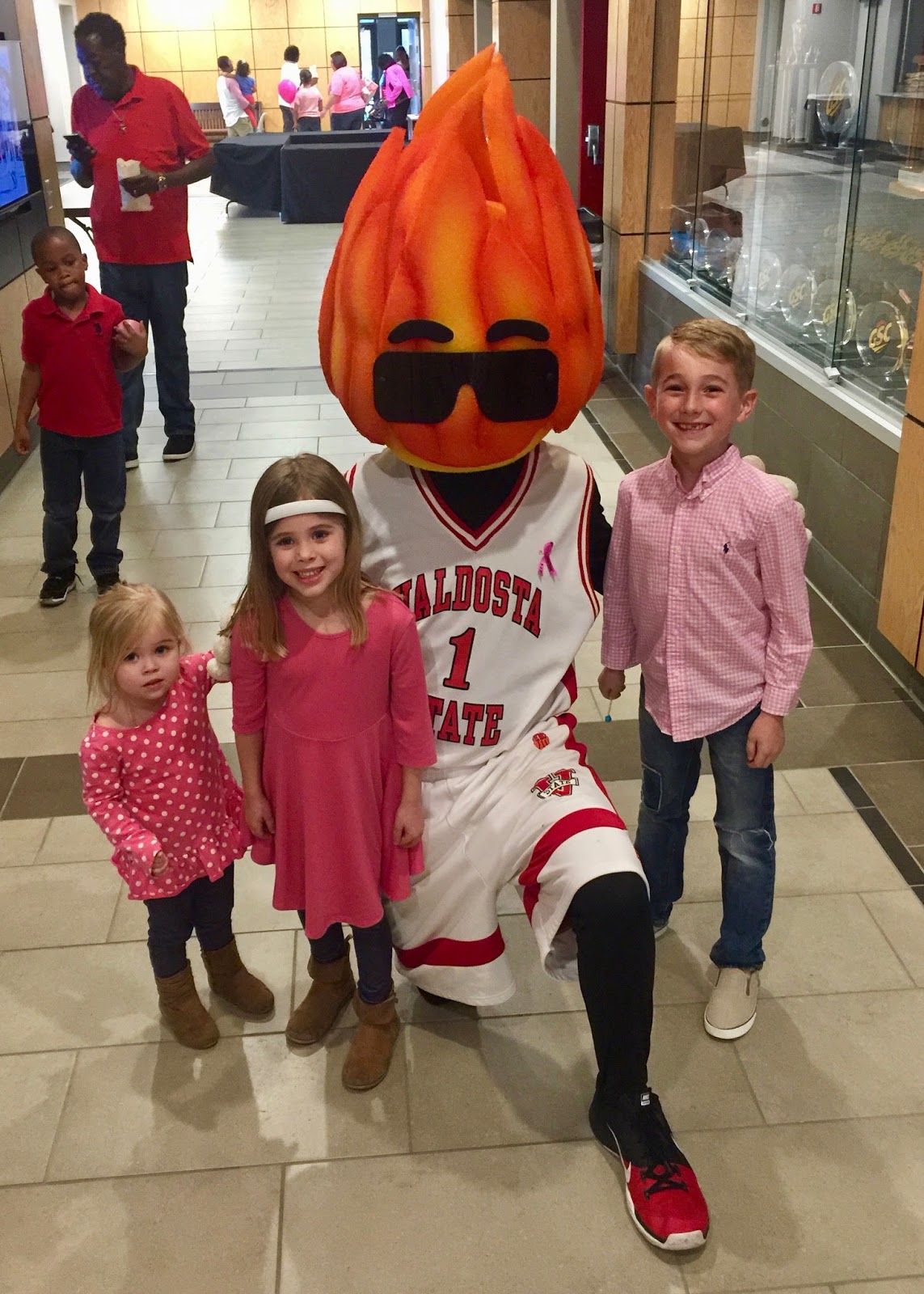 Man yall. Football just reigns supreme in this town and it’s HARD to find other valid options for sports for boys. I feel like there are several solid girl options (dance, gymnastics) but for boys? It’s lacking. Kye did tennis some but got very bored with it as he was one of only a couple kids who would show up and since it wasn’t an organized thing (it’s just at a local park and anyone can pay to join in each week) it was just very repetitive. So much of the sports options feel like babysitting more than learning the actual sport! We did golf at the club where we’re members but that was also usually only Kye showing up and the guy who gave the lessons was sporadic in actually having them. Recently I actually saw an ad on Instagram of all places for another junior golf lesson locally. It’s more expensive ($20 per time) so we talked with Kye and all agreed he’d go every other week and no longer do the other golf or tennis. He likes it SO much better because there are more kids and it’s better instruction time! YAY!!!! (if you are local it’s at Stone Creek and you don’t have to be a member to participate) 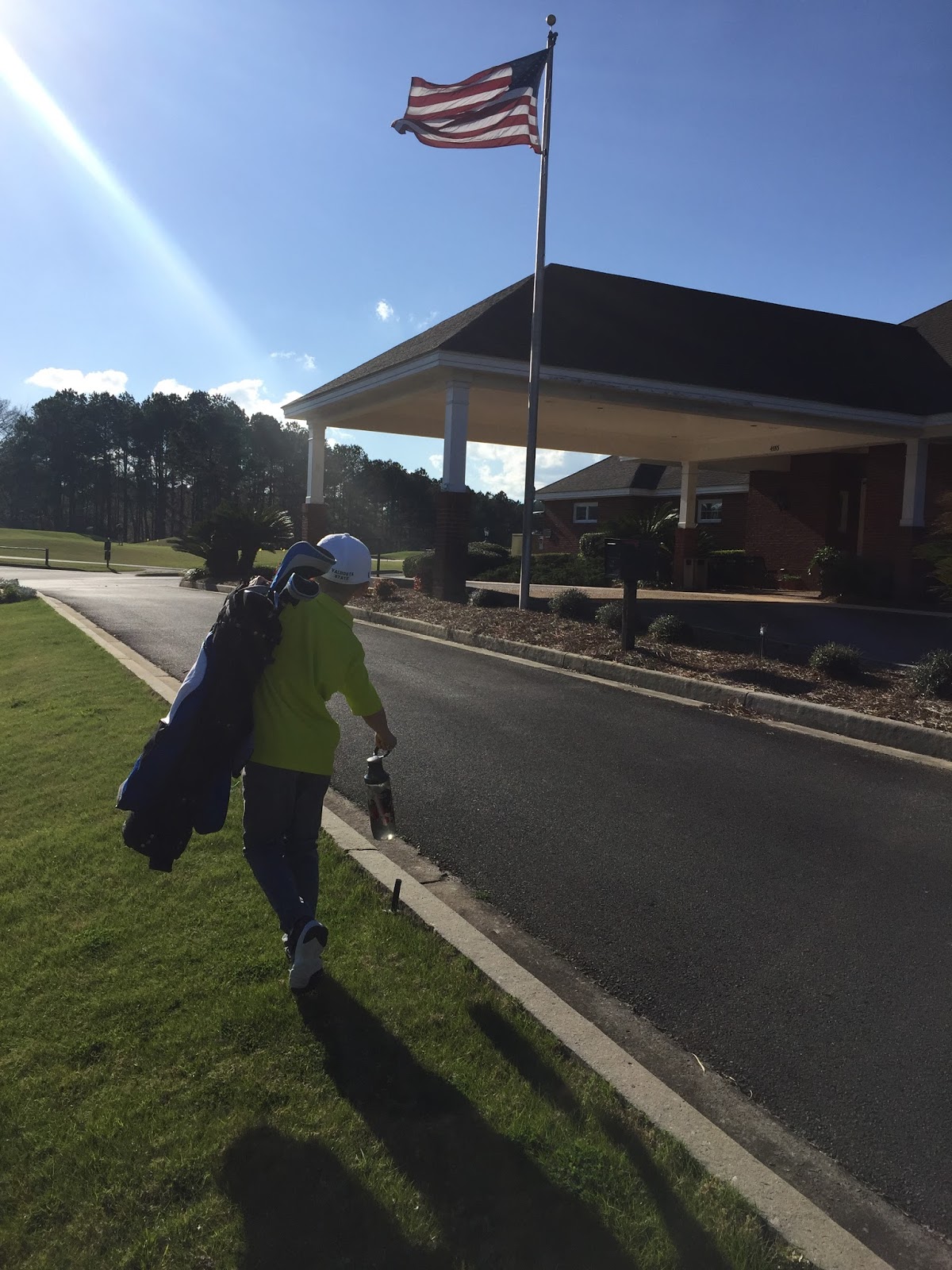 Kye had been playing football on the playground every day at school but there has been some ongoing drama with it and the school made a rule that no more football is allowed (it’s been an across the board issue, not with Kye specifically). He has really tried to come up with fun things to do with his friends at recess! One thing they enjoy doing is racing. Kye wanted to come up with some sort of prize for the winners of the races and I had a TON of stickers I bought from a deal awhile back (like several rolls of them totaling over 1,000 ha!) so I let him take a roll to school and it worked out great! But I did tell him no more because they went through the entire roll in that one day 😉 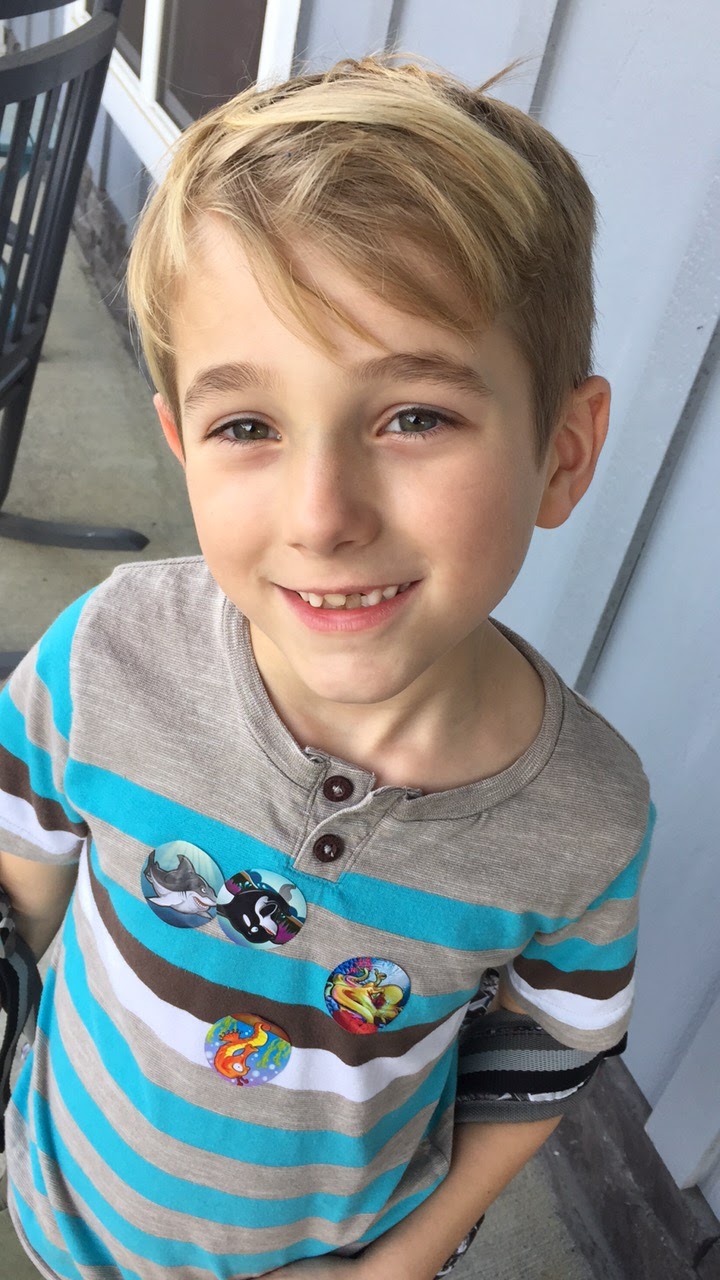 He has always enjoyed playing detective at home and started playing on the playground at school as well. He has a special jacket that he’s dubbed his “detective jacket” and has a notepad and magnifying glass he keeps in the pockets. It’s pretty adorable and I love that he wants to take it to school to wear without any worries of being embarrassed. I love that at this age everything is still cool 🙂 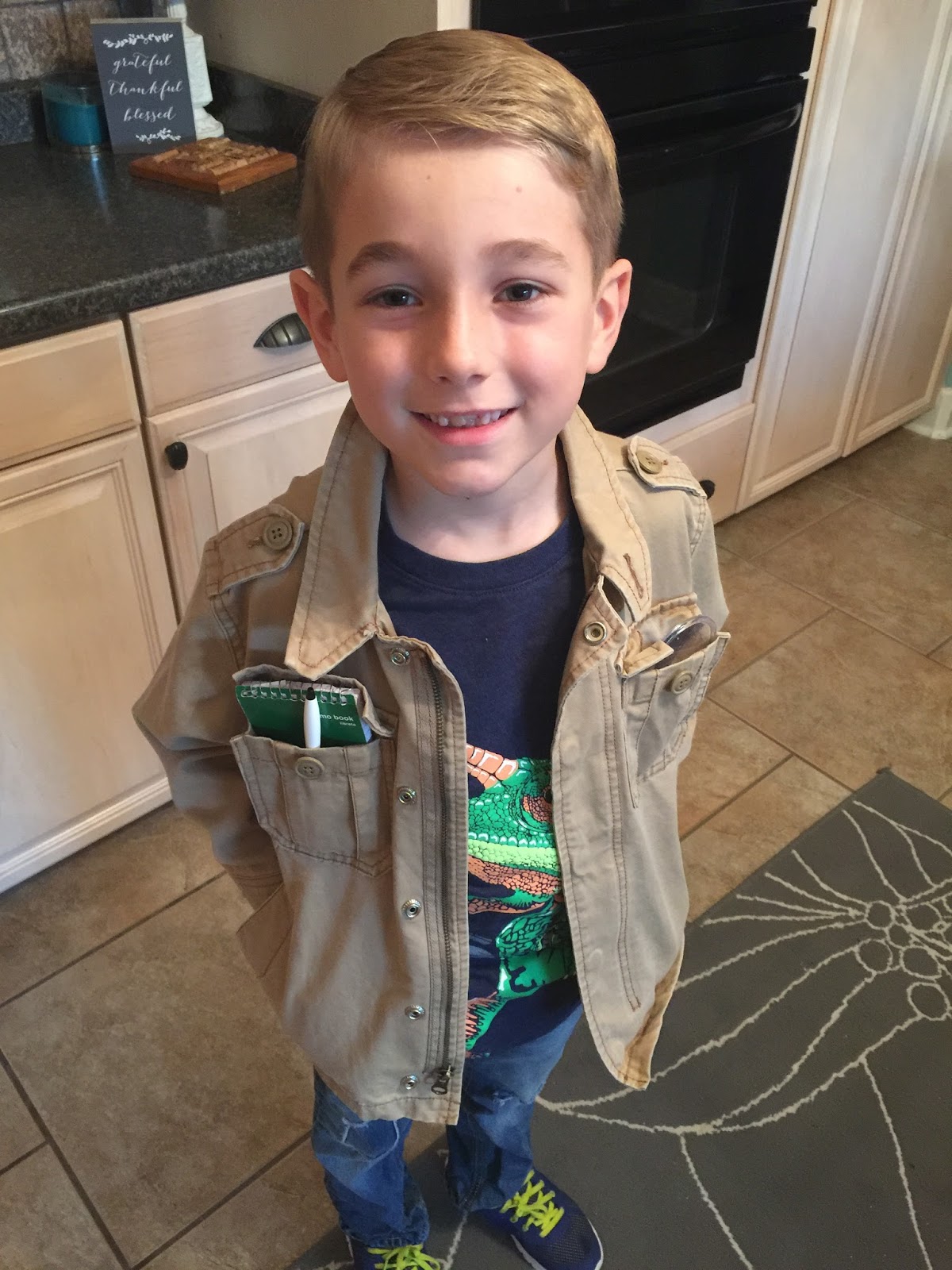 Telling me about his case 😉 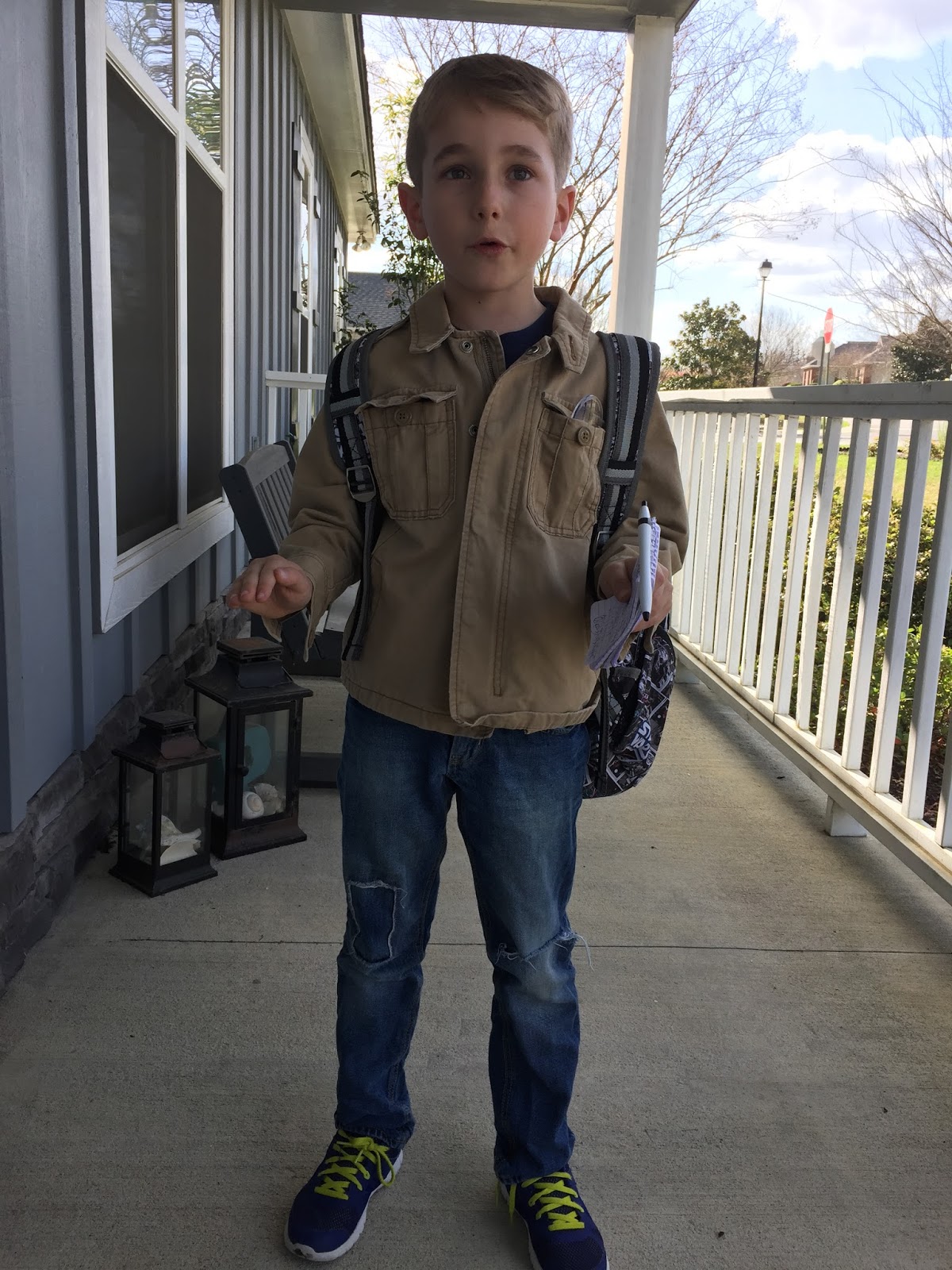 I love what an adventurous eater Kye is! I’ve been making lots of new things and he’s always happy about trying them and typically likes them too! 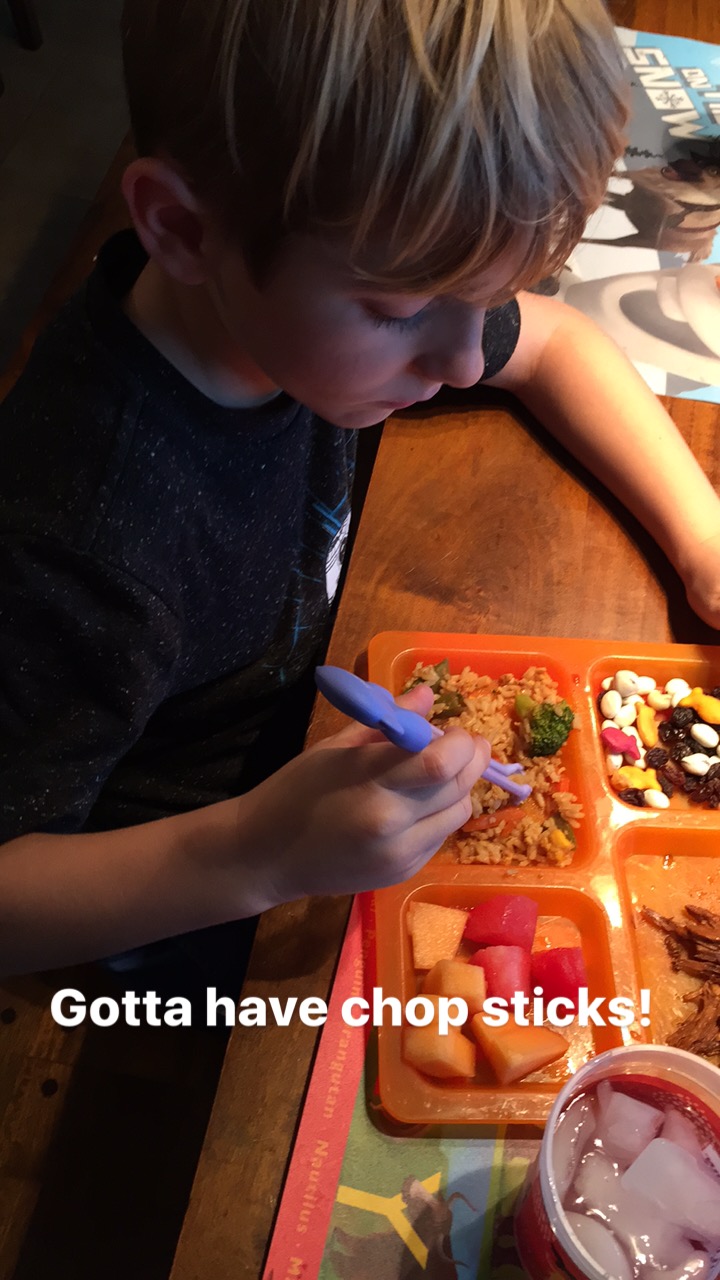 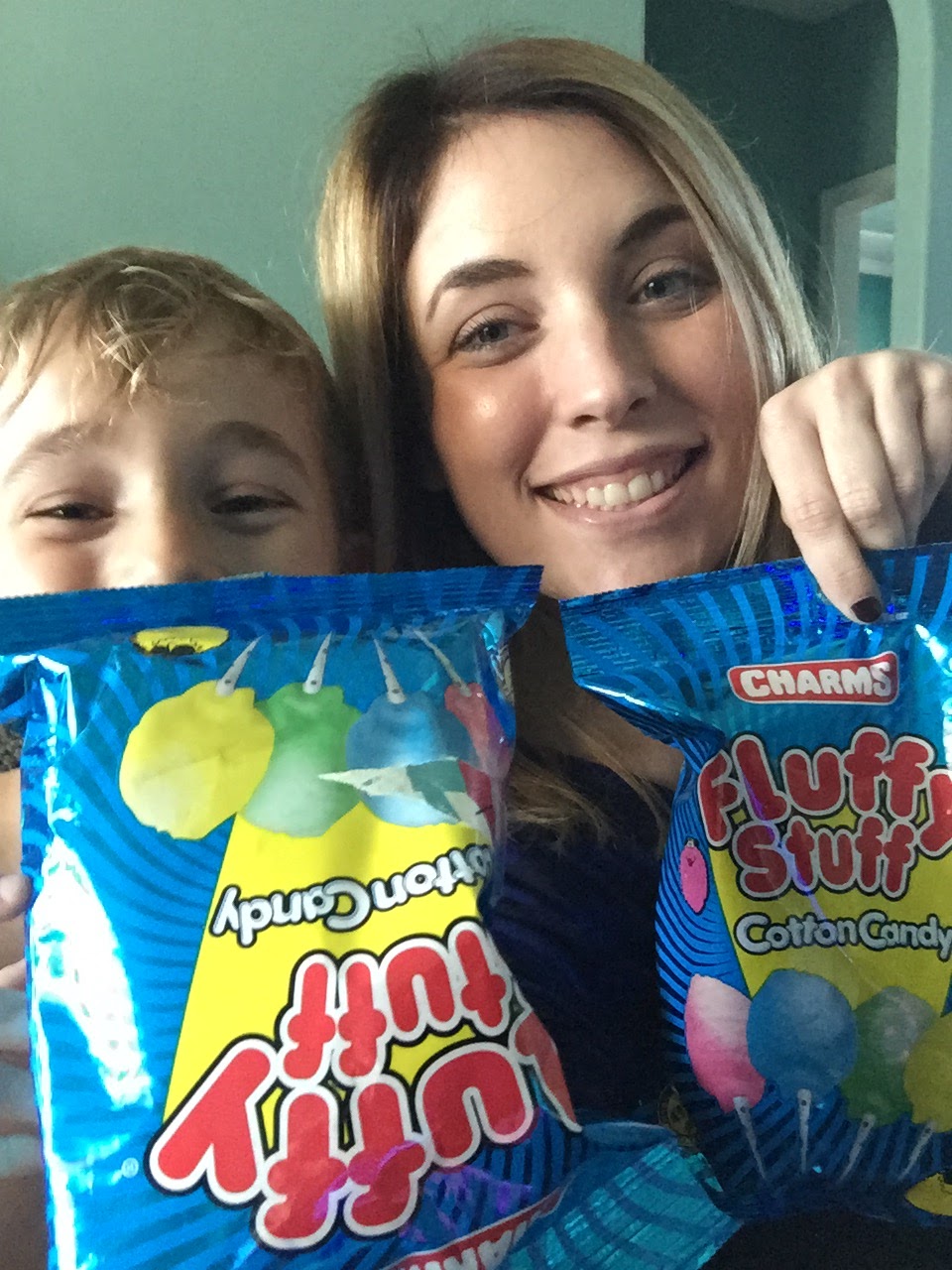 Kye asked to use my phone to take pictures of these creations so he could remember them and recreate them because I told him he had to clean up 😉 If you’re looking for a good gift or want a solid investment toy for your kids then magnitiles are where it’s at! 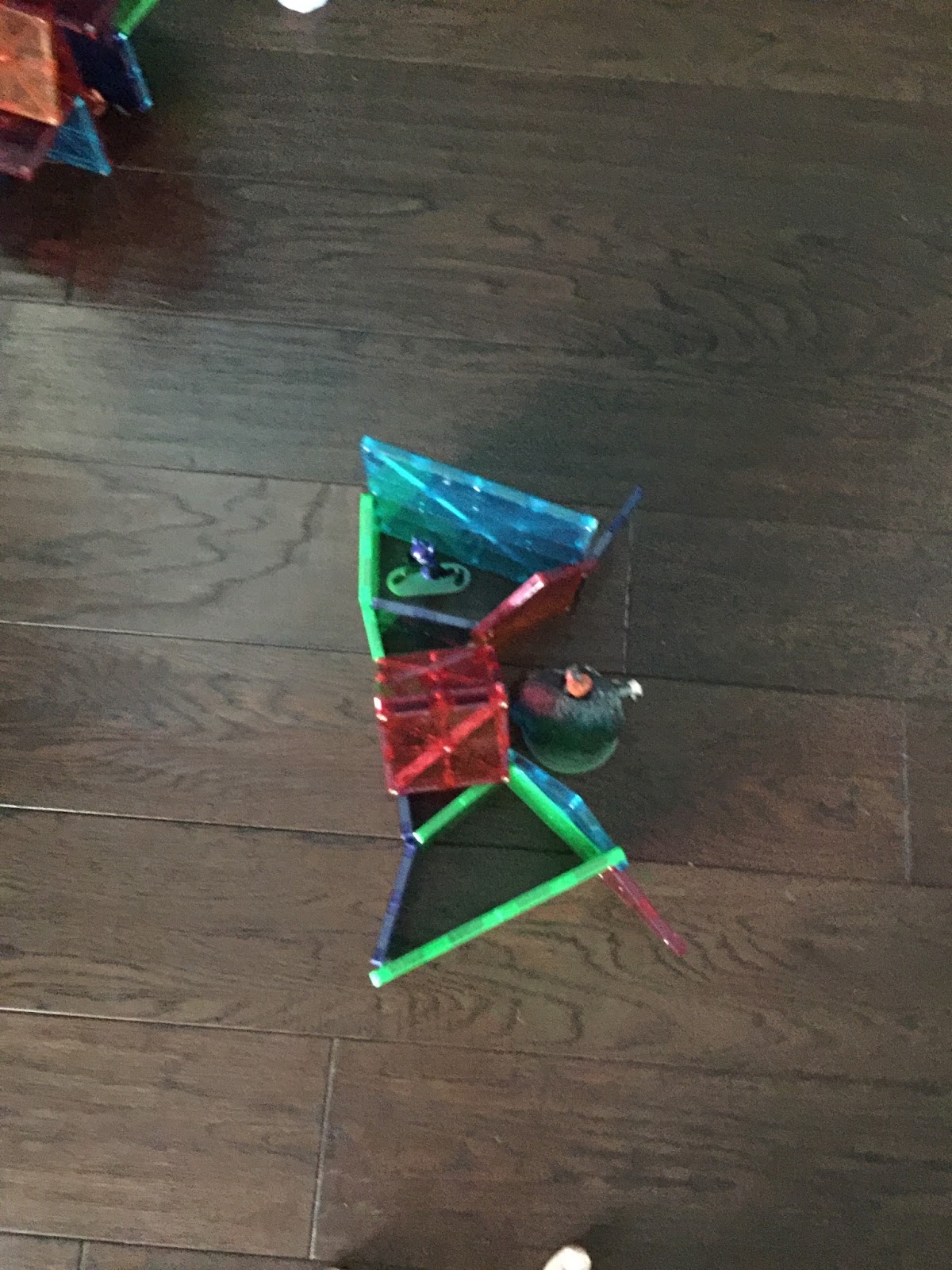 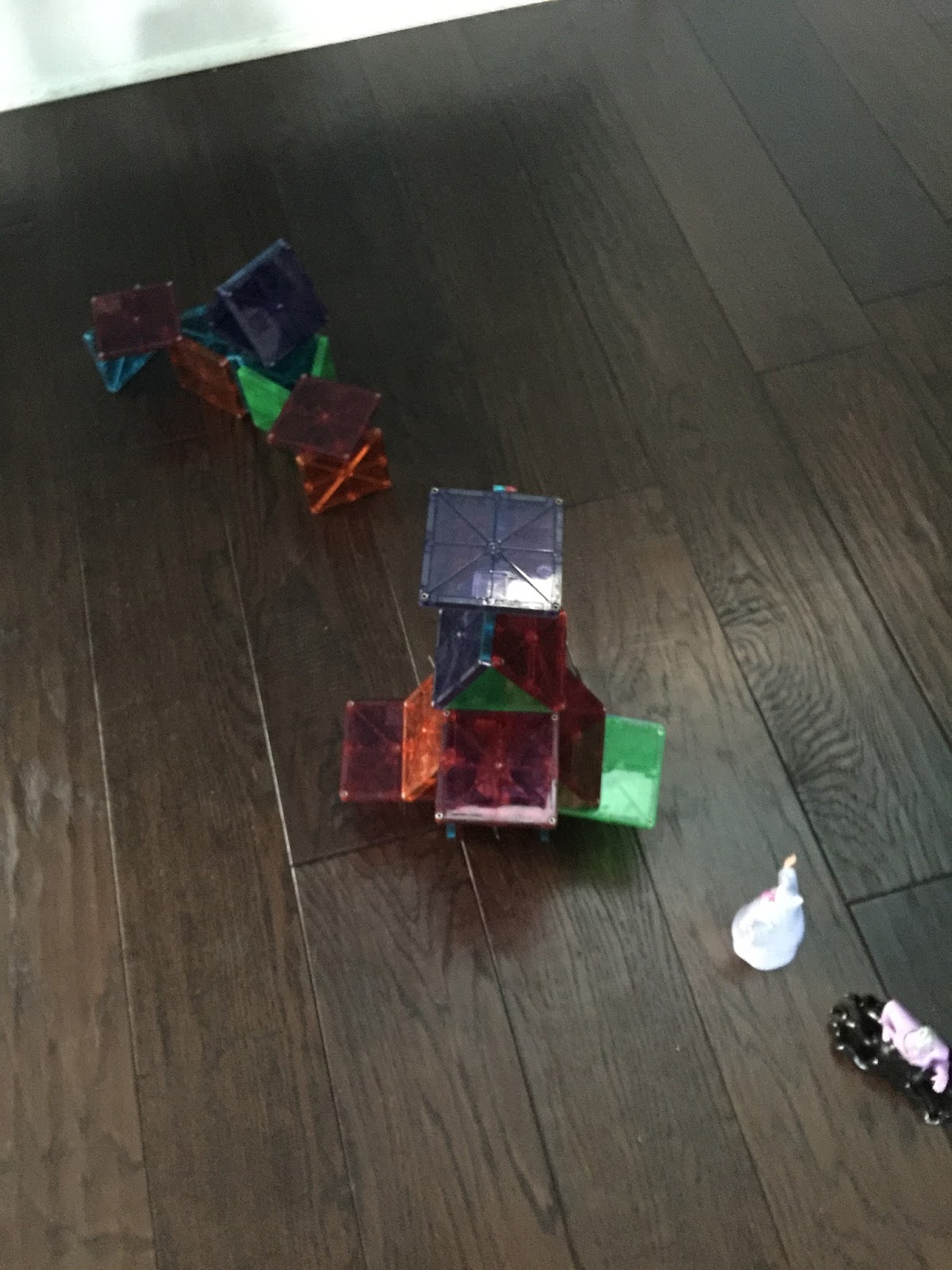 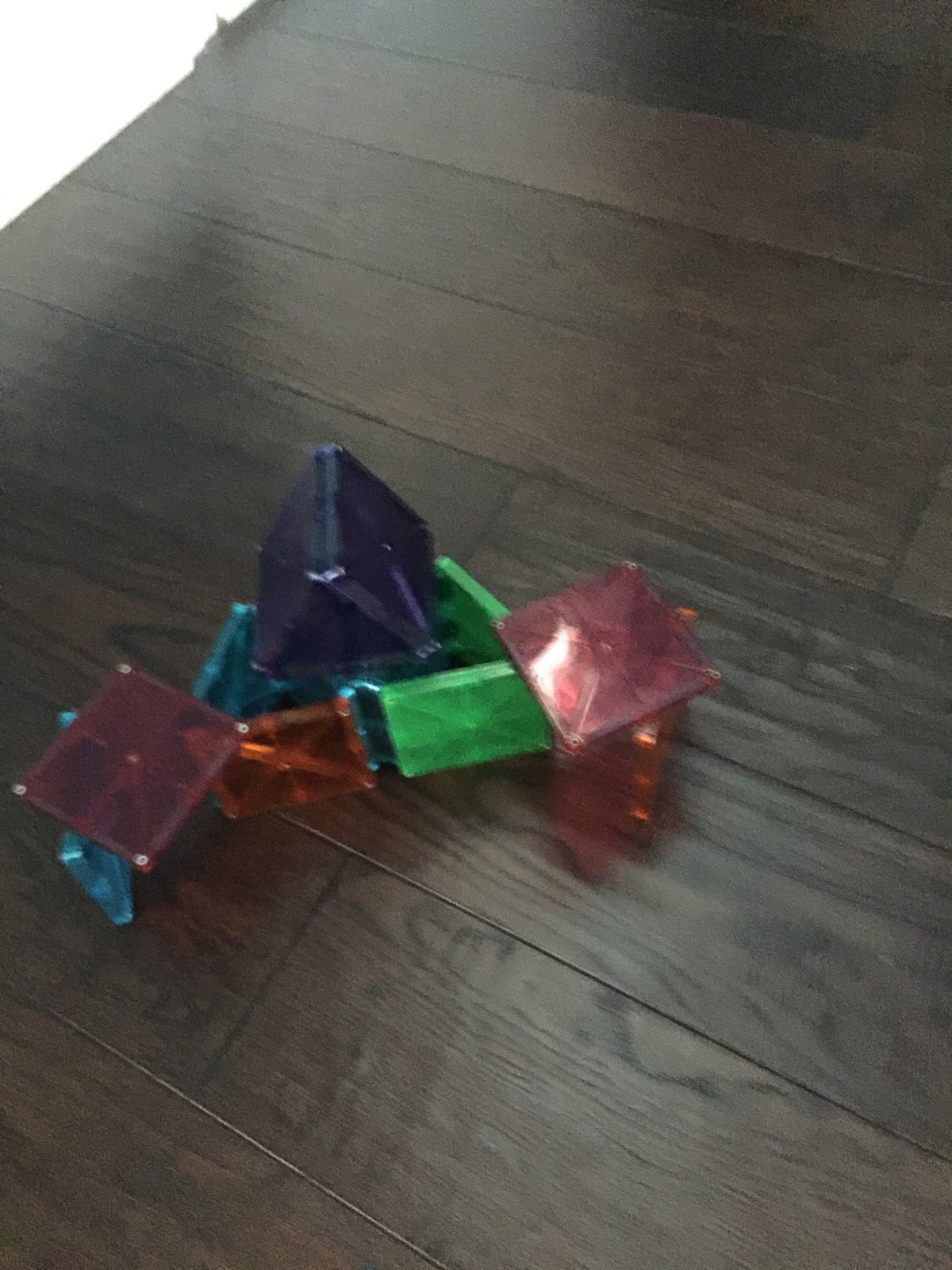 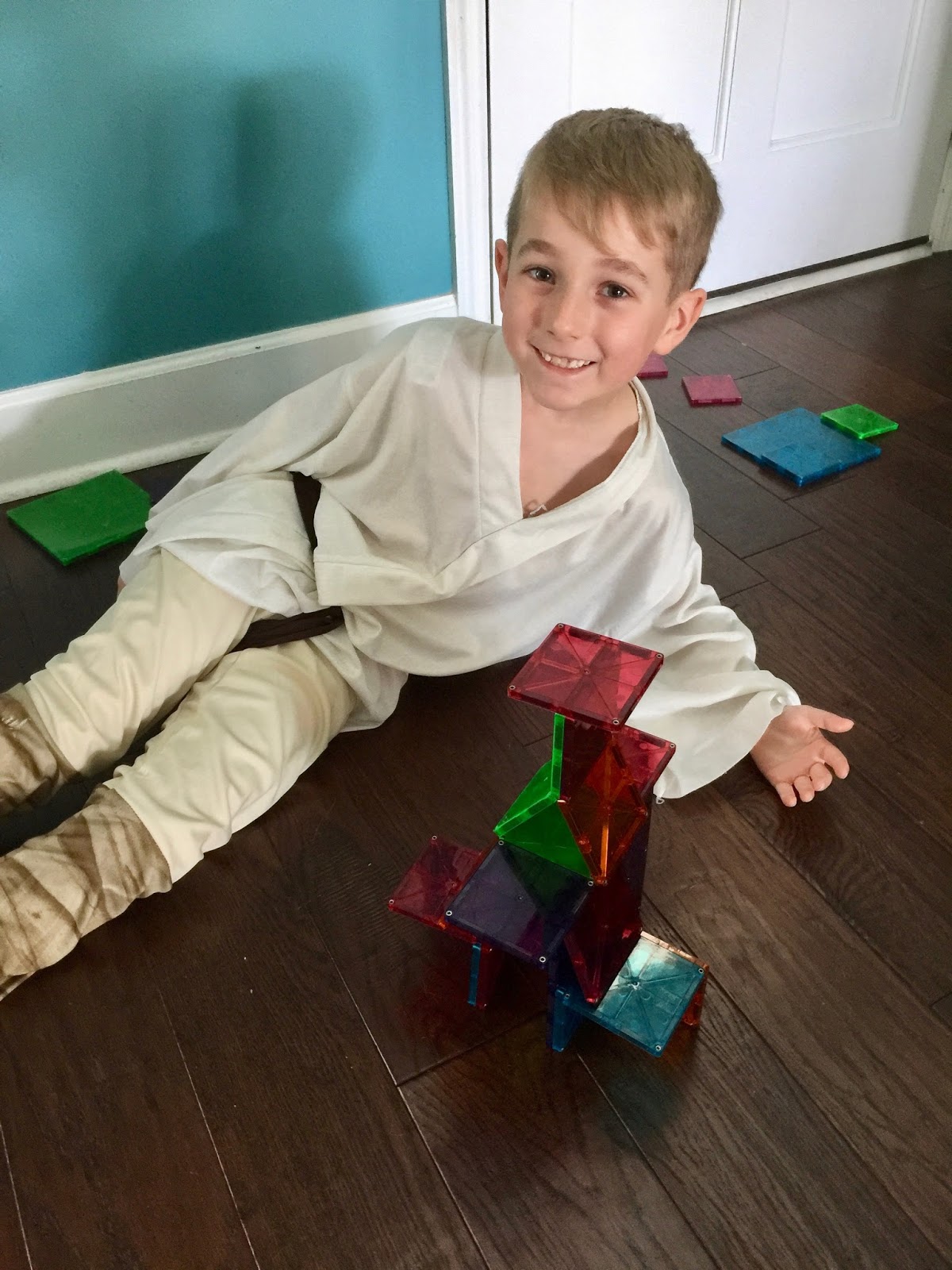