During December we were go, go, go (isn’t everyone during the holidays?) so there isn’t as much to cover in the big kids monthly posts! Here is Kye’s:

Christmas: I think Kye’s favorite thing about the Christmas season is Hermey, our Elf on the Shelf. He talked about Hermey all the time and every single morning looking for Hermey was the first thing on his mind! It was so fun to see his excitement 🙂 He literally had tears on Christmas day over Hermey leaving. 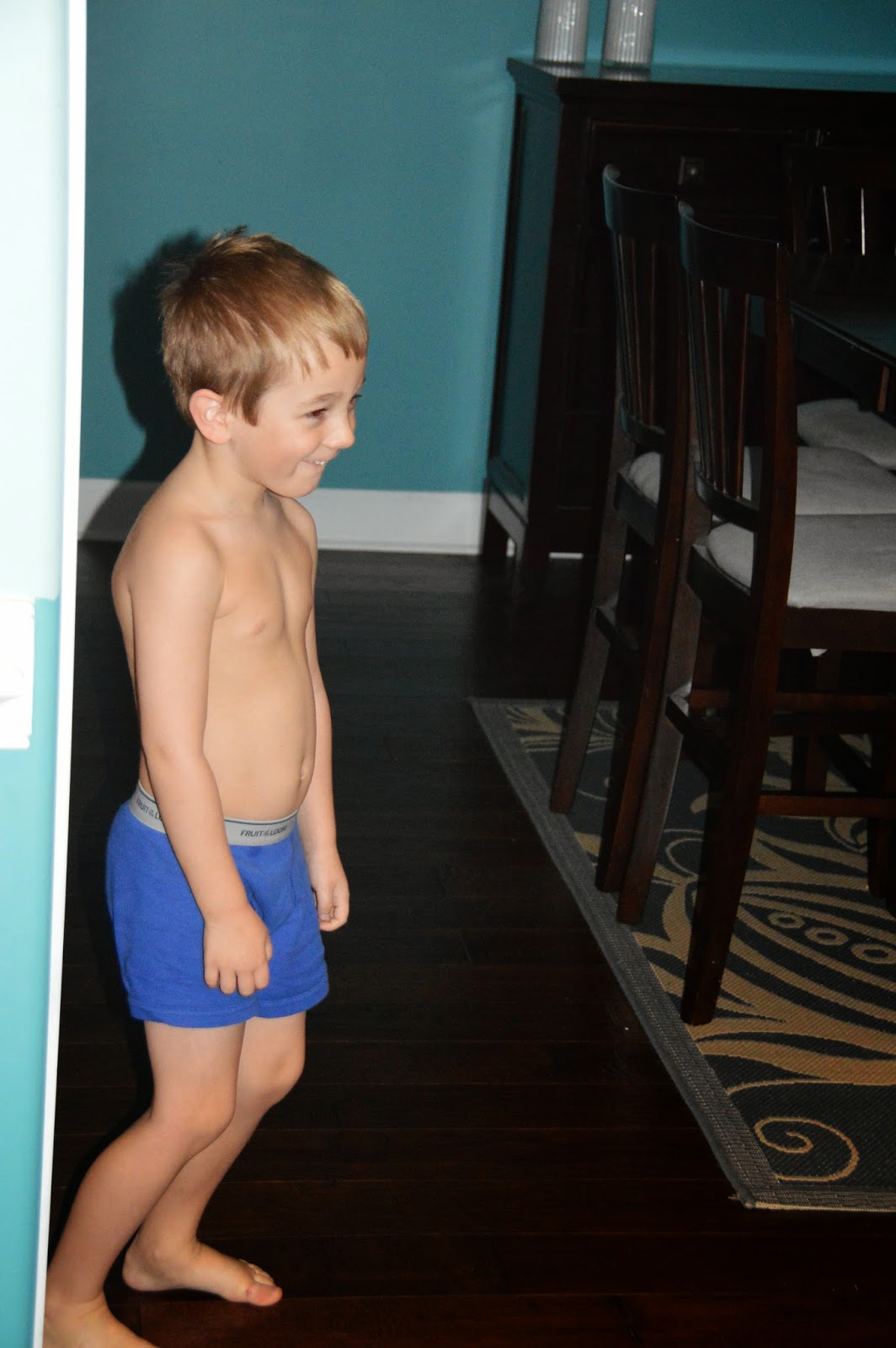 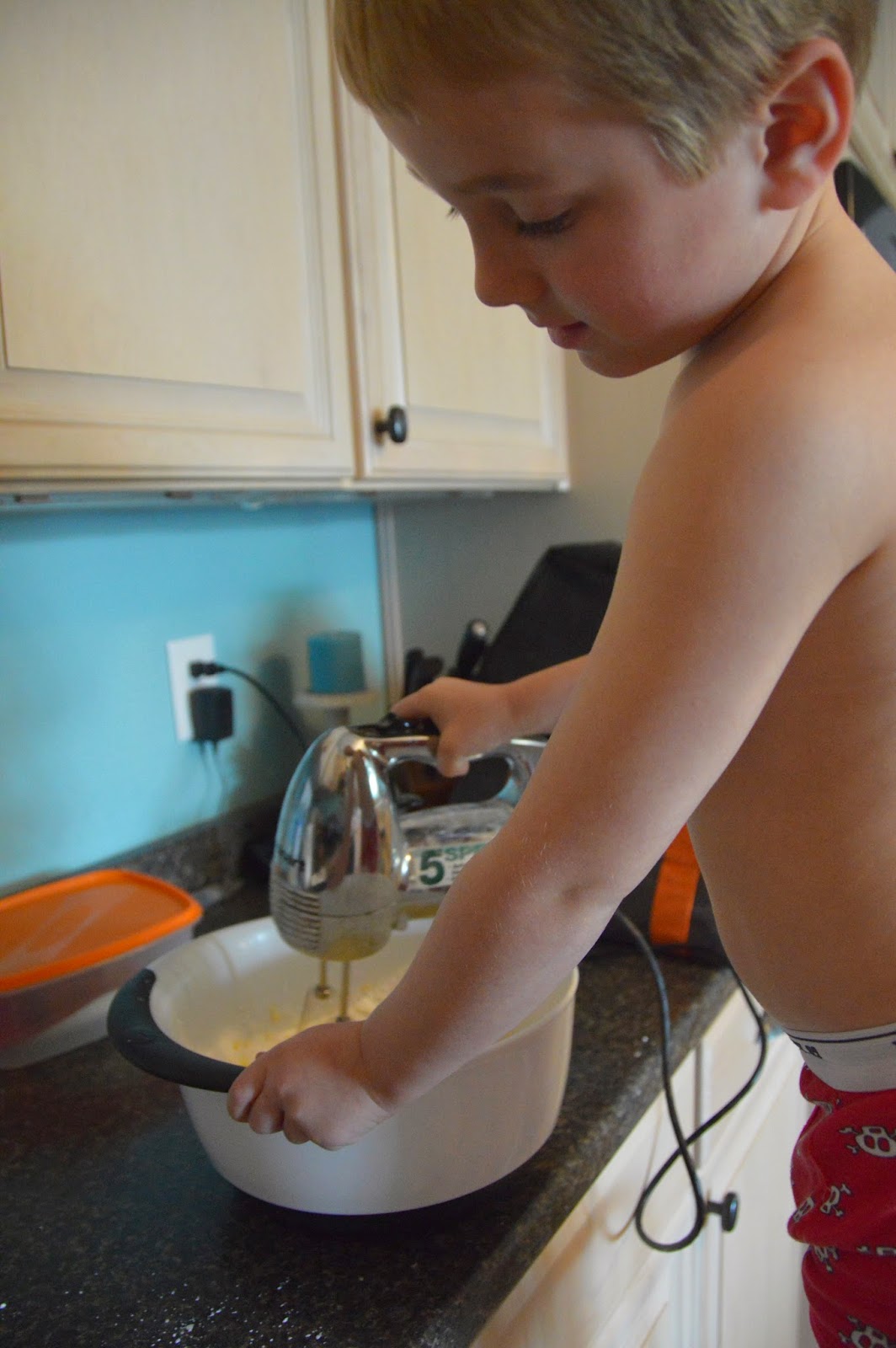 Kye took a lot of pride in our tree and in our gifts. He liked making sure all the gifts were arranged nicely and always put any ornaments that fell off the tree back on. 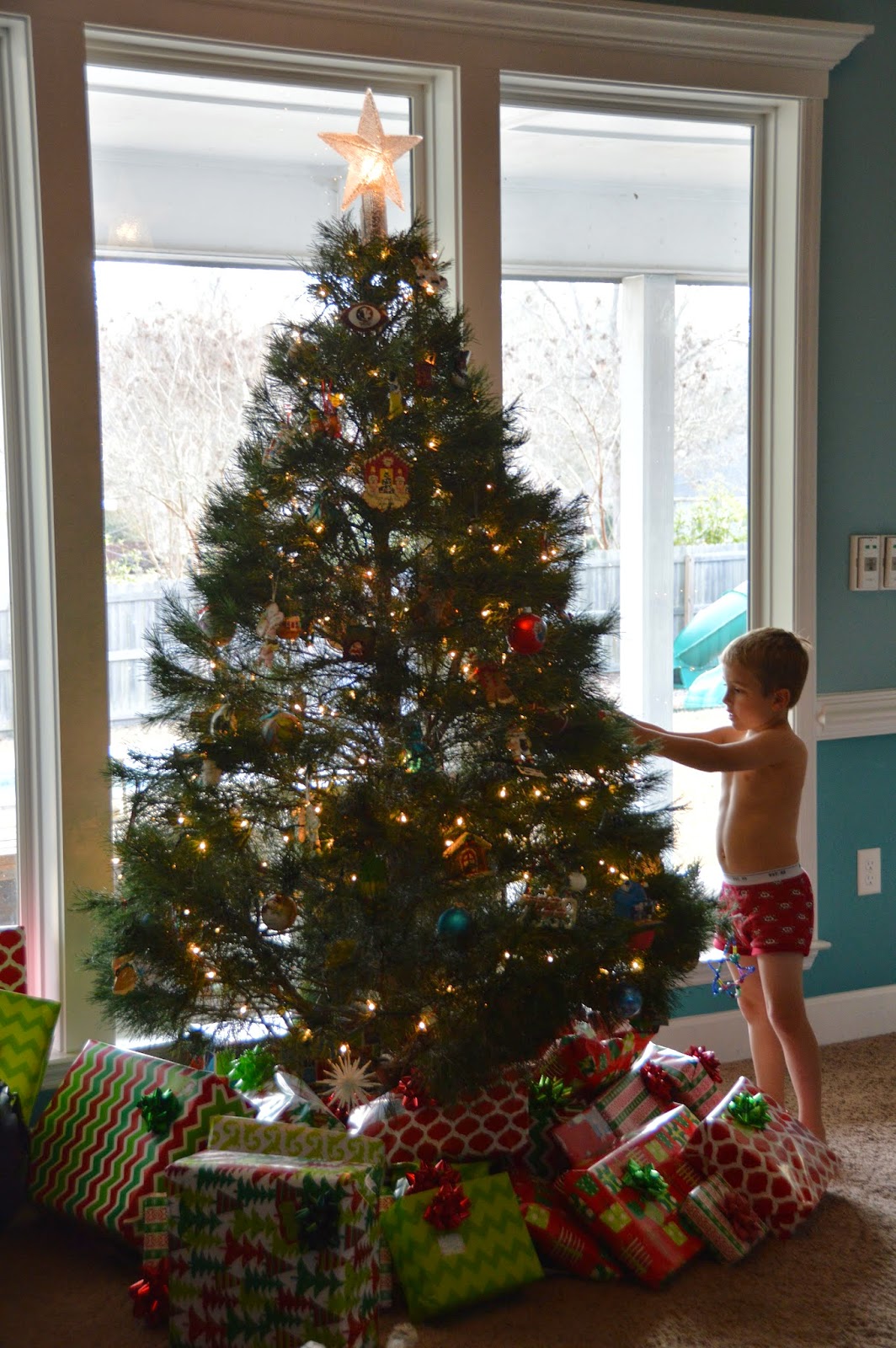 PJ Day at school was tricky b/c Kye sleeps in underwear haha! Luckily some of his mega old pjs still kinda fit 😉 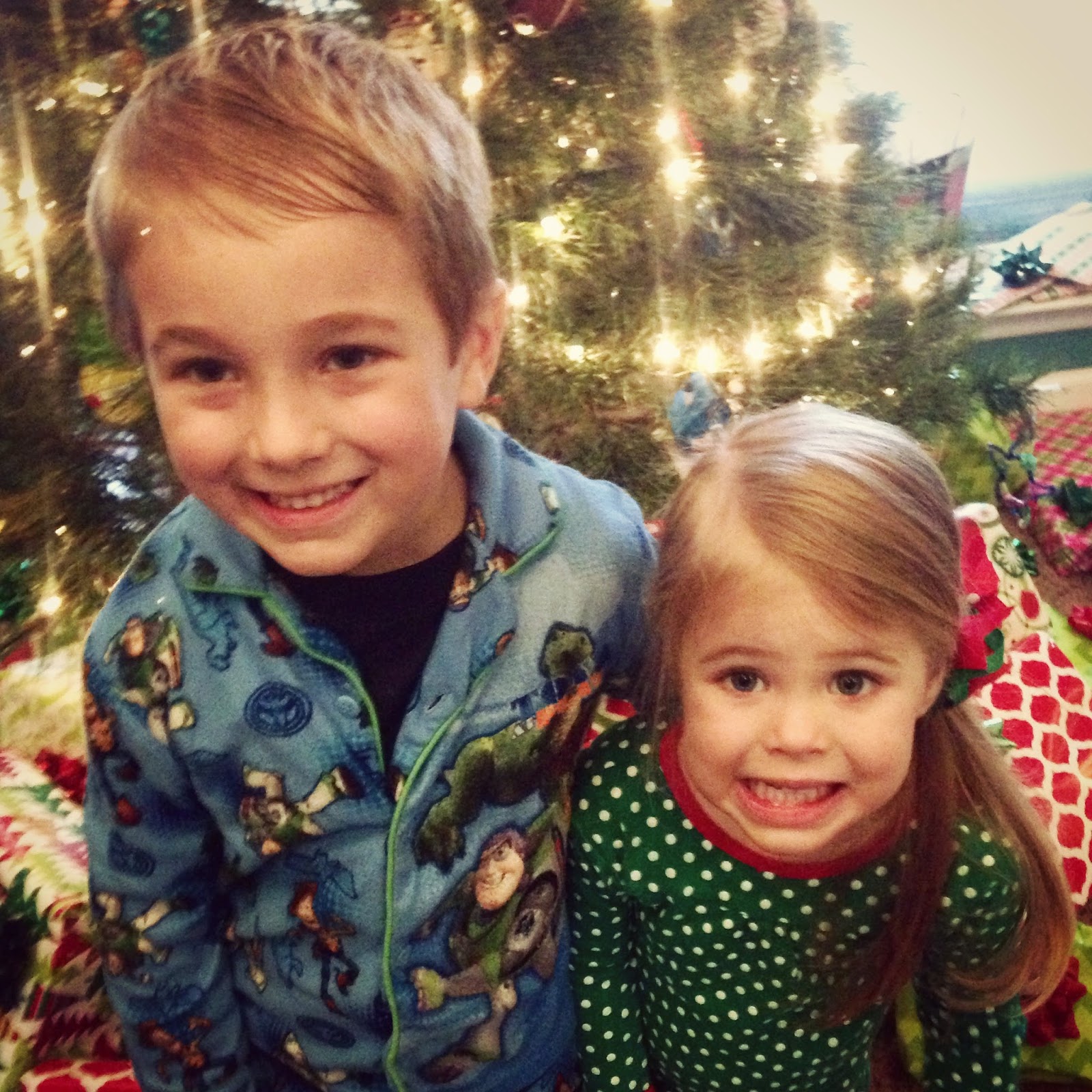 Train: If you have a son then, hands down, buy a wooden train set. It’s such a great investment and SO fun! Kye got several new sets for Christmas so we built a mega train city (it also wrapped all the way around the dining room table). It took me a solid 45 min to build it. But it was epic! 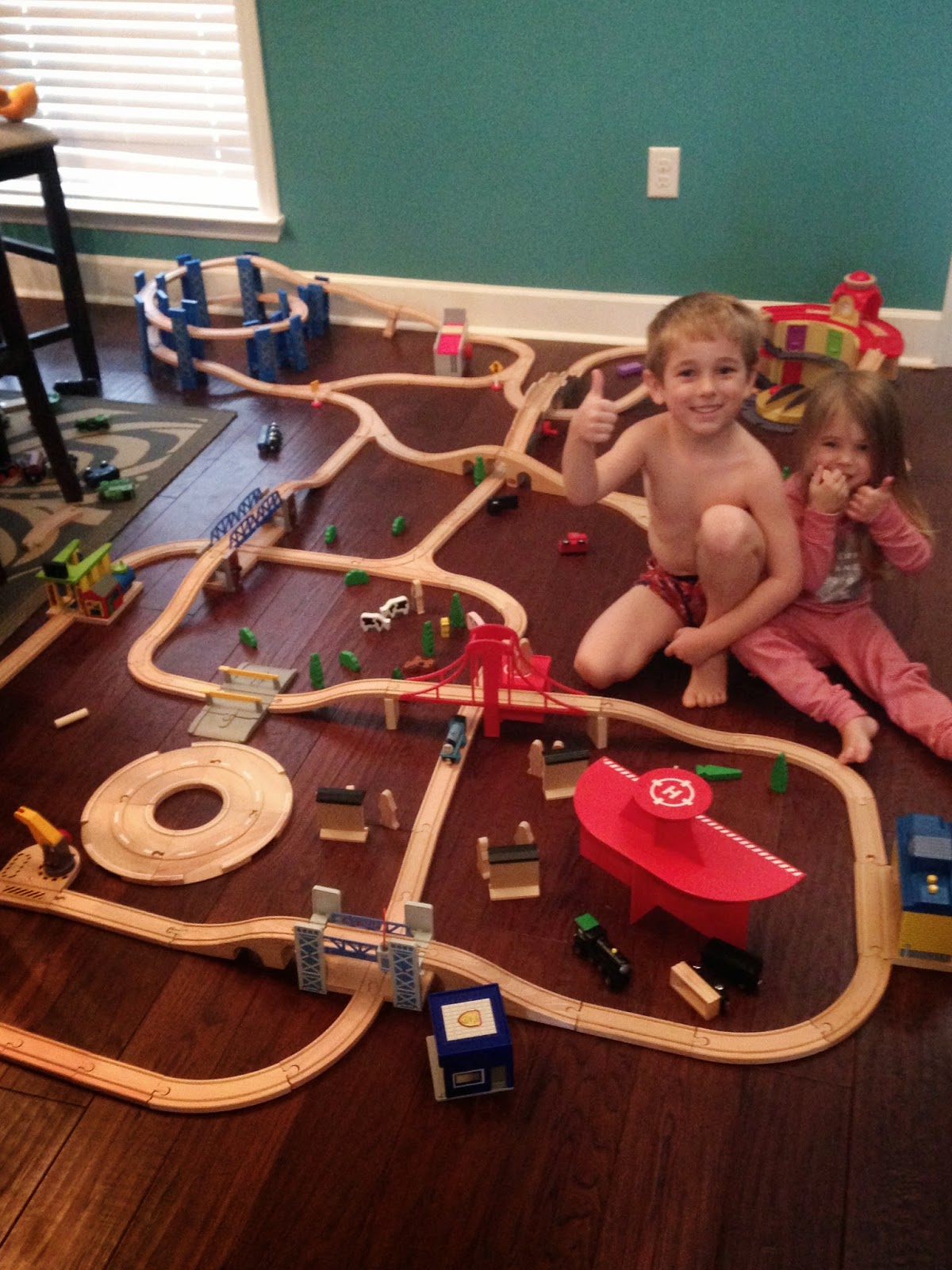 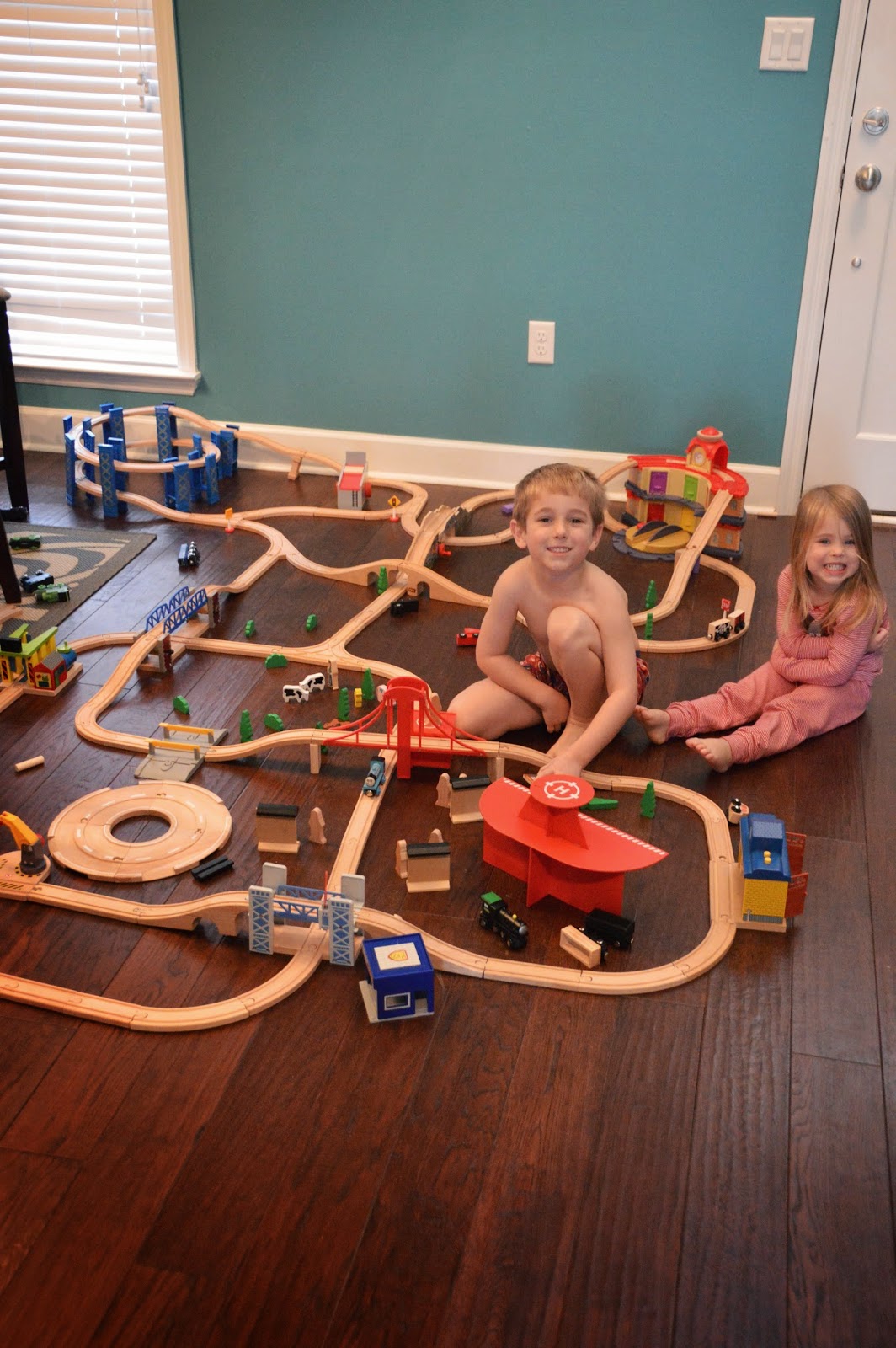 I cracked up at this pic b/c this is a COMMON occurrence when Britt messes up the track! 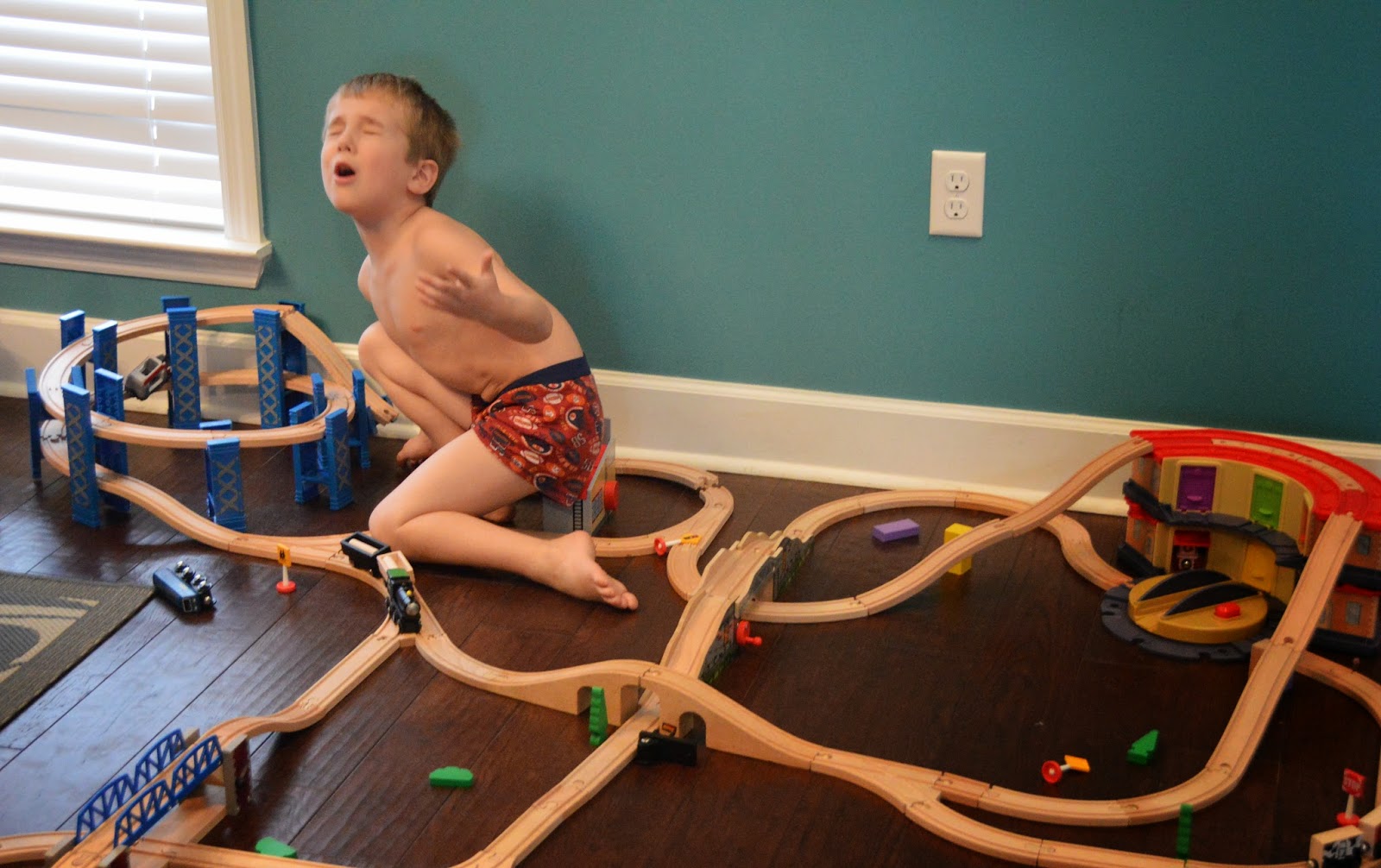 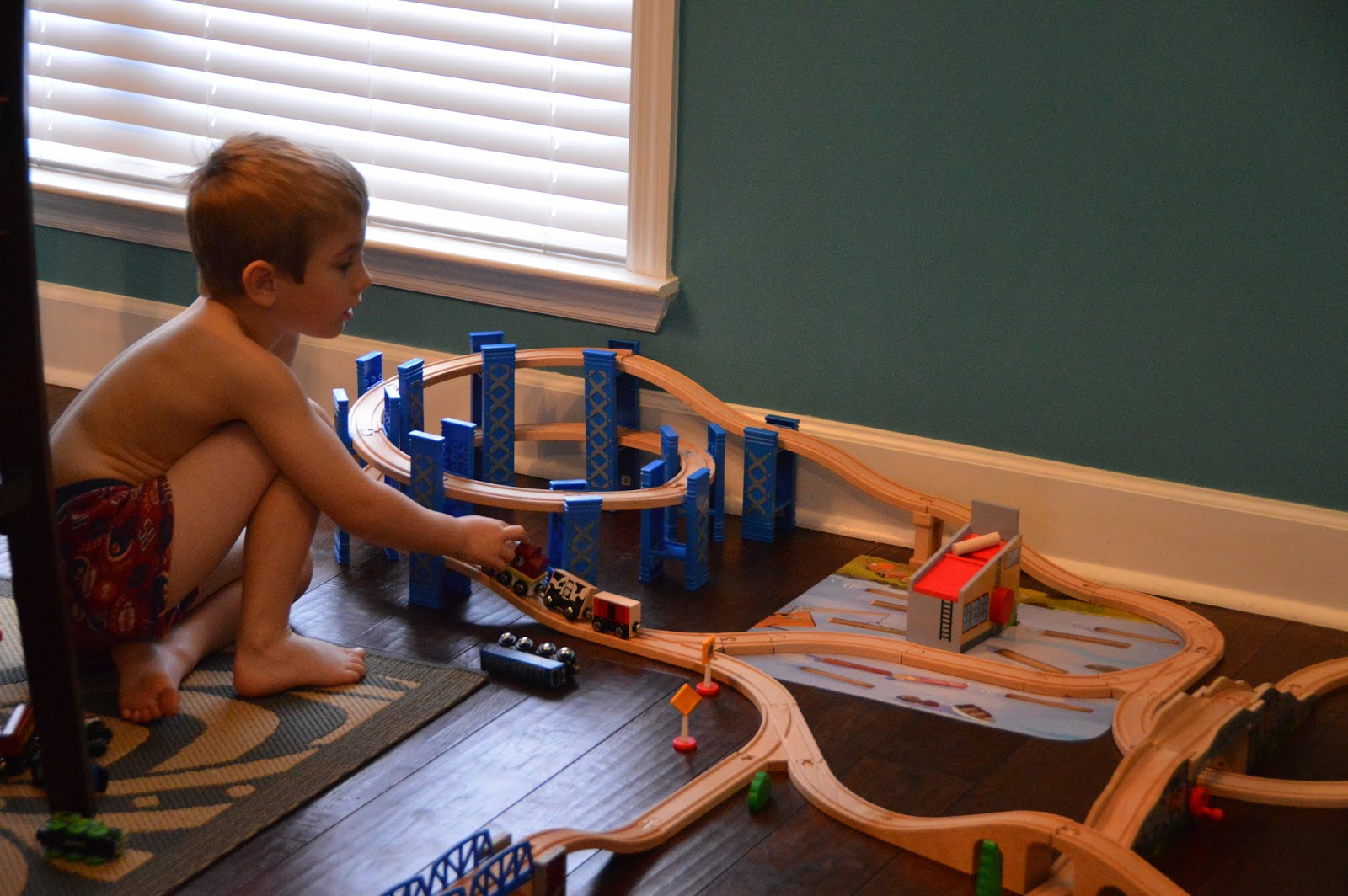 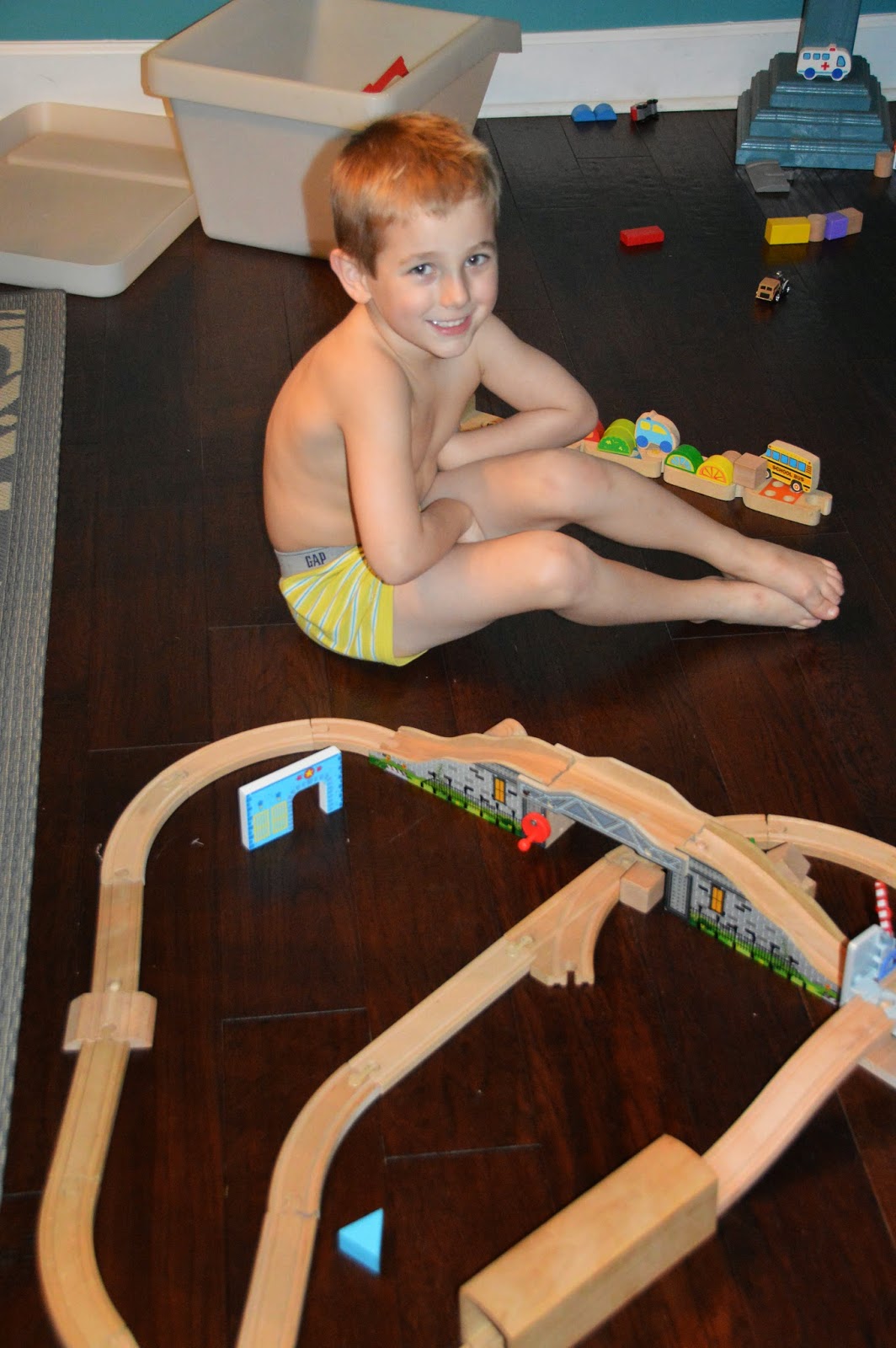 Outside: After naps Kye went outside majority of the days this month! I wasn’t happy to have to dish out money on nice boots for the kids when we went skiing, but they have been a great thing to have. Both kids just throw them on to wear outside and they keep their feet warm when it’s cooler out and dry when it’s wet! LOVE THEM! If you need some boots for your kids I for sure recommend Kamik Stomp Rain Boots Kye was outside playing by himself and it started raining so we hunted down the biggest umbrella we could find (which went in the trash when he was done bc that thing was busted up!) and he had a GREAT time getting soaking wet! 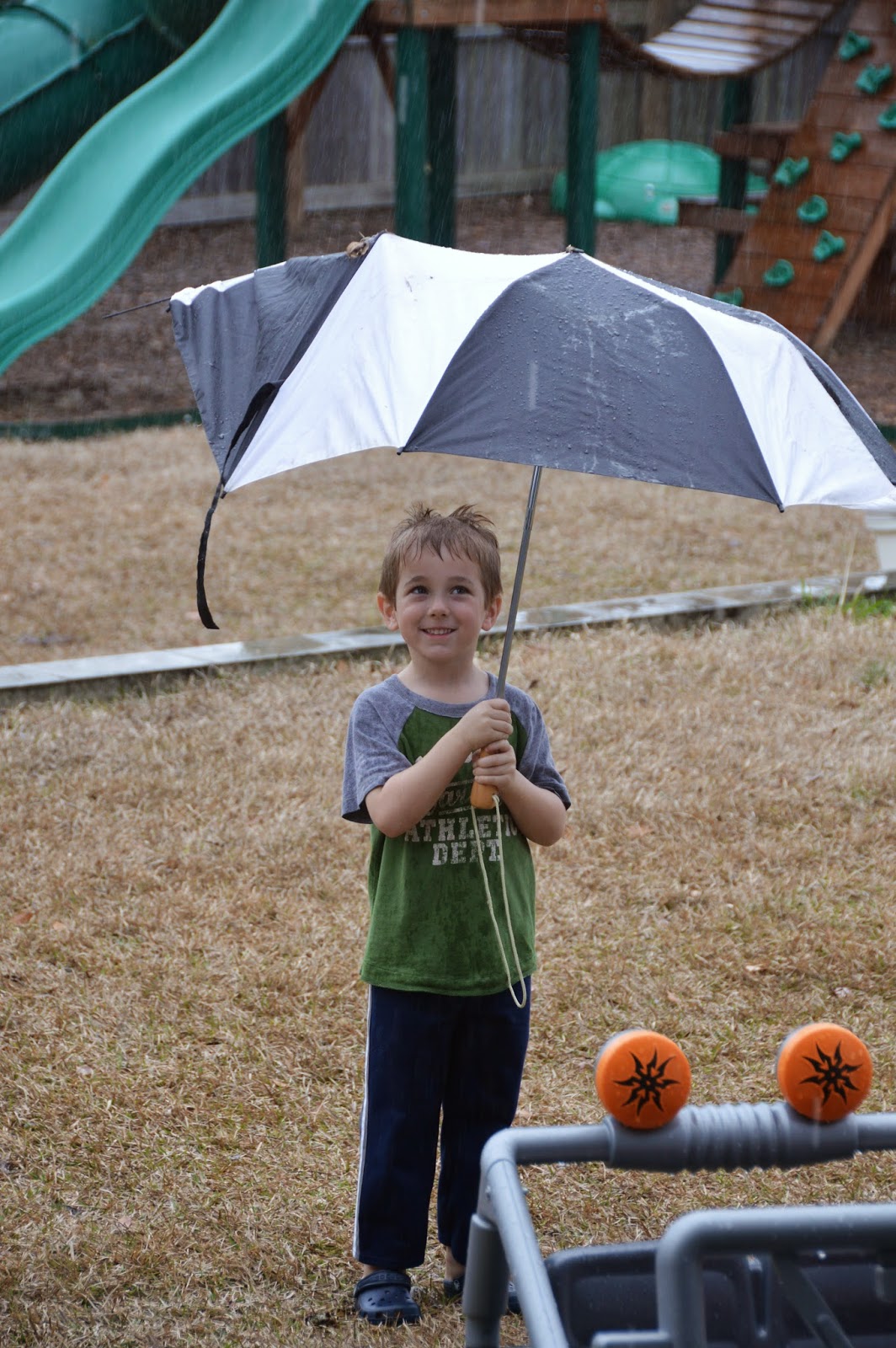 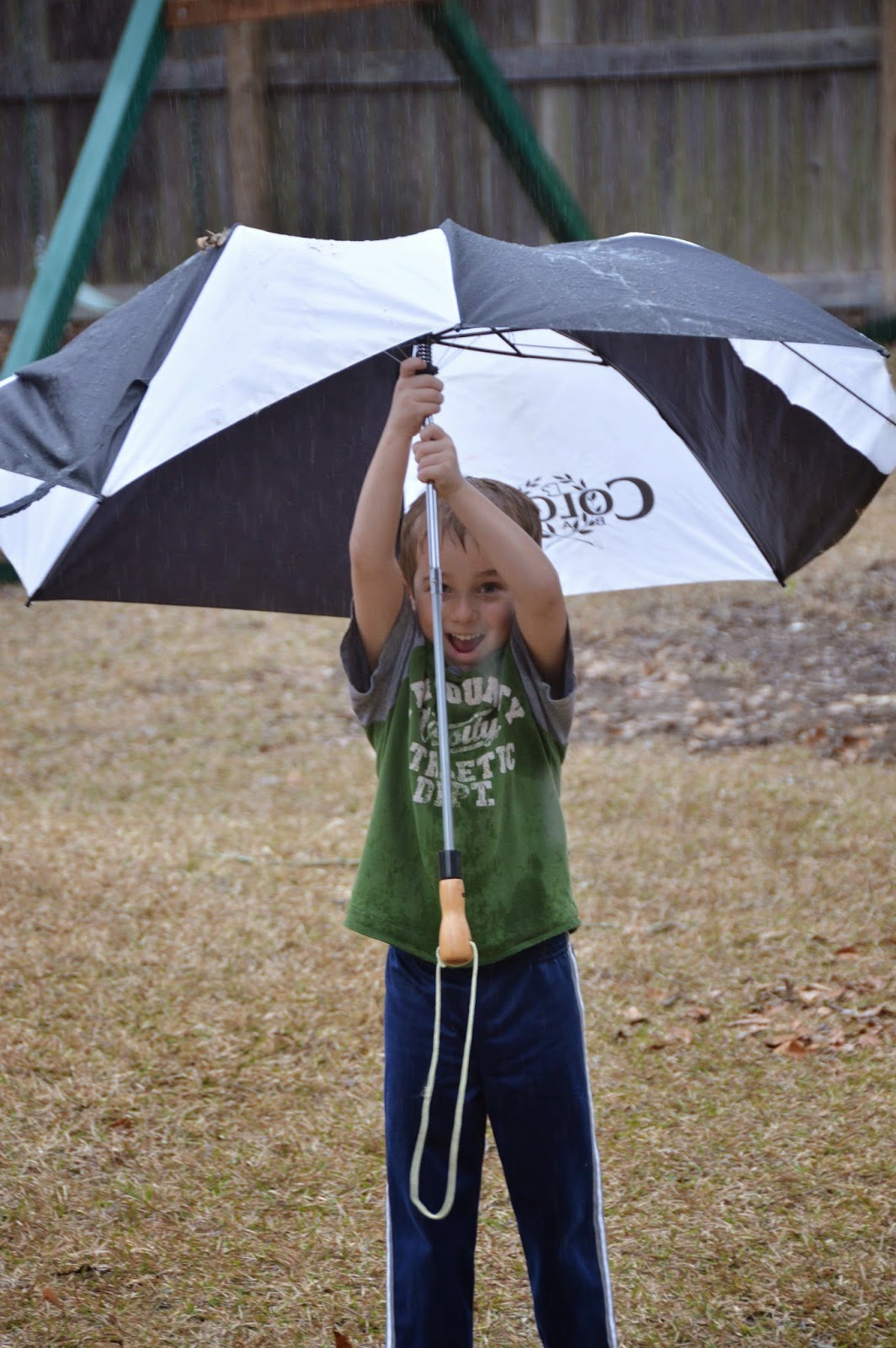 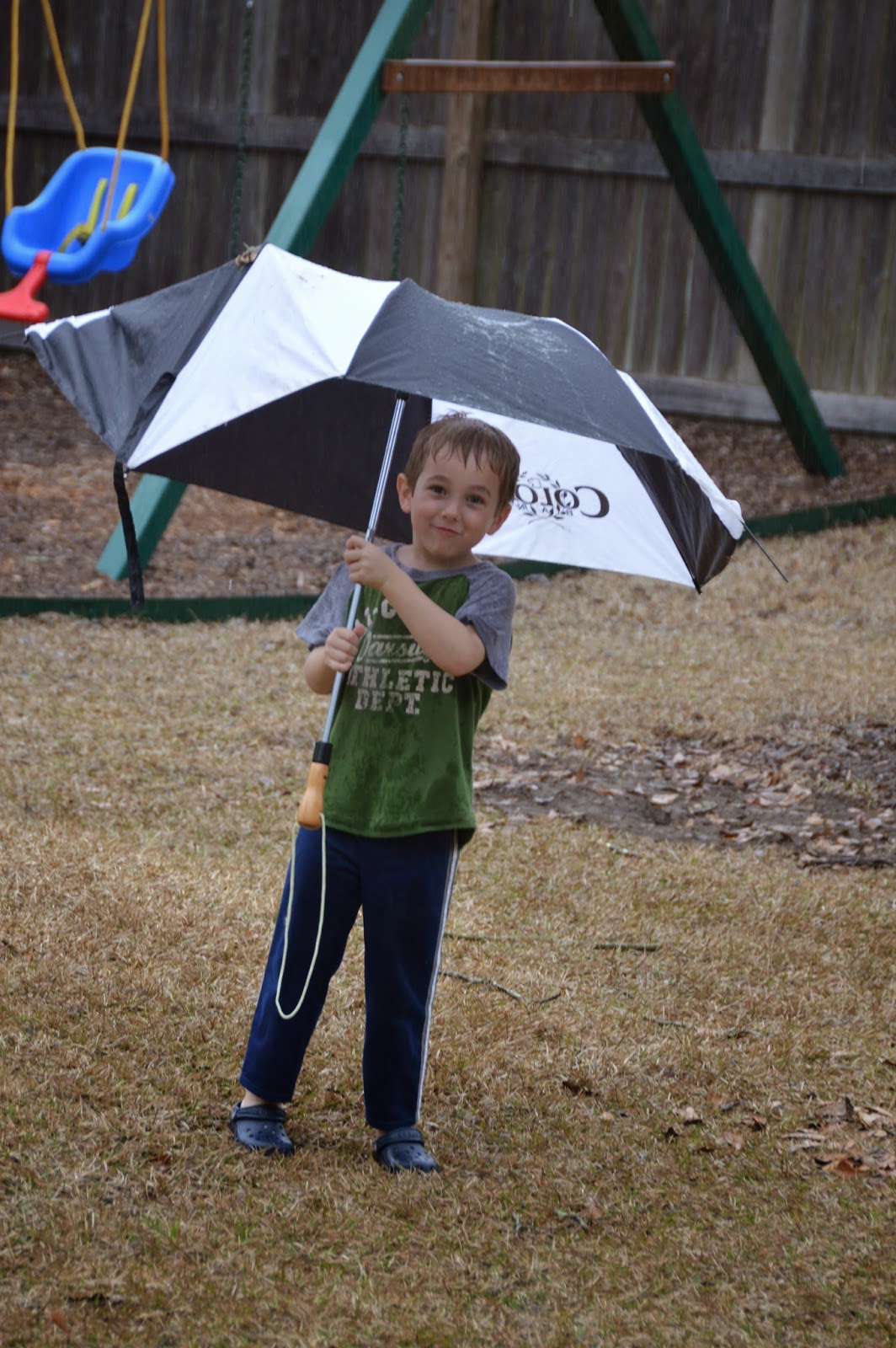 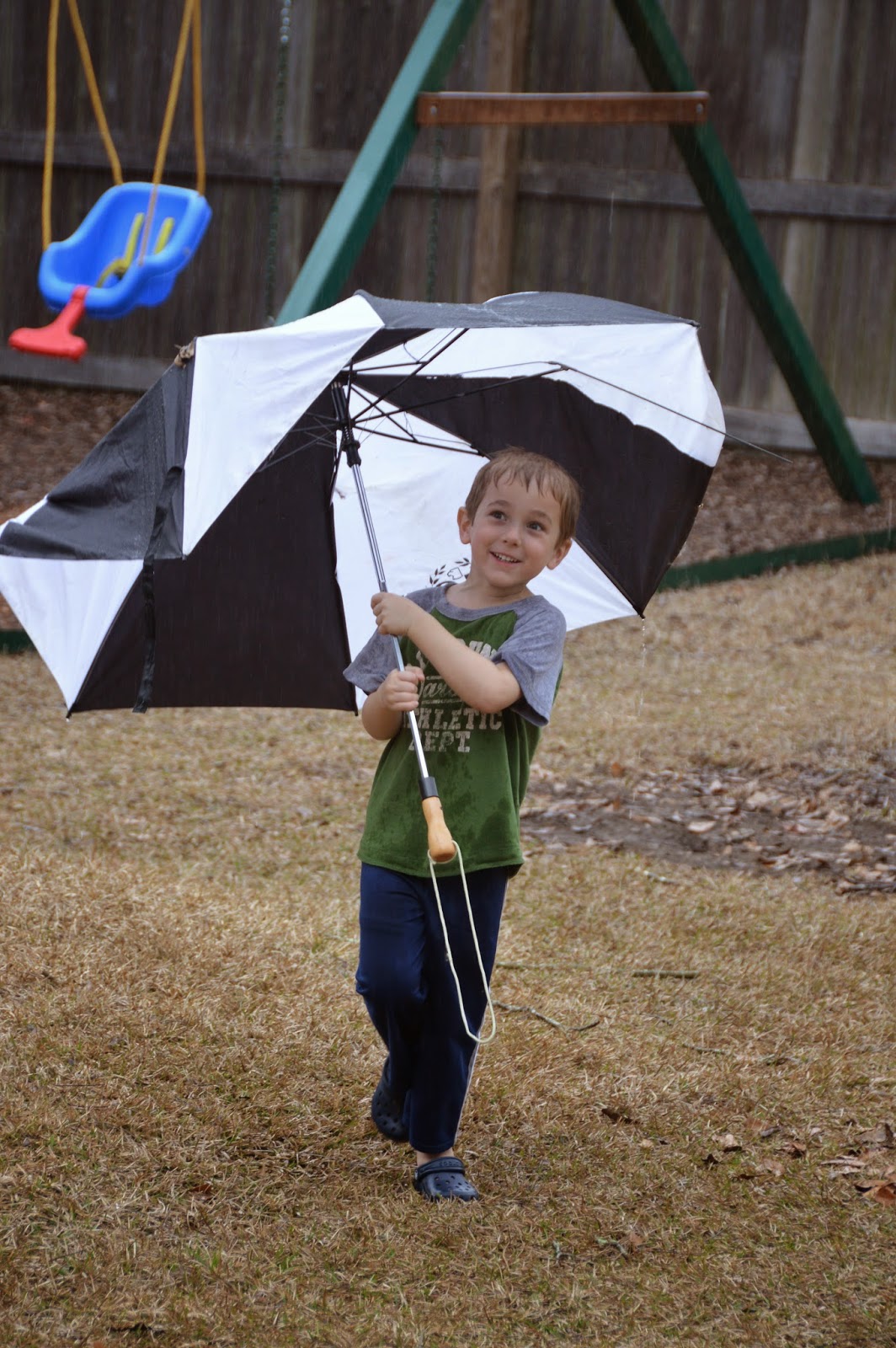 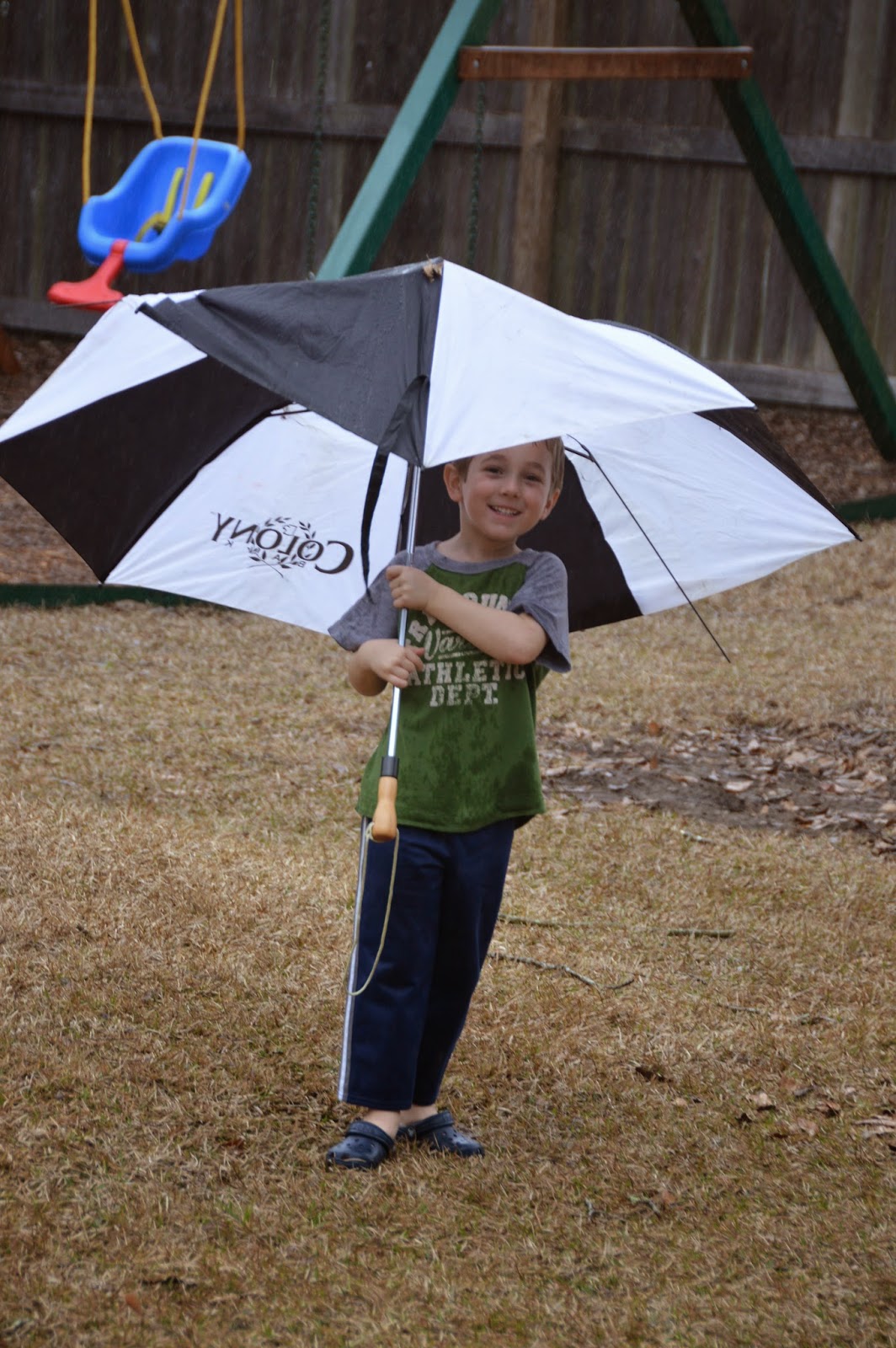 Kye took a long time to really master swinging by himself. Now he’s a little pro about it though and doesn’t ever ask for us to push him anymore. Which is a good thing b/c three kids + 2 hands = not a good combo for swing pushing! 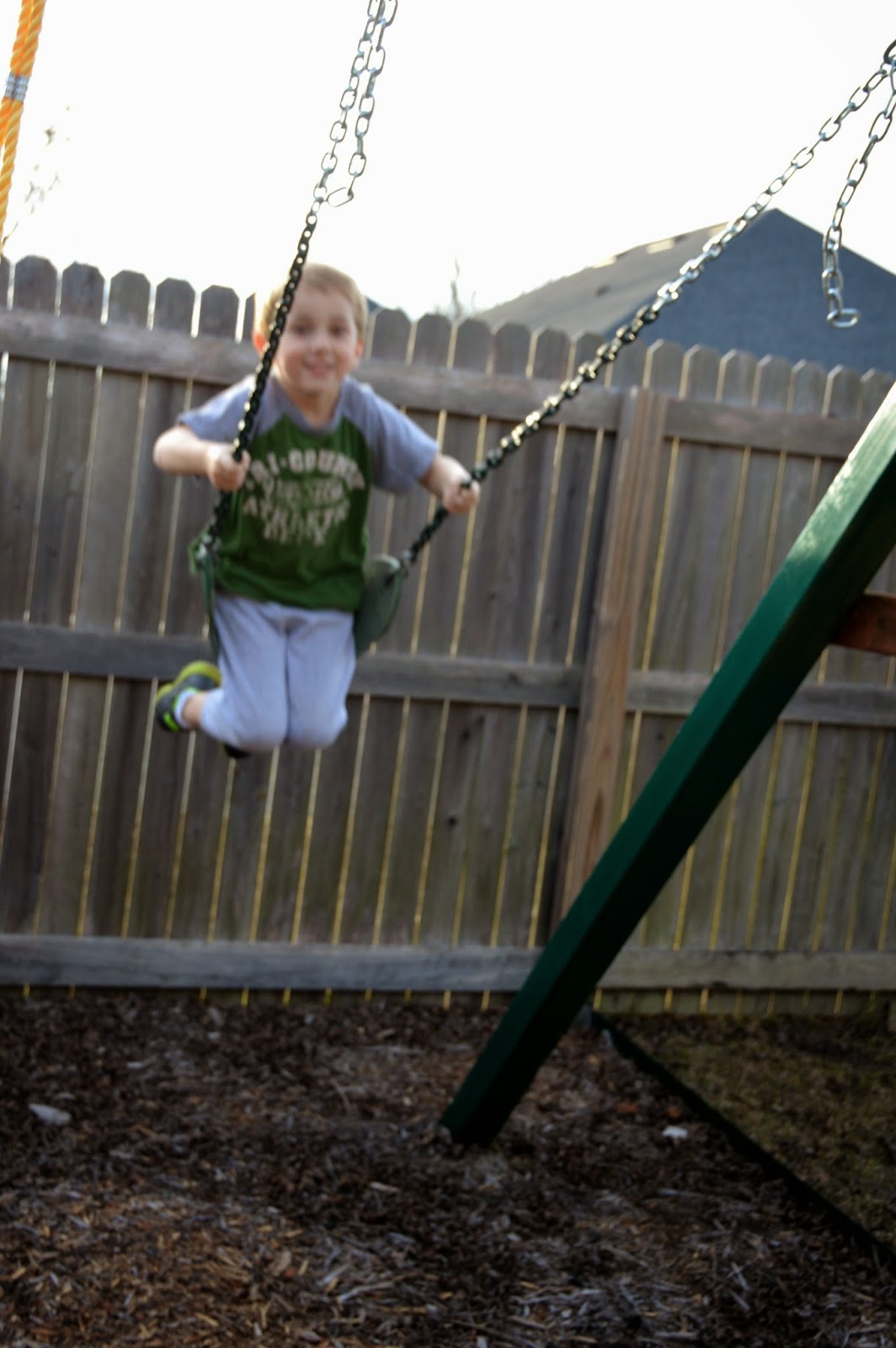 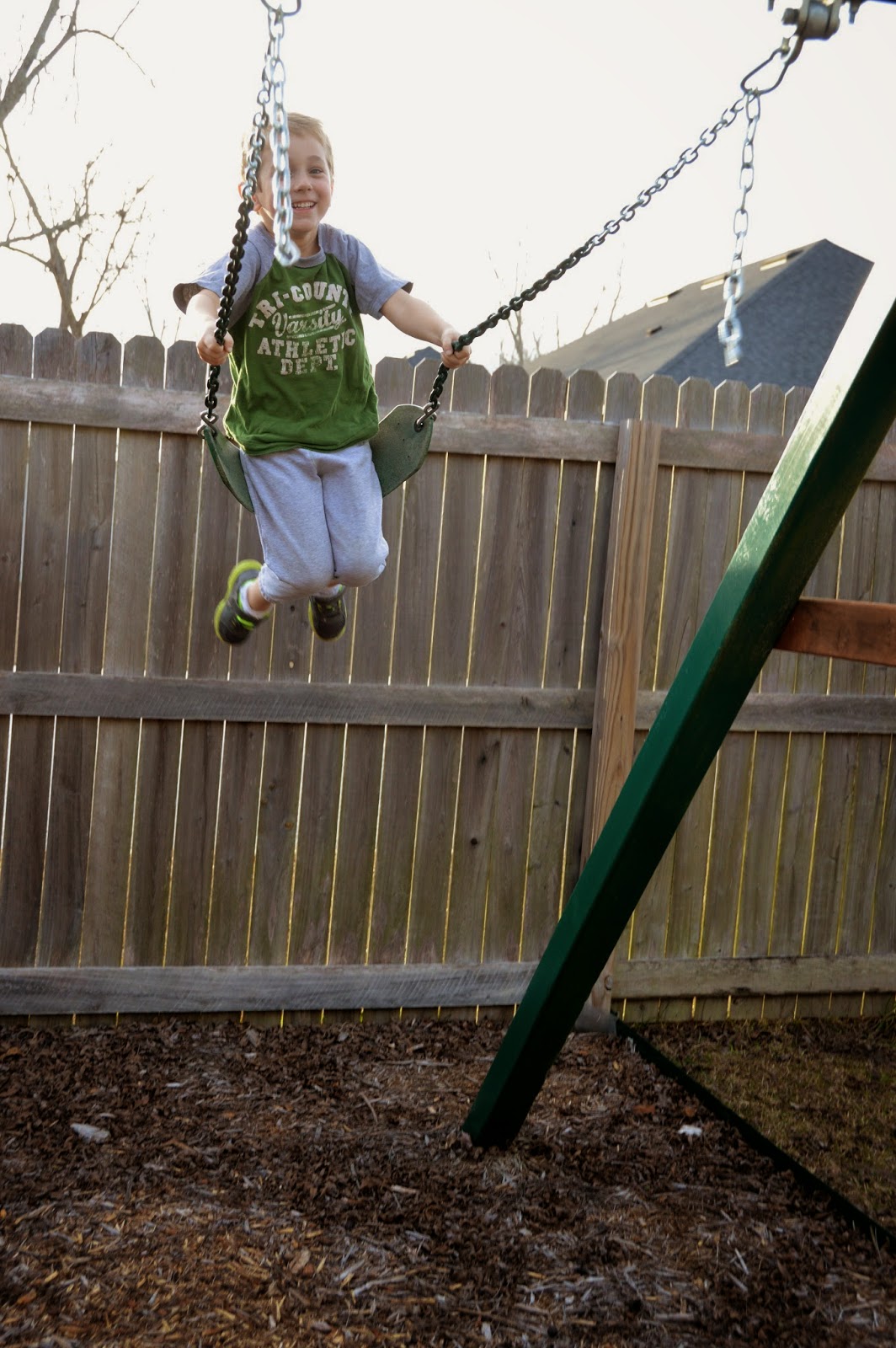 When Kye gets up from nap he picks out his own play clothes to go outside. He STILL always wants to wear is 85 gear. This little jersey is so tiny on him but he loves it b/c it’s his daddy’s number 🙂 Sweet boy! 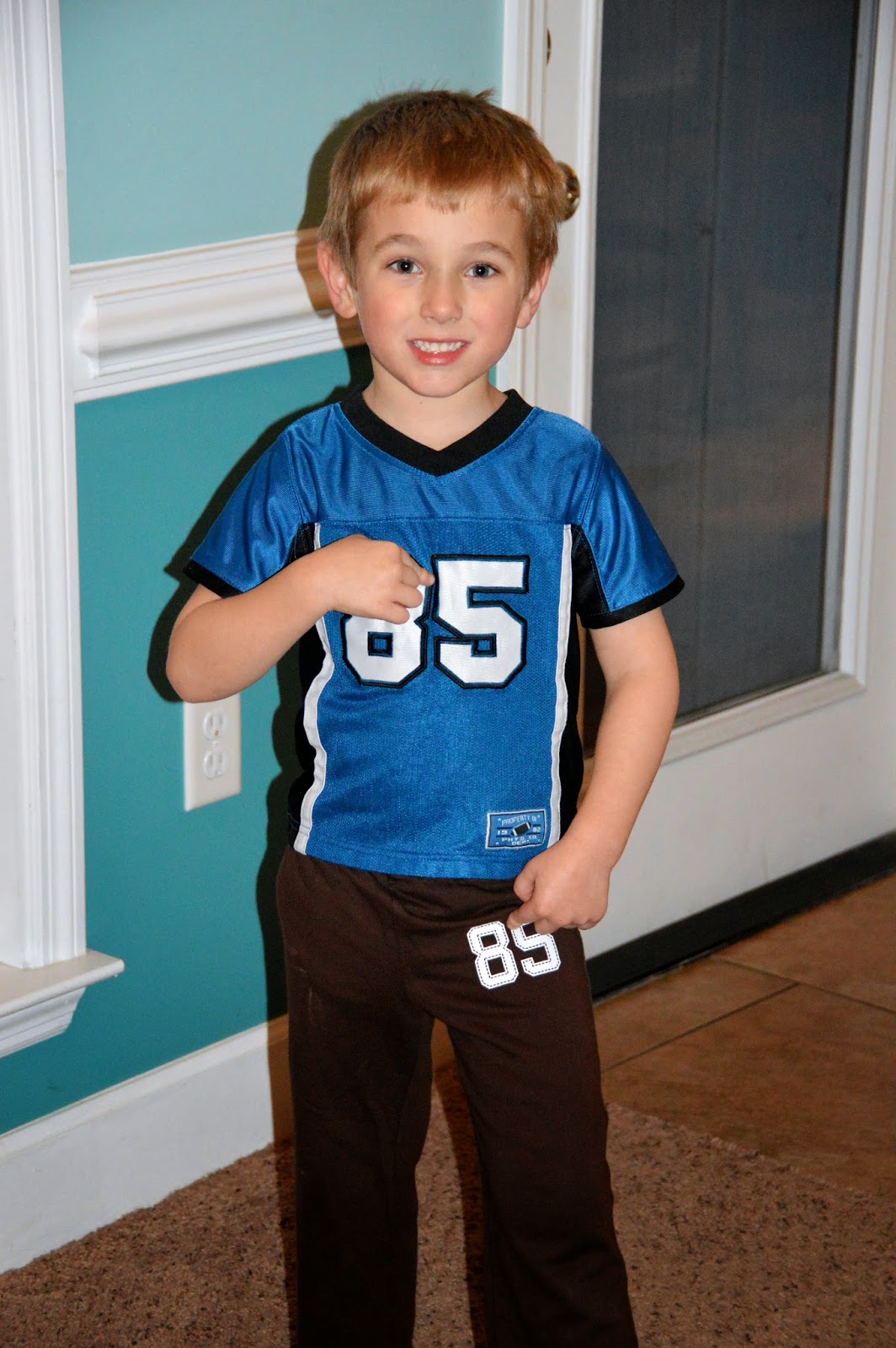 Letters: Kye was so sweet this month and wrote letters to people. He did them all by himself and even addressed all the envelopes. He still everyday asks me if anyone wrote him back when we check the mail (Casey did write him back but the others he wrote to didn’t!) I had to stop him from writing more b/c helloooo stamps ain’t cheap. 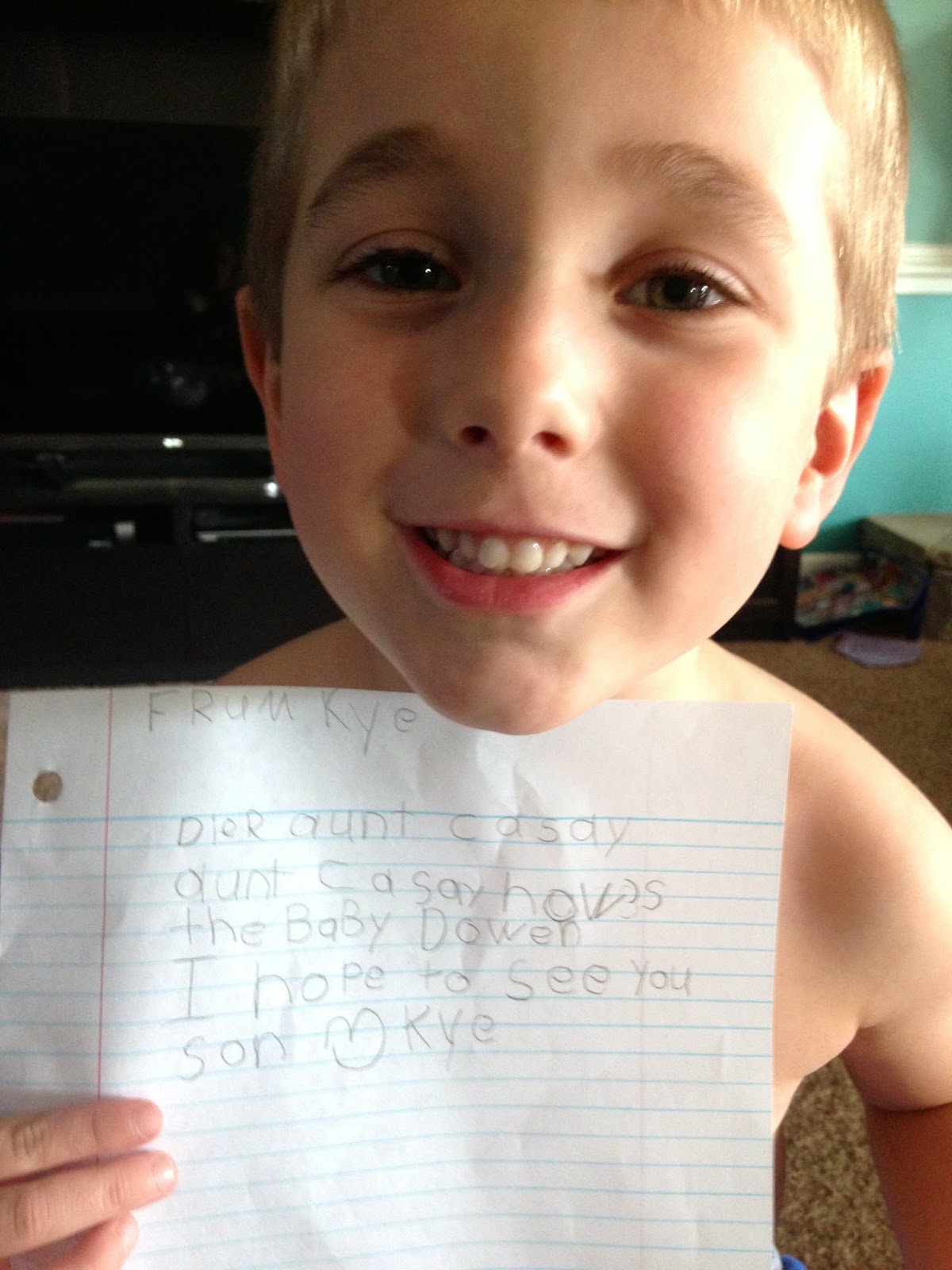 We had SUCH a fun month together with so many great memories! 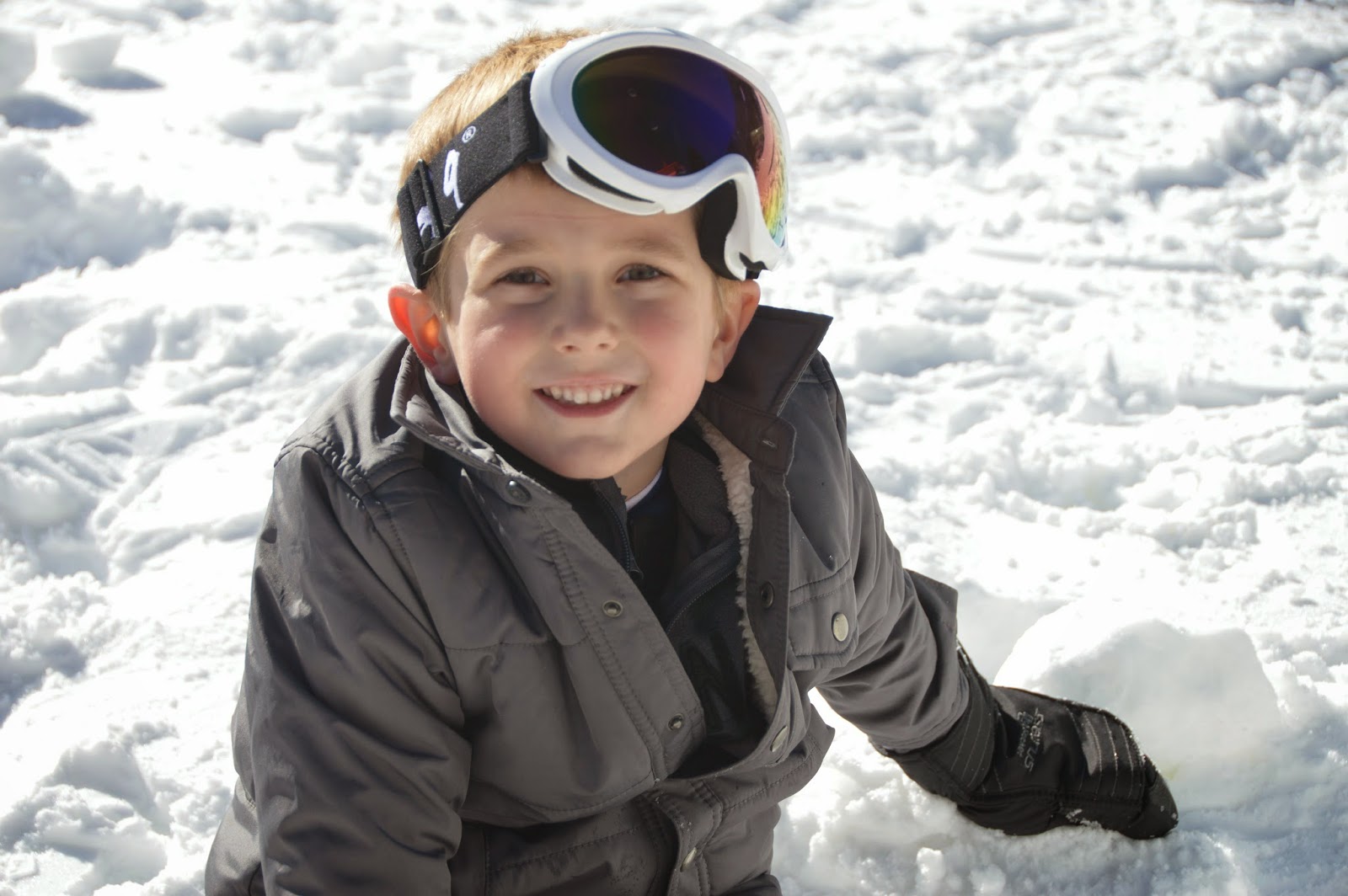