Here is all about Kye from August: 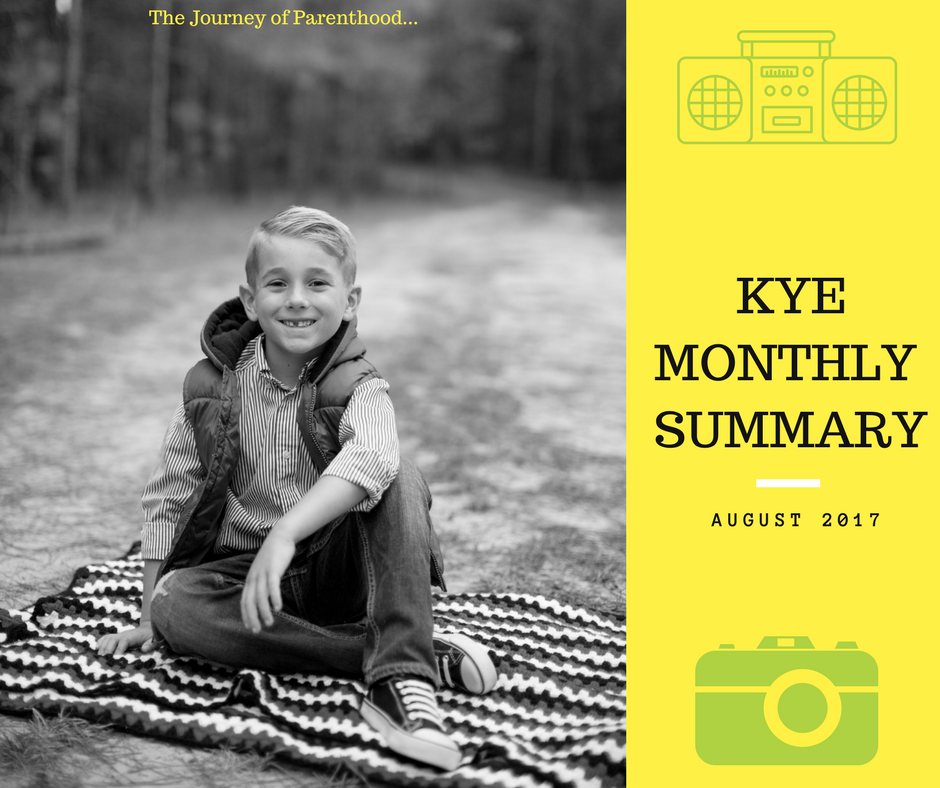 The BIG NEWS this month is that Kye is officially playing football! It’s his first year playing. I’ve always been big about not pushing sports. Last school year he mentioned wanting to play this year. I didn’t bring it up much or anything but he stuck by that desire to play so we signed him up. Really this is the best year for him to try it because it’s tackle but it’s based on grade level. 2nd and 3rd play together on a team and I like that he’s the older age range playing. I’ve never been anti-sports but I’ve also never been hardcore-pro them either. I am surprised Kye wants to play just based on his personality and his desire for alone time etc. But he’s excited so we’re excited too!

He had a “draft night” where he had to do some routes and such to decide which team he’d be on! 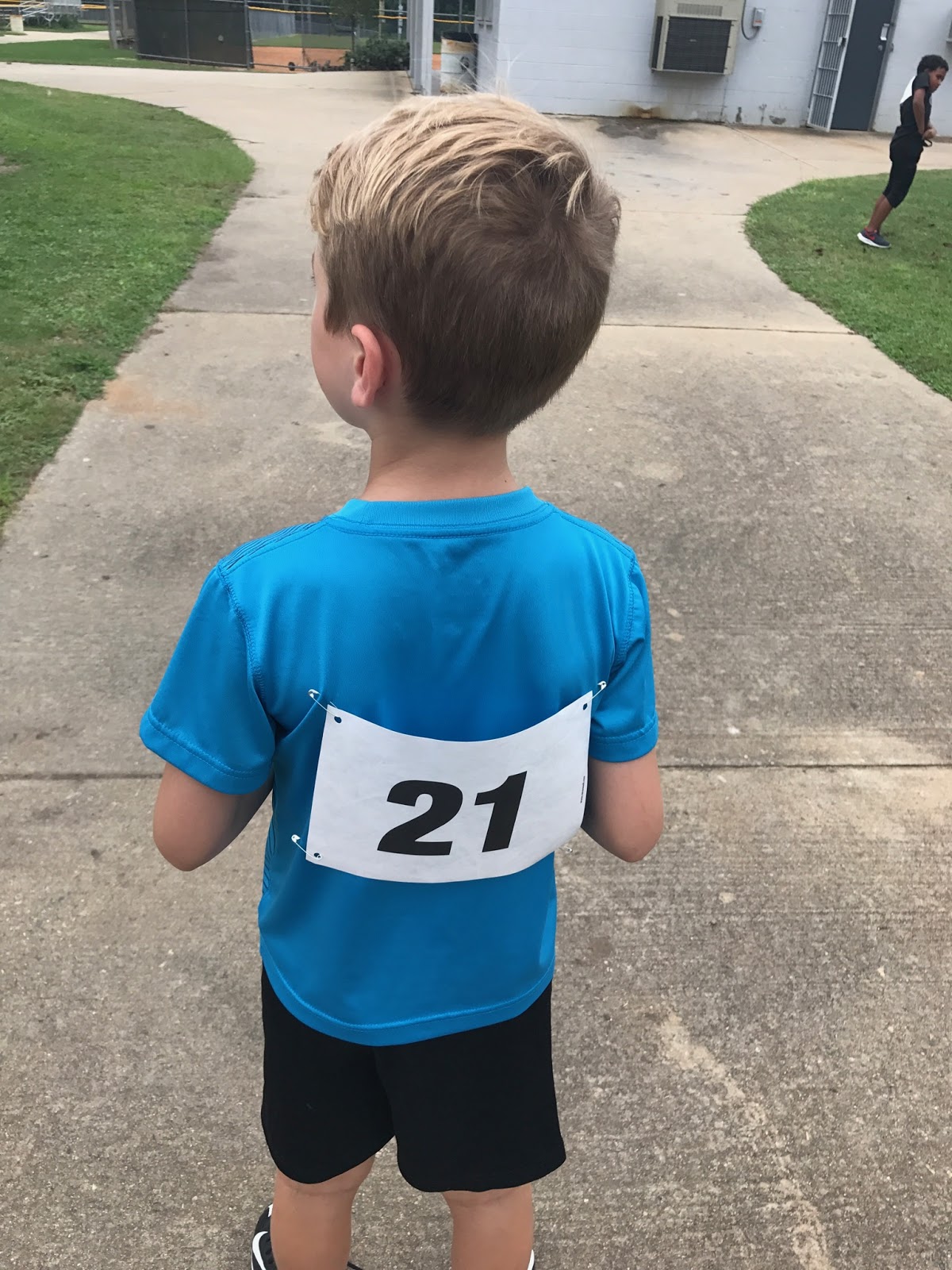 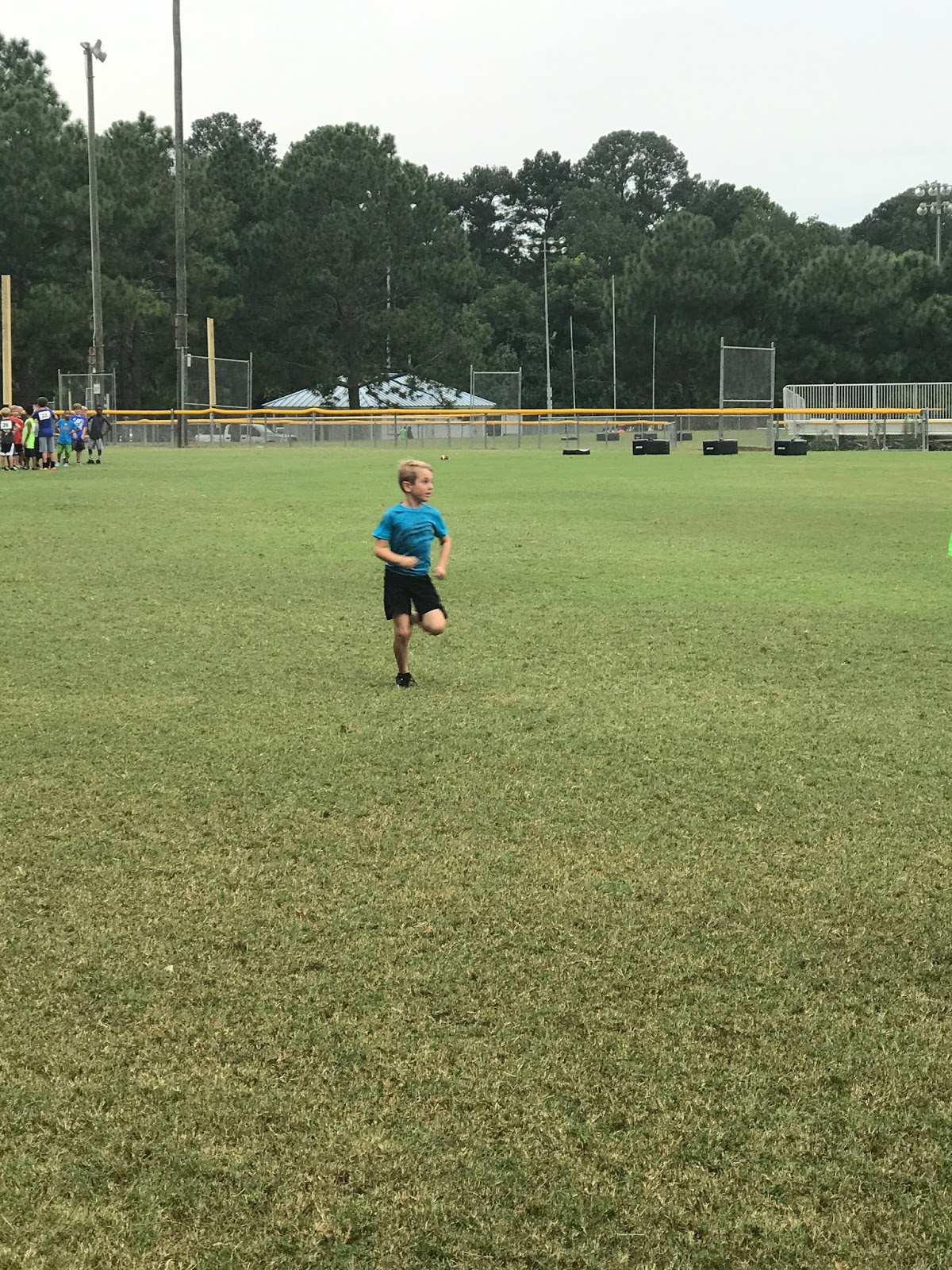 Kye kicked off 3rd grade this month and is doing great! He got his reading scores and is reading at a 5th grade reading level. Which is awesome, but also super frustrating because content at that level isn’t always what I’d want my 3rd grader to read! 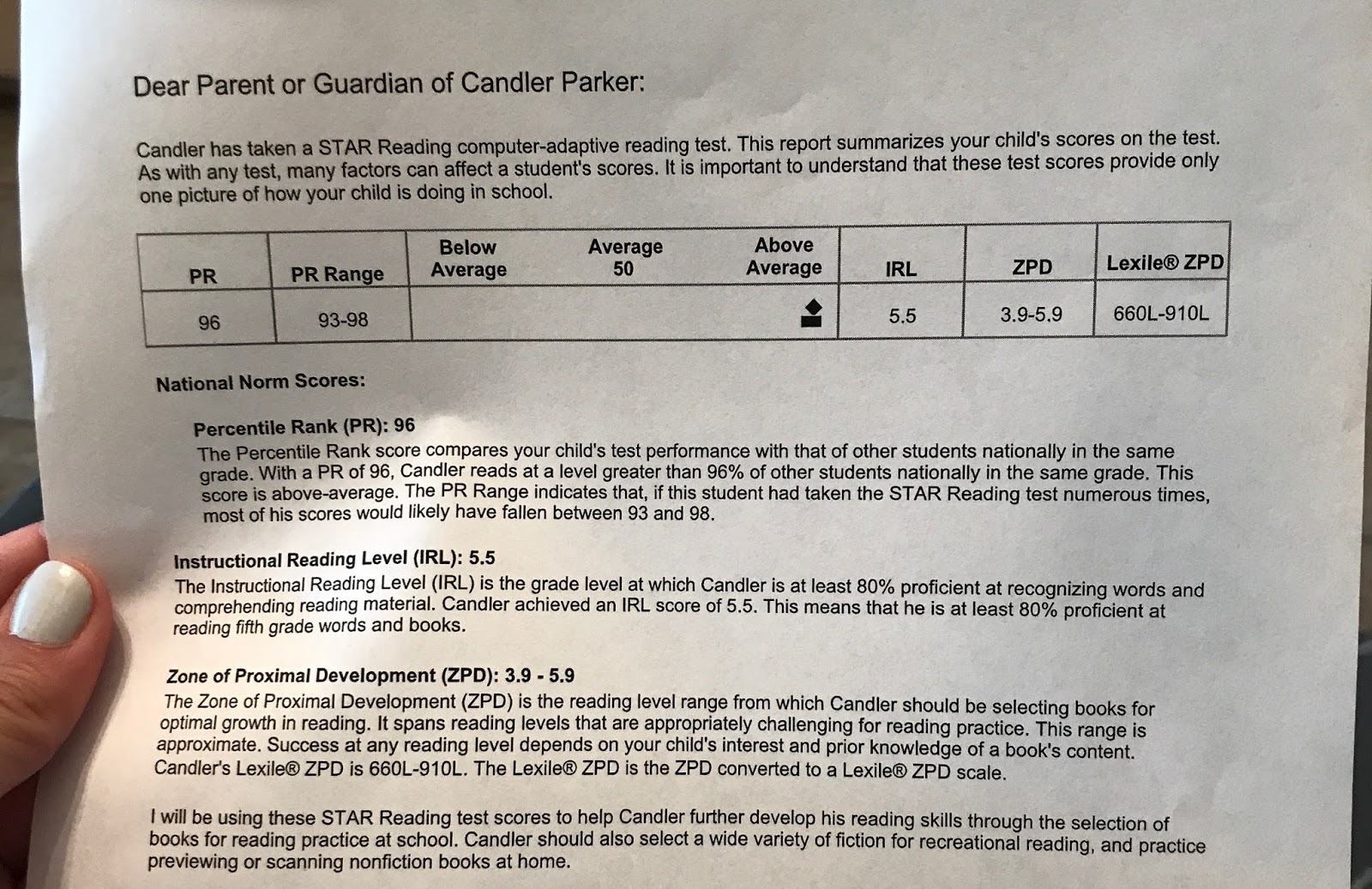 He got his first agenda book! 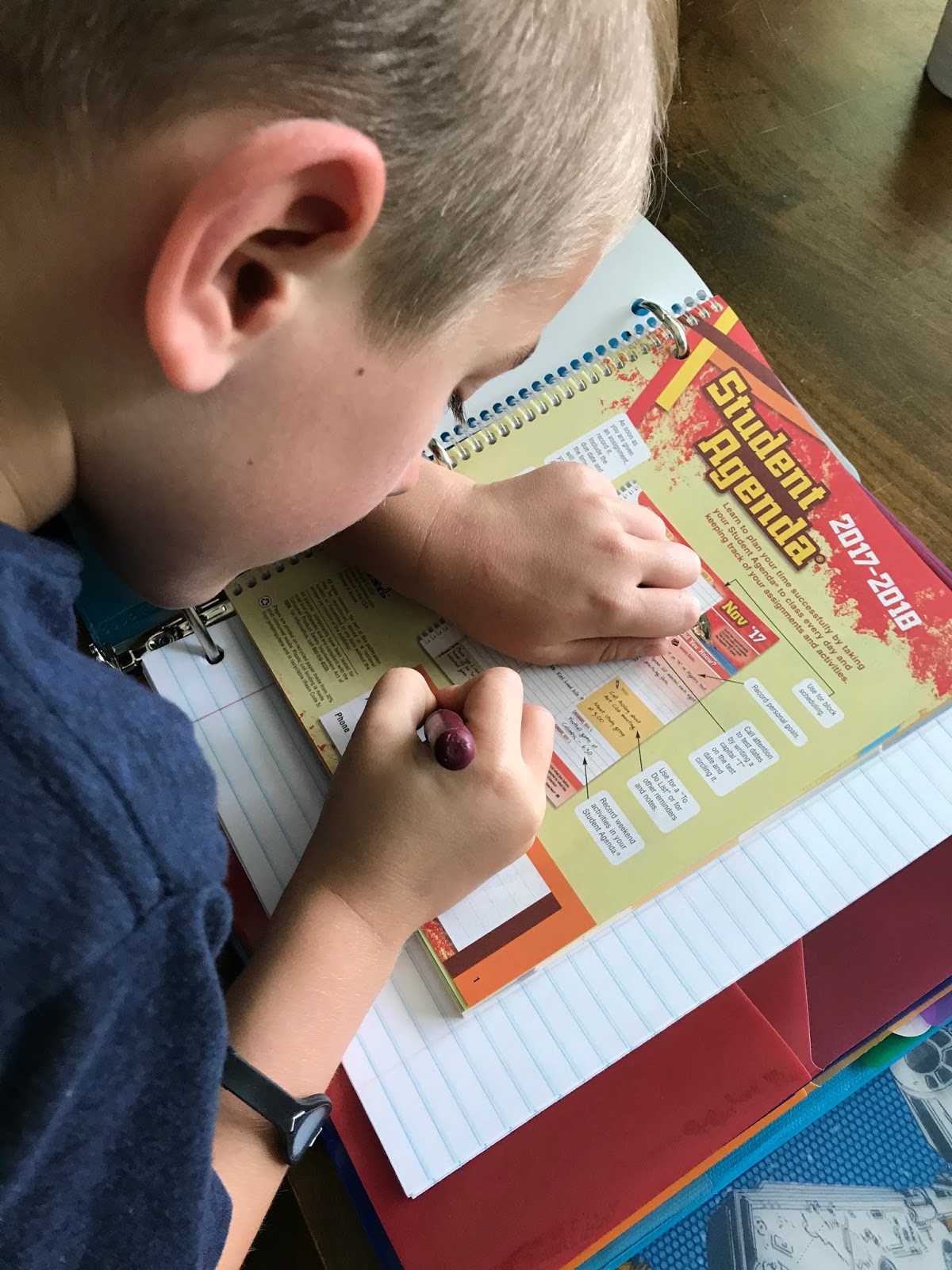 And got to decorate his binder (which y’all cracked me UP). I suggested a Star Wars theme and he wanted to go more with a “brag about myself” theme haha We had a nice talk about being humble 😉 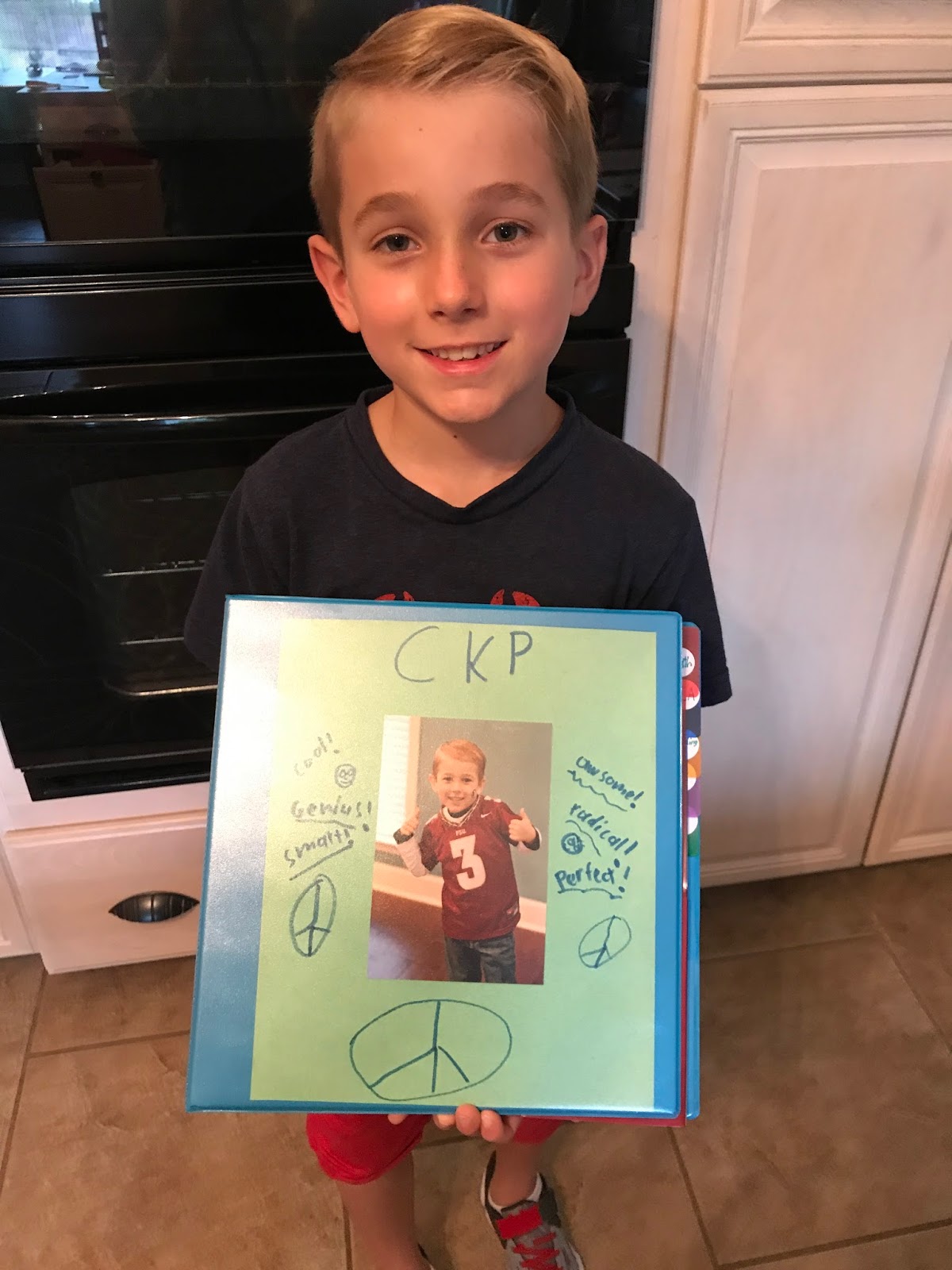 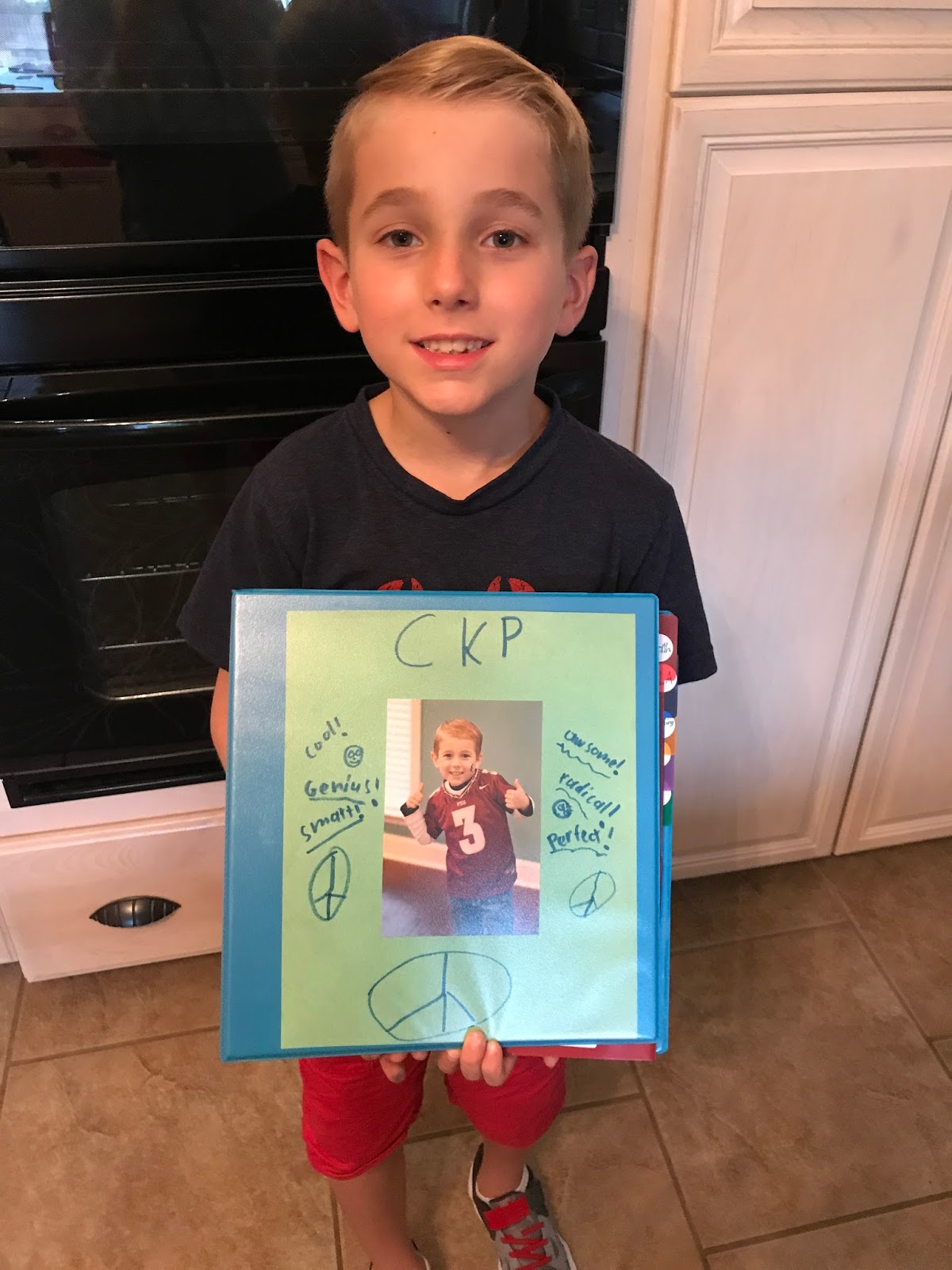 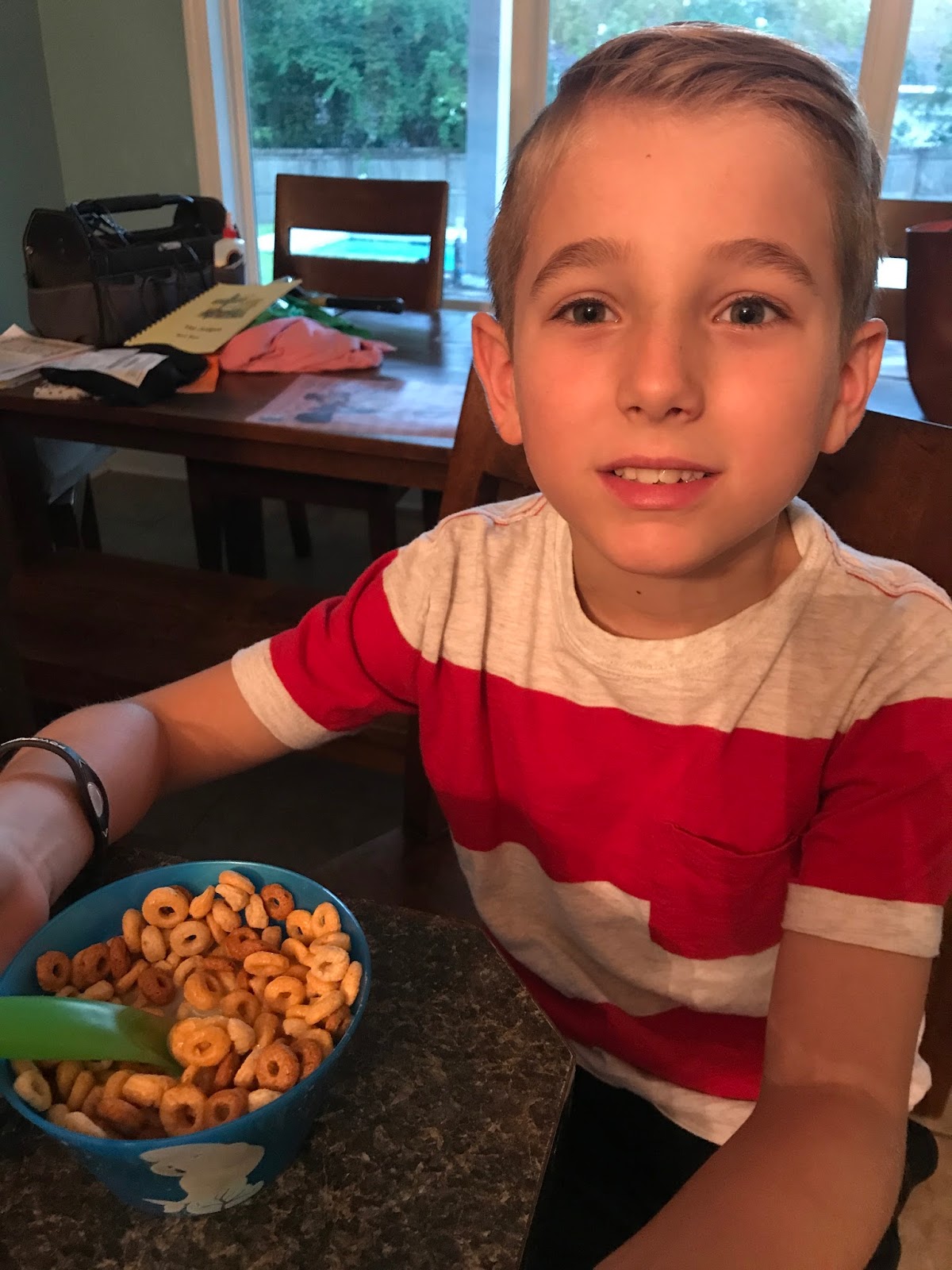 Speaking of humble he also asked to pick out his own outfit for the 2nd day of school. He’s got that confidence thing DOWN 😉 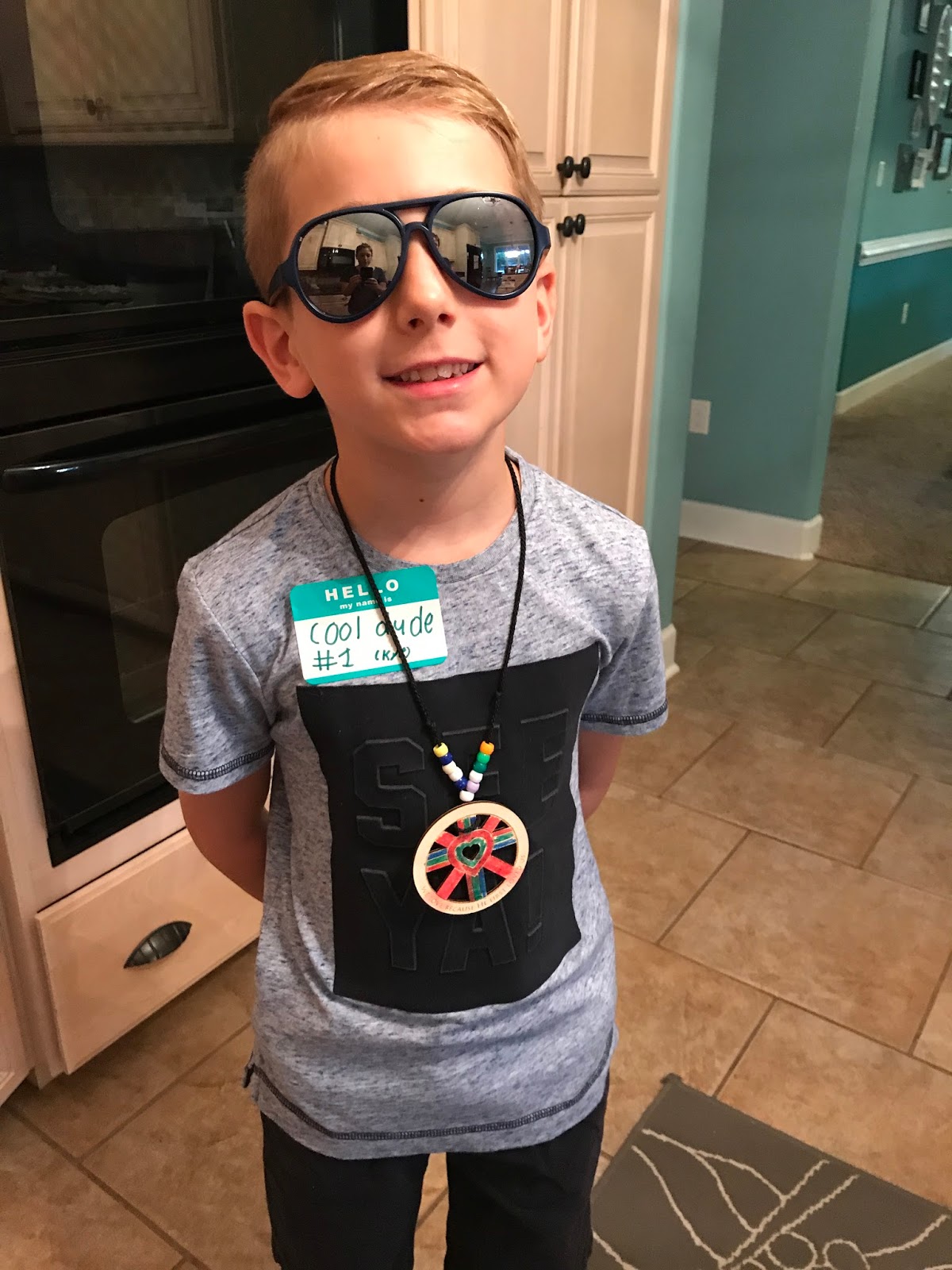 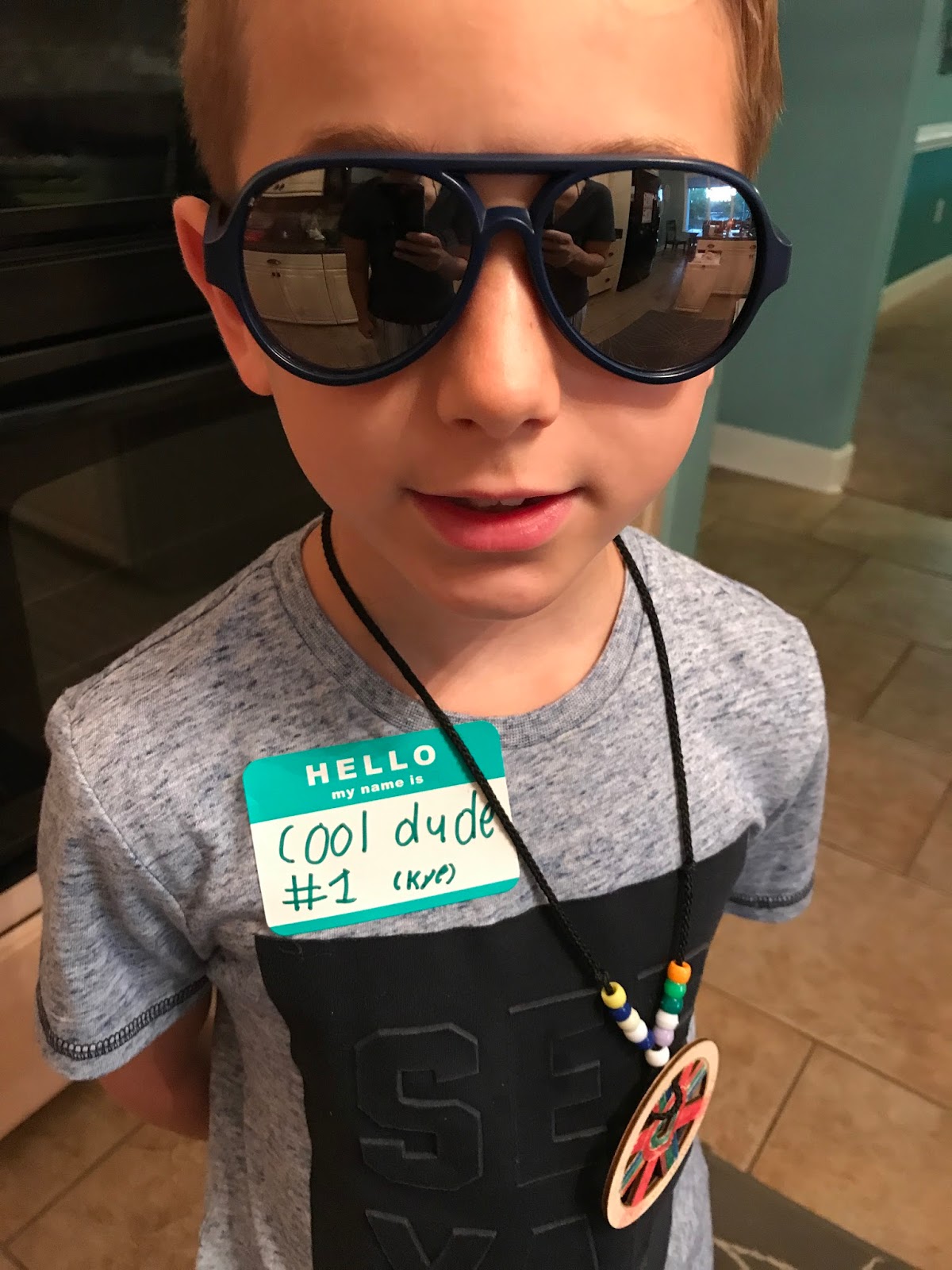 Kye LOVES dressing up for themes and gets really into it. I love it! 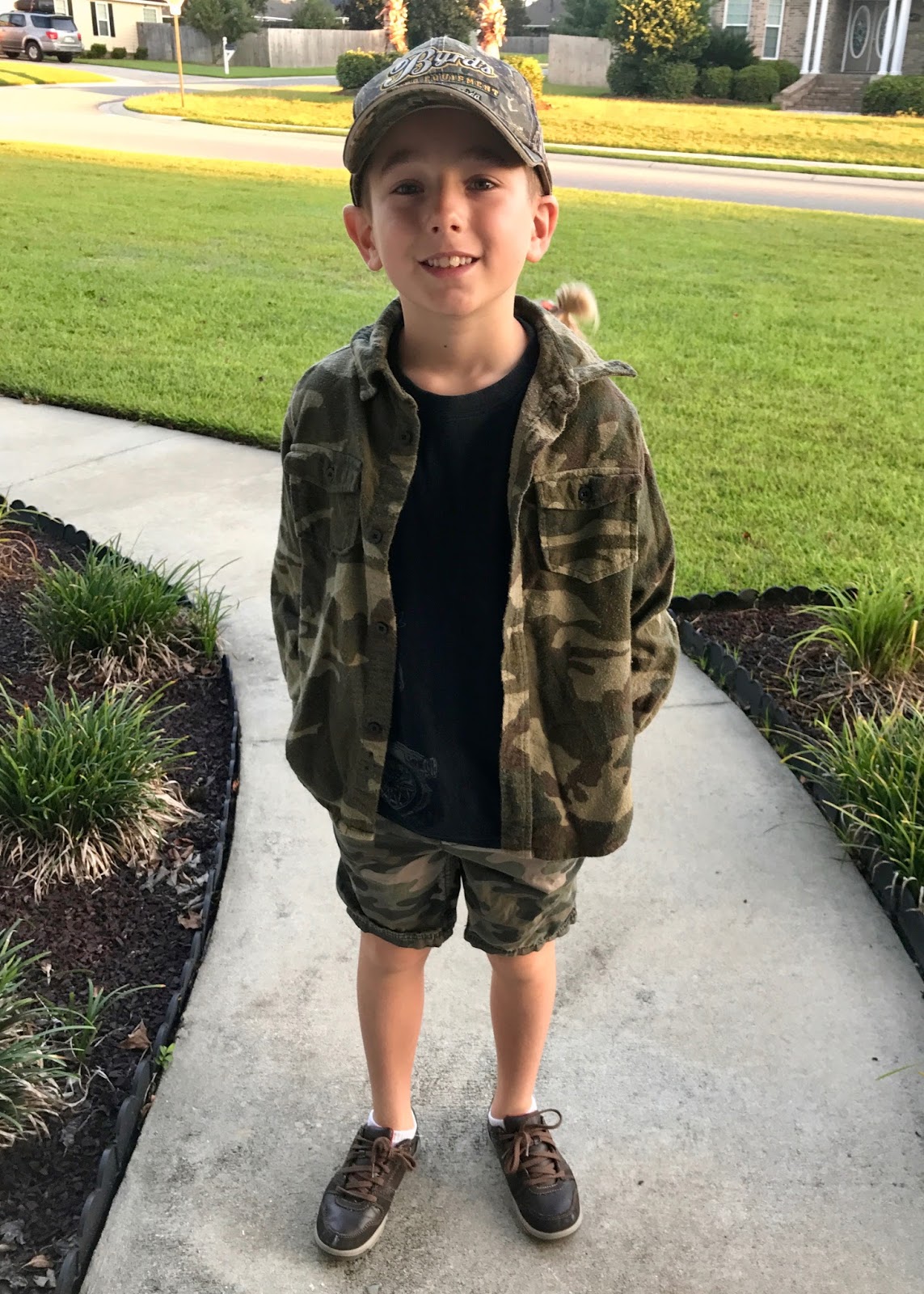 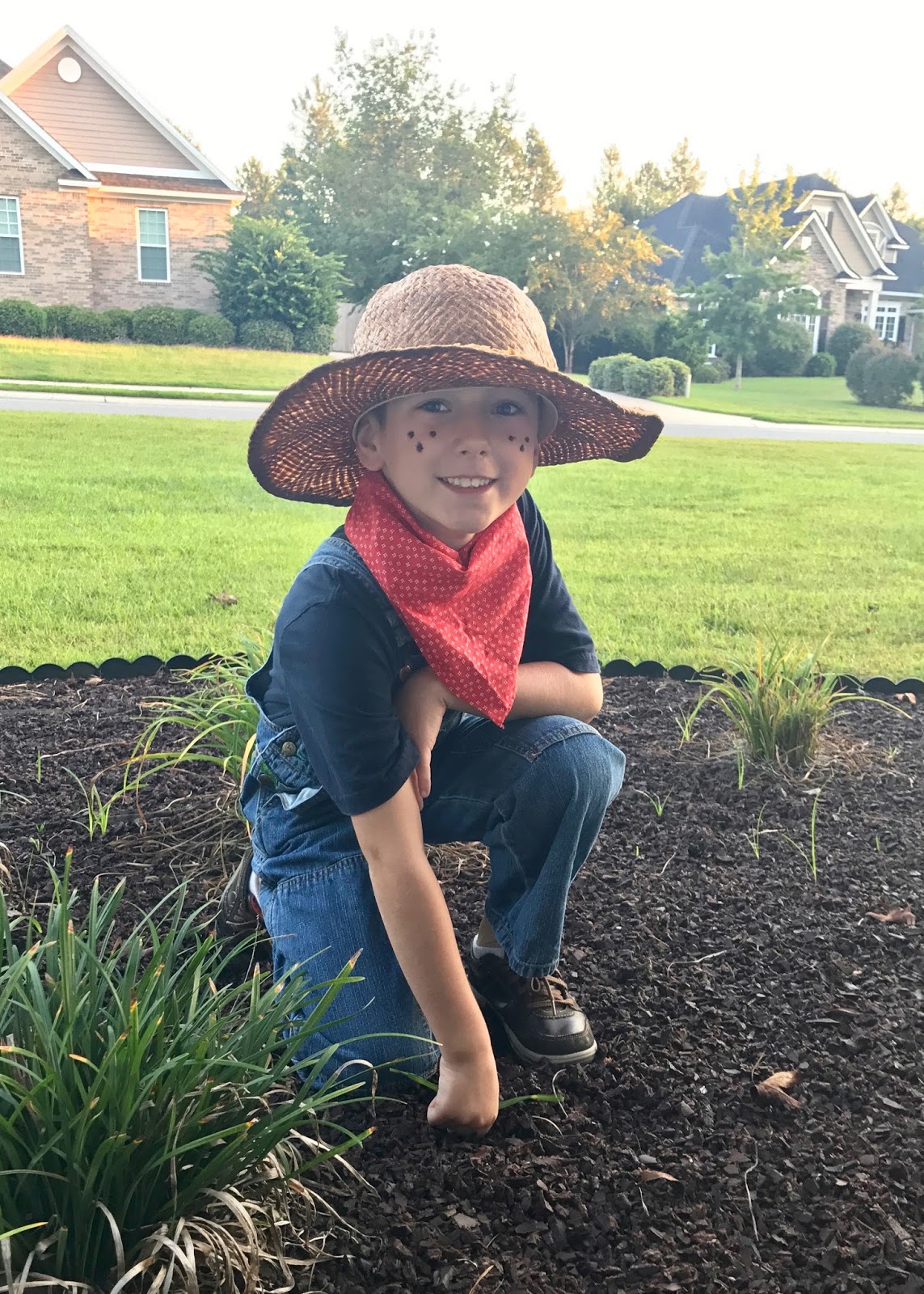 Tess and I surprised the kids at school for lunch 🙂 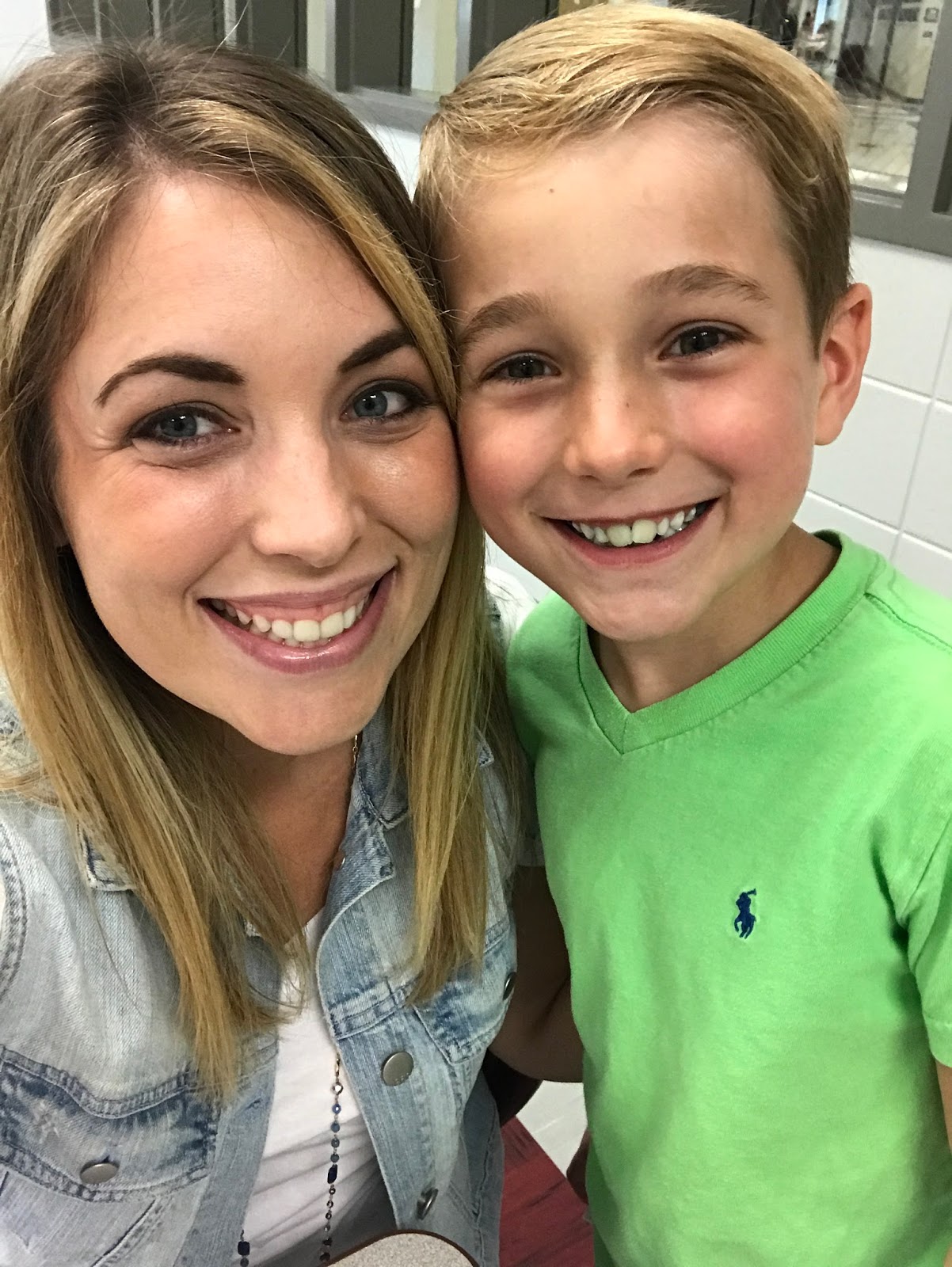 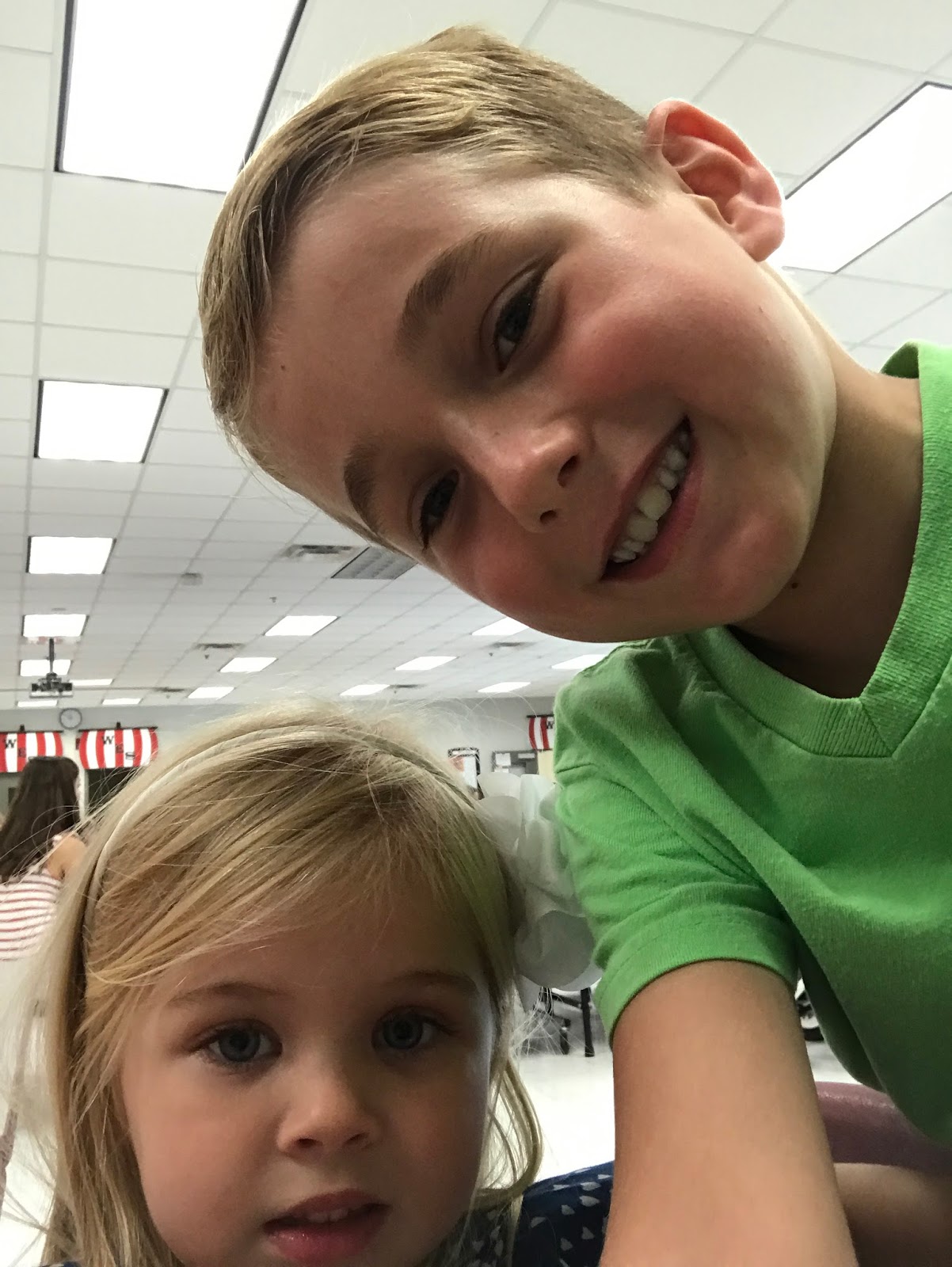 As always, nothing makes me prouder as a mama than seeing Kye grow in his walk with the Lord. This month he read scripture during worship service (here’s a video) 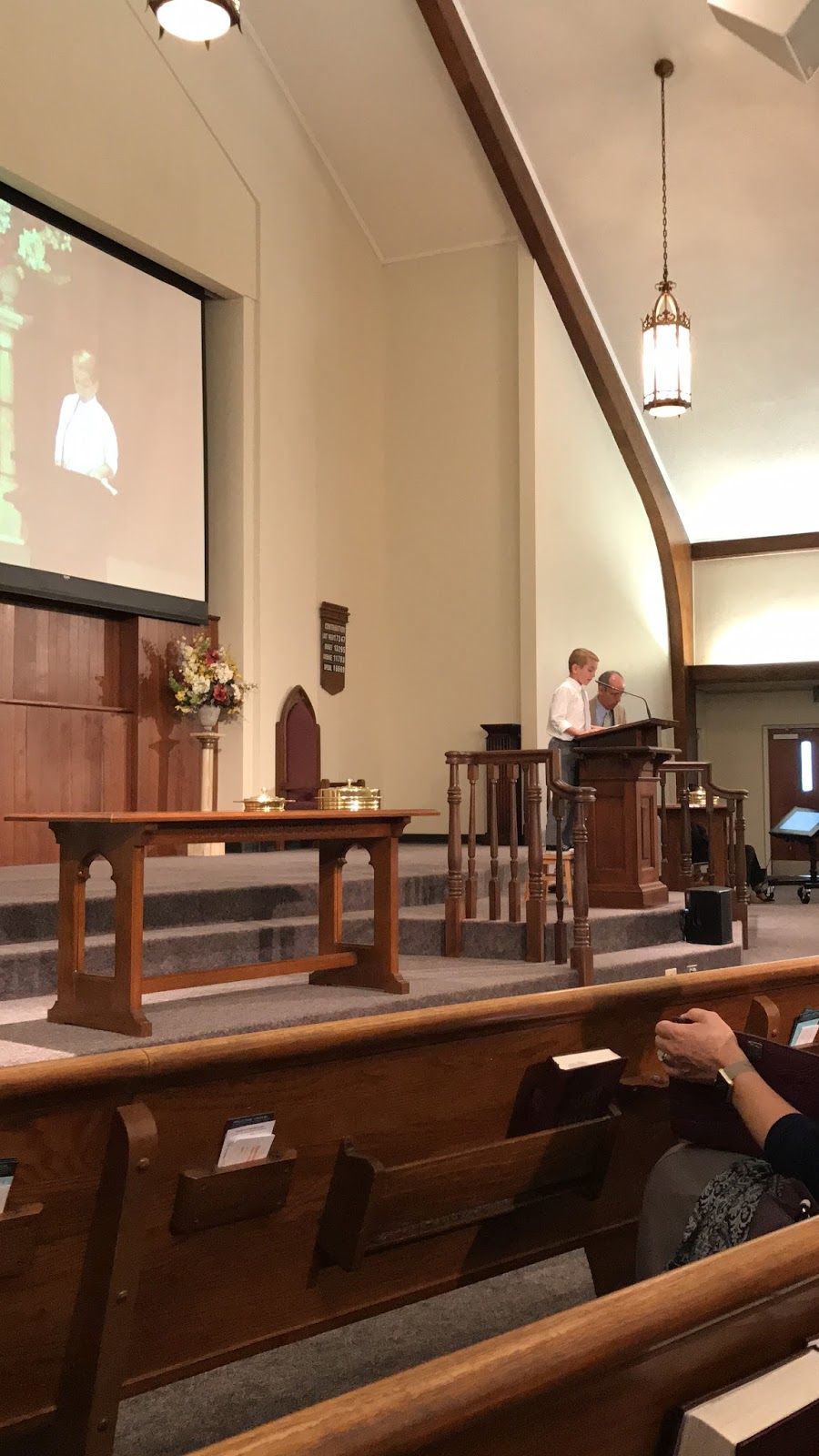 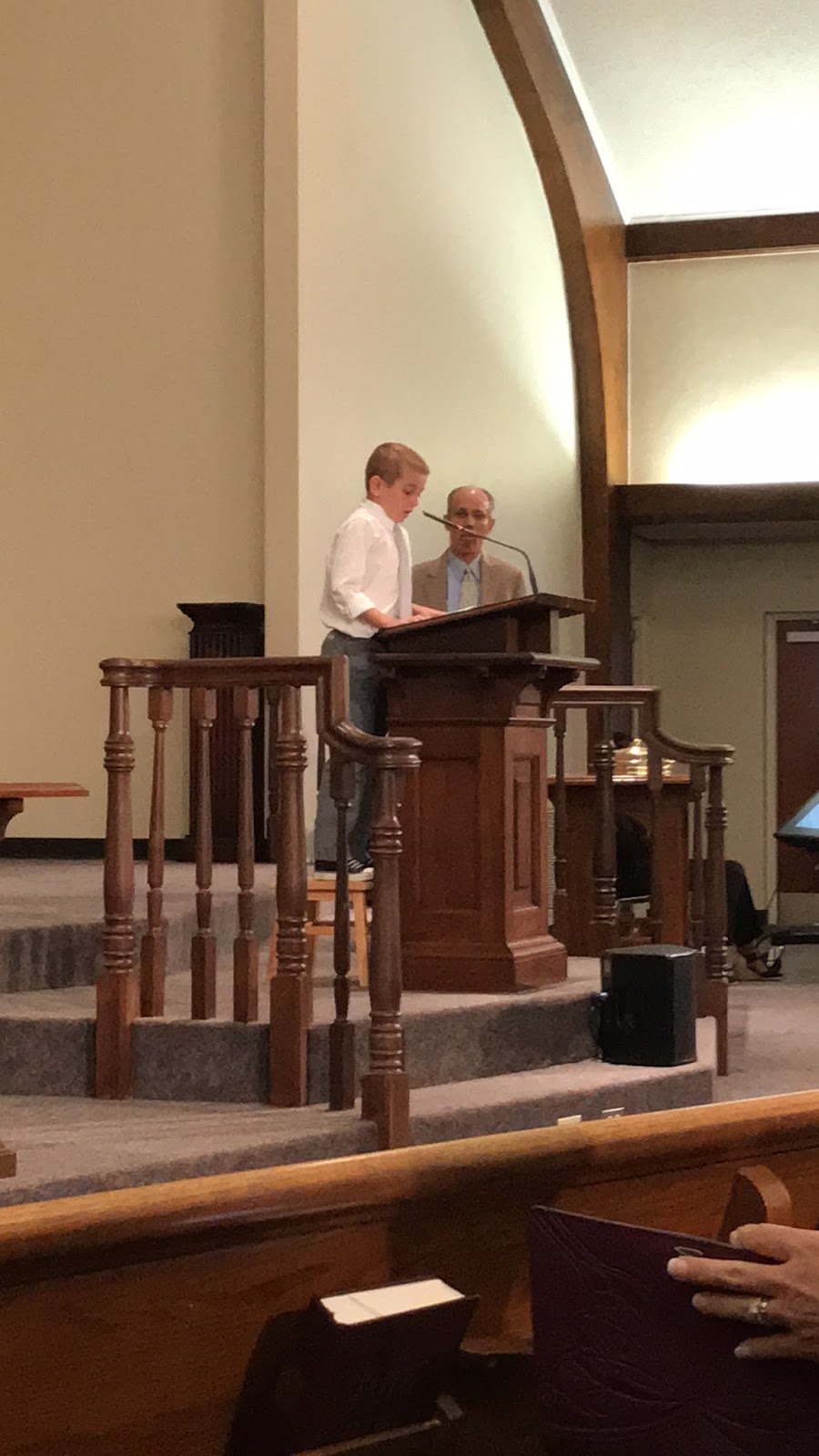 He also made Big Daddy this card for his BDAY! 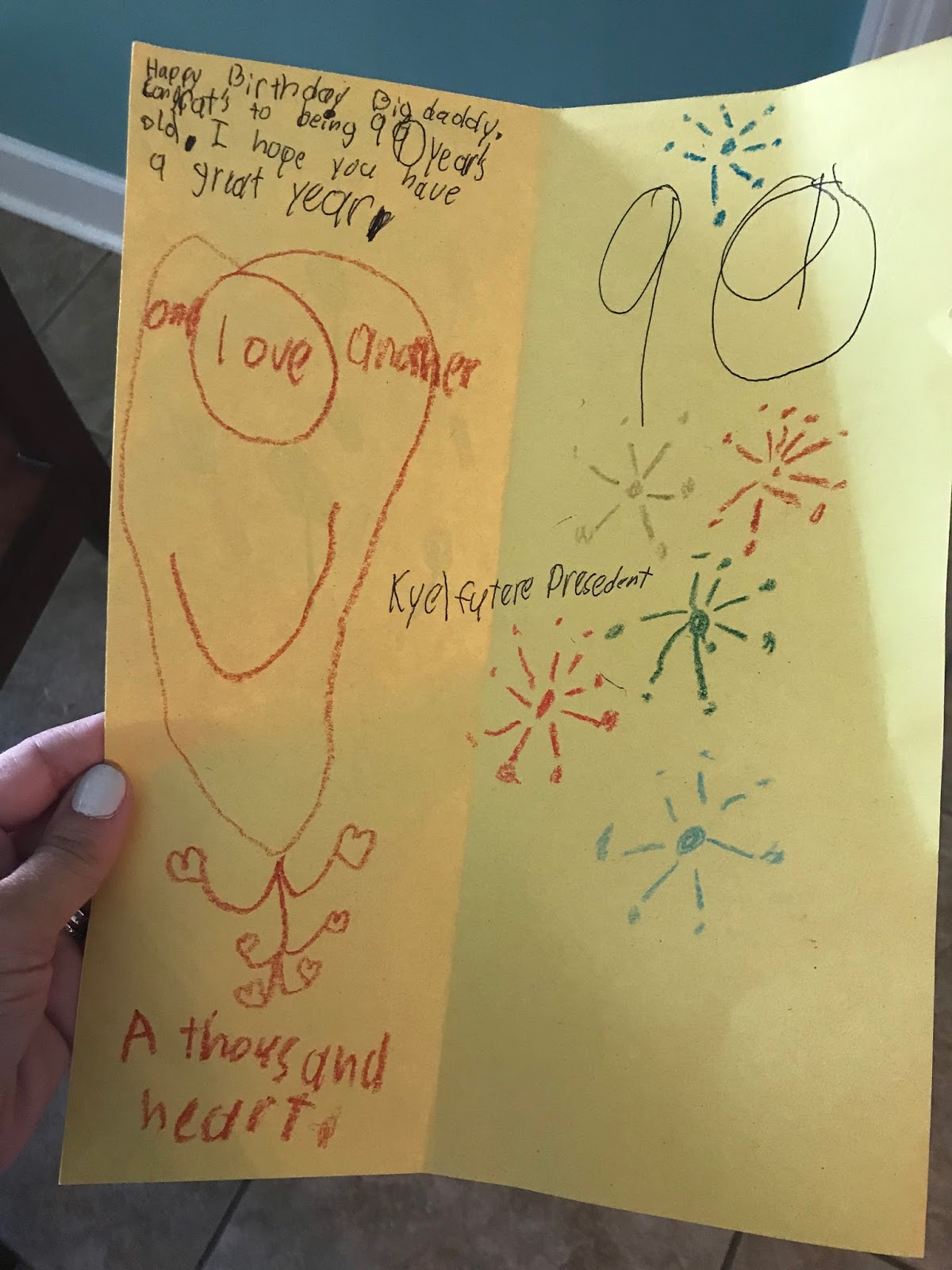 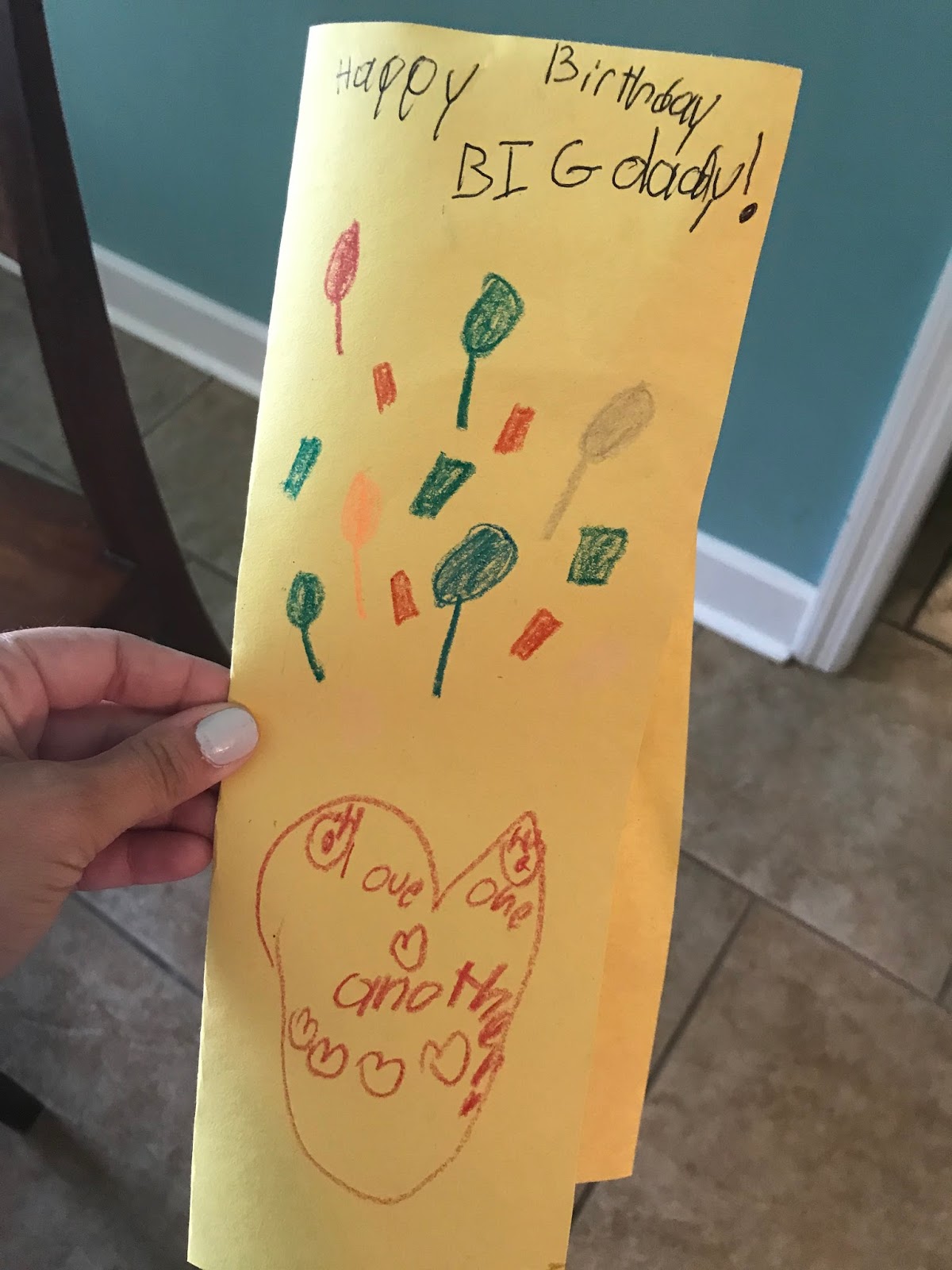 We went through a lull there for awhile on losing teeth. I think this is his 5th tooth lost? It’s hard to keep track ha! 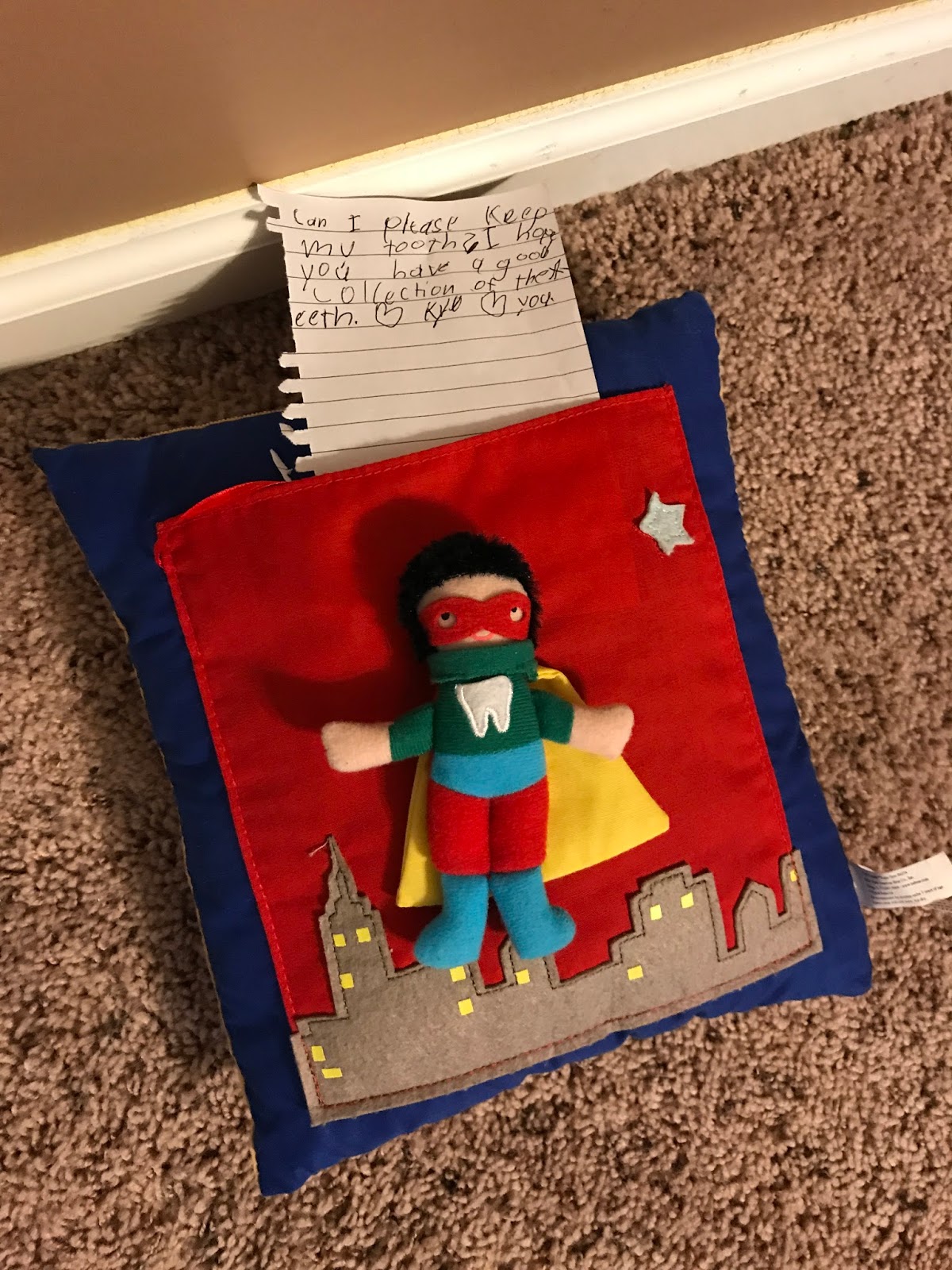 Kye really doesn’t have a lot of “guy friends” and I’m so thankful Eli is our new neighbor! Even though there is a pretty decent age difference they get along SO GREAT and Kye truly thinks Eli is really cool and they always have such fun! 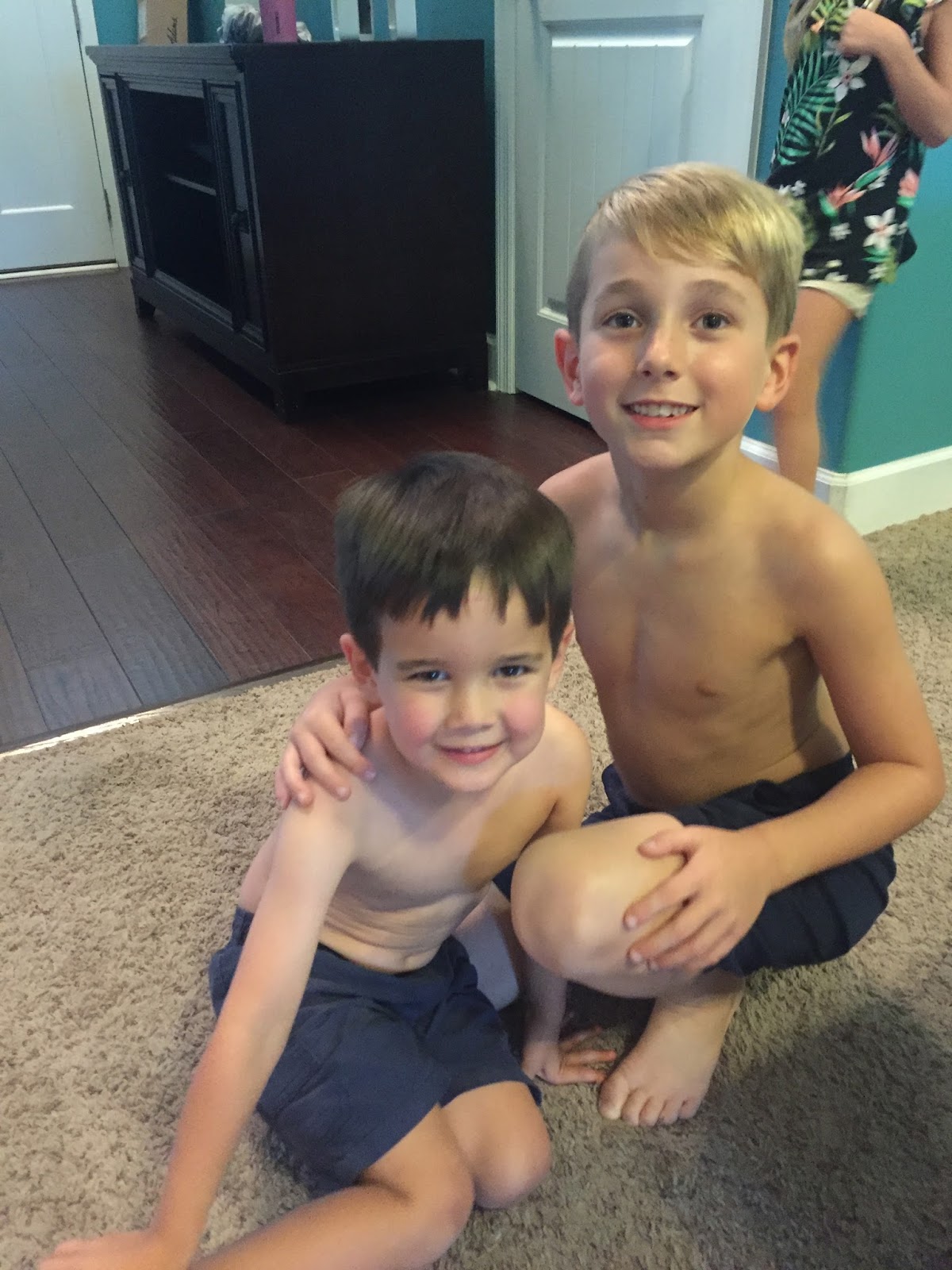 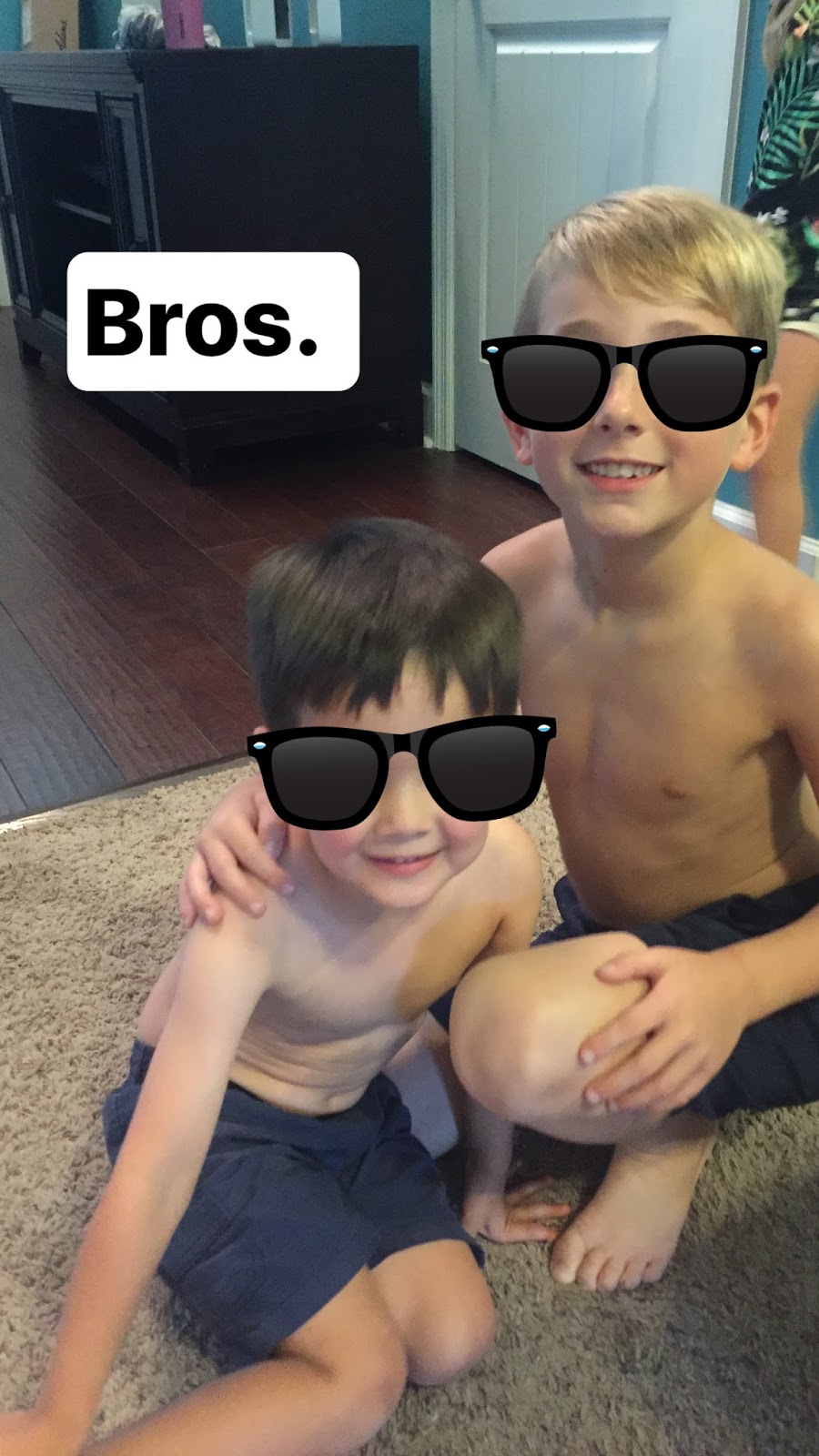 I soak up any quality Kye time I can get! We had to run to Zach’s office to scan a document and I feel so sketchy going places solo so Kye tagged along and protected me 😉 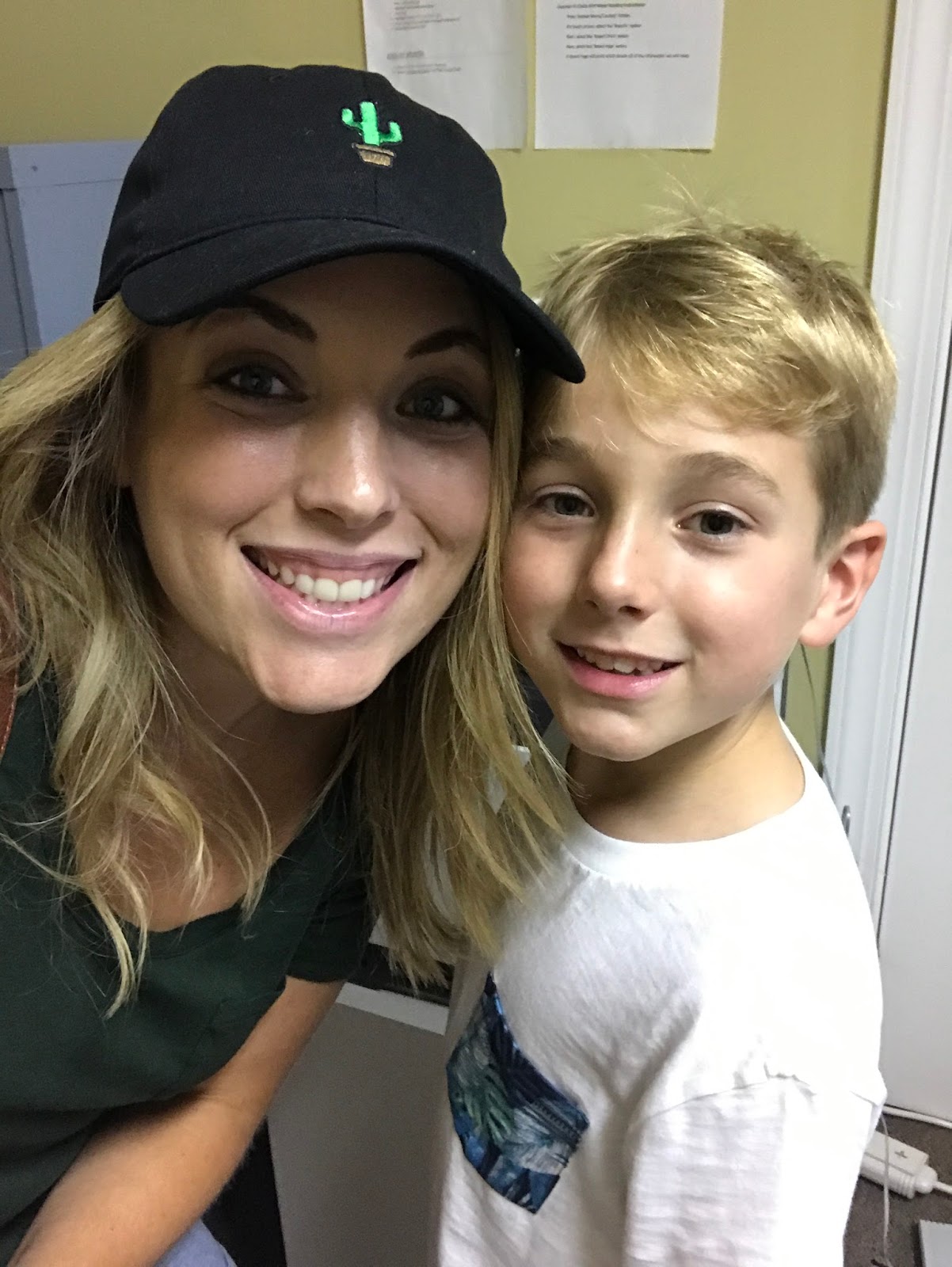 Working on the Weekend 😉 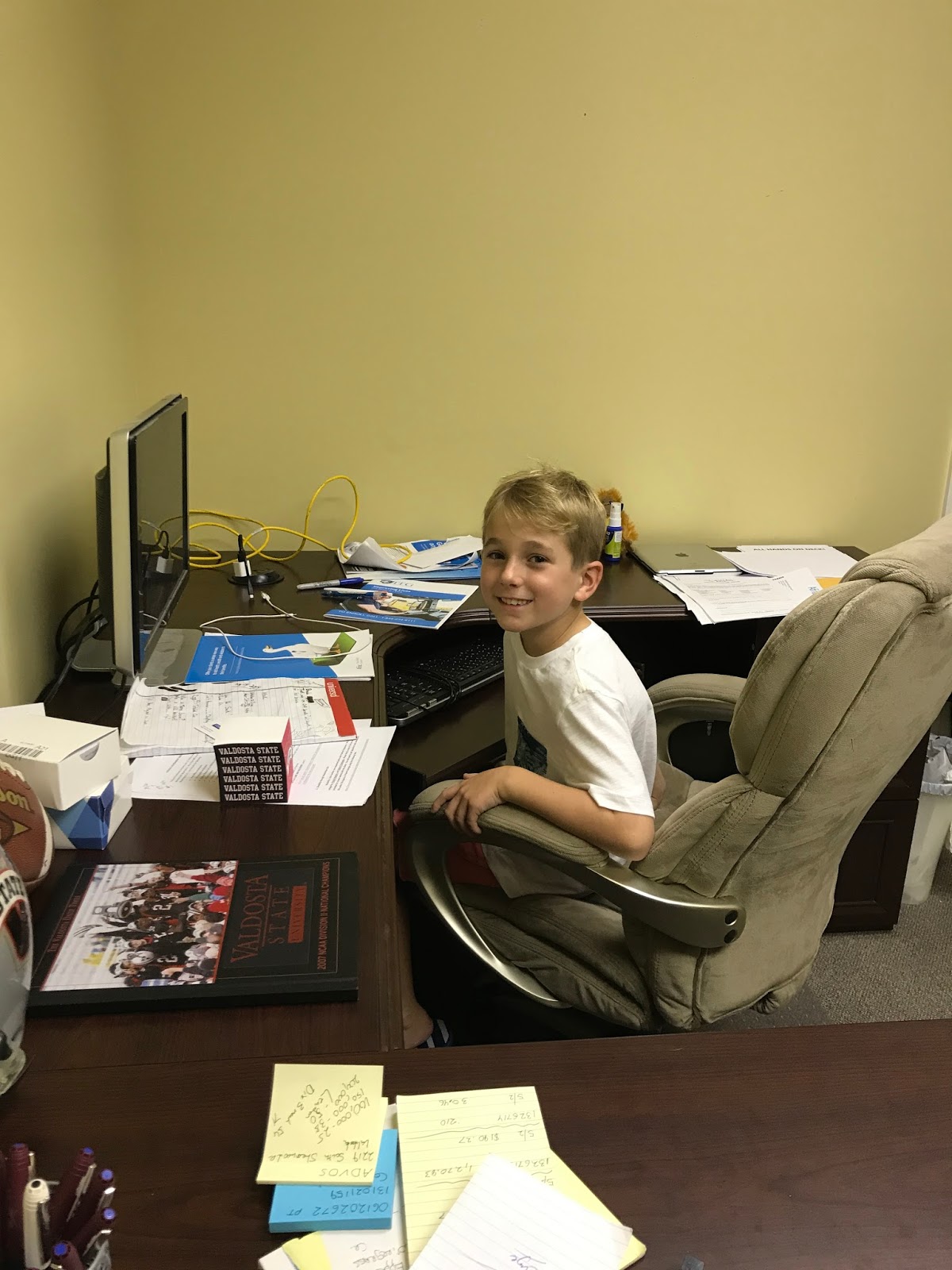 Kye is just so thoughtful and has such genuine JOY when doing for others!!! 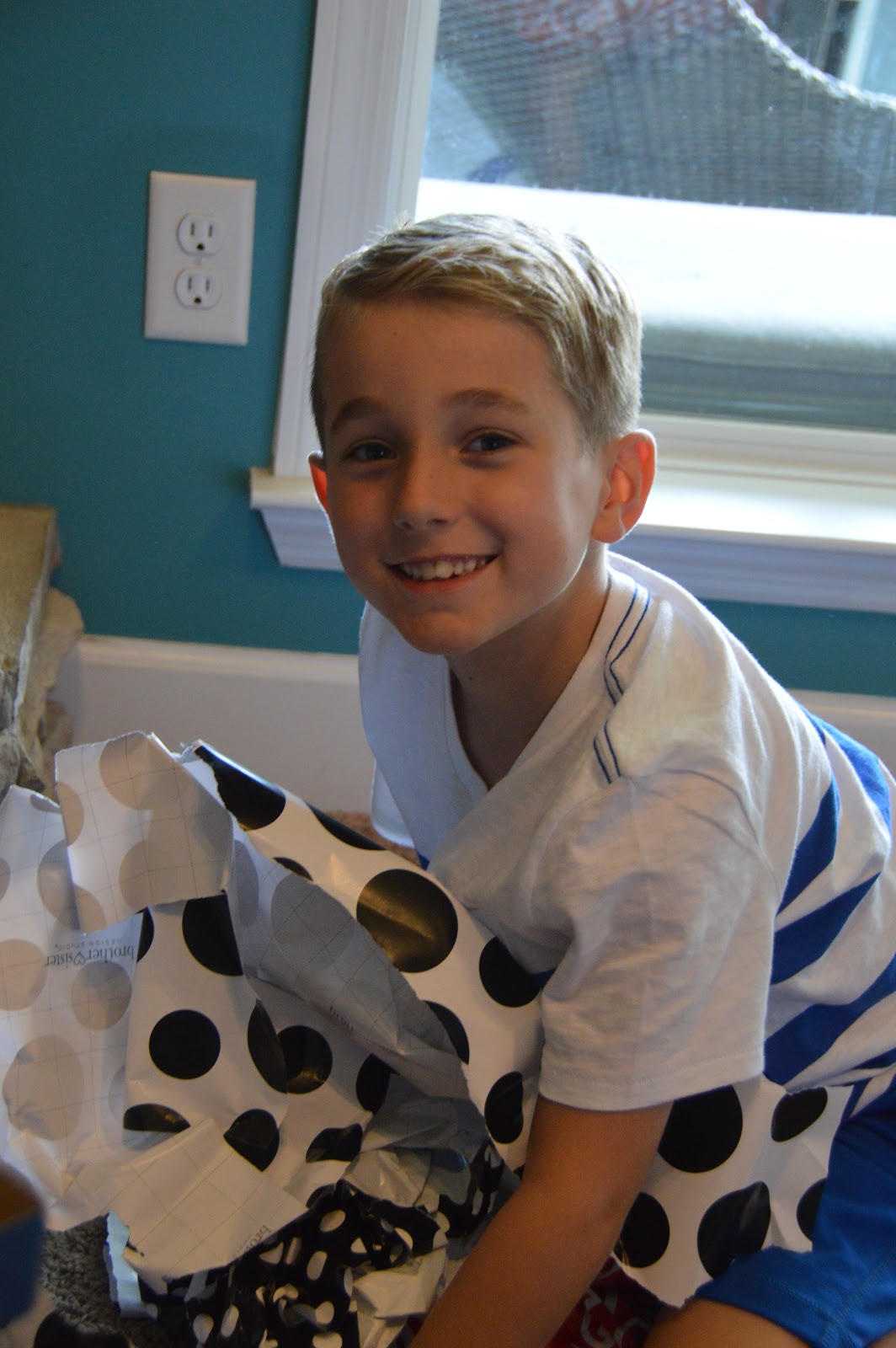 He’s also a collector of things. Anyone else’s kid keep EVERYTHING and put it on display in their bedrooms??? I think he’s gonna be like Grandpa with his collecting when he’s older 😉 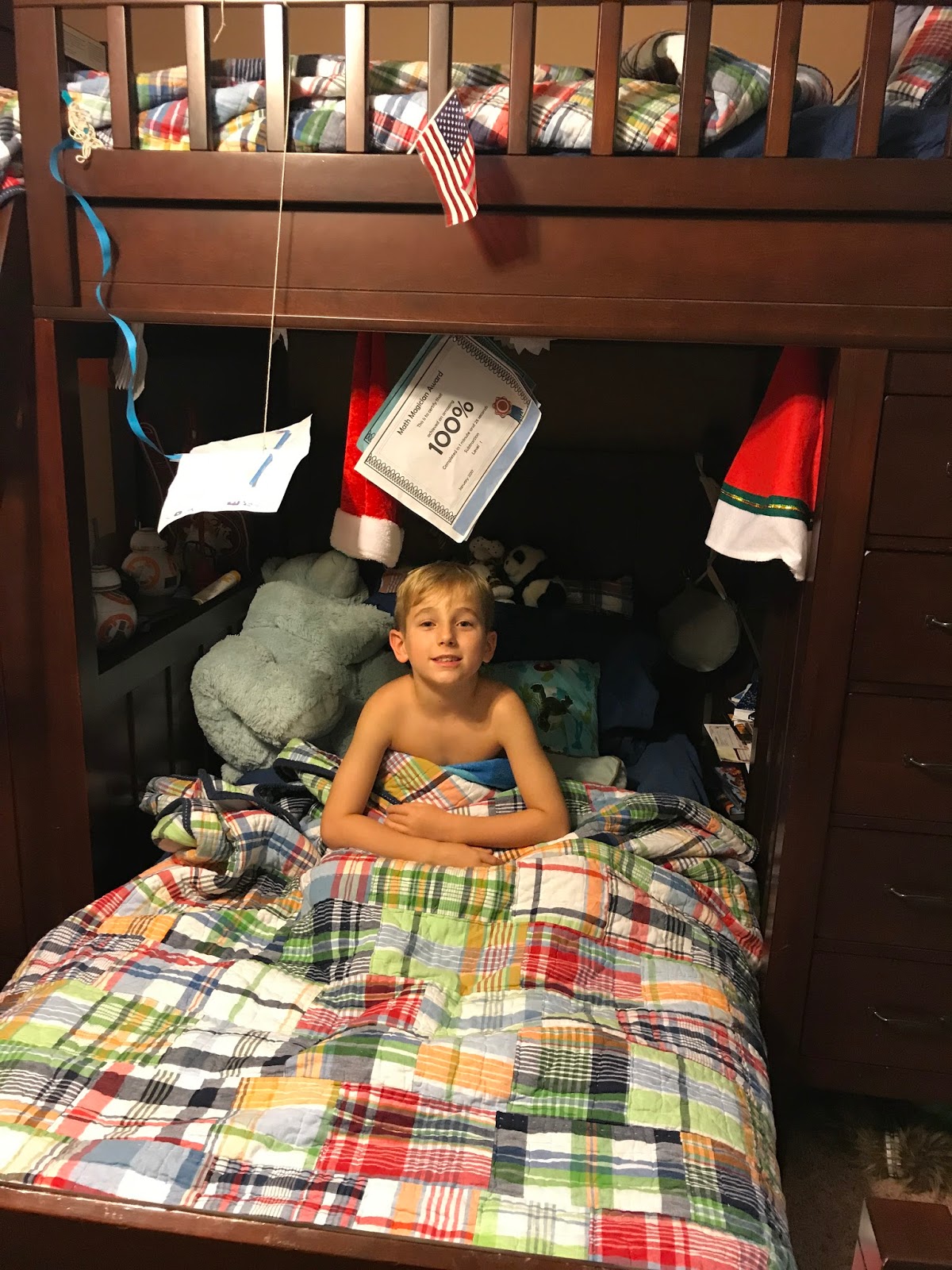 After school the older kids have been reciting Bible Verses as a way to “earn” their snack 😉 It’s been a great incentive and gives them something to do on the bus to stay out of any trouble! Here is Kye reciting ALL of the judges from the Bible!

This handsome boy makes me proud every day! I’m so thankful and blessed to be his mama 🙂 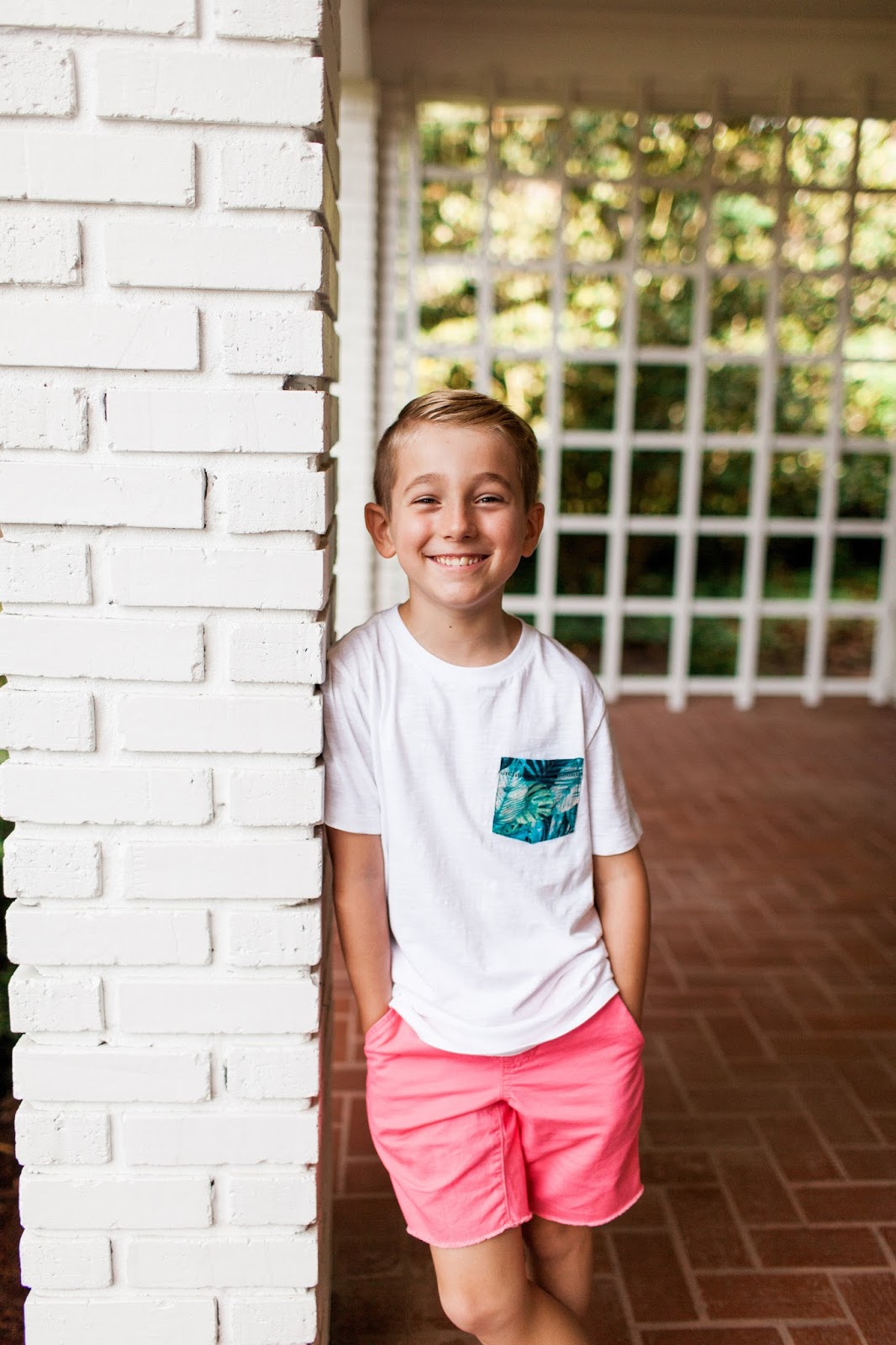