Can I just be brutally real and honest for a second? It has sucked, sucked, sucked not having any of my family in my life anymore. And I know “suck” isn’t a nice word. I know I should probably rephrase it to sound nicer and that one day my kids will read this and be like “dang mom, you said sucked” but there is no better word to describe it. It SUCKS. Not only is it tough not having my mom. But not having my brother? My cousins? It’s been super, super sucky.

When I wrote the blog post letter to my mom I didn’t really give any thought to anyone else but her reading it. It was to her. For her. That’s it. Once I hit “publish post” I got worried. I mean I’ve had some HARSH comments on some posts in the past. And usually it’s the posts that I don’t even think will be controversial then end up causing the controversy. But that letter? It could have gone a million different ways. I mean so few people know ANYTHING about what has been going on and a lot of people read the letter so I just didn’t know how it would sit with people. Strangers. Blog friends. Real friends. Family.

Almost as soon as I posted it, I found out what that response would be. And you know what? That response blew me away. It was LOVE. From those strangers. From those blog friends. From my real friends. And from family. Maybe not the family who the letter was directed to, but family none-the-less. My niece, Julia, lives only about 45 min away from us. Her dad is my half brother but we are very far apart in age (like over 10 years) and never really spent a whole lot of time together throughout my childhood. I adore Julia and Anne (his daughters!) and am so proud of them in their Christian walks. I love connecting with them on Facebook and through them also knowing Ryan (and Joy, his wife, too) better and growing in that connection in our adult lives.

Right when I posted that letter, Julia sent me a text. It was simple but meant the world to me. She simply said she was coming to visit us. She didn’t really ask. Didn’t really give the option for me to back out. She said she was coming! And her being so strong and convicted in that choice made me feel so loved and so valued by someone in my family. Not one person on my mom’s side has reached out in a positive way. And really I haven’t even talked to my dad in ages. But Julia? My niece? The one who I rarely get to see? The one who is still in high school? Well she stepped up. She let me know she loves me. And supports me and has my back when it feels like no other family does. That one act will FOREVER mean something to me. And it brings tears to my eyes even now, almost two months later.

Julia drove up one morning and we spent the day together! Even more than my appreciation of her spending quality time with me, I am so, so thankful for the time she spent with my kids. My kids are showered with love and affection from Zach’s family but I want them to know that I have a family too. That maybe some of their traits come from my blood and that they aren’t 100% Parker. Talking with Julia and visiting with her for the day showed me so many traits we do have in common and I love that link that binds us together (even if it is our big headedness and our terrible vision haha).

When she arrived the kids were SO excited! On top of just coming to visit, she also brought gifts which totally spoiled them 🙂 For Britt she got a cute book about family even with a picture of the four of us in the back of it! And for Kye her mama made him an adorable Toy Story pillow that has now become his must-have sleep pillow for nights and bedtime 🙂 So, so thoughtful!

Our first stop was to our local library for story time! If you live local the library has a story time for kids under 2 every Monday at 10:30 and for kids ages 2-4 its on Tuesdays! It’s at the library off Ashley Street 🙂 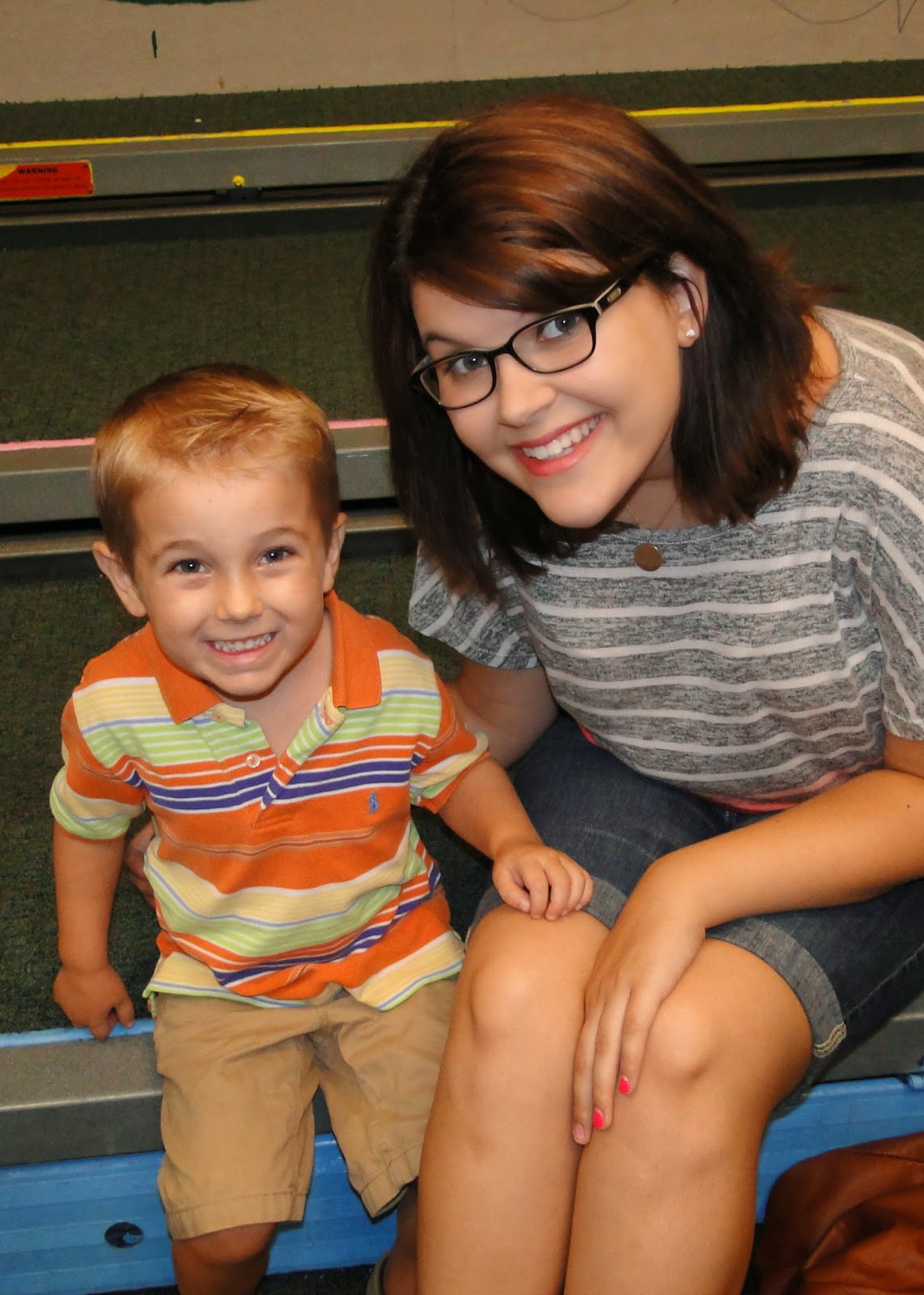 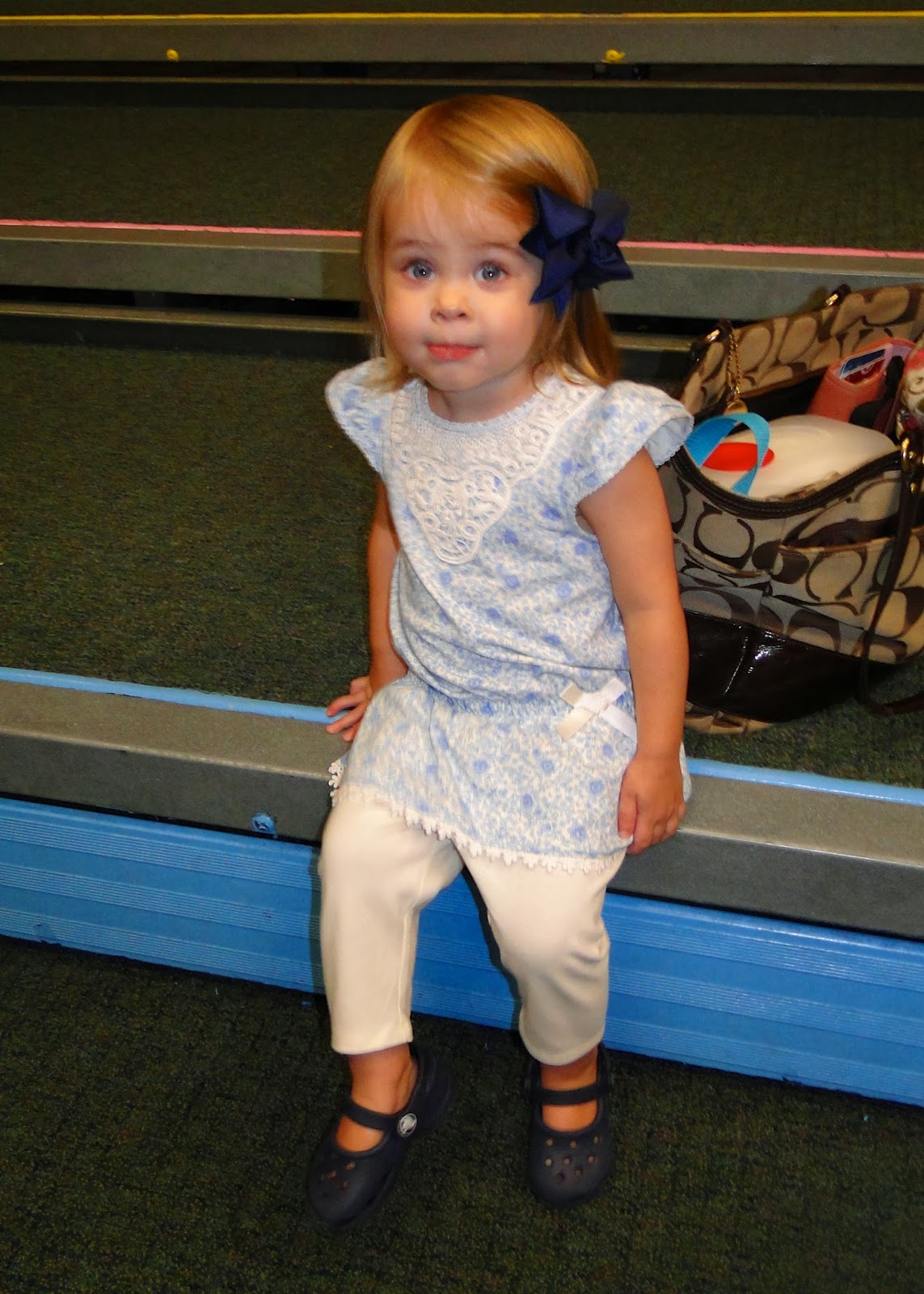 She’s not able to sit still for long 🙂 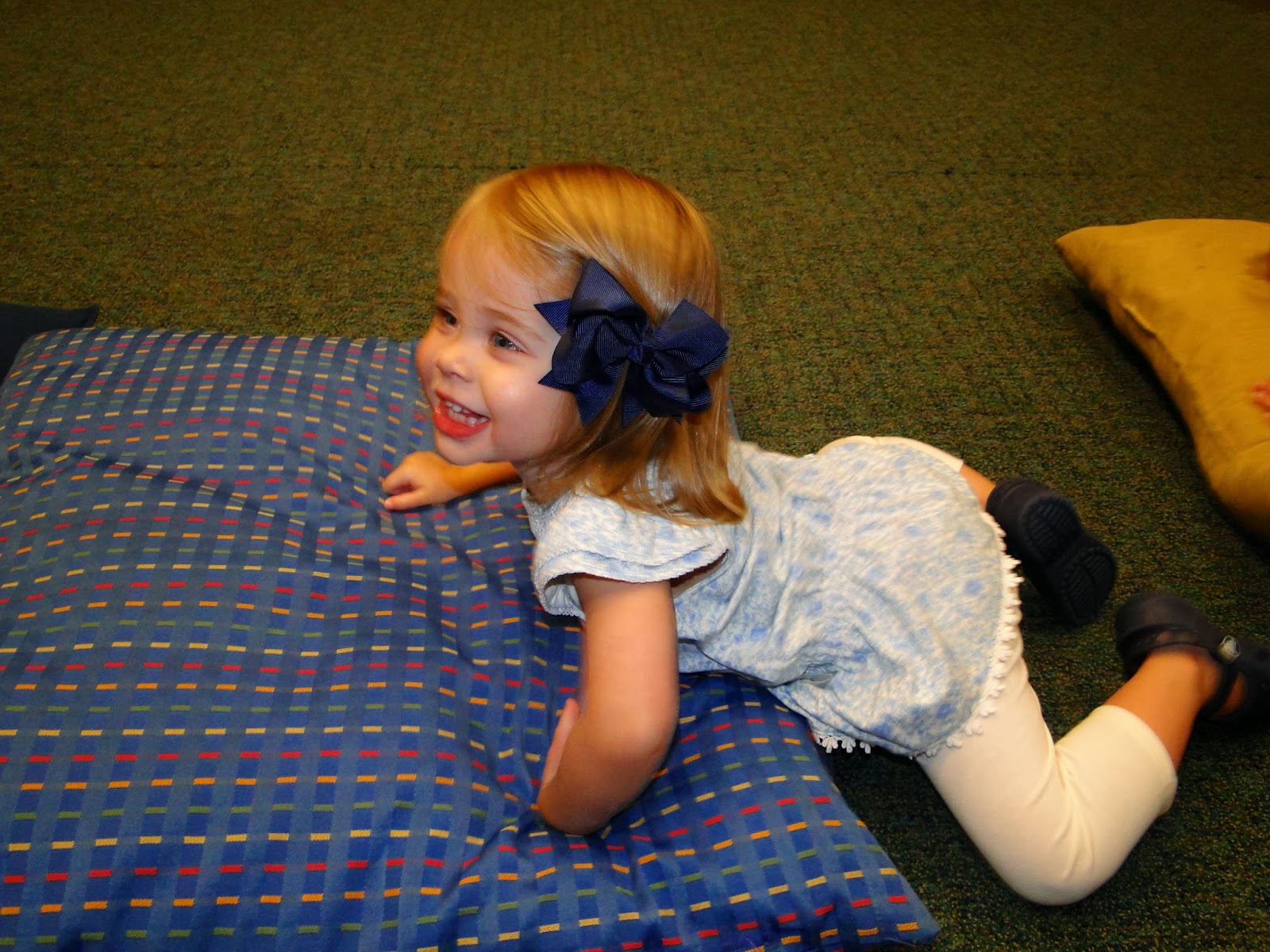 But this kid? You KNOW he sat like this the ENTIRE time! 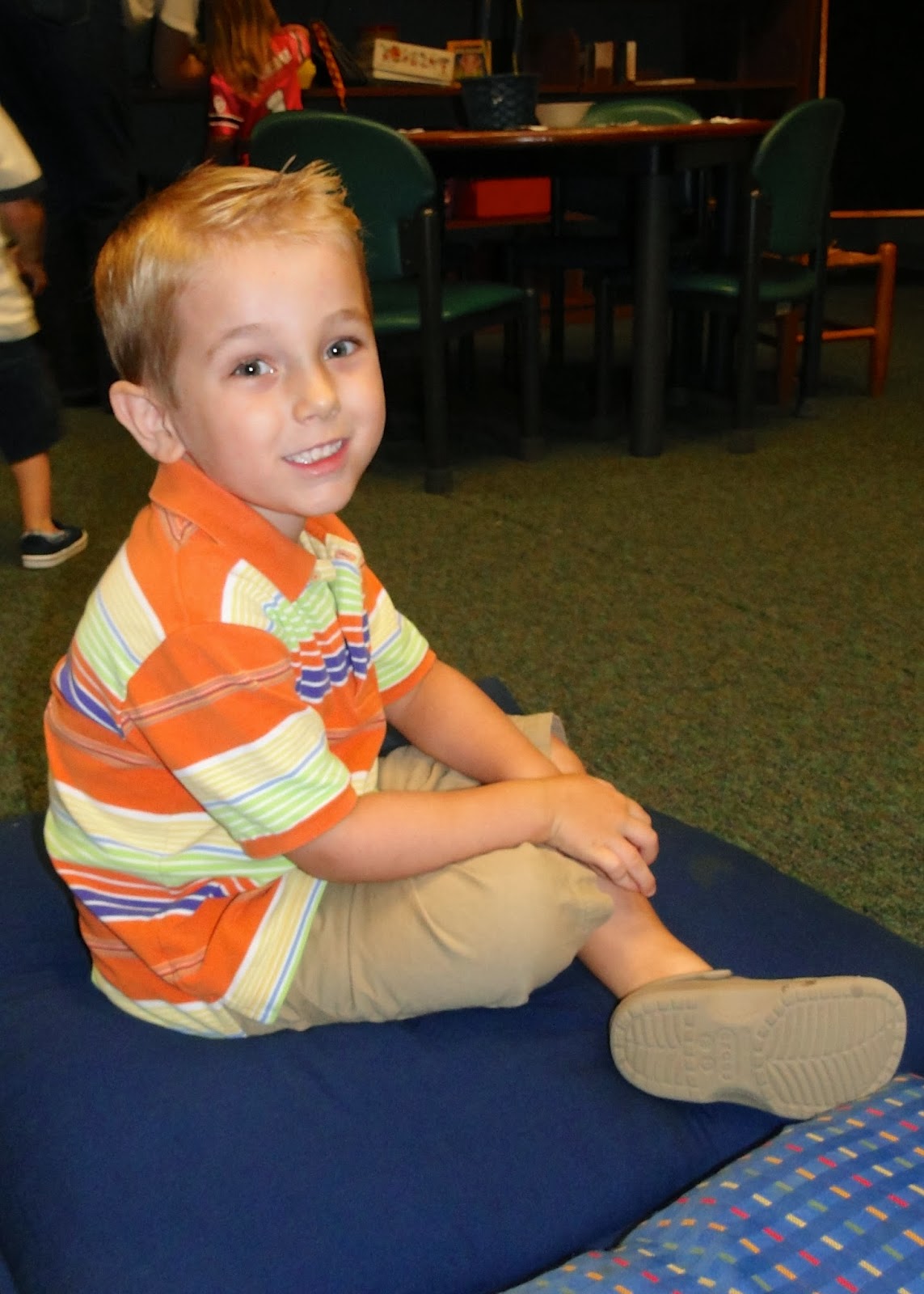 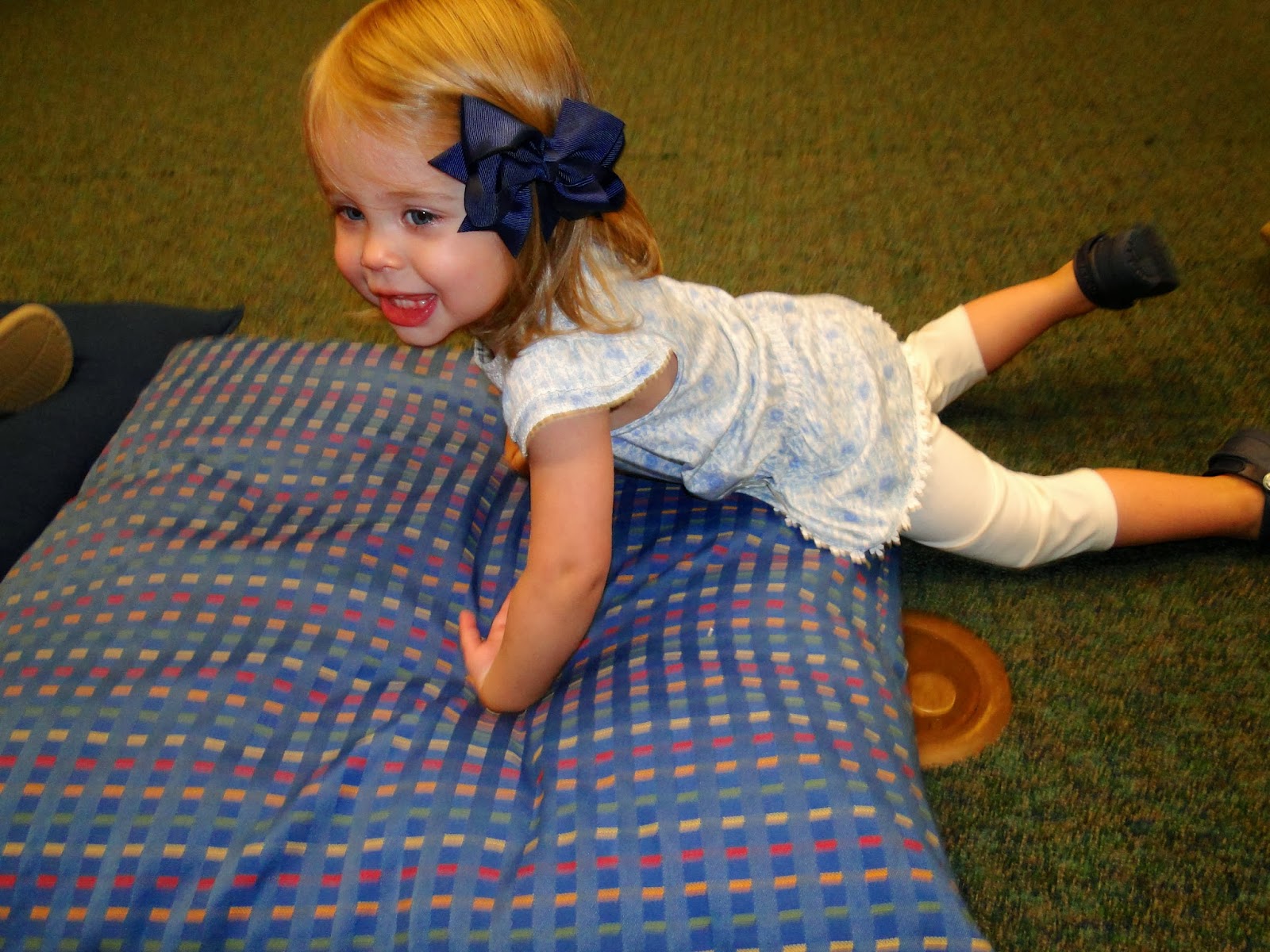 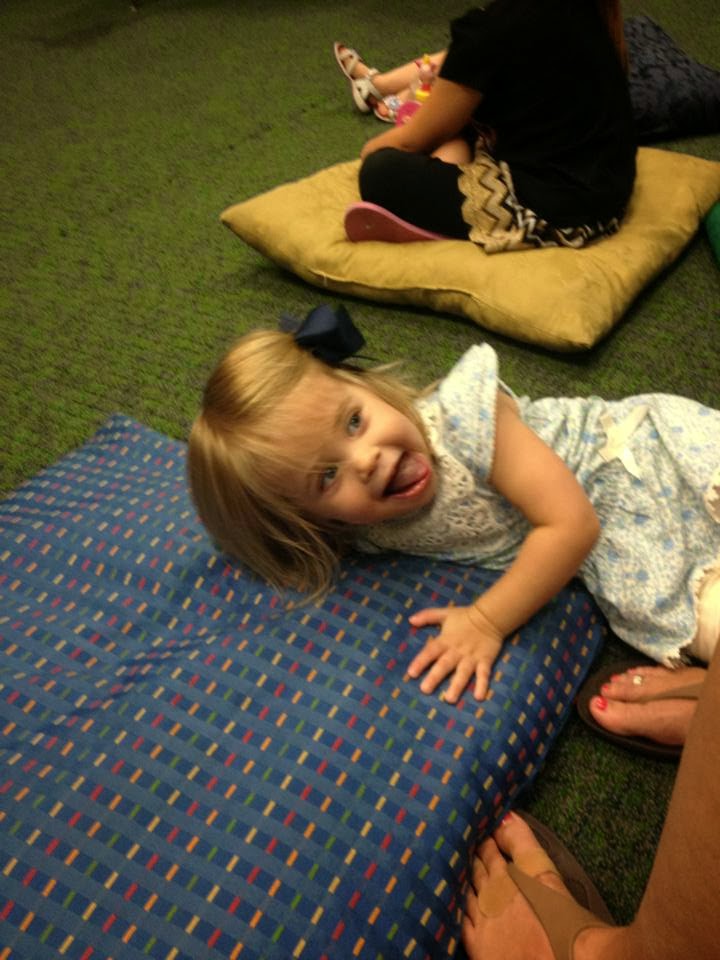 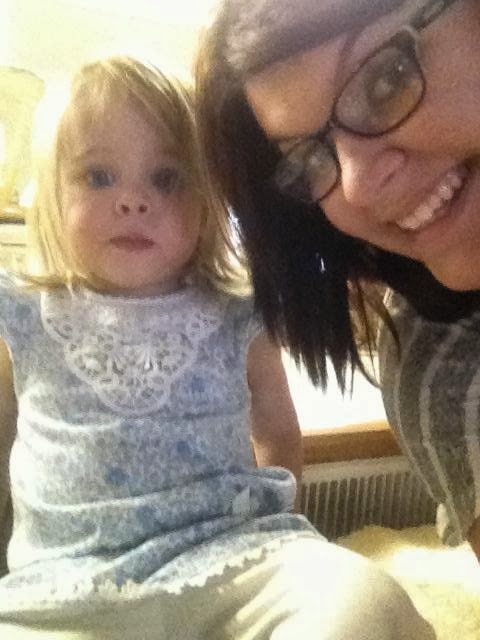 The story time is about 30 minutes long and it’s all based off a theme. That day it was about mice so we read three stories that included mice in them. They break it up with a lot of action stuff like singing and dancing which was great for Britt to get out that energy! Then they do a craft at the end that ties in the theme. After that it’s free play with toys and such (which we didn’t stay for). The librarian who does it is SUPER nice, although a tad hardcore about her character reading 😉 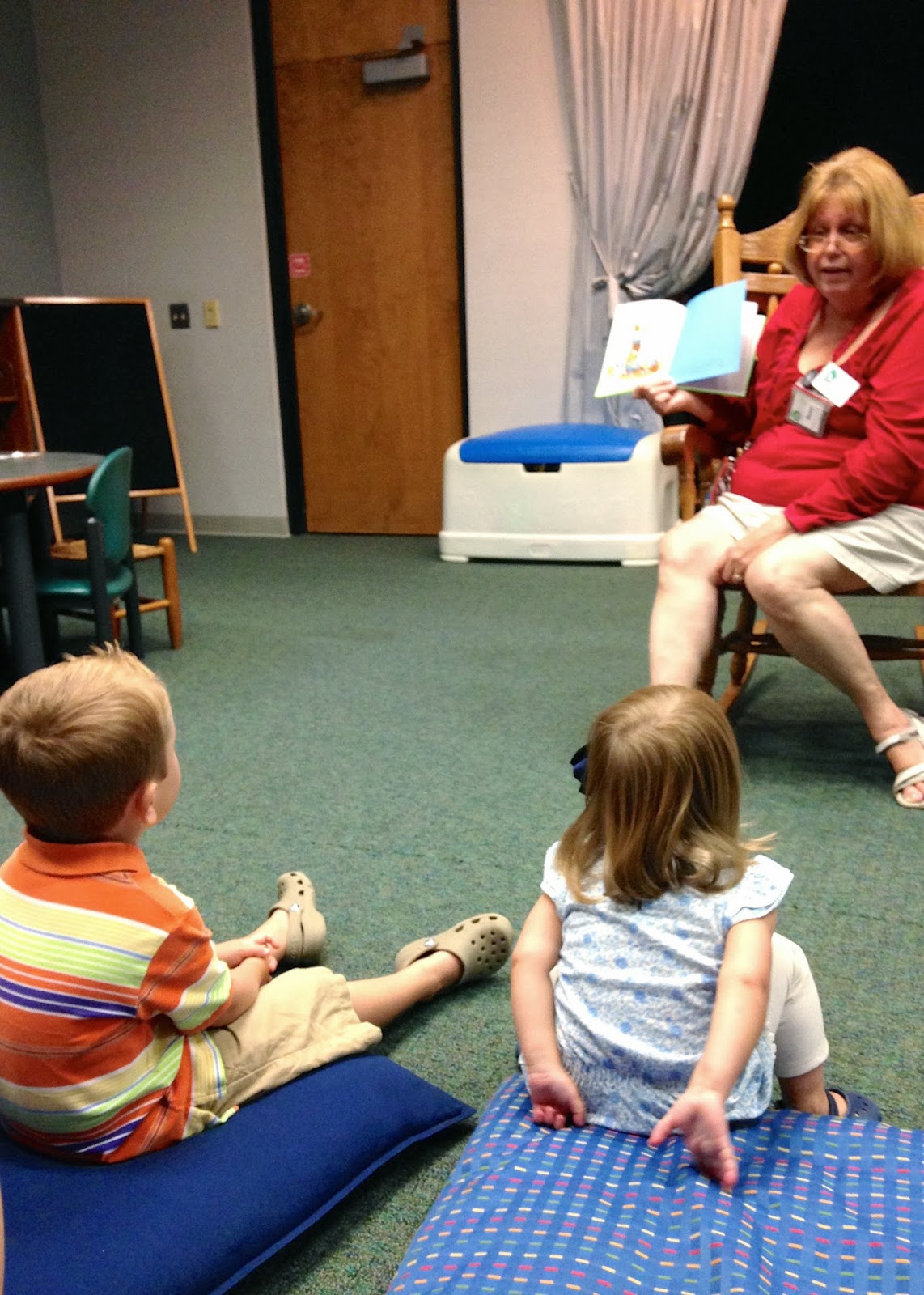 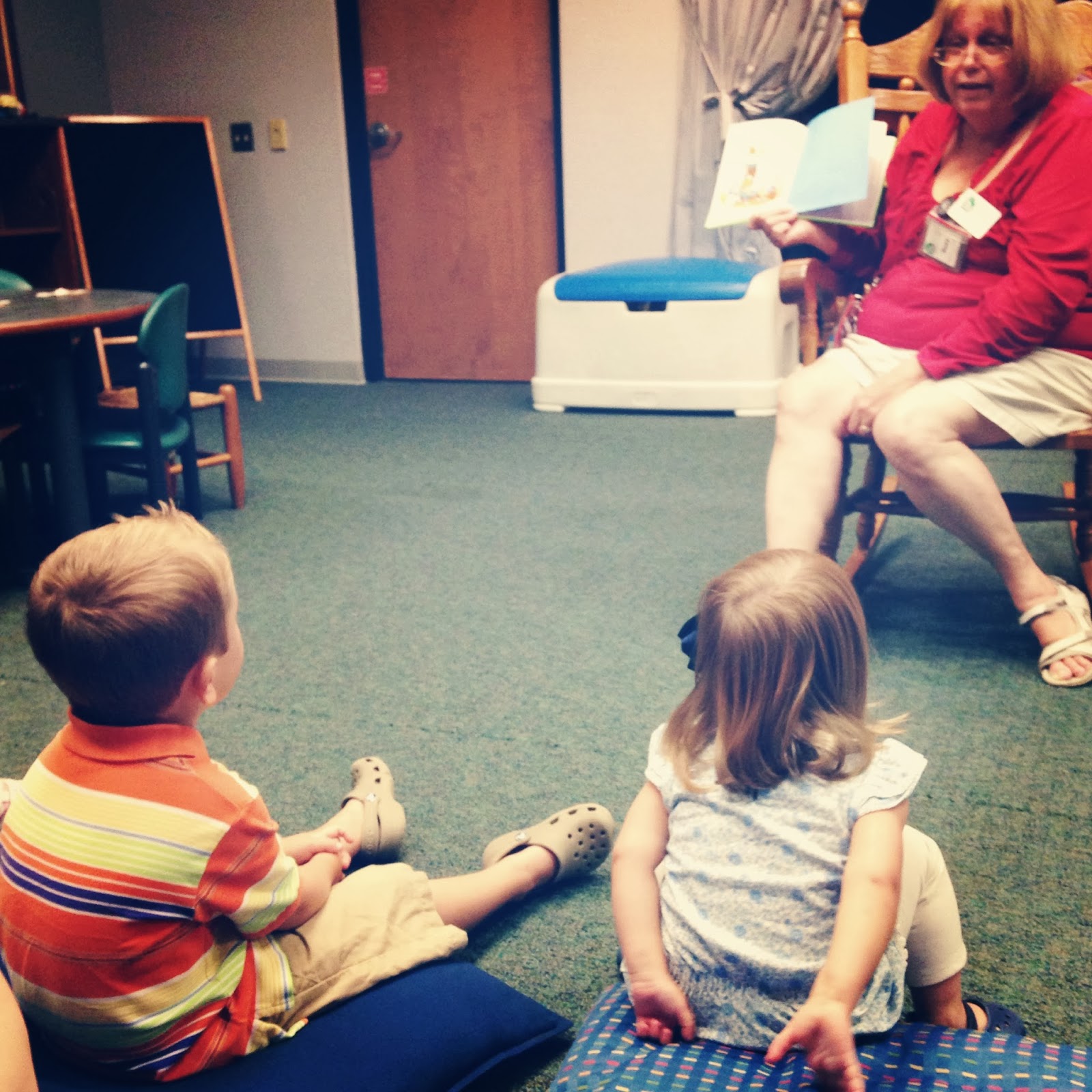 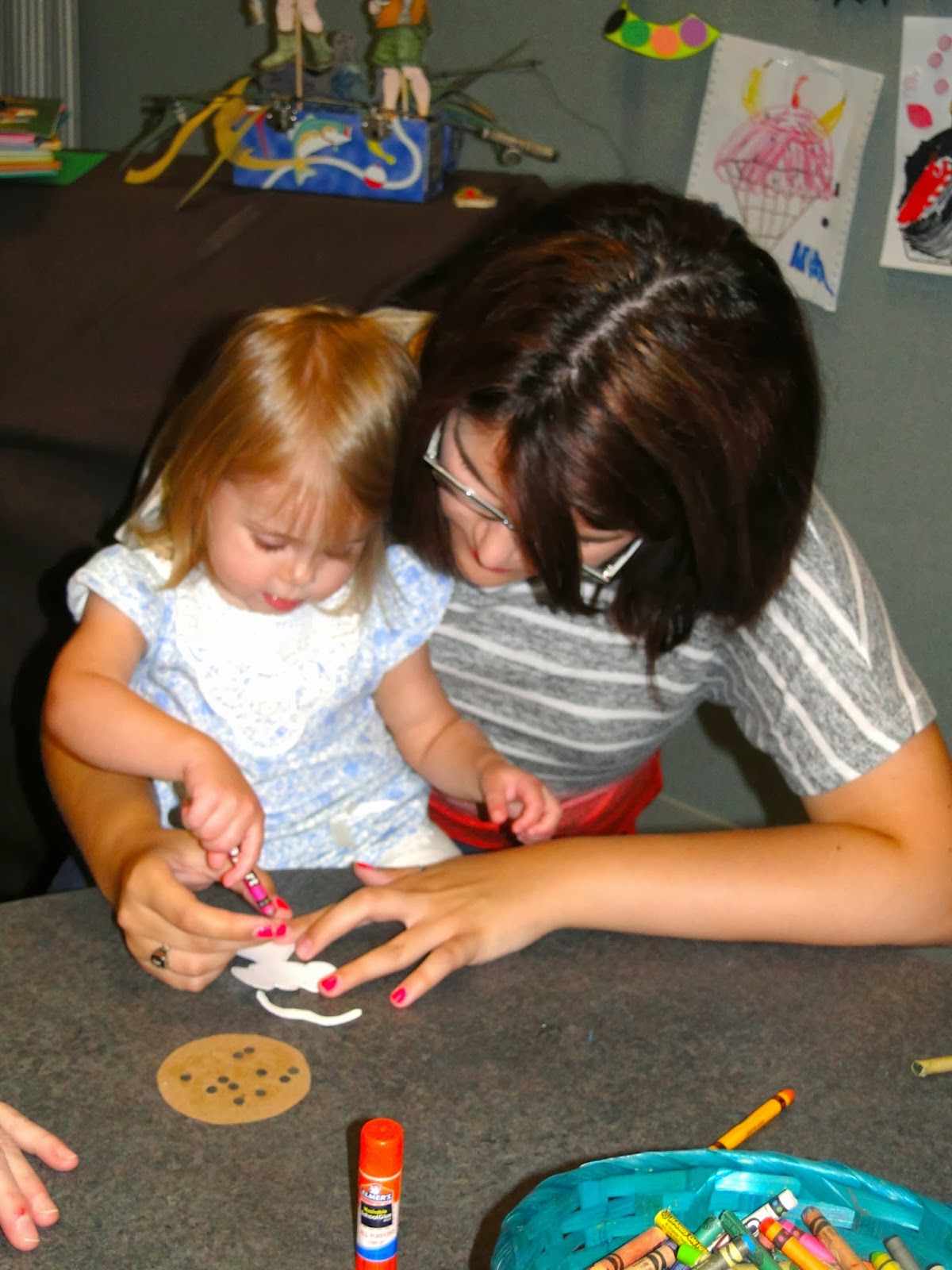 They made little mice with cookies to go along with If You Give a Mouse a Cookie (which happens to be Britt’s absolute favorite book so we lucked out!) 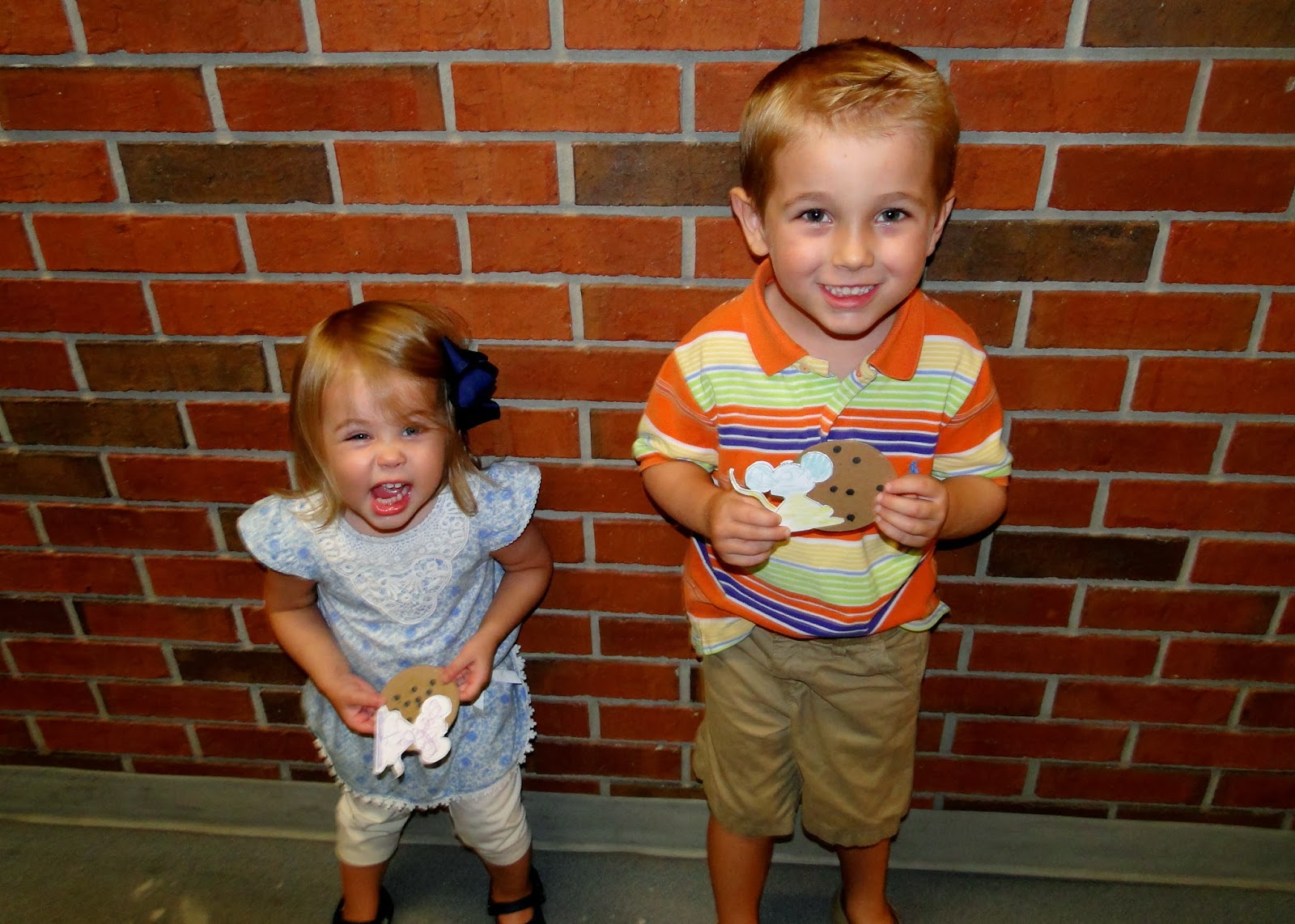 After story time we headed to a local park for lunch but didn’t last very long. It was pretty hot and the kids just kinda got over it quickly so we dipped out and headed to Bruster’s for free ice cream!!! One of these days Kye will start measuring too tall for the free baby cone so I gotta take full advantage while I still can 😉 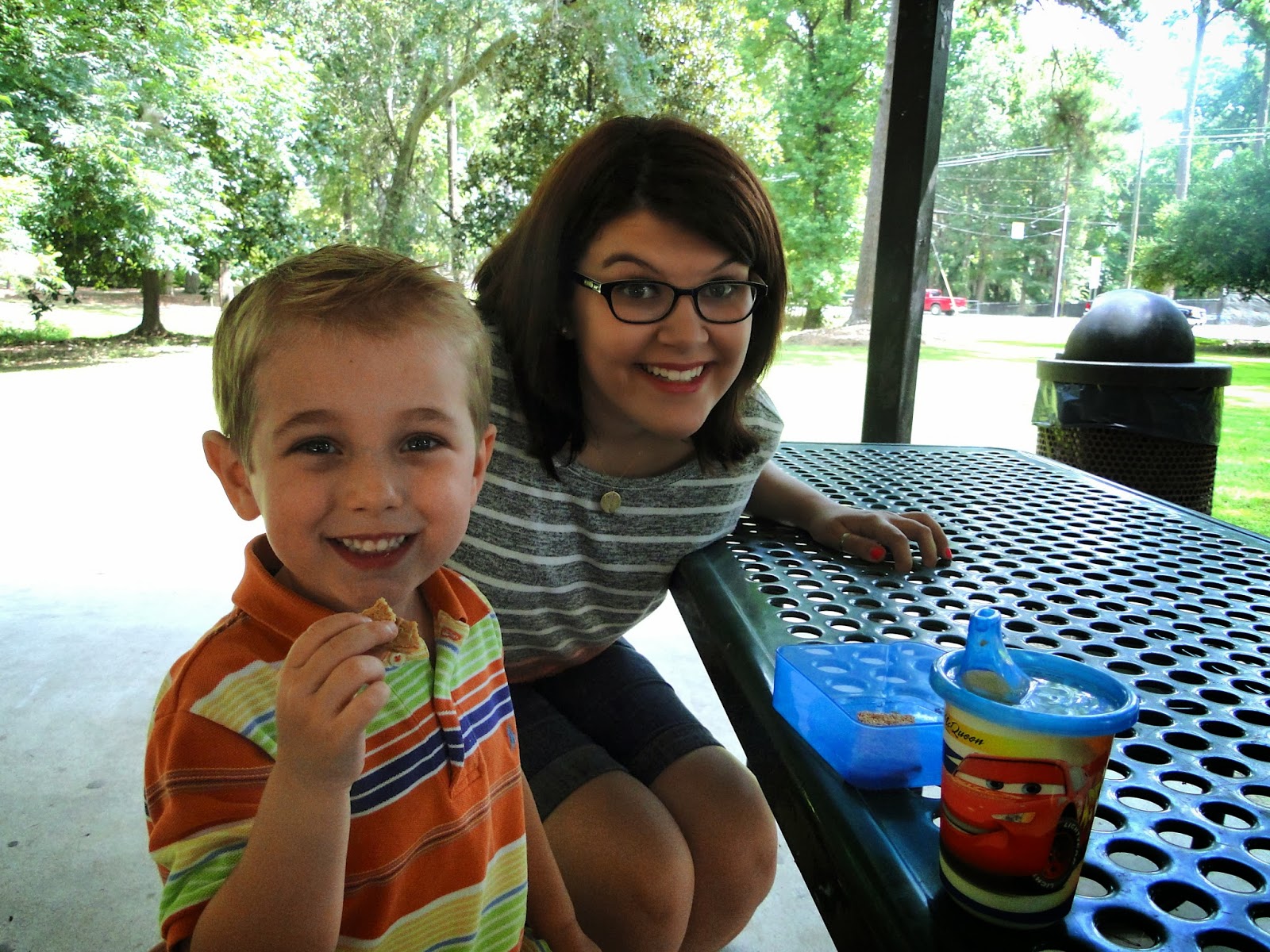 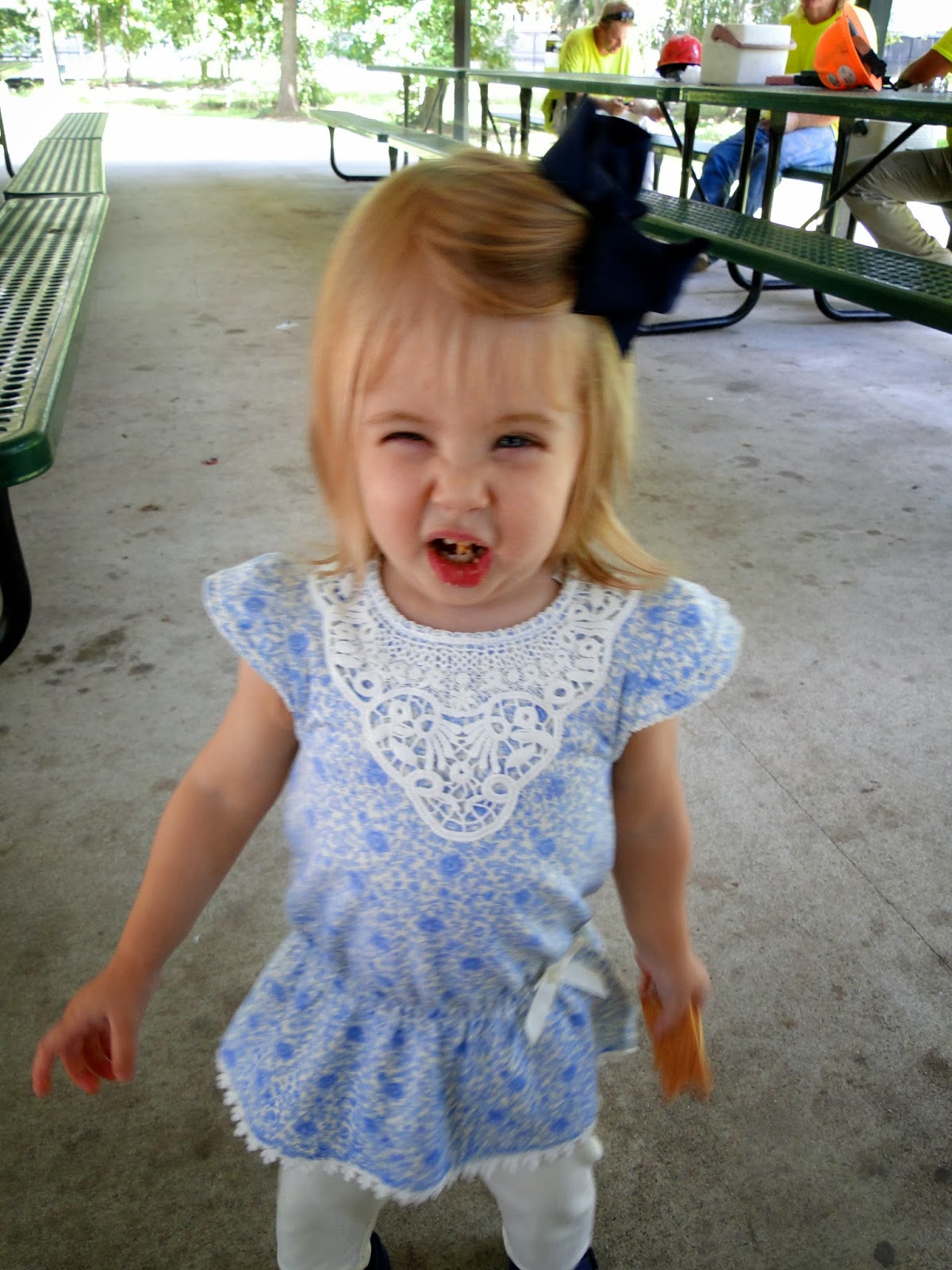 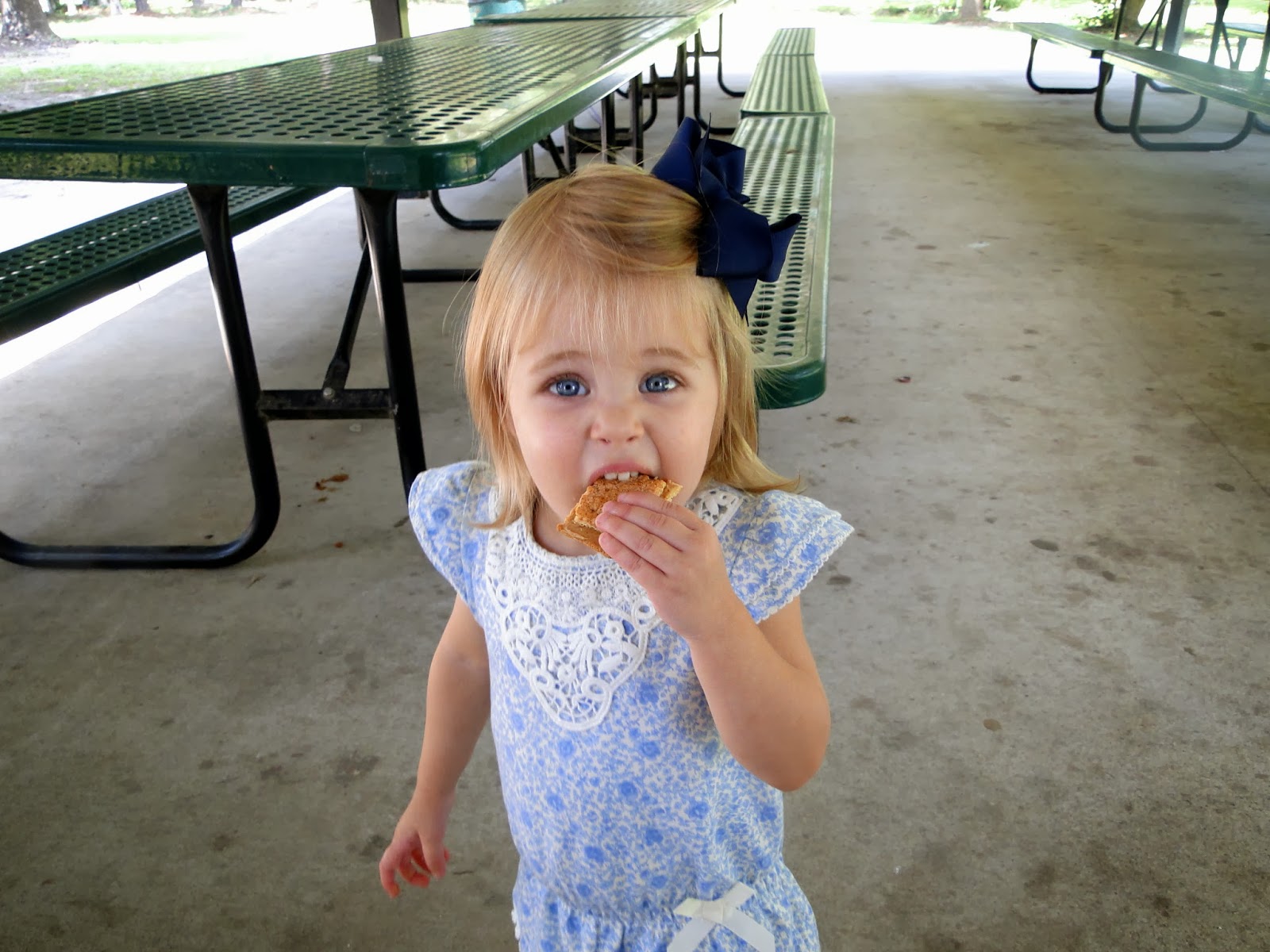 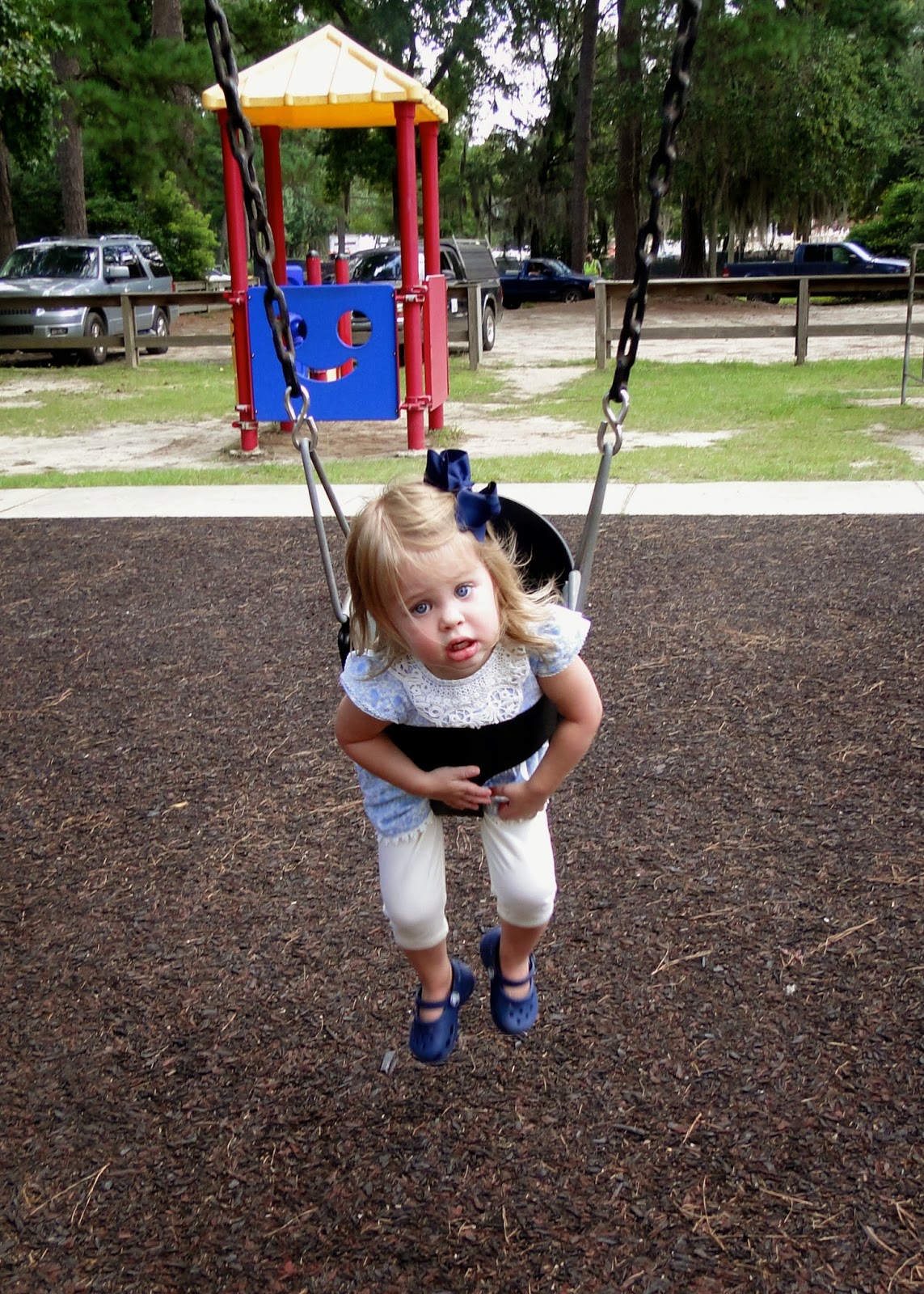 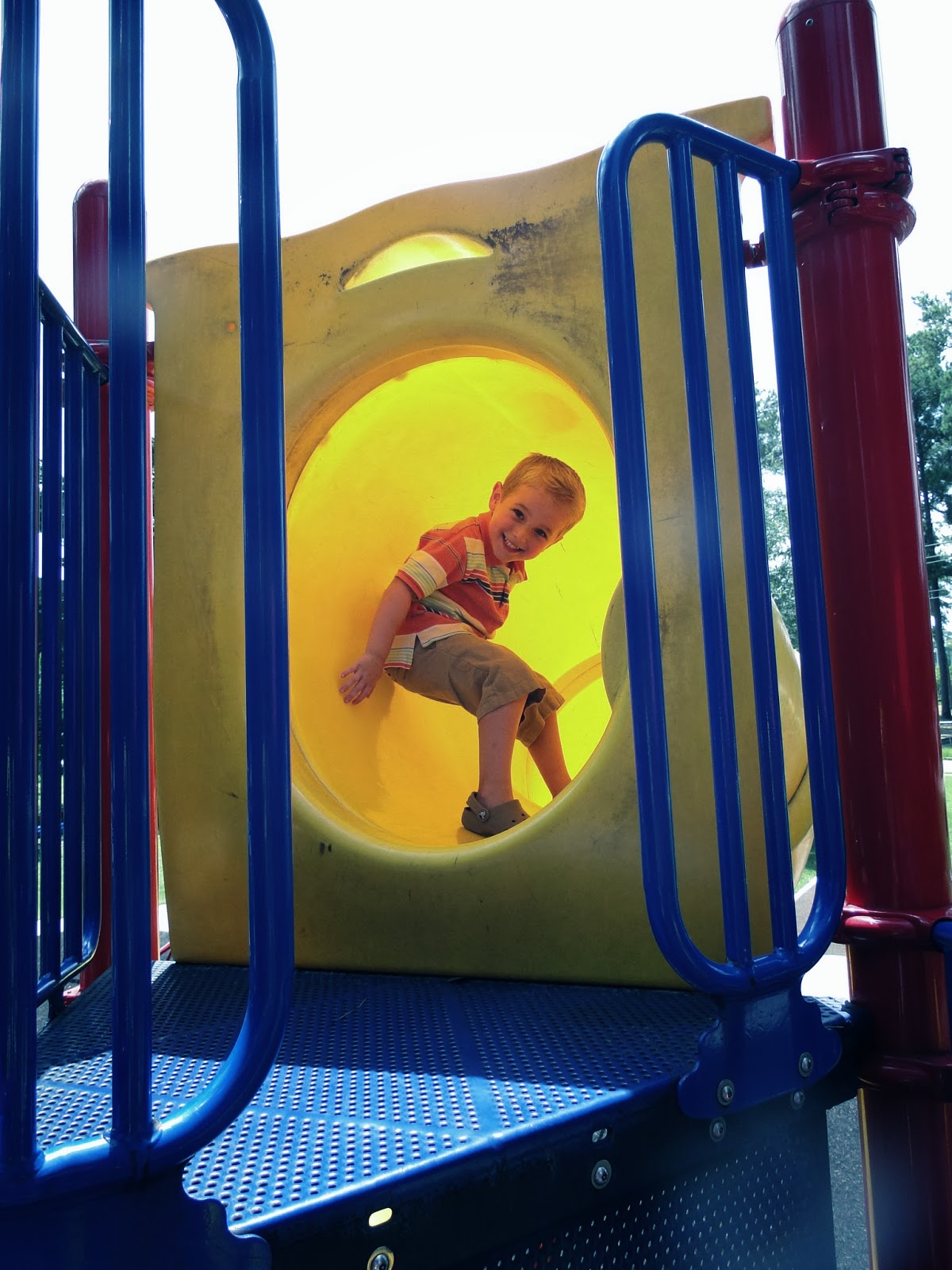 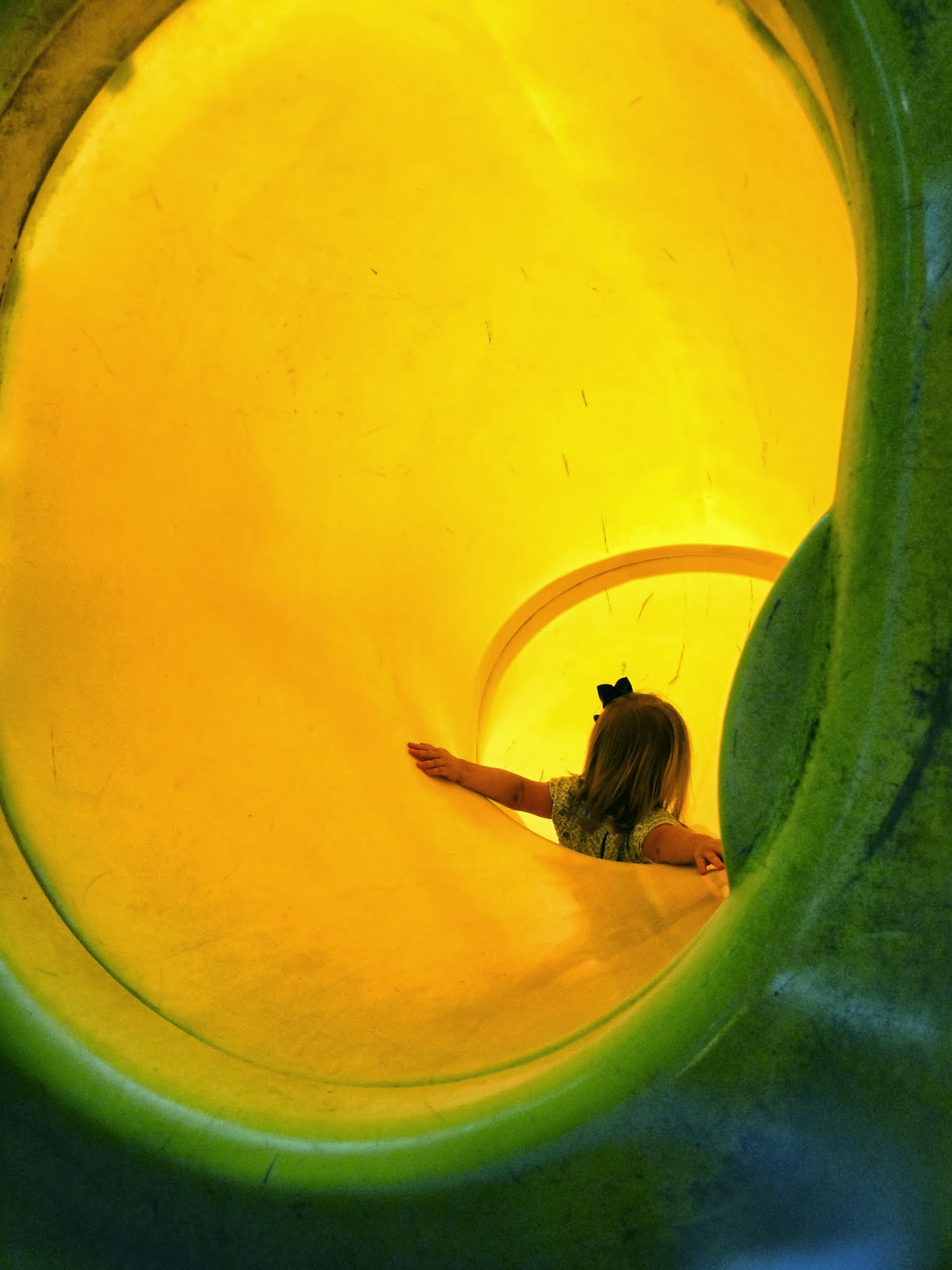 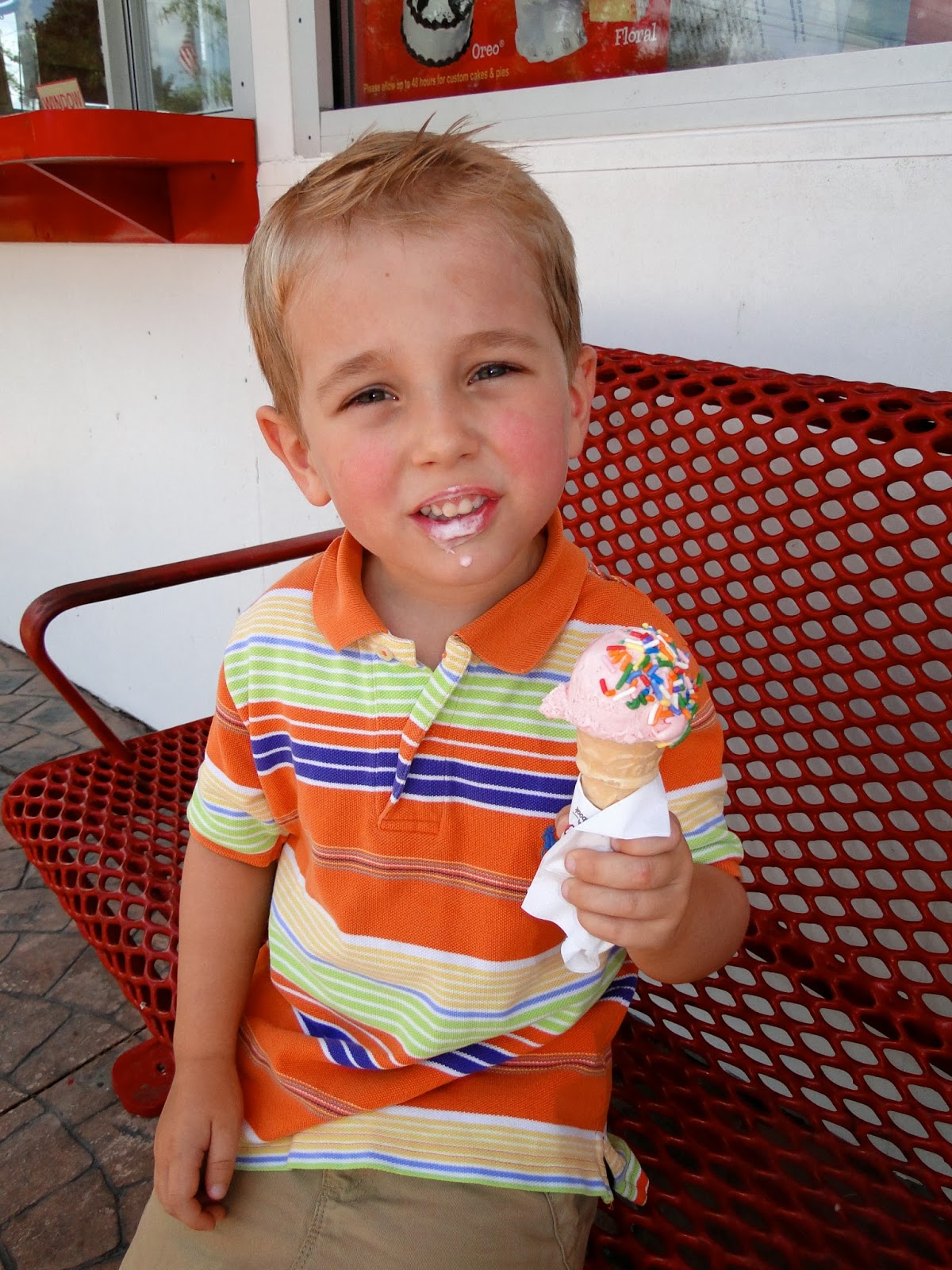 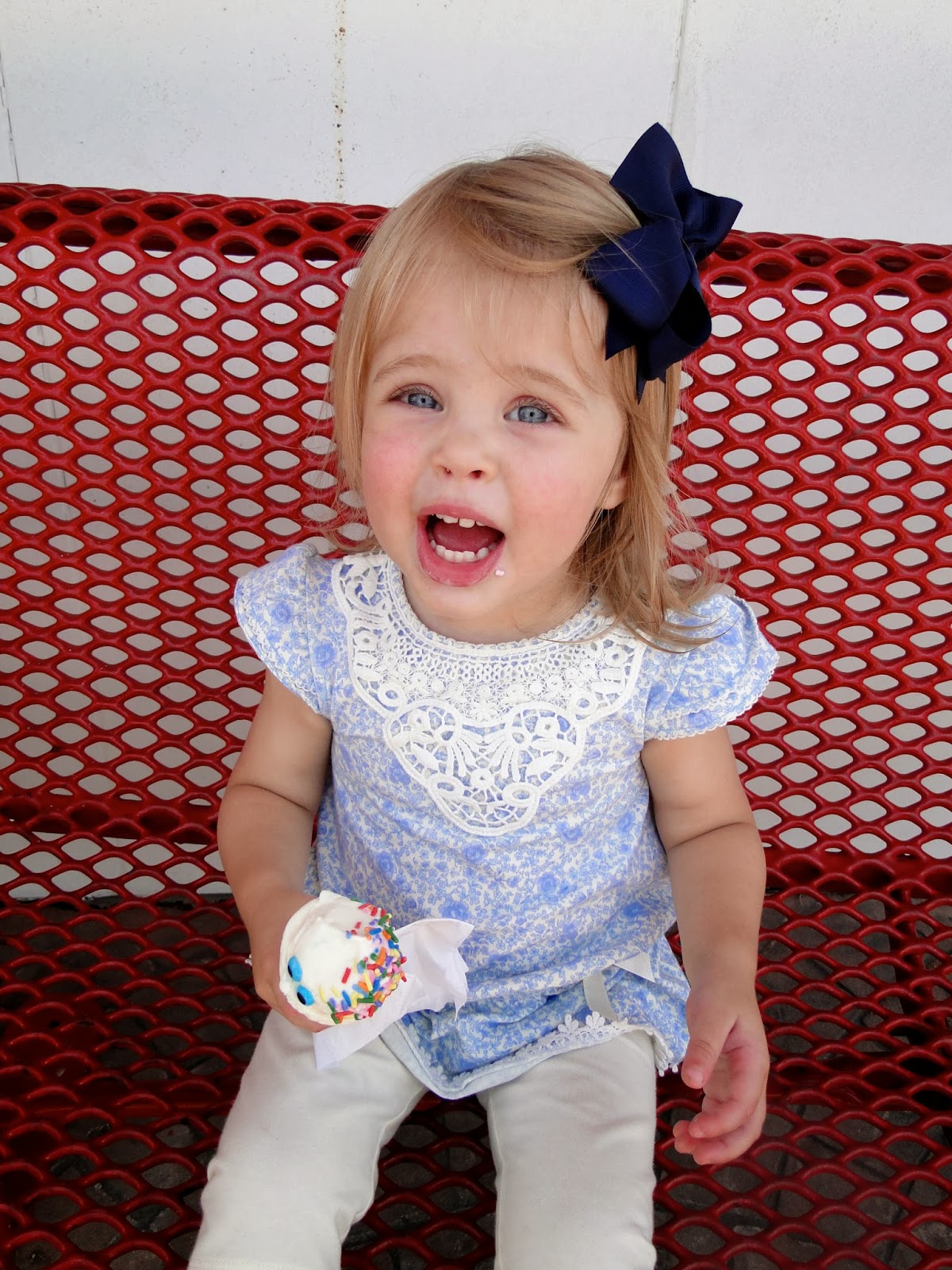 During naps Julia and I visited and caught up and after the kids woke up we all went over to Little Mama and Big Daddy’s house for dinner. It was wonderful to visit with them and I’m sure Julia enjoyed Little Mama’s cookin’! This picture cracks me up I love how Little Mama and Zach are photobombing in the background!!! 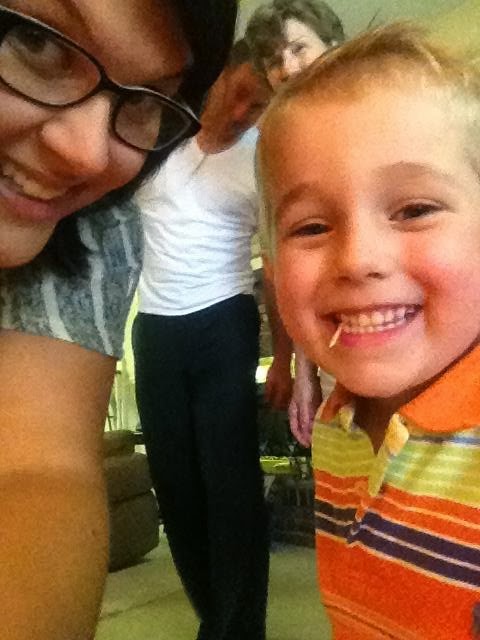 I am so, so thankful to Julia for coming that day. It was such an act of love and was just what I really needed during that time. I appreciate it more than she will ever know and I hope we will get to visit more with each other sometime soon 🙂 Also I appreciate everyone who has been praying for this tough situation, who has left sweet comments and sent sweet messages, and who has supported me. Thank you!!!