I LOVE my travel system

car seat/stroller combo Mom got me before Kye was born. I have an umbrella stroller

but rarely use it because I just prefer the travel system one. Sure, it’s bulkier but I really love that Kye has a cup holder and tray and that I do too! I throw that thing in my trunk every time we go somewhere and I use it on our walks every morning. Here lately all my use of it has been starting to show. When I’m cruisin’ around the neighborhood on our walks you can HEAR me coming. The tires squeak all the time and they are starting to look pretty worn. I haven’t really worried about it because I just figured we’d buy another stroller part when baby #2 comes along some day. No big deal.

Turns out, when you buy a travel system you CAN’T buy just the stroller. Zach and I invested money in the car bases to go with the current travel system we have and we don’t want to spend $300 to buy a whole new travel system for baby #2. So we decided it’s worth the money for me to get a used jogging stroller for my walks with Kye. That way I won’t be using the travel system stroller as often.

Once we made the decision I started my hunt but quickly realized that jogging strollers, even used ones, are expensive! Ebay was insanely high and I really wanted to find one that had a tray and cup holder for Kye. They were like $100!!! Um, no. I checked out craigslist and moodyyardsales and found one! A lady on the moody site was selling her jogging stroller travel system with the car seats included for $100. I wrote her and said I only wanted the stroller and she told me she’d do $75. That was too high for me so I waited awhile and hunted Ebay some more and even bid on one (but lost it). Then I saw that she re-listed the stroller by itself on the site for $70 so I wrote her and asked her if she could do $60 and she said yes!!! It was my first time buying anything through the internet like that and it was awesome!!! She lived out near our old church so Mr. Rusty and Mrs. Charlotte picked it up for me on Sunday and brought it to me that night.

The tires needed a little air but other than that it’s in flawless condition and it’s waaaay nicer than I was expecting to get for a used stroller. She even gave us an extra foot rest part for it in case that one gets worn out! I googled around and found the instruction booklet to print so we’d have it and found out that it is still a current model and costs $200 new! Score 🙂 It’s a babytrend expedition in case any of you know anything about jogging strollers! 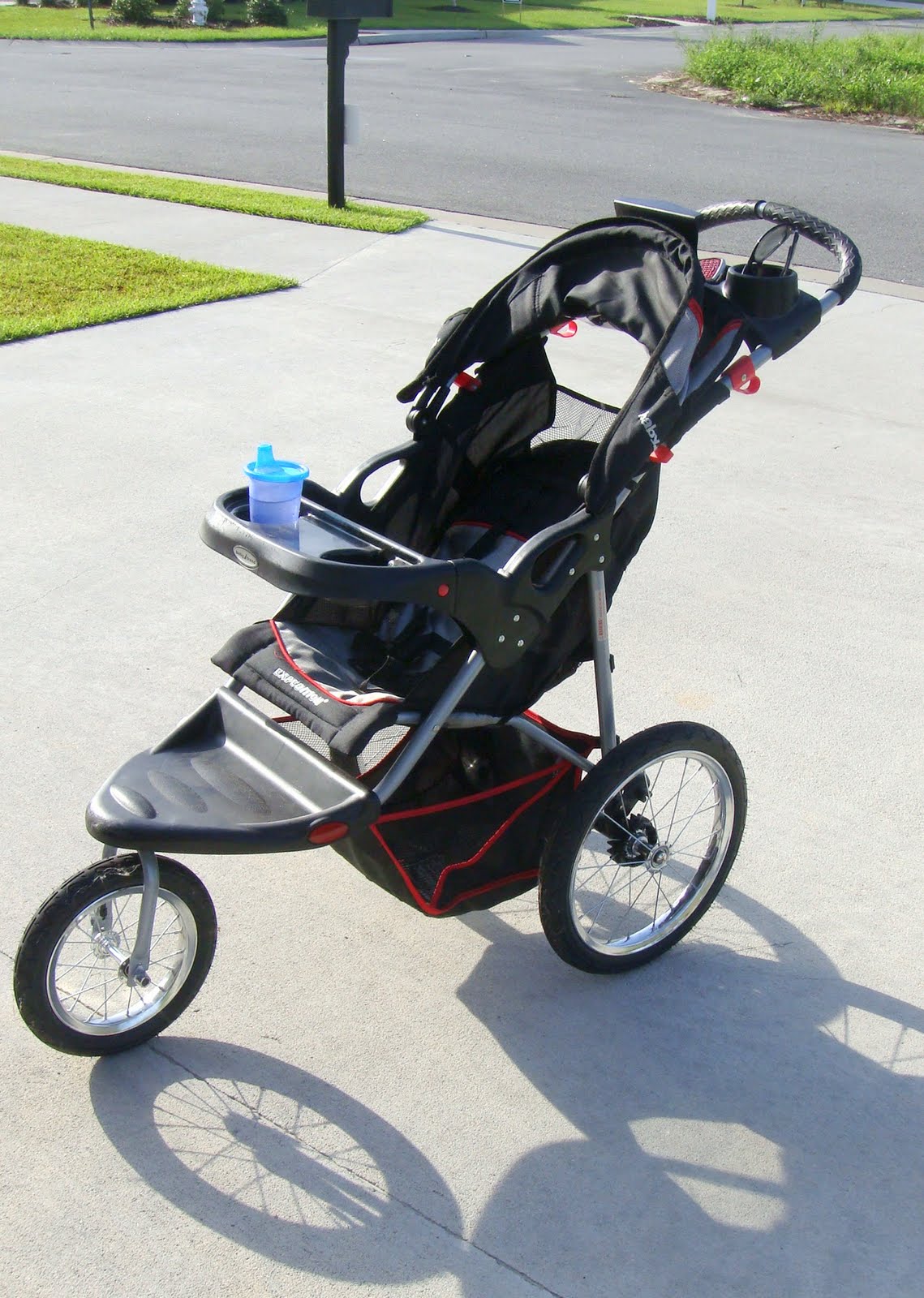 pumped about his new ride 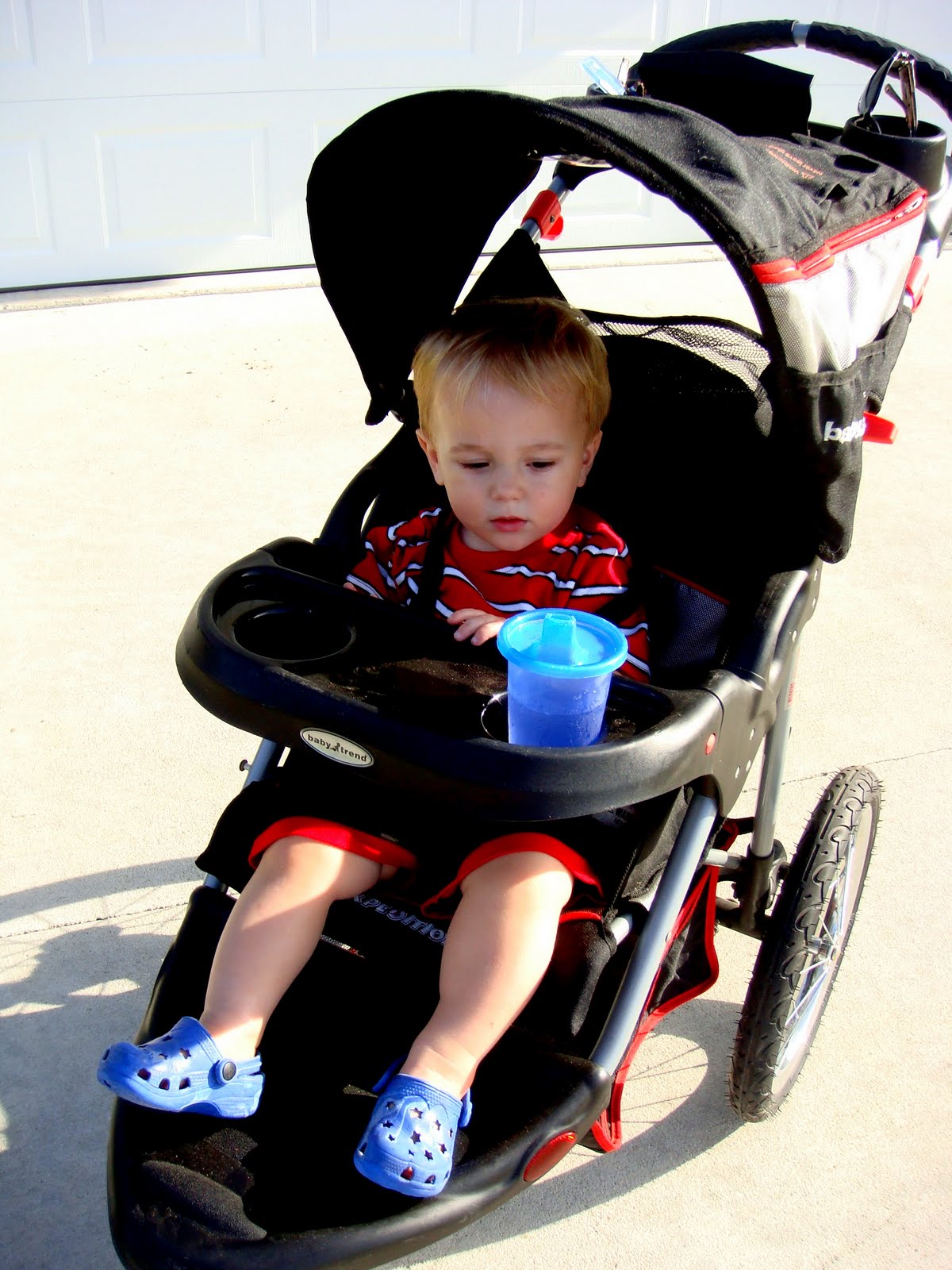 If you look at these pictures it’s kinda funny b/c Kye and I are dressed in black and red and totally match each other AND the stroller. Not planned! Zach dressed Kye and I dressed myself 🙂 I was excited for our first walk with the new jogging stroller (yes, walk. I may have purchased a jogging stroller but you won’t see me actually jogging ever!). 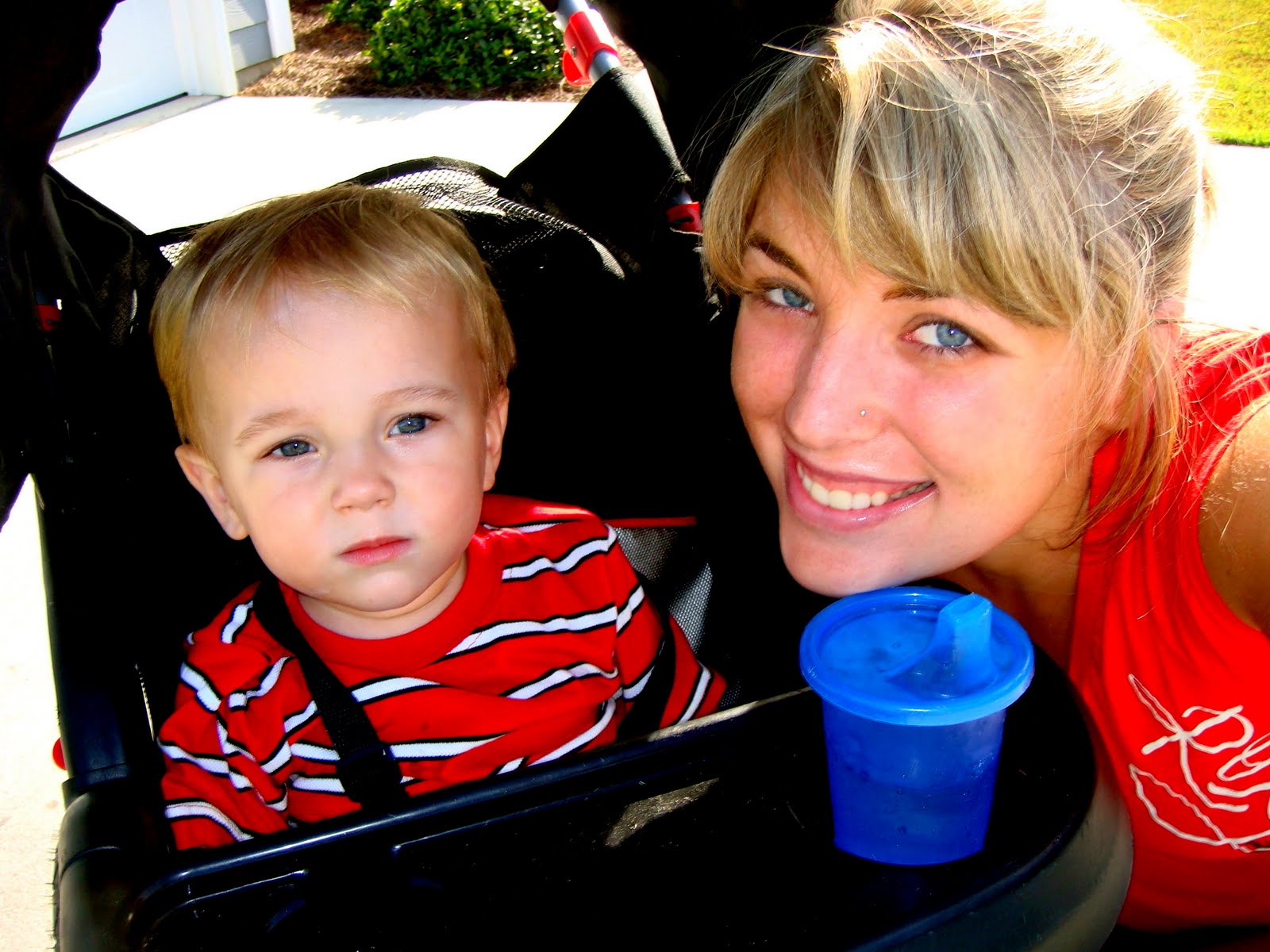 I’m for sure going to start shopping on craigslist and websites like it from now on…I love that we got a great deal on such a great product that I’ll be putting to use everyday! Anyone else have good finds through craigslist? Any tips for selling on it?