When we first found out Danielle’s wedding date Zach wasn’t too pleased. It turned out that the day she got married (Oct 2nd) was also the day we were set to leave for Jamaica on the Aflac State Convention trip. We discussed many different options (one even involved me flying ALONE to Jamaica and getting a taxi to the hotel – um no thanks). We finally decided to catch the earliest flight out on Sunday morning and just hook up with all the Aflac crew when we got there. Having to be at the airport by 4:30 am was not fun but I am so glad we opted to stay at Greg and Rachael’s again rather than sleeping at the airport like we had originally planned 🙂

bridesmaid hair wasn’t lookin’ too bad on the 2nd day (yes, it was Sunday. I had not showered since prior to the rehearsal dinner Friday-so gross!) 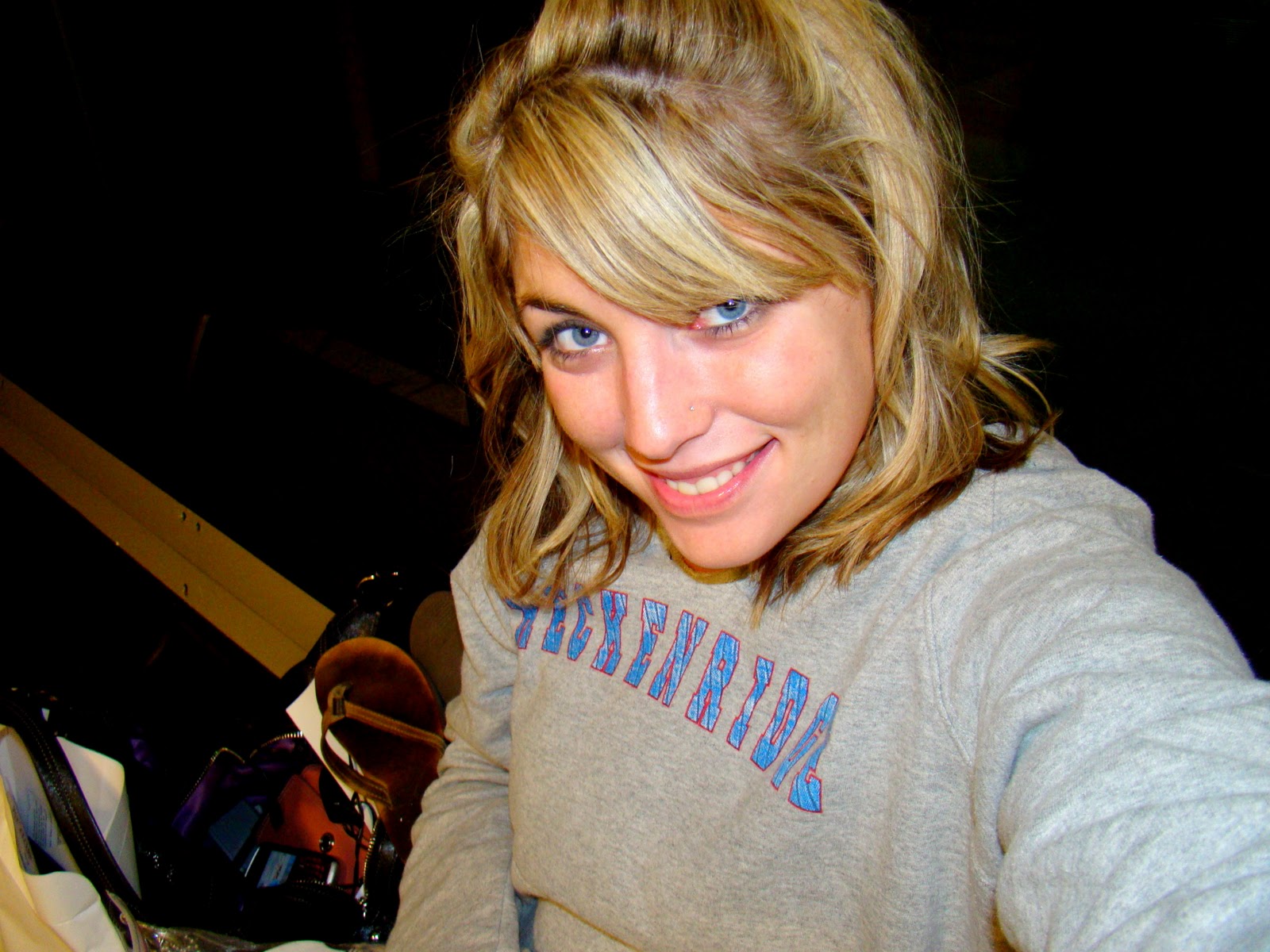 glad I stole Rachael’s socks – I was FREEZING 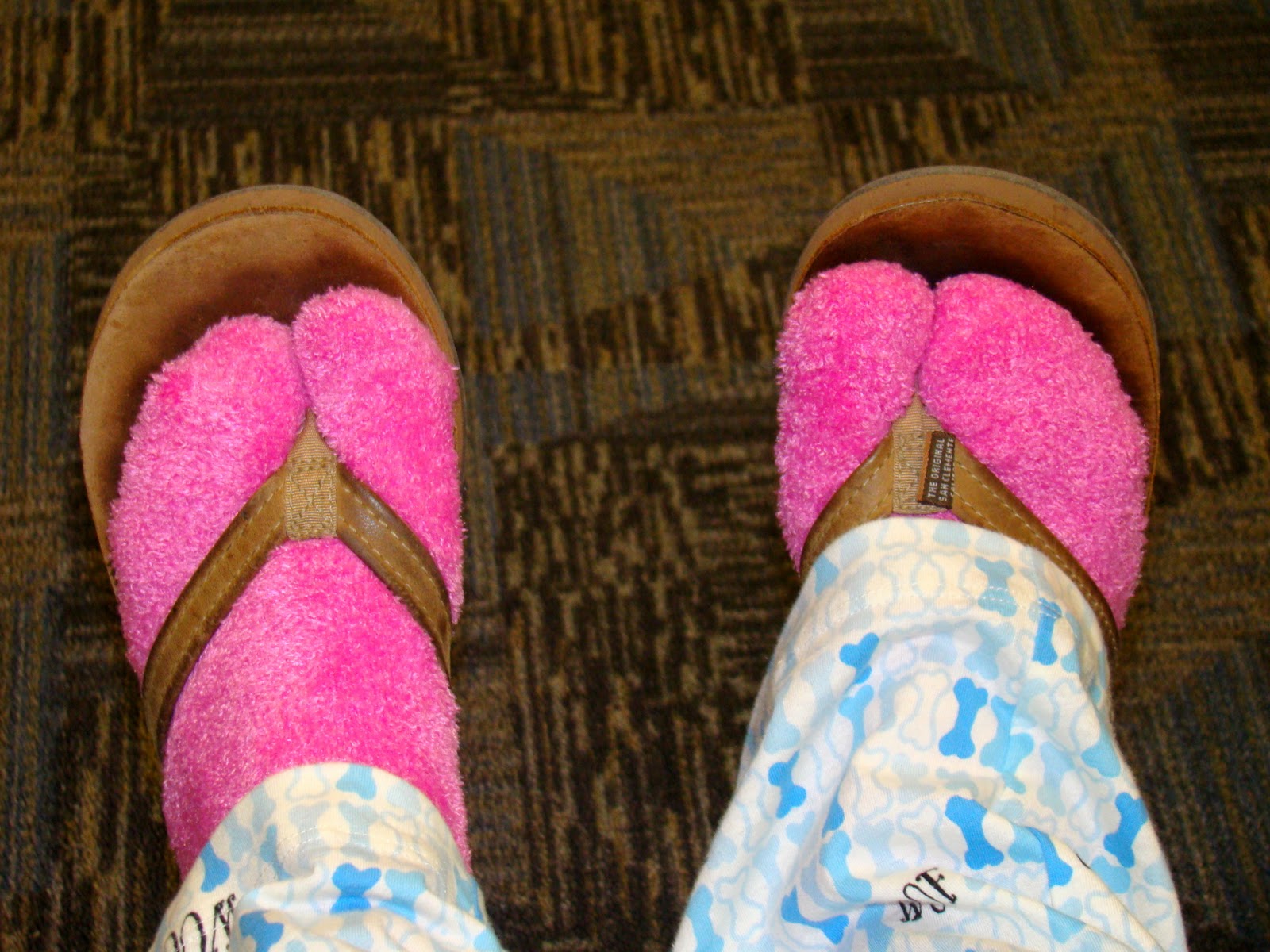 I don’t remember any of the flight. I slept the whole way and in Miami I remember getting donuts but that’s about it. Once we got to the airport we got a taxi to the resort and were excited by what was waiting for us. We were staying at the Secrets St James in Montego Bay, Jamaica and it was far superior to the Cancun place we stayed with Aflac last year!!! 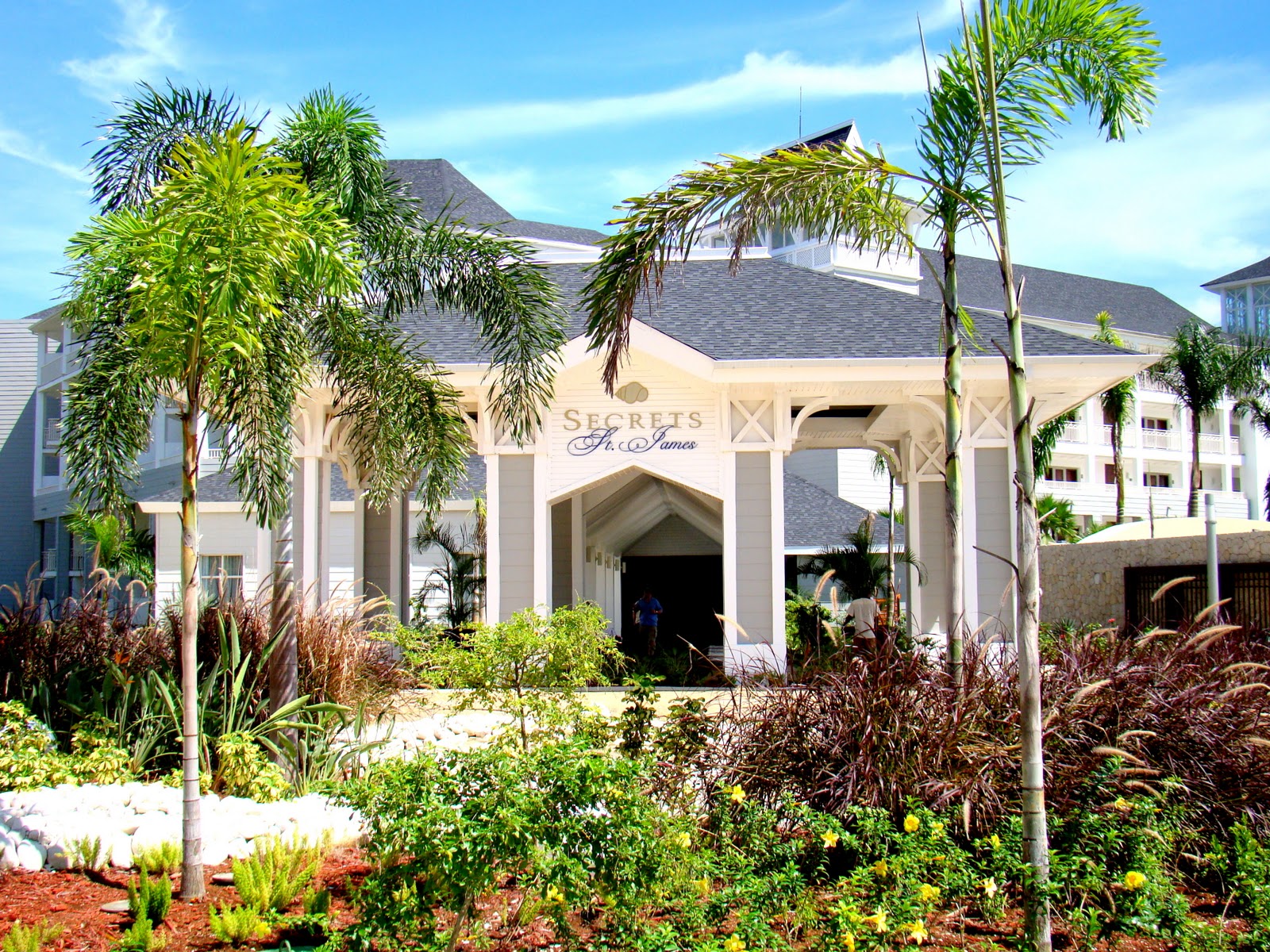 I loved the decor 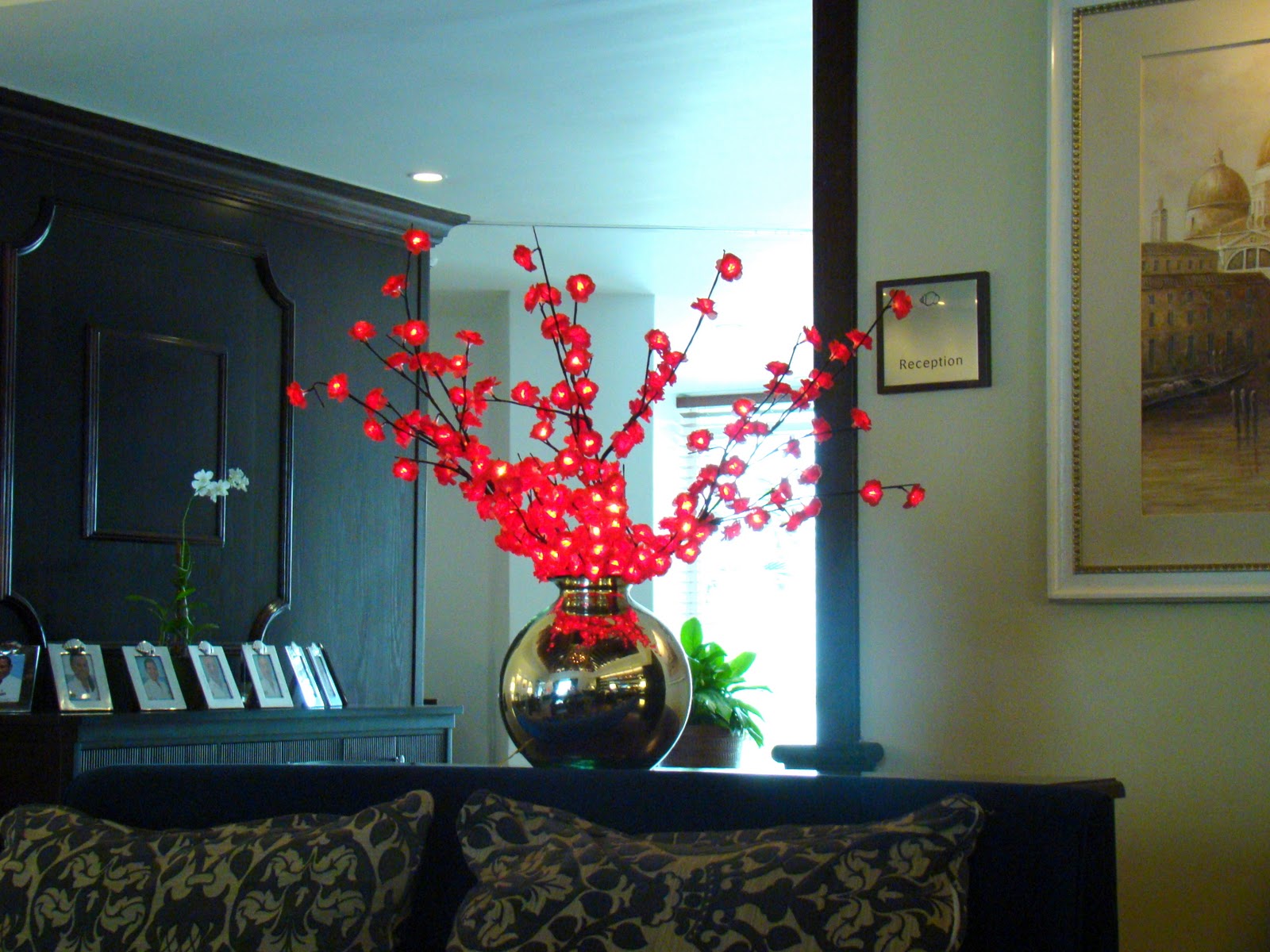 our room was the perfect romantic get-away we needed! 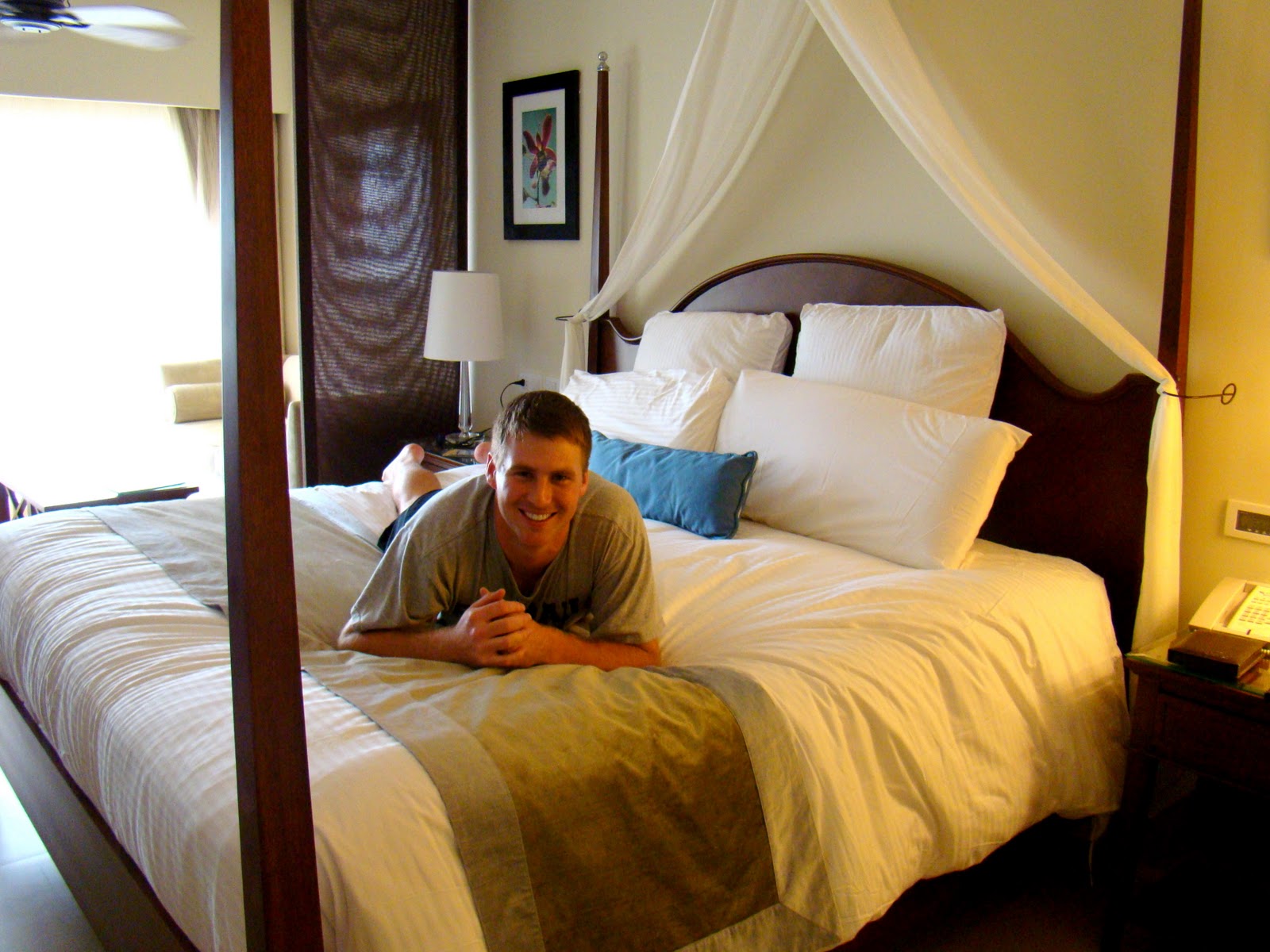 wouldn’t that mirror be awesome in our bathroom? I wish! 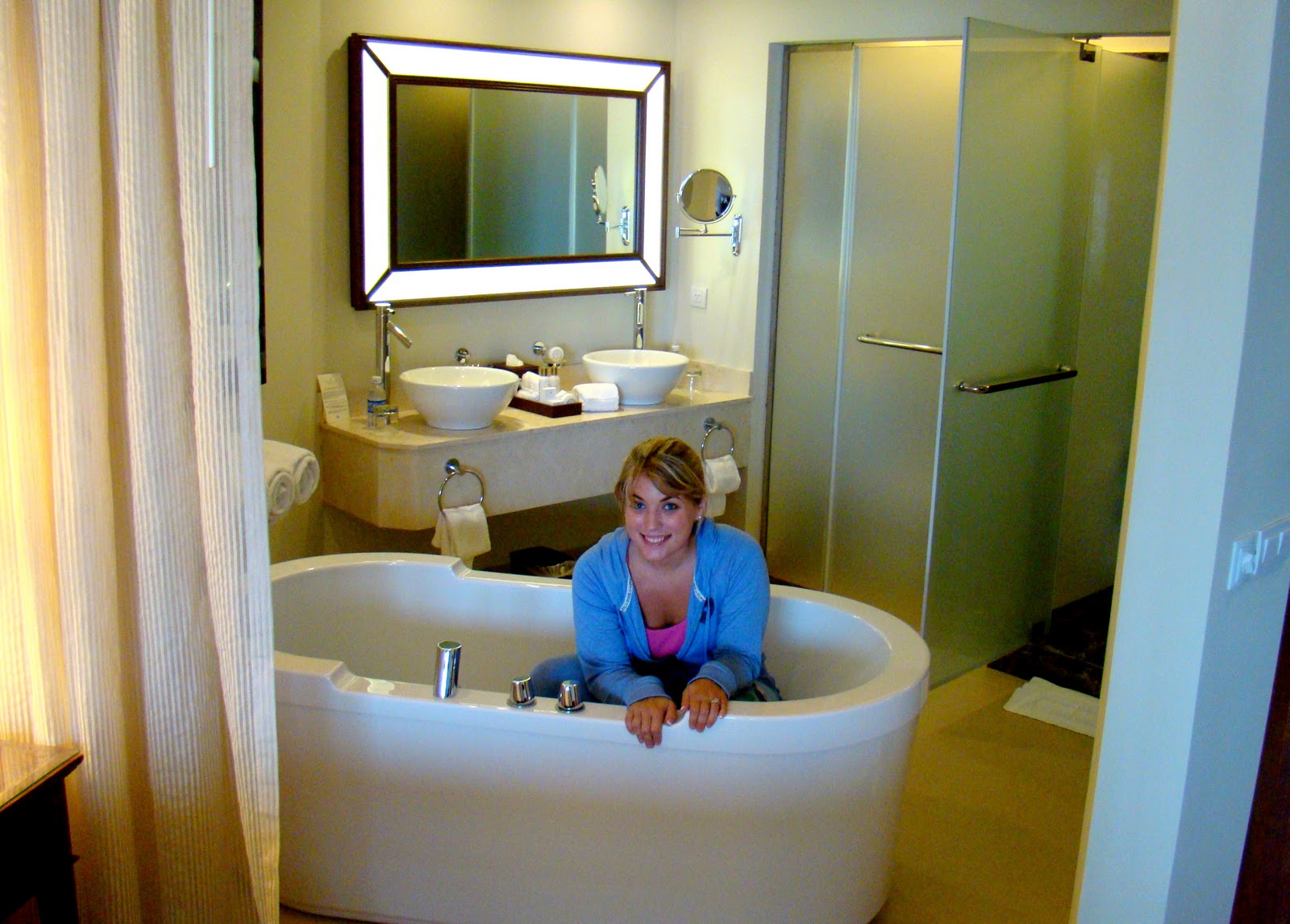 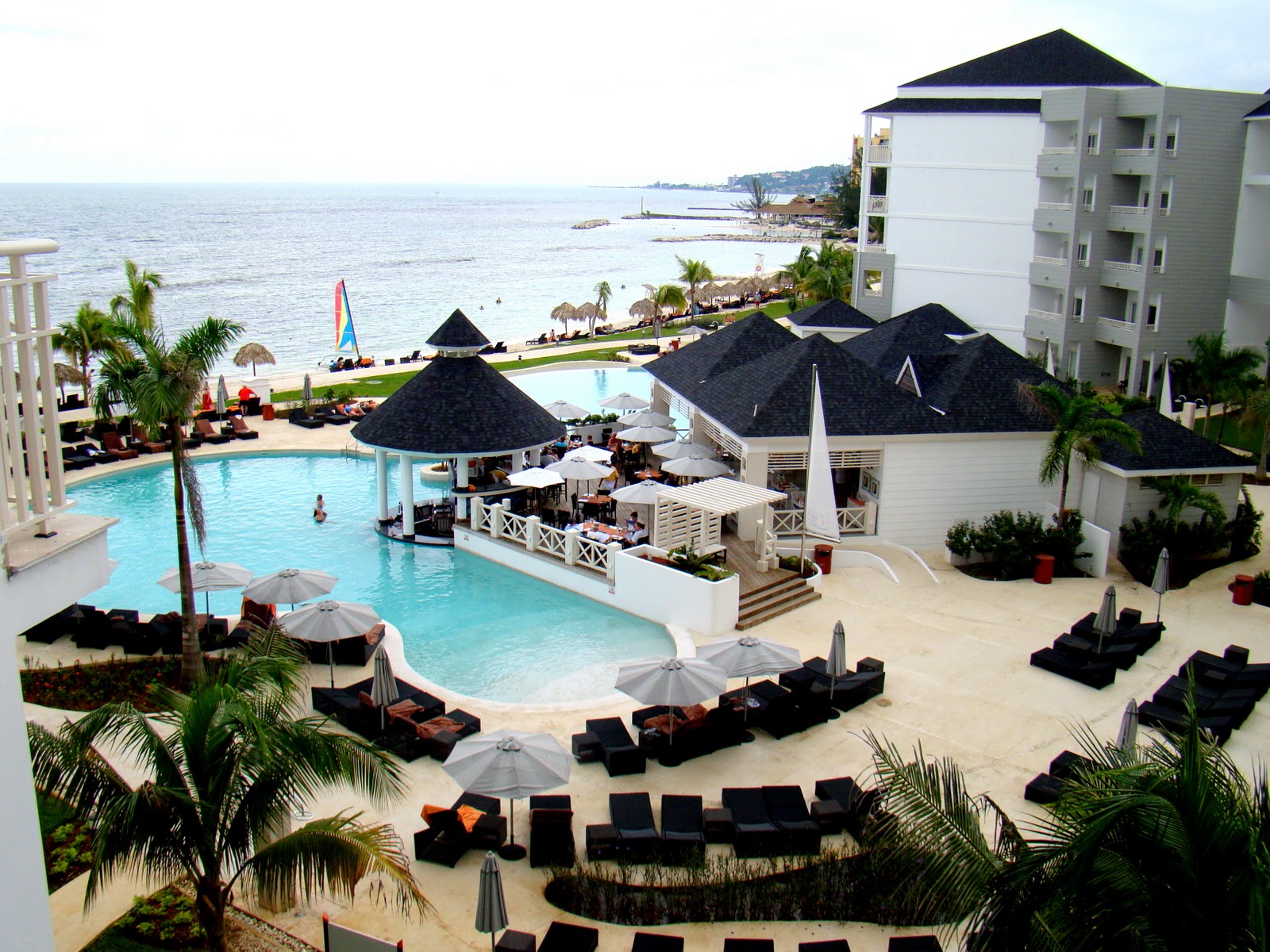 Even though we both were in need of a shower we were also in need of some food and sun and those won over being clean. We grabbed some lunch from the buffet and I actually liked it!!! Score!!!

Ready for our first round of virgin pina coladas 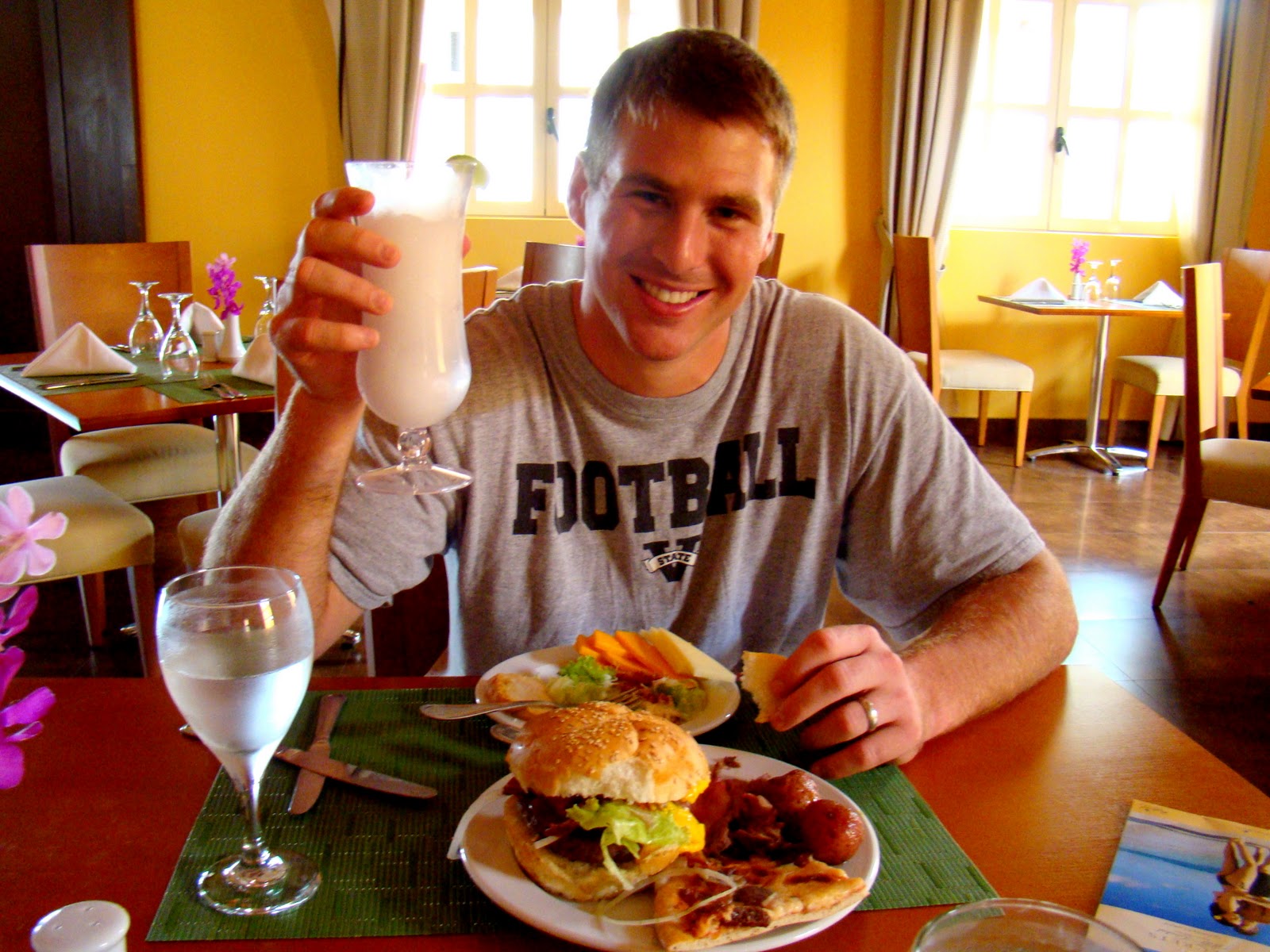 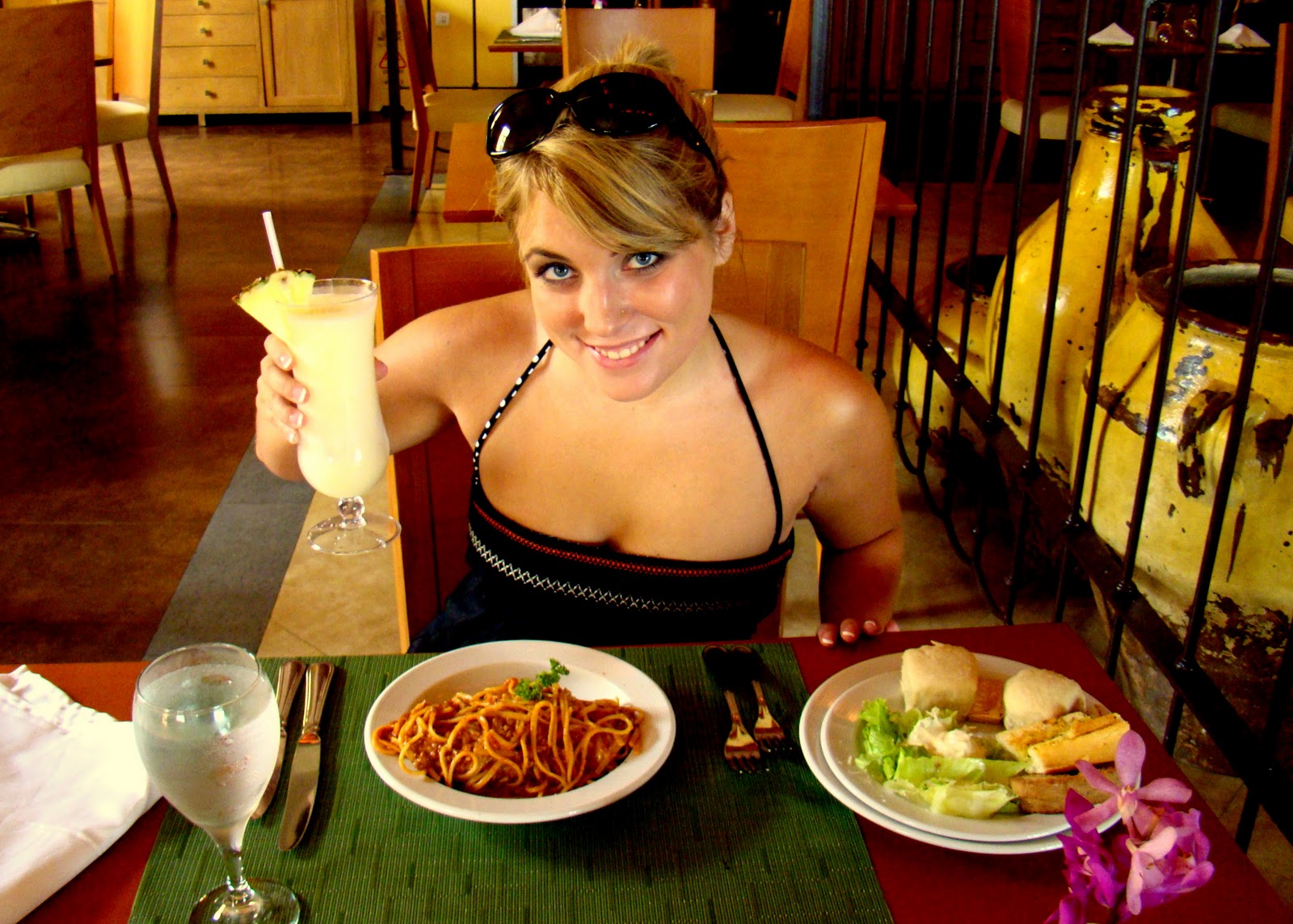 The rest of the afternoon we just relaxed by the pool and dosed on and off in some chairs. A great way to catch up on sleep and sun! 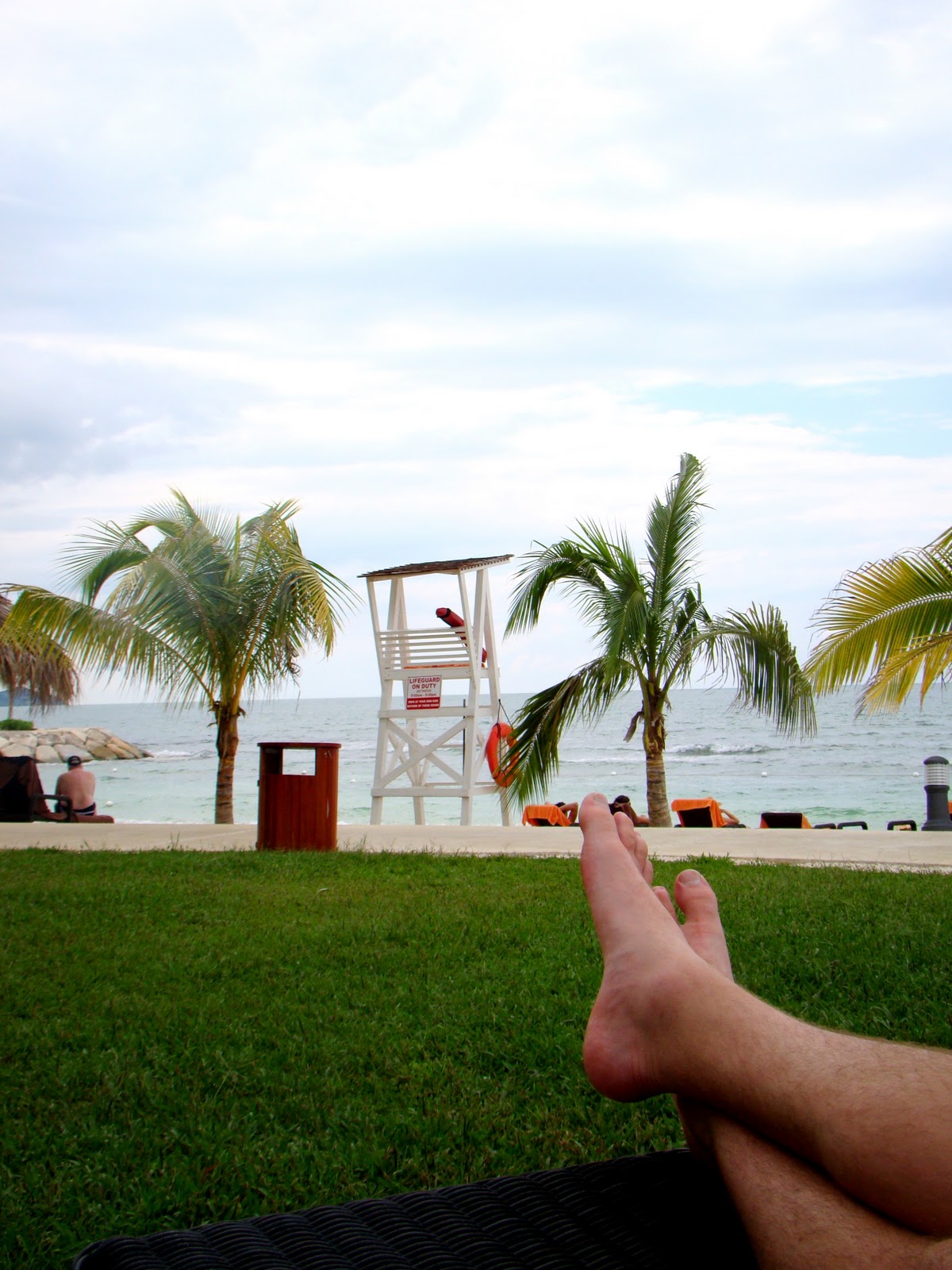 The worker guys were talking to me while Zach slept and they kept laughing and saying he is “fresh” Poor kid was in need of a Jamaican tan huh? 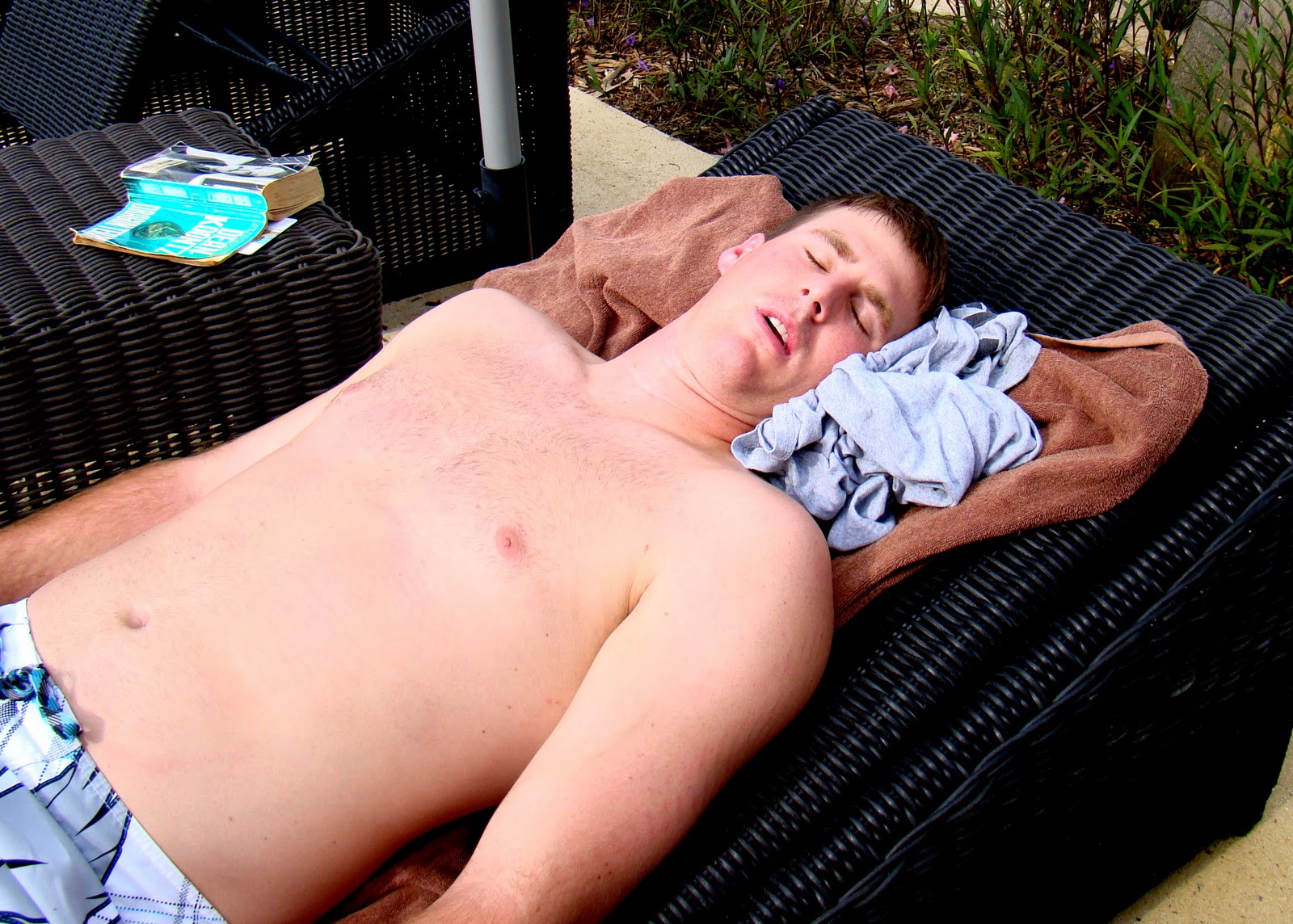 Once you’ve been to an all-inclusive resort in one country you realize that they are basically all the same in any country, but I do have to say that Jamaica was much prettier than Mexico. The mountains next to the ocean were so gorgeous and the people were nicer too. This was an “adults only” resort which was nice as there weren’t a ton of kids everywhere, but it also meant some adult stuff we didn’t expect-the music they played was all about getting high (“don’t criticize it legalize it”) and there were some “special” tv channels in our room. When one of the bar tenders told Zach about the “channels” he had to see if the rumor was true so he flipped to it on the TV then called me over to see. He said “this was supposed to be some naughty channel but it’s just some chicks exercising” I went over and saw the little playboy bunny symbol in the corner and said that there would be more than just exercising going on! It was funny how much everyone kept talking about “the channels” while we were there. You’d be flipping through and BAM! a boob! BAM! Some guys junk! Other countries are just a lot more open than we are about stuff I guess…topless ladies in Cancun and naughty tv channels in Jamaica… 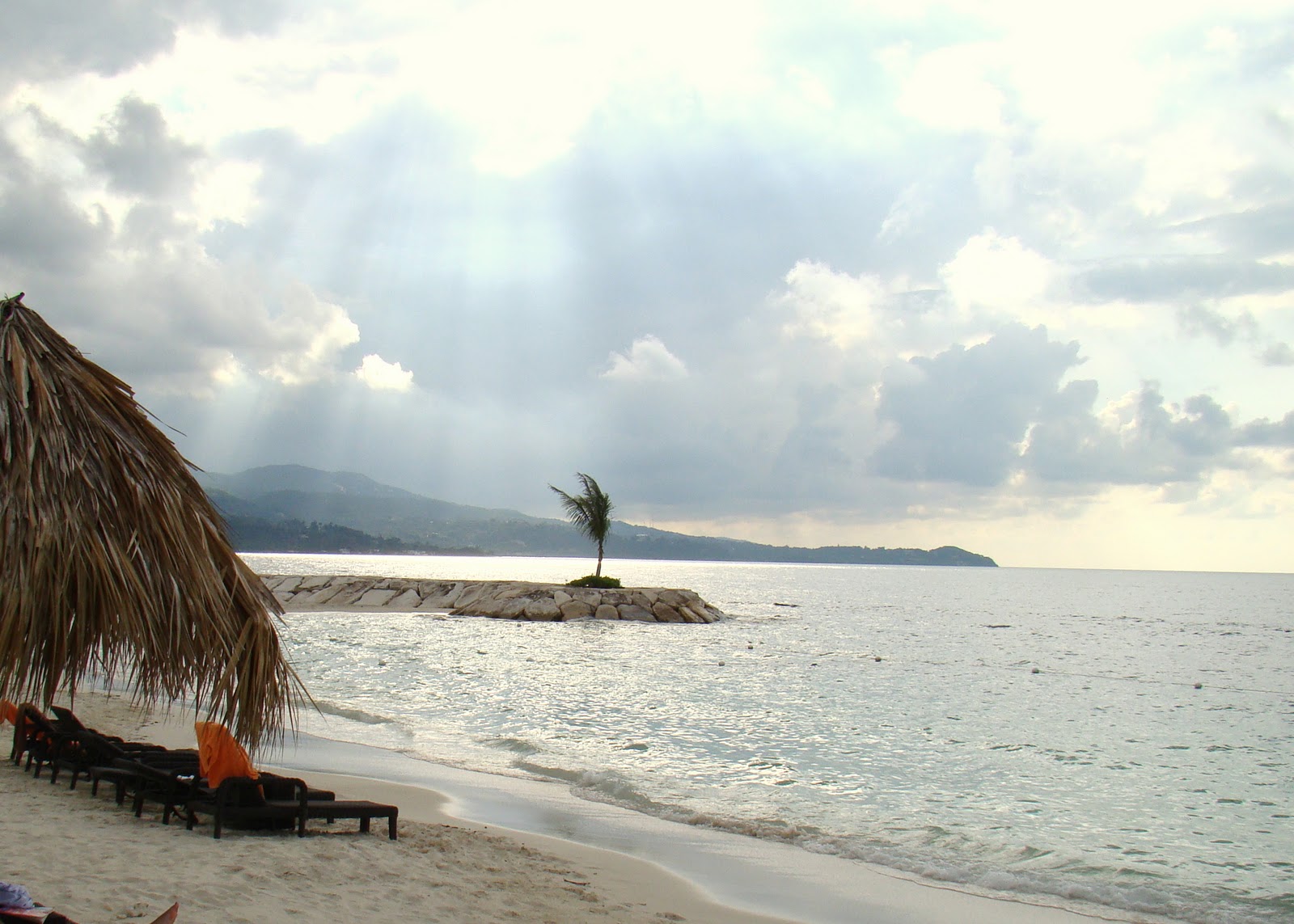 The first night we were supposed to meet everyone for dinner at the French restaurant but we got the time change mixed up and were an hour late. Oops! We did enjoy the super yummy steak though and went to bed early then SLEPT IN the next morning. Actually, we slept in every morning. It was HEAVEN! 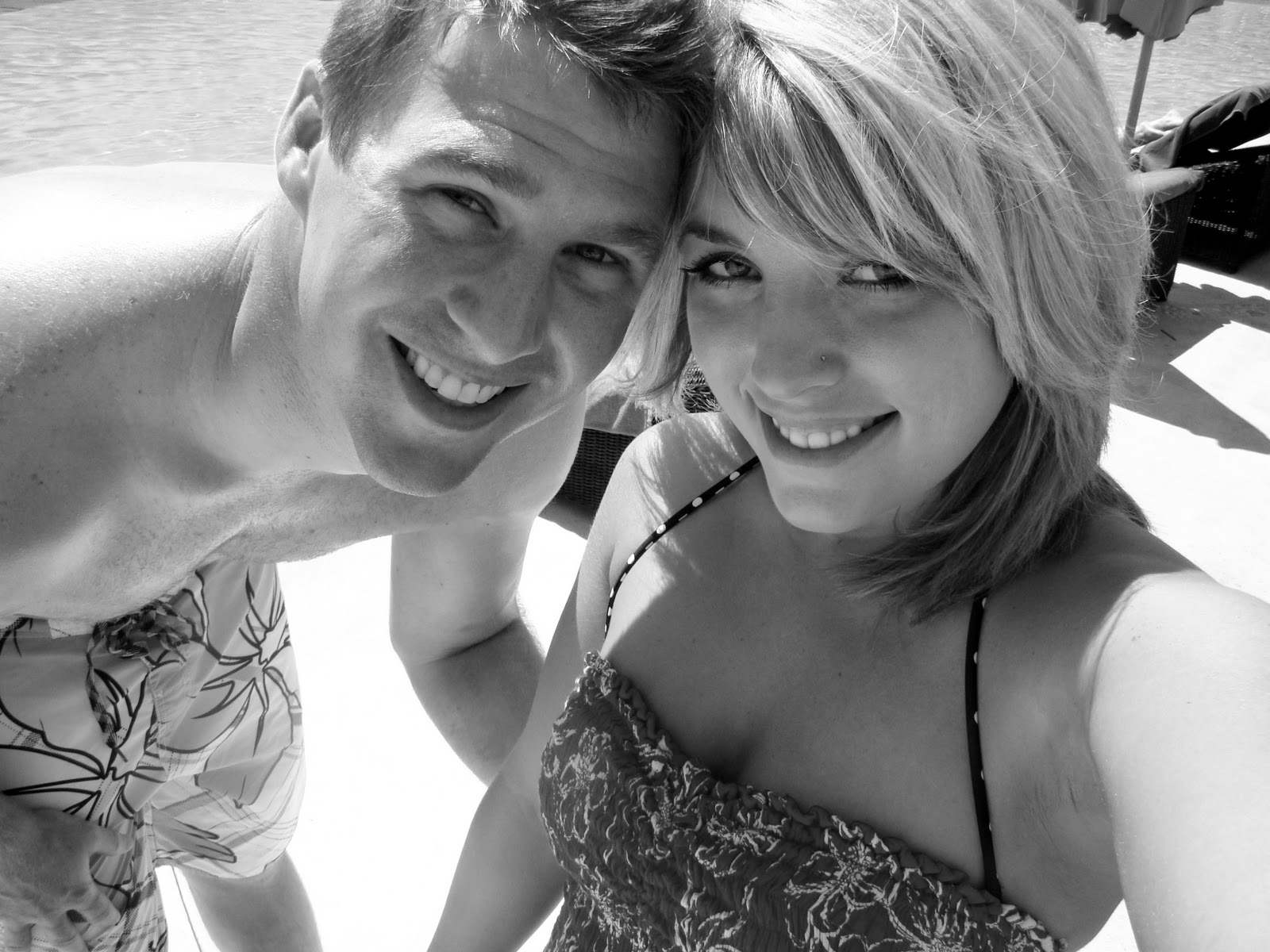 I only put this yucky pic of myself up b/c I knew y’all would appreciate my reading material on the trip. Yup, Pottywise 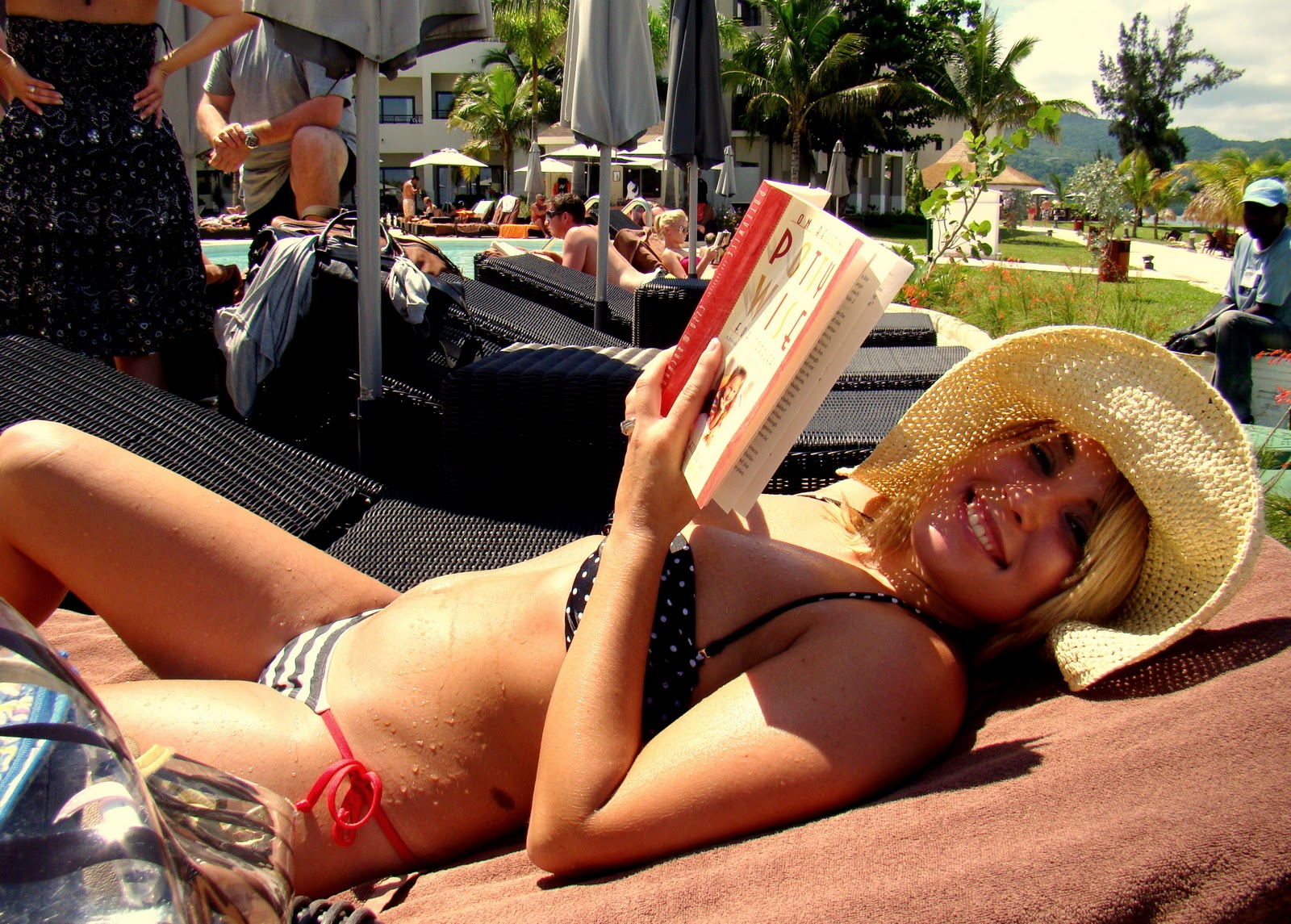 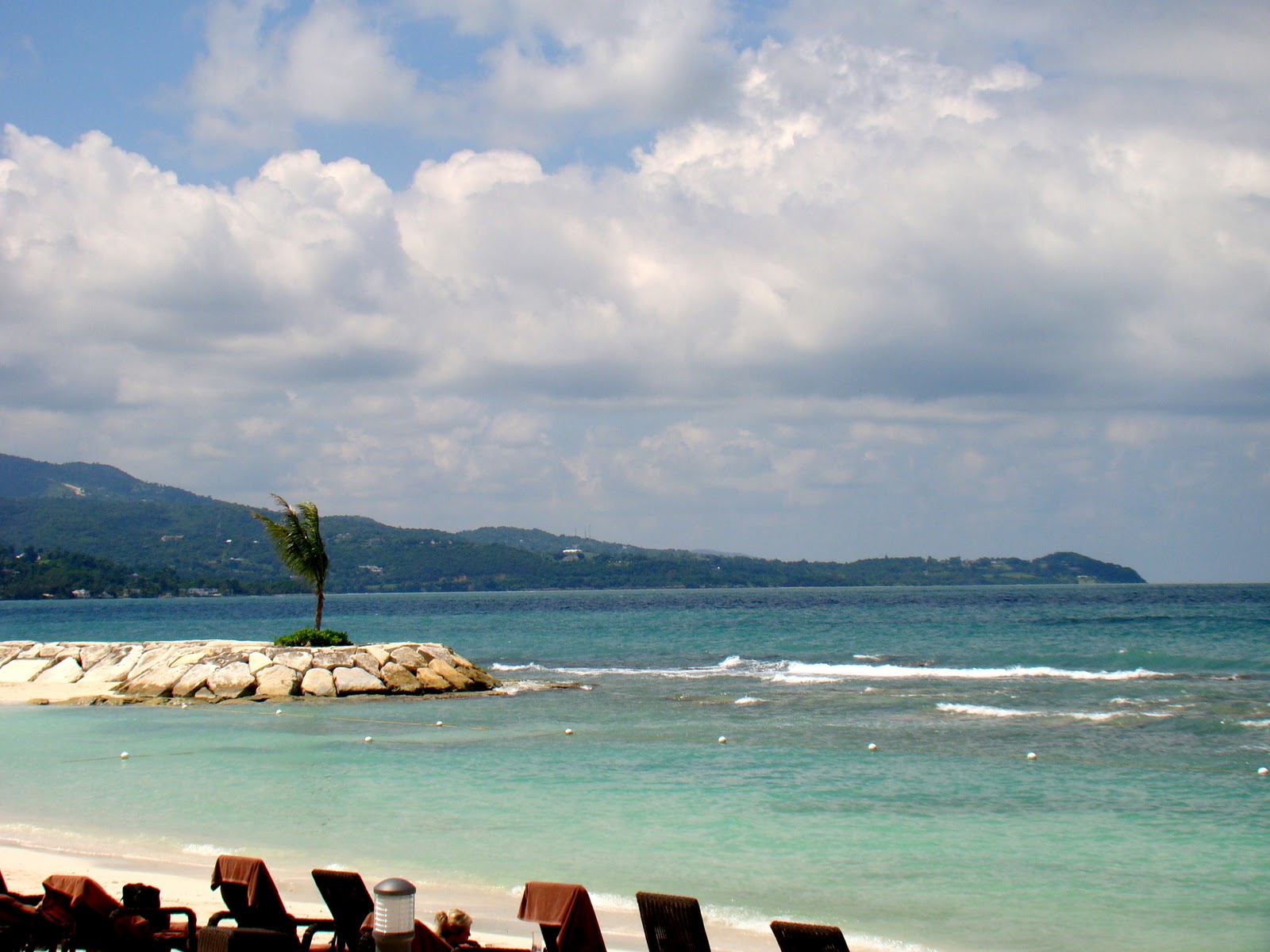 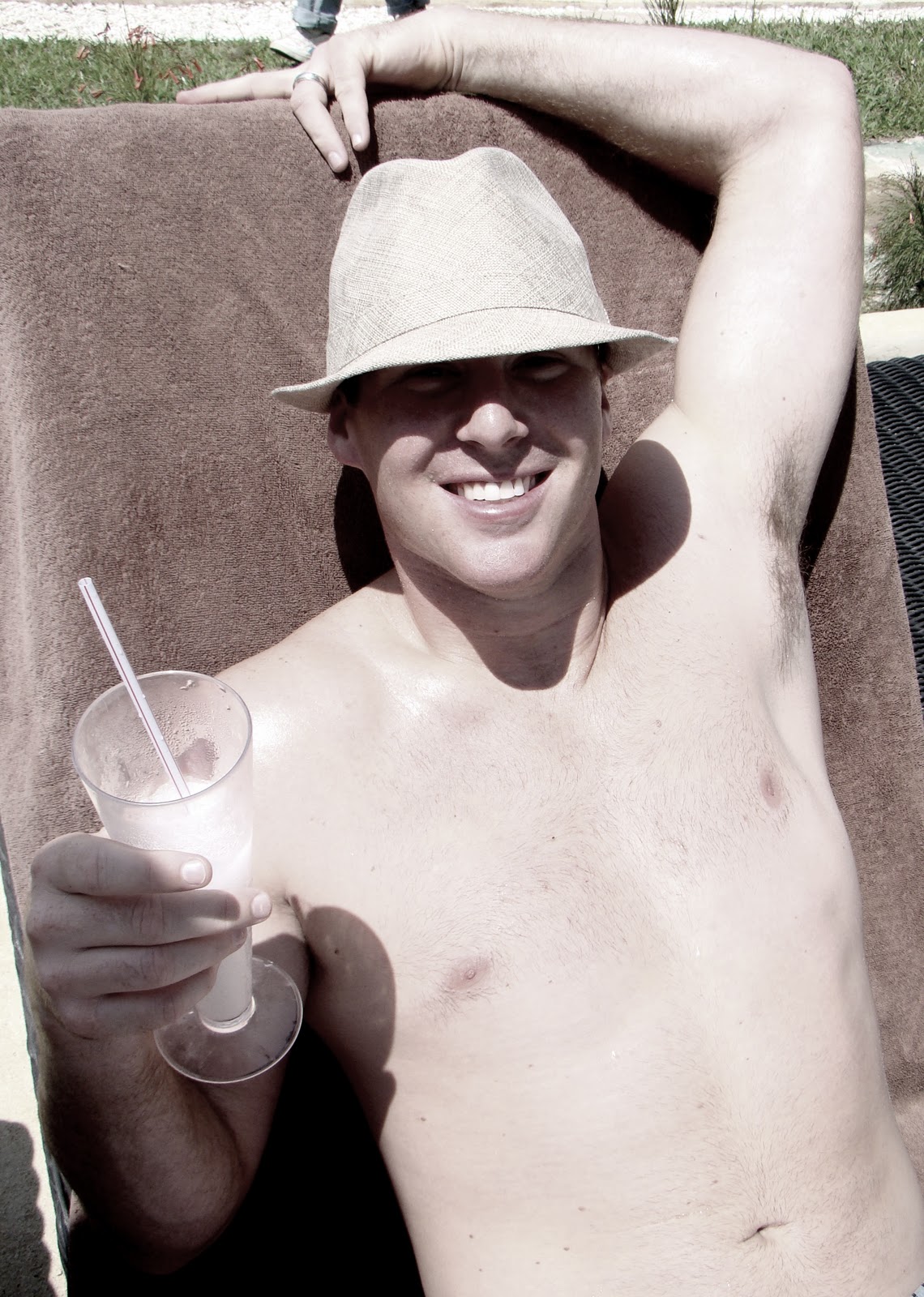 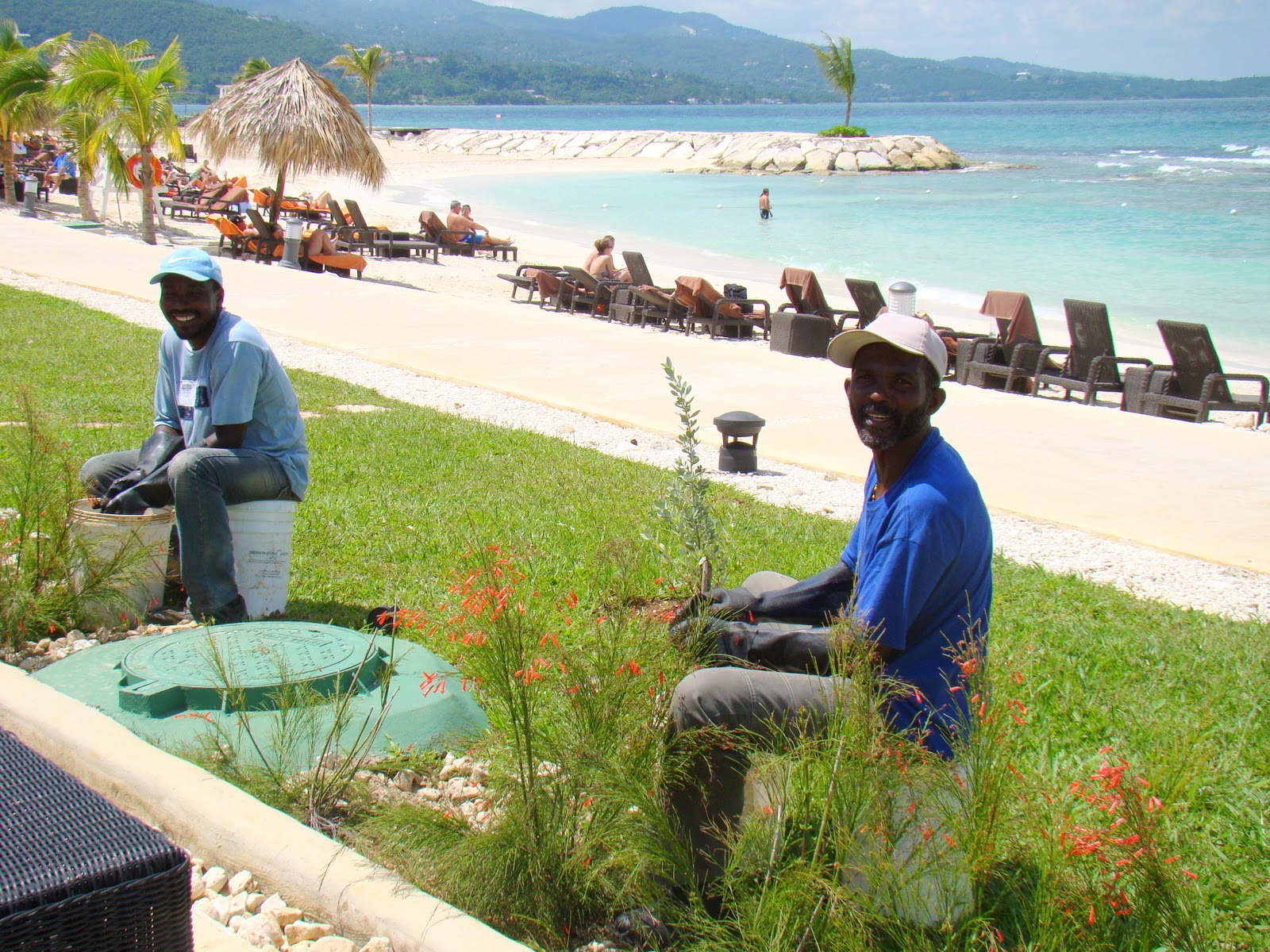 this is our ONLY ice cream picture 🙁 It was good too but we liked ALL the food so much that we didn’t end up eating too much of it! 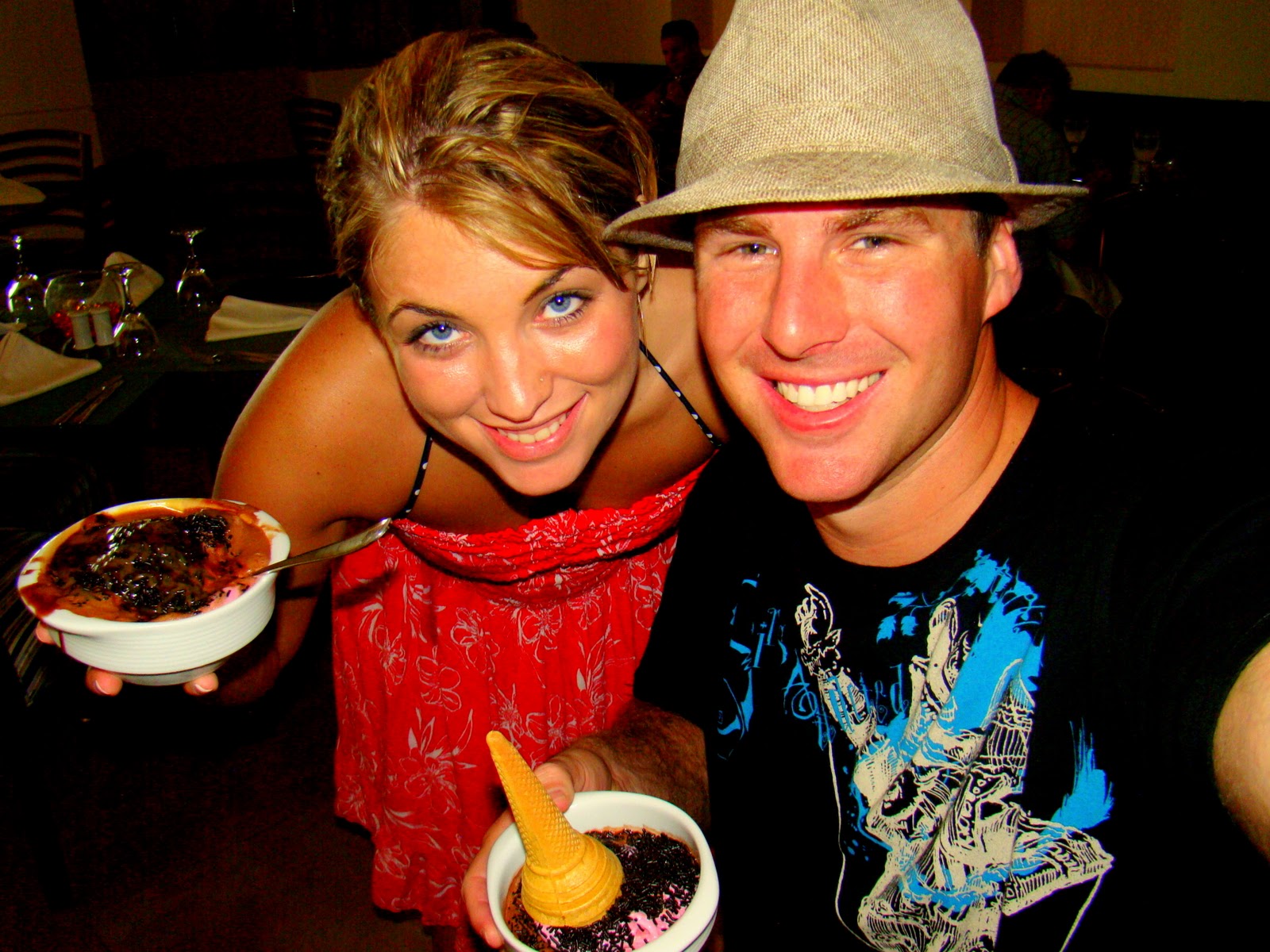 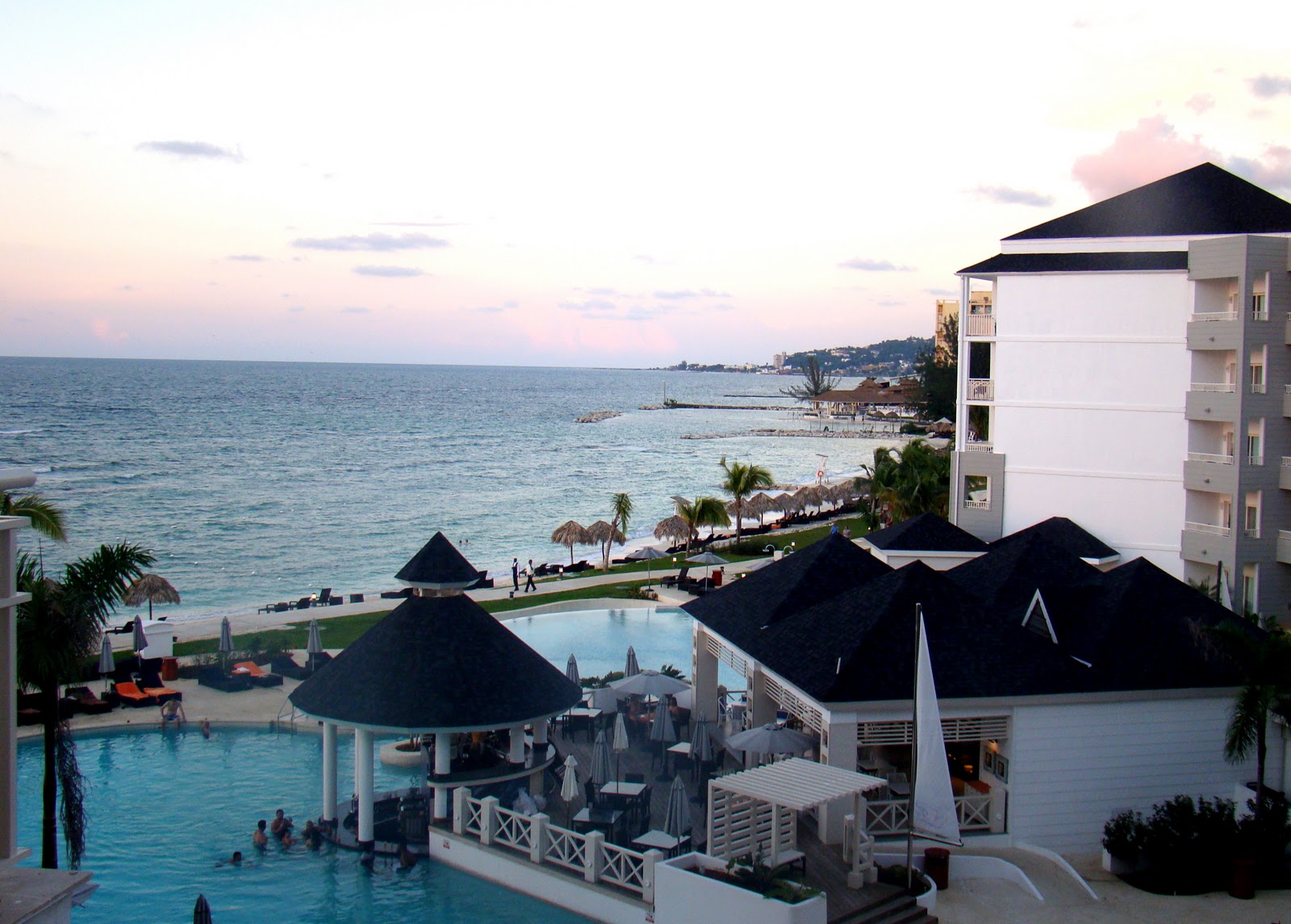 Before dinner we met with all the other Aflac people at a bar at the resort to mingle and take the group picture. We, obviously, weren’t drinking and when one of the bar tenders asked if we wanted a drink we said we didn’t drink and then this guy said he didn’t either! Turns out he and his wife are from Columbus and (duh) sell Aflac and are Christians and don’t drink. Um, score for us! We ended up going to eat with them and another Aflac couple at the Italian restaurant and we hit it off with them right away. 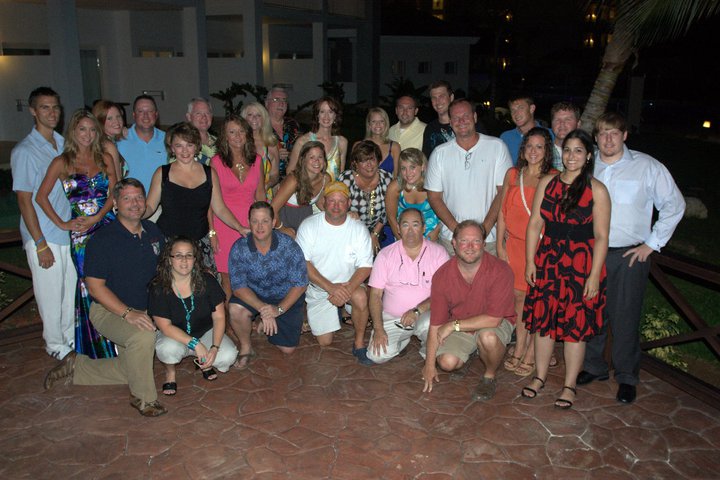 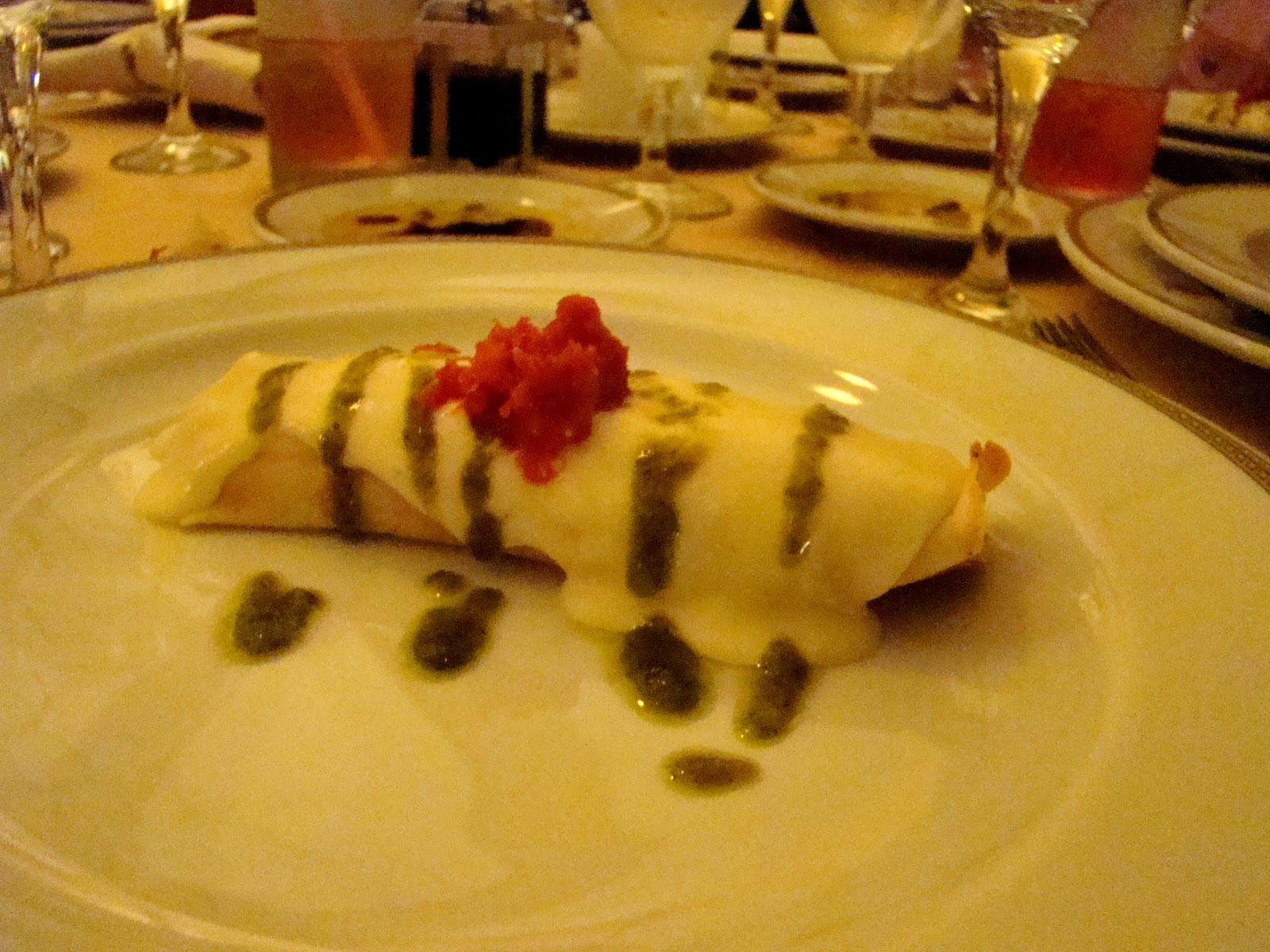 we would have gone night swimming but the pool was FREEZING 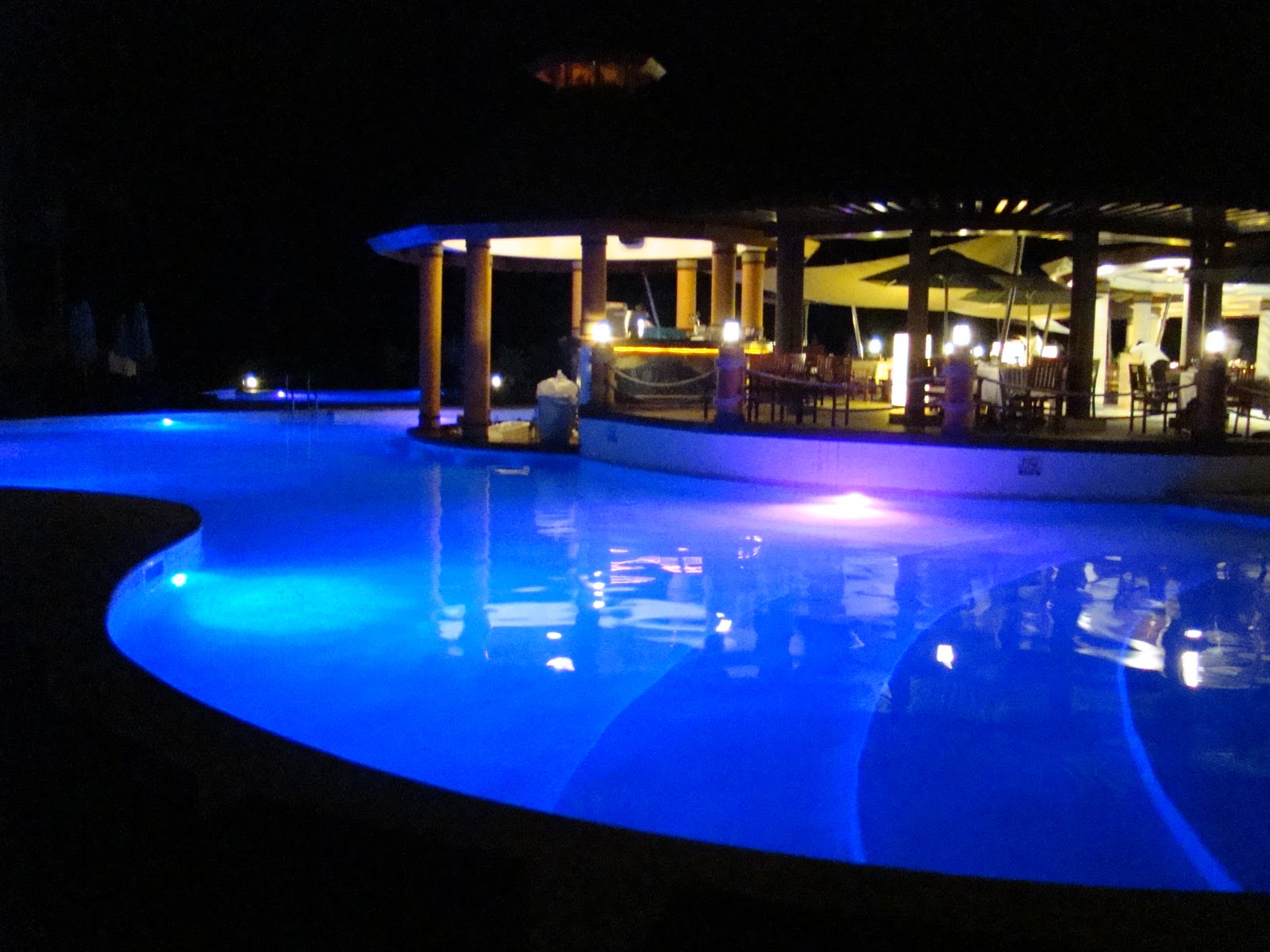 Mrs. Becky (one of our Aflac friends) has a nice professional camera and she took several pictures of us at the Aflac meet-up so I’ll be sure to post them once she puts them up on Facebook. After dinner we headed back to the room for dessert because the all-inclusive included unlimited room service and my sheltered hubby hadn’t ever had room service before. Duh, we had to try it!

pumped for some cake 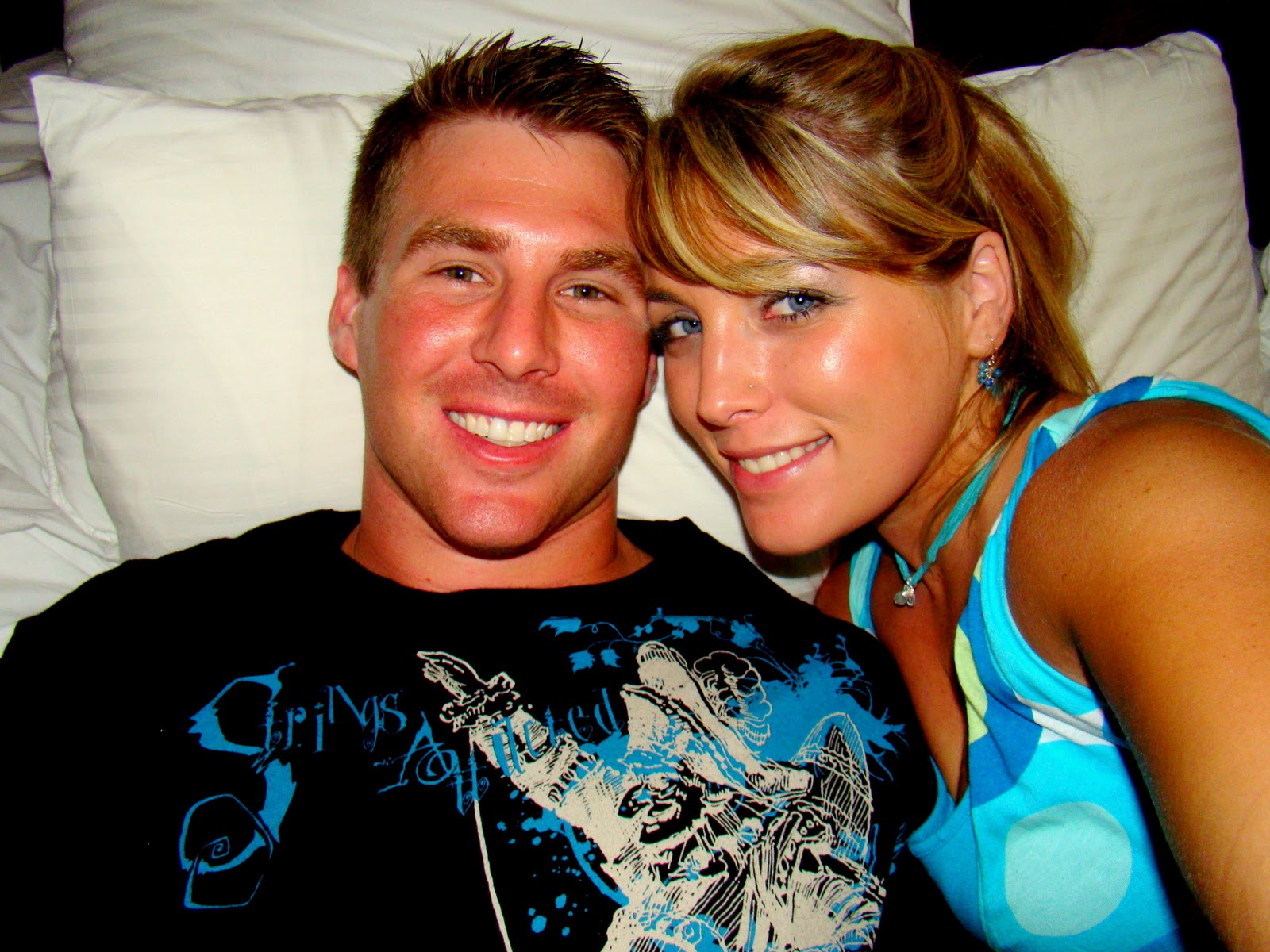 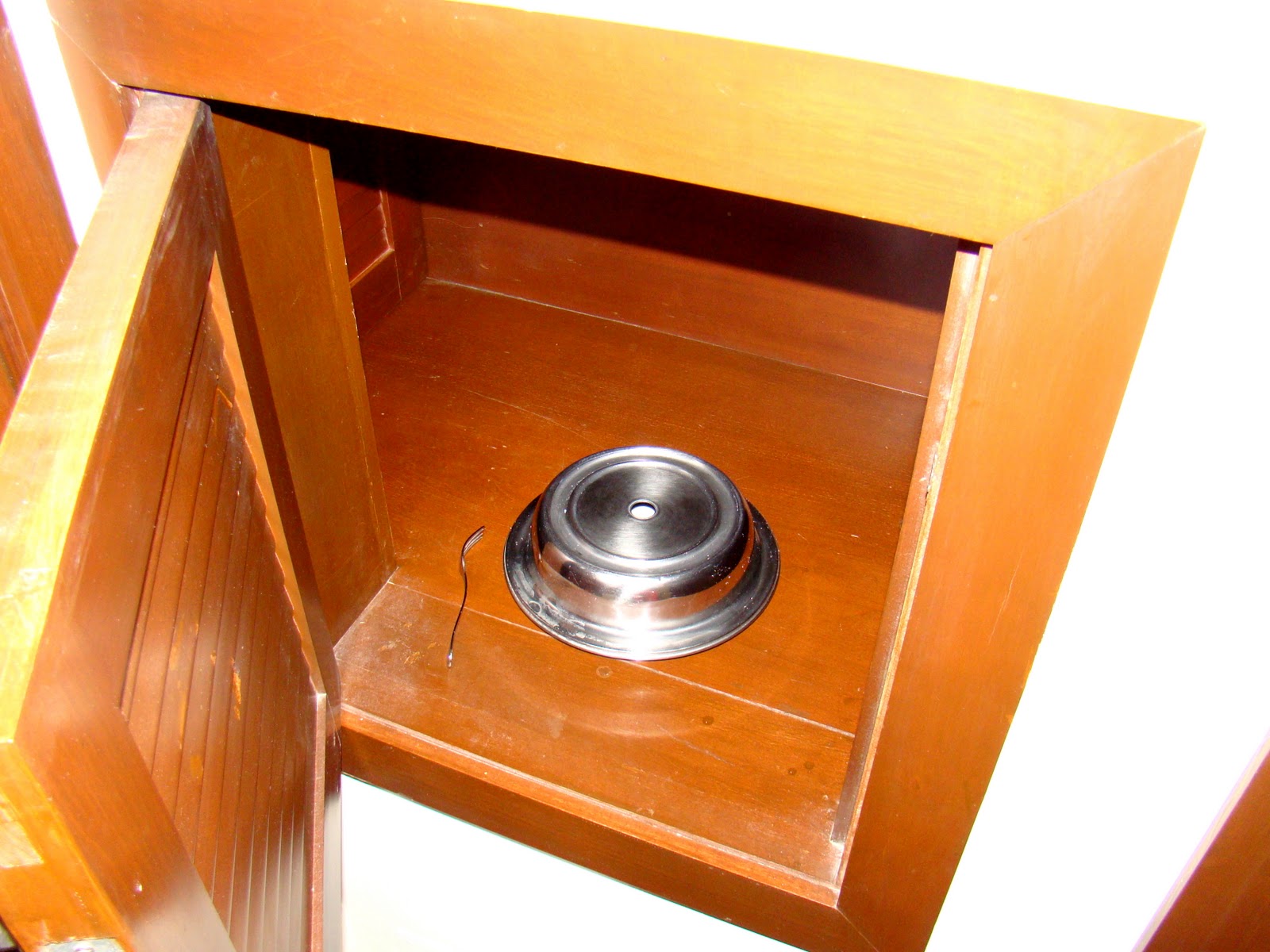 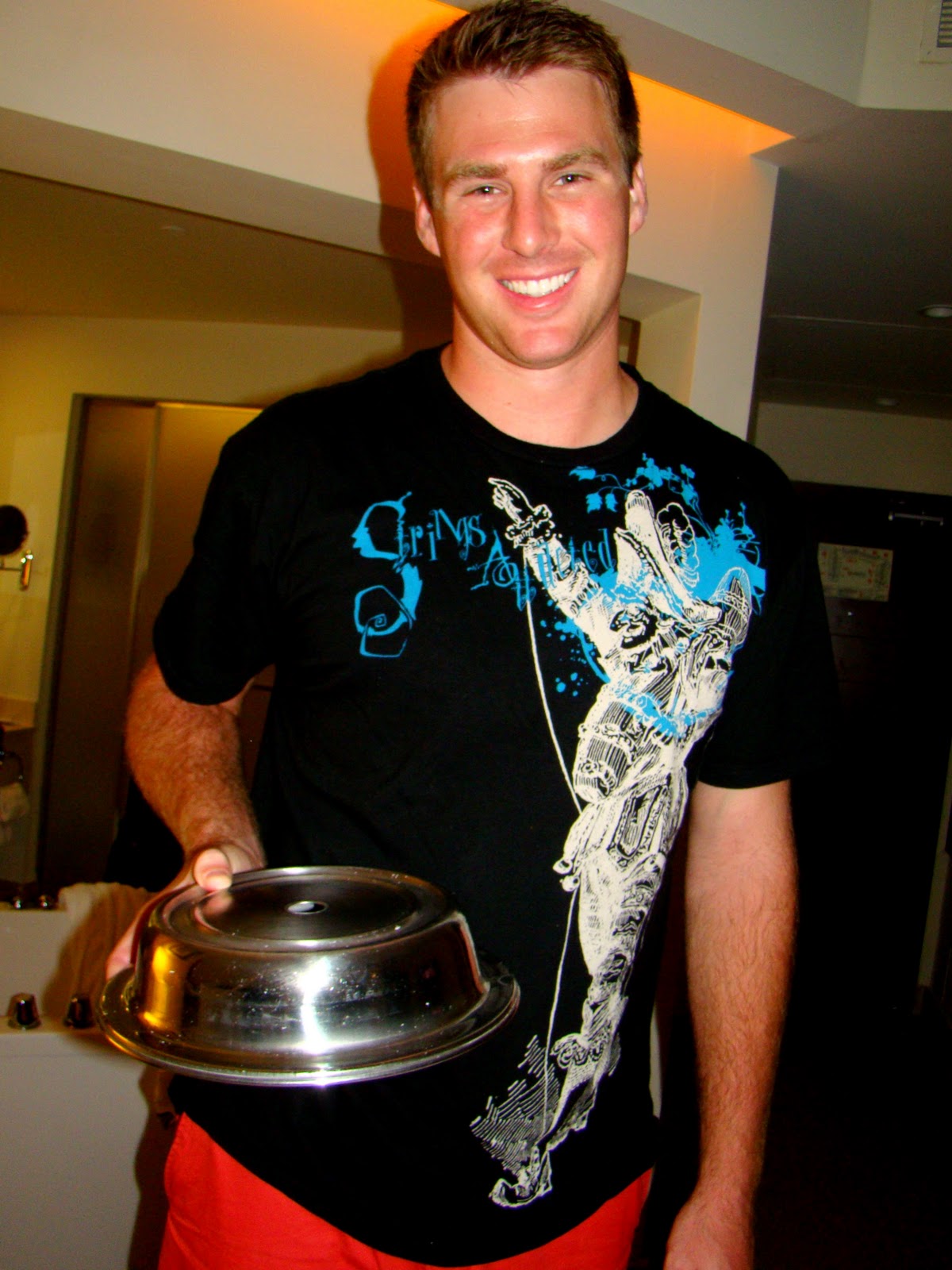 it was NASTY…oh well at least it was free 🙂

(PS: is anyone proud of me? I wore my hair in a ponytail AND put it up in little pins while on the trip!) 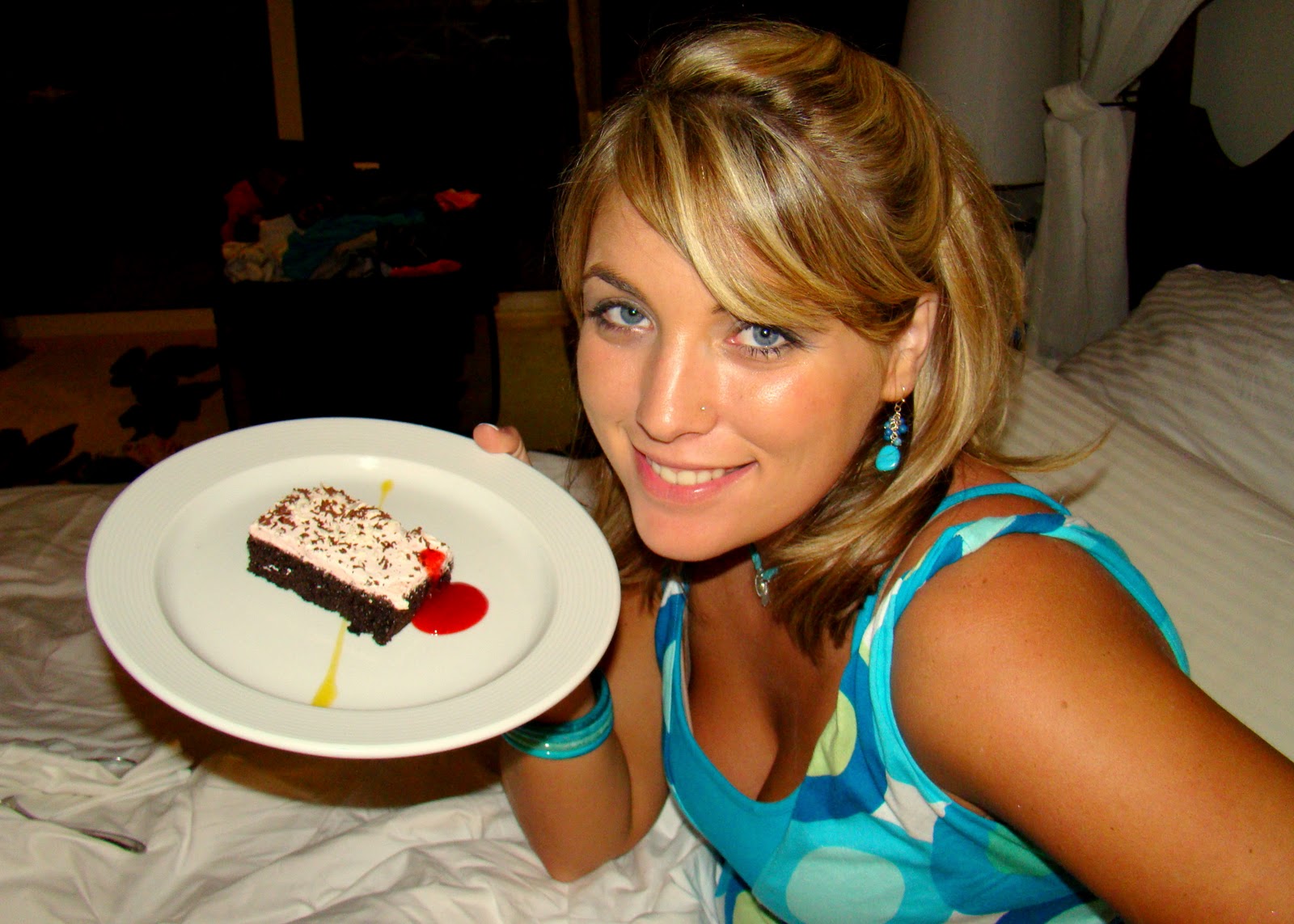 Our second half of the trip is up next!