Back when I was in town for all the fun pre-wedding stuff Rachael offered up her house for us to stay with them during the actual wedding weekend. Wasn’t that so nice? It saved us SO much money not having to mess with a hotel room. I felt guilty though when I realized that we’d be sleeping in their room and that they would be staying at a friend’s house! Both Greg and Rachael were at work when we got to their house on Friday before the rehearsal. It was SO strange to be walking into someones house and showering in their shower and using their toilet without them being there. I hadn’t met Greg but in passing at Tripp’s service and at Cracker Barrel so I don’t really know him and Zach had only met Rachael for like 2 seconds after Kye’s baby shower and he’d never met Greg, so it was kinda funny that we were taking a dump in his toilet and reading his bathroom reading material (I never knew Yachting Magazine even existed…RANDOM)!

We actually left for the rehearsal before Greg and Rachael even got home so it kinda felt like it was our house (which we didn’t mind, I mean have you seen their tv?!? Zach was ready to move in!). After the rehearsal dinner we headed back to our “home” and met Rachael and Greg there. We got into pjs and made ourselves comfortable and got to know each other. 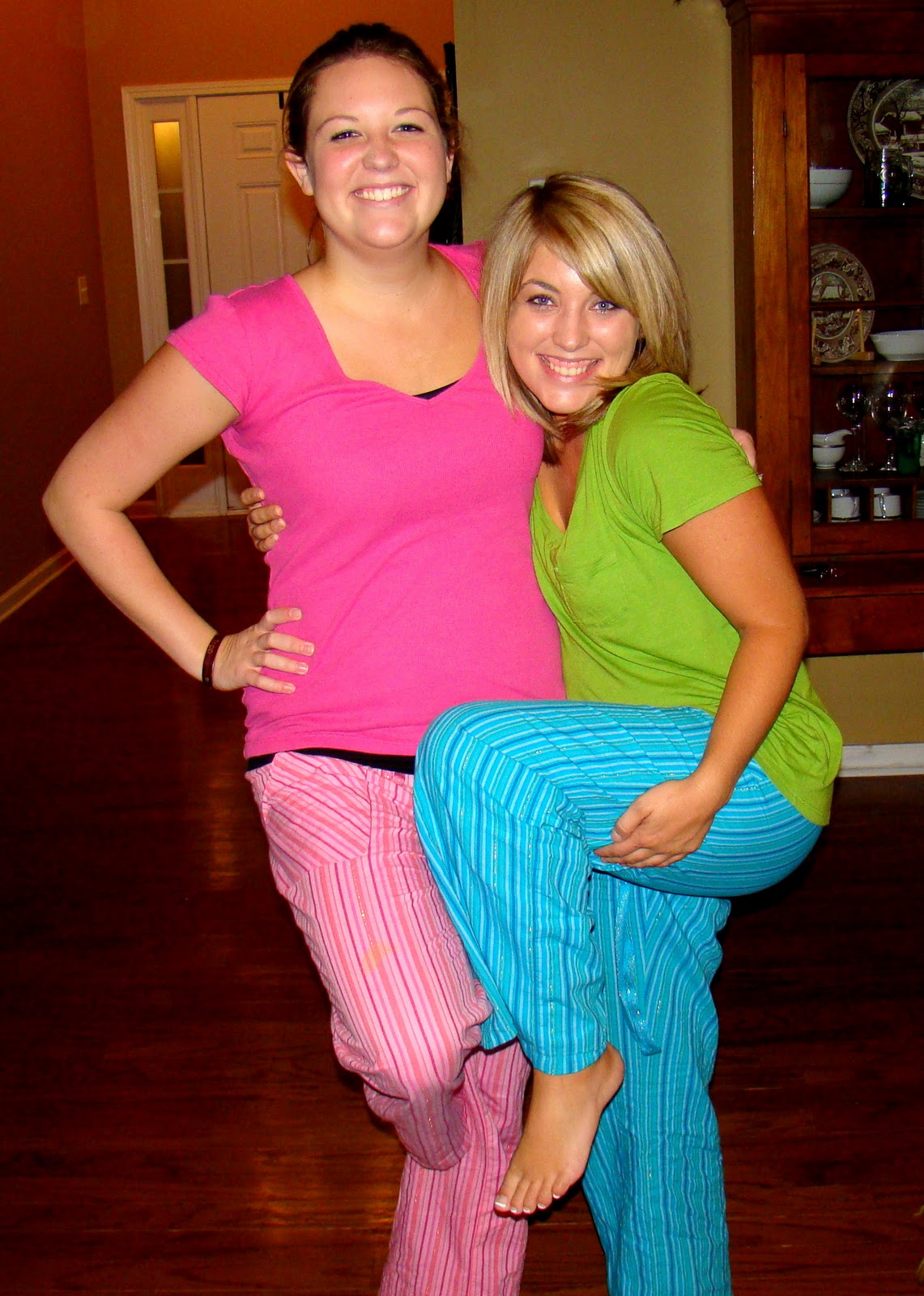 we’re such middle-schoolers with our sleepover excitement! 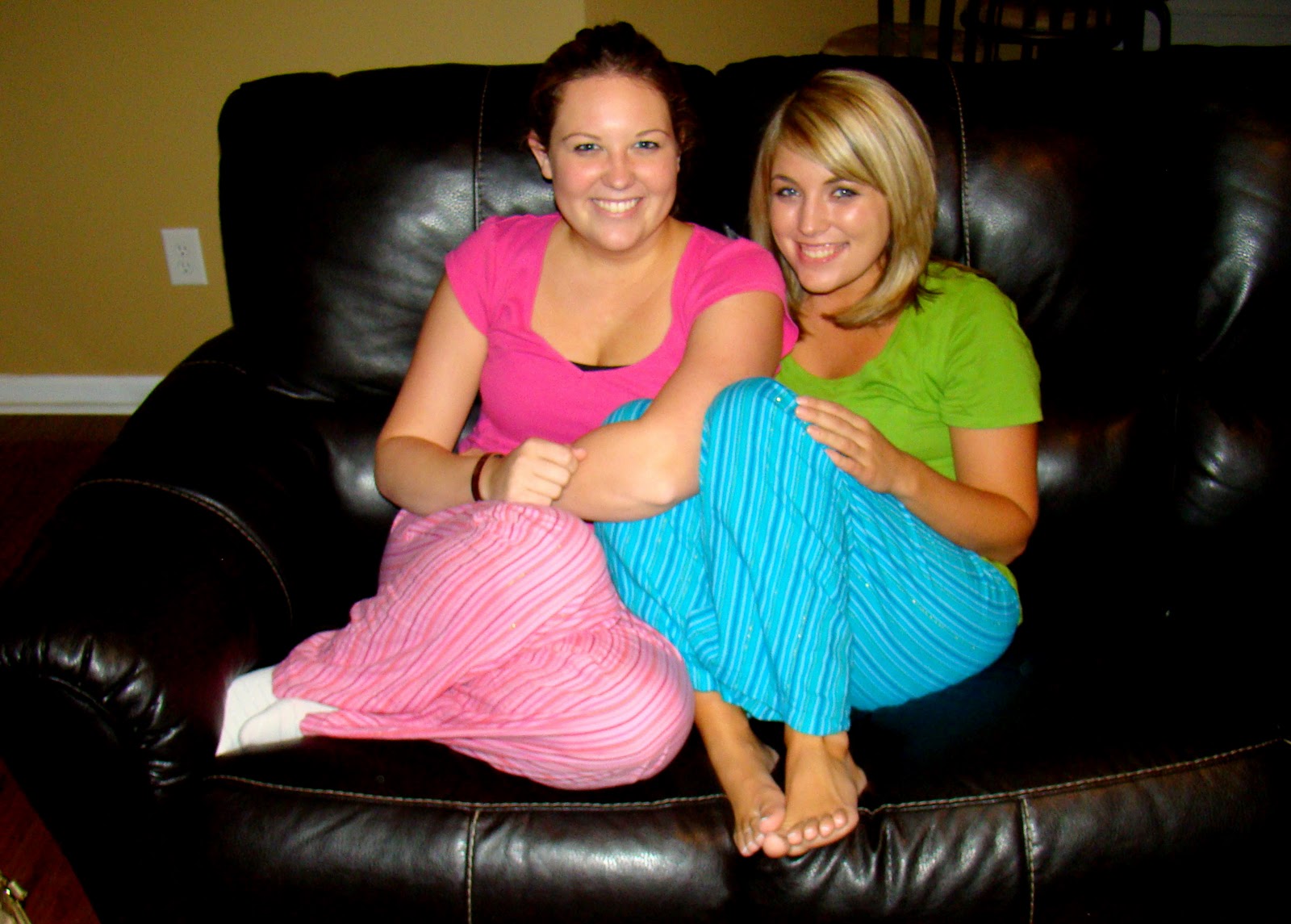 I’ve gotten to know Rachael pretty well and (duh) I like her a lot. So my expectations for Greg were pretty low. I mean you know how it is with couples – you like one person but not usually the other. Since Rachael is so fun, I expected Greg to be pretty lame haha. I’m so happy to say I was WRONG! He was straight up cool, for real. I could tell Zach liked him too. It’s funny because all four of us like to talk and we ended up just talking and talking and talking for the whole night. We had packed Tripoly to play but we didn’t even get a chance to pull it out (we WILL in the future though!!!). I loved that Greg talked a lot too (as Zach typically is the biggest talker in a room), I thought it was great to hear how self motivated he is with his job (as Zach’s the same way with his since he’s self employed), and I just got this great vibe from him that instantly made me feel comfortable around him and like we’d been friends for so long. Zach and I for sure like both of the Copponex’s (or is it Copponexes? Copponexs? Yikes…that’s a strange one) and I hope they like both of the Parkers too b/c we seriously wanna hang out more often!!! And won’t hesitate to invade their house again b/c their bed is beyond comfortable (other than that random alarm at 5 am haha). 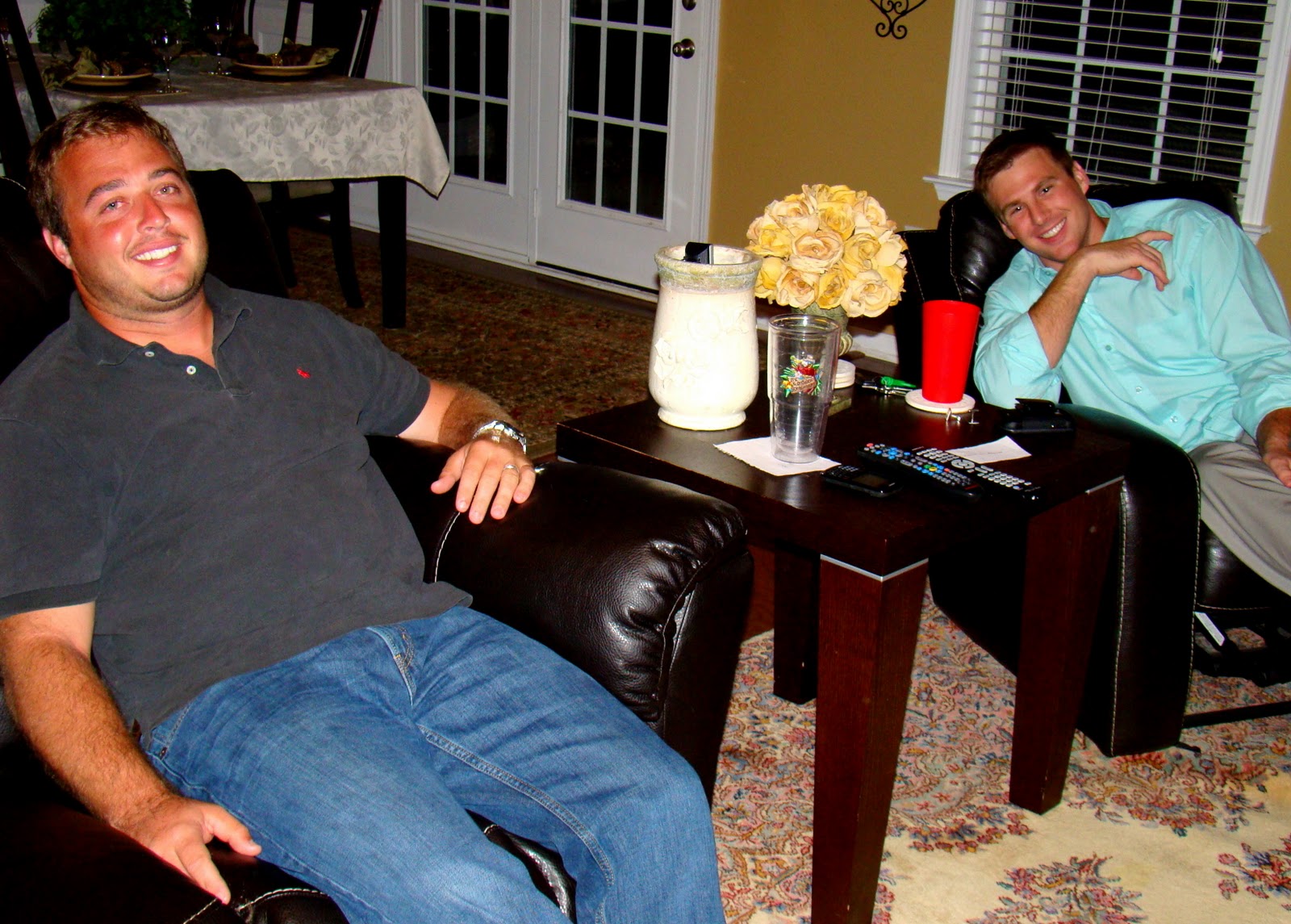 Saturday morning Rachael and Greg met us at “our” house and we headed over to this delicious little country breakfast place (and of course someone recognized Zach there from football/Parker family ~ typical). Then Rach and I went to get our nails done before the wedding and the guys went golfing (another HUGE plus in Greg’s book – he’s a golfer! You know Zach liked that!). I enjoyed the girl time just the two of us and I love how natural our friendship is – I don’t think we could ever run out of stuff to talk about. 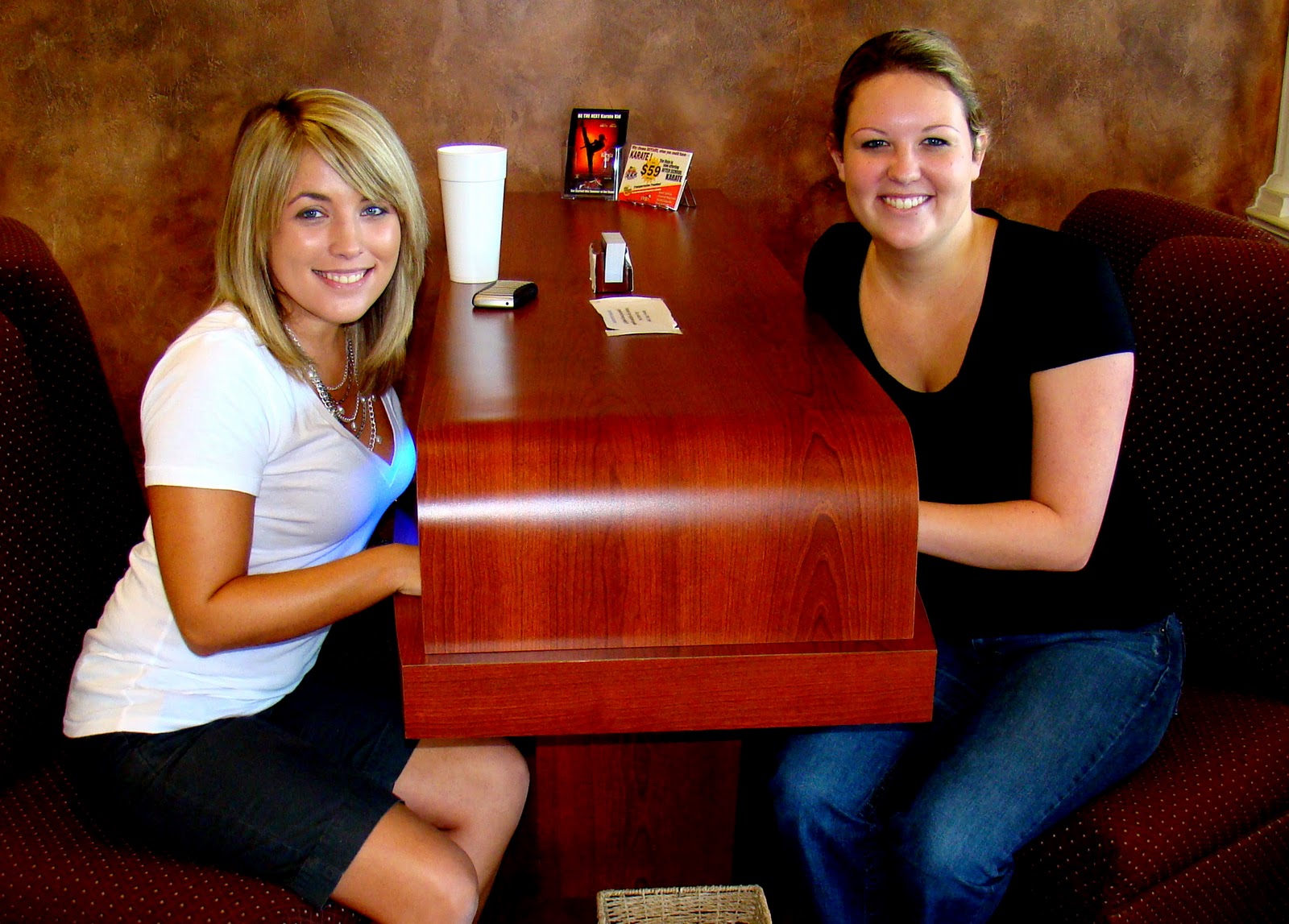 I’m not really sure what all went on after Rachael dropped me off at the hair place with the other bridesmaids to get ready for the big day. I know after golf there was some football watching and bbq eating…and I guess some quick stain removal by Rachael on Zach’s tie 😉 It was obvious that Greg and Zach got along well seeing as they pretty much stuck together the entire time at the reception. Mrs. Tracey (Danielle’s Mom) even commented to me about how wonderful it was that the boys hit it off so great since Rachael and I were good friends. This wedding sure did bring a lot of great things to our lives ya know?

The night after the wedding we had planned on spending the night at the airport since our flight for Jamaica was at 6:30 am Sunday morning. I guess during the golf/football/bbq the guys decided that we should just stay there that night so after they dipped out early from the reception, and Rachael and I got back to their house, we stayed up again talking some. I loved looking through Rachael and Greg’s wedding pictures and talking about Disney with them. The funnest quote of the weekend was when I was looking at their wedding album and Greg said that he wishes he was good at those gay poses that Zach’s so good at in pictures. And he was being dead serious hahaha.

I know right now Rachael is busy being the wedding coordinator extroversion for Sarah‘s wedding and I’m busy with housebuilding but I hope stuff calms down for us both soon so we can make some plans to all get together. We know the parents like each other and I wanna see Macy and Kye play together too 🙂

Thanks SO much again Rachael for letting us take over your home for the weekend! Hope you’re enjoying my flip flops, your socks enjoyed Jamaica 😉