Babywise discusses the value of independent playtime on page 210. “Planned daily playpen times allow a little one the opportunity to develop:

b) a sustained attention span

c) creativity (Creativity is the product of boundaries, not freedom. With absolute freedom, there is no need for creative thinking or problem solving)

d) the ability to entertain himself or herself

I know when people think of Babywise they typically think of a sleep schedule, since it’s “claim to fame” is that children on a Babywise schedule sleep through the night at around 8-12 weeks old. While this is true, Babywise offers much more than just a schedule. I’m a HUGE believer in the importance of independent playtime.

As a newborn, independent playtime is brief and is on a playmat. I still stay in the room with the baby but they “play” alone for a few minutes during their brief awake time. (Here is Britt’s last playtime in her room) 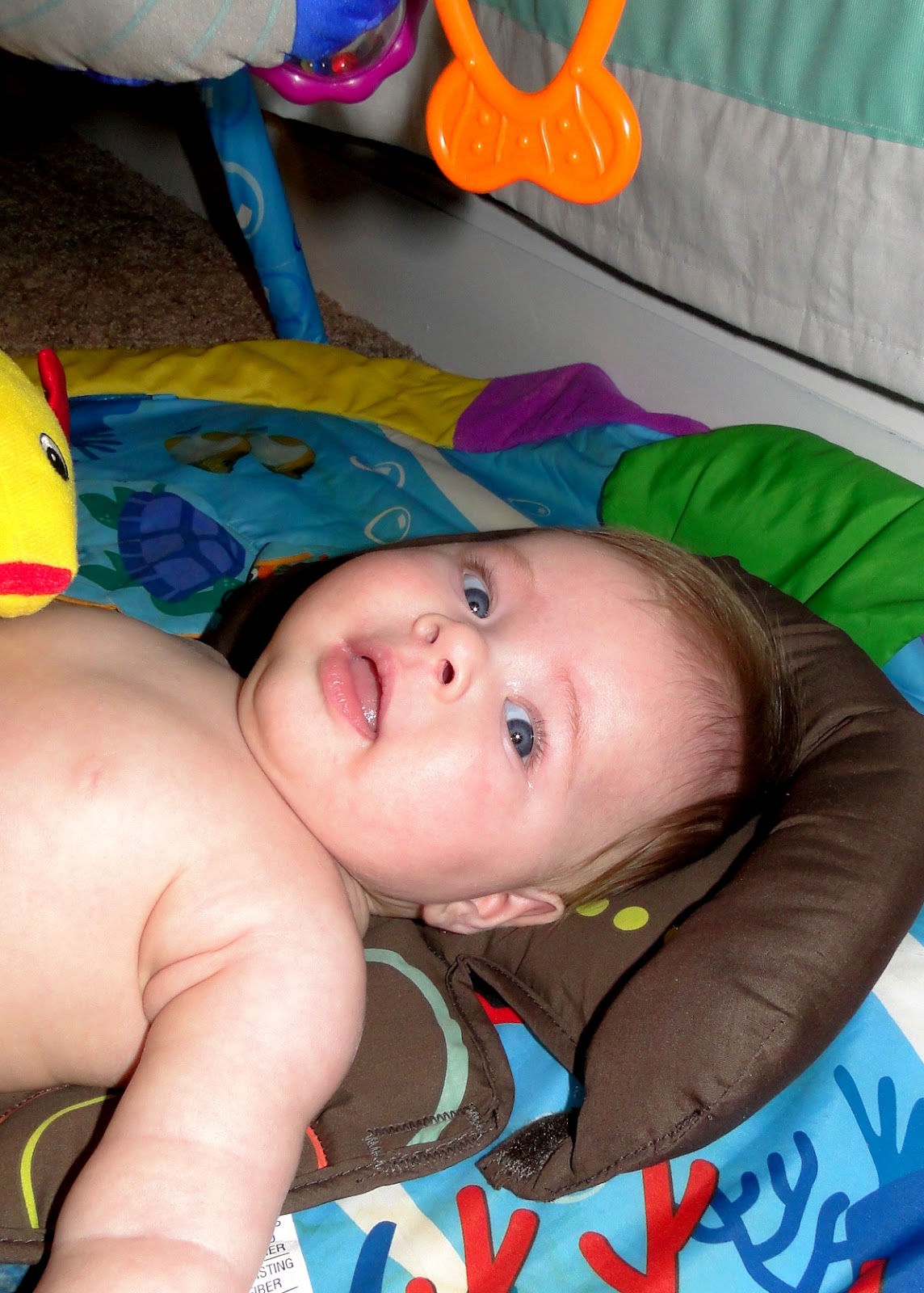 Once the baby is around 3 months old, you move them to a pack and play for their independent playtime. For Brittlynn, I set up the pack and play in the dining room. It’s in an area where I can check on her easily without her seeing me but where I can also get things done while she’s playing. I put her playmat in the pack and play and she still lays on that during her time. I put her in there soon after she eats at each feeding time and I set a timer for 15 minutes. This gives me a chance to clean up, fix Kye’s lunch, or spend a little alone time with him. It gives Brittlynn some time to herself and helps her with all of the benefits I mentioned above.

First time having independent playtime in the pack and play 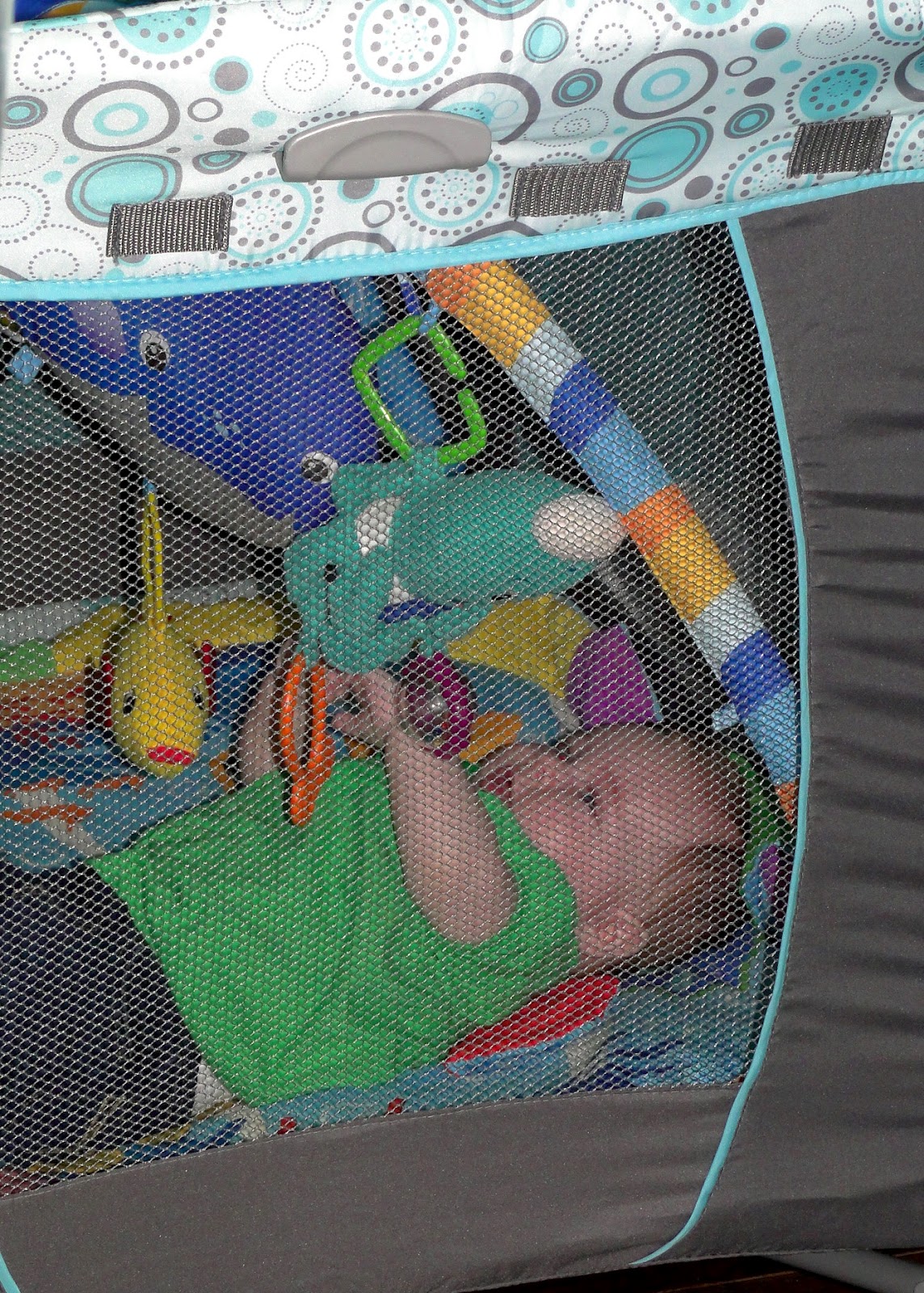 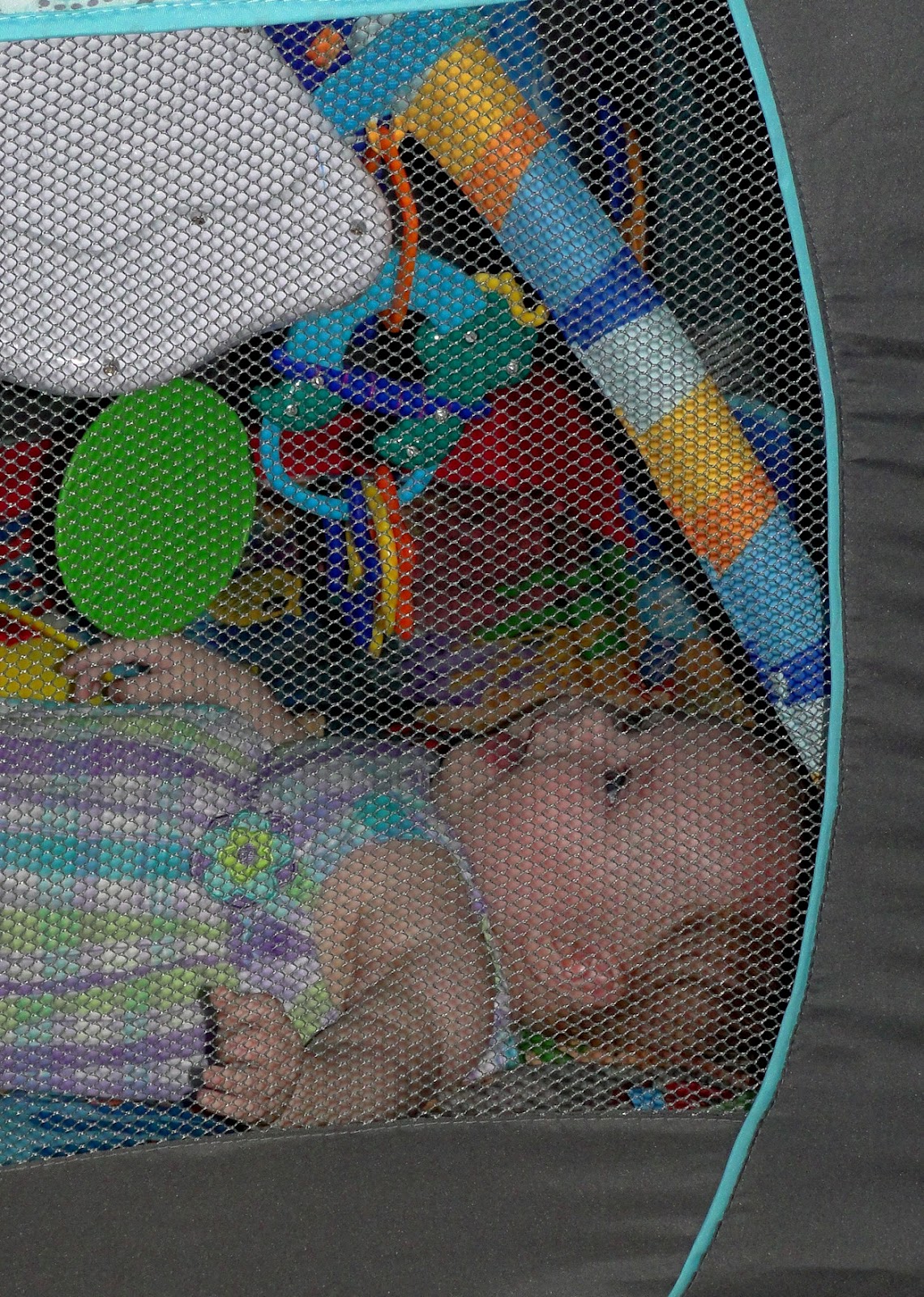 She is SO strong that she typically pulls down all the toys! 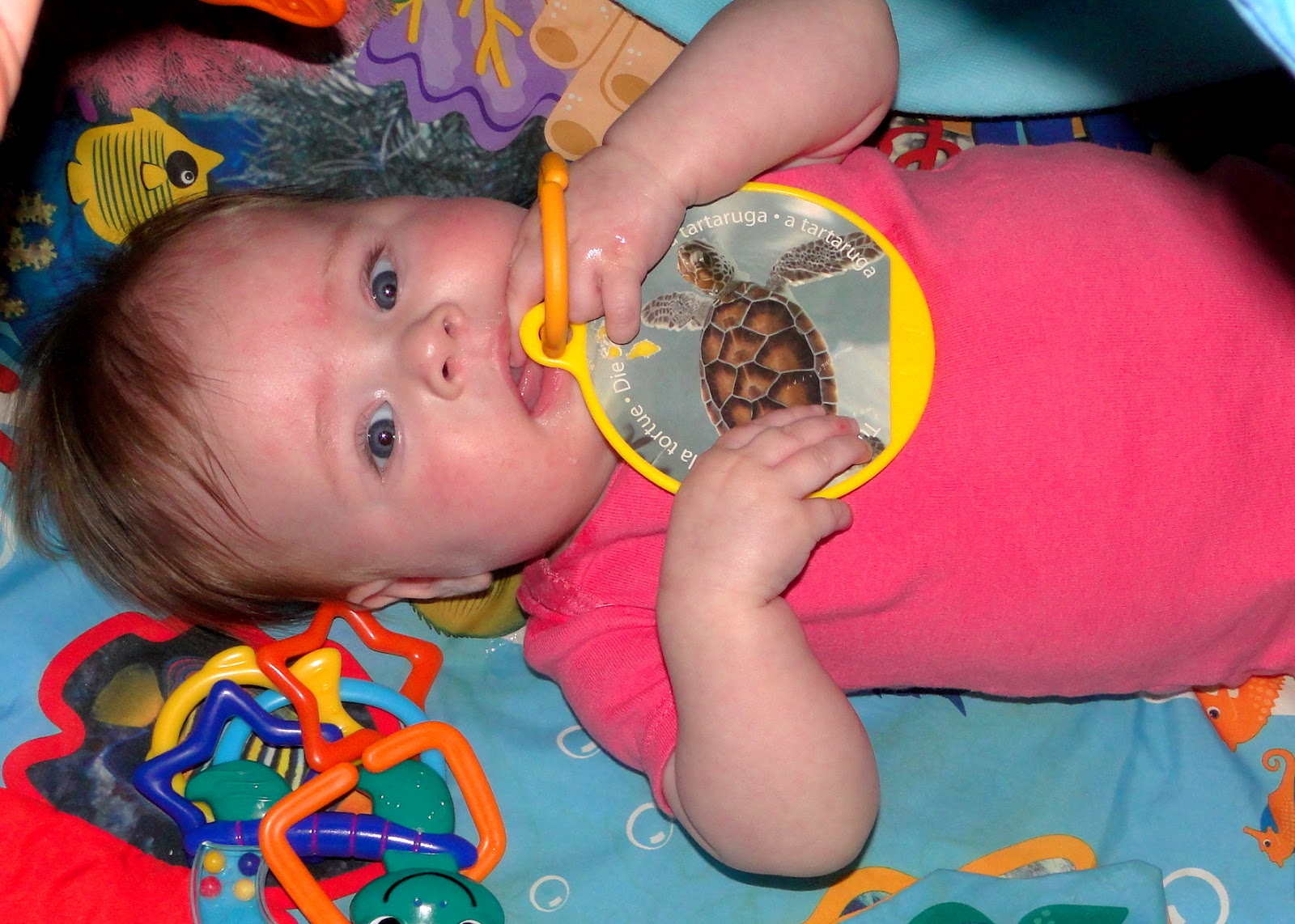 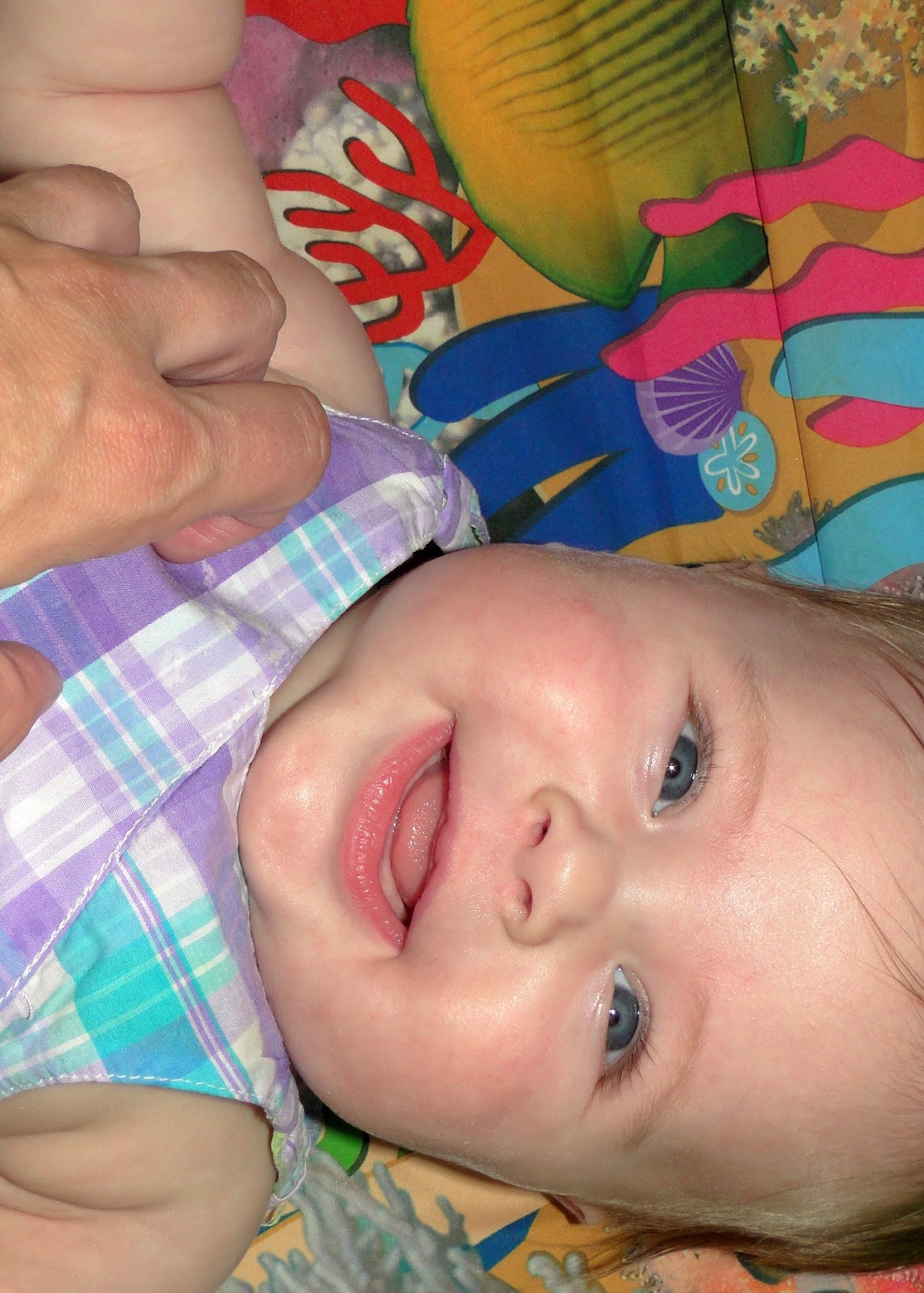 Kye knows that he must leave her alone during this time and cannot mess with her until the timer goes off! 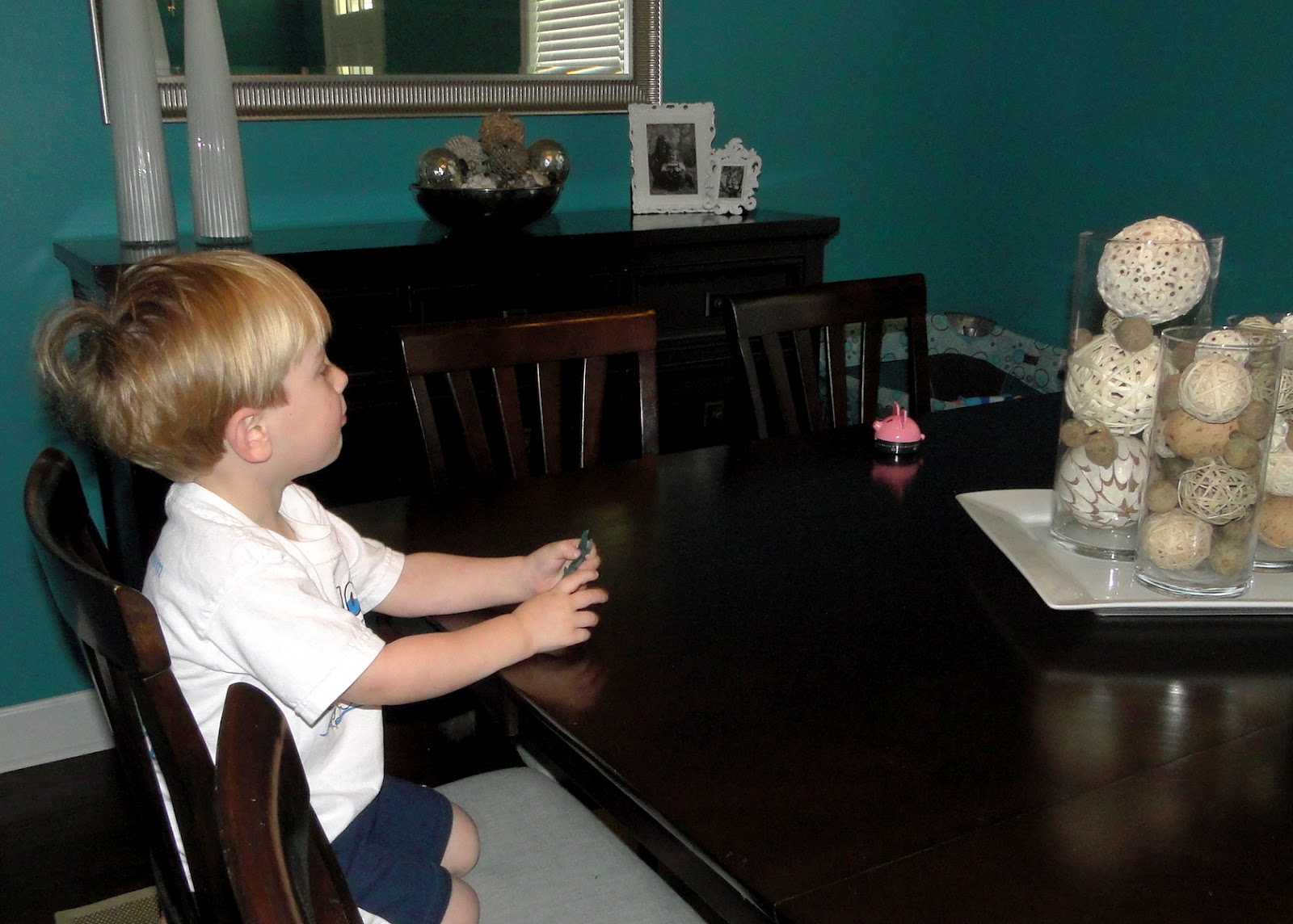 Then he often wants to get in to play with her!!! 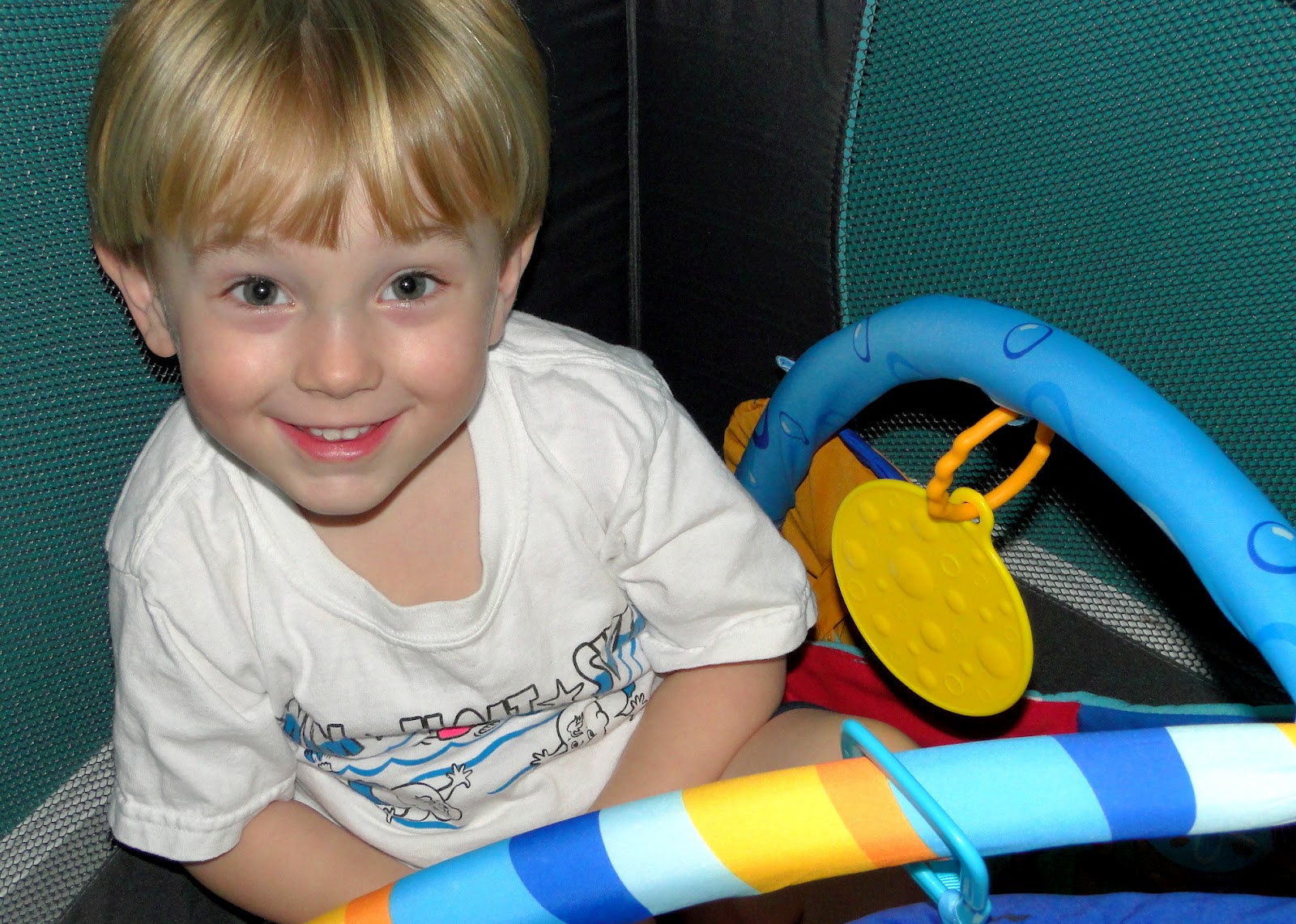 Here’s a video of them together. 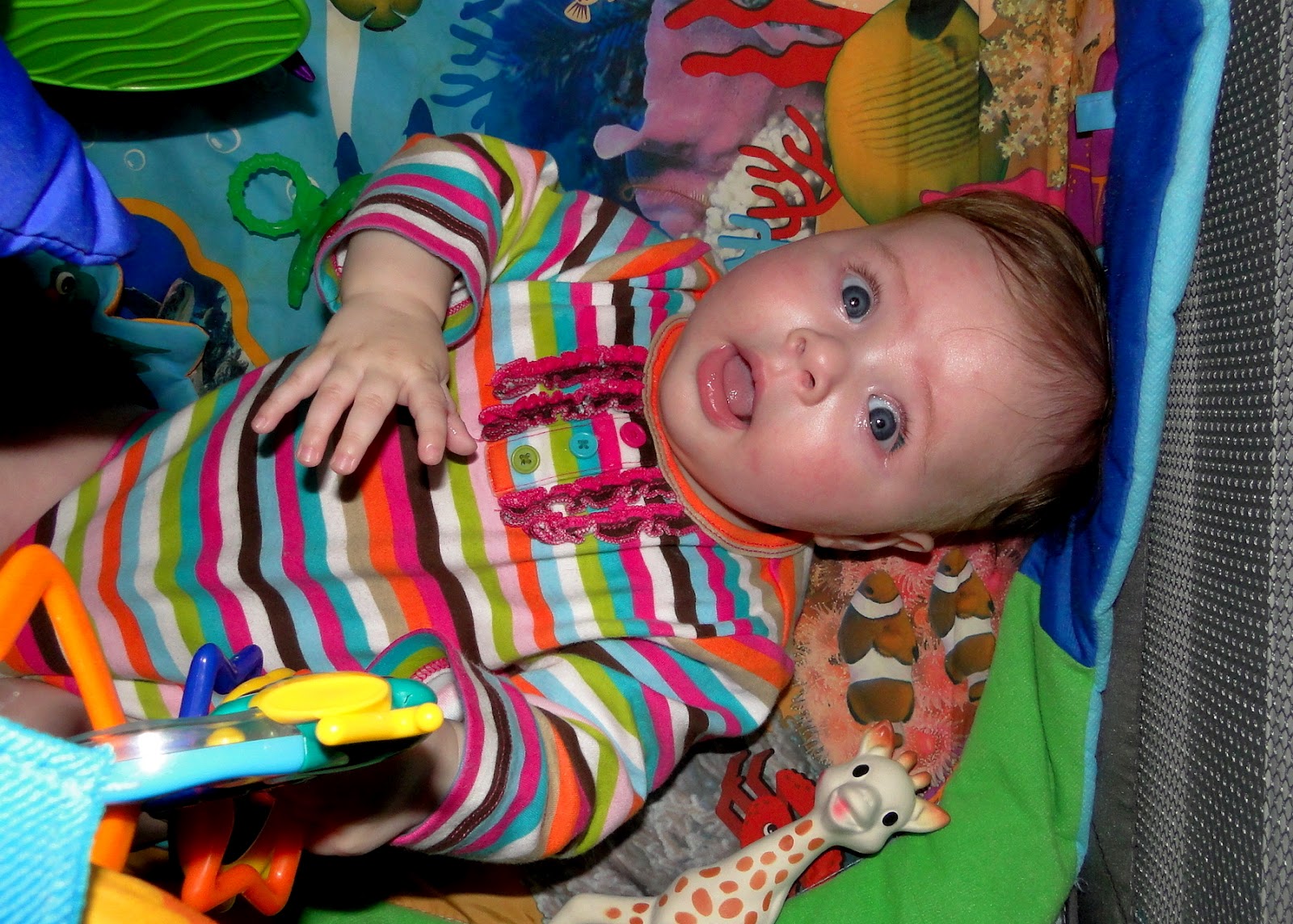 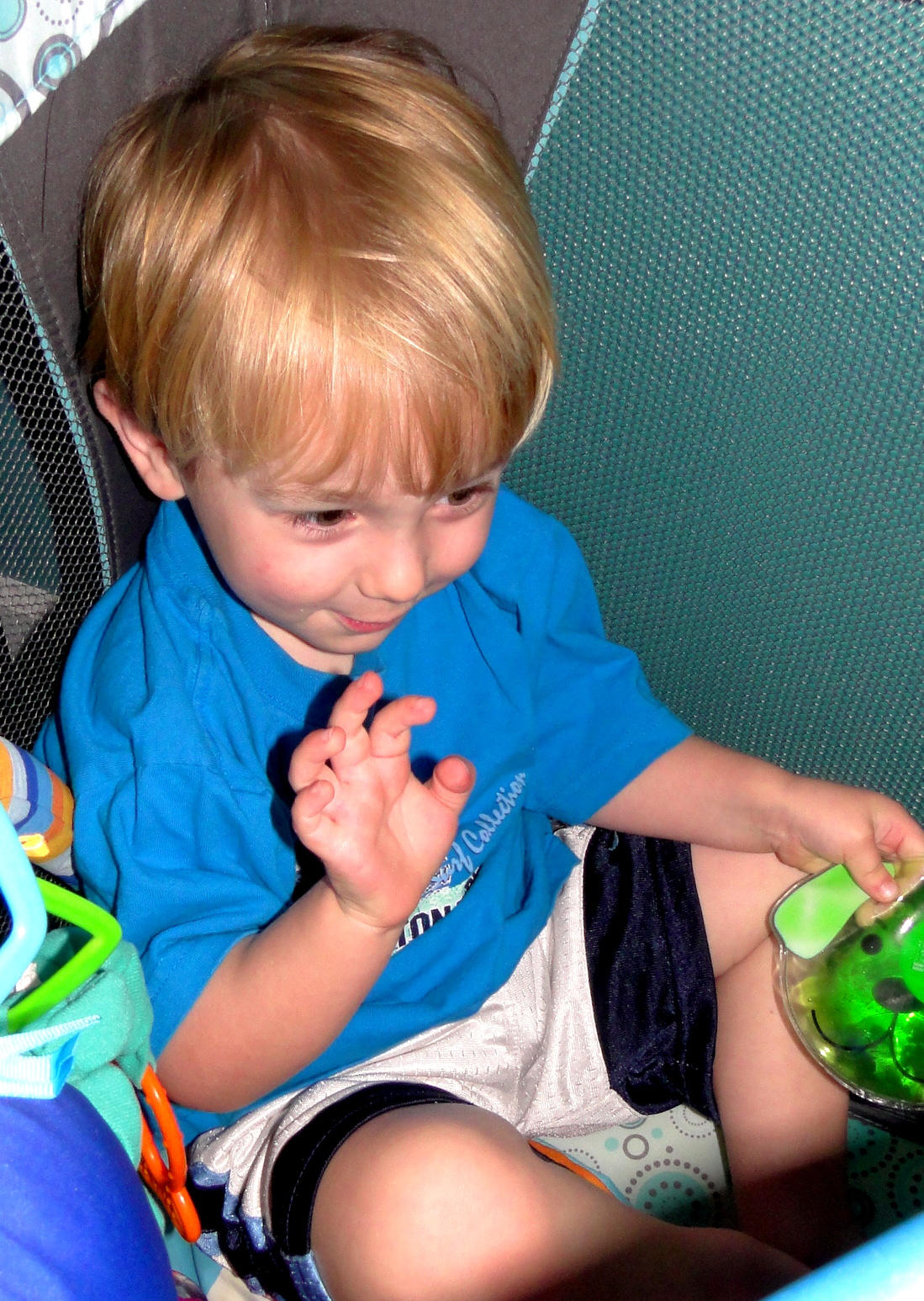 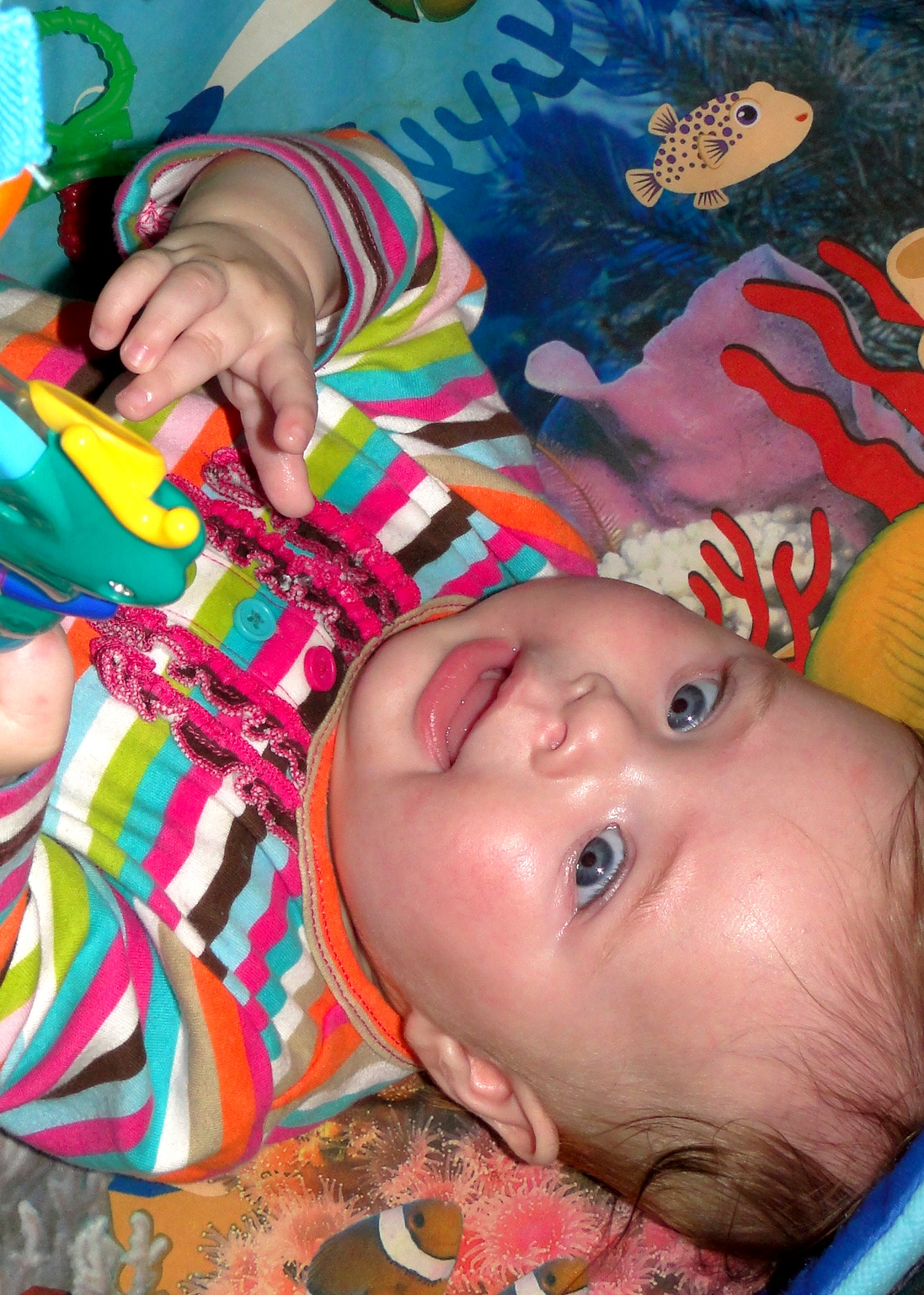 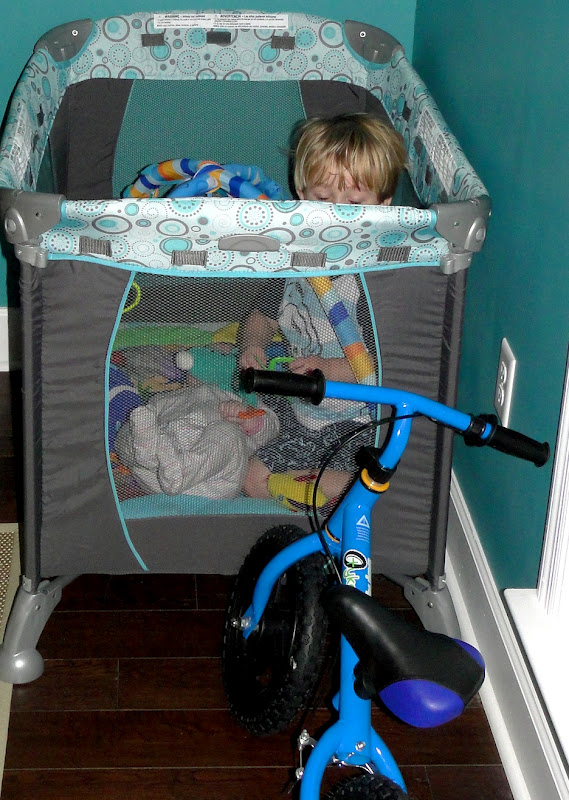 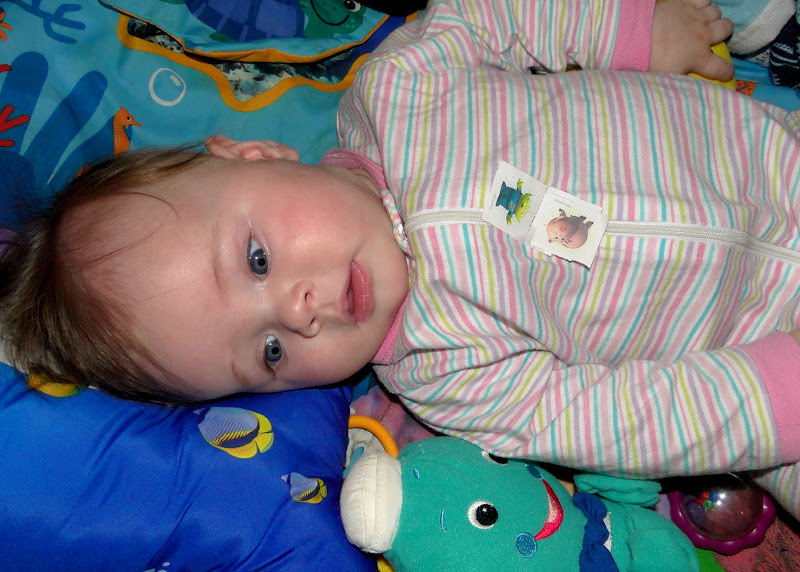 Just as independent playtime is important, so is sibling time. I want for my children to enjoy each other and to have that special sibling bond. My brother and I always had each other’s backs when we were growing up. We didn’t often tattle on each other, we were (typically) a team on stuff. I want that for Kye and Britt as well. I feel that allowing them alone time together is just as important as me getting alone time with each of them. I didn’t think I’d feel comfortable having Kye and Brittlynn “alone” together for a long time but once she started having independent playtime in the pack and play it just sort of naturally happened. Kye wanted to join her, so when her timer went off I let him get in and play!

I do not force Kye to get in and play with her. It’s not a required thing (while independent playtime IS a must-have…Kye’s version is 40 solid minutes of roomtime in his playroom where he plays on his own). I know as they get older “sibling time” will happen naturally several times throughout the day. But at this phase in their lives I have to make plans and preparations for them to be “alone” together. The pack and play is perfect for this. As mentioned earlier, it’s in a central location where they can be “alone” but I am easily able to check on them without being noticed. It’s also a confined area where I don’t have to worry about anyone getting hurt and it has a limited amount of toys in it which are all age appropriate for Brittlynn. 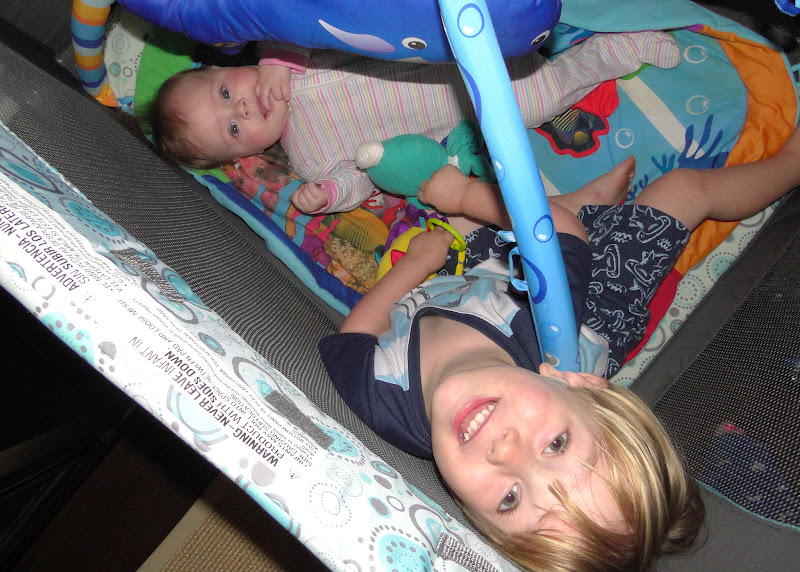 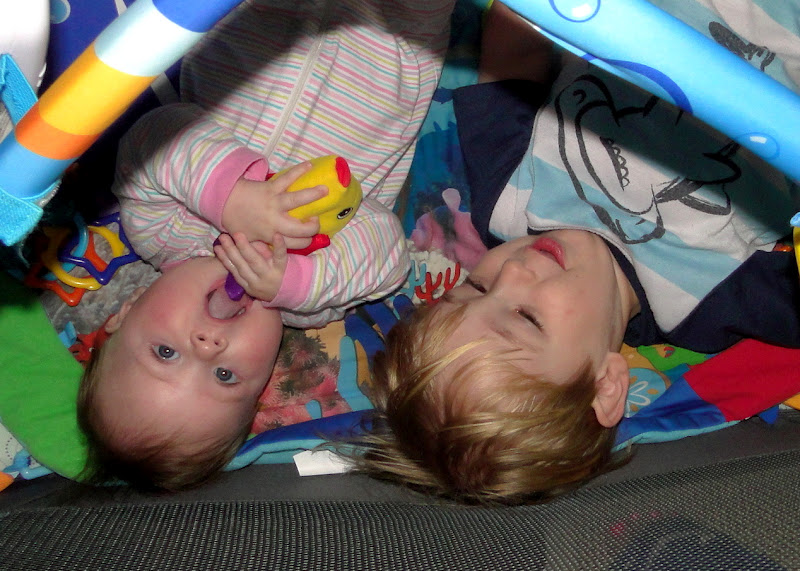 It makes my heart so happy that Kye is so eager and excited to play with his sister. They both TRULY enjoy this time together. I have had many times where I have to make them stop!!! The first time Kye played with her in the pack and play they played for thirty minutes. No joke! And they were both happy as could be about it!!! Their time together is so valuable and I’m thankful that they both have such a good time. Kye loves to explain all of her toys to her and she just eats up all the attention. I love to spy on them and listen in on all the things Kye talks about with her. 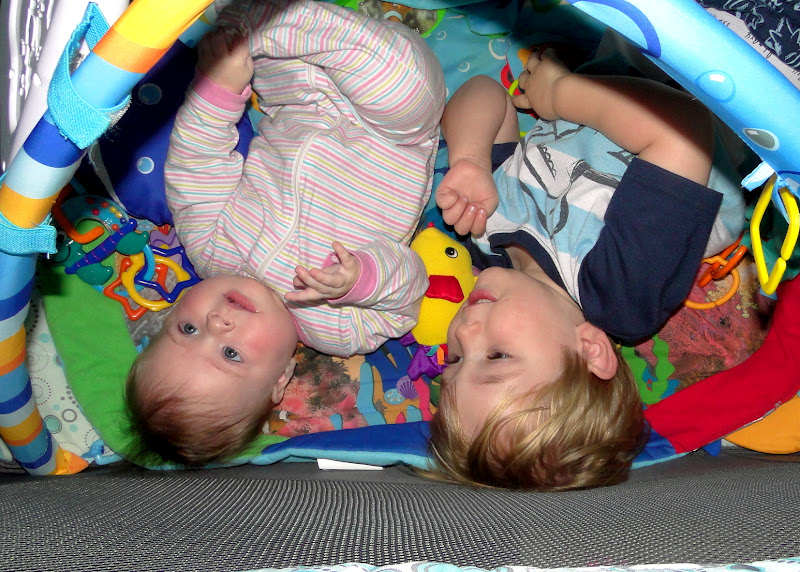 This is beyond precious to me 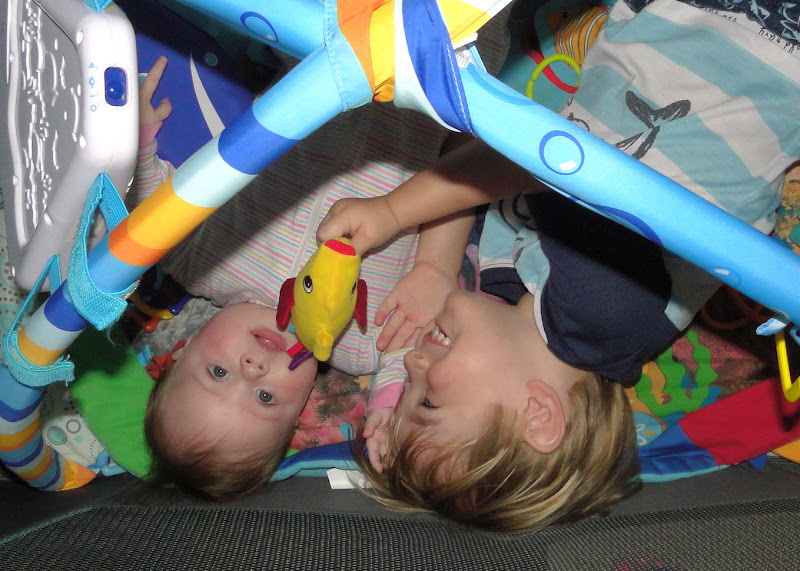 Here’s a video of them together 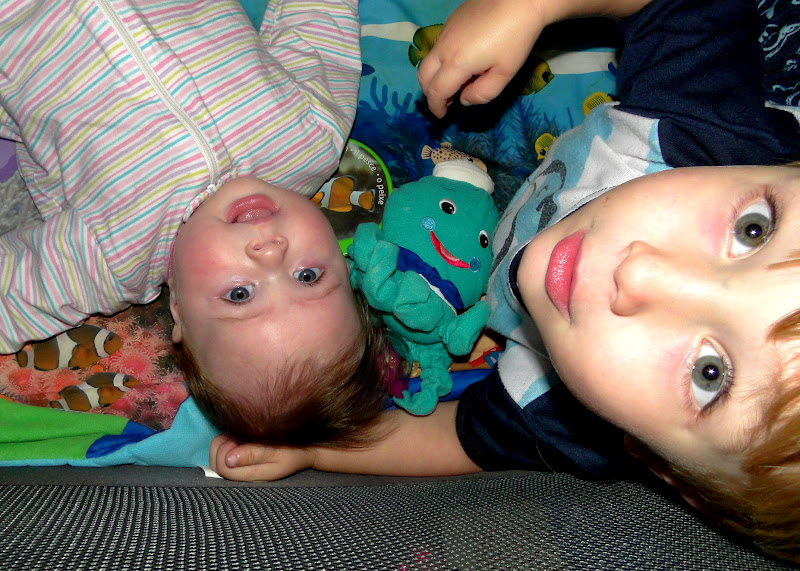 I caught him holding her hand while playing! 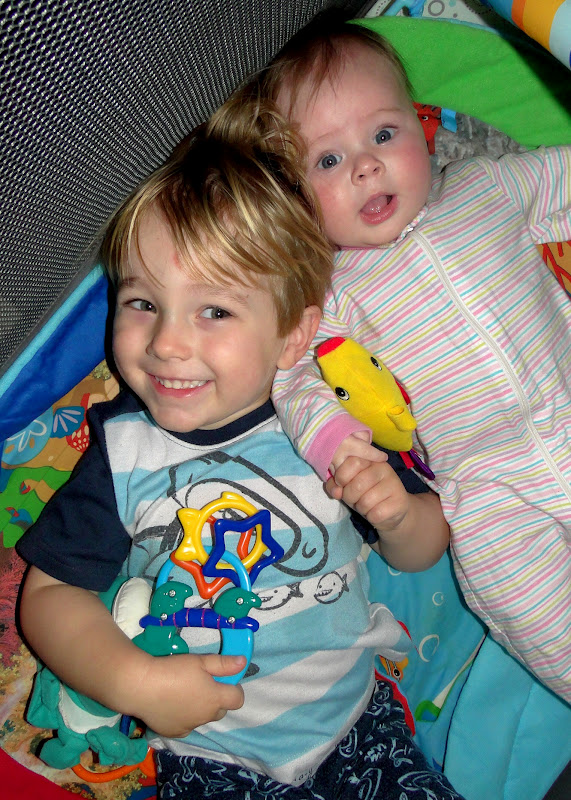 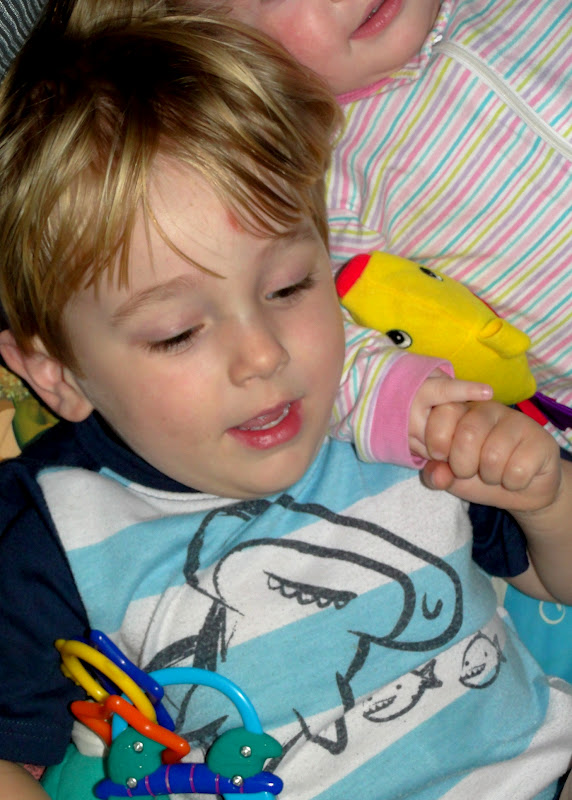 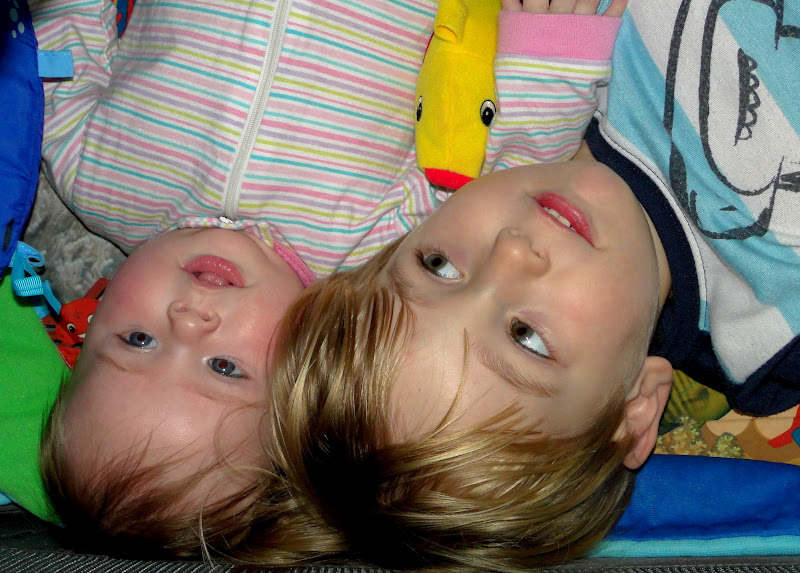 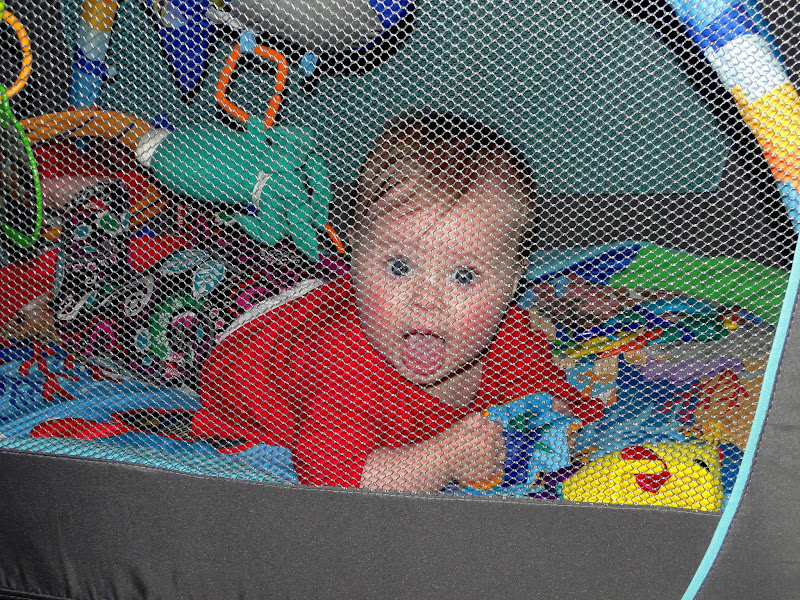 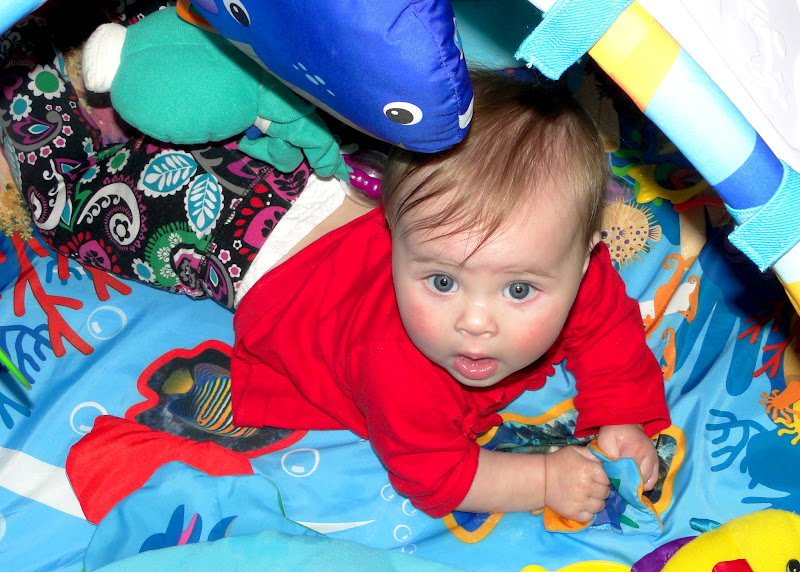 All of you know how much I adore the Babywise series and how valuable I think life on a schedule is for my children. Sleep is critical. Routine is beneficial. And, in my opinion, independent playtime is another crucial component of my parenting style. One of my top goals in my parenting is to raise independent children. Kye never went through a separation anxiety type phase, until we STOPPED doing independent playtime. When we lived with my mom while building our new house I stopped having him do it each day because I didn’t want to deal with it while living with someone else and having things kinda crazy. During that time, Kye’s personality was different. He cried every single time we dropped him off at Bible Class and he’d never done that before. As soon as we got settled in the new house we started back to independent playtime and BAM! he went back to his happy, confident self!

I start my children on independent playtime from an early age, but you don’t have to! If you have an older child, you will still see all the benefits of independent play even if you start it now! It’s important to create an age appropriate boundary for them. Britt started on just her playmat in her room, now she’s in the pack and play. Her time will stay there until she’s over a year old and ready to transition to a bigger space. For Kye I set up a baby gate system where he played in a hallway for his independent playtime. It was more room than the pack and play, but not as much freedom as an actual room. Once he got a little older we transitioned him to what we now call room time where he plays in the playroom. He has rules during that time. He must play until the timer goes off (right now we’re at 40 min one time per day, if we’d never stopped doing it he’d probably be up to an hour by now), he must not get out ALL of the toys up there at once, and he must clean them all up before I come up stairs to get him. He knows these rules and we go over them every time I take him up there. I do allow him video time each day and I have that time immediately after his roomtime so it’s like a reward for doing well! He ENJOYS this time and I love hearing him playing so happily on his own and I enjoy hearing what creative things he comes up with!

If you’re starting independent playtime, start with a small amount of time (even just five minutes) then slowly work up to be longer and longer. Congratulate your child and shower them with praise when the timer goes off! Also, even at Brittlynn’s age, I always sing the “clean up” song while I’m cleaning up so they can learn the importance of putting things away when we’re done playing with them.

I know independent playtime is not for everyone, but I’m thankful that it’s part of our day and I especially love that it has also introduced sibling time into our routine!