Several months ago I saw that the Harlem Globetrotters were coming to town and thought it’d be a fun thing for Kye to get to experience. Zach and I used to watch The Amazing Race and loved two of the Globetrotters who were on it a couple years ago so I’ve kinda always wanted to see their show ever sense! They were coming to play at VSU and I jumped at the chance to buy tickets.

The event started at 7 pm on Tuesday March 12th. Zach was out of town the night prior on business and was going to meet us there. Mrs. Charlotte came to our house to watch Britt for us and Kye and I got there super early since our seats were general admission.

The night before had been one of the worst nights I’ve had since Britt was a newborn. Kye had this awful cough and woke up a zillion times during the night. Seriously, he hasn’t woken up that often since he was 8 weeks old haha. He RARELY wakes up once in the night, and NEVER wakes up more often than that. I tried giving him medicine to help but poor kid just couldn’t sleep b/c of the cough 🙁 Whenever Zach is gone I’m SUPER scared anyway and being up and down all night didn’t help me sleep either. Plus I was dealing with foot pain and that always makes it hard to get a good nights rest. Anyway. Kye and I didn’t get any sleep all night…not exactly the best idea to have to go to an event after a night like that!!! It turns out Zach didn’t get any sleep either! He was at a meeting where he had to share a hotel room with someone else and his roommate was snoring so bad that poor Zach finally ended up asking the hotel to just let him sleep somewhere, anywhere haha. We were a tired bunch for sure! 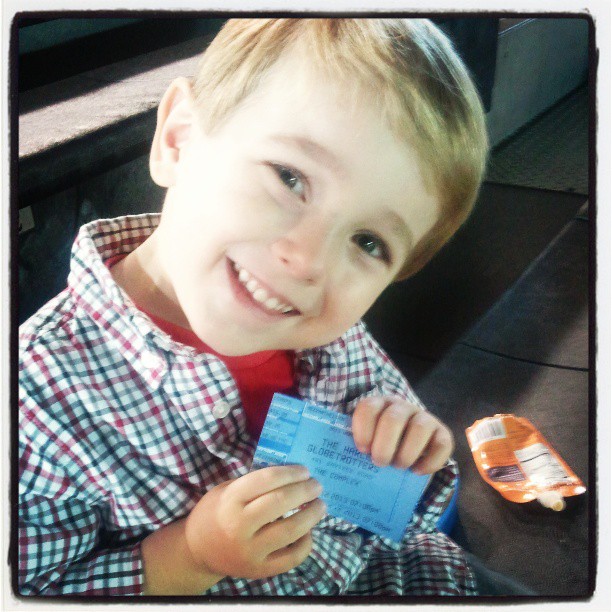 I packed Kye’s dinner to eat while we waited for the show to start. There were venders selling all kinds of junk food and souvenirs but I told Kye that we have goals as a family and that God requires us to be good stewards of our money so we couldn’t buy those things. He did well handling it! 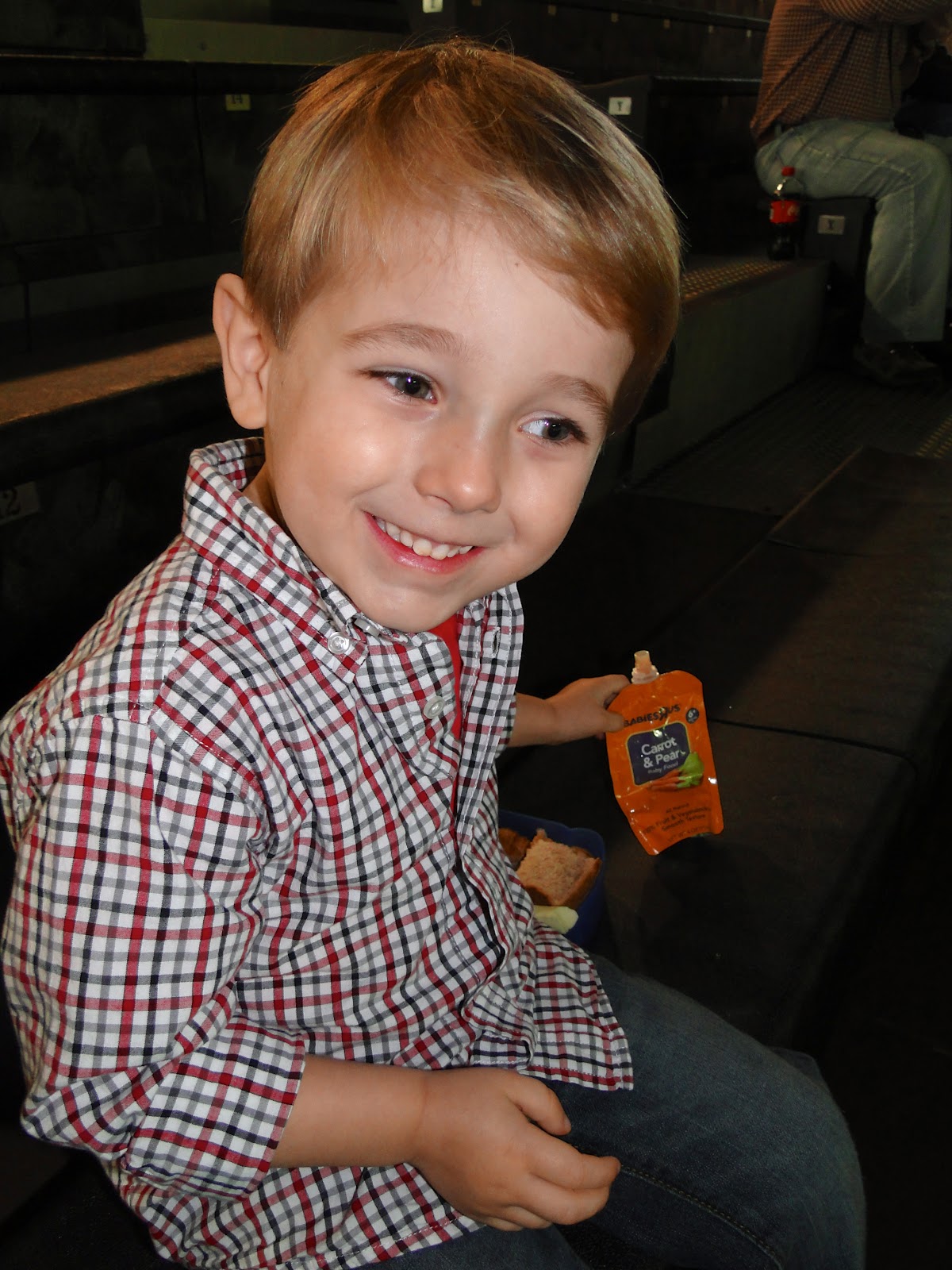 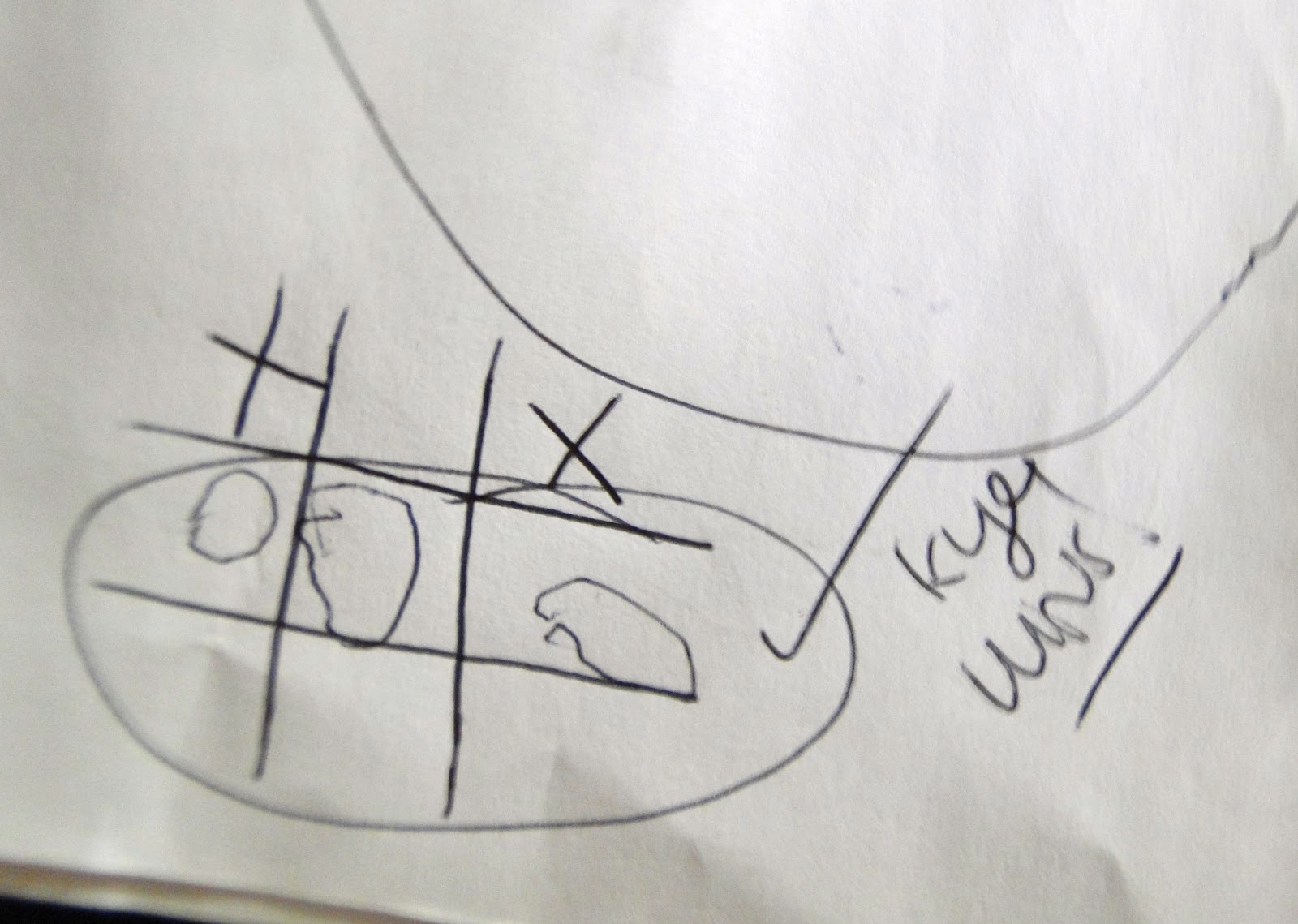 He also enjoyed the pre-show entertainment, and was SO cute standing up and dancing! 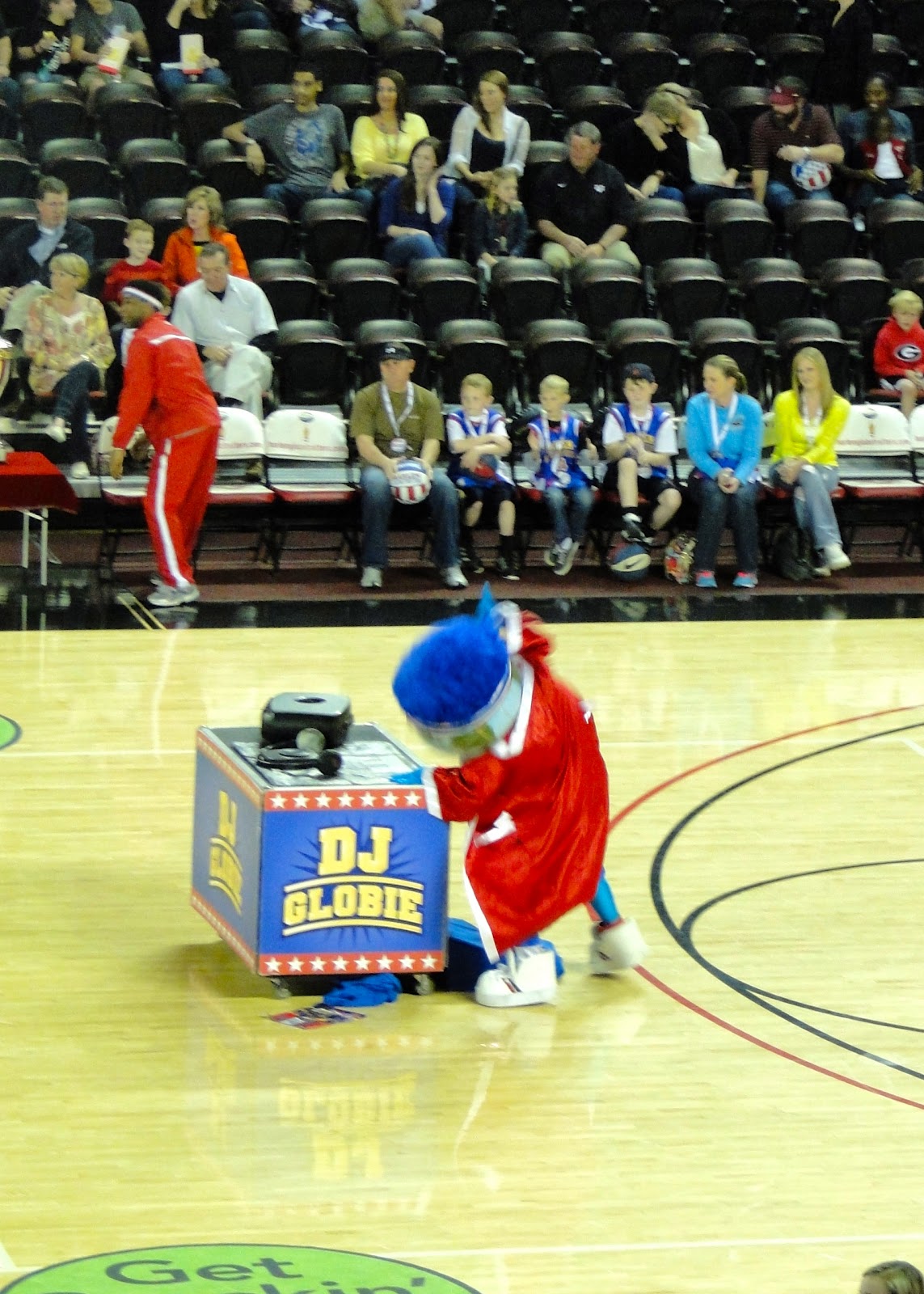 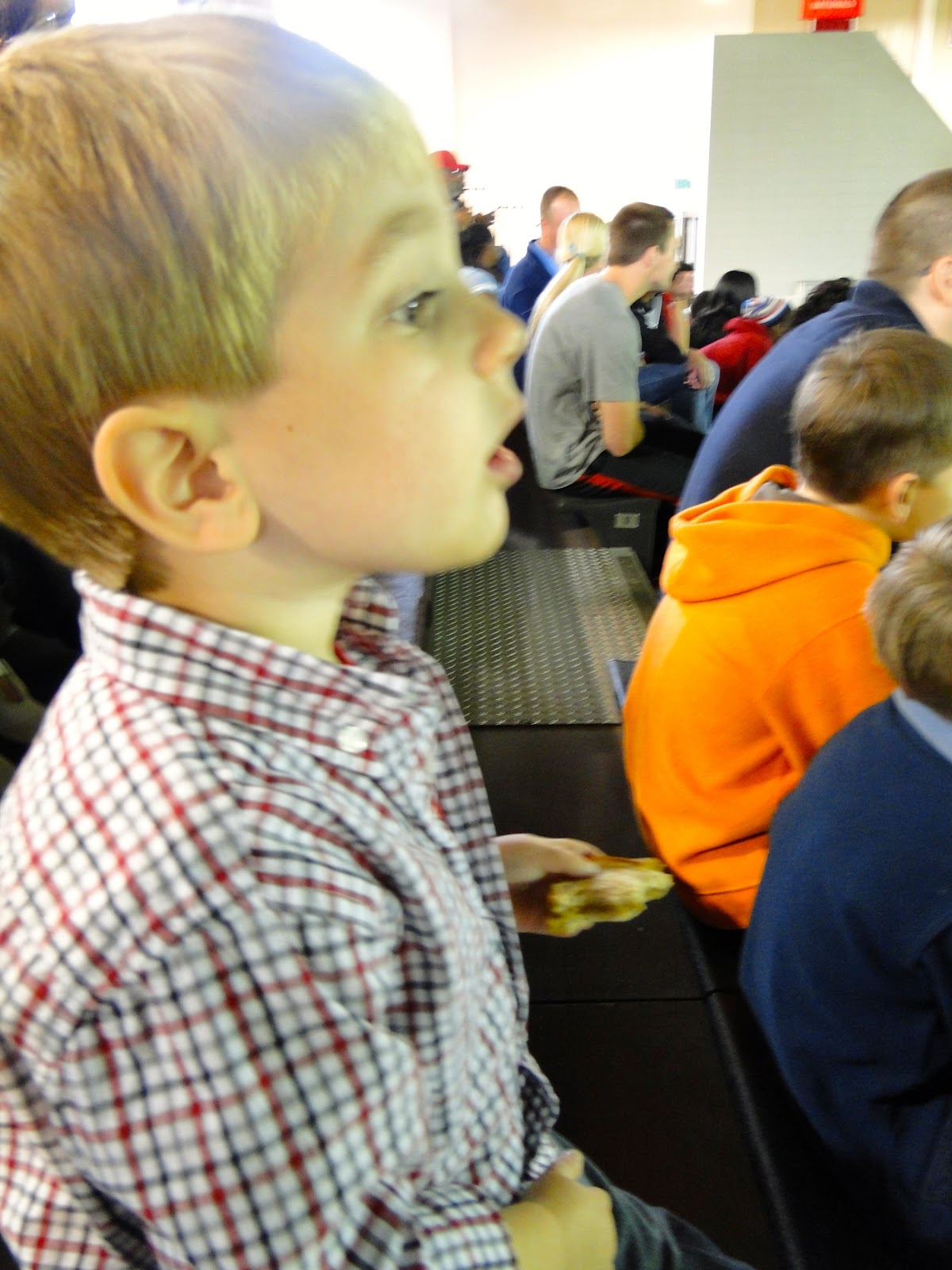 Zach got there right before it all started. I had always heard GREAT things about the Harlem Globetrotters and how their show is “family friendly fun.” Well. I realized that night that the world’s definition of “family friendly” and our definition of what we consider to be “family friendly” are two different things. They played a lot of music that we found inappropriate. They did some dancing that was also inappropriate and sexual in nature. I was shocked at how many of the “jokes” were very rude and distasteful (teasing the ref for being ugly, fat, etc) and how unsportsmanlike they were in the “game.” A lot of booing the other team, name-calling, etc. We work hard with Kye to teach him how to be a good sport and I was disappointed to see that! I had pictured them doing a lot of neat basketball tricks and such and while they did those things too, most of it was very disappointing and I regretted spending the money on the tickets. 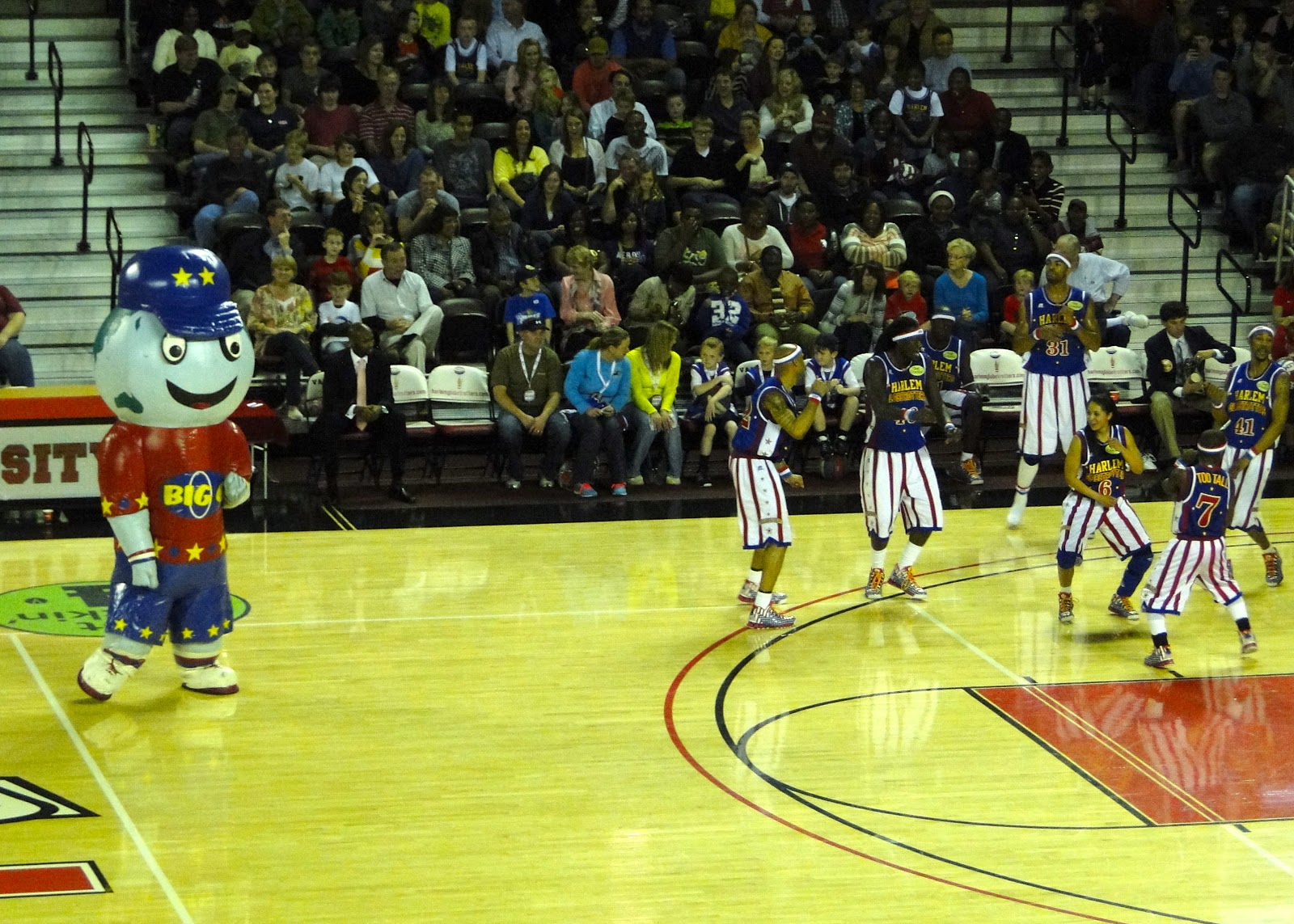 Kye didn’t even really enjoy it either. He was tired and bored. He kept wanting to draw pictures rather than watch the game haha 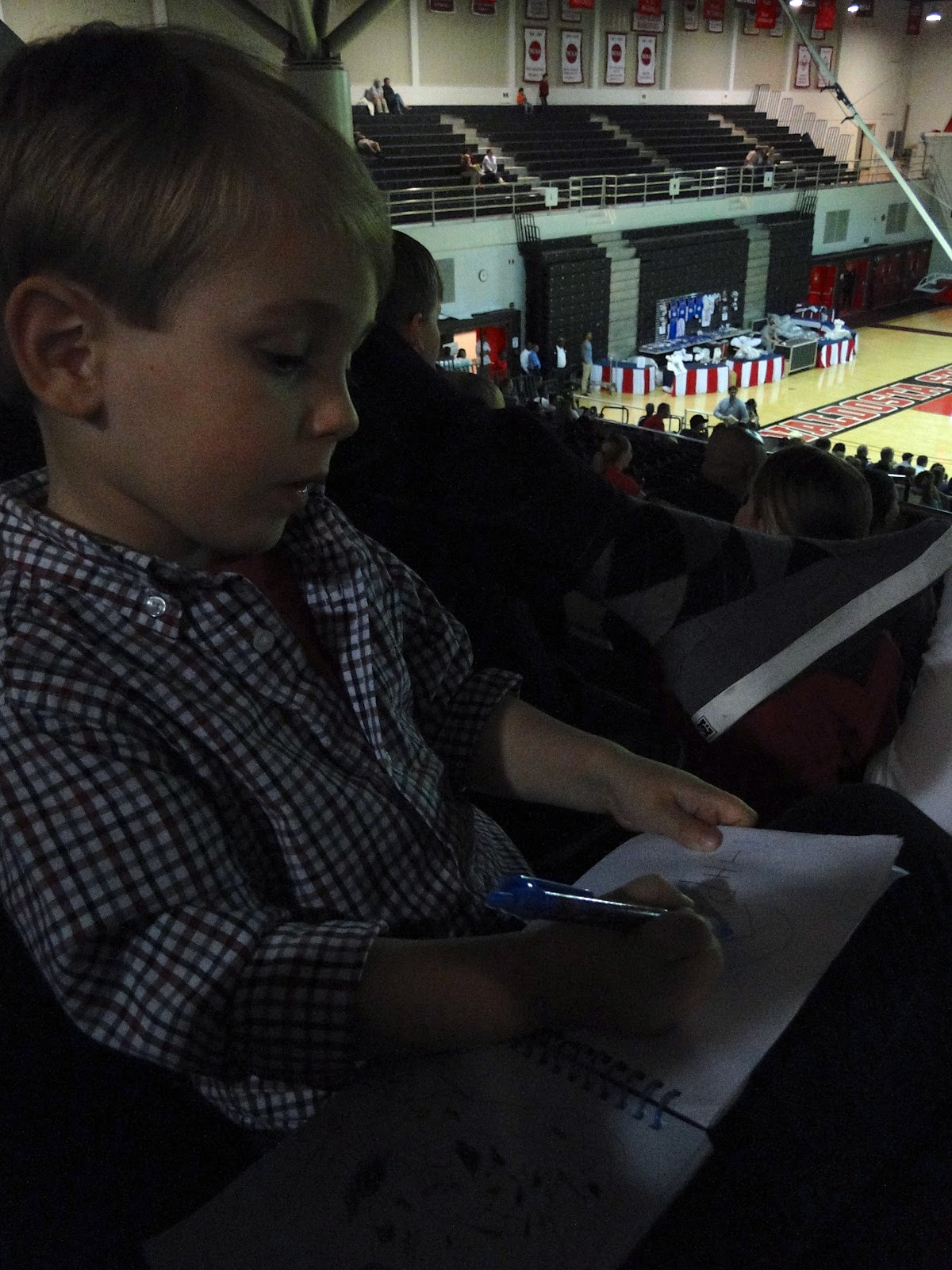 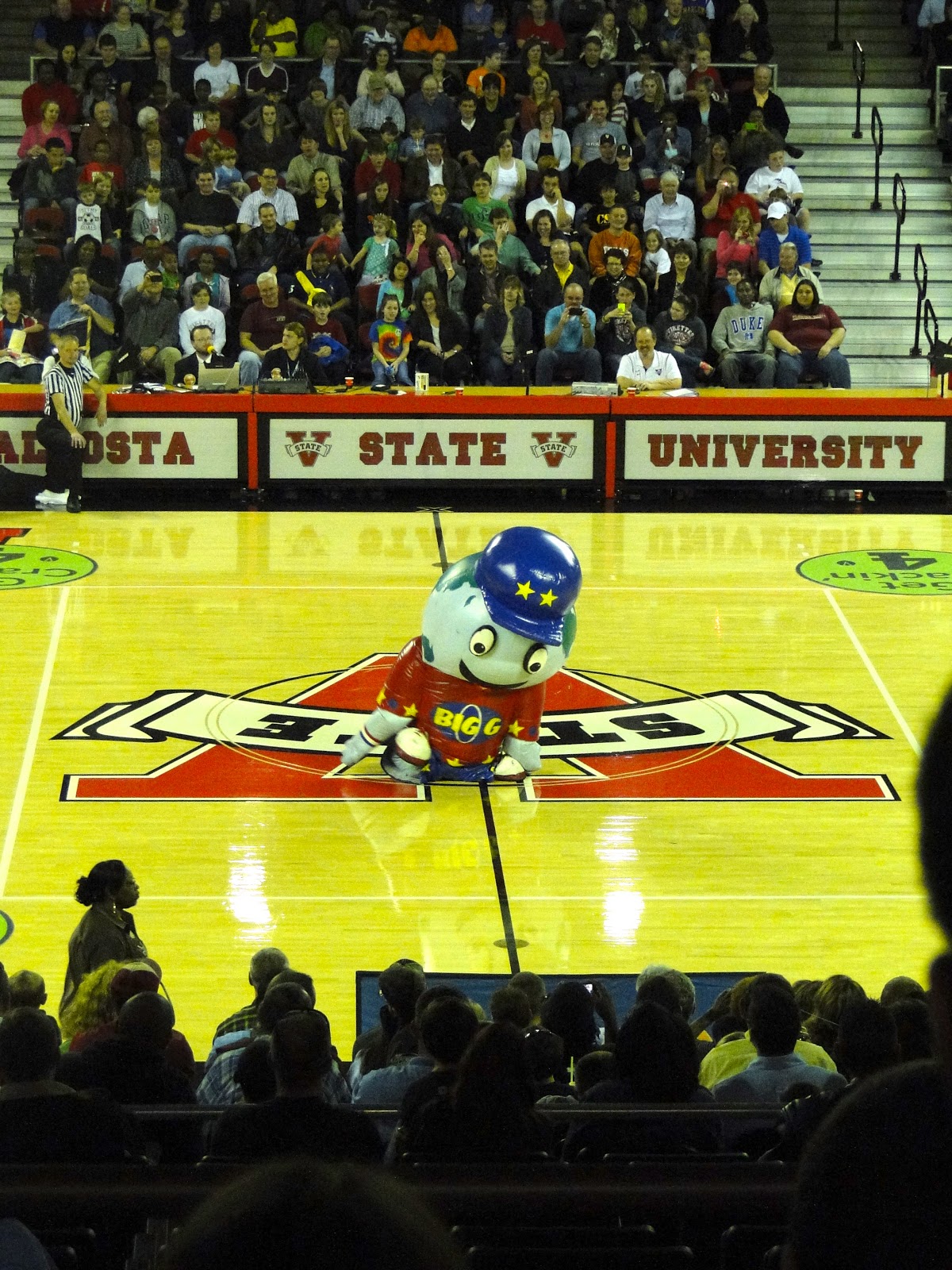 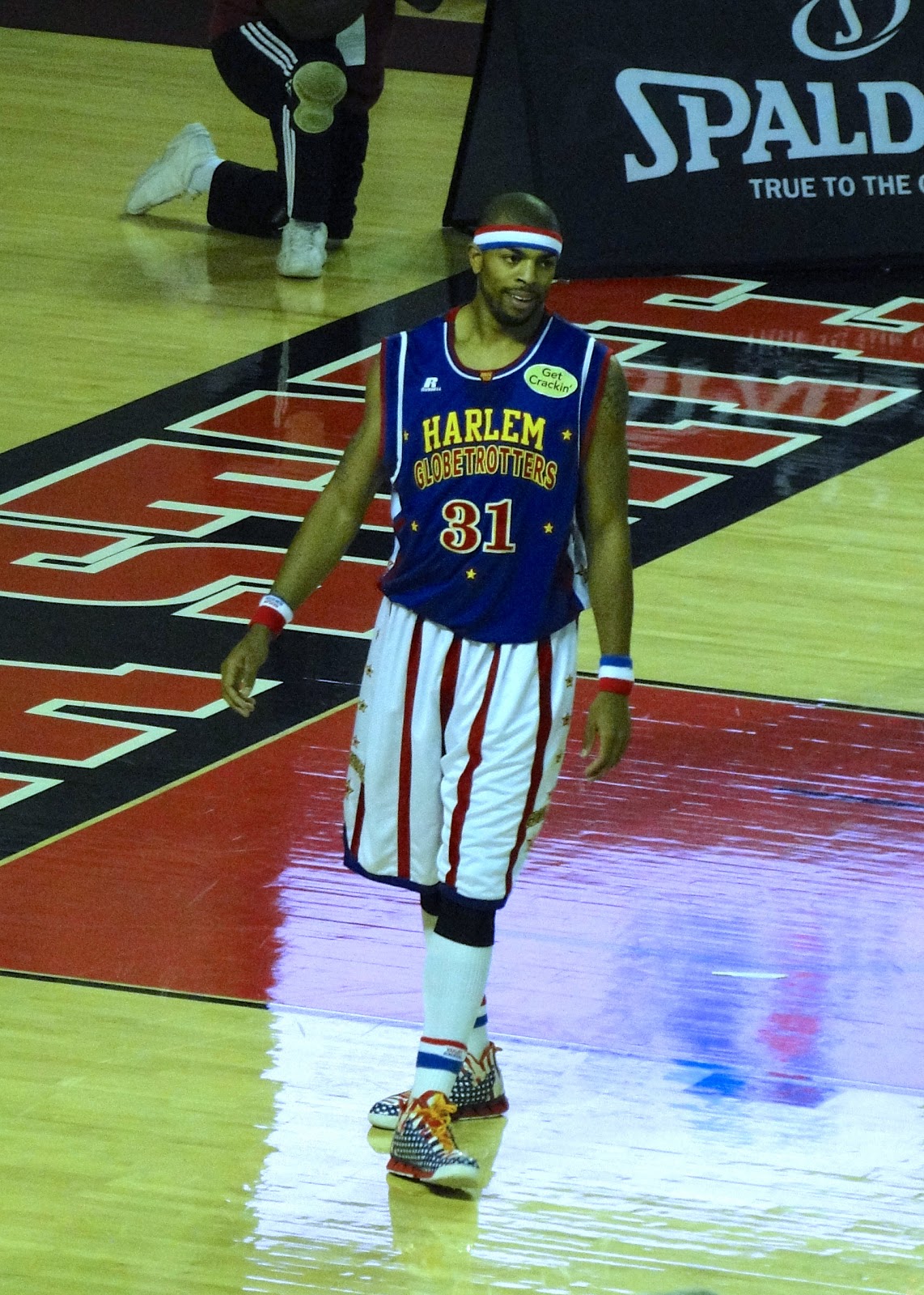 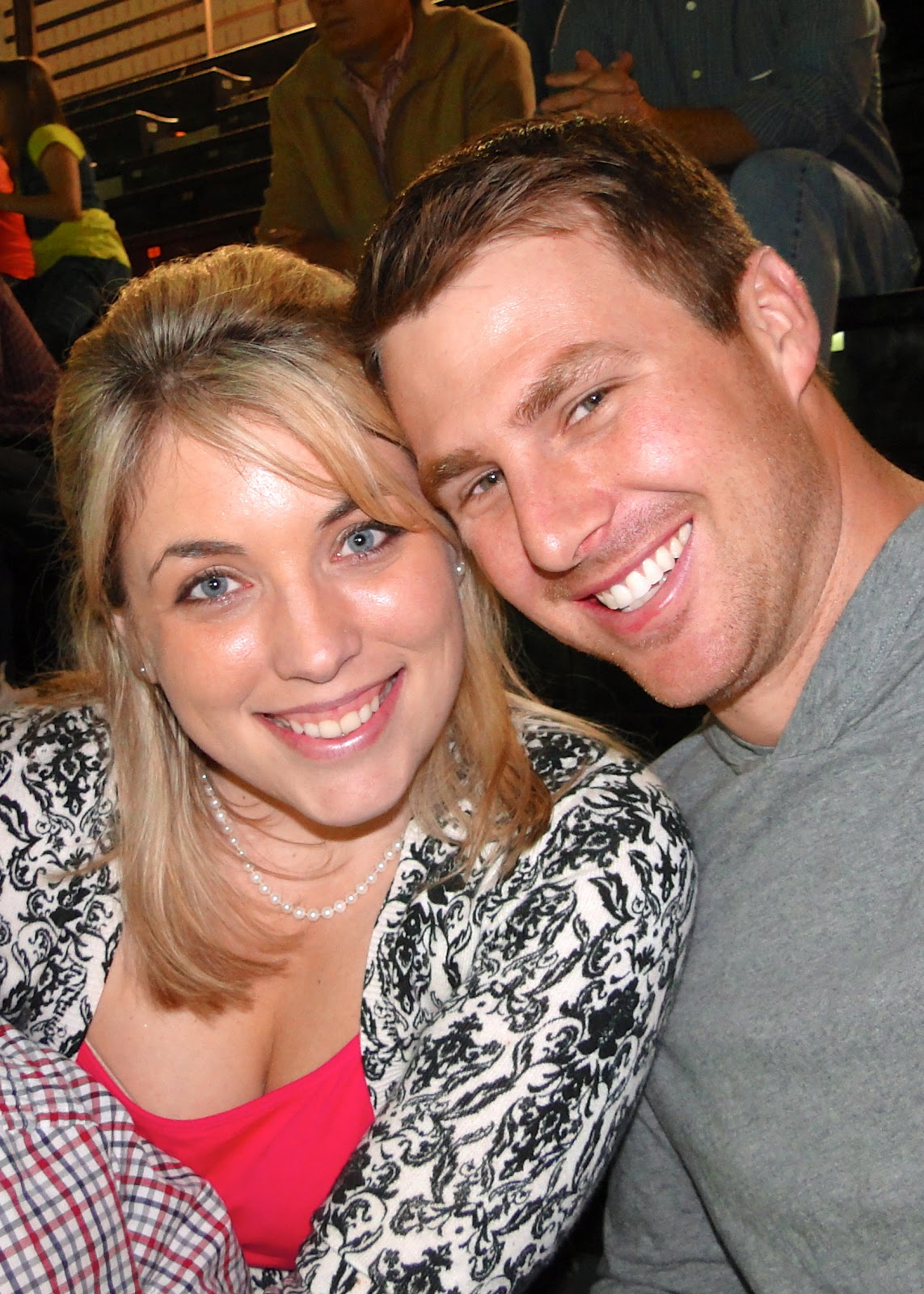 About 30 or 45 minutes into the game we decided to leave. We were all exhausted and Zach and I were rather upset by the “show” we had paid to see. Kye wasn’t enjoying it. We weren’t enjoying it. The money had already been spent either way so why stay??? I think THIS picture totally sums it up hahahahaha. Kye is cracking me up! 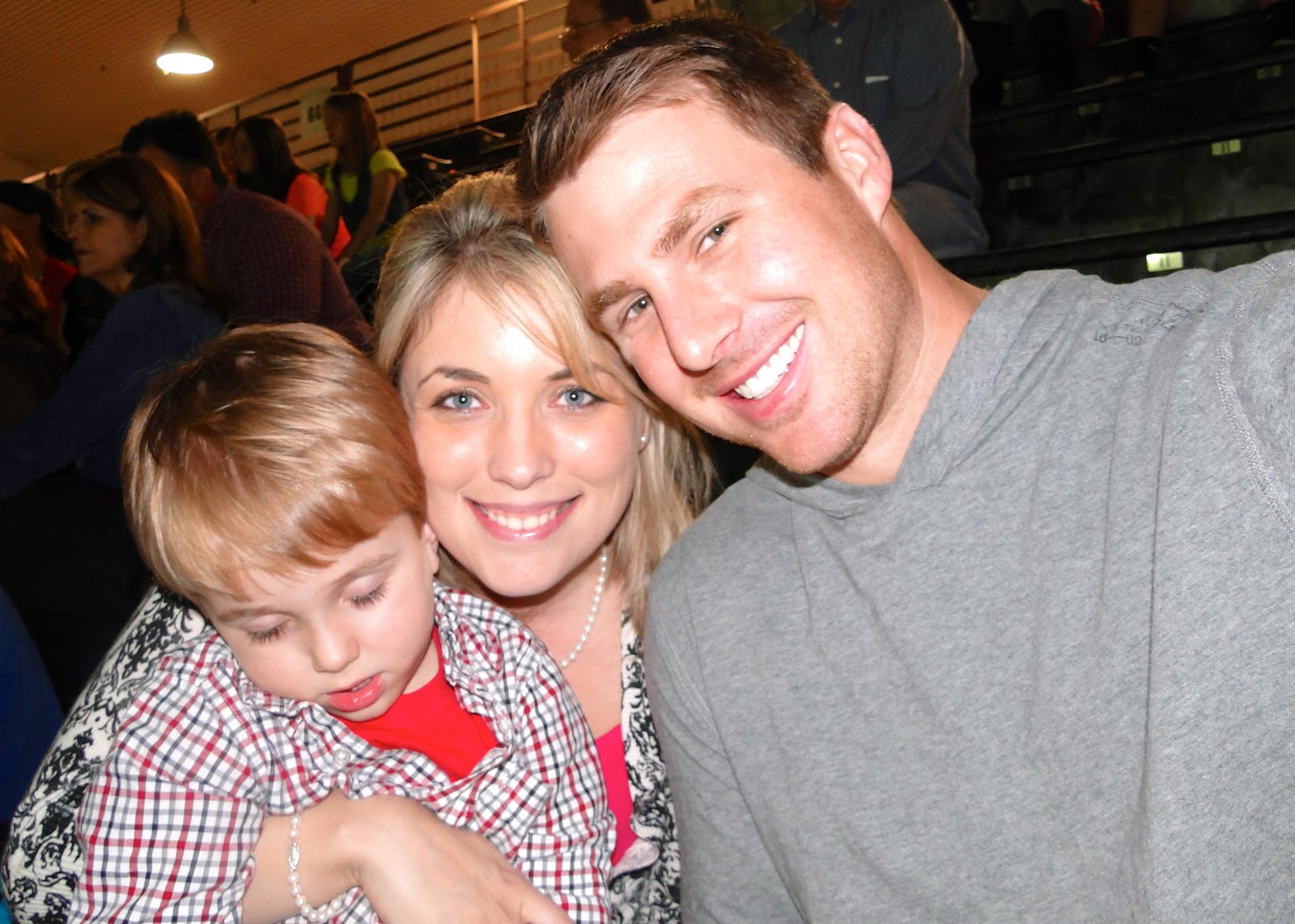 When we left Kye was so excited to get home and get something else to eat. He specifically wanted to eat watermelon slices and drink some milk out of a bowl. Nothing else in the milk, just milk. In a bowl. He’s so silly when he’s tired! He was more excited about this special food treat that was FREE than he was about the entire Harlem Globetrotters experience hahaha 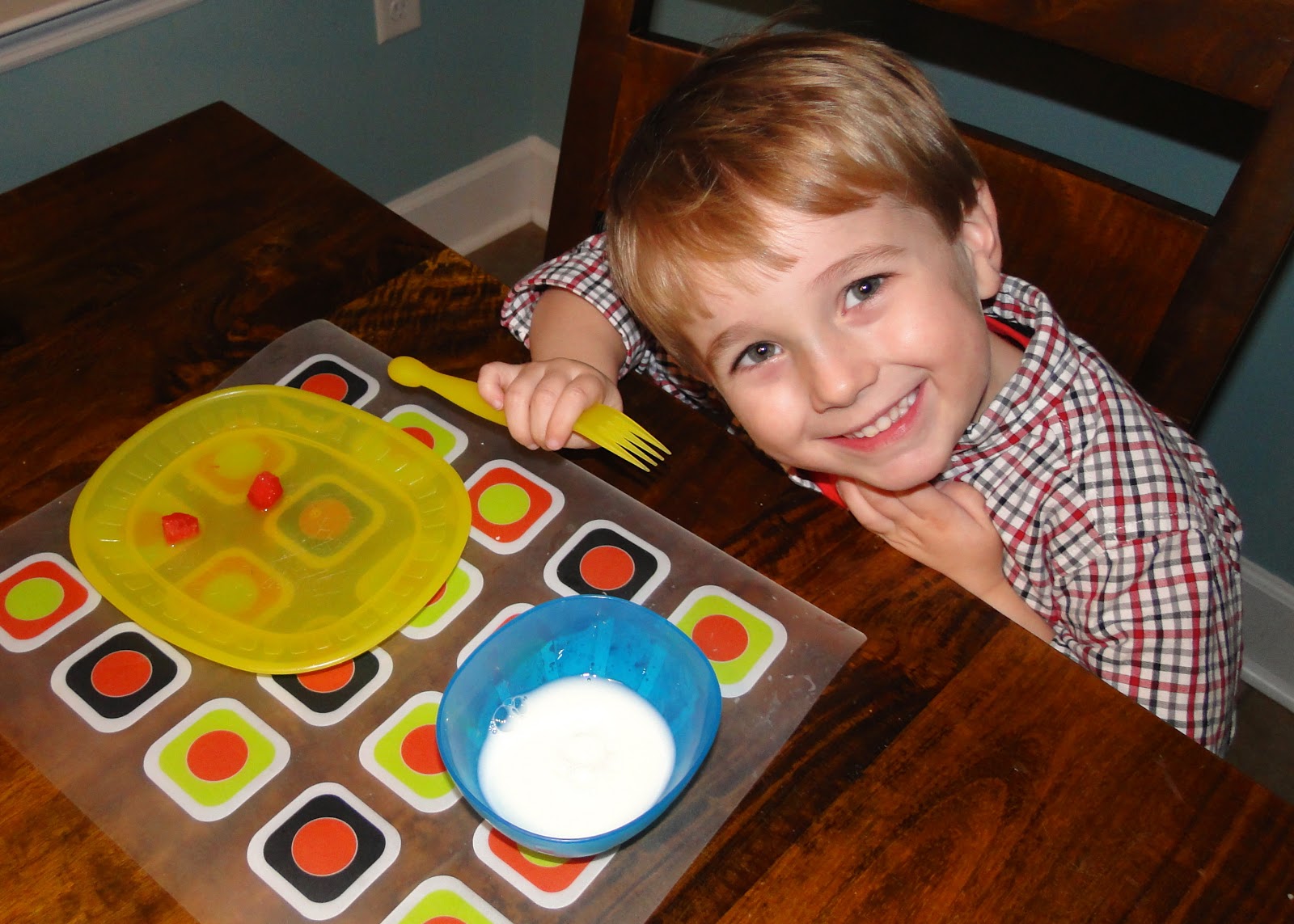 I completely regret spending the money on those tickets. If we had started our hardcore budgeting back when they went on sale I probably wouldn’t have bought them anyway. I was SO disappointed in the show as a whole and will never be attending another one again. Kye didn’t really have much positive to say about it either and even Zach was disappointed in the experience.

Have you ever seen the Harlem Globetrotters? What did you think about it?