We have never taken Kye trick-or-treating before! I know that may sound odd, but personally I’m against a) keeping my kid up past their bedtime when they won’t remember/don’t care about the event and b) walking around with a baby in your arms asking people for candy. I mean DUH it’s obvious that the baby won’t be eating it so you’re pretty much just asking for candy for yourself…kinda rude! This year the county did trick-or-treating on actual Halloween (a Monday night) and it started at 6. Since Kye goes to bed at 7:15-7:30 I thought it’d be fun to take him then just skip his bath and go straight to bed if needed. I love that he’s at a flexible age where he can stay up a little later and it won’t ruin his whole schedule (we’re about to be back in hardcoreville when Blitzen is born though!).

Since Zach wasn’t sure if he’d be working late that night or not, I made plans to go with Courtney and crew. They all meet up at Aunt Karen’s house every year and trick-or-treat around the circle she lives on. Sounded like a plan to me! Zach ended up being off work in time so he was able to go too. I was not in a very happy mood. I waiting in the drive through line at McDonald’s for a small frappe only to realize that I didn’t have my wallet so I had to go back home then wait in the line again. I drove off to realize the girl didn’t give me a straw…so annoyed!!!

Aunt Karen and Kye the Lion 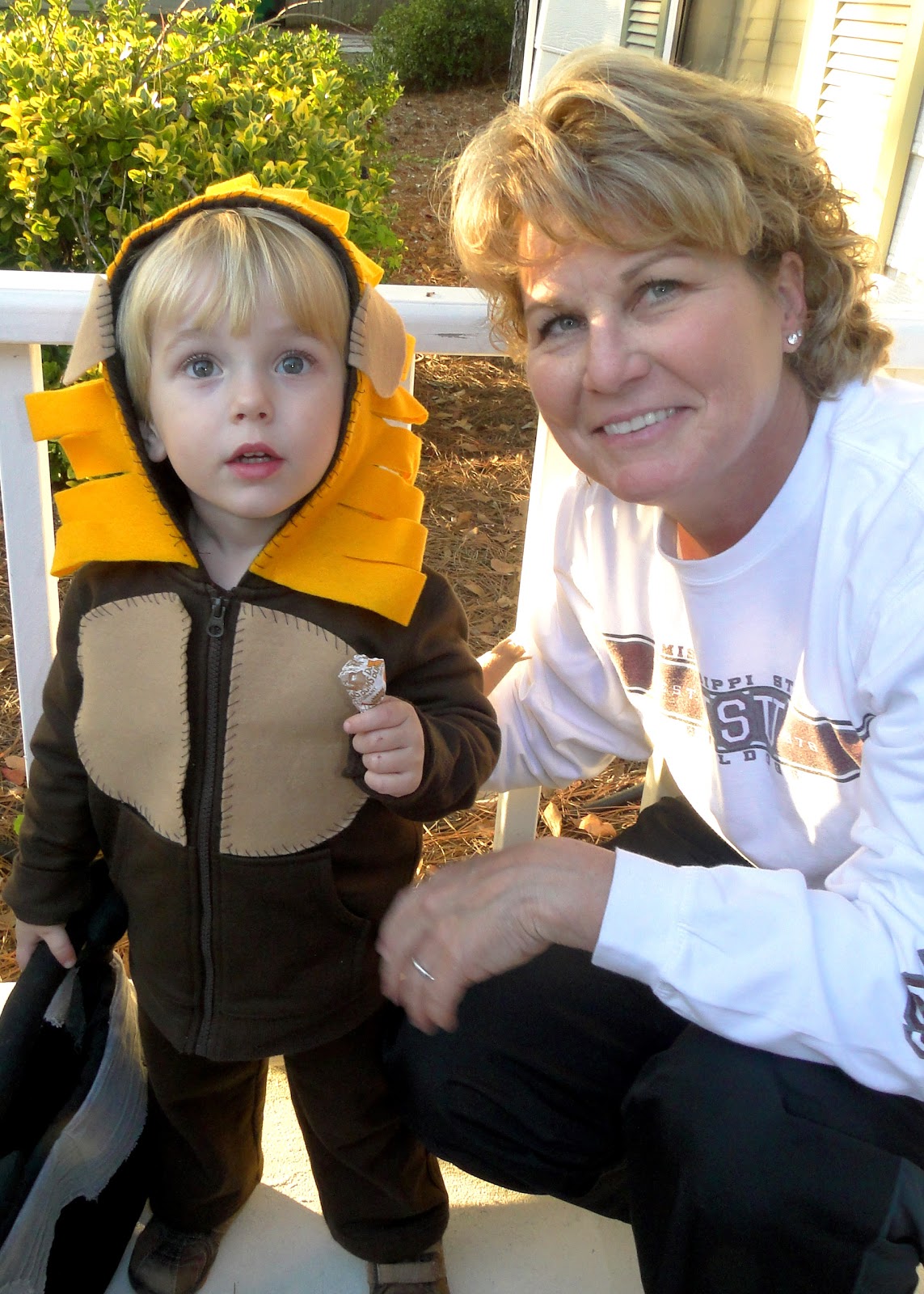 Colt wanted to be a tractor 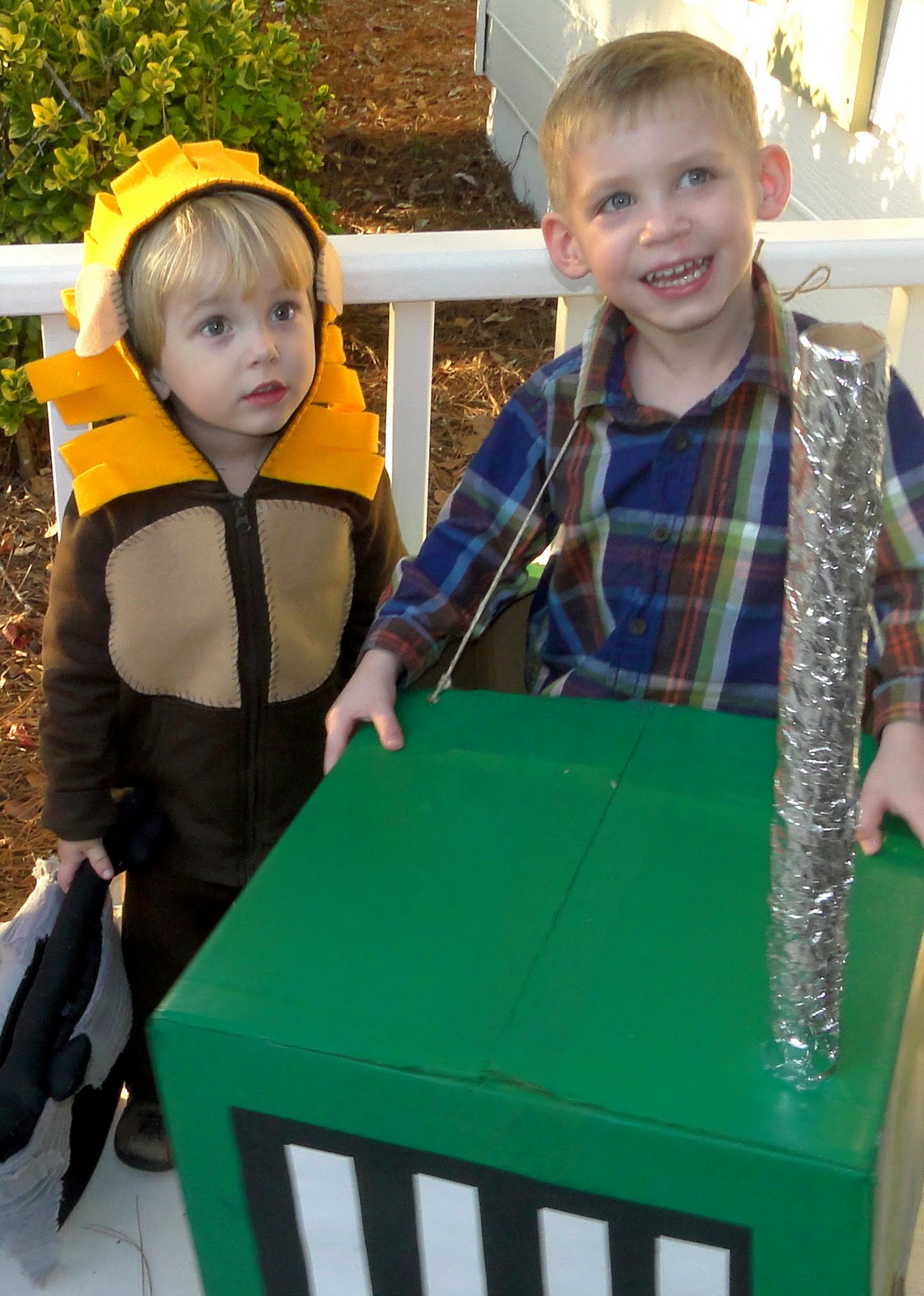 and Payton wanted to be a character from a book called Pinkalicious? I’ve never heard of it but I live in a land of all things boy 😉 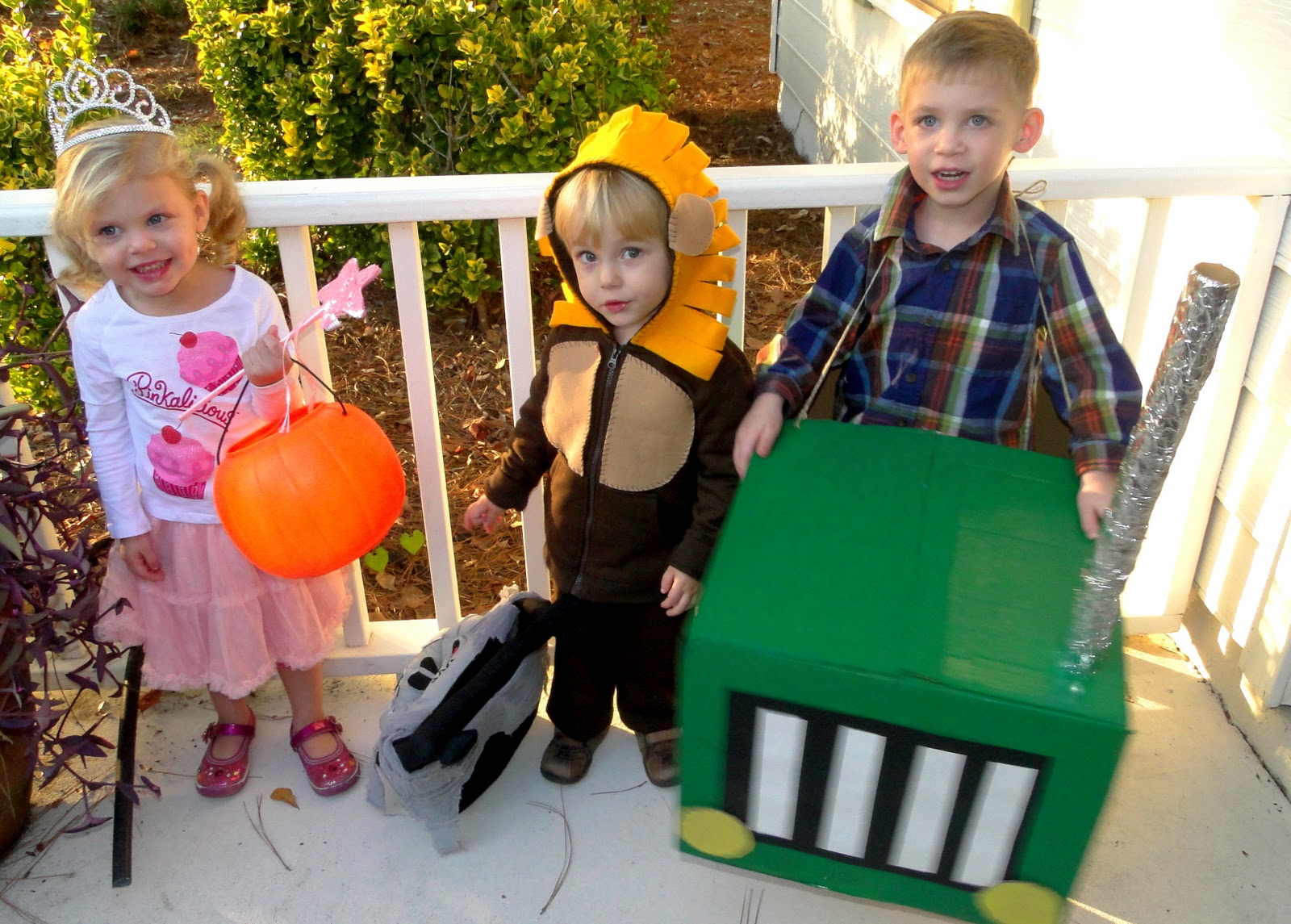 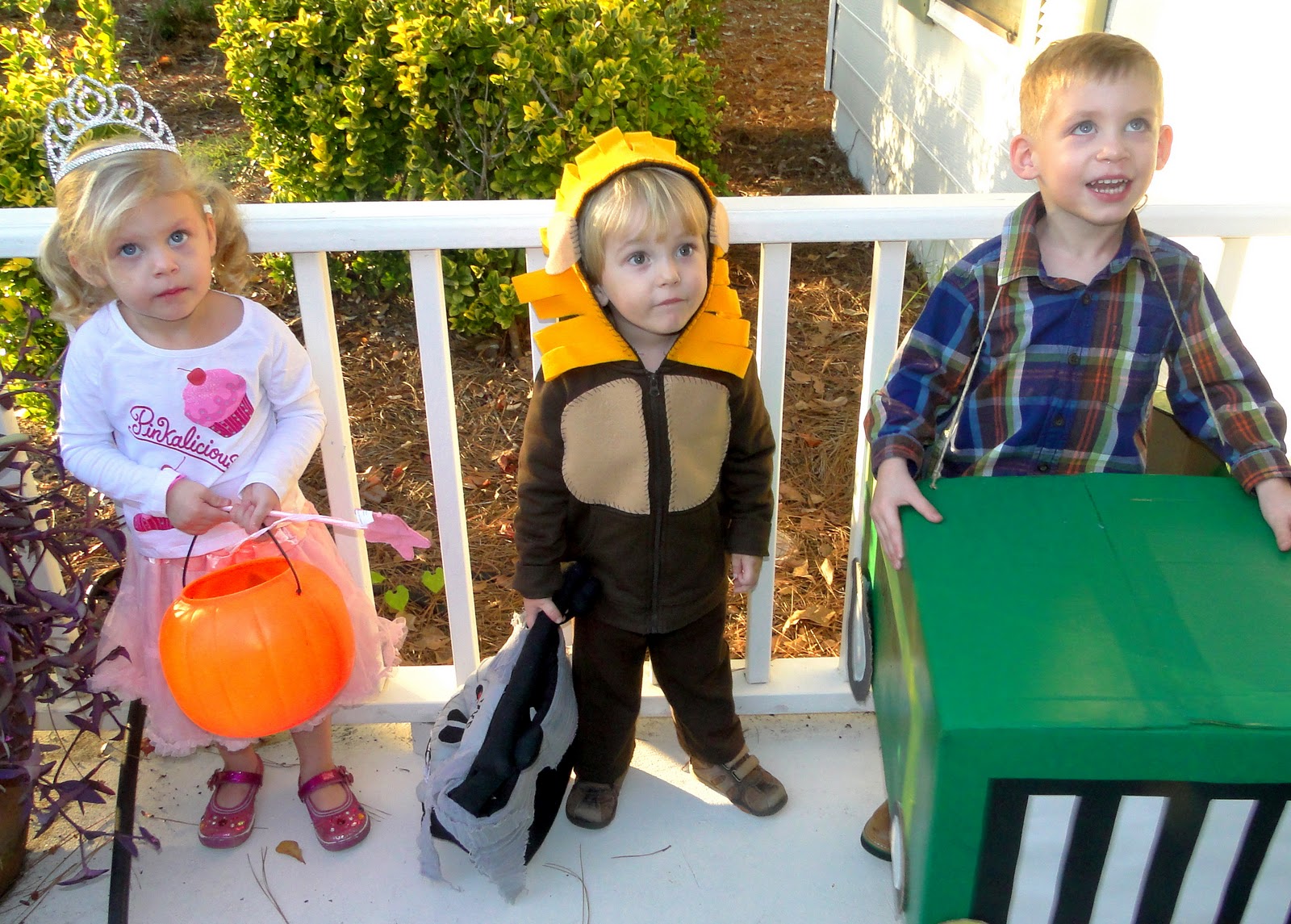 I was pretty pumped to wear my costume again, and it was a hit! 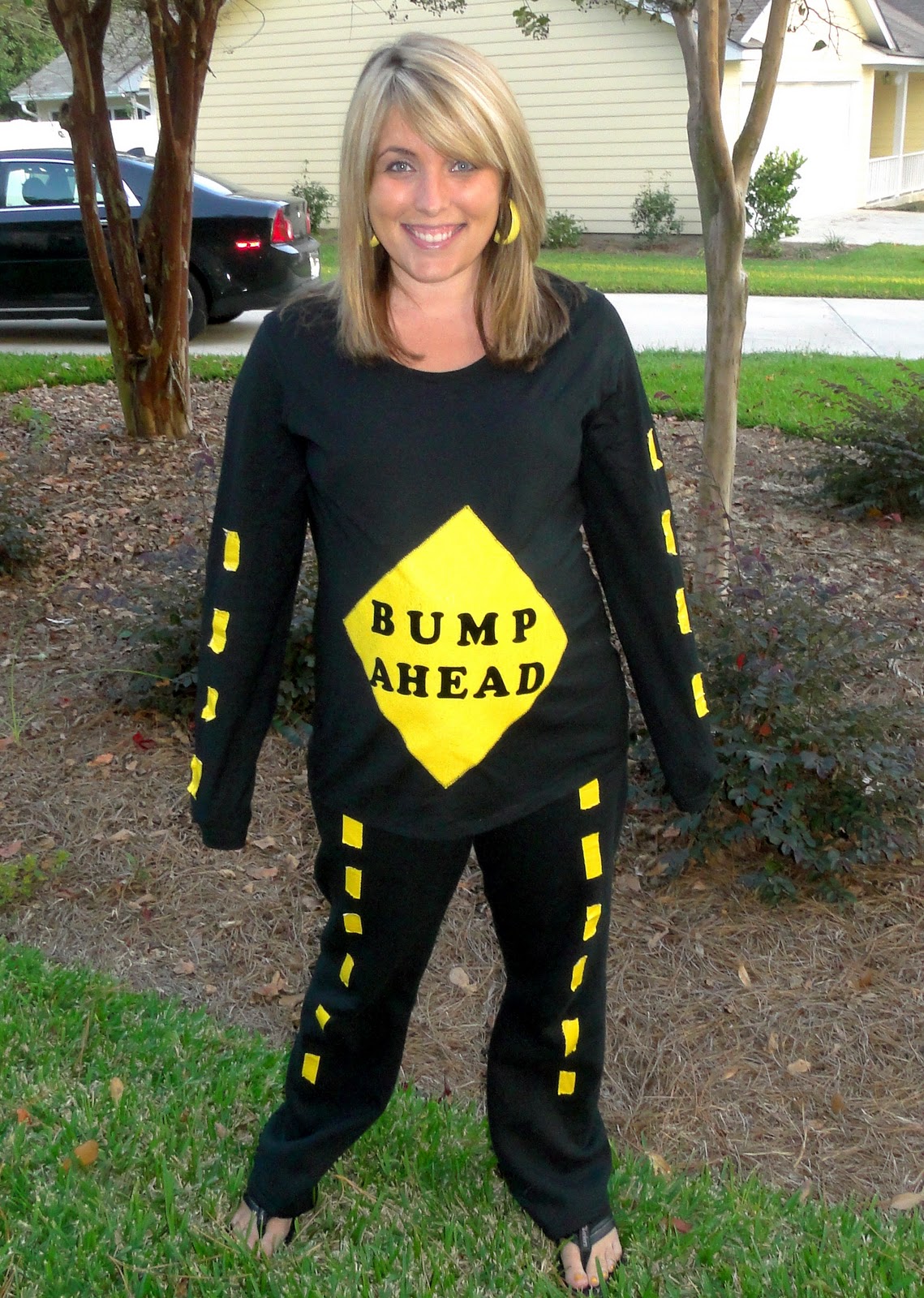 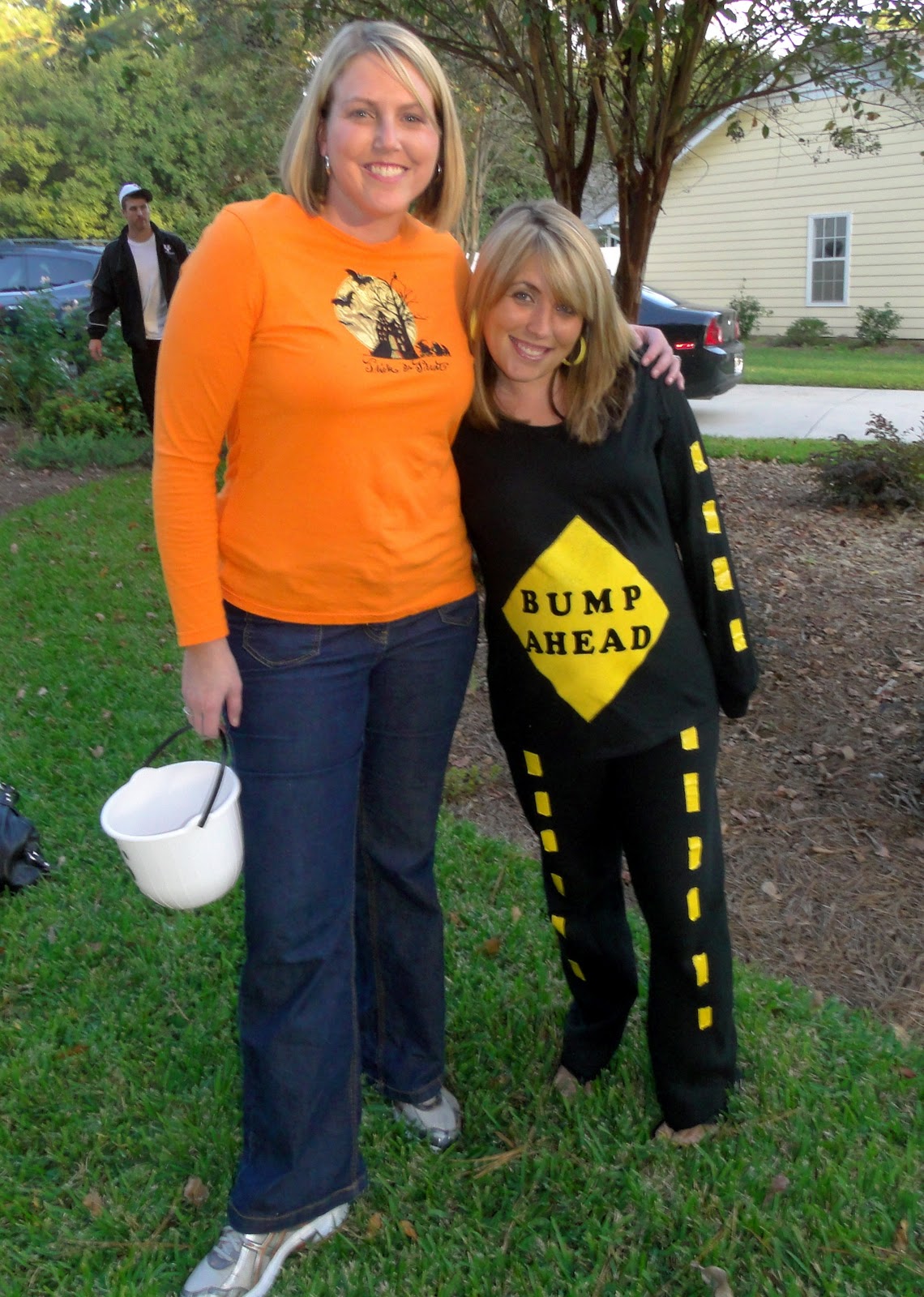 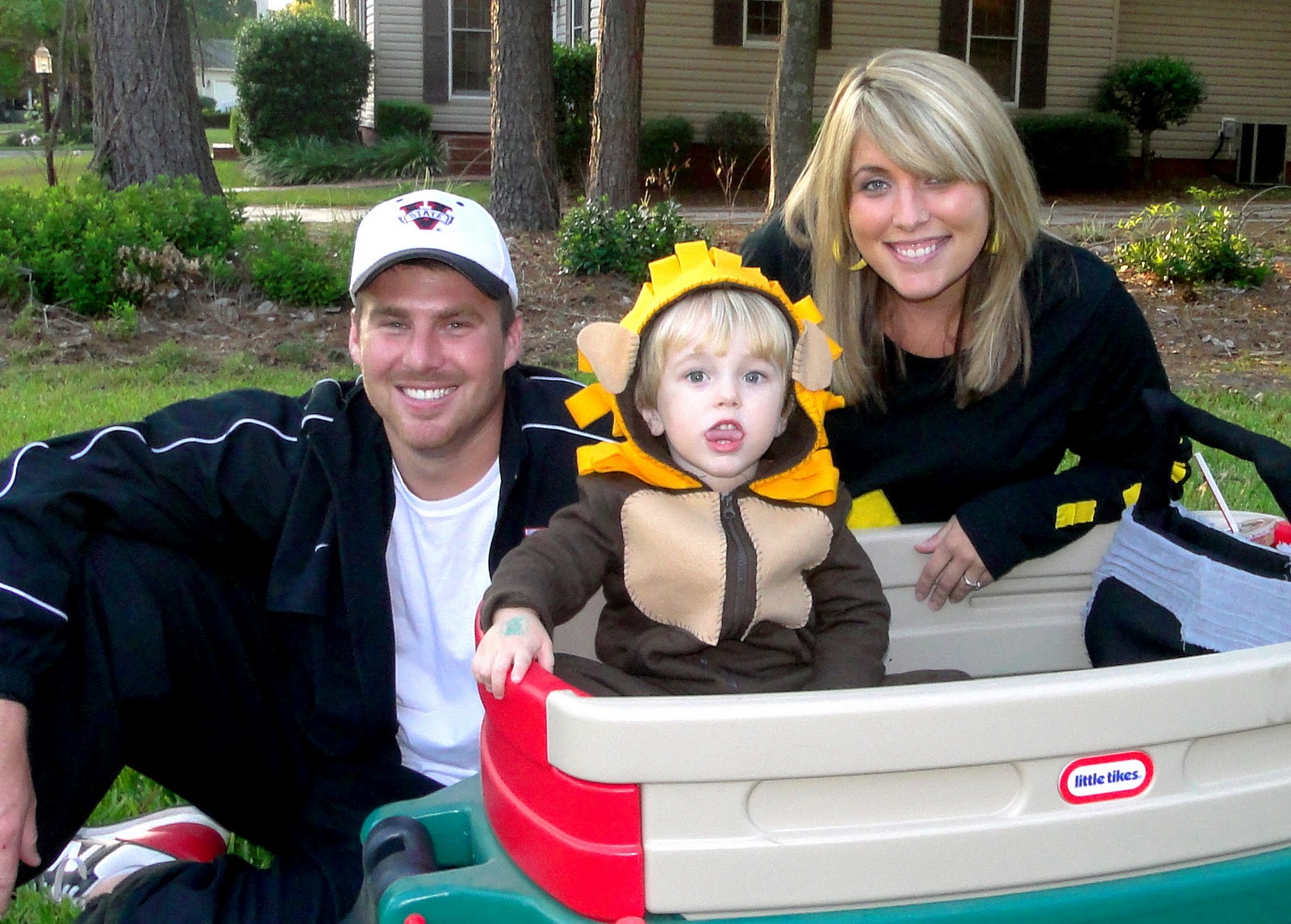 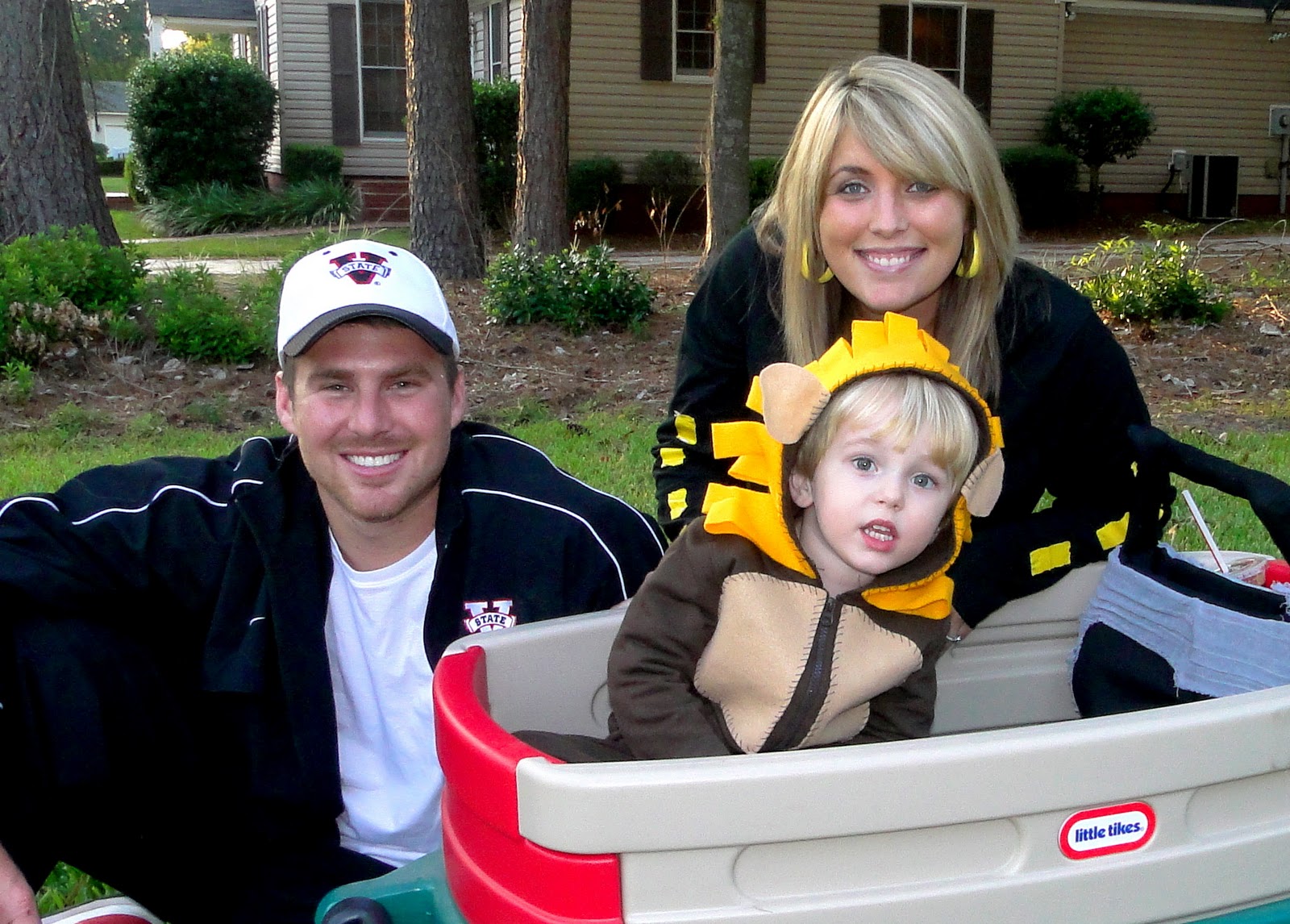 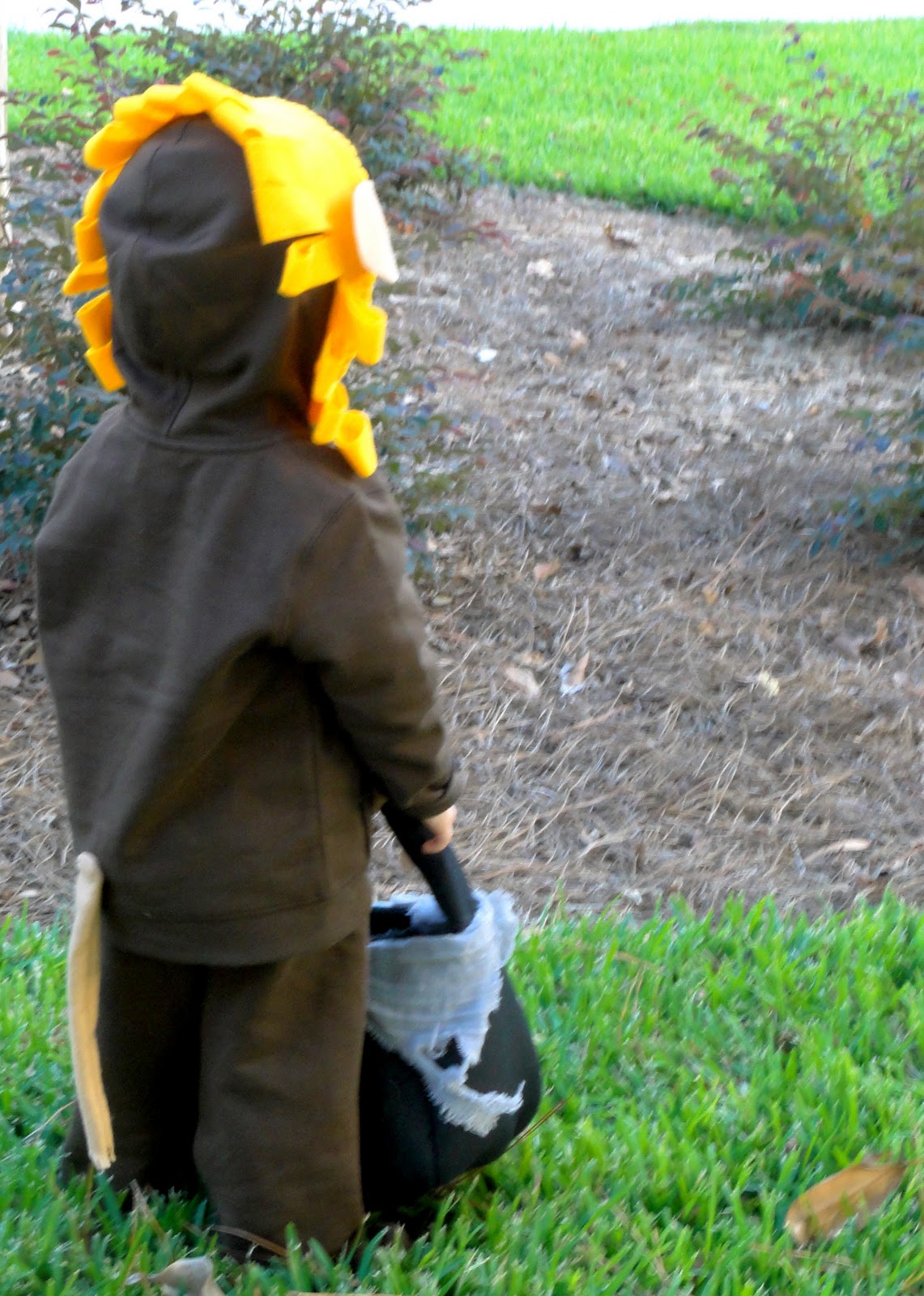 Since we actually started going door-to-door at 6 hardly anyone answered. It was a little annoying. We could even tell that some people were home! These poor little kids were all excited and kept getting no answers anywhere we went. It was probably a good 20 min or so until the candy started to roll in. 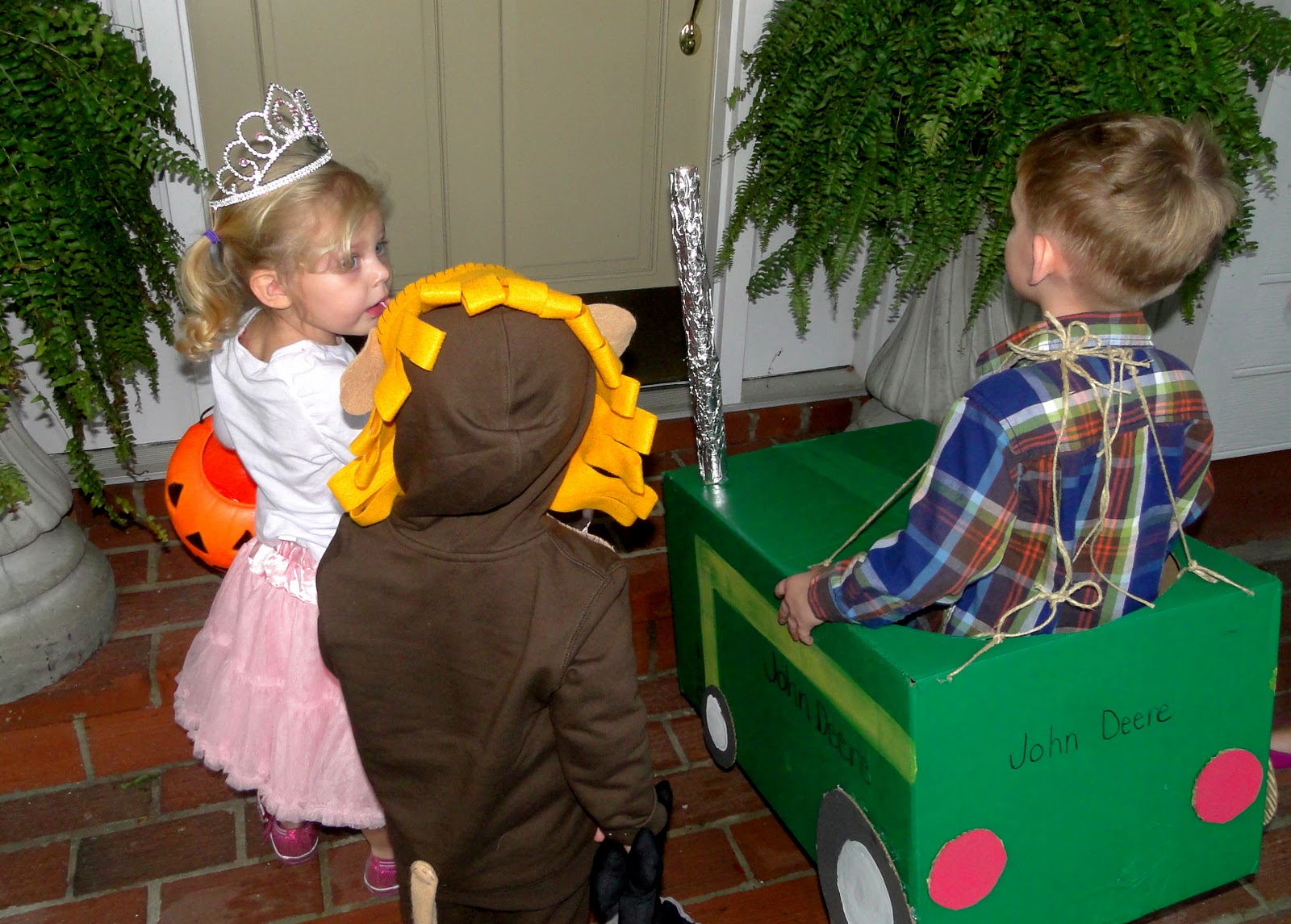 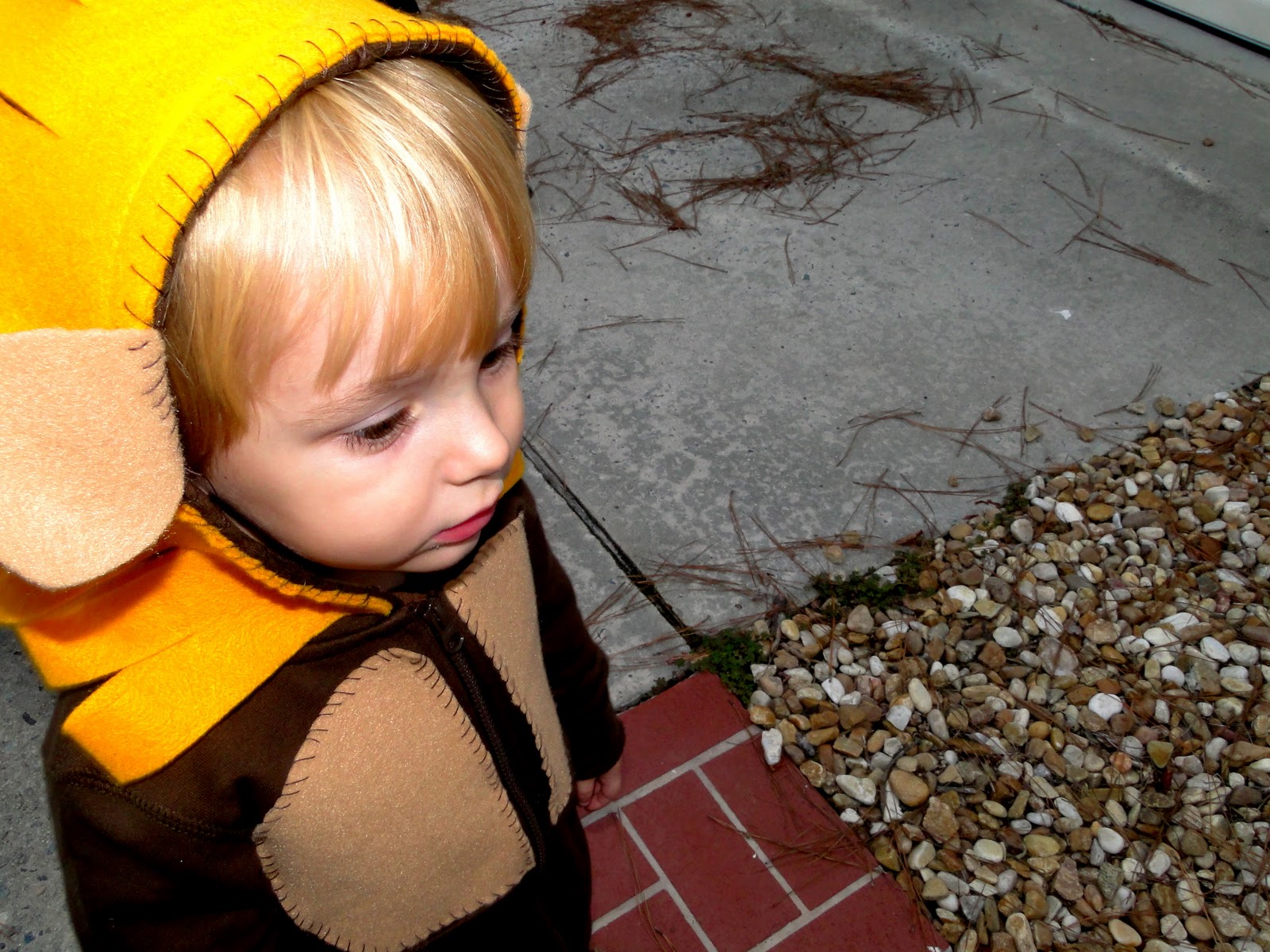 glad we brought the wagon! 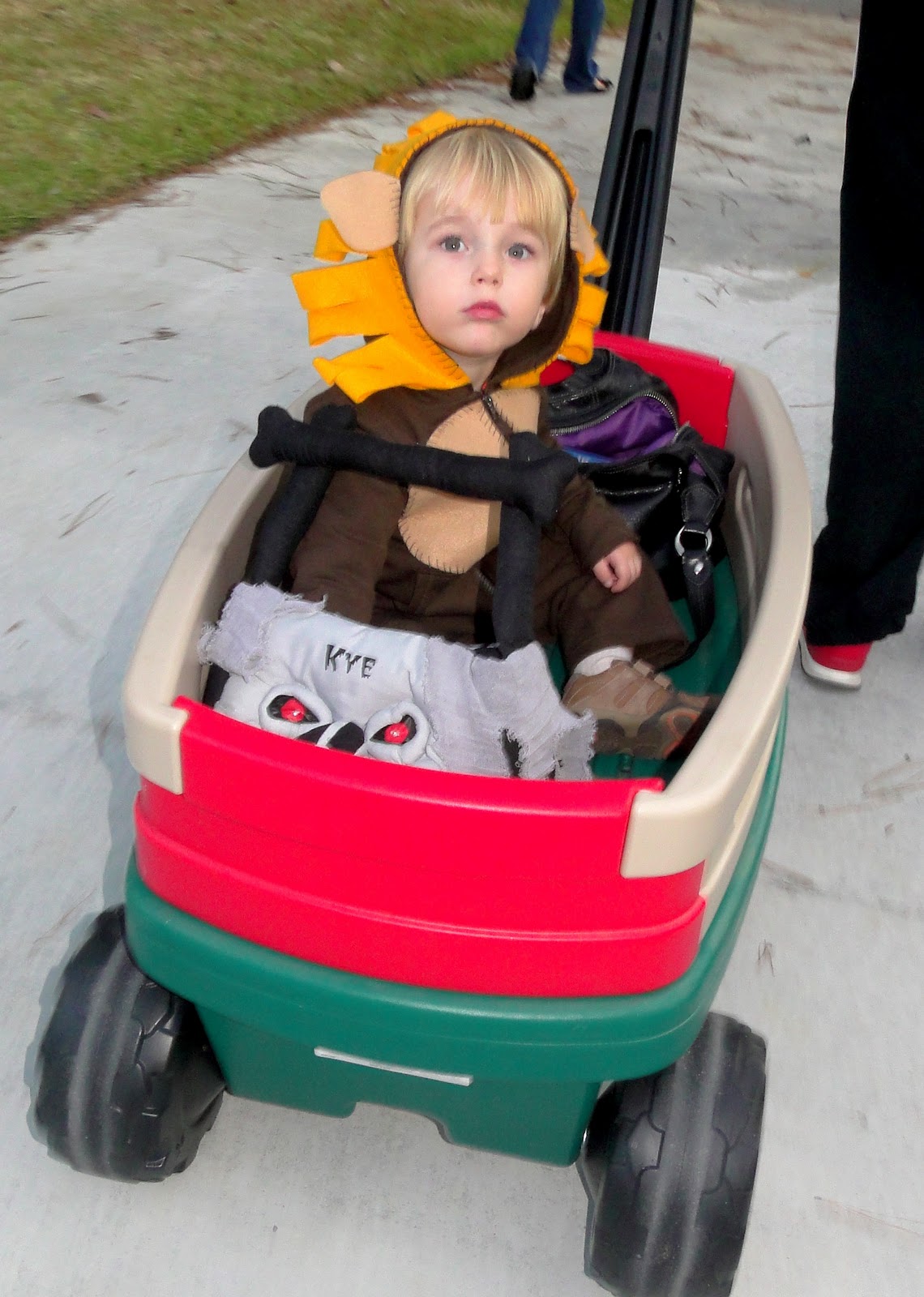 Casey was semi-dressed up as the same thing as Payton 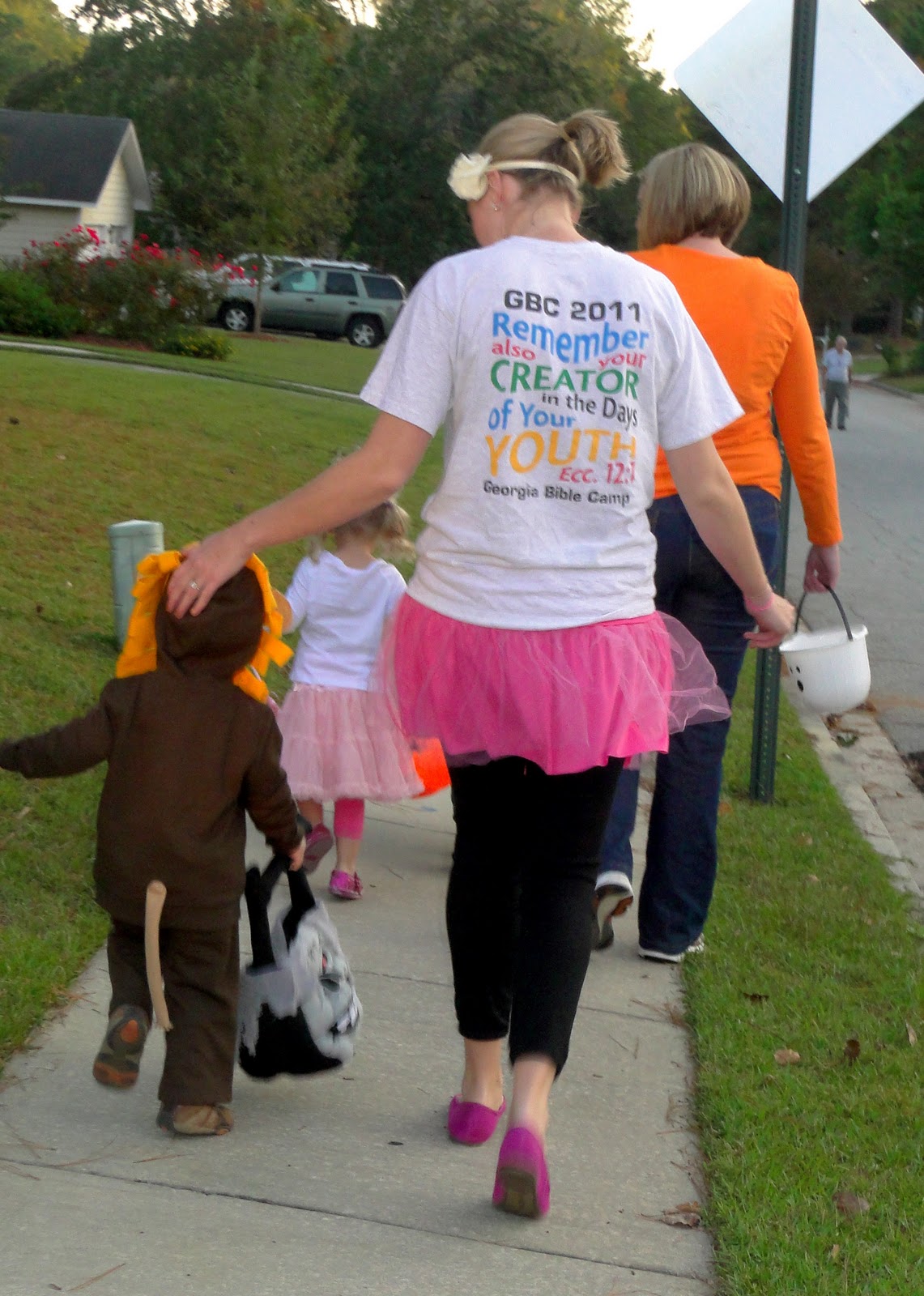 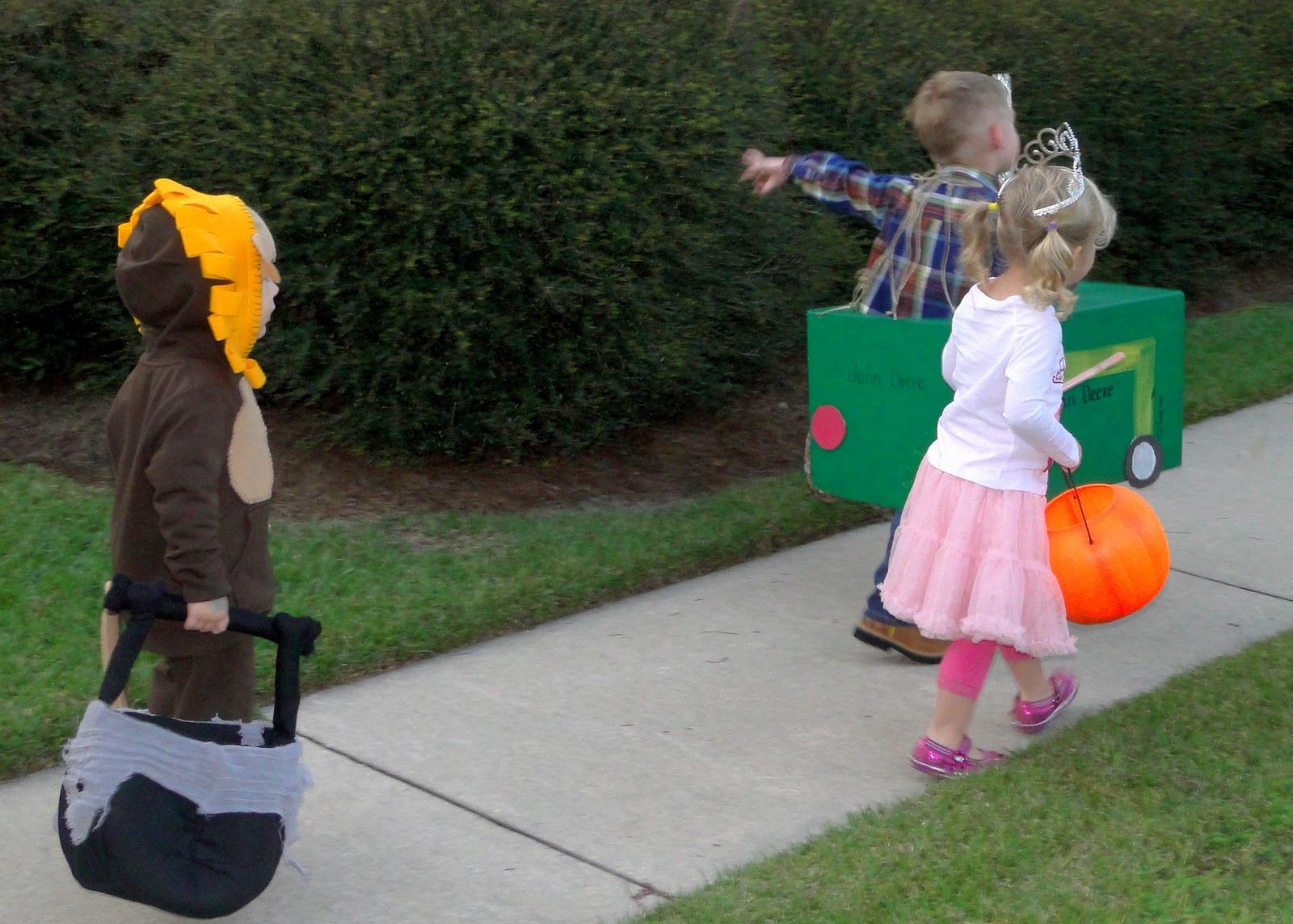 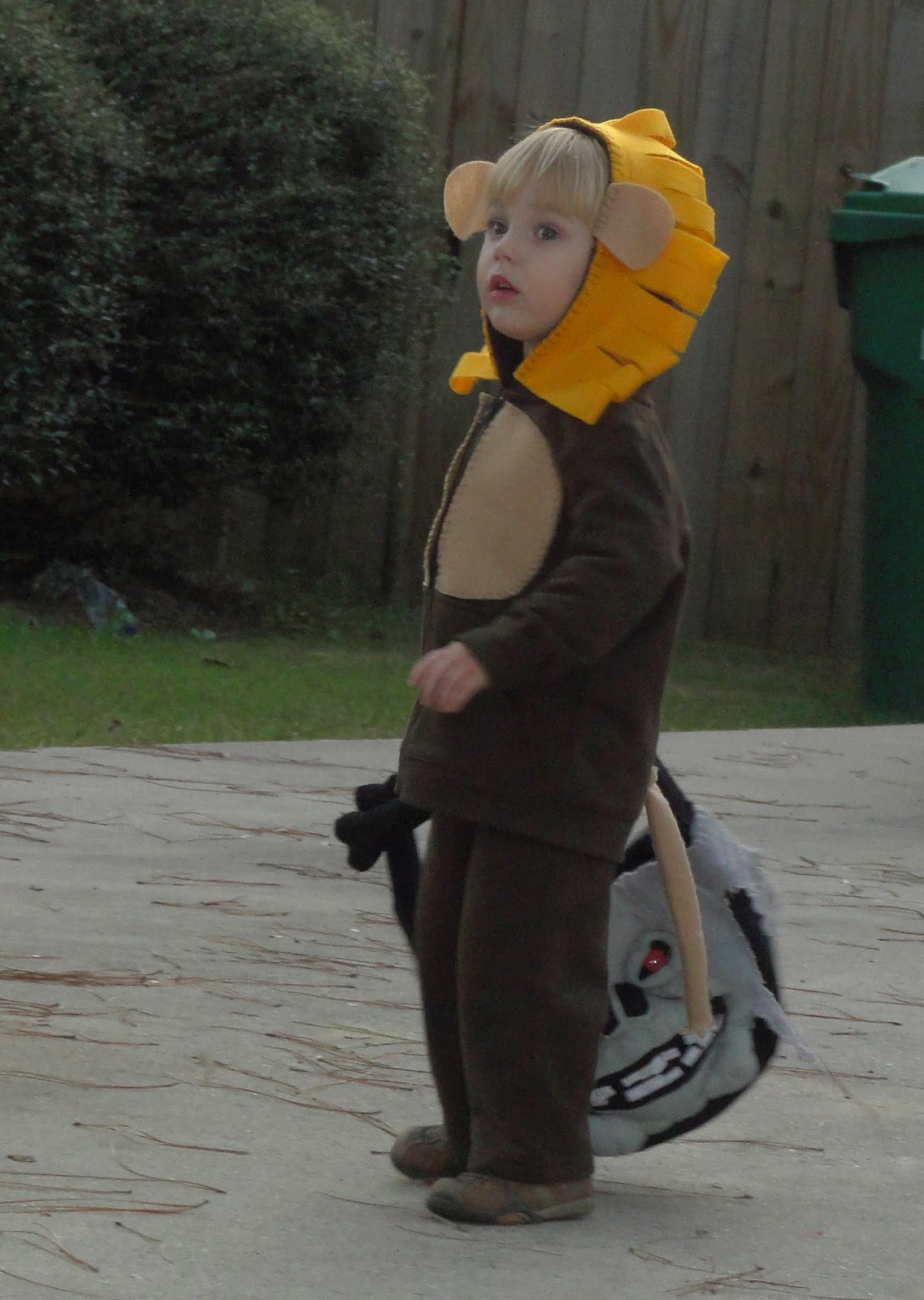 Javon, Dawn and Cade live in the same neighborhood! It was good to see them for a few minutes 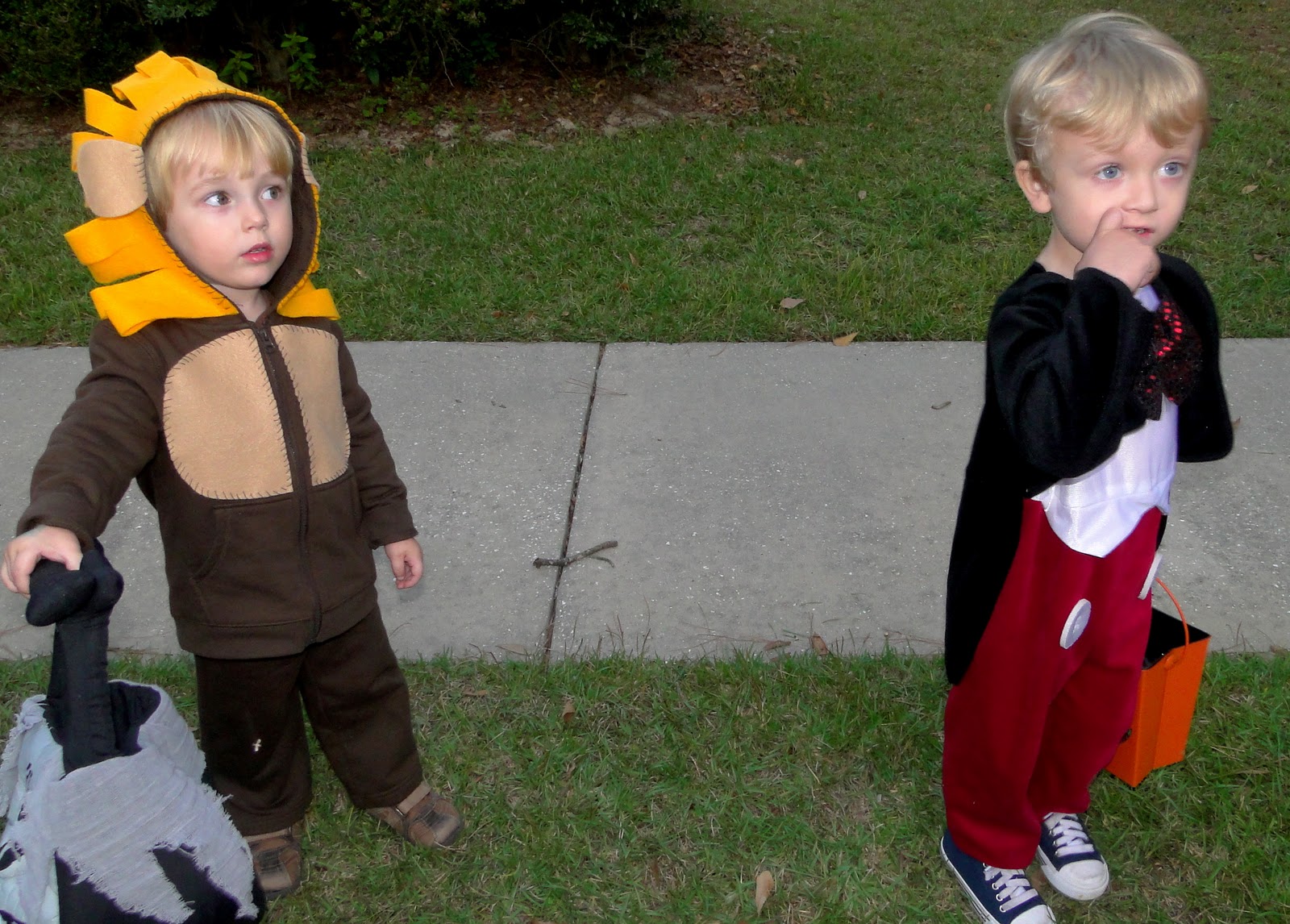 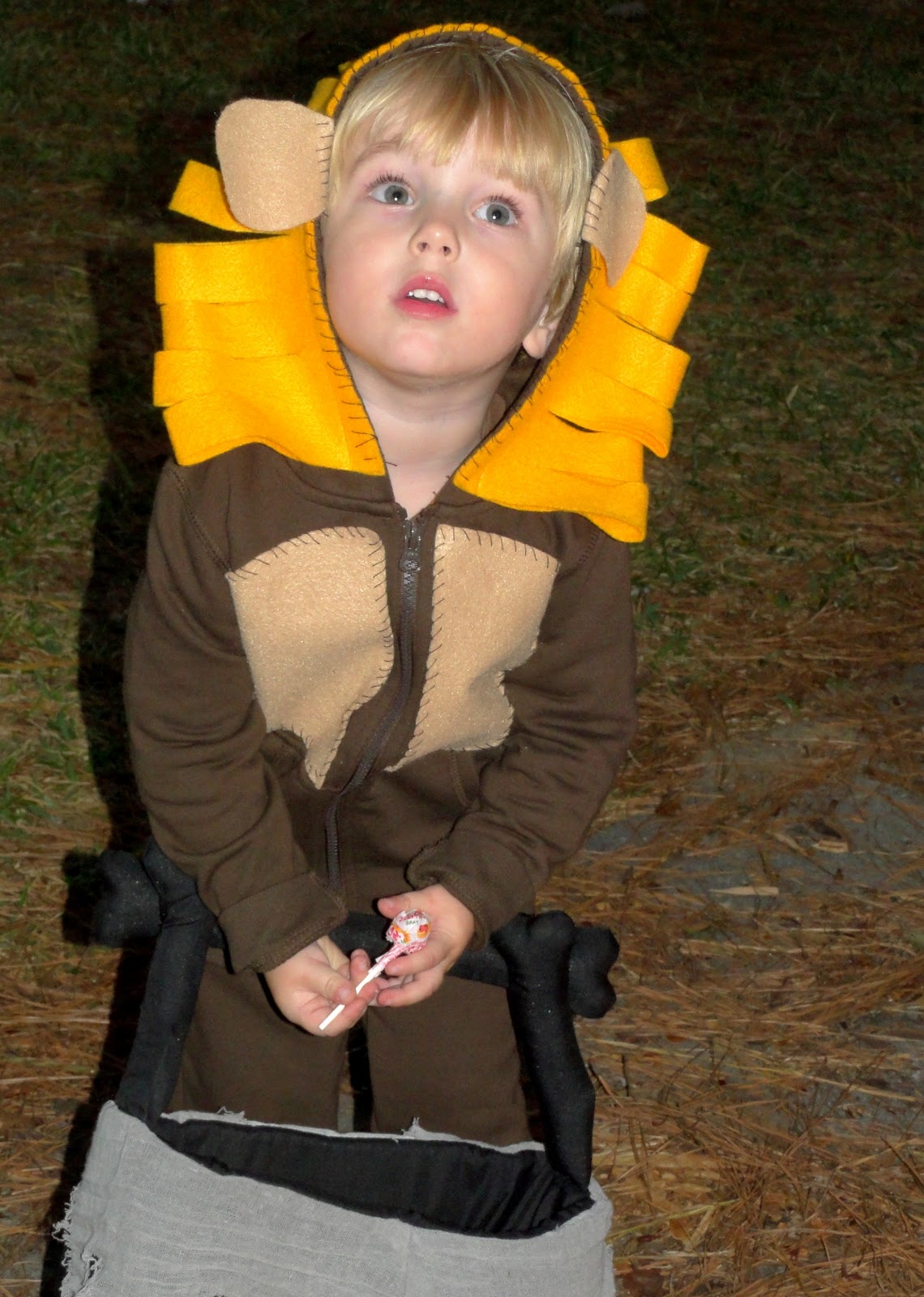 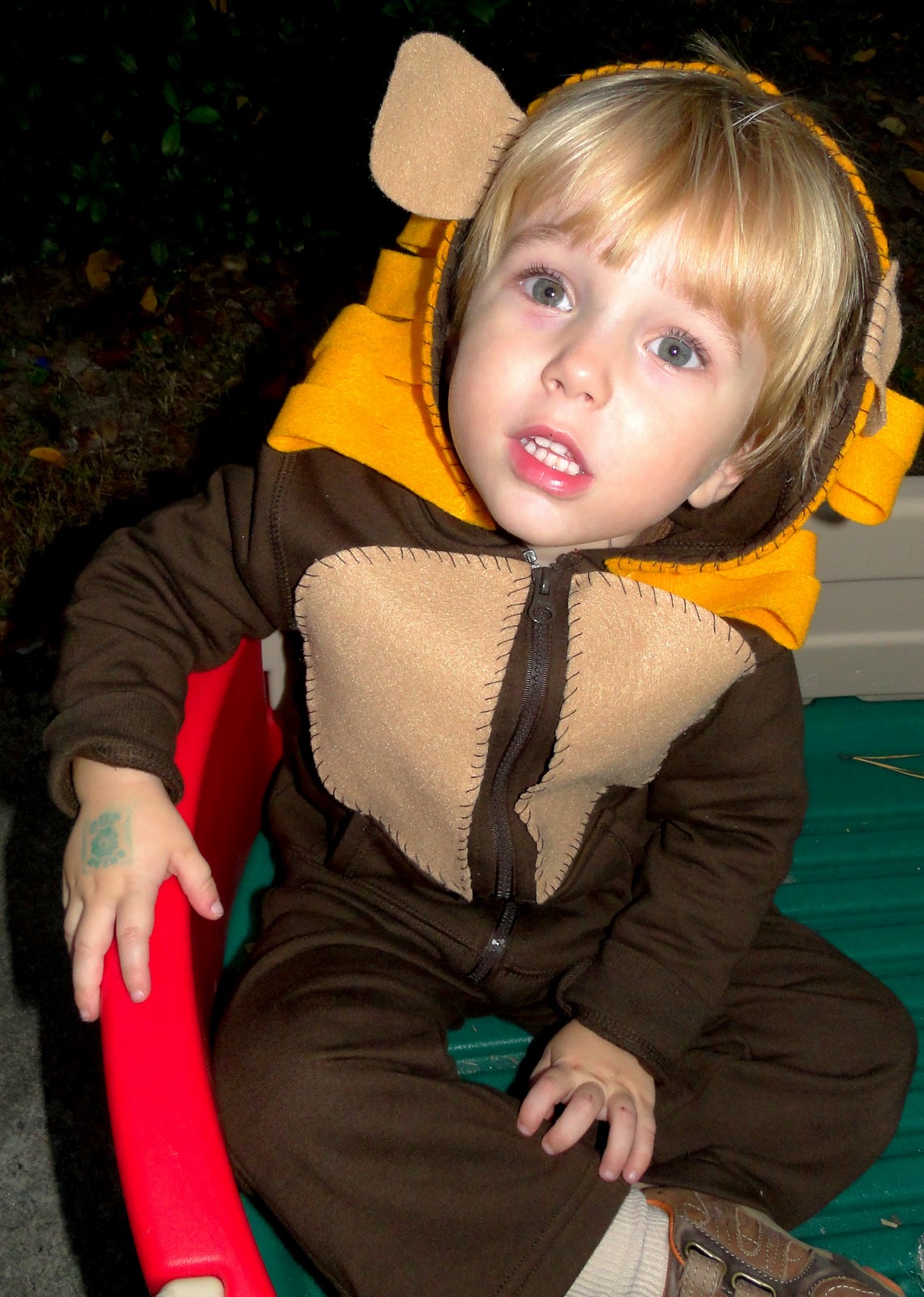 I actually thought about having my shirt say “hump” instead of “bump ahead” but then I thought it’d be like a big invitation on my belly and no one wants that 😉 It was fun dressing up but really, it’s kinda pointless. All the attention is on the kids (as it should be!) so I don’t know if I’ll dress up next year. Maybe if we do something as a family theme or something then it’d be more fun 😉 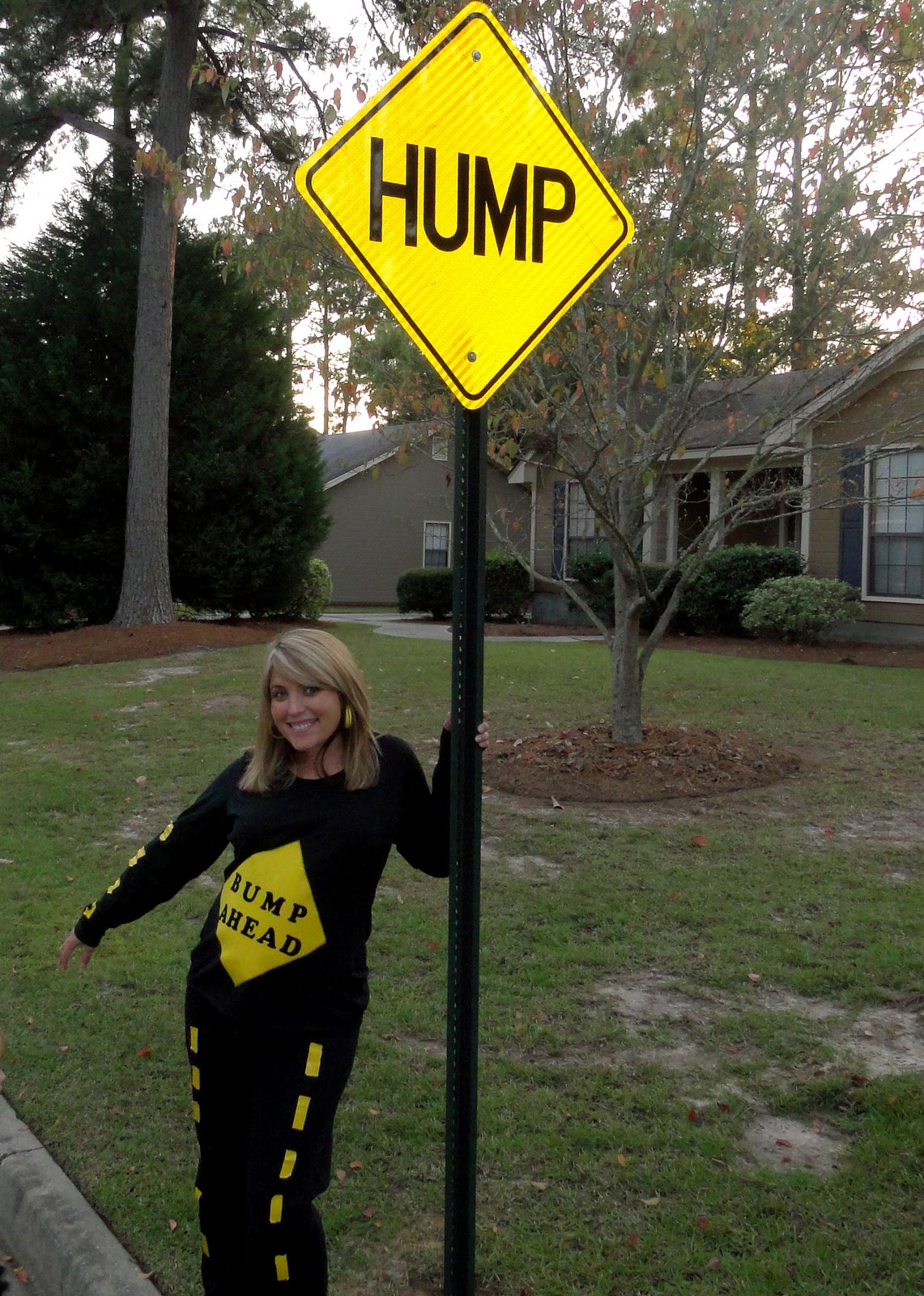 We were done with the circle in about an hour! The timing really worked out perfectly. We let Kye have a sucker and a thing of gummies on the way home. Growing up we were never allowed to eat any of the candy until our parents inspected it with us and I plan to continue that tradition as people are nuts and will do crazy stuff to kids! I am glad we went ahead and took Kye for his first time. He really enjoyed it and had fun with his cousins. Somethings were a little too mature for them. Some of the decorations and costumes we saw scared them, and one older kid even got in Kye’s face and made scary sounds. I mean WHY?!?!

I’m glad we only stayed out for a little while…I think leaving right at dark was smart as it’d get a lot more scary after that and I wanted it to be a FUN night for Kye, not one that would give him any bad dreams! I know next year we probably won’t be able to hide his candy from him and eat it ourselves instead of giving it to him, but we will still only allow a couple pieces eaten the first night then slowly let him eat other pieces. One of my friends had a good idea to let the kids eat some pieces then use it to hand out to the neighborhood kids after they went to bed! Not a bad idea!

We did leave candy out…but did the whole “please only take one” thing. Of course it was all gone when we got home but that’s fine. I don’t see us being able to pass out candy for awhile. At least not after the kids go to bed as I do NOT want people ringing my doorbell! Maybe next year I’ll let Zach take Kye trick-or-treating and I can stay with Blitzen and pass out candy? I think Kye will be old enough next year to also pick out his own costume and I’m excited to see what he comes up with!

What rules/traditions does your family have with Halloween and trick-or-treating?