As everyone knows my little brother is getting married in March!!! It’s so crazy and hard to believe that he’s old enough to be married!!! Well while Zach and I were gone skiing last weekend some friends of Chrissy (the bride) threw her a shower. Of course I couldn’t be there, but Mom went and she wrote this adorable poem for the event. She emailed it to me and I couldn’t believe how cute it was! I just had to share!!! Btw…Debbie is Chrissy’s mom, and David is her dad (it’s my dad’s name too but the poem is referring to hers haha) Enjoy! 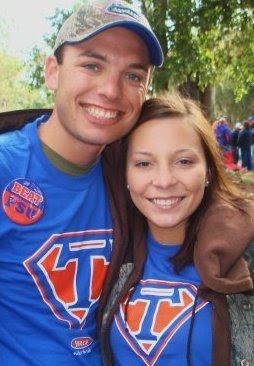 To Chrissy and Brandon

Twas 3 months before wedding day when all through the house,

The computer keyboard was racing especially the mouse!

From emails to shopping and RSVP’s

Planning in PJ’s was such a breeze!

The invitations were sent addressed with such care

In hopes that the guests would definitely be there.

Showers of gifts were given with love,

Even Nana was watching from heaven above.

Chrissy was nestled all snug in her bed

While visions of Brandon danced in her head.

And Deb in her sweatpants enjoying a night cap,

David balanced the checkbook then took a long nap.

When out in the living room Chrissy heard lots of clatter,

She sprang from her bed to see what was the matter.

Another paper to finish before the big bash.

Staying up until dawn and the chirps of the birds.

The bridesmaids dresses are bought and the tuxes picked out,

“But what will I wear?” you could hear Debbie shout.

Don’t worry, you’ll make it. Not much left to do.

Well, there’s fittings and shoes, and food and décor,

But other than that there can’t be much more.

Some days you think how can it possibly be done,

Just enjoy all the happiness, and bustle and fun