This weekend we went to visit Ashley and her family in Brunswick. It was seriously the BEST vacation I’ve had in sooo long!!!

The drive is the perfect distance with a baby! We’ve only gone to Melbourne with him and those four hours are tough because we have to stop and feed him. It took us a little over two hours to get to Brunswick which was perfect because it was during his naptime! 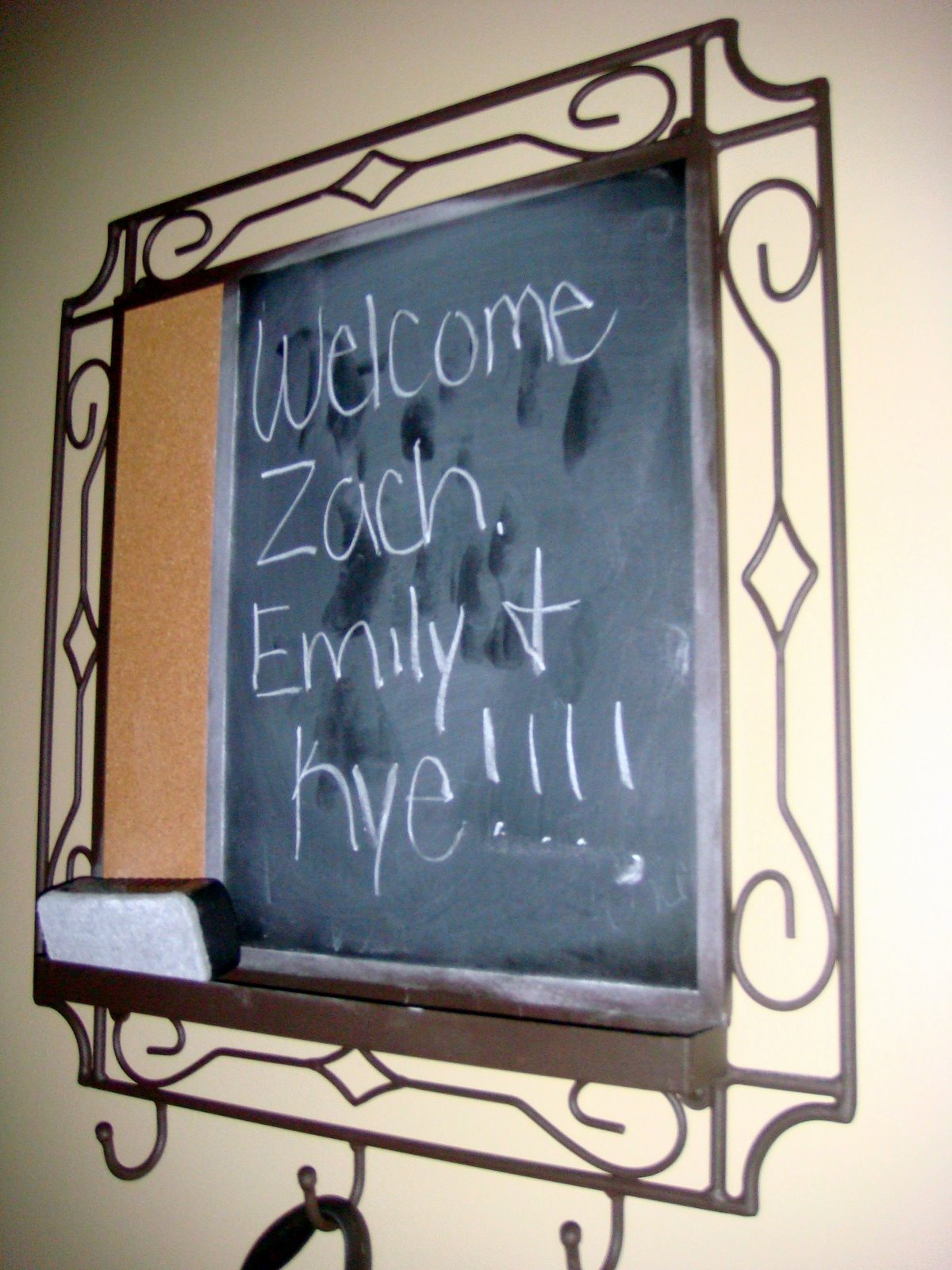 It was a pain to have to pack ALL Kye’s things since they don’t have any baby stuff at their house! Mom spoiled me by buying stuff for her place haha! But the trip was WELL worth the hassle and I did pretty good making sure to pack everything he’d need too 🙂

Zach gave him a “real” bath in his little turtle sponge thing…he liked it even though you can’t tell here! 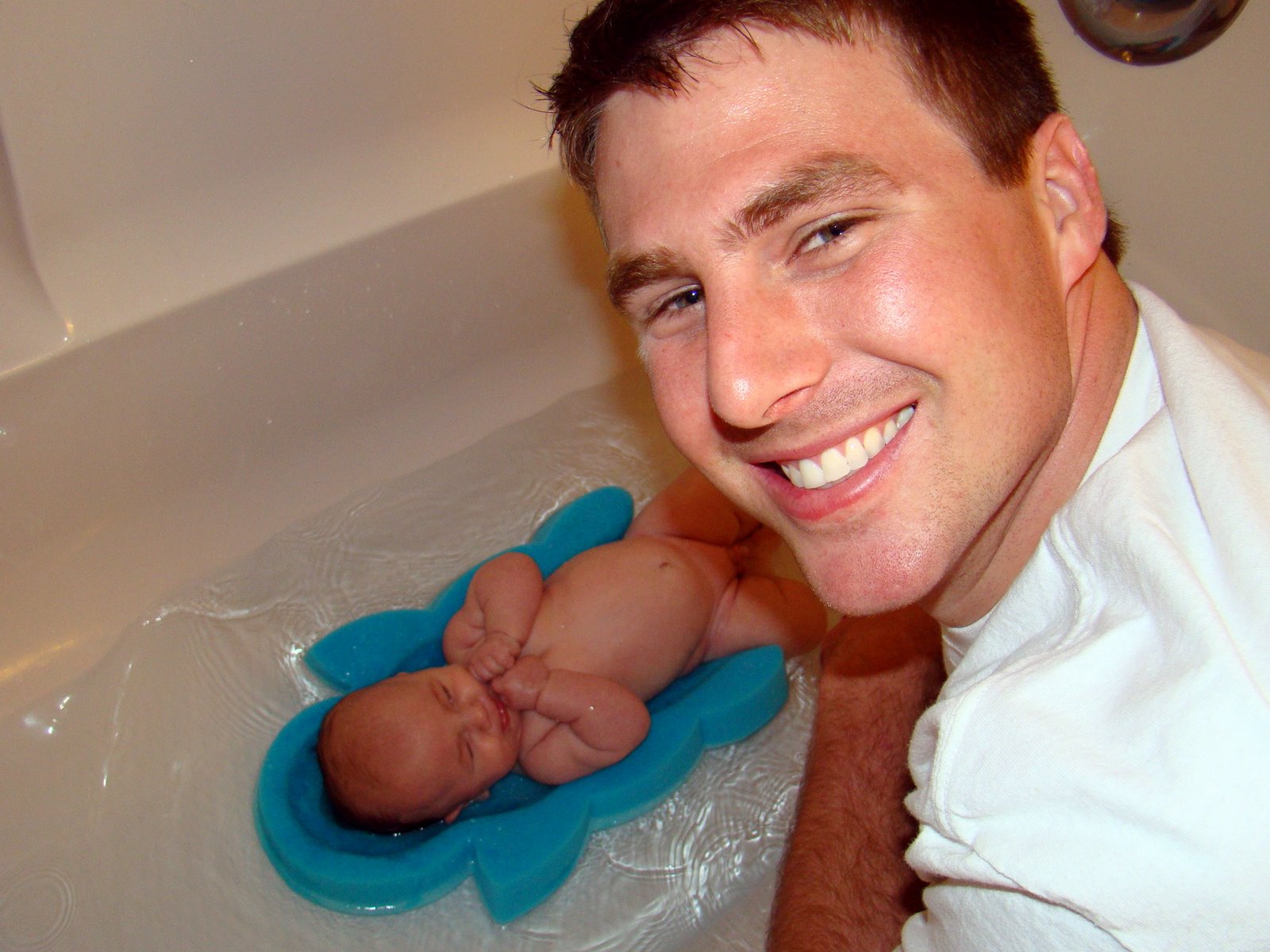 Ashley’s parents went WAY above and beyond what they should have done for us! We really were just excited to get to spend quality time with Ashley and Zach was pumped to go out on the river and golf with her dad. Her Mom went all out though cooking for us every meal! It was AWESOME food and amazing dessert too! 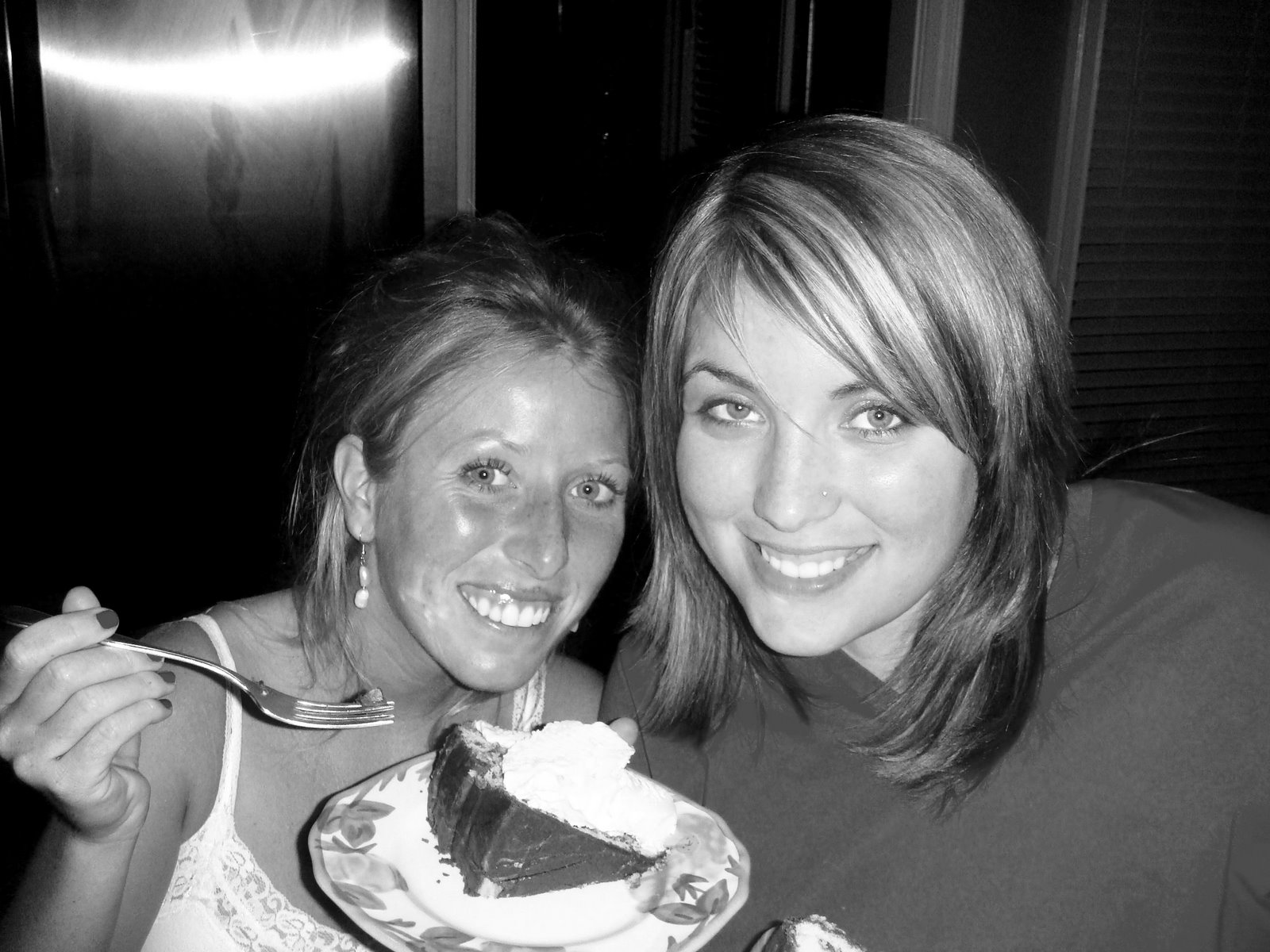 I’m finally getting the hang of the whole travel-with-a-baby-thing and packed bottles for him to eat so I wouldn’t be slowing everyone down having to nurse him. Ashley got to give him a bottle and it was her first time ever giving a baby a bottle! She did a great job 🙂 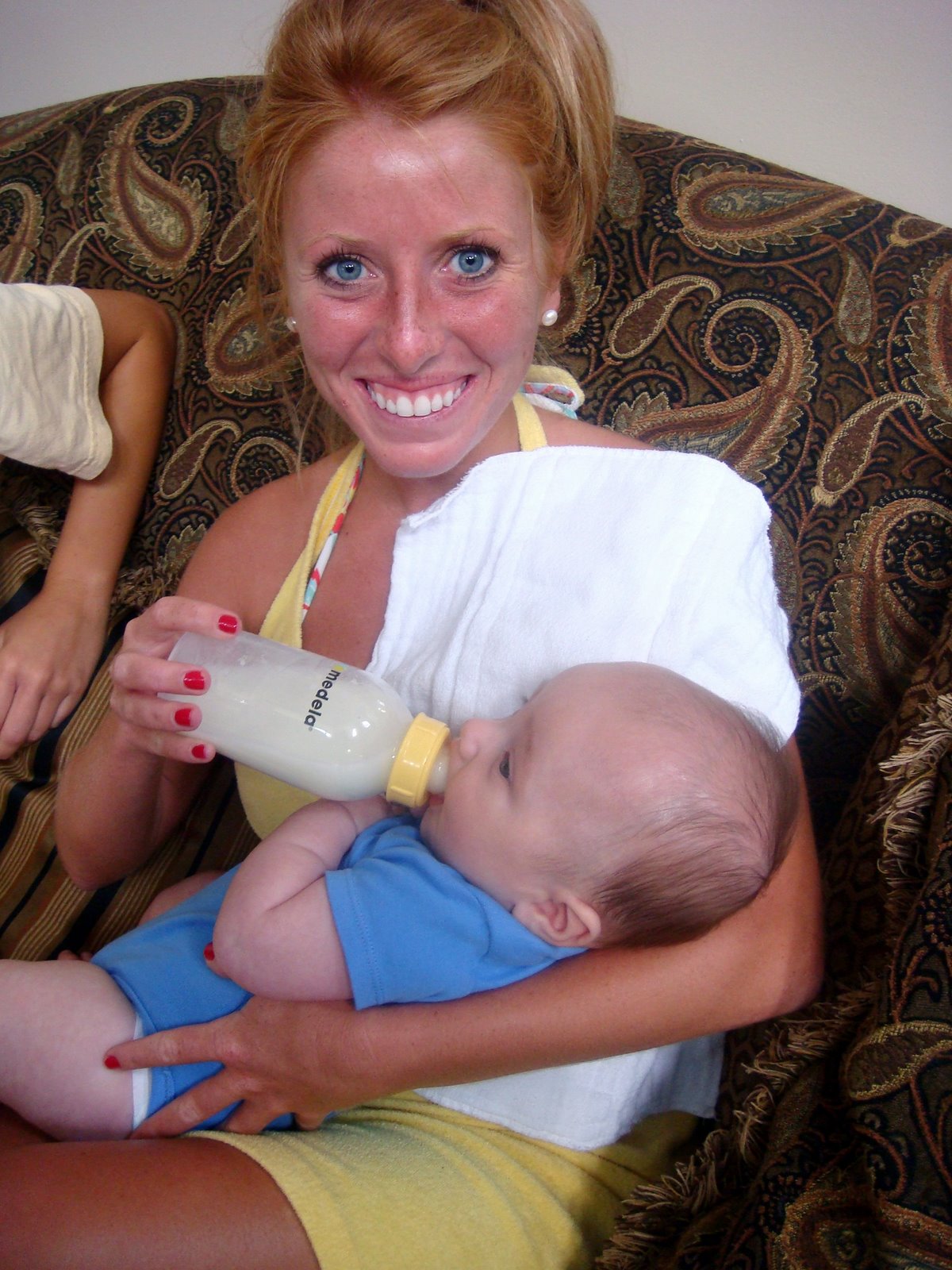 Zach was sooooo excited to go tubing! He seriously was counting down the days until he got to do it so I’m so glad the weather was nice and we were able to go out. Not a surprise to anyone I’m sure, but I didn’t tube. I get motion sickness pretty easy plus my breasts are so tender that I figured all the flopping around wouldn’t be the best for them. But just like how I still have a BLAST at Six Flags holding everyone’s stuff since I don’t ride roller coasters, I still had a great time out on the boat! To me, I just really was looking forward to getting to spend a lot of time with Ashley since I know that I haven’t been able to do as much lately after having the baby! 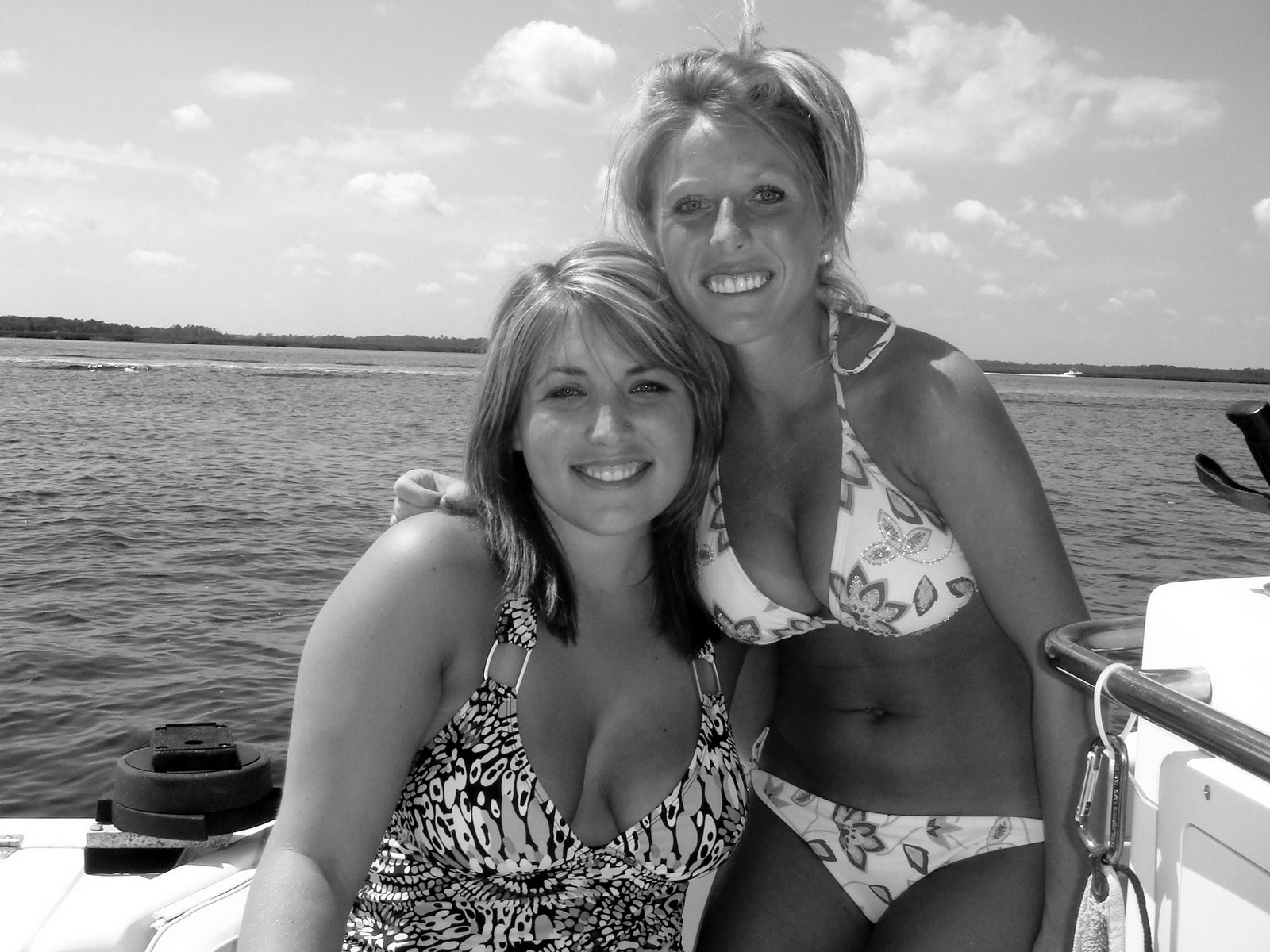 Ashley was a wild woman on the tube! 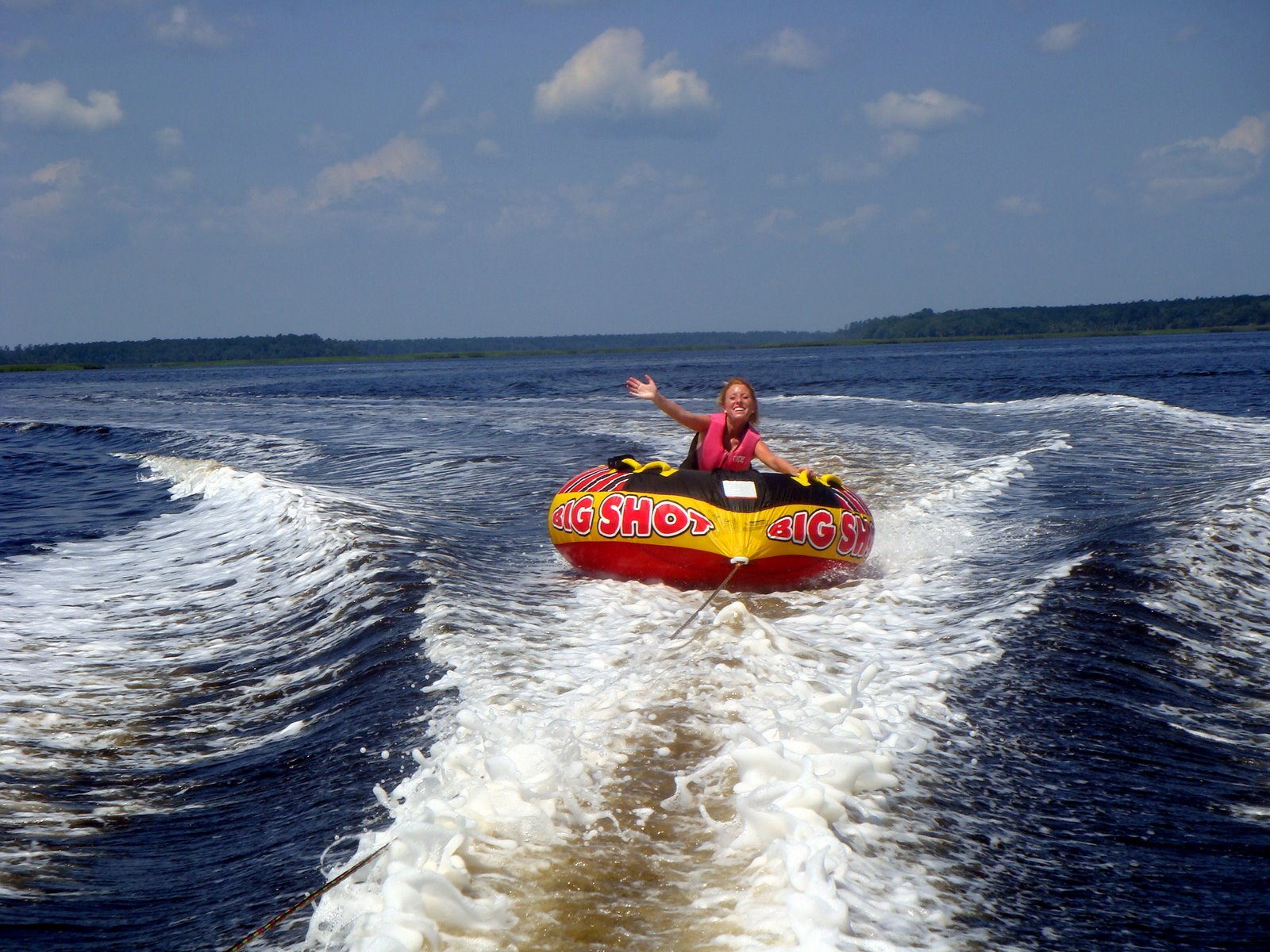 Zach showed off his skills of course! It was SO great for me to get to see Zach having so much fun. He really needs to do stuff like this more often and I’m so thankful he got to do things he enjoys! 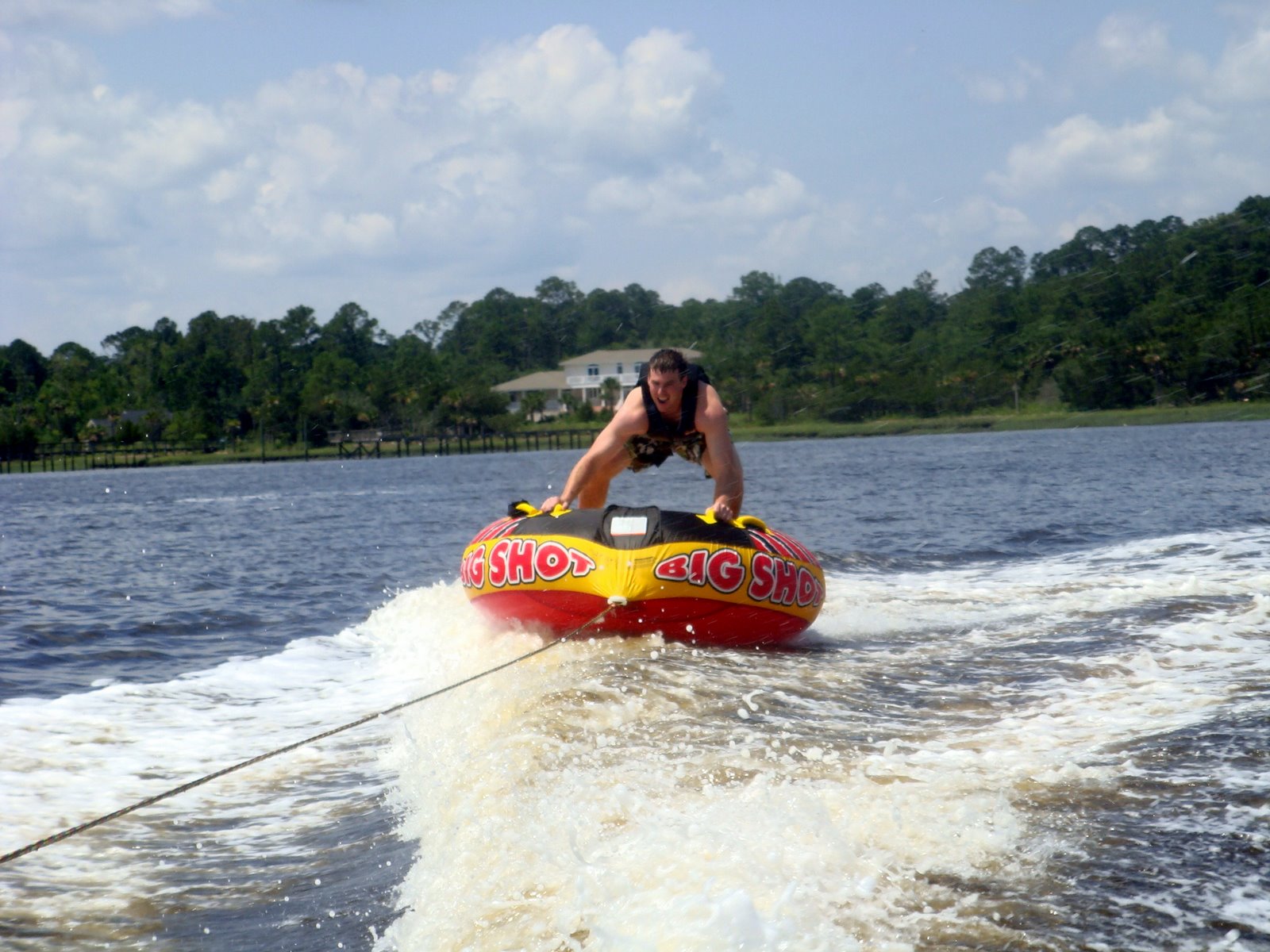 I still can’t believe I had to buy a freakin’ Mom tankini but I still rocked it 🙂 I’m glad Ashley’s sister, Brandi, finally decided to come out with us! We can share a lot of stories as she’s been with her boyfriend for almost three years and he’s a lot like Zach! 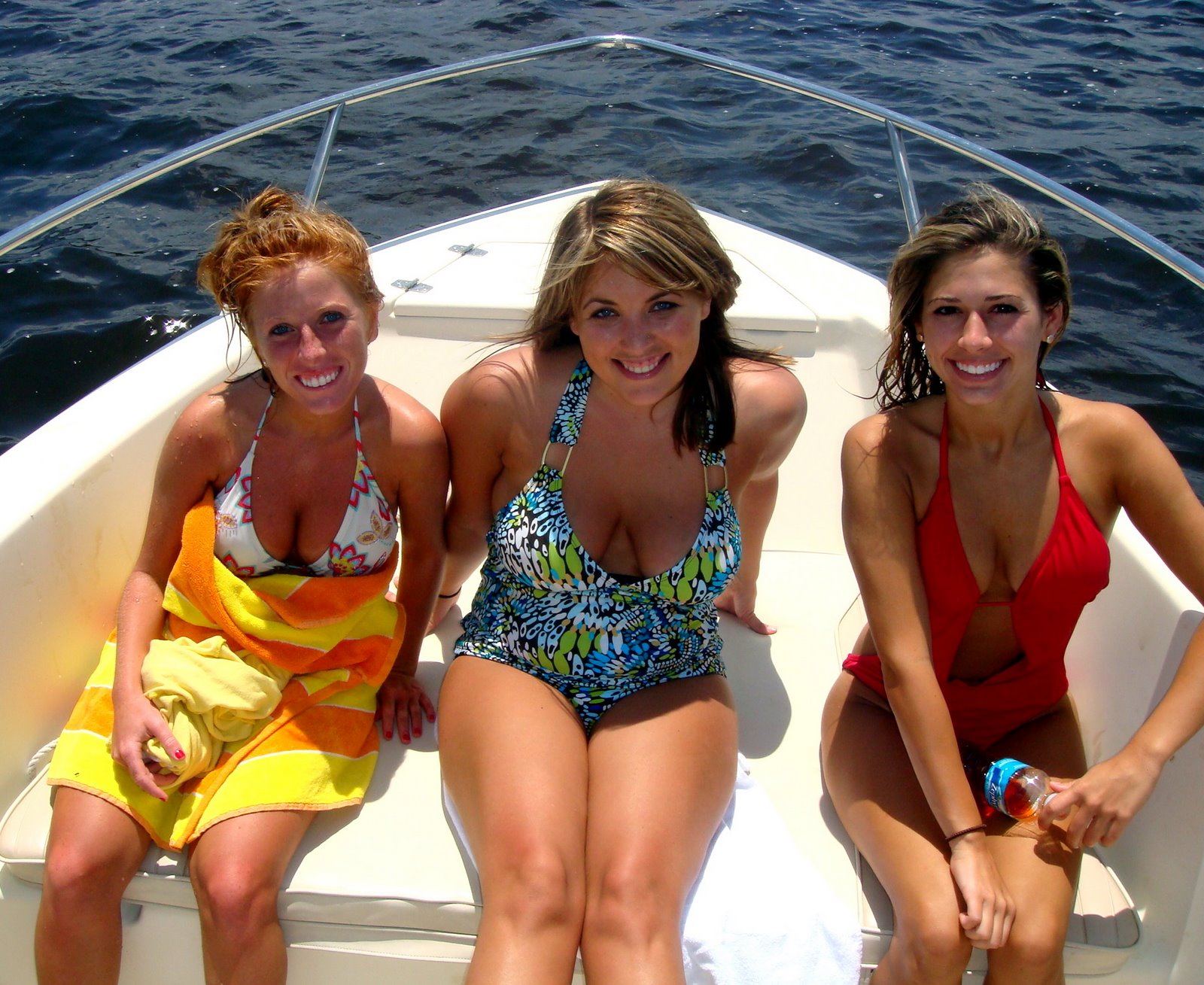 Kye got to stay back at the house with Mrs. Hiott while we were out on the boat. He had amazing naps while we were gone! I couldn’t believe it! We moved his little pack and play all over the place and he slept wonderfully…maybe we should travel more often? 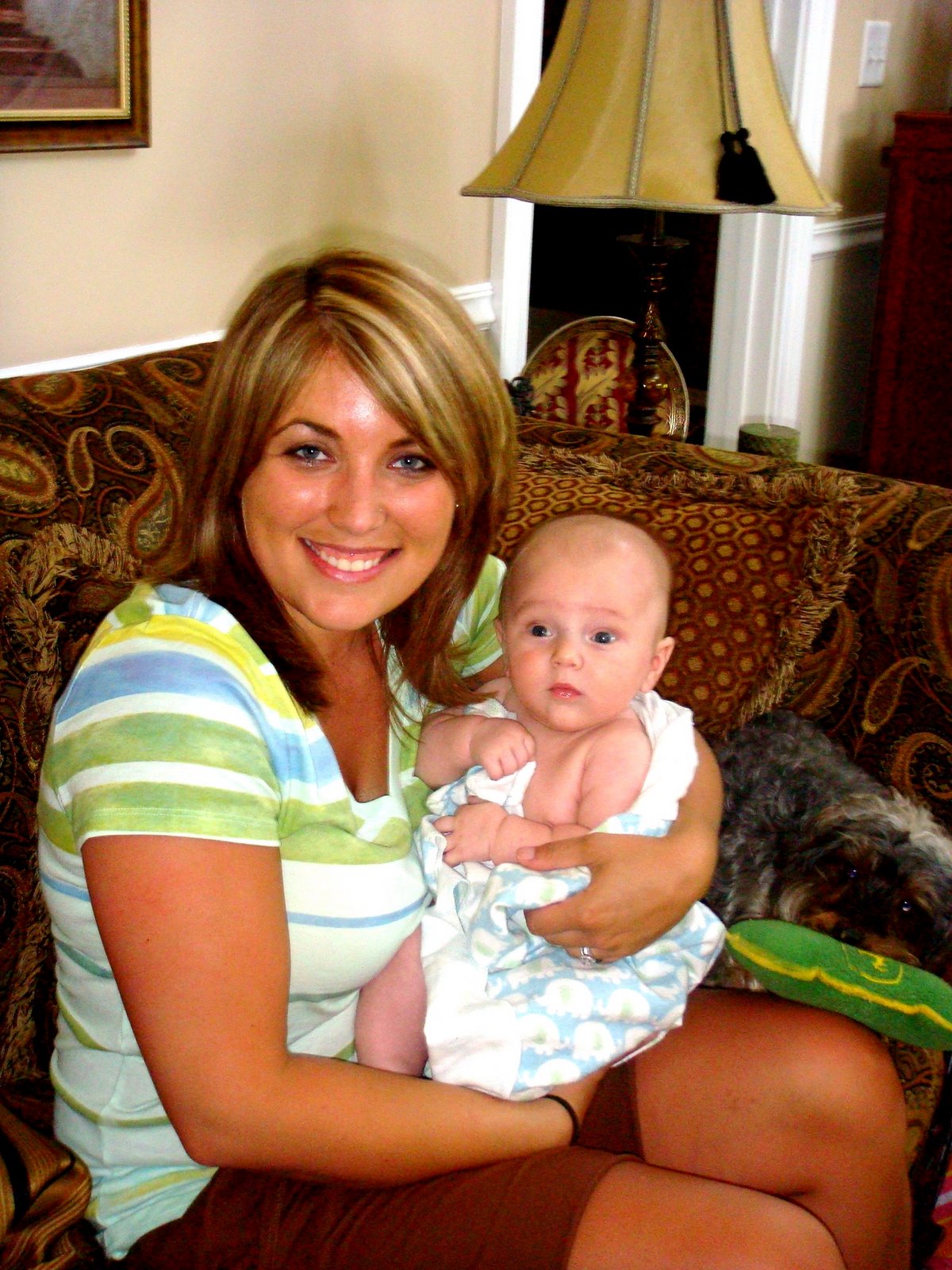 We were planning on going to the pool after the boat but we all were SO worn out and sunburned! Zach got Kye all ready for his first pool outing but the poor kid was exhausted too…and he hadn’t even left the house! He fell asleep before we had the chance to leave and slept like this for almost his whole nap…so funny 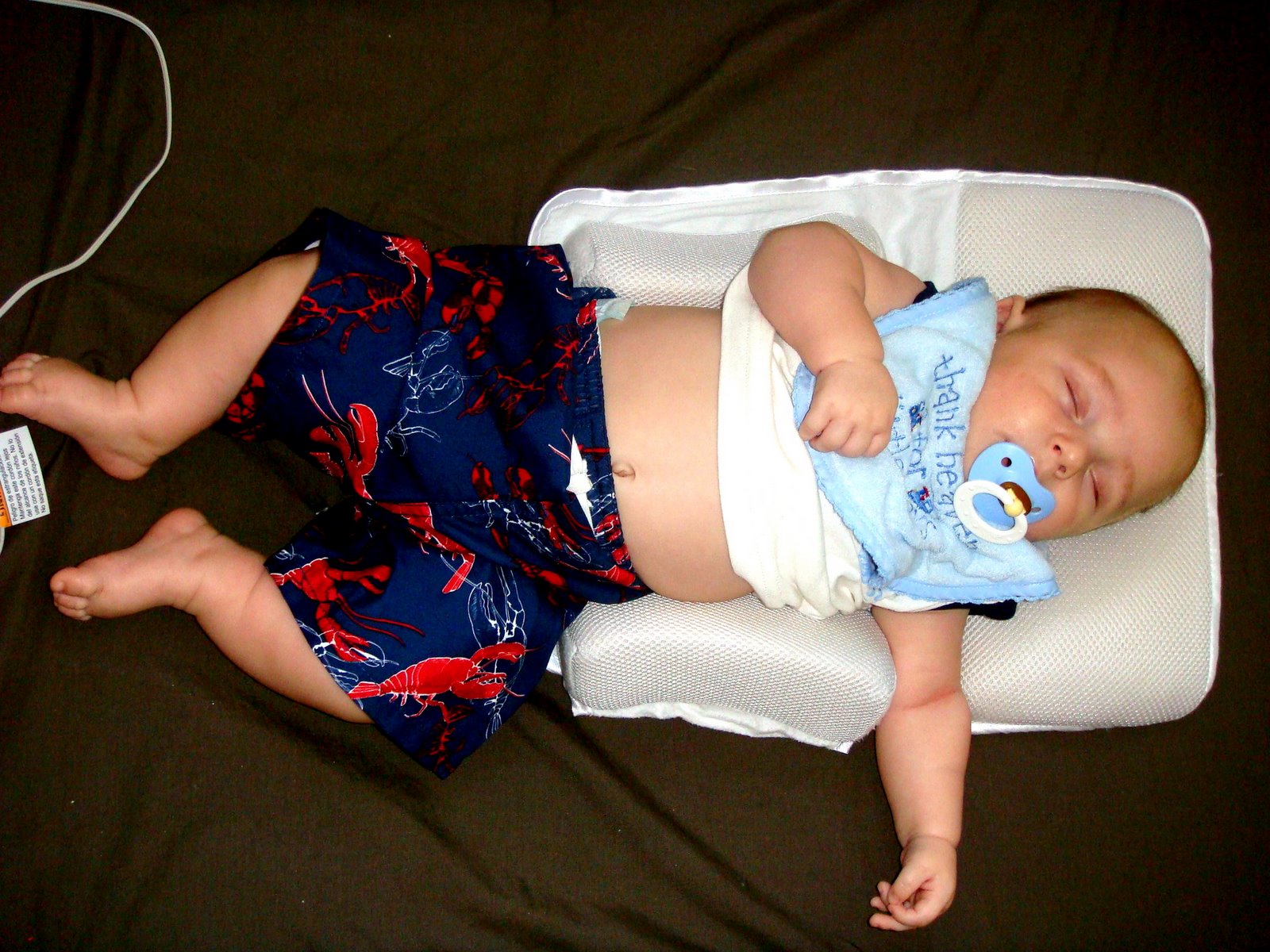 We enjoyed the afternoon Saturday just relaxing and watched a movie (Taken). Mr. and Mrs. Hiott prepared a feast for dinner! Then Sunday the guys went golfing and us ladies went to lunch in St. Simon’s. There are a TON of cute places downtown and I’m excited to go there with my family later this month!

Ashley said she was glad we came because she really got a better opportunity to bond with Kye which I think is wonderful! It’s hard right now because his schedule and he’s usually asleep whenever I see her…so staying with her gave her a chance to see how adorable he is awake! 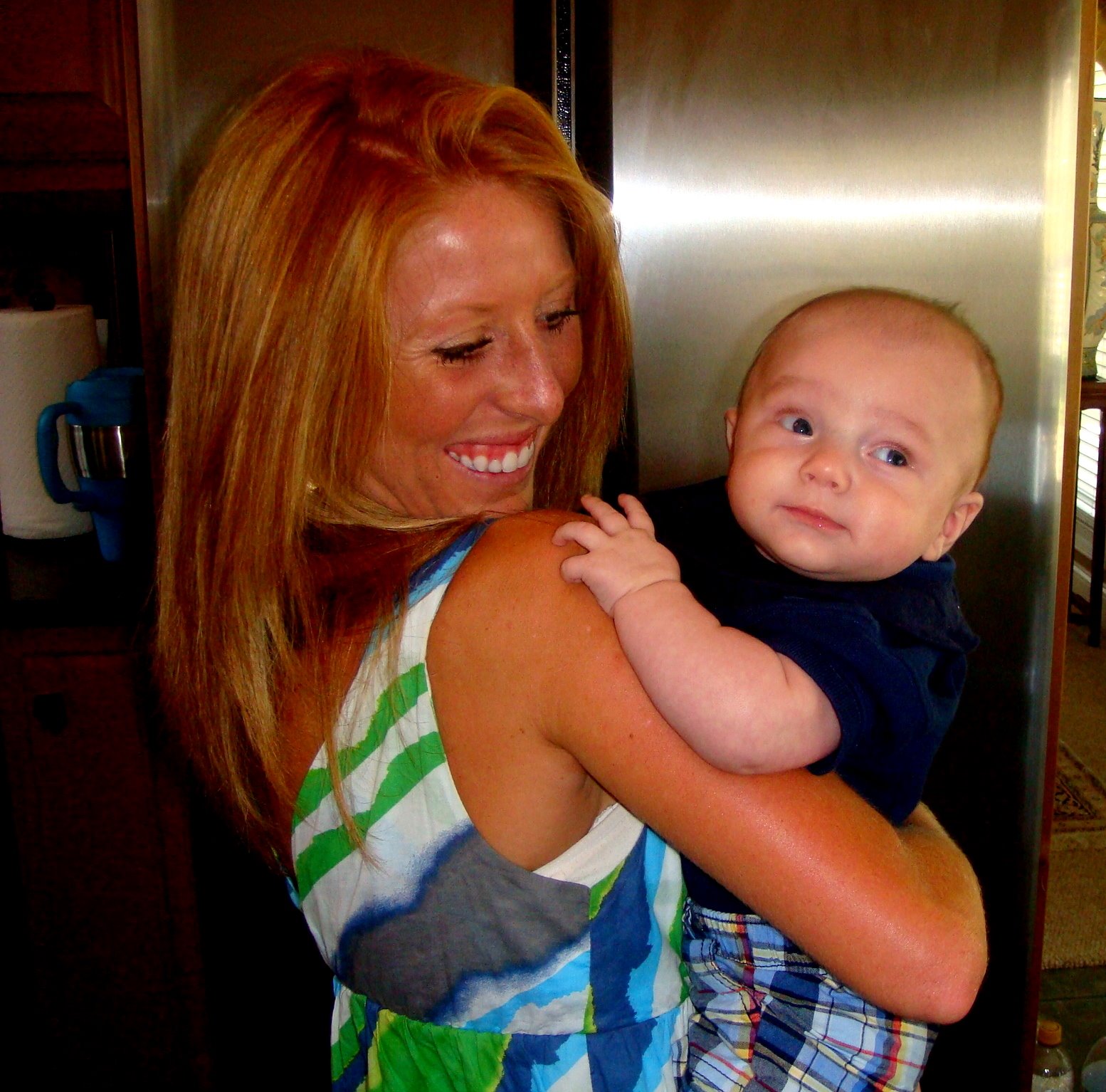 Even Brandi and Richard enjoyed Kye and I’m so glad he’s an easy baby (so far at least) who will go to anyone. 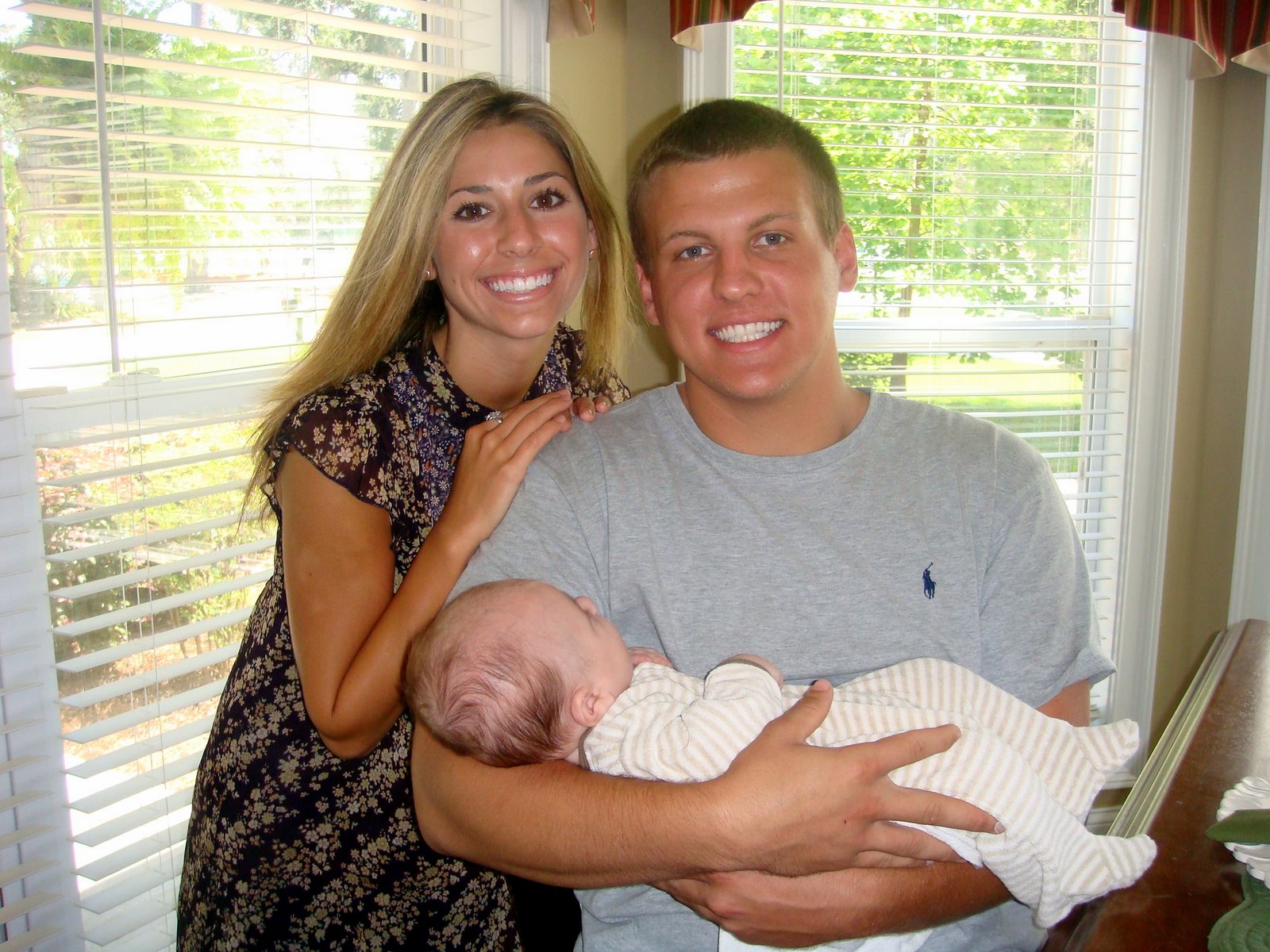 It was SUCH a fun weekend and we really tried to be the best guests we could because we really hope to be invited back someday haha! Zach bonded with Mr. Hiott a lot which was nice as Mr. Hiott has two daughters so he’s always stuck with women! Zach enjoyed the guy time too as he’s always stuck hanging out with me, Katie and Ashley!

The first night we got there Mr. Hiott went on and on about his dreams of joining a carnival (no joke) and selling his famous shrimp gravy. After that we all couldn’t stop talking about the “Gravy Train” and Zach made up a jingle for him to use when he joins the carnival!

Ash and I kept singing it over the weekend and decided we had to tape it! Mr. Hiott was such a good sport to be in it and Mrs. Hiott came up with the idea for the pot and spoon haha! Hilarious:

I don’t think I can say enough how appreciative we are to the Hiott family for having us and what an amazing time we had! We’re so lucky to have Ashley for our friend and I’m proud of us for still being such good friends when so many people thought we wouldn’t make it once I had Kye! Proved you wrong!!! haha! 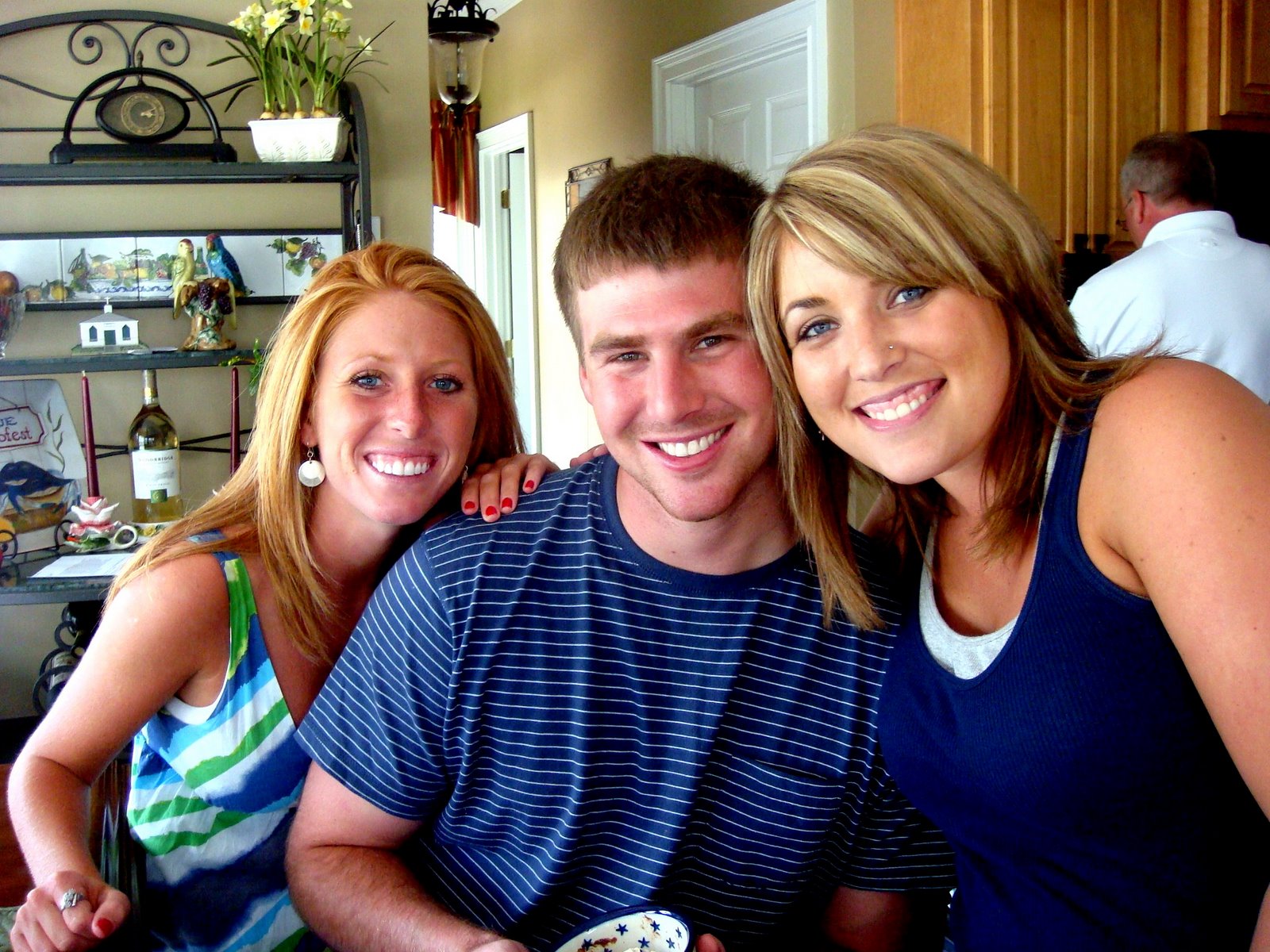