When I first read Dave Ramsey’s The Total Money Makeover

it became a life changer. It’s my favorite gift to give to people who are graduating or, heck, even getting married. I wish I’d read it when I was in college. I wish I could go back and undo a lot of the choices Zach and I made financially early on in our adult lives. But you can’t go back! We keep our focus on what is ahead and these past couple of years have been so amazing now that we are in control of our money!

You can read about how our journey started here! Our first step was to pay off all of our debts. We didn’t have student loans or credit card debt, we had medical debt. Being self employed our major medical coverage is never that stellar. Between babies, and back surgeries, and foot surgeries…medical debt adds up quick. Up until we started the Dave plan we were paying the lowest monthly amounts possible. We also had a couple personal loans we were paying on. We snowballed it all and paid it ALL off FAST.

The next step was still paying of debt…it was our goal to own my vehicle. We knew we were going to want a van with baby #3 in the works so instead of paying of the vehicle I had at the time, we poured money into a savings for the van. When the time was right we traded my vehicle and used that savings on a BIG downpayment for the van (you can read about my move to “van mom” status here!) In just ONE year of following the advice in The Total Money Makeover we were able to pay off all our medical debt, personal loans, and put down half the cost on the new van. Pretty amazing!!!

I was originally hoping to have enough to pay for the van upfront but my foot surgery slowed down our ability to have that much in savings. Instead we were laser focused on paying off the van ASAP. Every month we poured money into the van. Every extra penny we had went towards it. The beauty of the “snowball” effect is that as you pay things off you use the money you were spending on that debt towards the next debt. Since the van was the last debt we had (we decided to just always keep a car payment for Zach) we had a LOT of money snowballed at that point to dump into it!

I have NEVER been more excited to write a check than when I wrote the LAST check to Honda in Jan. We bought the van in March and had it completely paid off within 10 months of purchasing it! I’ve NEVER owned my own vehicle. It’s an AMAZING feeling (even though, technically, Zach owns it! Haha!). We are hoping to keep the van for many, many years. I won’t say we will “drive it till it dies” because I’m big on safety and don’t feel okay riding around with my kids in an “almost dead” vehicle. But it’s a Honda so I feel confident it’ll be lasting a solid 8-10 years? And even then they hold their value well so I’m hoping to still sell it and make a little something to put towards the next car (which by then may be a full sized van haha) 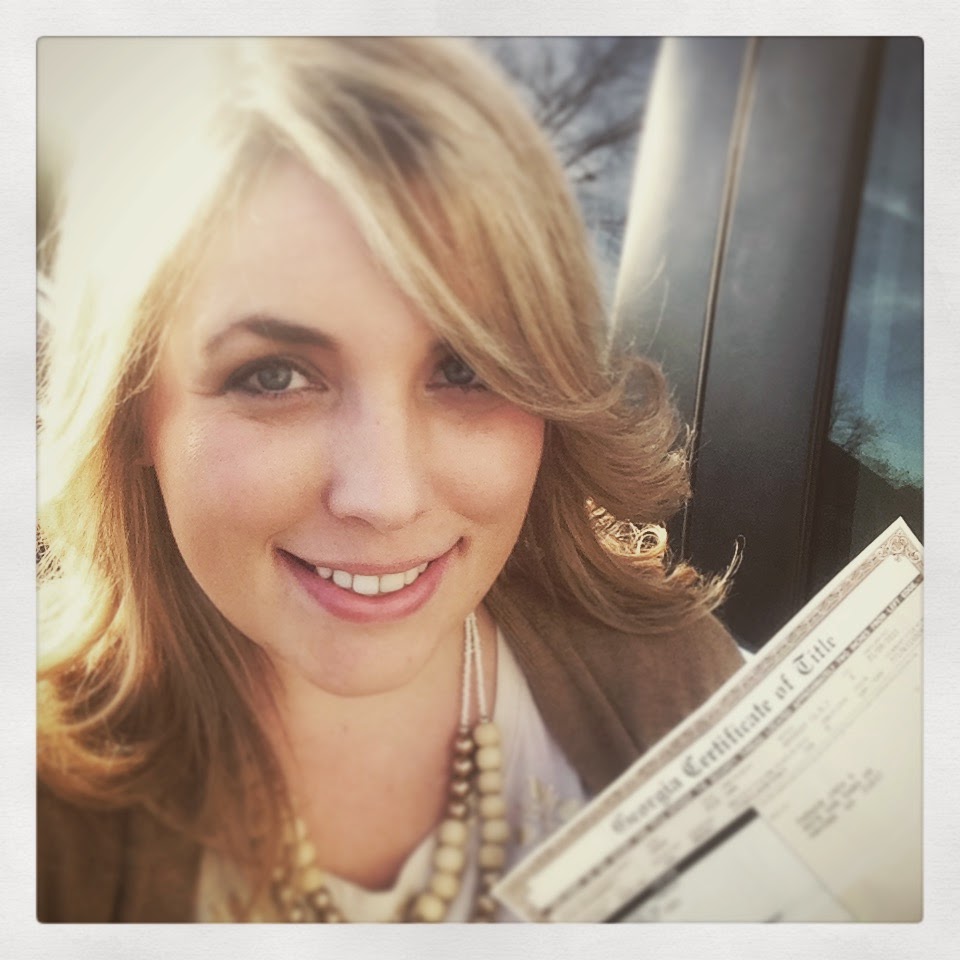 Now that the van is paid off we are finally ready to move to Step 2 which is to have 6 months of living expenses in a savings account. Since Zach is commission only it’s important to have 6 months (rather than 3 which is what Dave recommends for most people). We have a disability policy on him that picks up at 6 months so once we have the 6 months in savings we will have a great cushion! It’ll be such a big peace of mind for SURE! After that we then start saying for retirement and finally saving for our kids. It really, really was hard for me to gut their savings accounts when we started with Dave. But I trust the system and know it’ll pay off in the long run for them! If you have small babies, or no babies, it’s really awesome to start spending smart NOW. I wish we’d been spending smart all along b/c then we’d be soooo much further ahead than we are currently!

I have to brag for a second! I got the The Total Money Makeover for Casey and Jordan when they graduated from college and they have REALLY lived it. I’m totally envious of them!!! They have been ahead of us on the steps for awhile now and it’s SO inspiring to see them pay with cash everywhere they go. We haven’t done the cash system (we legit pay off the credit card every month, keep track of our spending on a budget app, and use the rewards points) but I see WHY it works! Casey and I went out to dinner towards the end of the month and she paid with change. I LOVED it! It really does make you think more on your spending when you pay in cash…and especially when you’re at the counter counting out nickels and dimes 😉 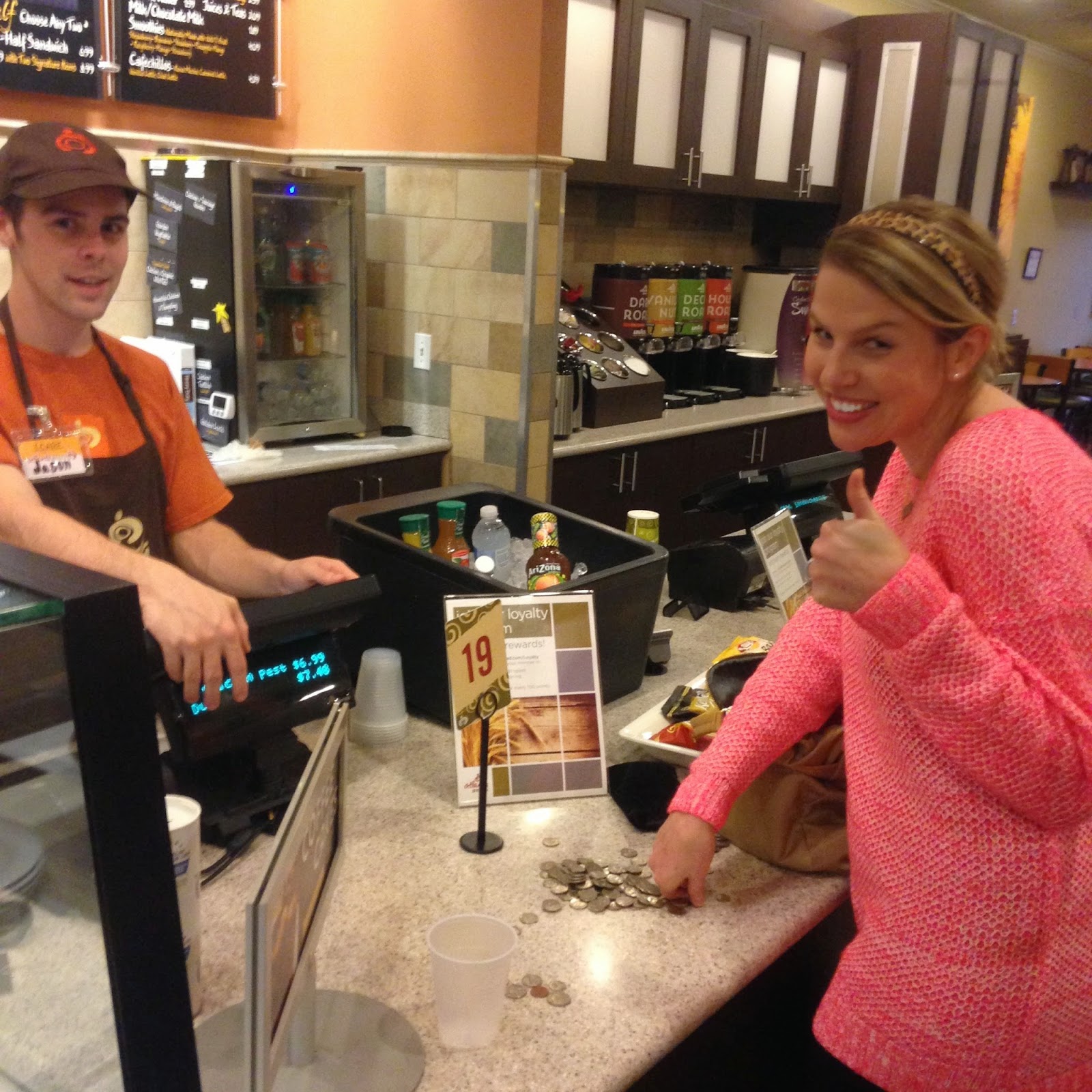 Since that night with Casey I keep thinking about how we do probably spend more because we have the credit card. Even though (most months) we stay within our budget…I wonder how much we could be saving every month if we did the cash route? I’ve been thinking on it a lot and trying to figure out how we could make it work and still be able to earn the rewards! We are saving the rewards to pay for our airfare for our 10 year anniversary trip so I don’t want to give up on them either!

I am REALLY excited about moving forward with our goals of financial freedom! We have been looking into meeting with a Dave Ramsey certified financial advisor and once we have that 6 months of living expenses saved up we will be meeting with someone to chose the best routes for retirement and our kids’s savings!

If you are further along on the “Dave Steps” I’d love your input and advice! I’m a total nerd when it comes to getting debt free and love talking about it. If you don’t own The Total Money Makeover
then I can’t recommend it enough!!! I’m super thankful I read the book and that Zach has been so on board with following it! I can’t wait to see what this year will bring in our golds for financial freedom!